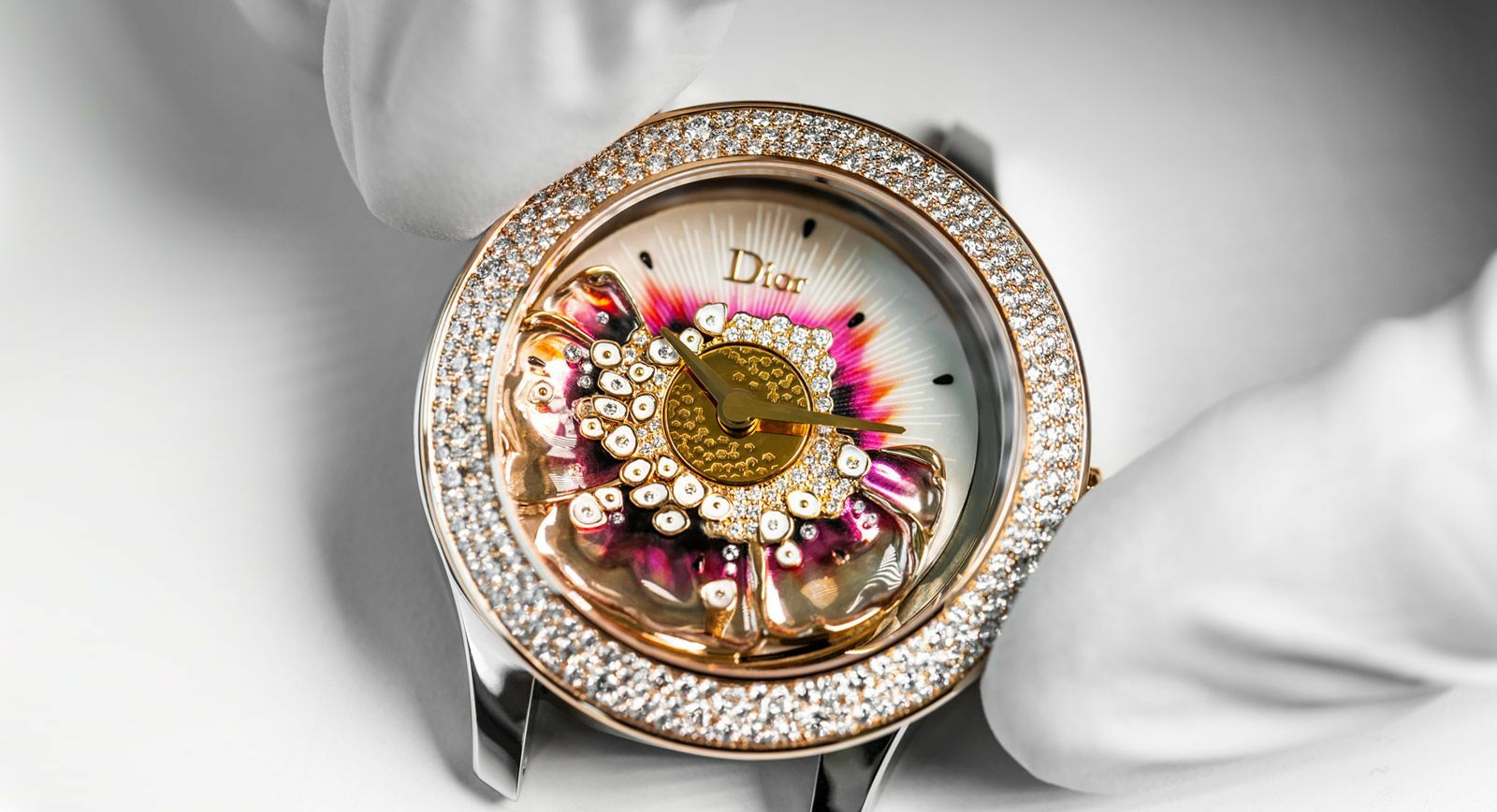 Fashion house Dior was founded in 1946 by fashion designer Christian Dior and his friend Marcel Boussac, but it was not until 1955 that we saw the first jewellery from Dior, and not until a further 20 years later that we saw Dior’s first watch. The production of an exquisite chronograph was in itself a bold and revolutionary step for the time, but Dior went further: their whole collection was annually replenished and invariably filled with intrigue and marvel – something which is no small feat, even by today’s standards. I want to draw your attention to two new items from Dior’s latest watch collection: ‘Dior Grand Bal’. 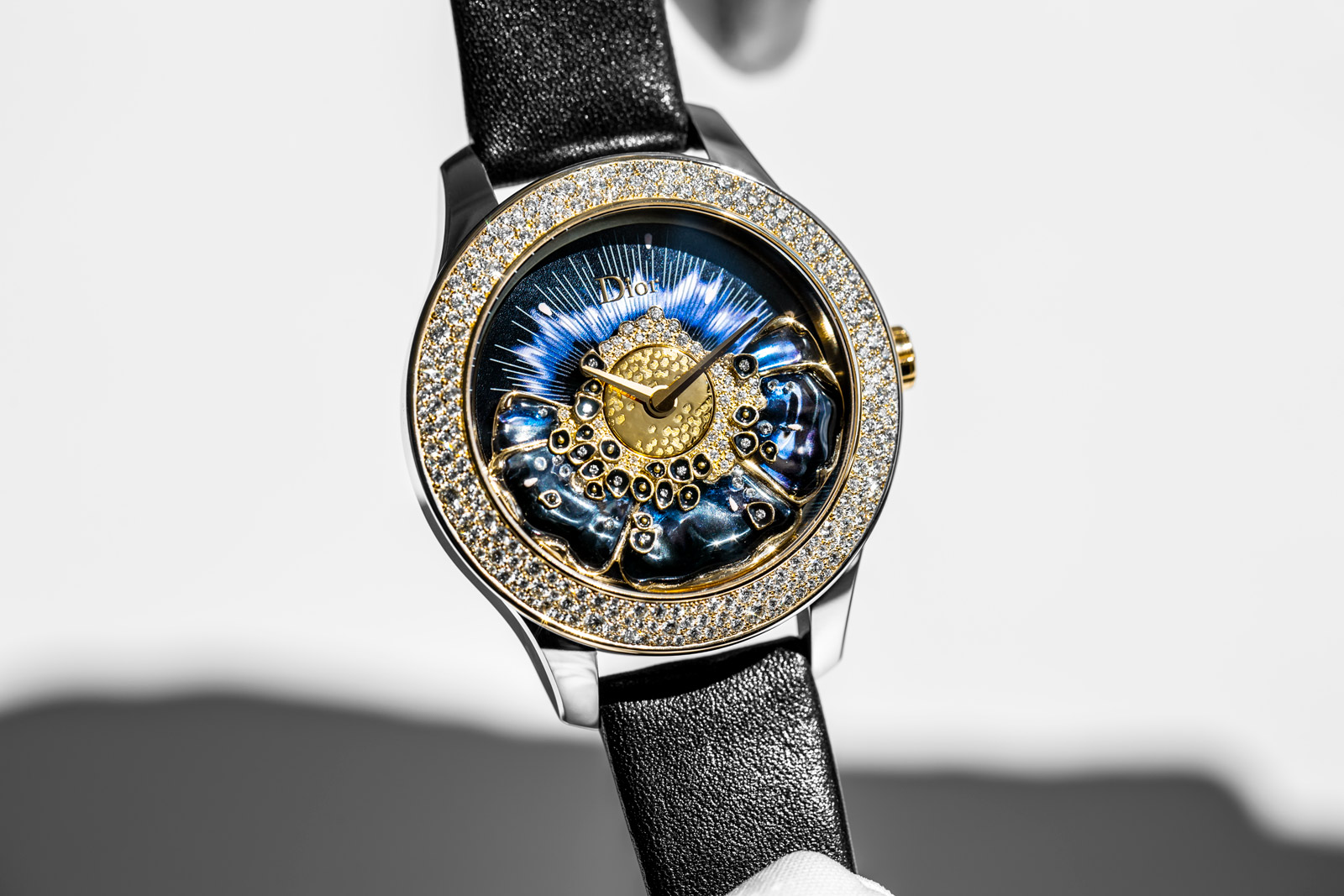 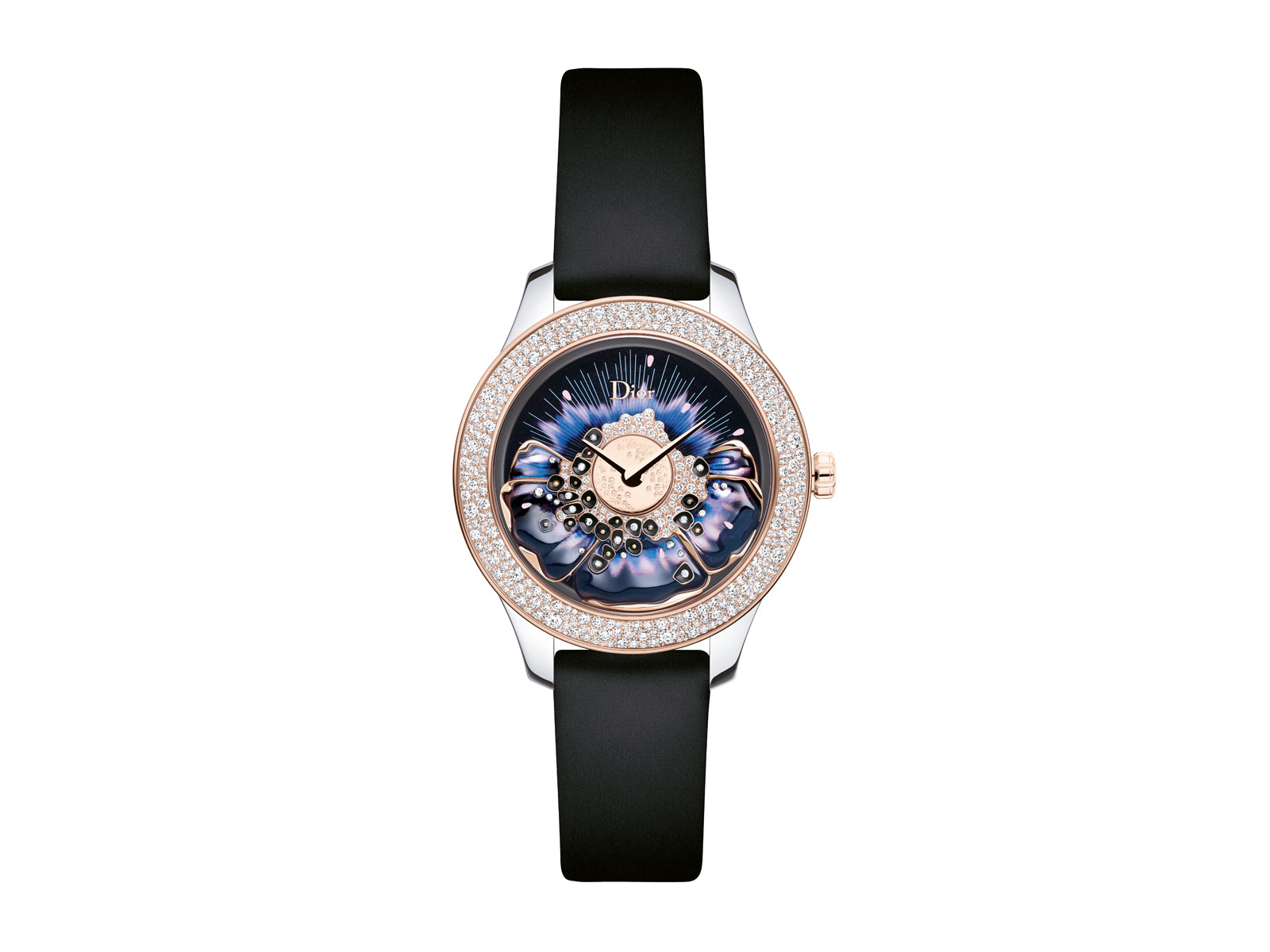 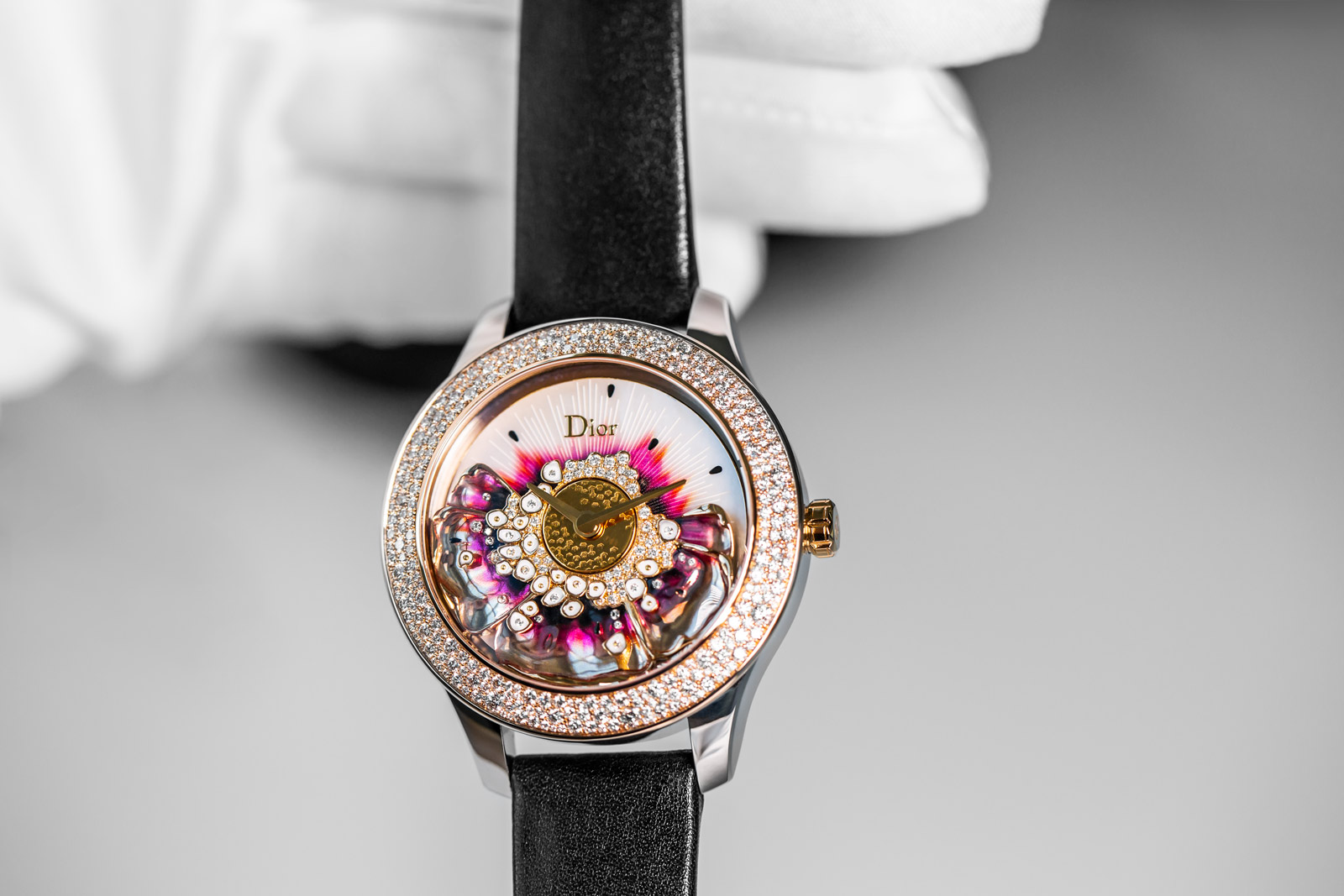 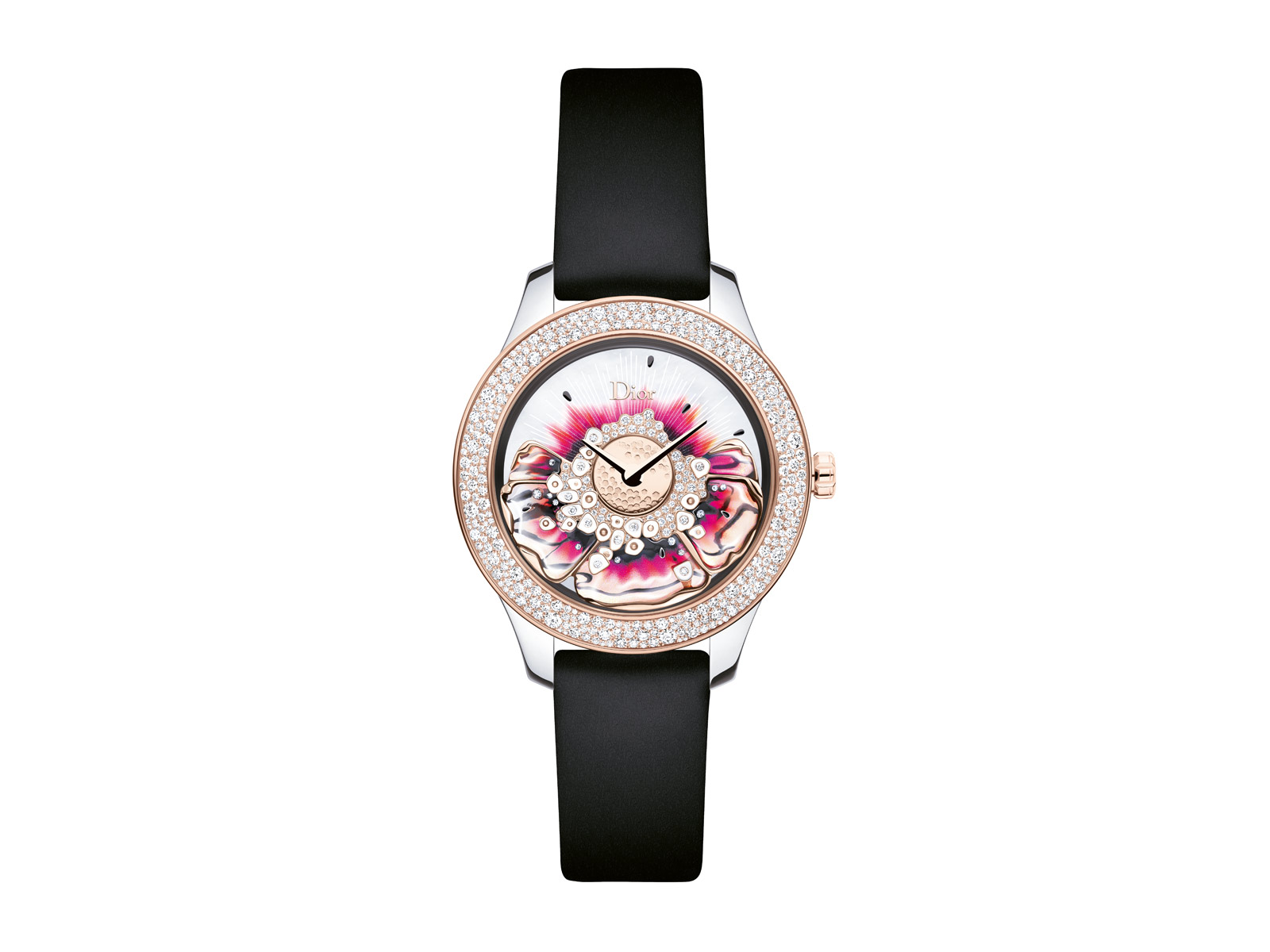 Every piece of this collection is equipped with a signature calibre that distinguishes them from the models of other lines. This calibre is a functional rotor – the ‘Dior Inversé 11 ½’ – that is located on the side of the dial and which resembles a ball gown, spinning in dance.

Like wondrous architectural gowns composed of satin, lace and taffeta that are conceived in the workshops of Haute Couturiers, past ‘Dior Grand Bal’ watches were decorated with gold thread, mesh, silk, feathers and precious stones. A few exotic variations adorned with the elytra of scarab beetles and butterfly wings were presented to discerning horologie and haute joaillerie fans. Without doubt, this is where the technology of watchmaking harmoniously fuses with the qualities of femininity and beauty. 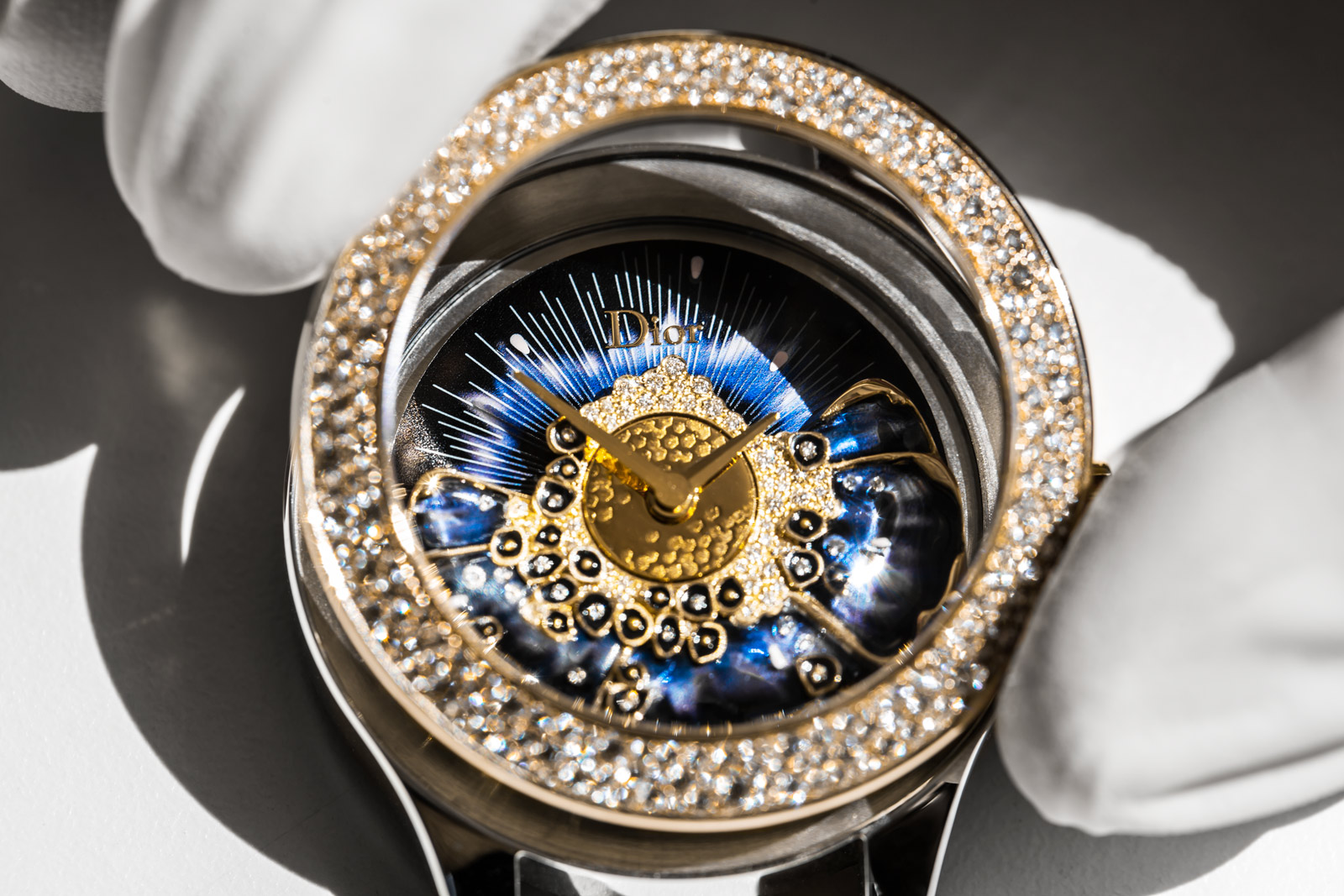 Exceptionally refined, and perhaps often unexpected materials provide Dior designers with not only an eclectic variety of colours, but also with glorious textures - which makes it possible to transfer truly daring scenes and fantasy landscapes onto the watch face with astonishing detail. What do these scenes and landscapes depict? Christian Dior's favourite themes are grandiose balls and the magical world of dance, as well as the exquisite flora and fauna of lush gardens.

More recently, the public’s recognition of the ‘Dior Grand Bal’ collection has been augmented by two exhibitions inspired by the magic and beauty of flowers entitled the ‘Dior Grand Bal Miss Dior’. However, the true heart of the watches remains the ‘Dior Inversé 11 ½’ calibre – seen in these exhibitions with a fluctuating weight installed over the dial. Thanks to the skilled craftsmanship of the masters at Dior, the weight and the dial acquire the natural beauty of a flower in full bloom – one in shades of pink, reminiscent of the joy of a spring day – and the other in blue tones, capturing the moon’s reflection on the buds of the flower. 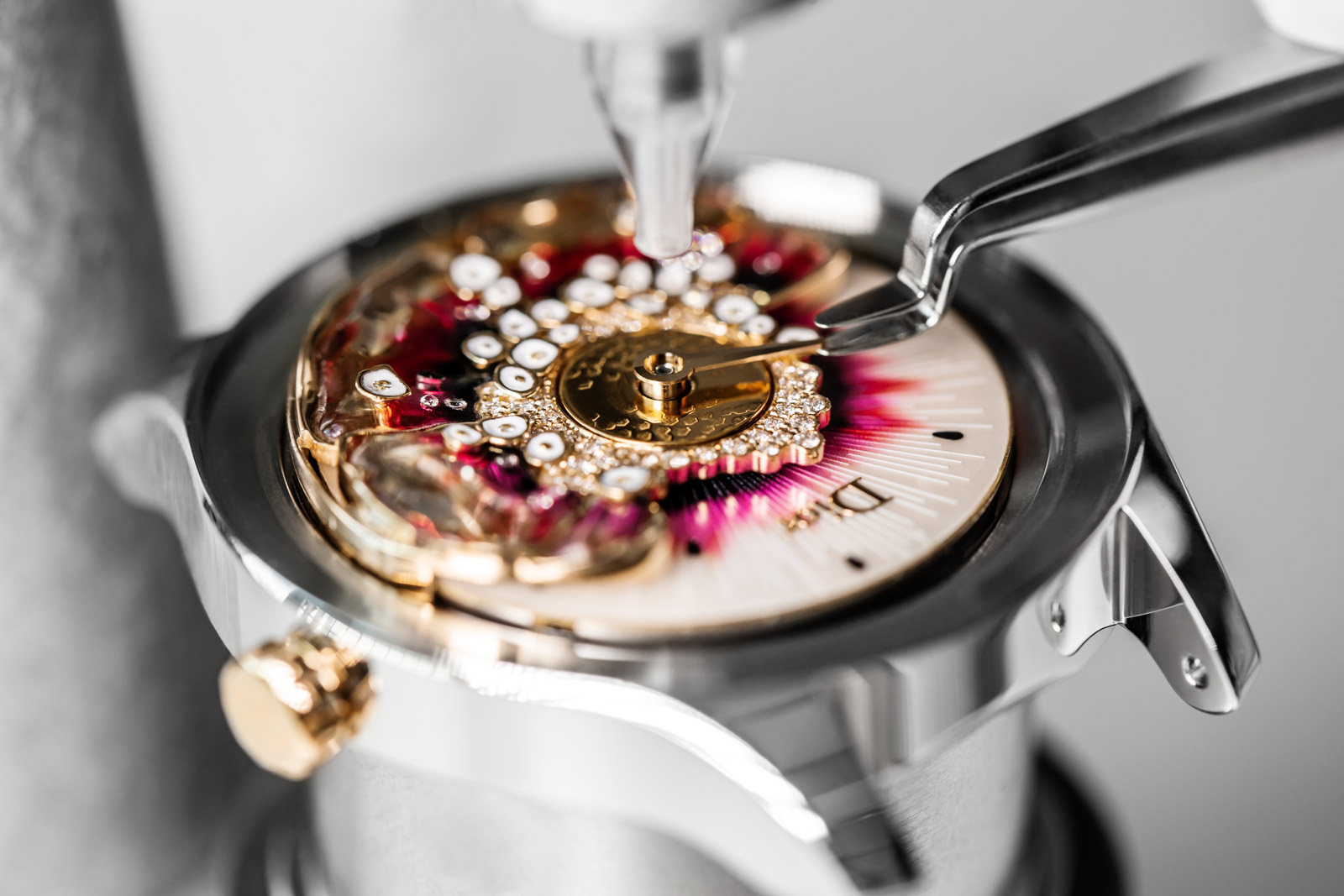 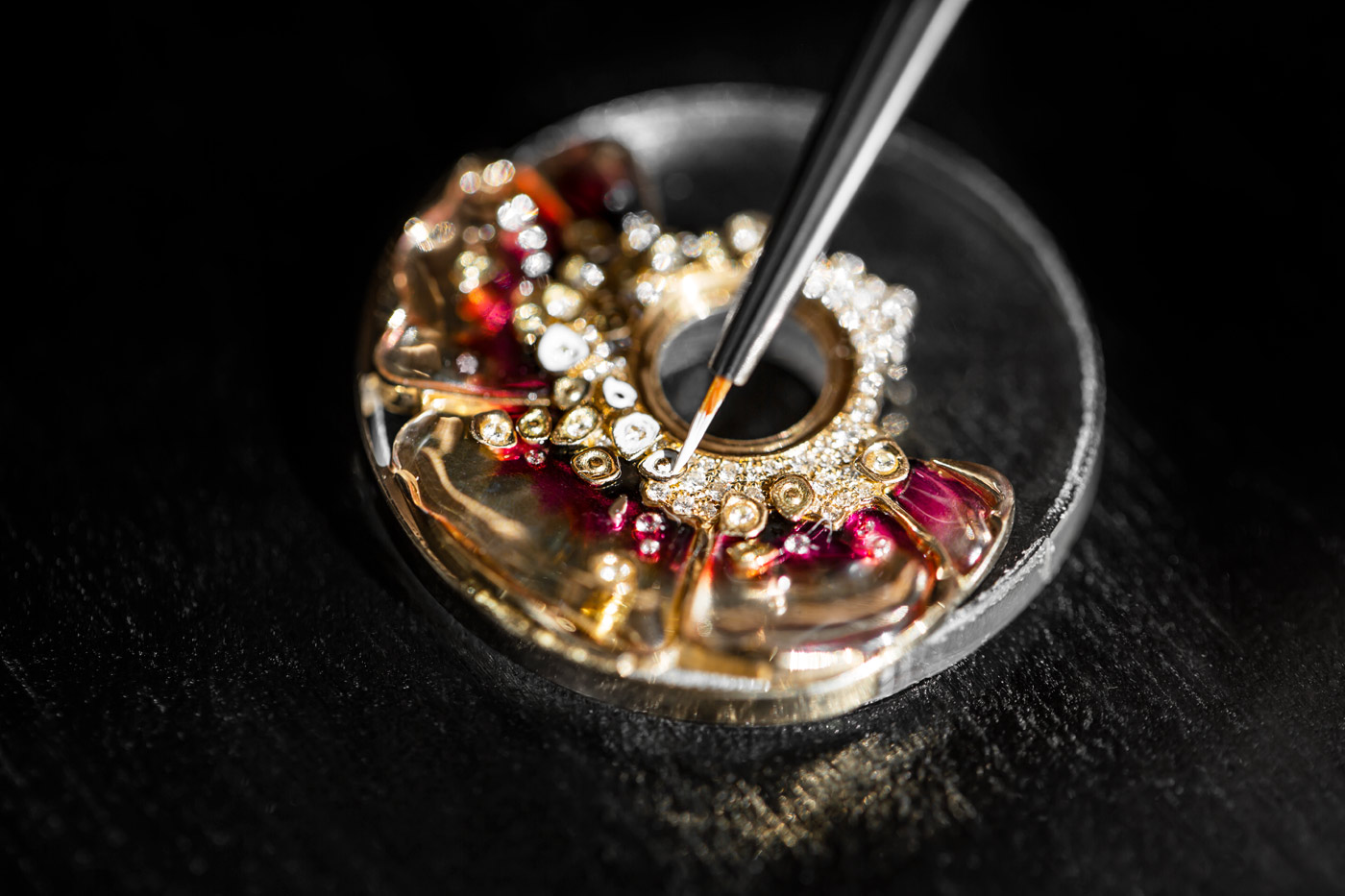 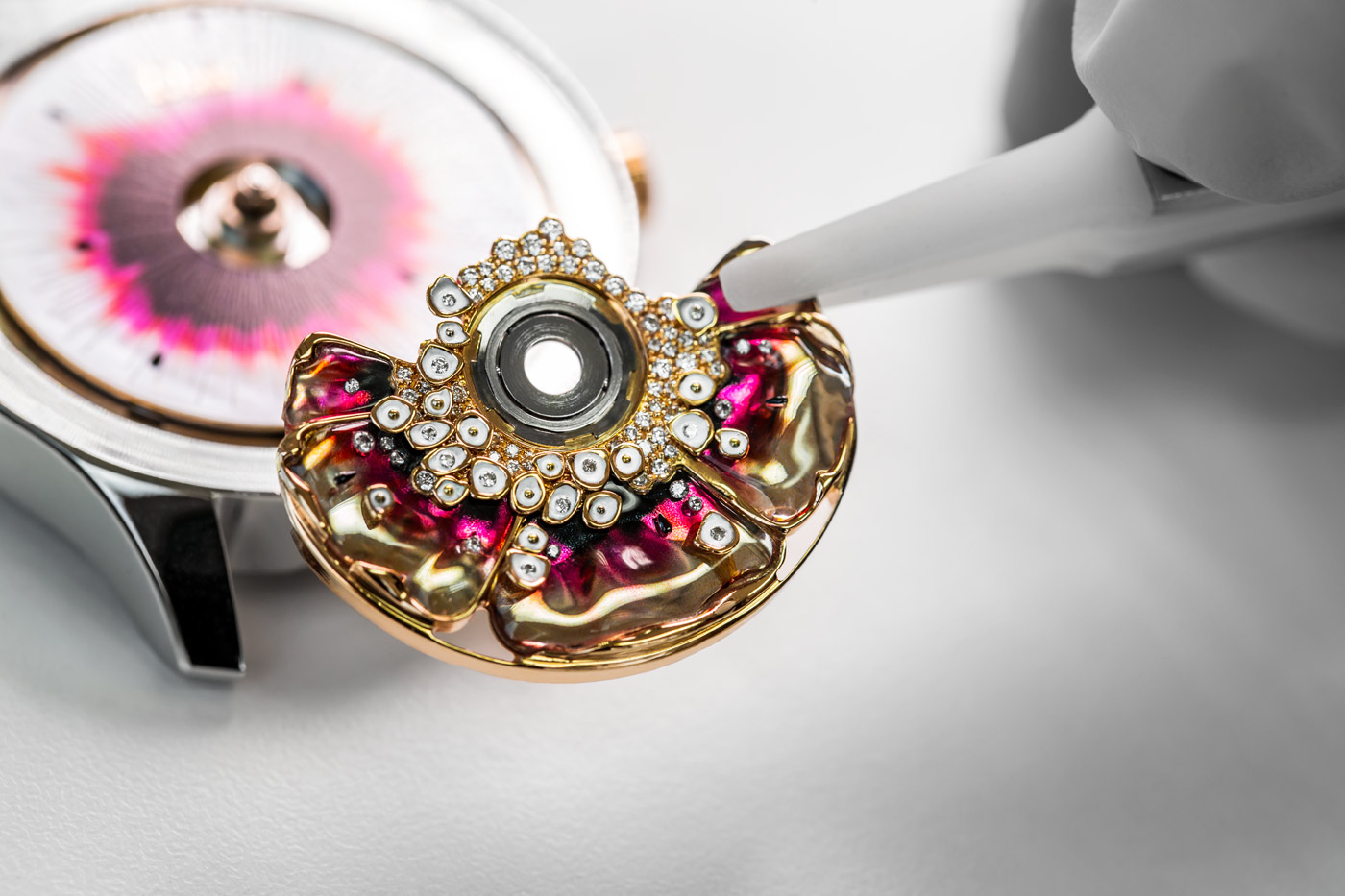 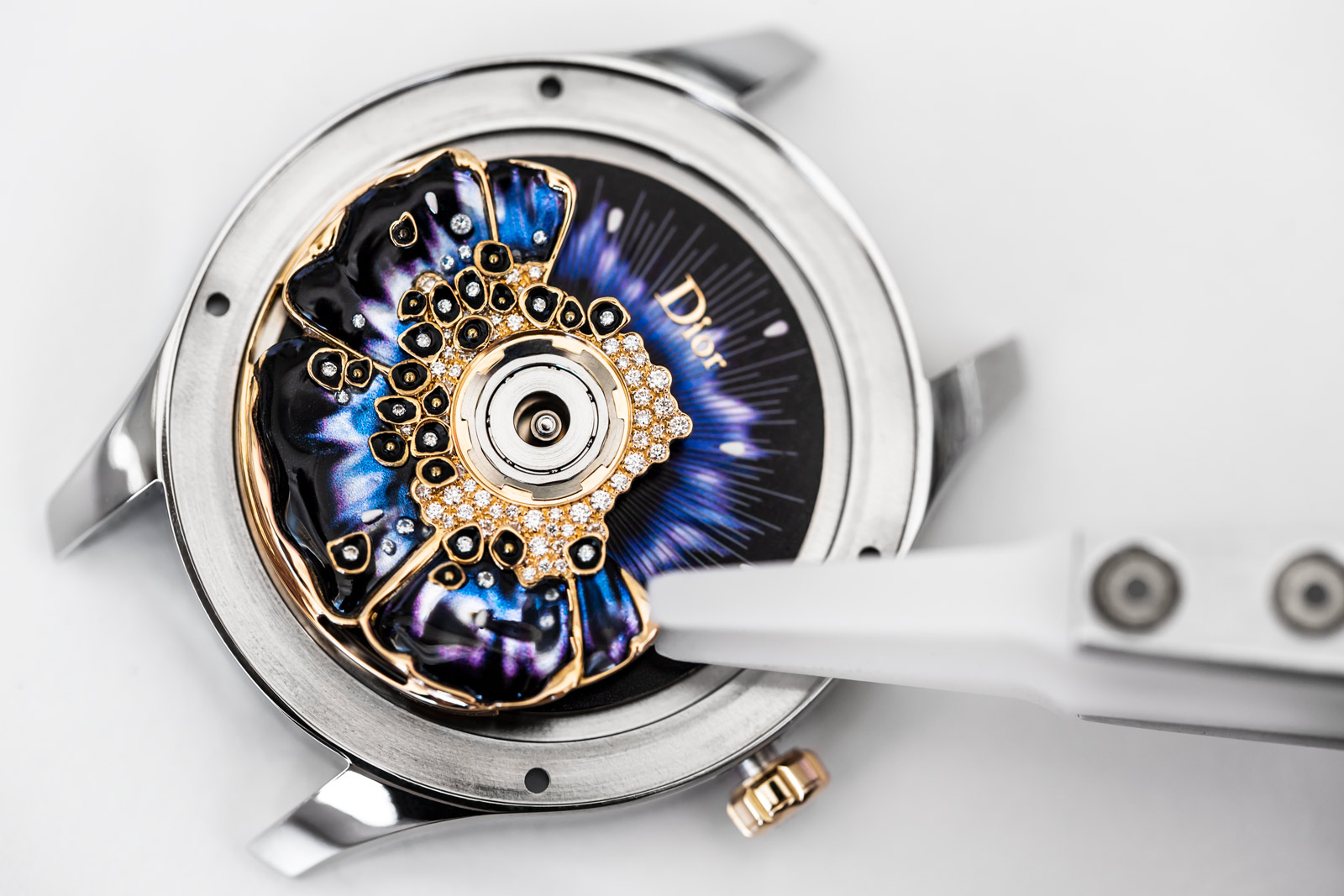 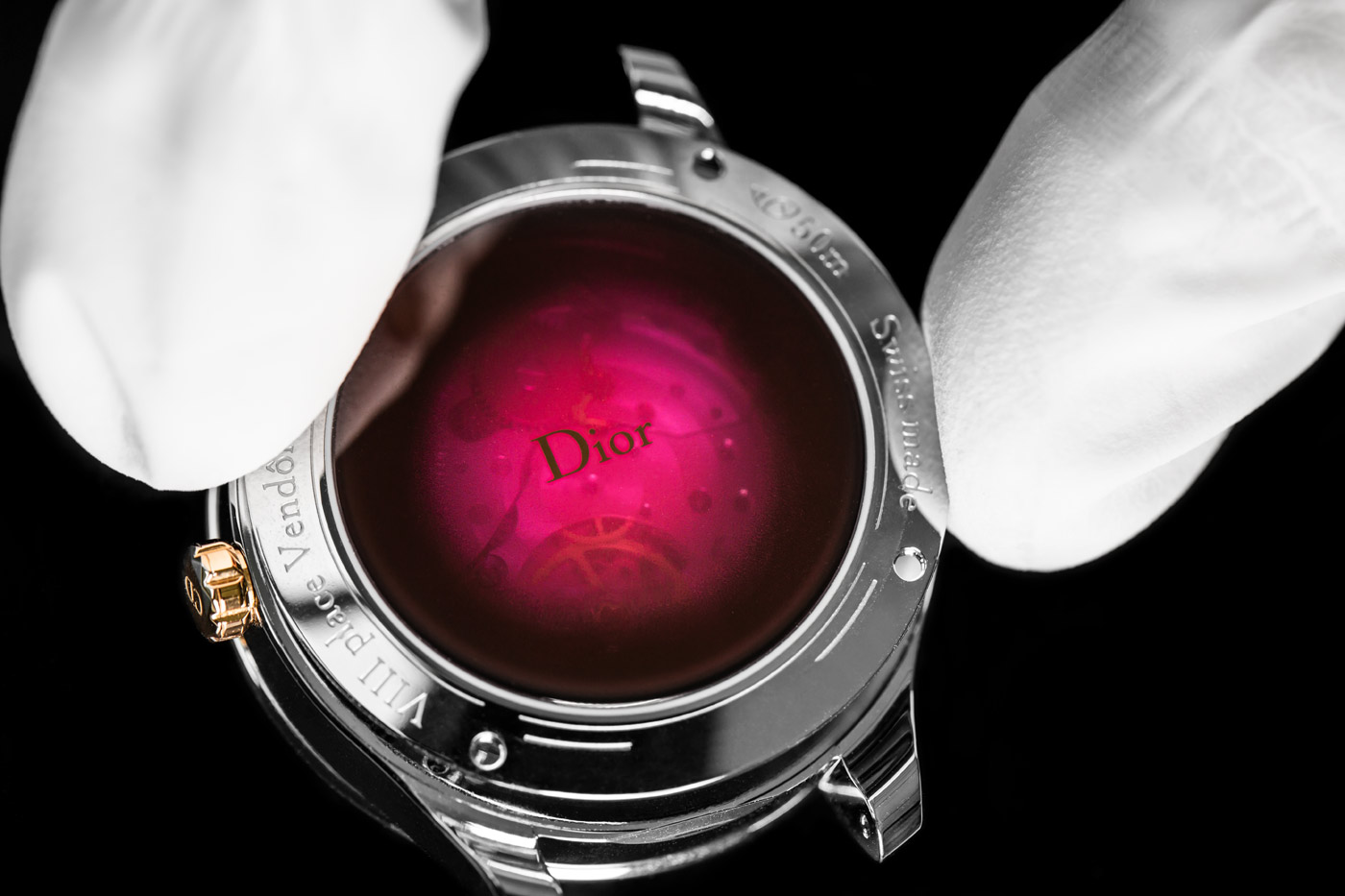 The petals – possessing a three dimensional effect – are studded with diamonds, while diamonds also adorn the bezel of both models. 392 diamonds with a total weight of 2.32 carats were used for the pavẻ decoration. Colourless sparkling stones bring the clock to life, while delicate flowers on the dial draw the viewer into the magical heart of the Christian Dior garden.

On the seam side of the 'Grand Bal Miss Dior' models, expect to see veiled details. They subtly draw on the watches’ concept design, but the specifics of these details are known only to their owners: the lining of the strap, as well as the sapphire crystal on the inside of the watch case are coloured either pink or blue. 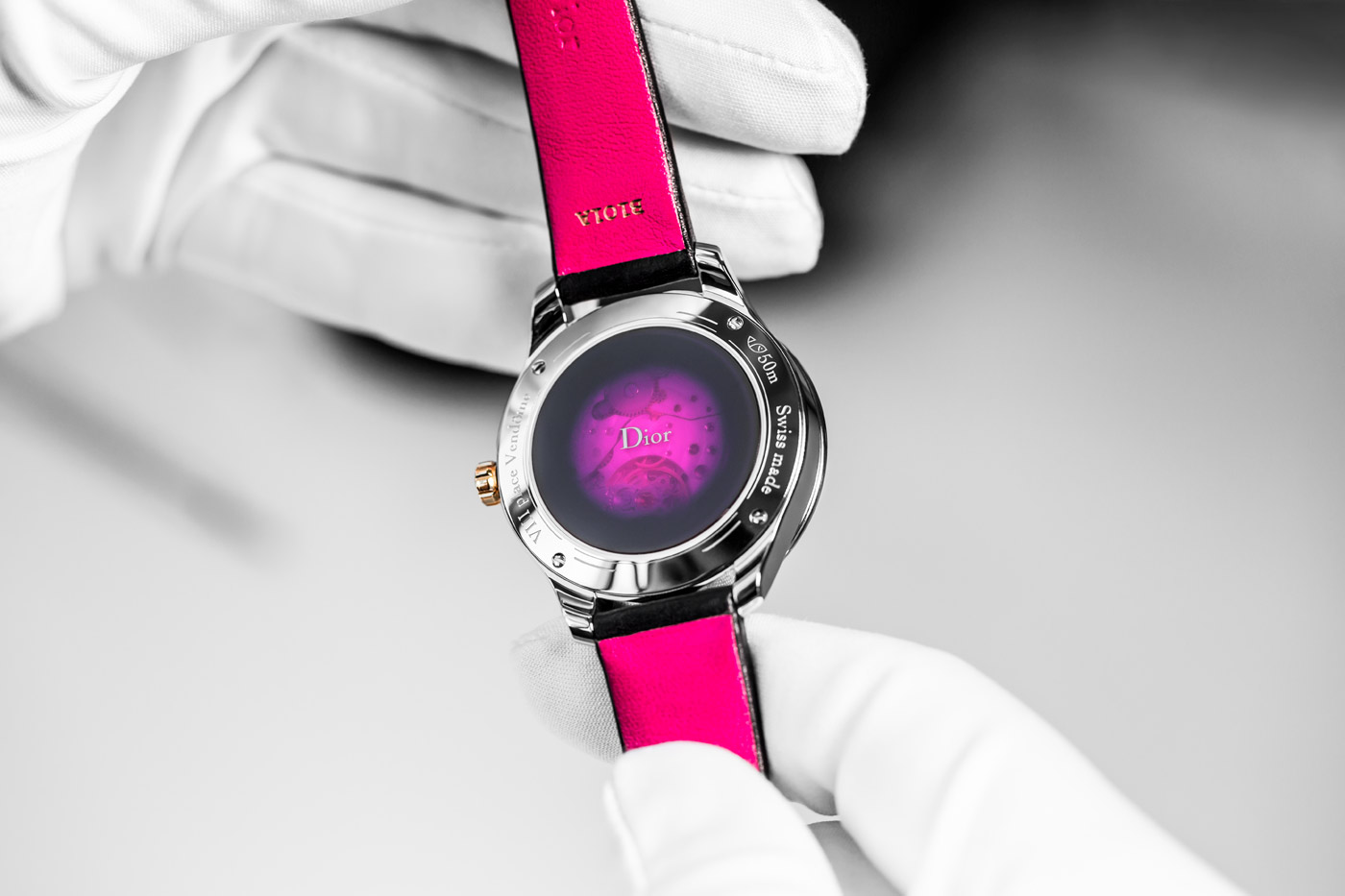 These two new models are to be released in limited edition lines composed of just 88 pieces. These watches are not only a tribute to Dior's passion for flowers, but are also reminiscent of the historic and much celebrated ‘Miss Dior’ dress – one of the first masterpieces of Haute Couture Maison.