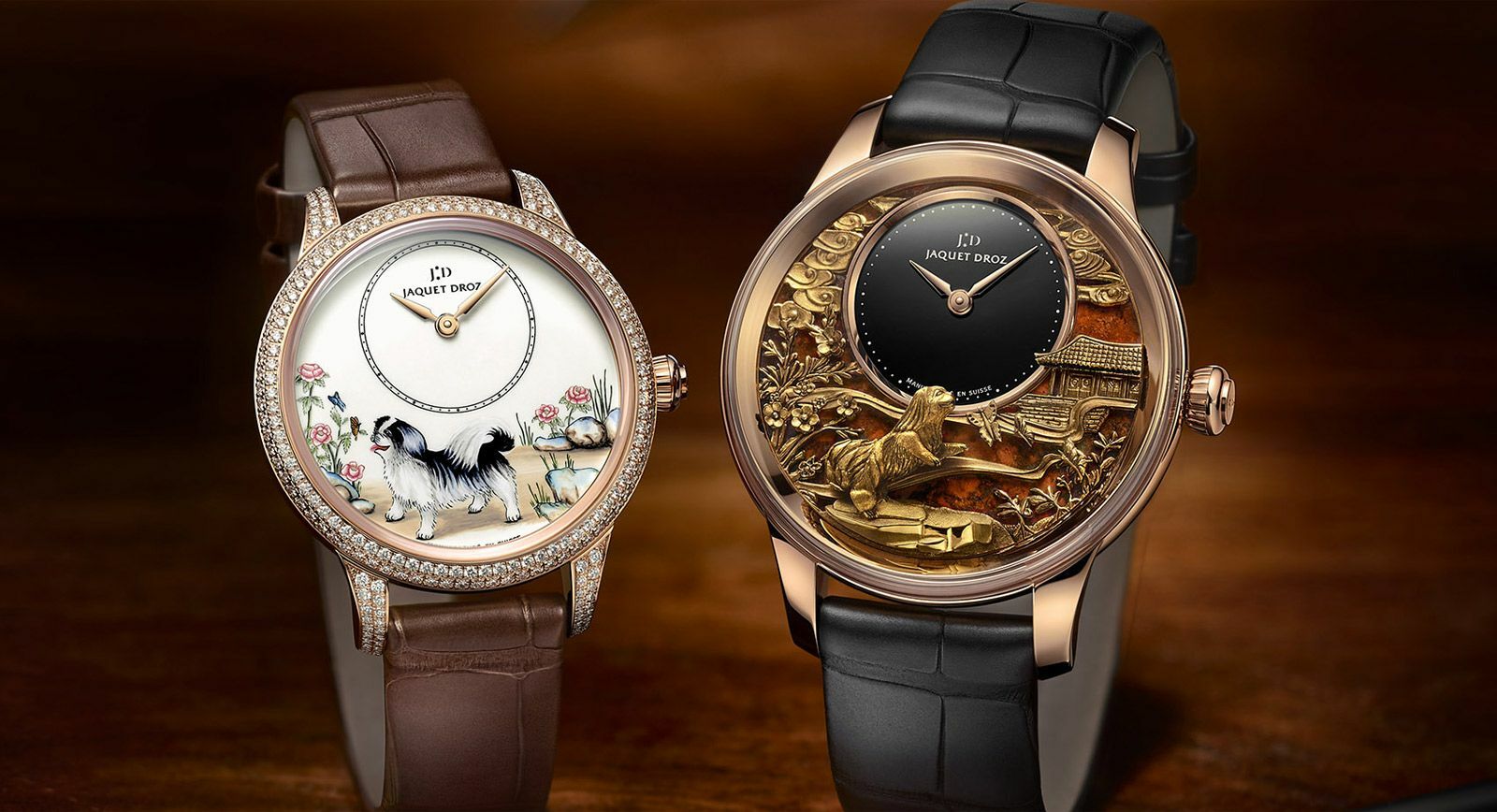 Top 5: the best collectible watches designed for the Year of the Dog

According to the Chinese calendar, 2018 ushers in the Year of the Dog and - as is tradition - a handful of watch companies have released limited edition watch models featuring the celebrated hound.

As a rule of thumb, a watch released in a small series is automatically classified as a collector’s item. When I chose the top 5 watches dedicated to the Year of the Dog, I paid close attention to the design of the watch faces. In creating these watches, each designer has used a whole host of decorative techniques to ensure their brand’s dials are the star of the show.  And so, I present to you the best models of 2018, with unique dials depicting man’s best friend. 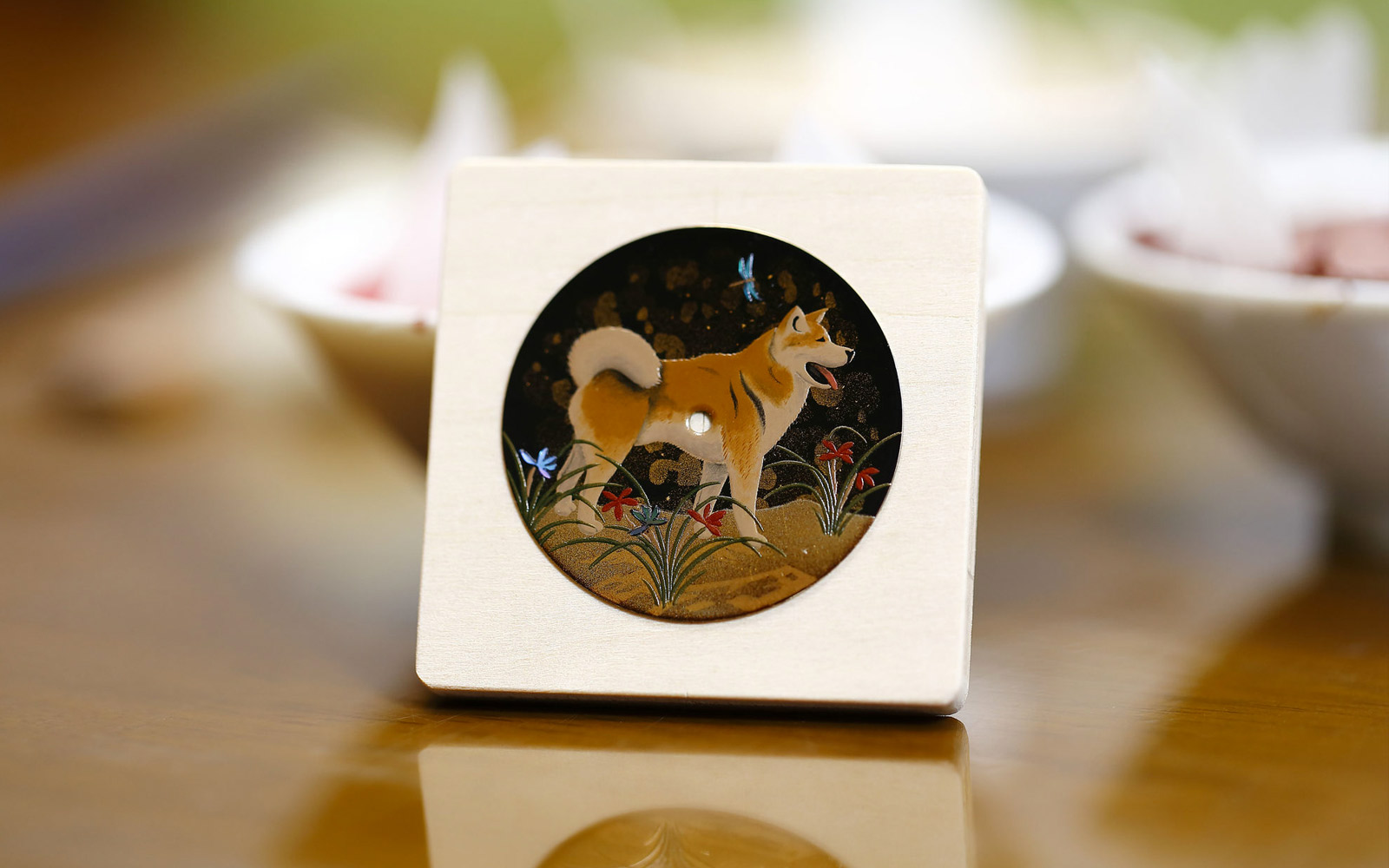 In 2018, Vacheron Constantin has added to its Métiers d’Art collection with The Legend of the Chinese Zodiac Year of the Dog watch. On the dial, the sign of the Chinese zodiac calendar has been engraved within precious metal, and depicted with blue or bronze Grand Feu enamel. The Swiss company has released 2 limited-edition 40mm versions of the watch in platinum or rose gold, with only 12 models of each being created. 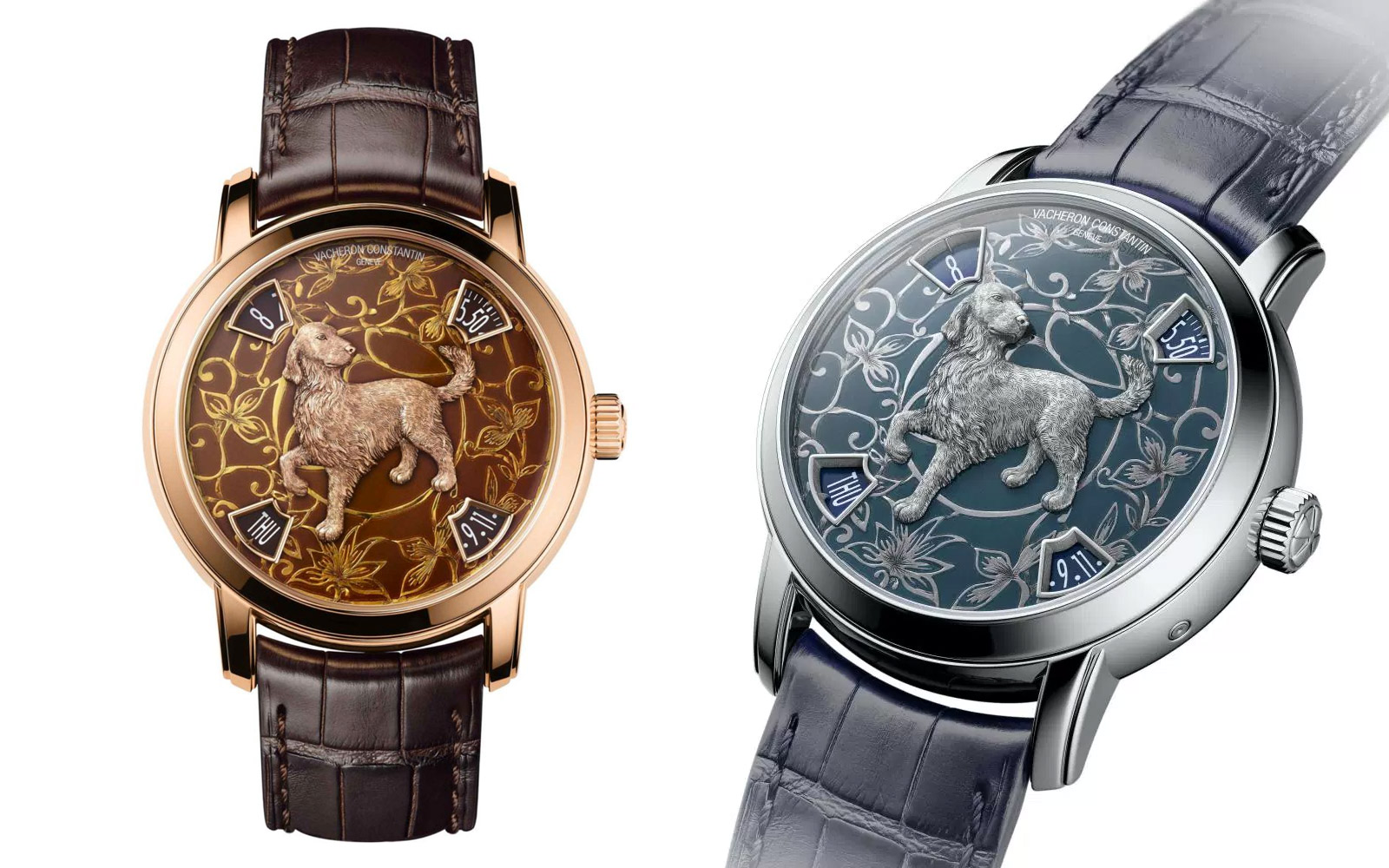 Every year, Chopard creates a new Urushi dial for its L.U.C. XP watch that corresponds to the Chinese calendar zodiac, and for 2018, the pink gold model - a limited edition of 88 - celebrates the Year of the Dog. They represent a unique combination of impeccable Swiss movement craftsmanship and the traditional Japanese varnishing technique known as Urushi. An experienced maestro from the land of the rising sun - Minori Koizumi has recreated the image of an Akita standing in a flower bed on the face of the dial. The result is so detailed that you can see the individual hairs of the dog’s mane. 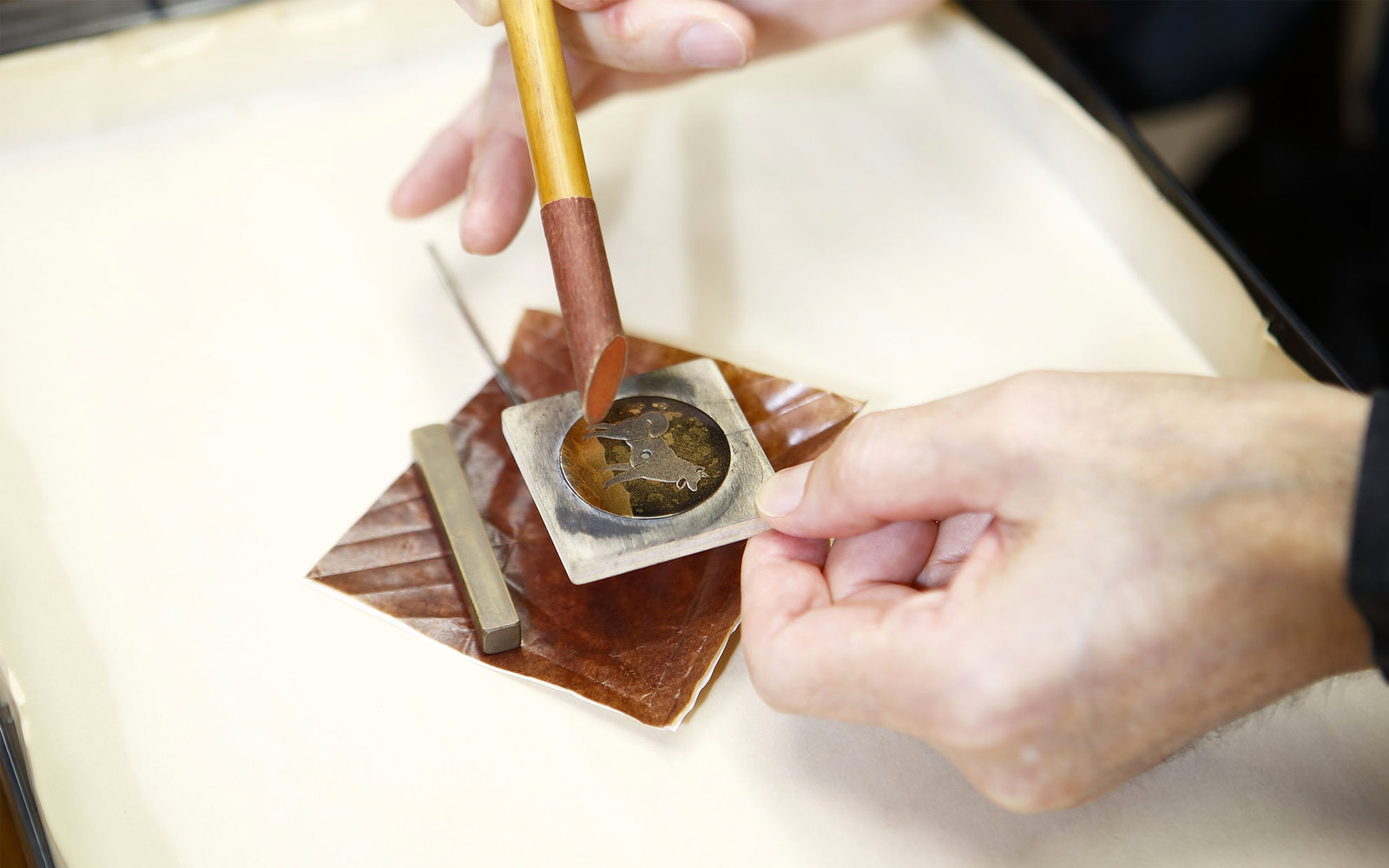 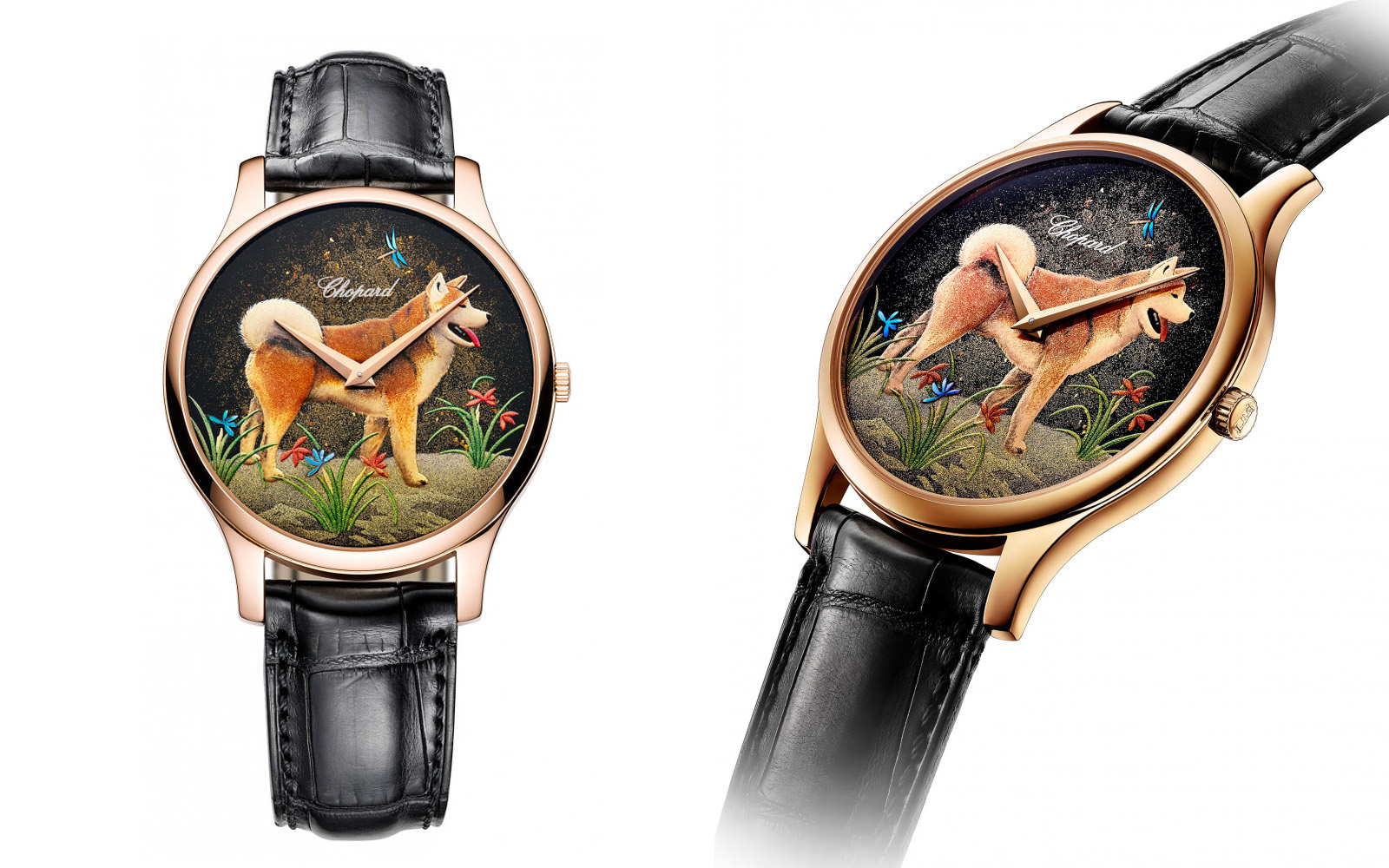 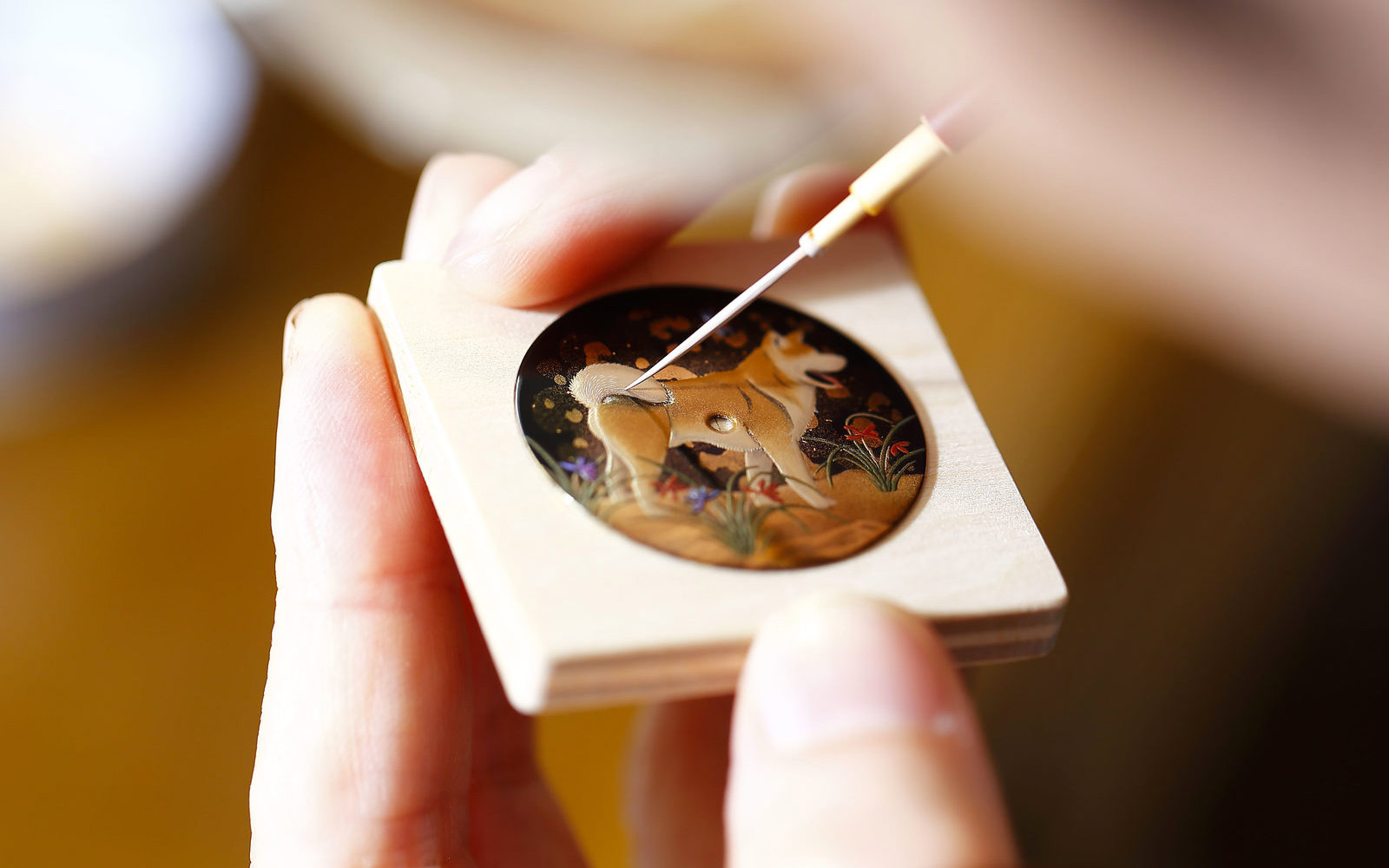 Ulysse Nardin is one of those watch manufacturers that launches limited edition models dedicated to the corresponding symbol of the year according to the Chinese calendar, and this year’s is the Classico ‘Year of the Dog’. Using the combined technique of hot and cloisonné enamel, contour carving is applied at the final stage to bring the dog to life. The selected shades used for decorating the watch are the traditional colours of the Ulysse Nardin’s Classico watch collection, which all feature miniature enamel dials, and only 88 copies of this exclusive watch were produced. 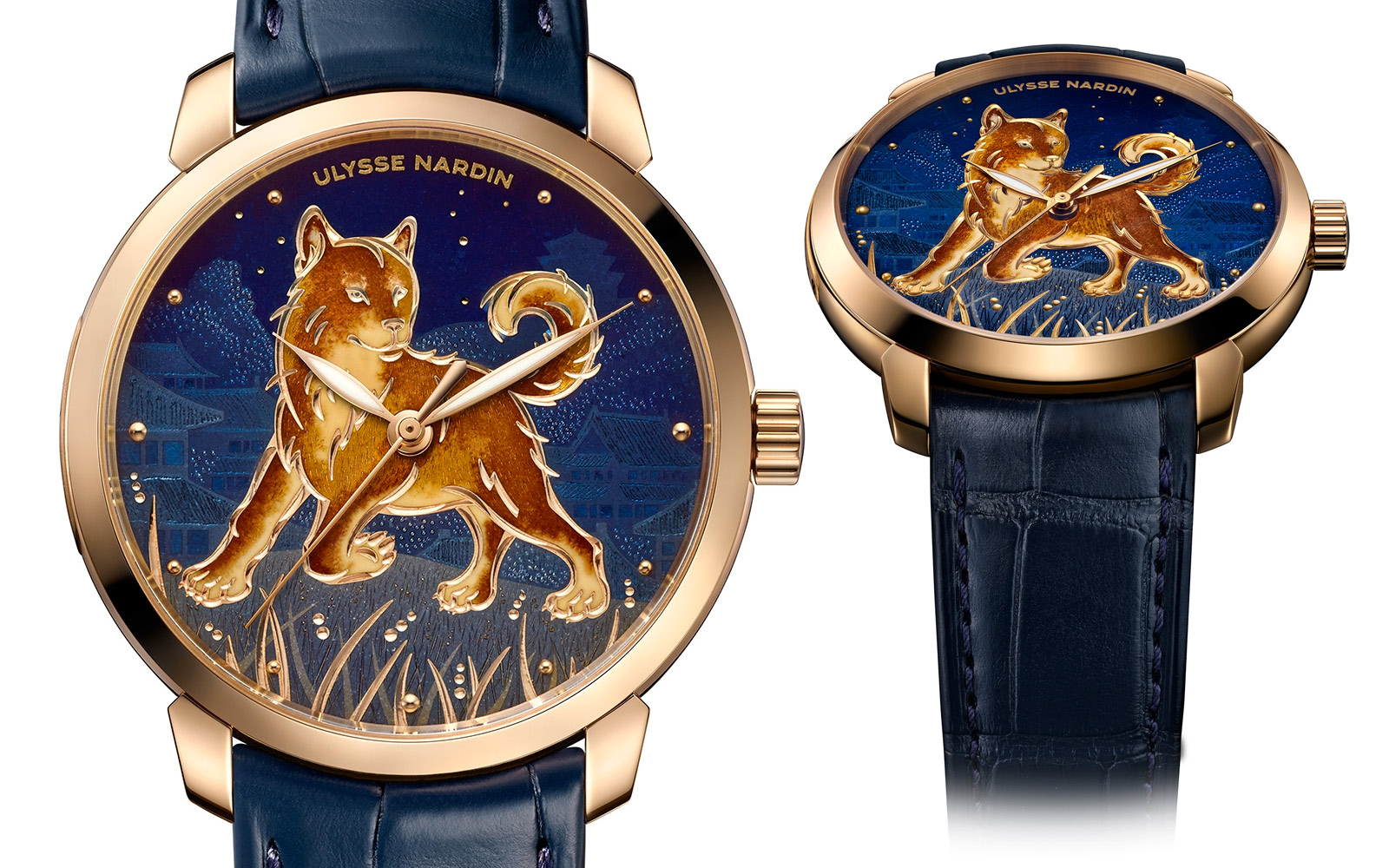 The Jaquet Droz company has presented two new watch models to mark the Chinese Year of the Dog: the Jaquet Droz Petite Heure Minute Dog and the Jaquet Droz Petite Heure Minute Relief Dog. Designed by the masters of the house, they are inspired by the Pekingese dog – an ancient breed popular with Chinese emperors. On the dial of the first model, the dog is depicted playing with butterflies on a background of peonies, and this sweetly animated drawing was applied using the technique of miniature painting with hot enamel.

The Jaquet Droz Petite Heure Minute Dog watch is available with or without a diamond pavé around the rose gold case dial. The Jaquet Droz Petite Heure Miniature Relief Dog also comes in two variations: each with a slice of Mexican “Sonora sunrise” cuprite peeping through, adding colour to the charming scene. Limited to 28 models of each variation, the Pekingese and its entourage are crafted from white or yellow gold. 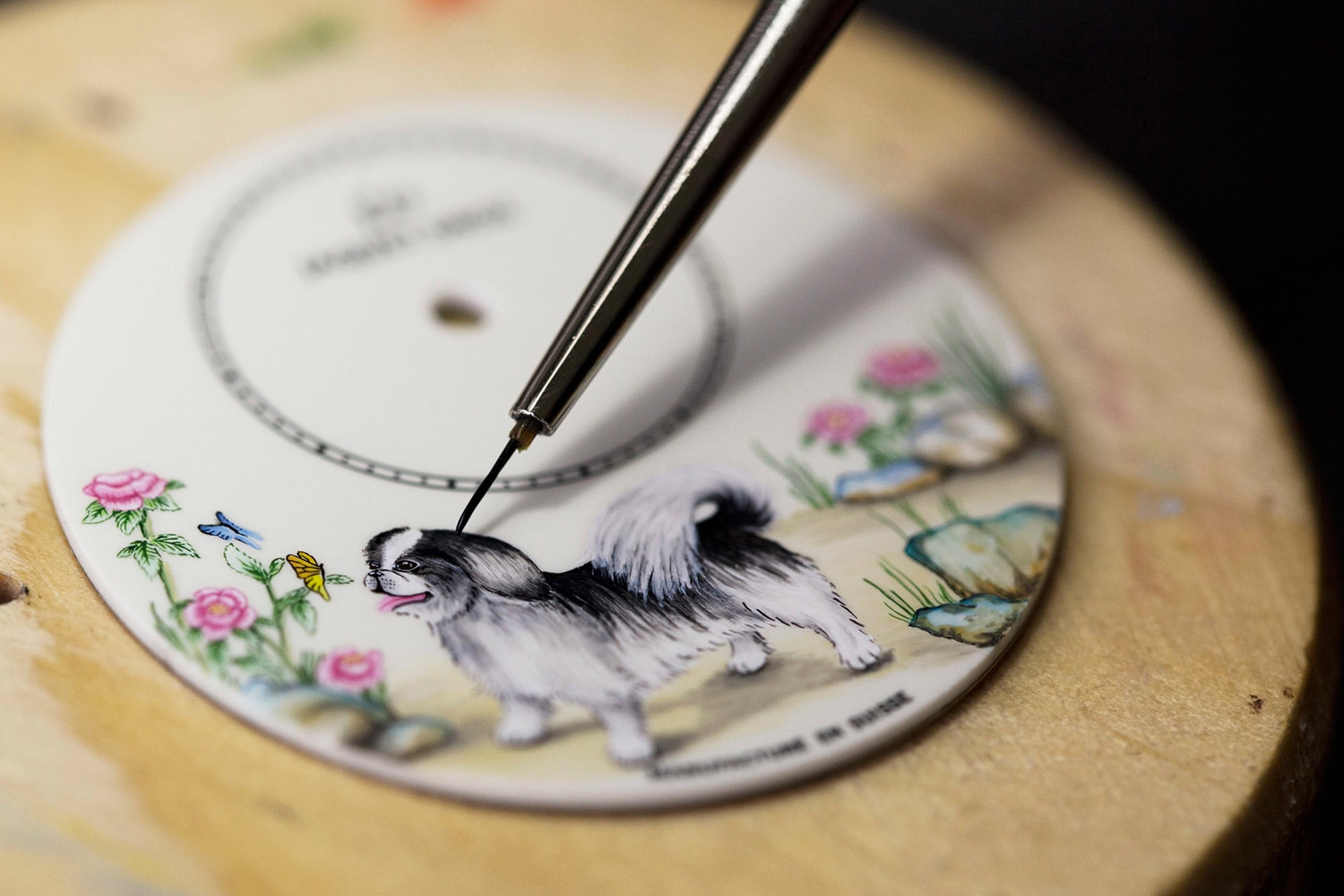 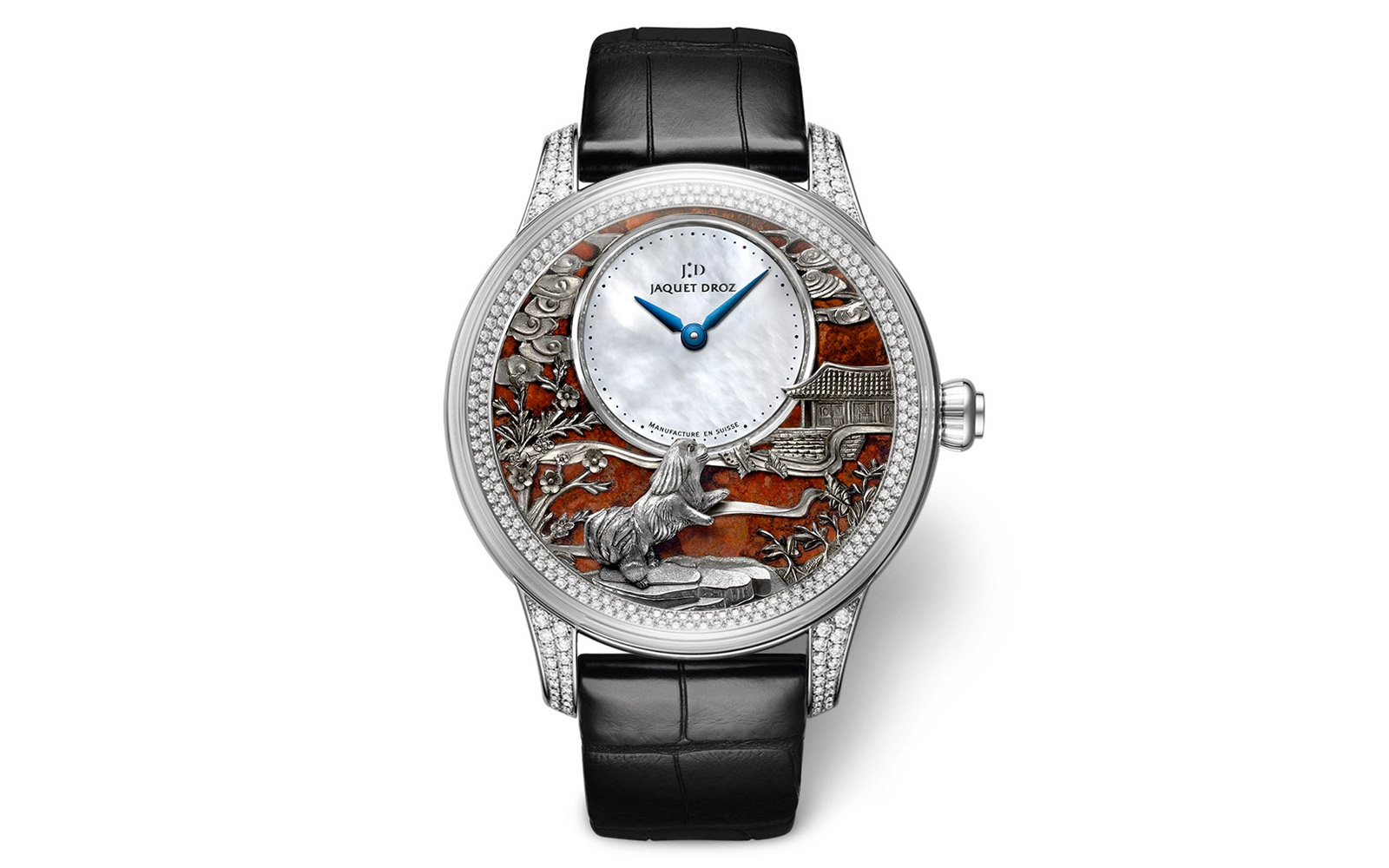 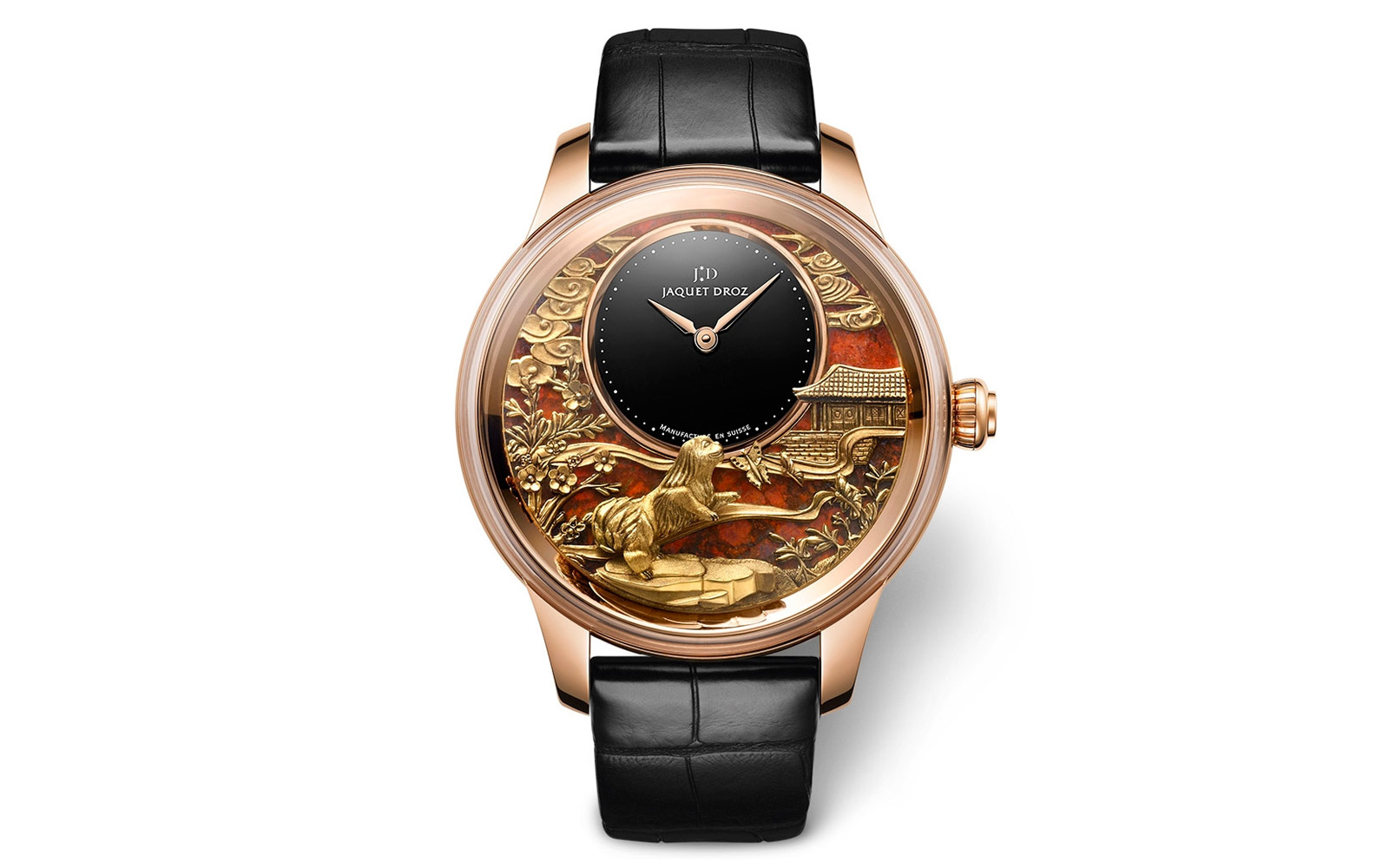 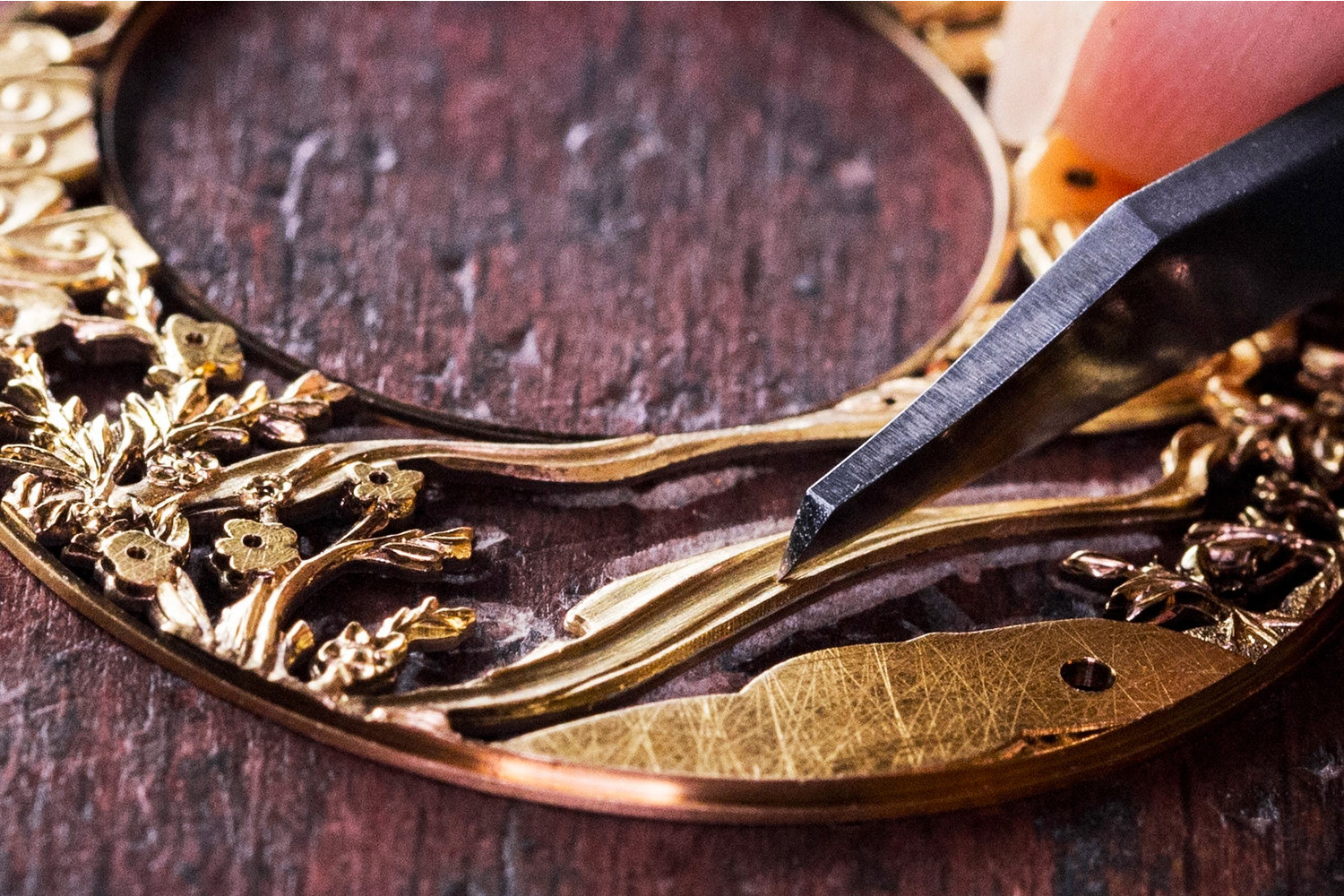 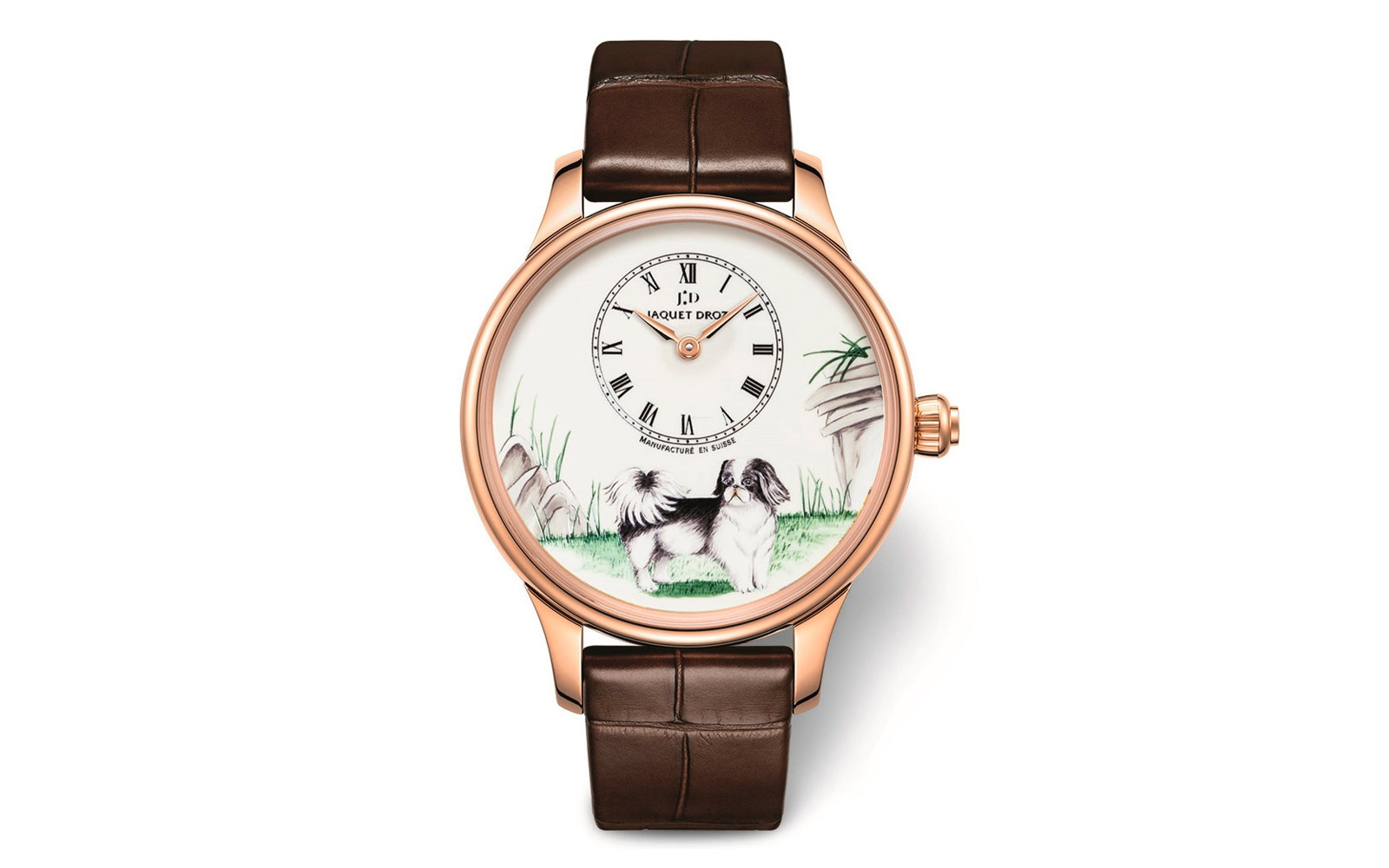 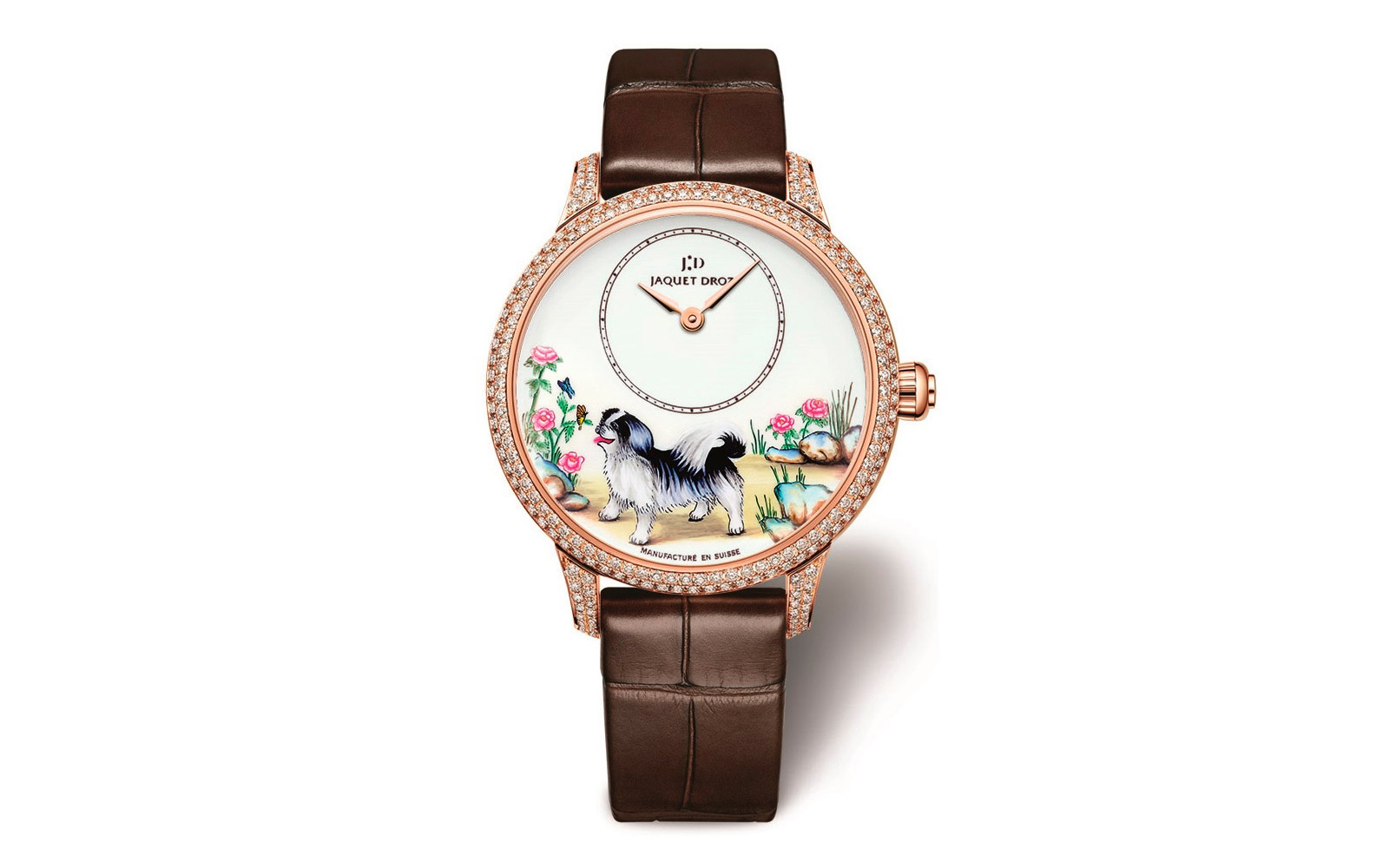 Piaget celebrates the Year of the Dog with the release of the limited - edition Piaget Altiplano Chinese Zodiac watch. On the dial, a hunting dog resembling a Setter has been recreated in cloisonné enamel, hand-painted by the famous enamel artist Anita Porchet. Limited to 38 pieces, the ultra-thin case is made from white gold and the bezel is encircled by a row of diamonds. 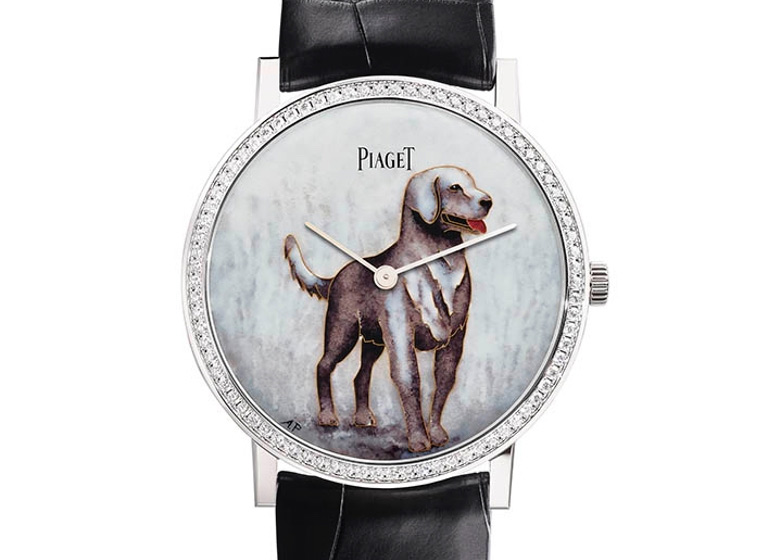 Hunting dogs, watchdogs and stylish toy breeds – take your pick from the variety depicted on the watch dials of these 2018 limited-edition collections. The dog is an animal which occupies a special place in the hearts of many, so your choice of model will most likely come from the heart, rather than from the mind.