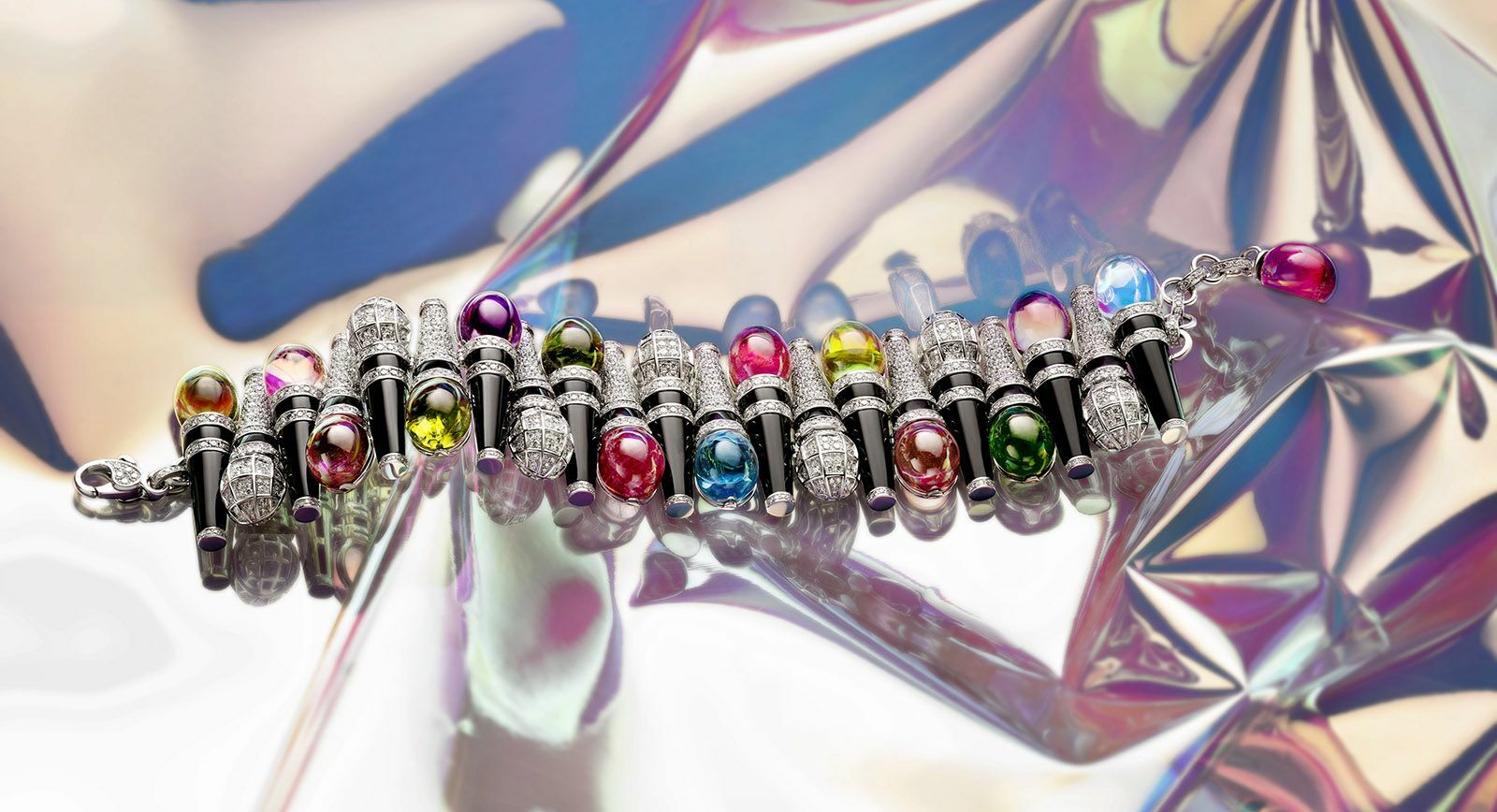 Wild Pop: A fine jewellery interpretation of the ‘wild’ 80s by Bvlgari

Andy Warhol – the American artist, producer, designer, writer, collector, publisher, film director - and key figure in the history of the pop art movement and modern art in general – considered Bvlgari’s jewellery the embodiment of the ‘wild’ 1980s. He was linked to the jewellery maison not only by a close friendship but also an irrepressible craving for the unpredictable, a desire to experiment with the boundaries of art and break all the rules in search of new methods. “We are always striving for the impossible,” Nicola Bulgari loves to say. 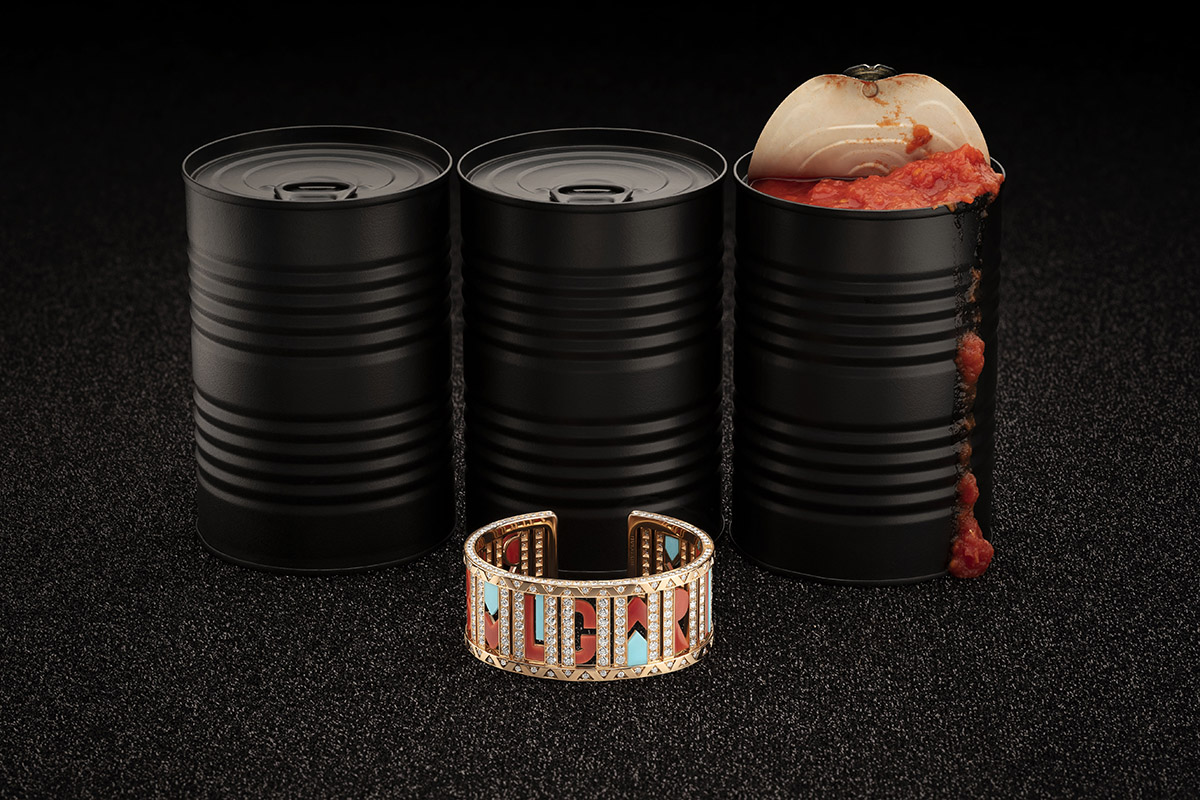 Creative Director at Bvlgari Lucia Silvestri visited The Andy Warhol Foundation in New York to inspect Bvlgari’s printed material (catalogues and letters) in the artist’s archives. “I wanted to come up with something on the theme of this fantastic dialogue between Bvlgari and Andy Warhol,” explains Lucia. Today, in 2018, standing on the brink of so many new possibilities in the spheres of technology, innovation, fashion and culture, Lucia recalls a lesson she learnt during her time working with Nicola and Paolo Bulgari: “You have to take a risk.” From this notion, the idea was born for the new ‘Wild Pop’ collection, imbued with the spirit of the 80s. 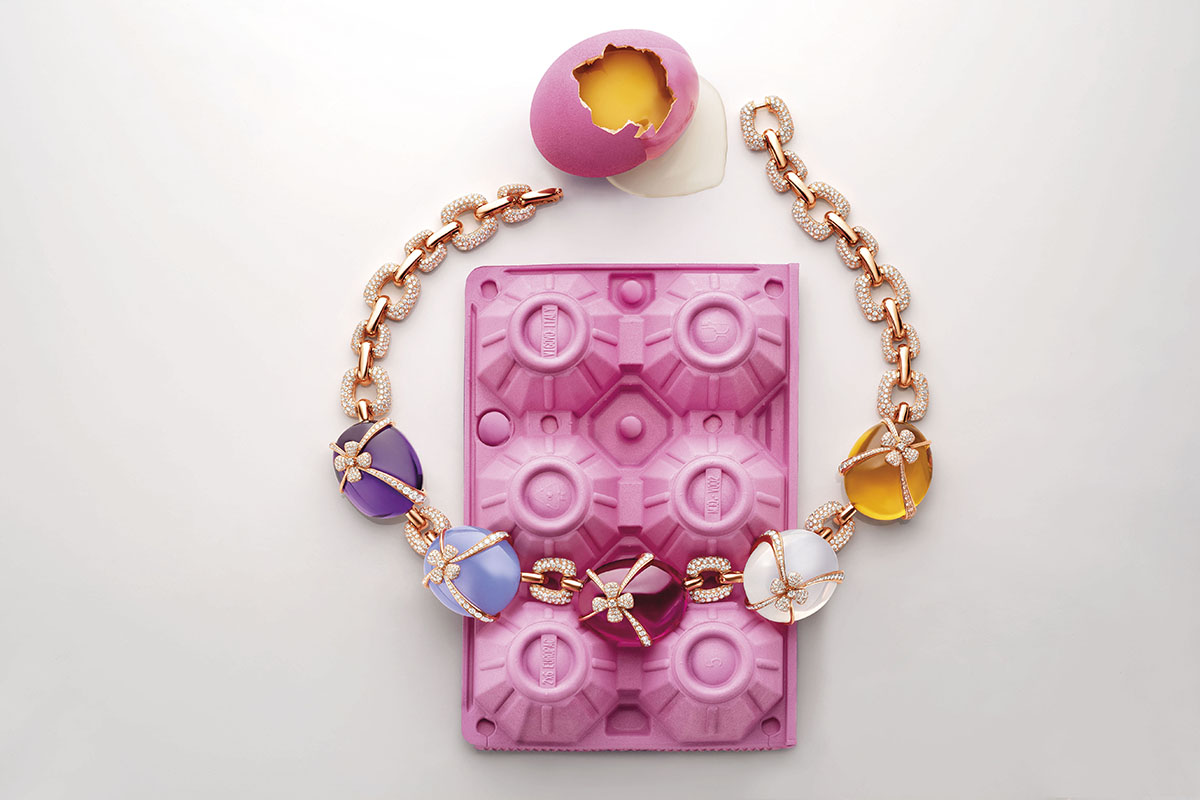 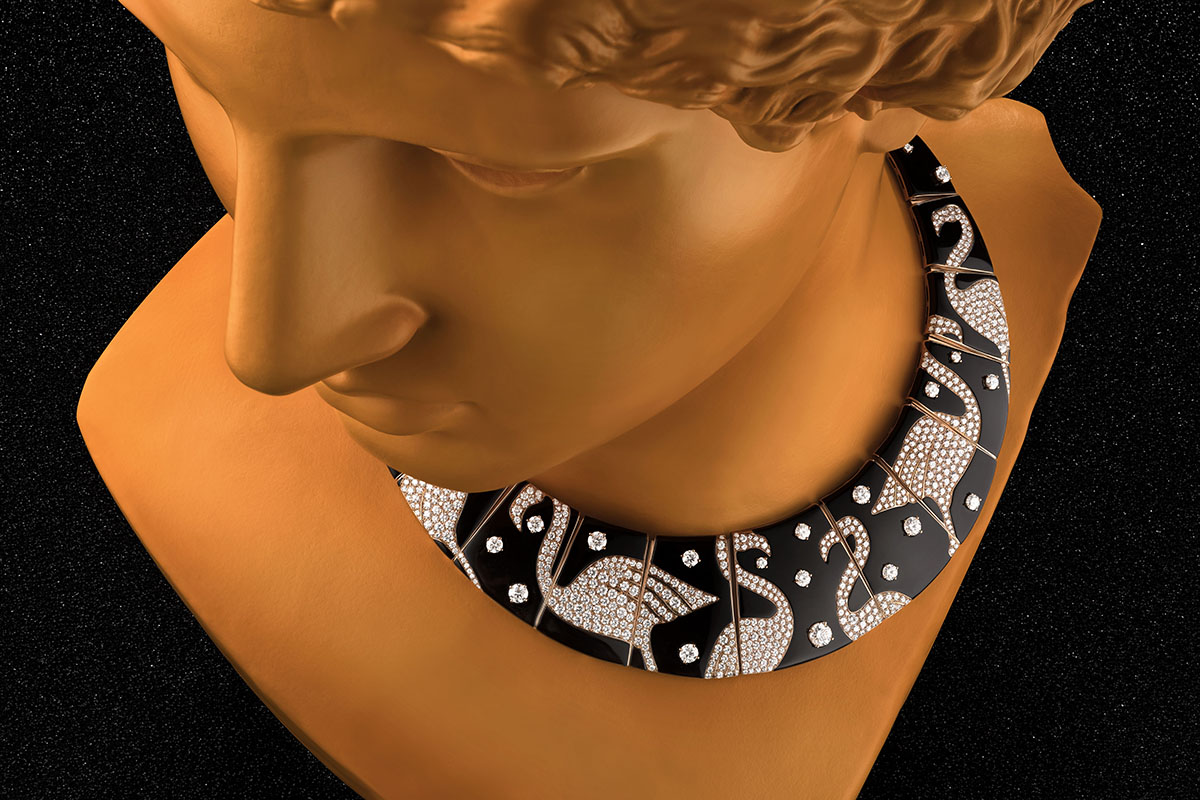 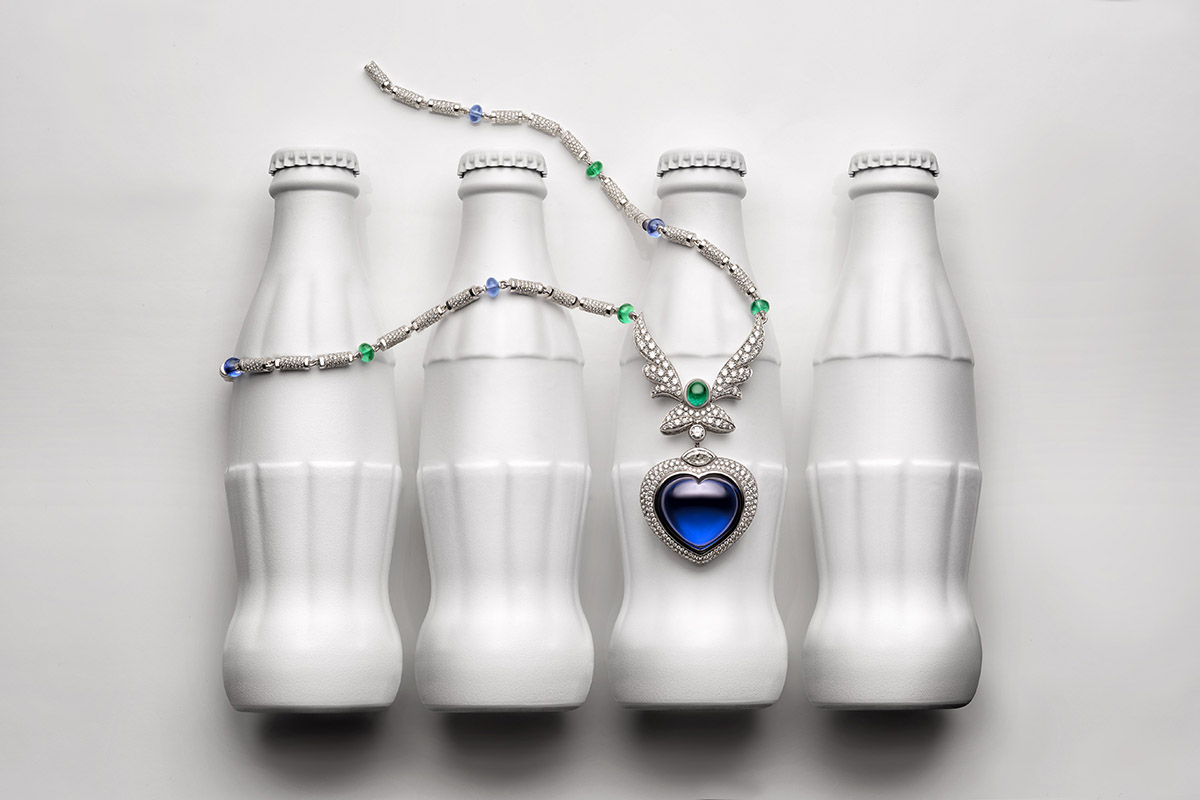 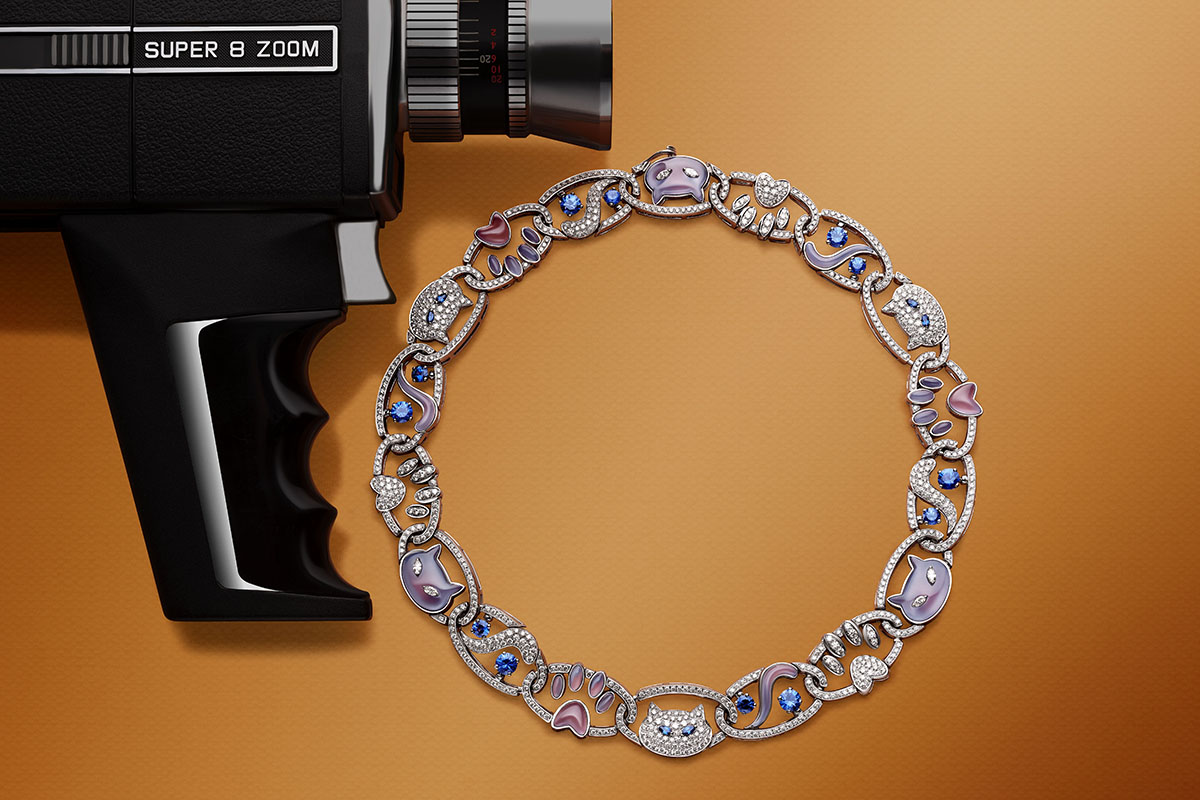 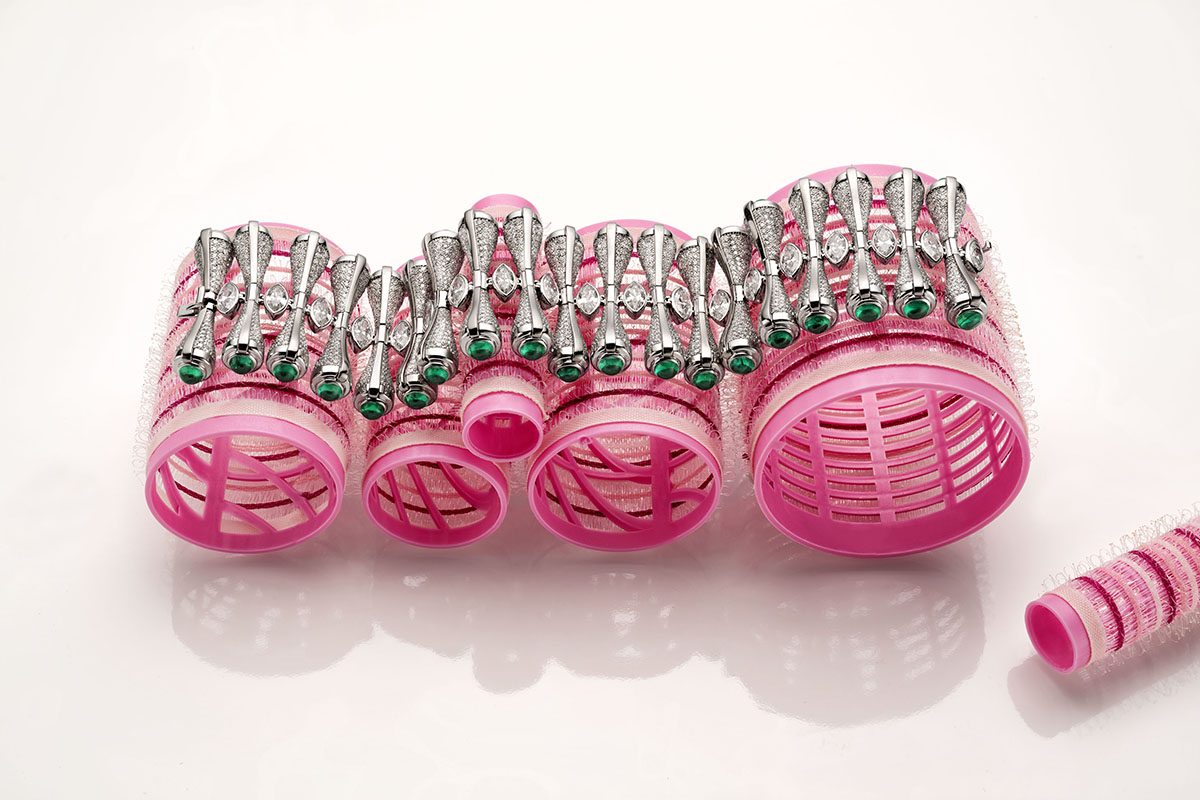 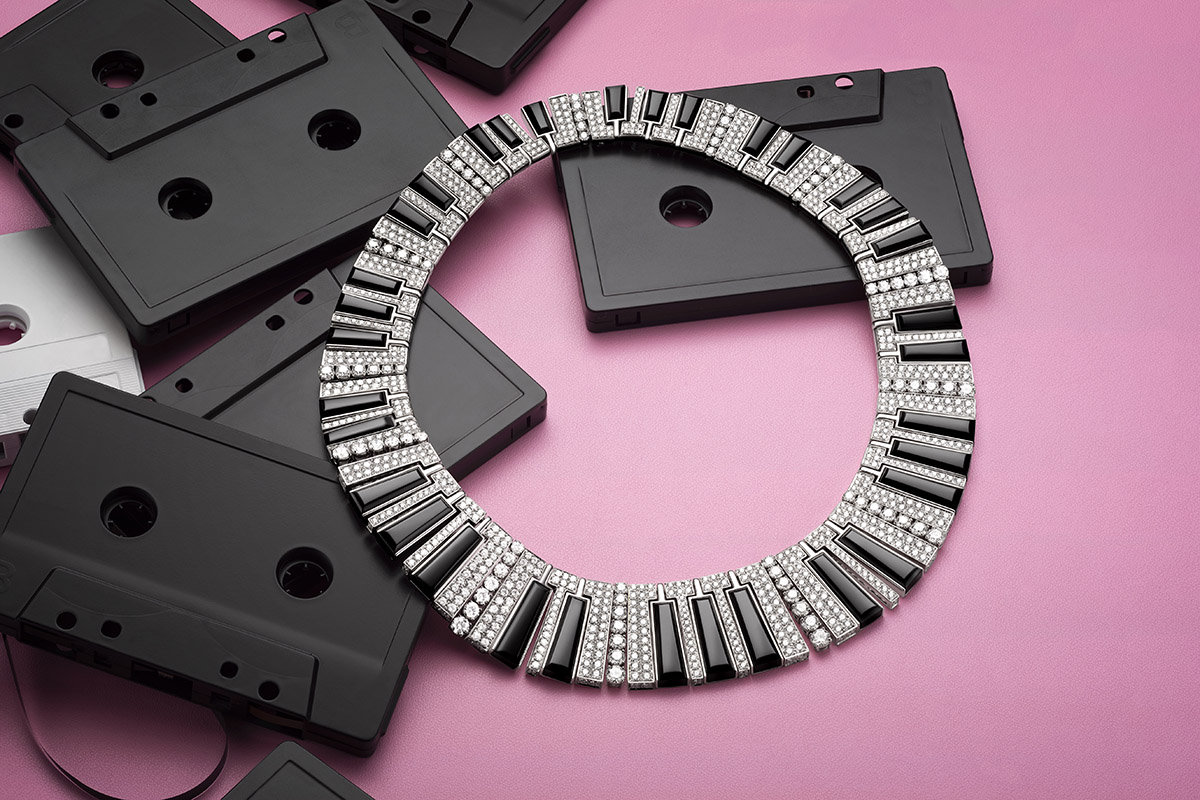 The design of the entire jewellery collection is built on Bvlgari's established signature motifs, as well as unusual, surprising combinations of bright gemstones. Colour is a recognisable feature of Bvlgari’s style, and ‘Wild Pop’ uses the very brightest and liveliest shades of colour. The frenzy of that time is communicated not only through bold lines, but also a bright colour palette. 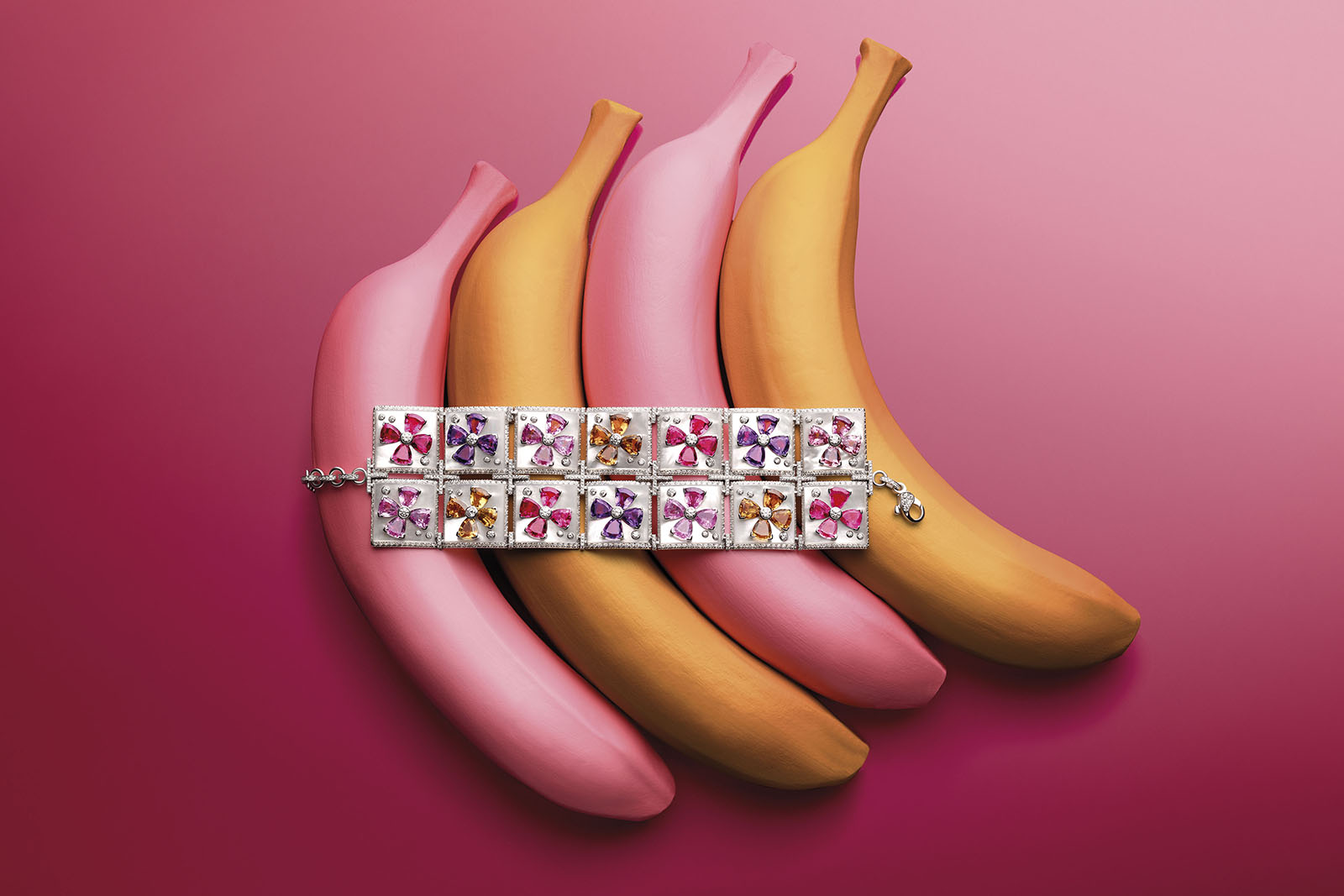 The collection is - of course - highly impressive, but some of the works really stand out, even amongst their glittering fellow jewels. The first of these is the platinum ‘Queen of Pop’ necklace with its blinding 24.80 carat sapphire, baguette diamonds, mint green tourmalines and sapphires, epitomising the pop art style in line with the practices of high jewellery art. Audacious, unexpected and unapologetic, it unifies all the essential rules of Bvlgari design. 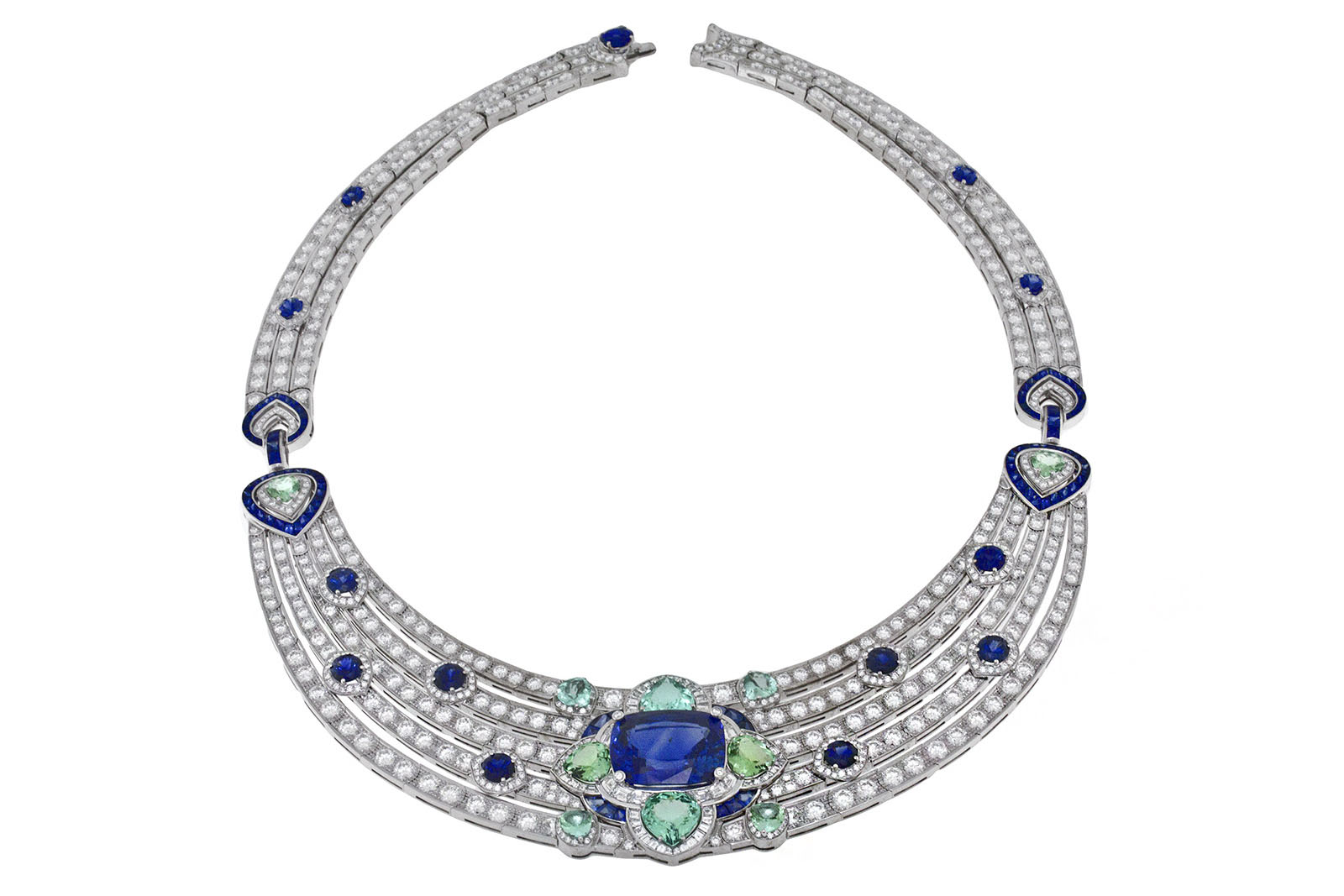 As the name suggests, the ‘Magnificent Green Ruffles’ necklace is a real sensation. Adorned with a superlative Colombian emerald weighing 34.12 carats, it was created based on the fashion advice of Alexis Carrington, the heroine of the 1980s stalwart TV series Dynasty: “When it doubt, add some ruffles to your dress.” The jewellers at Bvlgari imbibed this approach, adding it to their arsenal of design techniques, and formed one of the most stunning creations in the collection. 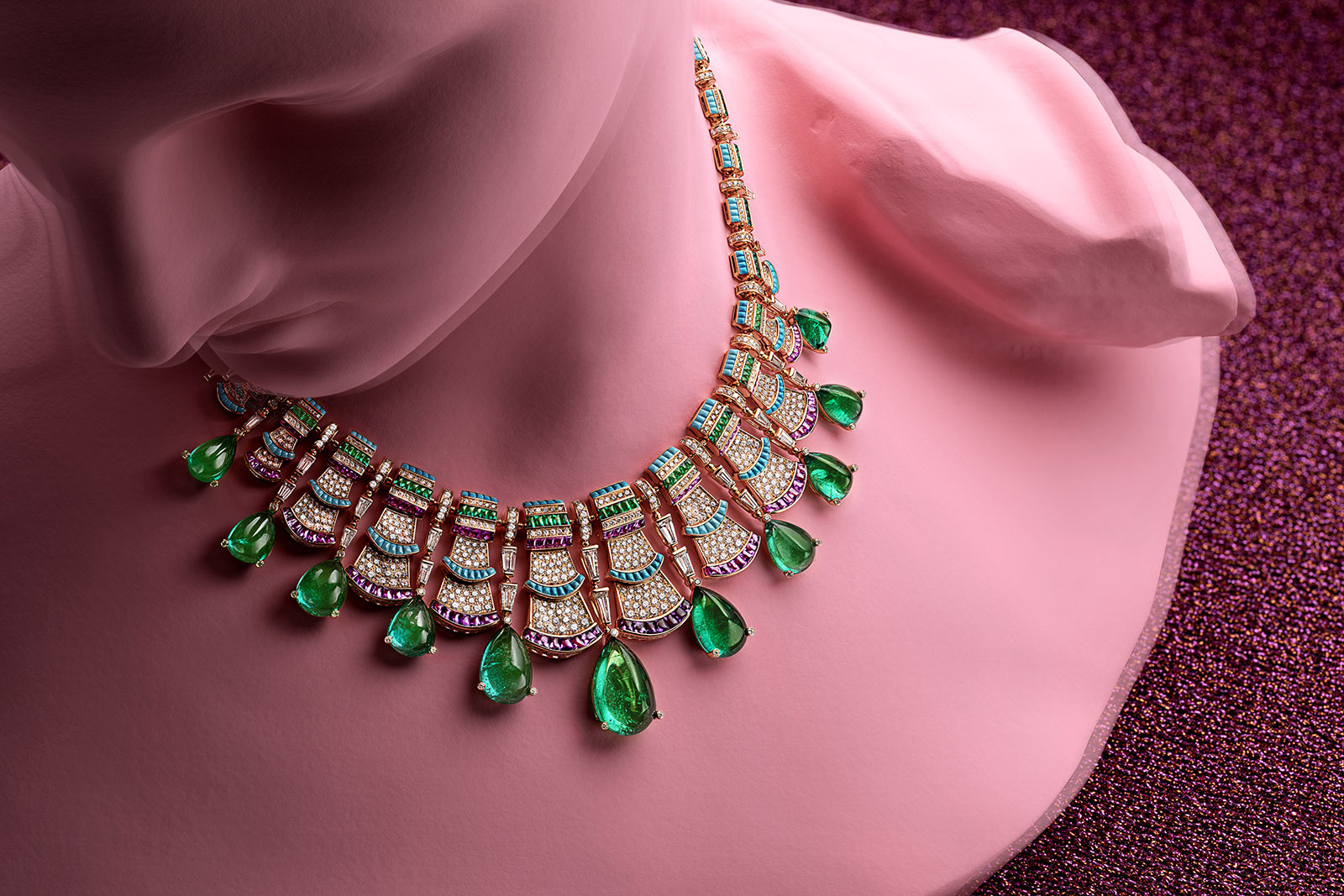 No less wonderful is the ‘Supreme Diamond Light’ set of earrings, a ring and a bracelet. Reminiscent of the magnificent Manhattan skyline, these jewels are inspired by Bvlgari’s enduring love for New York; indeed, it was during the 80s that the maison’s relationship with the city was established. This is a jewellery tribute to the spectacular skyscrapers for which the city that never sleeps is so famous. 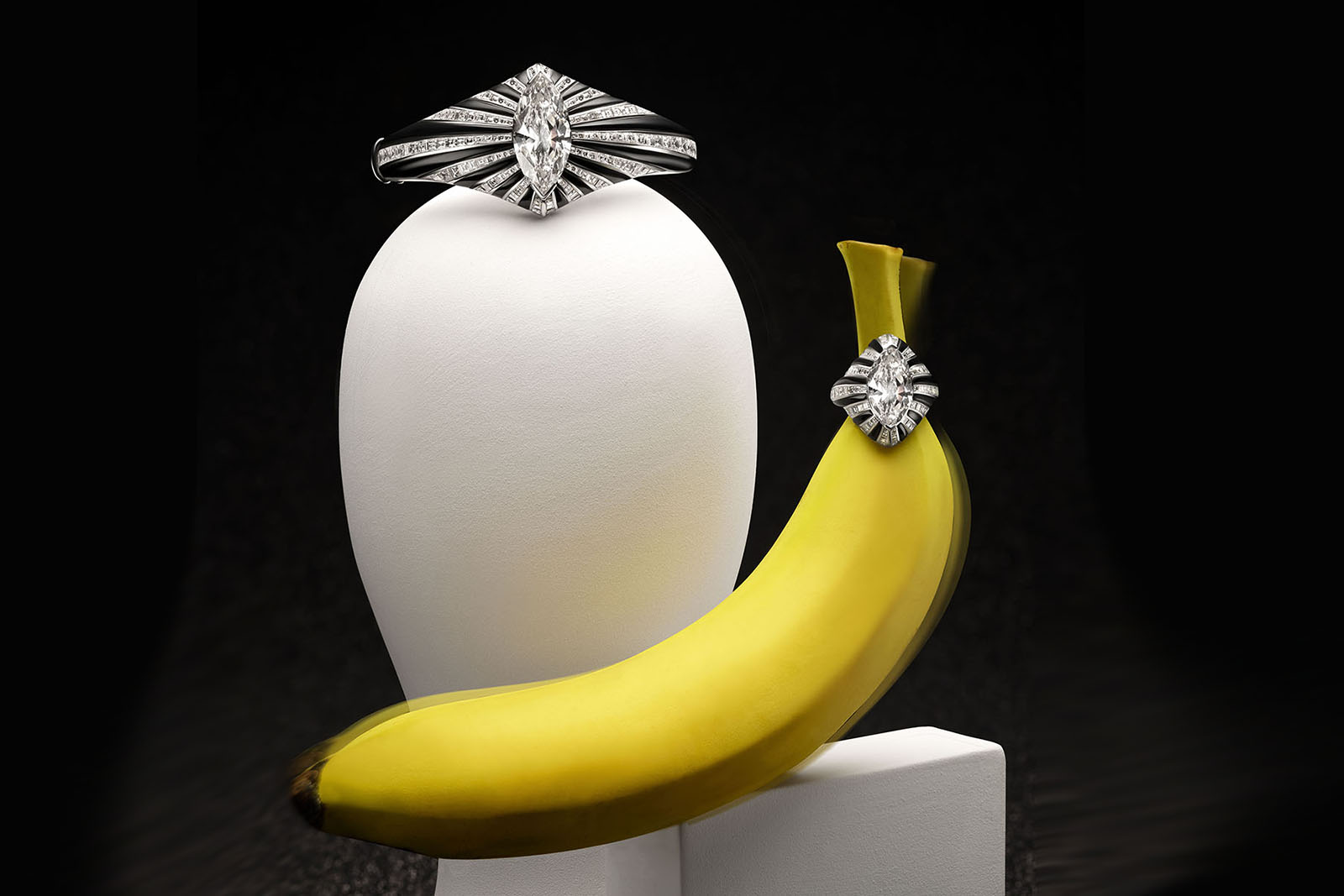 The elegant ‘Happy Leaves’ necklace - a satirical comment on the subject of marijuana - will be sought after by the more rebellious: it conjures euphoric feelings that captured the imaginations of a whole generation. The piece is comprised of gold, and decorated with pavé diamonds totalling 14.63 carats and emeralds weighing 5.60 carats. 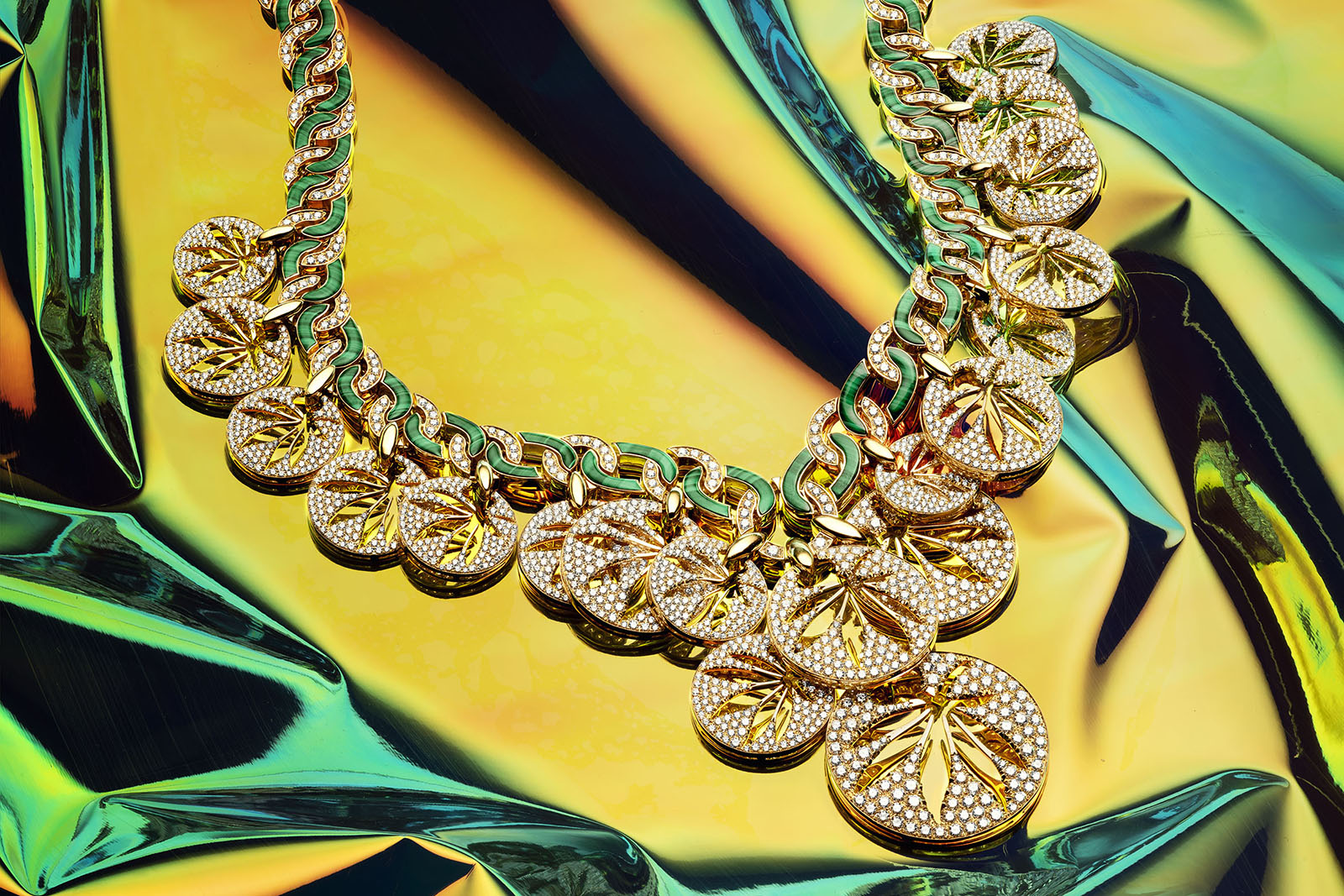 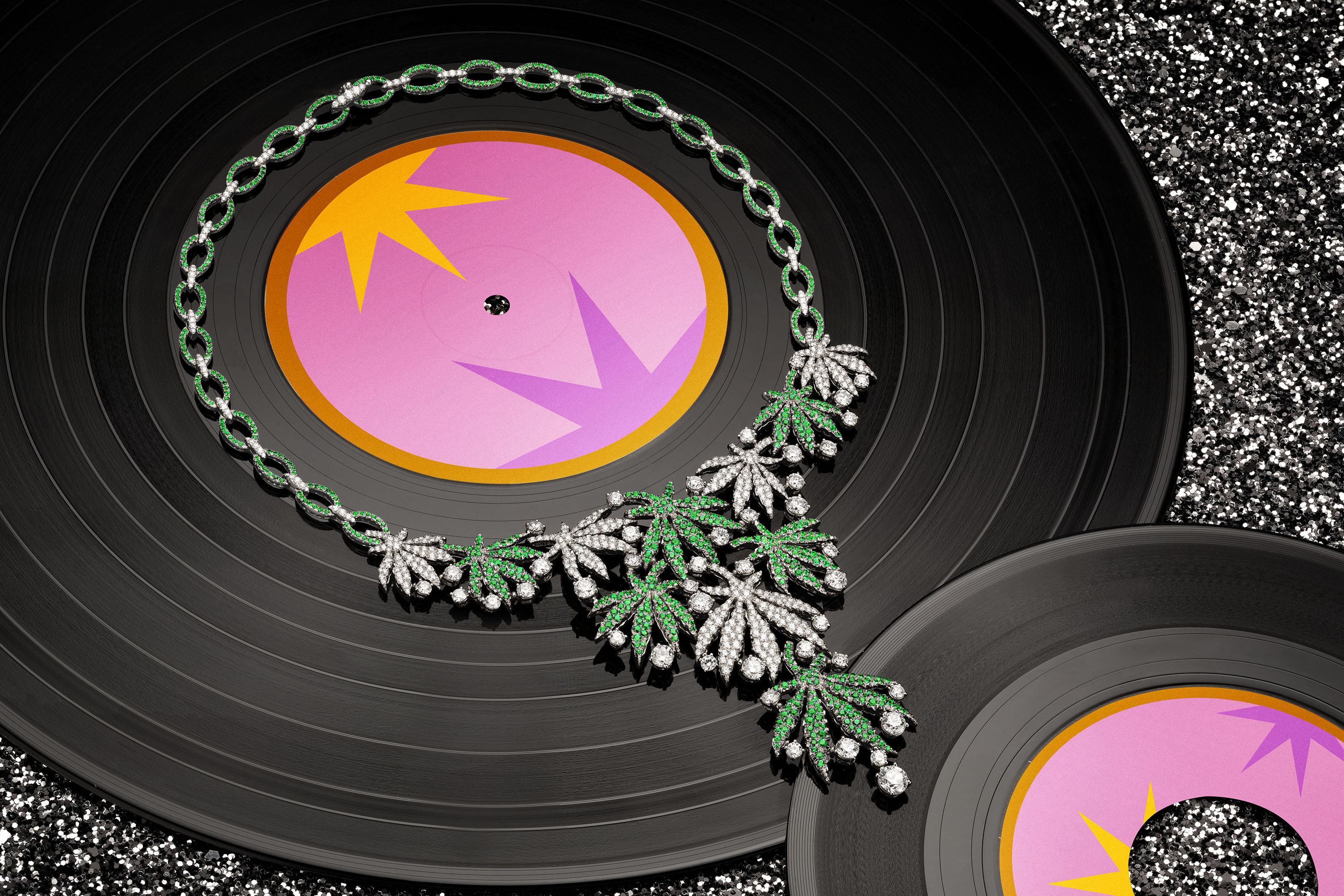 ‘Wild Pop’ is a fresh interpretation of high jewellery art that is simultaneously typical in its use of large stones, and that also has a totally original source of inspiration. This collection is truly daring, and has unmistakably arsien from the distinctive genius that is Bvlgari.