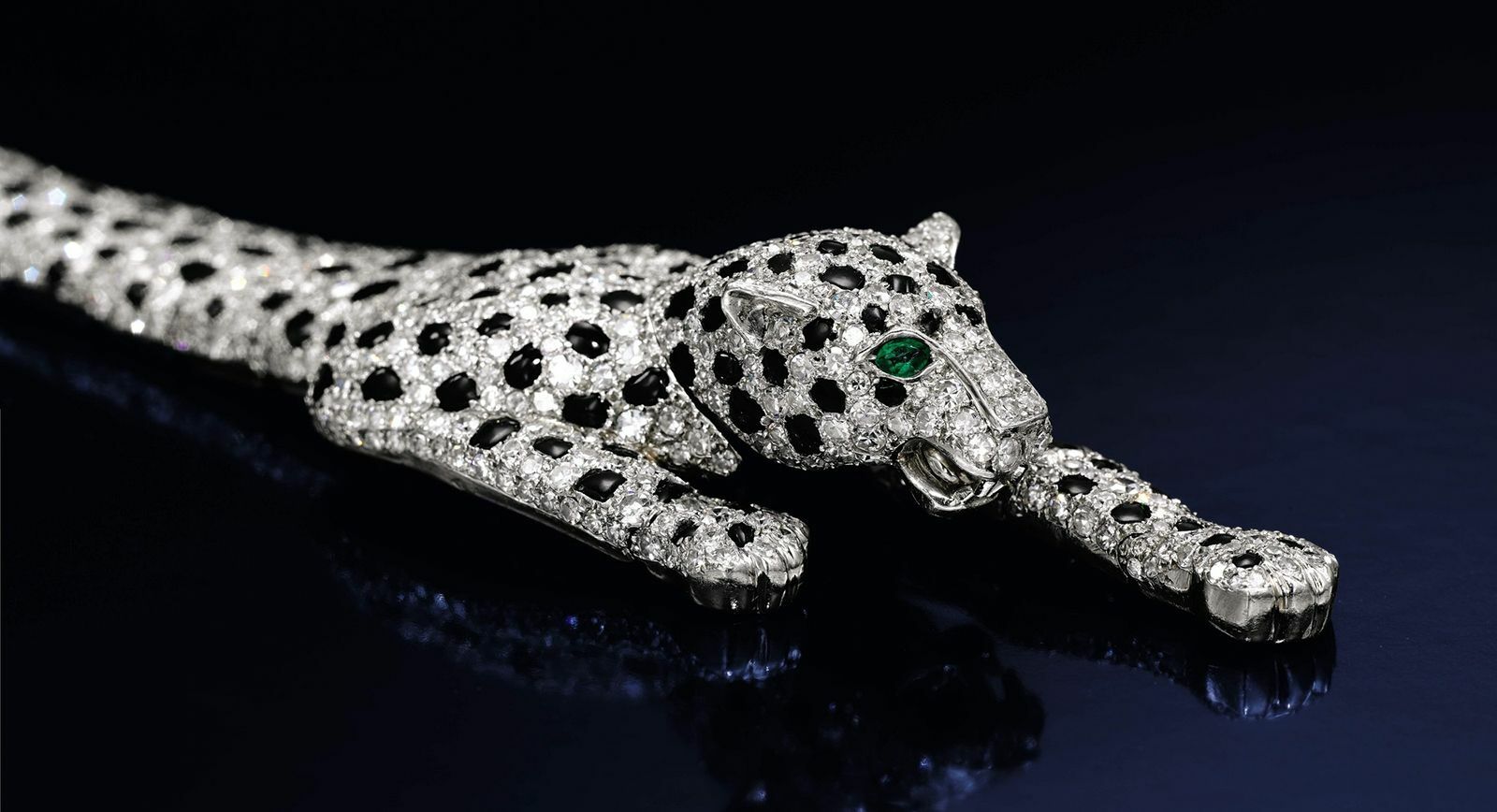 Royal jewellery: The scandalous stories behind the jewels

We often associate jewellery with special occasions, and these adornments then turn into sentimental pieces, reminding us of the most significant events in our lives. But what about the spectacular jewels which have less positive connotations: having been associated with scandals in European Royal families?

For so much of history, it was only the royals who could have afforded high jewellery, so many of the infamous stories in this article are borne of when outsiders marry into royal lineage. 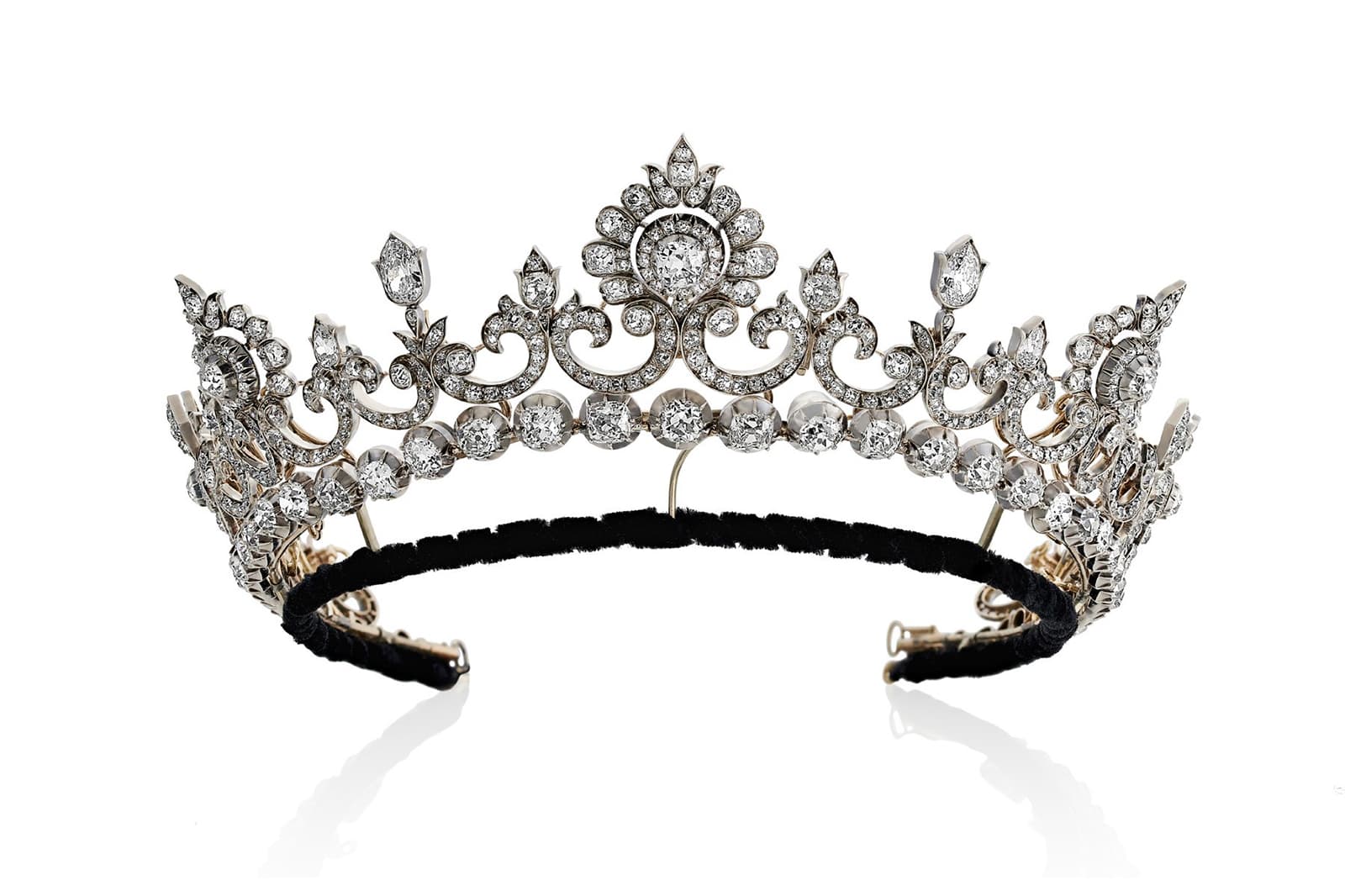 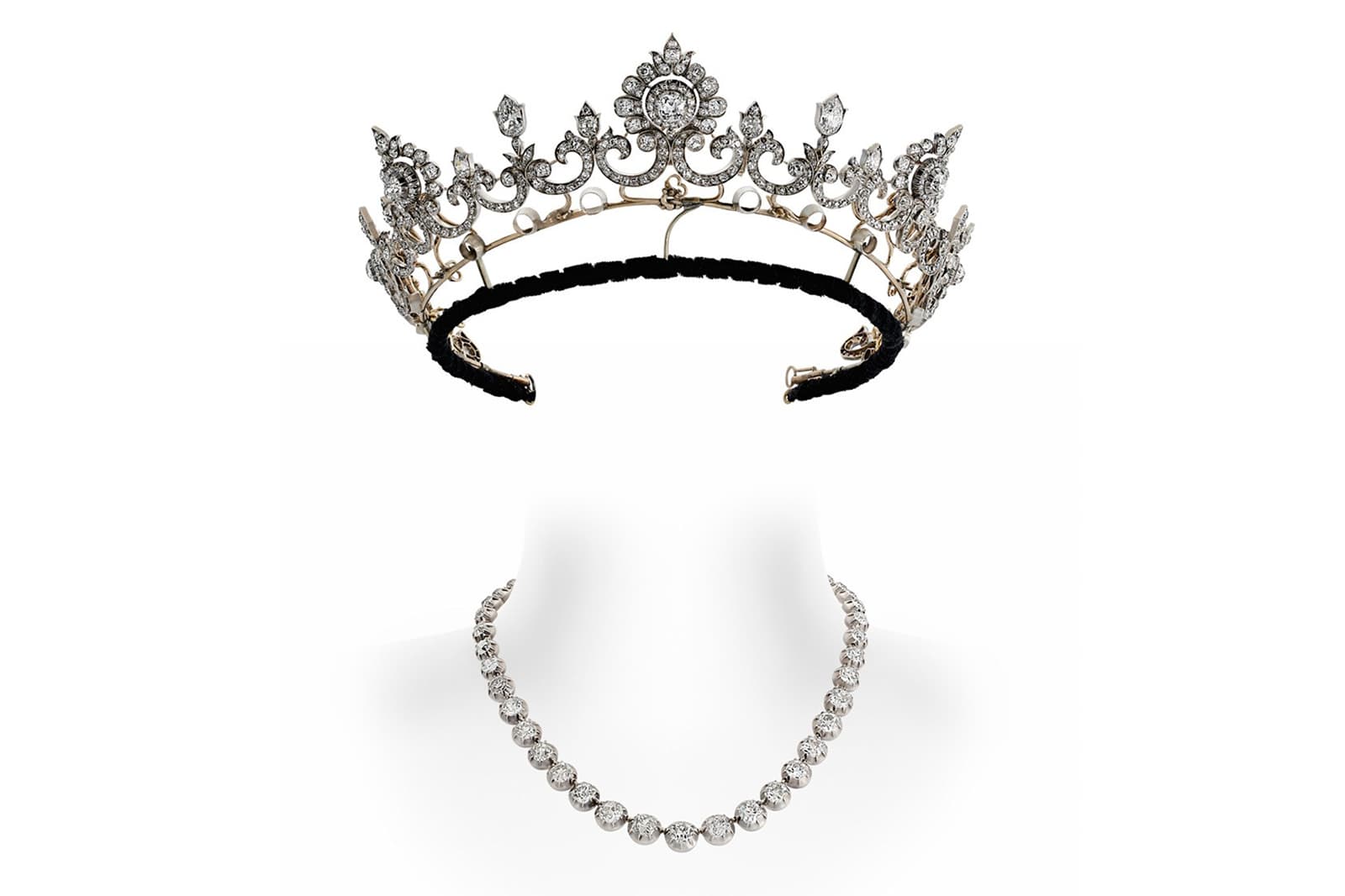 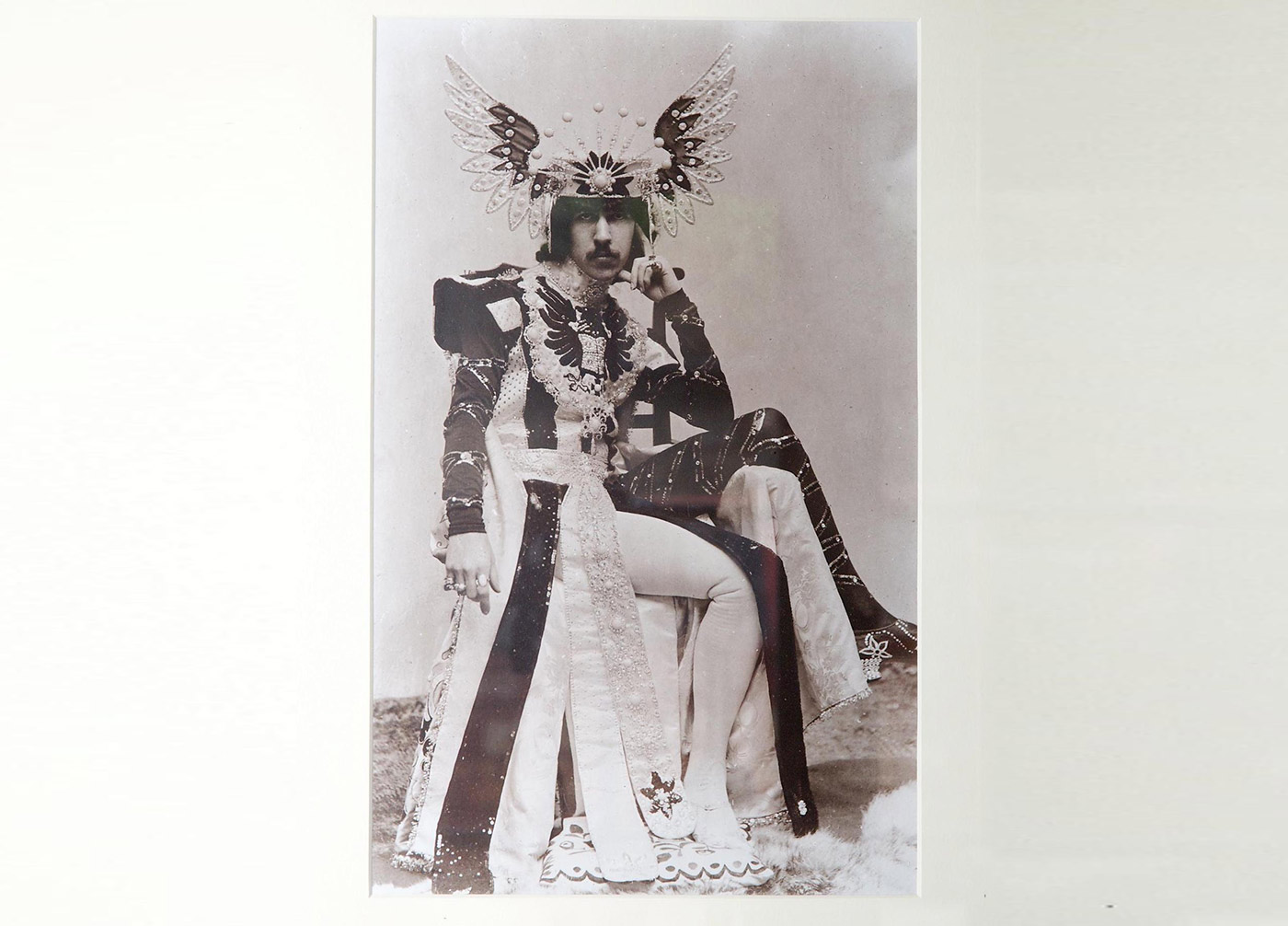 One of such examples is a diamond tiara from exclusive collection of the controversial ‘Dancing Marquess’ - one of the British aristocracy’s most flamboyant and controversial characters. The 5th Marquess of Anglesey, Henry Cyril Paget, died in March 1905 having run up debts equivalent to £60 million due to his excessive spending. The flamboyant aristocrat spent hundreds of thousands of pounds on his own travelling theatre productions, lavish clothes and jewels– including the magnificent Victorian tiara with detachable necklace. Created circa 1890, the tiara contains over 100 carats of old European and old mine cut diamonds, which can detach to form a stunning rivière necklace. It will be showcased at Hancocks London during the TEFAF Maastricht exhibition from 7th to 15th of March. Guy Burton of Hancocks London said: “This is a unique piece in every way [...] if jewels could talk, this tiara would have a fascinating story to tell.” 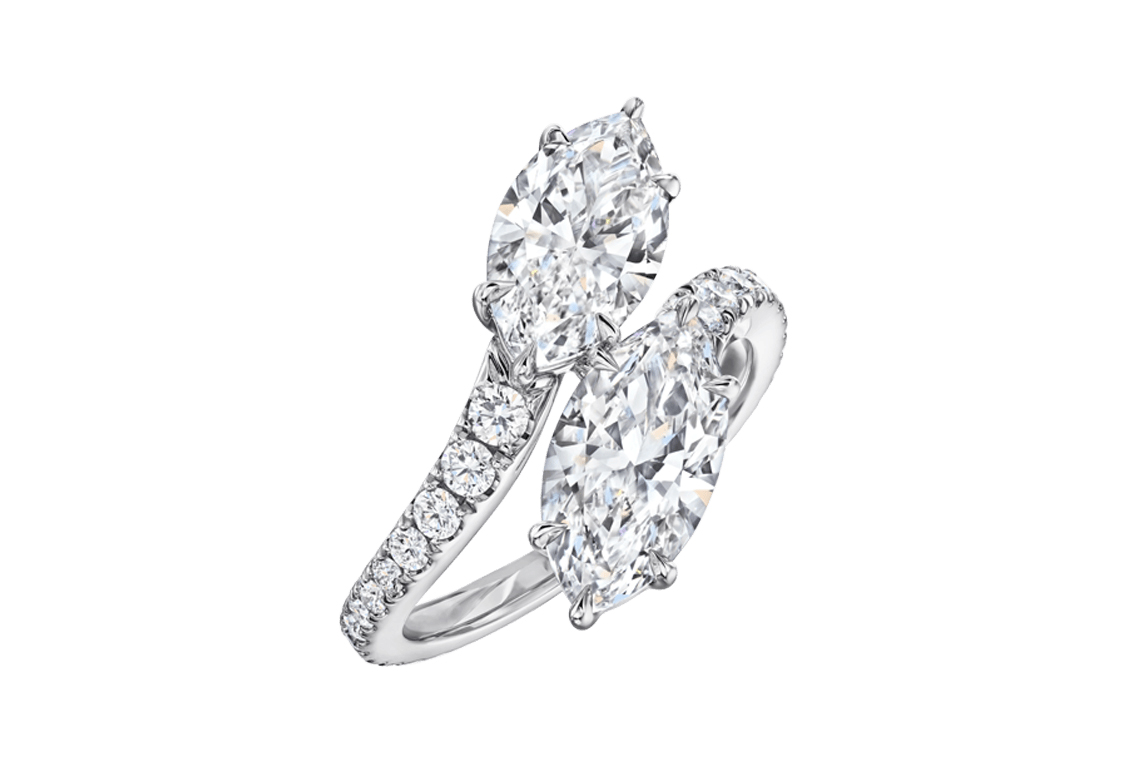 Another famous royal jewellery scandal comes from the story behind the inception of the marquise stone cut - which is said to come from the shape of King Louis XV of France mistress Jean Antoinette Poisson, the Marchioness Madame de Pompadour’s lips. The cut’s name comes from equally regal beginnings, having often been worn by courtiers. Also known as the navette cut (meaning ‘boat’ shaped), the marquise cut diamond features 58 facets and an elliptical shape with pointed ends. 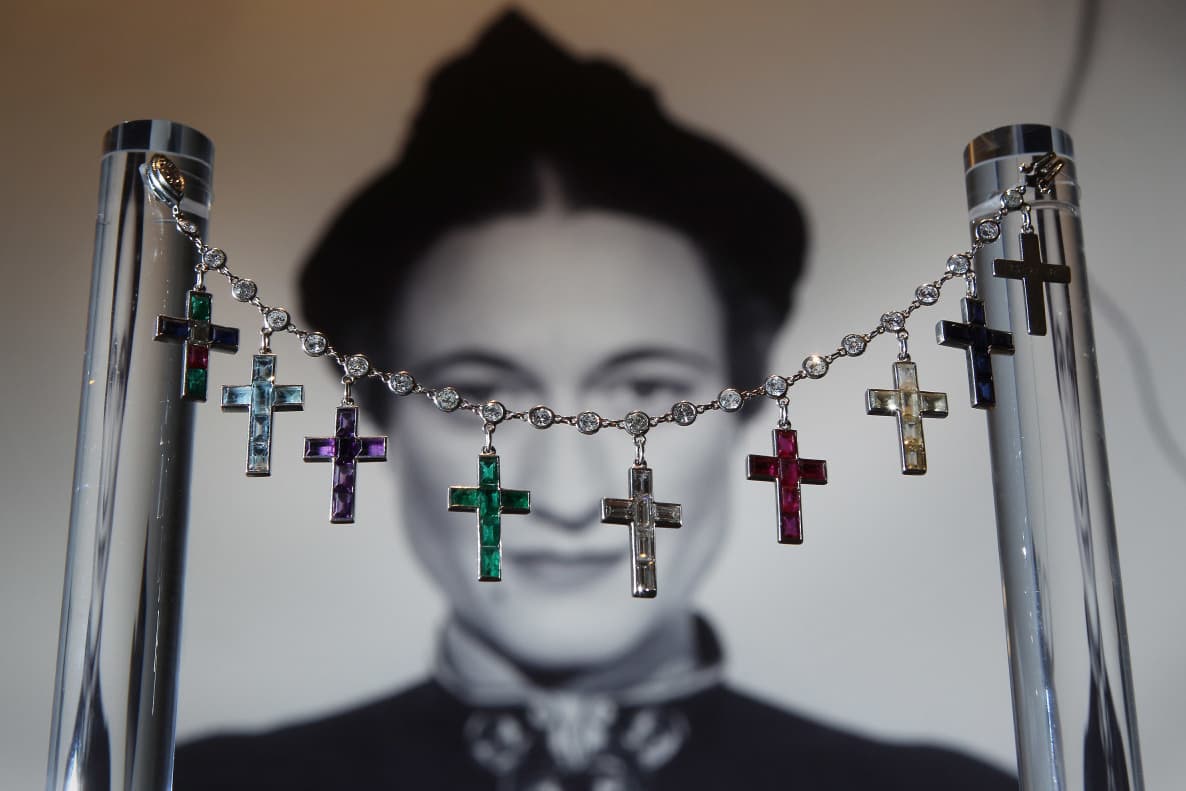 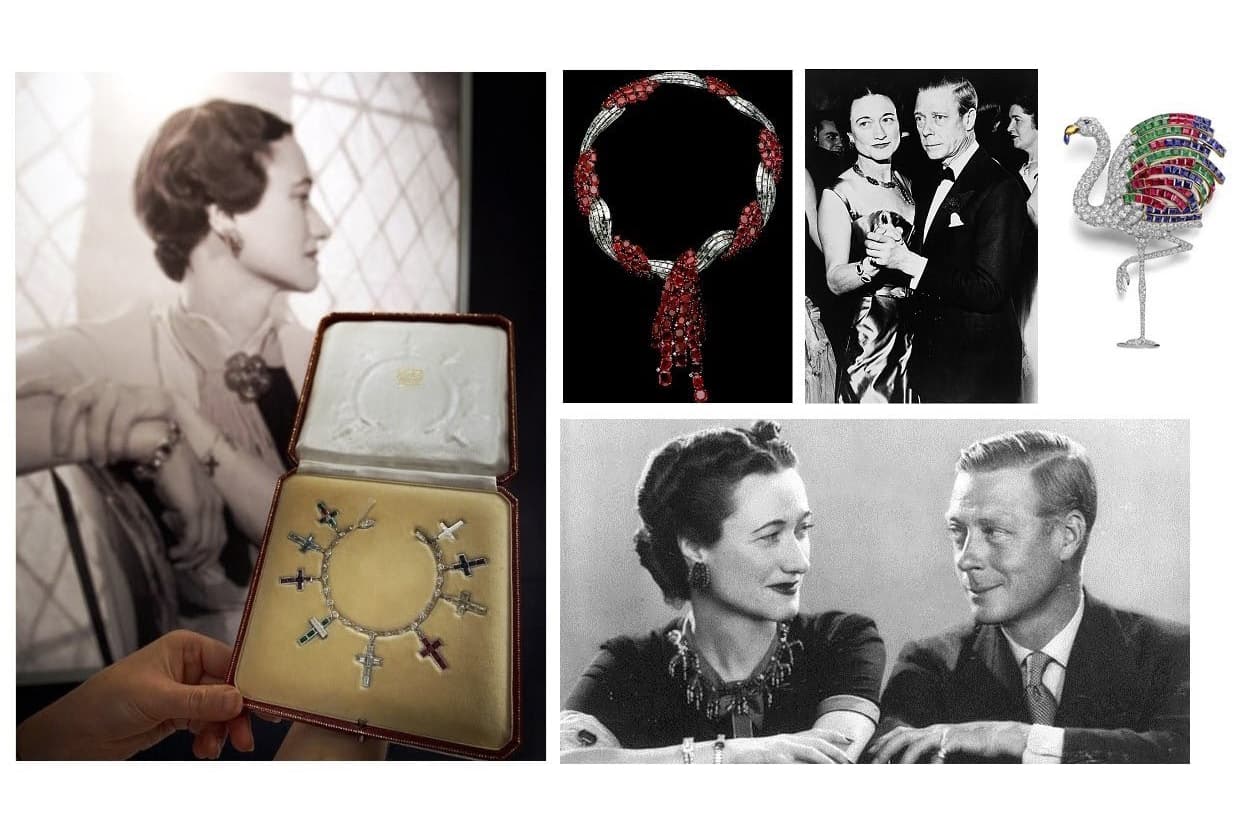 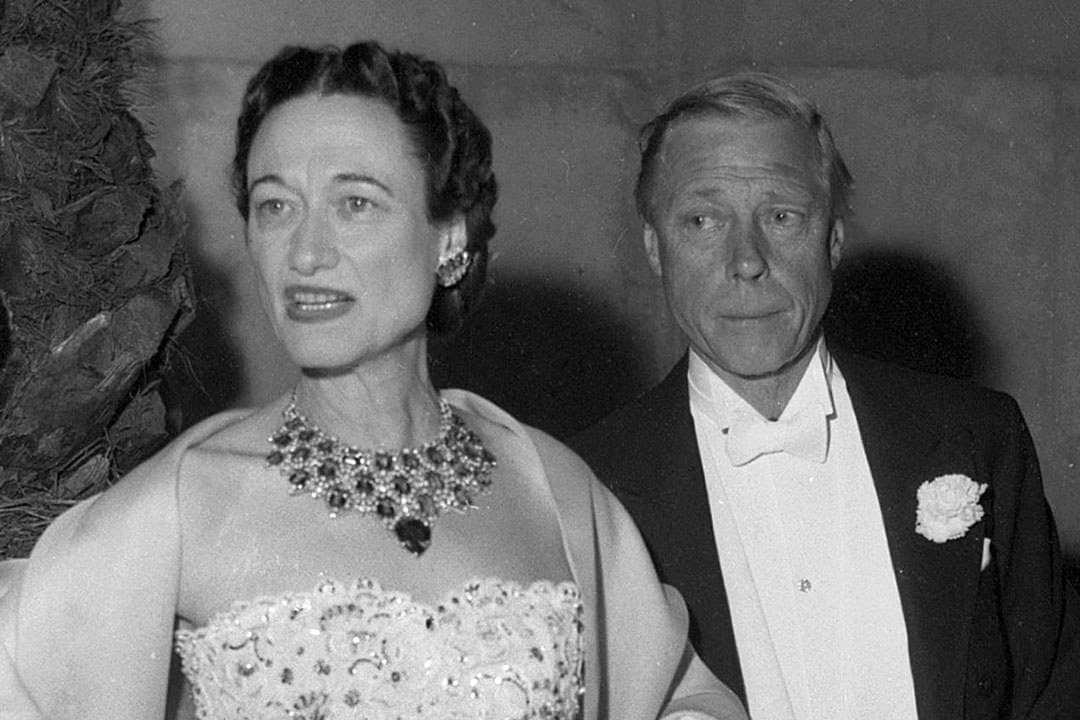 The story surrounding Wallis Simpson’s incredible jewellery collection given to her by the former King Edward VIII - who abdicated the throne to get married to the divorcée - is as intriguing as the jewels themselves. The context of this story is that this relationship was dubbed the ‘love affair of the 20th century’, because of the incredible sacrifice that it was perceived that Edward made for love. Not only was the marriage itself a huge scandal, but there are further claims that Van Cleef & Arpels, Cartier, Boucheron - and other important jewellery houses in London and New York were not always reimbursed for the work which The Duke of Windsor commissioned. “The Duke and Duchess of Windsor loved expensive jewellery - but didn't enjoy paying for it,” said author Christopher Wilson in his 2010 book Dancing With The Devil: The Windsors And Jimmy Donahue. He further asserts that the Windsors were also criticised by some for what was seen as gaudy and inappropriate displays of wealth during the postwar era: following the end of World War II, the Duchess made charitable visit to the headquarters of the Salvation Army in New York decked in sables, pearls, a diamond clip, and huge aquamarine and sapphire earrings. 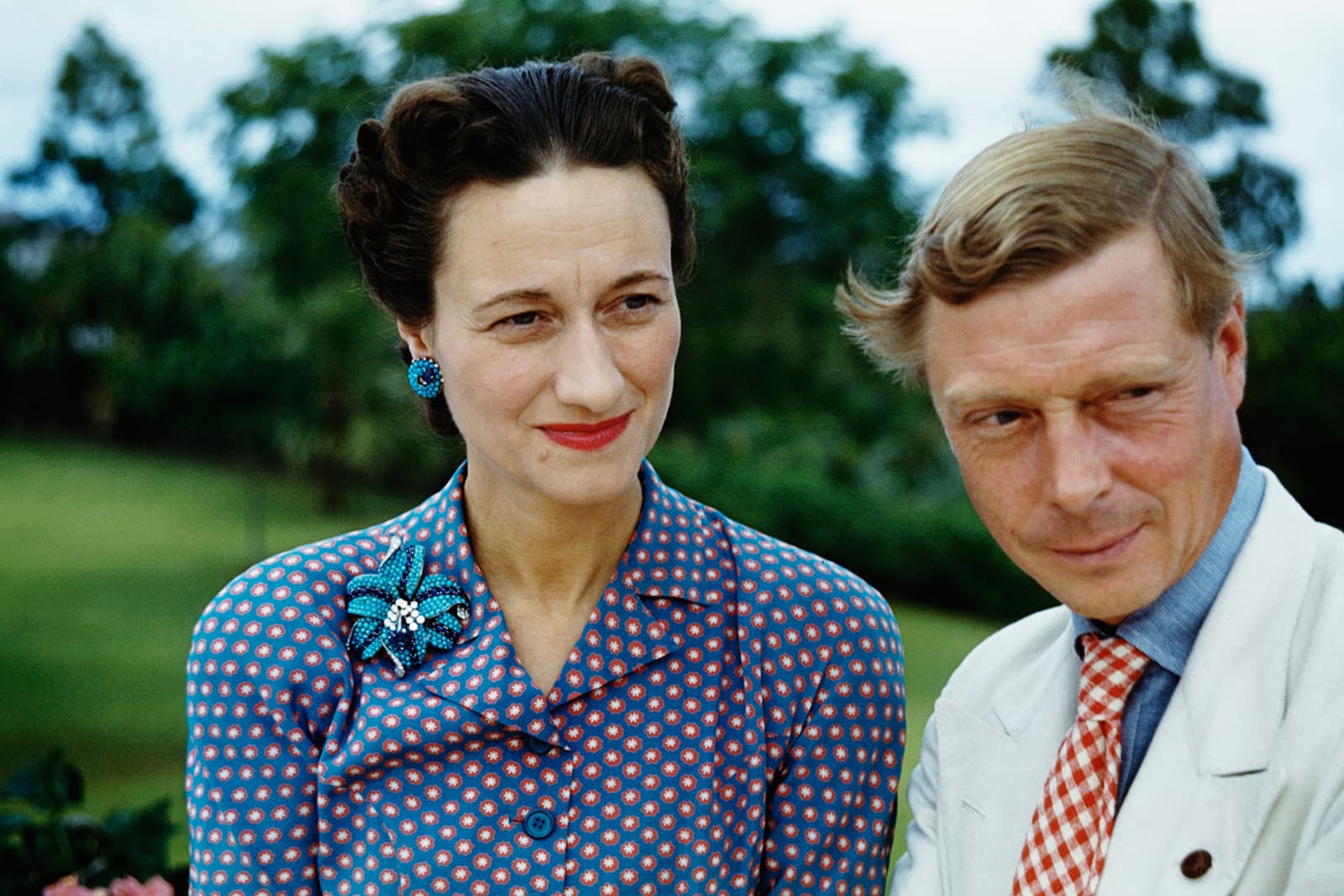 One enormous royal scandal which followed the dissolution of Princess Diana and Prince Charles’ marriage came to a head on the evening which the Prince famously admitted to adultery in a 1994 television interview. This was the evening which Diana chose to wear the daring ‘revenge’ dress which made headlines for its form fitting shape. The Princess chose to accessorise this dress with one of her favourite pieces of royal jewellery - a seven strand pearl choker with a huge sapphire and diamond centrepiece – a brooch which was then converted into part of the necklace gifted by the Queen Mother for Diana and Prince Charles’ wedding. During their marriage, this necklace had been a signature jewel of Diana’s, and for her to appropriate the jewel in an outfit which was worn the night that the entire world was watching her communicated her defiance and independence in the face of her husband’s infidelity. 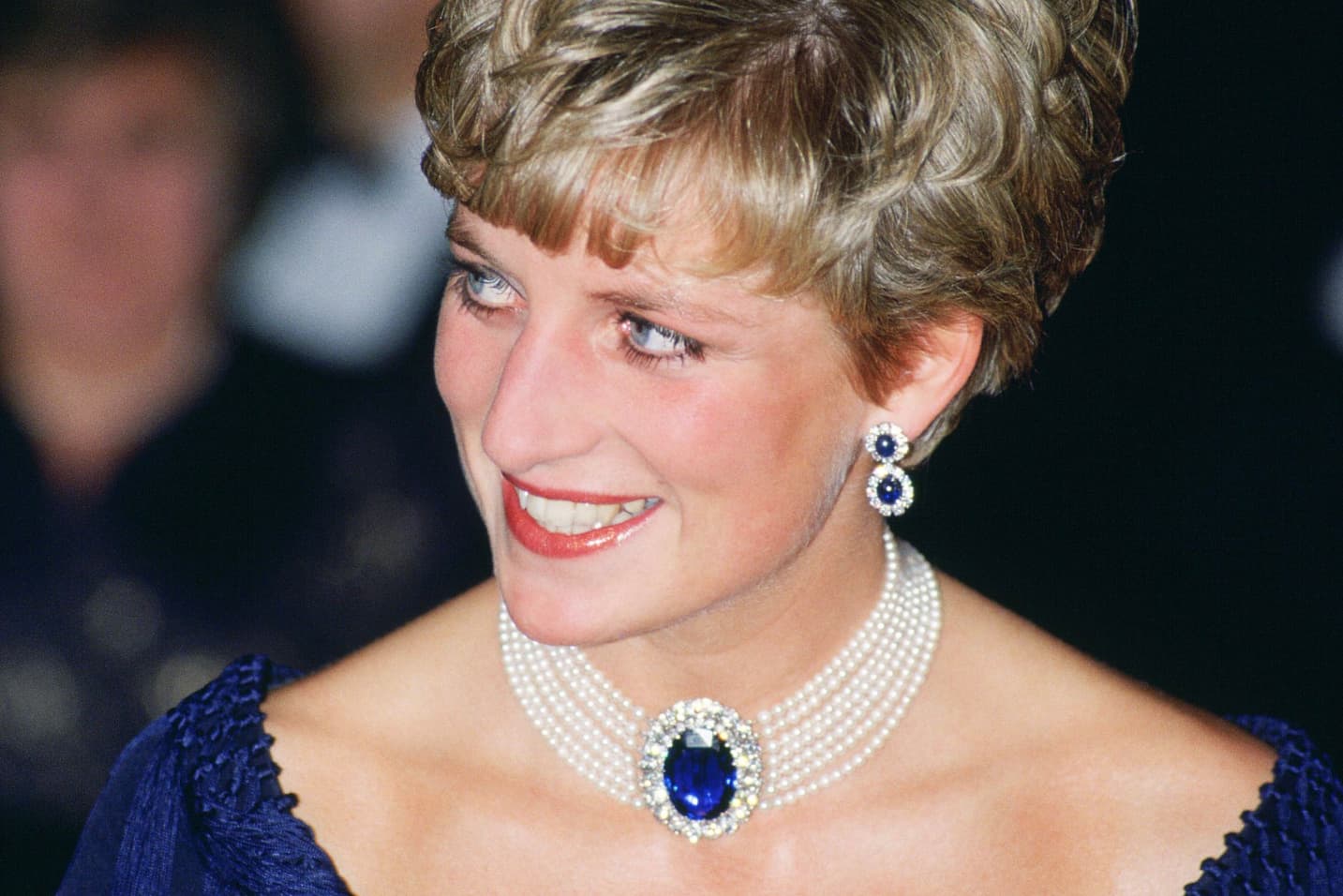 A classic jewellery scandal that involves Marie Antoinette, deception and one of the most incredible jewels ever created is ‘The Affair of the Diamond Necklace’, where the controversial Queen was accused of stealing from her own court jeweller. In 1772, Louis XV of France decided to make his mistress Madame du Barry a special gift at the estimated cost of approximately $15 million in today’s terms. He enlisted jewellers Charles Auguste Boehmer and Paul Bassange to create a diamond necklace which was so grand that it would take jewellers several years to find an appropriate set of diamonds. So long in fact, that Louis XV died of smallpox, and his successor to the throne had banished du Barry from the court in shame. The necklace was described as “a row of seventeen glorious diamonds, as large almost as filberts… a three-wreathed festoon, and pendants enough (simple pear shaped, multiple star-shaped, or clustering amorphous) encircle it... around a very Queen of Diamonds.” 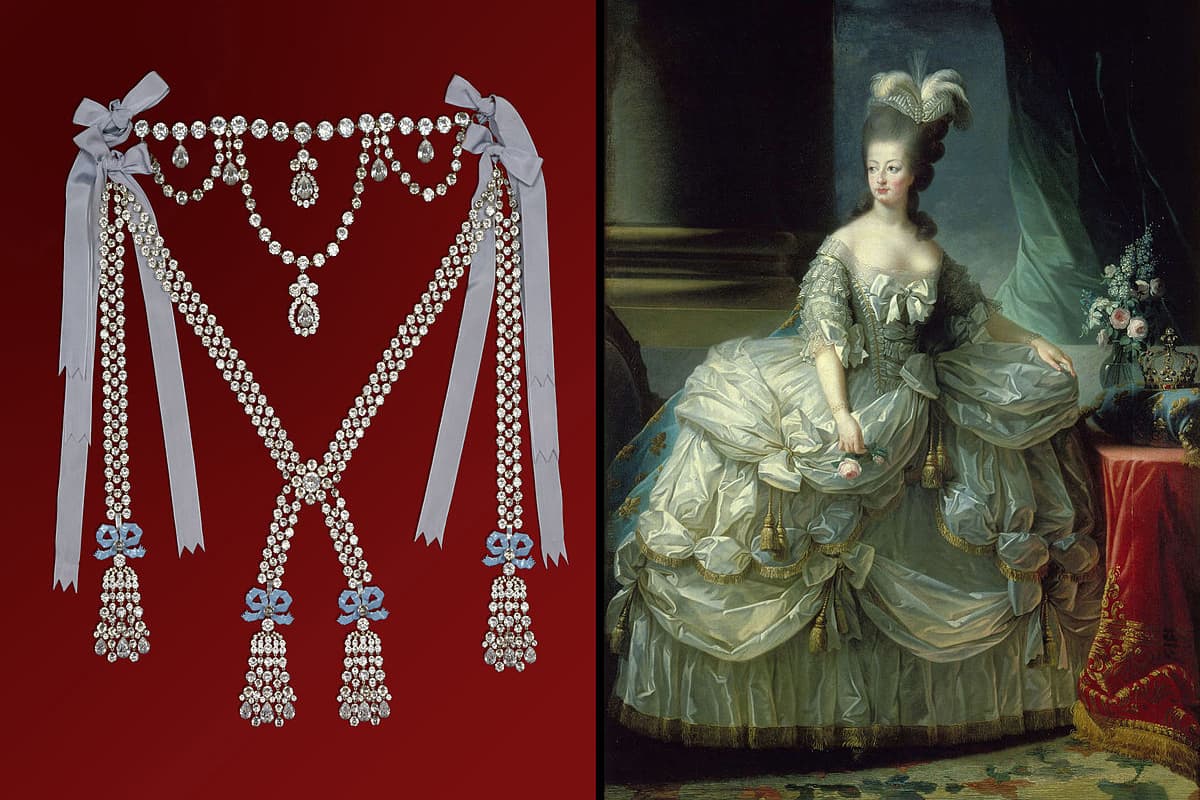 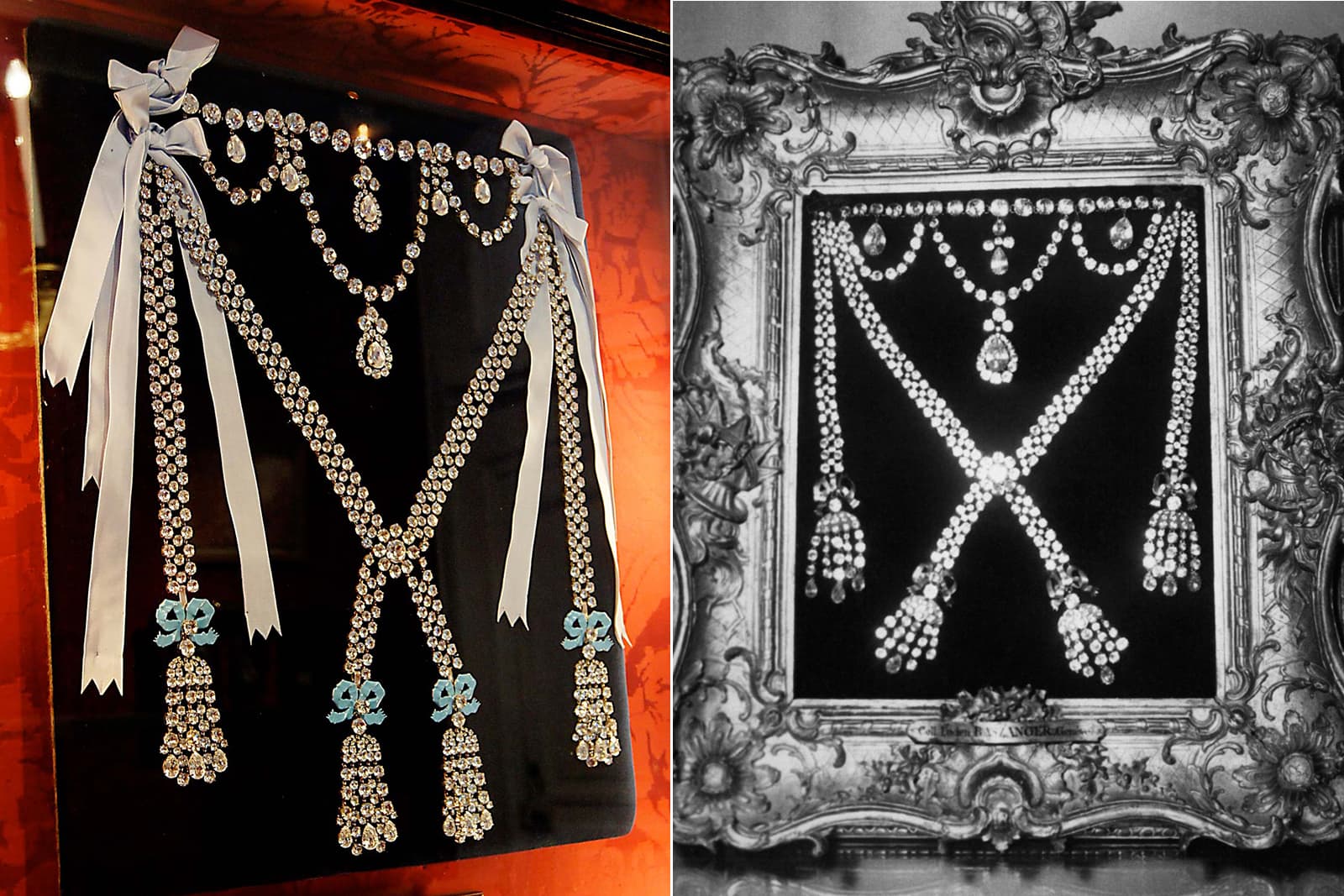 After this incredible creation was ready but with no owner, the jewellers hoped that one of the very few people who could afford to buy it would be the Queen of France, Marie Antoinette. Louis XVI did offer to pay for the necklace, but the Queen refused. A confidence trickster who called herself Jeanne de Valois-Saint-Rémy, also known as Jeanne de la Motte, conceived a complex plan involving lookalikes of the Queen, fraud, forged letters and more. Once the con succeeded, the diamond necklace was promptly picked apart, and the gems sold on the black markets of Paris and London by Madame de la Motte. After a long trial which acquitted the Queen of any wrongdoing and identified the thieves involved, many of the people of France still suspected the Queen of having been involved in the scam - these factors led to a huge decline in the Queen's popularity and the perception of her as a vain spendthrift. 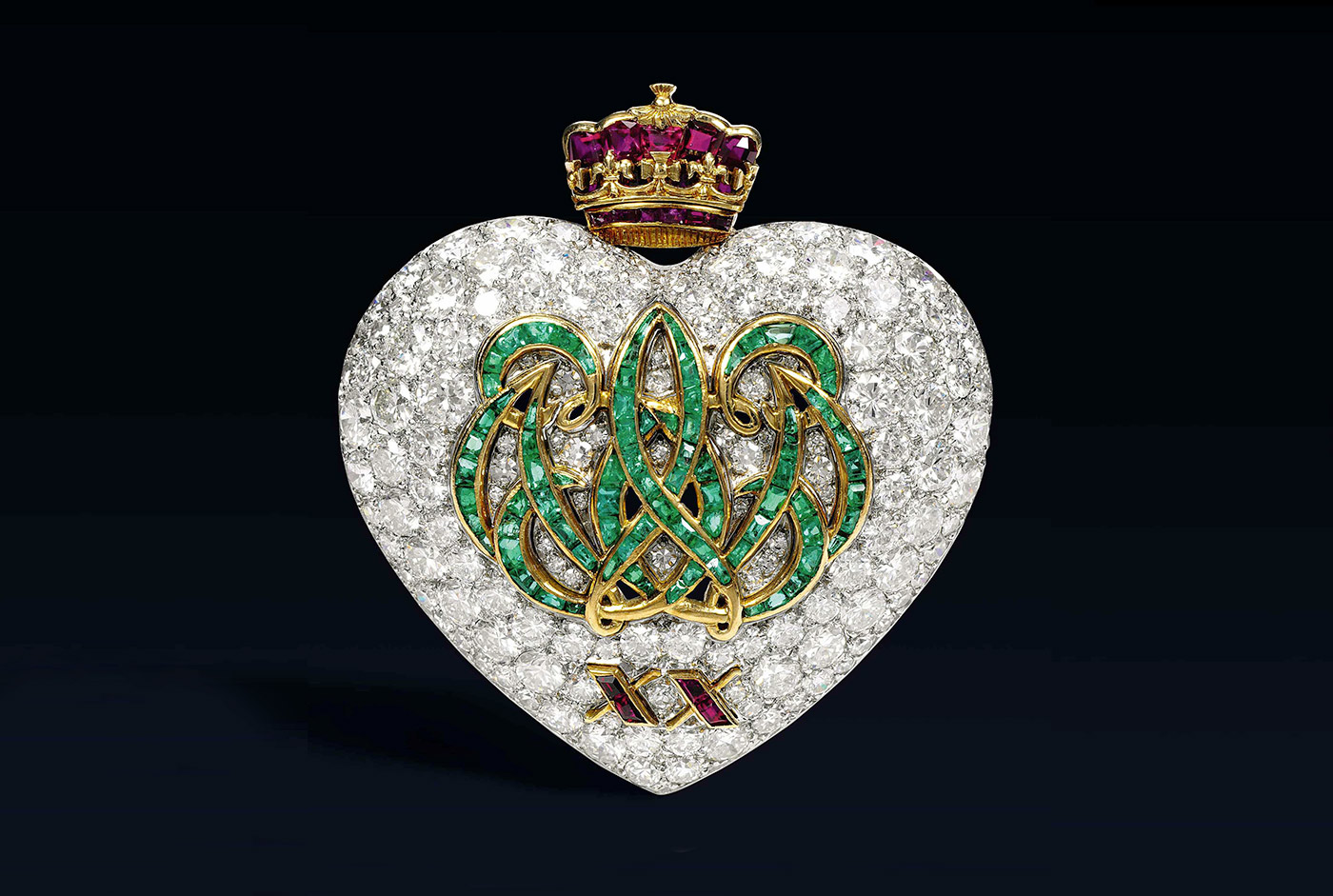 These stories of royal jewellery scandal had the power to make or break royal careers, and created defining moments in the public eye - and indeed in their lives - signalling the importance of jewellery as a status symbol, and its significance throughout history.