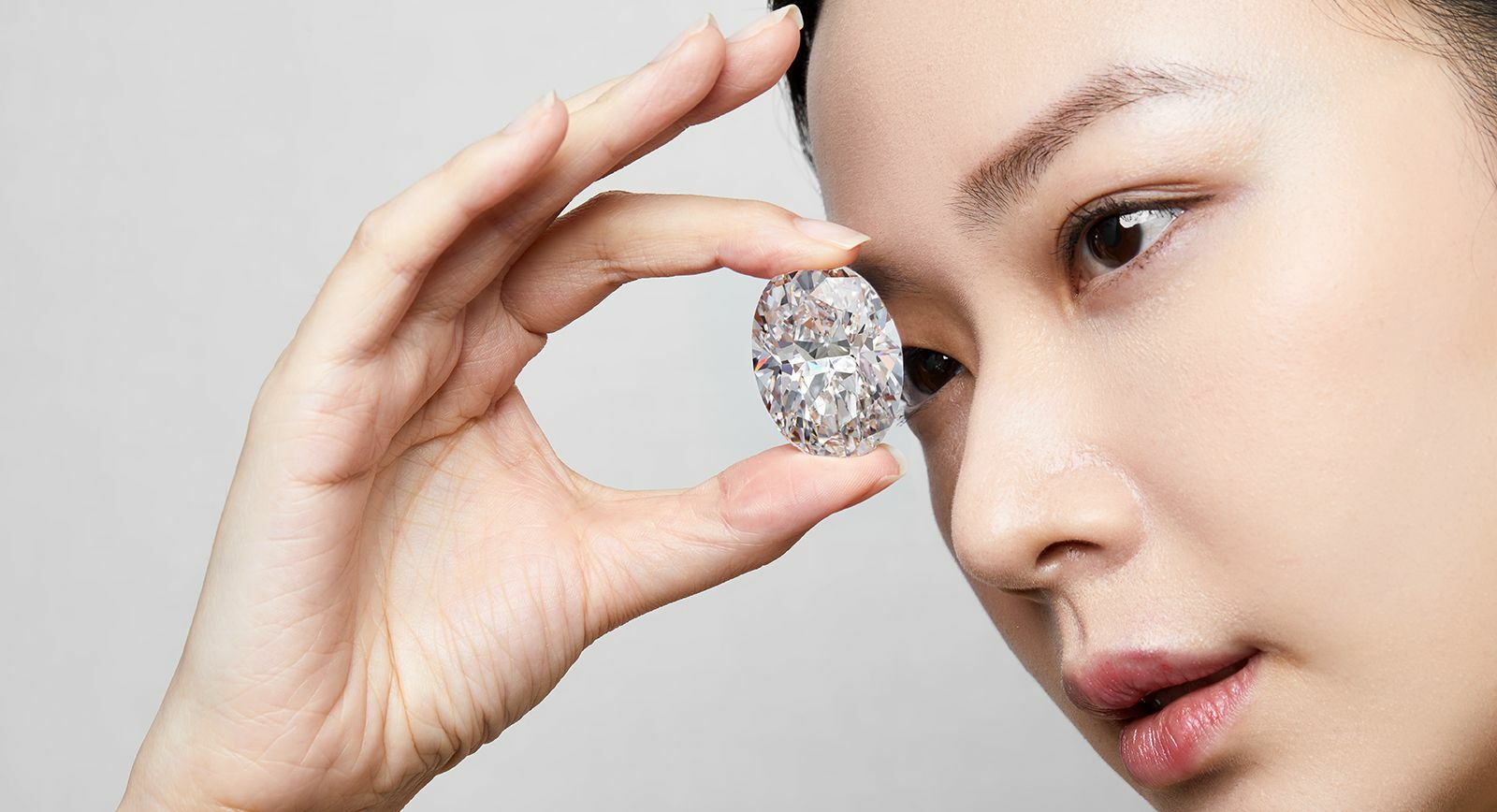 From legendary sizes to hyper-rare colours, these diamonds hit the headlines in 2020 and will now go down in history as some of the most significant ever cut, polished and sold to private collectors and world-leading brands. Let’s take a closer look at the most sensational stones of the last 12 months and the ones that really captured my imagination.

So technically this isn’t one stone, but a whole group of exceptional diamonds discovered by De Beers at its mines in Botswana and Canada. The so-called 1888 Master Diamonds Collection, named for the founding year of De Beers, was launched in November 2020 and includes colourless gems in the range of 5 carats to over 26 carats. The collection started life as eight rough diamonds, beginning at 35 carats and rising to 130 carats in size, which have been transformed into 19 cut and polished stones. It would be remiss not to mention the immense planning that goes into reshaping rough diamonds into faceted gems. In this instance, De Beers dedicated two to three months per diamond to ensure each one was cut for maximum beauty rather than carat weight. Take for example a 121.87 carat rough diamond, sourced in Botswana, that later emerged as four diamonds: a 21.55 carat oval shape, a 10.65 carat emerald-cut, a 10.33 carat pear-shape and a 5.23 carat round brilliant stone. Within the 1888 Master Diamonds Collection there is also a 26-carat emerald-cut and an 18 carat heart-shaped stone that will no doubt make remarkable bespoke pieces for De Beers’ VIP clientele. 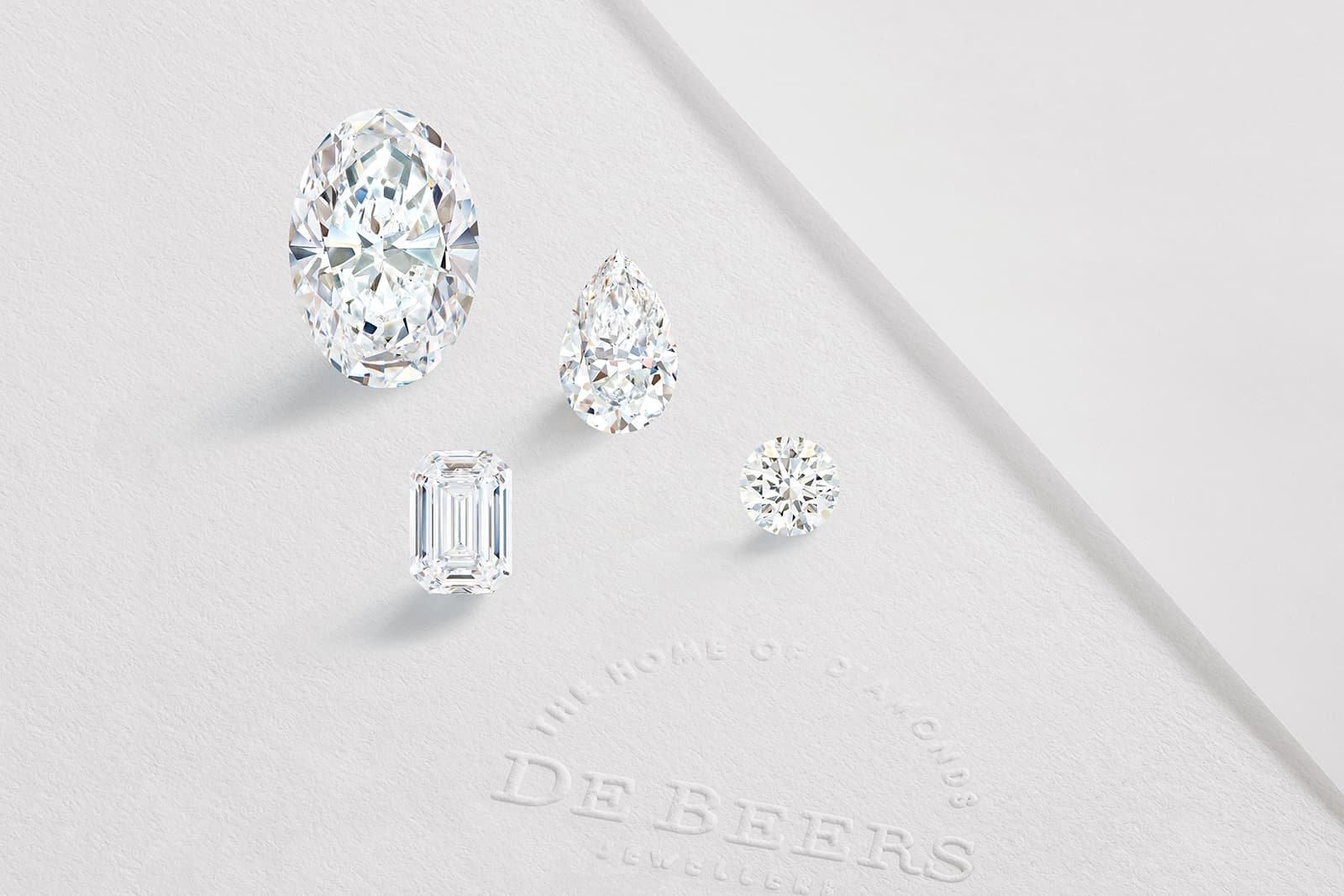 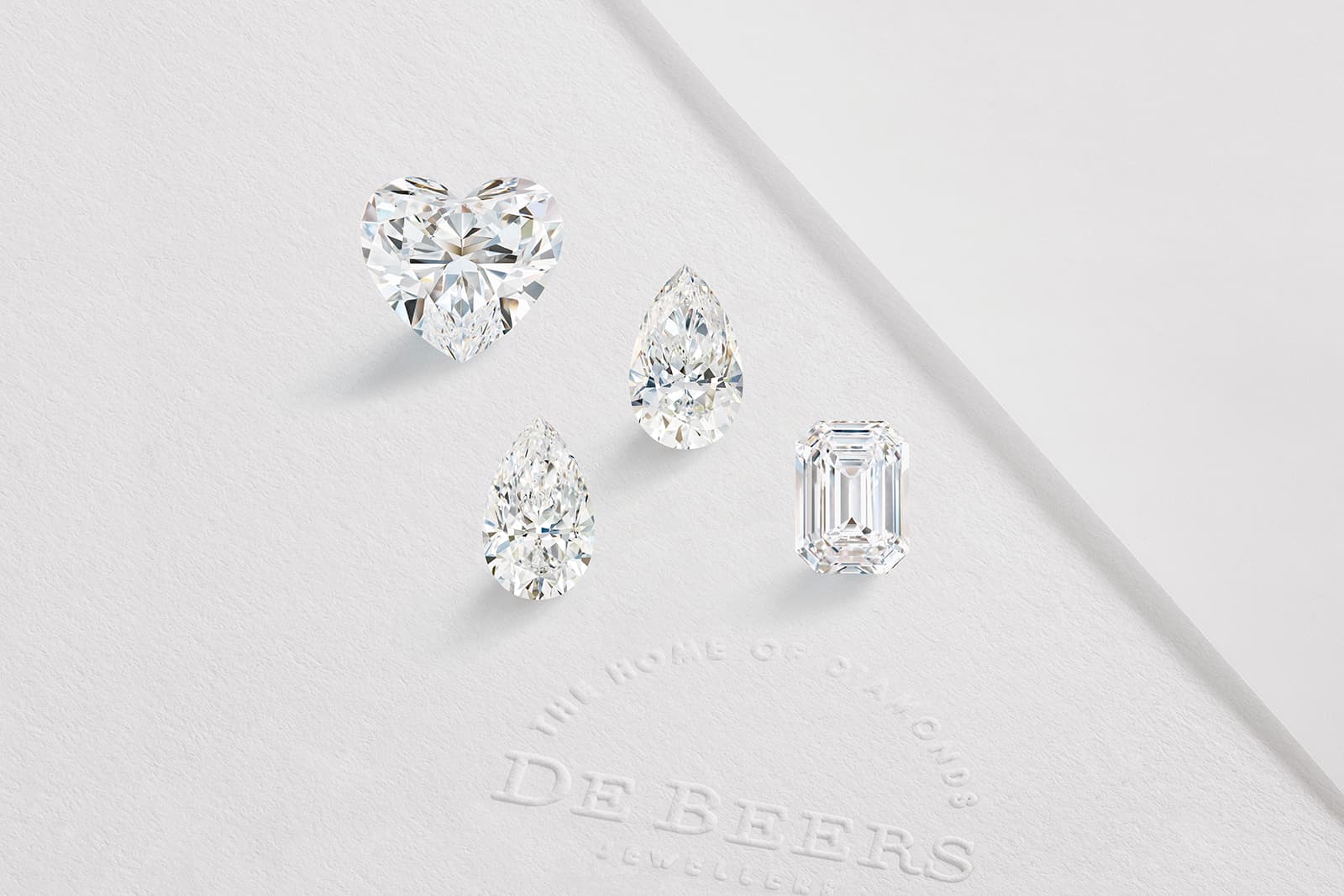 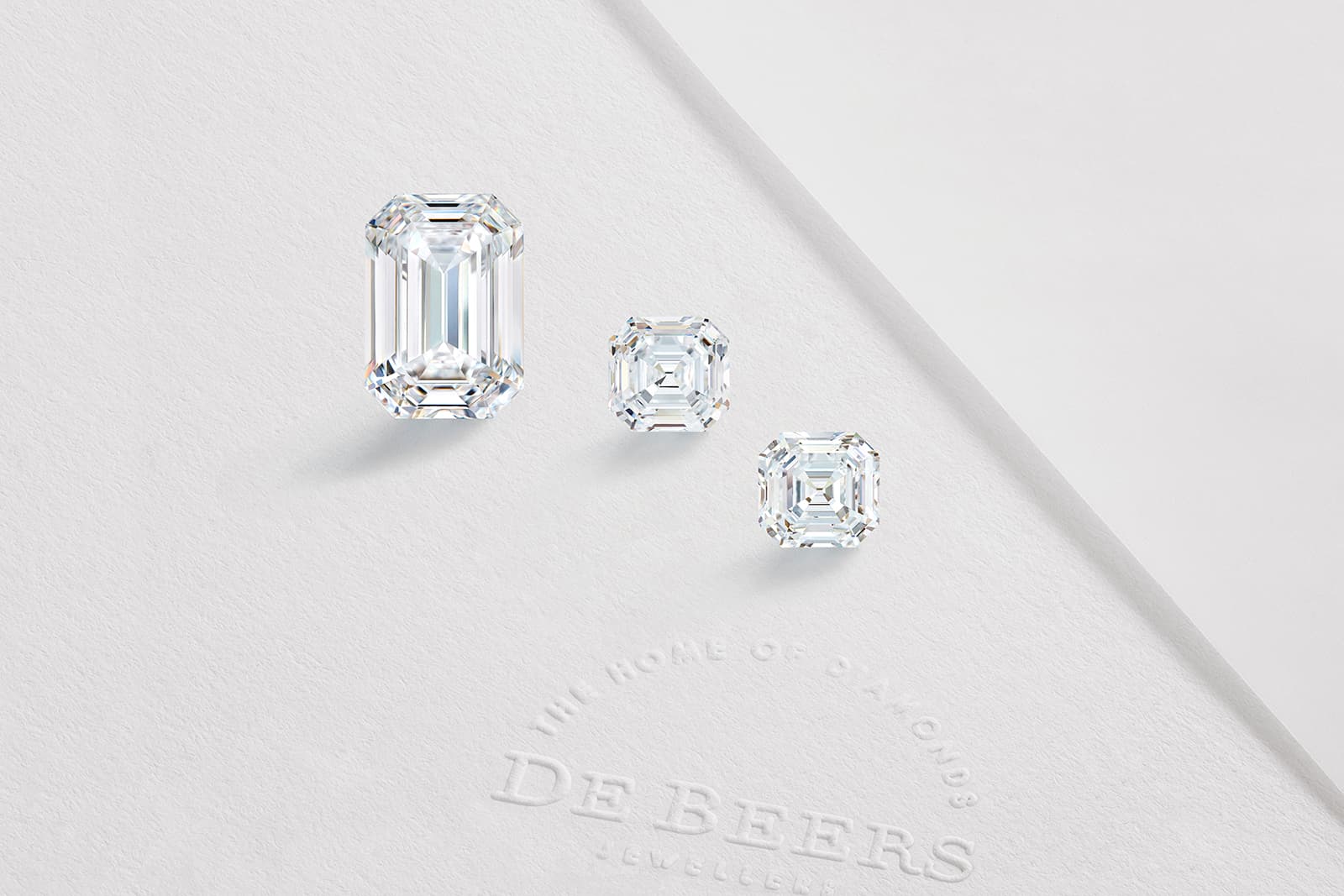 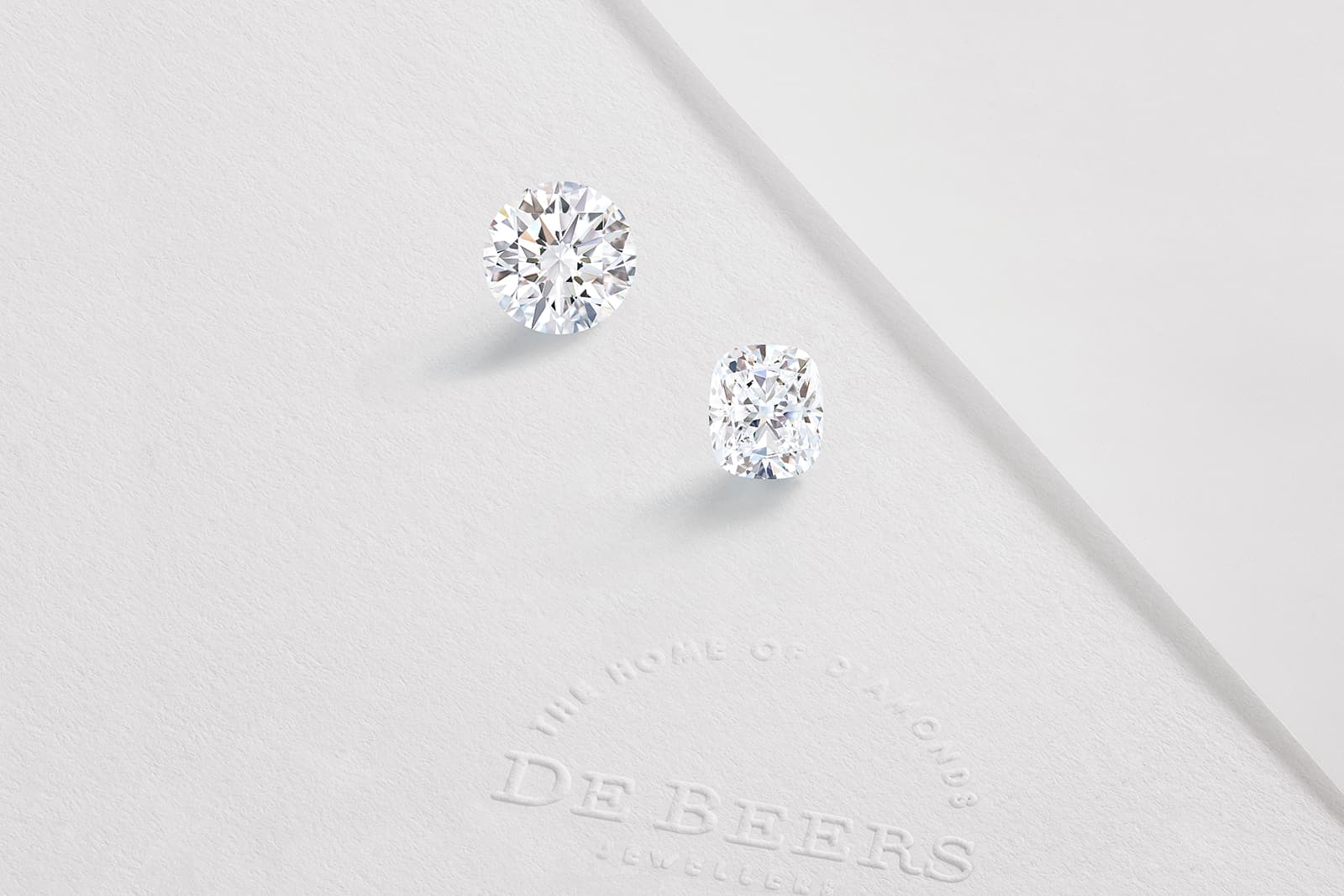 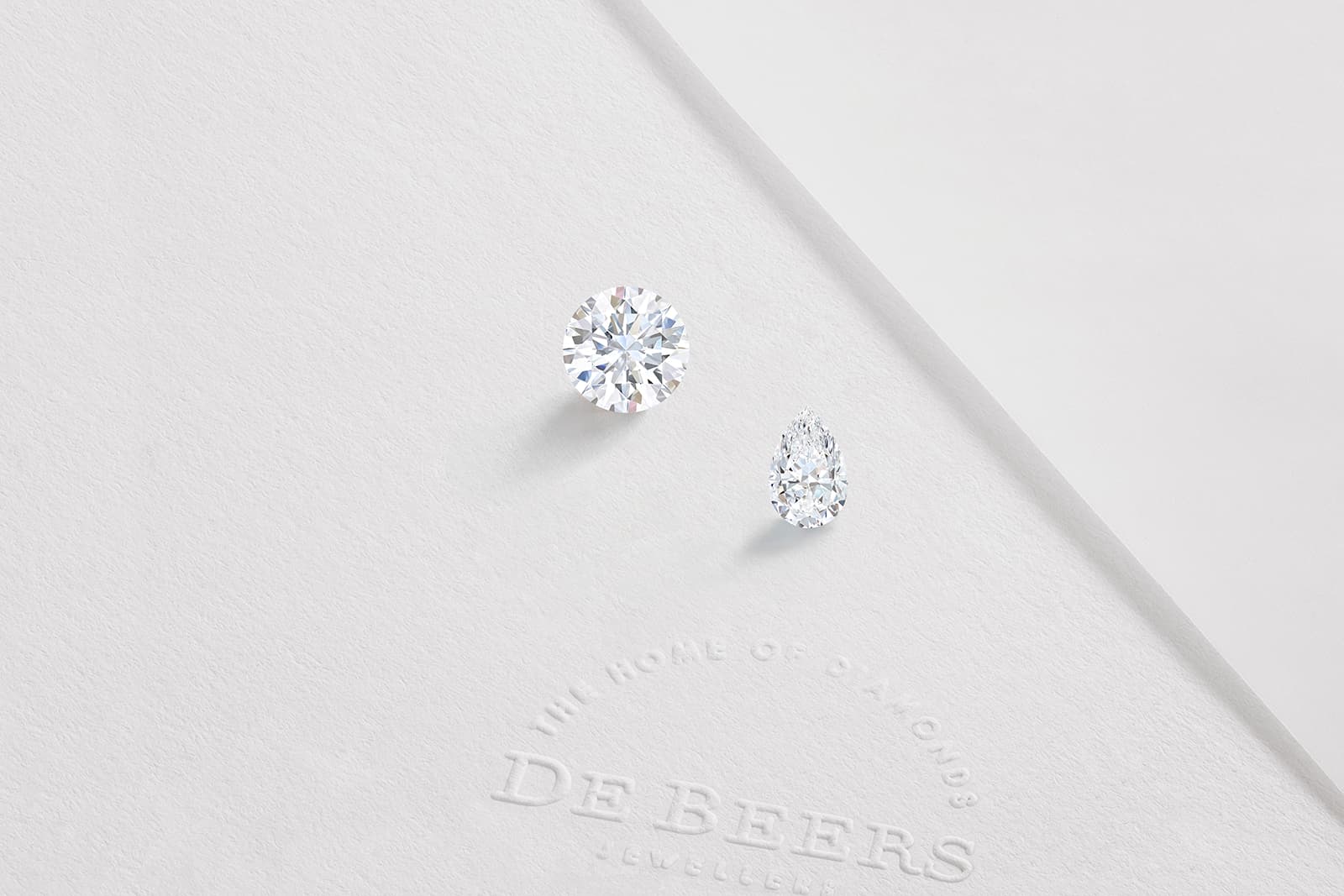 The Spirit of the Rose

In August 2020, Sotheby’s announced a special auction lot, the 14.83 carat fancy vivid purple-pink, internally flawless, type IIa diamond, known as “The Spirit of the Rose”. The diamond was named after Vaslav Nijinsky’s legendary ballet, Le Spectre de la rose, largely because it was mined, cut and polished in Russia. The original 27.85 carat rough –mined by ALROSA at the Ebelyakh deposit in the Republic of Sakha (Yakutia) – was itself called the ‘Nijinsky’in homage to the legendary dancer who performed as the ‘Rose’ in the original Ballets Russes performance. The stone took around one year to cut and polish into its perfectly symmetrical oval-shape, which was chosen to enhance yield and flatter is delicate rose petal-pink hue. For diamond connoisseurs and collectors, this was a once-in-a-lifetime stone and the largest purple-pink example ever to appear at auction. By November 11, when the auction took place, insert in the gem was at a fever pitch. It eventually sold at Sotheby’s Geneva for a hammer price of US $26.6 million, including buyer’s premium. Interestingly, there were only two bidders who battled to claim for ‘The Spirit of the Rose’ as their own. The individual who walked away victorious chose to remain entirely anonymous. 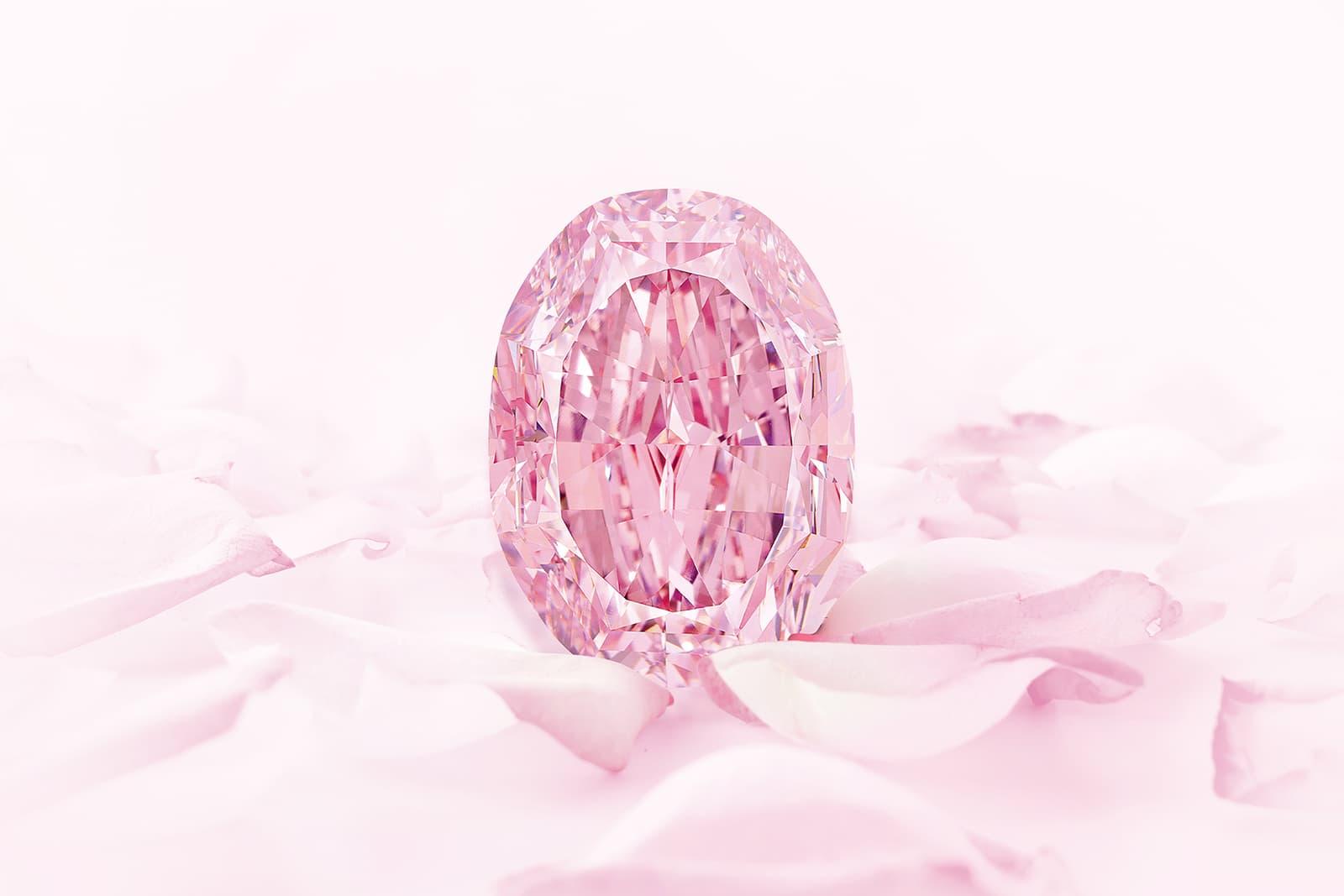 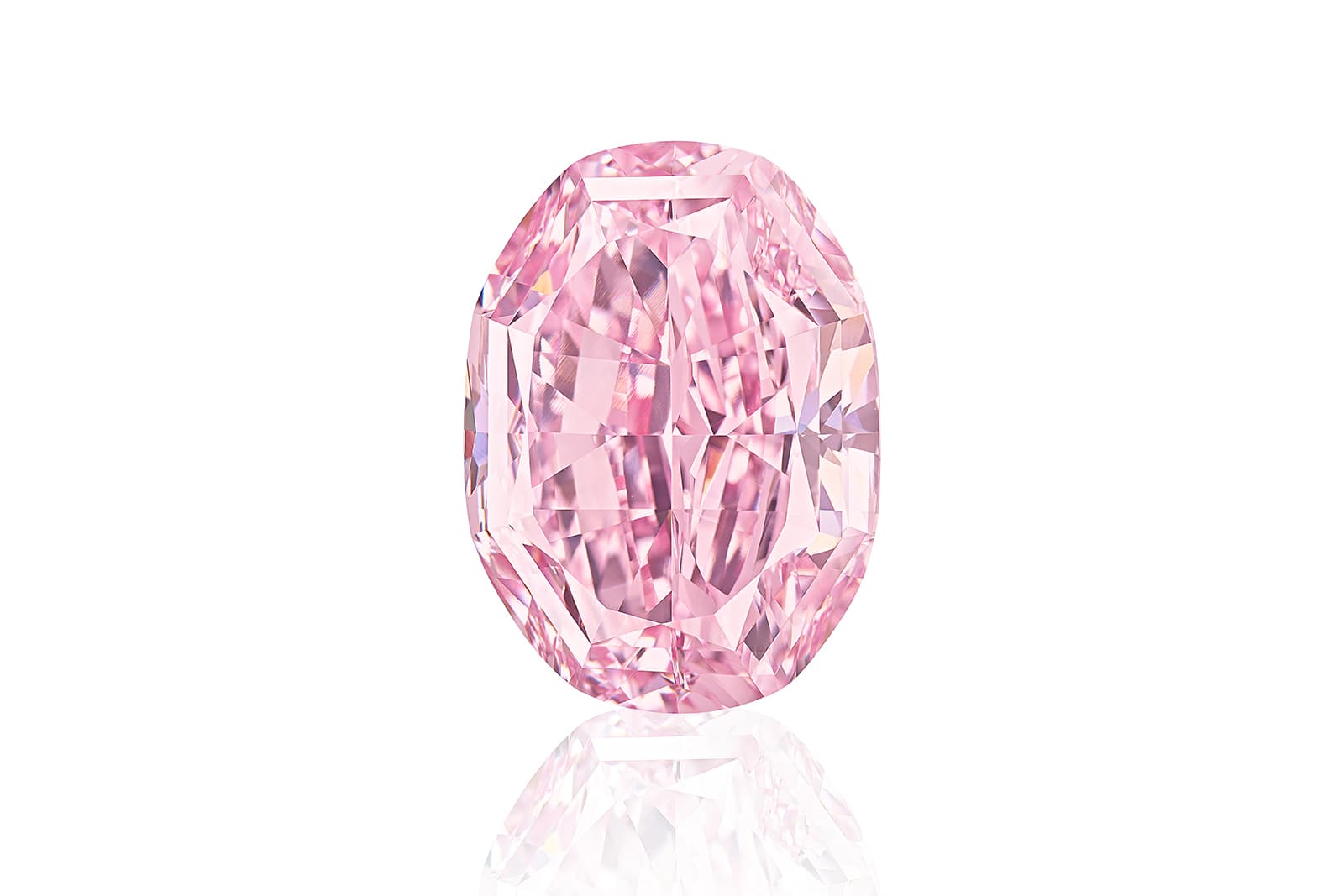 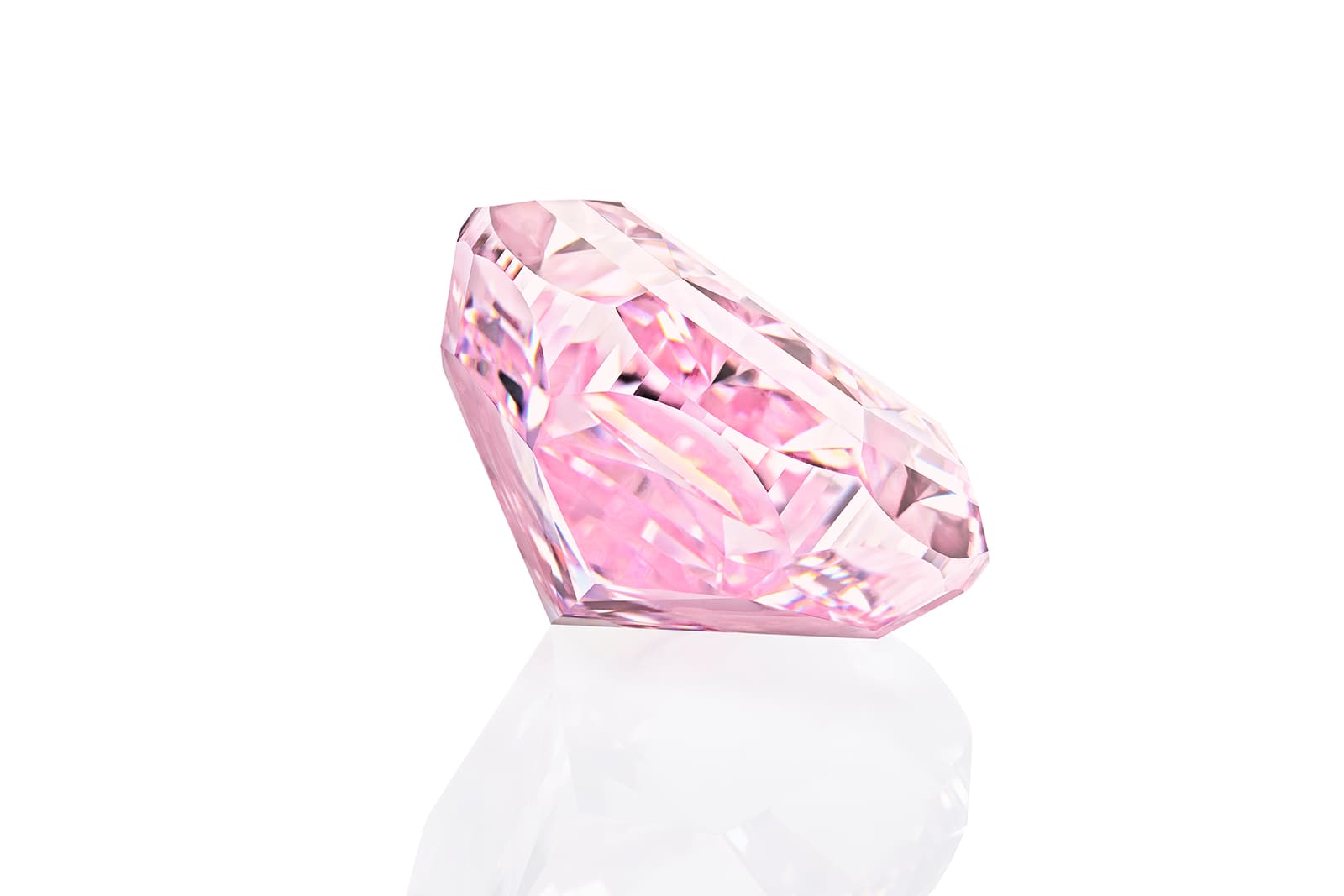 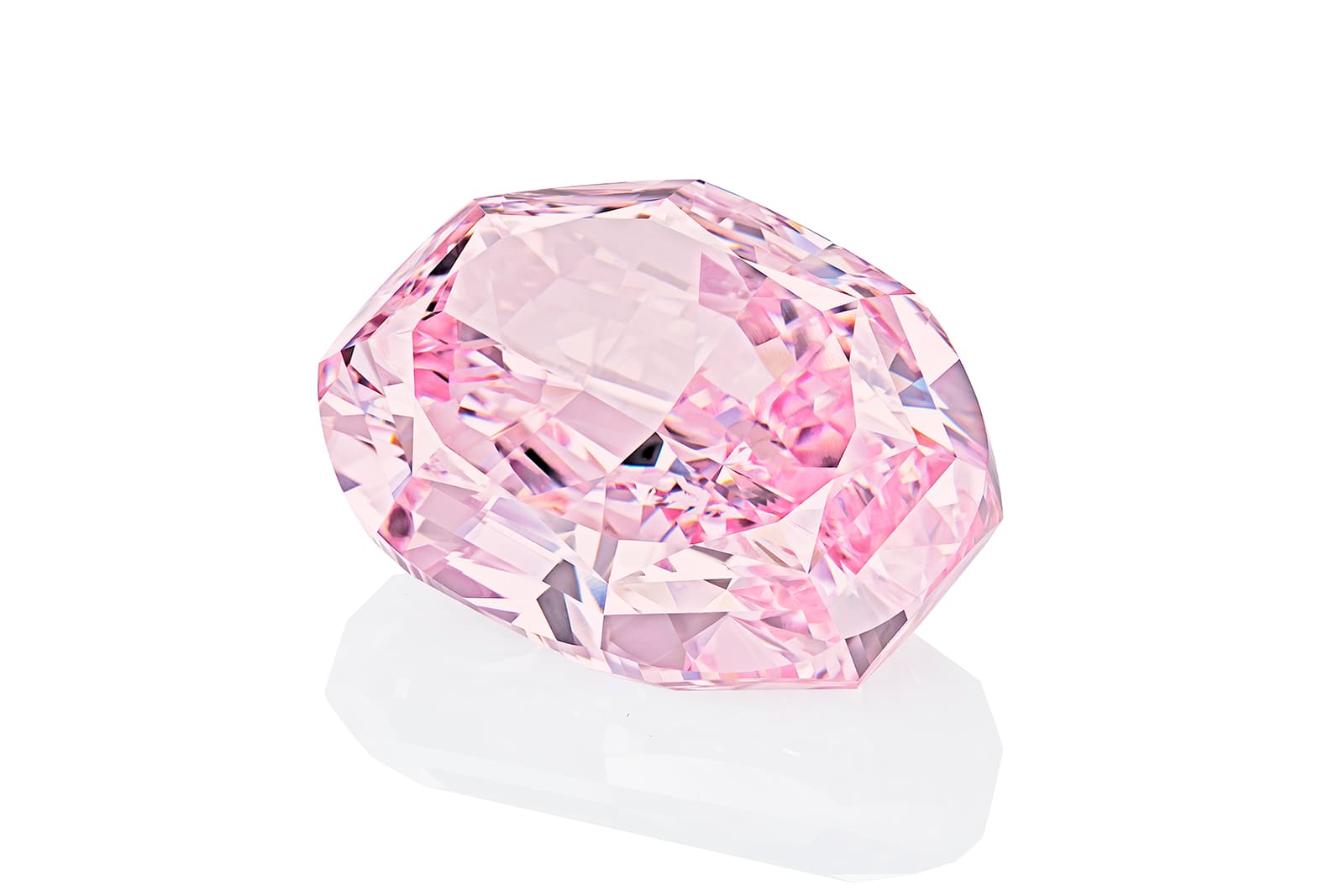 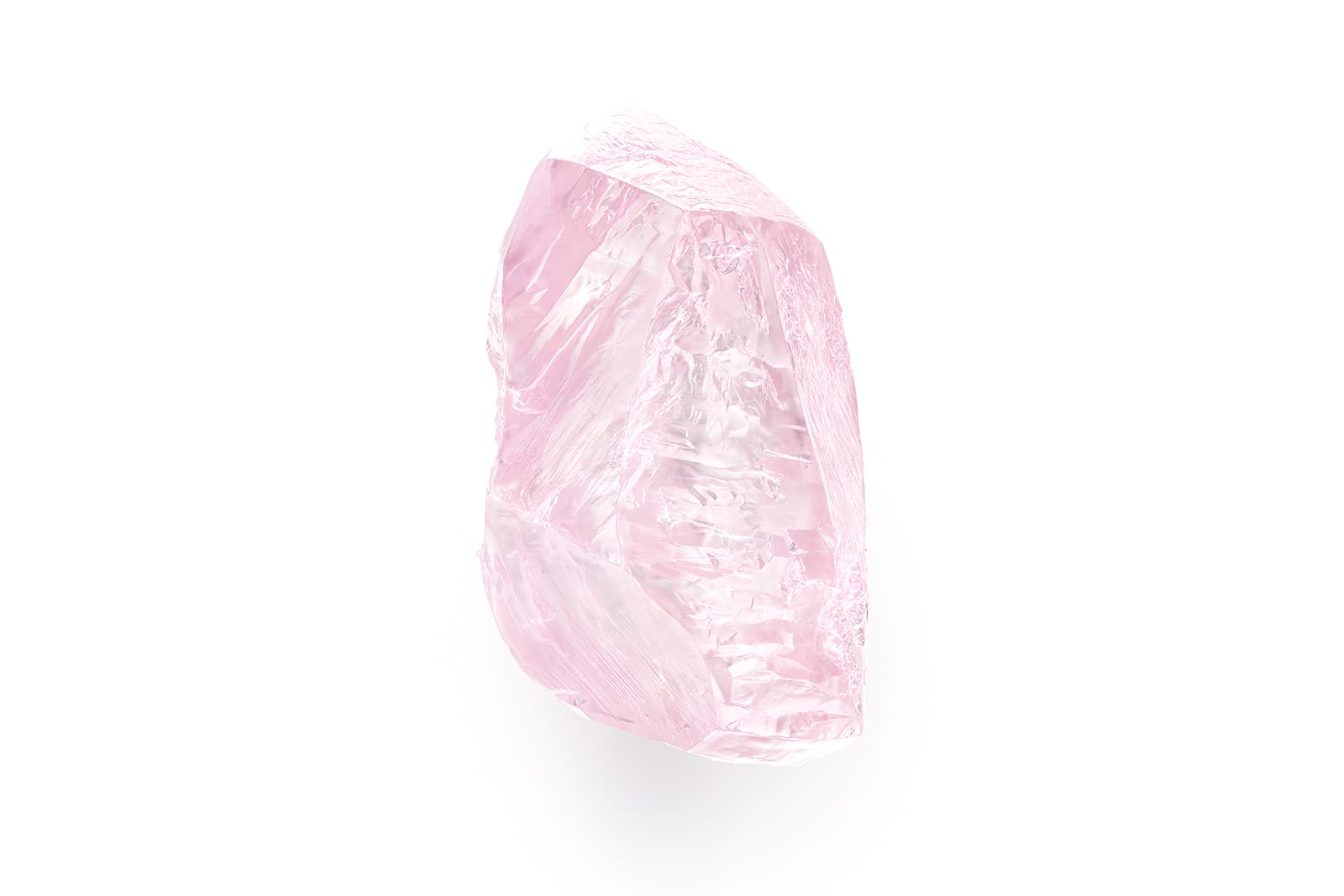 Sometimes it’s not simply the diamond, but the way in which it is sold that sparks excitement. In September 2020, Sotheby’s Hong Kong announced an unprecedented gamble: a 102.39 carat D-colour, flawless, type IIa oval diamond would be auctioned without a reserve, meaning the winning bid would simply be the highest one, regardless of its amount or the intrinsic value of the diamond itself. One may have expected this flexibility with a lesser stone, but not with an ultra-rare diamond of this calibre. In fact, only seven D-colour, internally flawless or flawless white diamonds over 100 carats had ever been sold at auction prior to this stone, making it part of an exclusive, single-figure club. The only stone to beat this one is a 118.28 carat, oval-shaped diamond also sold by Sotheby’s in 2013. During the single lot live online auction in November, the 102.39 carat stunner sold to a private Japanese collector for a $15.6 million price tag. The individual named the gem, “Maiko Star” after his second daughter, and now displays the stone alongside the 88.22 carat “Manami Star” diamond he purchased in April 2019. 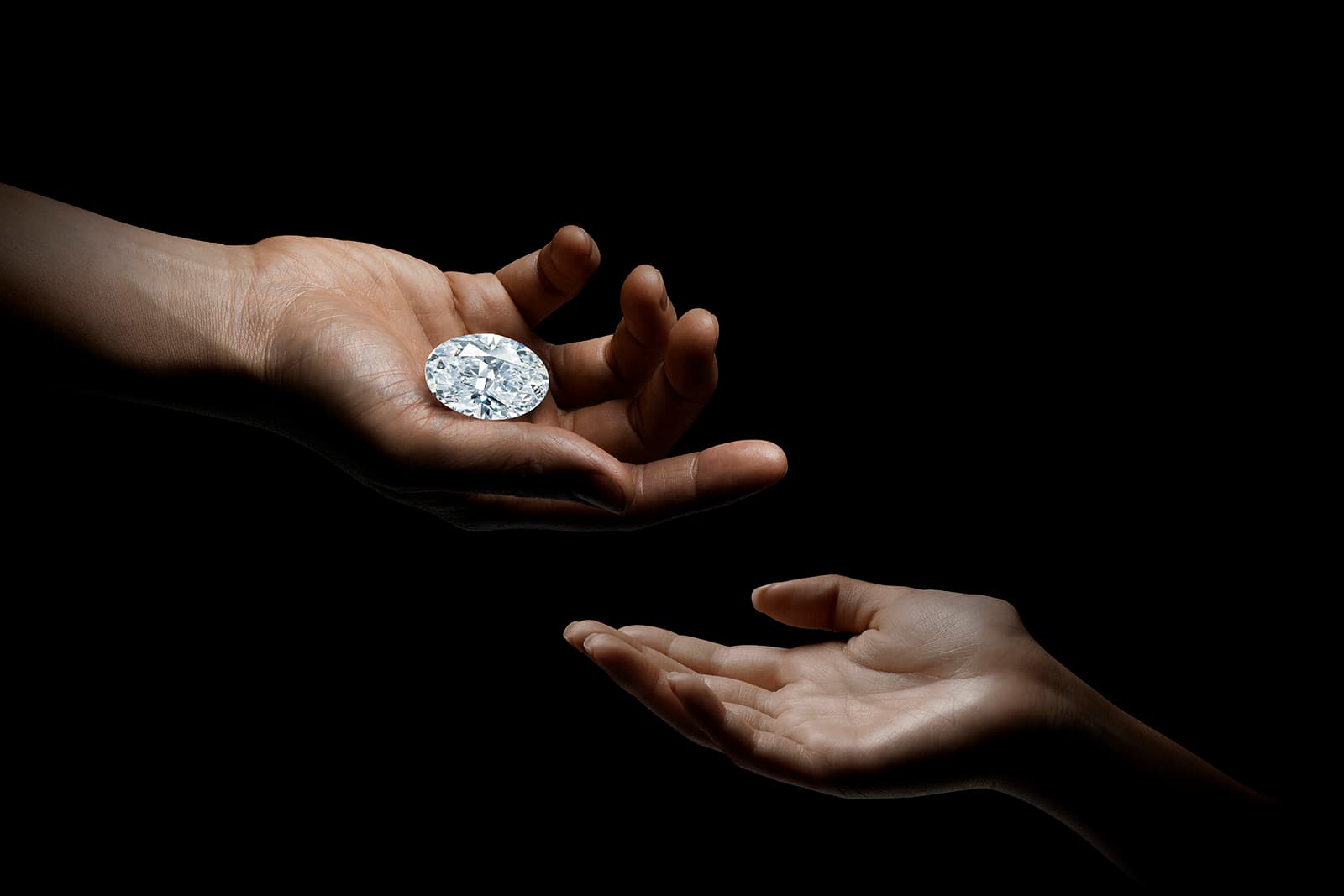 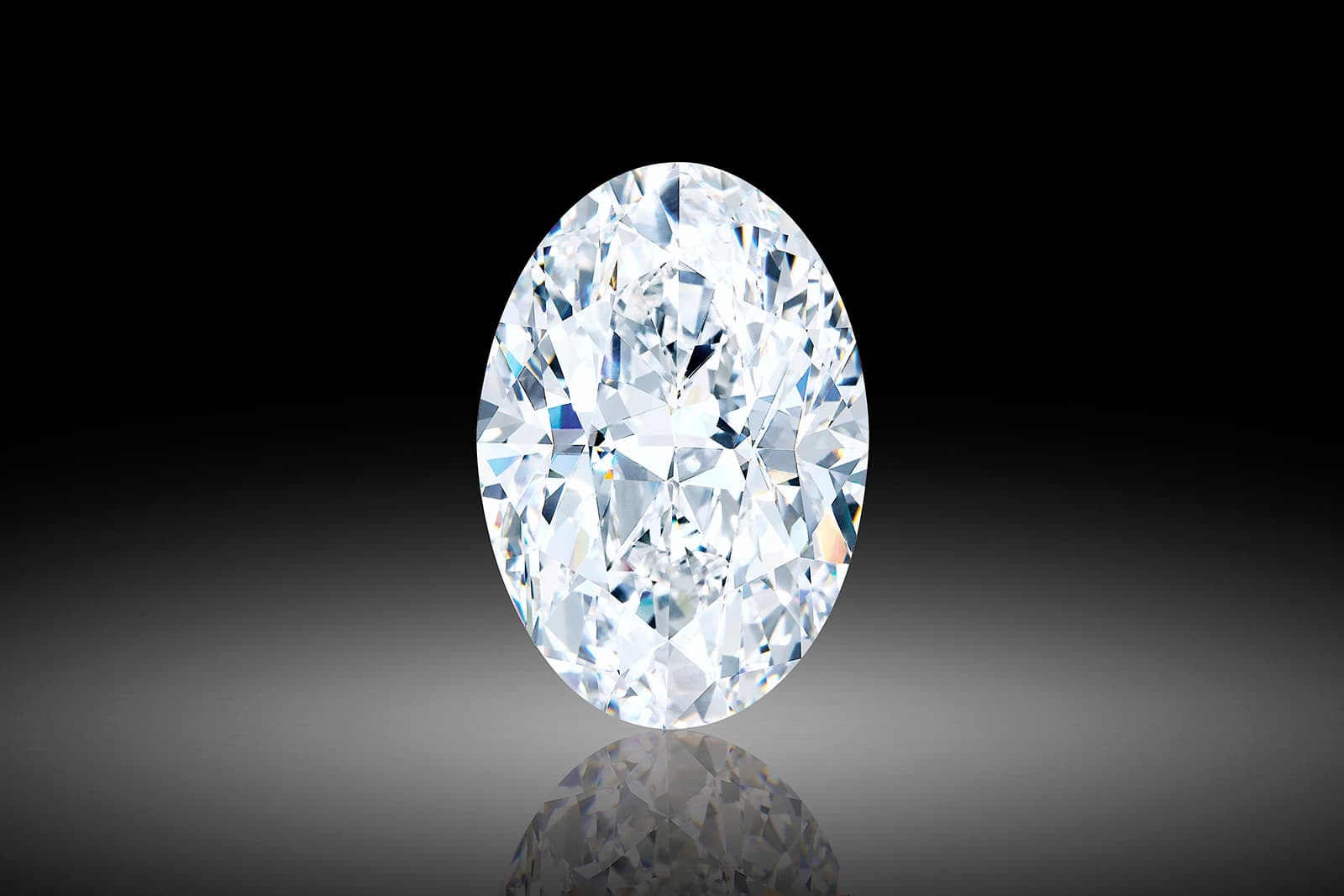 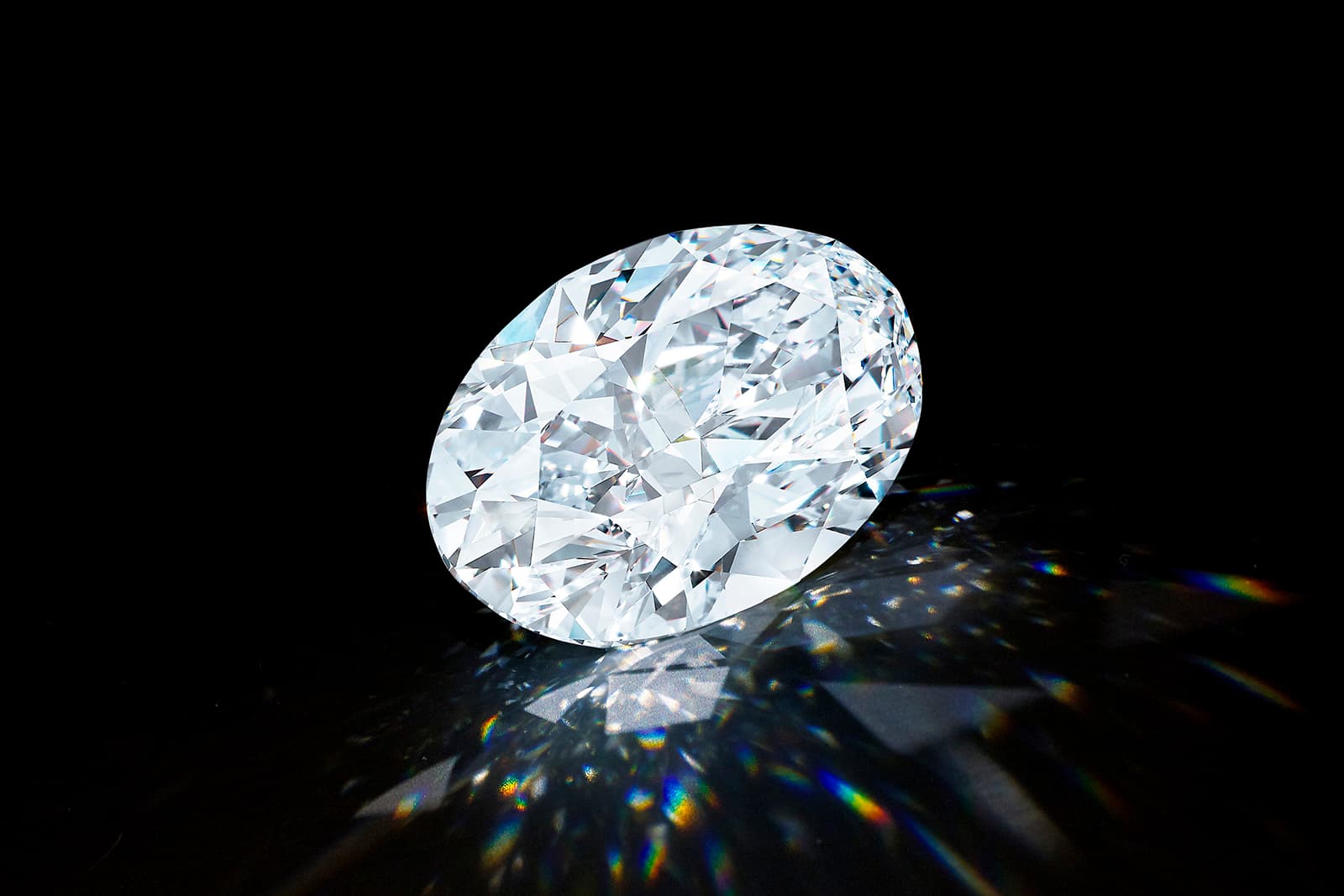 It’s hard to imagine a diamond the size of a tennis ball, and yet that’s exactly what Louis Vuitton purchased earlier this year with the support of Lucara and Belgian diamond manufacturer, HB Antwerp. The “Sewelô” diamond, which means “rare find” in the Tswana (Setswana) language, was discovered in Botswana in 2019 and was immediately acknowledged for not only its size, but also its included black colouration and natural radiance. At 1,758 carats in the rough it is the second largest diamond ever recovered. Upon discovery, it knocked the famous 1,111 carat Lesedi La Rona down to bronze position, which, incidentally, was discovered at the exact same Botswanan mine. Now, both diamonds are only eclipsed in size by the largest and perhaps most famous stone of all time, the Cullinan Diamond, which was a staggering 3,106 carats when first recovered in South Africa in 1905. After displaying the stone at its Place Vendôme store in Paris, Louis Vuitton now plans to rework the rough into a series of smaller diamonds with exceptional provenance, perhaps for a future high jewellery collection. I can’t wait to see the results! 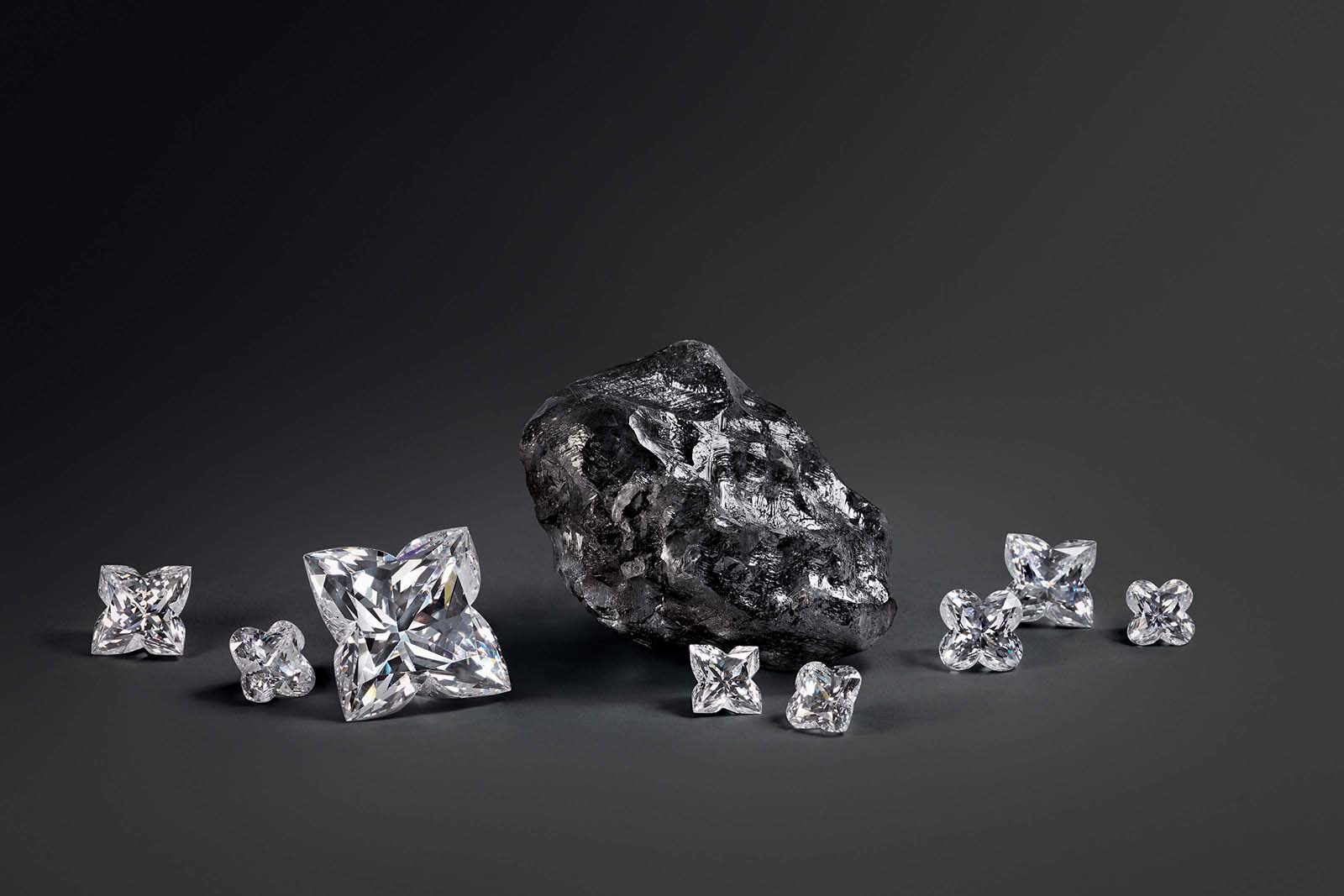 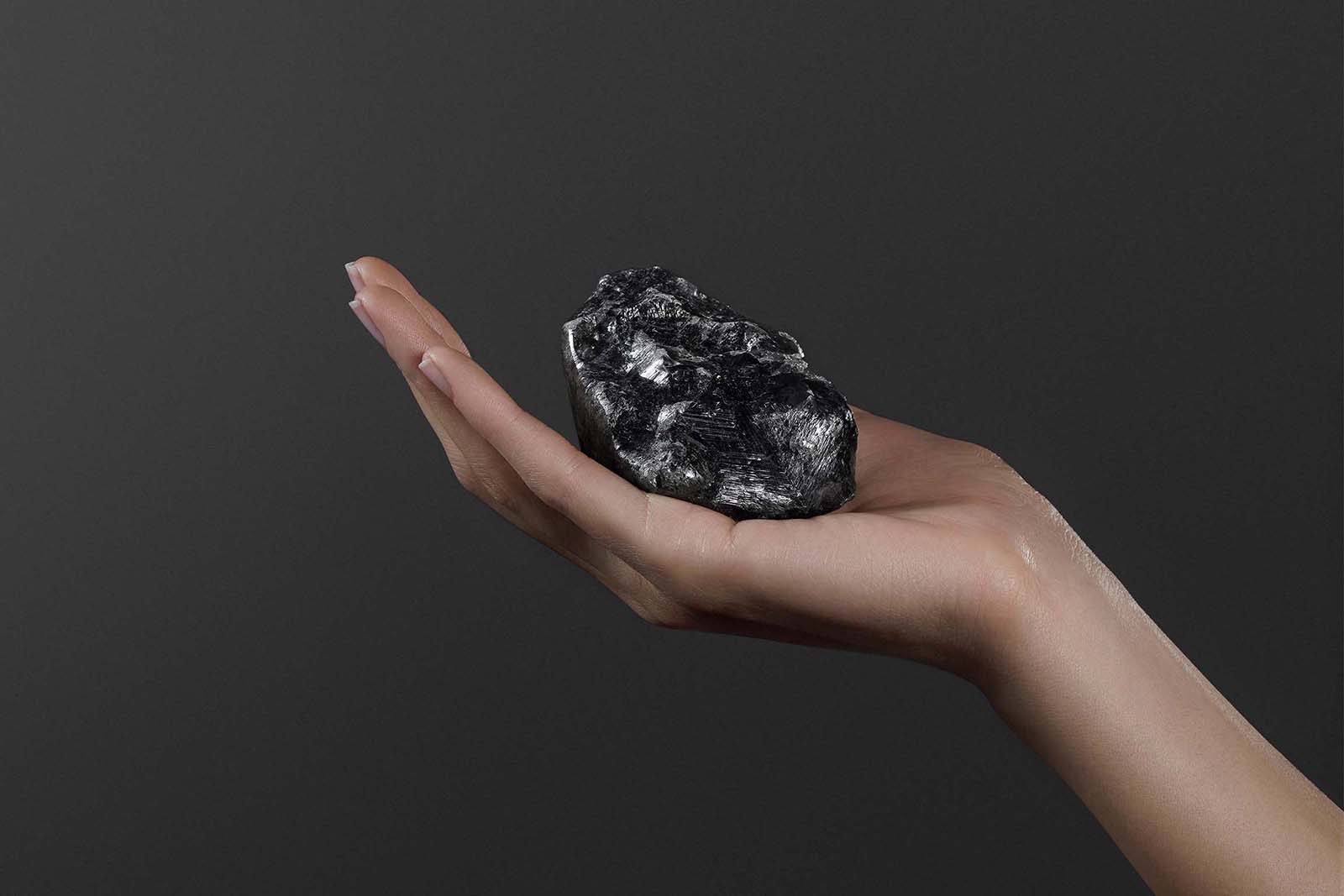 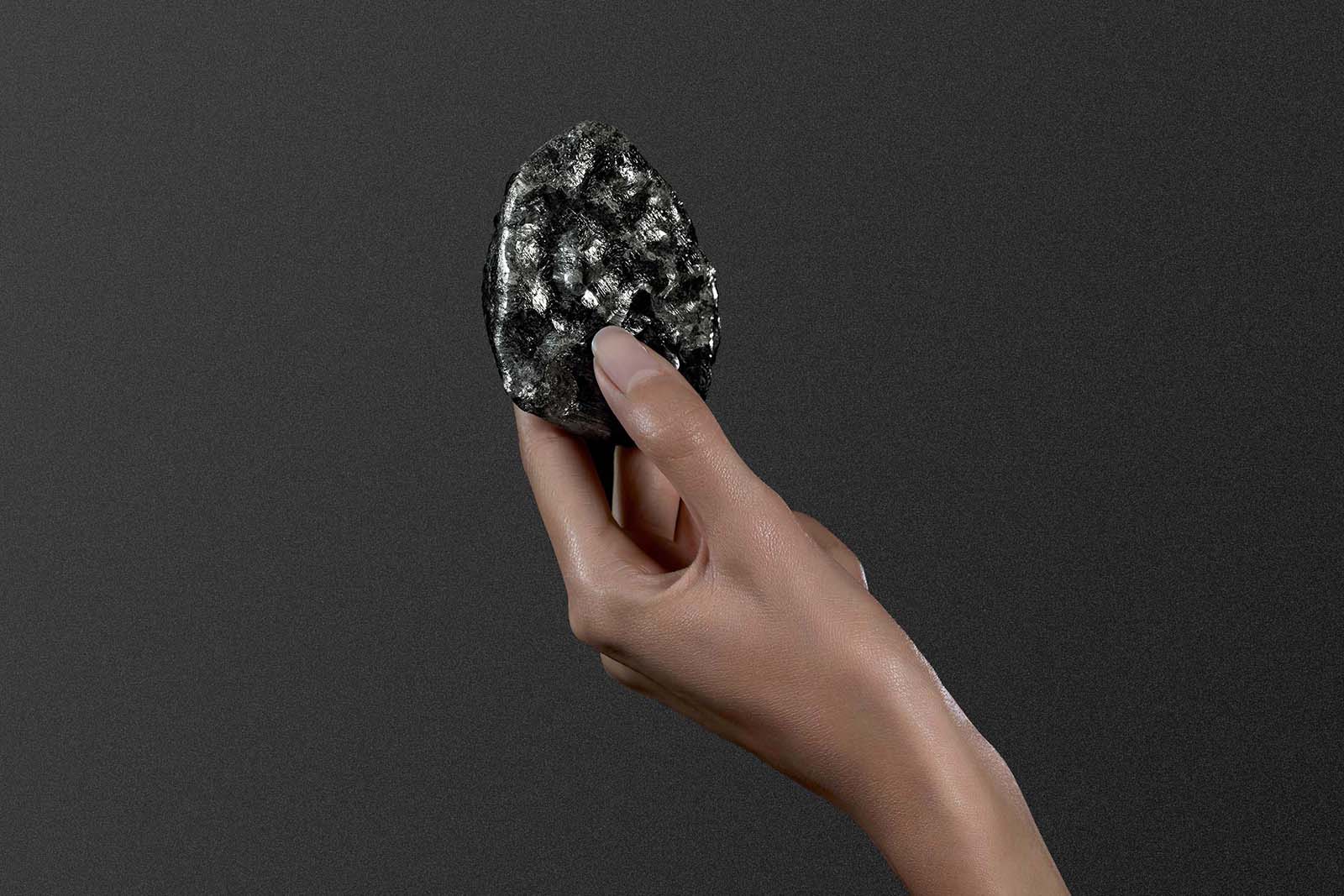 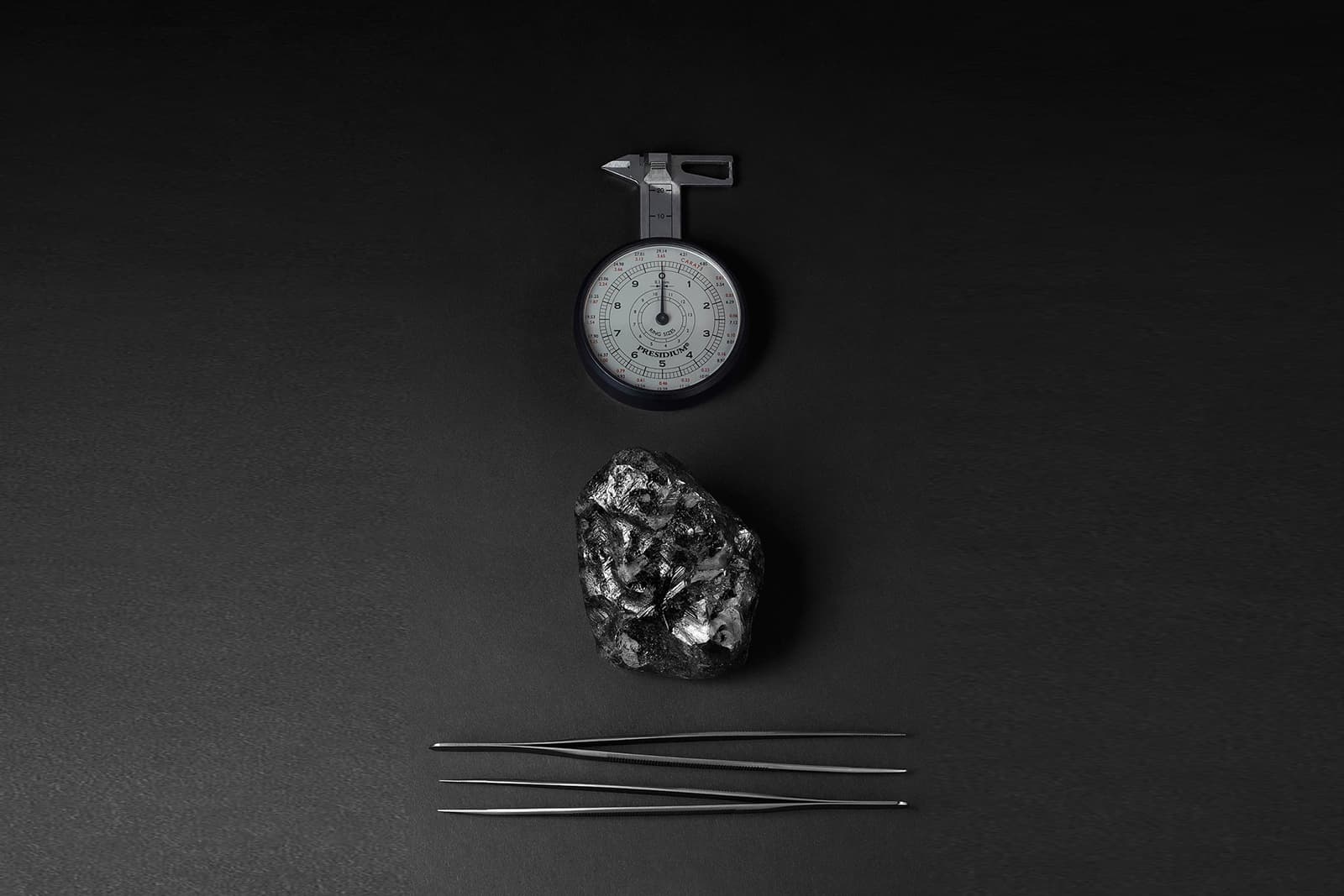 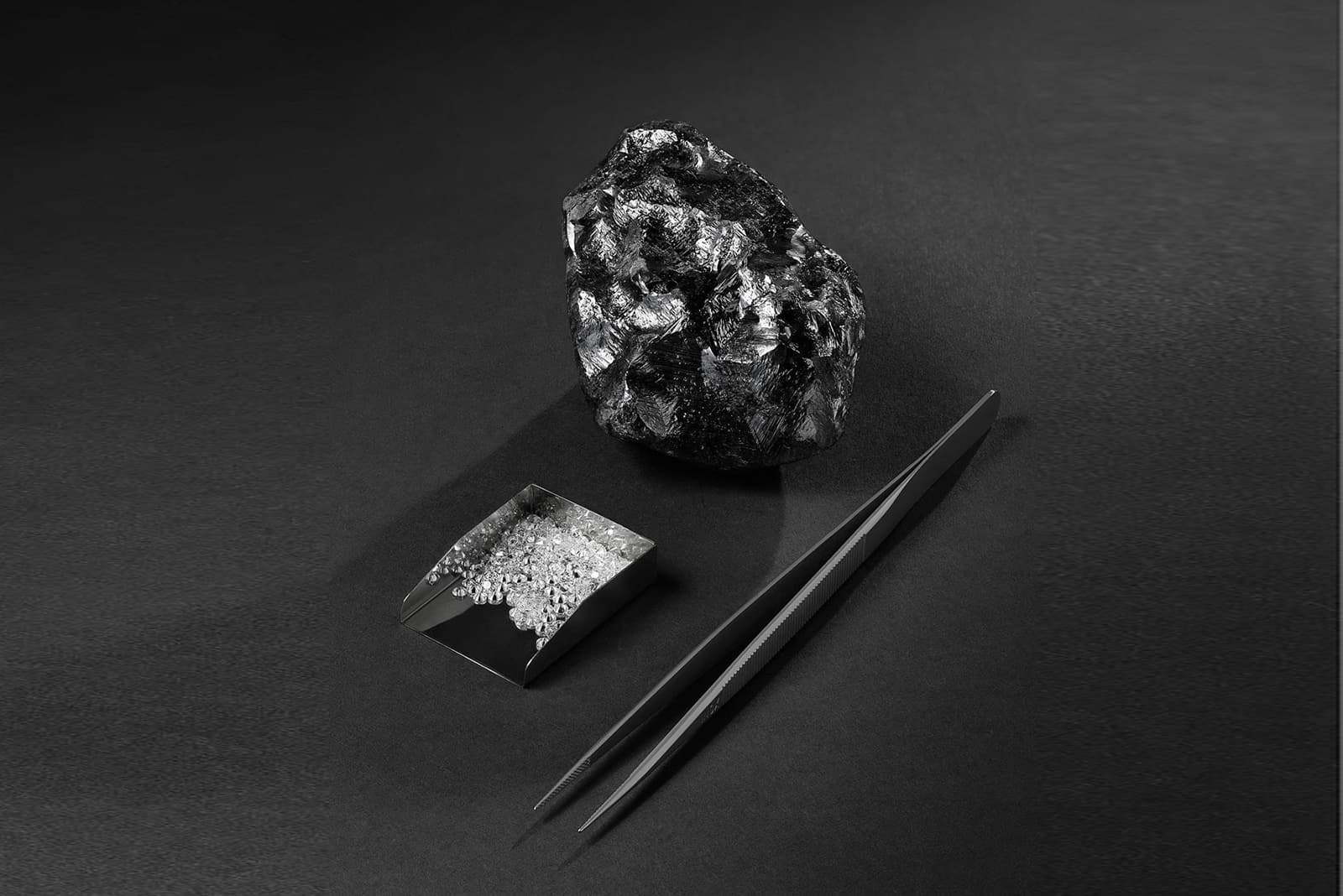 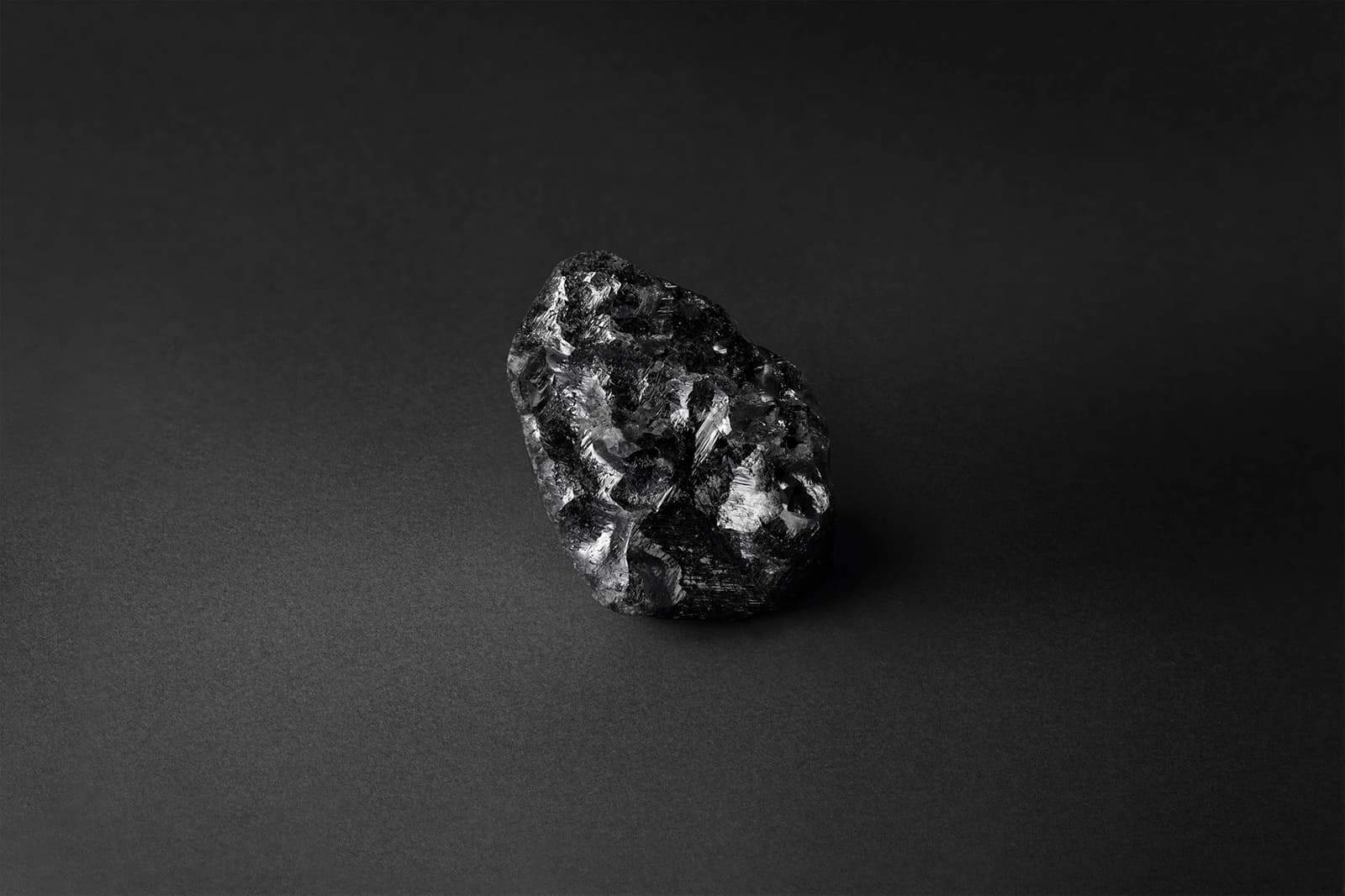 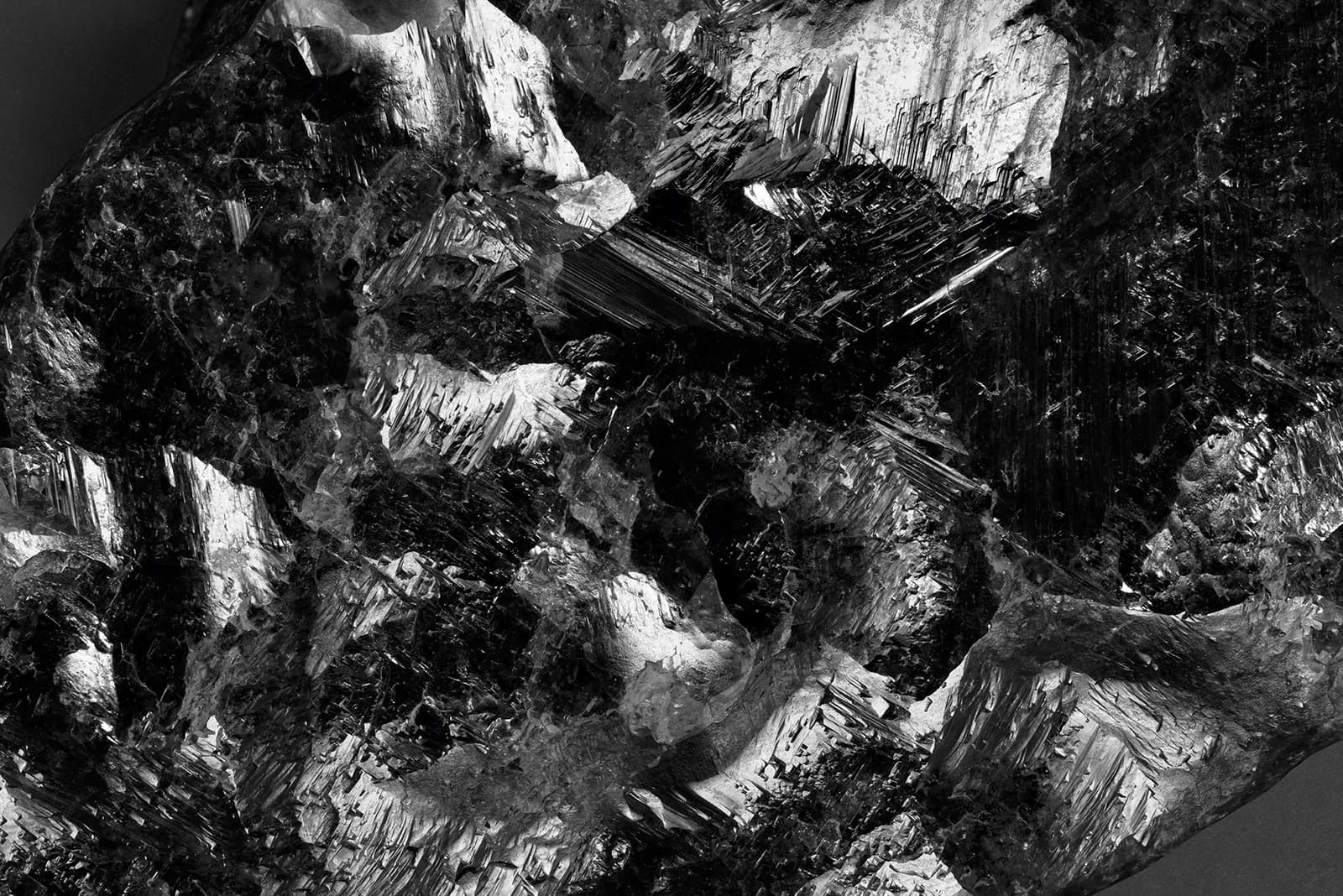 Fancy colour diamonds are a delightful rarity, especially in large carat weights. In July 2020, a 12.11 carat internally flawless, marquise-shaped and brilliant-cut fancy intense blue diamond sold for $15.9 million (HK$122 million) at Christie’s Hong Kong Magnificent Jewels auction. The diamond inspired a long bidding process that gradually narrowed down to two competitive phone bidders, both surpassing the high estimate for the stone of $12.3 million. By the time the hammer fell, the price per carat for this remarkable blue stone was $1.31 million. The lucky individual who purchased this natural treasure didn’t buy it in isolation though. The fancy intense blue diamond was actually set in a ring, with two pear-shaped diamonds of 0.71 and 0.69 carats in a trilogy-style setting. Isn’t it remarkable how trace amounts of boron in the chemical structure of a carbon lattice can change our perceptions of value! 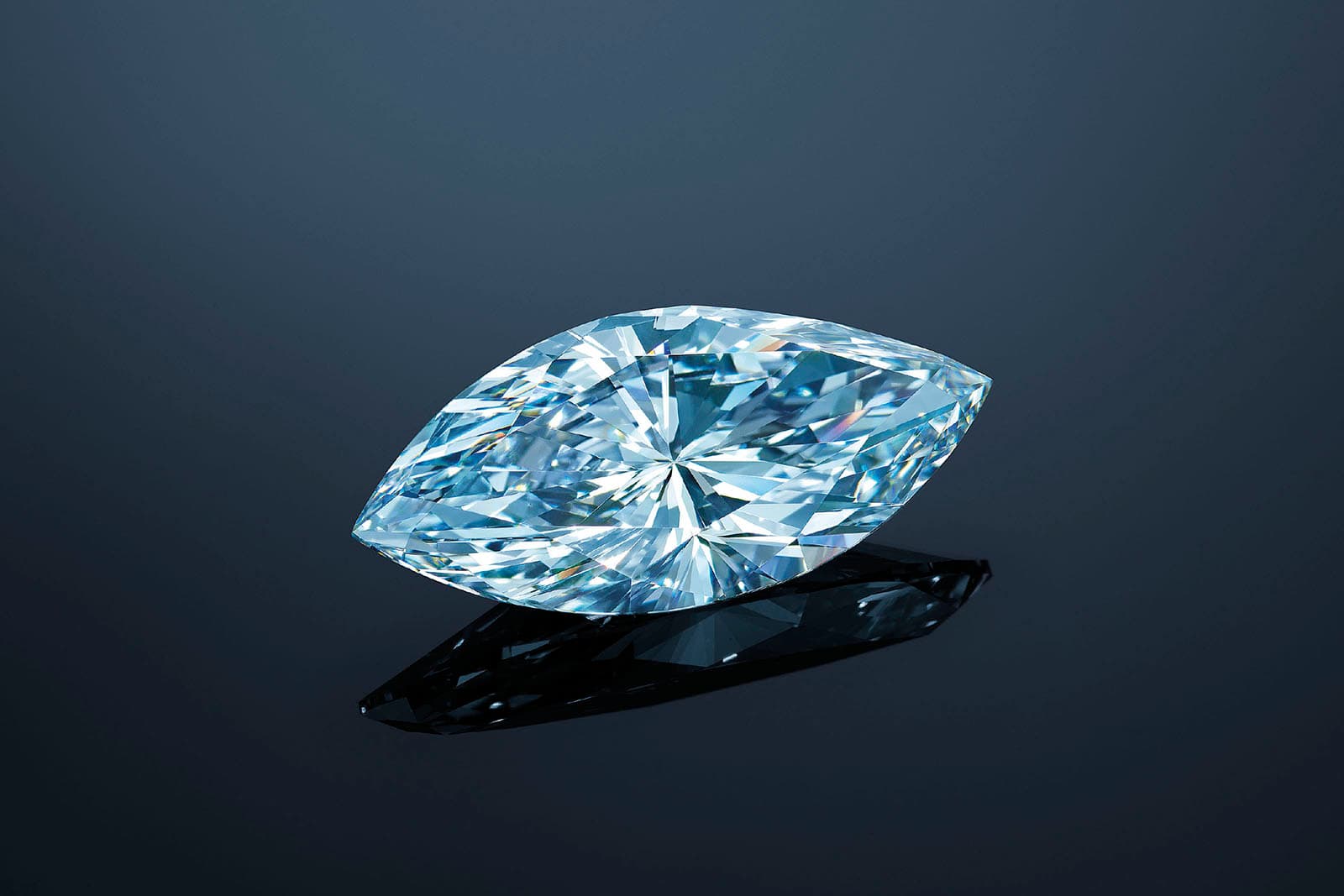 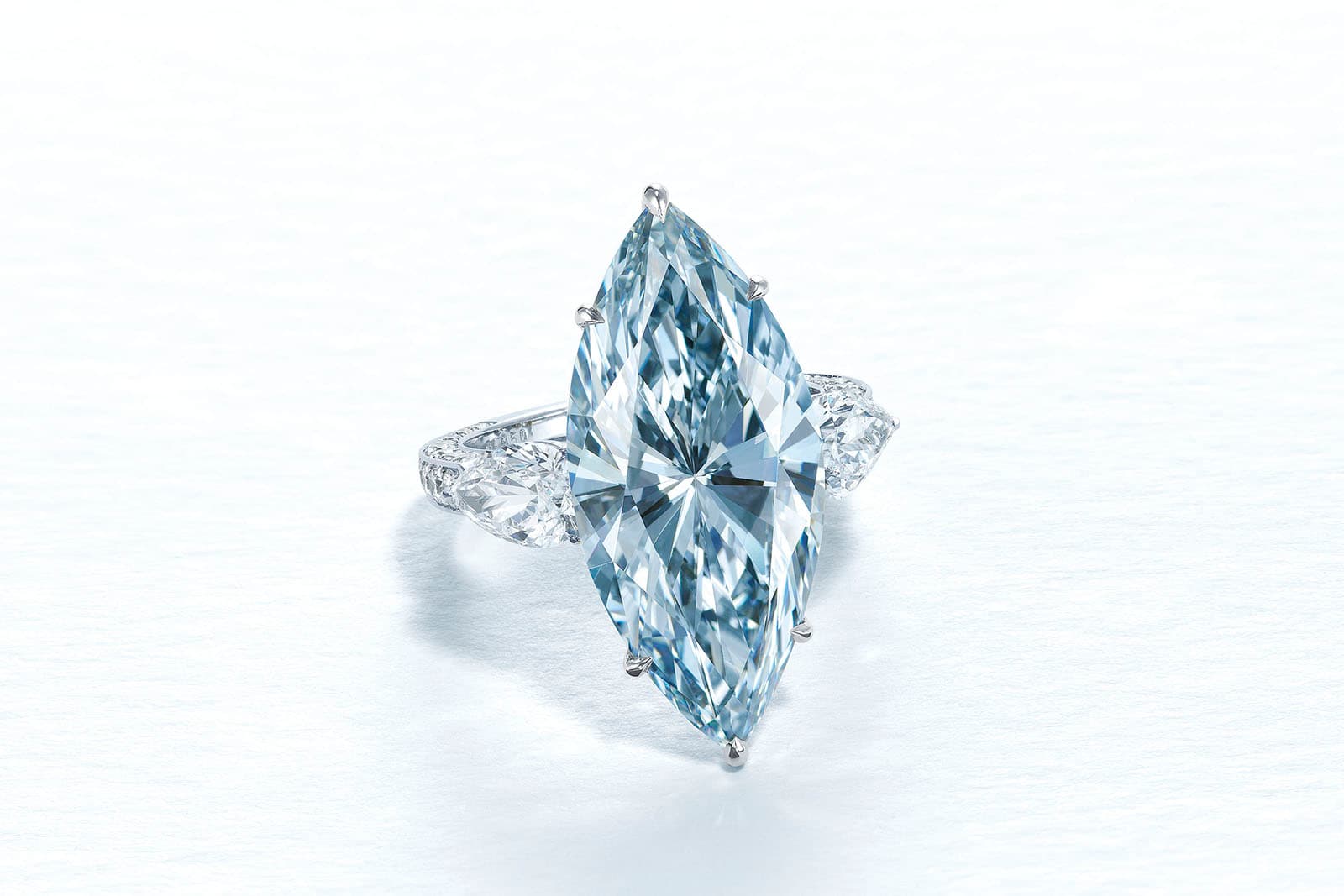 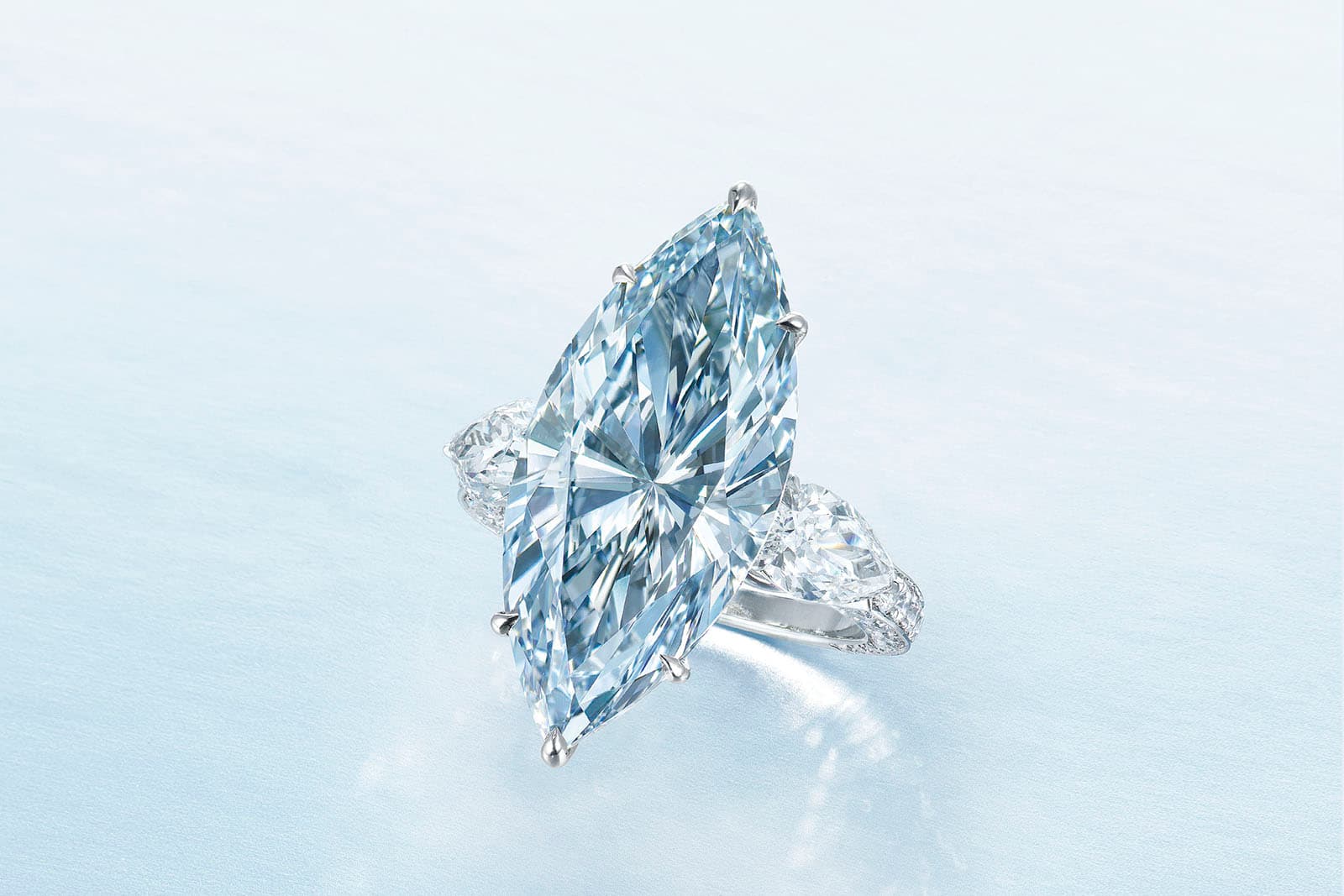 These outstanding diamonds are inspiring not just for their size and their colour, but also for their unique characters. Important stones of this nature tend to be laced in history, woven into tales of powerful individuals and destined for greatness. They’re not just diamonds, but storytellers.