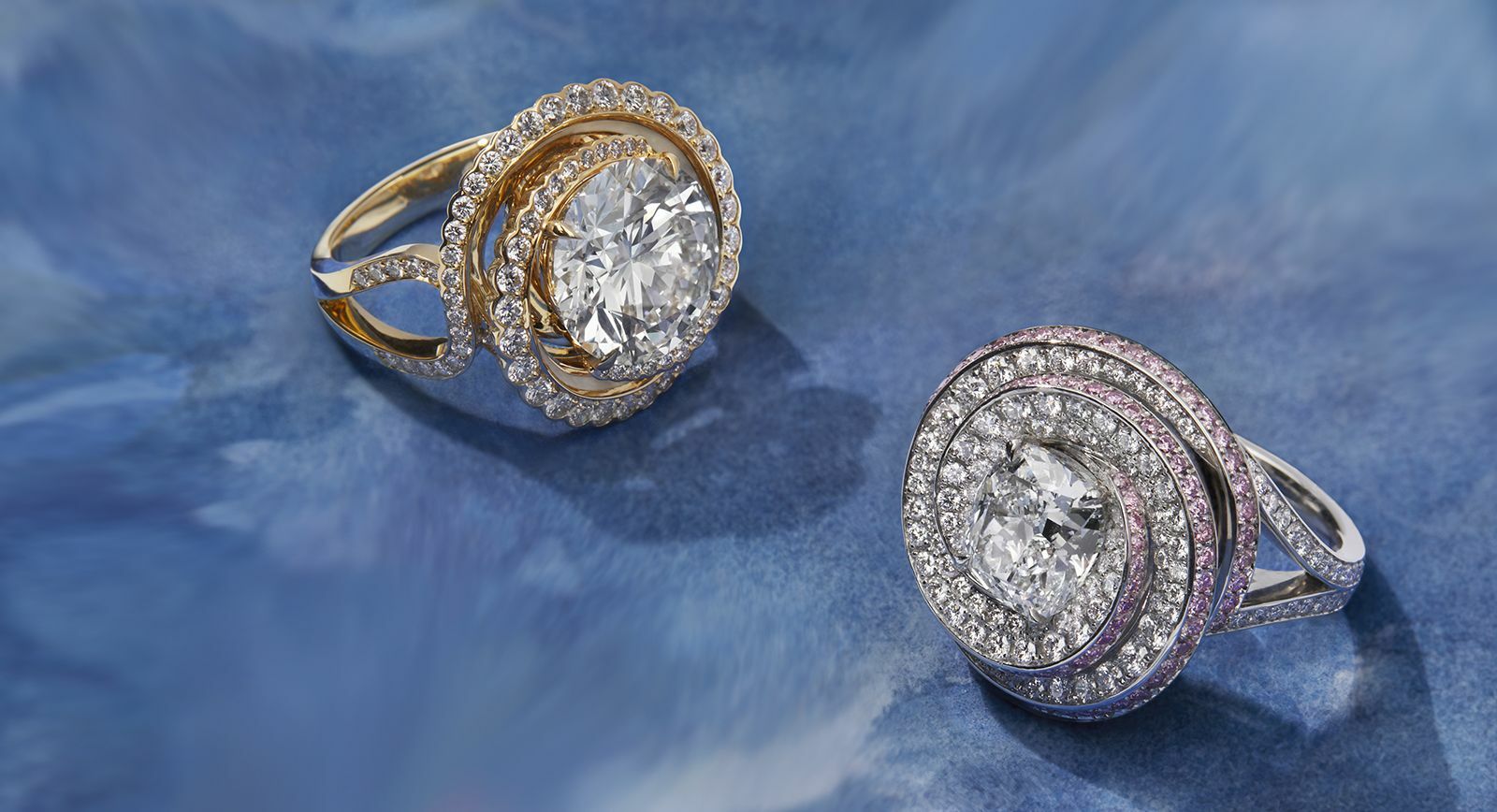 Boodles: Around the World in 16 Days of High Jewellery

A sense of marvel at all that is beautiful in the world, the thought of discovering new countries and the rich annuls of Boodles’ photo archives form the basis of the British brand’s new collection, ‘Around the World in 16 Days’. For a number of reasons, this is no traditional collection. First, it is comprised exclusively of rings. Secondly, each piece of jewellery is crafted in a completely different style. Why did the brand's chief designer - Rebecca Hawkins - decide to take such a novel approach? Read on to find out!

The luxury brand, which has been run by six generations of the same family for a total of 223 years, is in and of itself something of a phenomenon even by the standards of London’s Bond Street - the location of all the UK’s most exceptional luxury jewellery boutiques. Nicholas Wainwright (Chairman of Boodles), his brother Michael (the brand’s Managing Director), as well as Director James Amos and Honour Wainwright are all at the helm and part of the same family. They each see themselves as custodians of the family business. All evidently work astonishingly hard to uphold the brand's reputation and are constantly mindful of its long and illustrious history. 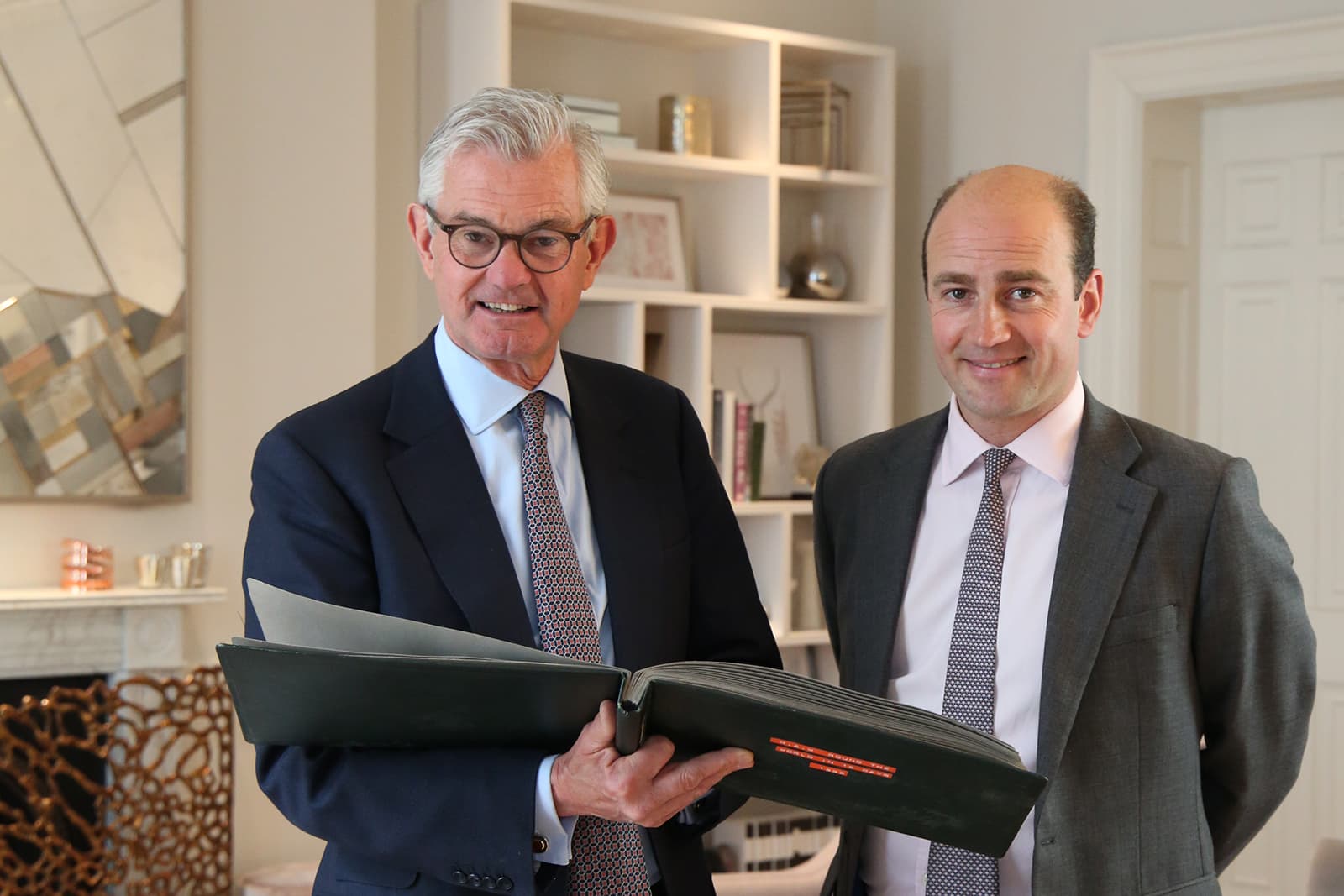 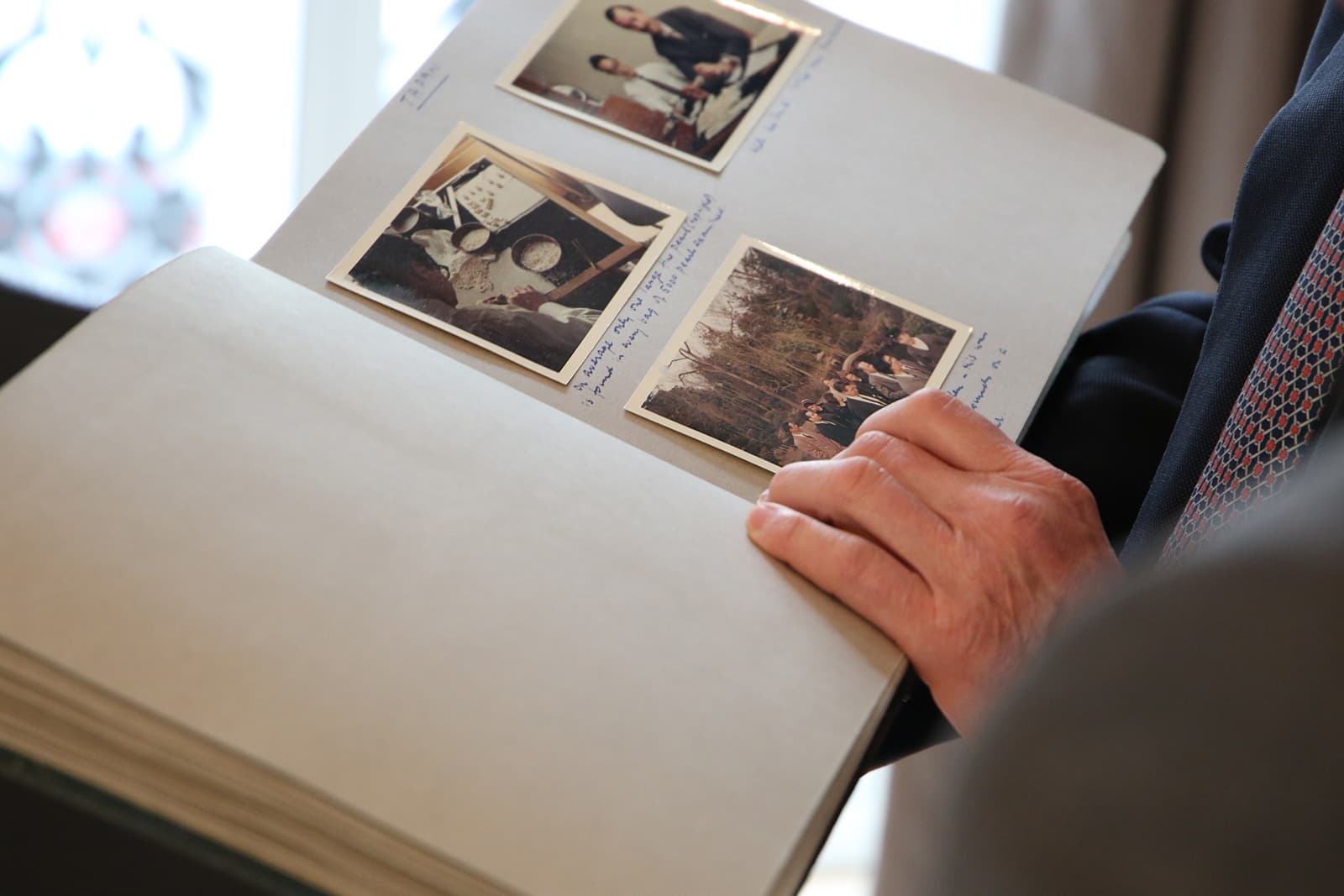 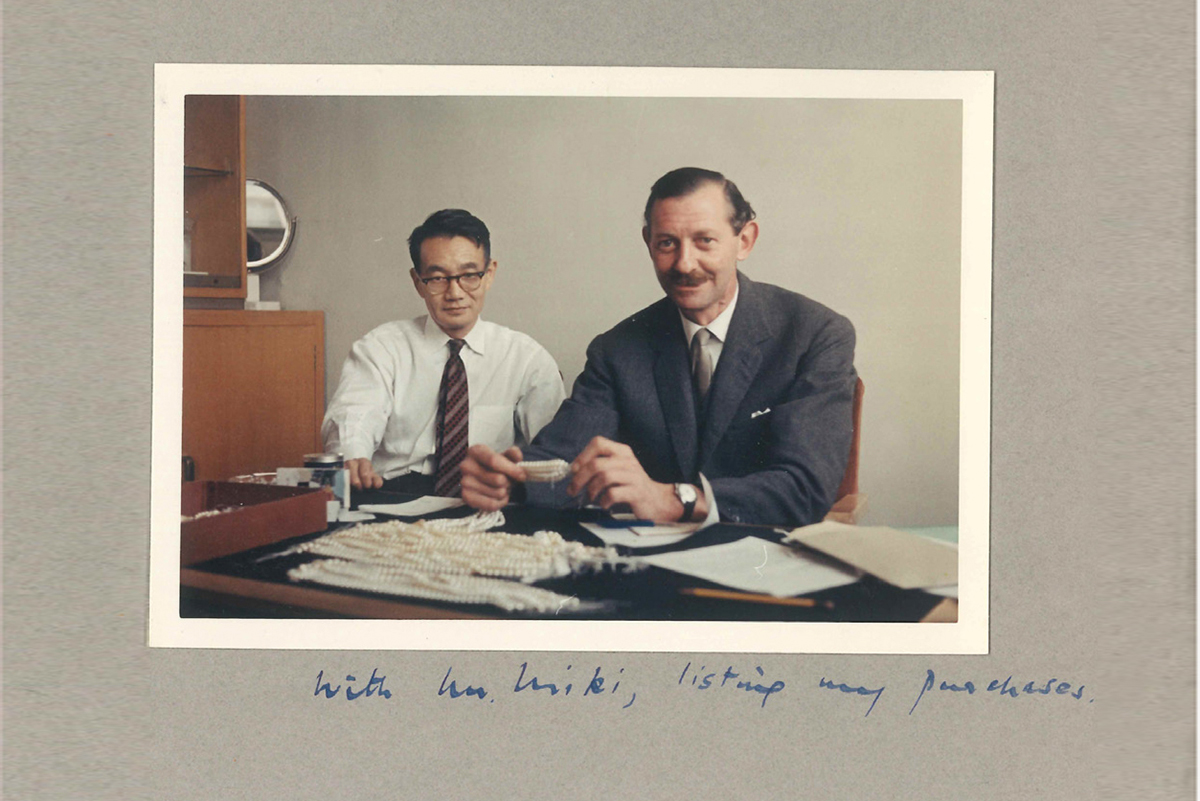 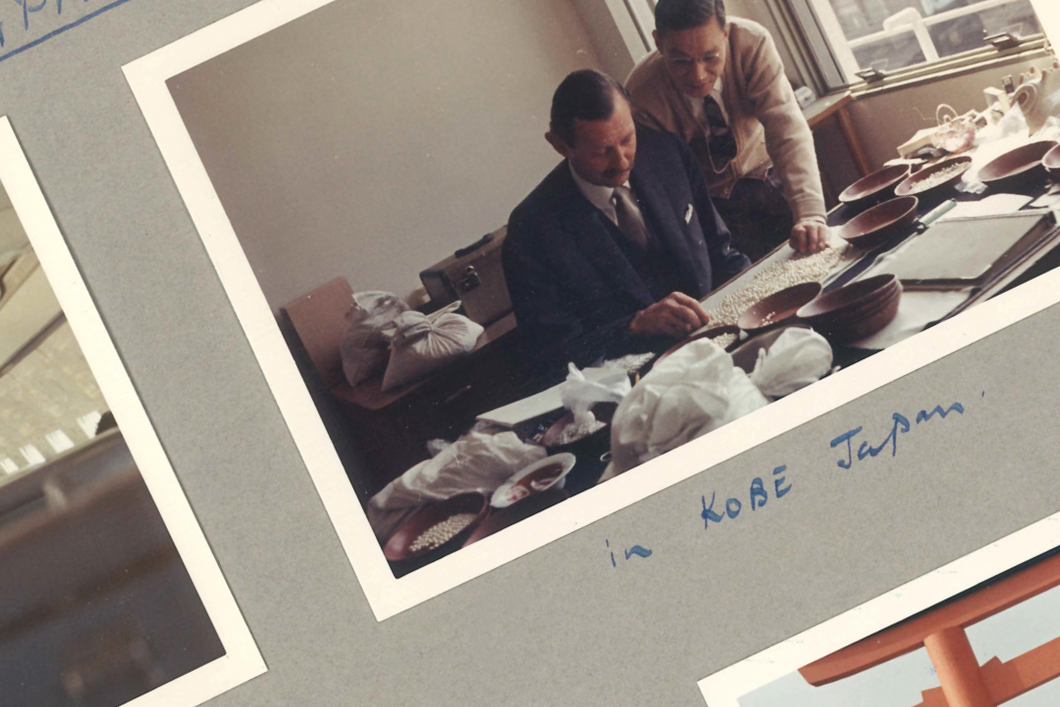 ‘Around the World in 16 Days’ focuses on the Wainwrights’ grandfather, Anthony Wainwright, who set off from London in early 1962 on a 16-day round the world trip. During this time, he decided to visit no fewer than 10 cities in order to find the most exceptional diamonds, gems and pearls and, in the process, expand his own creative horizons. Even nowadays, this would be a rather ambitious task. Of course, back then flights were far less frequent and international travel was largely the preserve of a wealthy, jet-set elite. Anthony Wainwright's thoughts, which are illustrated by a variety of photographs taken during the trip, struck Rebecca Hawkins as amazingly relevant to the present day. Hawkins wanted to take an imaginary trip - like her grandfather - around the world. And, during this travel prohibiting global pandemic, she kindly wished for us to join her. 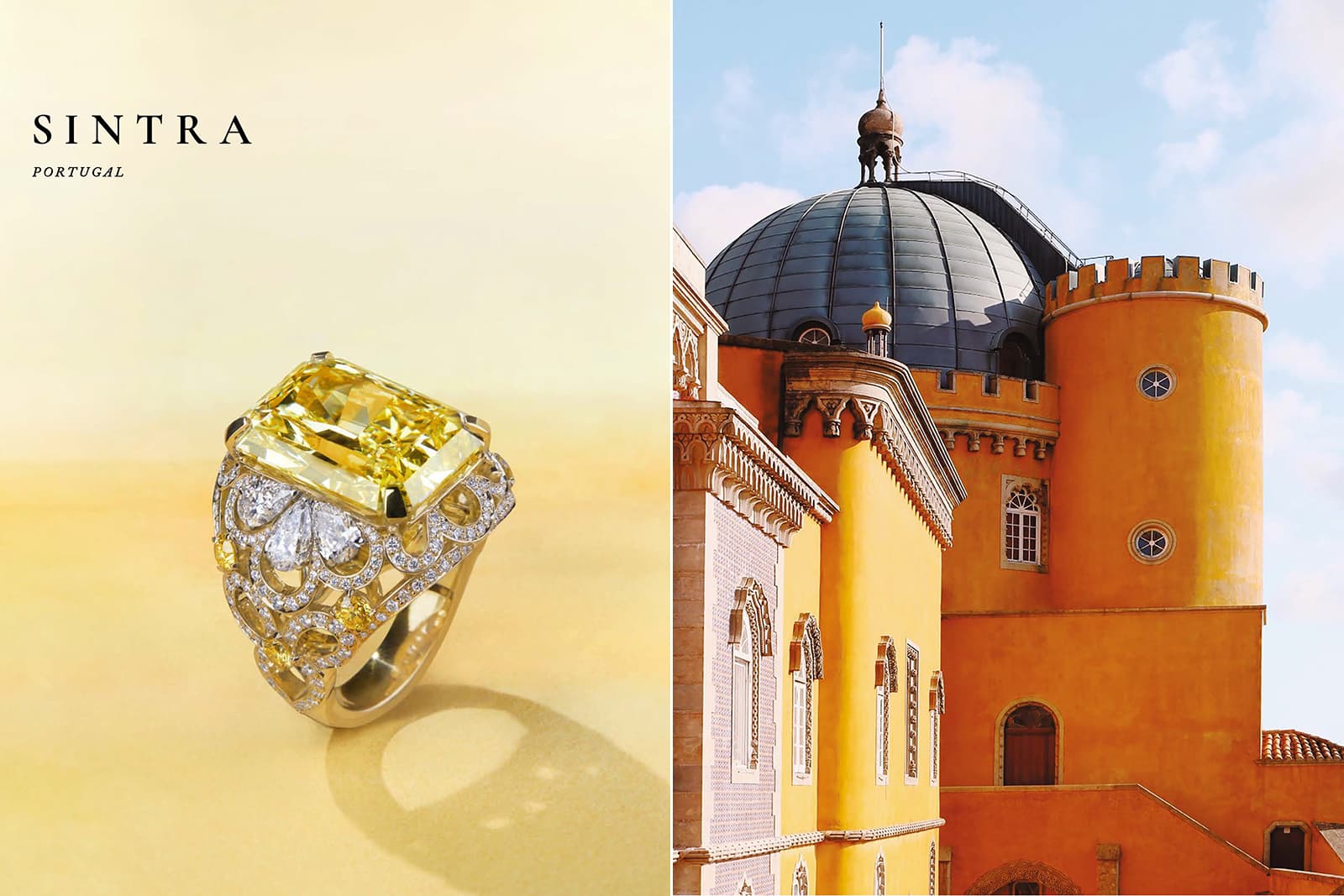 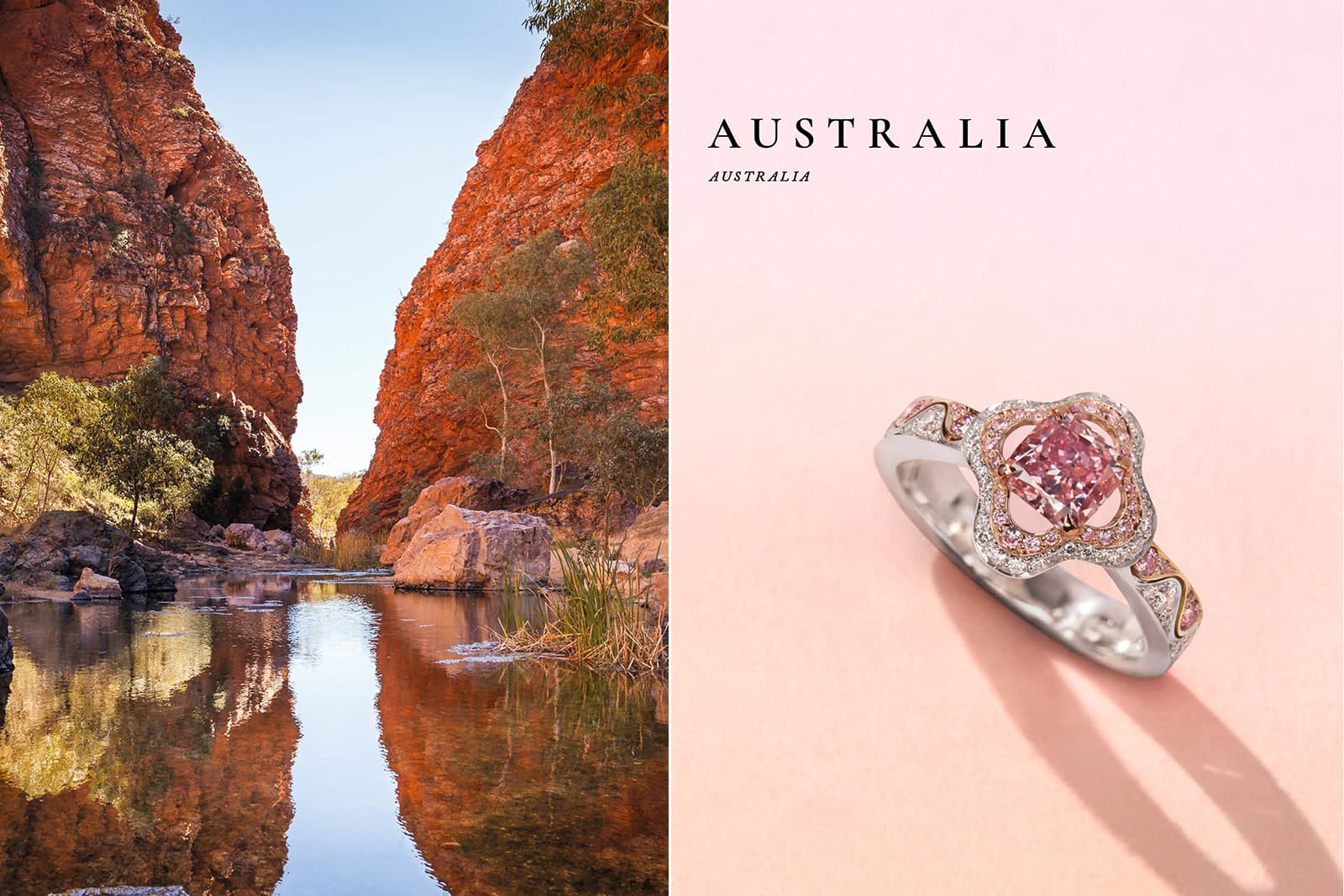 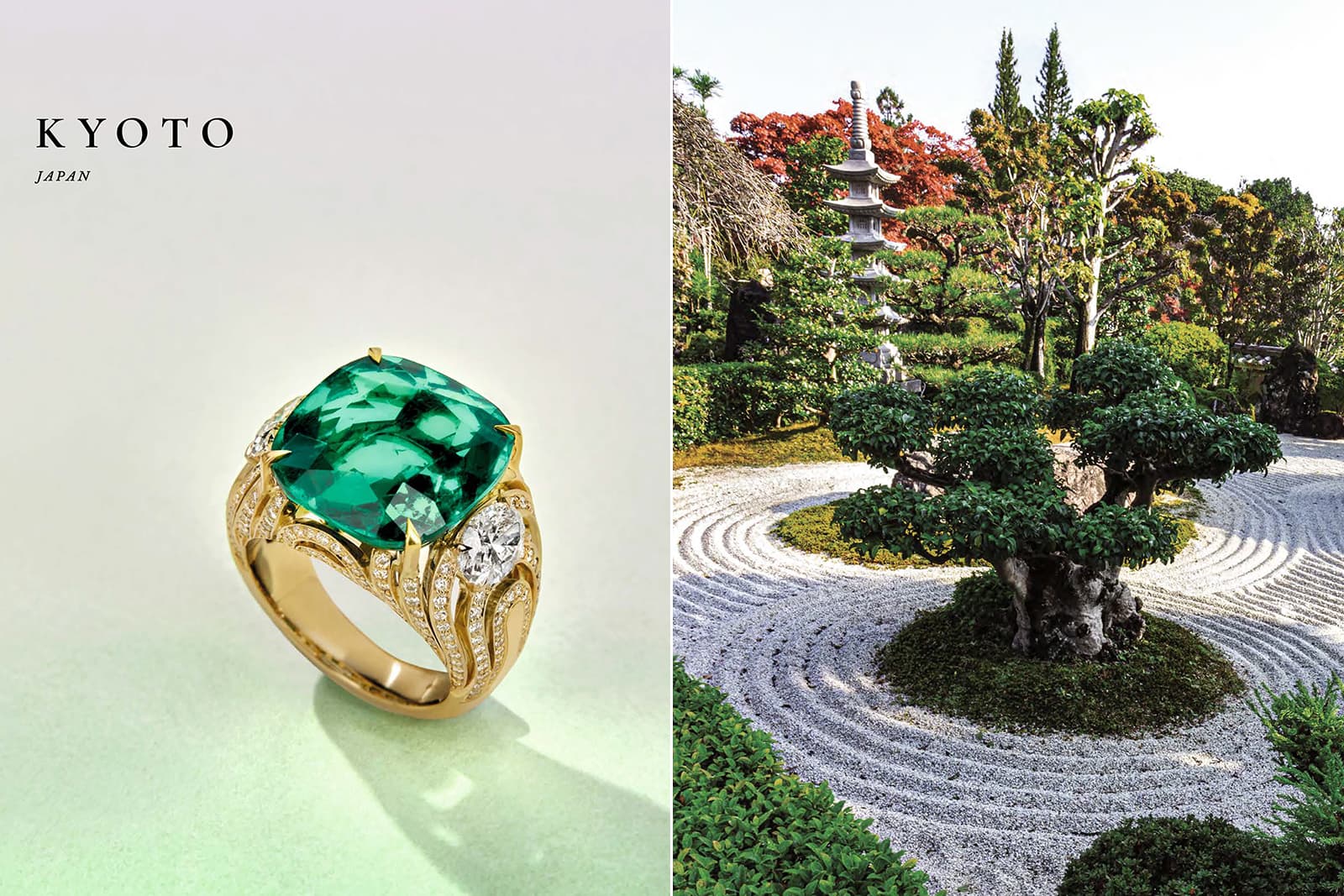 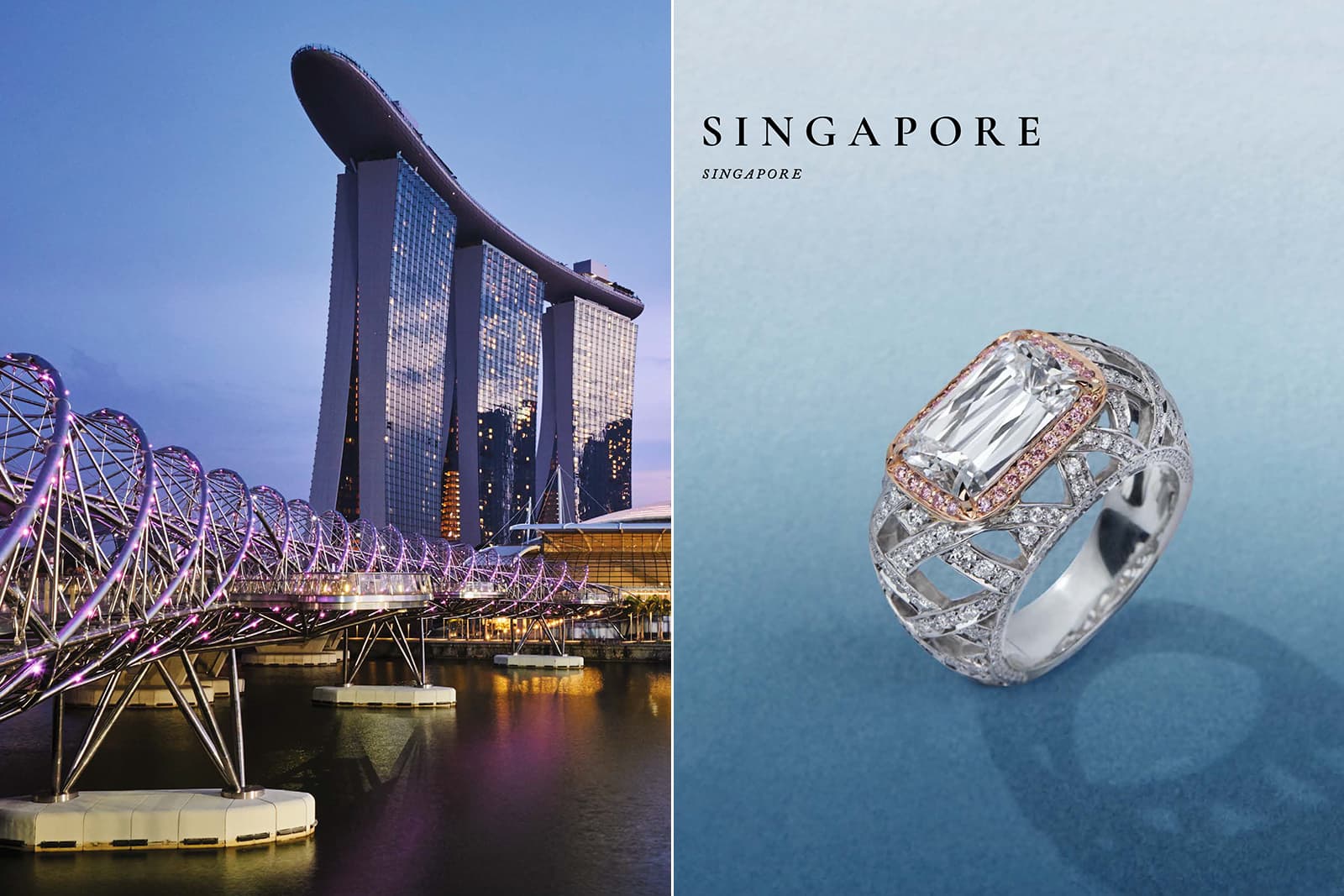 “We stuck with the idea of travelling around the world but expanded the locations a little to reflect places of newfound global importance as well as the brand’s interests 60 years later. My grandfather stayed in 10 places in total, including India, Japan, Hawaii, the USA - and all these places are reflected in the rings that we have created. However, we wanted to expand the story a little and add places that resonate with other family members and from which Rebecca draws inspiration,” James Amos, the Director of Boodles and grandson of the original traveller, notes. 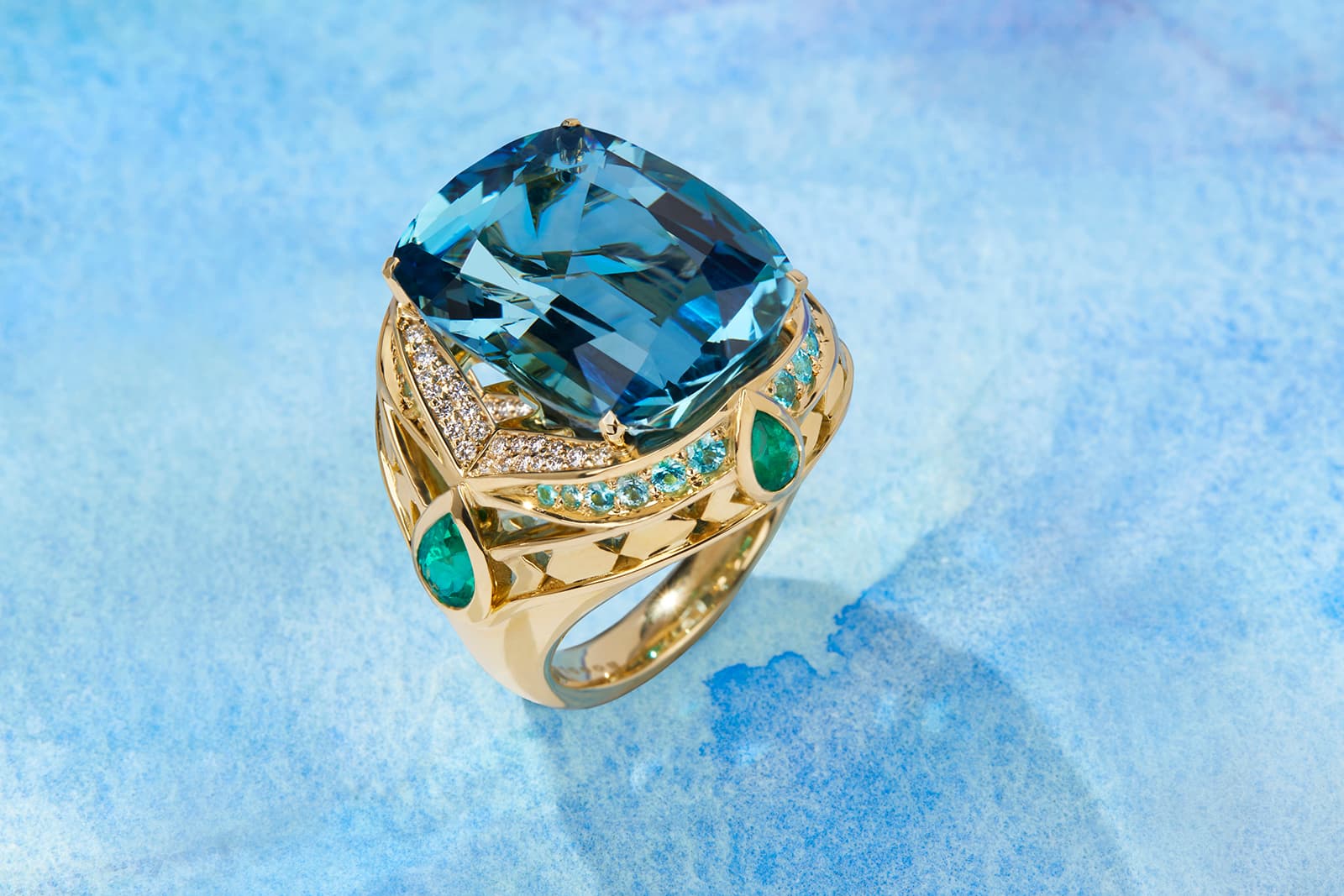 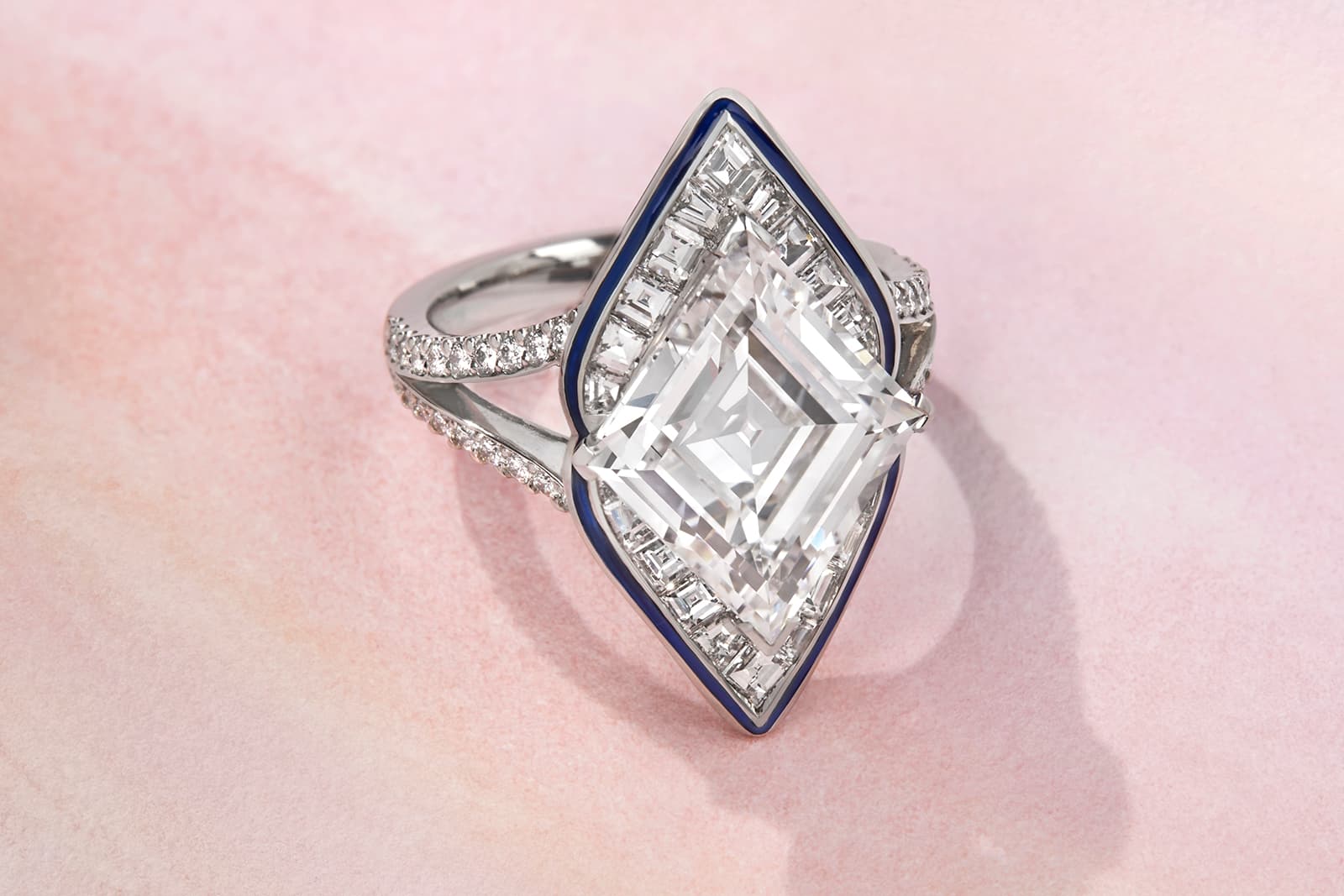 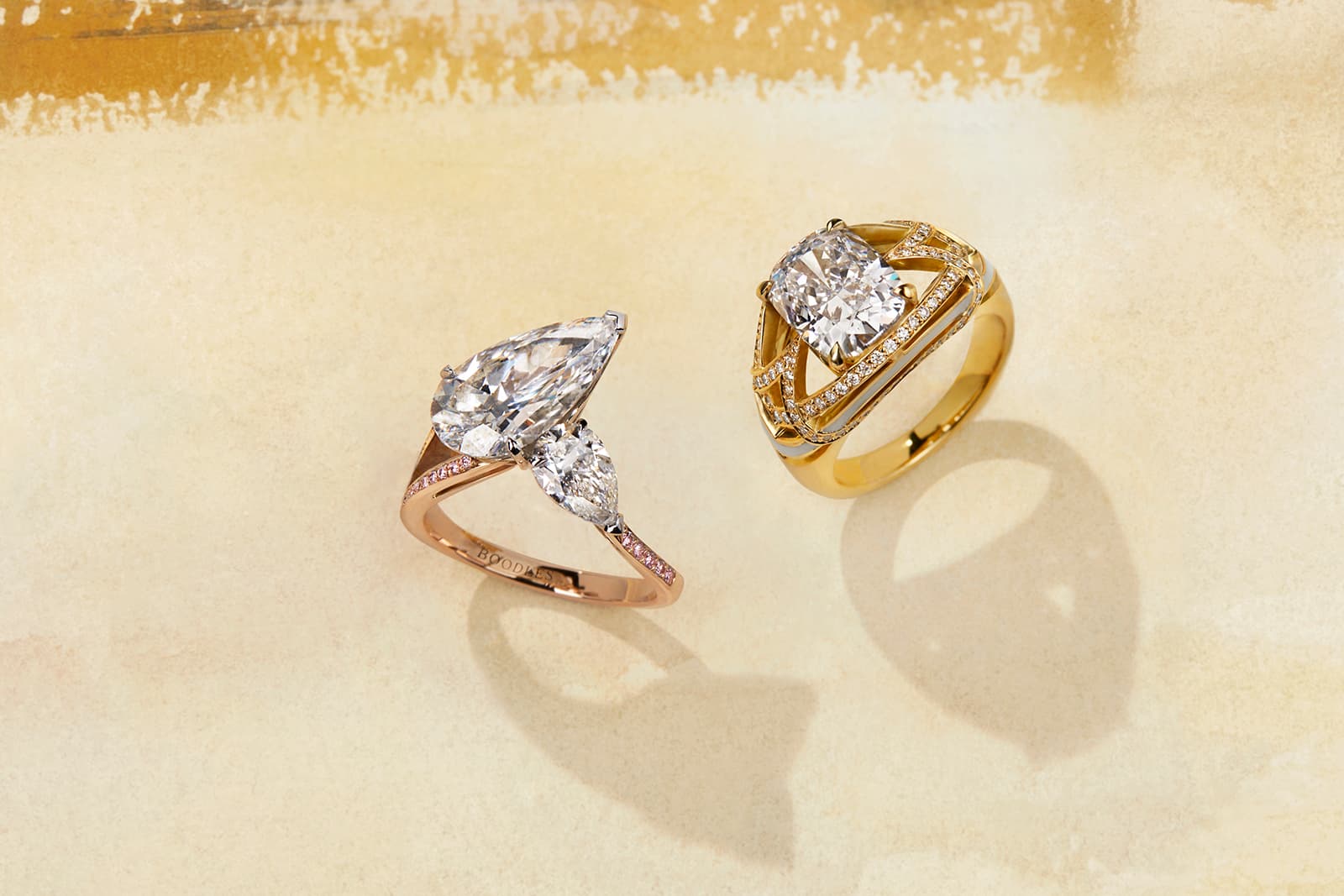 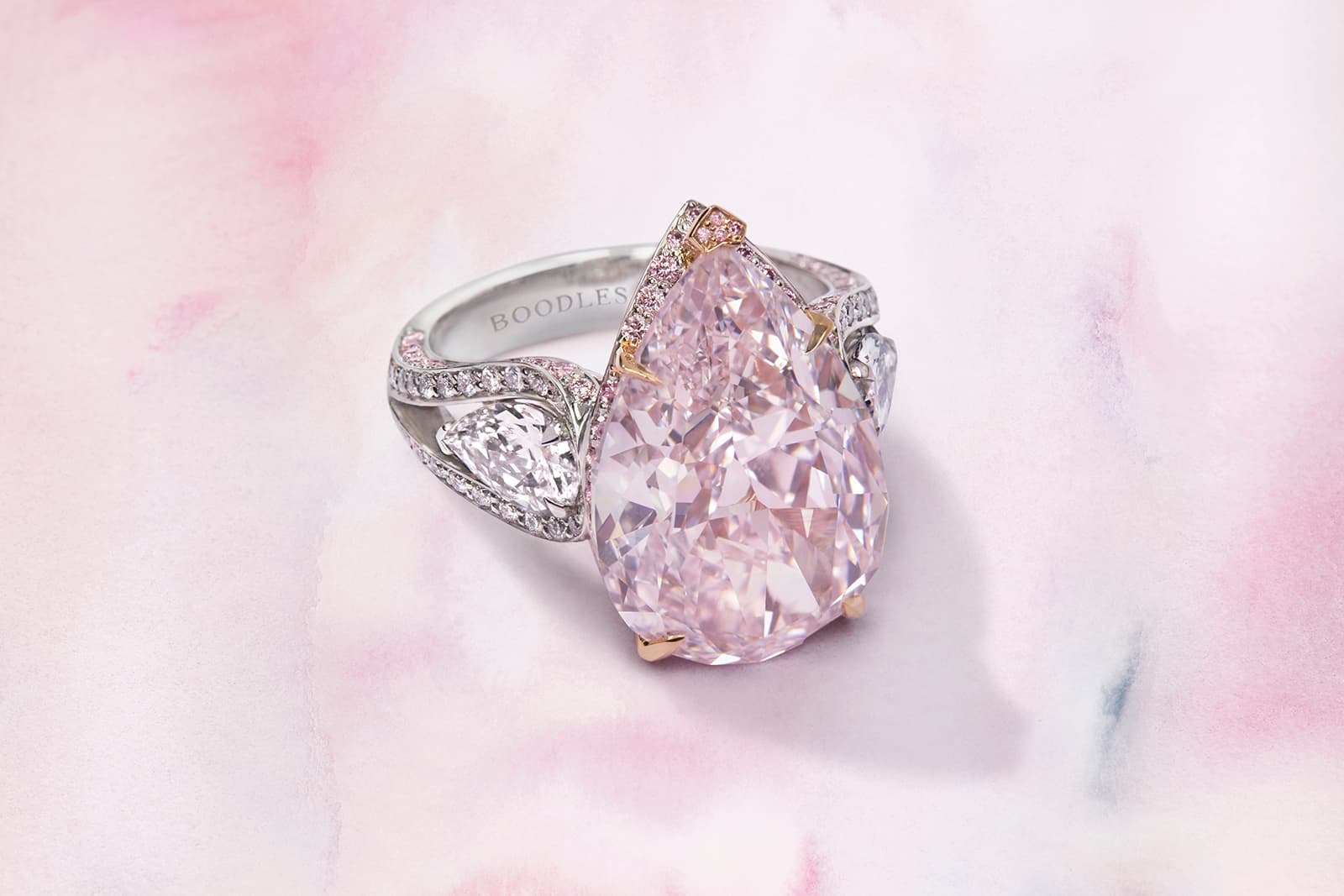 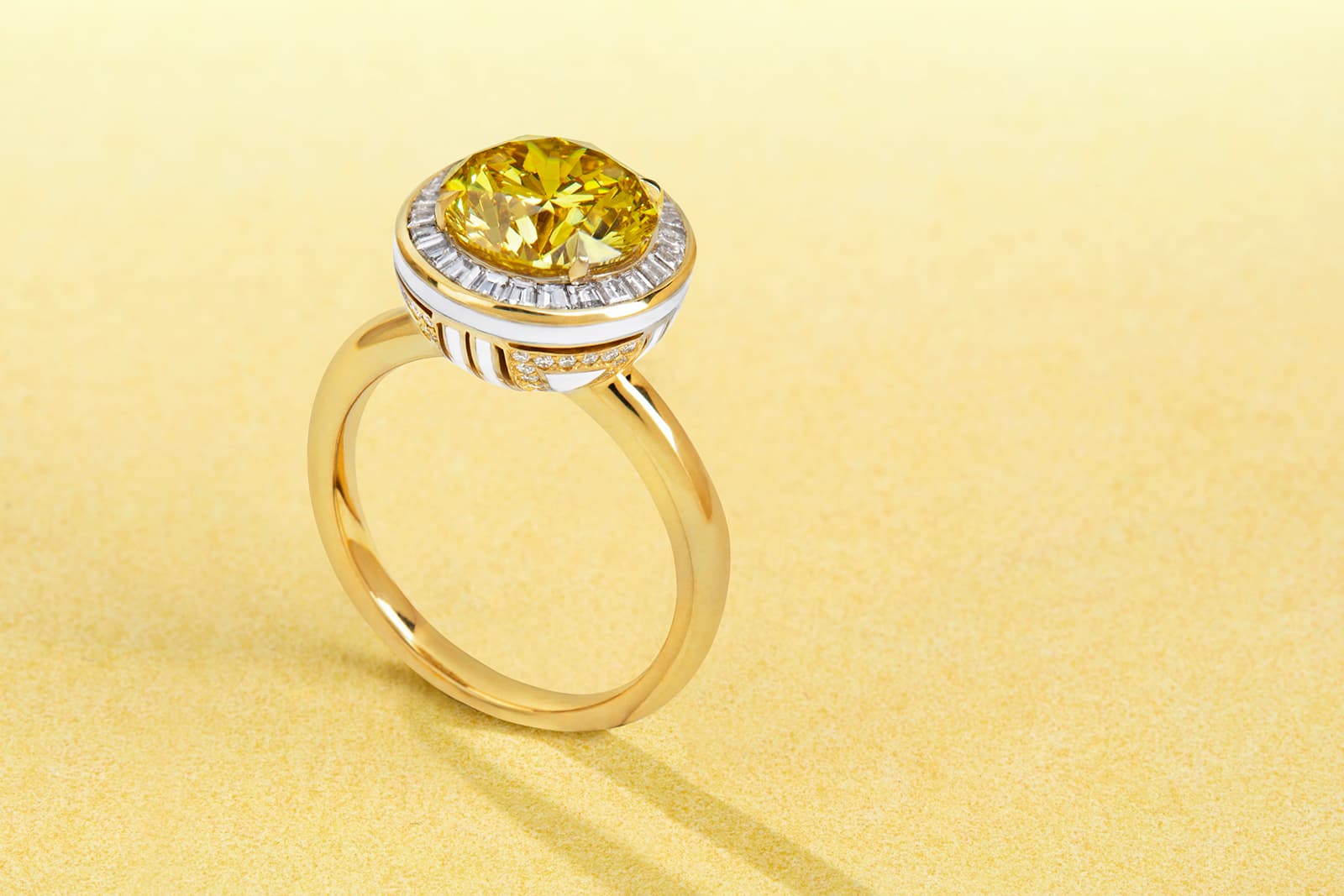 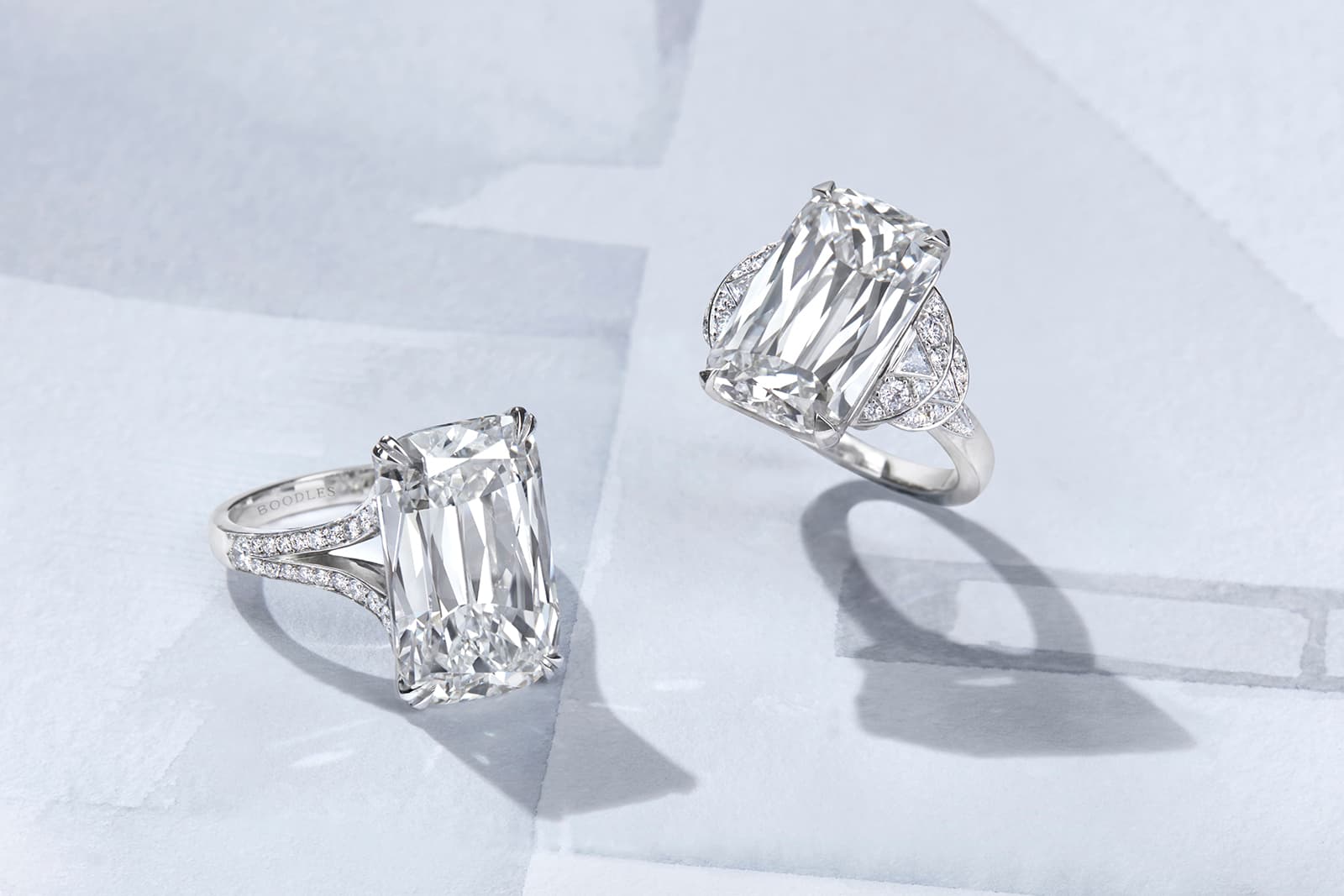 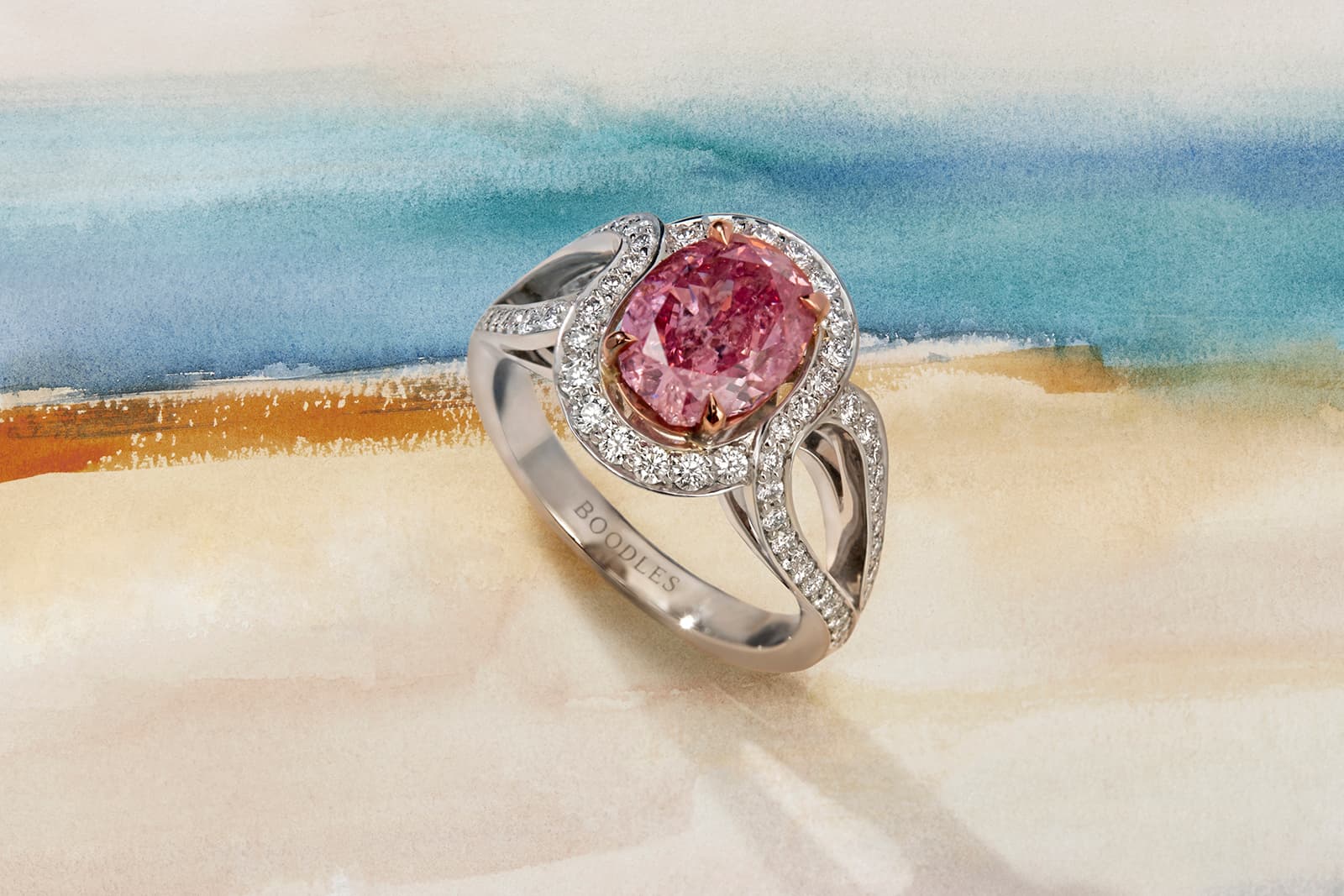 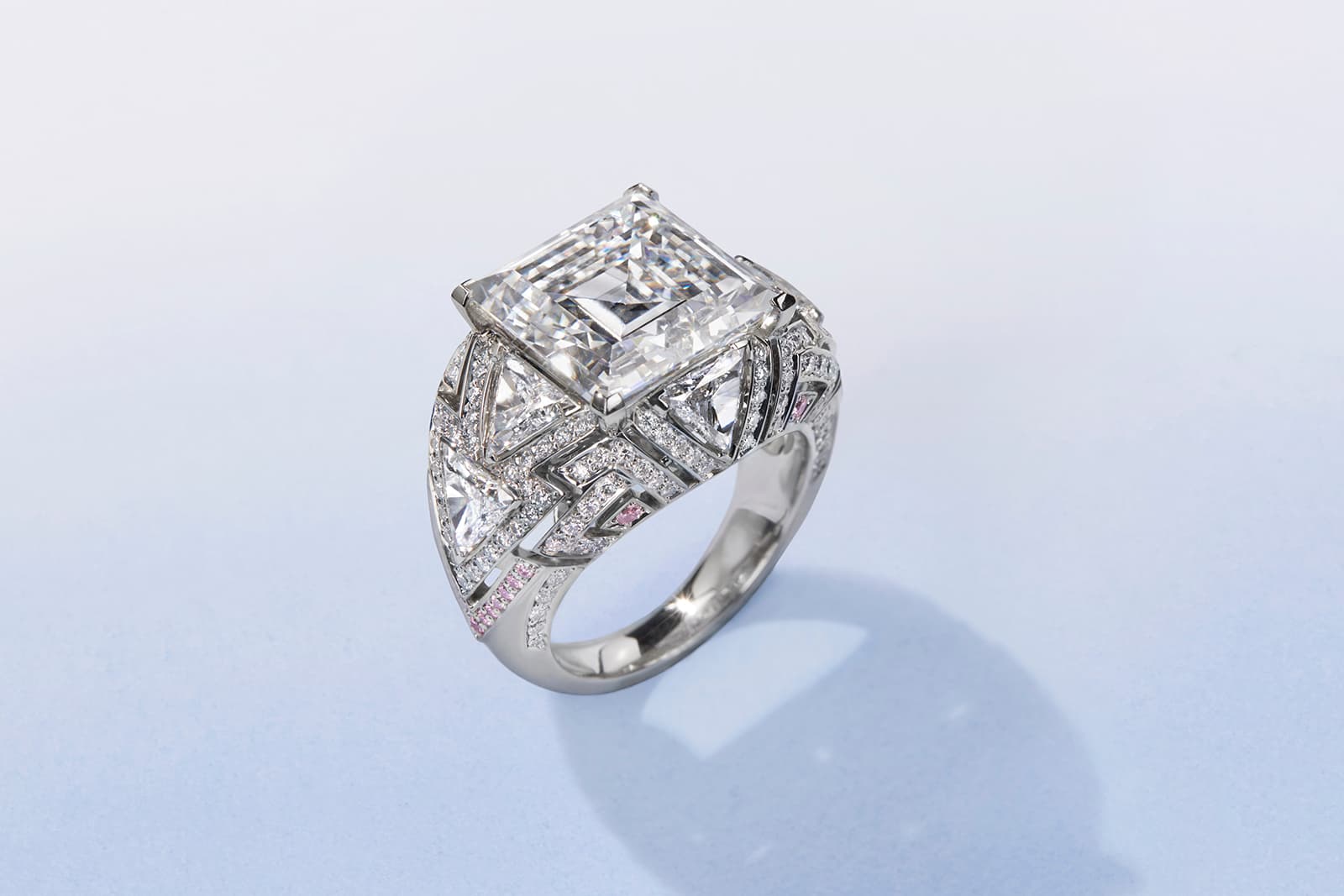 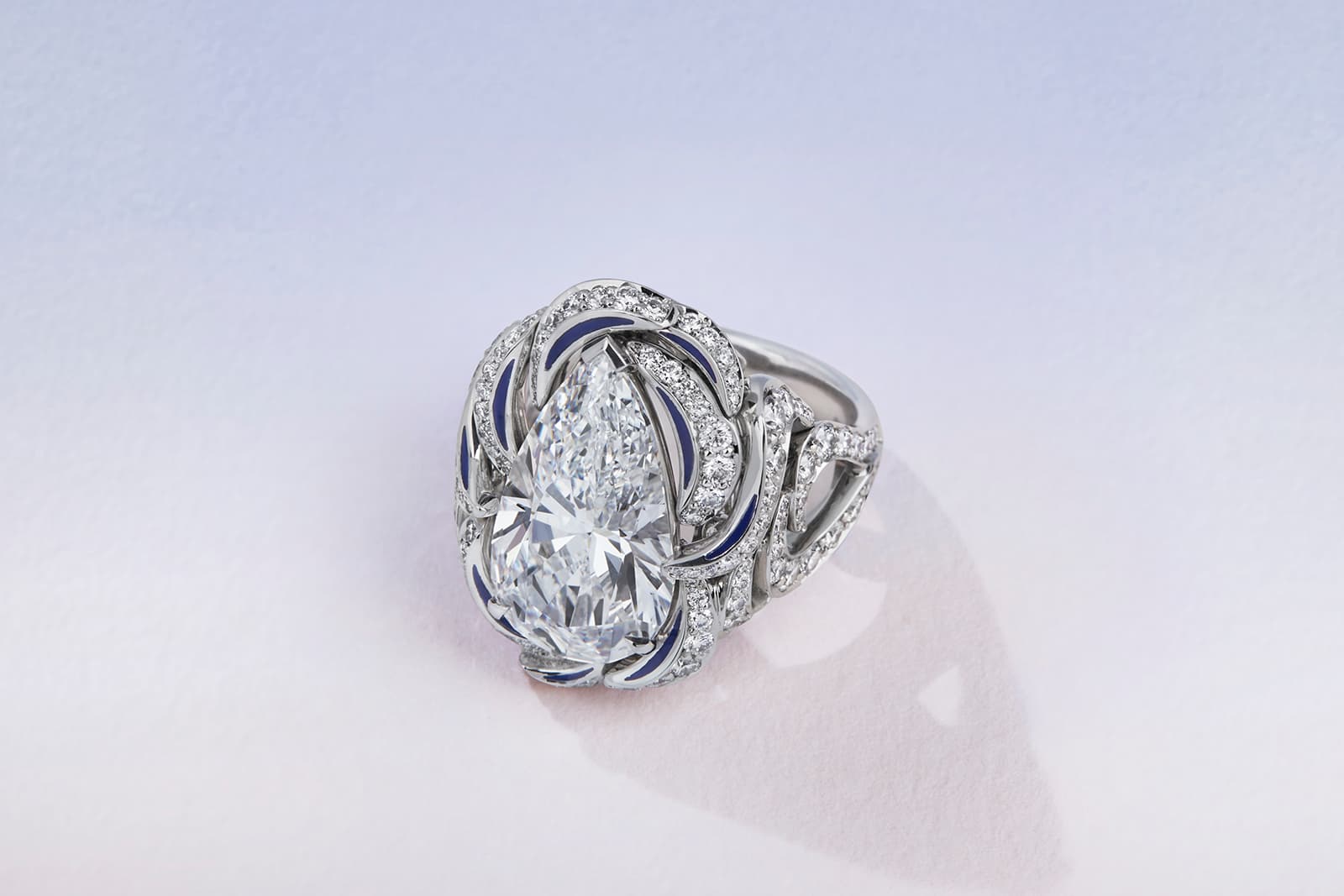 The collection includes 26 ring designs that are all named after the places that inspired them. The honour of opening the collection falls to a ring created for London, paying homage to the city where Anthony Wainwright's journey started and finished. Bright strands of diamonds, dark blue enamel and a magnificent 2-carat Asher-cut diamond recall the silhouette of Tower Bridge, one of London’s most famous landmarks. 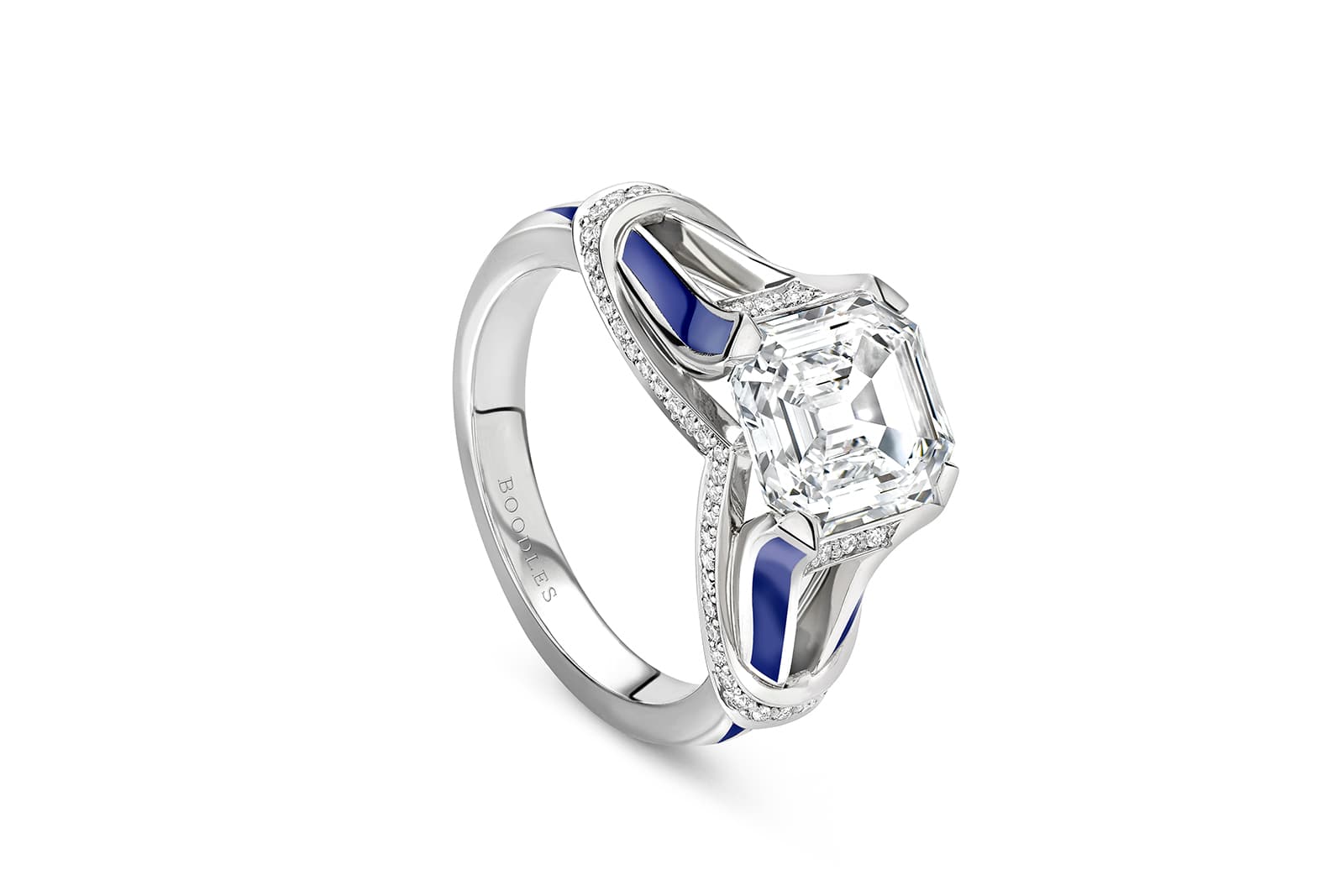 A bright yellow 3-carat diamond, surrounded by its colourless cousins, shimmers in the Capri ring in a manner reminiscent of lemon groves, flowering gardens and the bright sun of an Italian island. The design of this ring is largely literal, with reference to the sun and consequent parasols, as well as the ‘secrecy’ of the little coves so beloved by James Amos. But it is a true yellow giant of about 17 carats that take centre stage in the Sintra ring - inspired by the Pena Palace - the main attraction of this Portuguese city. 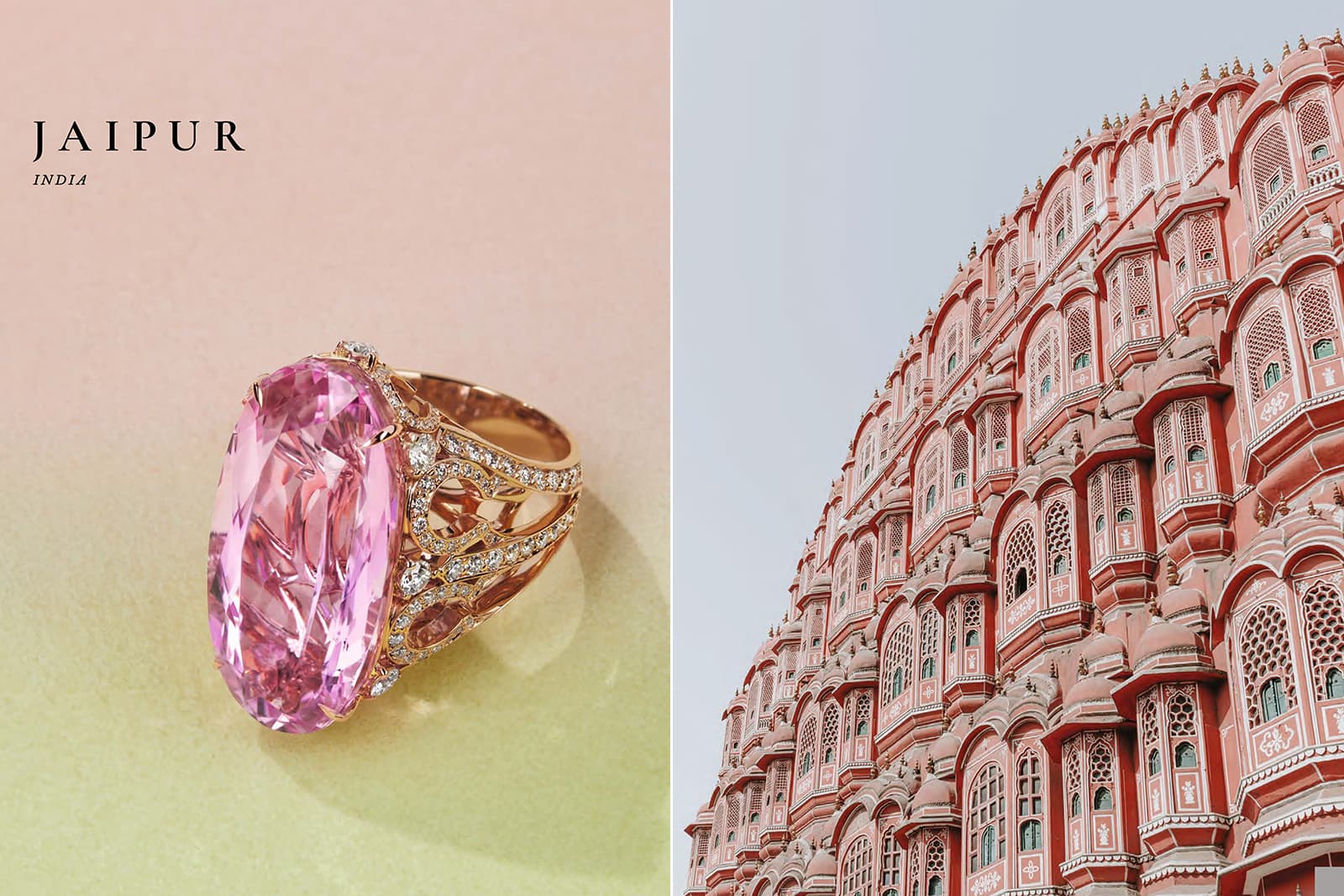 Another magnificent gem, comprising the finest 17-carat aquamarine, can be found in the Marrakesh ring and is buried in the verdant green of four pear-shaped emeralds and a scattering of colourless diamonds. The truly intoxicating colours of a 21-carat morganite in the Jaipur ring is reminiscent of the city’s world-famous pink Hawa Mahal. According to Hawkins herself, the most difficult ring to craft was the exceptional bright orange Havana diamond. While the idea may seem simple at first glance, it took some of Boodles' top craftsmen to perfectly nestle the centre stone into a rock crystal frame. 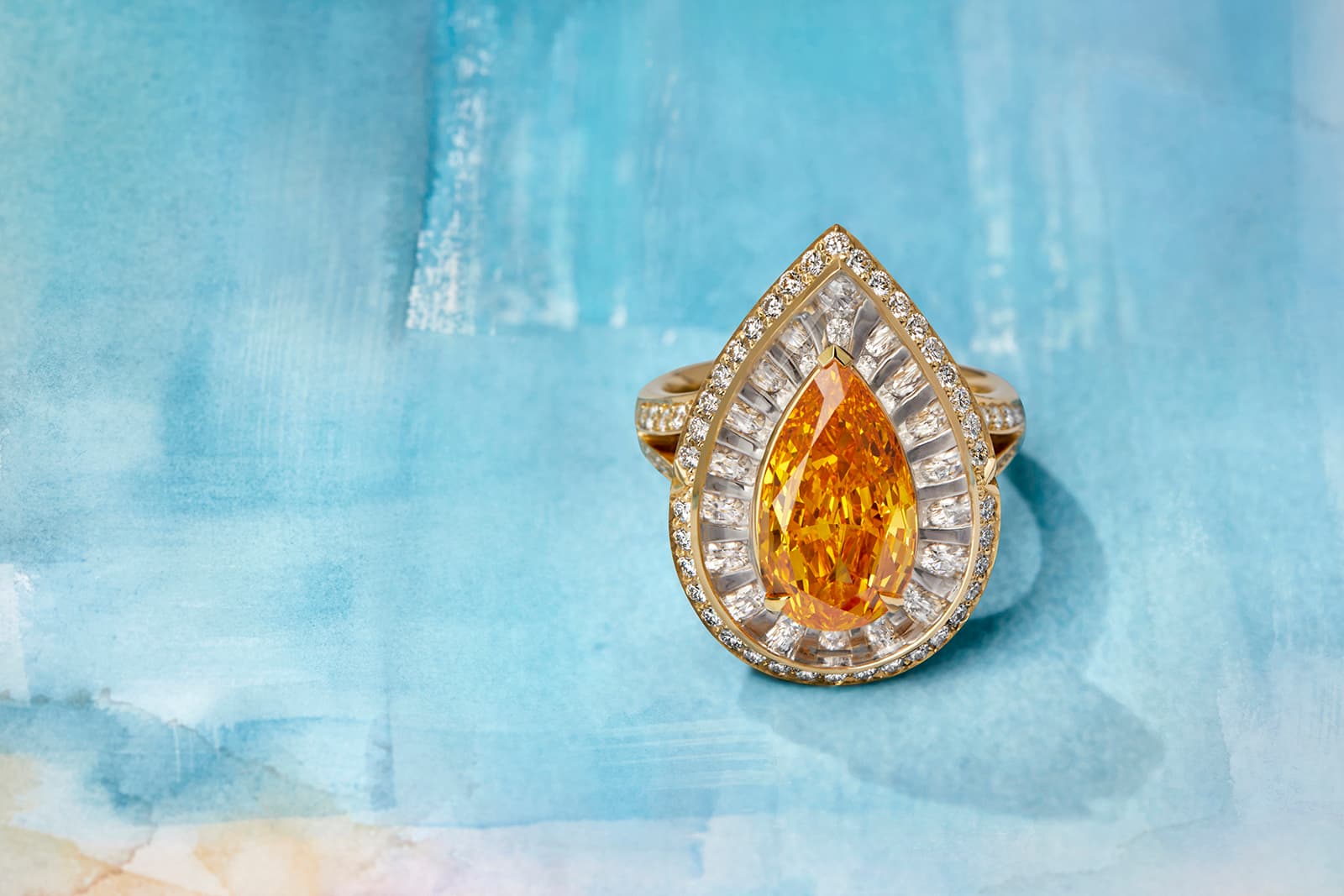 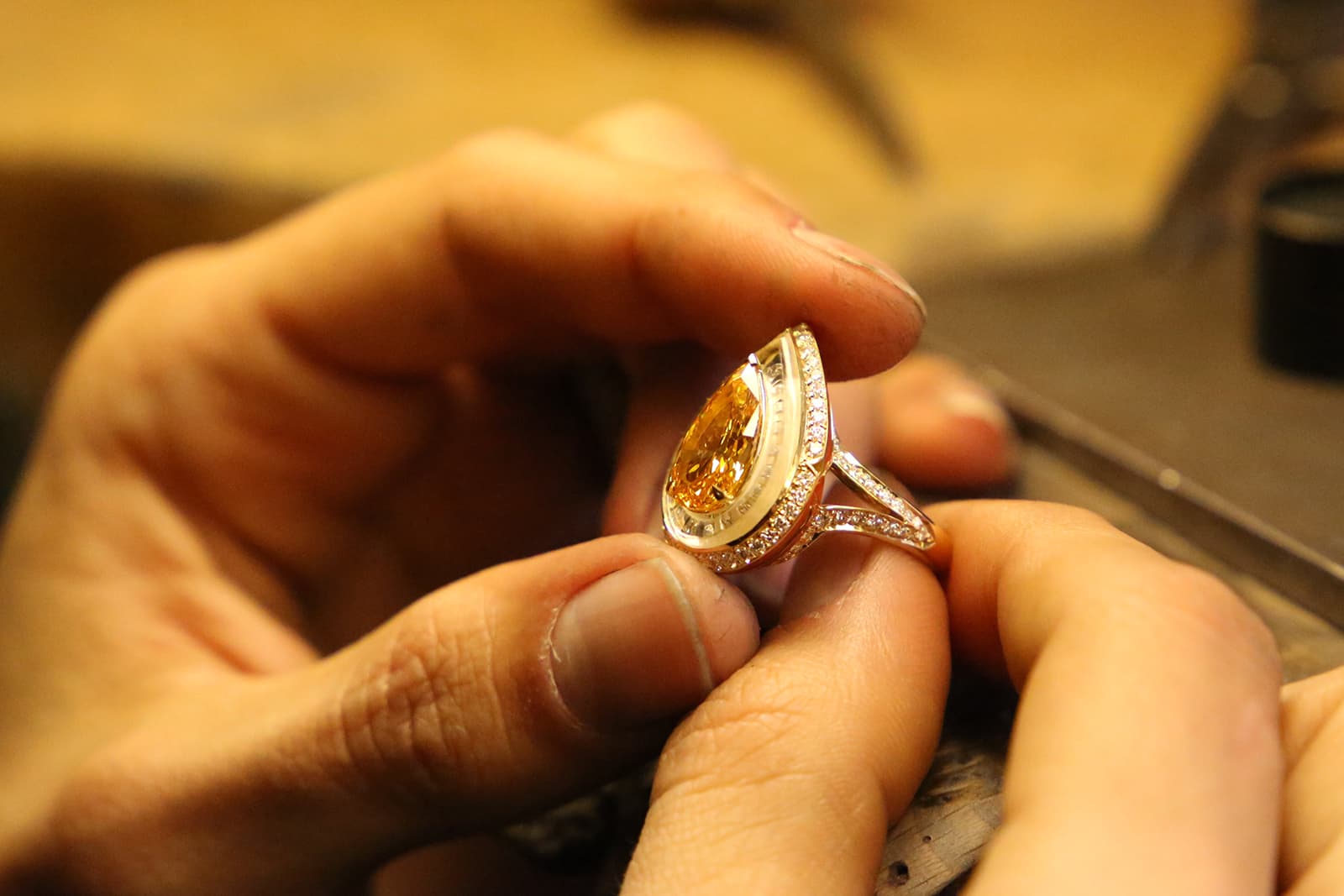 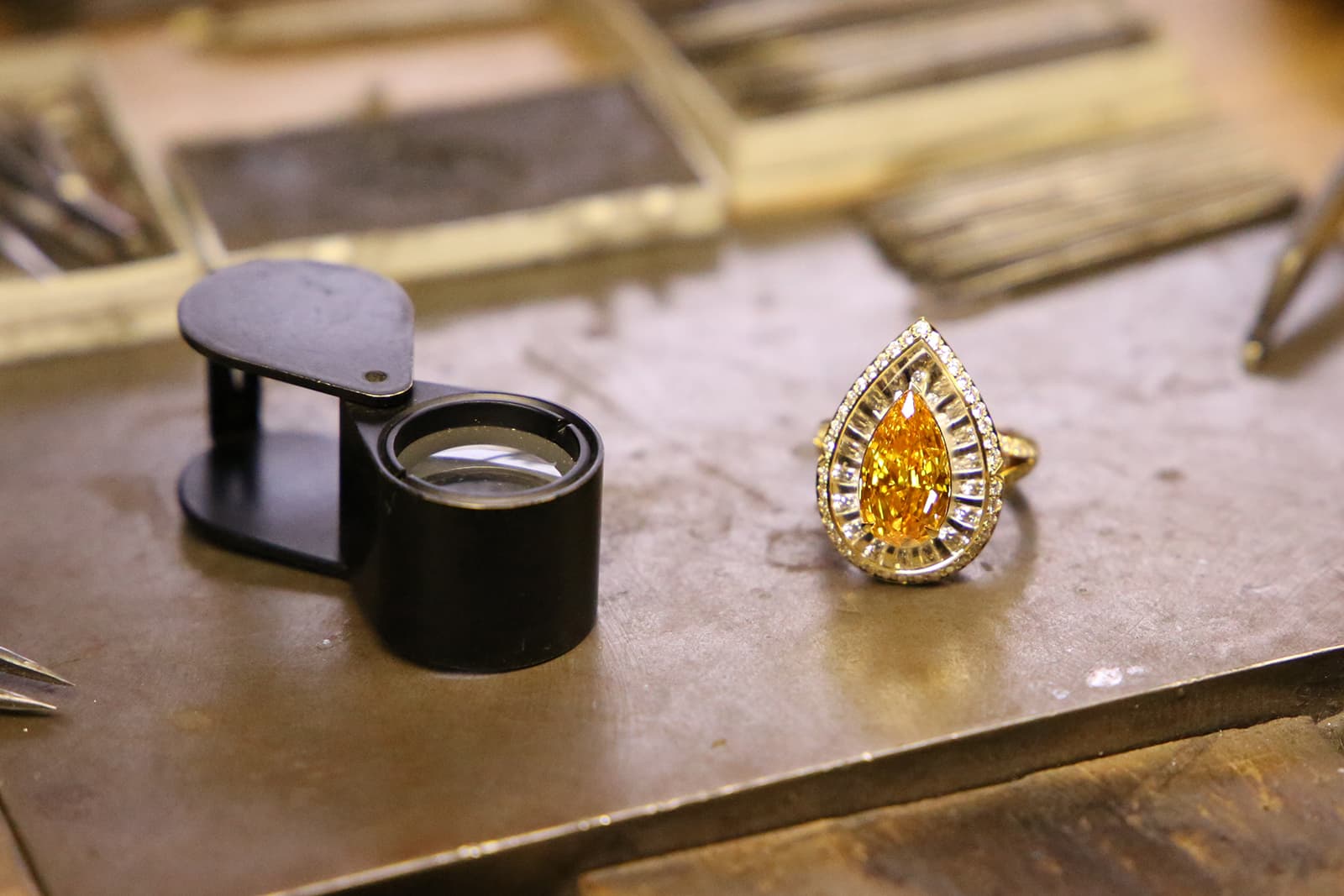 A pleasant surprise was the ring dedicated to my hometown of St Petersburg, which is made with a yellow marquise-cut diamond. “It is said Peter the Great built a “window to Europe” when he created St Petersburg. With this ring, we’ve built a window that allows one to gaze right back: a meditation on Russia’s most spellbinding city. Perhaps above all, this ring exudes elegance. Dancing, light-as-air, and timeless as it echoes the spirit of a famed ballerina. A rococo, baroque treasure, forever sparkling in a tsar’s Winter Palace,” says Honour Wainwright of the piece. 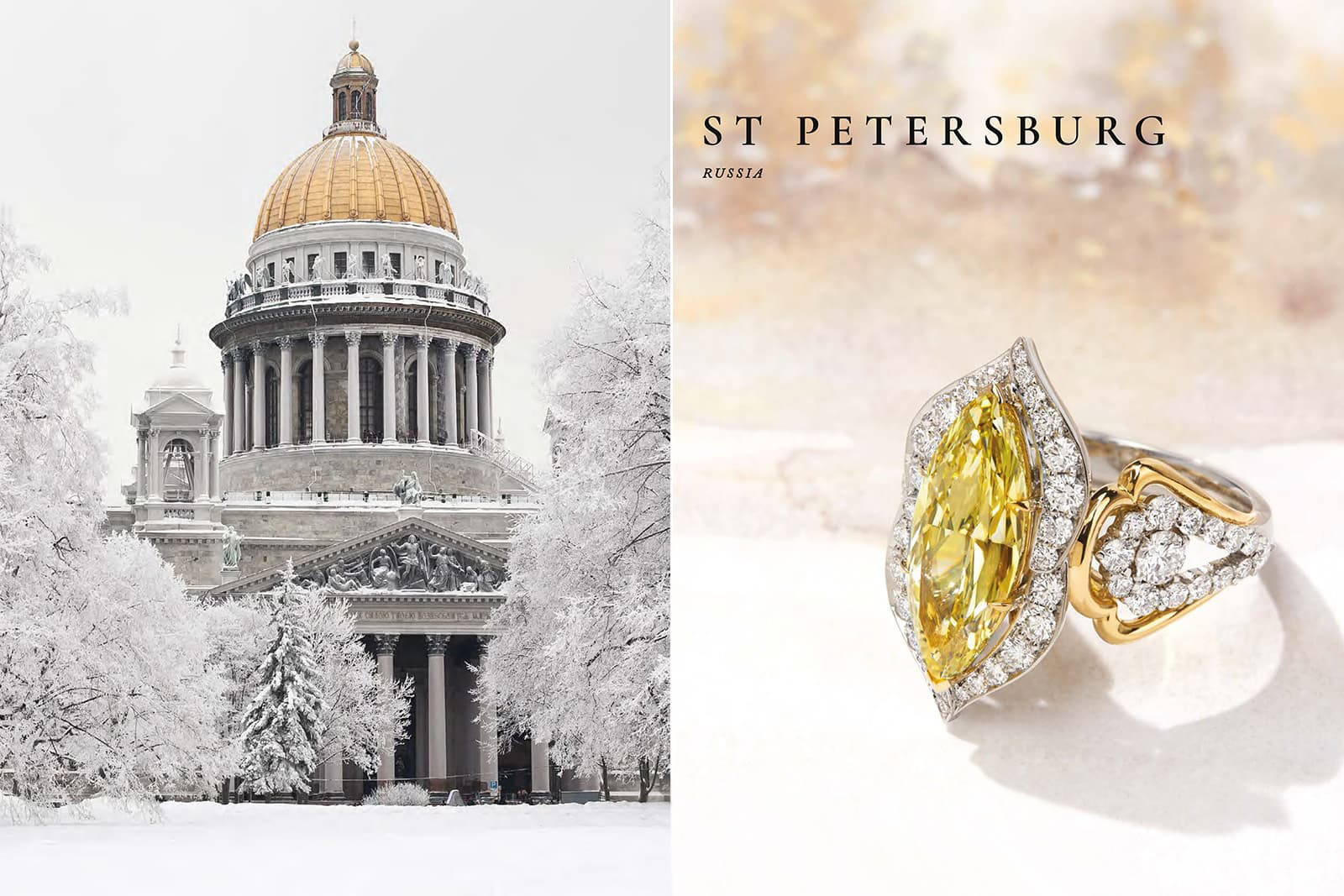 The courage to do something new and in an entirely independent manner has been a part of the DNA of Boodles from its inception more than two centuries ago. The collection ‘Around the World in 16 Days’ is yet more proof of this fact.