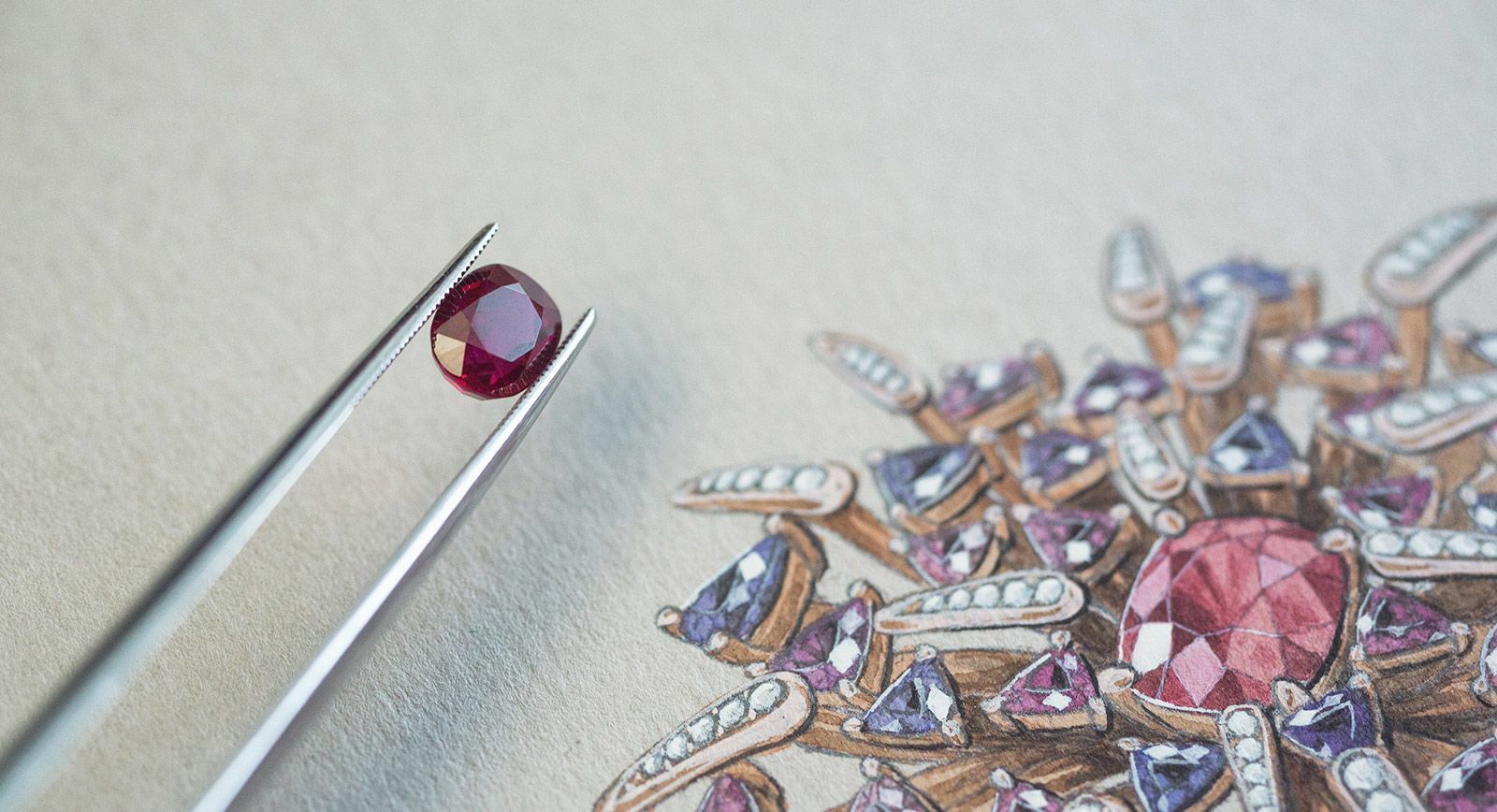 Gübelin: The birth of two art objects inspired by the inner world of a Burmese ruby

Gübelin Jewellery is a Swiss brand which occupies a specific niche within the fine jewellery world, and one of the ways which this manifests is that the house creates pieces inspired by the natural inclusions of precious stones. One of their latest high jewellery creations is the transformable ‘Red Dahlia’ ring, which encapsulates the inner world of the Burmese ruby.

Burma is the origin of some of the world’s rarest and most valuable rubies, boasting a highly desirable ‘pigeon blood’ deep red colour. Additionally, the mines in Myanmar from which these stones originate no longer produce the same quantity of exceptional gemstone quality material, and thus all significant Burmese rubies now pass from one hand to another – making them true collector’s items. 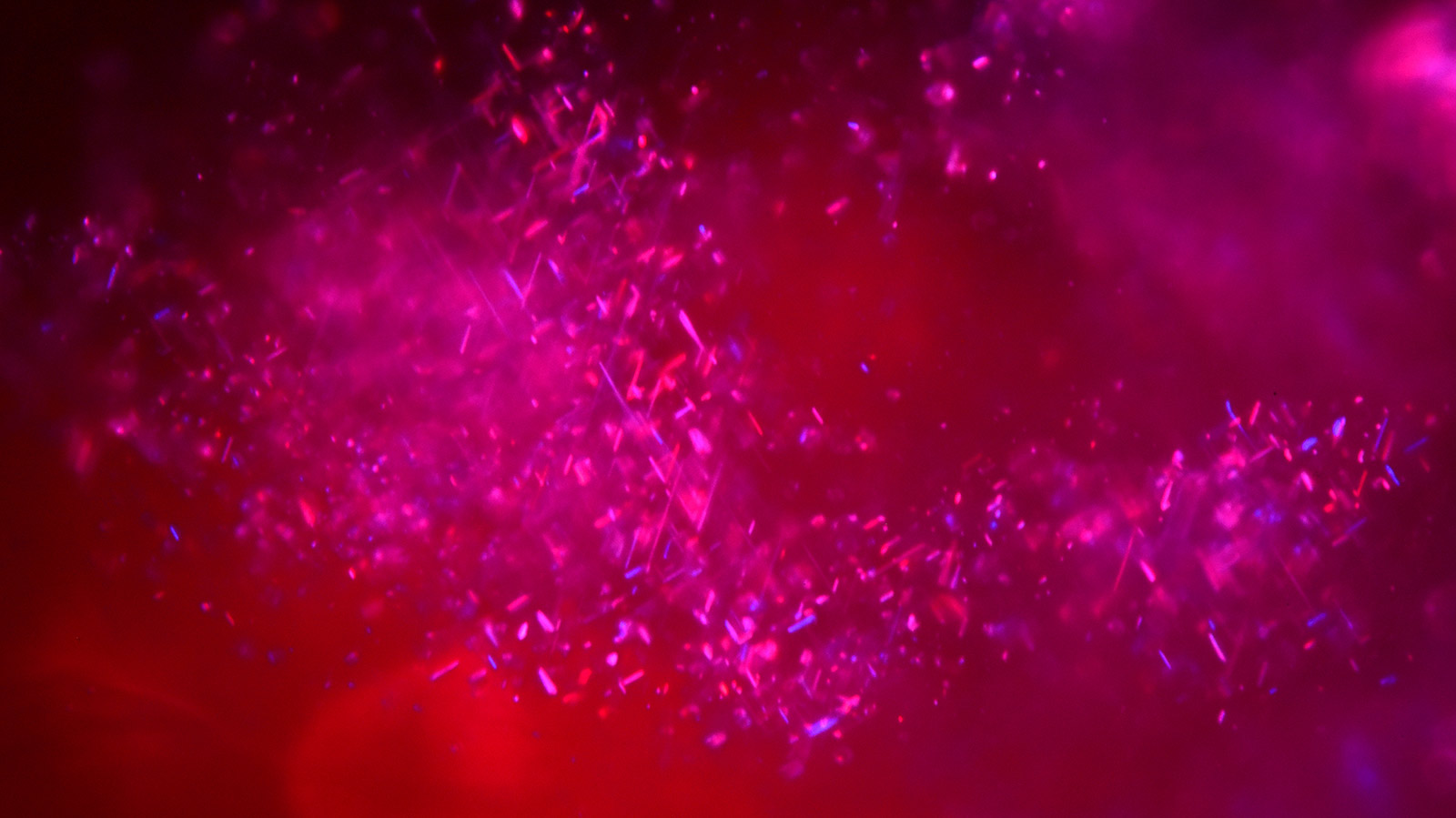 Generally speaking, in order to  immortalise the beauty of rubies, jewellers tend to set them in a way that draws all attention to the stones. Yet designer Michael Bühler from Gübelin has chosen a different approach; embellishing the feature ruby within the ring with coloured sapphires and diamonds.

Prior to working on the design, Michael studied the microphotography of this incredible ruby. It offered him insight into the gem; helping him to determine its origin and to understand its unique ‘character’. Typically, Burmese rubies display inclusions that resemble needles, and are referred to in gemmology as ‘silk’.  Another type of inclusion frequently found in red corundums are formed in miniature triangles - these may be formed by ‘silk’ - and are the result of the crystal growth.

These two features which have been formed from inclusions – triangles and ‘silk’ – became the inspiration and the main decorative element of the unique Gübelin ‘Red Dahlia’ piece. Having created a stunning composition; combining multi-coloured triangular cut sapphires with diamond encrusted ‘pestles’, Michael Bühler was able to create not just an interpretation of the ruby’s inner world, but also the abstract embodiment of a blossoming bud. It is through this floral design that the exotic name for the piece was derived: the ‘Red Dahlia’.

“It was interesting to create something that has a certain artistic flair and at the same time remains true to Gübelin’s image,” said Michael. “You find yourself immersed in a new world - looking for shapes and colours, working with different depths of field and with reflections that change depending on the perspective.” 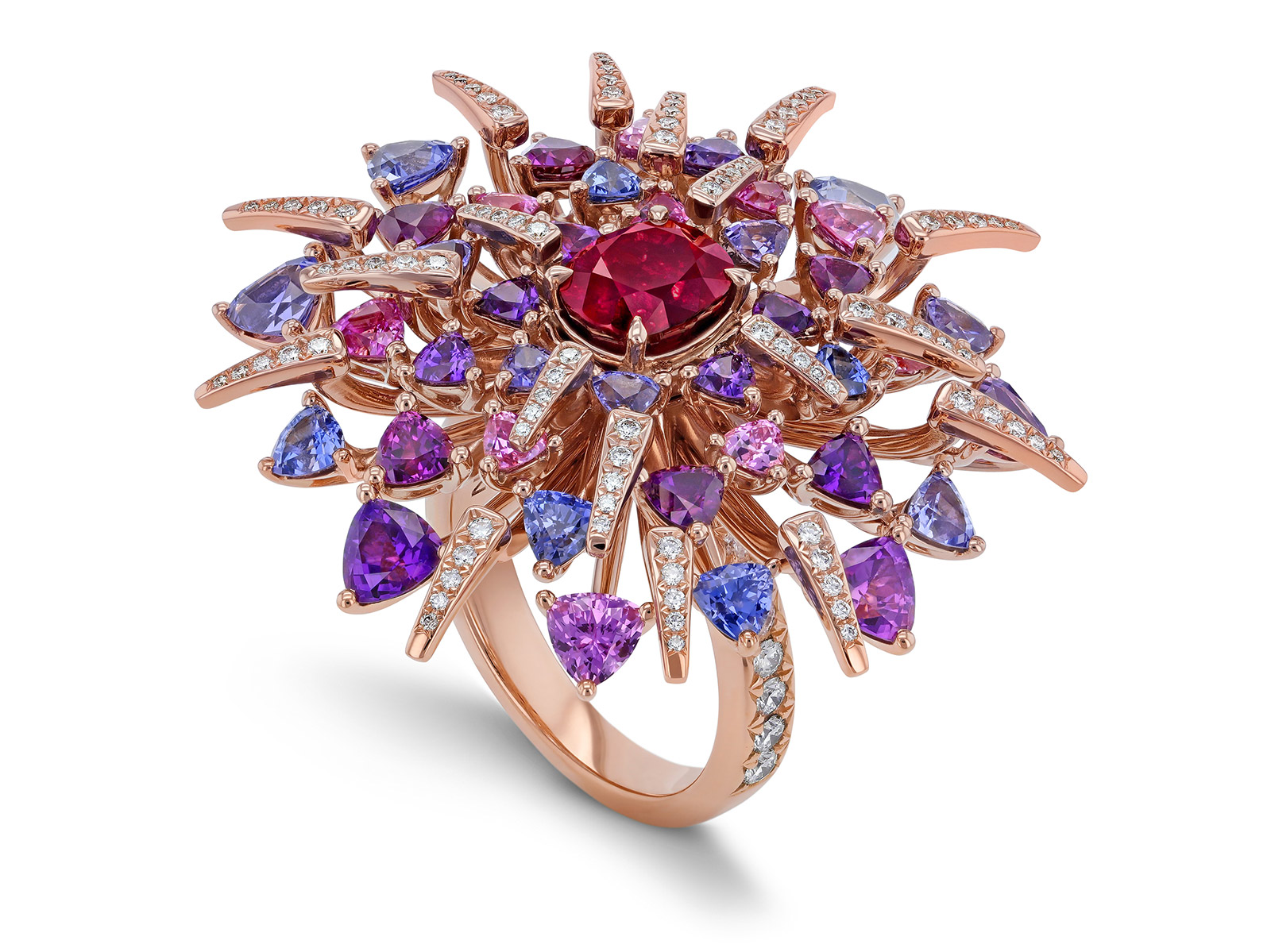 The centre of the red gold ring is adorned with a 2.18 carat oval ruby from Burma which is exceptional because of its ‘pigeon blood’ hue. If desired, the feature gem can be unscrewed and worn in a brooch or a pendant. This multi-functionality - coupled with the combination of gemstones used - renders the ‘Red Dahlia’ an excellent example of the haute joaillerie creations made by the Swiss house; and it is, of course, very much in accordance with their immensely high standards. 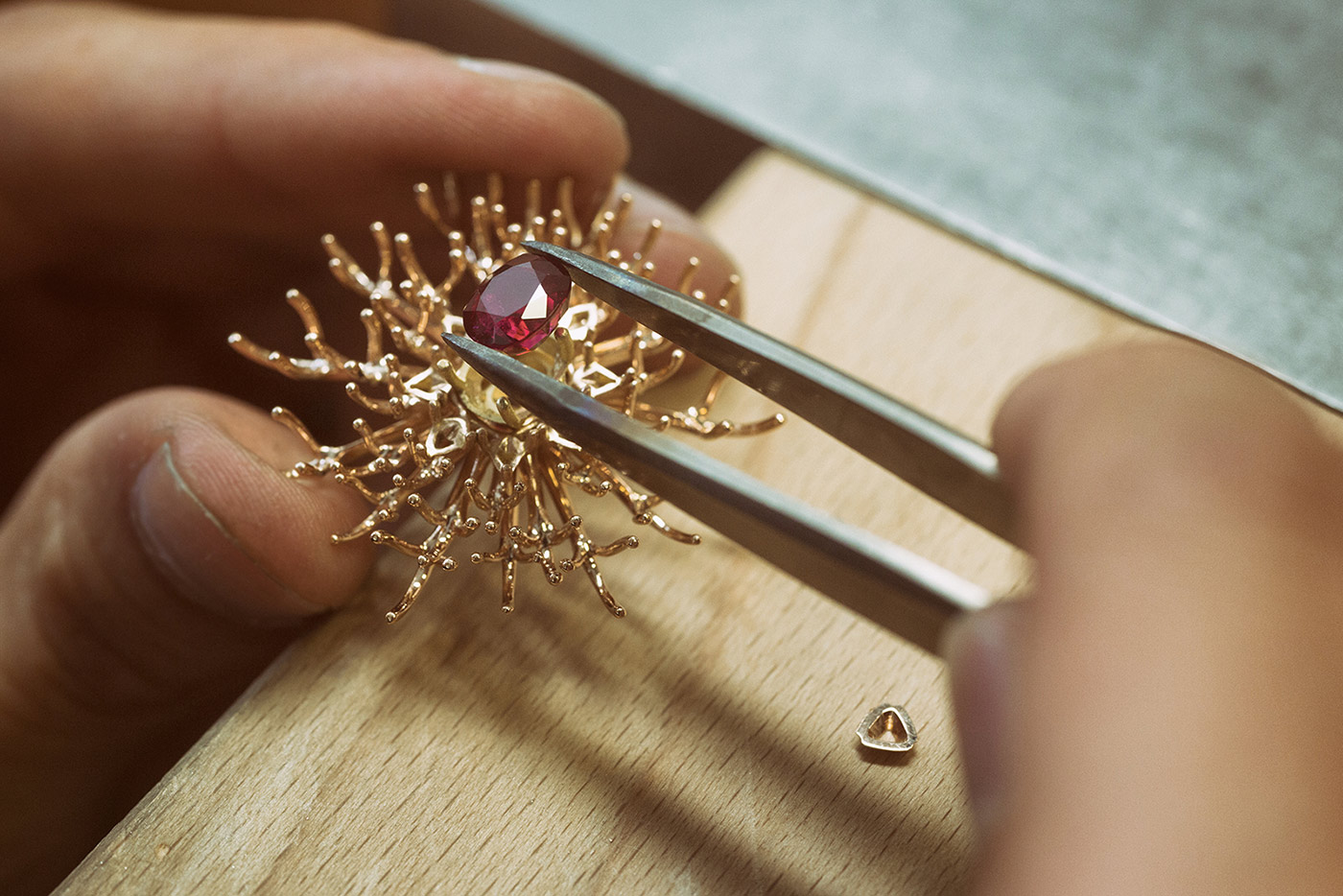 Interestingly, a macro-photograph of the central ruby in the ‘Red Dahlia’ ring became a starting point for creating another work of art. Athene Galiciadis - a Swiss contemporary artist - worked together with the jewellery company to create her interpretation of the inclusions seen in the gem. “When I decided which inclusion from the ruby I was going to interpret,” Galiciadis commented, “the challenge was to remain true to my methods, to stay in the world of my work and find something that is a sort of compromise – one that would connect my world with that of the ruby.” 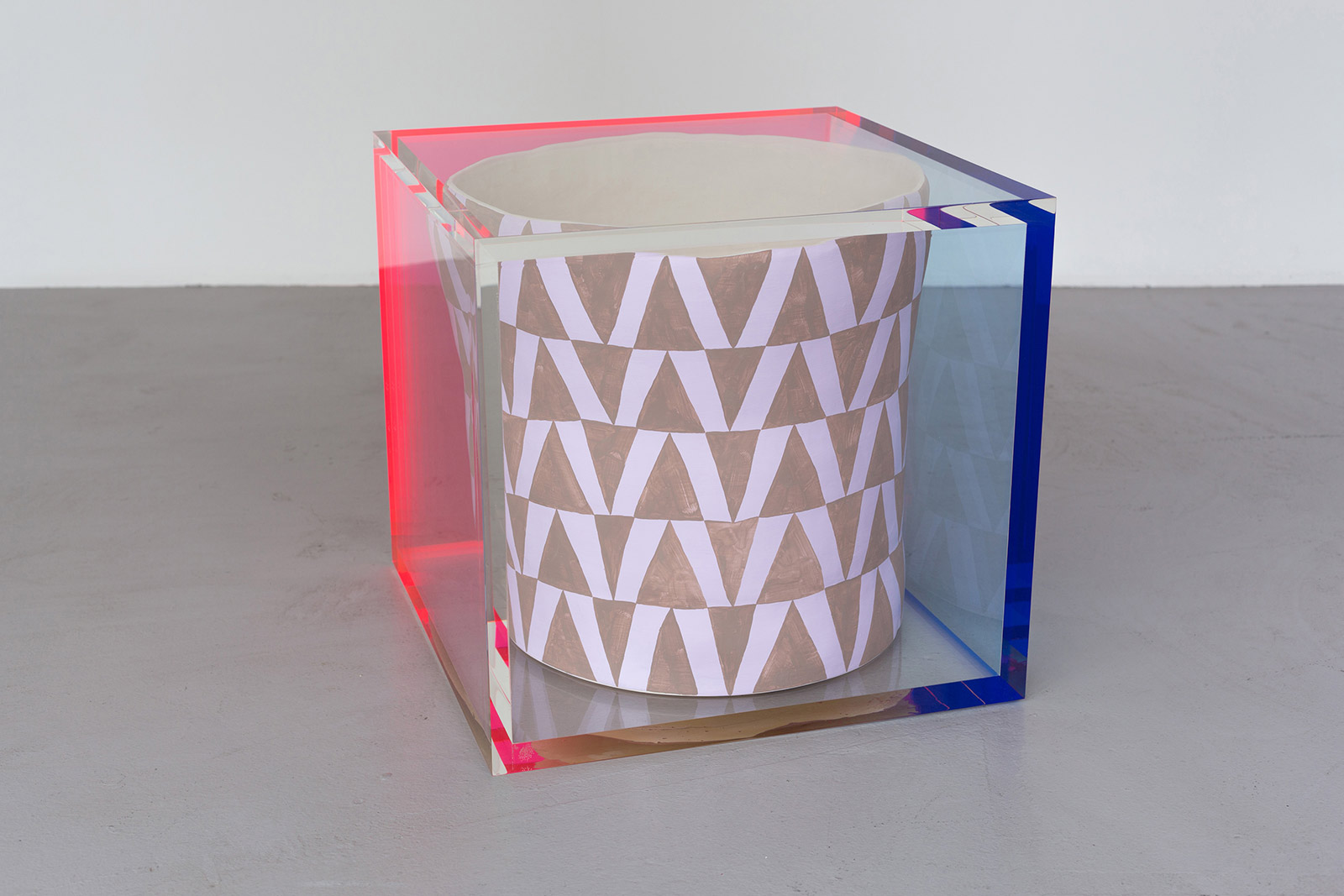 Athene Galiciadis incorporates the triangular inclusion forms within the precious gem into the design pattern decorating her vase. The clay vessel is encased in plexiglass, making it possible to sit on the fragile ceramic, hence the name ‘Stool’. Galiciadis likes to use juxtaposition in her art, and therefore chose to use an easily shaped and tactile material such as clay, combined with a synthetic substance. To reflect the red-blue-violet flashes of light seen in red corundum, Athene "introduced a different kind of play of colours", using plexiglass that captured these shades, alongside the painted triangles which adorn the vase. 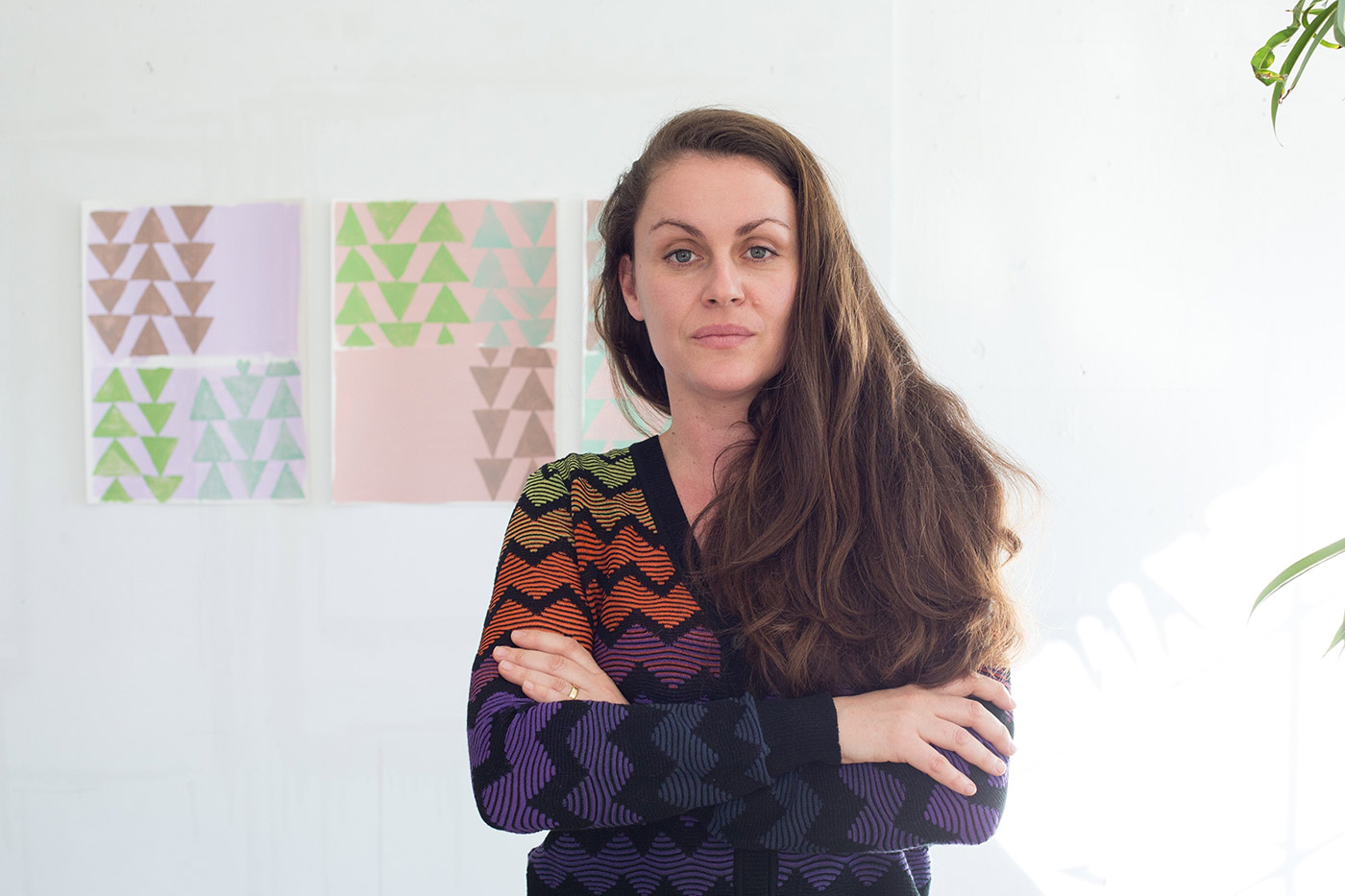 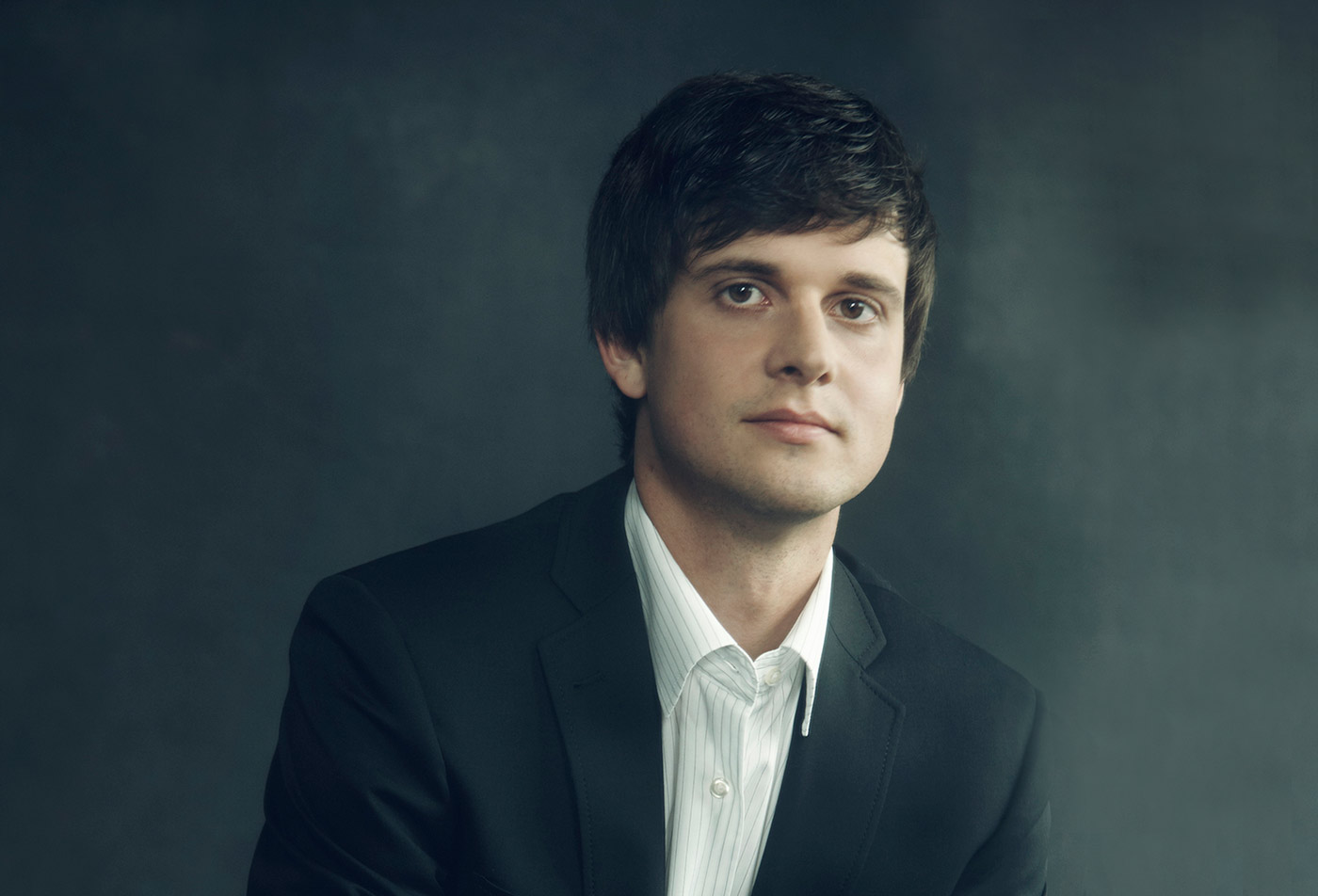 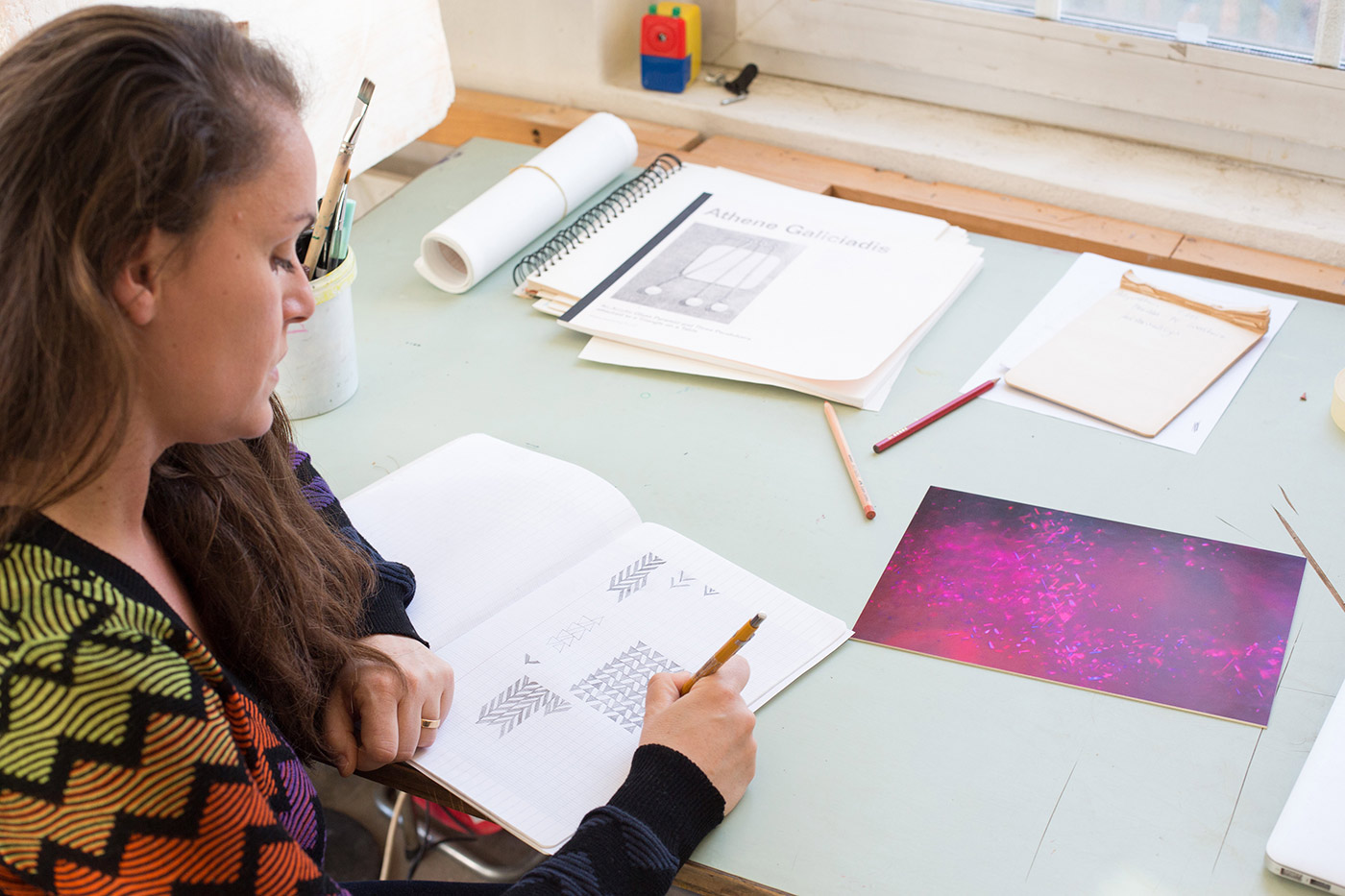 Raphael Gübelin, the President of the House of Gübelin, commented on the joint projects: “Art and culture, along with creativity, craftsmanship, inspiration and authenticity have always been of central importance to the House of Gübelin. We have – for a long time – been deeply involved in these areas and in promoting these values.”