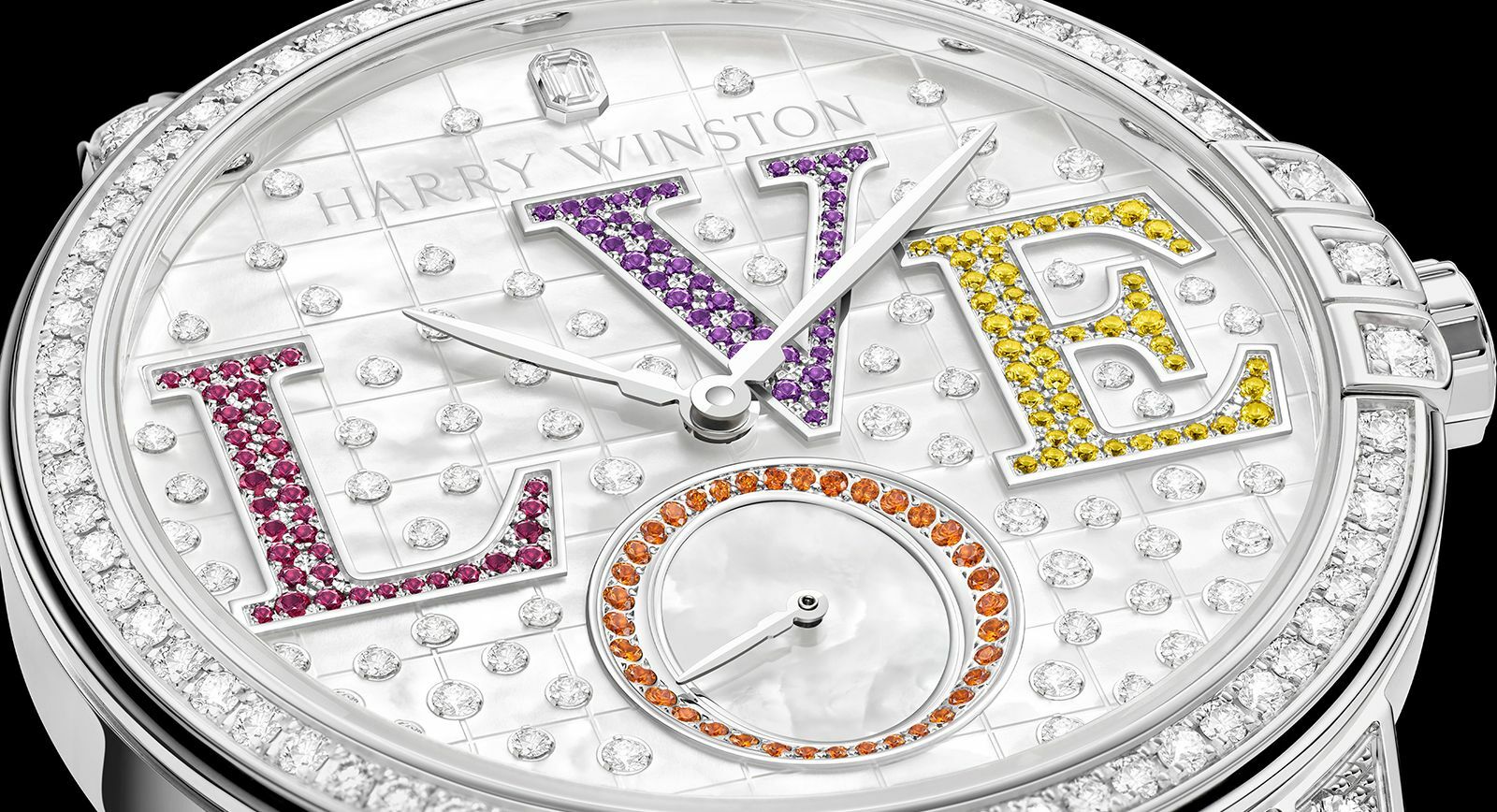 Finger on the Pulse: New Watches Adorned with Diamonds

Whenever jewellery and new technology happen to come together, I always make sure to look into the results of this meeting of strange bedfellows. That’s why any new work in the field of fine watchmaking, which, of course, always represents the intersection of the two, is permanently on my radar. Today, readers, I present to you the best diamond-studded women's watches of the summer of 2021!

The Emerald Signature, presented in a gorgeous diamond version way back in 2014, has reappeared in 2021 to the great delight of its many admirers, this time with blue sapphires. The rich colours of the stones represent the signature colour of the Harry Winston house. The octagonal silhouette of the watch’s case draws inspiration from Mr. Winston's favourite emerald cut, and the ability to transform the dial into a brooch or pendant is an idea taken from fashion and high jewellery art. The two new sapphire watches - in two different shades of blue - are completely identical to their diamond predecessor and are equipped with a mother-of-pearl dial. This last fact was a little mystery formerly known only to the owners of these ‘secret’ watches. 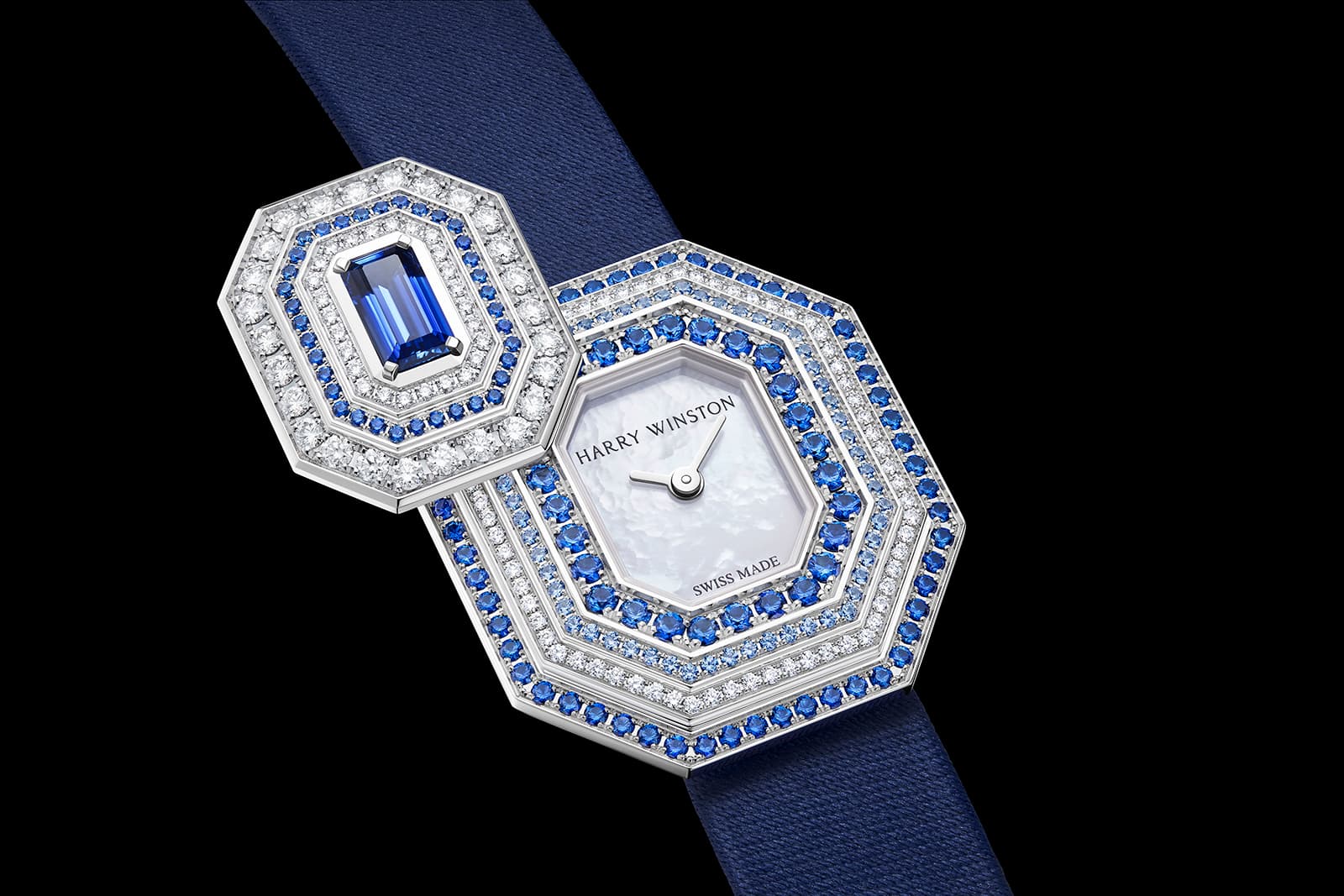 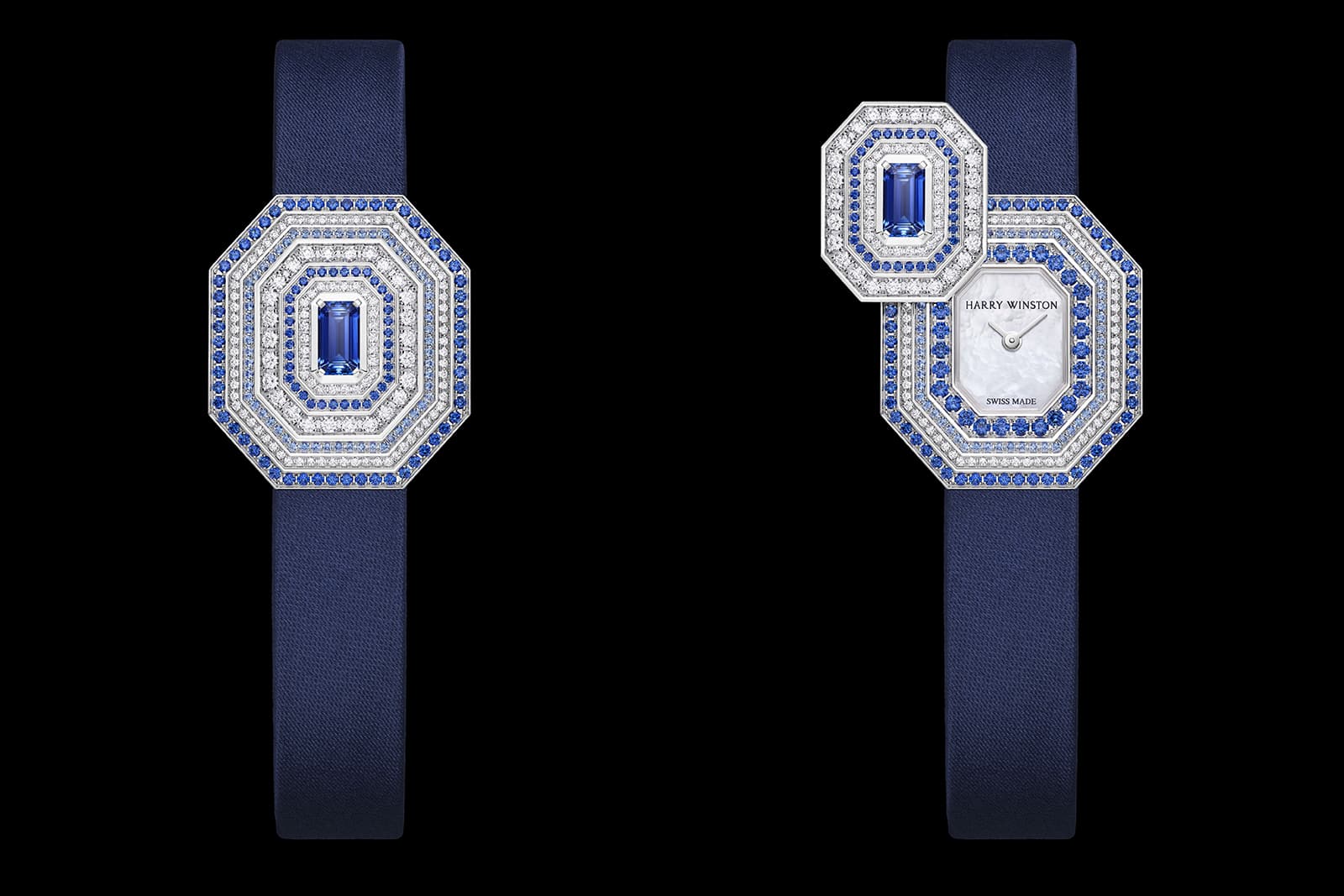 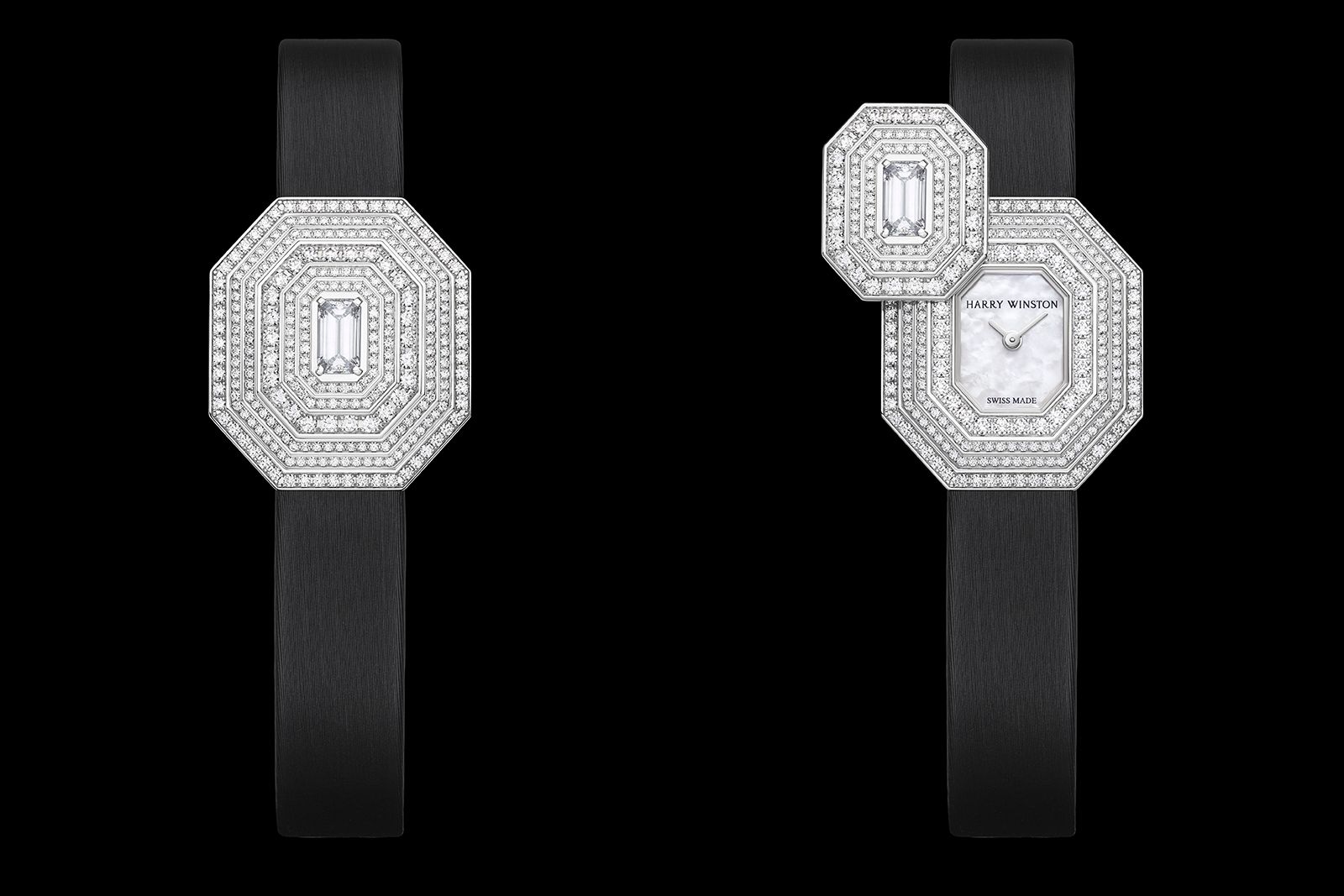 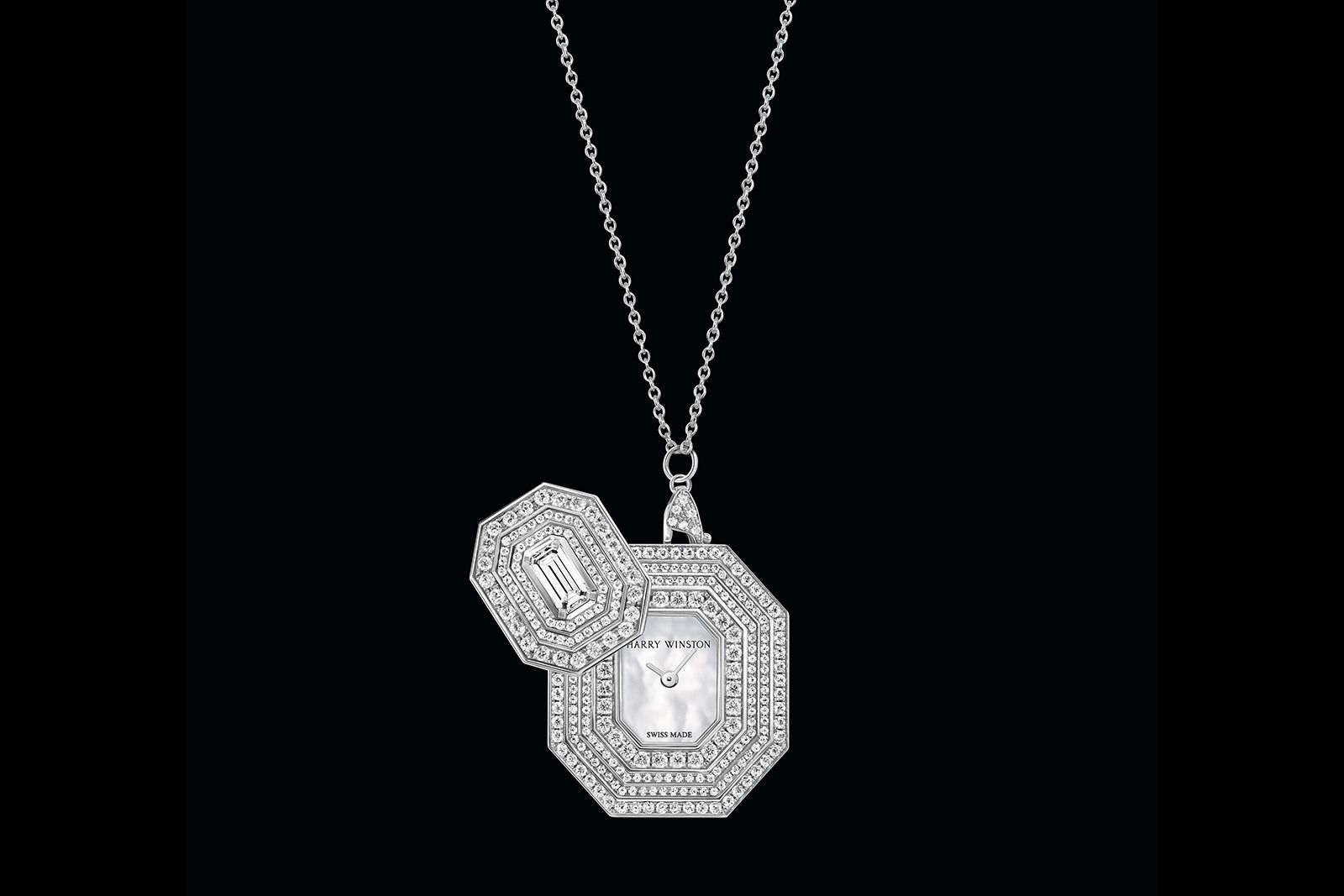 This summer, the Harry Winston jewellery house has released a colourful collection of jewellery under the self-explanatory title LOVE. The brand has also dedicated a separate collection to each of the letters that comprise this word. This acrostic offering is inspired by each stage of this most powerful feeling - stages that are usually difficult to articulate literally. The house has opted for: L - Light; O - Obsession; V - Vow; E - Eternity. The new works of jewellery are accompanied by the release of a newly updated edition of the Harry Winston Midnight watch - the perfect accessory for expressing the depth and variety of one’s emotions. The iconic Midnight watch design has been reimagined in 18K white gold with bold alligator leather straps and precious mother-of-pearl dials emblazoned with the letters L. O. V. E. In addition to diamonds, the design employs yellow, red, orange and purple gemstones, which work in harmony with the tone of the collection as a whole. 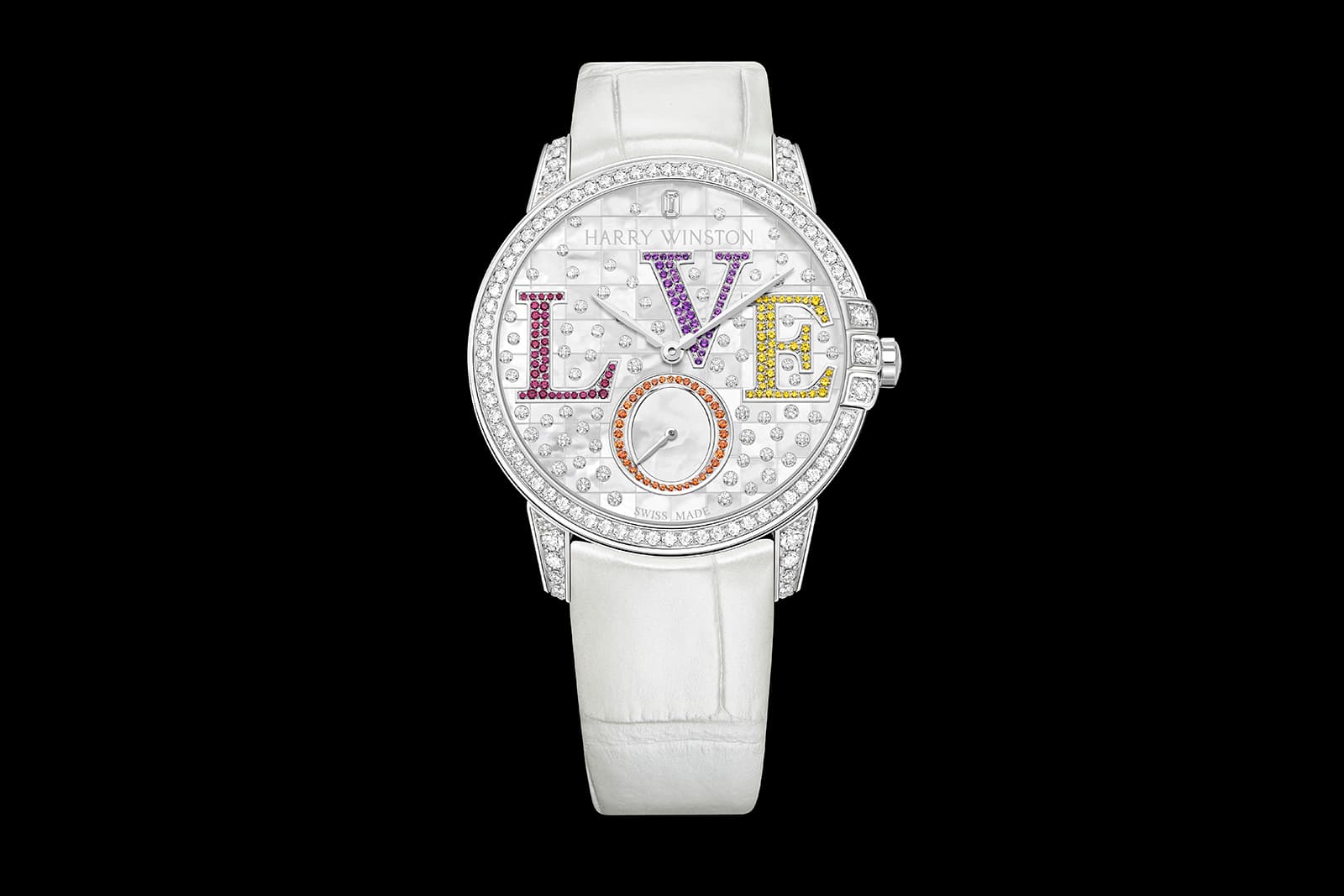 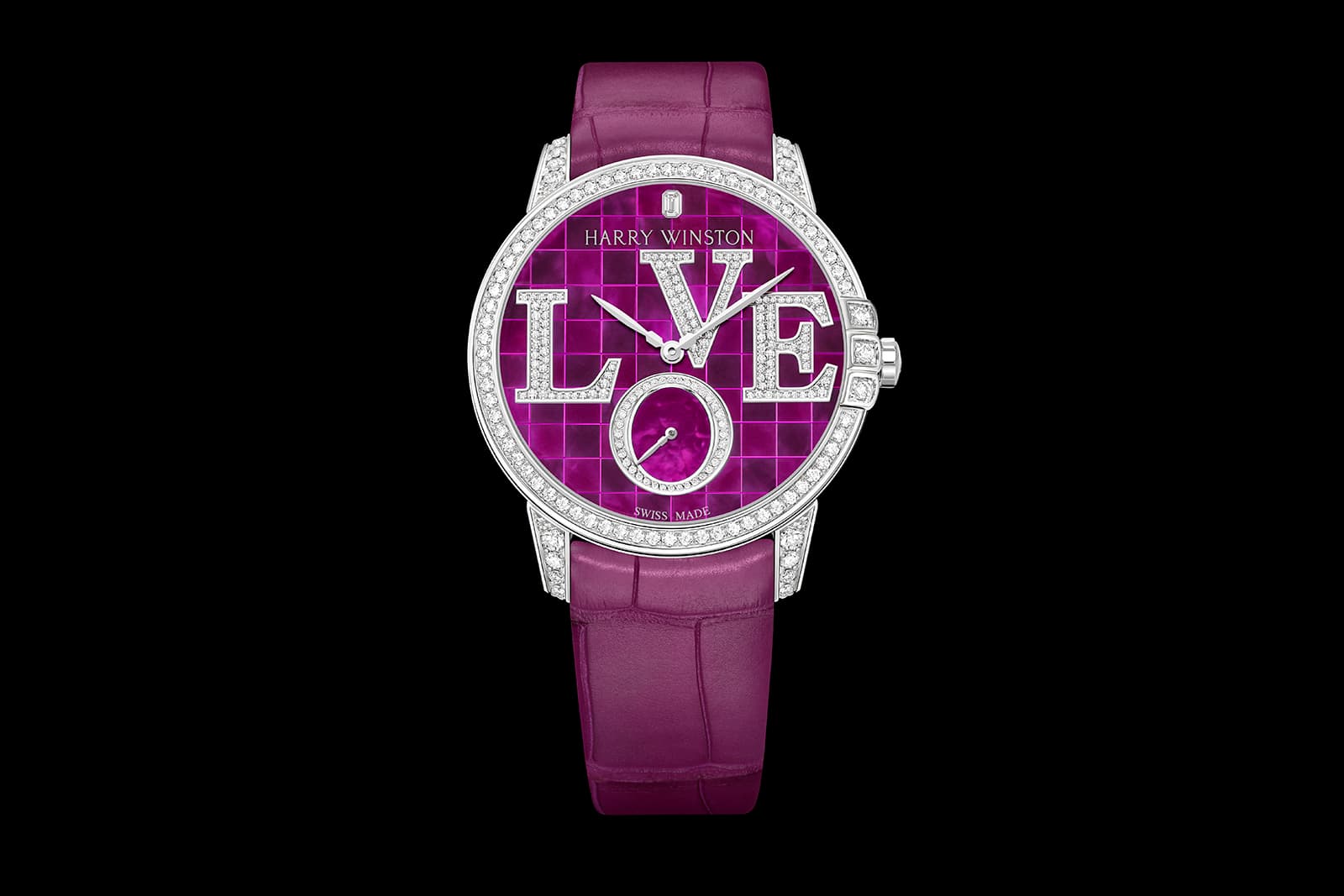 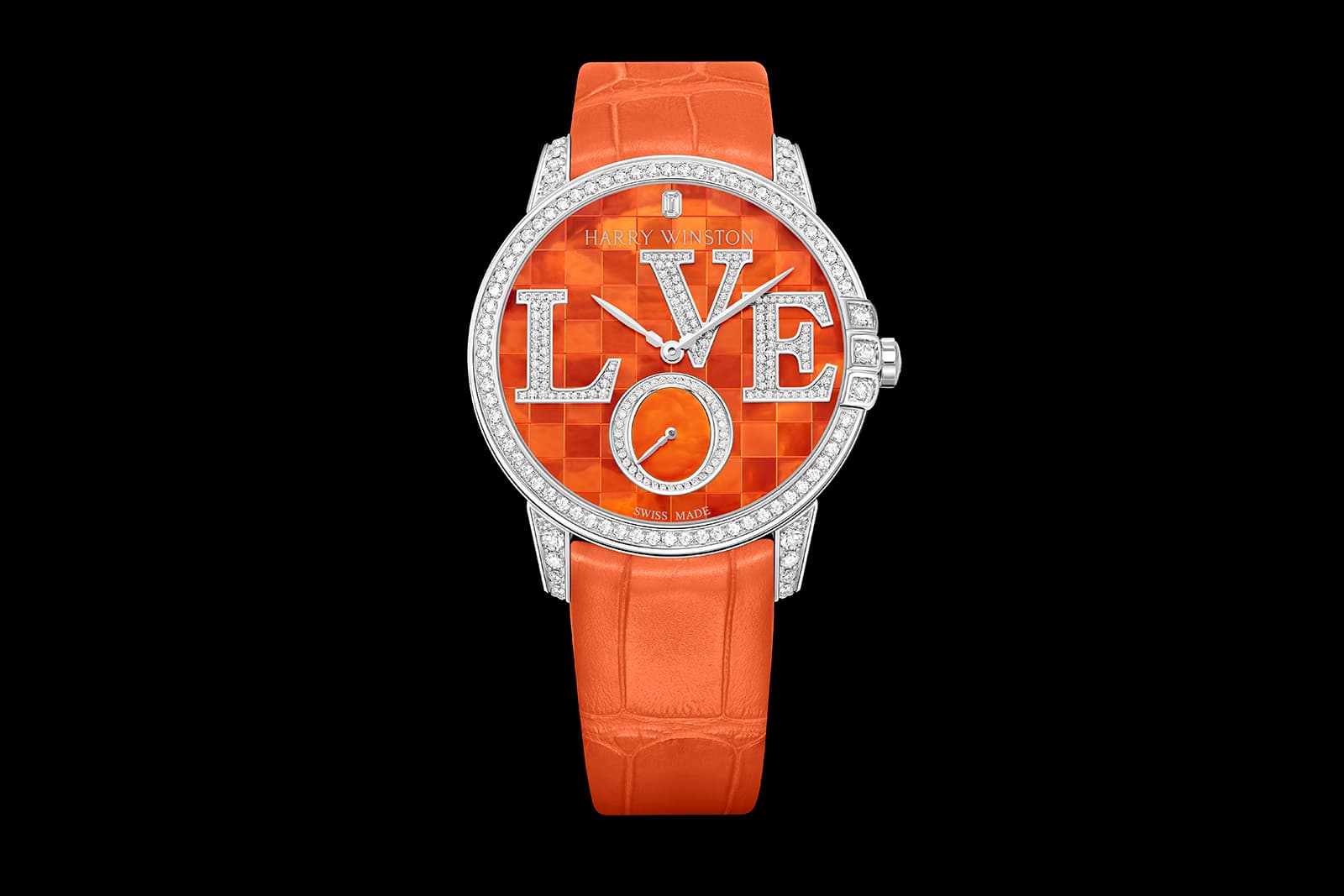 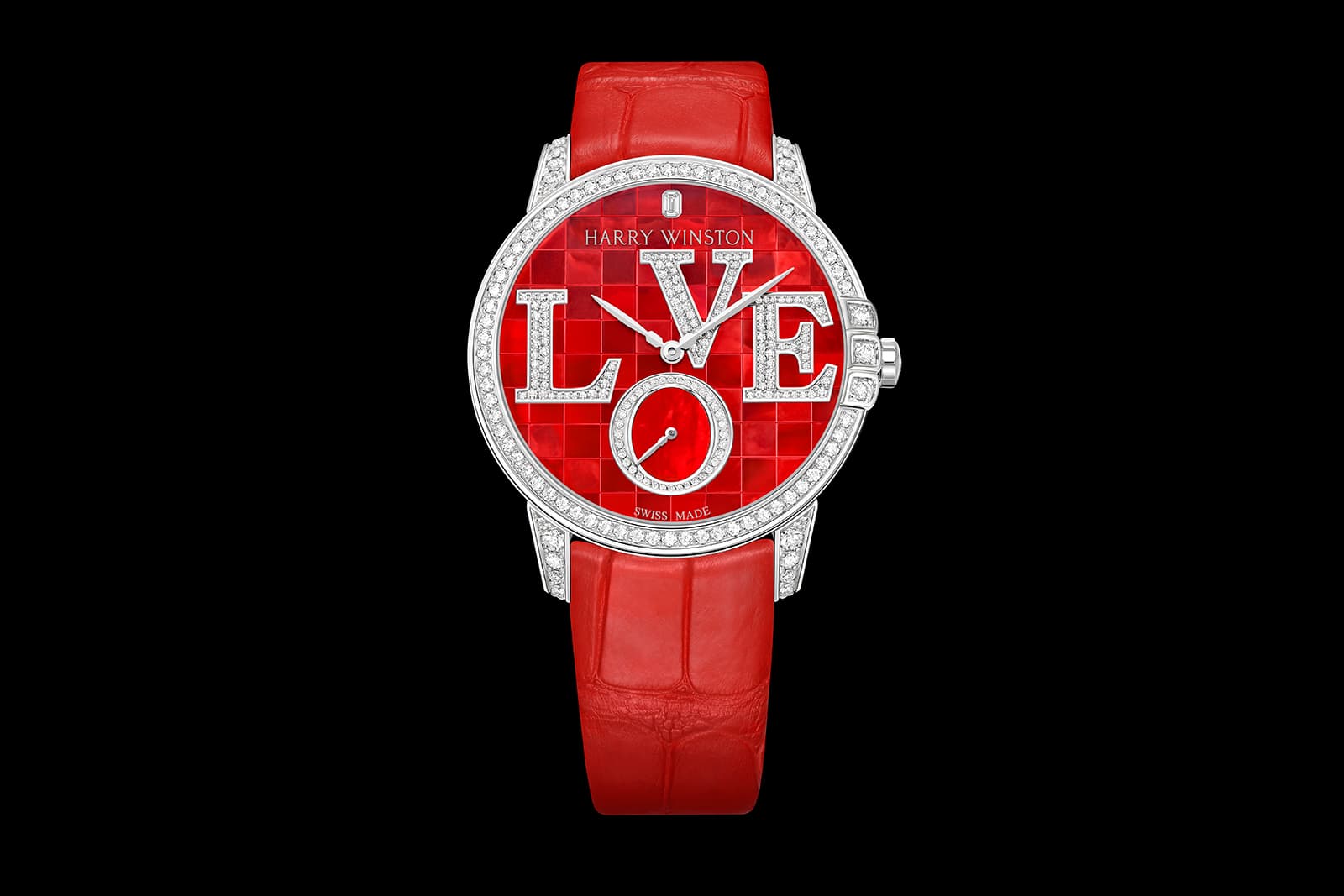 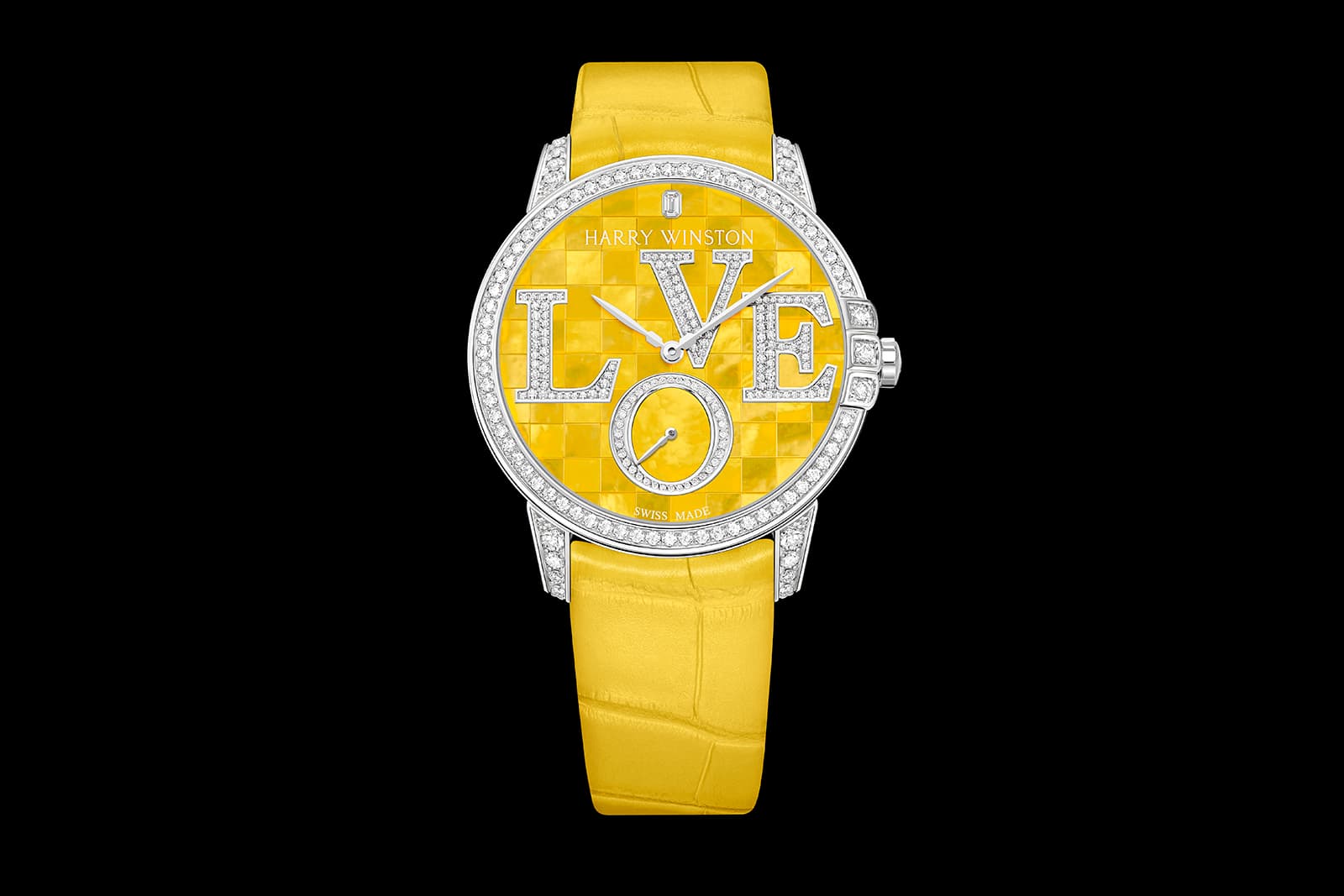 In 1991, thanks to the sketches of the House’s head designer, Henri d'Origny, a new model of the Cape Cod watch was born. It was originally supposed to be a square clock, but Henri's creative flights of fancy ultimately led to a rectangular shape. He also opted to soften the resultant angularity of the piece with “anchor chains” - a motif first devised by Robert Dumas in 1938. The resulting partnership of austere and daring forms has this year found new life once more: now carved from obsidian - a grey, vitreous, volcanic stone - or sandblasted, gilded, and lacquered, and adorned with stunning diamonds. 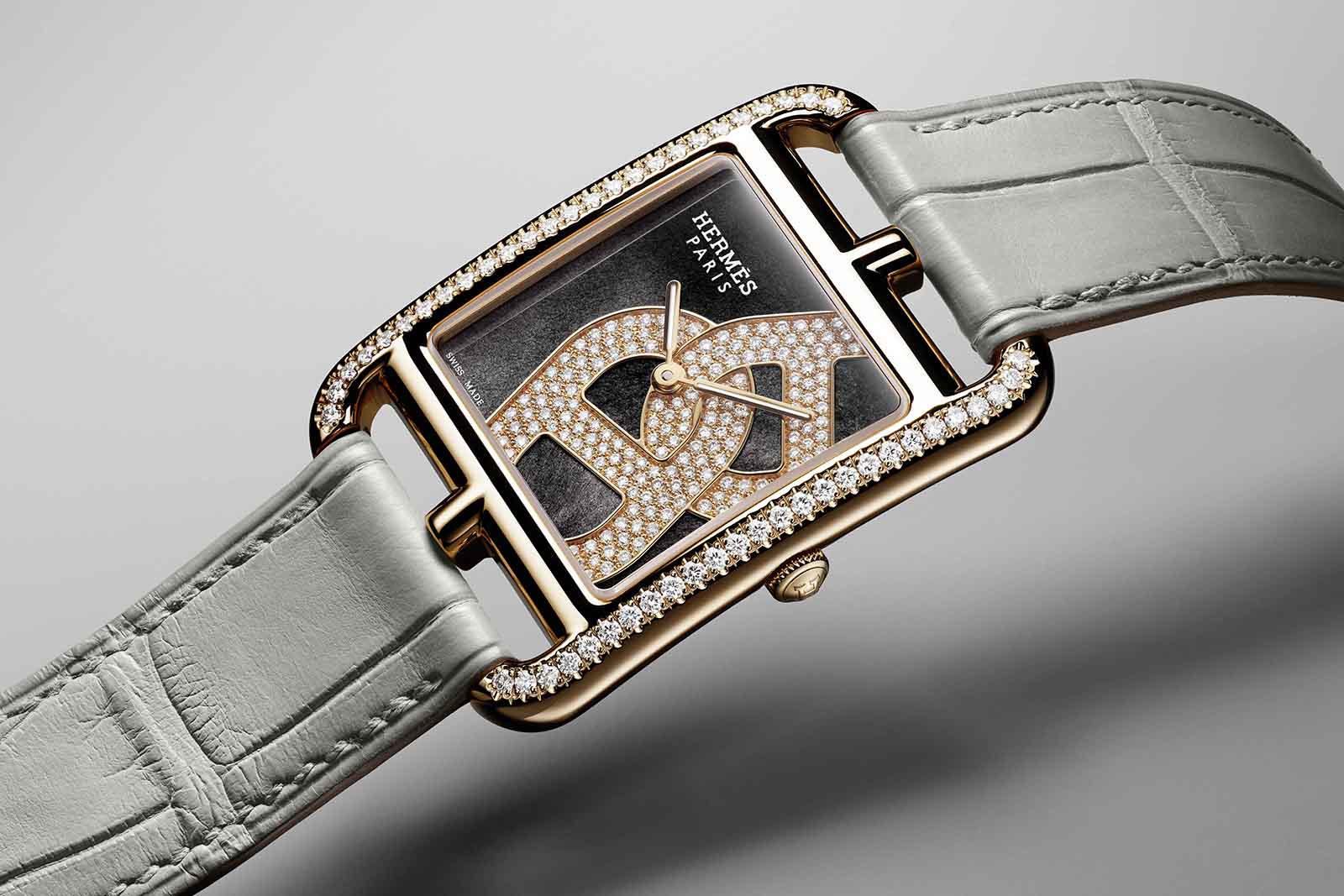 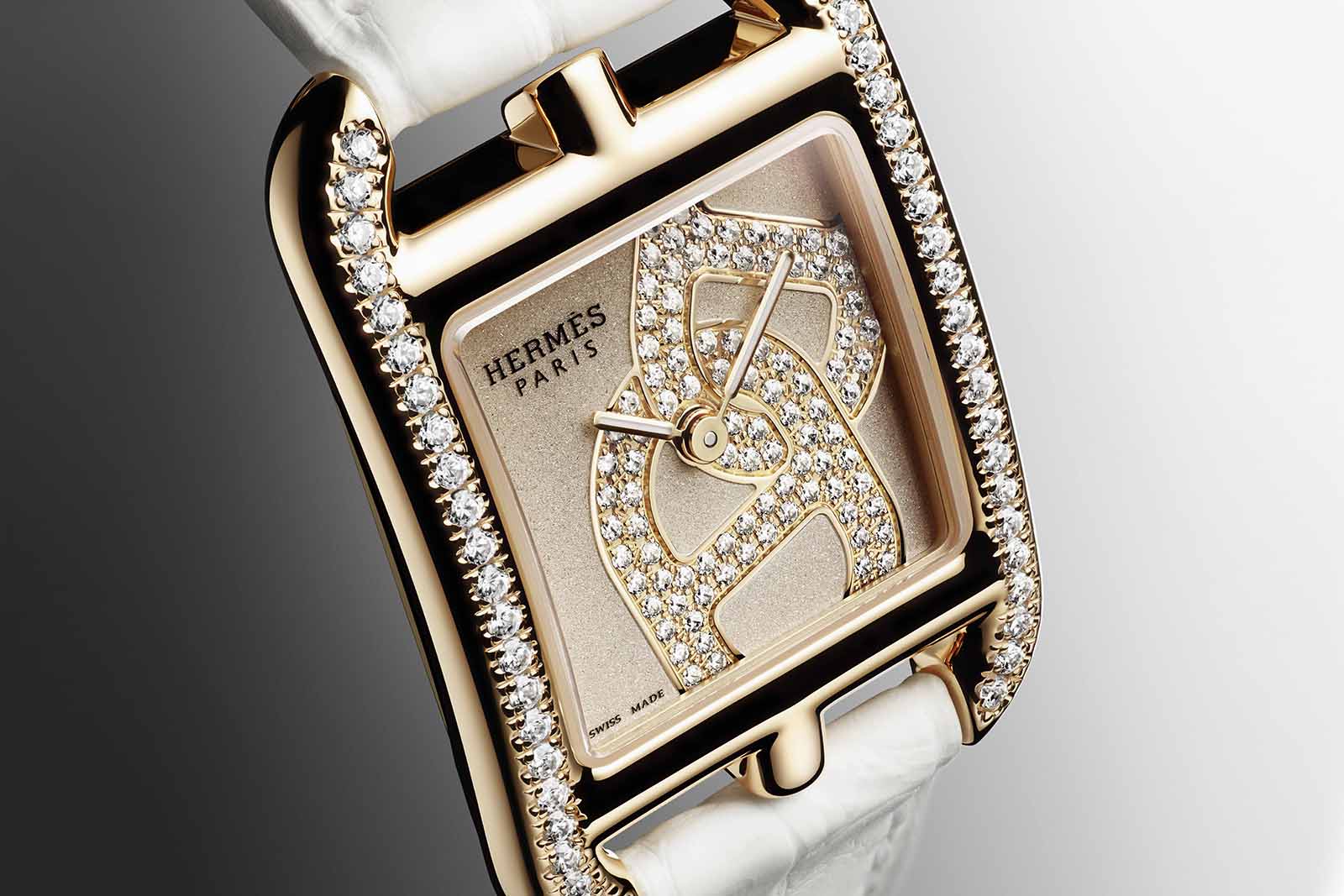 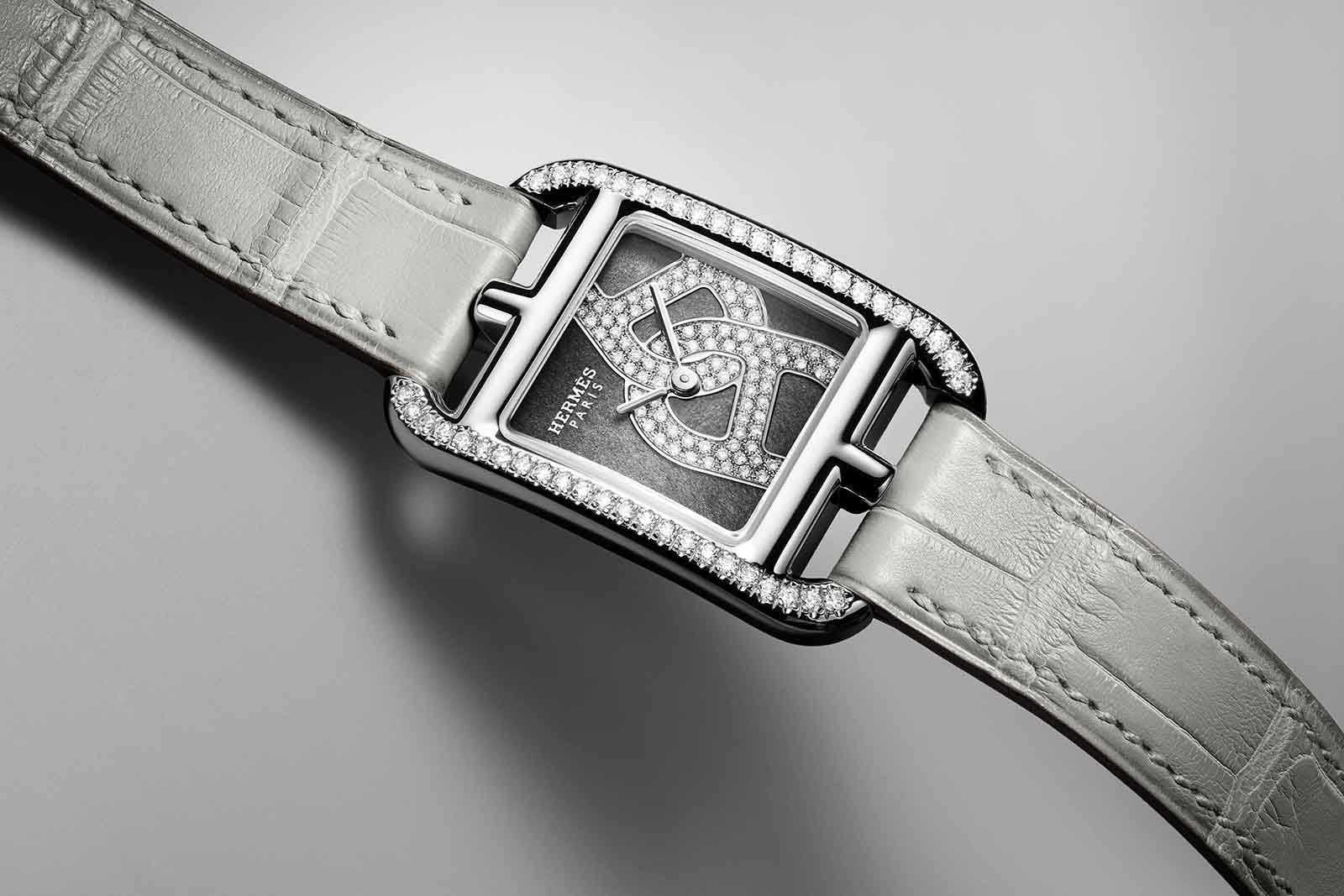 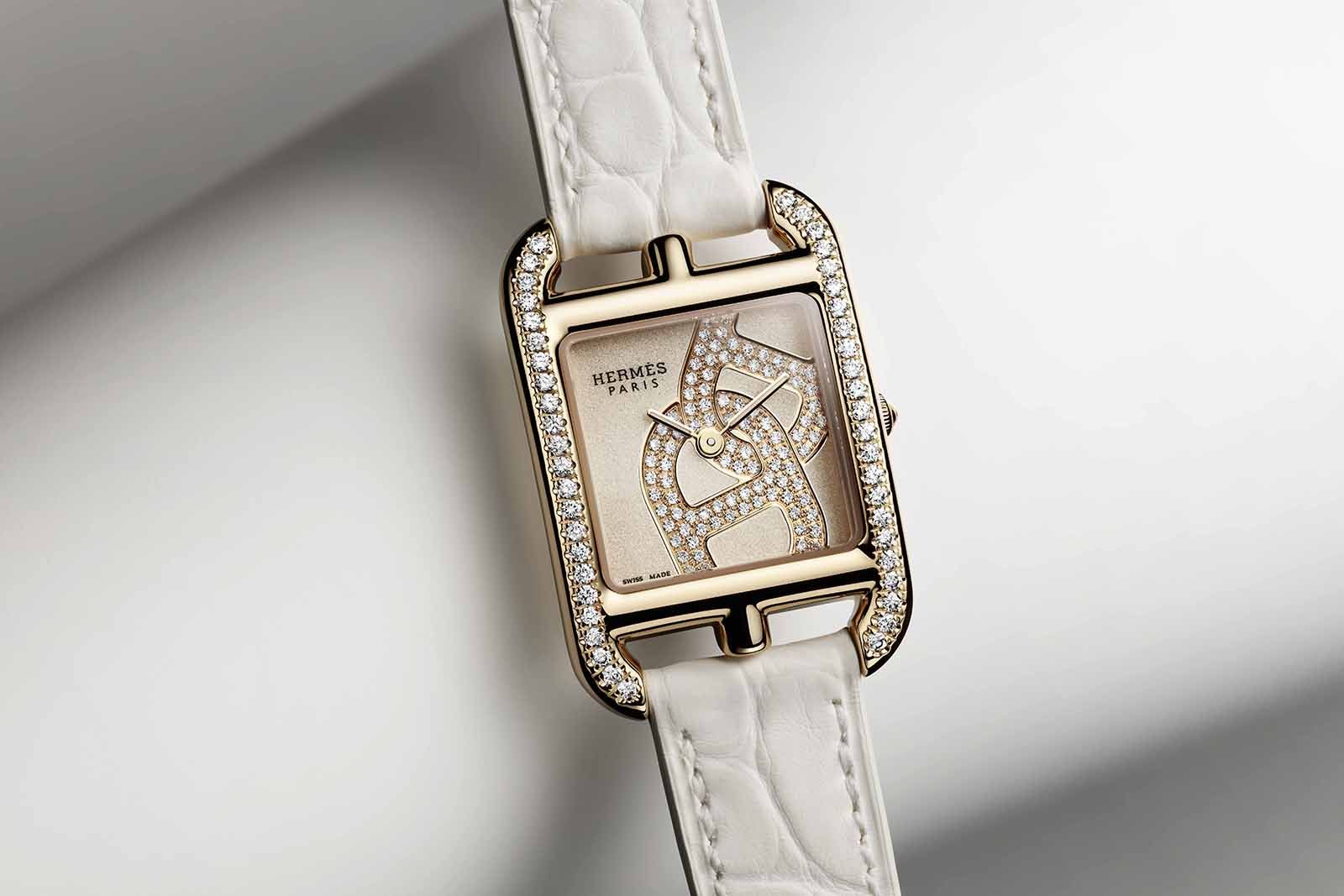 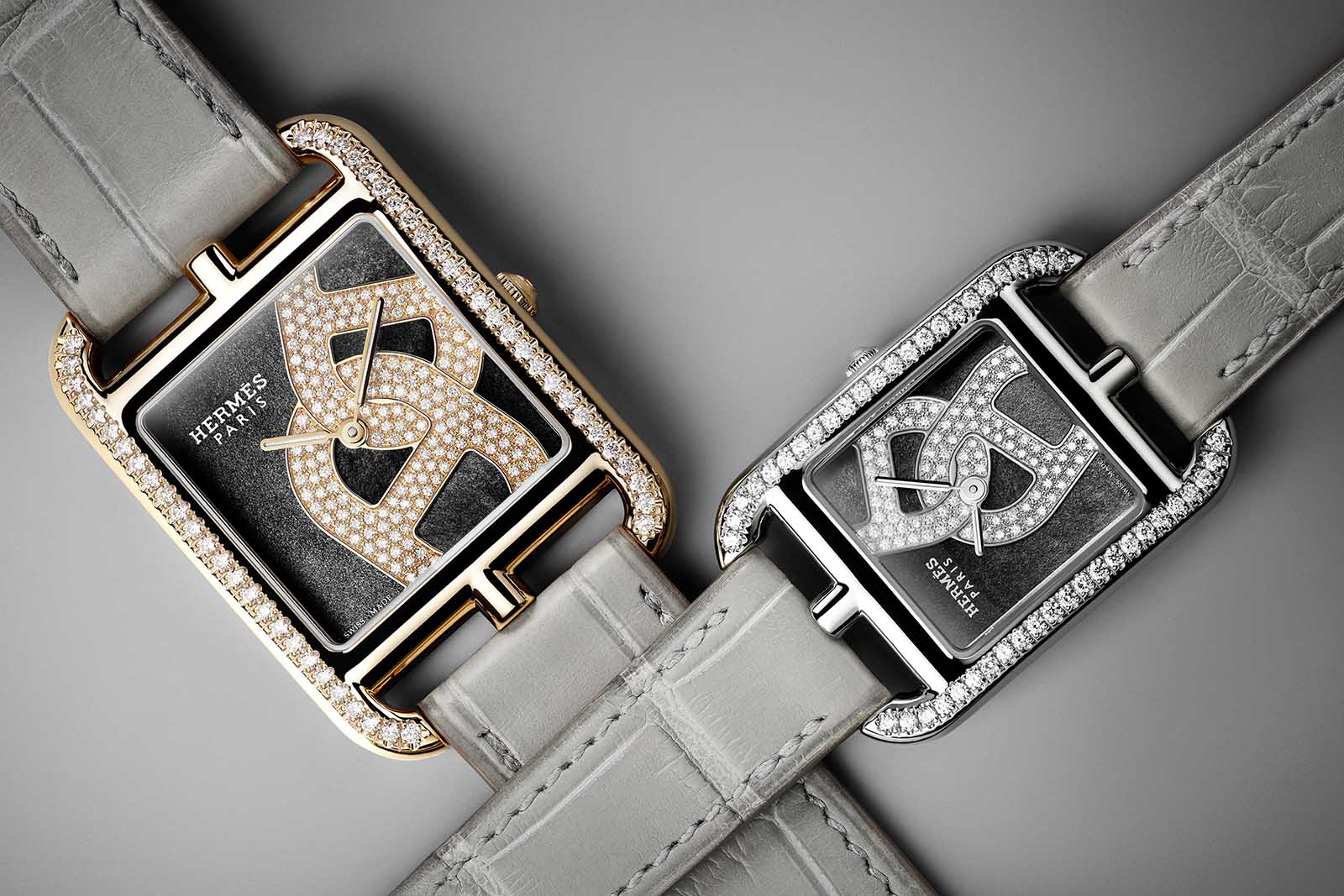 In 1931, the first Reverso model captivated watch connoisseurs with its elegant Art Deco lines, which have subsequently been reimagined time and time again. In 1933, Jaeger-LeCoultre equipped the piece with a black lace strap, comparing it with a “little black dress”, and in 2021, a flexible bracelet made of gold and diamonds, harmoniously continuing the lines of the case that is already lavishly adorned with pavé diamonds. The new version of the watch is equipped with two dials, each of which displays the time in its own way: mother-of-pearl with Arabic gold numerals and onyx with diamond bars. Using an incredibly complex movement, the hand-wound Jaeger-LeCoultre calibre 844 simultaneously rotates the hands of both dials but in opposing directions. 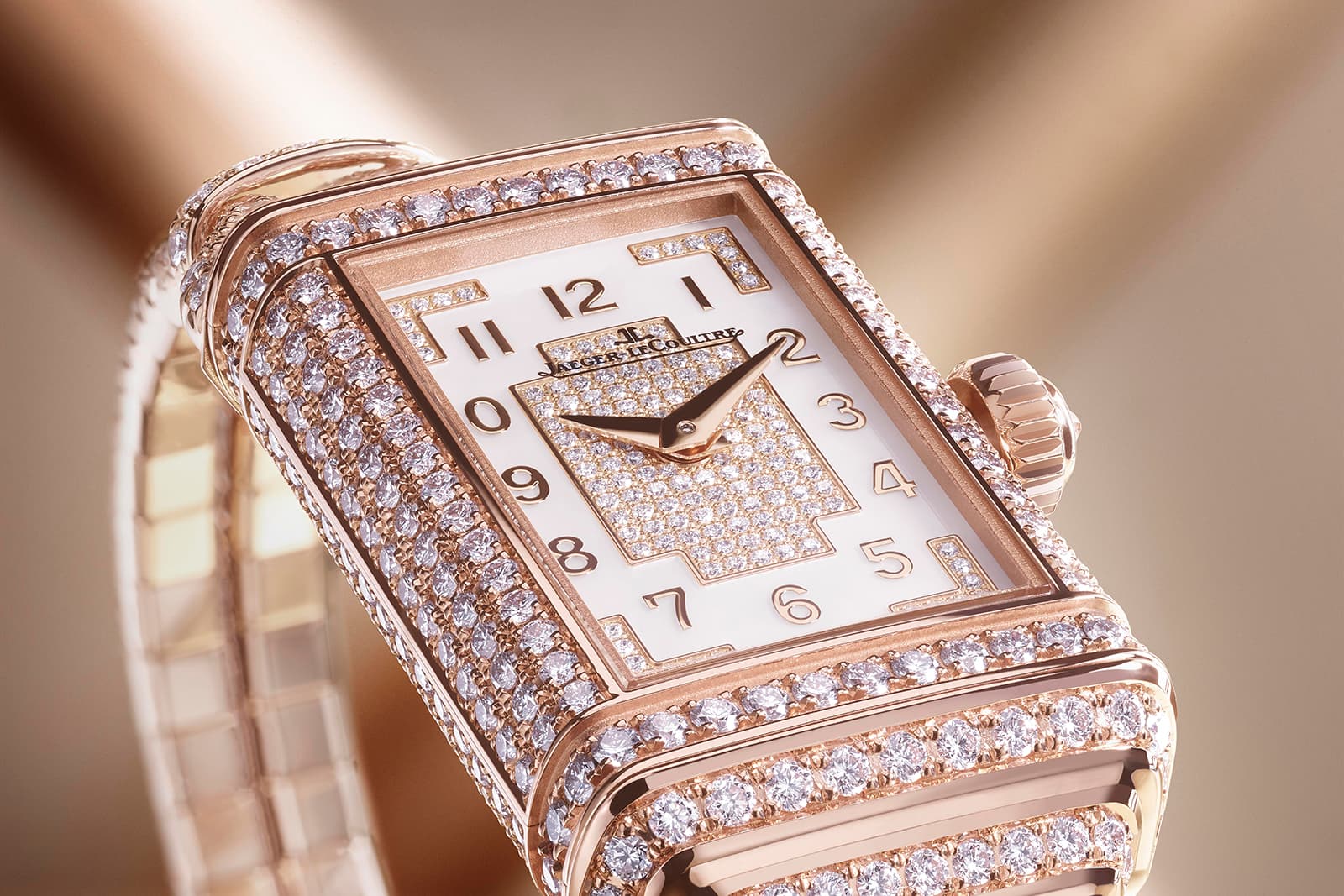 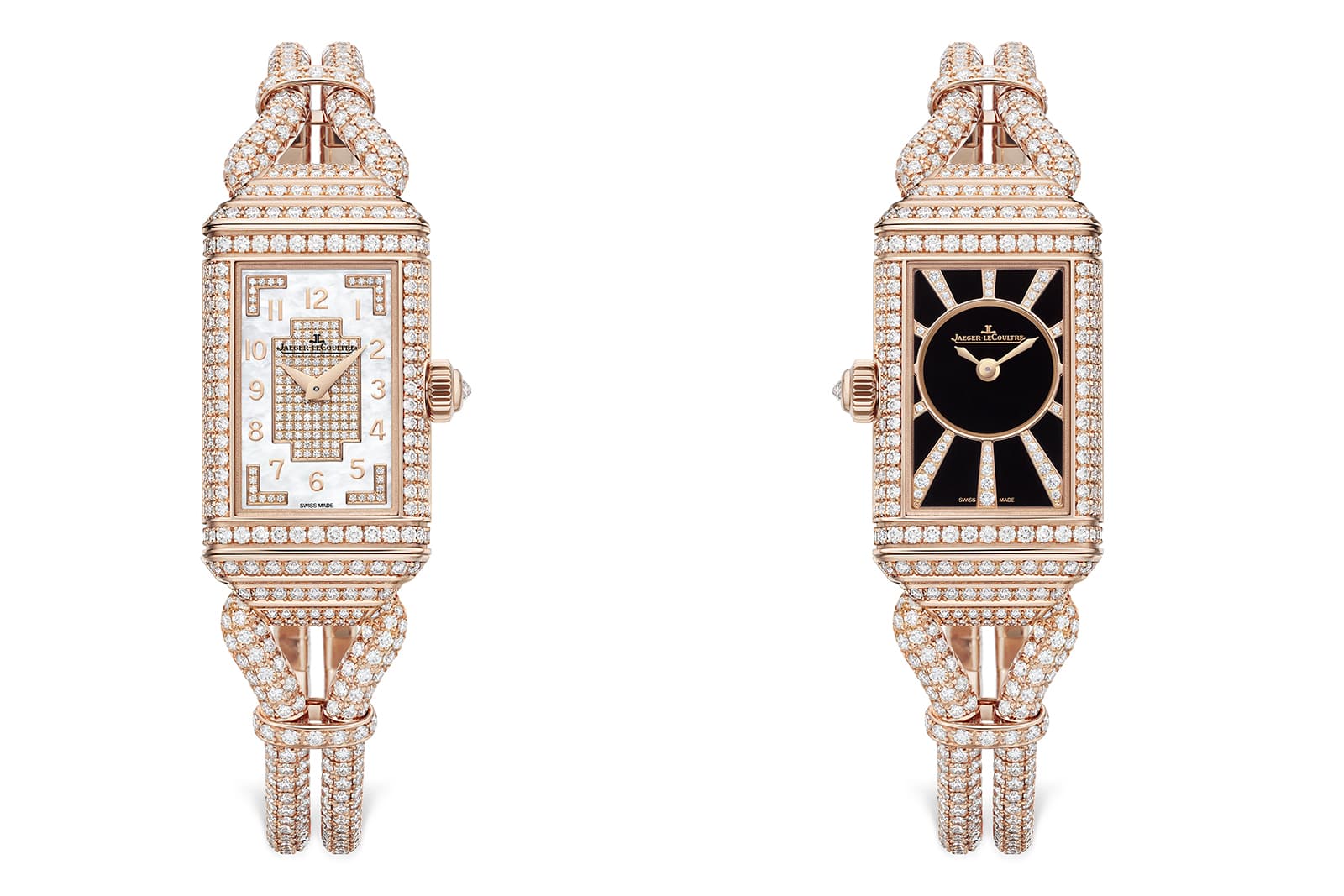 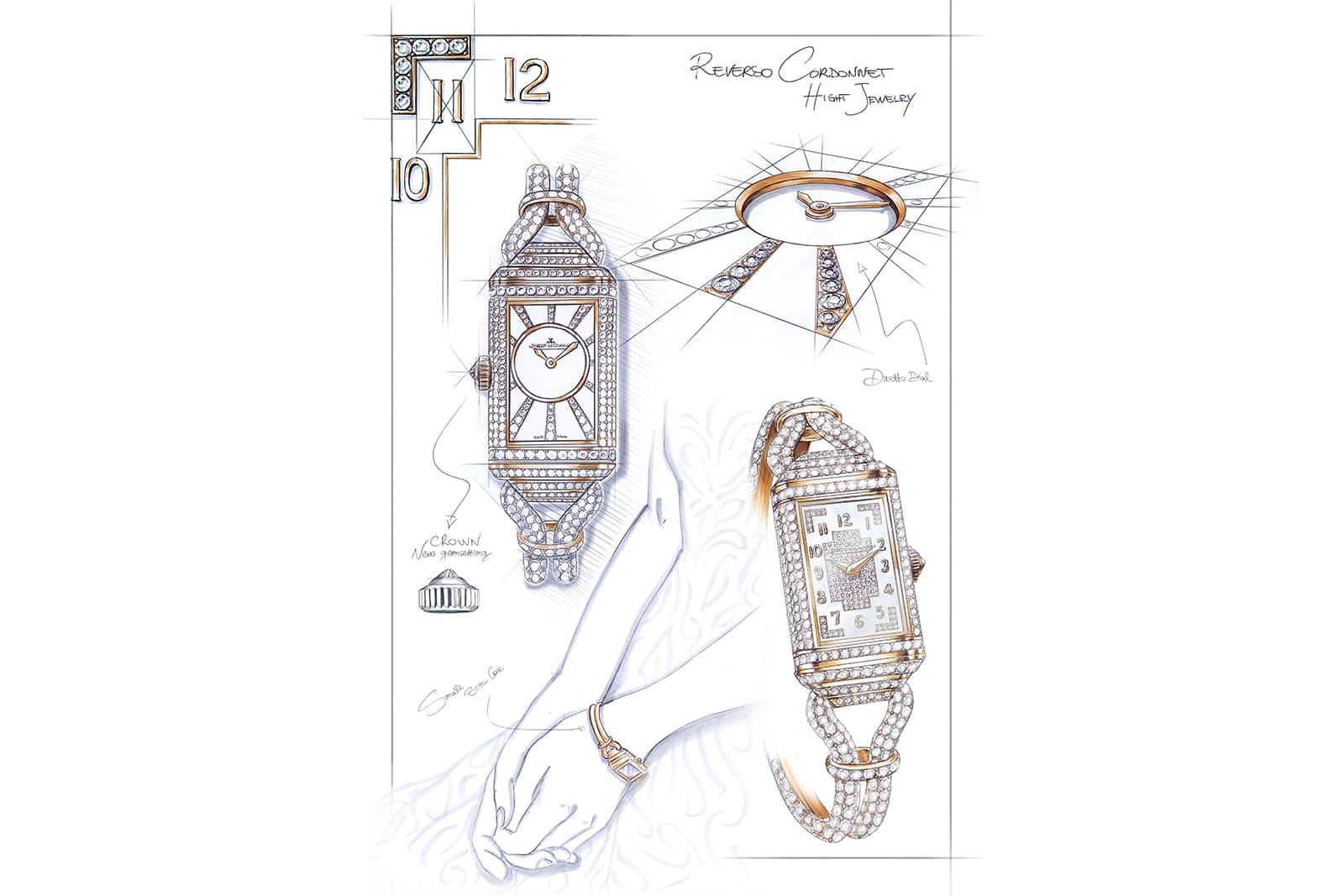 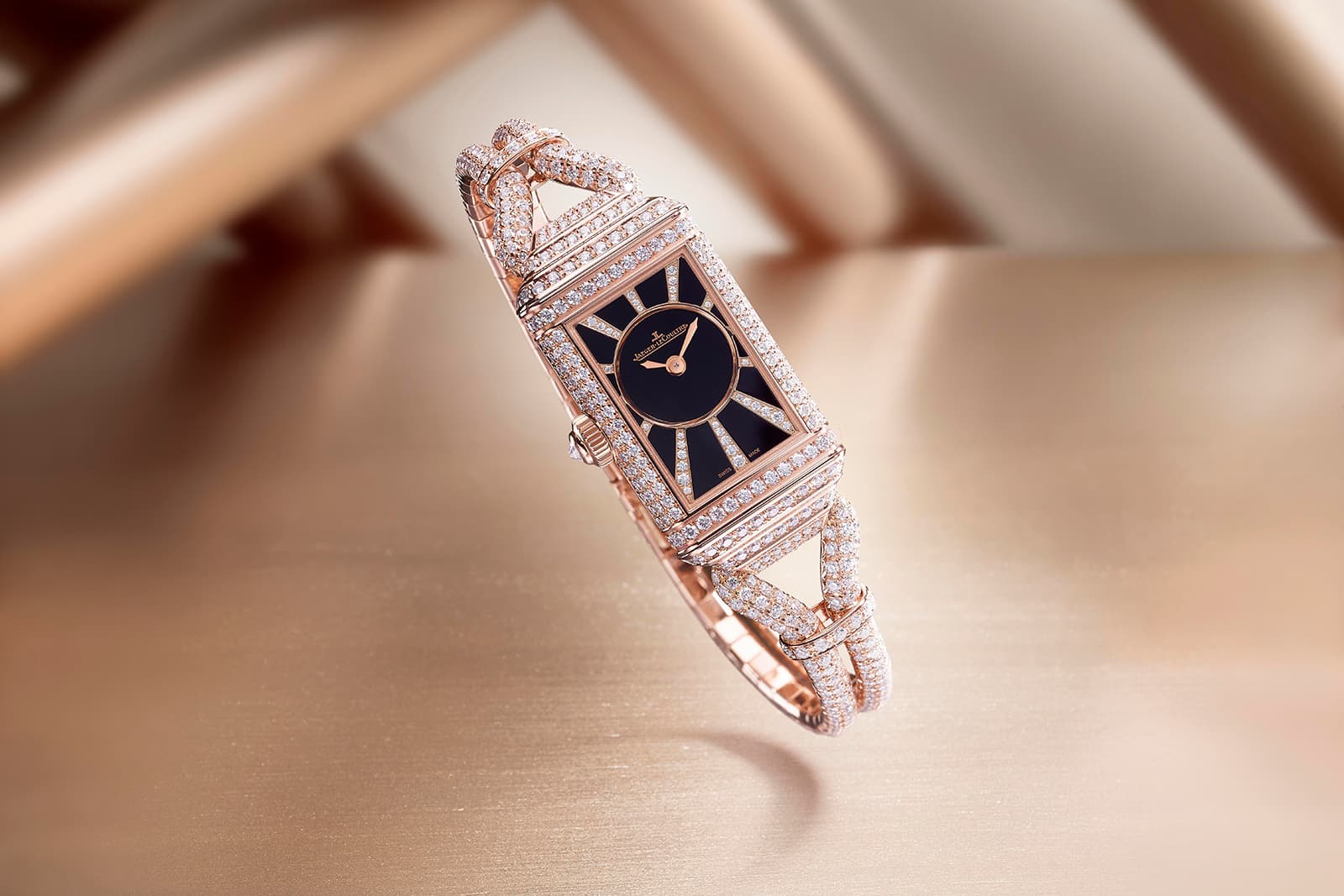 In 1979 for the very first time in history, the House of Piaget gave one of its models the official name the Piaget Polo, taking this moniker from the eponymous sport and accompanying stylish lifestyle. The iconic Piaget Polo design has undergone several reincarnations in 2021. First of all, the world saw a new high jewellery model in white gold and with a diameter of 36 mm. The piece is completely encrusted with precious stones. The collection’s signature cushion-shaped dial is reimagined with diamond pavé, a diamond bezel and diamond indexes. Piaget treats the new model with special reverence and describes it as “a model of excellence in both women's luxury watches and sports watches”. The French jeweller has also introduced a number of other updated versions of the Piaget Polo, offering “sophisticated elegance for everyday life”. In these other examples, the use of diamonds is much more modest, ranging from a thin bezel around the dial to a more luxuriant fully encrusted dial. 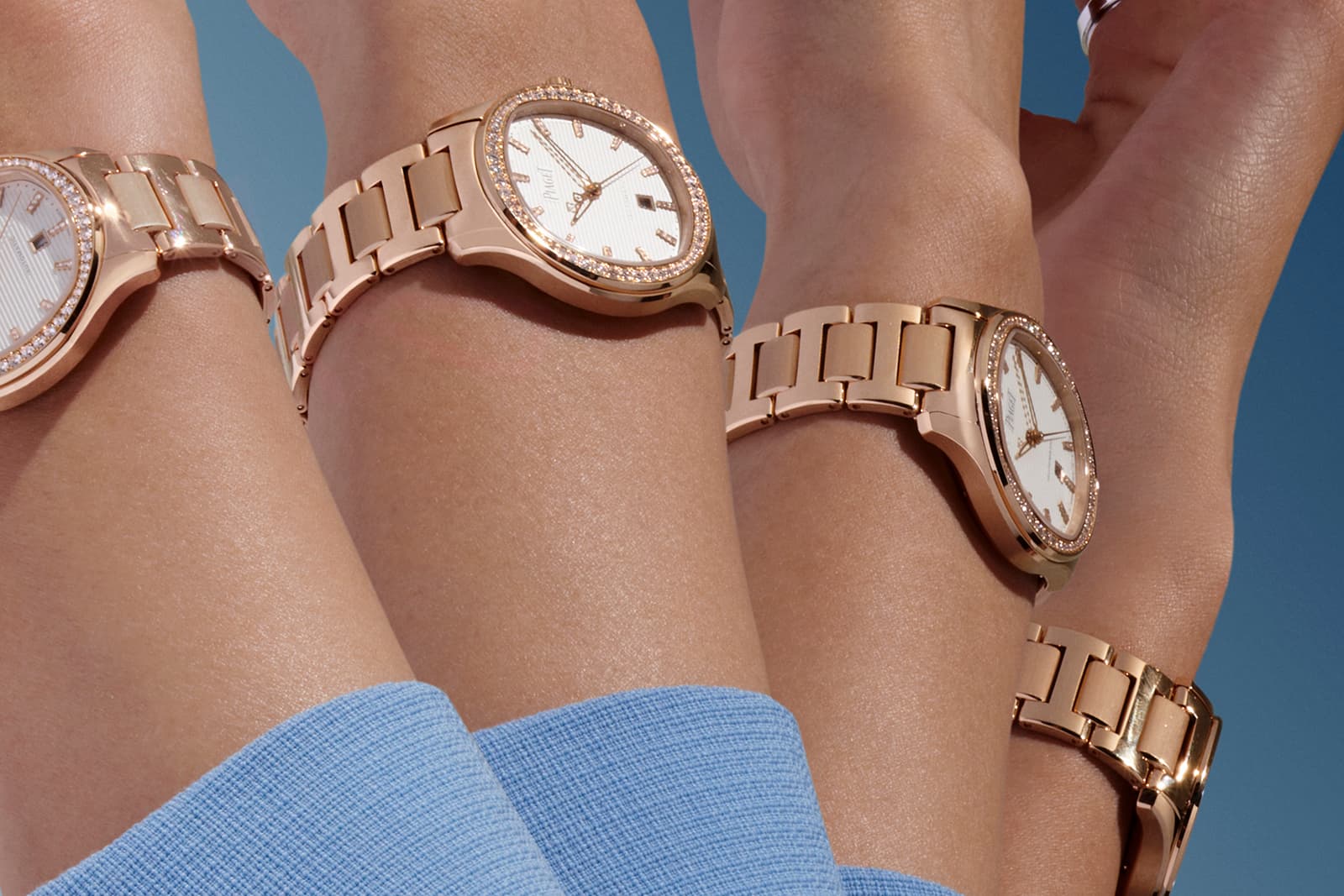 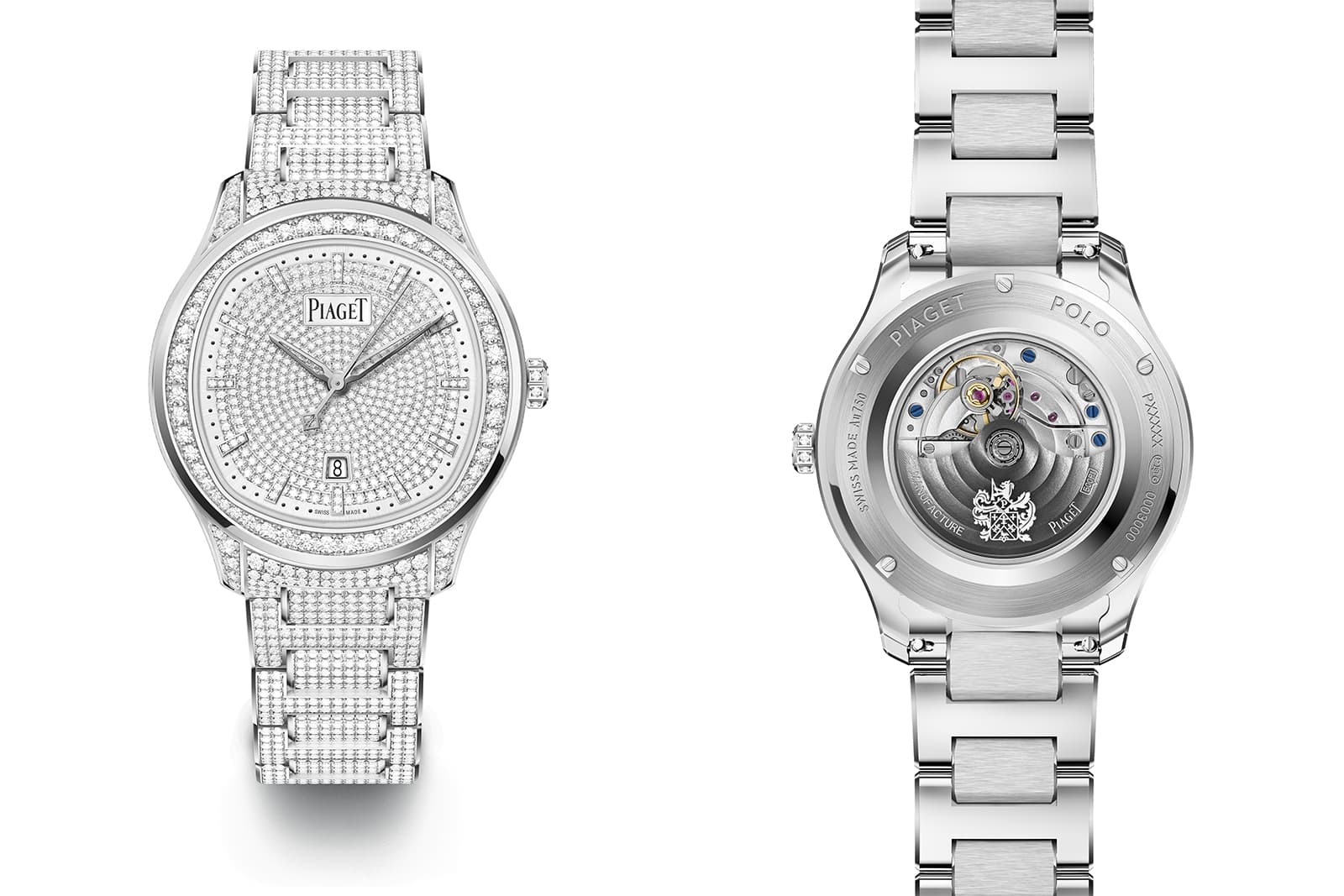 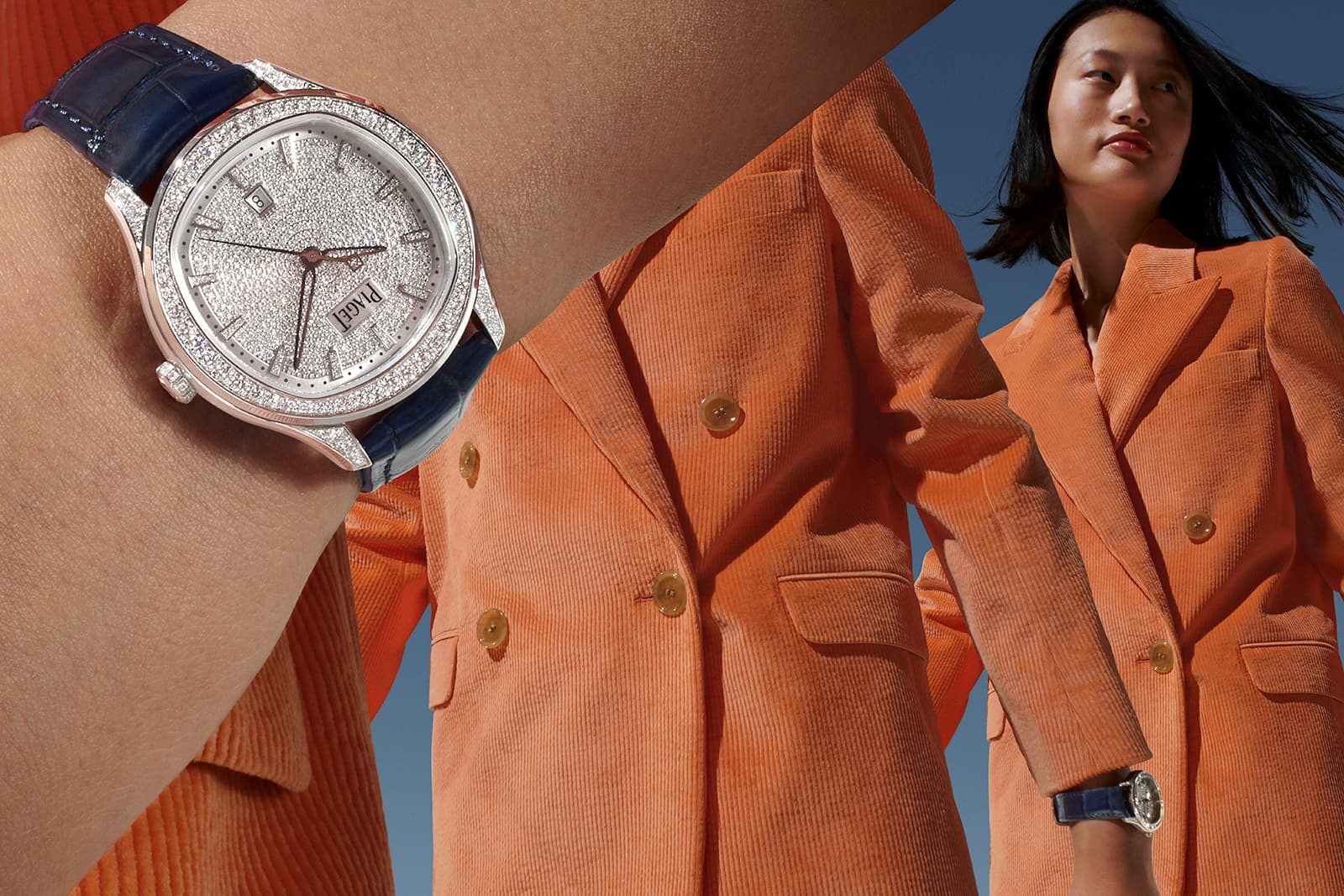 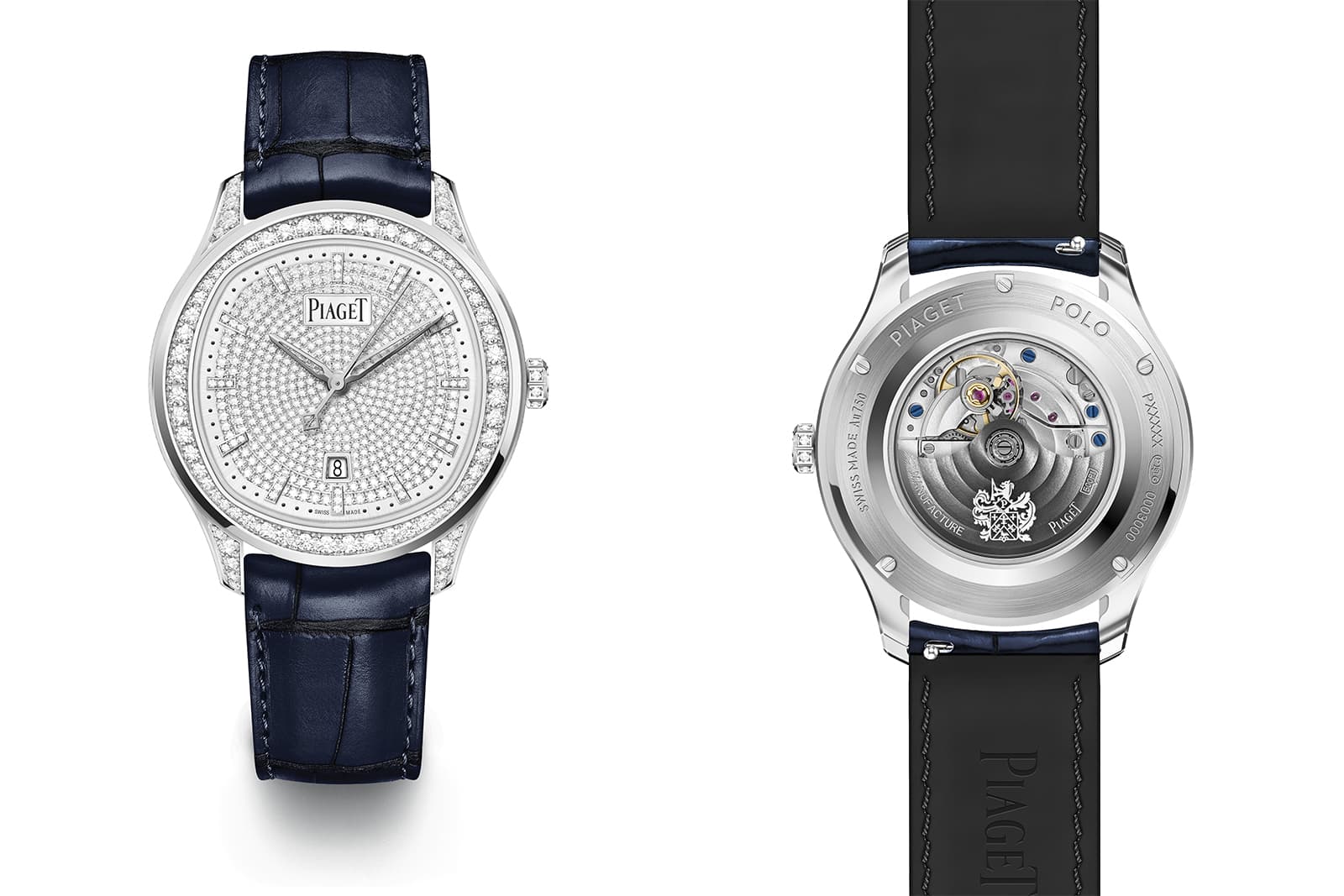 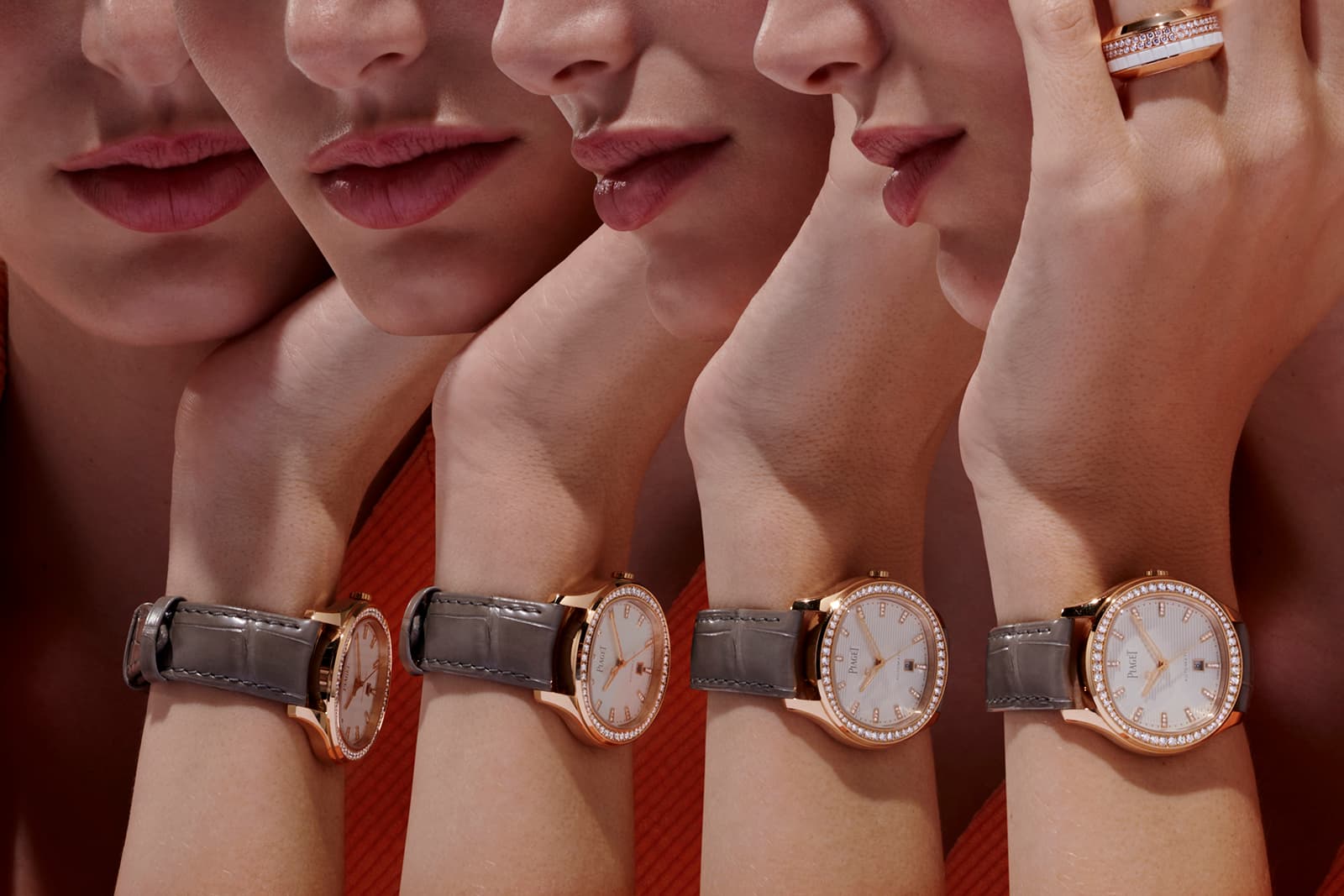 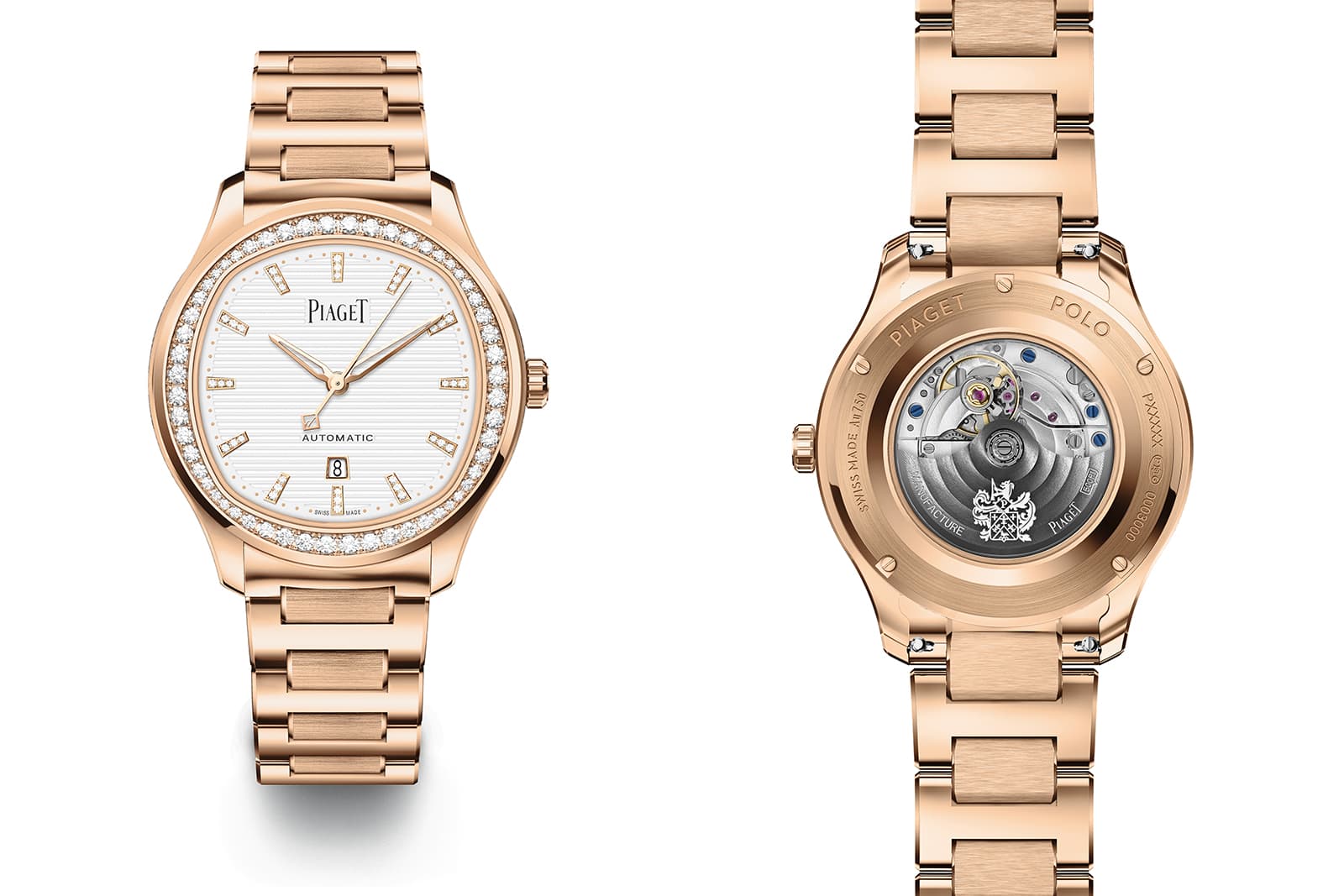 Would you like to enjoy a waterfall made up of 32 carats of diamonds? Then you should see the new Piaget watch, which consists of hundreds of beautiful white gold links with classic cut colourless stones. It is just this assembly that has provided the cuff bracelet with incredible flexibility, comparable to the softness of a piece of woven fabric! This iconic bracelet first appeared at Piaget in 1982 and has been used in the House’s most famous collections, including Altiplano, Limelight Gala and Possession. Another surprising feature of this new take on the Possession Cuff is the playful rotating diamond crescent bezel and fully encrusted dial. 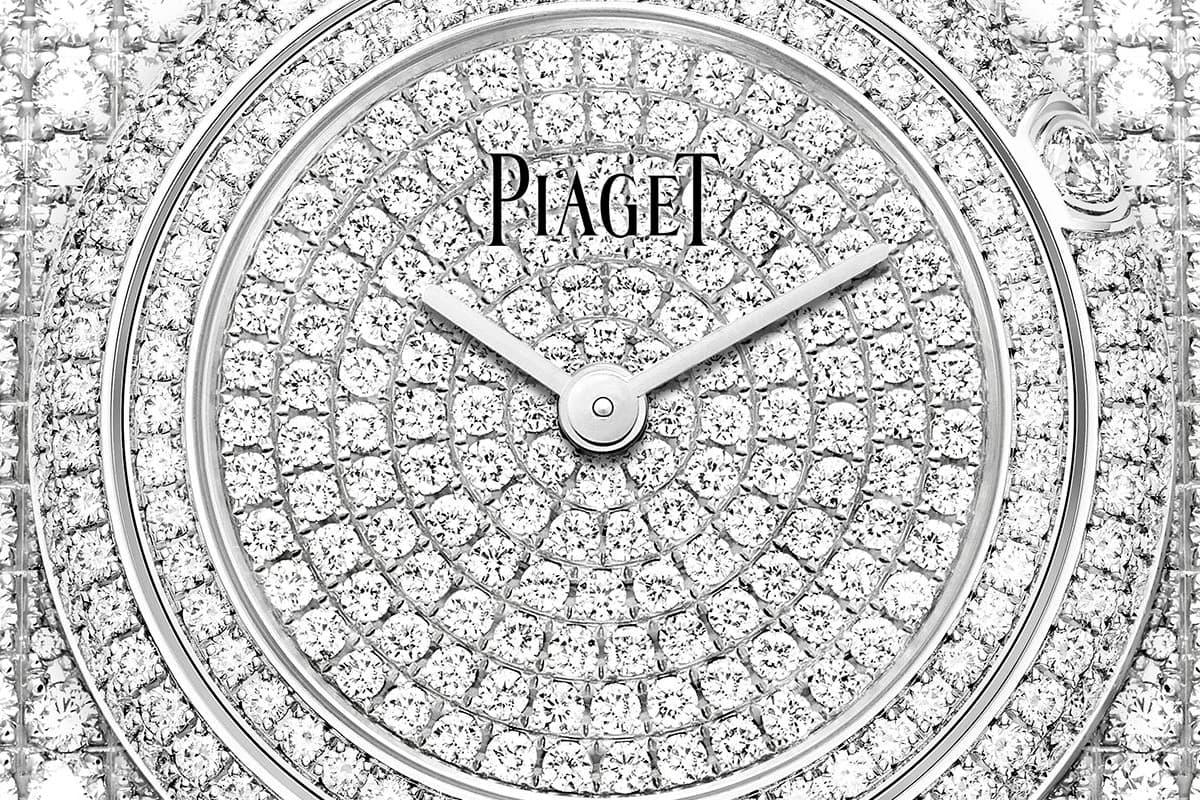 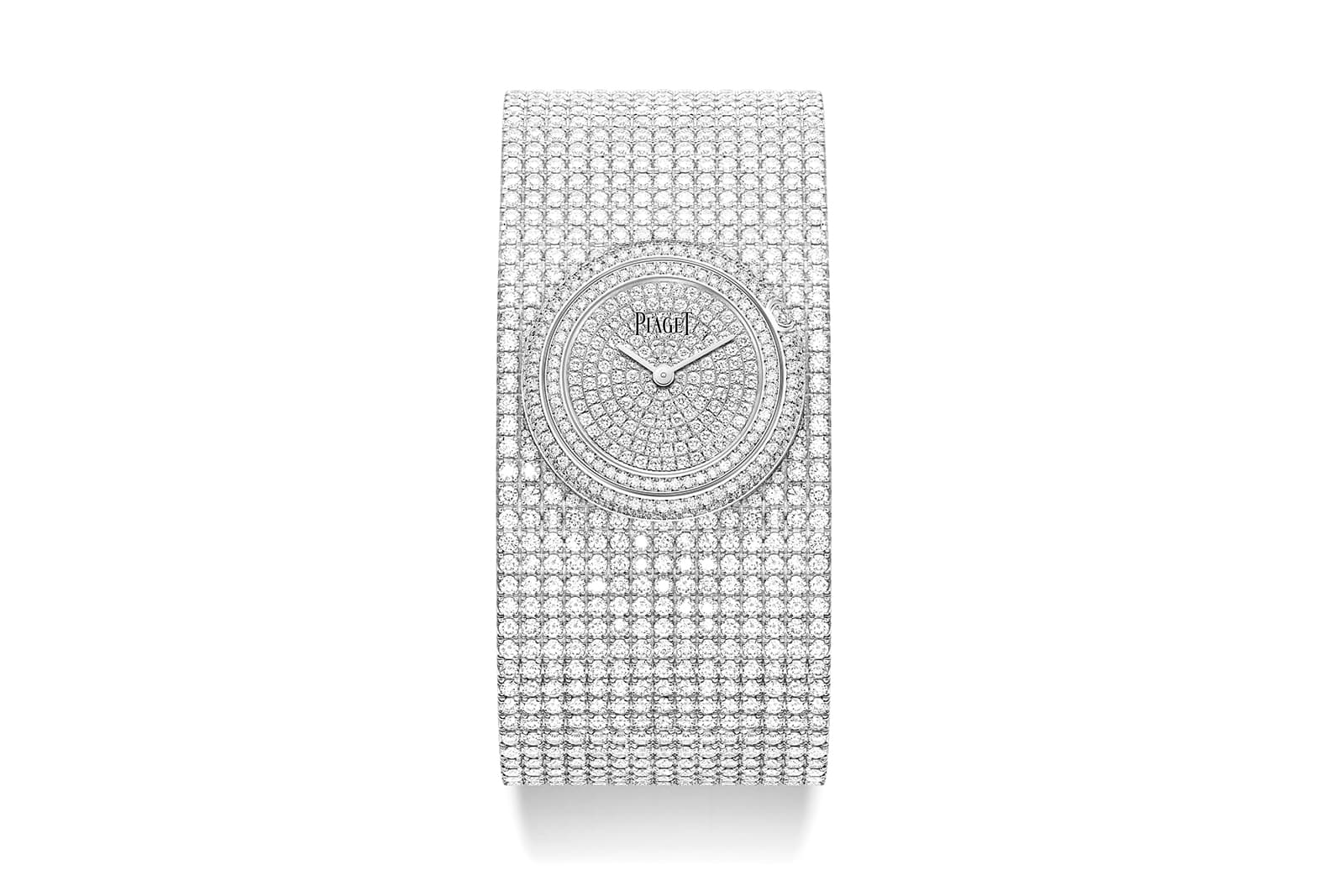 According to the long-established but very much unspoken rules of high jewellery art, each model that is presented is released either in a single copy or in a limited edition.