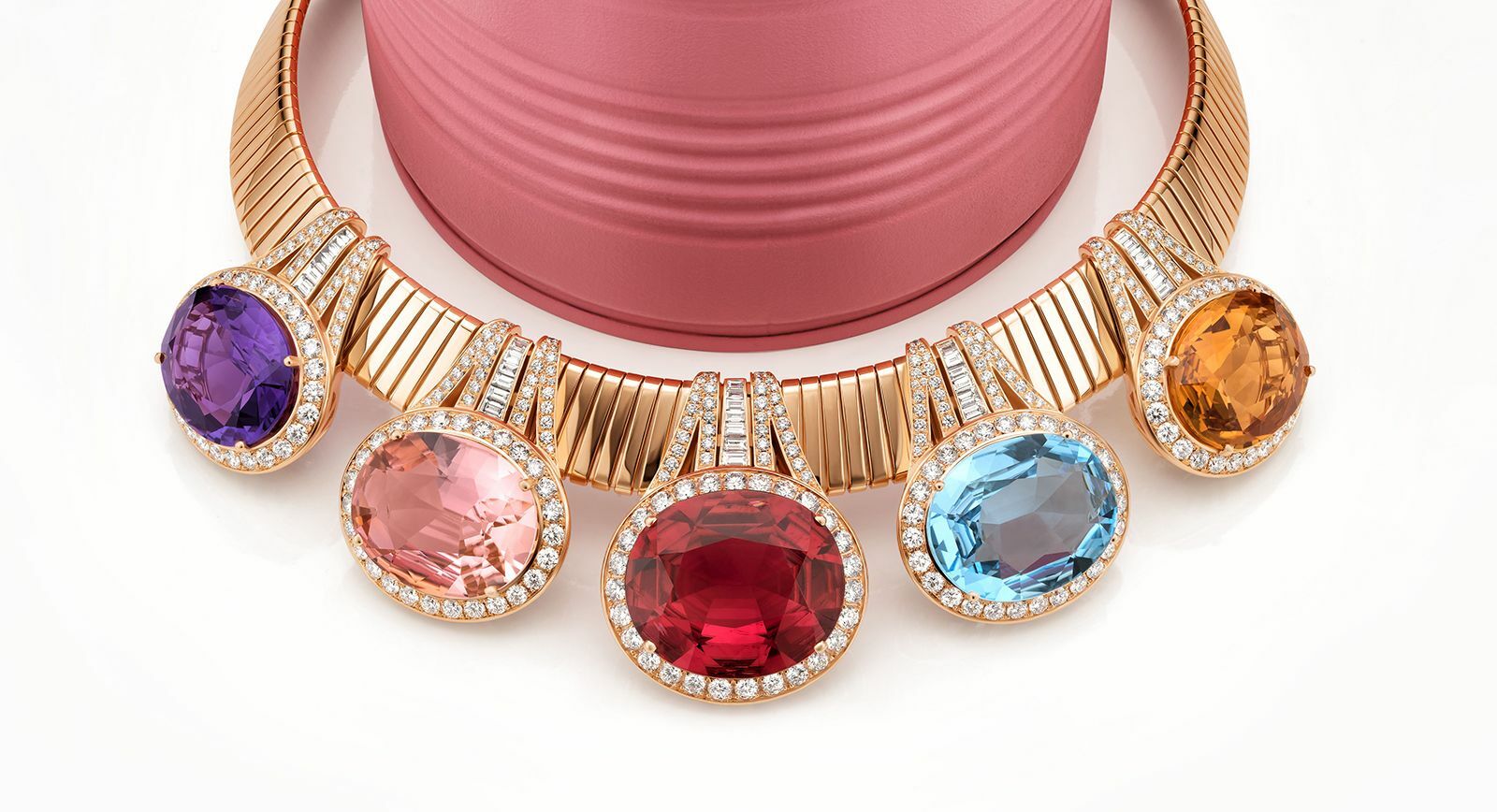 Fine jewellery is one of the many facets of art; paintings, sculpture and even furniture have a symbiotic relationship with jewellery and its designers. Creatives across all mediums are influenced by one another, and within fine jewellery these expressions of creativity mirror those from a vast array of artists. In this article, I want to examine a selection of fine jewellery houses and brands – from doyens of the industry to emerging talents - who have been influenced by artists, and who go on to create designs which aesthetically parallel their favourite artworks.

Bulgari’s tribute to the energy, bold colours and irreverent humour of Andy Warhol’s art is the ‘Wild Pop’ collection – inspired by the 1980s in general – but with a sub collection named after the icon of pop culture himself. “I wanted to come up with something on the theme of this fantastic dialogue between Bulgari and Andy Warhol,” explains Lucia Silvestri, Creative Director at Bulgari.

The satirical iconography included in the collection – cartoon-like cats, synthesisers, and the most tongue-in-cheek of all: marijuana leaves – nods to the sense of subversive humour which is typical of Warhol’s art. The starkly contrasting gemstones and precious materials employed mimic the aesthetic of the era, while Bulgari combines these with kitsch motifs to create high jewellery novelties. 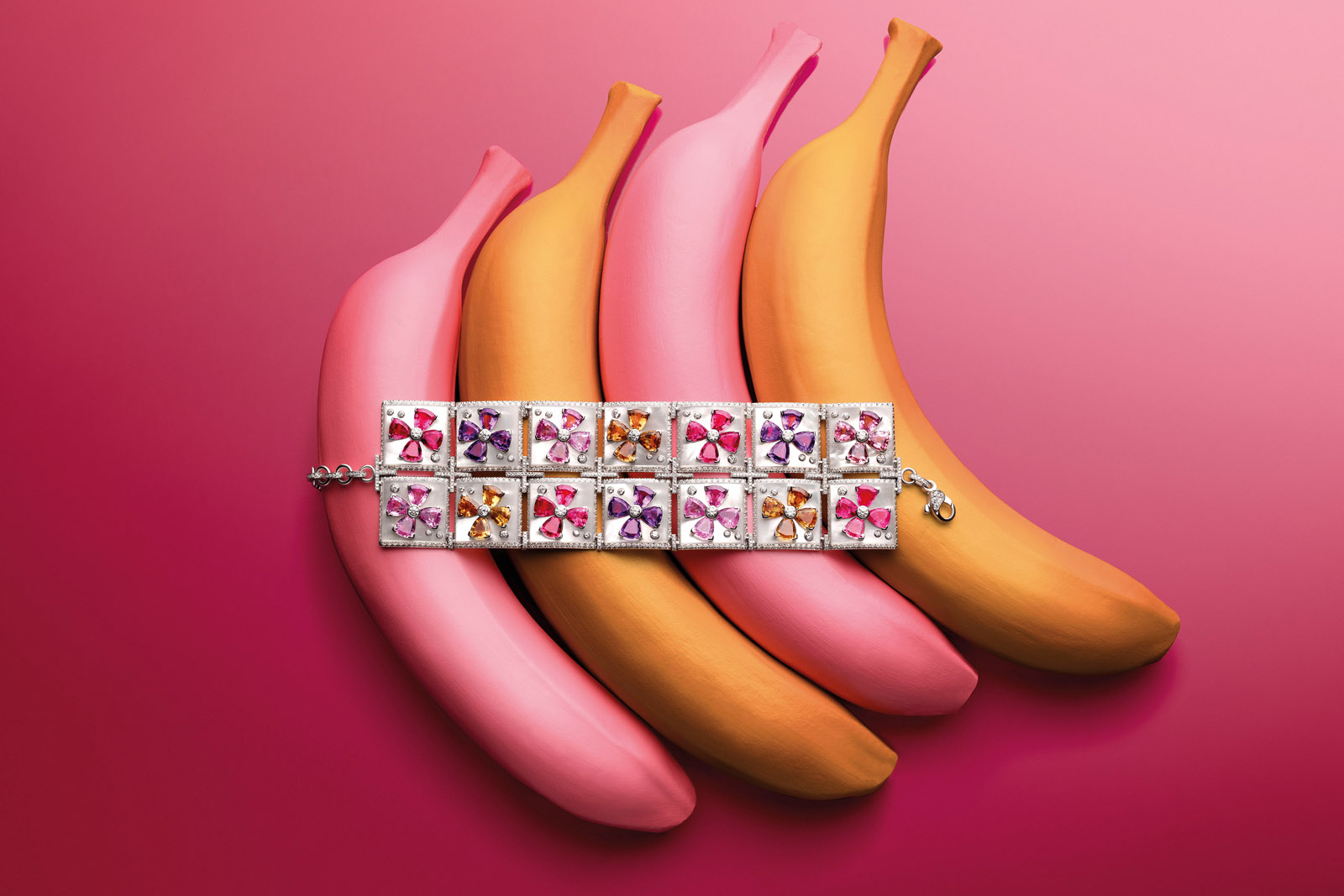 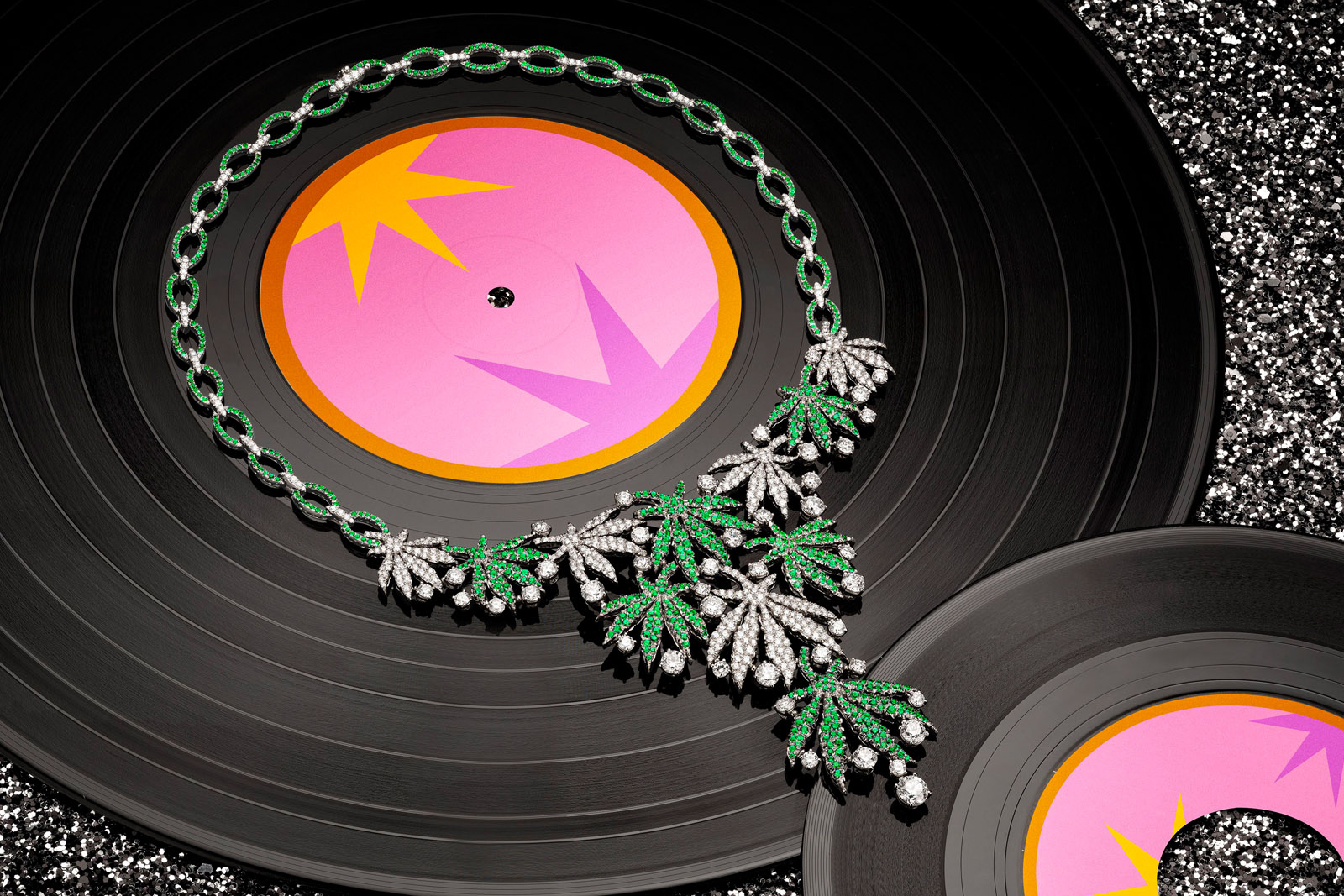 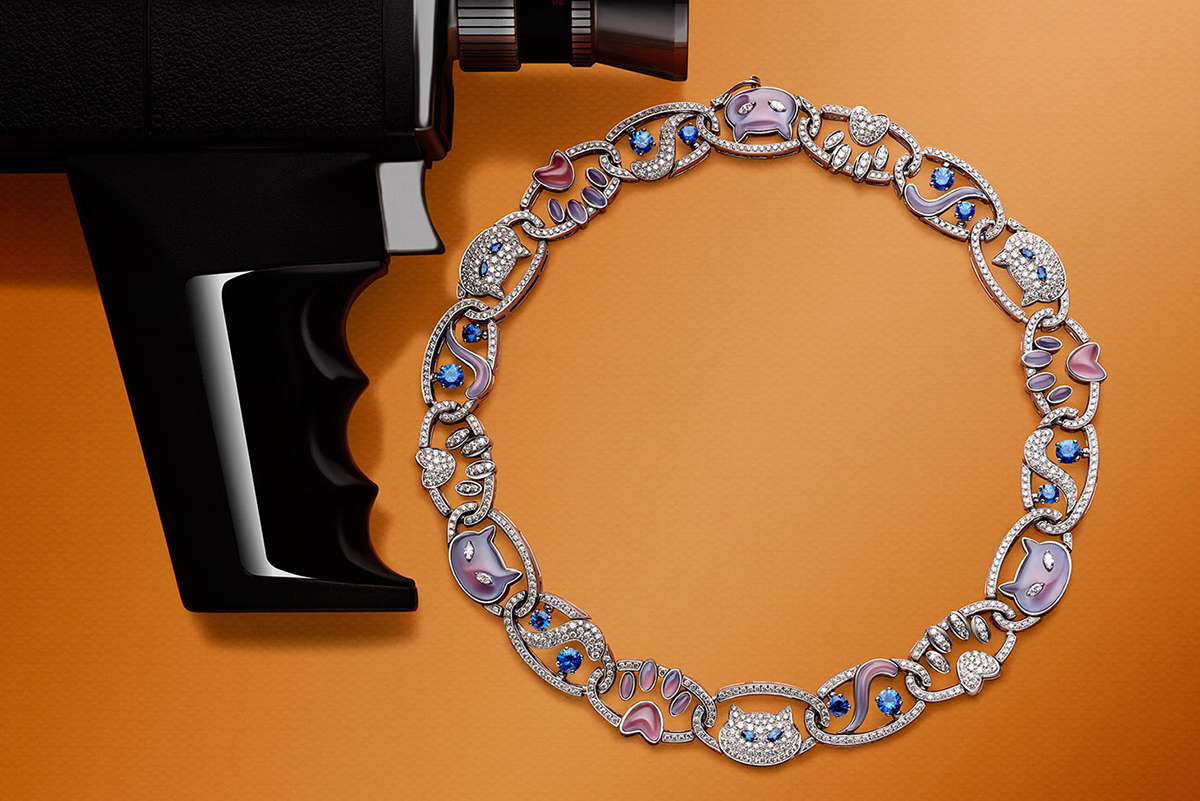 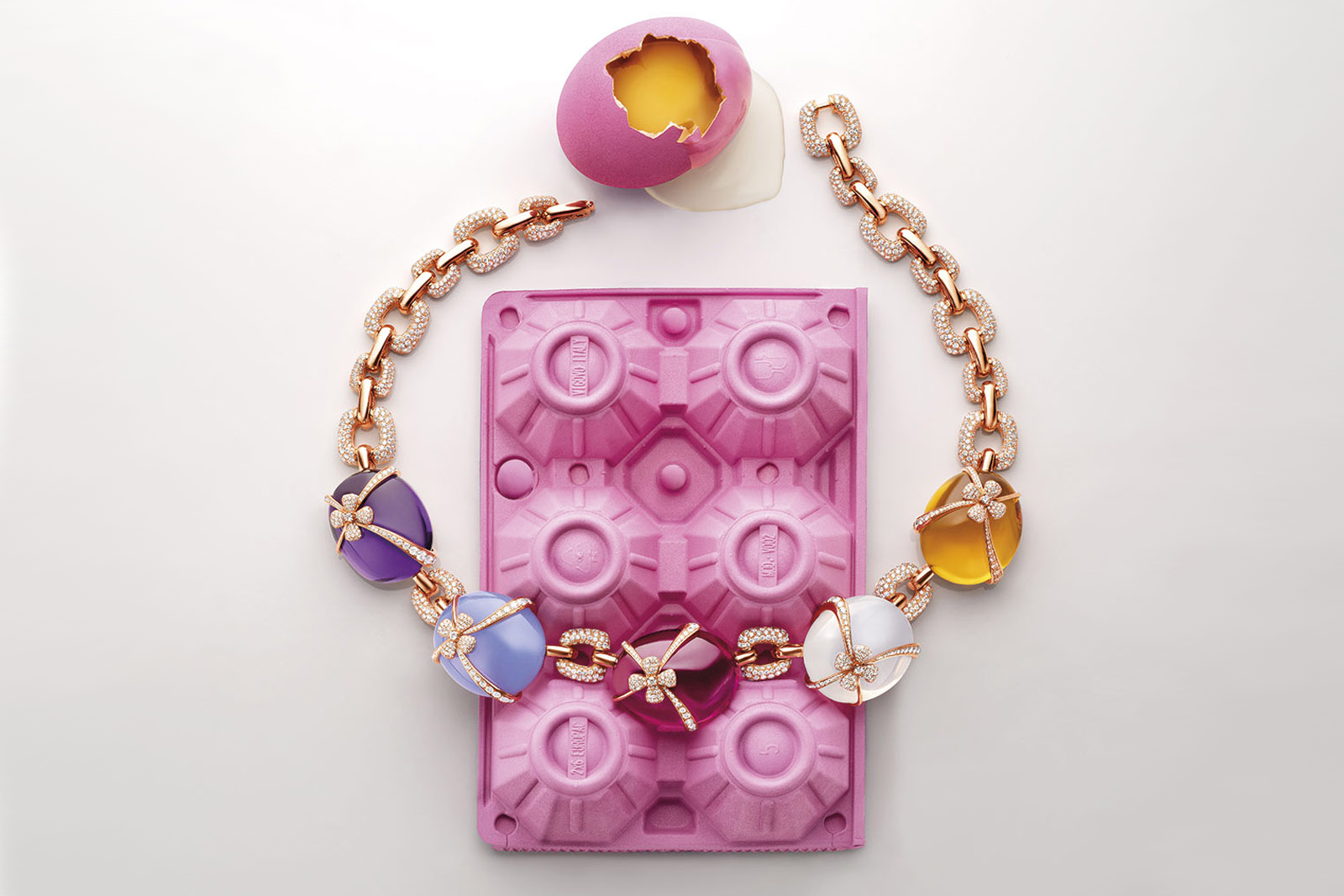 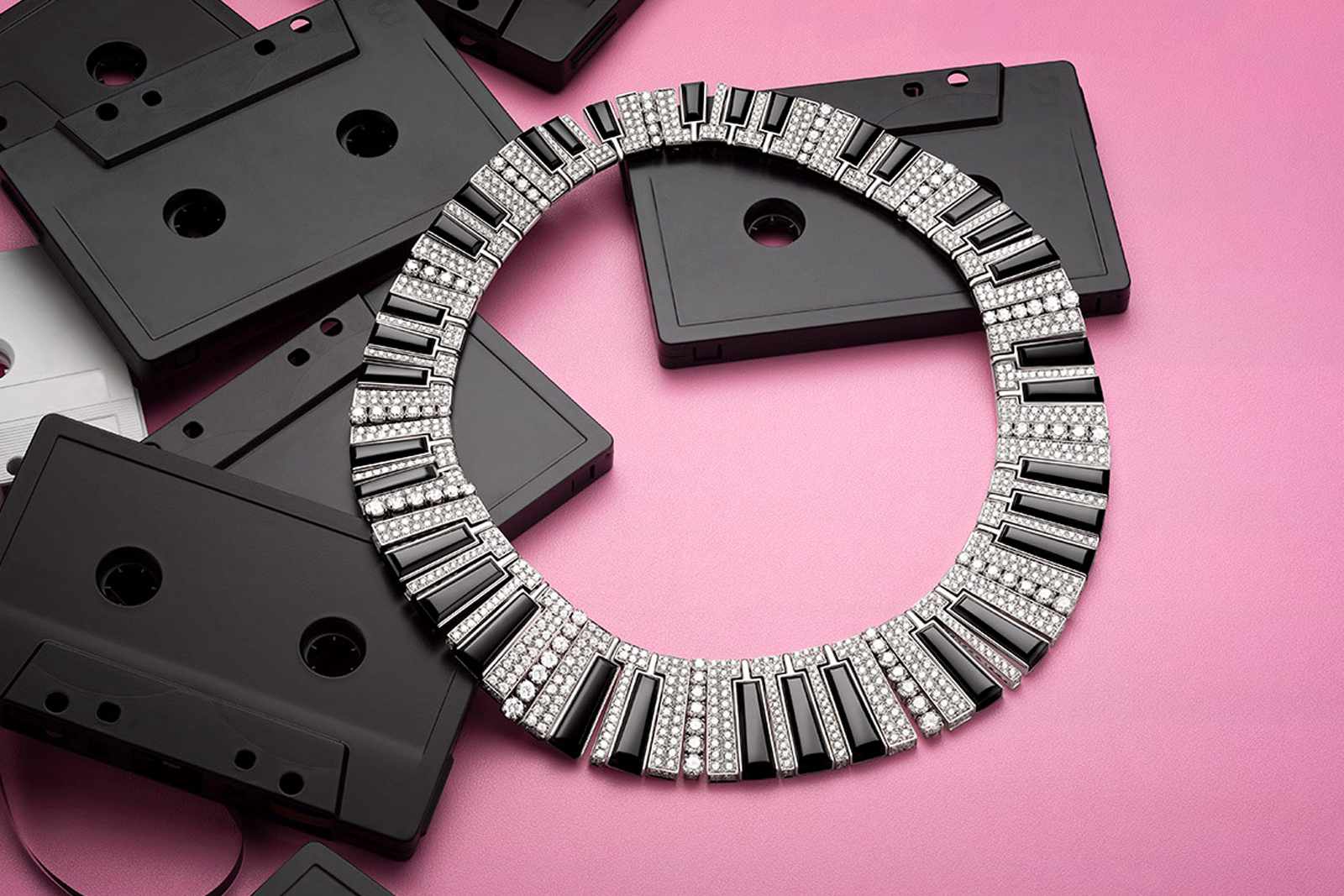 As well as being the founder of Graff, Laurence Graff OBE is a collector of 20th century masters, including Cy Twombly, as well as Warhol, Basquiat and Picasso. The abstract expressionism of these contemporary painters may seem surprisingly at odds with the classicism of Graff’s jewellery – which is known for incorporating some of the world’s rarest diamonds into traditional luxury designs. However, speaking of Cy Twombly et al he notes the root of his inspiration: “The grand canvases on which they paint intensely physical scribbles are filled with an urgent energy.”

Twombly’s art is much maligned, however Graff’s appreciation of the forms and colours within his paintings is transformed into high jewellery designs – with diamonds and rubies in earrings, necklaces and bracelets emulating the ‘Bacchus’ series of works. 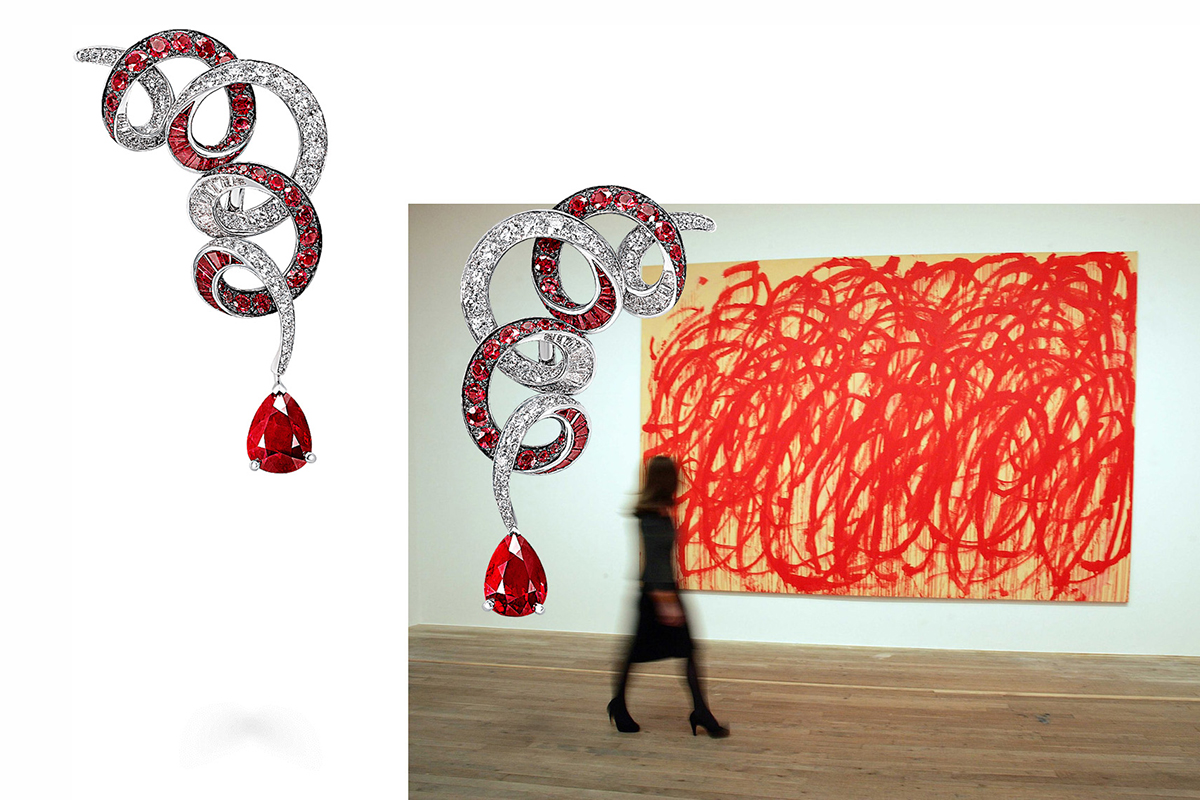 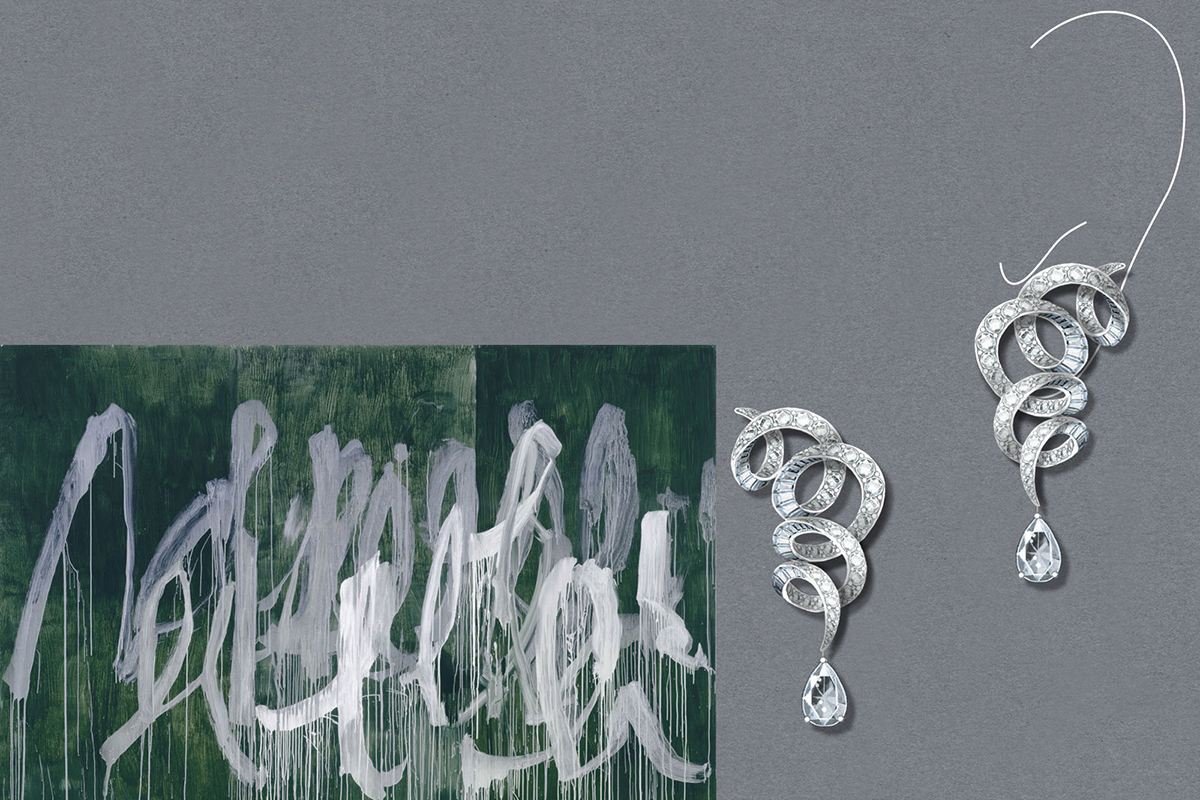 NUUN jewels’ latest collection ‘El Hada’ was directly influenced by the geometric shapes that are the main identifying motifs of the Memphis art movement. This movement which primarily produced furniture and objets d’art heavily inspired the pop culture aesthetic of the 1980s. Not only are the loud colour combinations of bright pastel tones found in both collections, but the ephemeral shapes and disregard for convention is the spirit which lies at the heart of both of these sets of artworks. 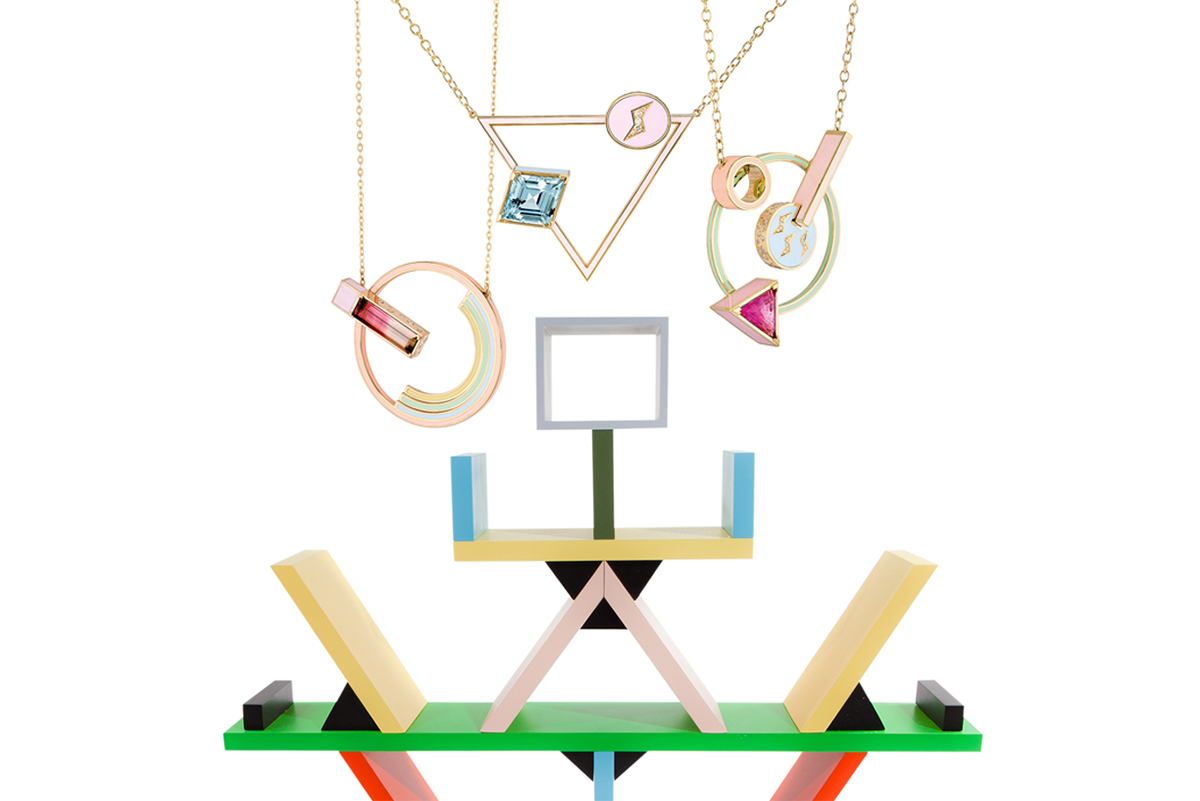 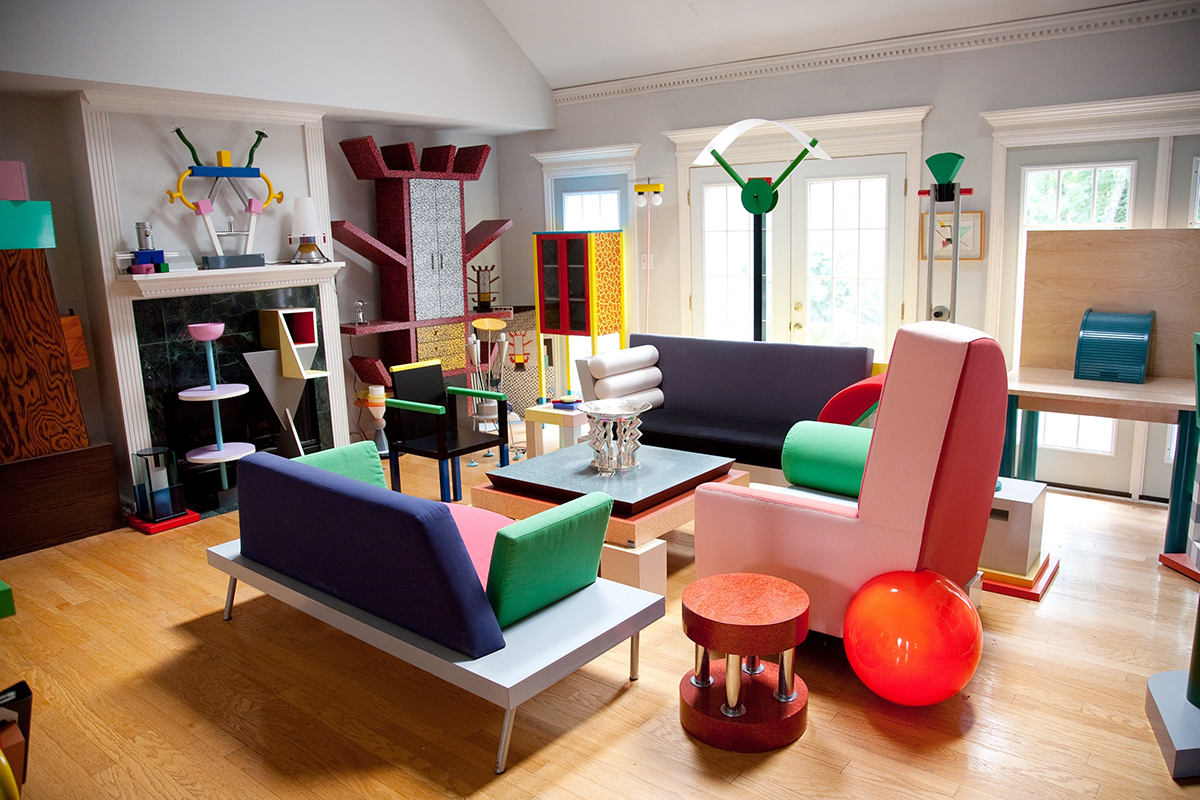 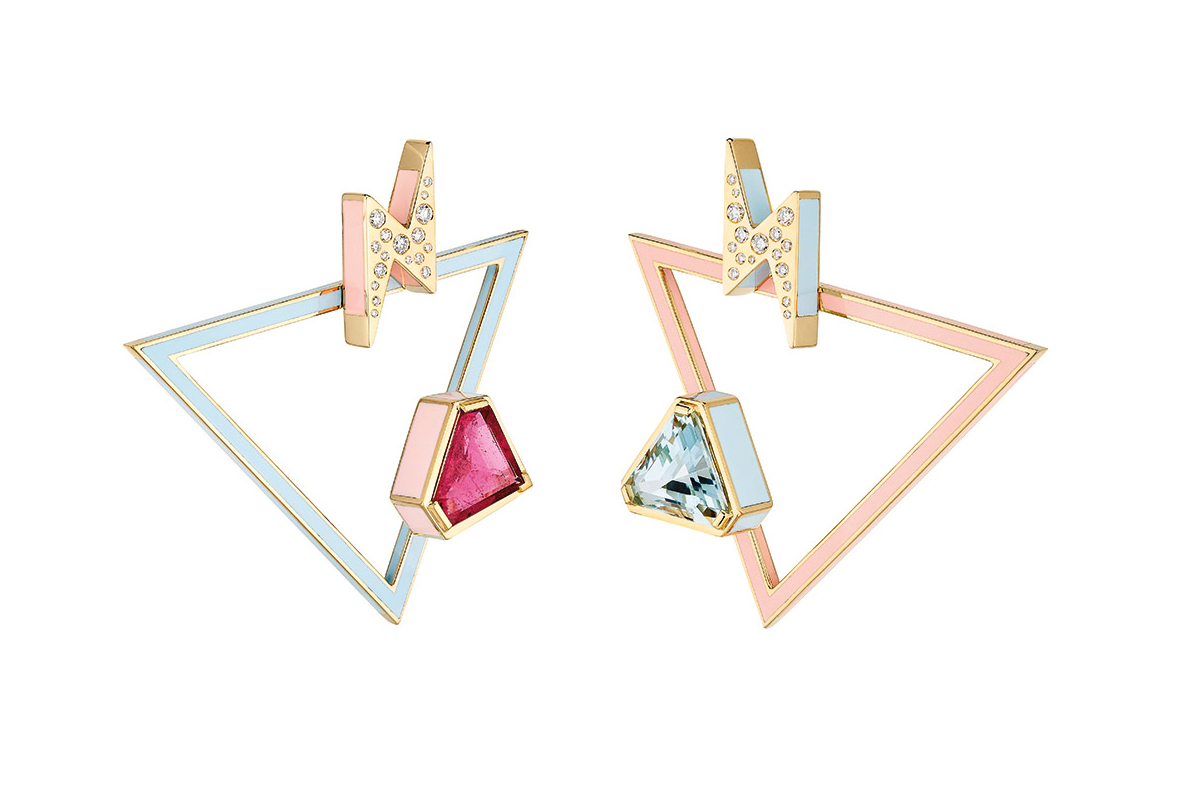 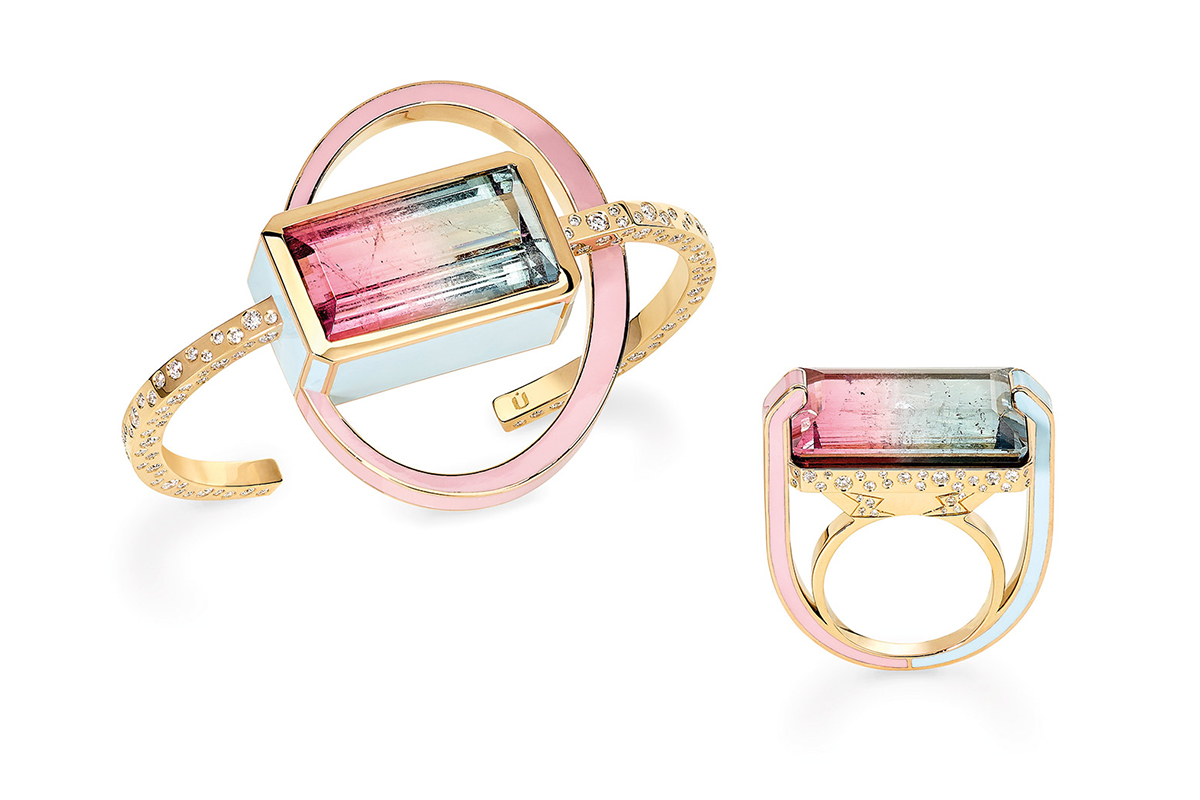 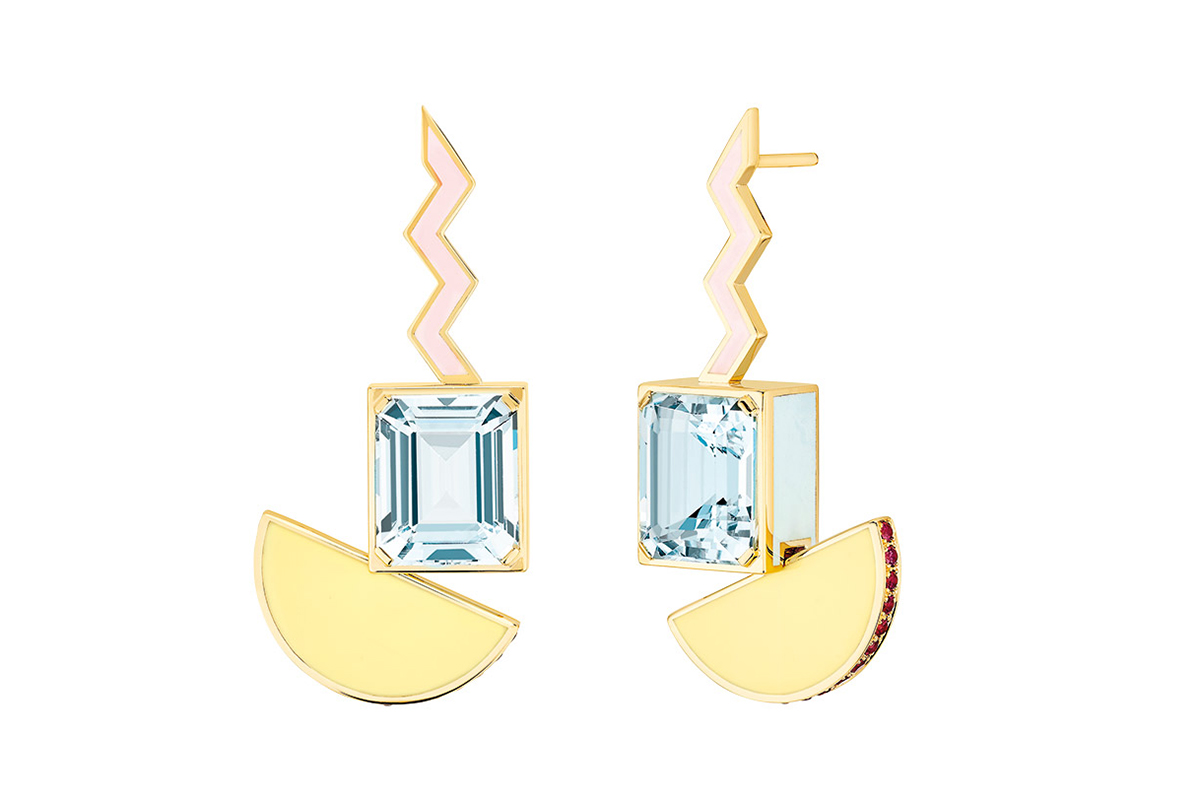 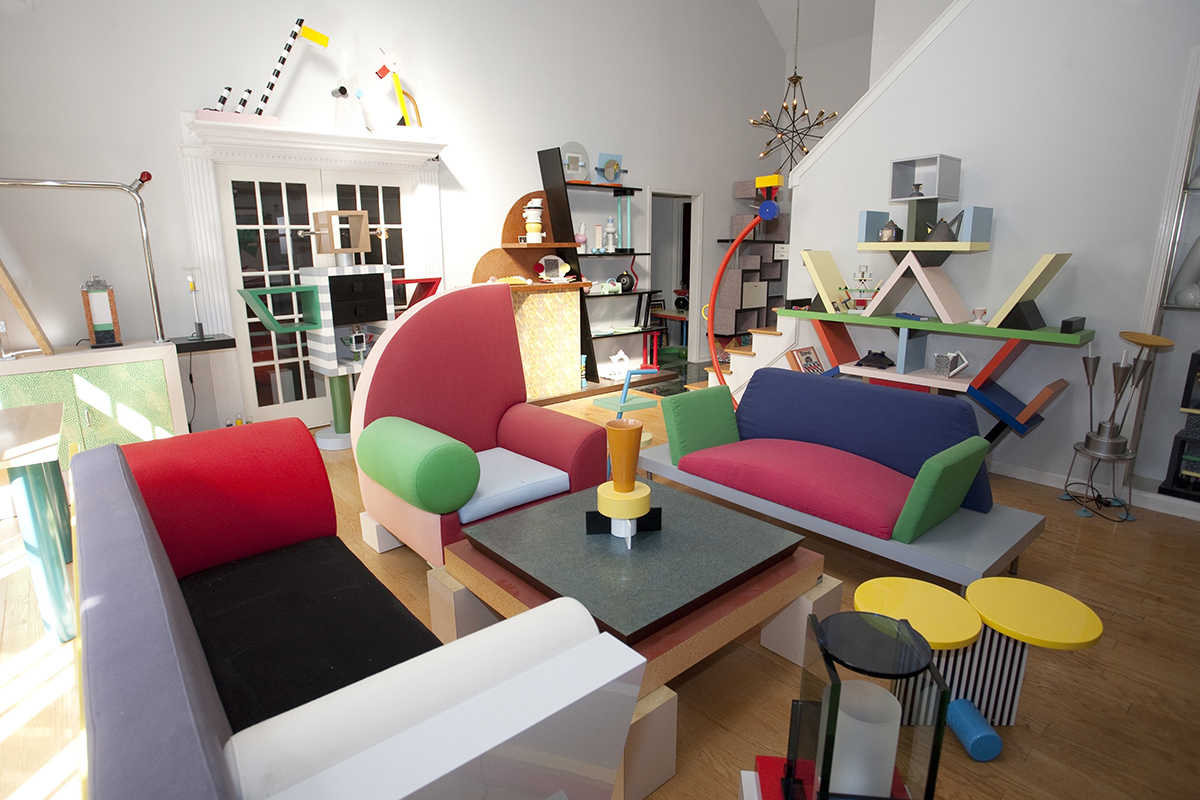 Chaumet has created fine jewellery inspired by a variety of geographical territories throughout their ‘Les Mondes de Chaumet’ series. Their most recent collection – ‘Trésors d’Afrique’ – was partly influenced by the Kenyan artist Evans Mbugua. Mbugua was born in Nairobi, but currently lives and works in Paris. His artistic background is in graphic design, having studied in Print Design – a formative experience which is clearly evident in the patterns manifested through his artistic technique, which provide a backdrop to his portraits.

The most notable result is the ‘Ronde de Pierres’ necklace; comprised of strings of red spinels, emeralds, sapphires and mandarin garnets, outlined by black spinels and diamonds on black rhodium-plated gold. The talismanic nature of African jewellery served as stimulus for this grand necklace, with emphasis placed on the variety of gems and complexity of its design - rather than the high value of the materials used. “The colours and vitality of his work were an important inspiration for the Maison, a process of creative reflection his vision informed and nourished, before his more direct personal creative participation evolved into the development of one of the themes of the collection” said Chaumet on their artistic alliance with the artist. 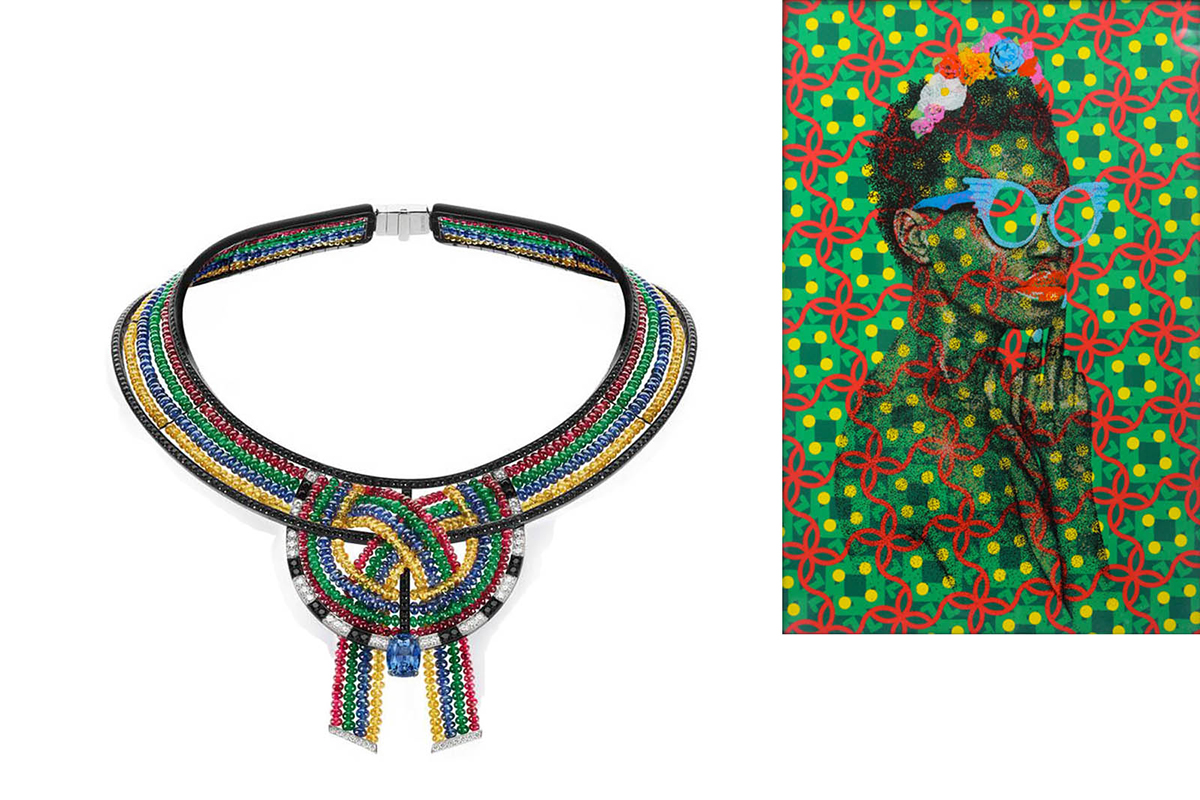 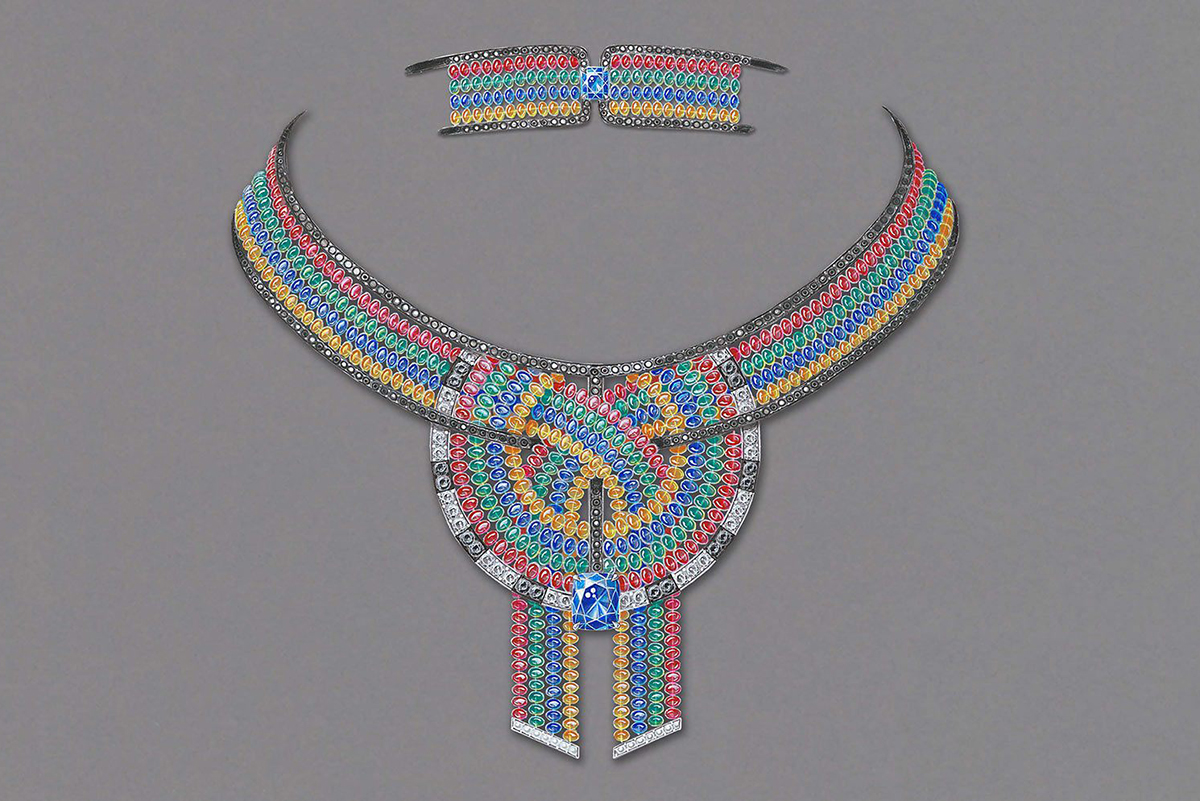 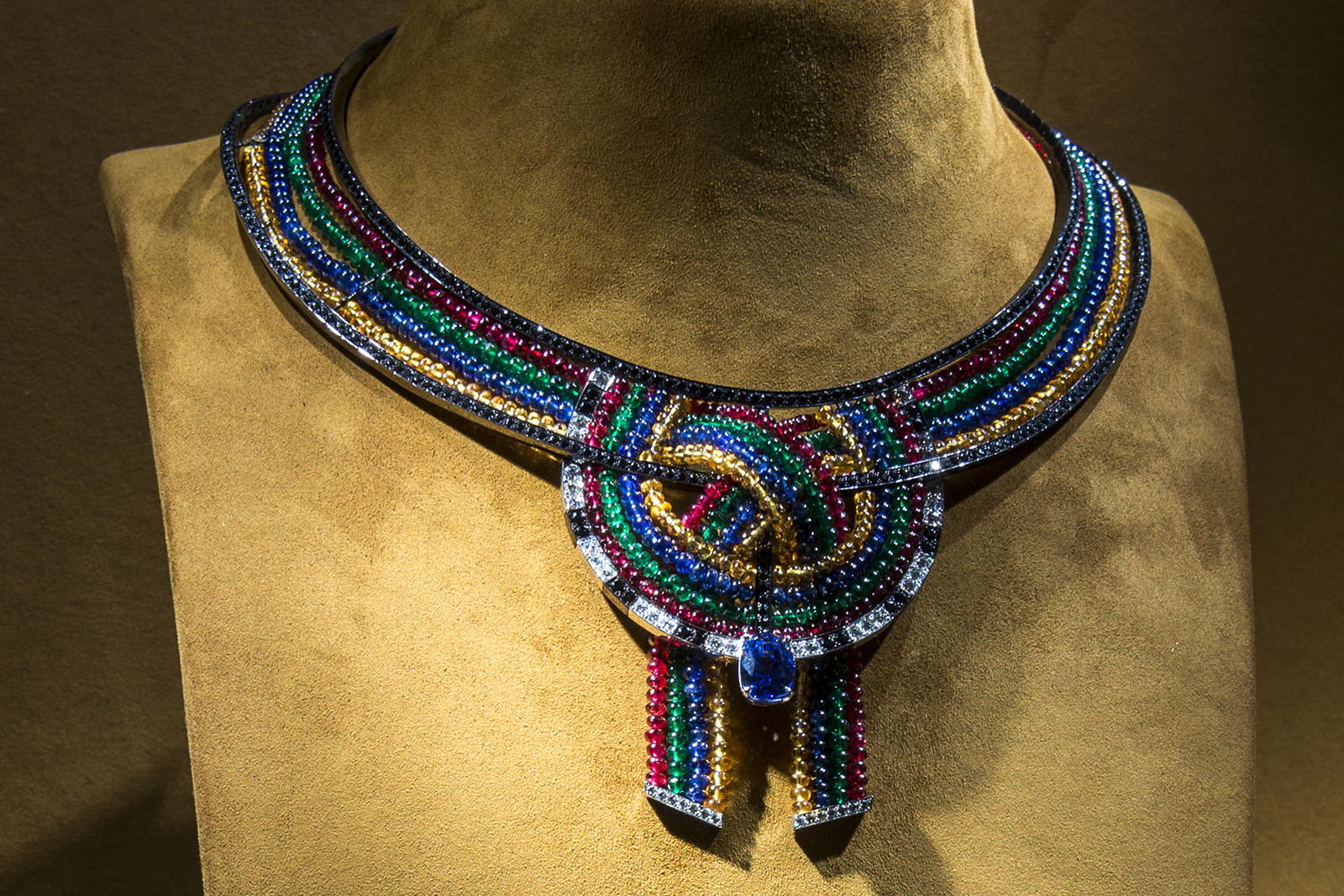 Le Ster is an emerging London based brand from Aishleen Lester, who began her career as a sculptural artist. Her debut collection 'Light Through the Grey' is based on the dynamic movement and vibrancy of fireworks: featuring a host of multi-coloured sapphires, accenting diamonds and a combination of yellow and white gold zig-zag motifs emulating the firework itself. These pieces are reminiscent of both the palette and forms found in Pop art of the 1960s, particularly Roy Lichenstein's most famous works. 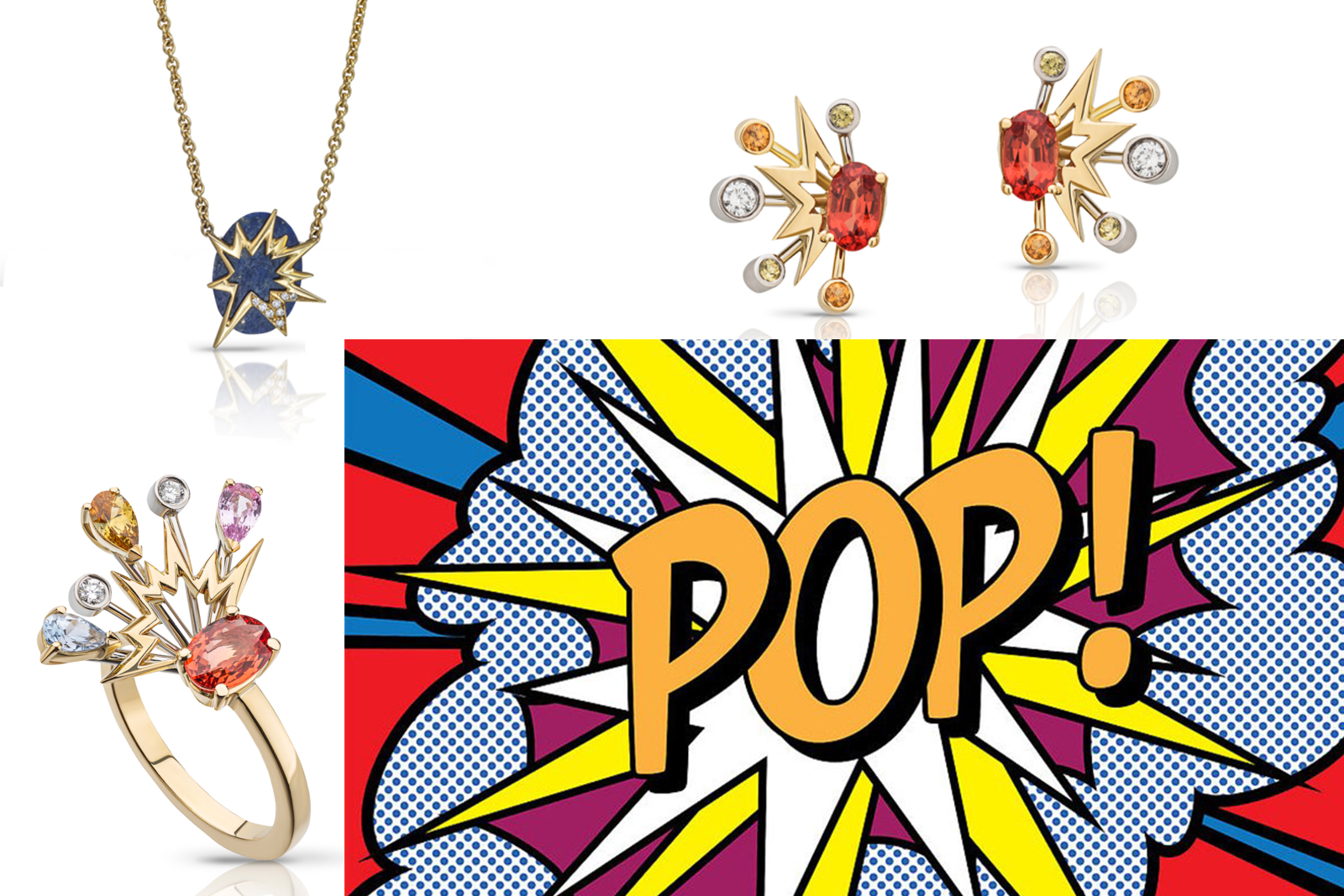 Art and fine jewellery are undoubtedly two elements of the same illustrious force; beauty through expression and originality.