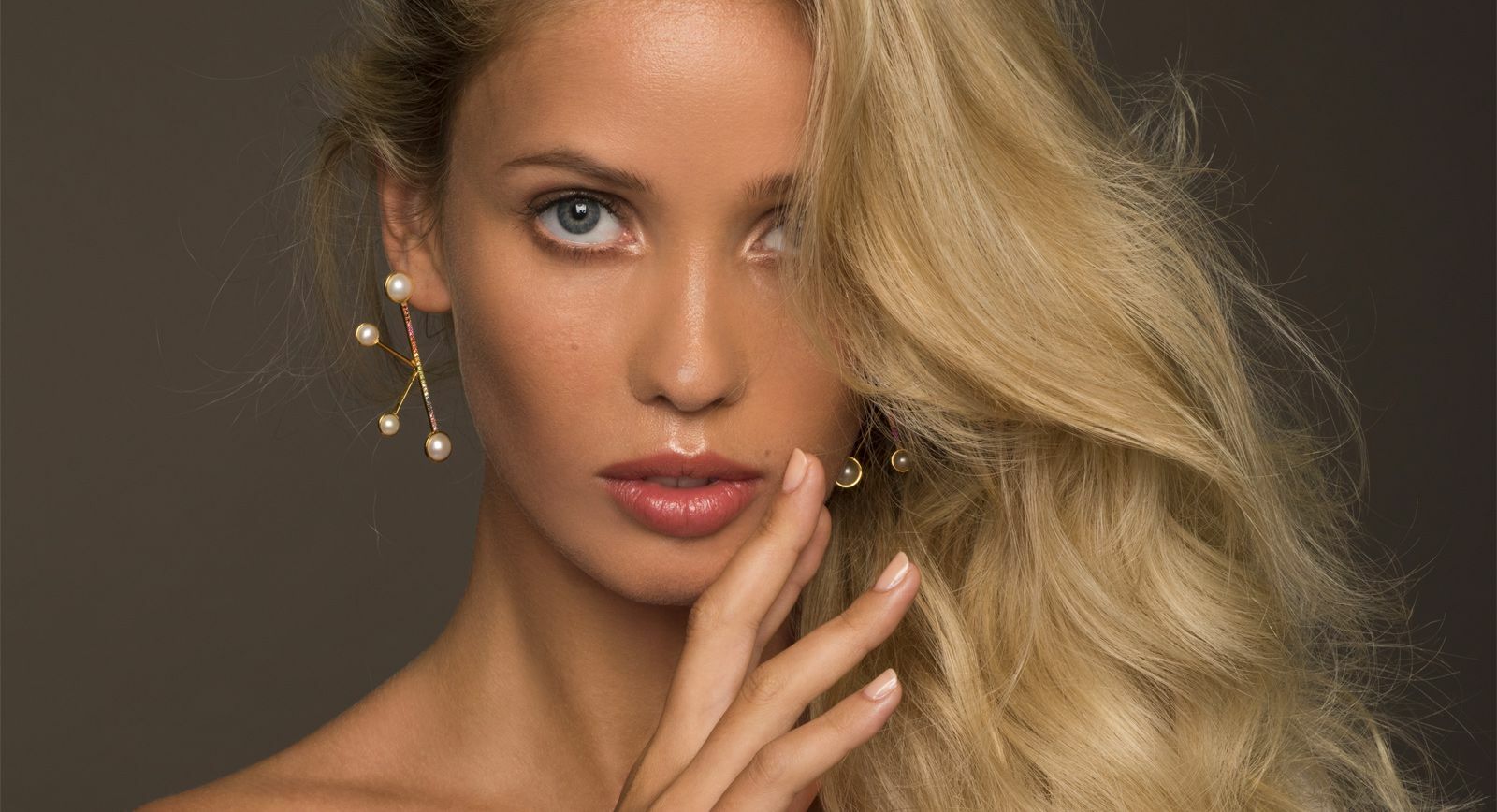 As 2017 has now arrived, the time has come to bid goodbye to the year of the Monkey and reflect on 2016. Over the last twelve months five star newcomers have glittered in the jewellery universe. They all have different styles, but are all equally deserving of our interest. It’s easy to miss new arrivals amidst the myriad established brands – but their unique styles and vivid imaginations have provided them with a great basis for success in the coming years.

Amy Burton was born into a family whose name is inextricably linked to antique and vintage jewellery, so bringing out her own collection was just a matter of time. Inspired by her studies at the Gemological Association of London and the Gemological Institute of America, Amy started to buy up unusual stones: old-mine diamonds, rare tourmalines and huge amethysts, for example. She would then make them up into wonderfully original pieces of jewellery. Her works are based around projecting practicality, aesthetic beauty and elegance, as well as the best stones and original designs. At the end of 2016 she presented her first collections Disorient, Unum and Crescendo, which marked the launch of Amy Burton Fine Jewellery. 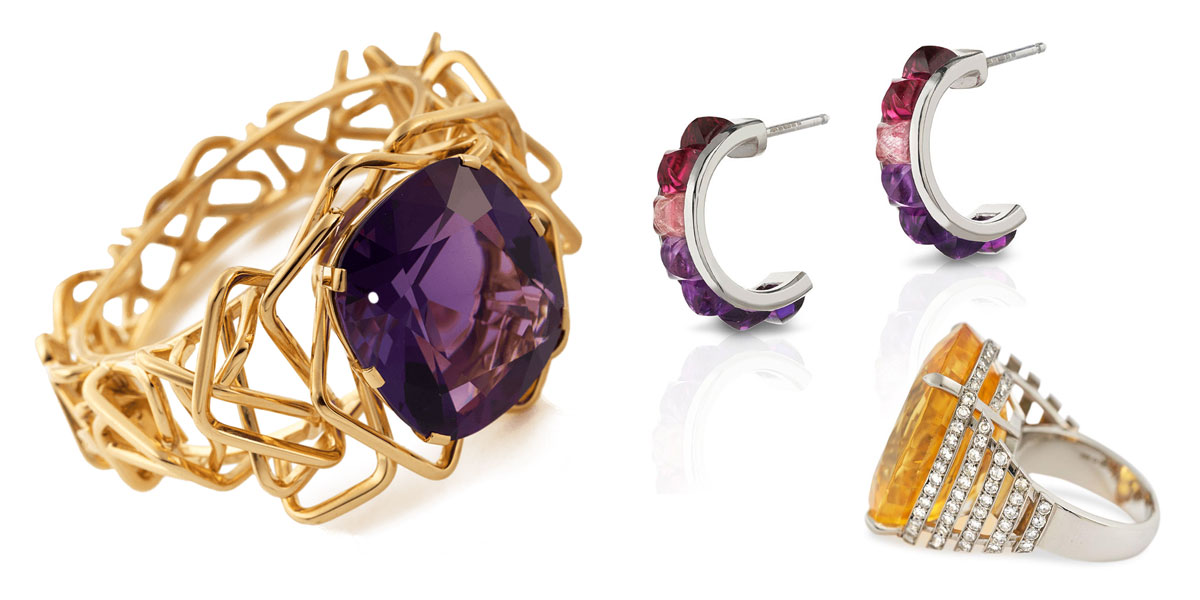 The brand’s founder Mike Saatji was born into a family of Armenian jewellers. Every school holiday he would spend at a workbench, gradually learning and perfecting the intricacies of the jewellery trade. Over many years Mike trained in various cities with various great craftsmen before he started Gianna Jewellery manufacture with his brother Joseph. He’d always wanted to create his own line of trendy jewellery and in June 2016 he launched his brand Mike Joseph Jewellery at the COUTURE expo in Las Vegas. Mike’s pieces were designed to be worn on a daily basis, so a lot of thought was given to their universality and comfort: gold chokers and bracelets adapt themselves to the shape of the body thanks to a specially designed mechanism. 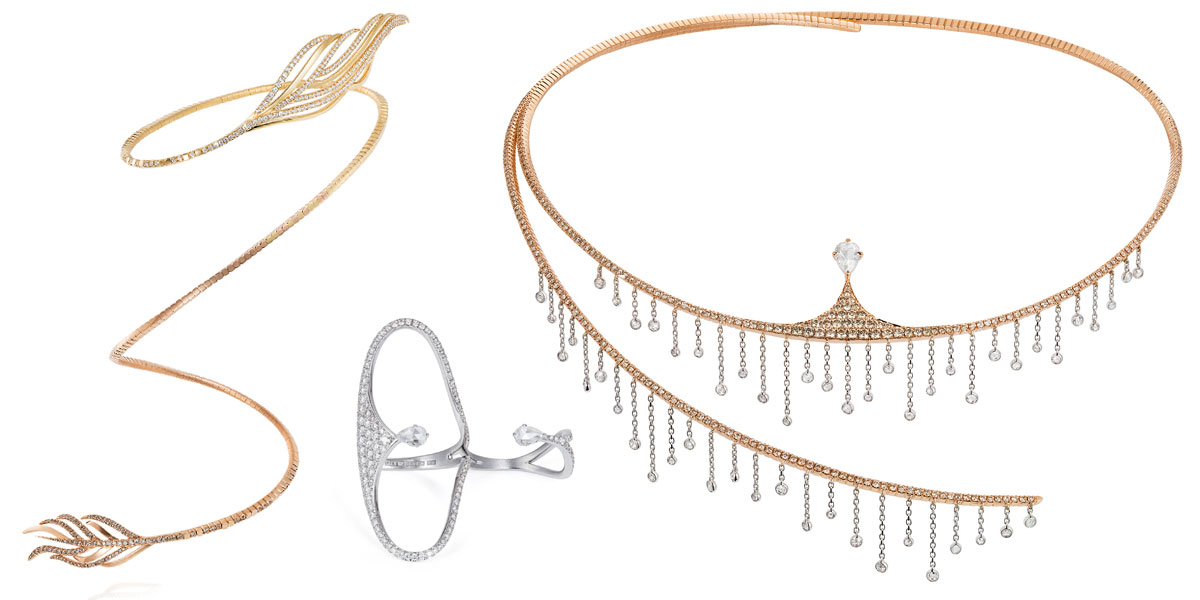 The British designer Sammie Jo Coxon found her bold approach to creating jewellery with one of the trickiest materials – pearl. When she was studying at Central St Martins art college in London and the Gemological Institute of America, she honed her signature look so she didn’t fall into making museum classics. Sammy started to carefully unite flowing and angular geometric forms with feminine silhouettes made of pearls. Out of this came her debut collection Demeter. At London fashion week she launched her collection Stellar, characterised by its colourful stones mixed with pearls. Sammy doesn’t just create pret-a-porter collections – she also takes commissions which are all handmade. 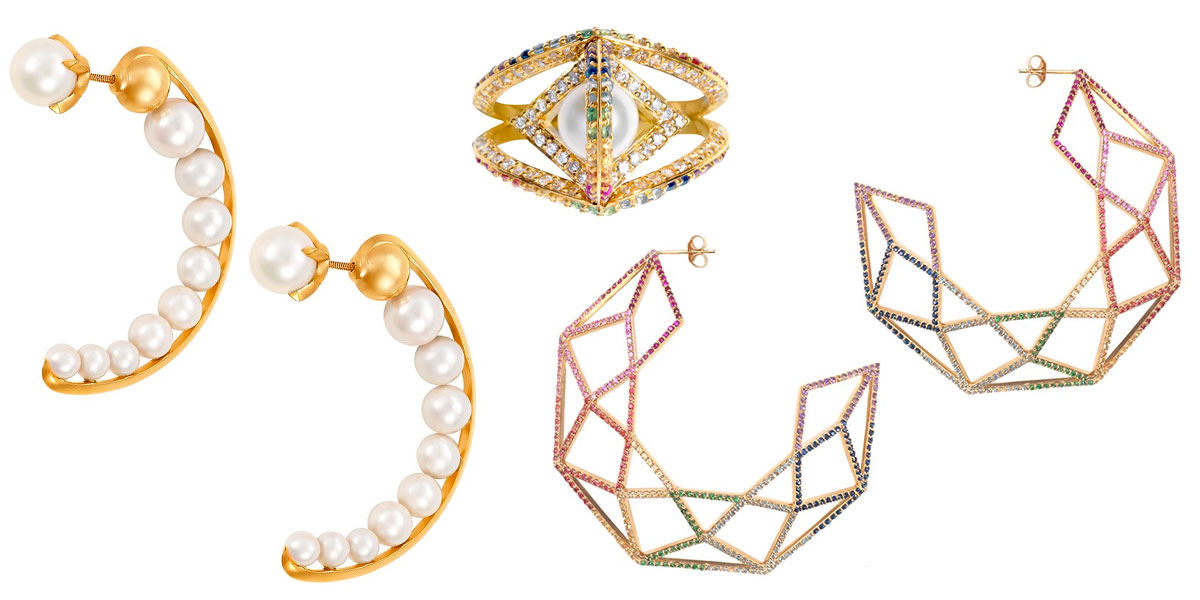 Reem Mobassaleh, the founder and designer at R.Y.M Jewelry, unites form and function in her work. Her pieces push the boundaries of what jewellery can be – which explains her success at the Couture 2016 exhibition where she first showed her works to the general public. At once simple and innovative, R.Y.M Jewelry’s designs are based around separate modular pieces which can either be worn on their own or together. The ability to create works with a unique aesthetic and individual meaning means what Reem gives us are really customisable pieces of jewellery. R.Y.M Jewelry creations remind you of some jewelled puzzle – the removable parts are easy to swap around, and the pieces can unexpectedly change shape – from earrings to a pendant, for instance. 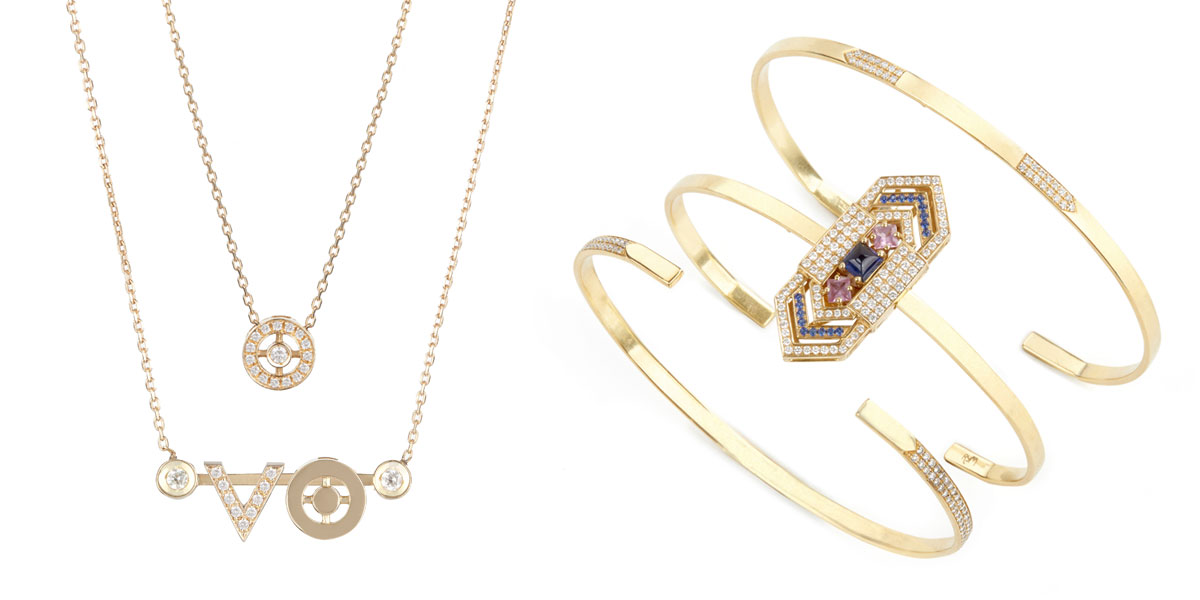 Julian was born in Morocco, and trained and worked as a business manager – but he aspired towards some kind of creative vocation. It was a love of gemstones that came to the fore that decided his direction. He started studying gemmology at GIA in New York but decided to add a design degree to his GIA GG diploma. Once he’d acquired the necessary technical skills, Julien set about finding his unique style, and founded his own jewellery brand Julien Riad Sahyoun in Monaco. He focused on organic forms and instead of highlighting glitzy settings, he gave his works a deeper, philosophical meaning, drawing our attention to nature and making us think about the world around us. A party celebrating the launch of the Julien Riad Sahyoun was held in November 2016 in London. 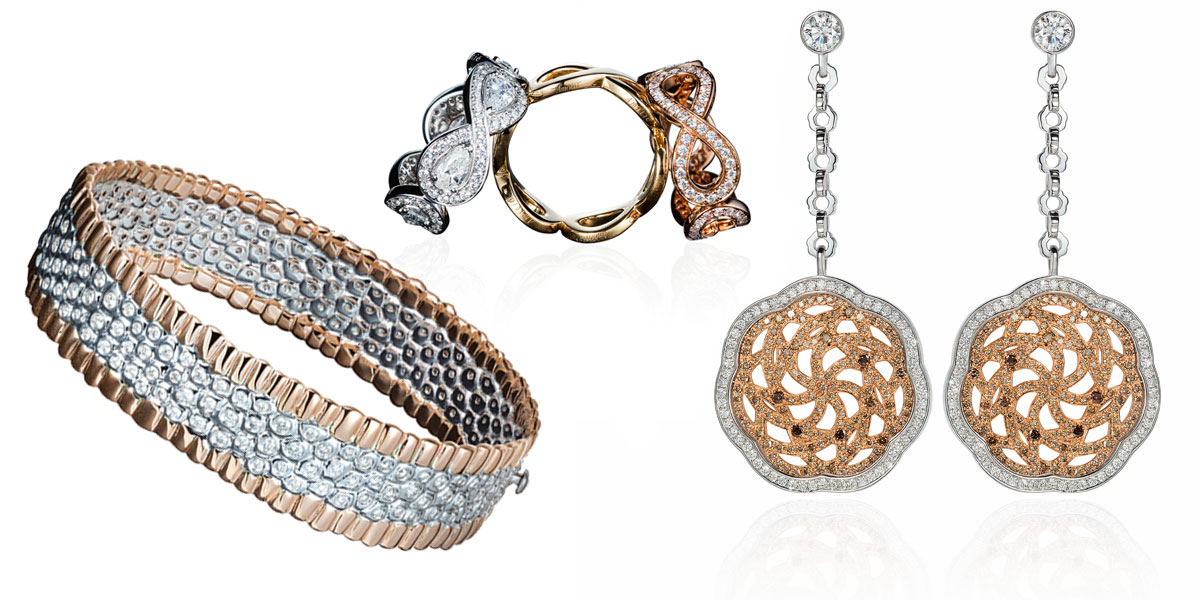