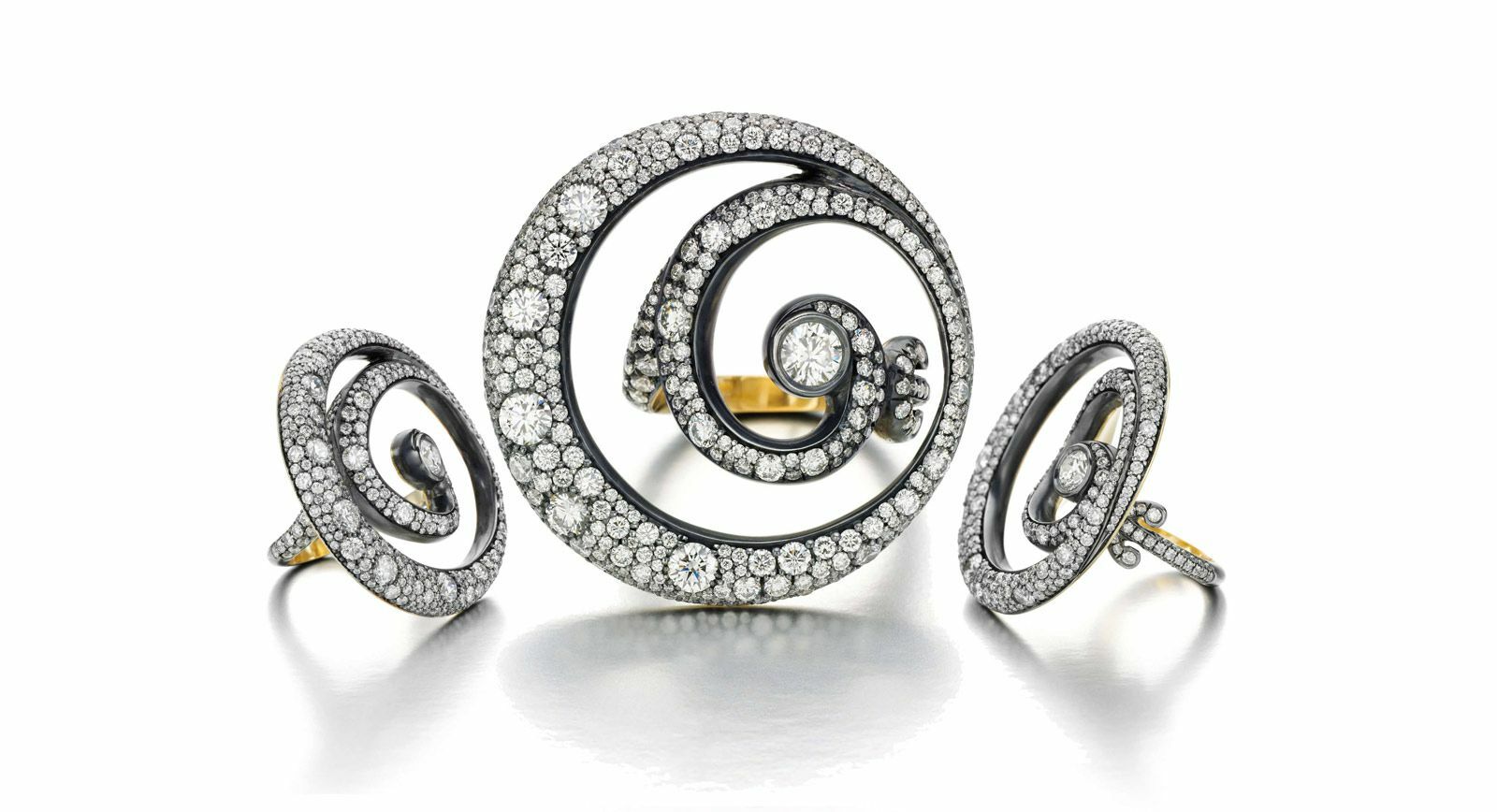 Is That a Glittering Snowstorm or Diamonds in a Pavé Setting?

Winter is here and the snowflakes are gently falling in sparkling wheels of colour on the trees, houses and pavements where they form snow-white feather beds. Watching them through the window, you can see how gusts of wind sometimes spirit them away into the distance in twinkling garlands of light. A similar effect is created by the jewellery designers who encrust gold or platinum with dozens, if not hundreds, of diamonds with a pavé setting.

This widely favoured method of setting stones leaves the metal frame practically invisible. Imagine myriads of snow-white diamonds, shimmering like a million snowflakes, assembled as part of a single composition. They create an utterly captivating effect, so it’s hardly surprising that the most dazzling jewels are made with diamond pavé settings! Jewellers who truly command the art of encrusting can work with diamonds in almost any form. Even though round cut stones are used more often than most, as in the case of the Avakian ring or the Martin Katz earrings, creating a bejewelled surface can be done using stones of any shape, such as those with a baguette cut, like on the Vacheron Constantin watch.

As a jewellery technique, pavé is an art form. When encrusting a frame in this way, looking at the piece from a purely mathematical standpoint is not enough; designers must assess their work from an aesthetic point of view. They are confronted with the task of affixing stones to, for example, the curve of a bracelet or the round shank of a ring, something which is considerably harder than working on the flat surface of a watch face, especially since all the diamonds need to stick out evenly from the surface. Incidentally, you have probably already noticed that jewellers don’t always use stones of the same size. For example, the Jessica McCormack earrings feature an assortment of diamonds that create a three-dimensional jewellery artwork.

Nature is so inventive and avoids repetition, perhaps precisely because every snowflake has a unique pattern of its own, just as each piece of jewellery has its own unique design. Put them together and snowflakes create glorious landscapes of fiery flecks that remind me of jewels forged by Nature’s hand. What about you? 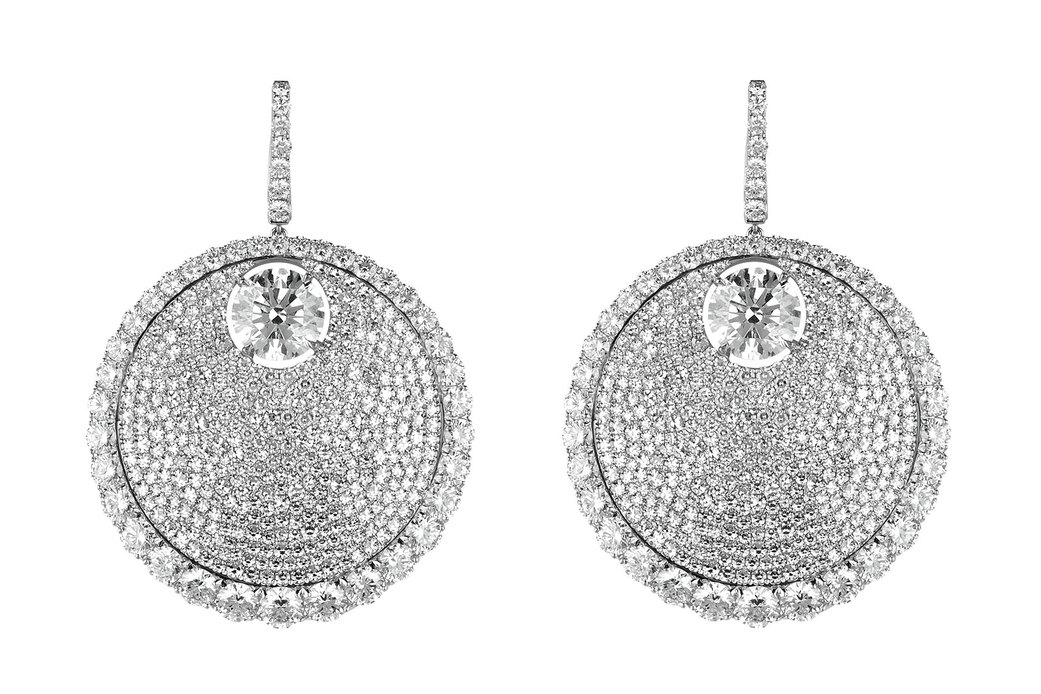 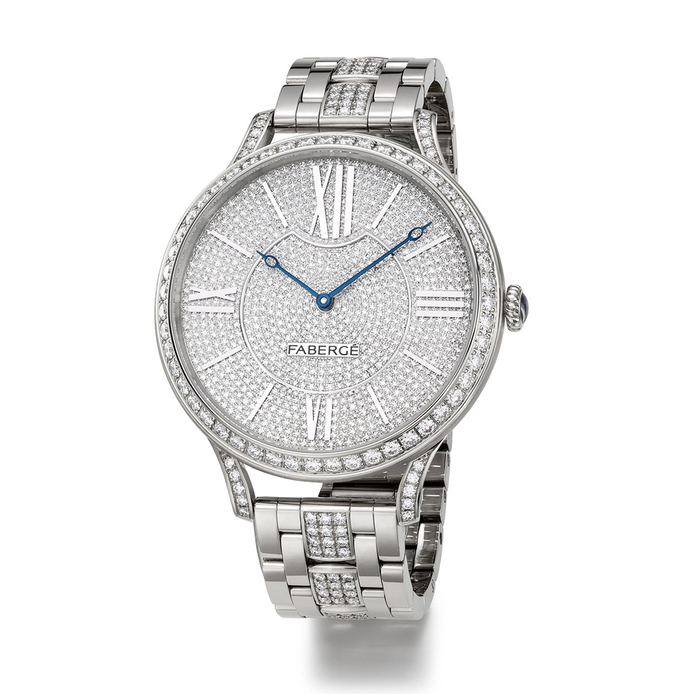 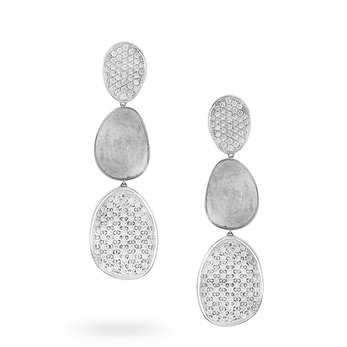 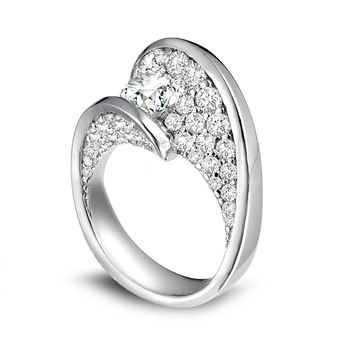 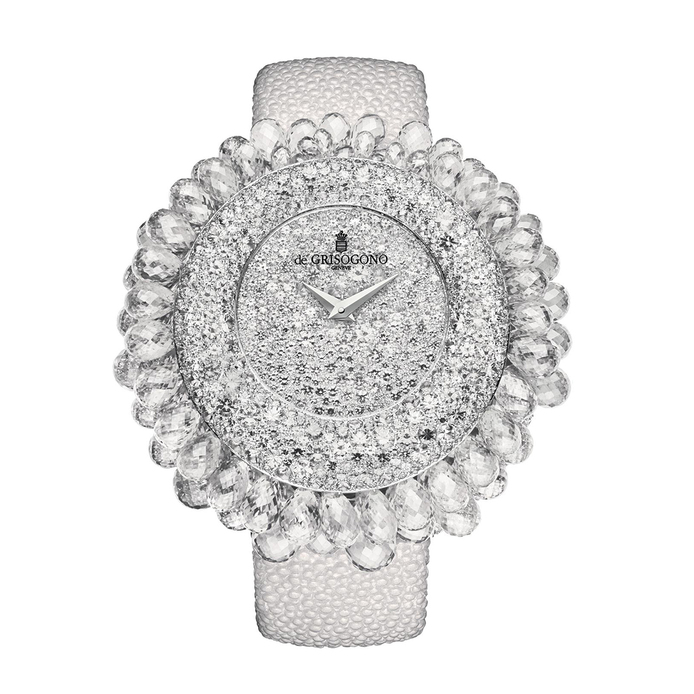 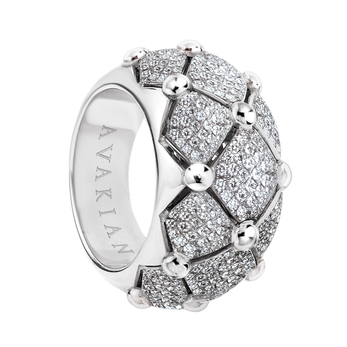 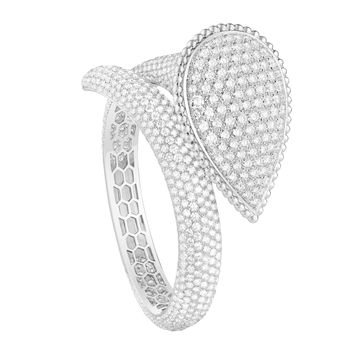 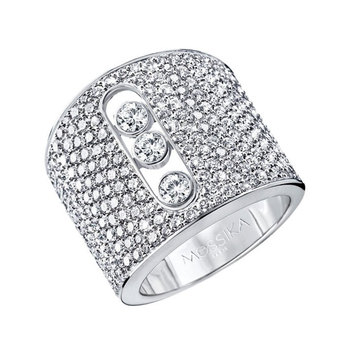 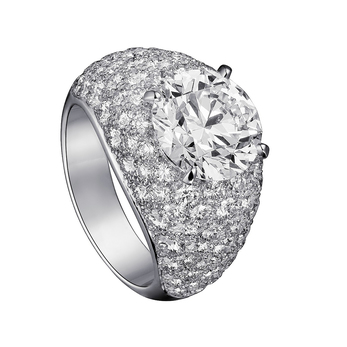 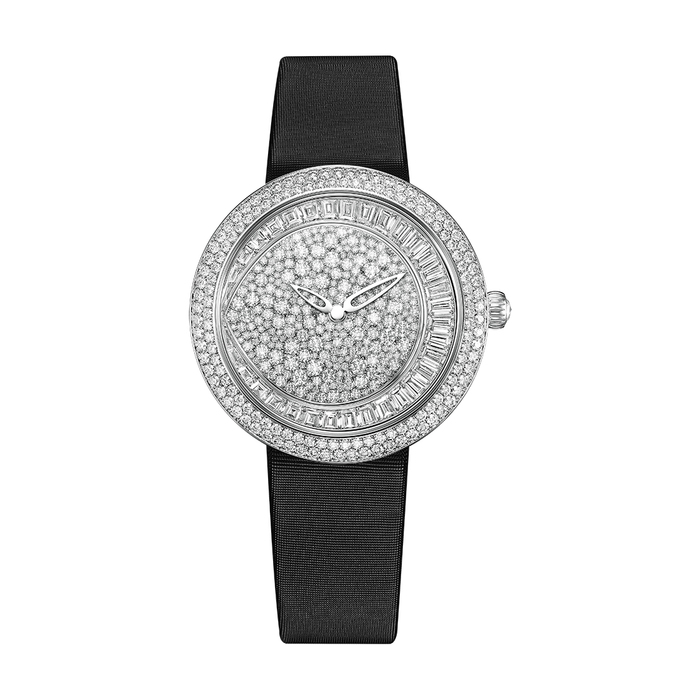 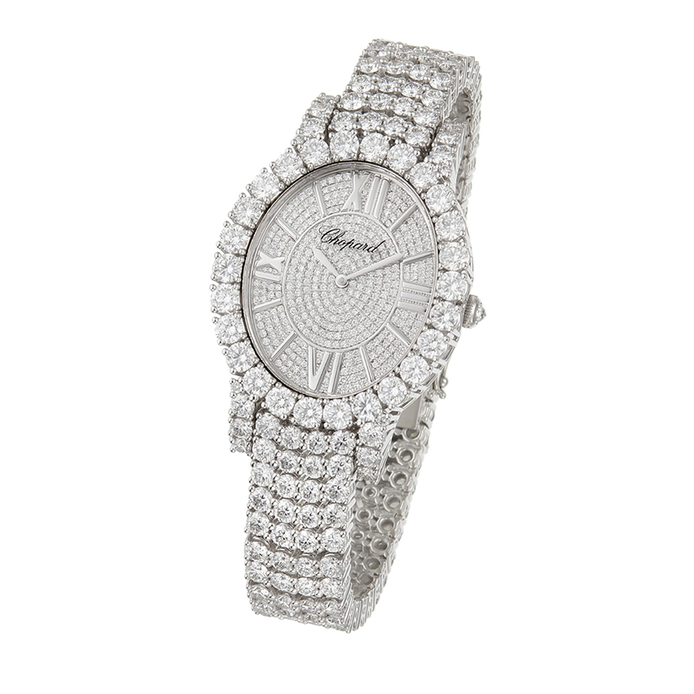 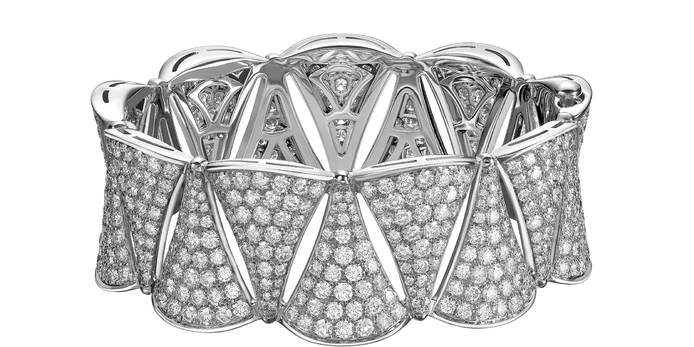 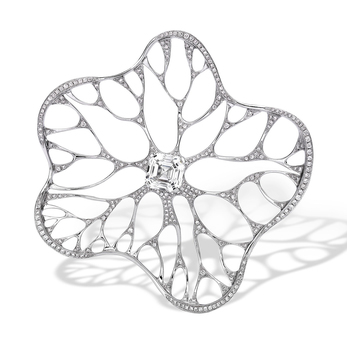 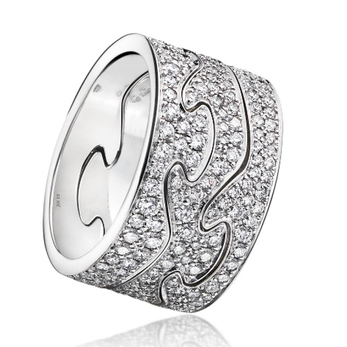 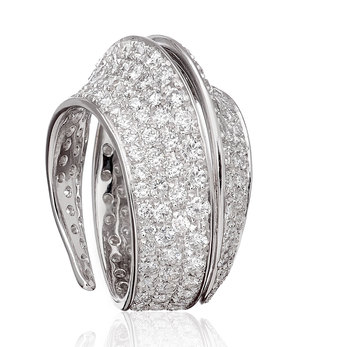 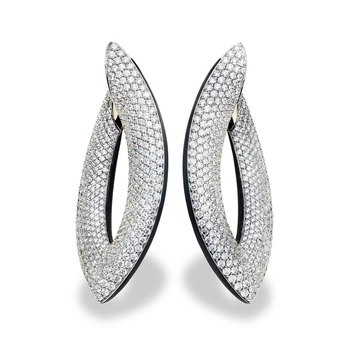 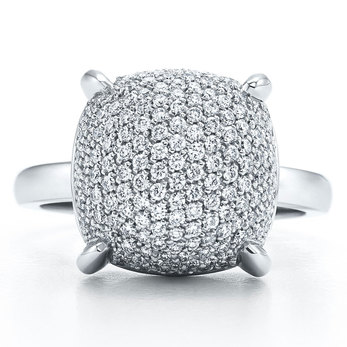 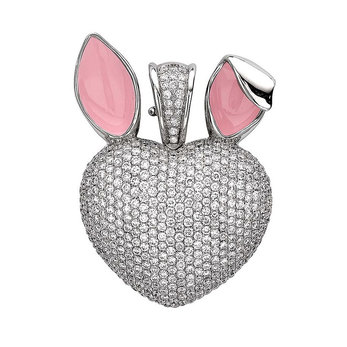 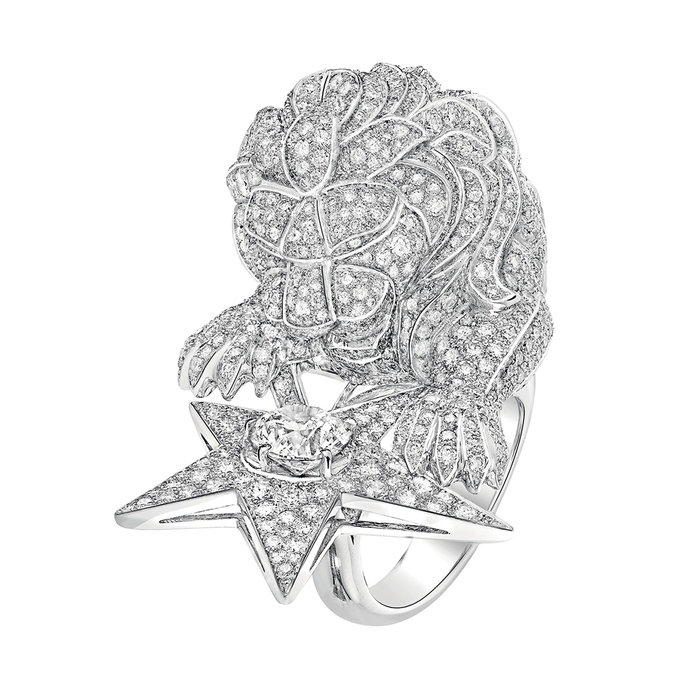 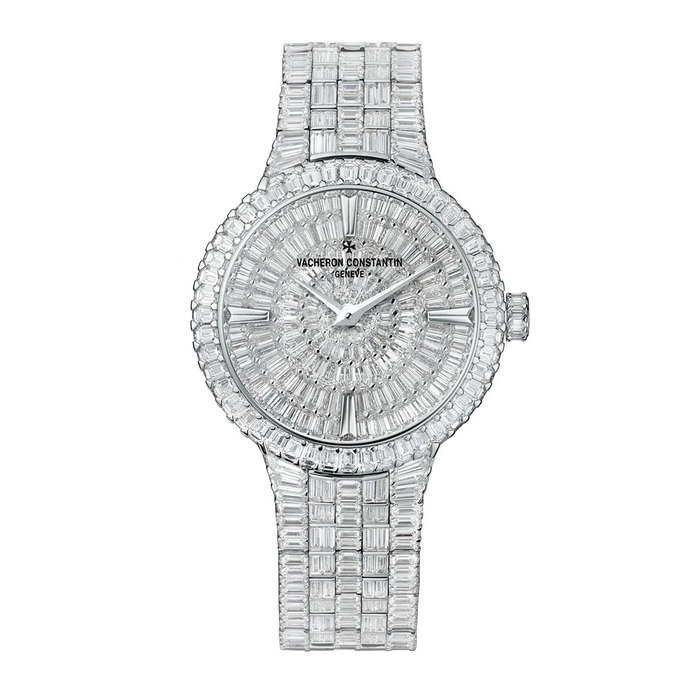 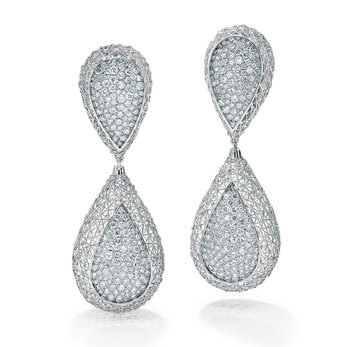 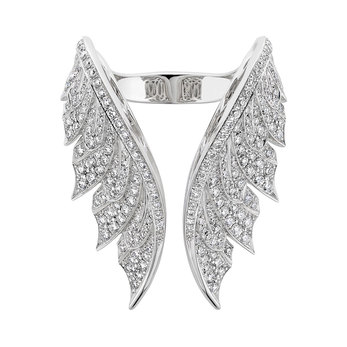 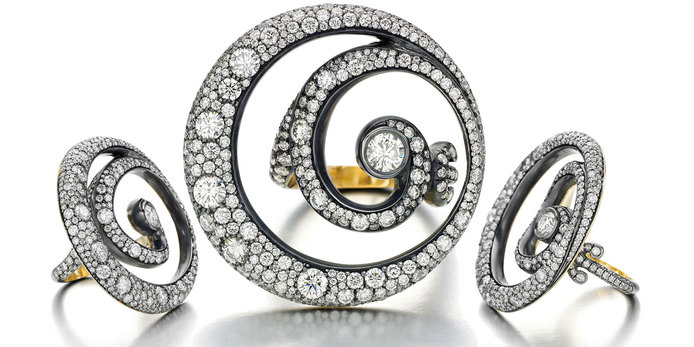