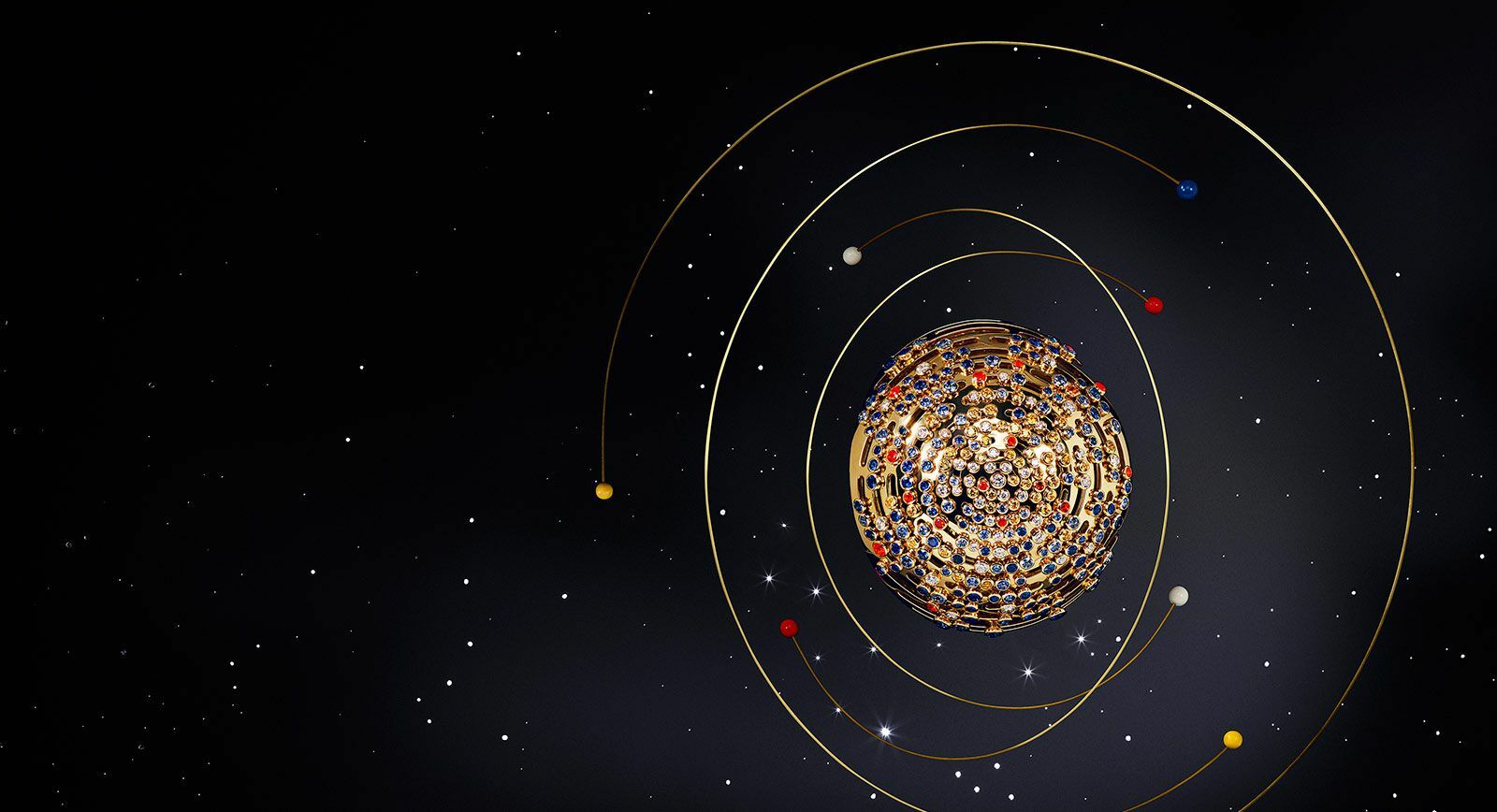 Founded back in 1847, the Cartier jewellery maison has pursued the meaning of man’s life upon earth throughout its rich history. In search of new horizons in 2019, the brand turned its gaze onto the vast expanses of the cosmos, creating a collection entitled ‘Les Galaxies de Cartier’.

‘Les Galaxies de Cartier’ consists of 14 pieces of jewellery – all limited edition – unified by the common creative theme of the exploration of the universe: so infinitely large that it dwarfs our own planetary existence. ‘Les Galaxies de Cartier’ is the first part of a series of collections inspired by the titular aphorism of the house: "Explore New, Create Amazing”. Each line will be produced in a limited, numbered series – brought together by a single storyline. Cartier defies the laws of jewellery, relying on new materials and innovative aesthetics – creating work that is both tactile and sensoral. 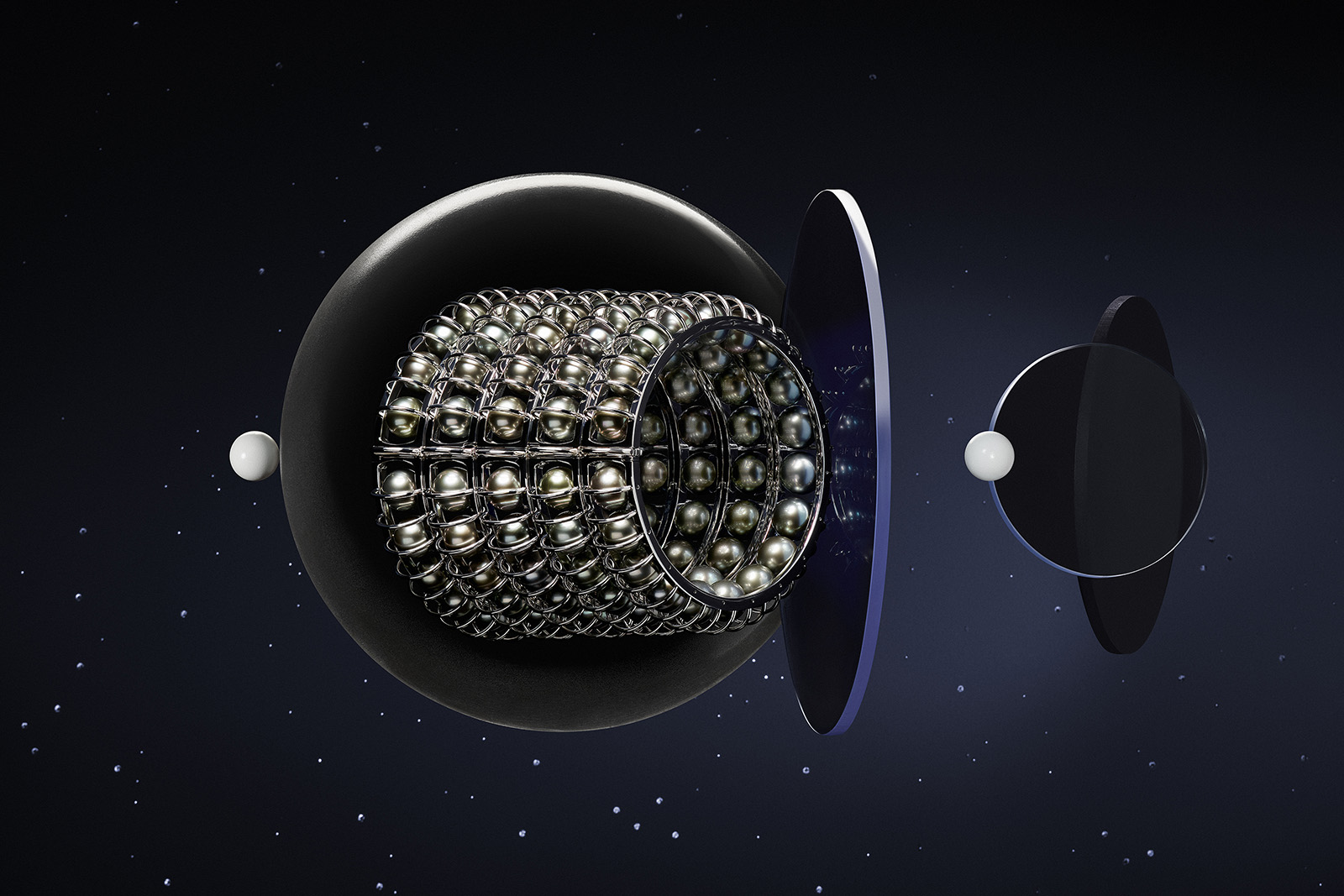 Each piece of ‘Les Galaxies de Cartier’ is inspired by a specific cosmic body, process or phenomenon. The jewellery is not only named after these aspects of space, but also interprets a design that overtly relates it to the cosmic entity from which it takes its name. 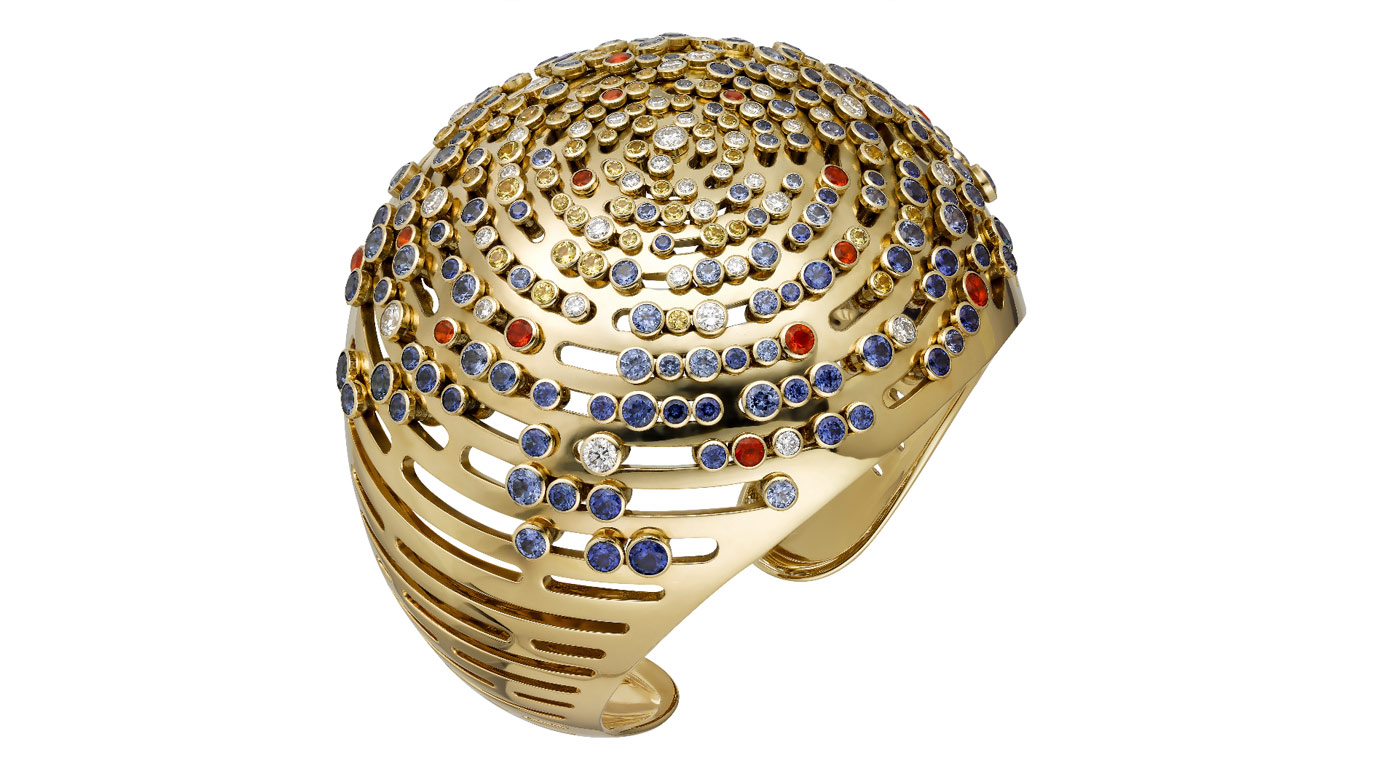 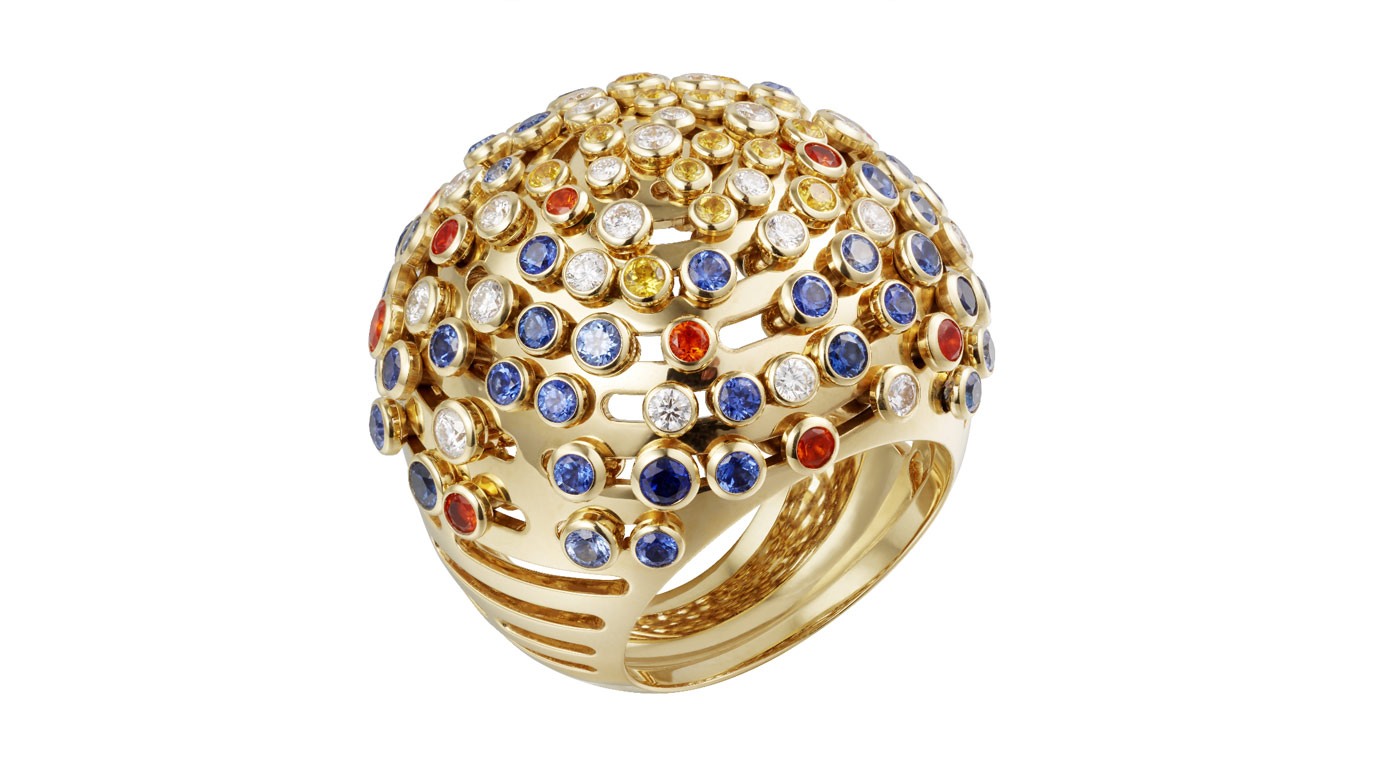 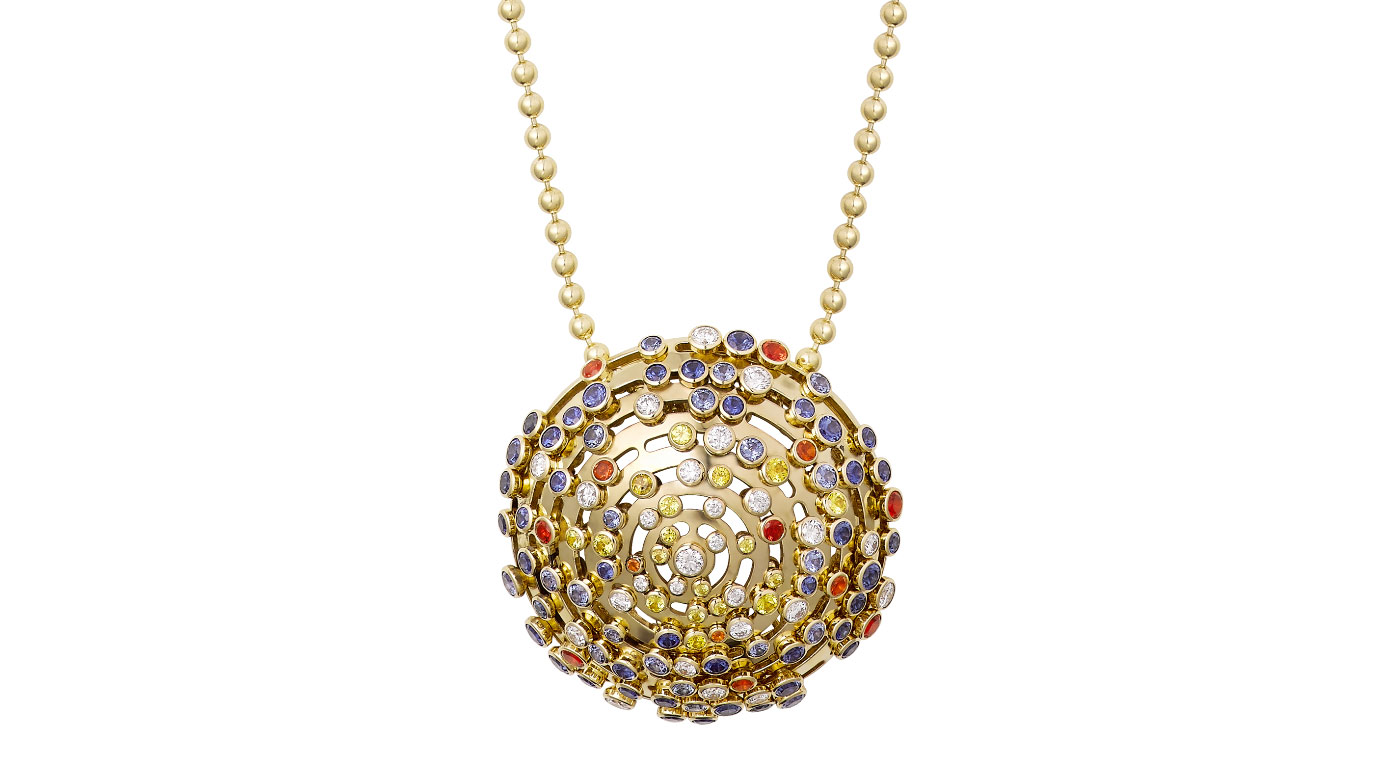 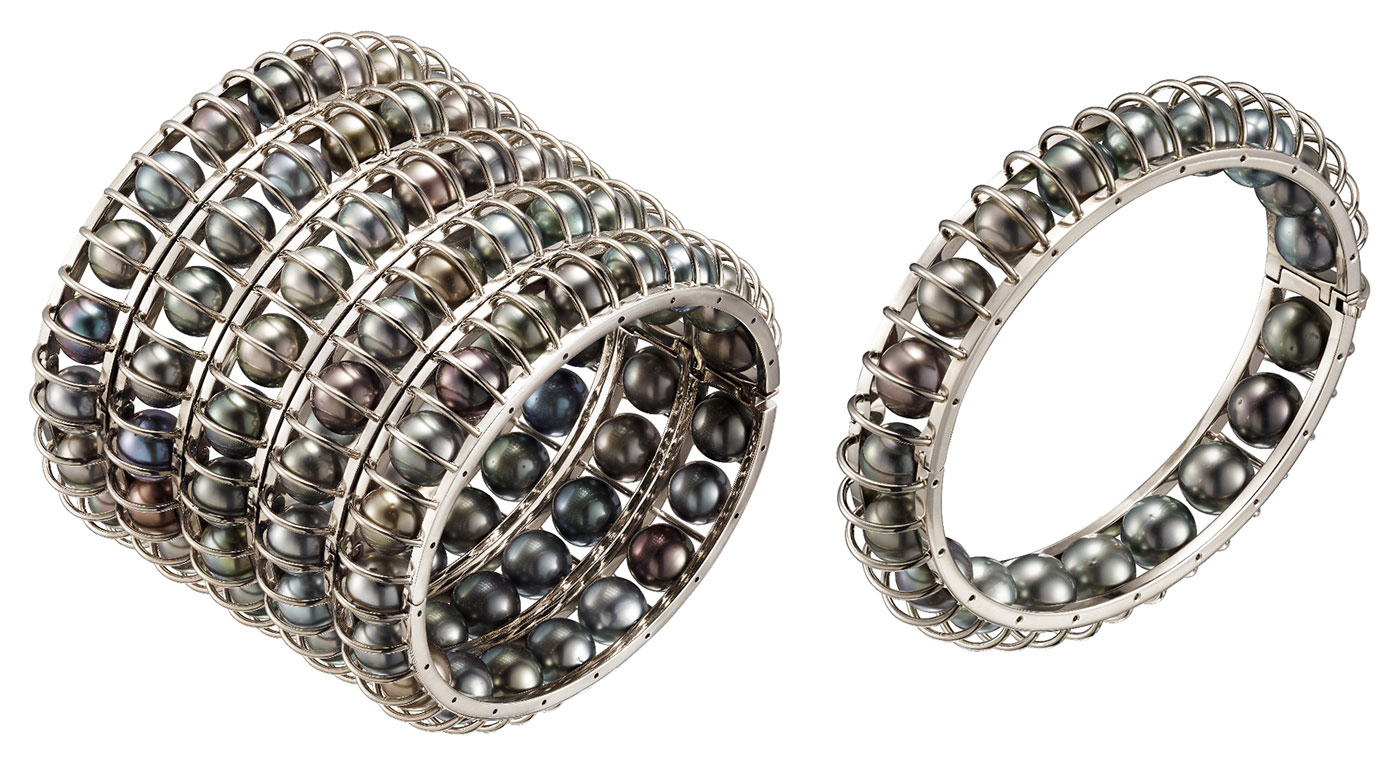 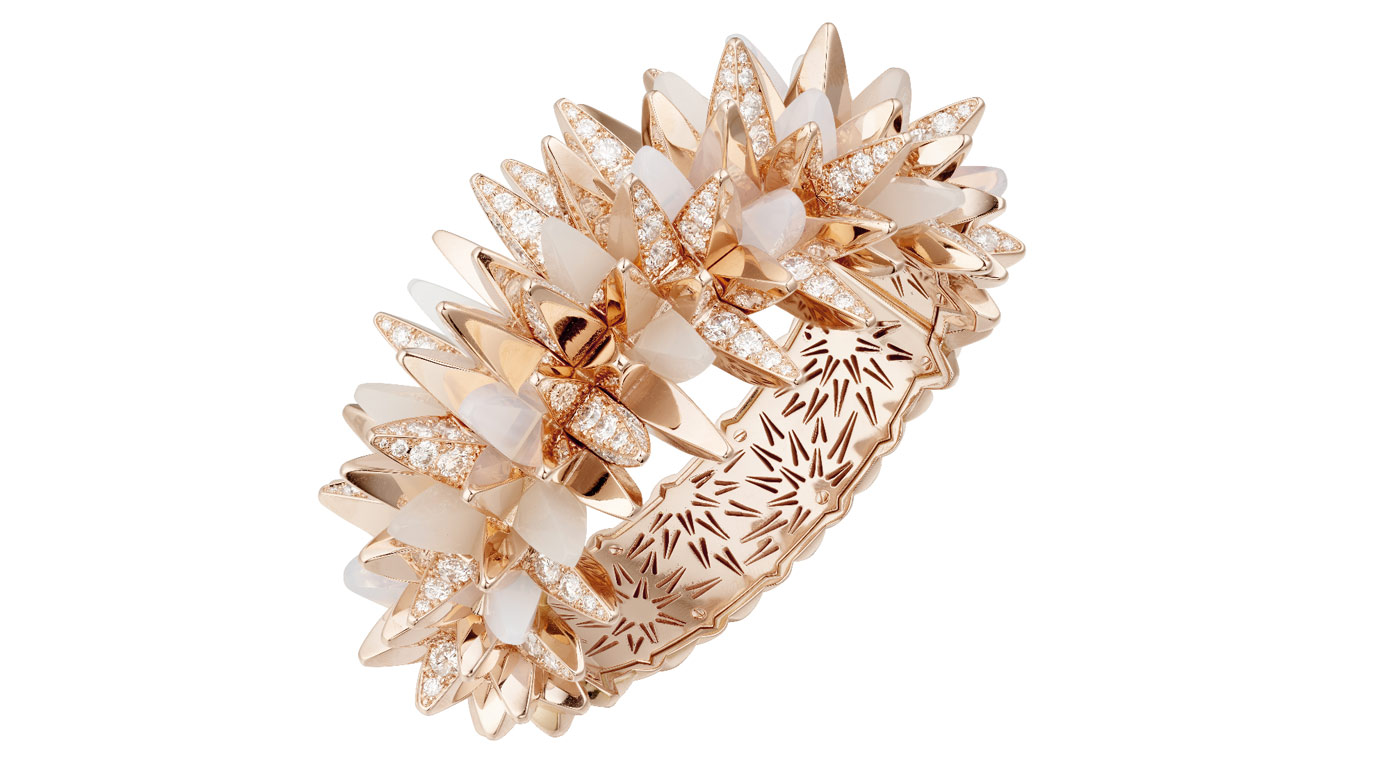 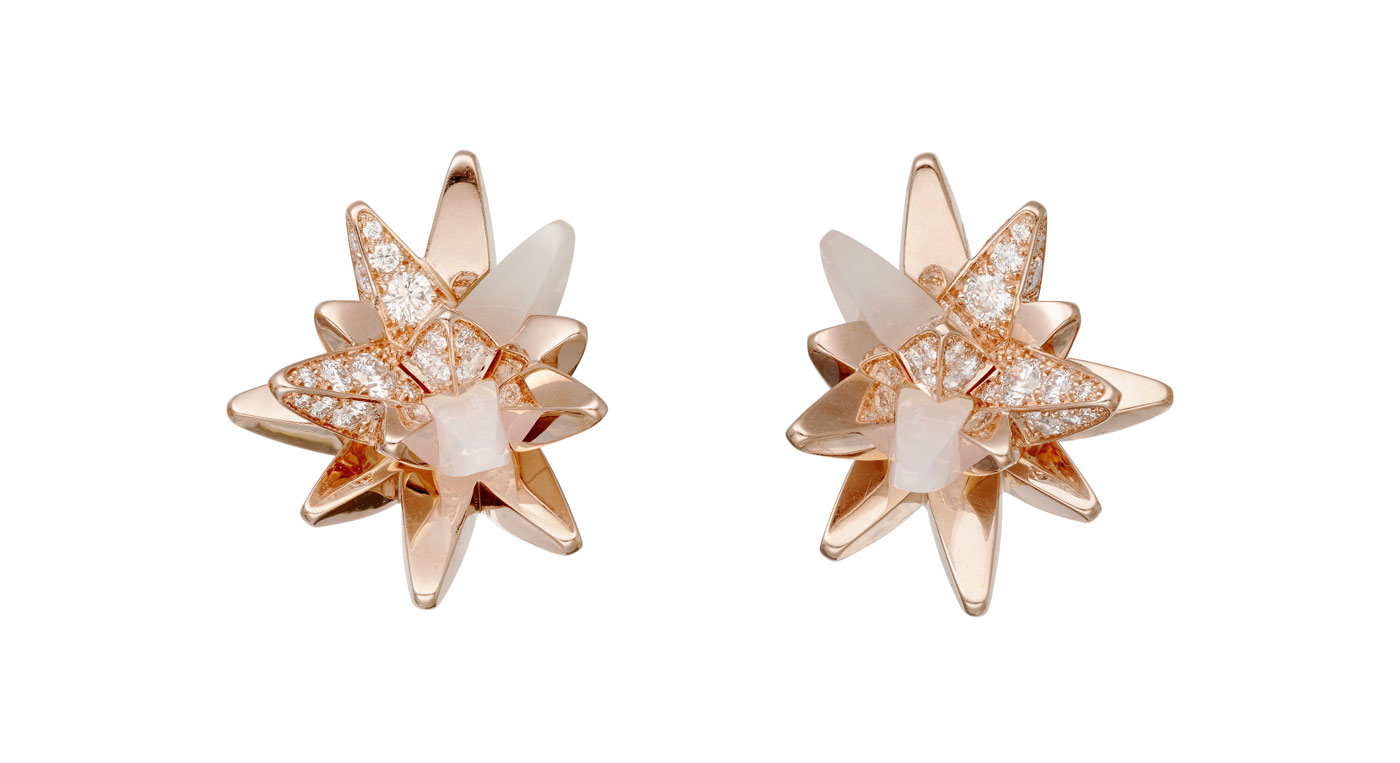 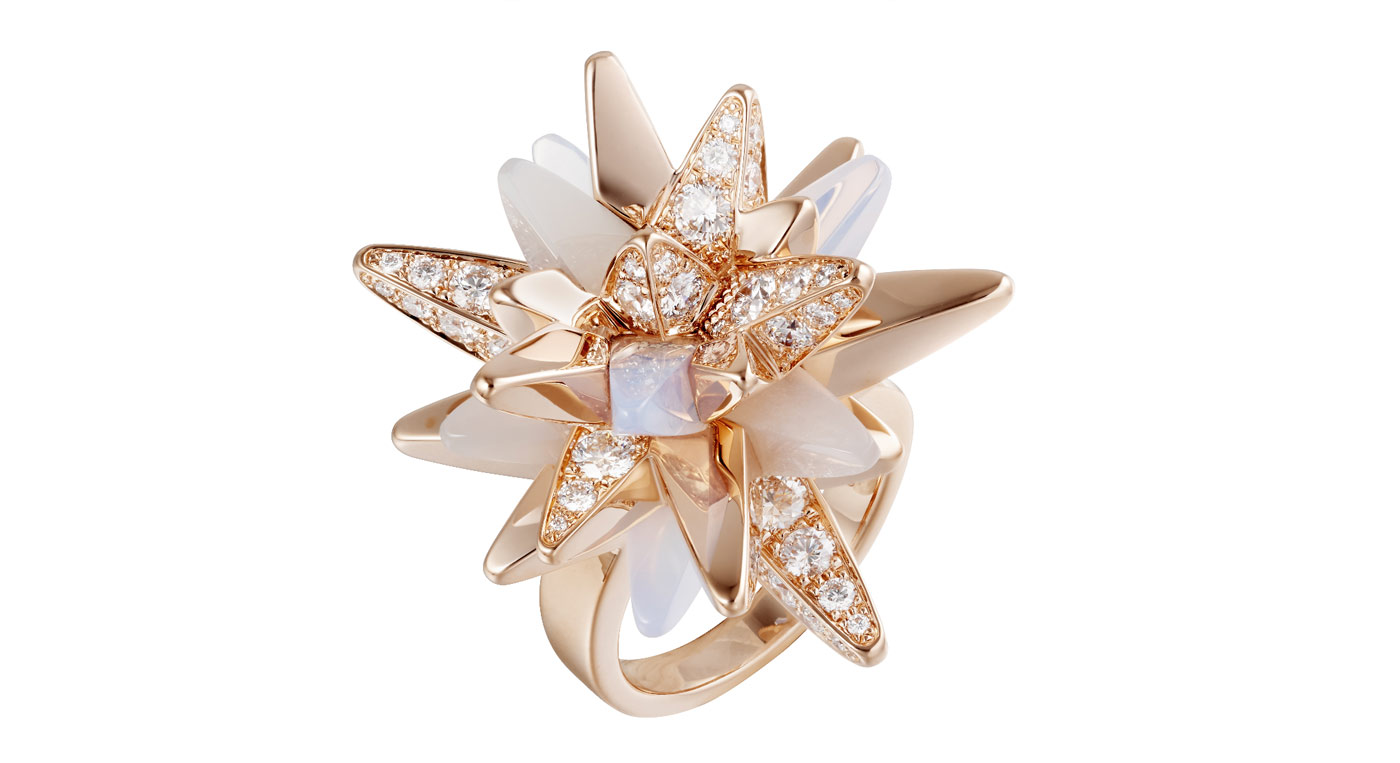 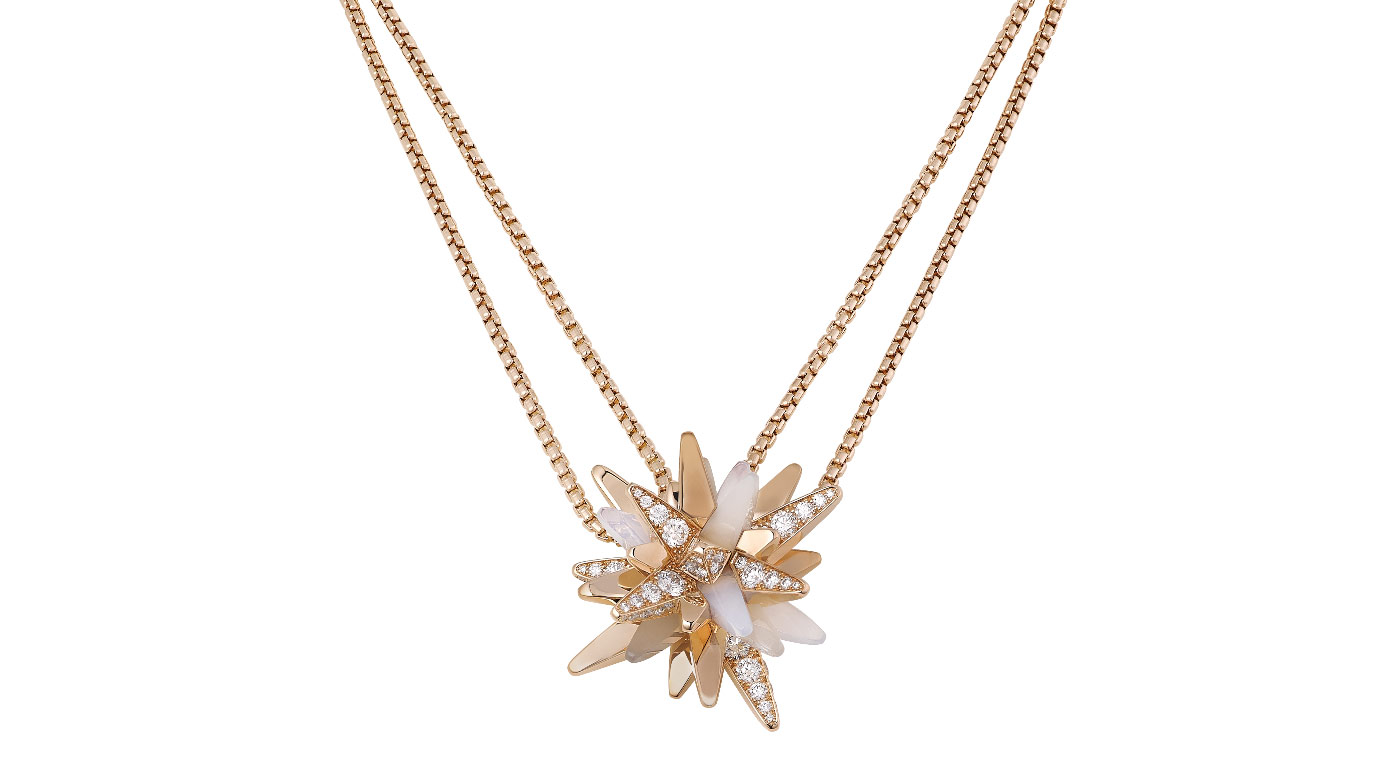 The unusual appearance of the bracelets called ‘The Alignment of the Planets’ was inspired by the rare phenomenon in which the Sun, the Moon, Mercury, Venus, Jupiter and Saturn line up in a row. The colour combination of the white gold ‘cage’ and the Tahitian pearls of greenish-bronze and peacock feather colours are reminiscent of the unsolved mysteries of the Universe. The geometric design also adds to this effect – reminding the viewer of the mathematical nature of this incredible phenomenon. The pearls roll – one after the other – and one feels the movement of these celestial orbs as they move across the skin. 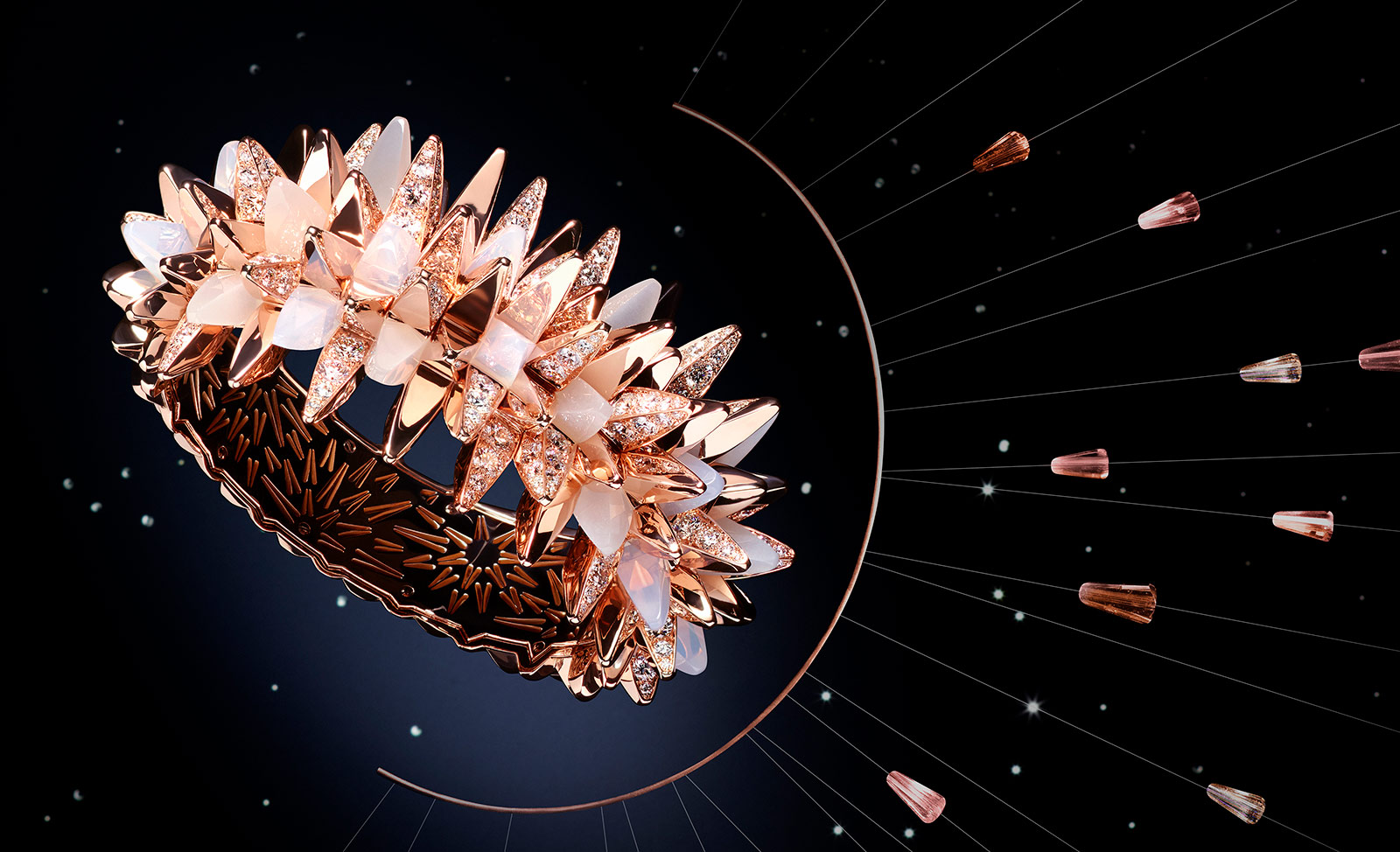 Imagine that you hold in your hands a meteorite or an asteroid composed of a substance that is millions of years old. The ‘Fractal Meteor’ jewellery (ring, bracelet, earrings, pendant and clutch) are distinguished by a complex crystal structure that is formed out of precious pyramids of pink gold, diamonds, moonstone and milky quartz. Each element of this design scatters light into an infinity of dazzling reflections. 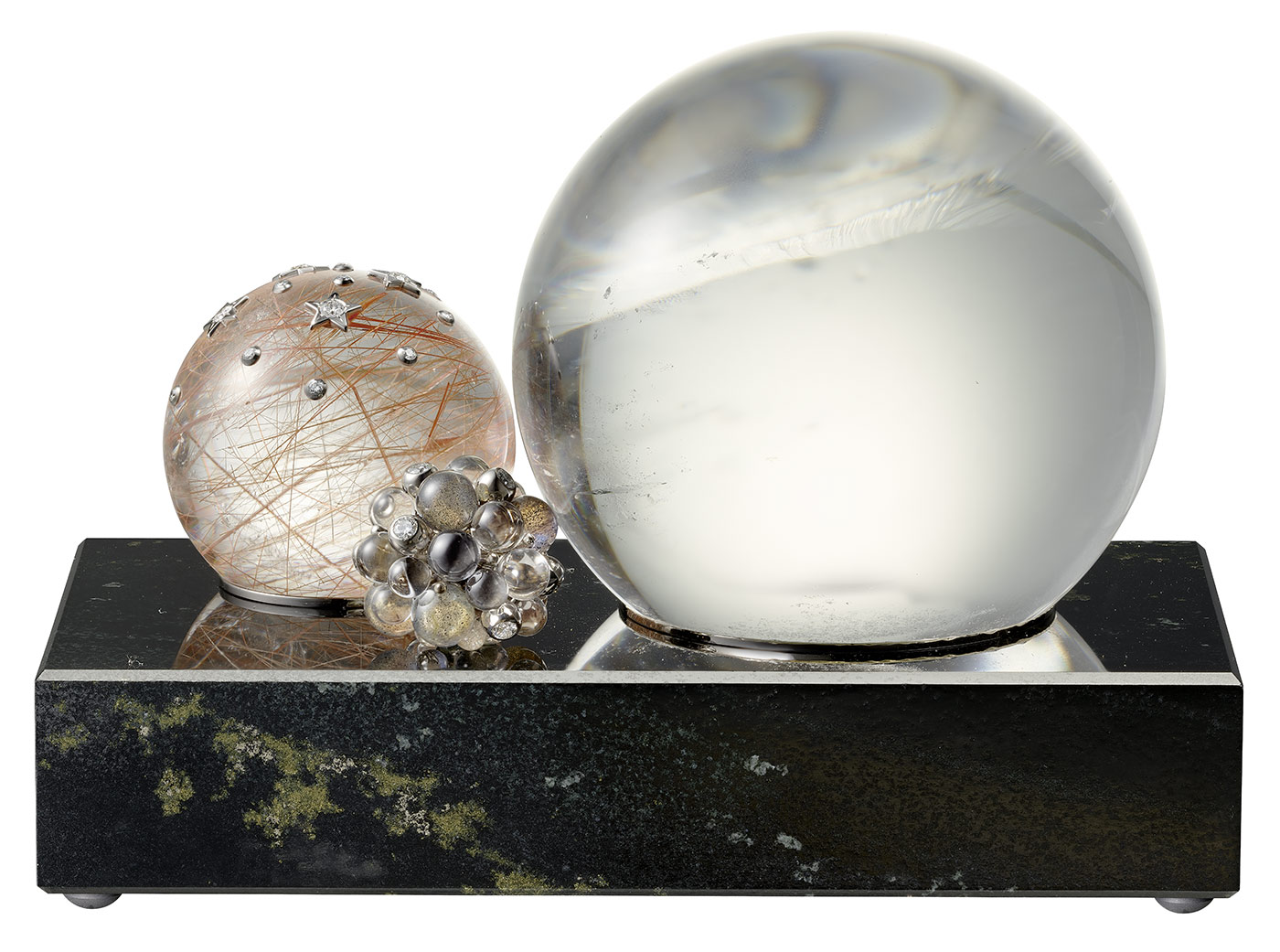 The ‘Lights of the Earth’ design — a ring, a bracelet and a large pendant — resembles the Earth viewed from space, with millions of red, yellow and blue lights merging into pulsating rivulets. Yellow sapphires, fire opals and diamonds move freely along rails of yellow gold, shine like an endless array of illuminations. 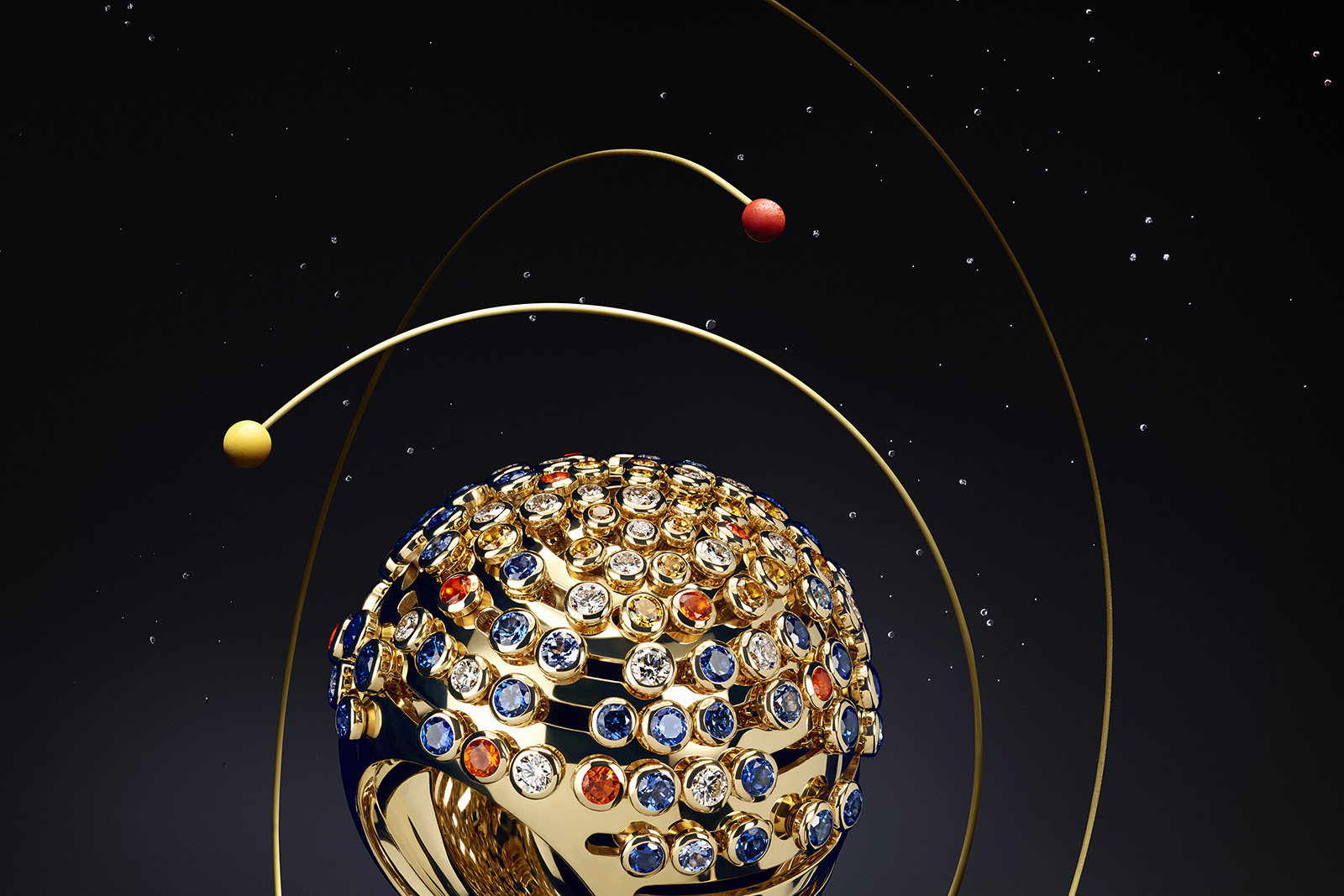 The ‘Trembling Stars’ piece consists of a ring, a bracelet and a table clock – creates galactic jewellery that reproduces the wonders of the Milky Way, the solar systems and of gravitational black holes. The shining stars are represented by diamonds – each one transmitting the far away light of the stars as a consequence of their shimmering Serti Vibrant setting. Protected by a hollow dome that gives the appearance of a bubble of rock crystal, these pieces of capsular jewellery are fitted on a metaquartzite base, that was first used in Cartier jewellery. This metamorphic rock is enriched with golden pyrite inclusions, which add further lustre to the piece. 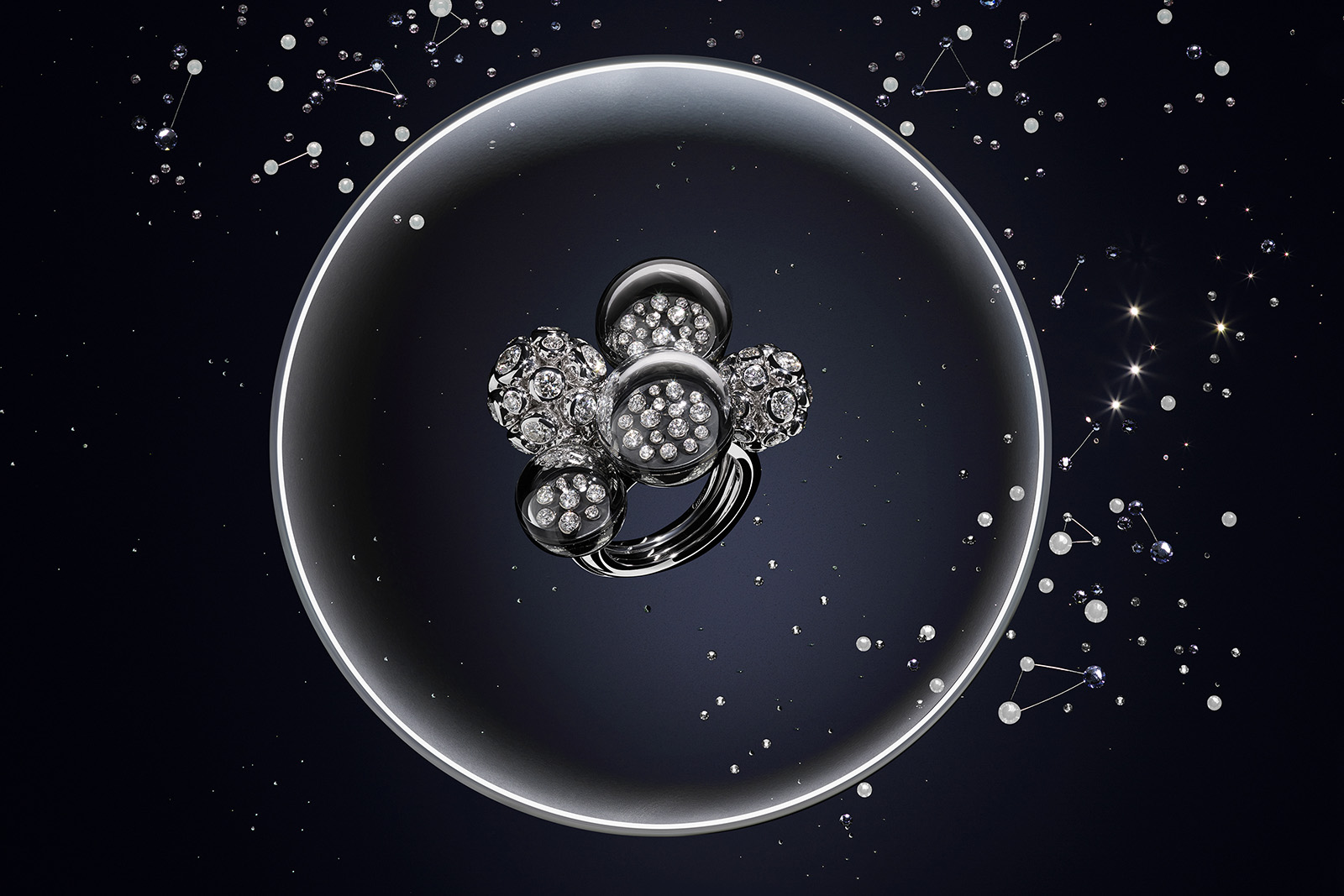 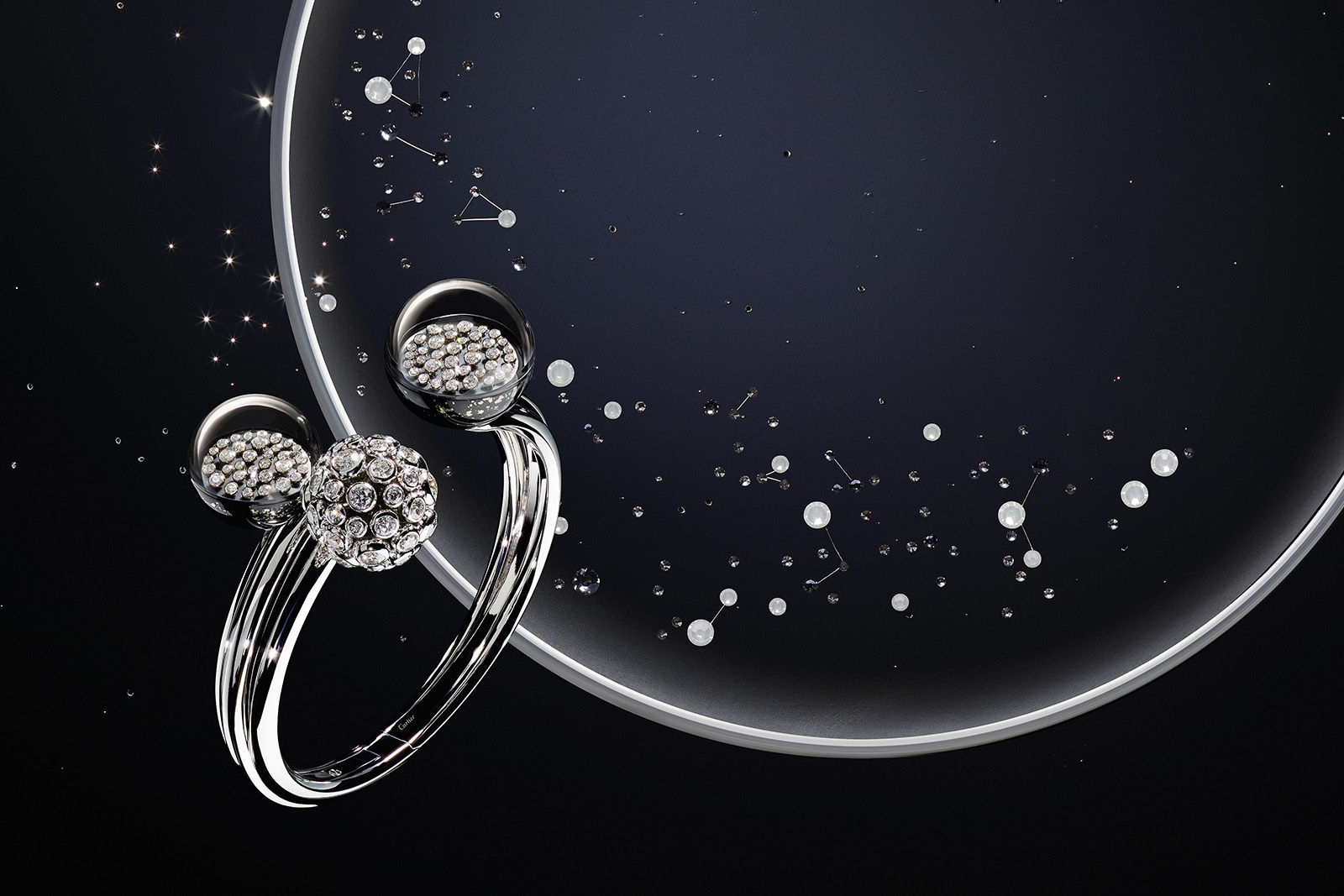 With the release of this new collection ‘Les Galaxies de Cartier’, interstellar travel is no longer limited to astronauts - all you have to do is choose your favourite galactic destination!