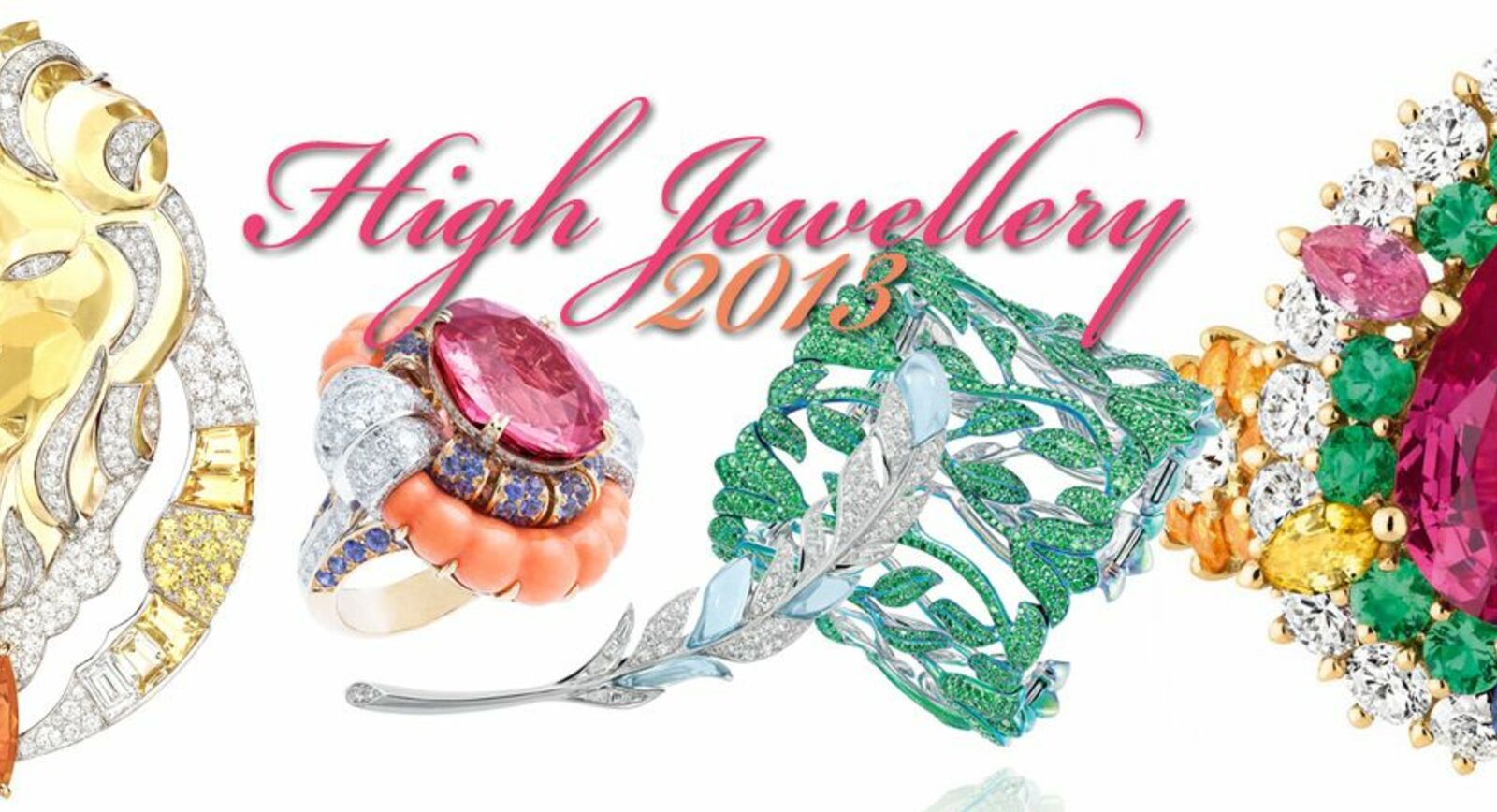 Following the very best traditions of the jewellery industry, the most renowned maisons released beautifully distinctive high jewellery collections in 2013. Glowing with the virtuosity and creativity of their craftsmen, Chopard, Cartier, Chaumet, Boucheron, Louis Vuitton, Van Cleef&Arpels and other revered brands have dazzled us yet again with masterpieces that have left deep impressions on the memories of many.

Each piece has had its own brilliant style, from the Indian decorative art-inspired works by Van Cleef&Arpels to the Renaissance influenced medallions by Louis Vuitton. Each maison has pursued its own artistic path, but in 2013 they were united by one common denominator: a bold fusion of rare precious stones. To bring the last year to a close, let us run through the scintillating array of the best haute joaillerie creations 2013.

A partner of the Cannes Film Festival, Chopard has spent the past seven years creating pieces destined for their annual Red Carpet collection. 2013 marked the 15th anniversary of the alliance between the film festival and the jewellery maison.

For the 66th ceremony, Chopard prepared 66 different creations inspired by the theme of love. Tender emotions were reflected in the delicate interweaving lines of the pieces, the rare stones shaped into hearts, and those eternal symbols of love: flowers. 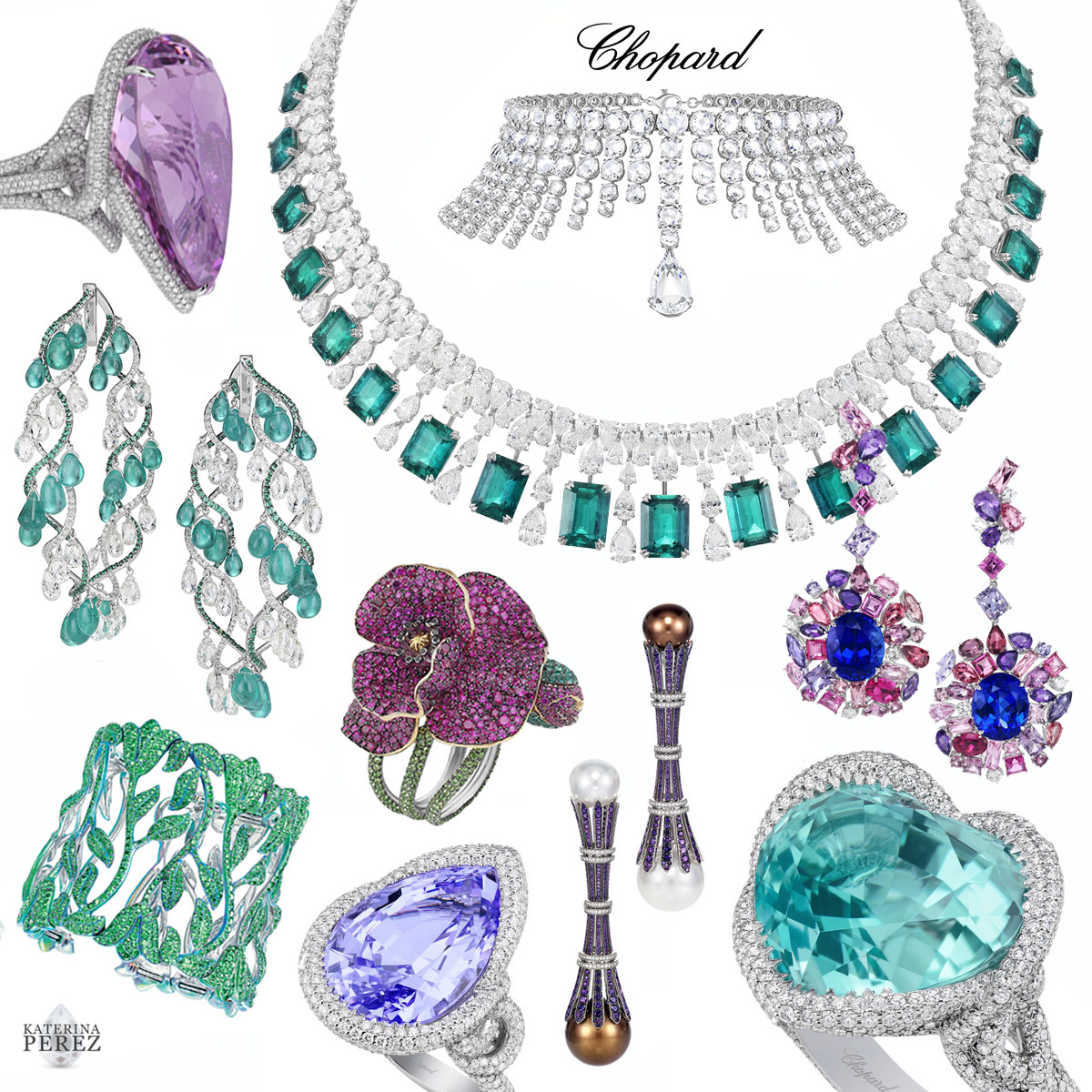 Feelings of love and passion cannot be helped when it comes to the eternally romantic Chaumet. The Hortensia collection included 24 pieces divided into three colour groups. It was in this way that Chaumet’s new creative director, Claire Dévé-Rakoff, could “narrate” the three most important stages in the life of Hortense de Beauharnais, daughter of Empress Josephine.

These are the story of her marriage to Louis Bonaparte, the period during which she lived under the patronage of Alexander I, and the time of her desperate love for the Comte de Flahaut de La Billarderie. All the varying emotions of these episodes are brought out in the blue, red, white and pink coloured rays of sapphires, tanzanite, tourmalines, pink opals and pearls. 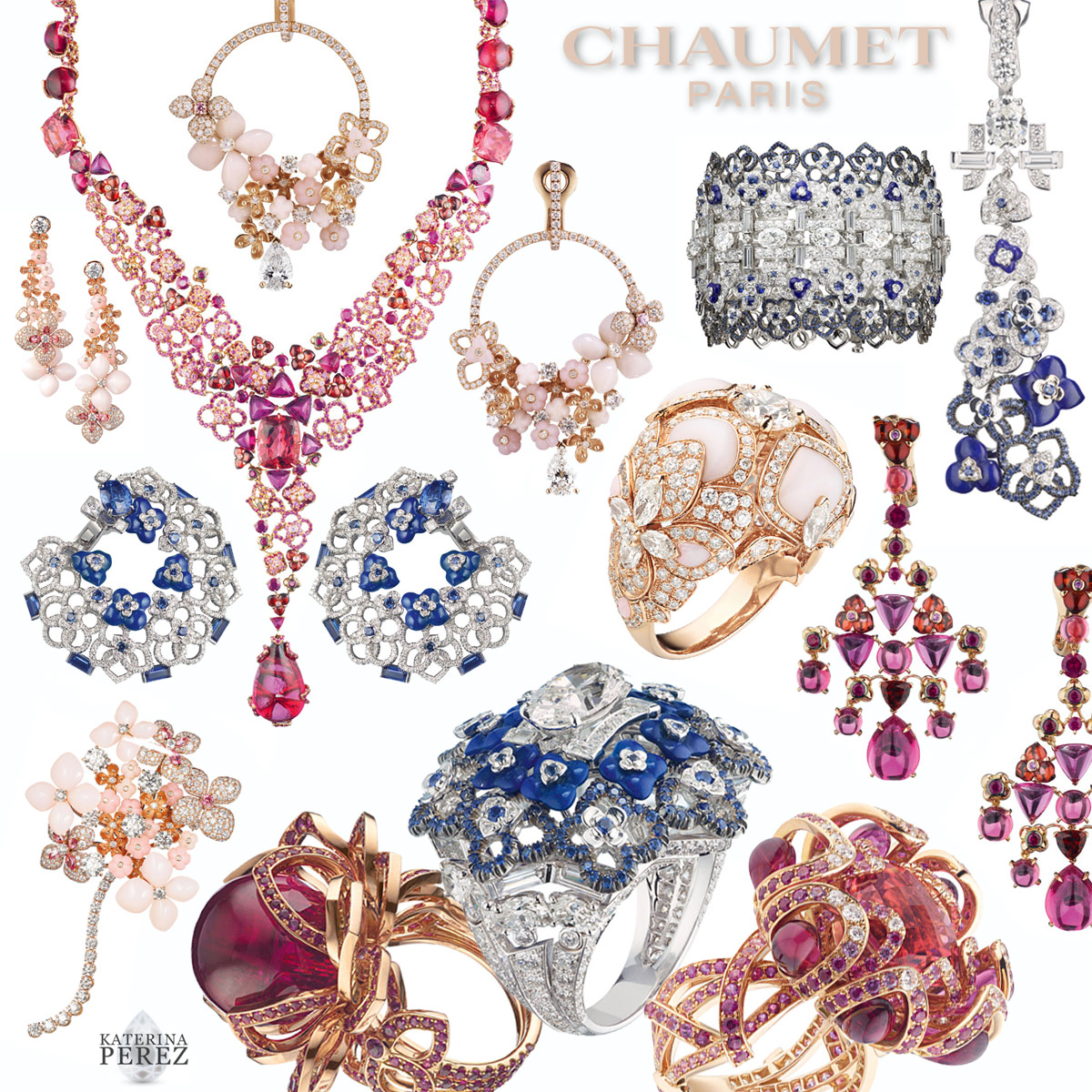 Tricks of colour can be seen in the high jewellery of Van Cleef&Arpels’ “Pierres de Caractère – Variations”. The collection’s 29 pieces are made of “stones with character” and split into three categories: bicolour contrasts, multicoloured combinations and similarly coloured stones.

Diamonds, aquamarines, turquoise, sapphires, emeralds and many other precious gems were elegantly put together to create necessary contrast corresponding to the theme. In each case, there is a mixture of shades clearly influenced by Indian and Middle Eastern decorative art. 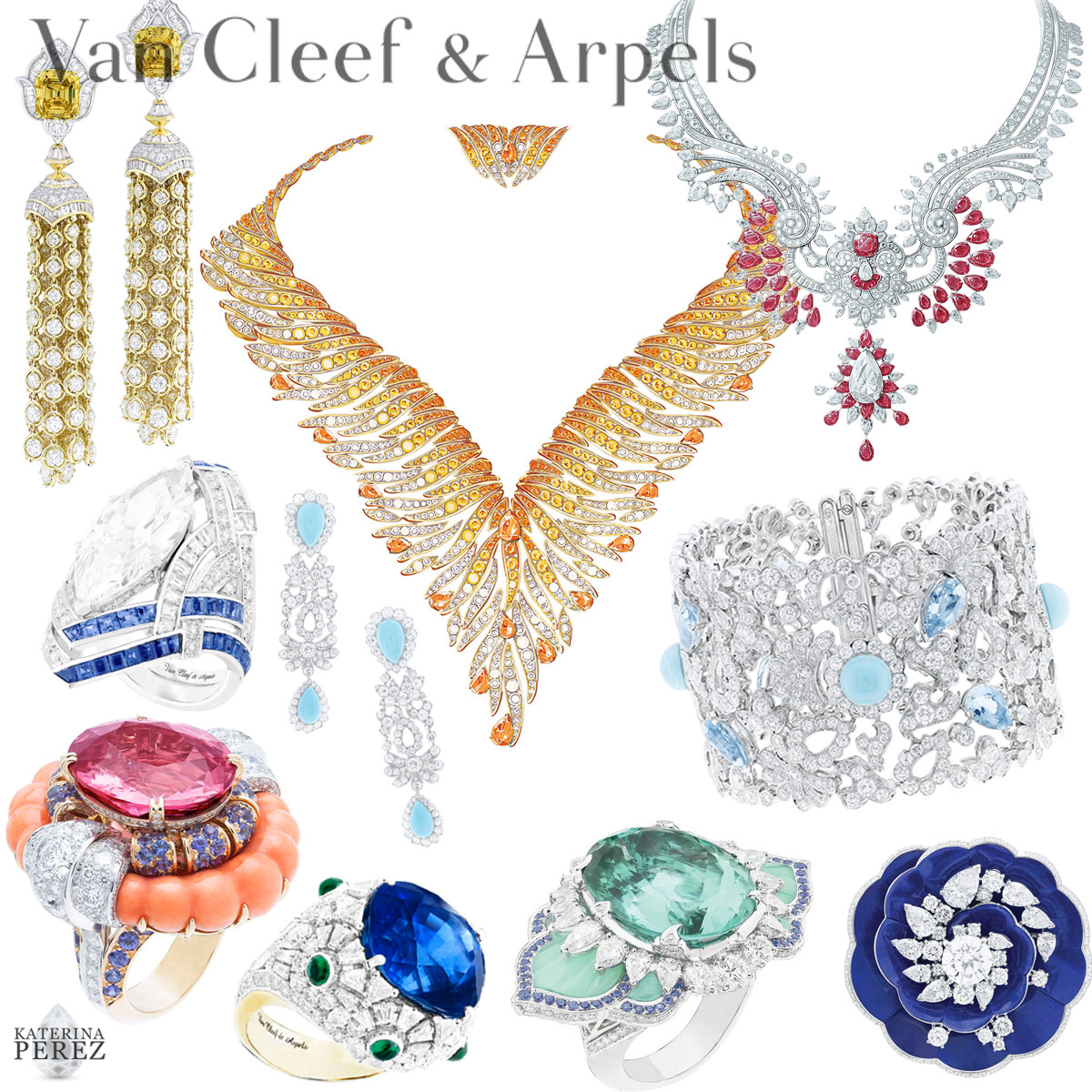 Boucheron, meanwhile, has chosen to play not with colour but with light. Under the direction of the maison’s creative designer, Claire Choisne, “Hotel de la Lumière” was born, a collection dedicated to the maison’s 120th anniversary. In this collection, the designer managed to convey her overwhelming gratitude to the maison’s founder Frédéric Boucheron.

The name of the collection was no accident: Boucheron opened his first boutique at number 26 Place Vendôme where, from morning until night, bright rays of daylight flooded the display rooms making his works shimmer and glisten. 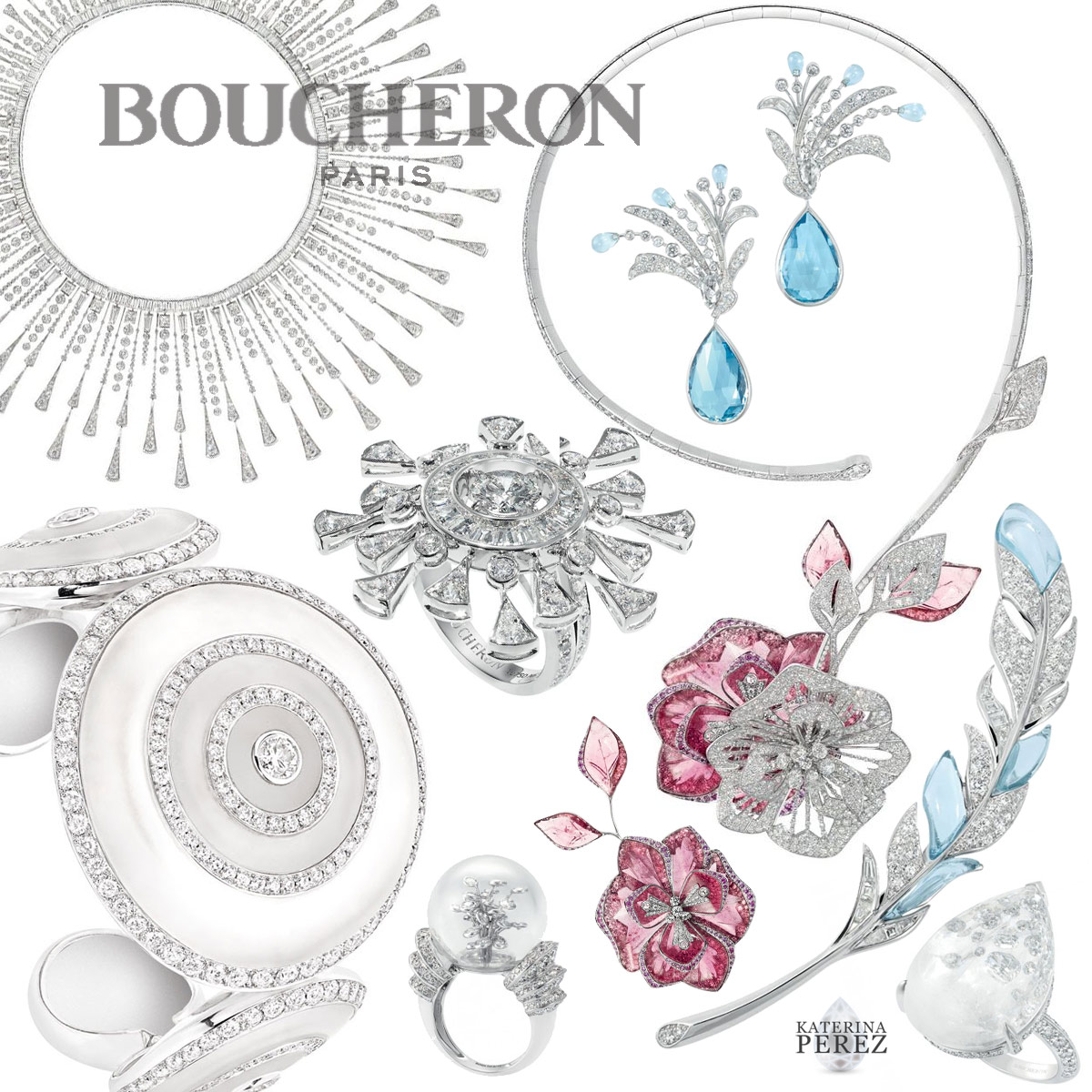