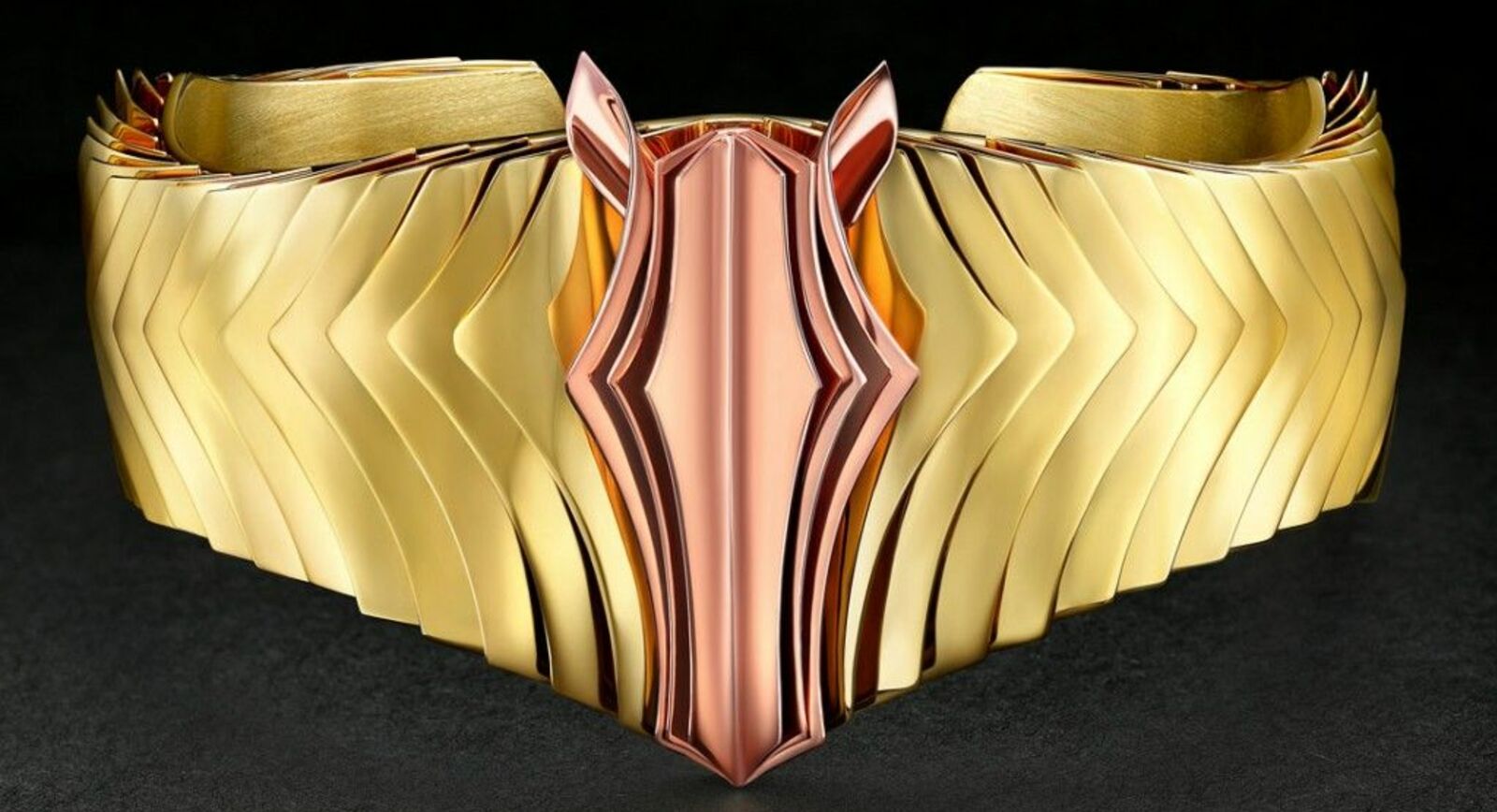 TTF Haute Joaillerie Competition: the Best Horse Designs are Selected out of a Proposed Thousand 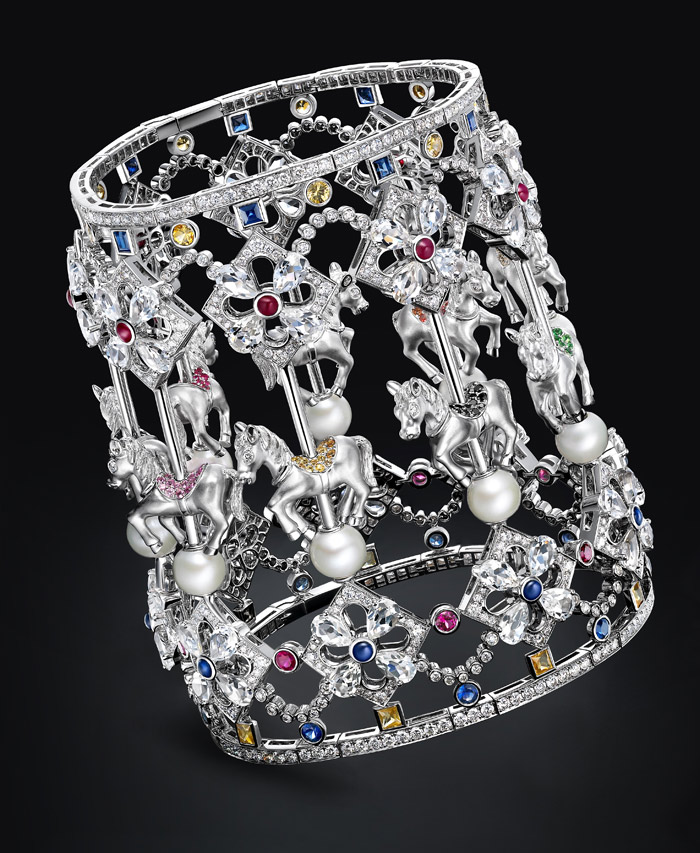 2014, the Year of the Horse according to the Chinese calendar, happens to be the fiftieth anniversary of Franco-Chinese diplomatic relations. In honour of this momentous occasion, the Chinese jewellery company TTF Haute Joaillerie (Today, Tomorrow, Forever) has held an international competition for designing talent which I’d like to tell you a bit about. The participants were offered the chance to develop their own version of a piece of jewellery whose essential element had to be a horse.

To start with, I’d like to point out that TTF Haute Joaillerie is one of the few Chinese jewellery brands that appear on the international scene. The brand was founded in 2002 in Shenzhen where its head office and workshop are.

Last year the General Director of TTF Haute Joaillerie Franck Wu wanted to show the world that the stamp of “Made in China” doesn’t mean poor quality and so opened an office in the very heart of Paris’ jewellery environs on 12 Rue de la Paix. To increase the chances of an international success, Wu appointed the former head of the Van Cleef & Arpels workshops, the talented Frenchman Jean Boggio, to be Creative Director. Of the 13 years he has worked in the jewellery industry, Boggio has spent 7 years in China, something which has allowed him to look at things with a truly global eye. 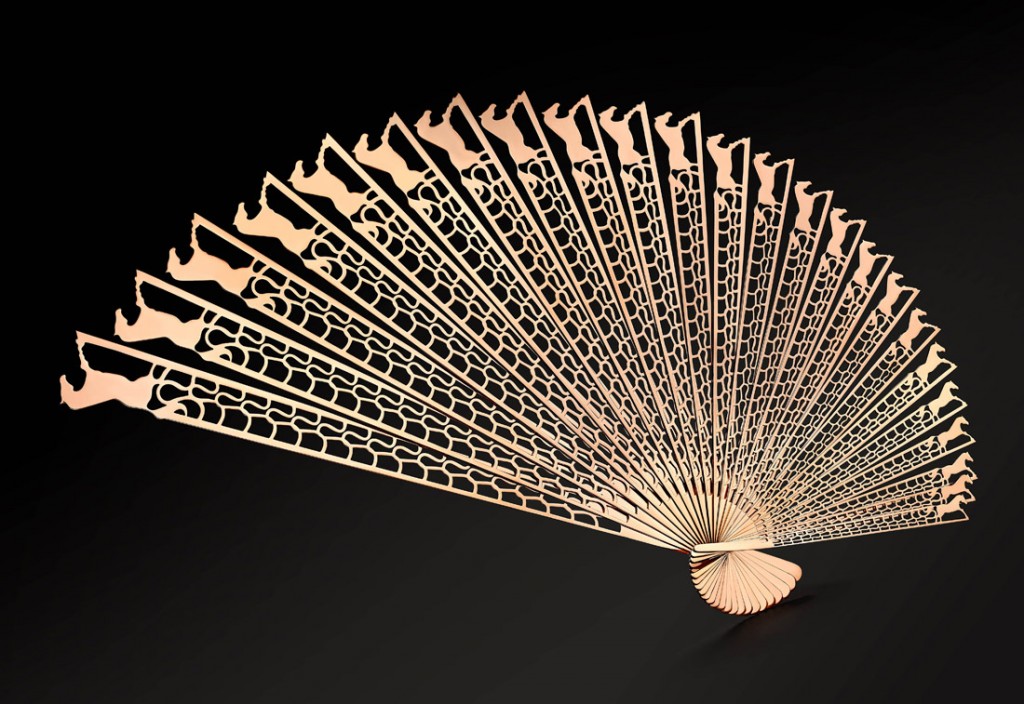 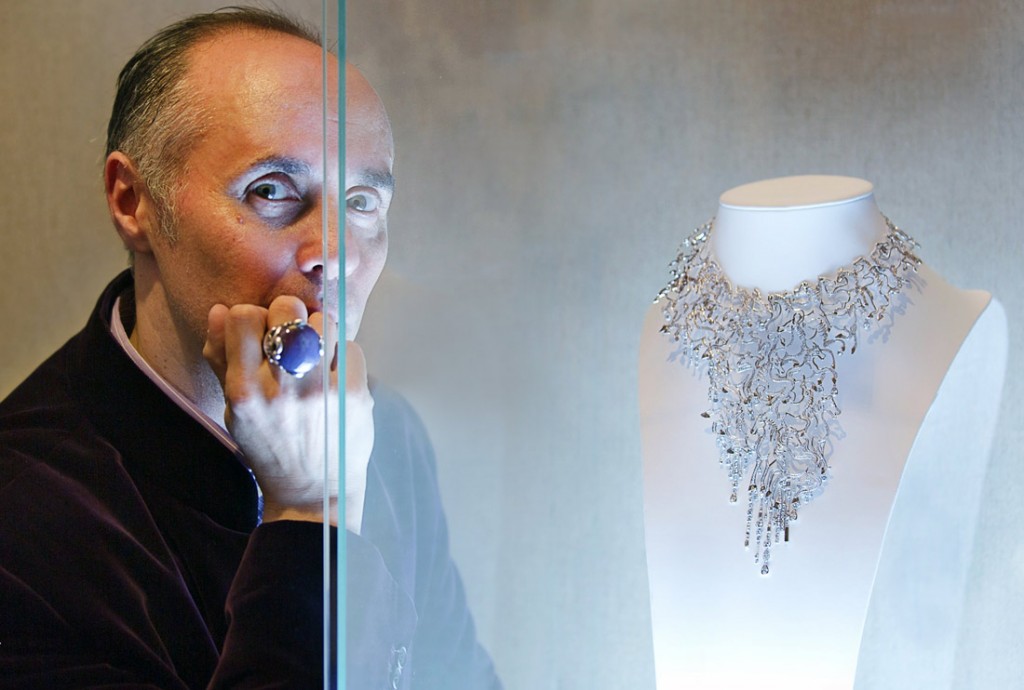 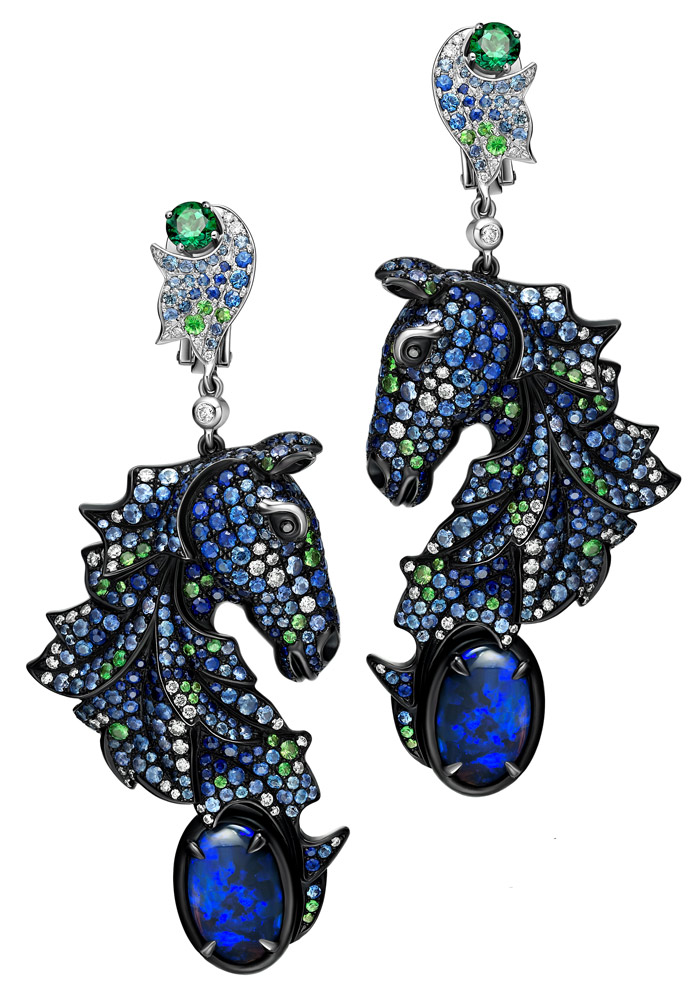 At the competition, each designer was faced with the task of conveying through the language of high jewellery the strength and tireless energy of horses, animals which are equally loved in the West and in the East. Roughly 1,000 people from different countries set to work on the challenge, each in the hope that their design would be among the chosen winners. The prize that awaited the winners: the creation of their designs in the very best workshops of Place Vendôme and the atelier of TTF Haute Joaillerie itself.

“The European panel was made up of 8 people, 6 Europeans and 2 Chinese journalists,” says Jean Boggio. “On 25th November 2013 we worked from 8am until 10pm to choose the best 100 designs out of the 1,000 applicants. A week later I went to Beijing where I was the only European on the panel of Chinese judges headed by the director of the Chinese Harper’s Bazaar. They chose almost exactly the same designs as the Europeans and we settled on the best 10”.

The judges chose works not only for their original designs but also considered the subtext of each submission. Su Mang (see below), for example, chose to focus on the subject of decor in the form of two golden tree branches. When looked at separately they don’t look like anything special but when you place them together the clear outline of a horse’s head can be seen. The two elements in Mang’s work symbolise France and China and the fact that they create the finished composition together reflects the strong links between the two countries.

After making the winners’ pieces, a series of exhibitions was held. Jean Boggio’s idea was that the horses had to go on a round the world journey that started in France. At the beginning of this year, the Ministry of International Cultural Affairs of the People’s Republic of China, together with the culture attaché of the Chinese Embassy in France, held the event in Paris. Guests at the evening party admired the works designed by the winners of the competition as well as the horses offered by famous designers such as Piaget, Poiray, Lydia Courteille and Marchak. These brands were invited separately to take part. KP 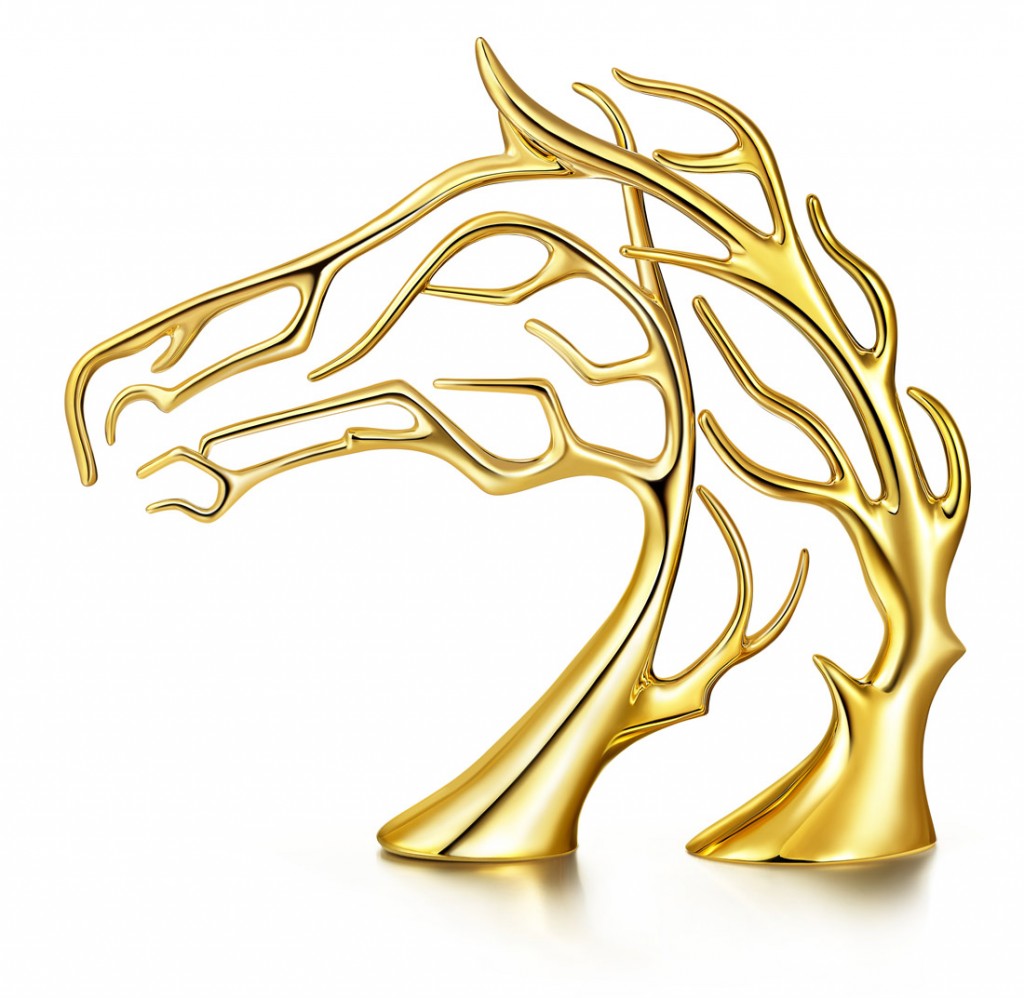 The “Traditional Chinese Spring Festival of Happiness: An Exhibition of Jewellery Designs Dedicated to the Year of the Horse 2014” was open from 19th February until 3rd March 2014 after which the exhibits were sent to TTF’s home town Shenzhen. The next venue for the exhibition is not yet known. 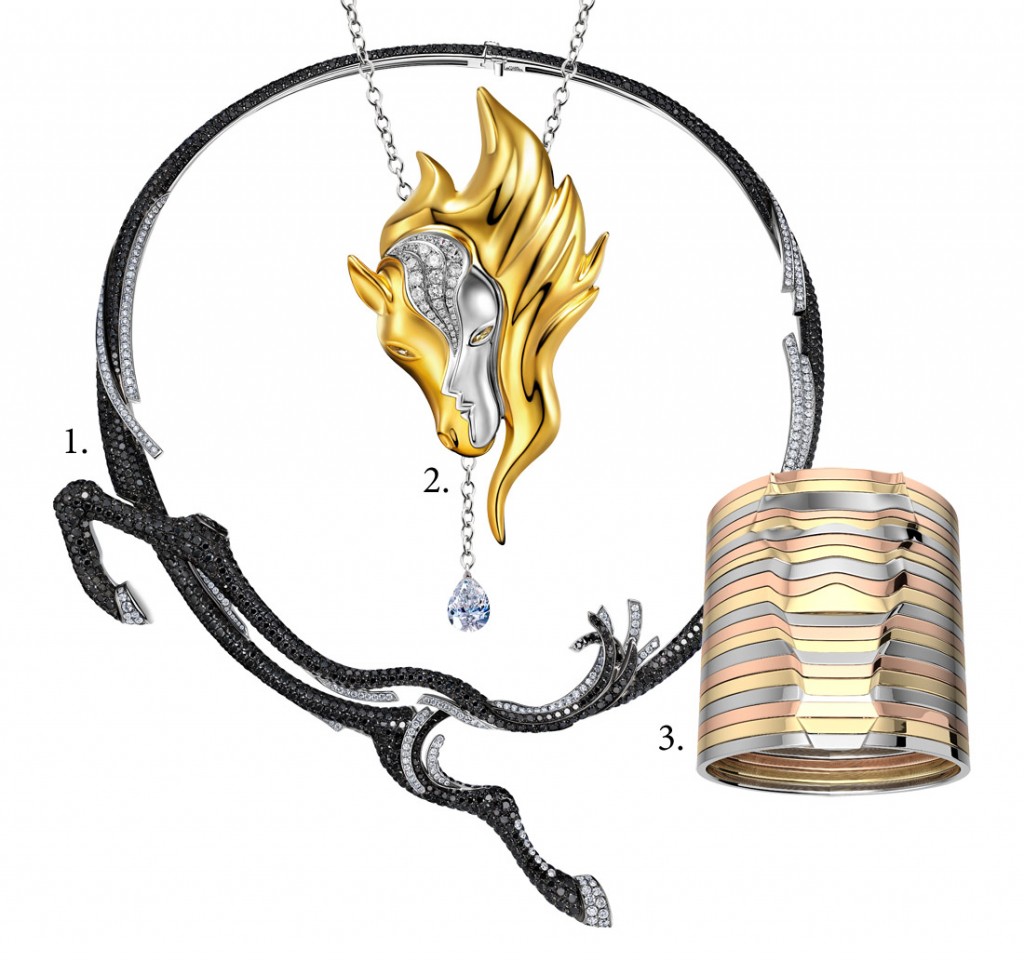 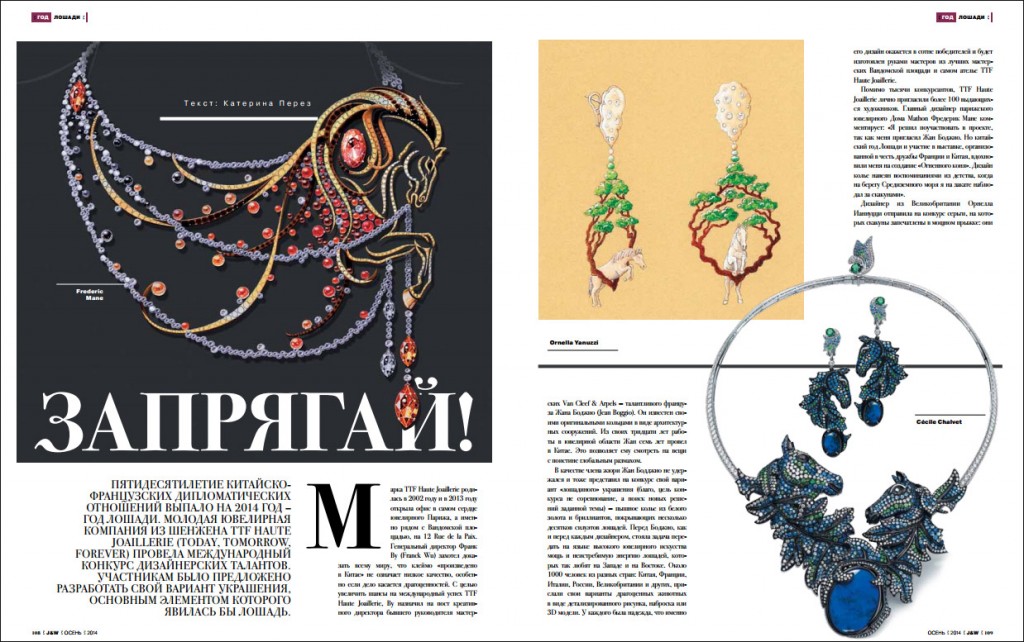 P.S. The full article by Katerina Perez about TTF and the Year of the Horse was published in the Autumn issue of J&W Russia magazine. On the left hand side you see a drawing of a necklace by Frederic Mane and on the right is a pair of earrings by Ornella Iannuzzi