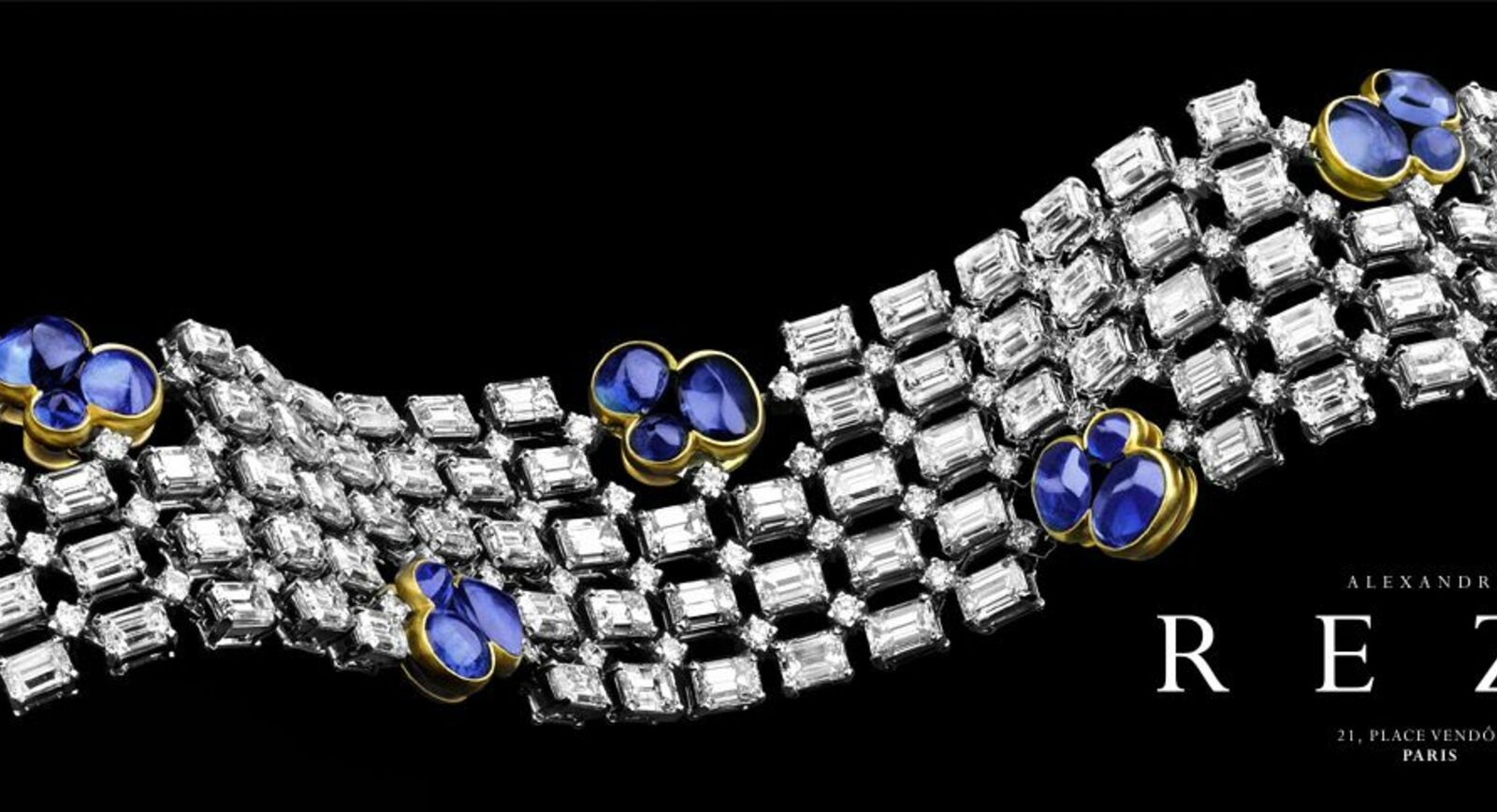 Discovering the world of Alexandre Reza 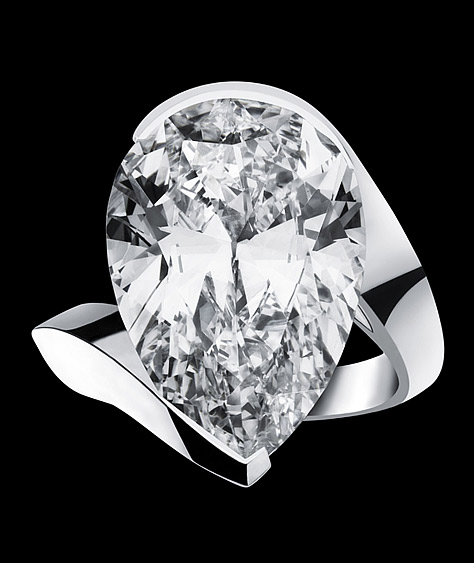 If you are still not familiar with the name Alexandre Reza, then I suggest you get curious and immerse yourself in a world of stones so precious that you feel as if you must be dreaming. If they are part of a jewellery piece, then the overall effect is simply incredible.

The baton of leadership was soon passed by Alexandre to his son Olivier Reza. In 2008, Olivier studied the company records, valued the jewellery stock and began to restructure the company. As a result, five boutiques in different locations around the world were closed and the focus of the business became the very heart of Paris: the Place Vendôme. Here, on the second floor above Louis Vuitton’s flagship, Alexandre Reza’s team “conjures up” its creations and their private clients are received.

I must say that I have really been looking forward to visiting the showroom that has been set up for Paris Haute Couture week this year. Who wouldn’t want to find themselves on the other side of that closed door which is only identified by a small sign with the name? 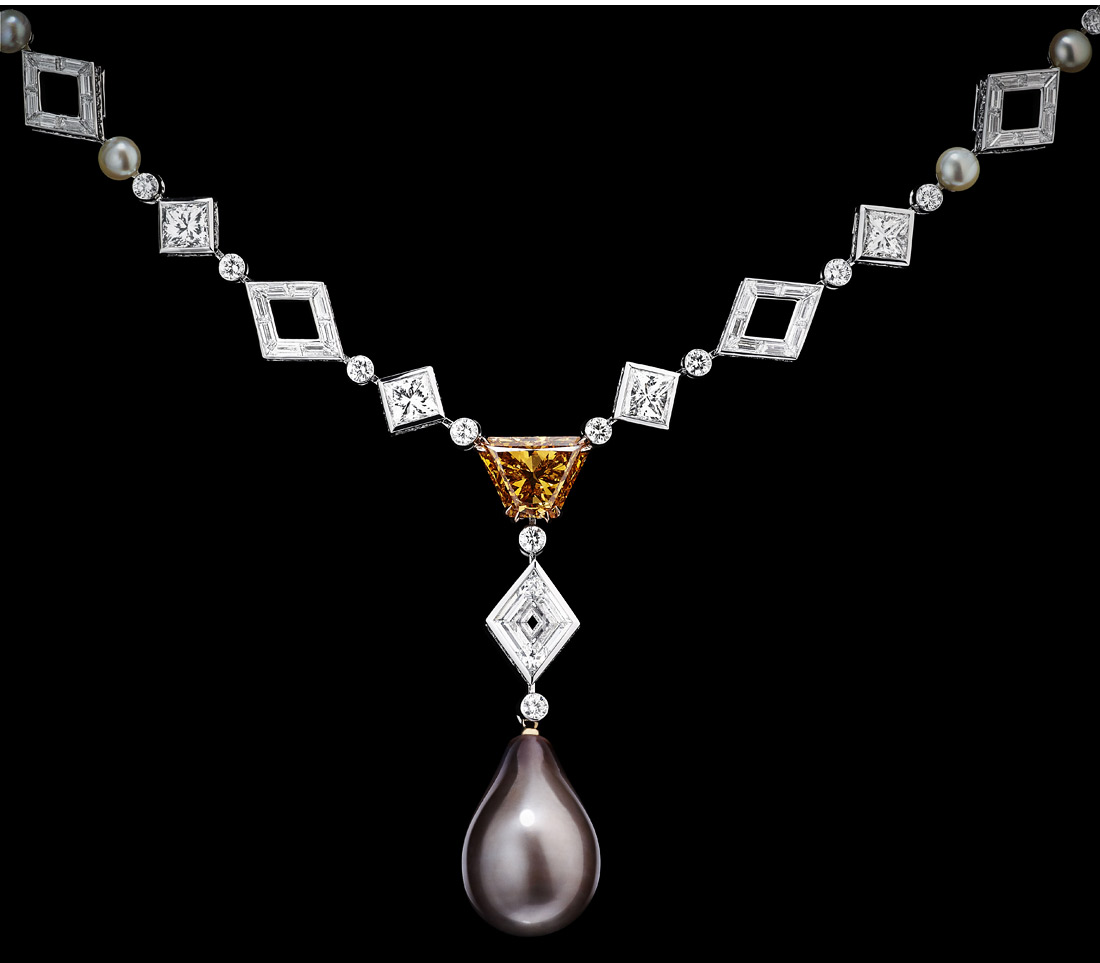 Alexandre Reza L’Irremplacable necklace with diamonds and a pearl 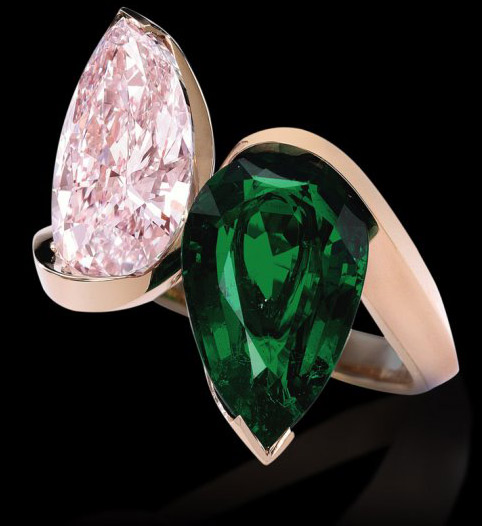 In the showroom, I was awaited by works of high jewellery art that I not only wanted to look at for the aesthetic satisfaction; I also wanted to understand what techniques Reza uses to imbue classic stones with an artistic modernity.

In the first dimly lit hall there were small display cases positioned on walls like some sort of mosaic. In all of them was only one piece as each of them was worth considered admiration. My attention was first caught by Toi&Moi ring made with a Zambian emerald and a five carat pink diamond. The ring is simple to the eye but one that dazzles with the natural beauty of its precious stones and precise structure. The merald and the diamond rest on curved cradles of pink gold that smoothly skirt around the stones at their base and edges.

After studying the ring, I turn my attention to the half-moon shaped earrings (see below). Their silhouette was punctured by diamond discs that are positioned perpendicularly to the angle of the earrings’ delicate yellow gold rib-like frames. Their construction is definitely intriguing. The diamond pin, as usual, is placed into the front side of the ear meaning the half moon is fixed onto the back, its half circle sticking out and curving towards the wearer’s cheekbones. They definitely look more effective when worn than when they’re on display. 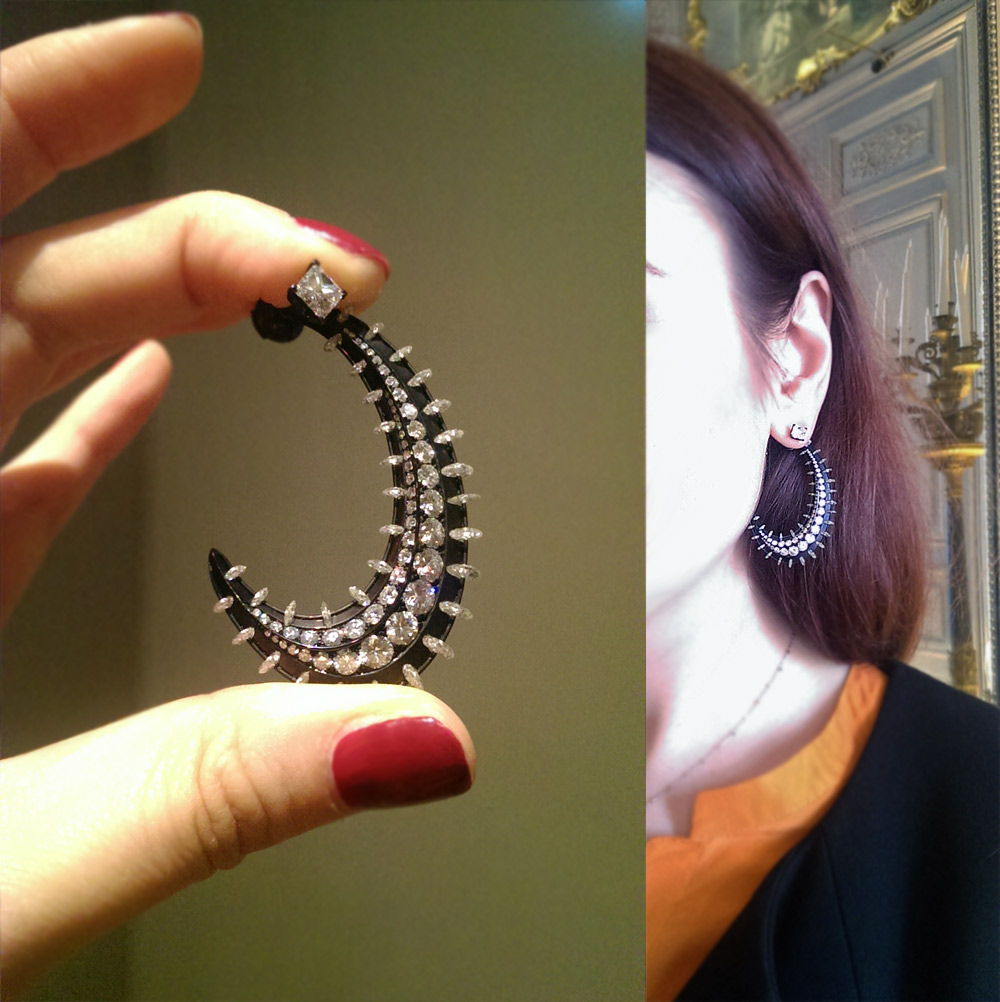 I thought that the earrings with diamond and ruby flowers (see below the emerald earrings) were also remarkable. The flowers were fixed onto the earrings using a “trembling fixture”, a special mechanism used by Reza: it allows the stones to shake and sparkle at the slightest movement. 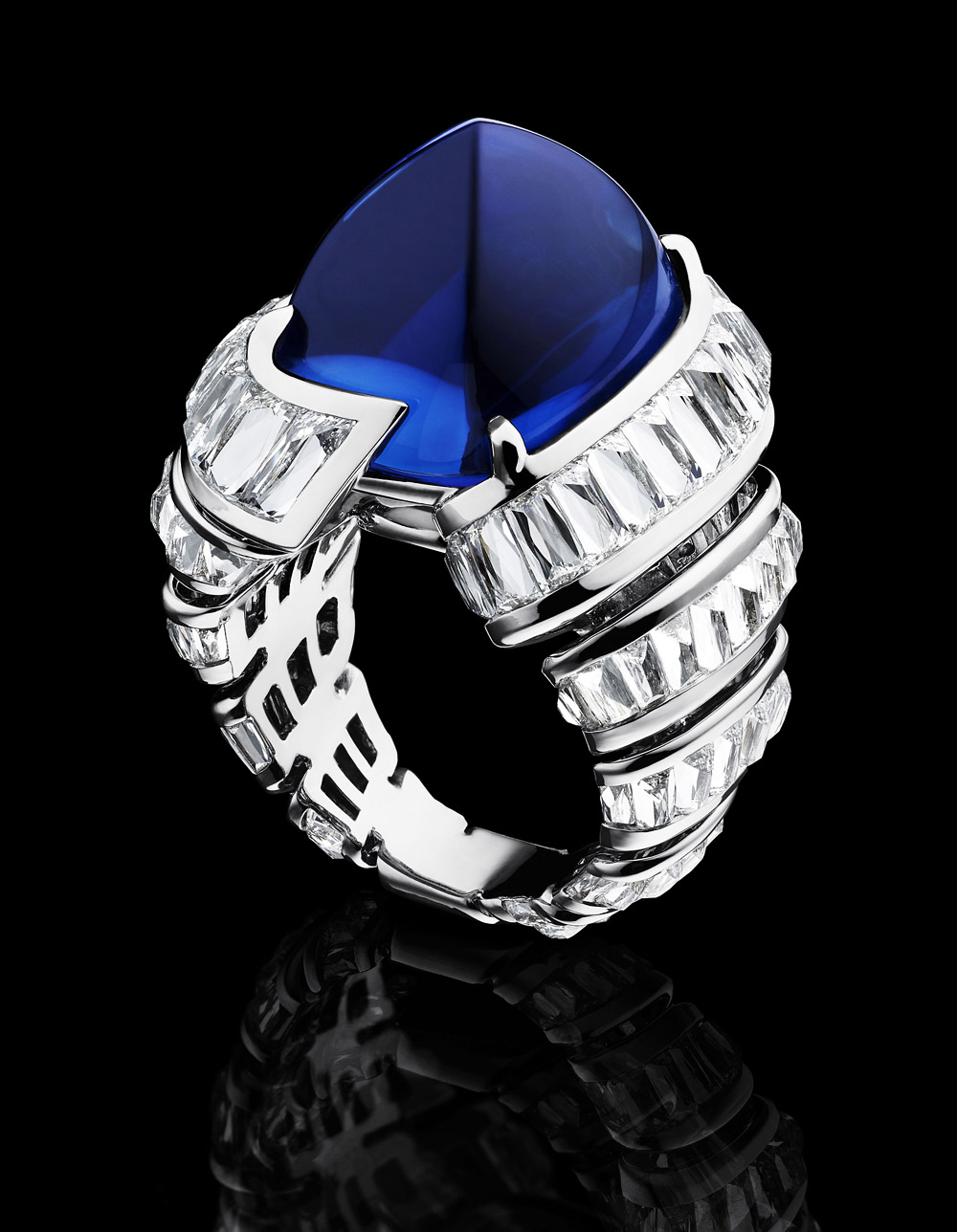 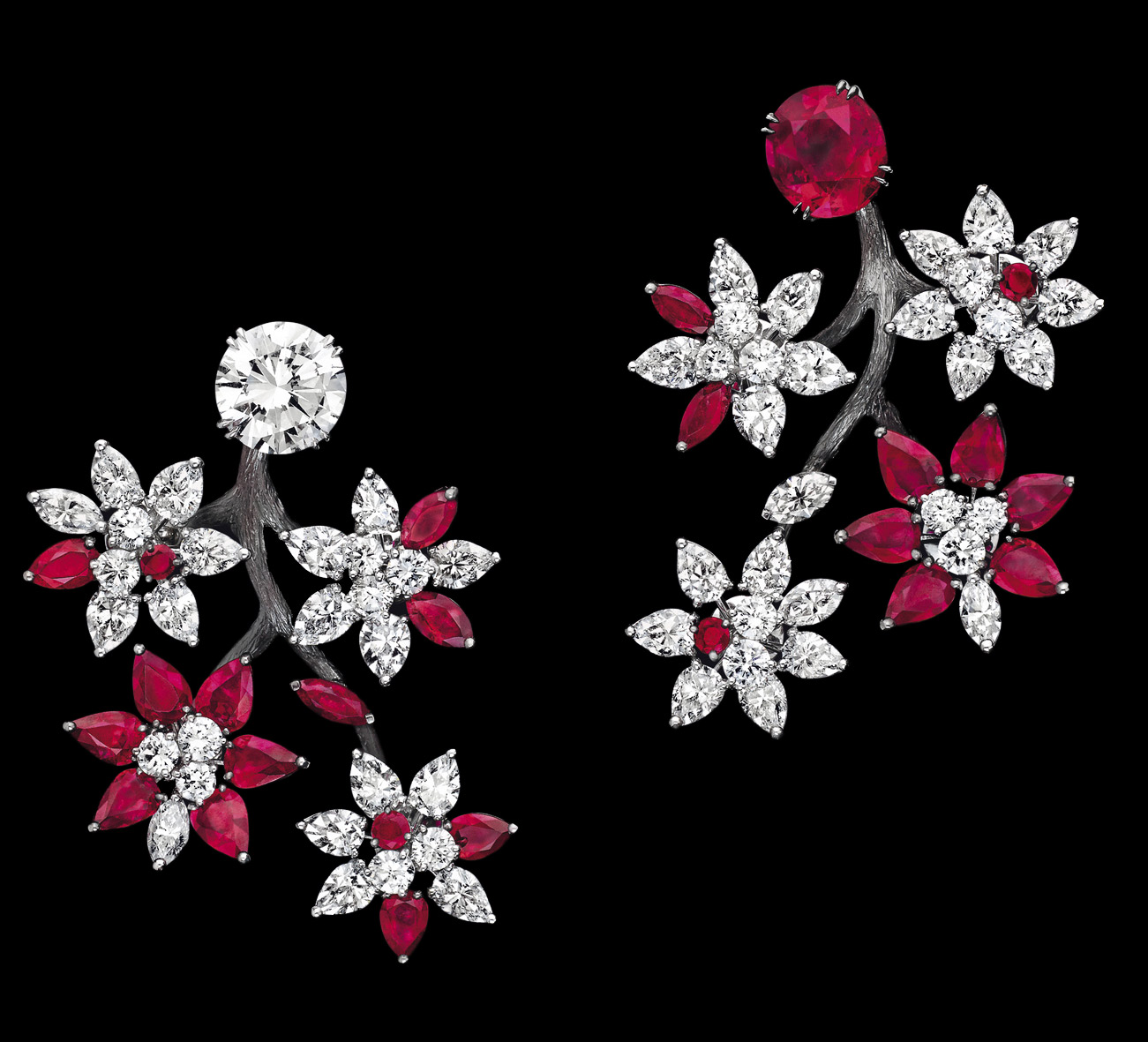 It was impossible to walk past the Turban sugarloaf sapphire ring (see below) – sugarloaf is one of my favourite methods for faceting stones. The 27 carat Ceylon stone looks particularly good next to the spiral of diamond stripes that decorate the frame of the ring.

In the second hall, which was brightly lit in the Empire style, I was met by Olivier Reza. He animatedly talked about Reza’s creations and then he asked for one of the pieces to be brought that I just had to try on. A pair of long earrings with oval emeralds faceted in a traditional style and framed by stripes of diamond was brought into the hall. Their style was simply geometric but their extravagance was hidden in the detail. Needless to say, I really didn’t want to part with them.

After looking at the items on display, I passed a verdict: Alexandre Reza’s work is strikingly effective and dramatic. There’s something bigger in it than just the stunning emeralds, rubies, sapphires and diamonds; the rings, earrings and necklaces have an interesting architectural style that is simultaneously both rich and laconic. It’s clear that the designer is man. Even Alexandre Reza earrings that are shaped like twisted ribbons are more like frozen streams of coarse satin than silky hair bows. KP 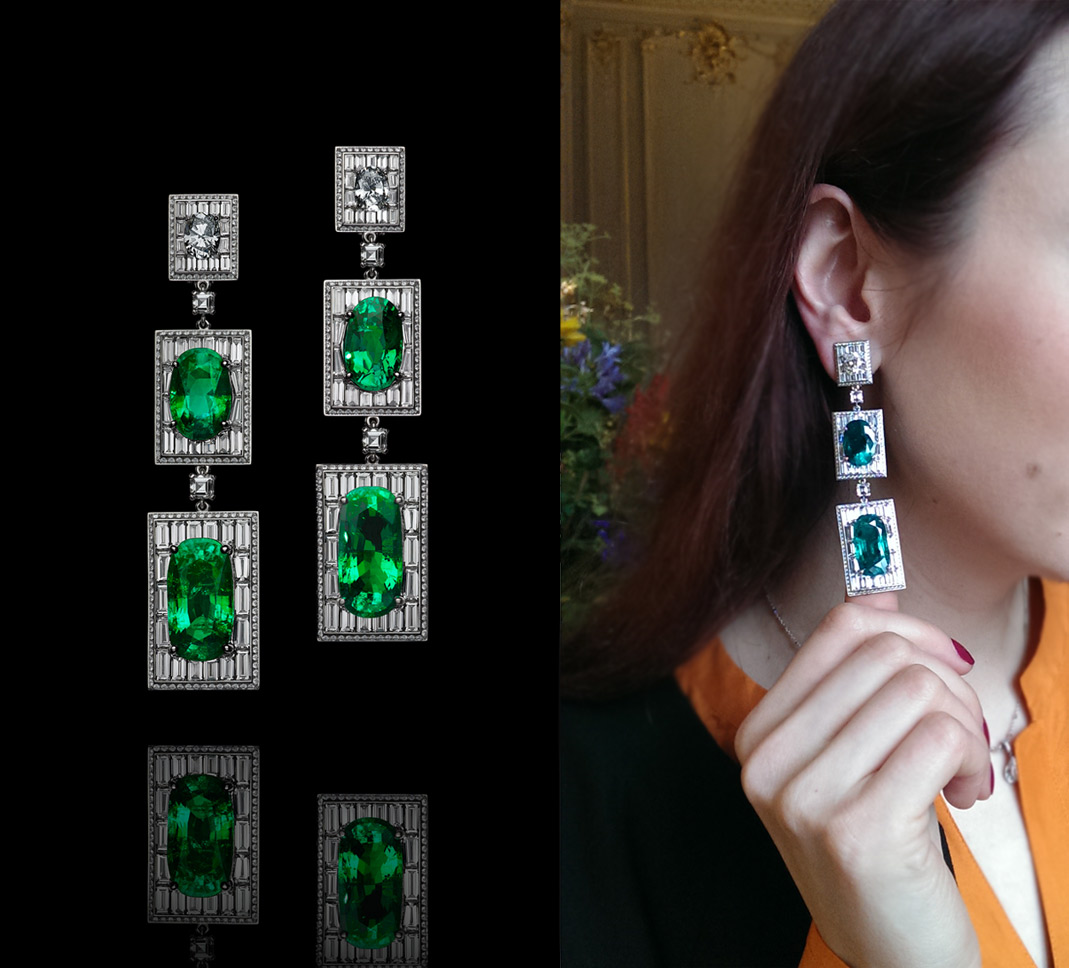