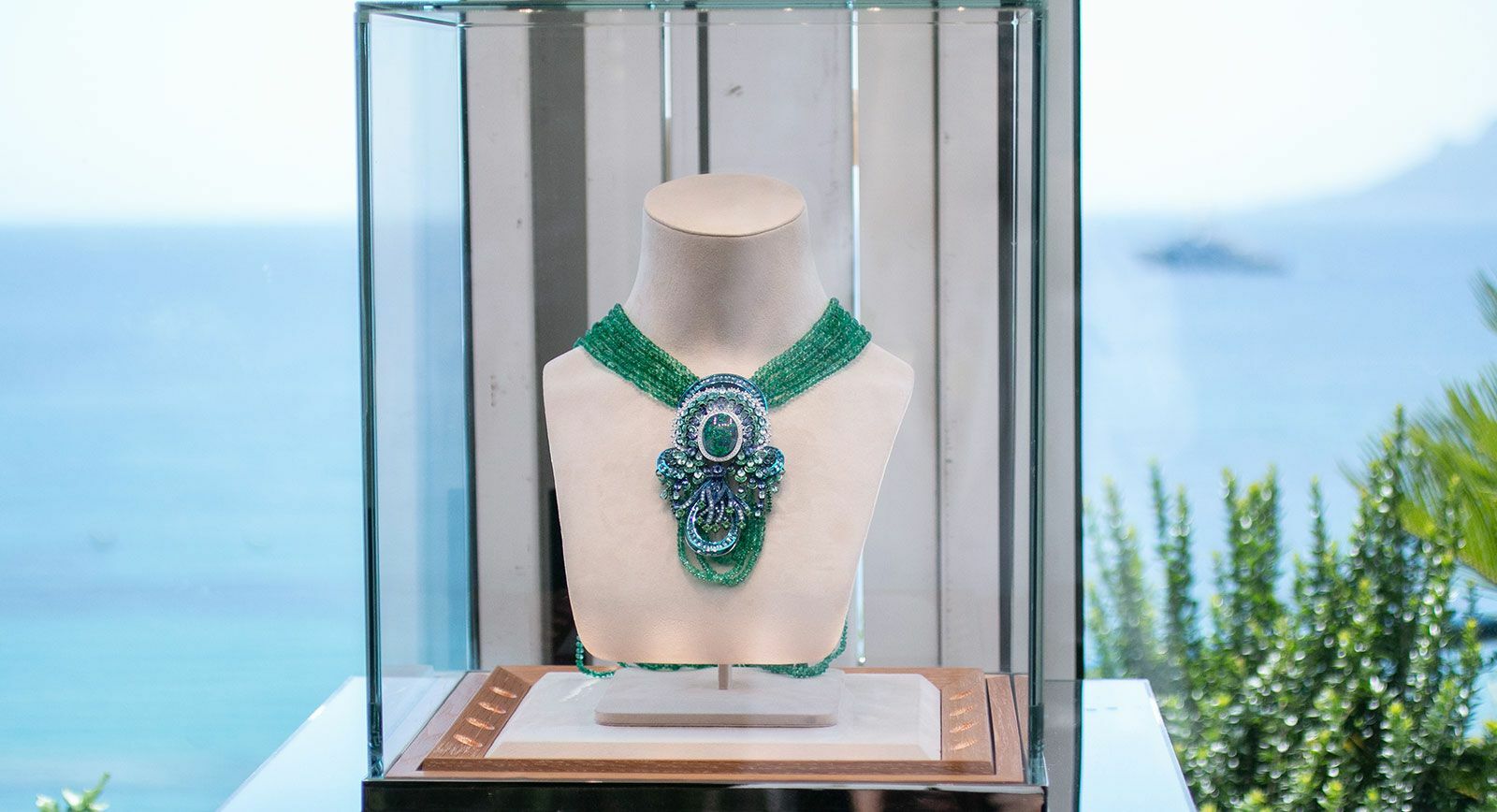 As the official partner of the Cannes Film Festival, Chopard releases an annual Red Carpet high jewellery collection that’s presented during the eleven-day event. This year, the creative director of the brand, Caroline Scheufele, has once again chosen a dreamlike theme, entitling her collection Paradise // Eden.

This year I was lucky enough to go backstage at Chopard and see most of the collection in the flesh. At the invitation of the brand, I went from Paris to Cannes with Caroline Scheufele to present the new works to the international press in the most common format of the present moment: online. On the day of the official opening of the Cannes Film Festival, we conducted a live broadcast from the Martinez Hotel, a sort of temporary residence for the brand during the festival. Every year Chopard rents rooms on the top floor of the hotel with panoramic views of the Bay of Cannes. There are parties, as well as meetings and presentations of new jewellery for clients, brand guests, the press, and celebrities. 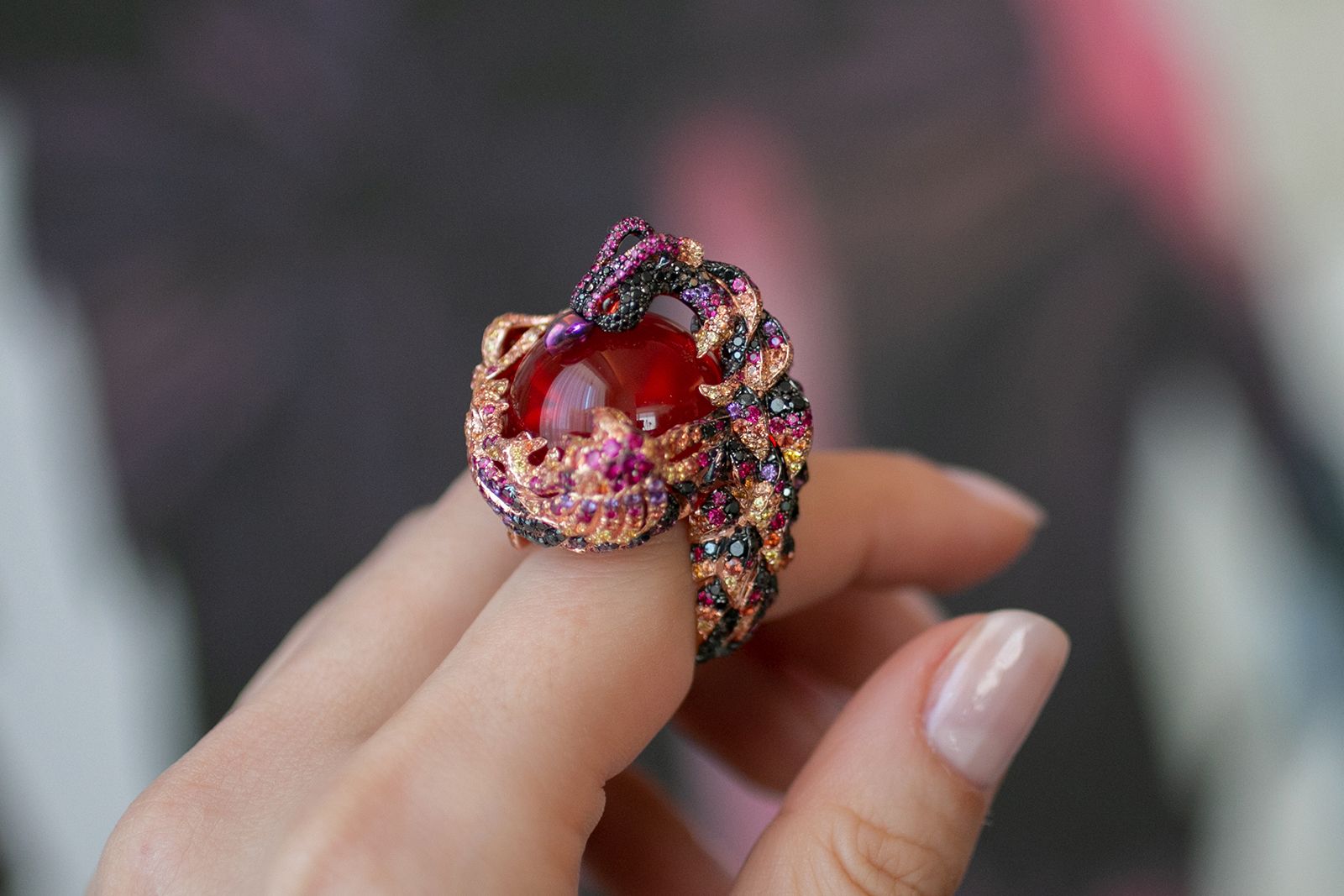 According to this already well-established annual tradition, Caroline and her design team devise as much Red Carpet jewellery as the film awards ceremony can handle, and the company's jewellers manifest her visions into reality in their own Chopard workshops in Switzerland. In 2021, the collection brings together 74 masterpieces all in different styles: classic necklaces with investment stones, fancy titanium jewellery and even jewellery taking the form of animals and flowers. 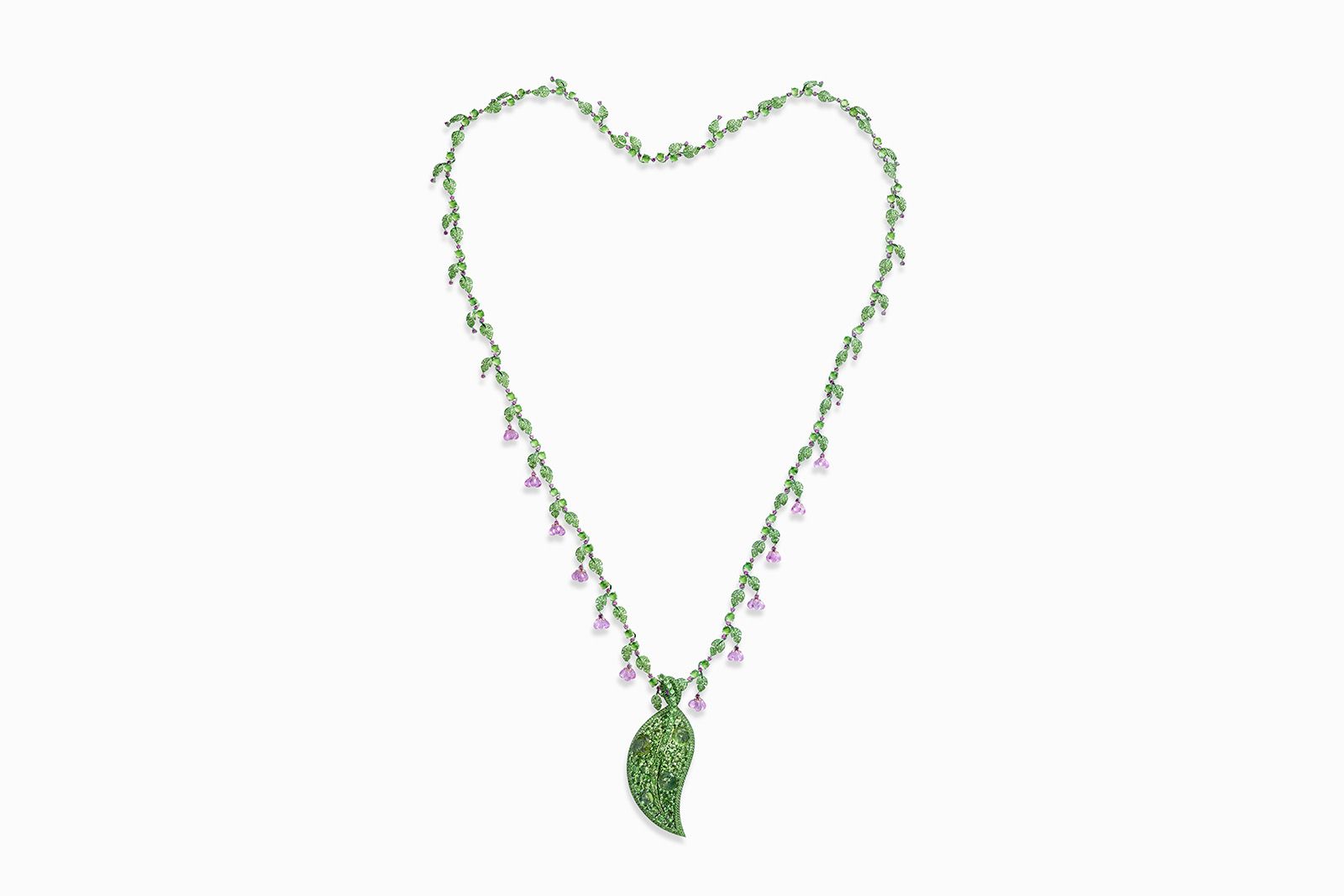 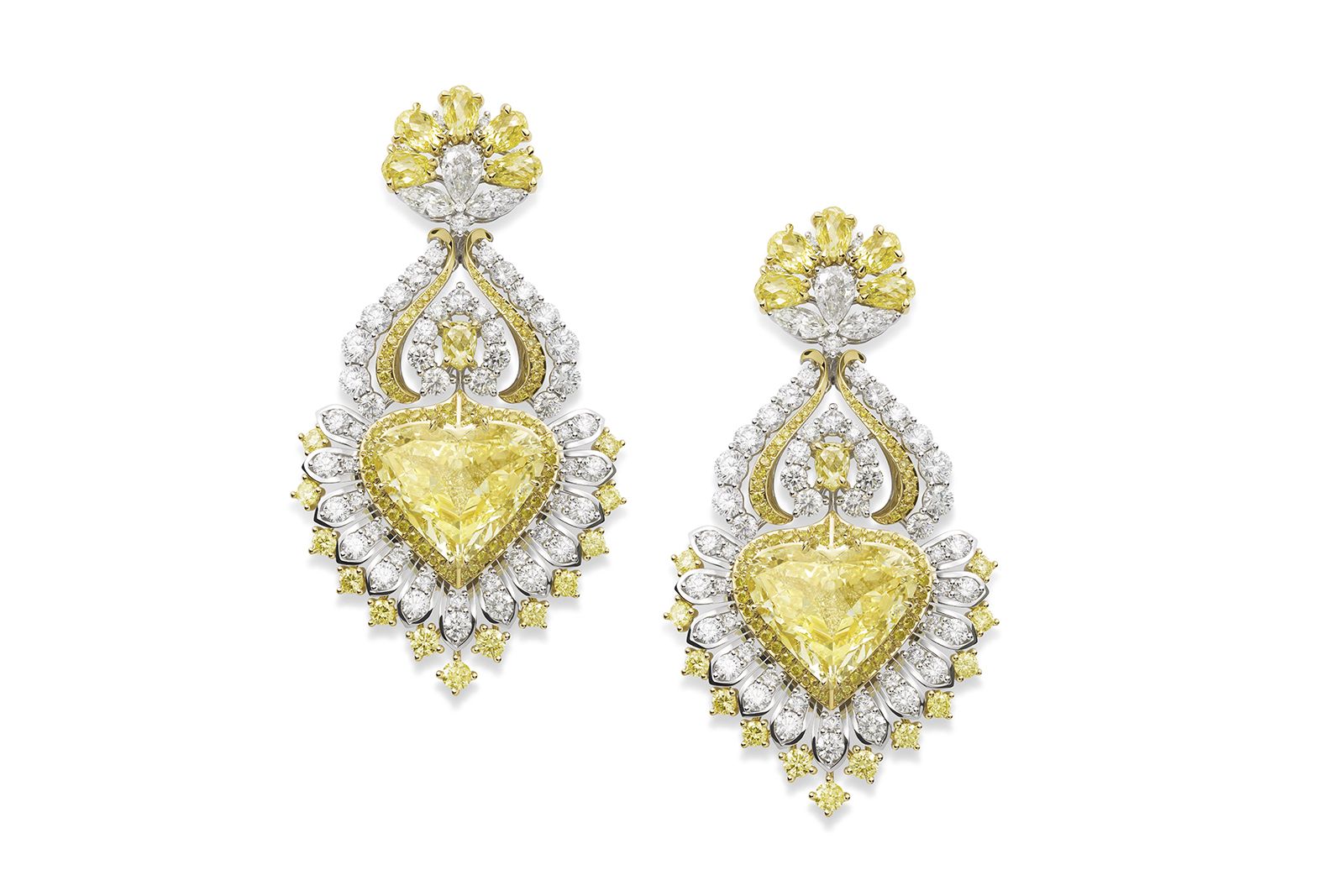 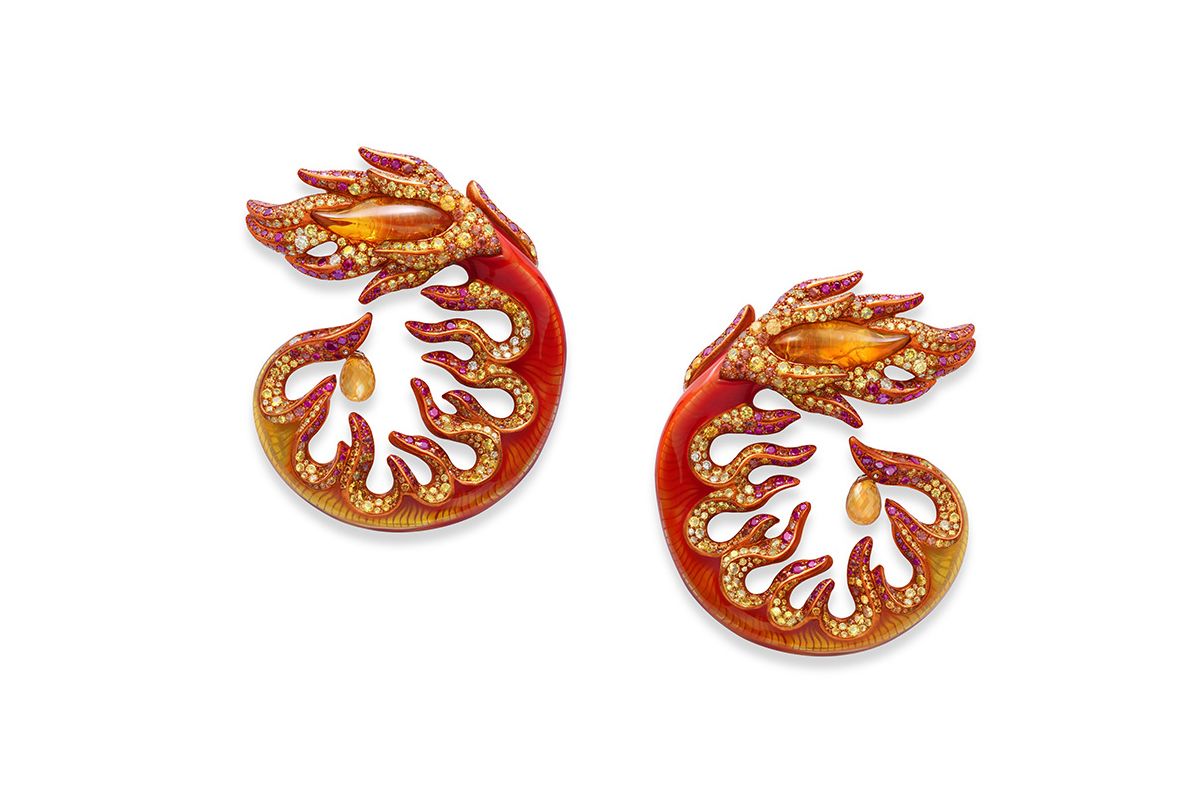 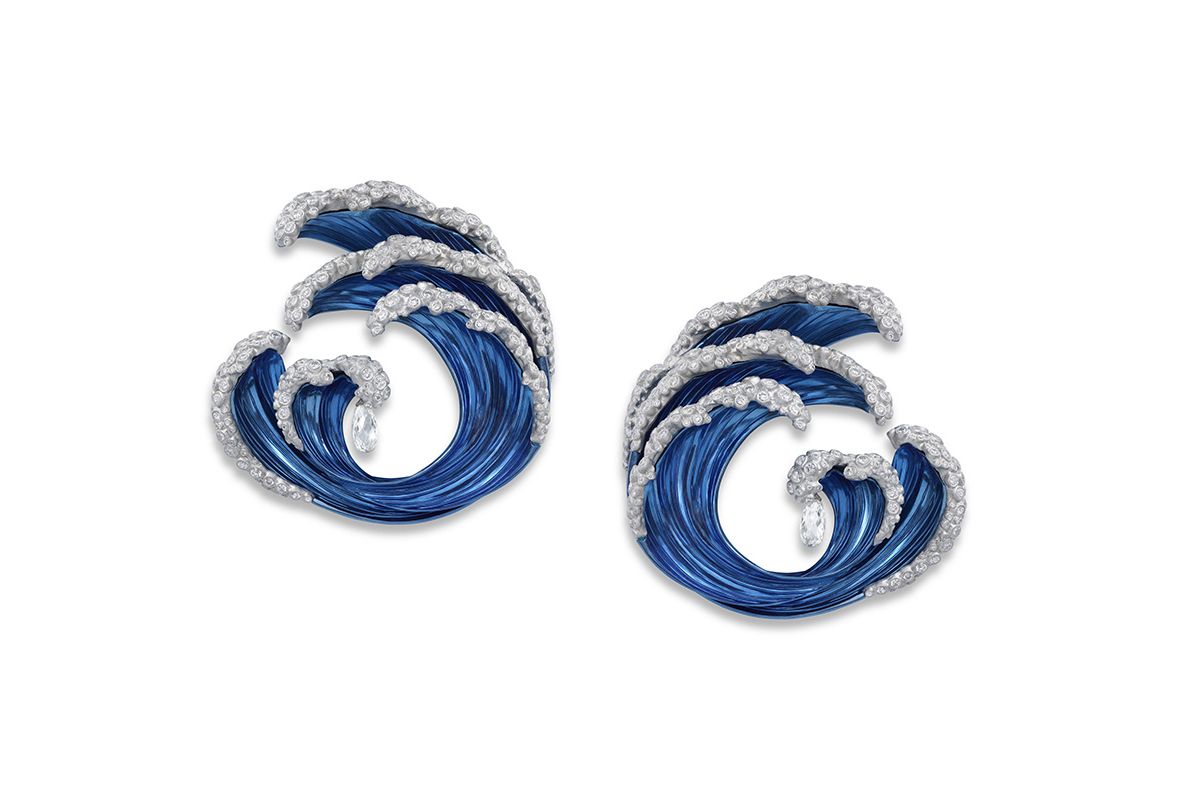 The first thing that comes to mind when looking at such an eclectic collection of jewellery is the seemingly artificial nature of drawing such a mix of high value work together. However, in the case of Chopard, the variety in the designs is justified. The Red Carpet collection is intended for a huge range of celebrities who sometimes have nothing in common but a wealth of talent. 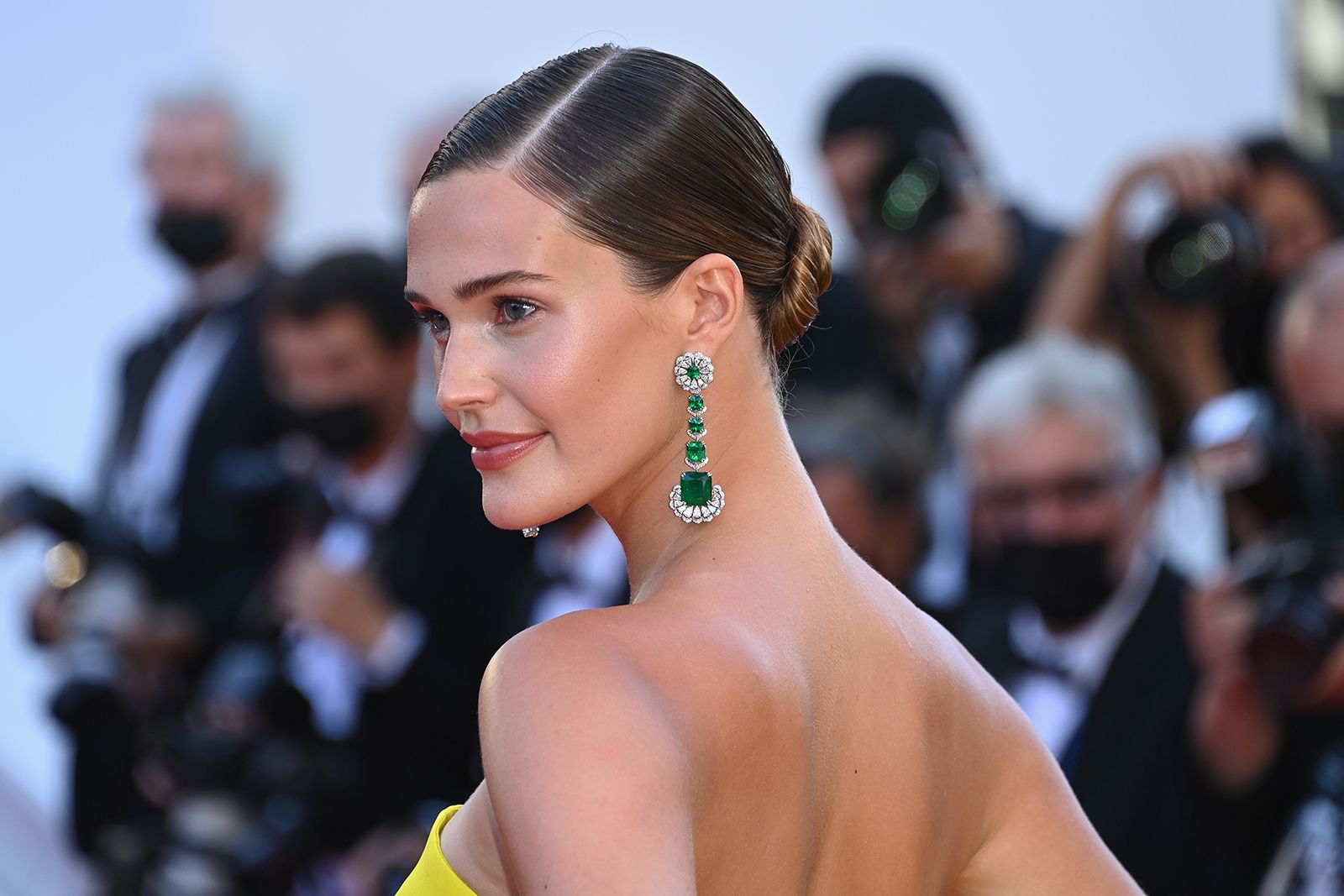 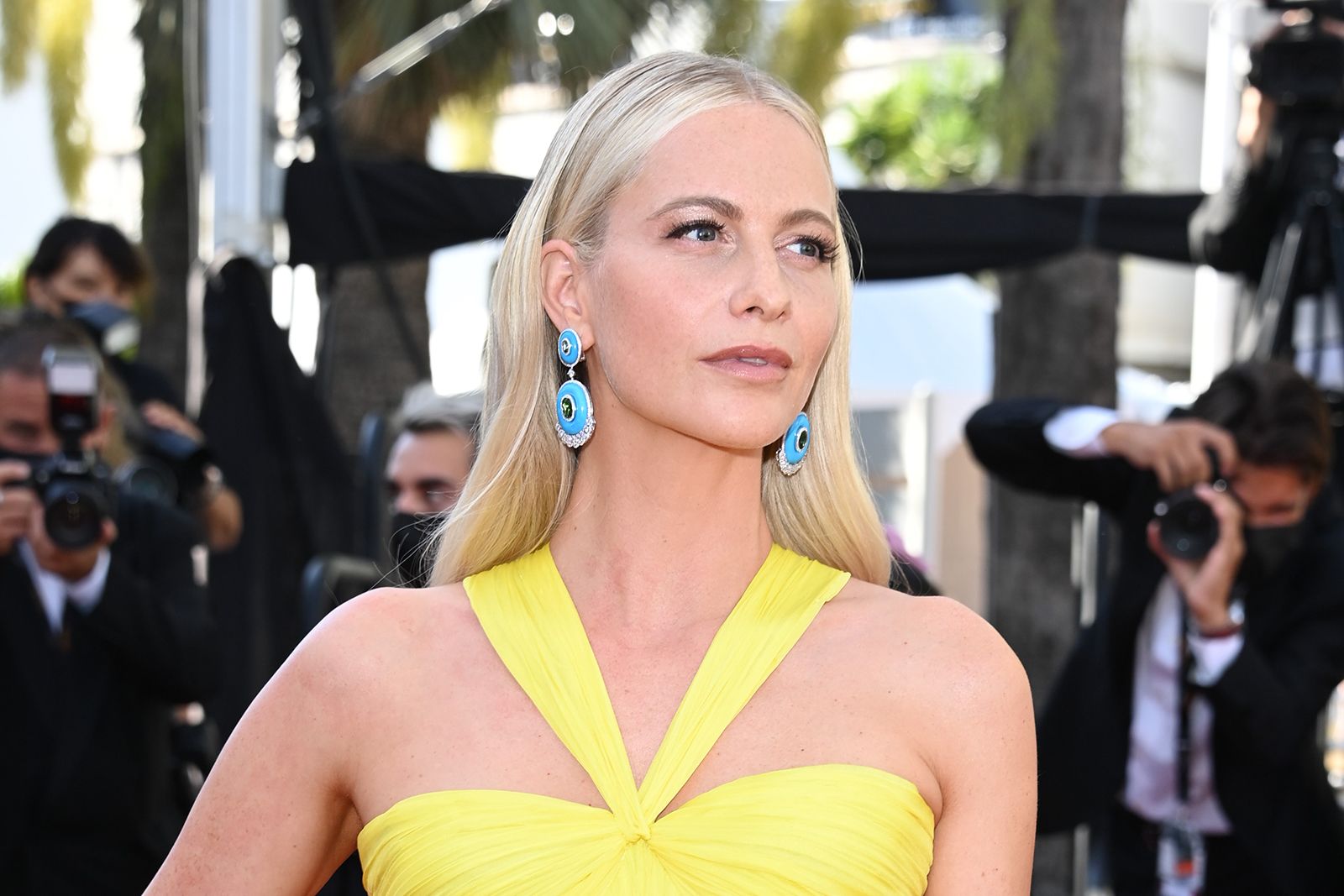 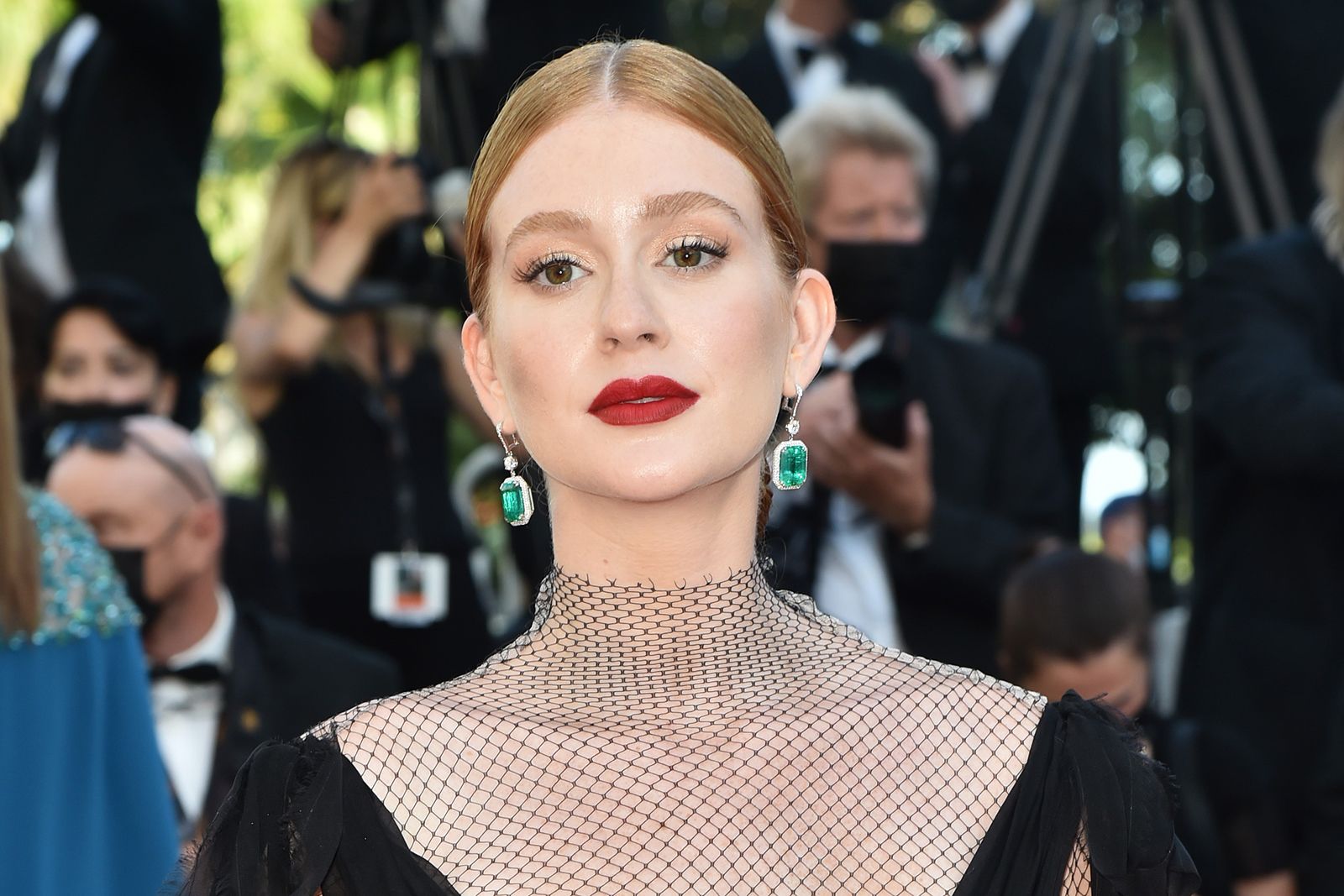 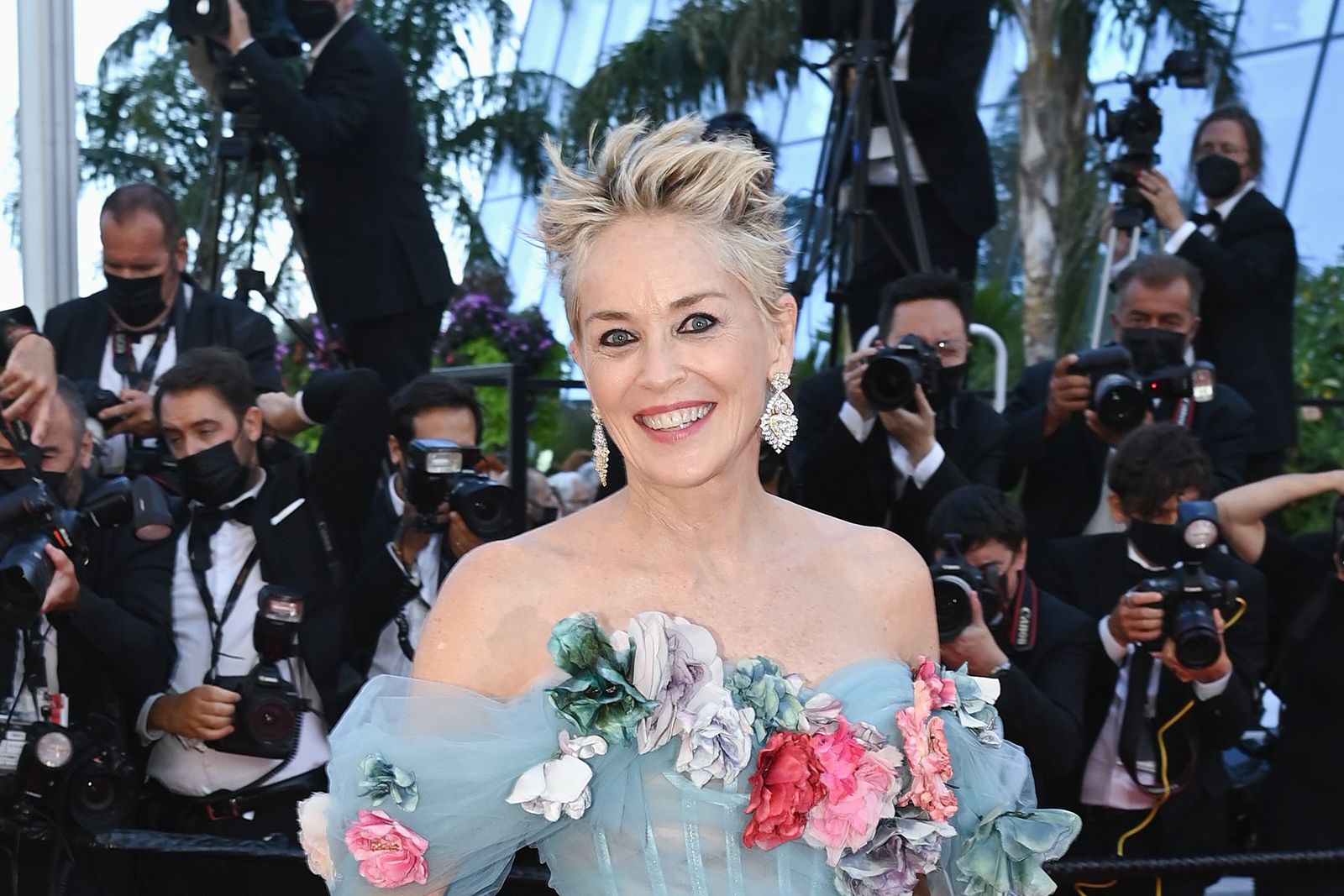 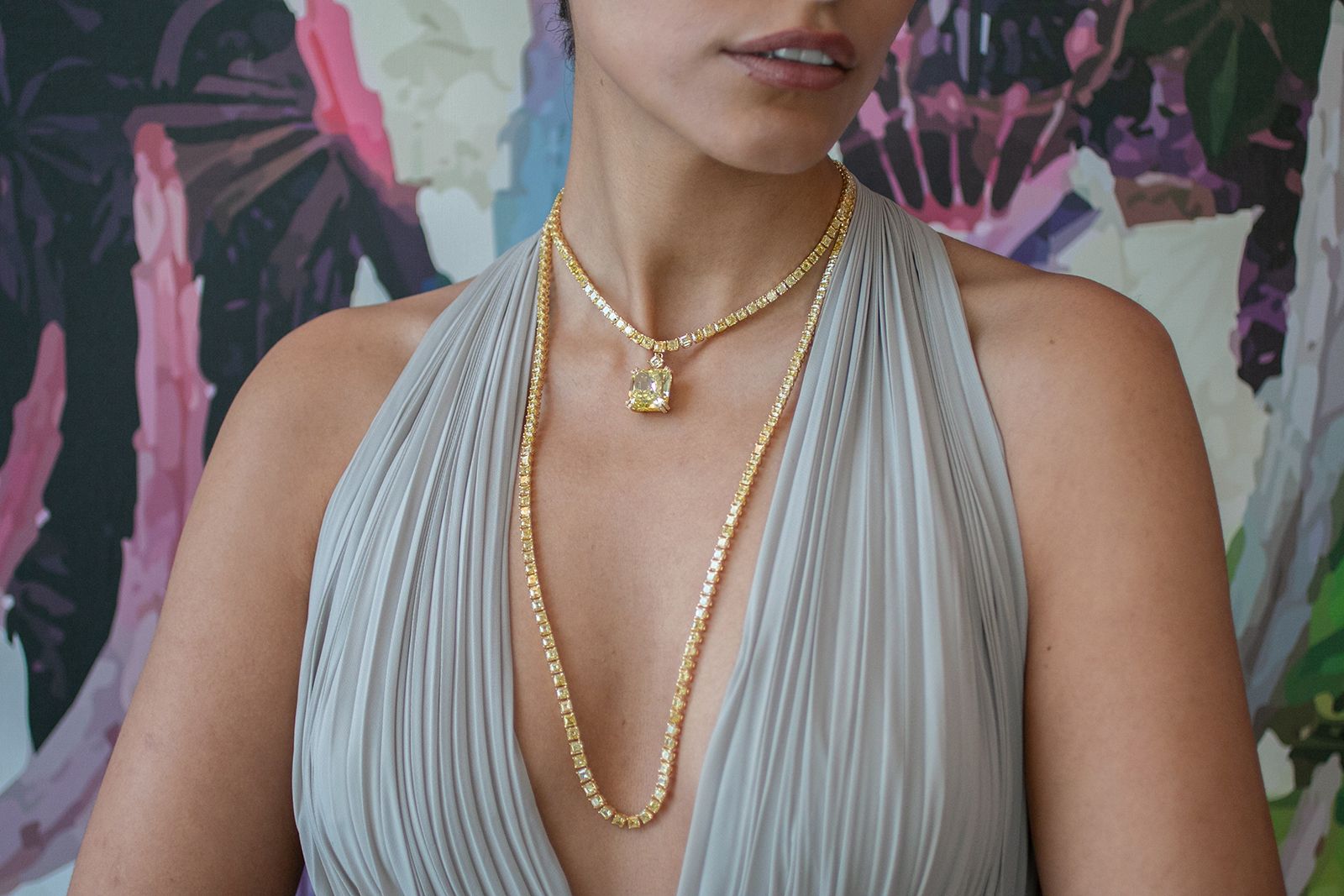 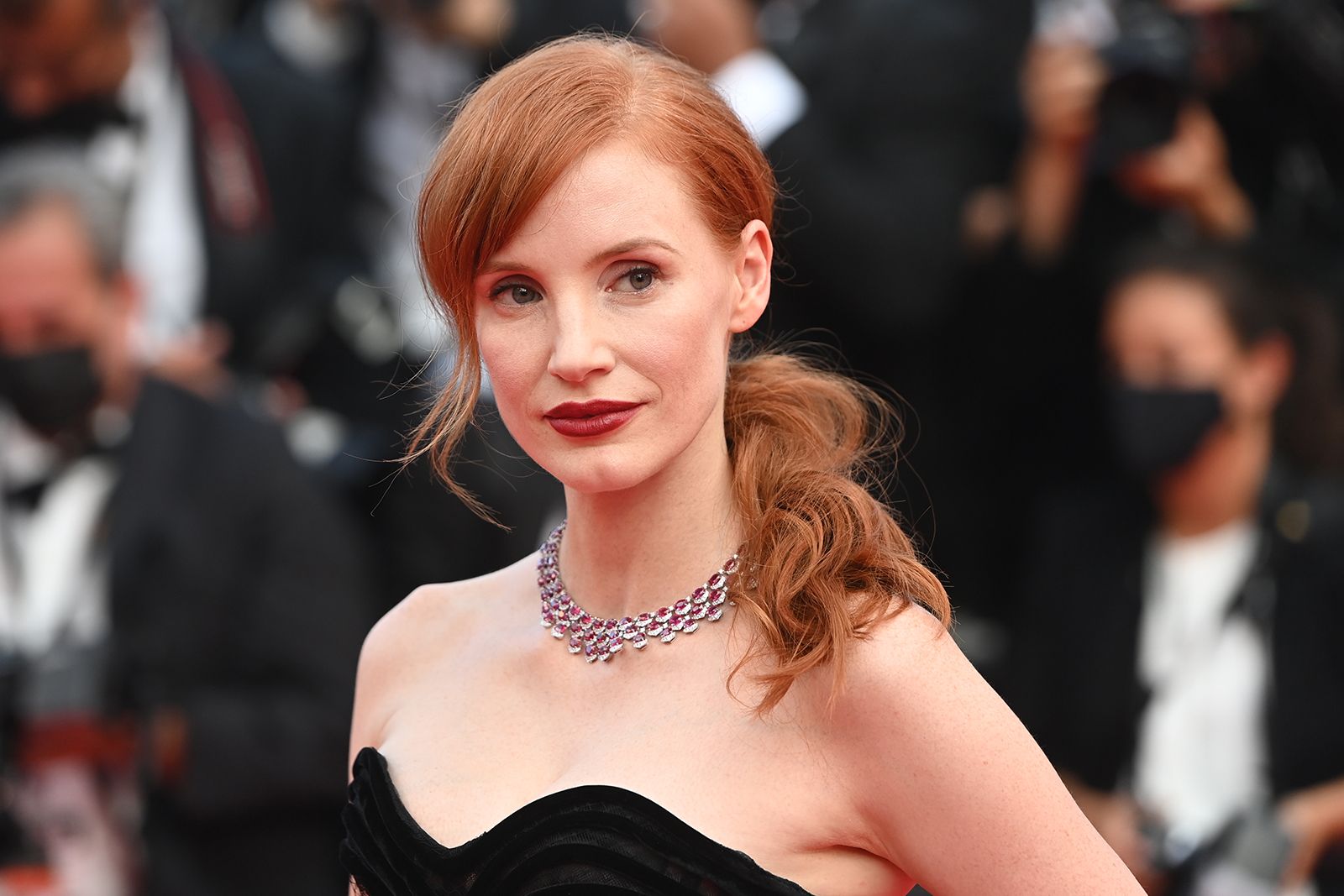 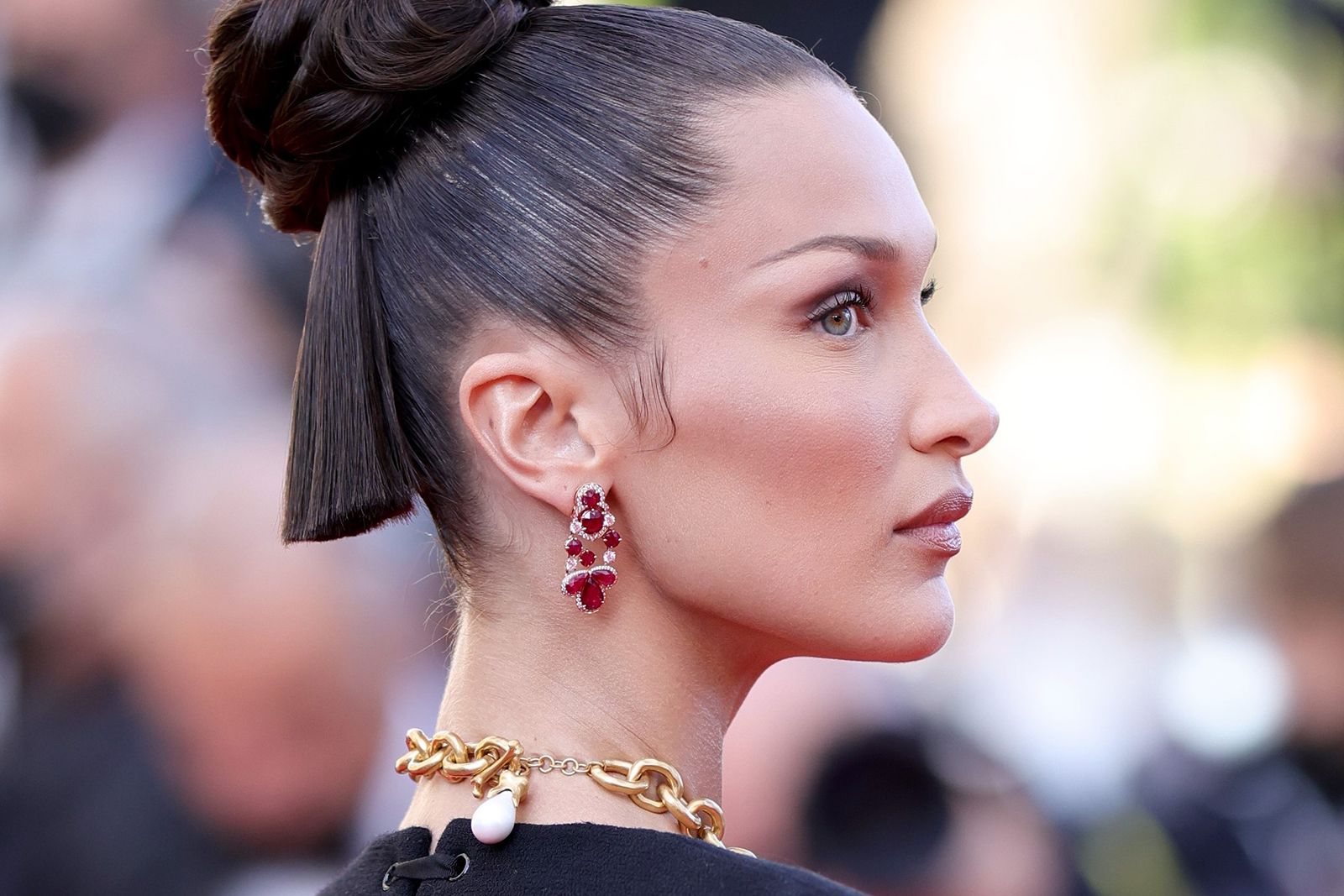 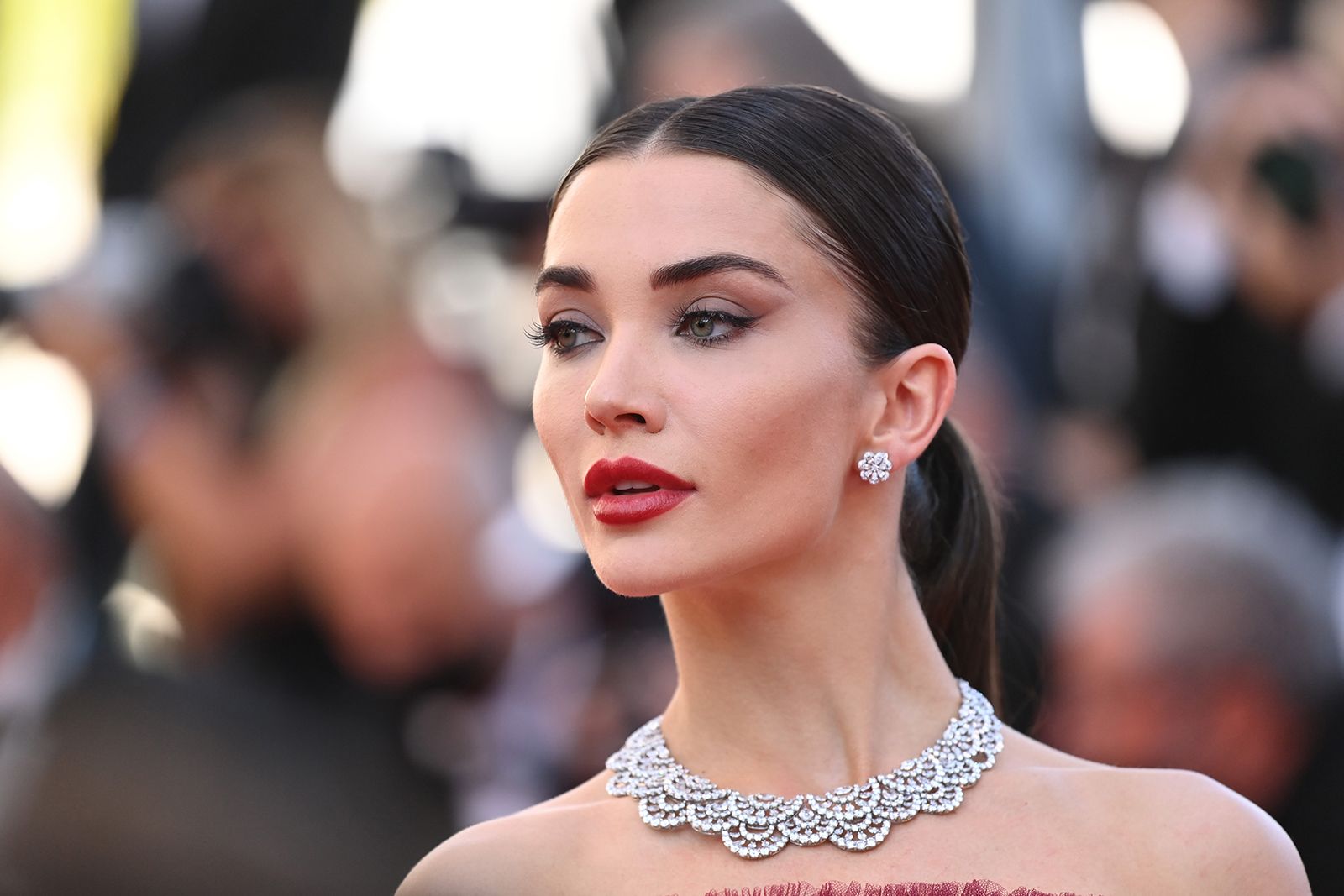 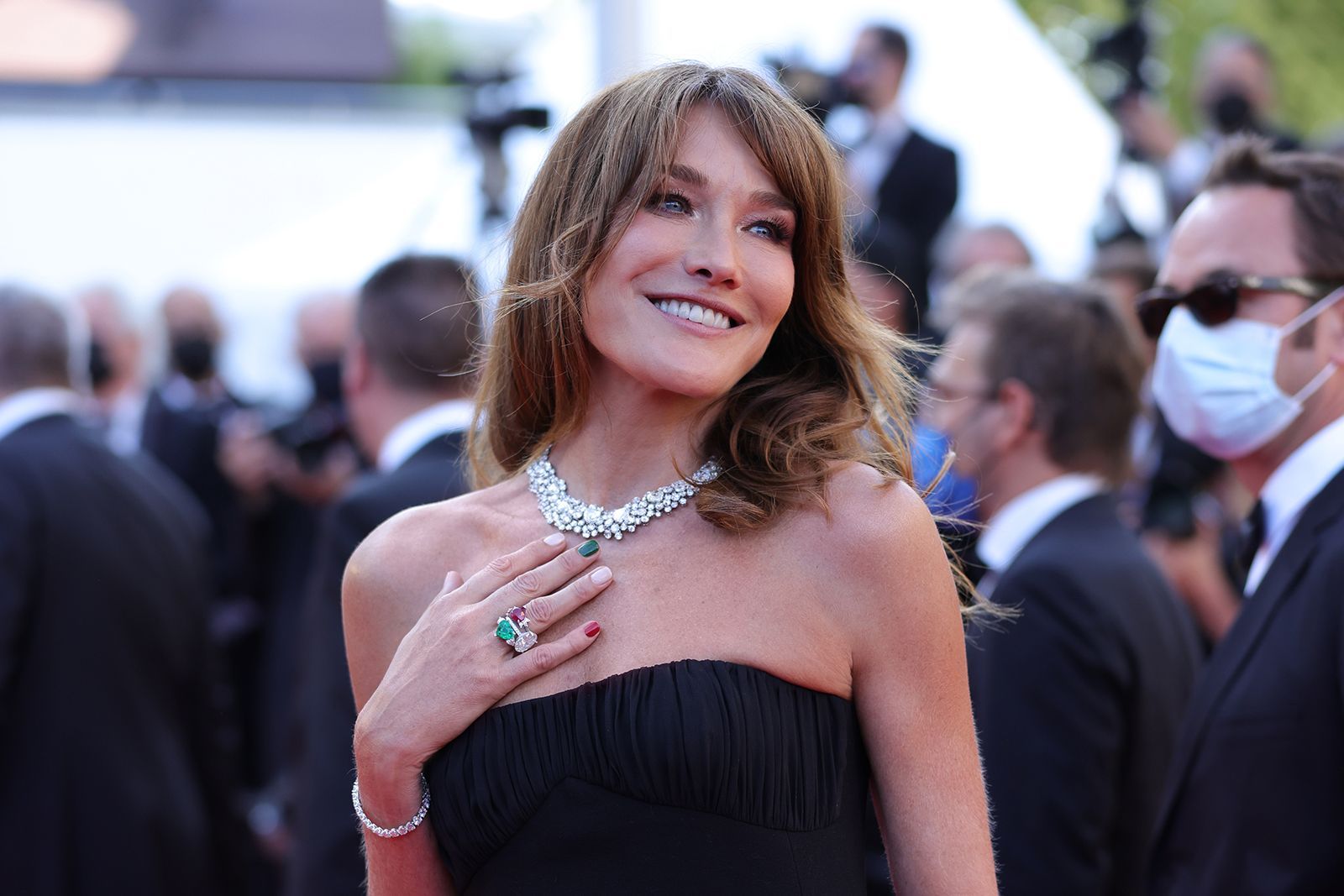 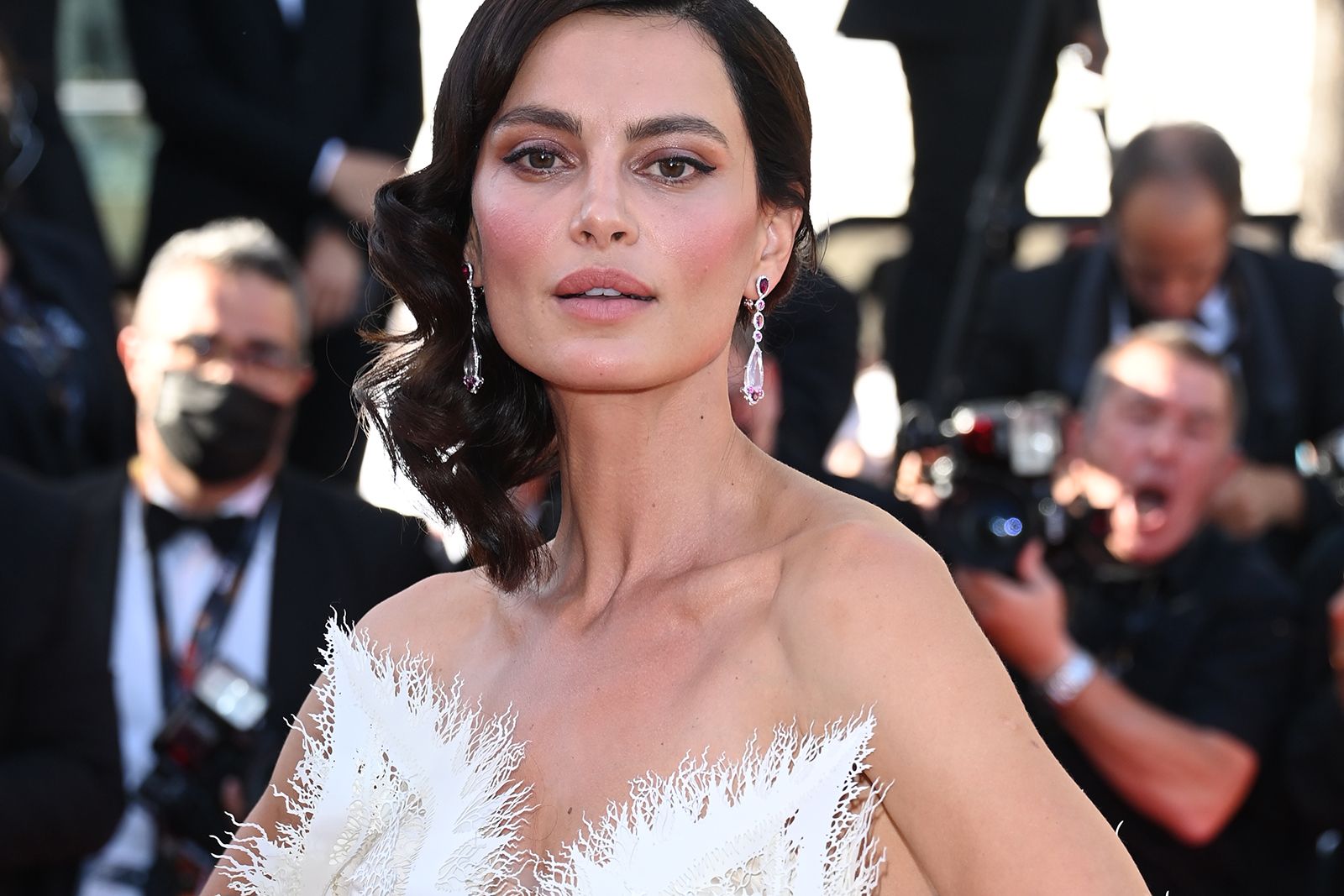 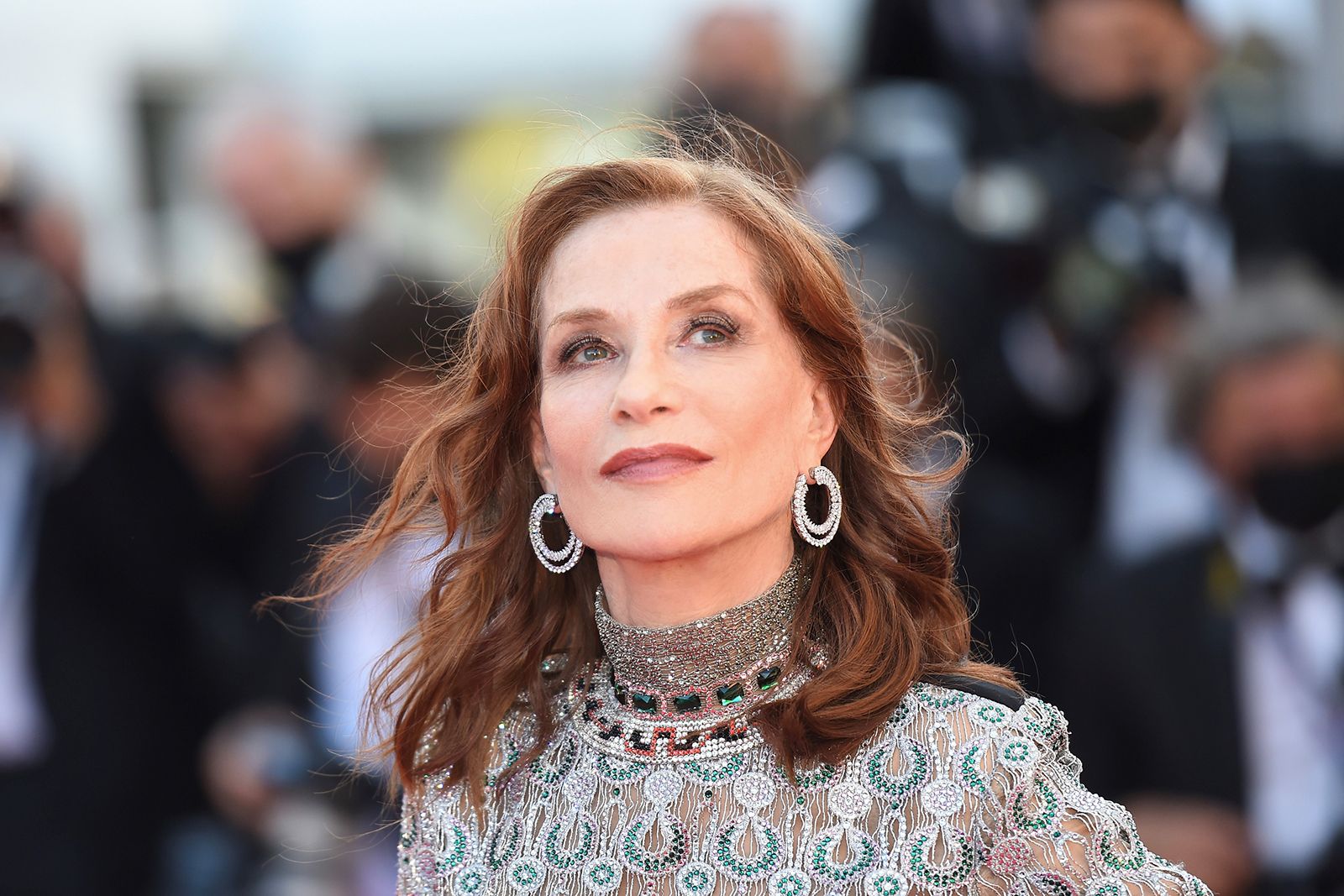 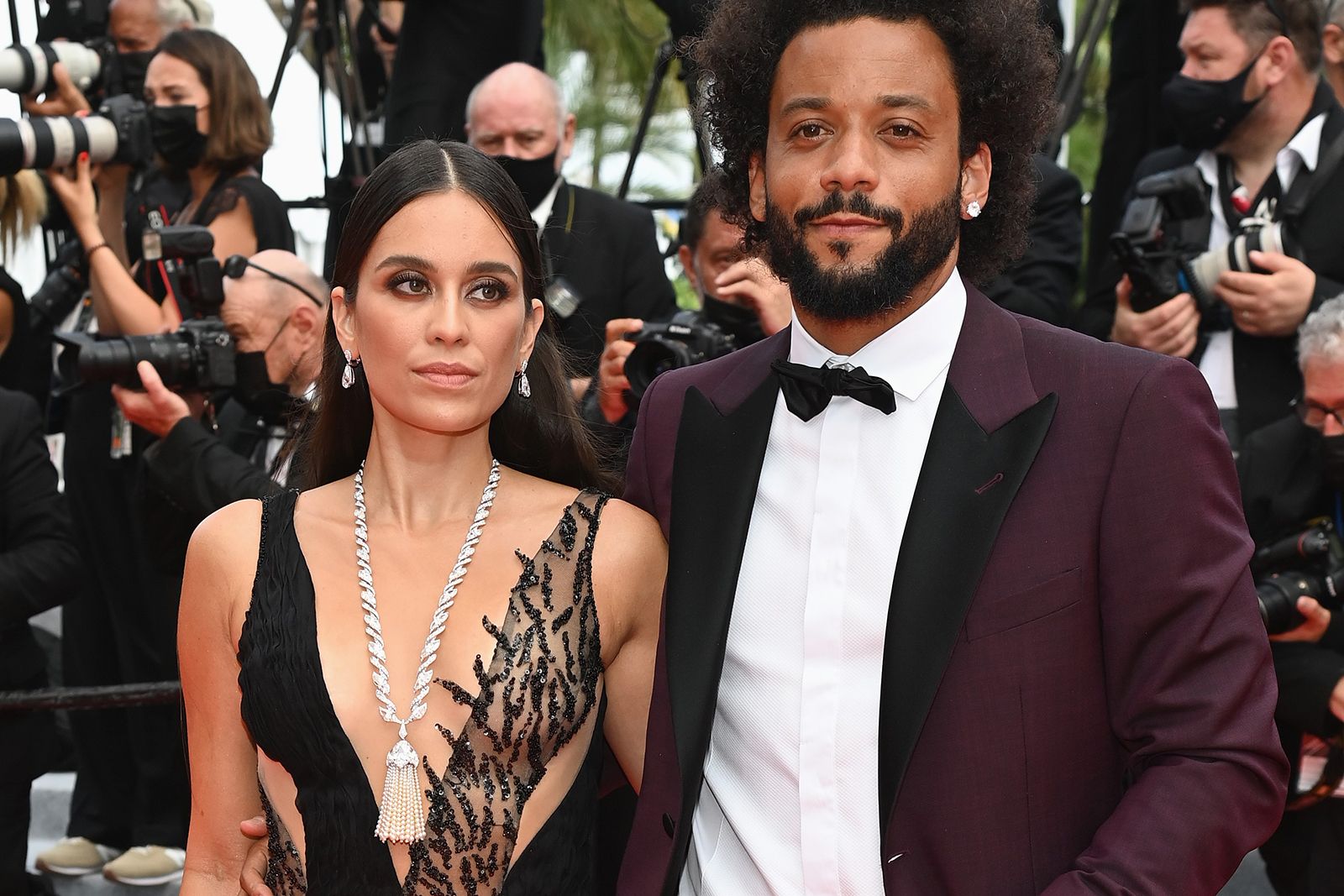 Jewellery from the collection looked equally impressive on Bella Hadid in a restrained black and white Jean Paul Gaultier dress, as it did on Sharon Stone in a blue dress with colourful Dolce & Gabbana flowers, or on Jessica Chastain in a black look from Christian Dior Haute Couture. In addition to such names, Carla Bruni, Maggie Gyllenhaal, Marina Ruy Barbosa, Amy Jackson, Poppy Delevingne and many more have appeared on the red carpet wearing Chopard jewellery. Each of them - like every woman - strives to express their individuality and freedom of choice through jewellery. It is exactly this opportunity that Caroline has afforded them. 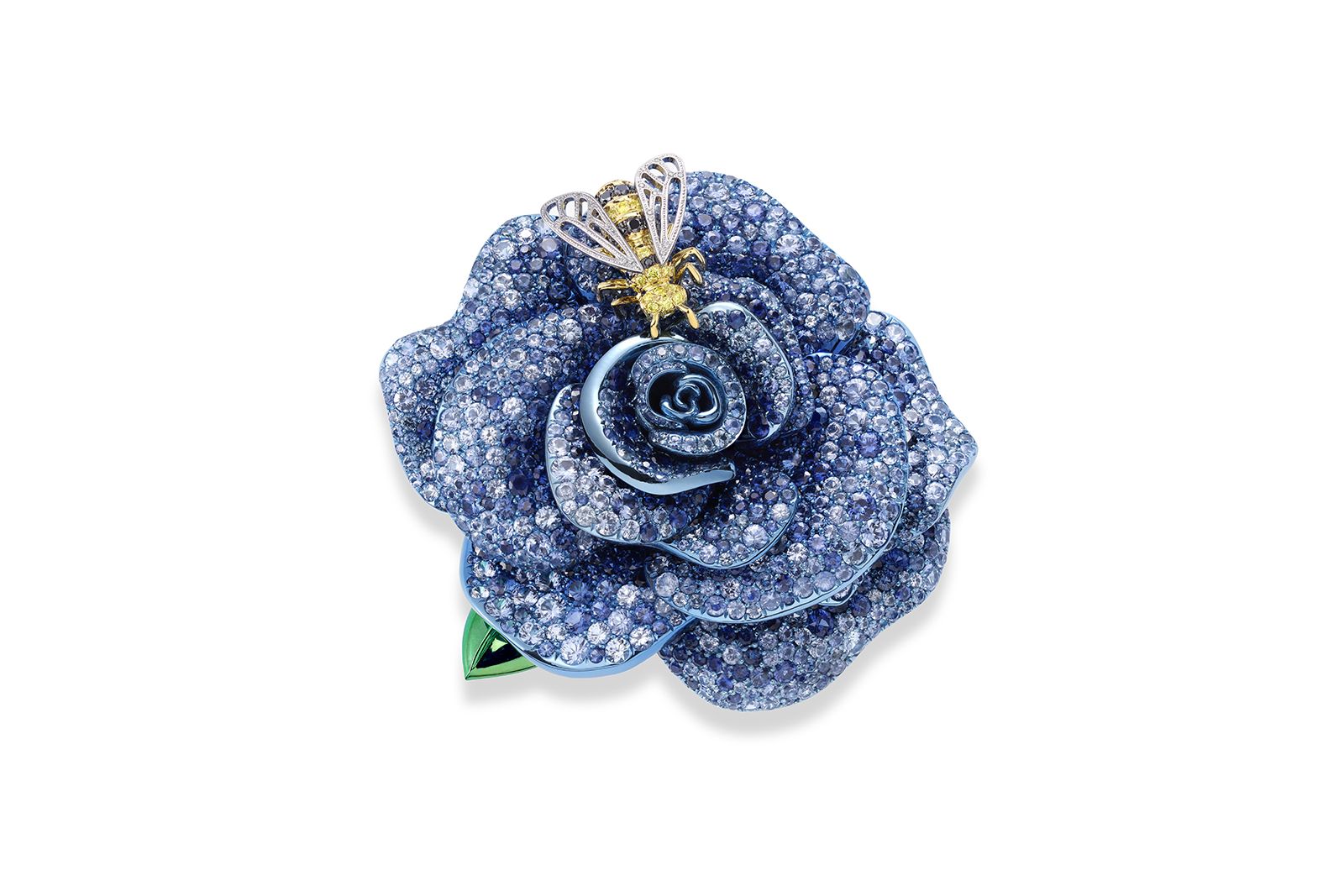 “In recent years, a sort of trend has emerged. Looks on the Red Carpet have become more fashionable and less classic. No one else wants to wear a diamond solitaire or a ‘riviera’ necklace. Quite the opposite. Many actresses even experiment with ways to wear jewellery to reflect their own style. Take for example the attaching of brooches to the hair. These stars are more than happy when I include titanium jewellery in the Red Carpet collection as they seek something both incredibly light and bright. I would like to believe that I have somehow contributed to the shaping of Red Carpet trends,” Caroline Scheufele tells me. 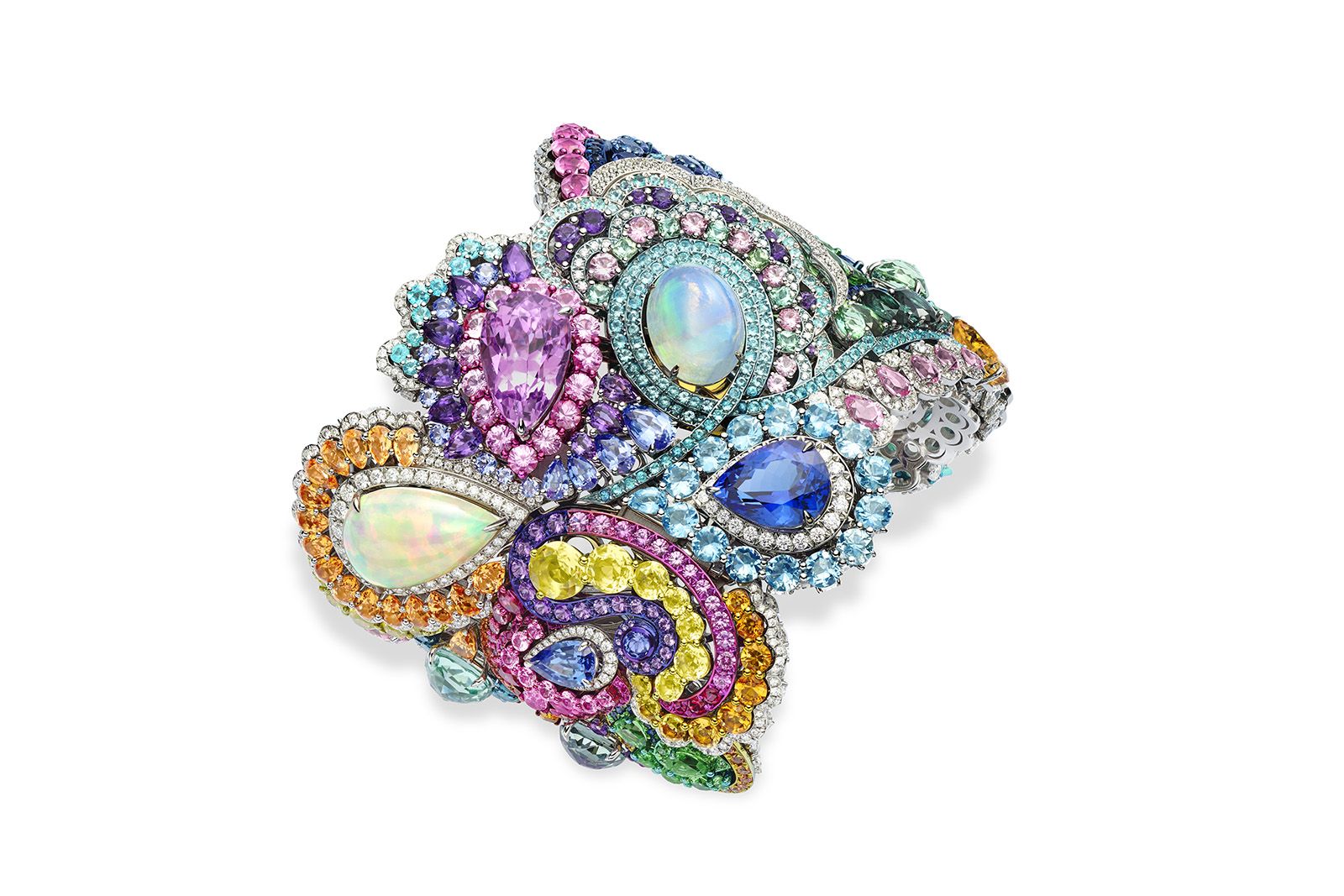 The brand’s director tells me in the same conversation that those celebrities are increasingly giving preference to colour: “I have noticed that the trend of mixing colours in jewellery, which is apparent among some actresses, is also reflected in the male approach to jewellery selection. Take for example the fact that the titanium watch is becoming ever more ubiquitous.” 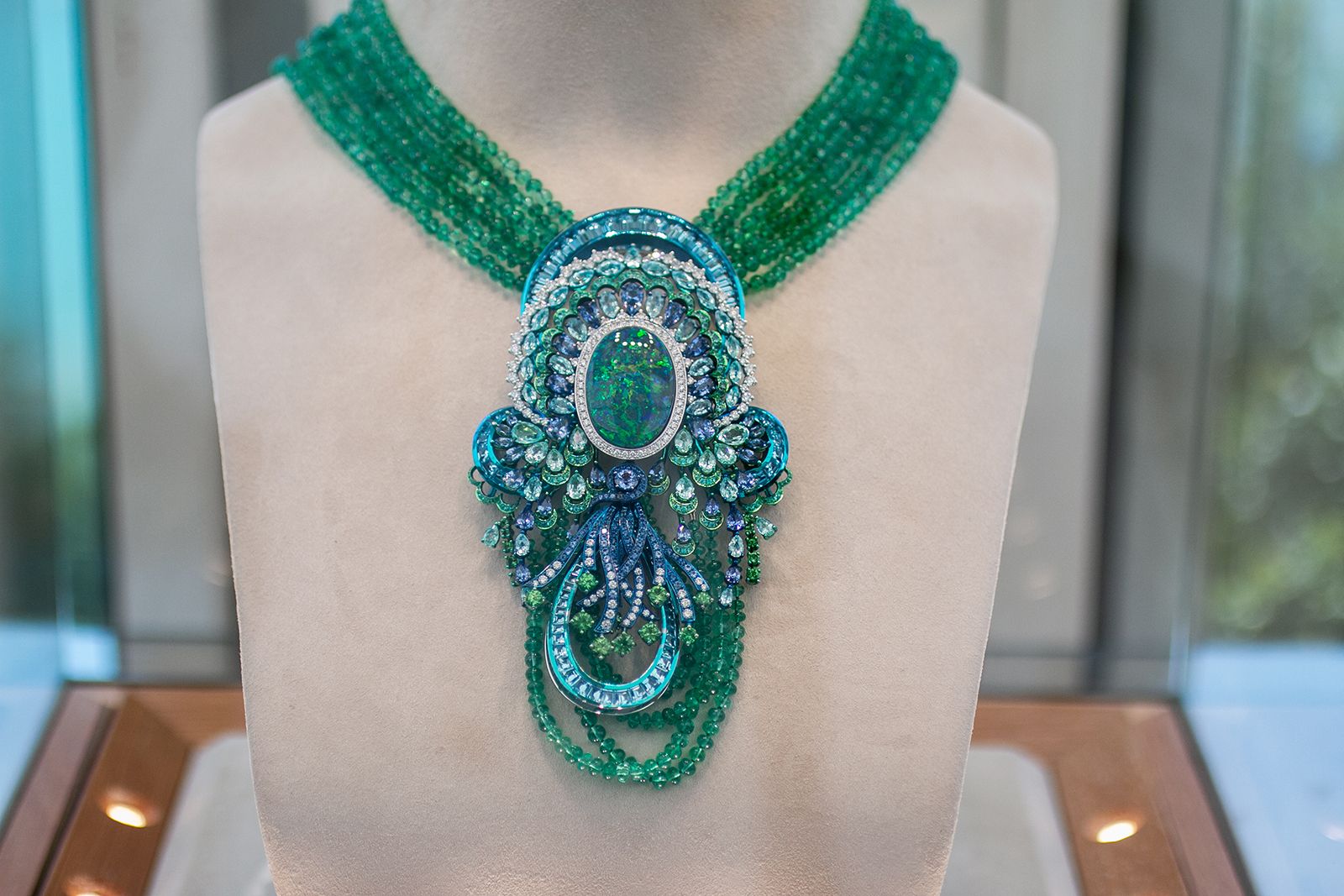 This fact perfectly explains why the Paradise collection is dominated by jewellery with coloured gemstones, yellow or pink diamonds, pavé stones of various shades and the use of titanium. The phoenix ring is adorned with a fire opal, the white bracelet is a mosaic of garnets, tsavorites, tourmalines and amethysts. In the centre of another necklace, black opal shimmers in various shades, and an oval 59.33-carat tanzanite weighing 59.33 carats sparkles in the centre of a ring adorned with stunning dolphins. The cuff bracelet has become something of an ode to colour, in which all the juicy shades of the gemmological palette have been drawn elegantly together: opals, multi-coloured sapphires, tourmalines, aquamarines and diamonds can all be found. 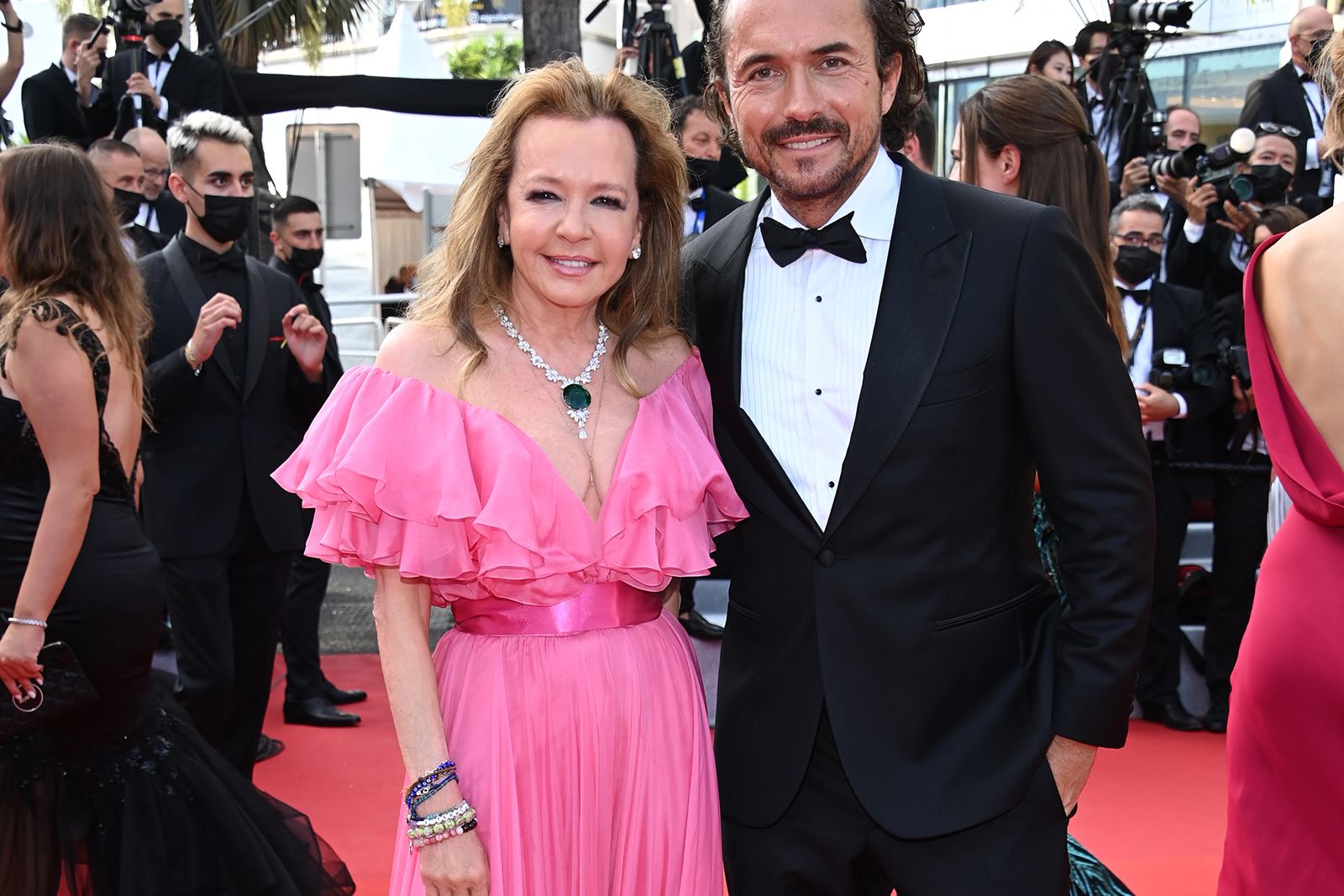 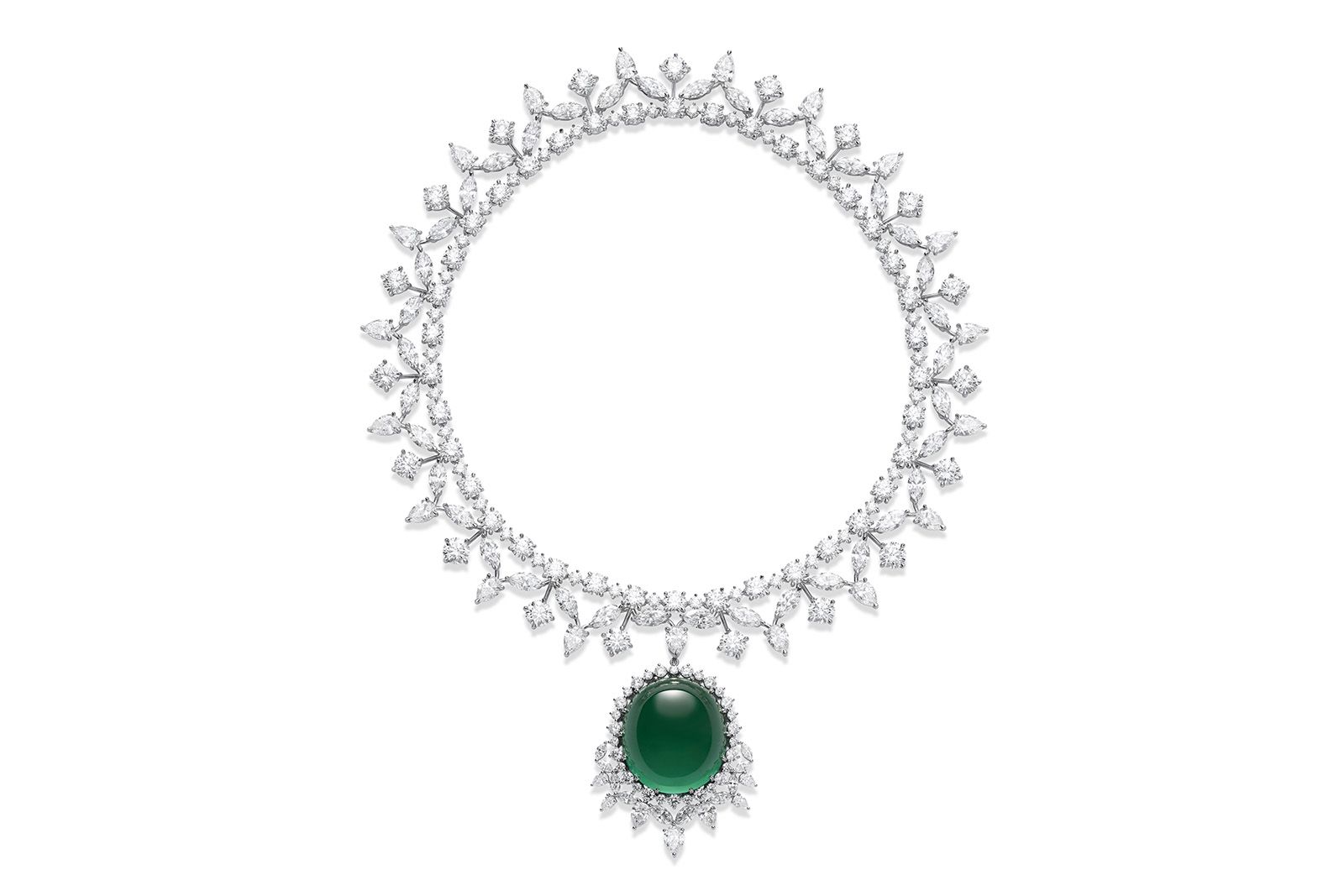 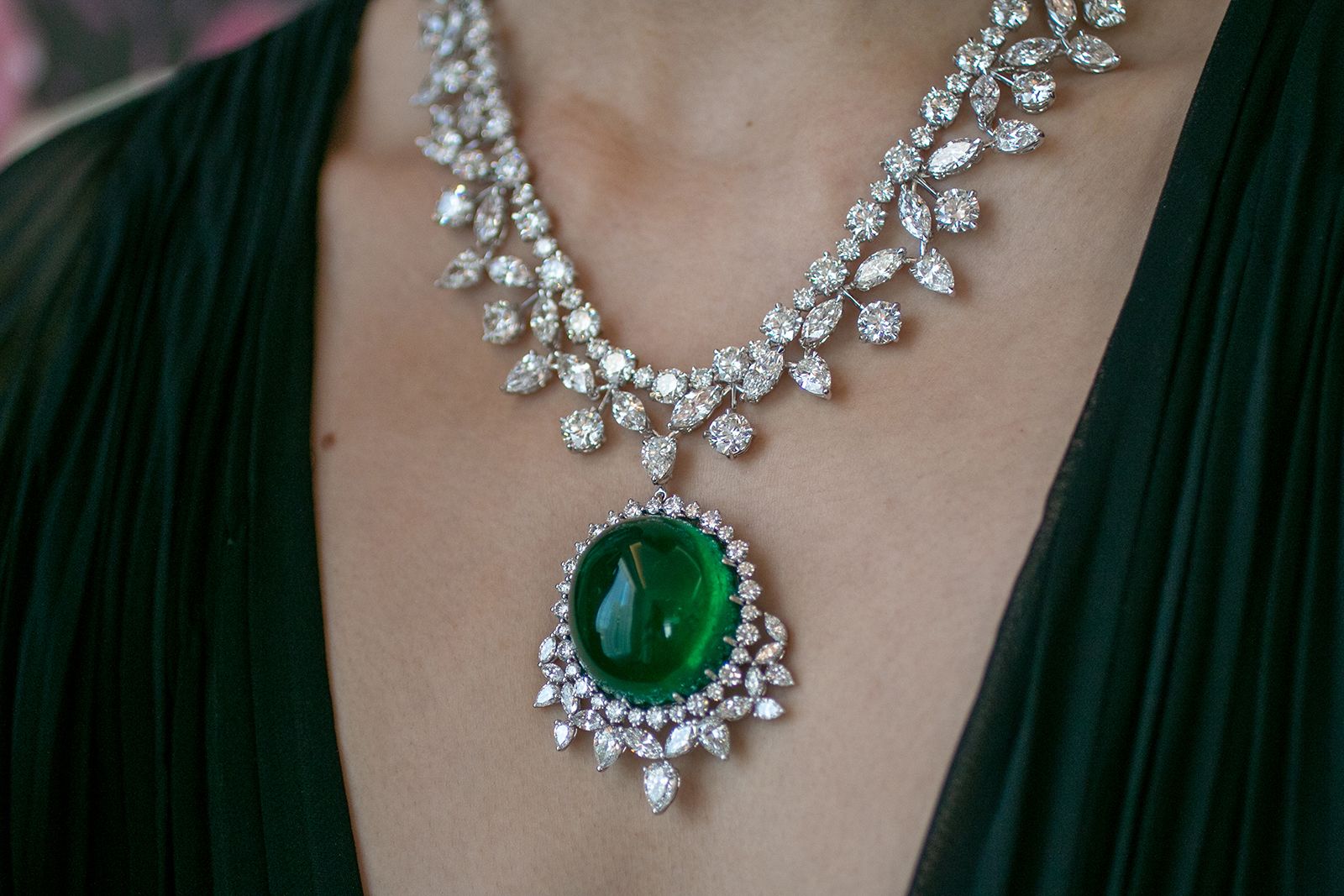 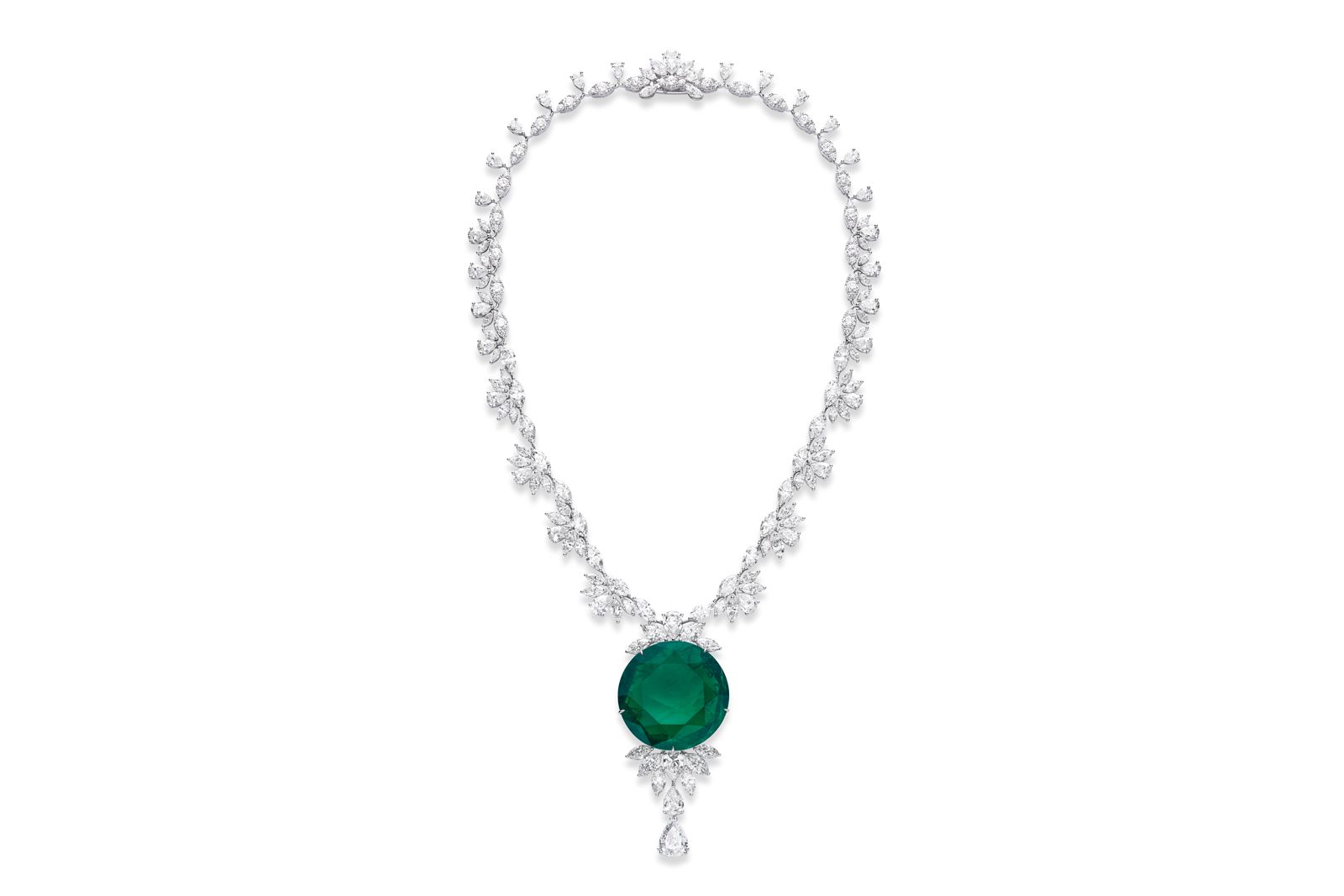 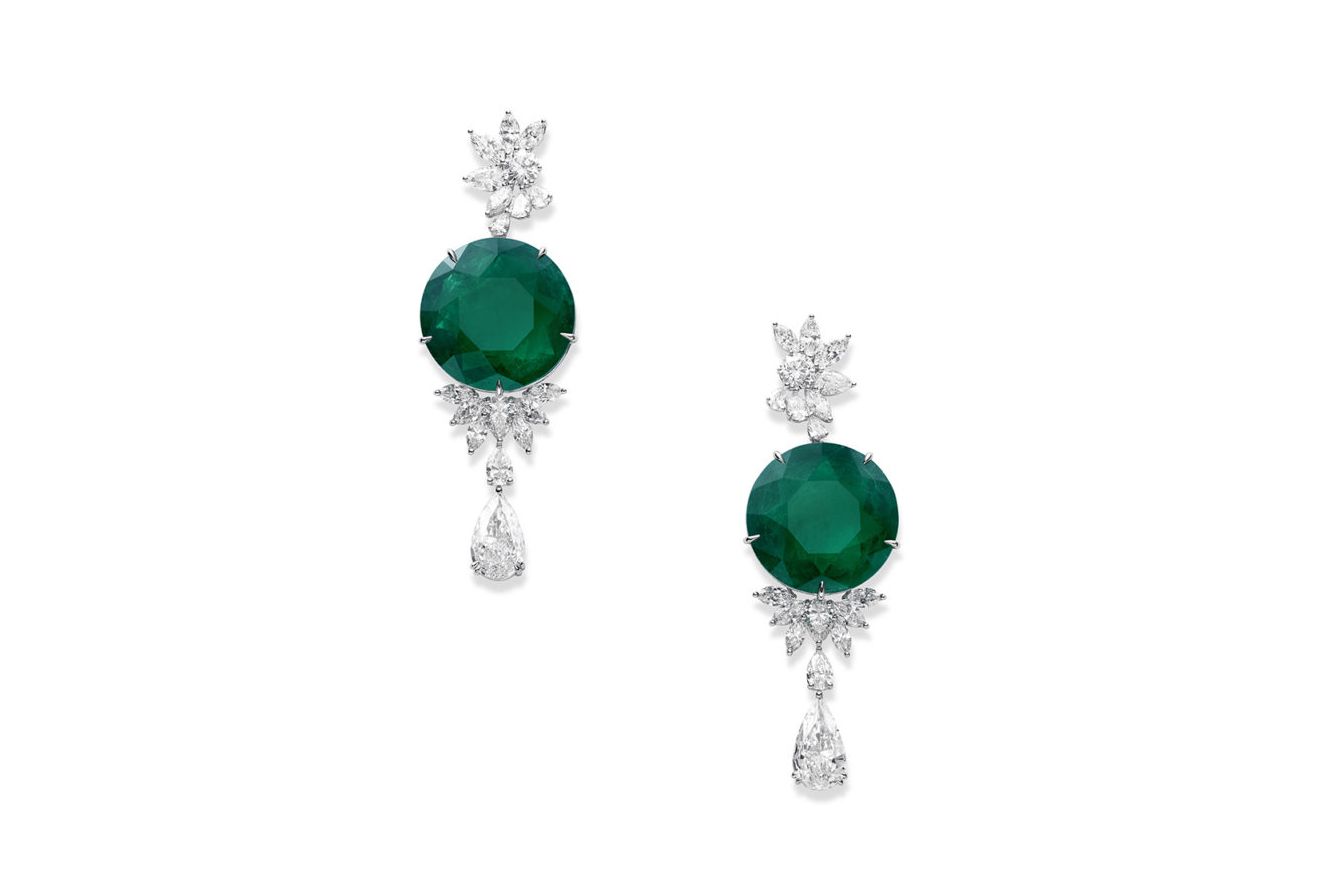 One of the most memorable and expensive pieces of jewellery in the collection is the 30.68-carat fancy vivid yellow diamond necklace with a central stone. The piece can be worn as a classic riviera necklace with a pendant or, alternatively, with a sautoir, as a two-tiered necklace. Another piece is a necklace with a completely unique 122 carat cabochon emerald, or a set of earrings at the centre of which sparkles a pair of Colombian emeralds of 36.80 and 32.16 carats in rare round cuts. Surely such work would be the pride of any collector? “This collection includes a range of jewellery with investment grade stones—pink diamonds or emeralds that haven’t been refined with oil,” Caroline tells me. 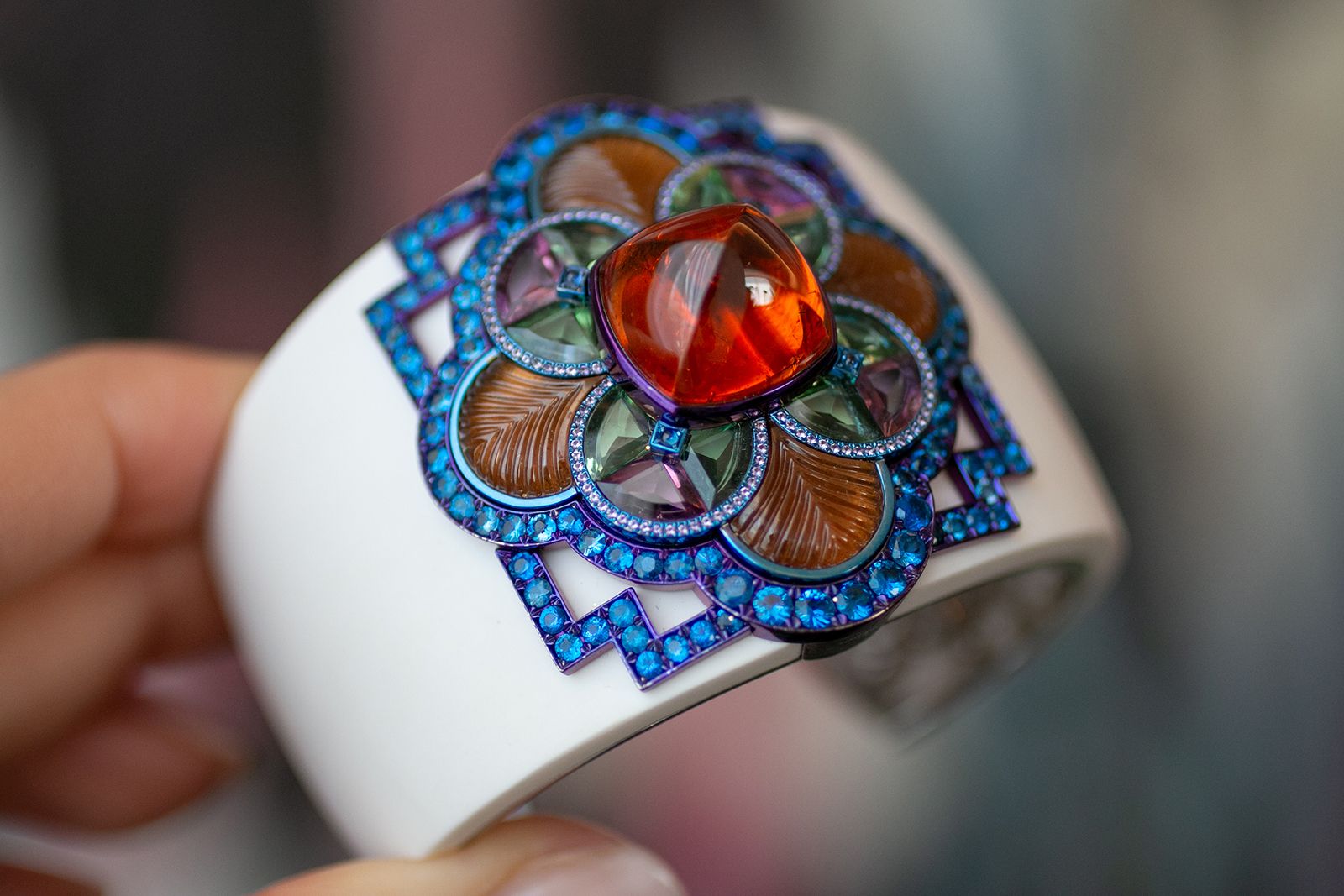 At the end of the conversation, the creative director of Chopard made clear that nature holds a special place in her heart. In fact, nature was the sole dedicatee of last year’s Red Carpet collection. Several pieces of jewellery, inspired by flora and fauna, were included in the 2021 collection as well. For the presentation of the collection, Caroline herself opted for a necklace with a pendant in the form of a beautifully elegant leaf. 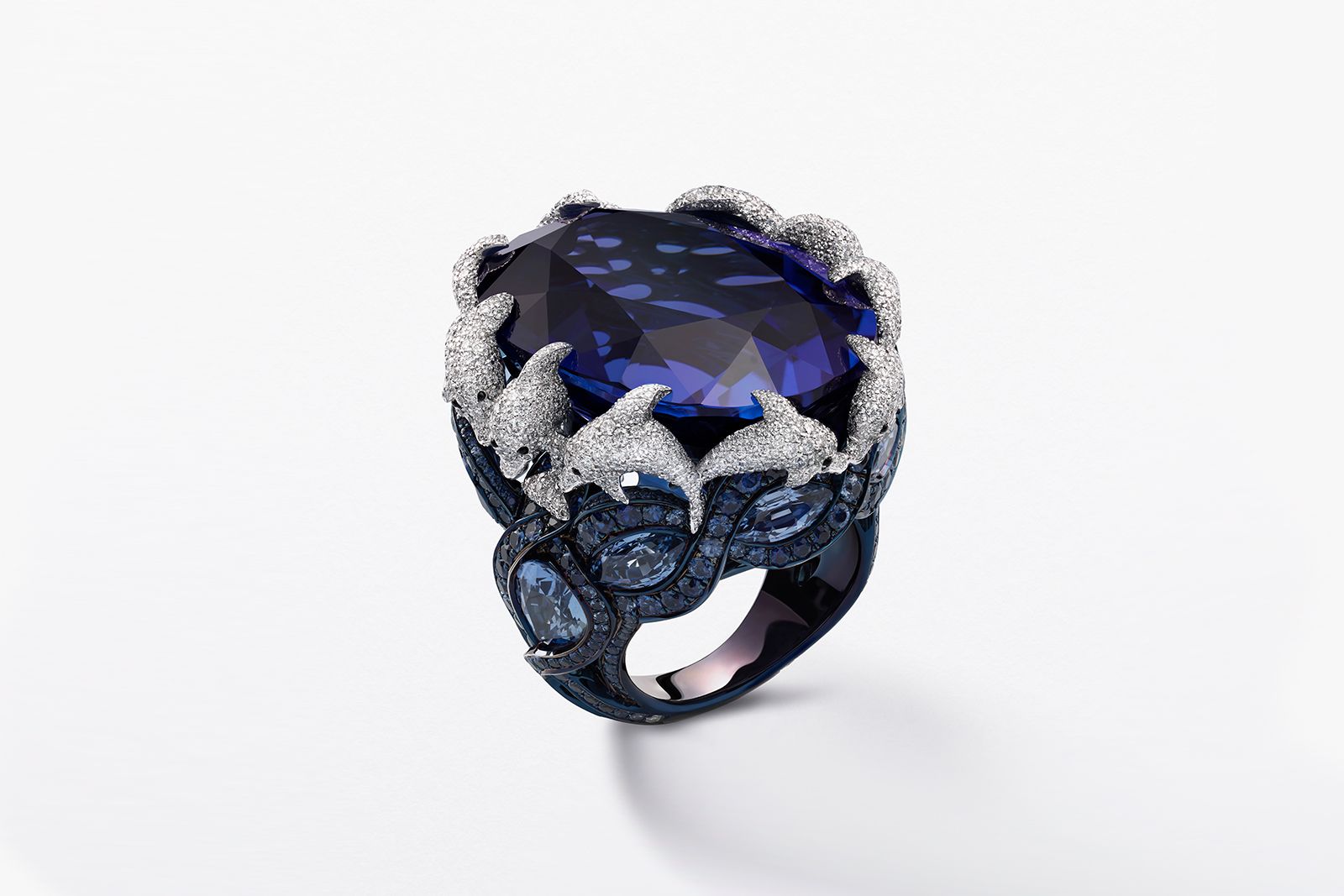 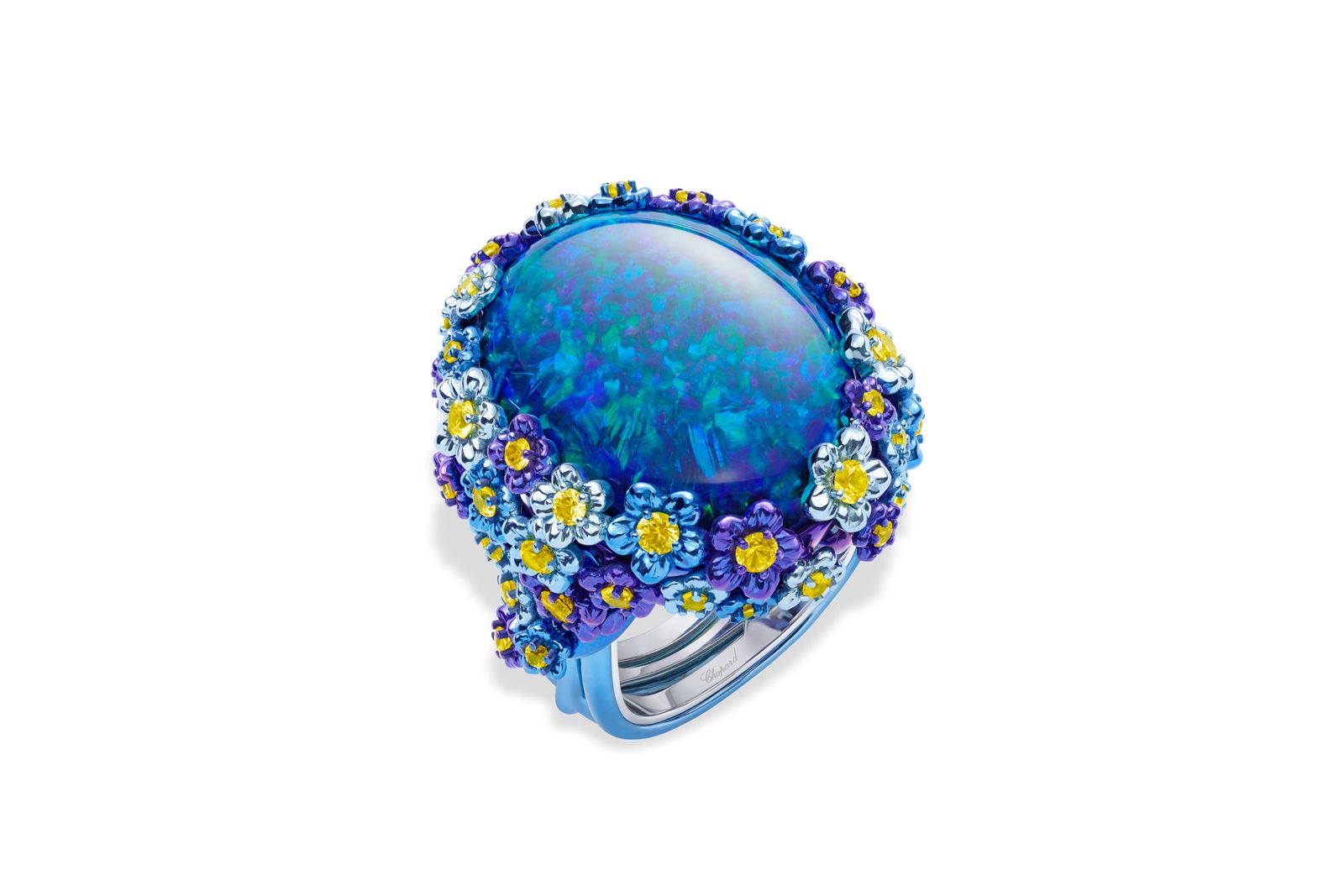 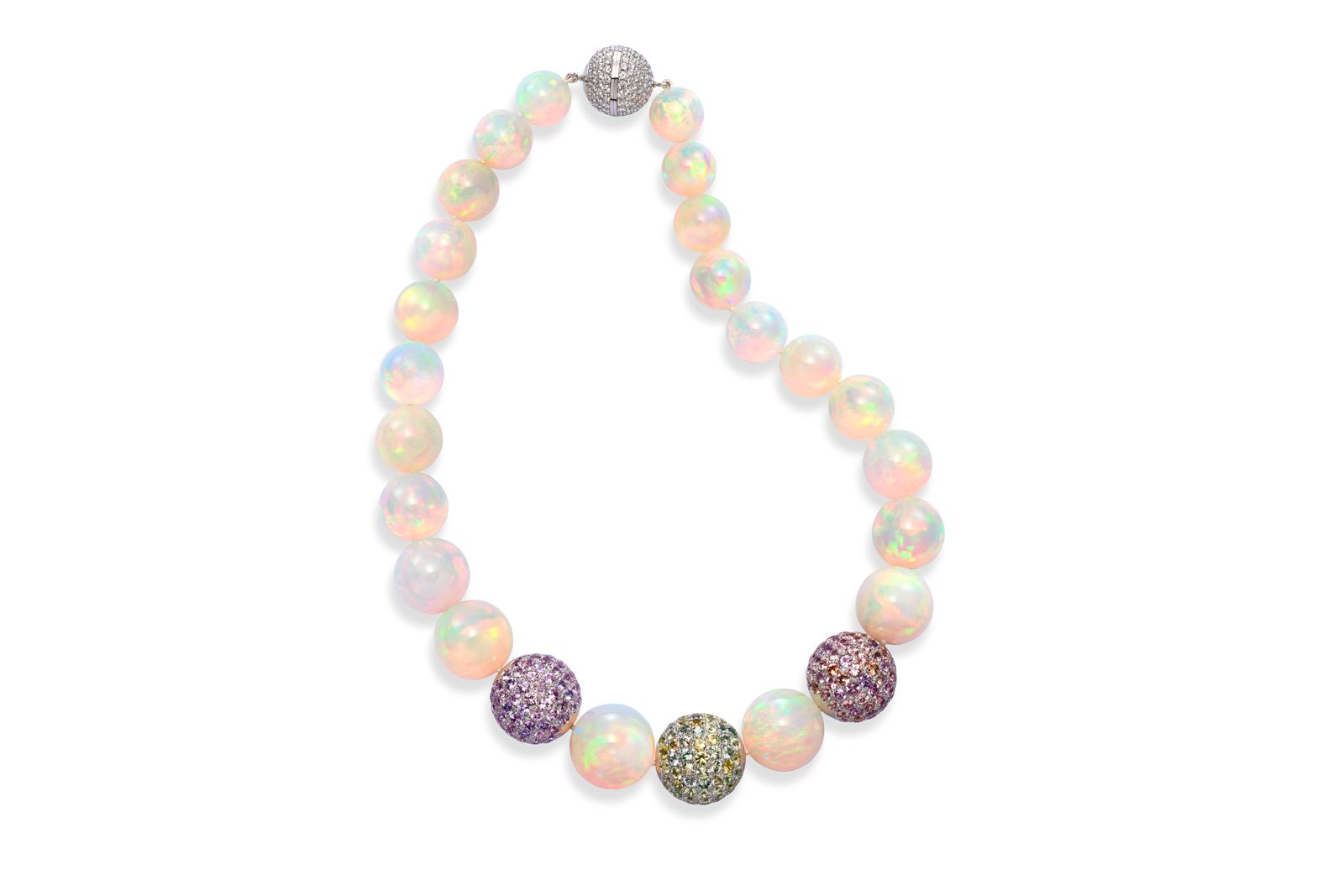 The Cannes Film Festival has closed its doors, but the journey of the Red Carpet 2021: Paradise collection is just beginning. Jewellery that has not yet been sold will be presented in various Chopard boutiques and you can admire them in person.