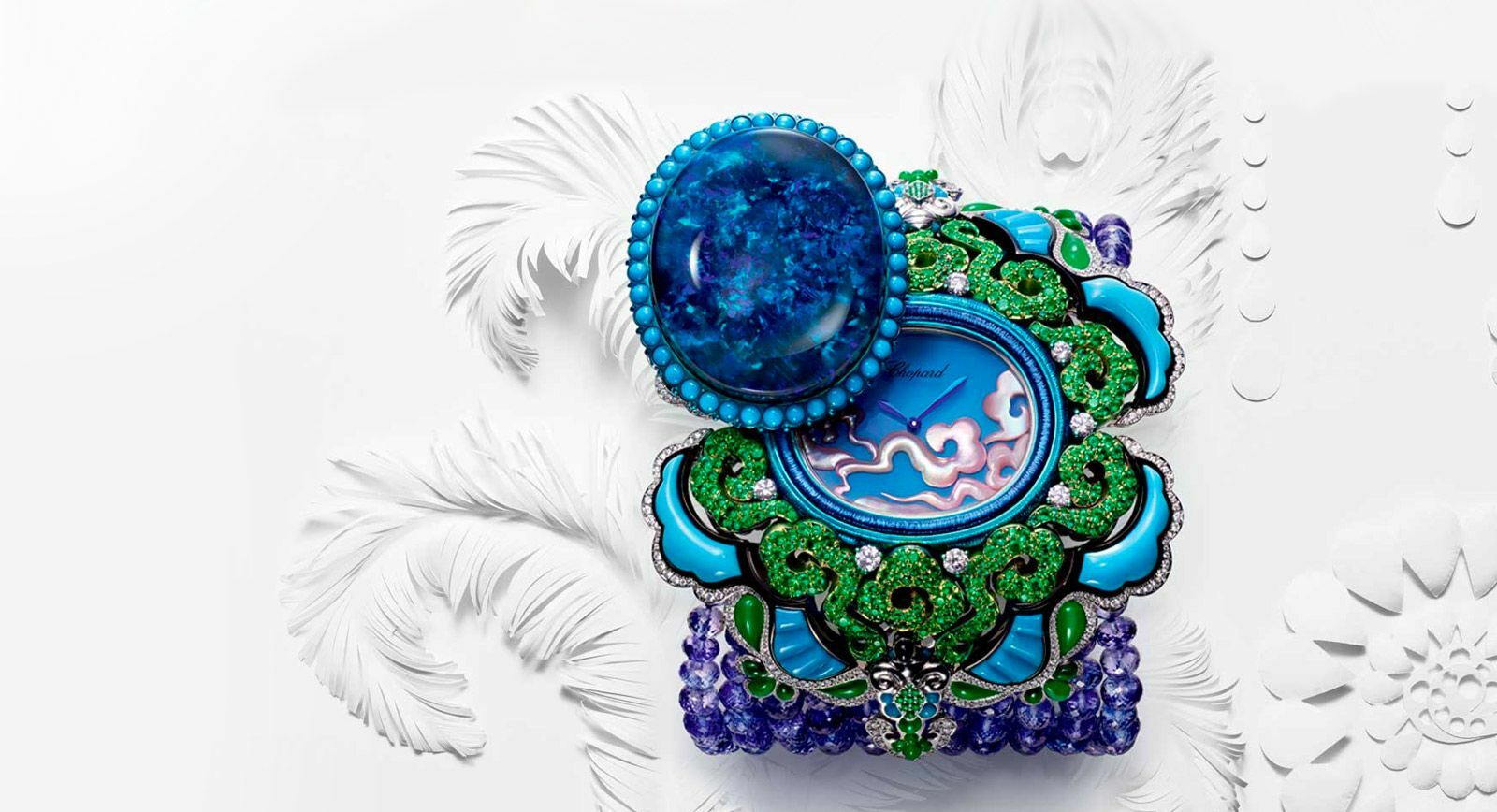 Since 2007, Chopard has been the official partner of the Cannes Film Festival; not only demonstrating the dedication to excellence in fine jewellery by dressing actors and famous faces for the red carpet in one-of-a-kind pieces, but also creating the Palme D’or statue for the festival each year.

2018 marked the 71st annual edition of the Cannes film festival, and - as is now tradition - the fine jewellery and luxury horology house created the equivalent number of 'Red Carpet Collection' pieces which dazzled on celebrities throughout the film festival, and were on display in the private Chopard suite. 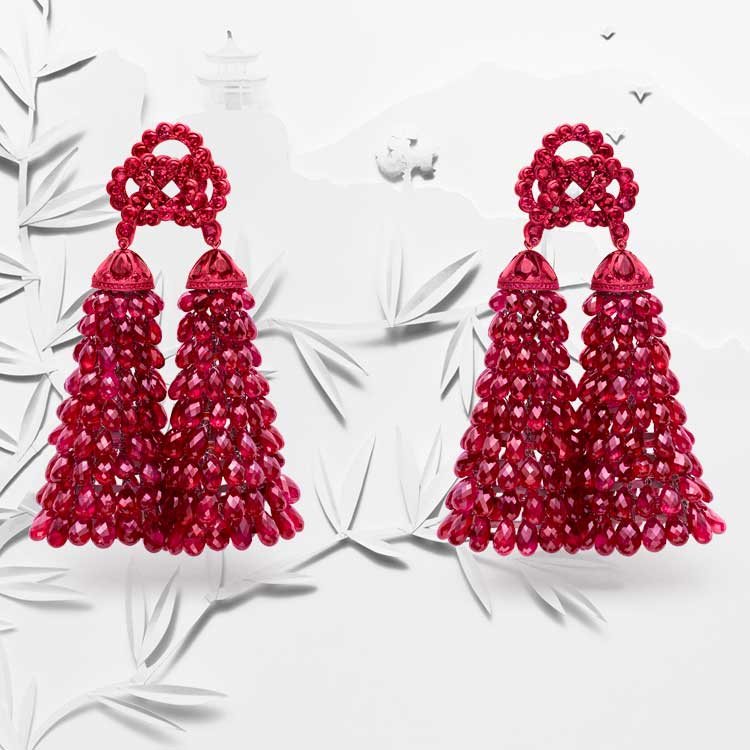 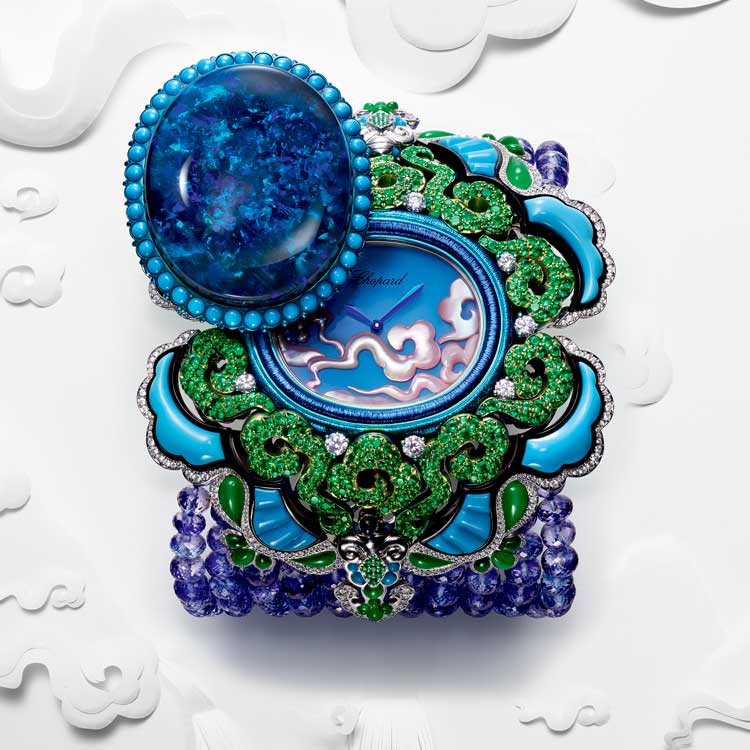 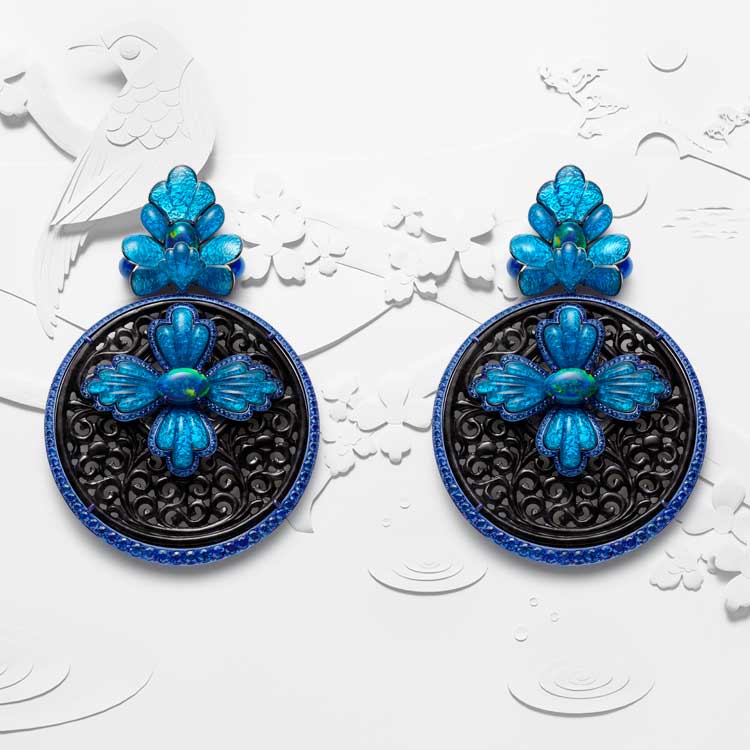 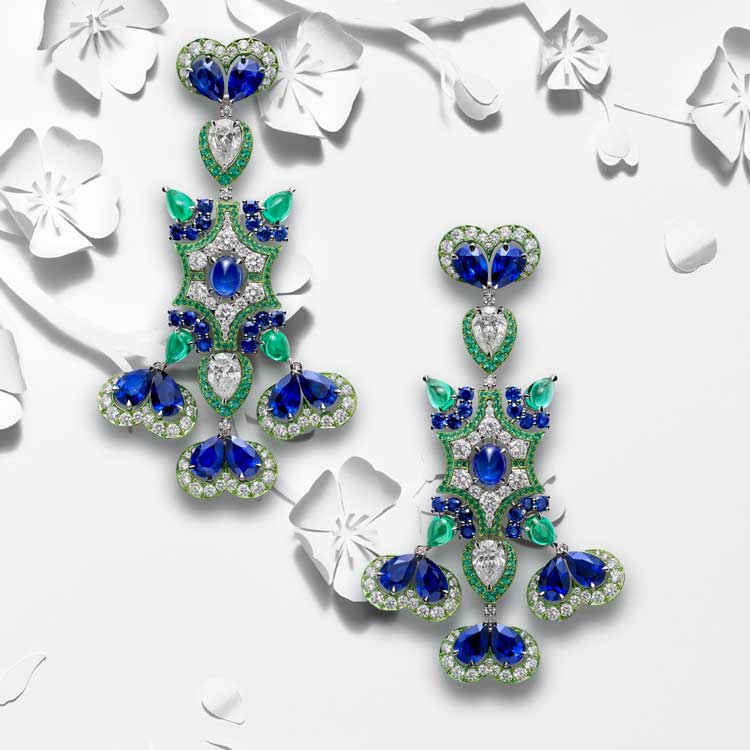 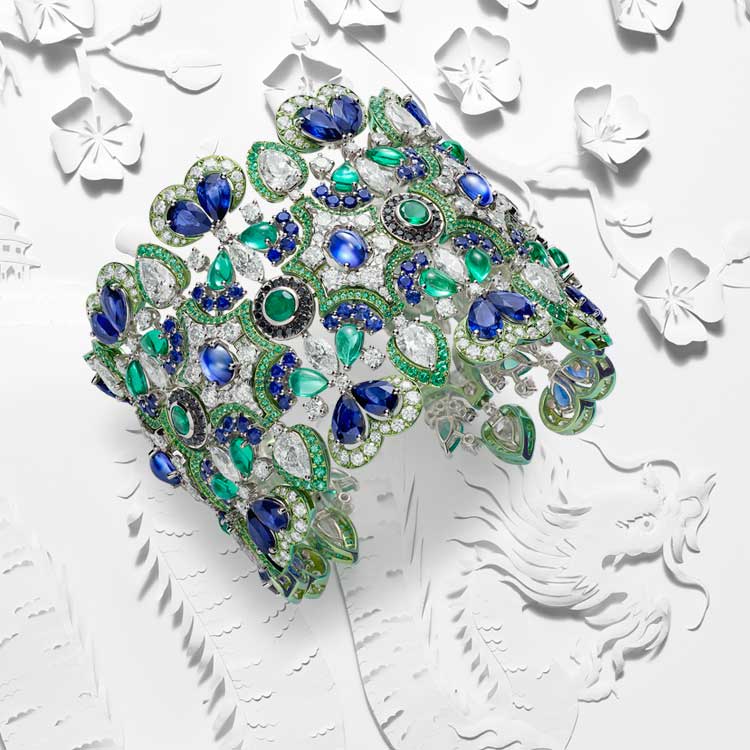 The luxury brand has identified themselves as a forerunner in ethical fine jewellery and watchmaking after their announcement during this year’s Baselworld that the brand would be using only certified Fairmined gold in all their pieces. They are also aiming at the responsible sourcing of their gemstones, and are planning to incorporate one variety of ethically sourced gemstones into their fine jewellery each year. Chopard were the first to champion Fairmined gold in high jewellery collections, and since then the house annually introduces a number of red carpet creations using ethical gold and sustainably sourced diamonds. 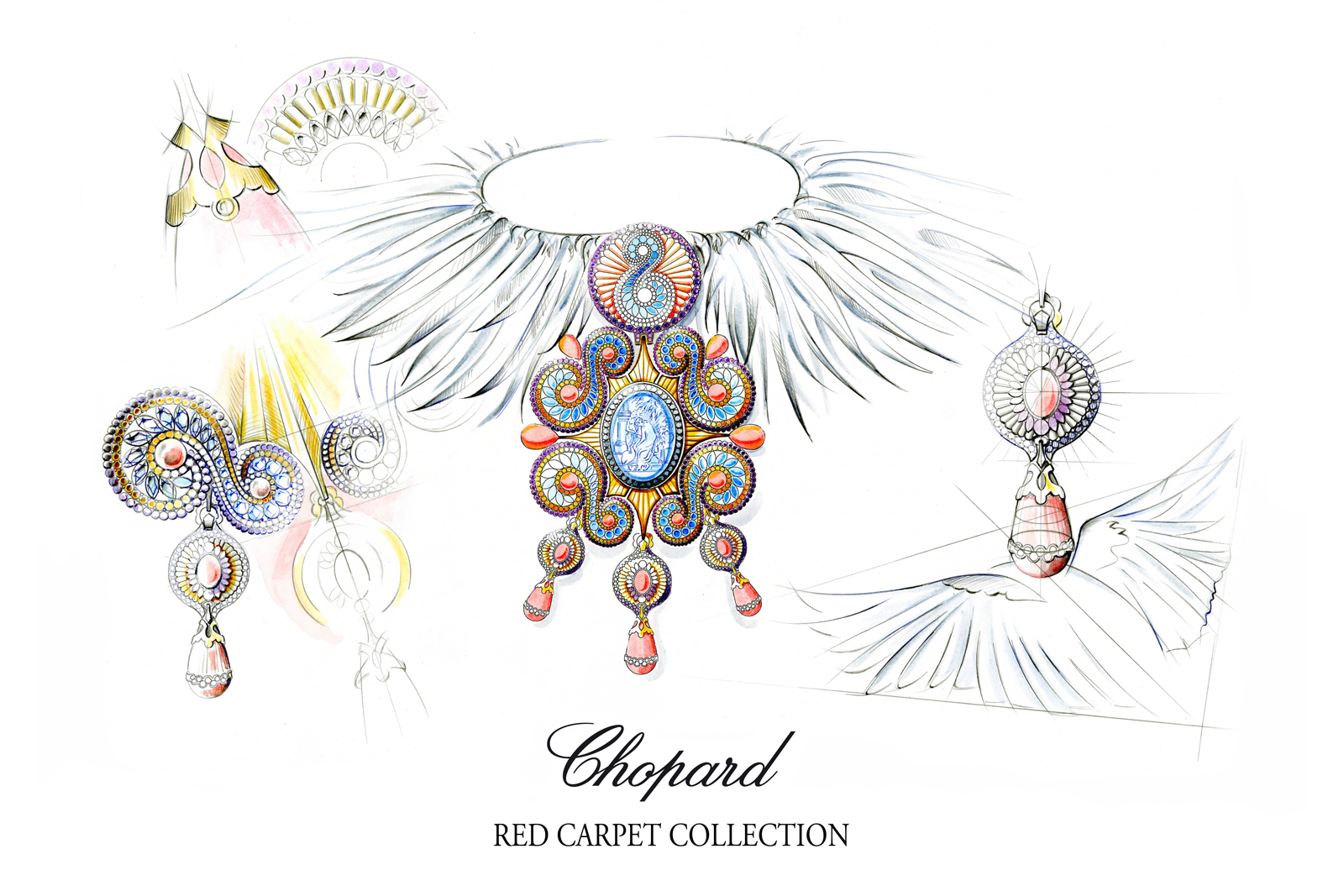 This year, the eponymous collection has been inspired by the vivid dreams and global travels of Co-President and Creative Director Caroline Scheufele. This has created a broad range of bright fantastical creations, of which there is no one overarching theme, but instead are tied together by their high quality, beauty and originality. However, one of the recurring aesthetic motifs certainly hints toward oriental colour combinations and forms: such as found in the orchid earrings, the secret opal timepiece and the feathered choker necklace. 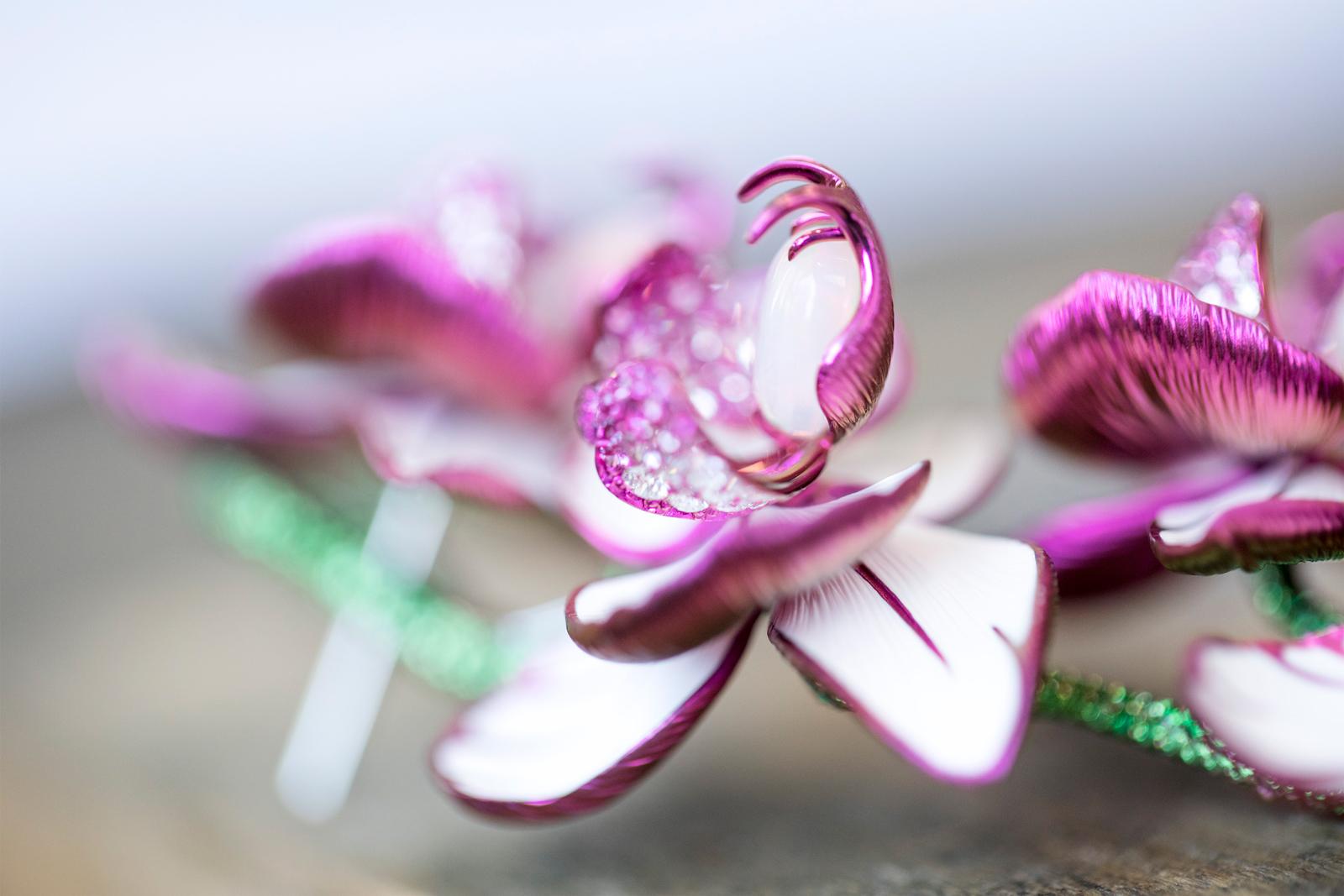 The orchid earrings were undoubtedly one of the stand-out novelties of this collection, and so were worn on the evening of the opening ceremony by Cate Blanchett, who is not only a highly revered actress, but also was the president of the Cannes jury this year. The orchid earrings took over a year to produce, requiring the attention of all of the professions exercised at Chopard's atelier. The house described them as “masterpieces; the ultimate embodiment of Chopard’s jewellery expertise.” 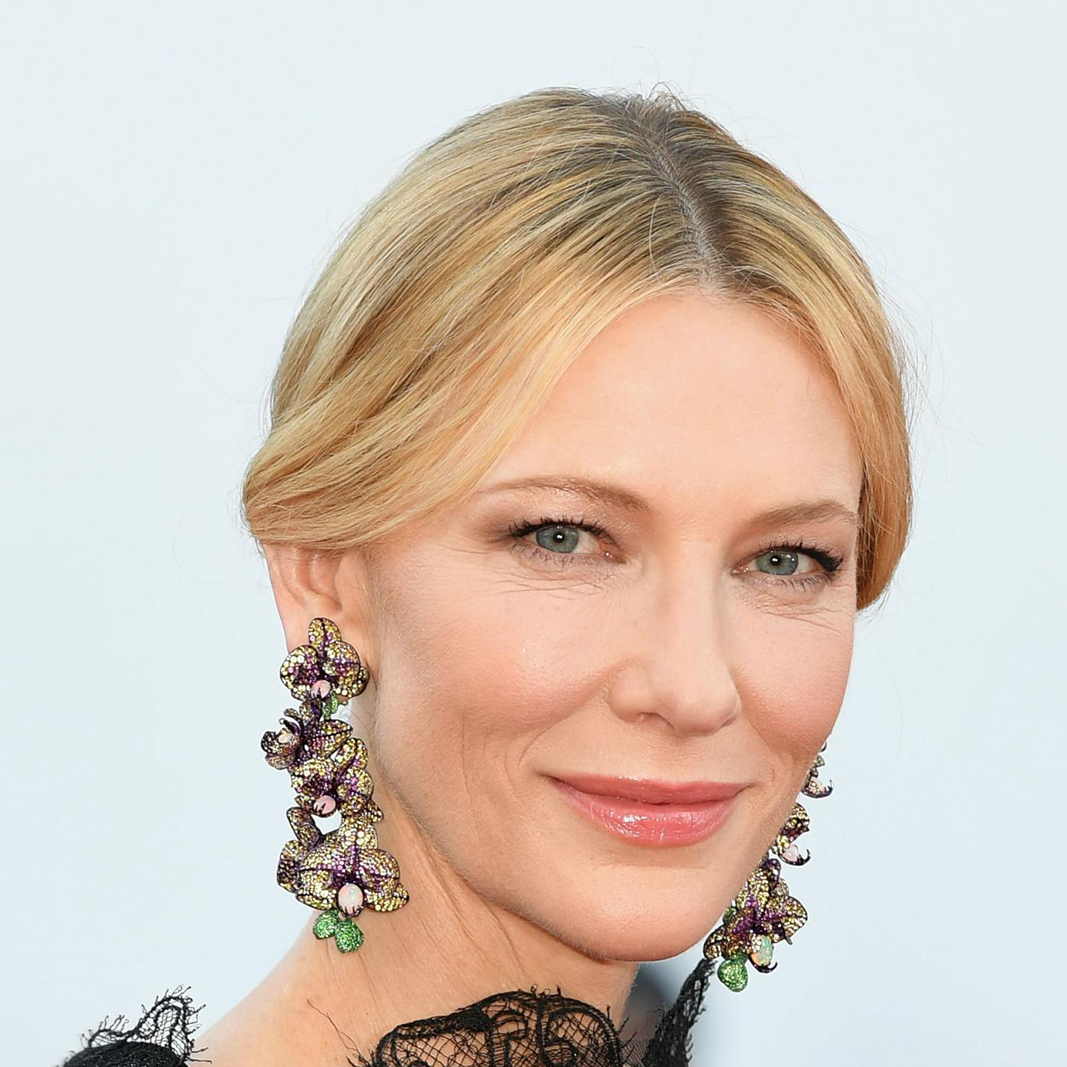 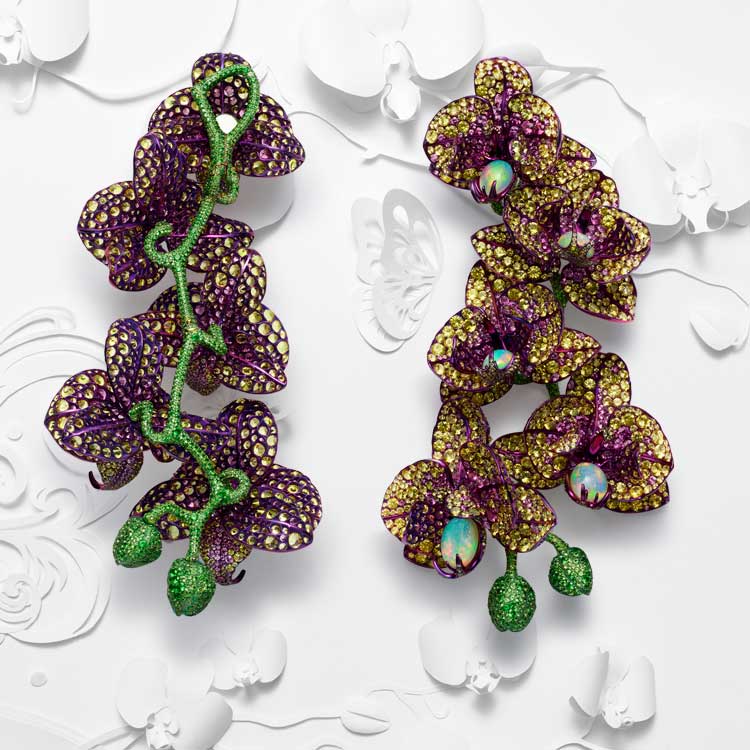 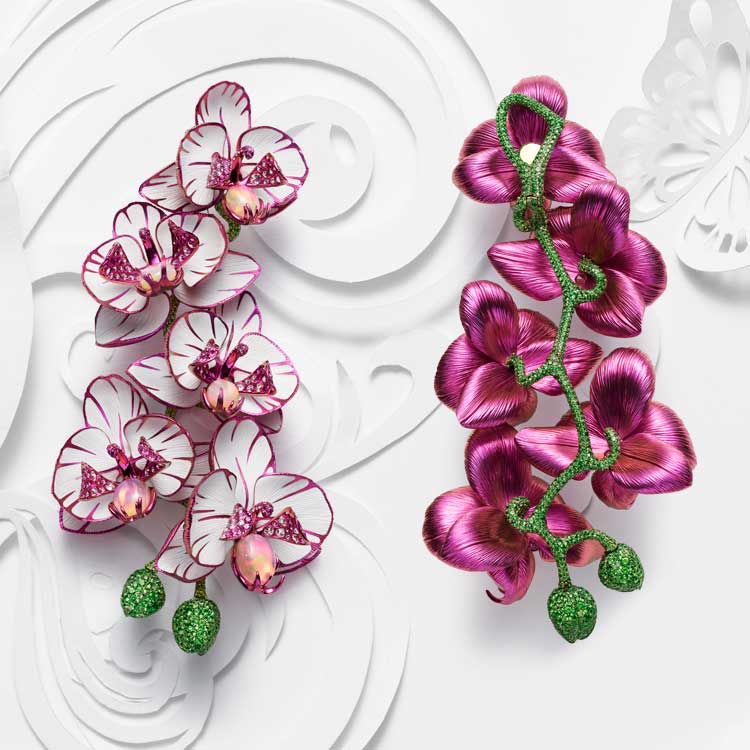 Two versions of the orchid earrings were created by the Swiss house, both featuring cascading flowers. The pair which Cate Blanchett wore was set with opals, yellow sapphires and garnets, while the alternate pair incorporated opals, pink sapphires and ceramic powder coating. Both sets have been designed using titanium, so as to make them more comfortable to wear, bearing the weight of the 4,800 tsavorites set on the 'stems' of the orchid in both versions. 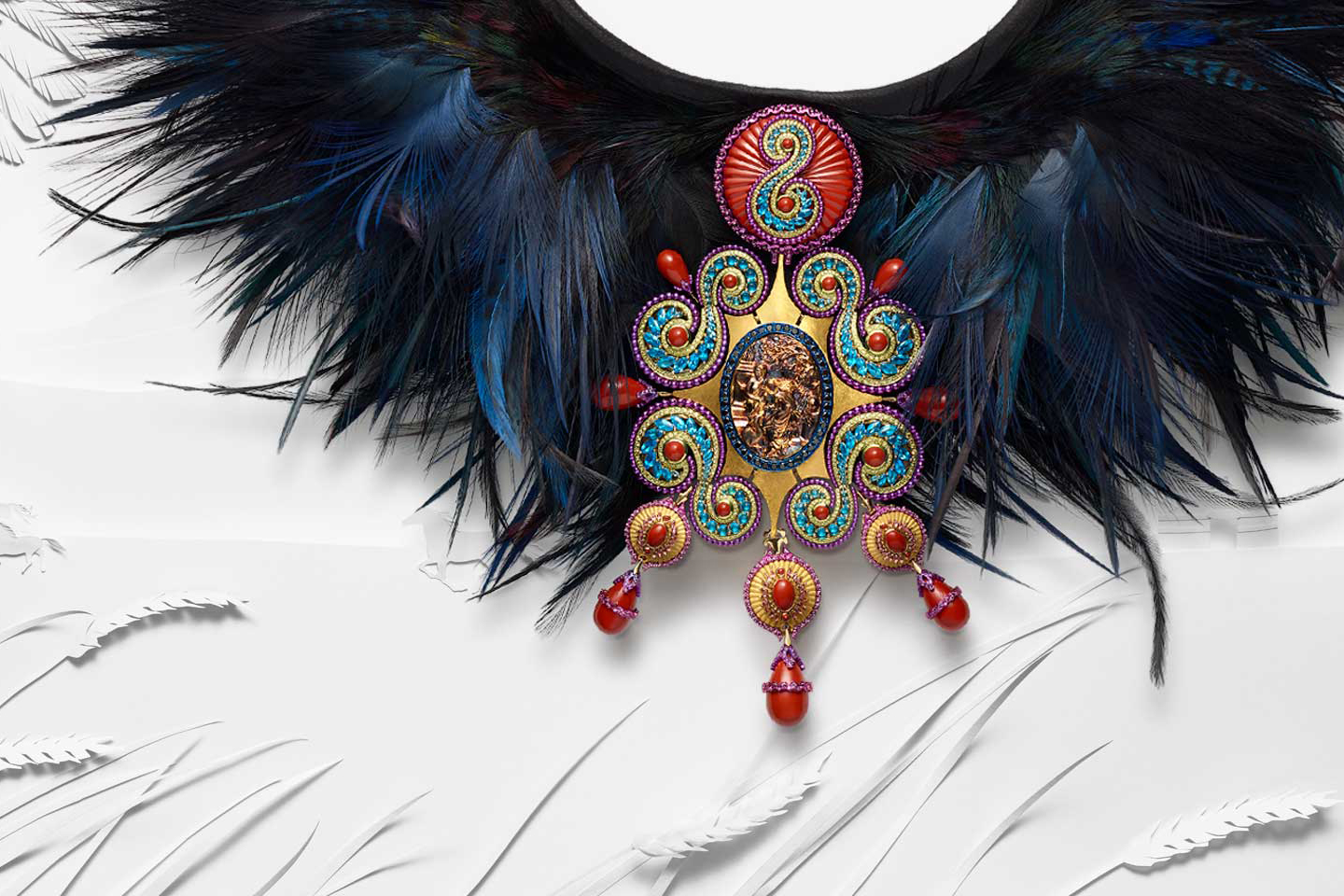 Another piece which excited jewellery fans was an astonishing choker necklace featuring rooster, grey heron, ostrich and black pheasant feathers. It was inspired by the costumes and crafts of the people living on the Mongolian Plateau. The necklace included one of the biggest current trends in jewellery - the use of cameo - which is accented by blue apatites, violet garnets and red jasper. 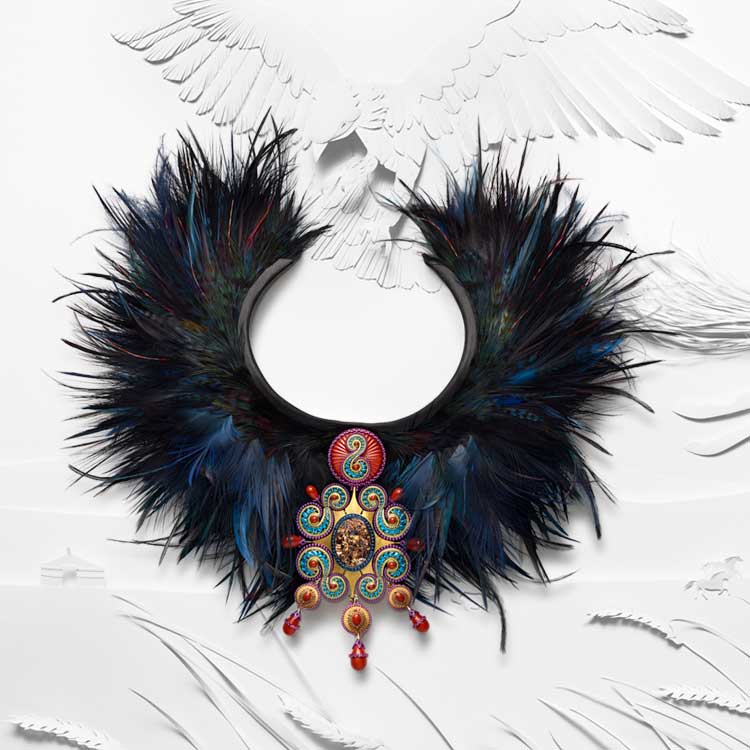 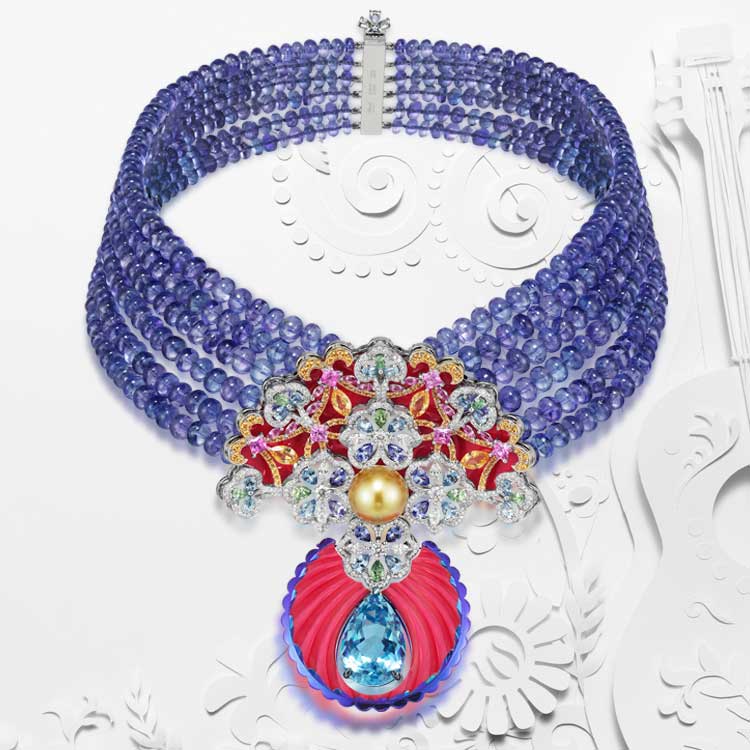 An example of another Eastern inspired piece is an enormous cuff incorporating tanzanites, tsavorites and turquoise, which is revealed to be a secret watch from behind a huge black opal. A similar aesthetic is displayed in an exuberant collar necklace, which included rows of tanzanites, a 12.4 carat pear-shape aquamarine centrepiece, and is surrounded by red ceramic in a blue titanium mount topped by a golden pearl. 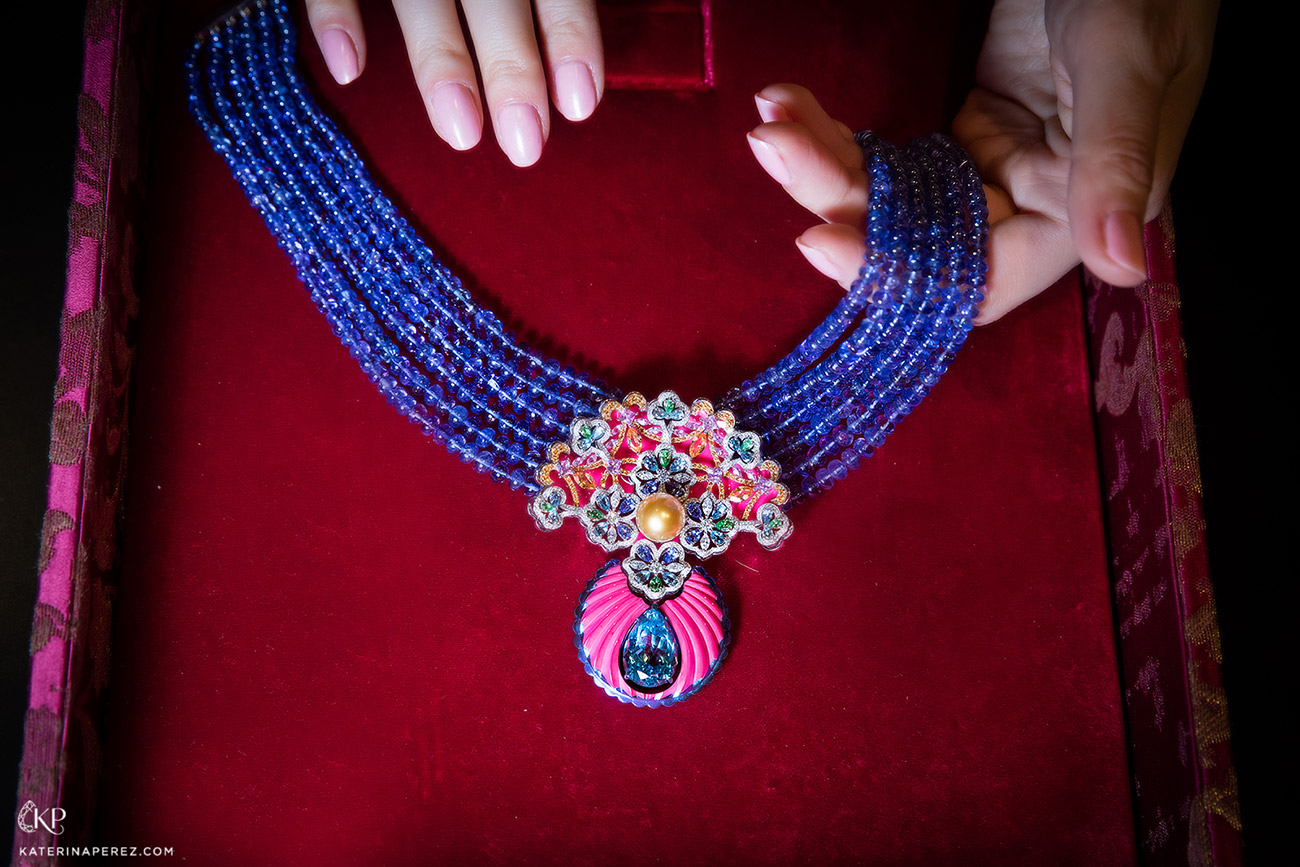 The most valuable piece of the Chopard Red Carpet collection is the luscious emerald and diamond necklace. It is composed of a circle of diamonds that alternate with 17 vivid green 'no-oil' emeralds in closely matched tones, and tapers down to two detachable diamonds, the largest of which - a flawless pear cut stone - weighs 20 carats. 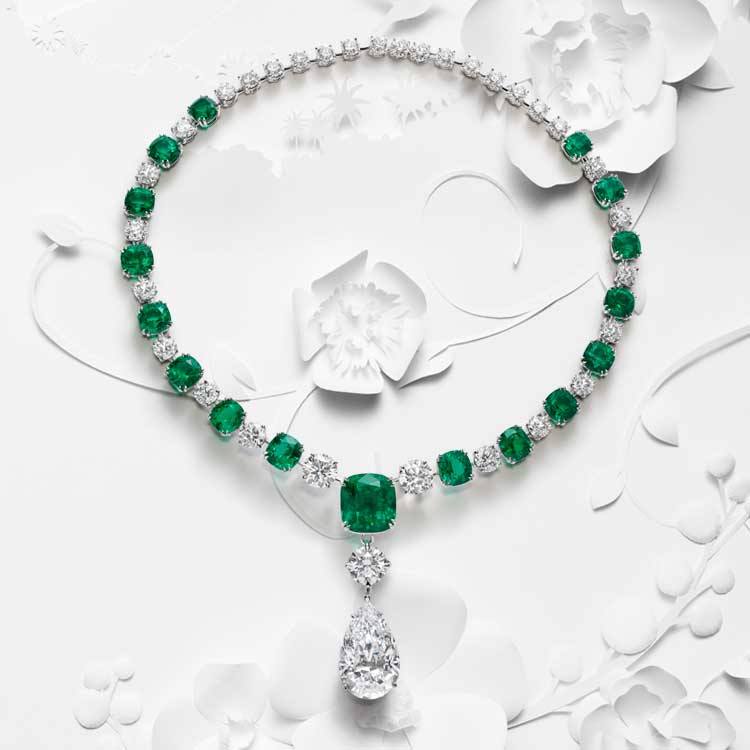 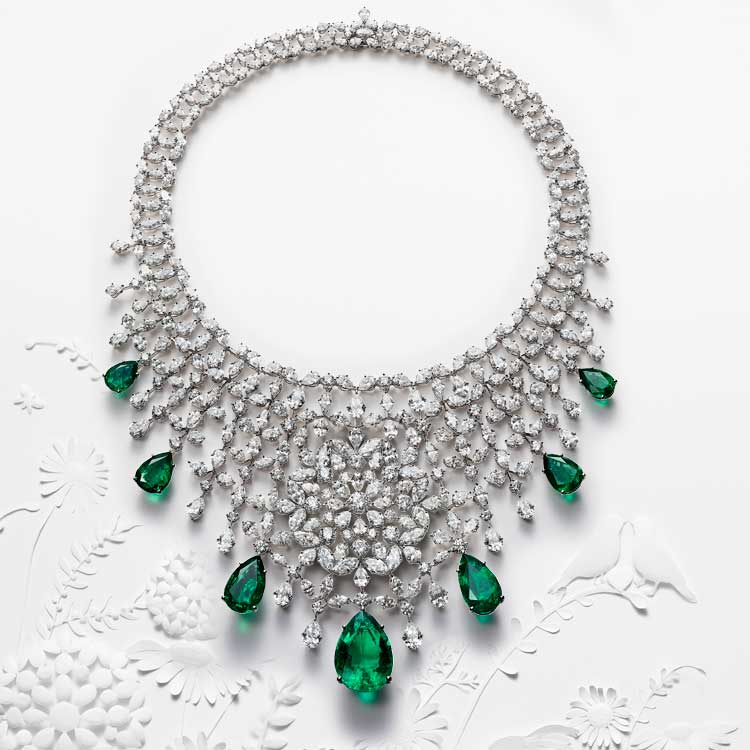 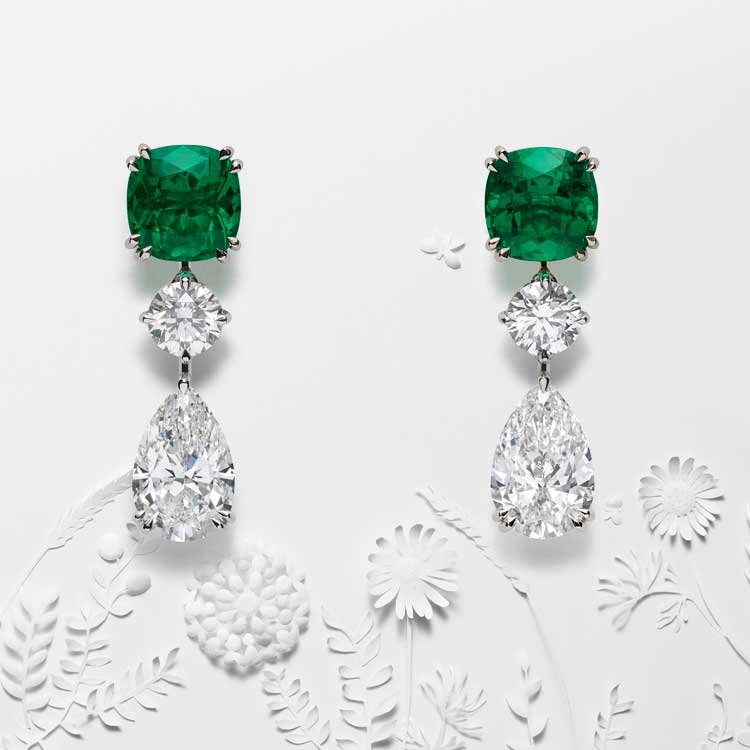 Chopard's 2018 'Red Carpet Collection' can be described in many ways; but most importantly it is a medley of unexpected materials, intriguing designs and inspirational ethical standards within fine jewellery and luxury brands.