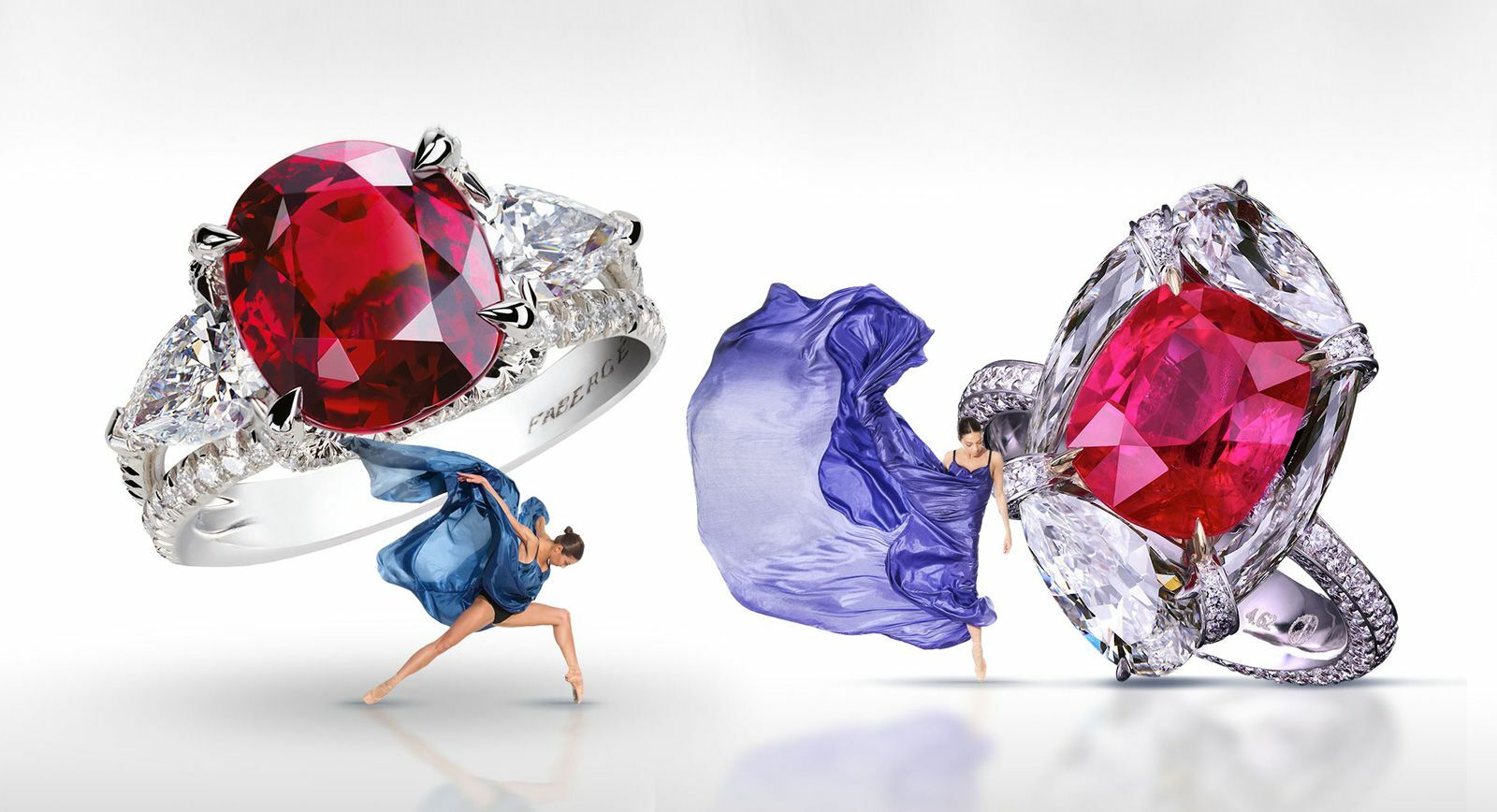 Ruby has long been considered a symbol of passion, strength, indomitable energy and power. Think of ruby and the red dress and passionate dance of Carmen in the namesake opera instantly springs to mind. Rubies have also been attributed with the ability to bring people happiness in love.

Translated from Sanskrit (ratnaraj), ruby means ‘king of gems’ and in Latin, the word means ‘red.’ This stone justifies both the names since the red corundum is one of the most expensive gemstones, whose value sometimes surpasses even that of the finest diamonds. Indians believe that God first created a ruby and then created humans to protect the gem.

If you doubt the credibility of ruby, take a look at the New Year’s gift that Richard Burton presented Elizabeth Taylor in 1968. The magnificent ring by Van Cleef & Arpels set with an 8.24 carat ruby is unlikely to leave anyone indifferent. While being sold at the auction, it caused such a furore that the hammer tapped thrice only reaching $4.2 million.

In the Middle Ages, men often gave rubies to their beloved, as a sign of mutual love. Whether it is for the memory of traditions in the past or for the love of the delicious colour, nowadays rubies are used for traditional engagement rings. Their high hardness on the Mohs scale makes the stone quite resistant to stress and allows the wearer to never take off the red corundum ring. Having said that, it is interesting to note ruby rings are also becoming the main feature of cocktail rings or luxurious jewellery sets. In this gallery, I’ve put together a fine selection of beautiful ruby rings in all their glory. 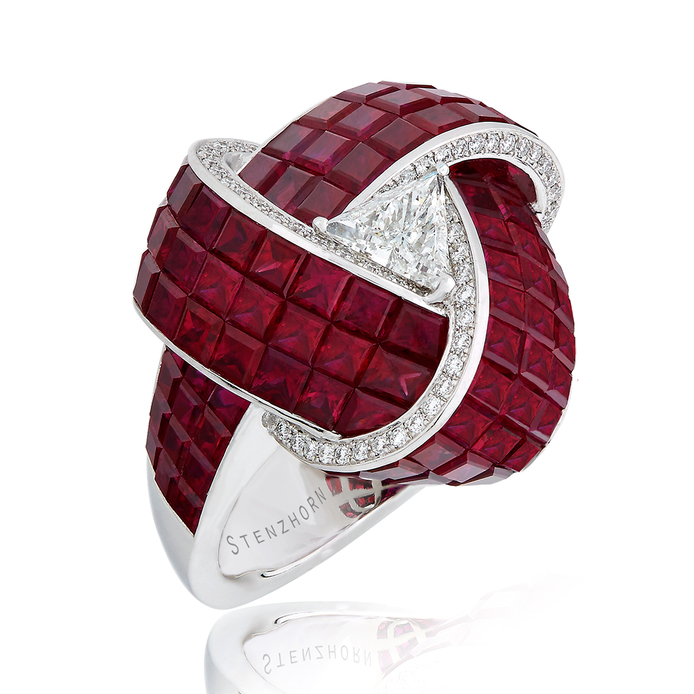 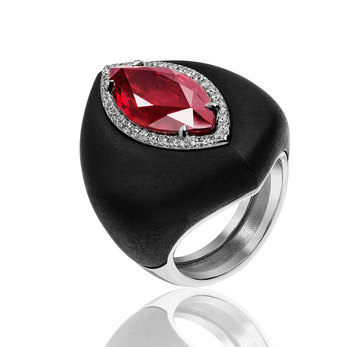 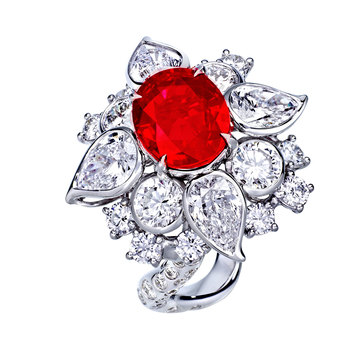 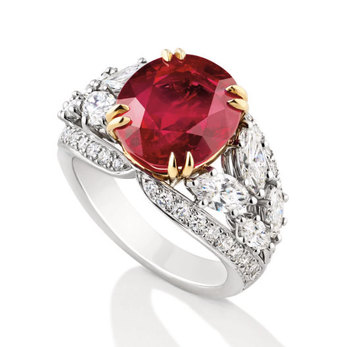 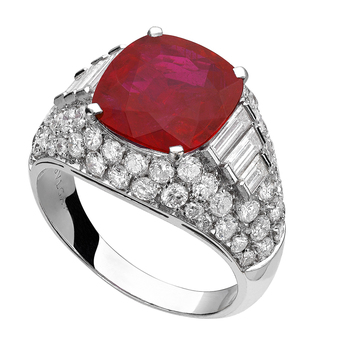 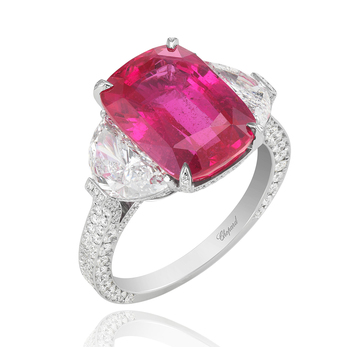 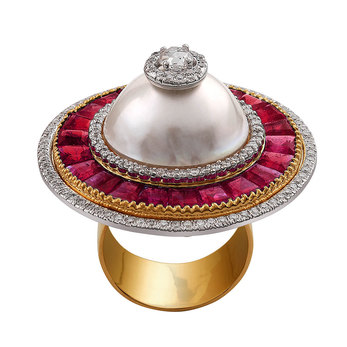 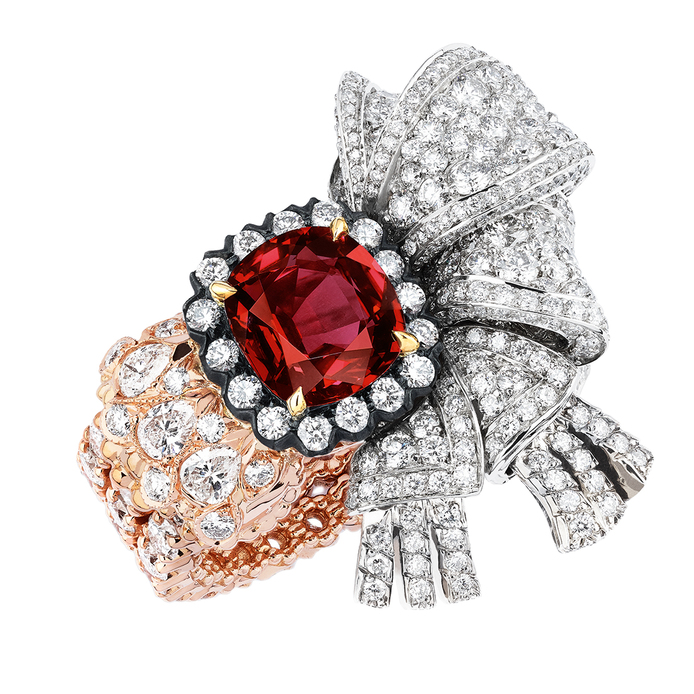 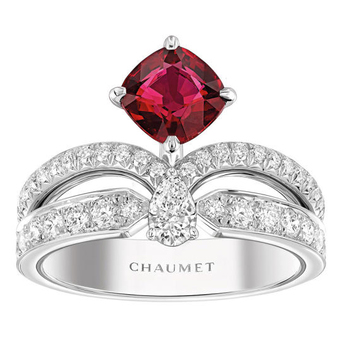 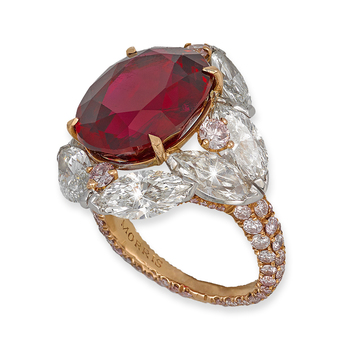 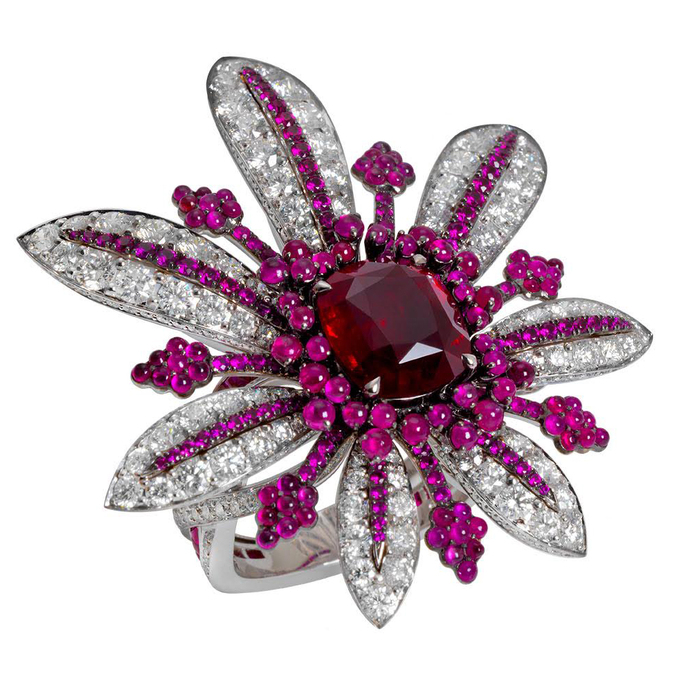 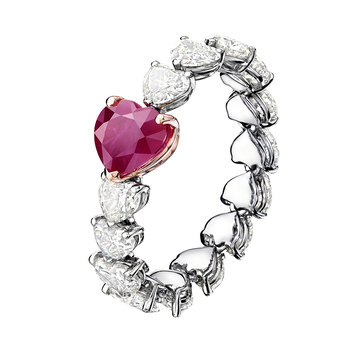 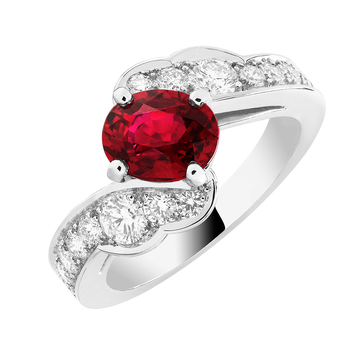 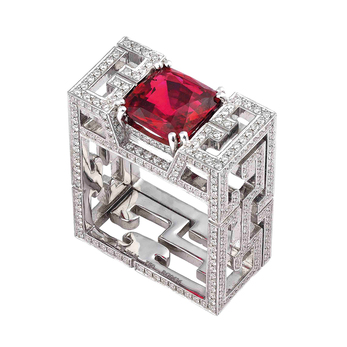 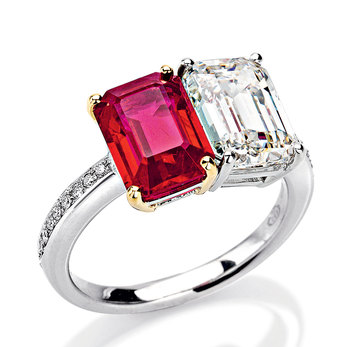 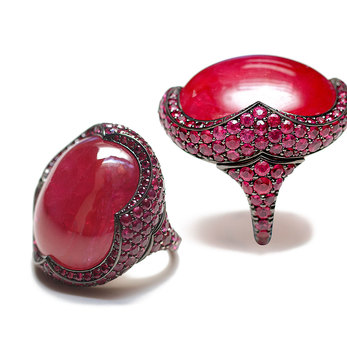 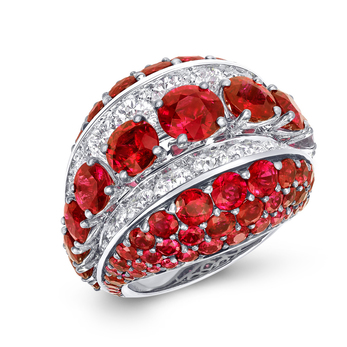 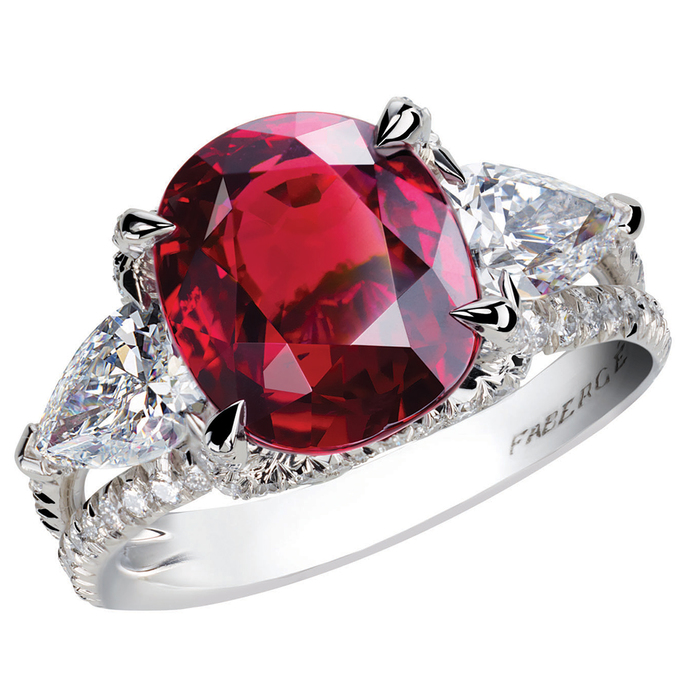 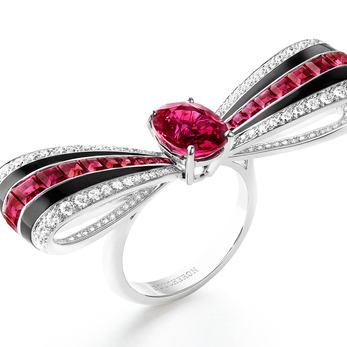 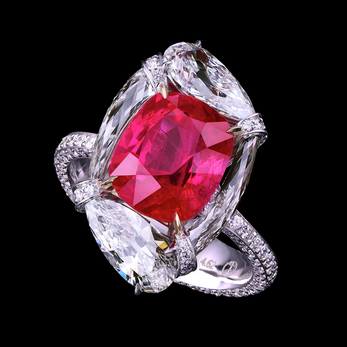