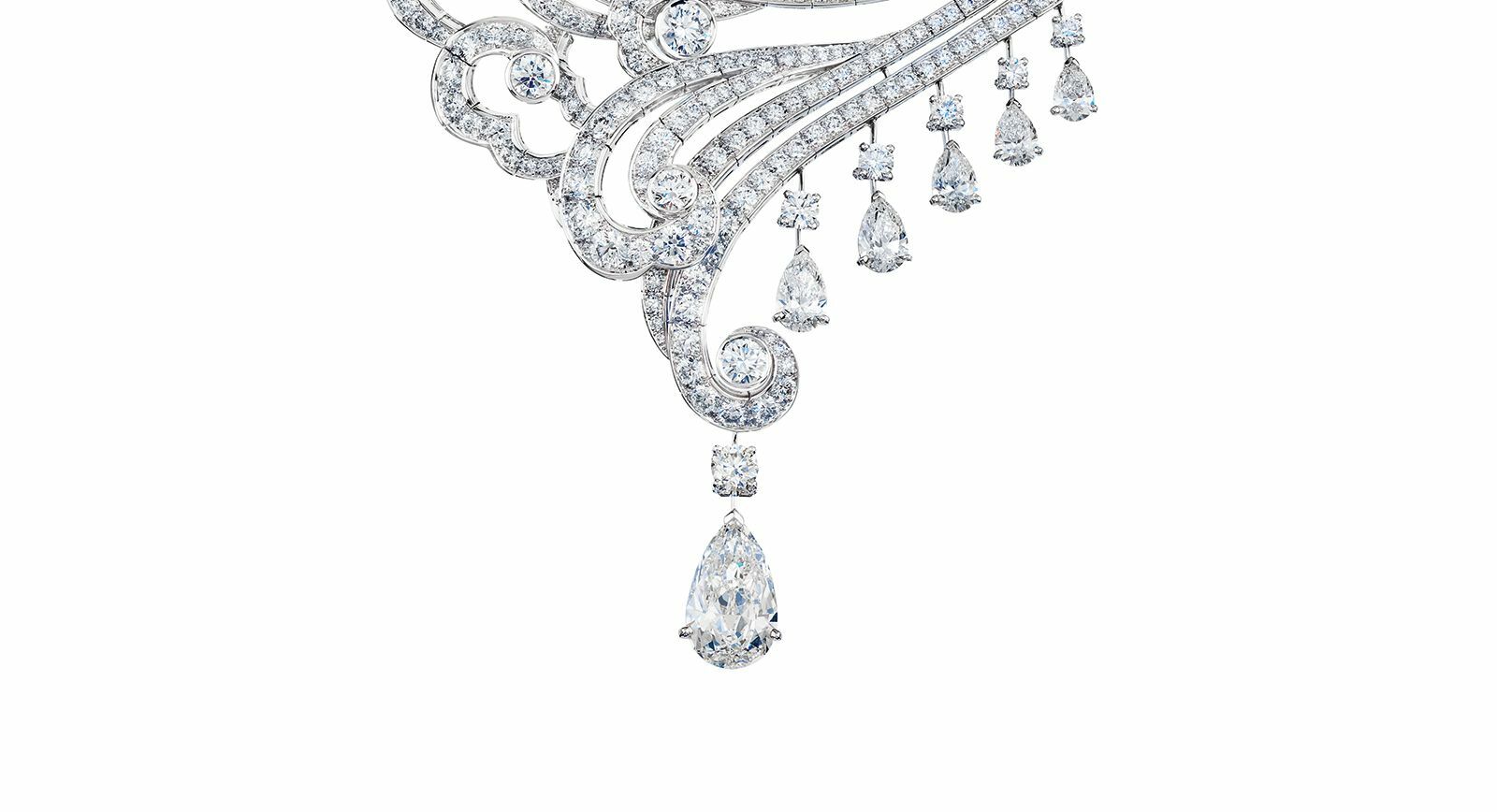 De Beers’ high jewellery art collection, Phenomena, is a clear example of just how true craftsmanship can turn the natural elements into jewellery form with no more than gold and the finest colourless diamonds. One design in particular, the Sirocco ring, made an impression on me, so I decided to talk about it with their chief designer, Hollie Bonneville Barden.

The Sirocco necklace is part of a set from the Phenomena line which began in 2013. The first pieces dealt with the element of water in jewellery form before moving onto wind, the element of air. The Sirocco is a Mediterranean wind which blows in the Arabian Desert and the Sahara; its gusts are reflected in spirals which wrap around your neck and culminate seamlessly in an ornament on your chest. 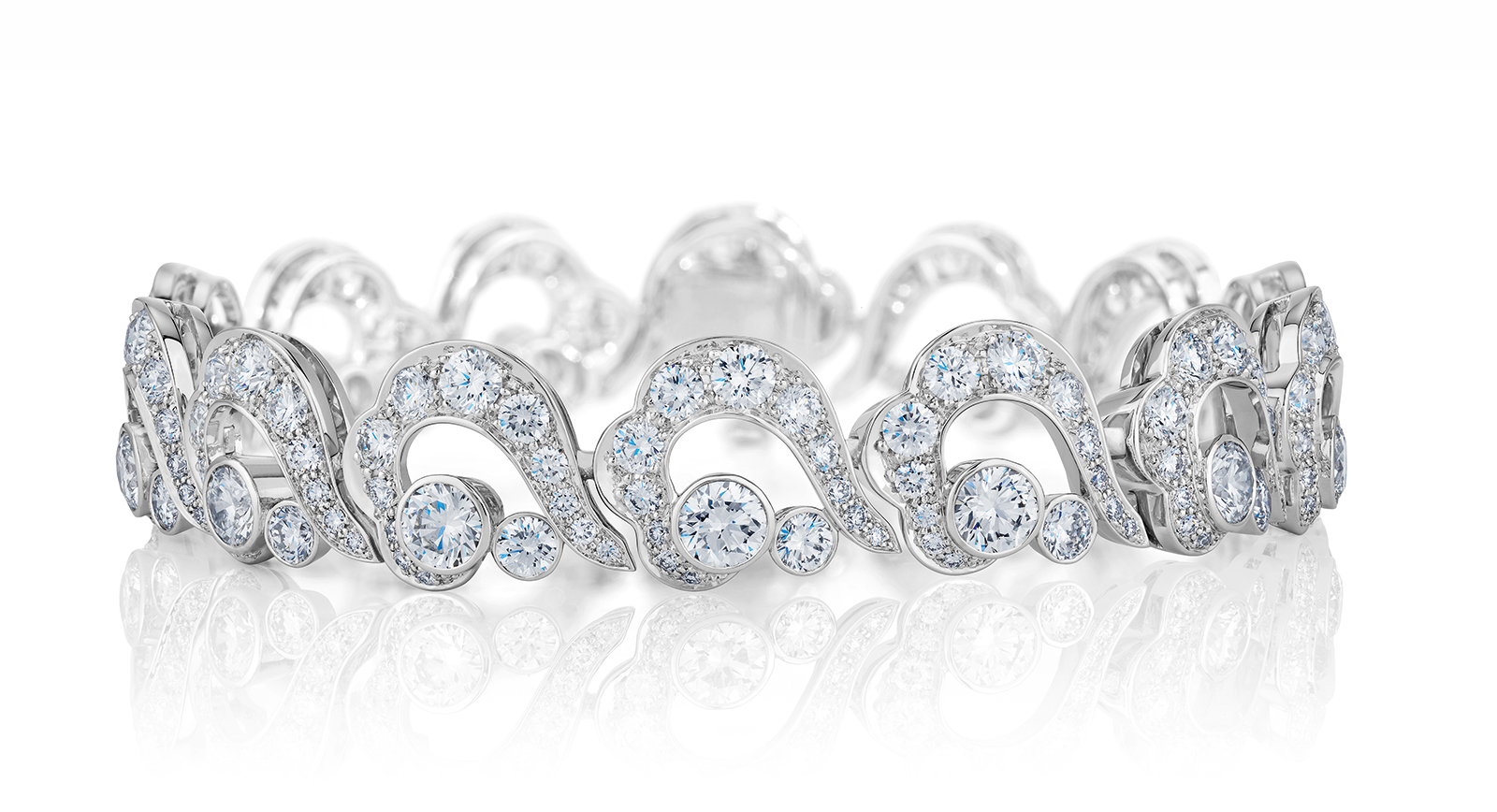 As a rule, the Sirocco is followed by rain, drops of which are frozen forever across one side of the jewel in the form of pear-cut diamonds which run evenly down the edge of the design to its centre, where an incredible 5.23 carat stone falls in the décolleté. "We always knew a pear shape was right for the design and as soon as we found this 5 carat stone we know it was perfect," says Hollie. The stone is the perfect finishing touch.

Which came first: the array of diamonds, the average weight of which is 42.27 carats, or the design concept? "At De Beers we are always inspired by the diamond; it is the muse which directs all our designs. In this piece we started with the inspiration as well as the initial idea for the design, then began working out which diamonds would work and adapted the idea to fit the stones we had selected." 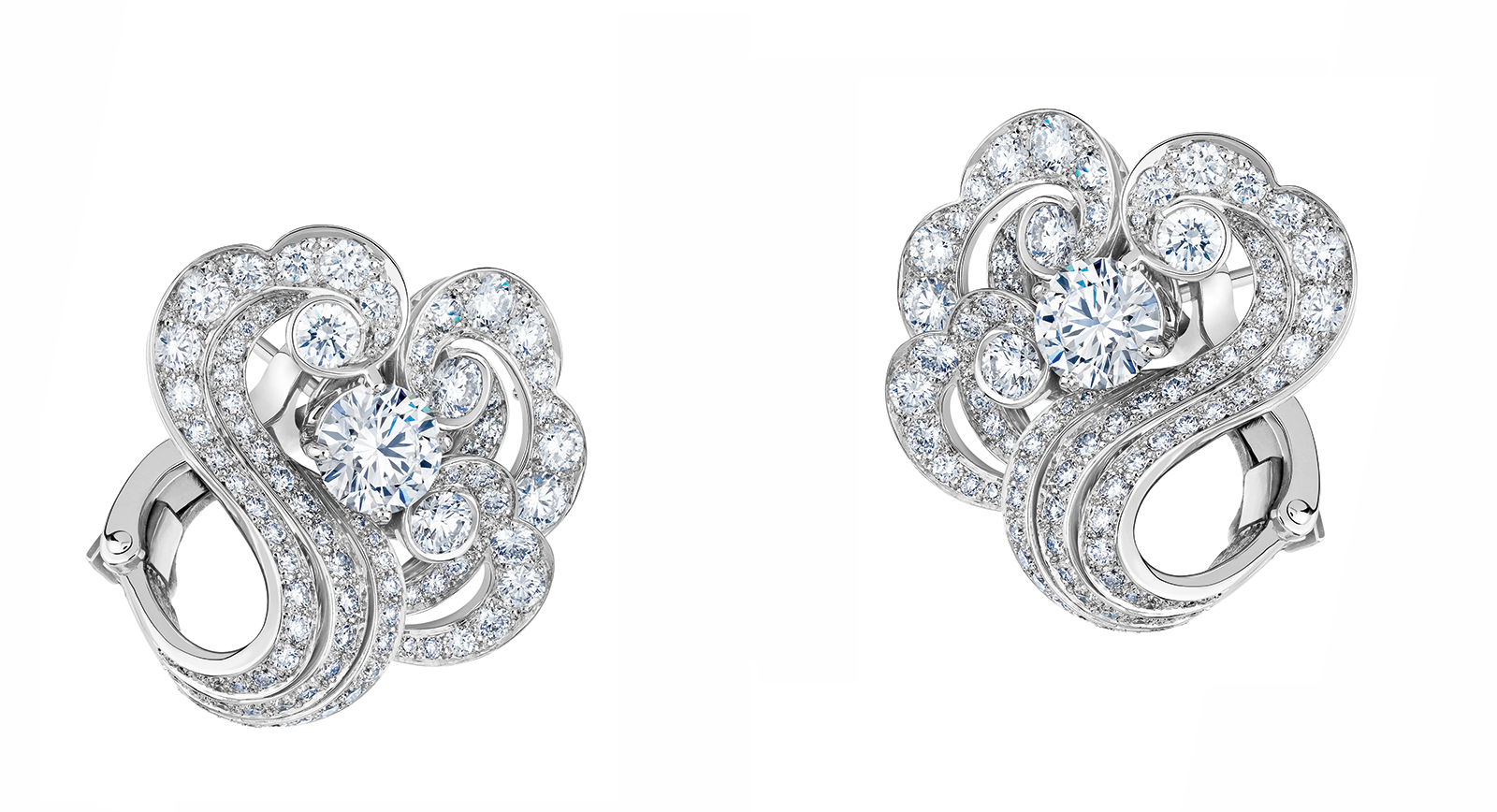 Creating this diamond masterpiece took more than a year. Visually speaking, the design might appear fairly simple, but in reality there are very many intricate elements, all of which have to be created individually before being combined into the finished whole. Such a grandiose work requires an accompaniment, and the necklace is complemented by a ring featuring a 3.01 carat oval diamond, diamond earrings averaging 4.87 carats and a bracelet with a 9.28 carat stone.

I sometimes think that the sparkle and lack of light in diamonds makes them such a universal stone that they can lend beauty to anything a designer want and is able to create, here, gusts of wind and raindrops. What does Hollie think about this? "Diamonds have a special link to the natural world as Mother Nature’s most precious creation. Once believed to be the tears of the Gods and splinters from falling stars, they have always captured the imagination. Their sparkle and brilliance makes them wonderful for creating a design inspired by water, especially the beautifully crafted pear-shaped diamonds."

Phenomena is not Hollie Bonneville Barden’s first collection for De Beers. In 2011 she designed the piece, Imaginary Nature. Formerly a contributor to projects, she now manages them. Everything Hollie produces incorporates her characteristic aesthetic: a combination of power and grace. 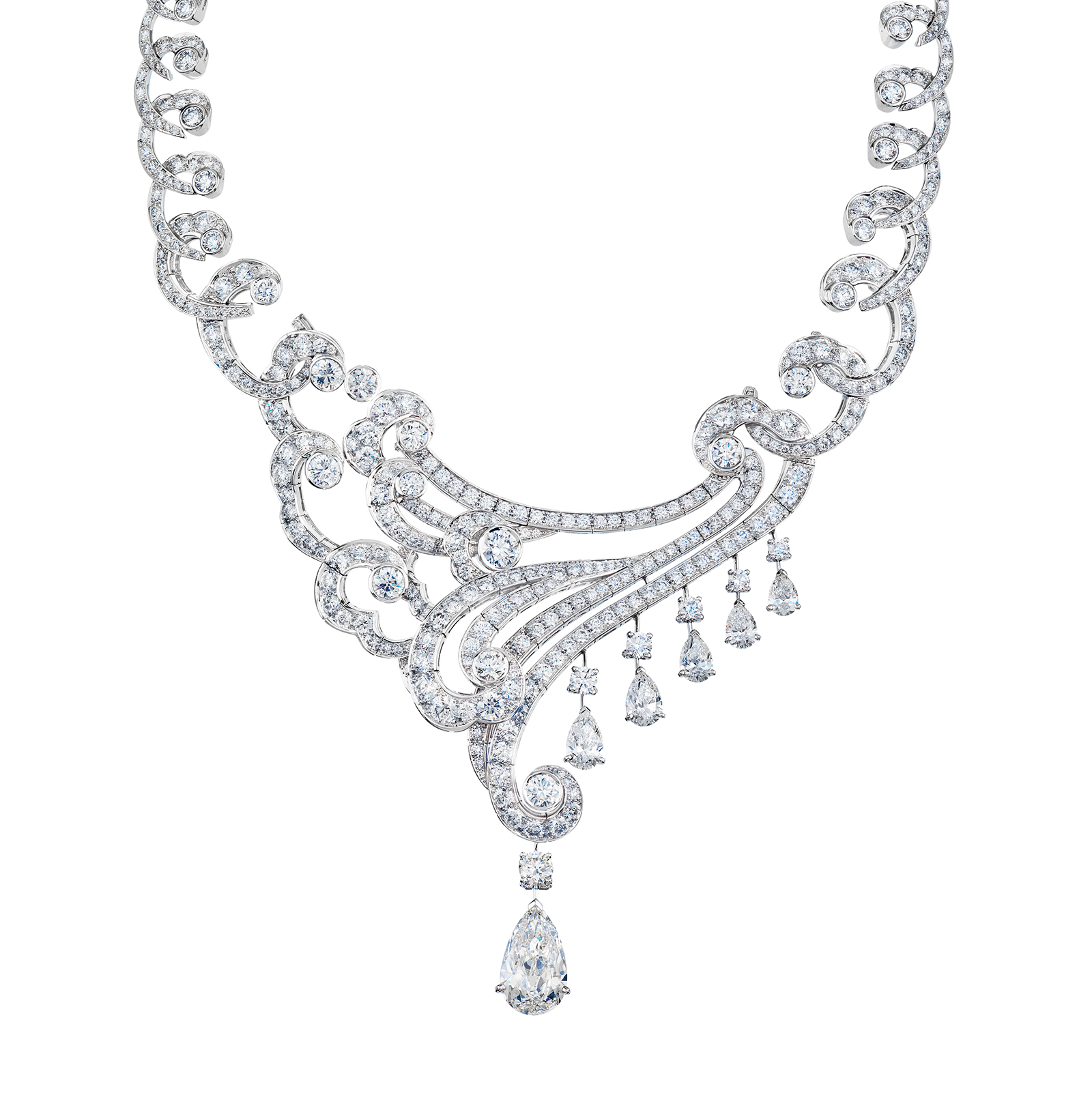