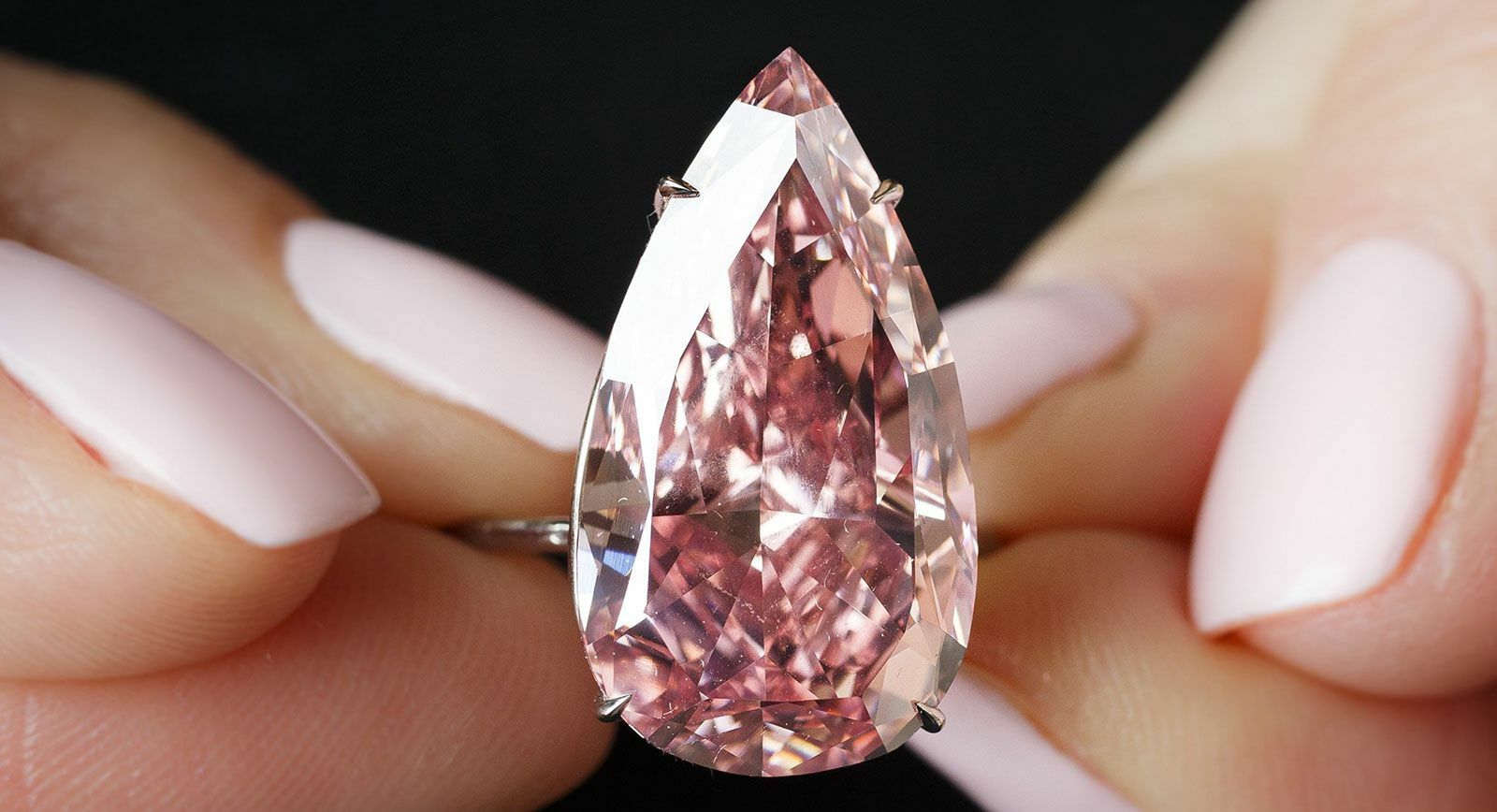 Two Incredible Diamonds Up For Sale At Sotheby’s

The Sotheby’s auction house never ceases to amaze with the sensational items it puts up for sale. Two lots, set to be sold in May and June, have already created a stir. The first is a pink diamond – The Unique Pink – the largest Fancy Vivid Pink-coloured pear shaped diamond to ever go up for auction. The second is a colourless Lesedi la Rona stone which is the largest gem-quality rough diamond to be found in over 100 years – weighing a mighty 1109 carats.

The estimates on these incredible, one-of-a-kind stones correspond to their exclusive status. The guide price for the pink diamond is between 28 and 38 million dollars while the uncut diamond is expected to go for 70 million dollars or higher. The first stone will be sold on the 17th May in Geneva as part of an auction named Magnificent and Noble Jewels while the second will be sold at a separate auction, organised by Sotheby’s in London on the 29th June.

As I mentioned above, The Unique Pink is the largest pink pear shaped diamond of the highest colour grade Fancy Vivid Pink and weighs in at 15.38 carats. According to a note by the GIA, it has “exceedingly pure structure,” which has led the diamond to be categorised as a Type IIa in terms of purity. It’s worth noting that coloured stones make up only three percent each year of those that pass through the Gemological Institute of America, and pink diamonds make up only five per cent of these. By no means all coloured diamonds receive a high colour category rating, therefore the intense shade of pink, evenly distributed throughout the stone, makes The Unique Pink even more valuable. 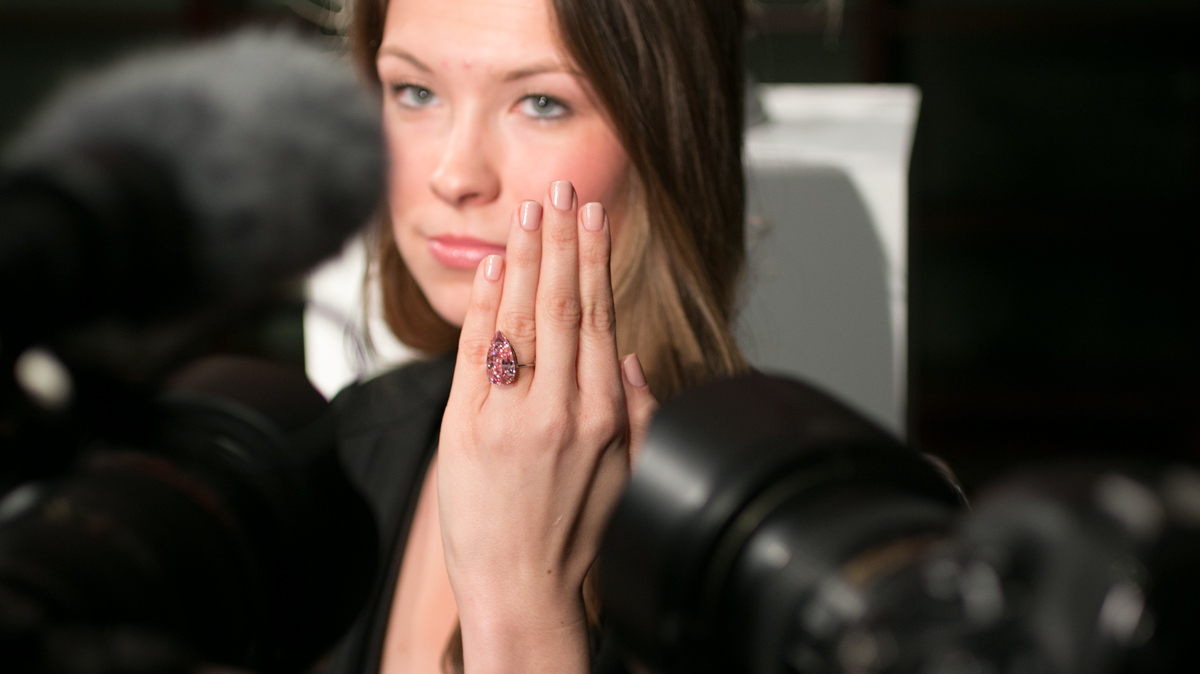 I can only imagine how complicated it was to determine an estimate for the uncut diamond, Lesedi la Rona. According to the Gemological Institute of America such a combination of a high colour category and transparency is found in Type IIa diamonds, which in turn make up only two percent of all gem-quality diamonds.

Lesedi la Rona is a truly unique stone. Nothing like it has ever appeared on the market over the course of the last thousand years, meaning that there is also nothing to compare it with. This has made it even harder to wait to see the outcome of the bidding! The only diamond which has ever beaten the 1109 carat stone for size is the world-famous Cullinan Diamond, which weighed an incredible 3106.75 carats.  Incidentally, Lesedi la Rona, means “Our light” when translated from the Tswana language, which is spoken in Botswana. It was there, in the Karowe mine, that this coveted diamond found by the Lucara Diamond Corp mining company. 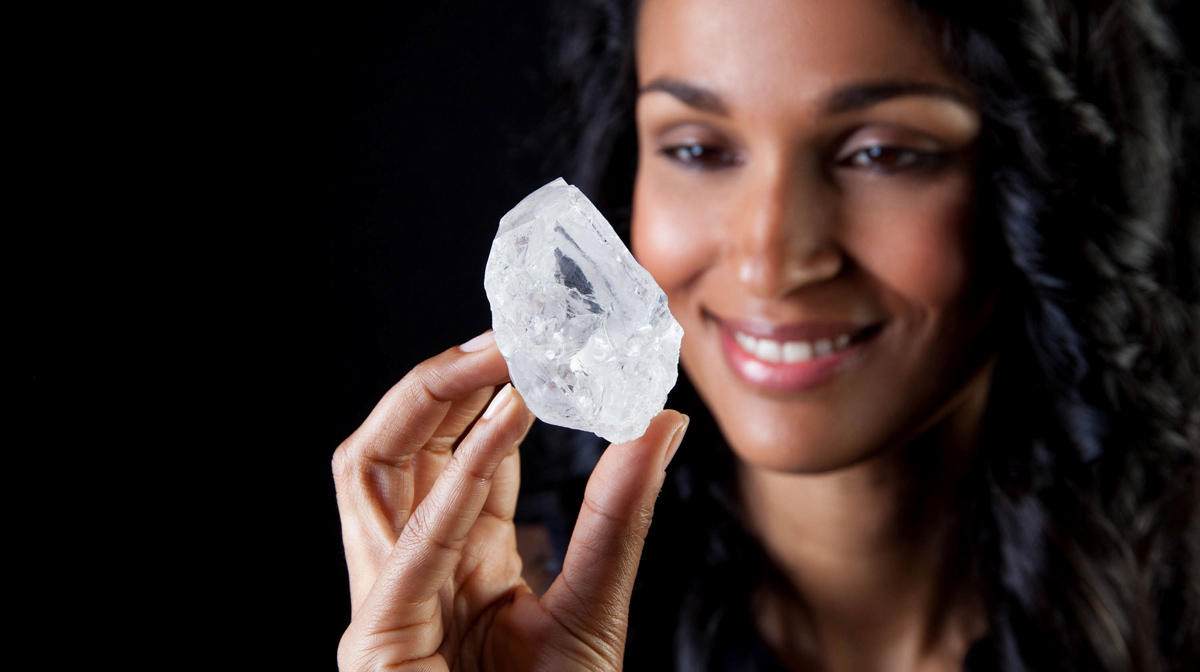 In November 2010 the 24.78 carat diamond, named The Graff Pink, was sold for 46 million dollars, setting the world record for a pink diamond. Will The Unique Pink manage to break this record? We’ve only got less than a week to go to find out.