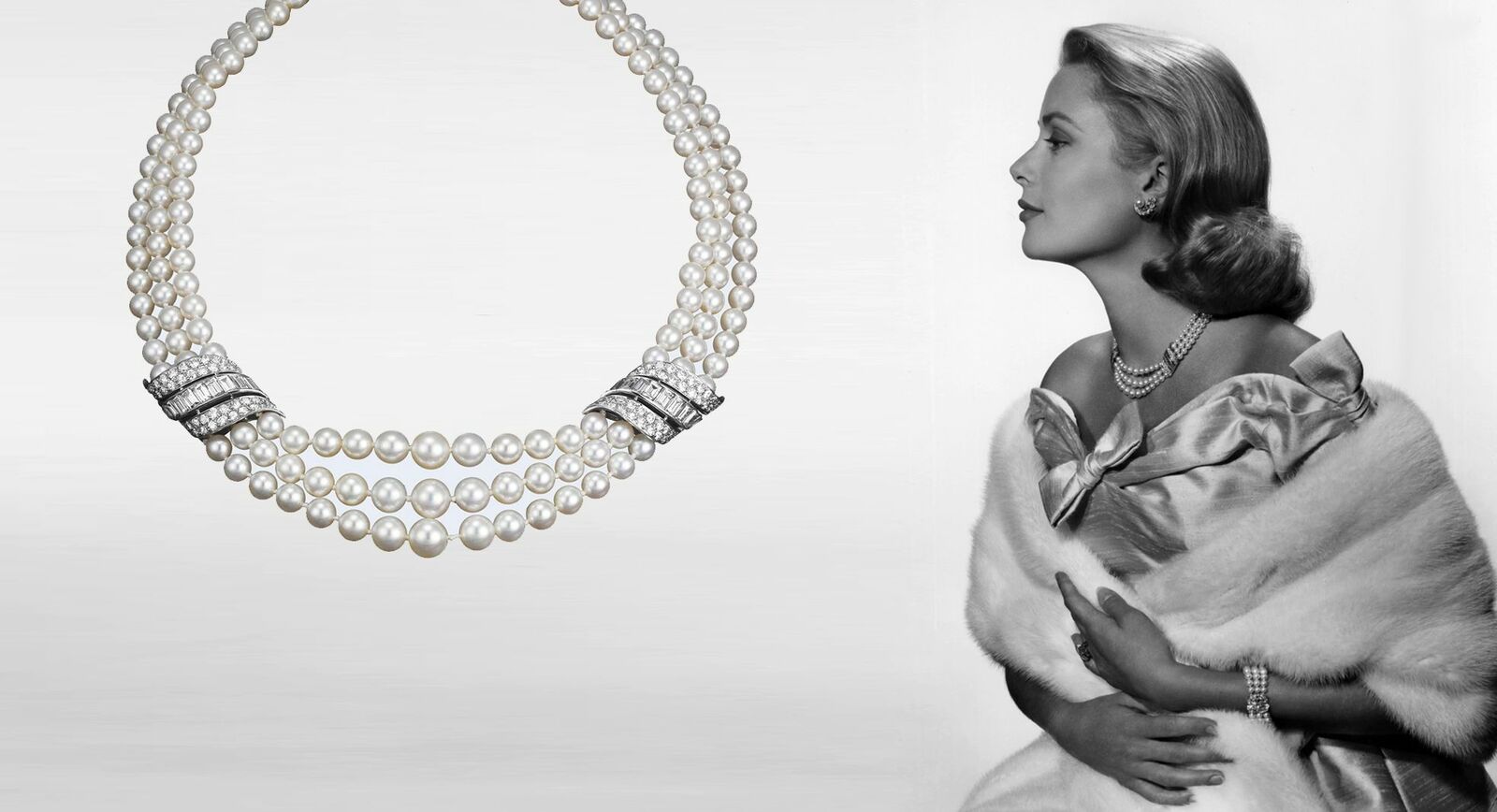 Creative fantasies, a unique signature style and artistic excellence are the elements that have long attracted sophisticated global jewellery connoisseurs to the French Maison Van Cleef & Arpels. Among its clientele, one often finds members of royal families, Hollywood stars, famous actresses and socialites. The Maison is well-known thanks, in part, to famous media personalities wearing its jewels, enabling it to acquire more wide-spread popularity among the general public. Let’s take a look at some of the famous faces who have been lifelong fans of Van Cleef & Arpels.

Barbara Woolworth Hutton was an American socialite who was famously given the epithet of “poor little rich girl” by the newspapermen of her day. Her inheritance from her grandfather, the trade magnate Frank B. Woolworth, made Barbara one of the richest women in the world and allowed her to buy paintings and sculptures from the Old Masters, the personal possessions of Marie Antoinette and Prince Eugene of Savoy, notable pieces by Fabergé and even a 40-carat diamond dubbed “Pasha”. She also possessed a rather formidable collection of Van Cleef & Arpels jewellery, among which were her diamond Ludo bracelet (1935), a legendary fairy brooch entitled “Spirit of Beauty” (1941), and a unique tiara adorned with 22 pear-cut diamonds (1967). Famous for ordering lavish gifts from the House for her friends, unfortunately for Barbara, her extravagance would eventually bankrupt her. 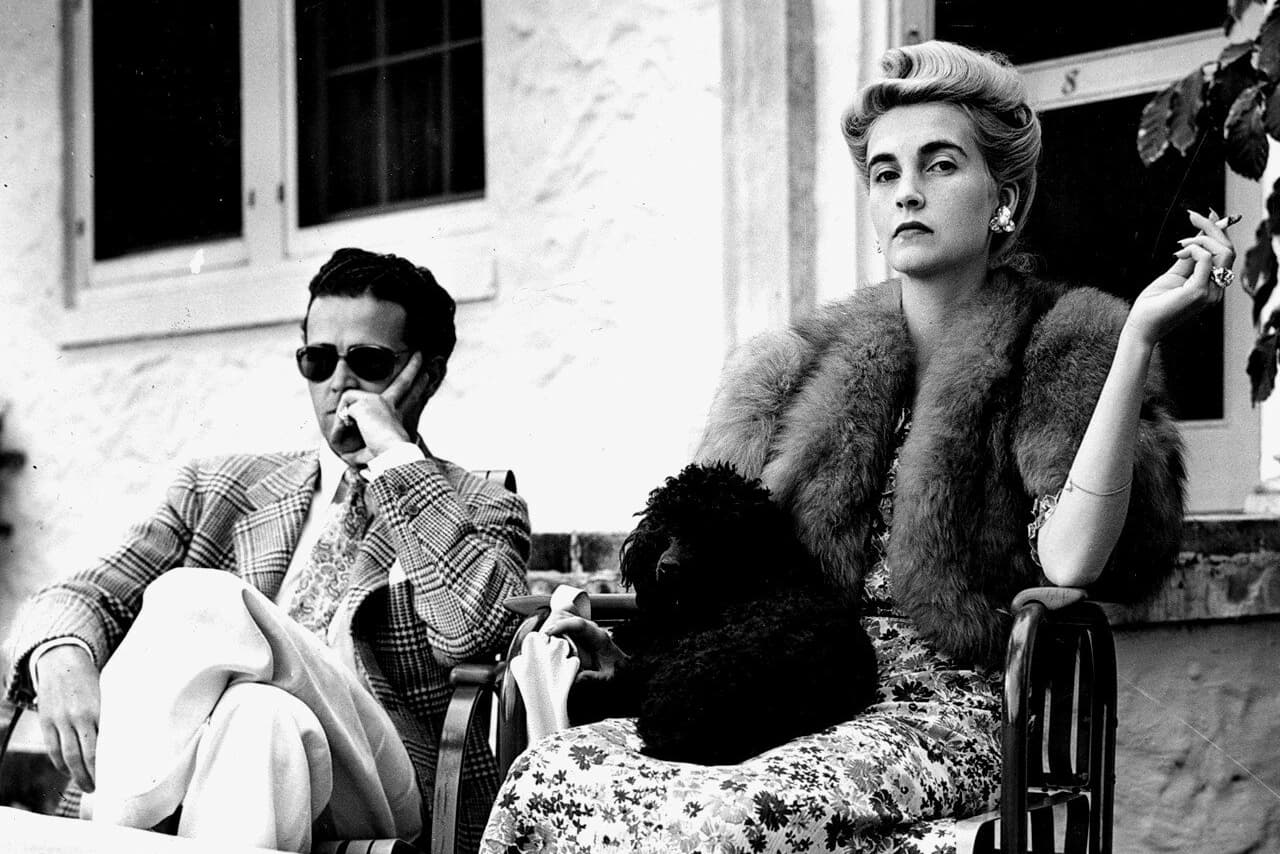 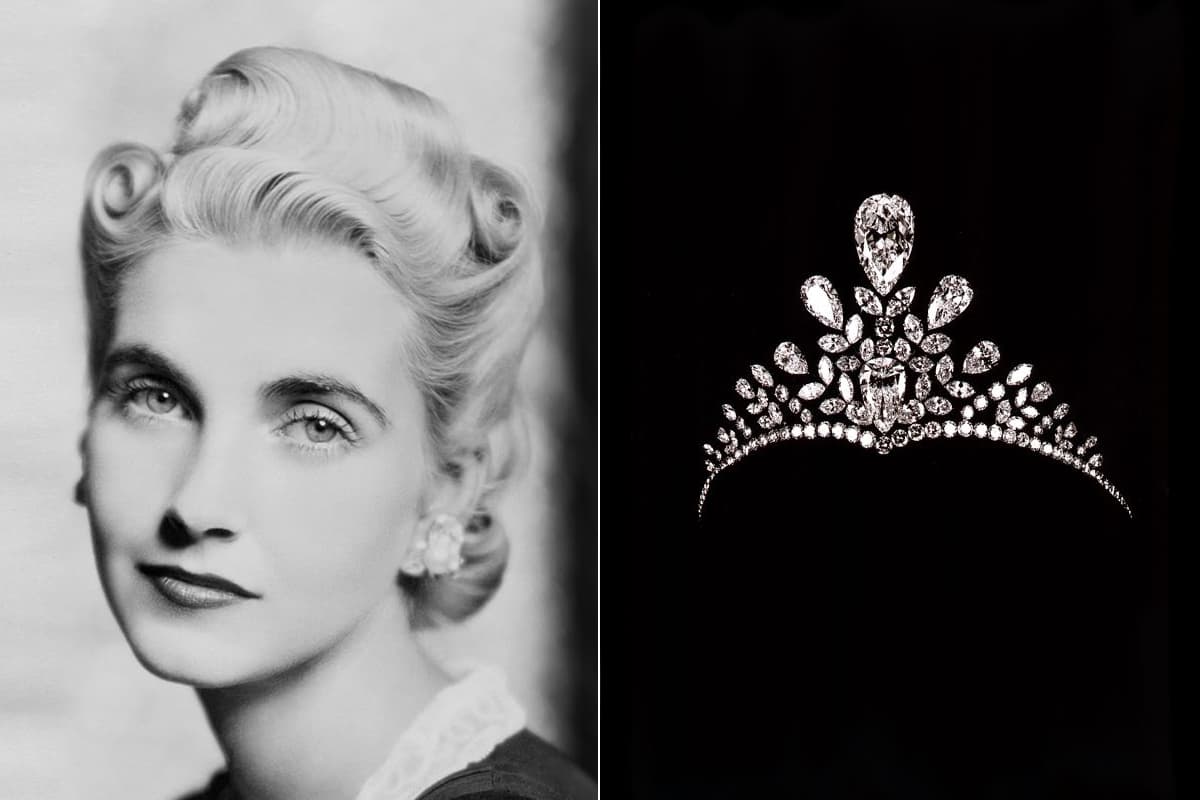 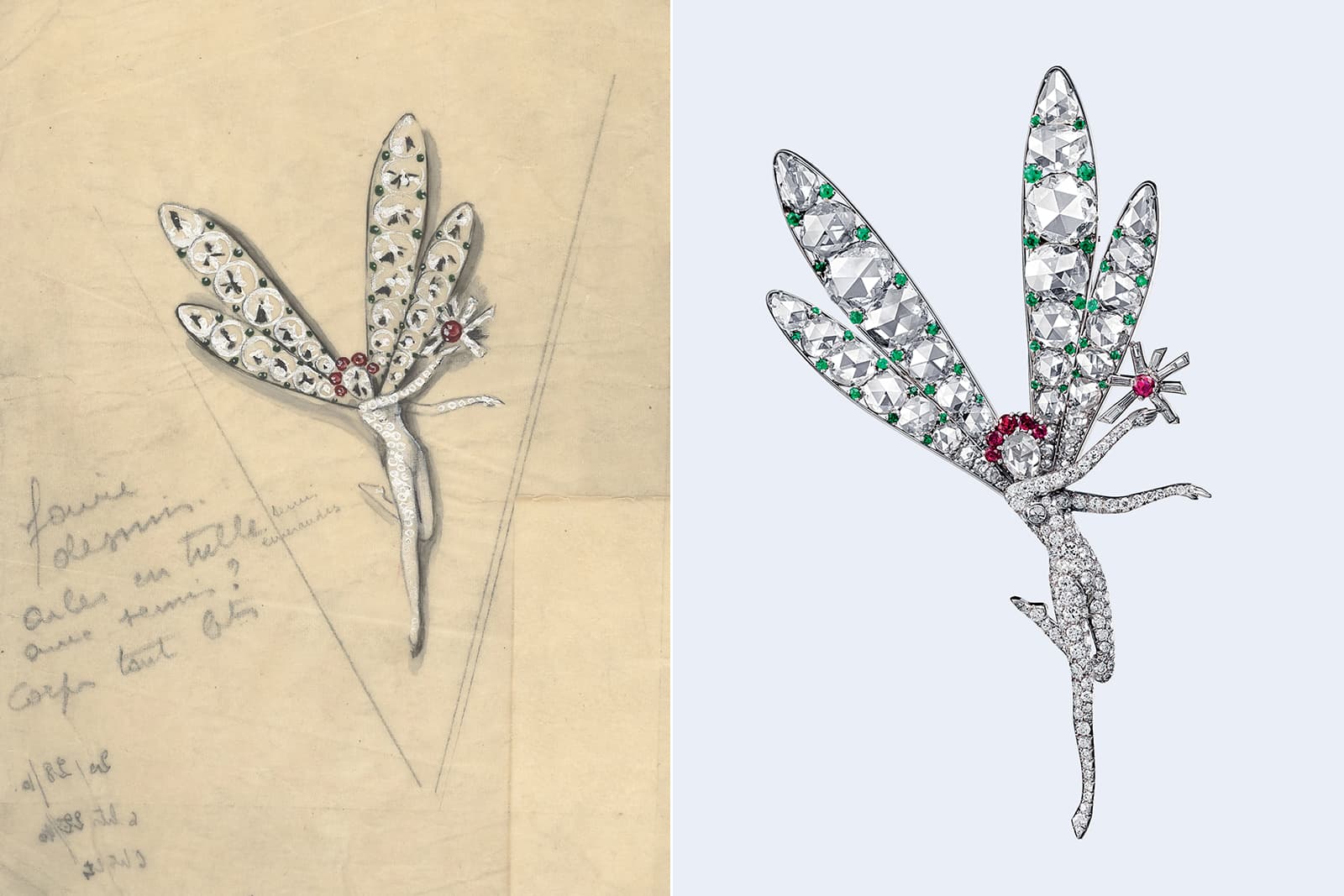 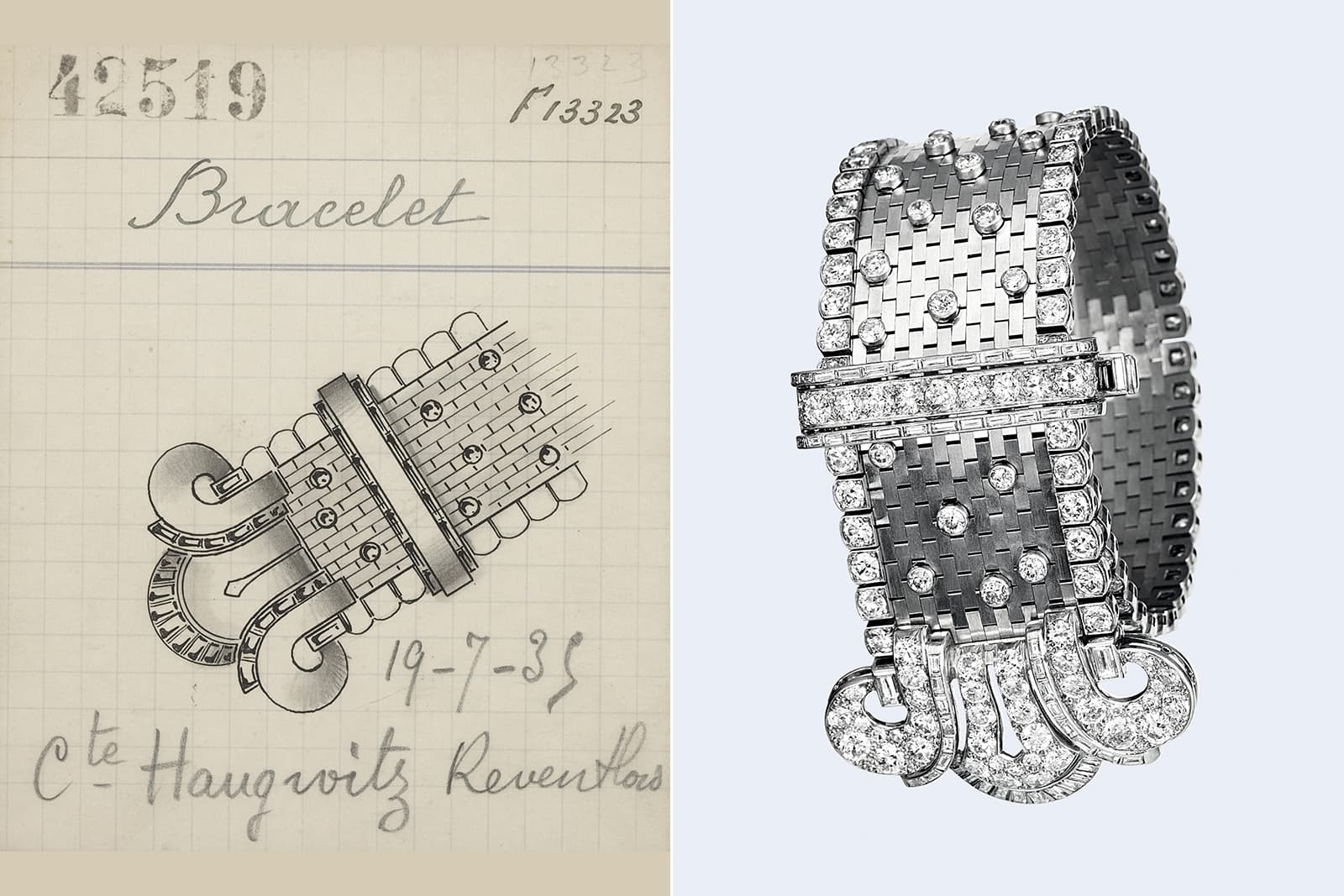 In 1937, Betty Wallace Simpson became the wife of the Duke of Windsor (formerly King Edward VIII, before his abdication in December 1936). The Duke had forsaken his birthright and the crown in order to marry the woman he loved. A fashionable pair with a passion for jewels of truly stunning splendour, the Duke could spend hours with Van Cleef & Arpels' designers, who would create sketches of unique pieces for his Duchess. It was one such discussion that led to the creation of the ruby and diamond Cravate necklace (1936); the Jarretière bracelet (1936), adorned with sapphires and diamonds; the Double brooch (1935); and the Deux Plumes clip (1936) with diamonds and rubies set within an invisible frame. In addition, the Duchess of Windsor inspired Renée Puissant, the creative director of Van Cleef & Arpels, to create a truly iconic piece of design for the Maison: a transformable necklace in the style of a zip. The piece could be worn either unzipped, as a necklace, or zipped up, in the style of a bracelet. Since then, the design has been reimagined many times. 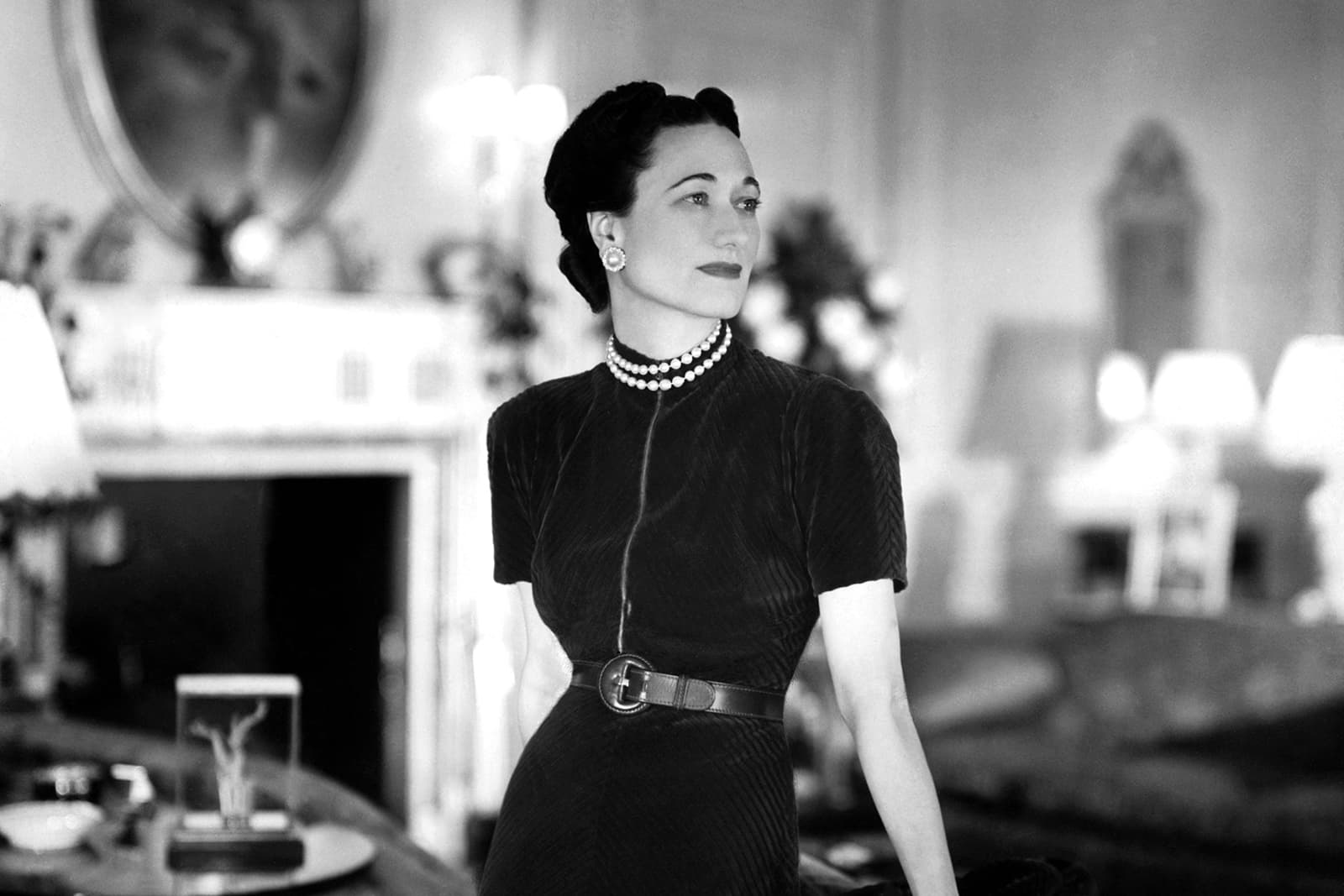 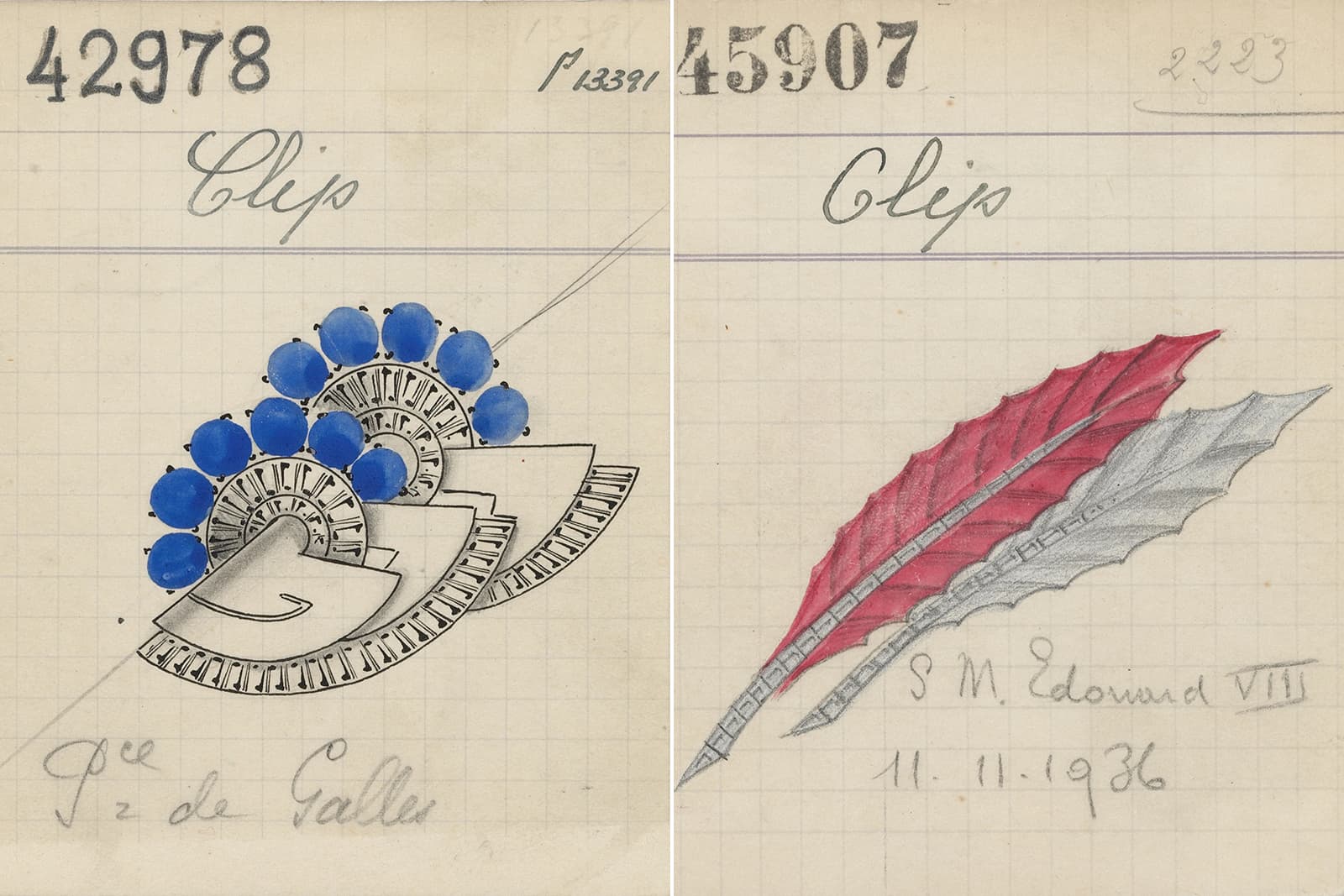 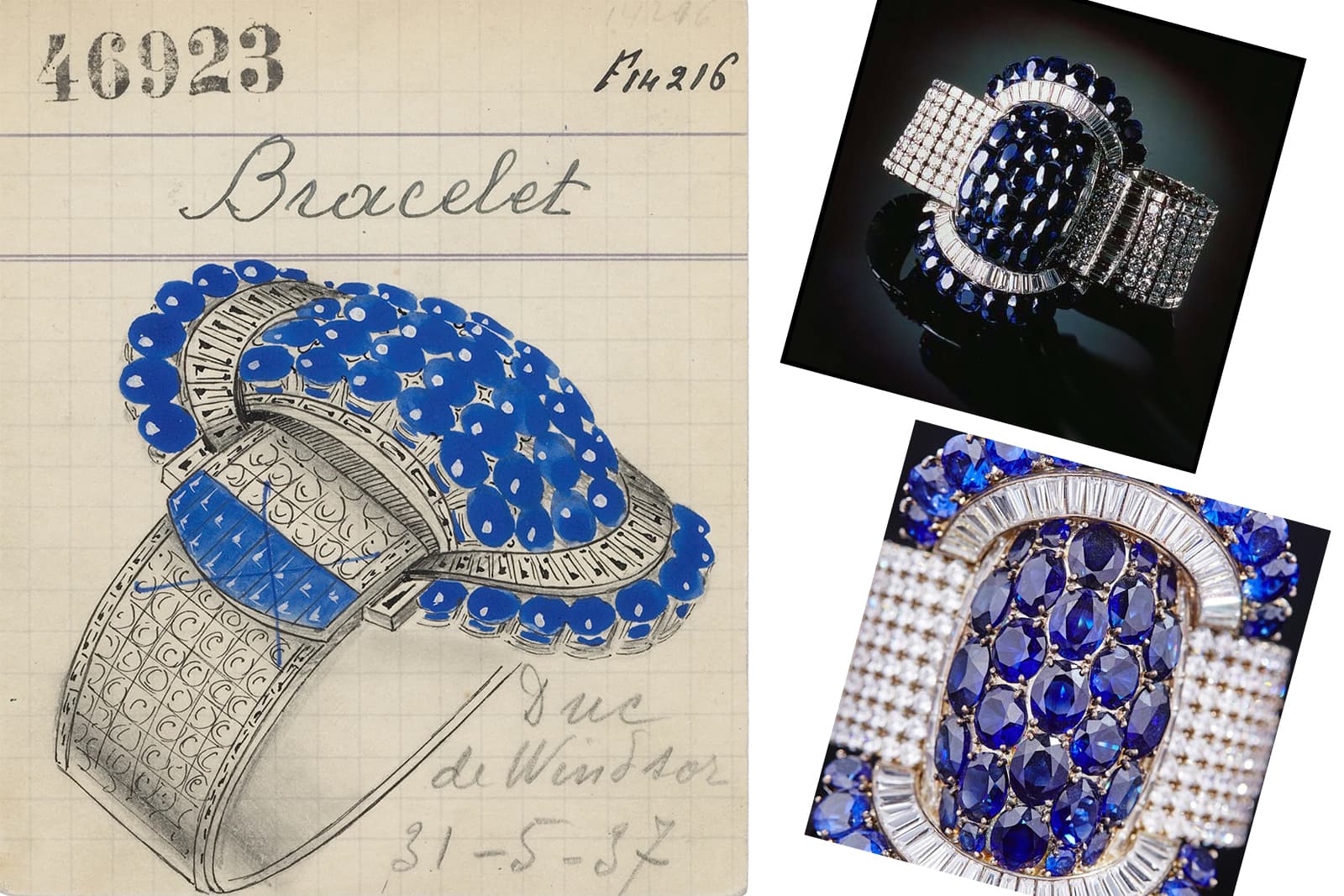 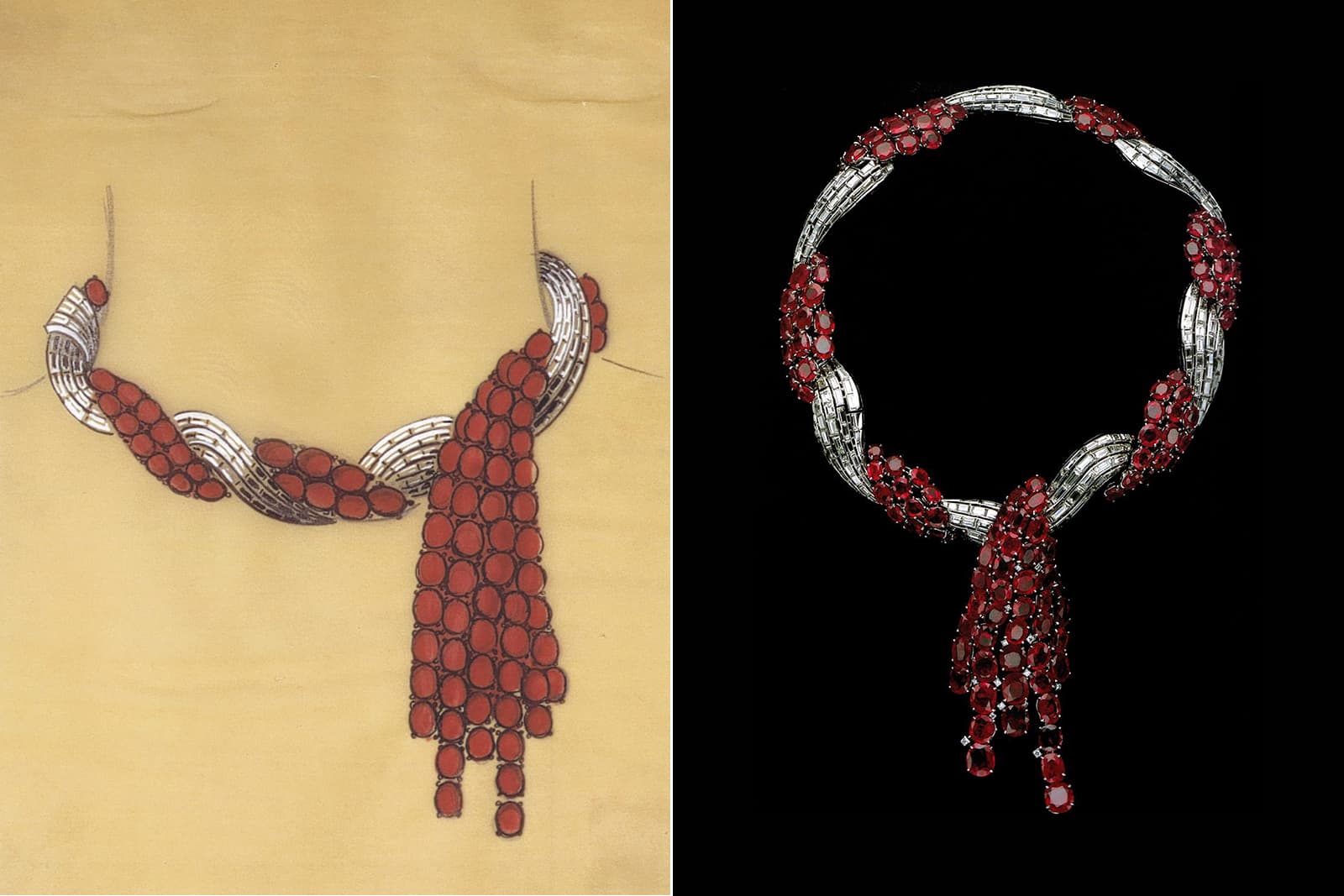 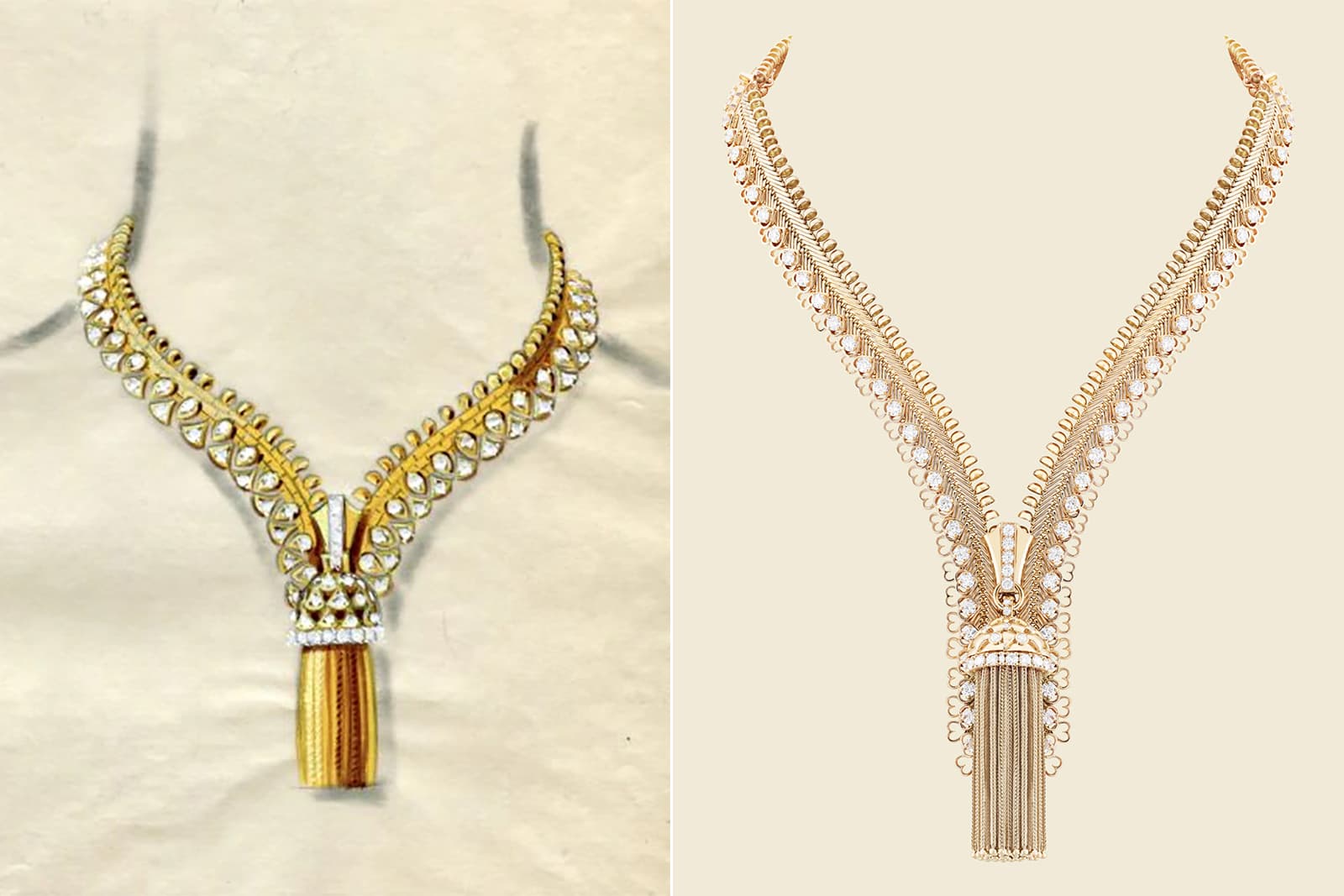 Oscar-winner Grace Patricia Kelly, who is ranked among the highest-paid actresses of all time, married Rainier III, Prince of Monaco in 1956. On the day of the wedding, Her Serene Highness the Princess of Monaco received as a gift from her husband a white pearl and diamond necklace from Van Cleef & Arpels. A few months later, the Maison was honoured with the title of “Official Provider for the Principality of Monaco”. Kelly had established herself as a great lover of the House even before her marriage to the Prince and was a long-standing client of the Van Cleef & Arpels boutique in Monaco, where she acquired several Alhambra sautoirs, brooches from the collection La Boutique and a platinum tiara decorated with marquise, brilliant and pear-cut diamonds with a total weight of almost 80 carats. This established a warm relationship between the Princess and Van Cleef & Arpels that continues to this day with her son, His Lordship Albert II, the Prince of Monaco, who presented Her Ladyship, Princess Charlene, with a necklace-tiara entitled “Ocean” as a wedding gift in 2011. 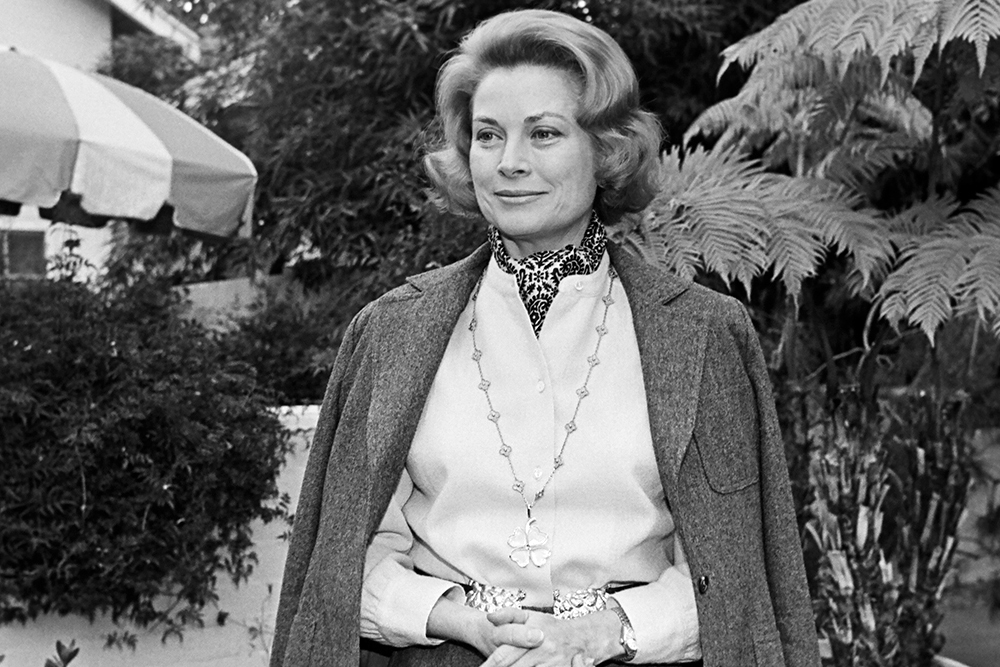 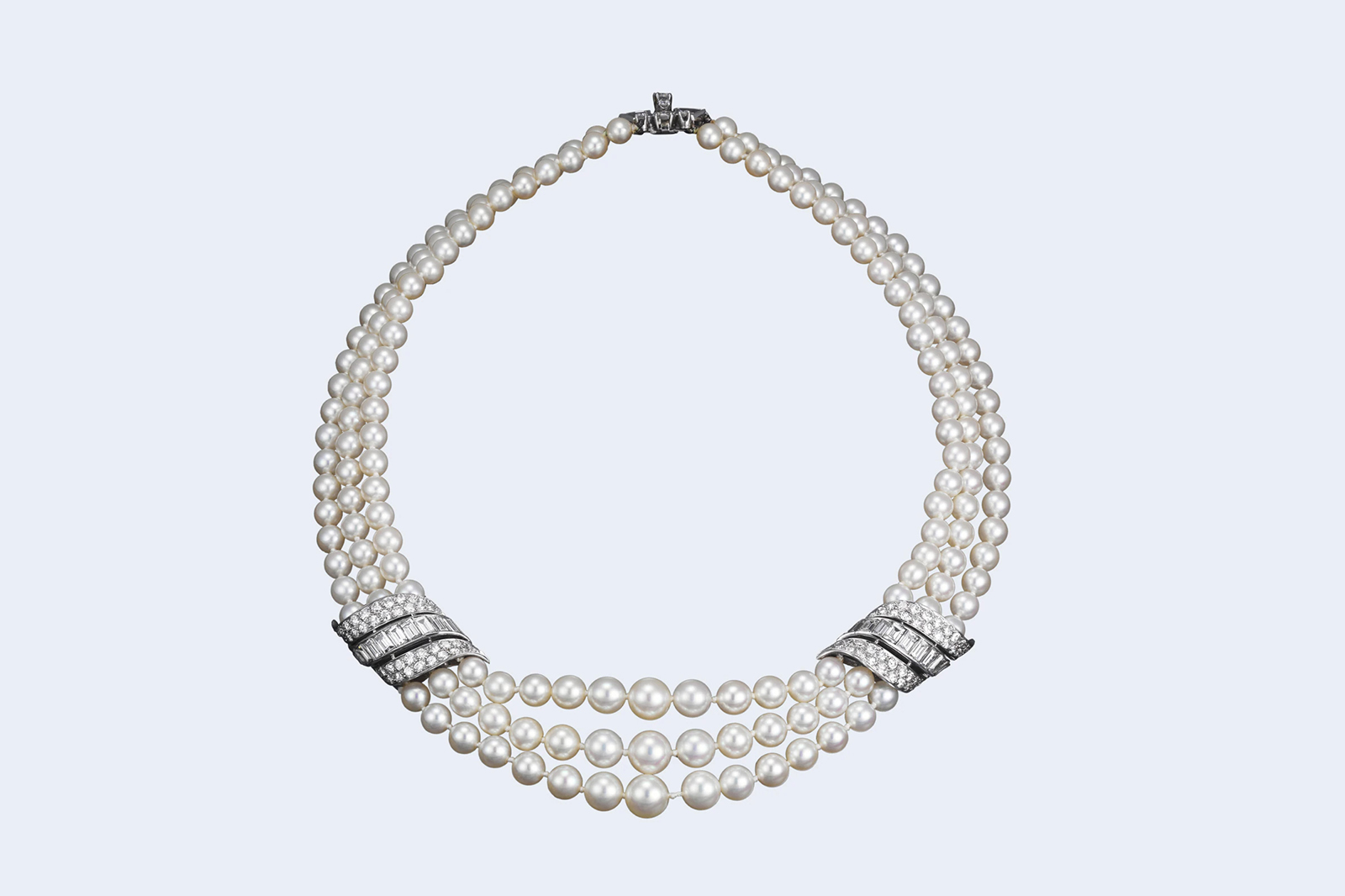 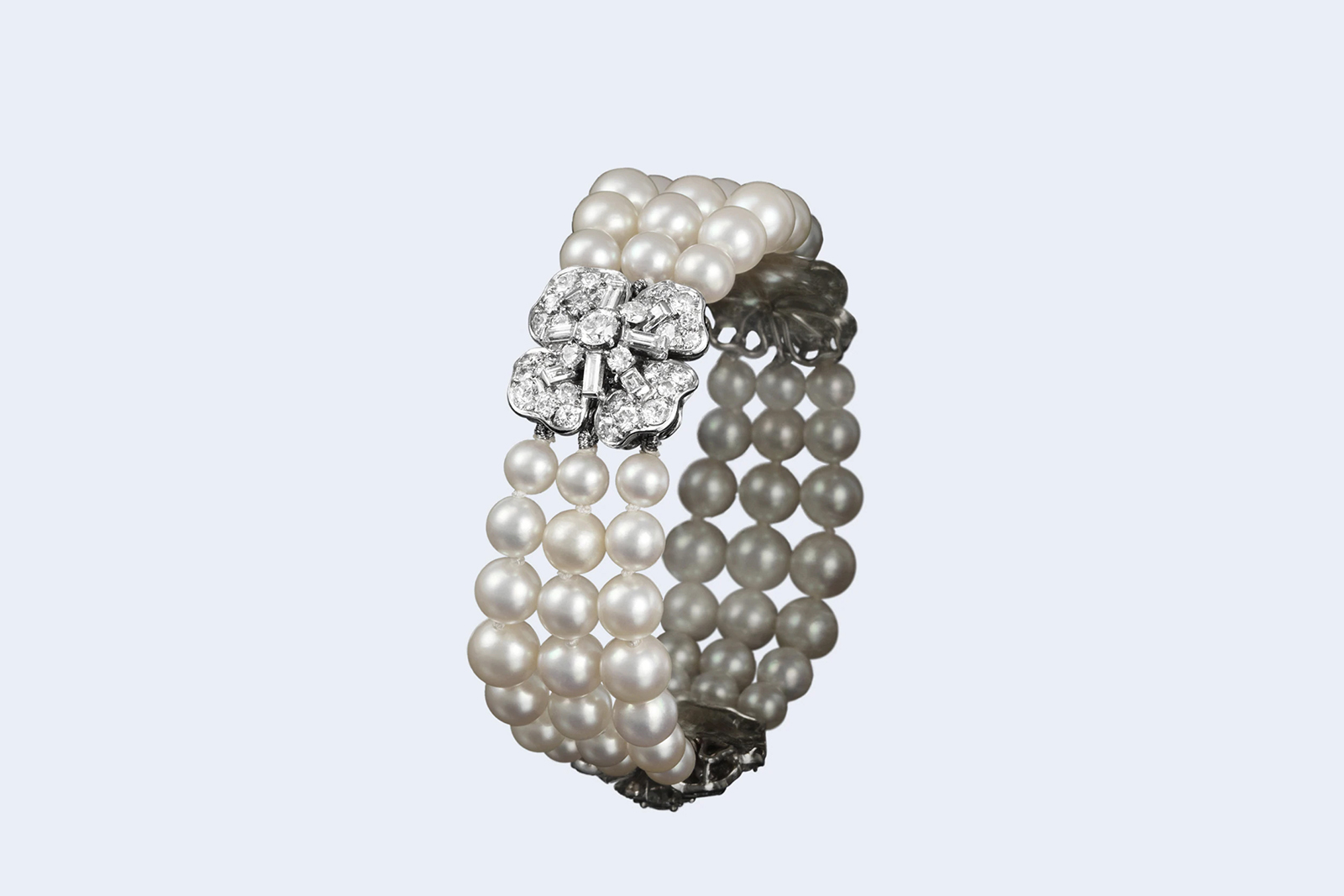 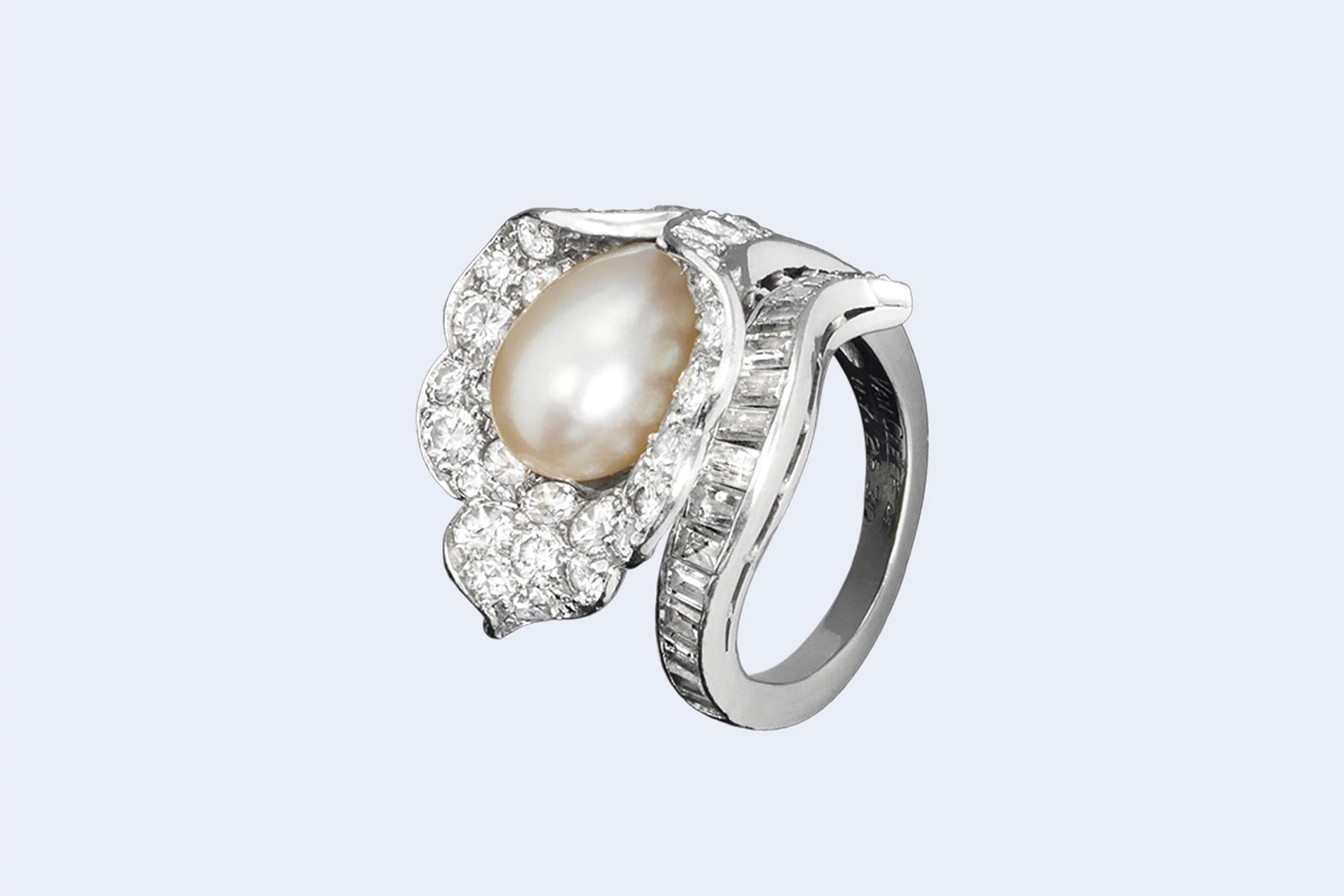 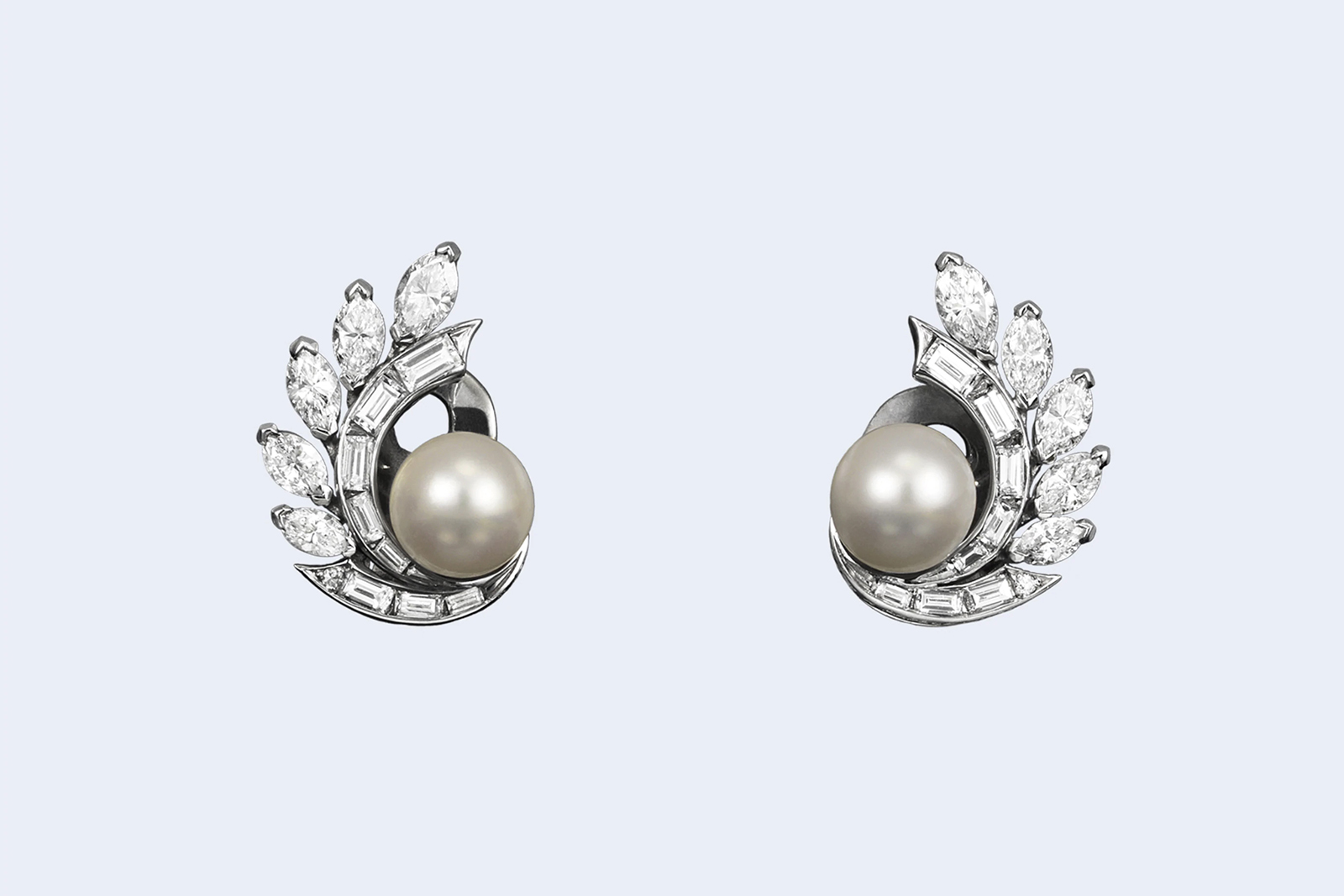 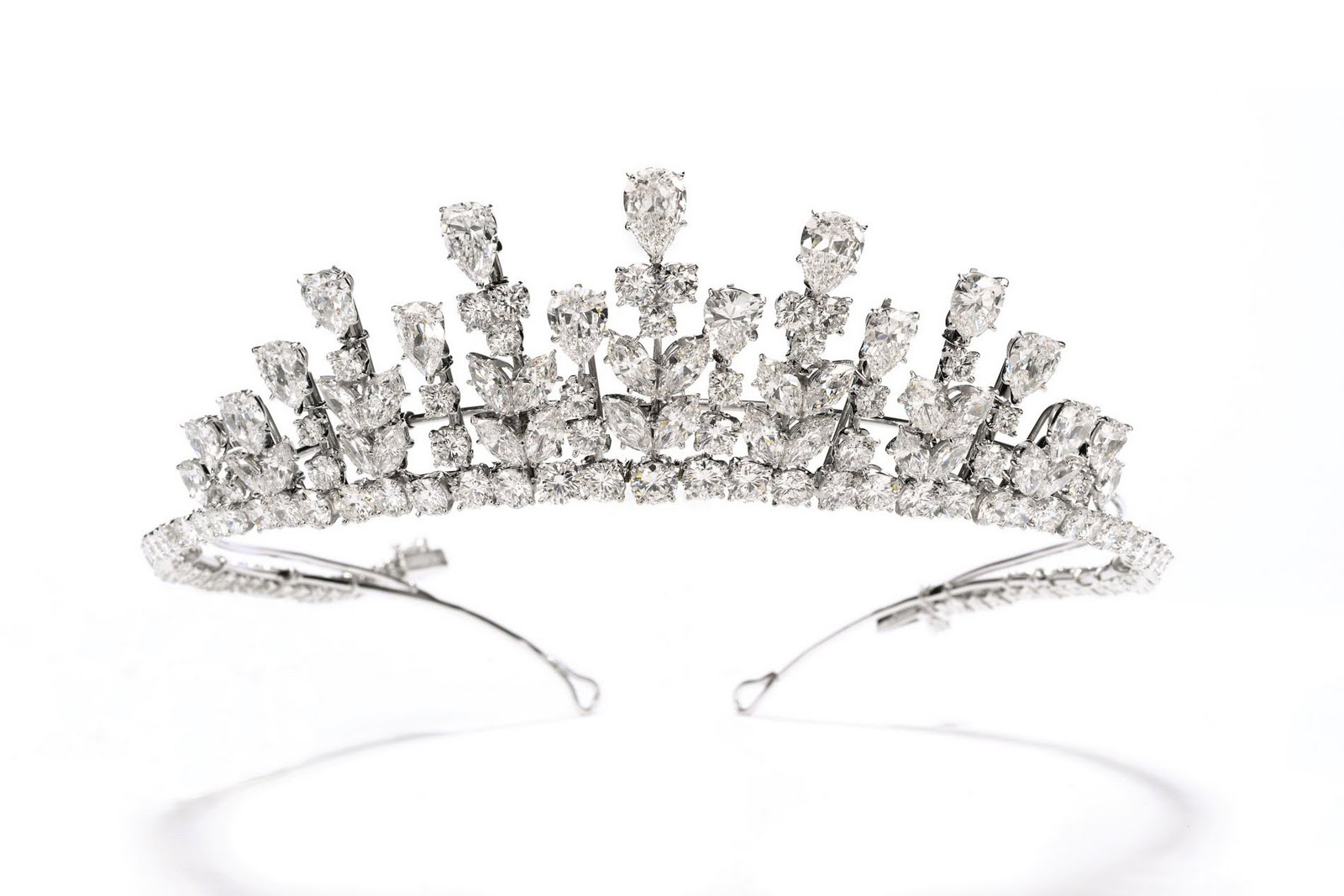 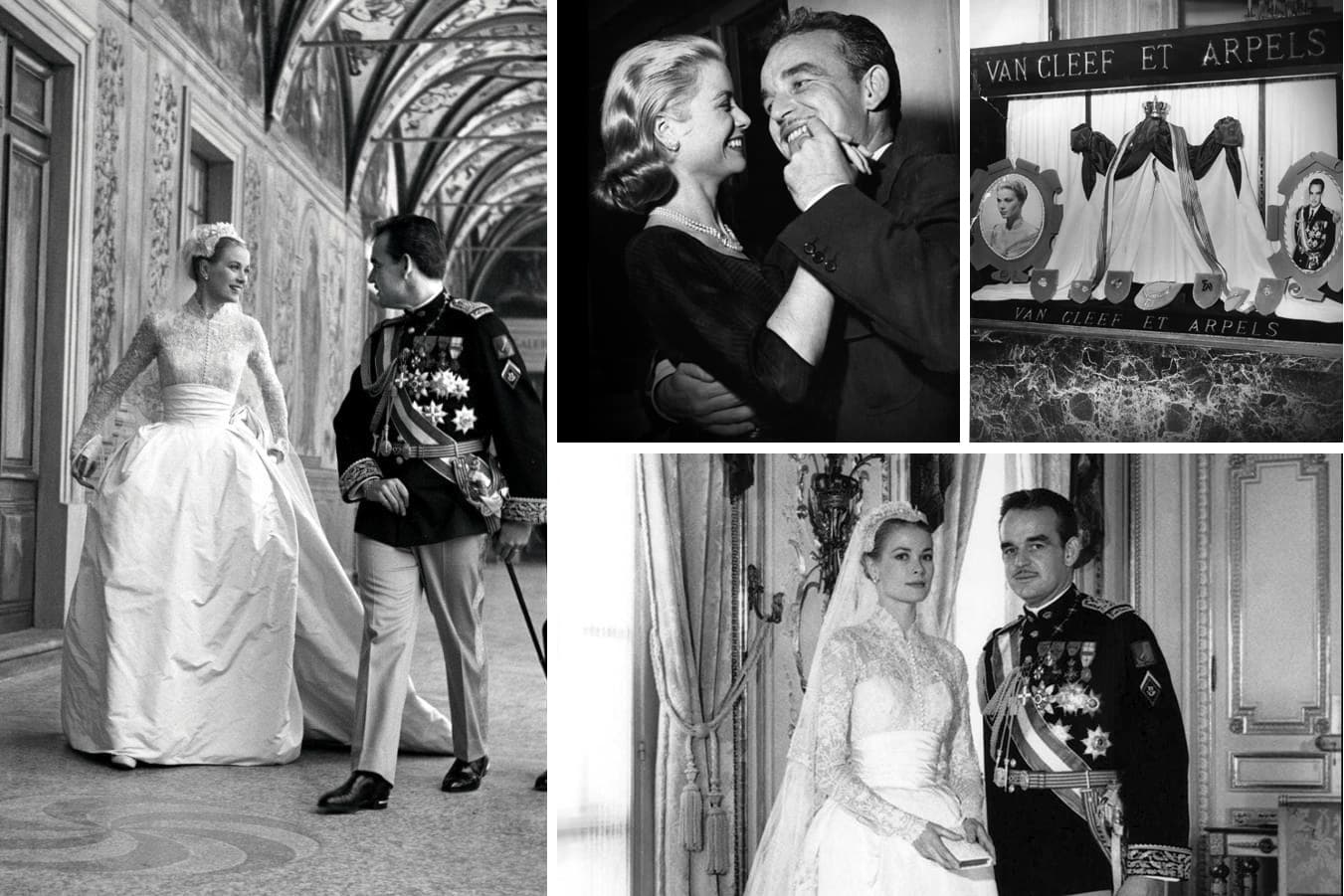 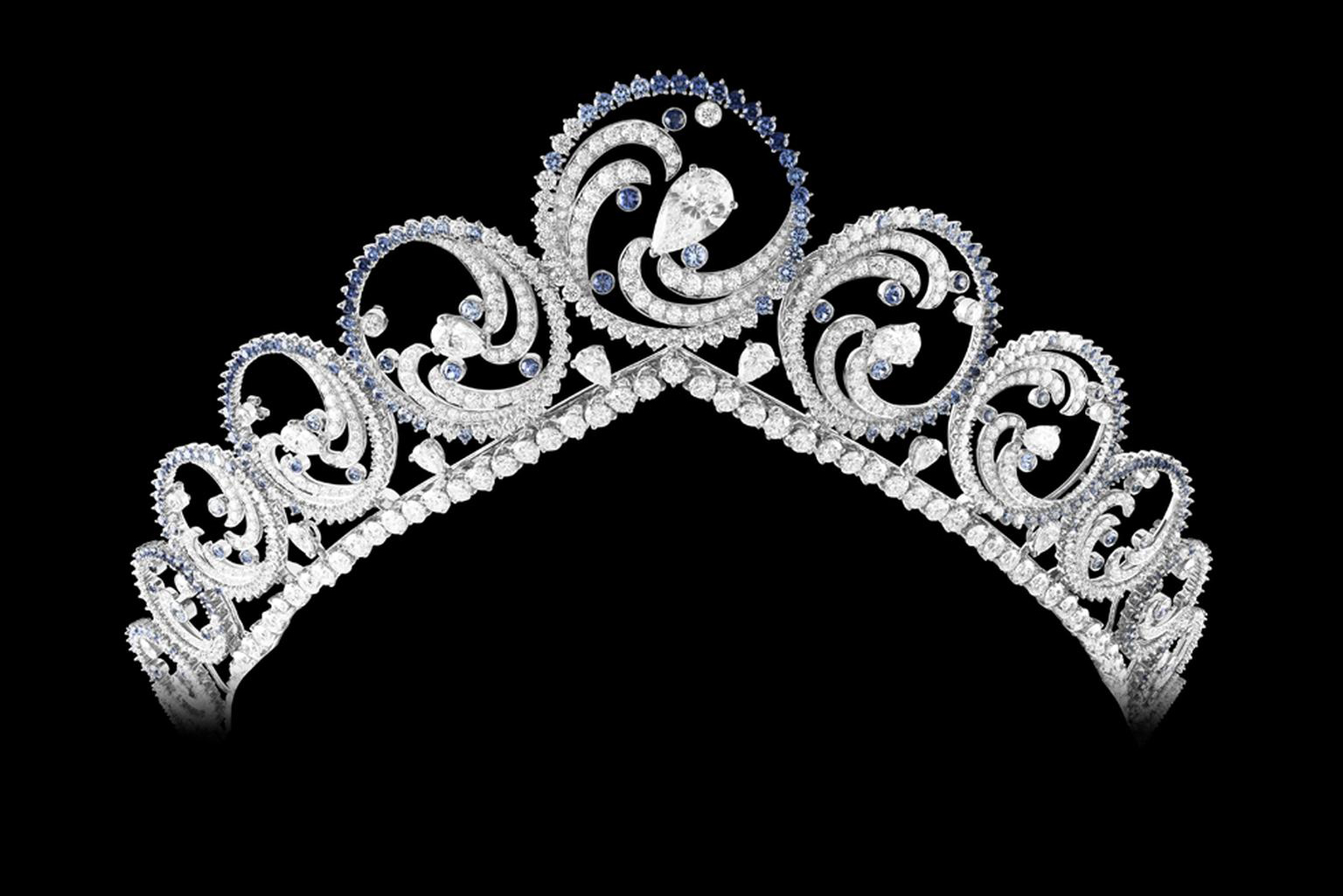 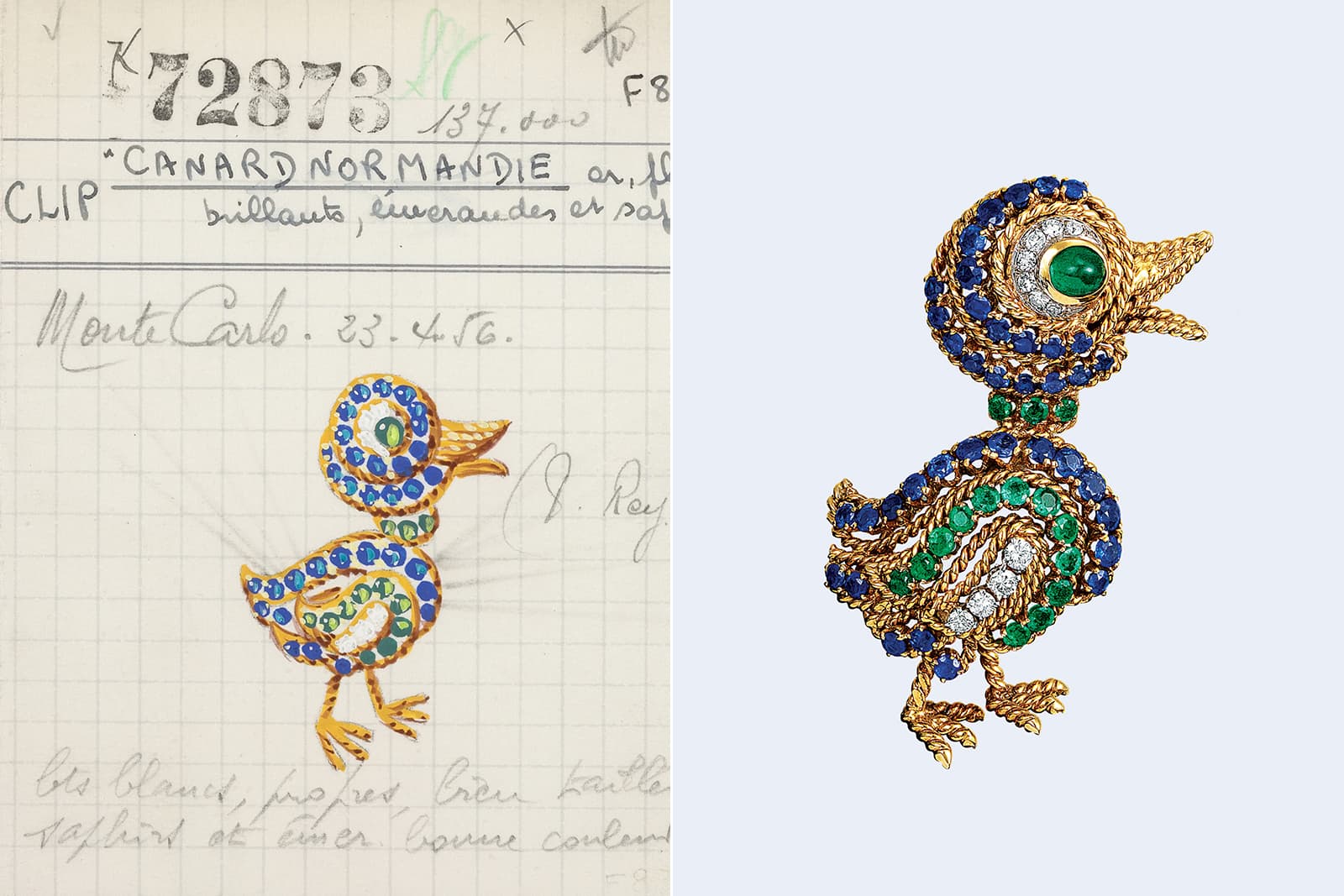 Maria Callas, one of the great opera singers of the 20th century, was aptly named La Divina or “The Divine” by her fans. With a passion for not just music but jewellery too, she knew both subjects very well. Callas was an honorary client of leading jewellery houses, a few of whom gave her millions of dollars’ worth of jewellery to borrow. In return, she gave the pieces, and the jewellery houses from which they originated, great publicity in Europe and America. According to some sources, one borrowed masterpiece was a diamond necklace-collar from Van Cleef & Arpels, set with a raised pear-cut stone. Callas was a regular visitor to the House’s boutique at 22 Place Vendôme in Paris and would often buy pieces. Photographs of her with a gold wicker bag from Van Cleef have survived; the bag, entitled Minaudier, is adorned with diamonds. There is also evidence that she owned a brooch, named Cinq Feuilles, which takes the form of a five-pointed leaf and was made to order in 1967. Decorated with diamonds and six Burmese rubies with a total weight of 15.77 carats, we also see her wearing Van Cleef & Arpels earrings decorated with diamonds and pearls. This is far from a complete list of the jewellery she wore from the Maison. 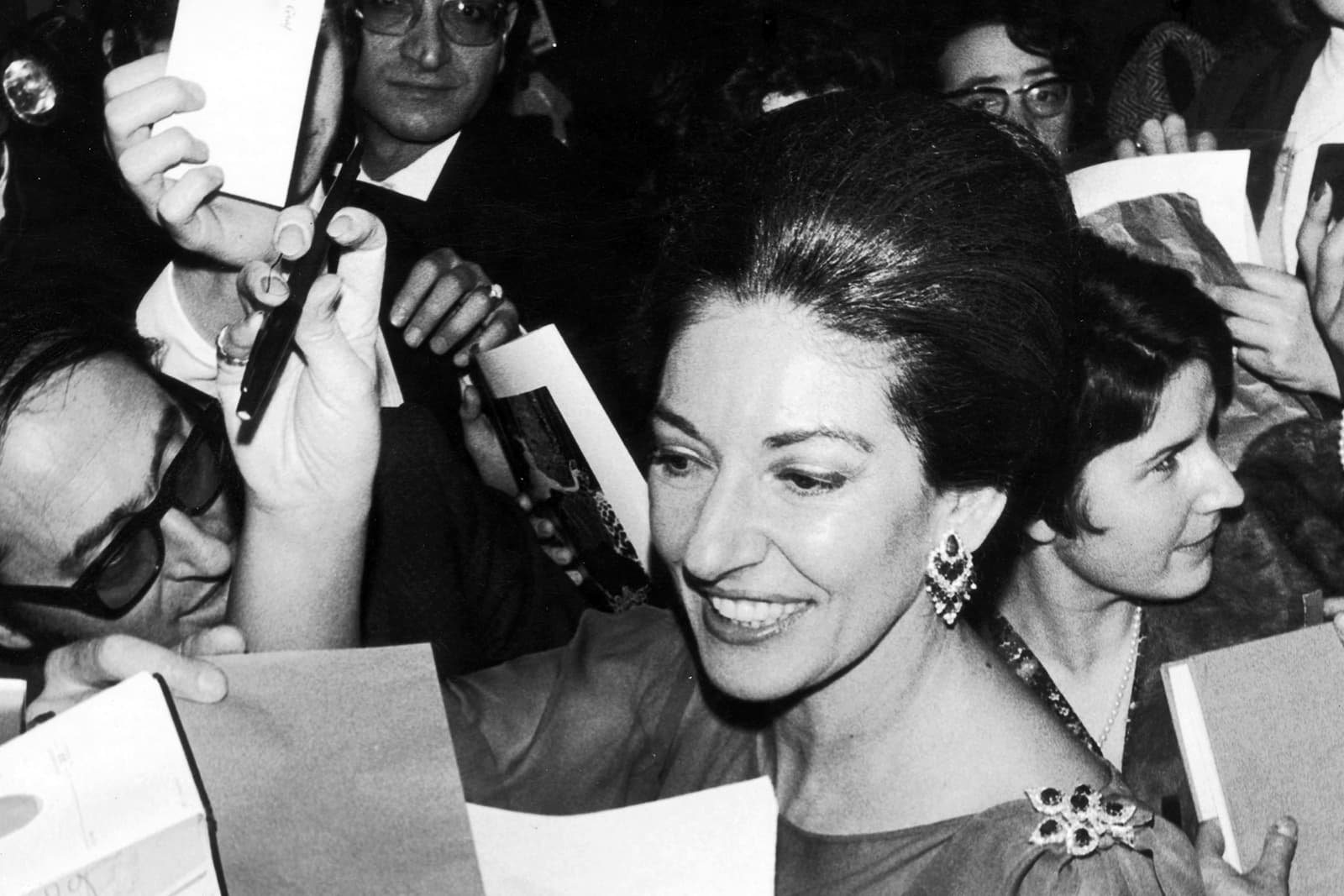 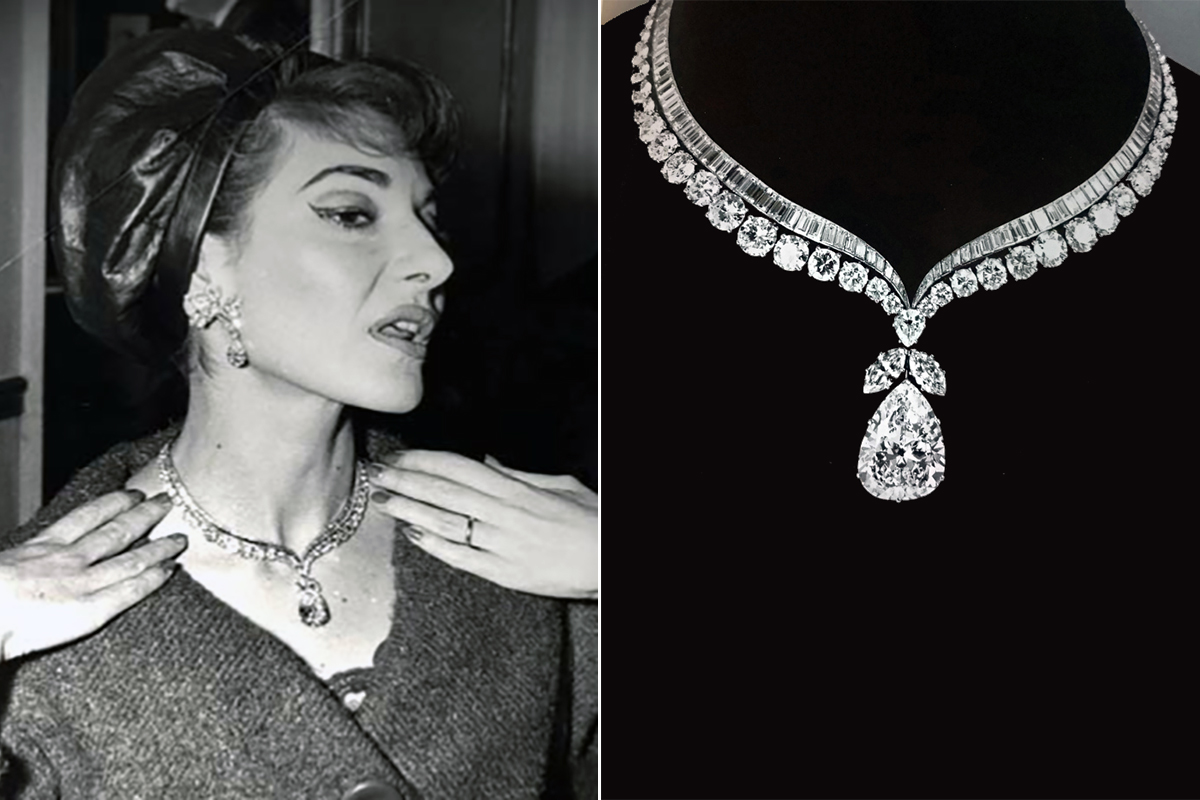 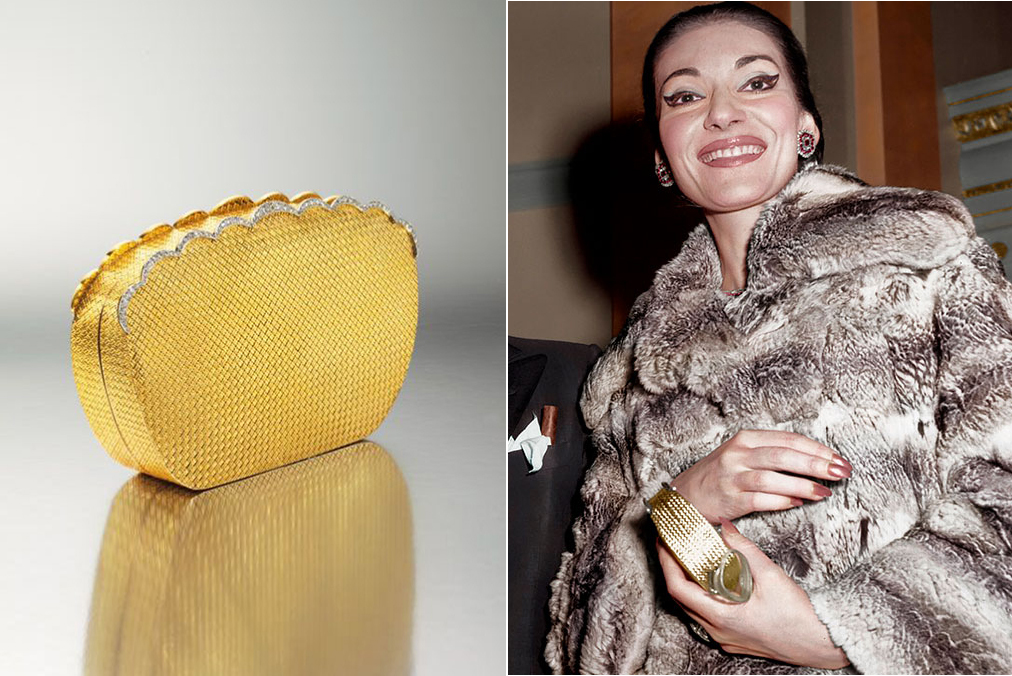 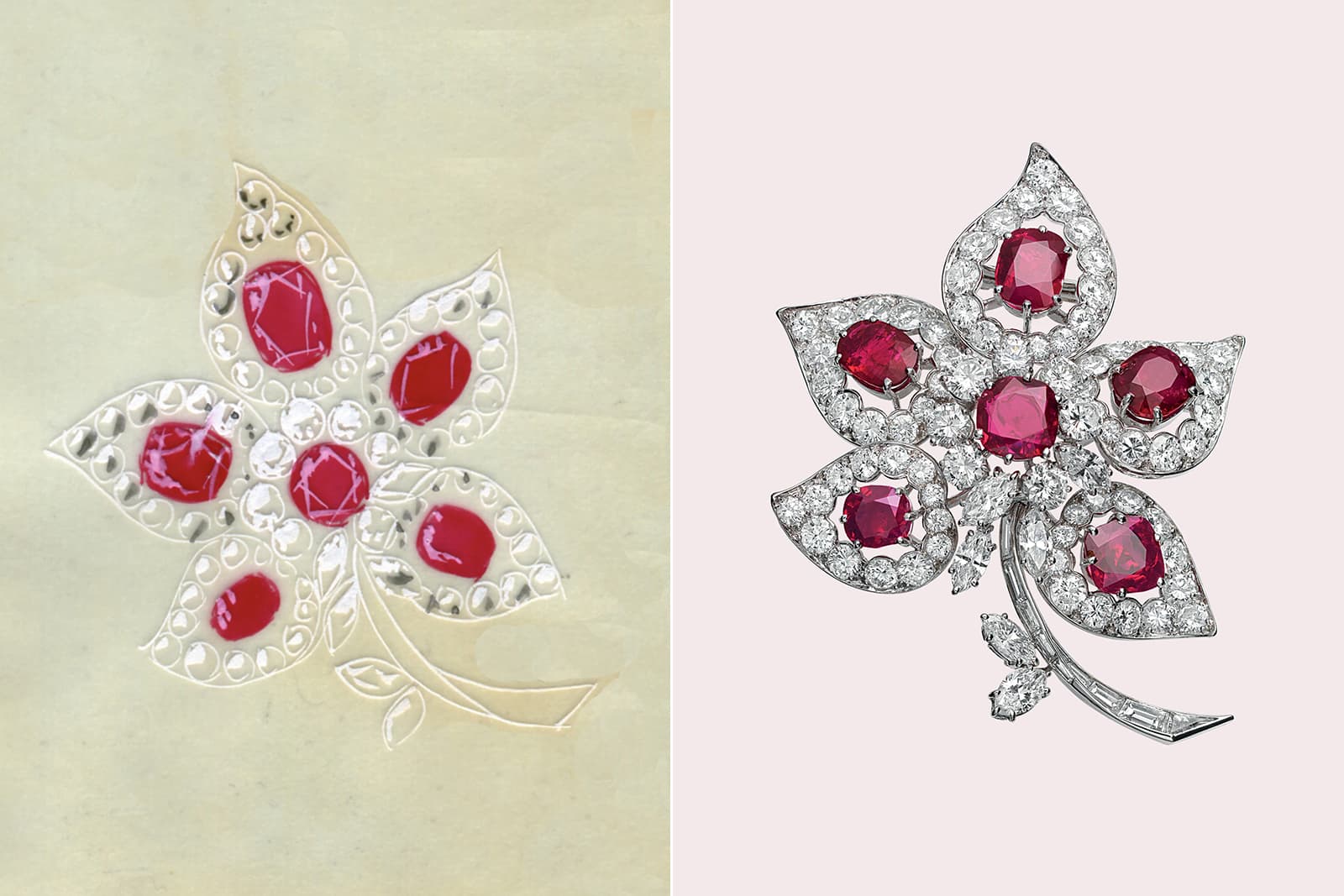 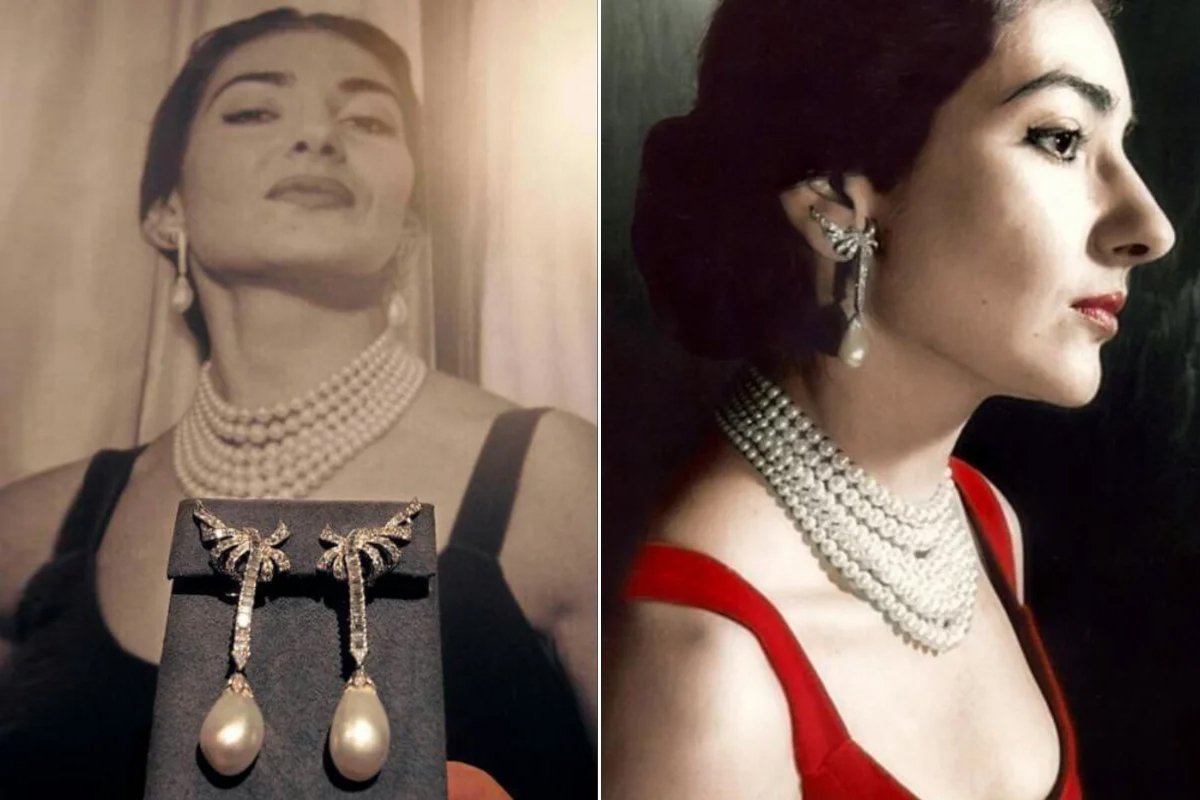 One last extraordinary woman who was a great inspiration for Van Cleef & Arpels was Florence Gould, the spouse of the American railway magnate Frank Jay Gould. Nowadays, she would be called a socialite, but at the start of the 20th century, she was the hostess of a popular literary salon. On one occasion, Charles Arpels, the nephew of Estell Arpels, one of the co-founders of the House, had seen how Gould combined cosmetics and accessories in a metal cigar case and this inspired him to create an original compact accessory, within which women could hold all of their necessities. A miniature bag, adorned with gemstones, enamel or embroidery, it was dubbed the “Minaudier”. The most famous of Florence’s Van Cleef & Arpels jewels were the sapphire Blue Princess necklace (1956) and the Martini Cocktail bracelet (1937). 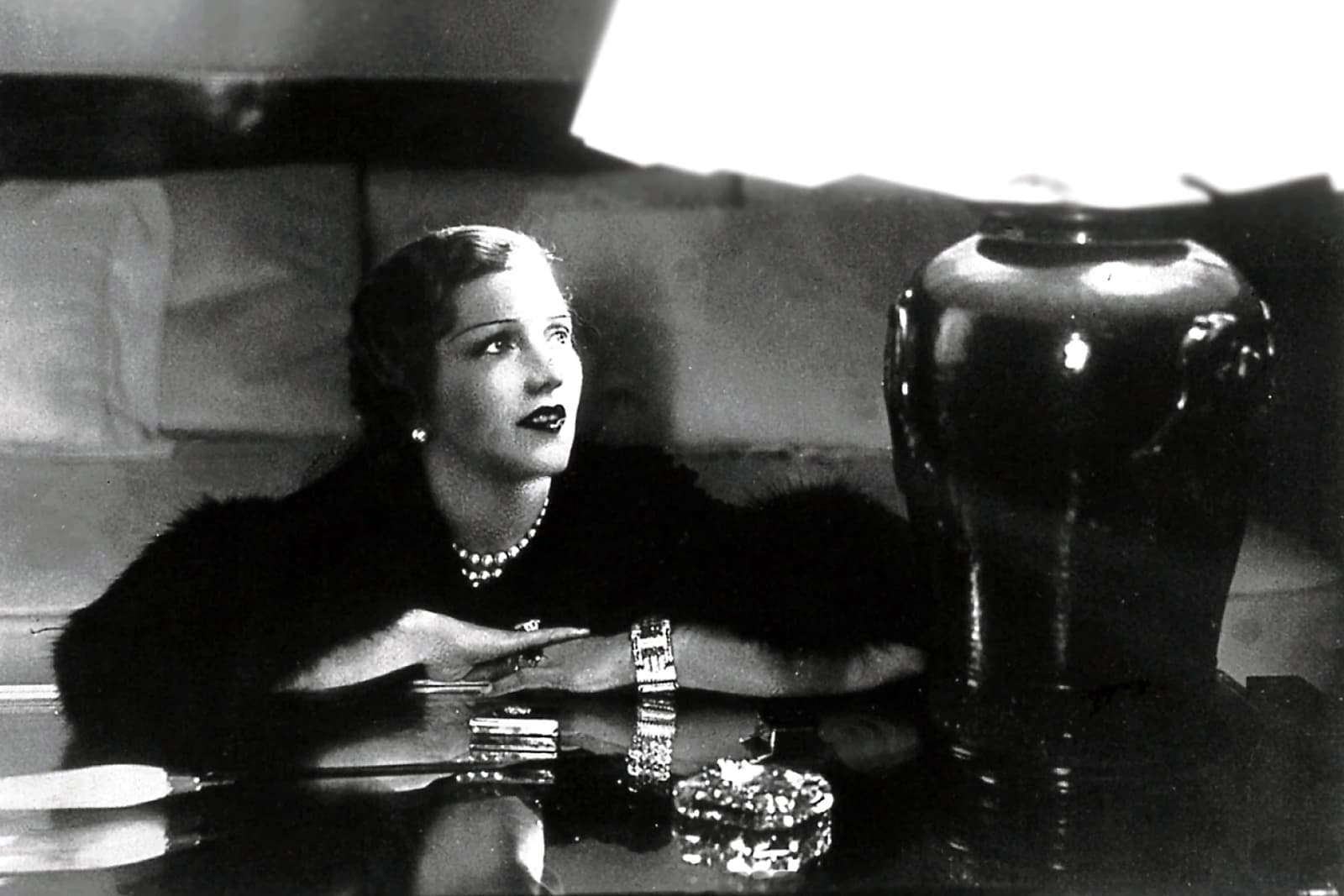 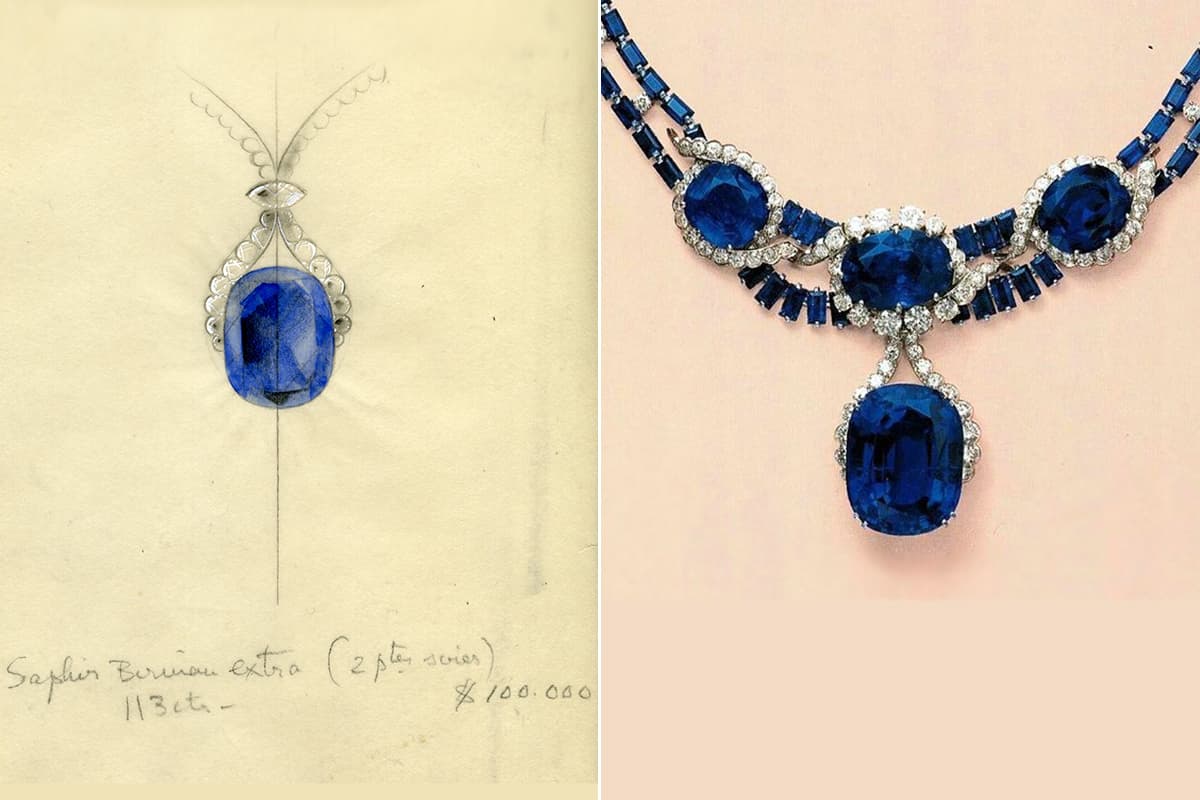 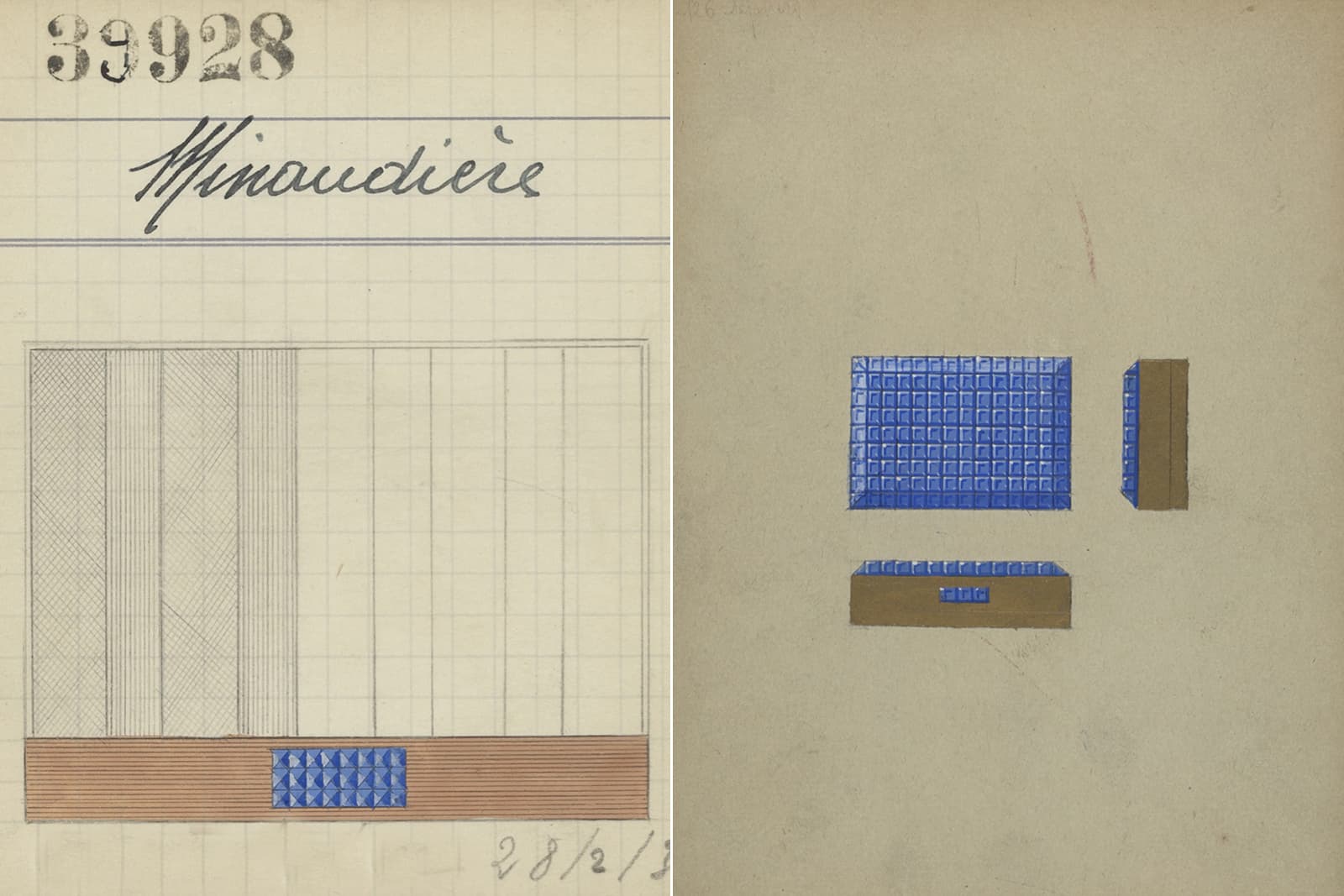 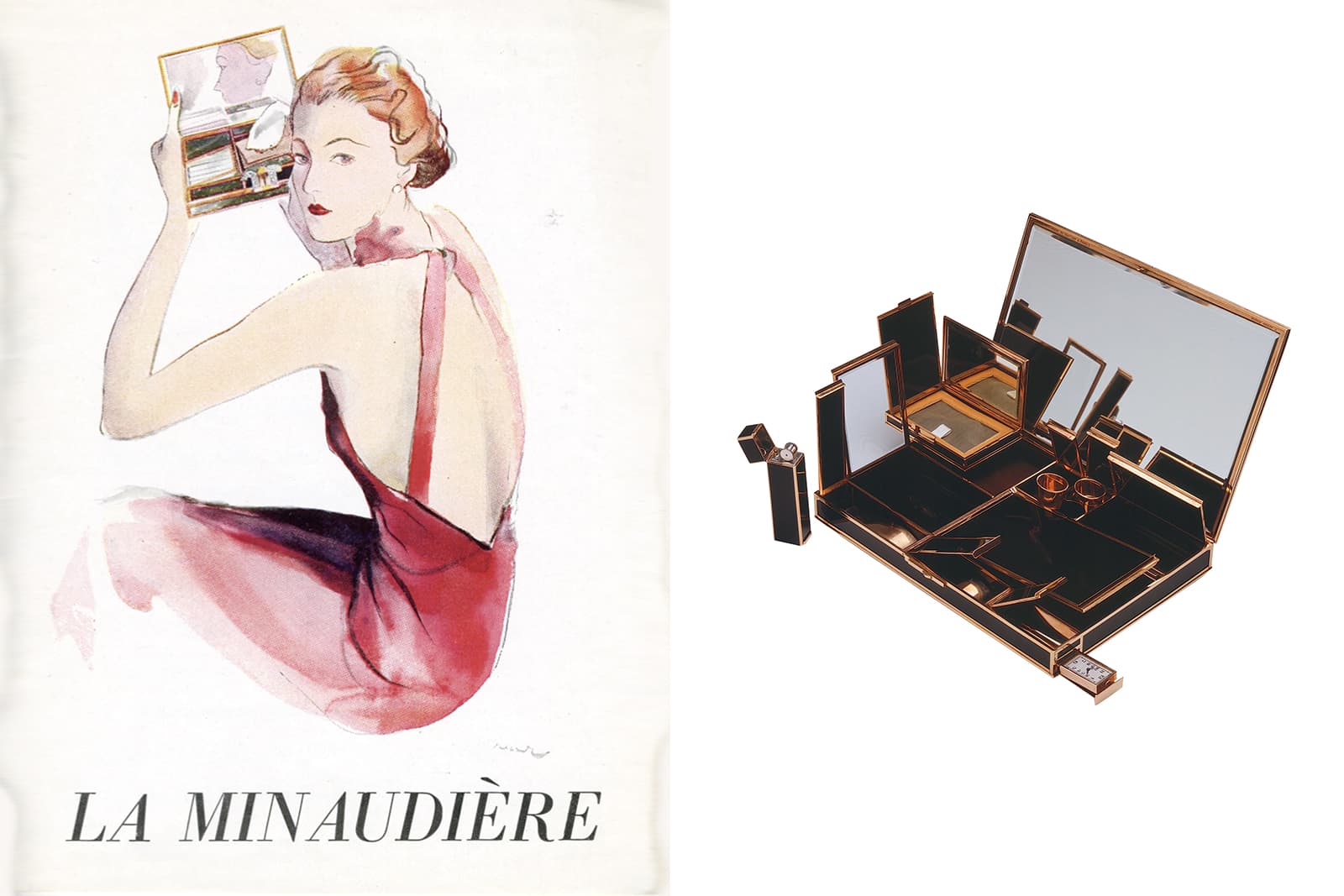 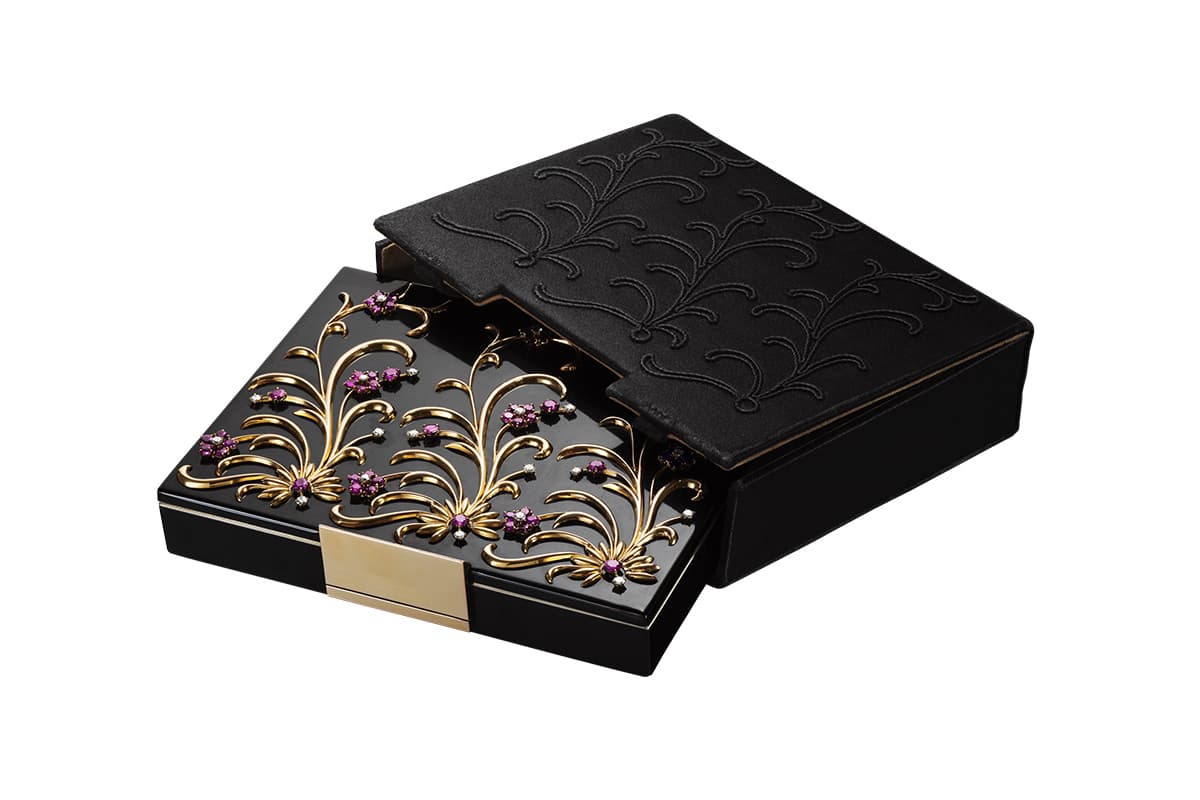 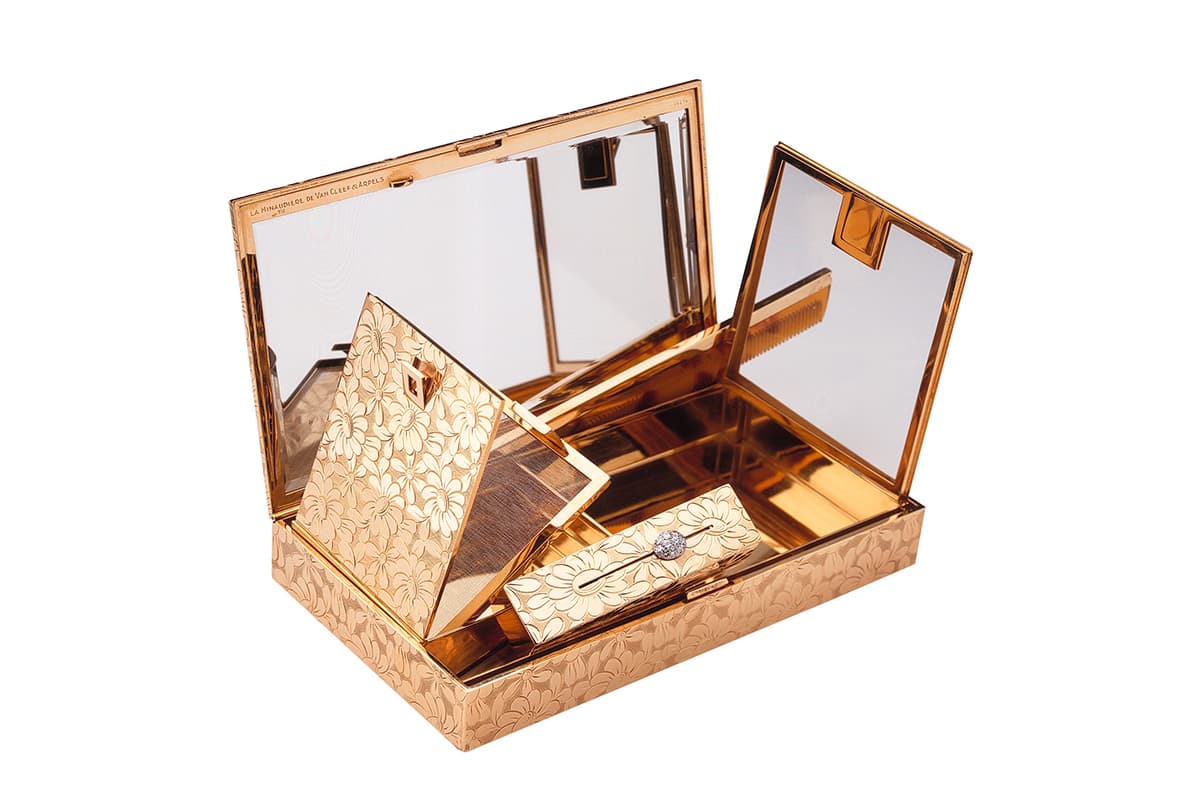 Great women and great jewellery seem to go hand in hand and, when they meet, they quickly become inseparable. The jewellery house Van Cleef & Arpels and its clients are one of the greatest examples of this wonderful phenomenon.