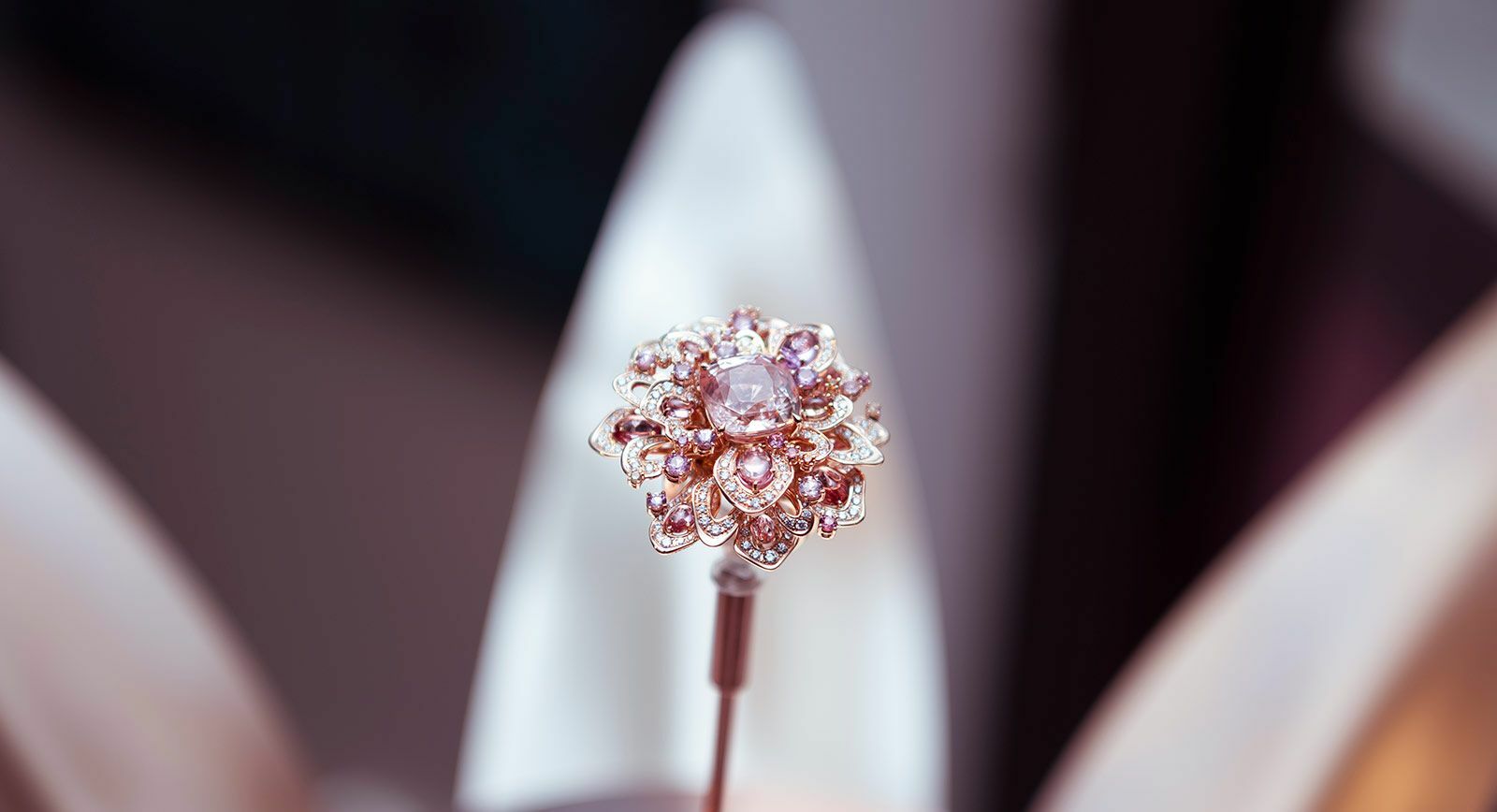 Gübelin: The new Aurora collection is an ode to magnificent padparadscha sapphires

According to an already established tradition, Gübelin Jewellery has introduced a new collection inspired by a single gemstone. This year, the launch took place on 24 October at a private dinner in Zurich and I feel that it marked a milestone in the company’s history. Why? Because the Executive Vice President of Jewellery Thomas Prantl took a very bold step and together with the team created a whole world of jewellery using the rare collector stone padparadscha sapphire in just a year and a half.

The collection was named Aurora in dedication to the incredible beauty of a heavenly place: Sri Lanka. In the mornings, the island is bathed in sunlight, astonishingly beautiful to all those who visit it, among whom was once Raphael Gübelin with his wife Wilvy Sy Gübelin and Helen Molesworth, Managing Director of the Gübelin Academy. The President of the House of Gübelin was so imbued with the atmosphere surrounding him and the bright palette of colours that he decided to celebrate them in a new collection named after Aurora, the goddess of the morning dawn in Roman mythology. 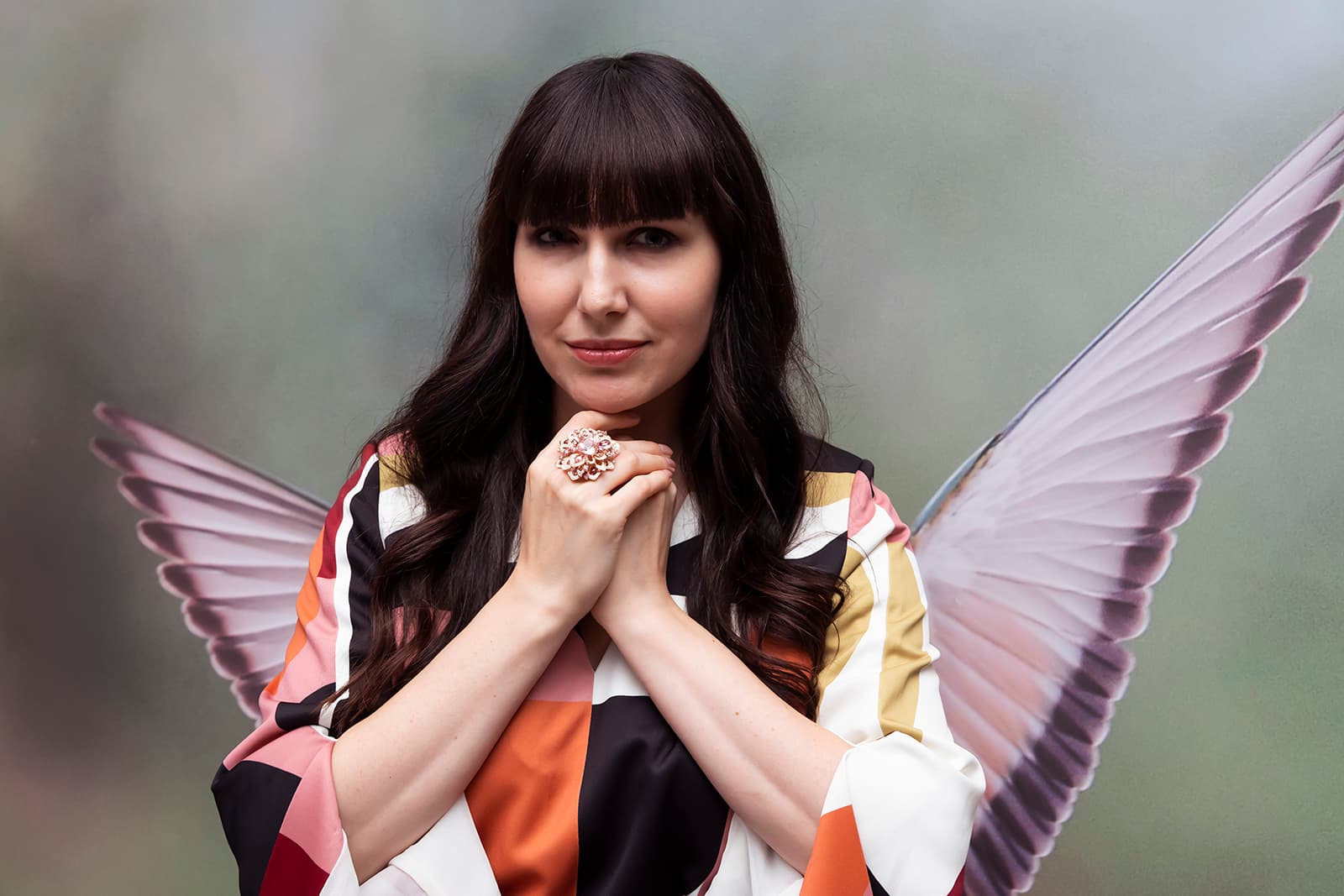 “When we visited Sri Lanka, we saw so many amazing gemstones there. In terms of sapphires, padparadscha instantly stood out for me because it exhibits two colours at the same time: orange and pink. Its pastel hue is so soothing, it is rare, and it has its own beautiful name - padparadscha! How can you not love this gemstone?” Raphael Gübelin tells me at the collection’s launch. 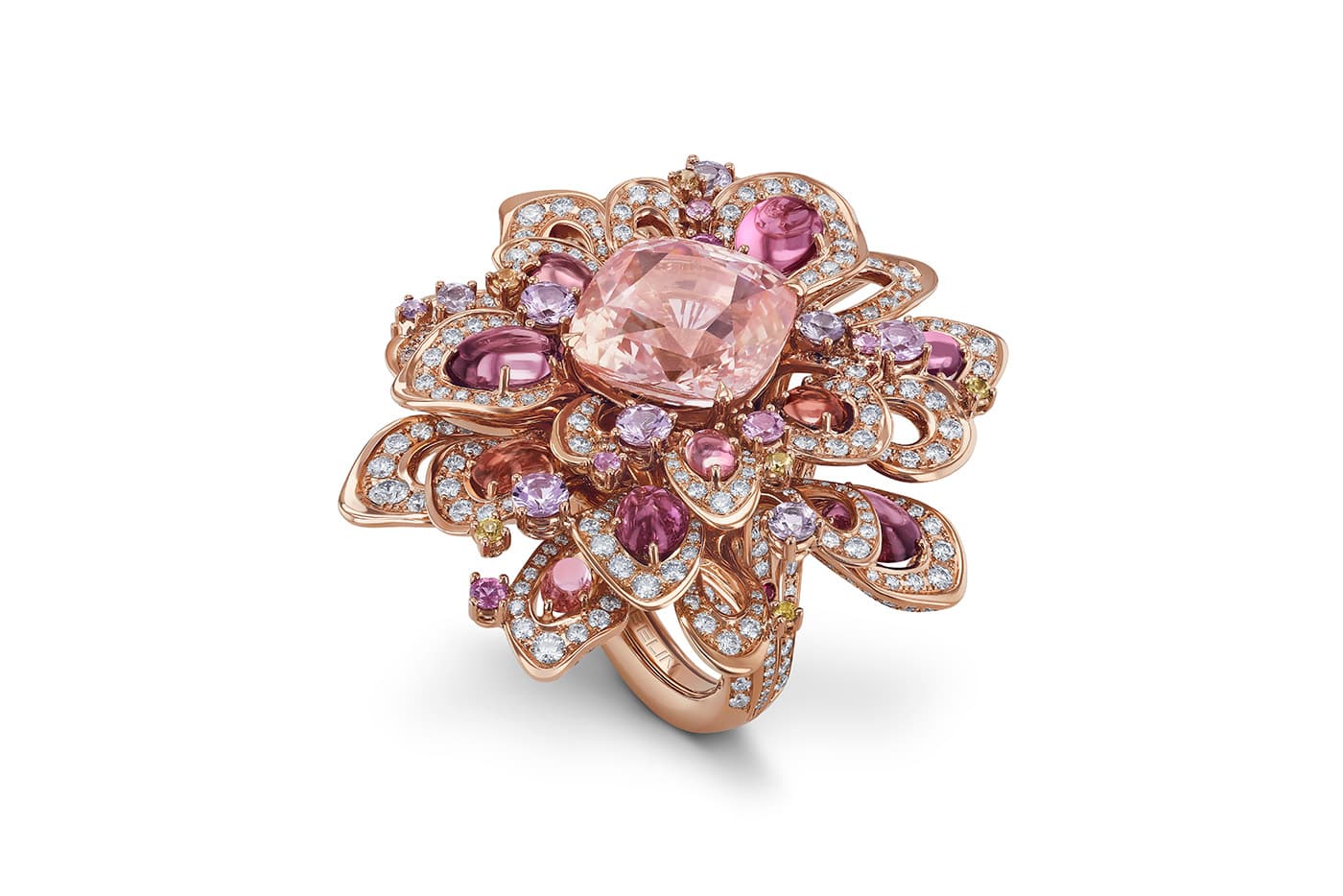 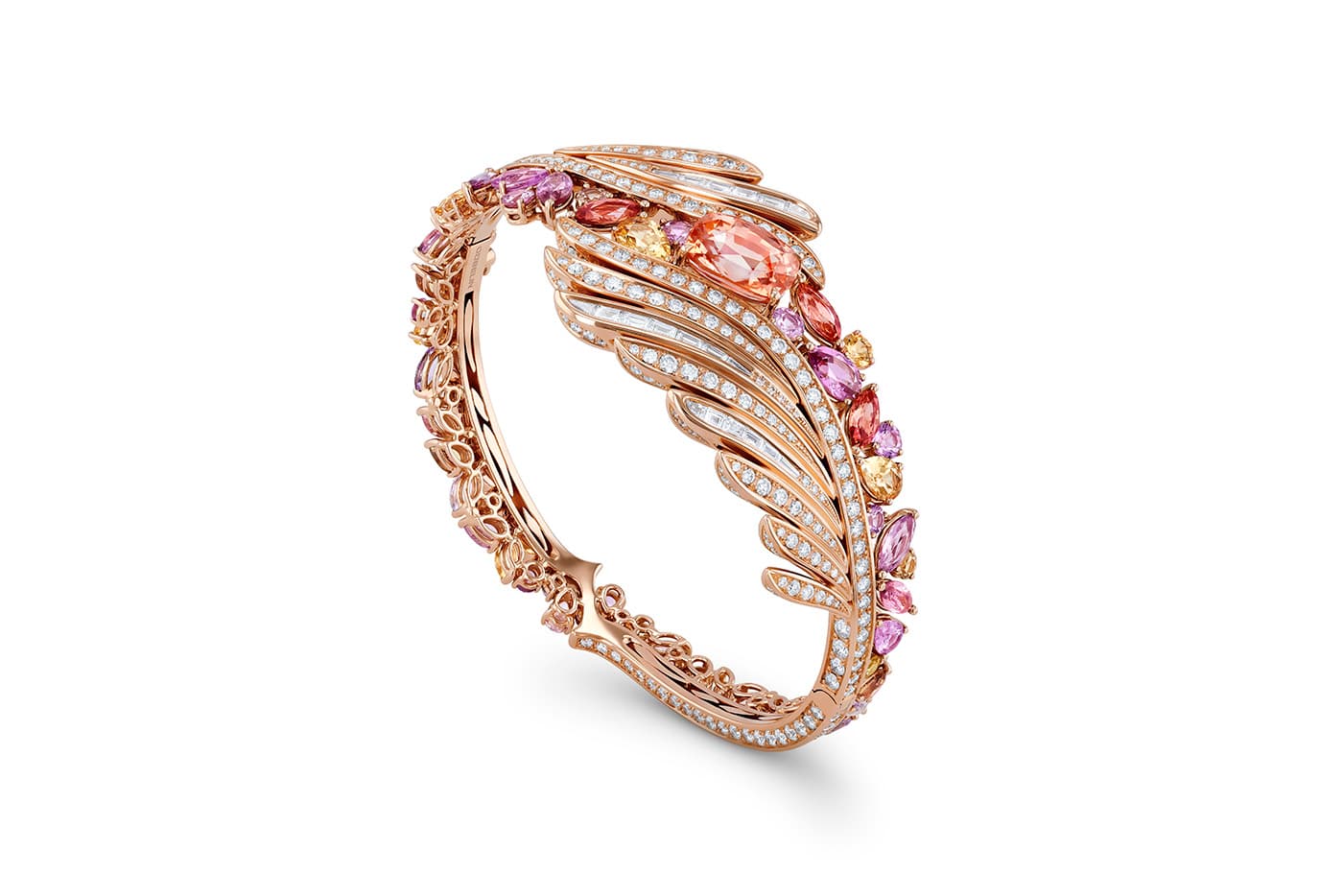 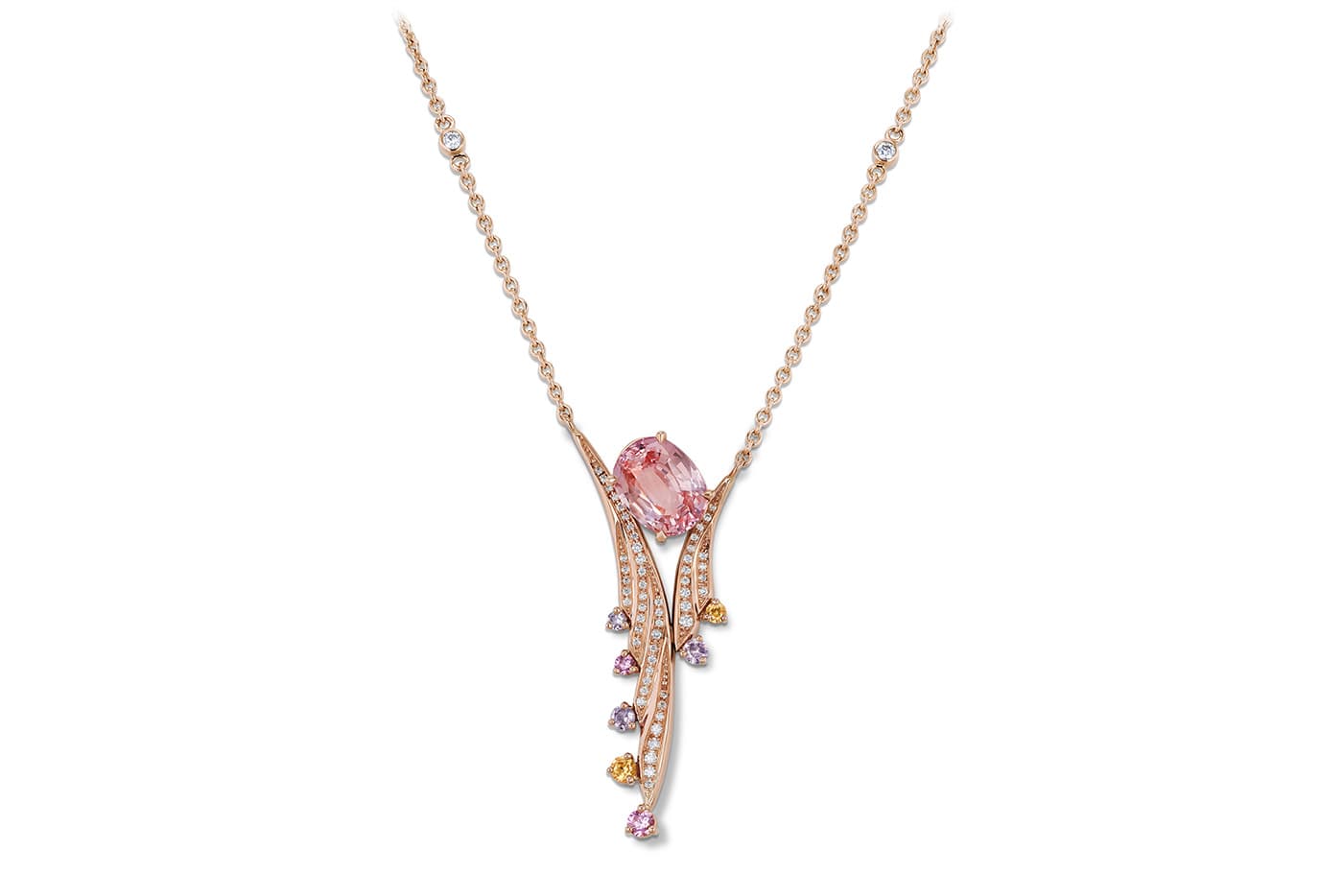 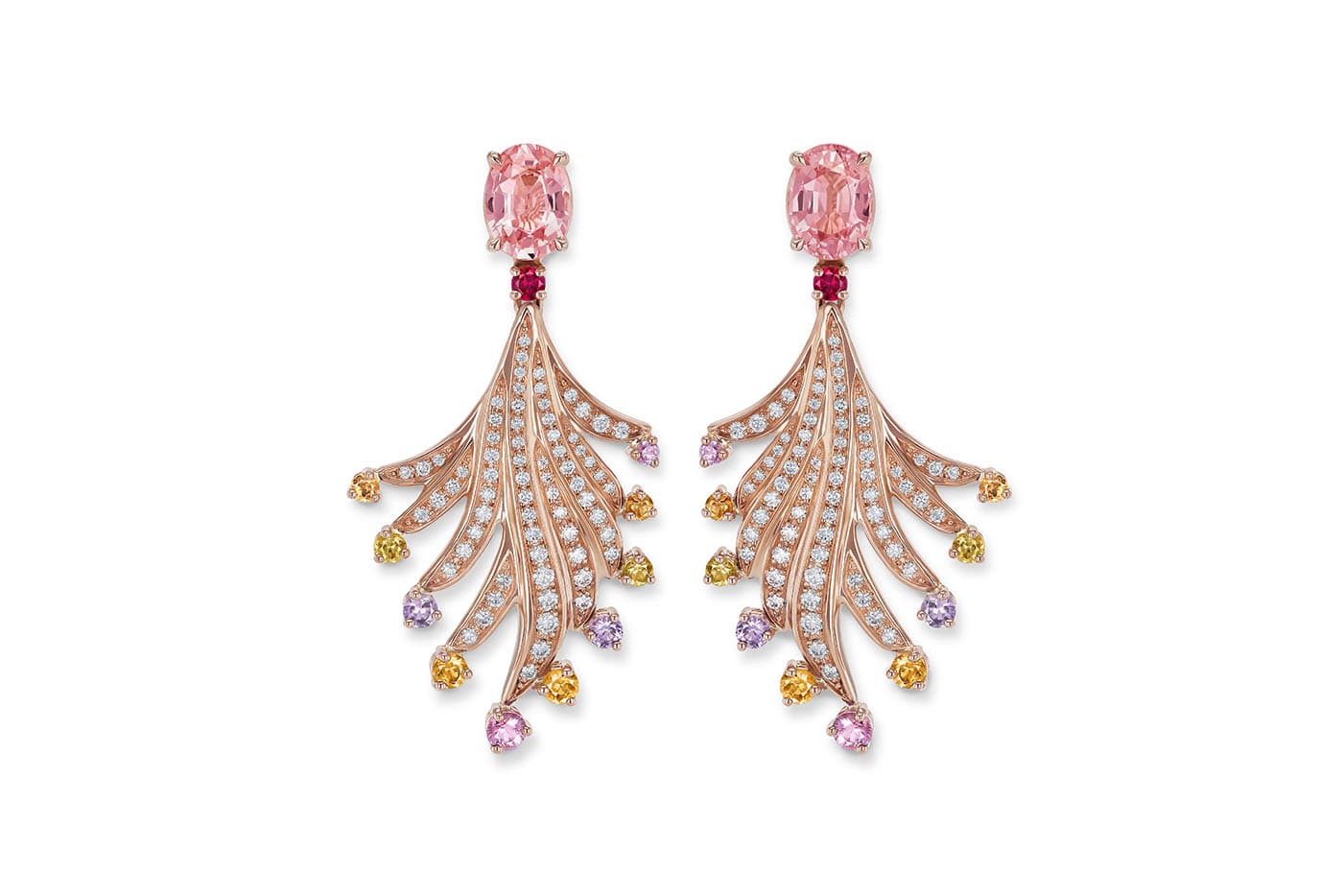 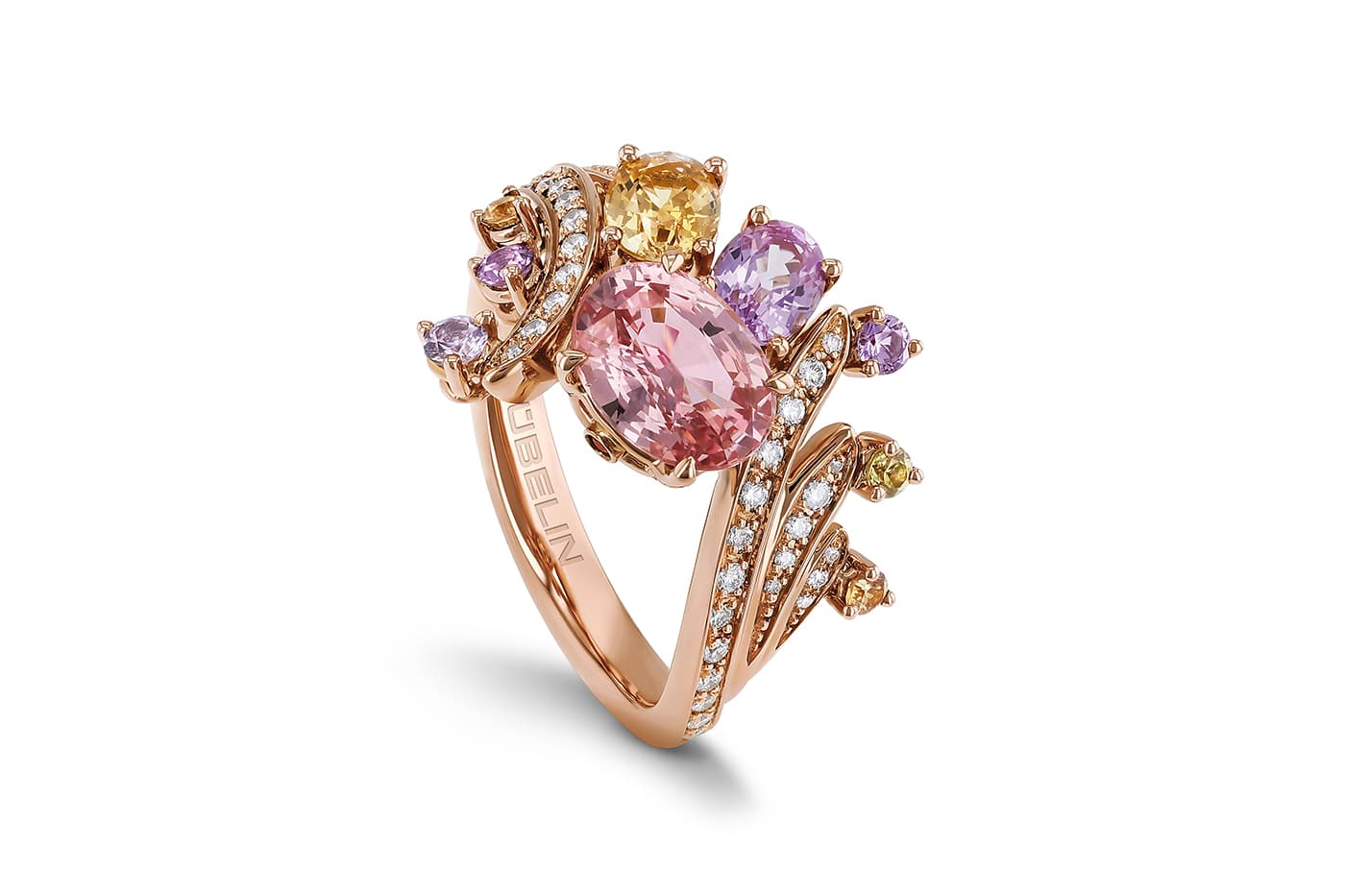 Aurora includes several options for rings, necklaces, earrings and bracelets embellished with fancy colour sapphires and diamonds. The jewellery is made in red (and in some cases white) gold. This allowed the warm shade of the metal to favourably highlight the padparadscha sapphire in the centre of each jewel. There are two hero pieces in the collection at once: the very sweet Rising Lotus cocktail ring and the luscious Splendid Feather bangle! 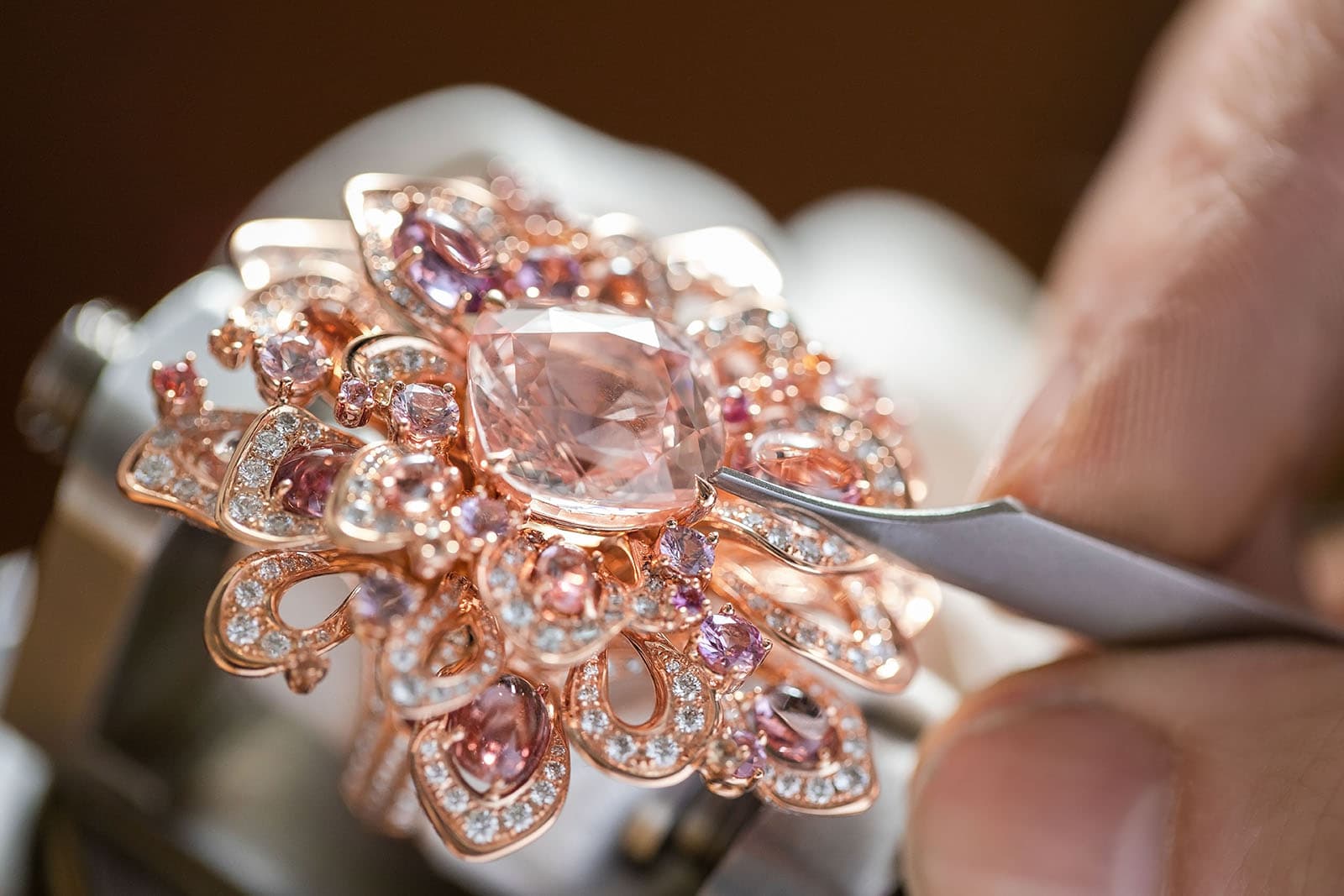 The carefully considered design of the ring, shaped as a blossoming flower, its comfortable fit and the composition of the gemstones that make it unique, fascinated me. The centre of Rising Lotus is crowned with the so far largest padparadscha sapphire that the collection has to offer: a pink-orange 14.25 carat cushion cut sapphire. It looks as though the petals of the flower are lifting the central treasure to the sky. This stone was found in Sri Lanka which is the traditional mining location for these rare corundums and then tested in the Gübelin Gem Lab, as were the other padparadschas in the Aurora collection. 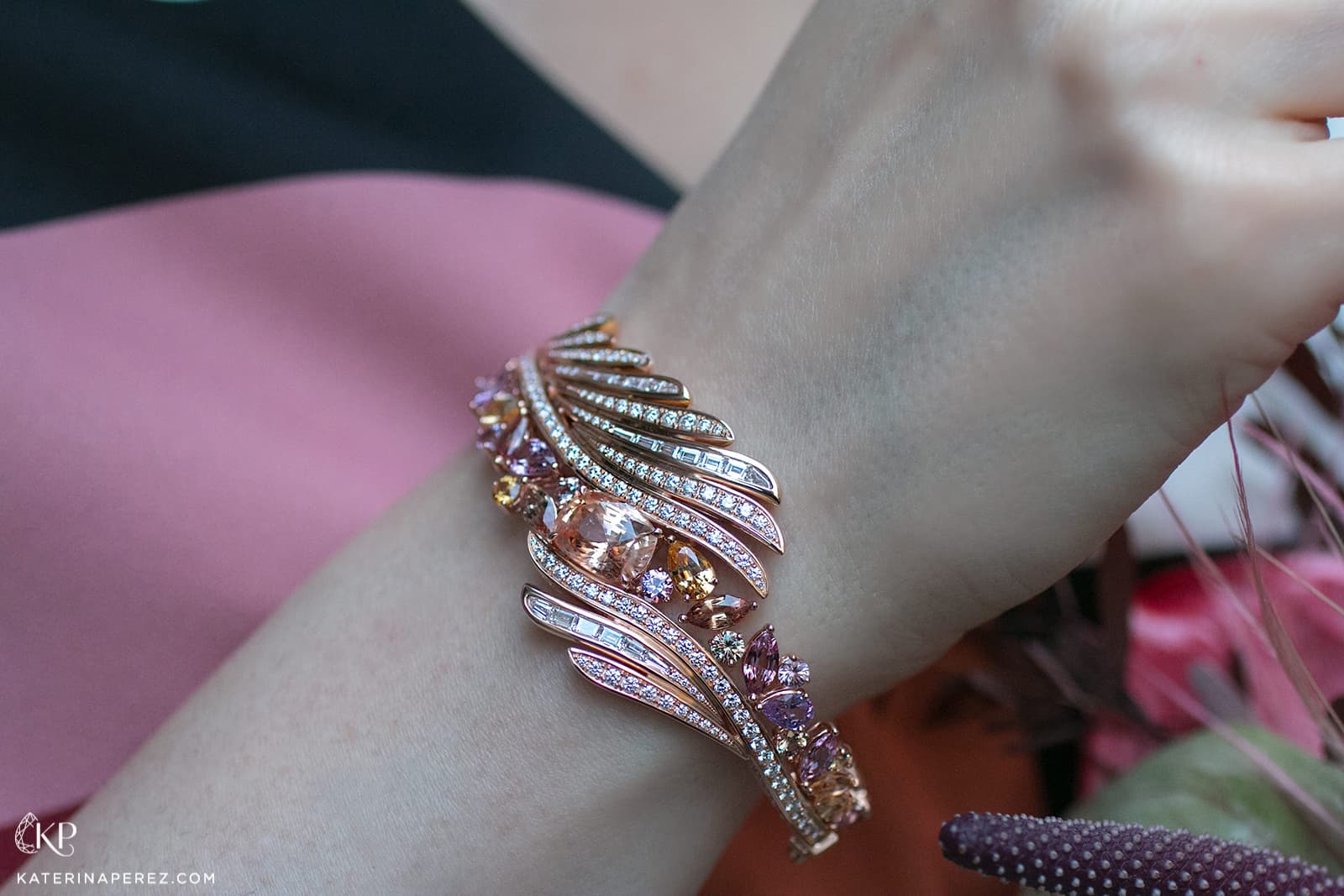 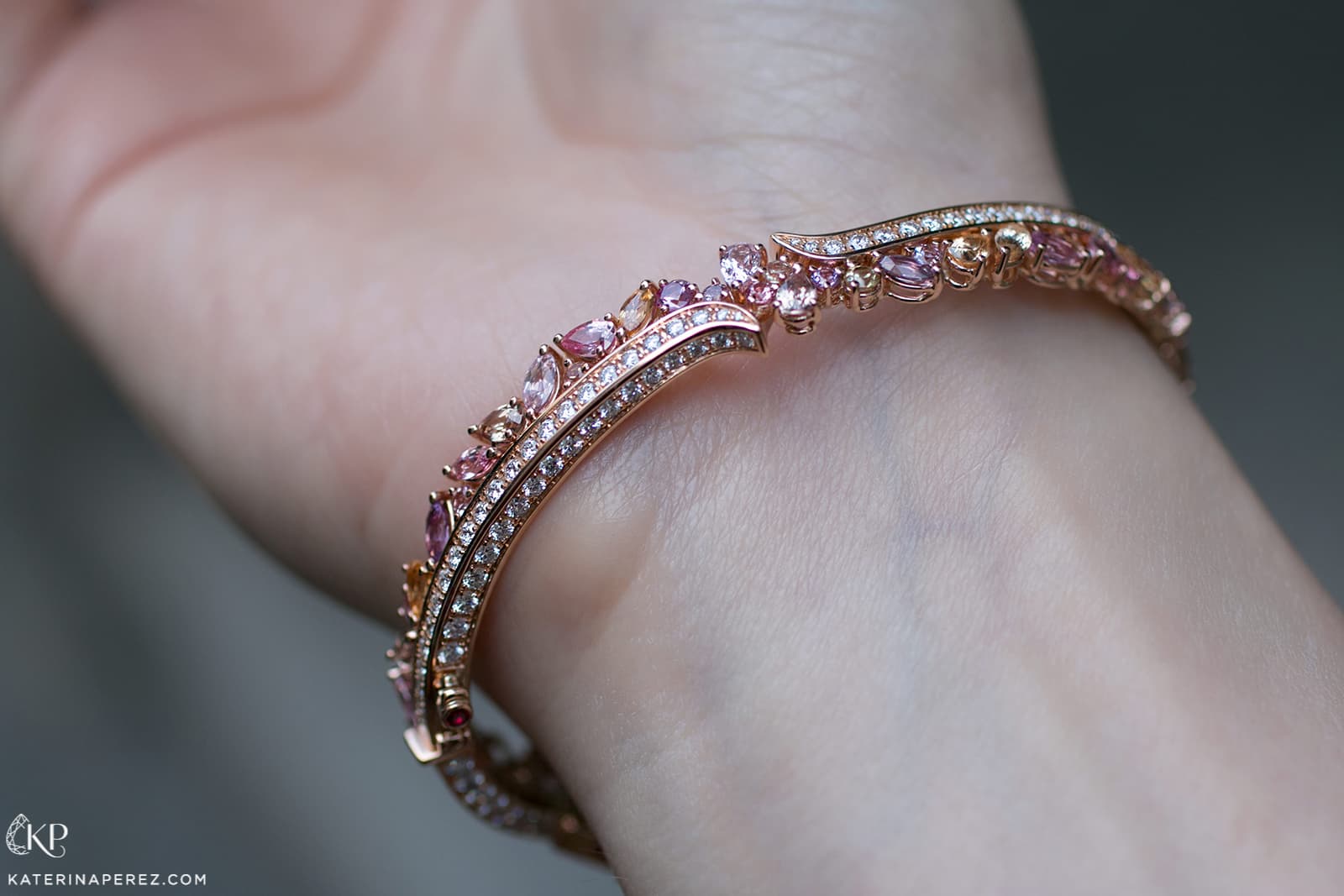 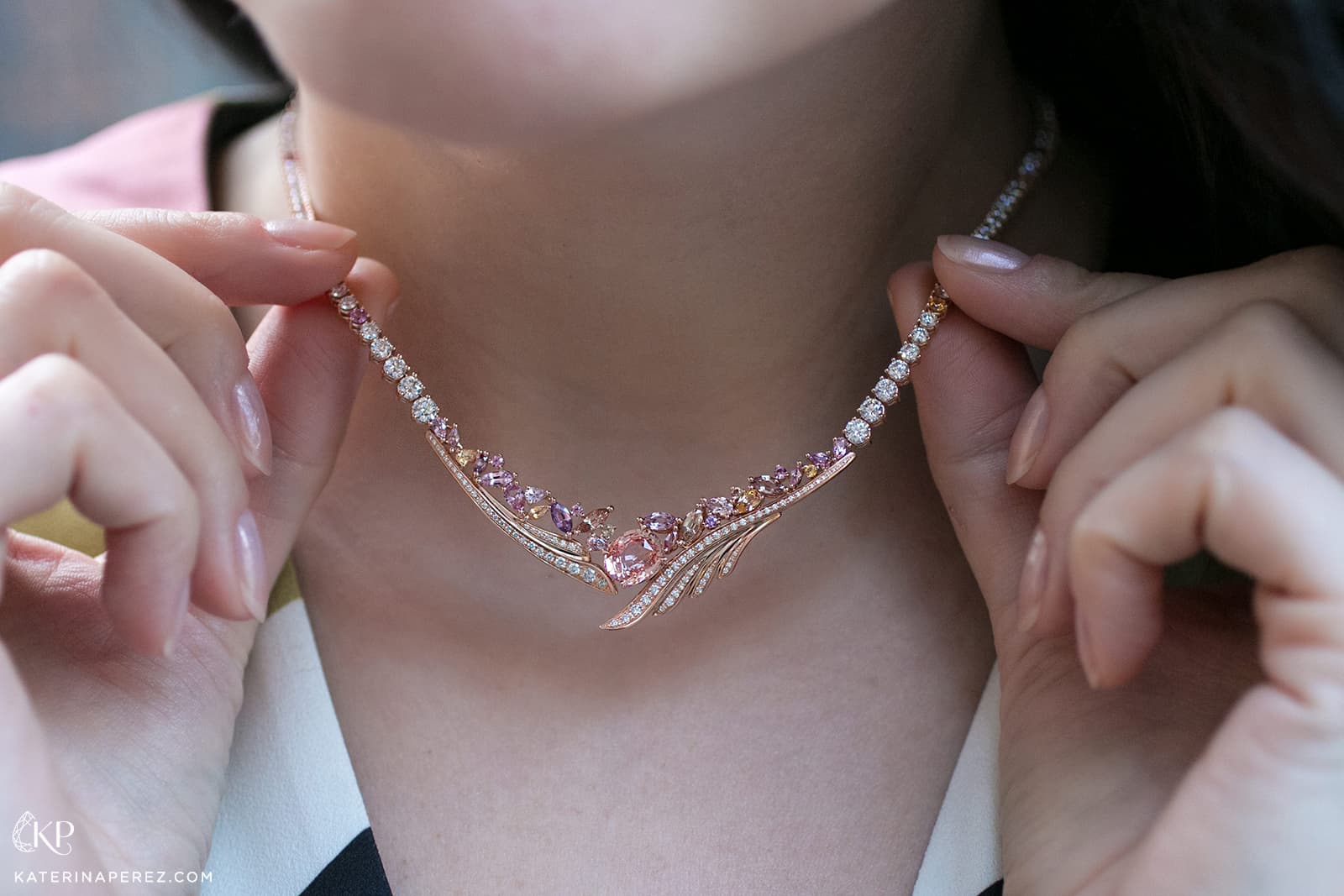 The designer noticed inclusions characteristic of sapphires, known in the industry as “feathers”. Hence the birth of the second masterpiece: a Splendid Feather bangle in red gold with a padparadscha sapphire weighing 5.60 carats. Jewels whose design is inspired by gemstone inclusions is already something Gübelin Jewellery regularly explores in its collections. So, Splendid Feather became a tribute to both the inner world of sapphires and exotic birds inhabiting the island of Sri Lanka. 59 pastel coloured corundums, both pear and marquise cut, flow between wings encrusted with brilliant and baguette-cut diamonds. 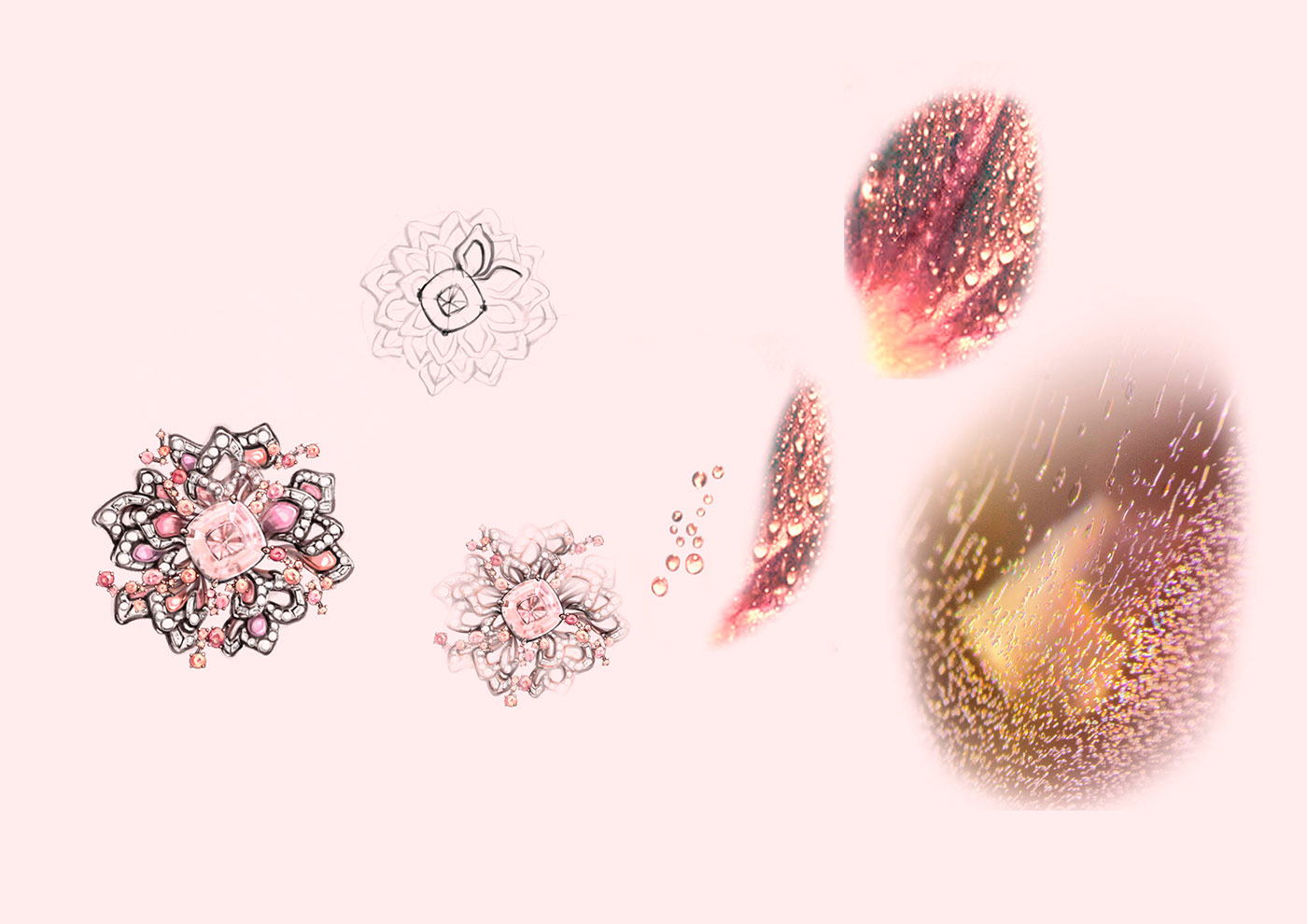 I want to draw your attention to the fact that all the baguettes in Splendid Feather have a completely different shape. Each stone was cut by the craftsmen individually in order to fit together with the rest of the stones placed into a metal frame according to the curvature of the feather. It could be argued that this bangle set a new creative direction for Gübelin, something which clearly demonstrates the company's willingness to move away from purely classical designs and present new creative ideas to its customers. 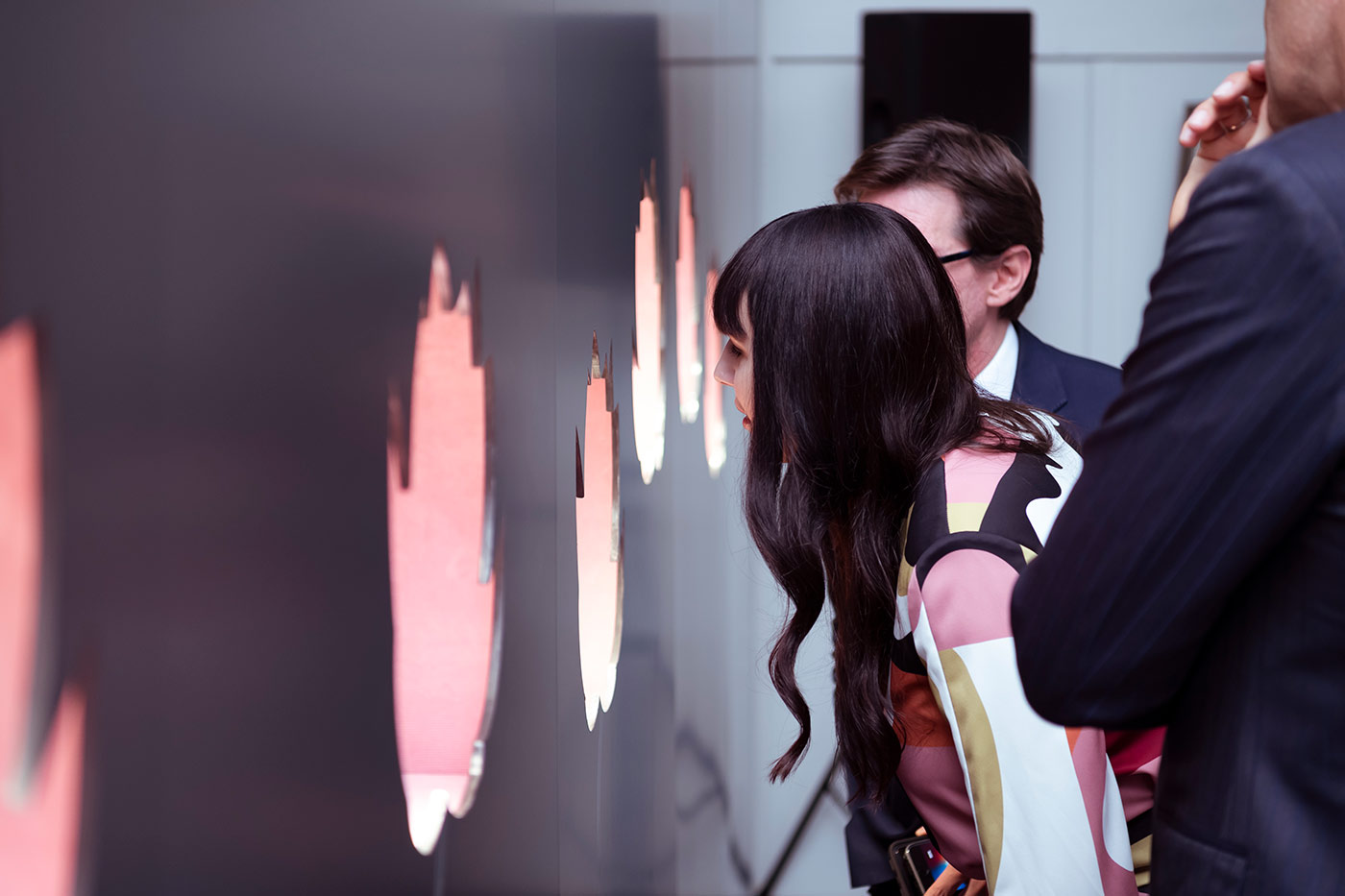 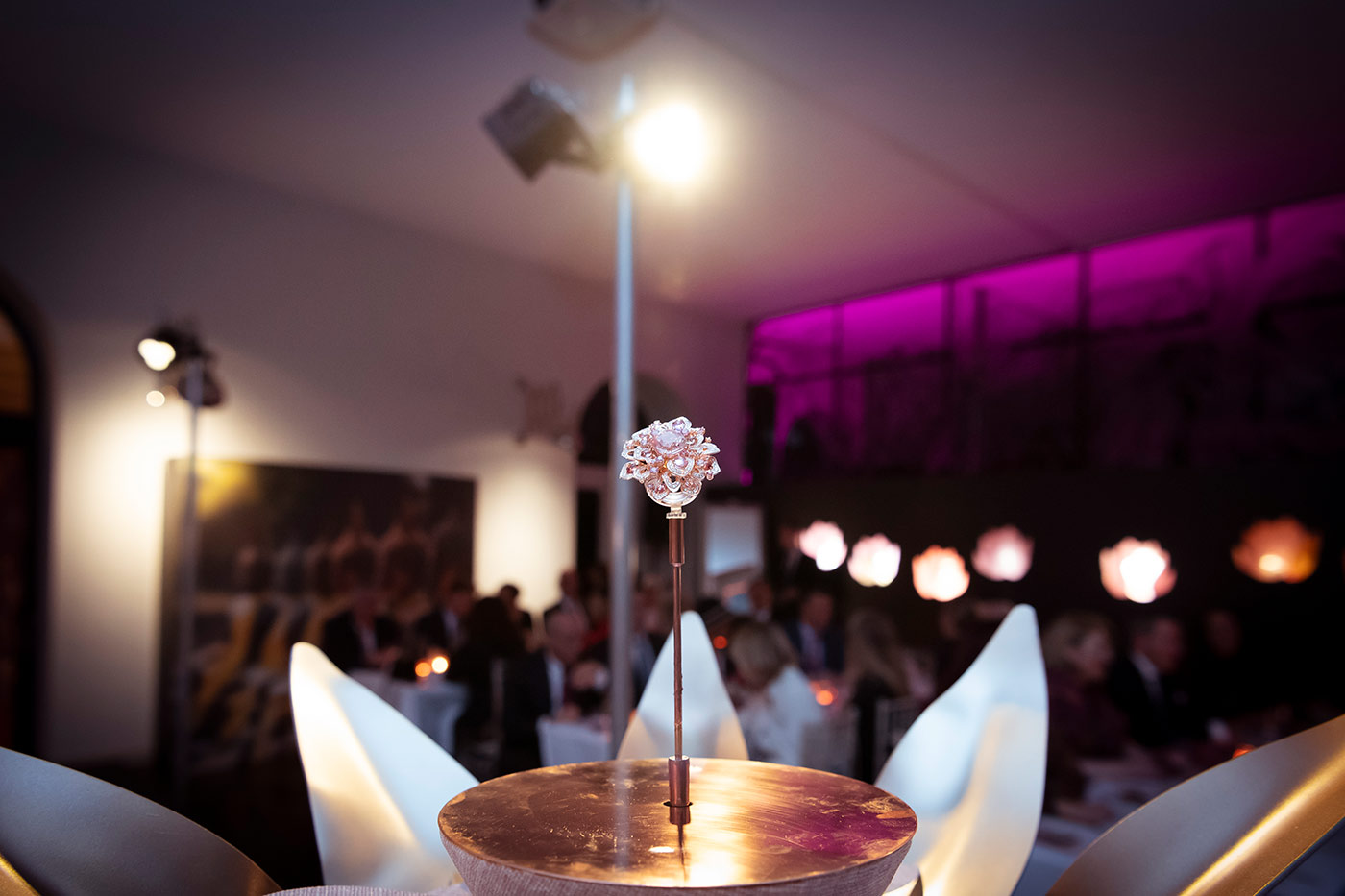 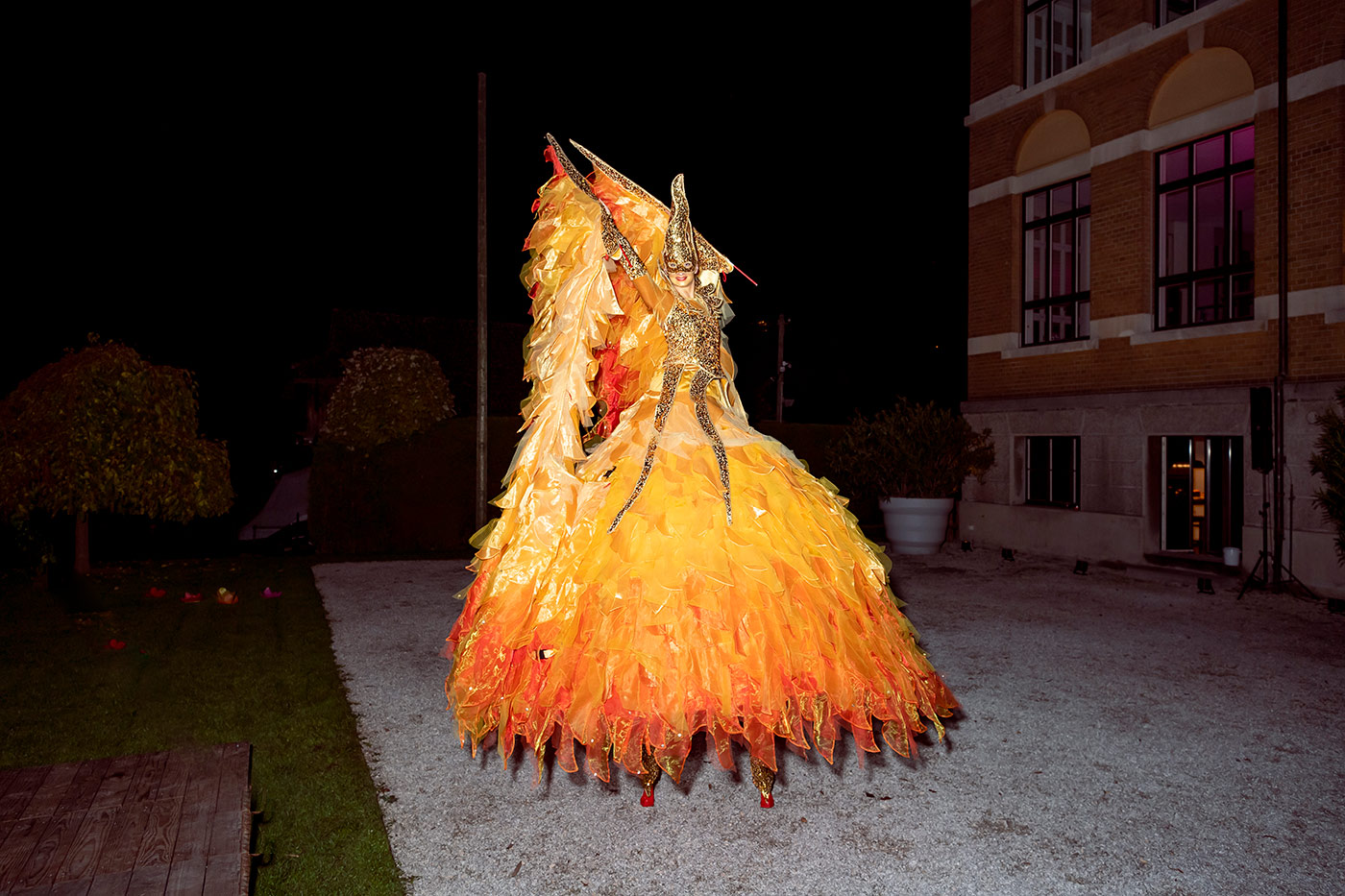 “I know no boundaries in what can and cannot be done in terms of design. This helps me think outside the box but also makes my work challenging. For example, collecting the initial 25 padparadscha sapphires starting the collection was no easy feat. We only accepted 10% of the stones that were proposed to us. Our aim was only to use the gemstones of the highest quality,” says Thomas Prantl. 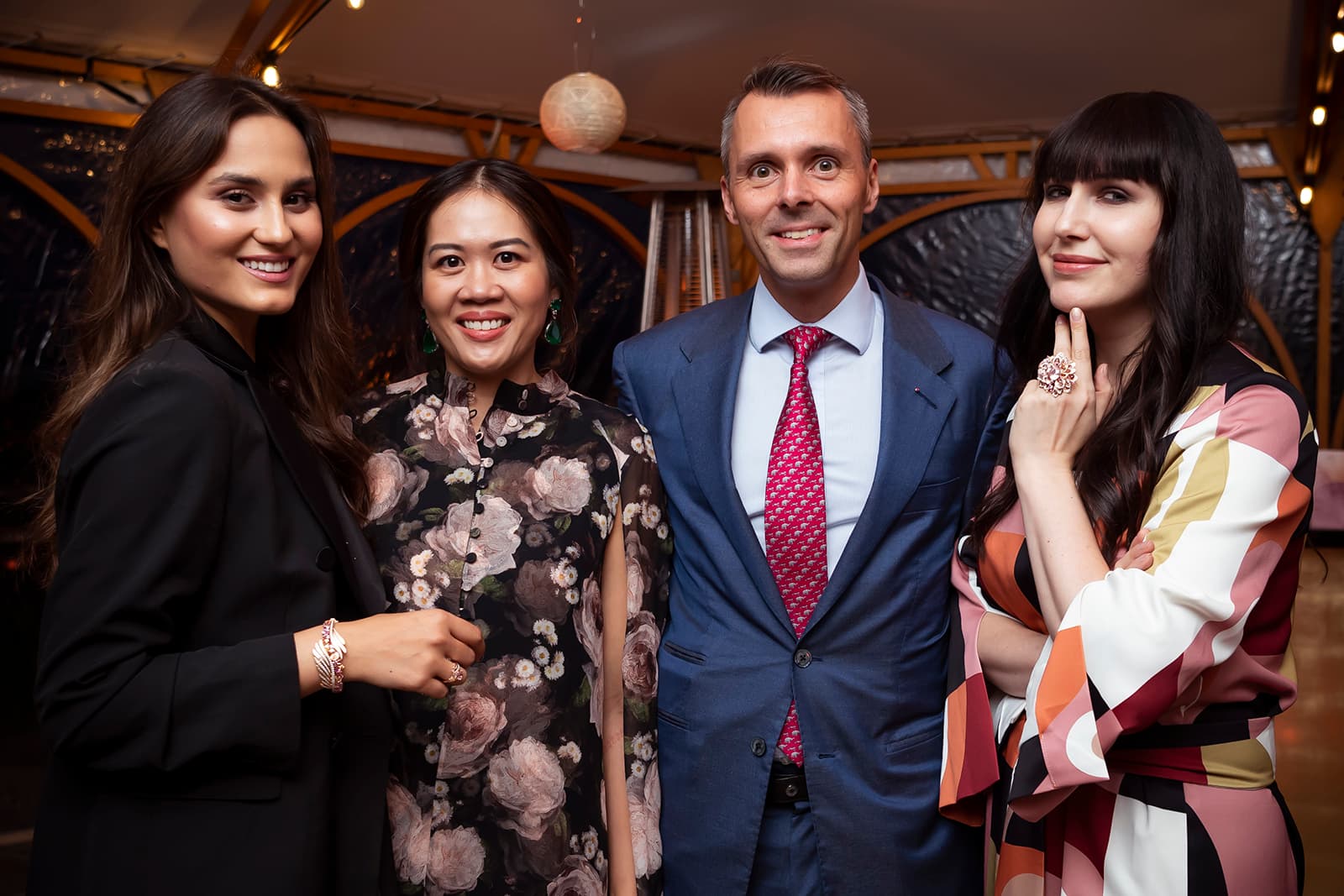 The charming play of colour underneath the facets sets padparadscha sapphires apart from others, while their rare occurrence in nature has made these corundums a really desirable prospect for collectors. Would you like to be one of few people who would have the pleasure of owning an Aurora jewel? 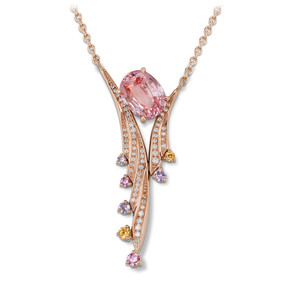 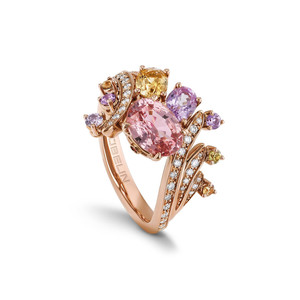 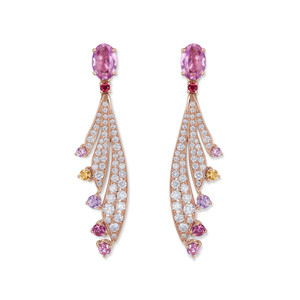 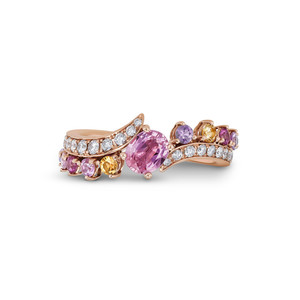