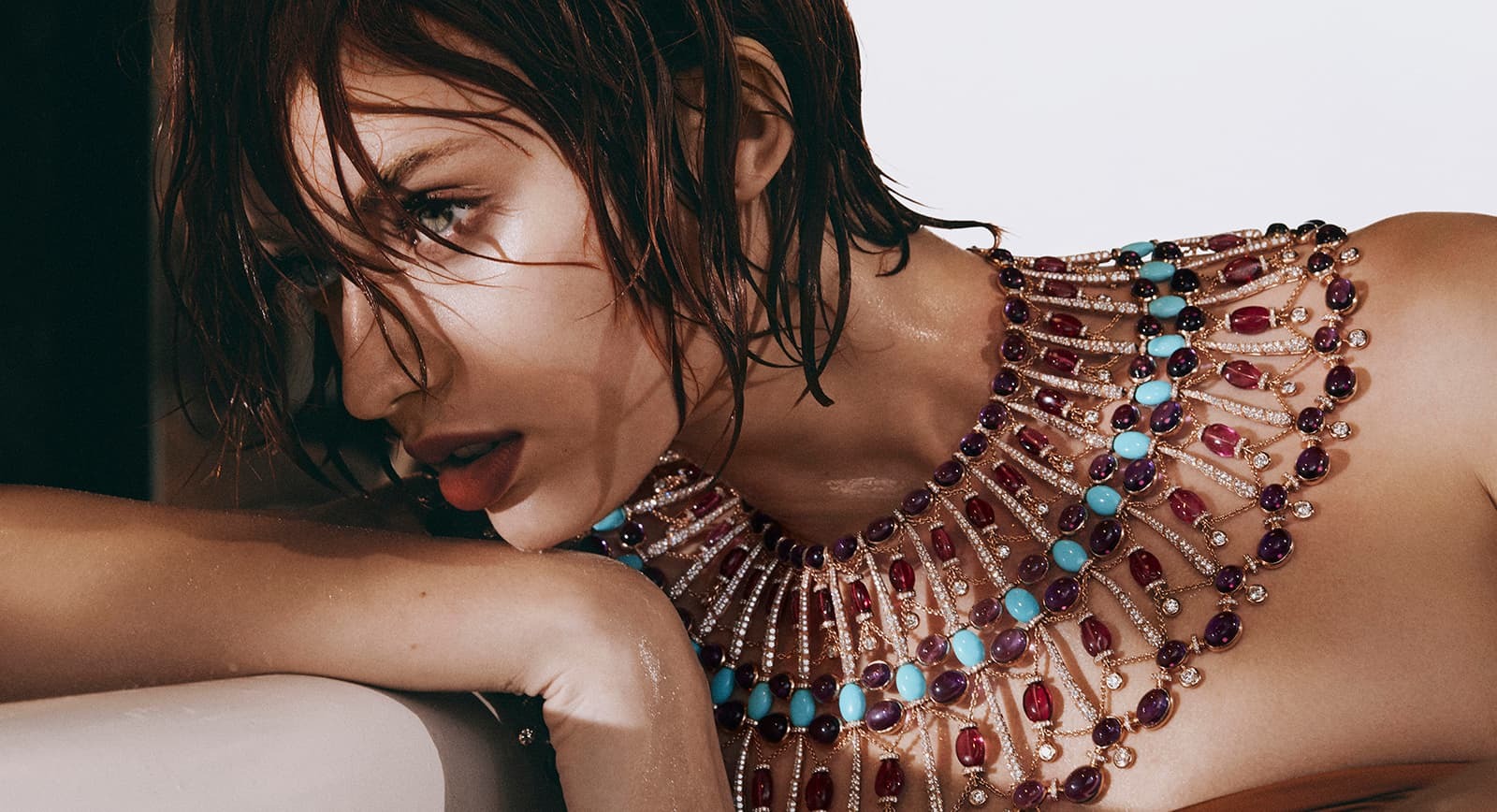 Bvlgari: ‘Cinemagia’ is an ode to the glamour of cinema’s Golden Age

The summer is the season of high jewellery, with most world-renowned luxury jewellery houses showcasing their latest collections during Paris Haute Couture week at the beginning of July. Bvlgari - however - exhibited their latest line on the island of Capri in June, celebrating La Dolce Vita, the famous Roman film studio Cinecittà, and the allure of the silver screen’s heroines.

Bvlgari has enjoyed a uniquely passionate love affair with cinema; the quintessentially Italian house was the favourite jeweller of one of the most famous actresses of all time - Elizabeth Taylor. “I introduced Liz to beer, she introduced me to Bvlgari,” Richard Burton famously said during the filming of Cleopatra in 1963 in Italy. 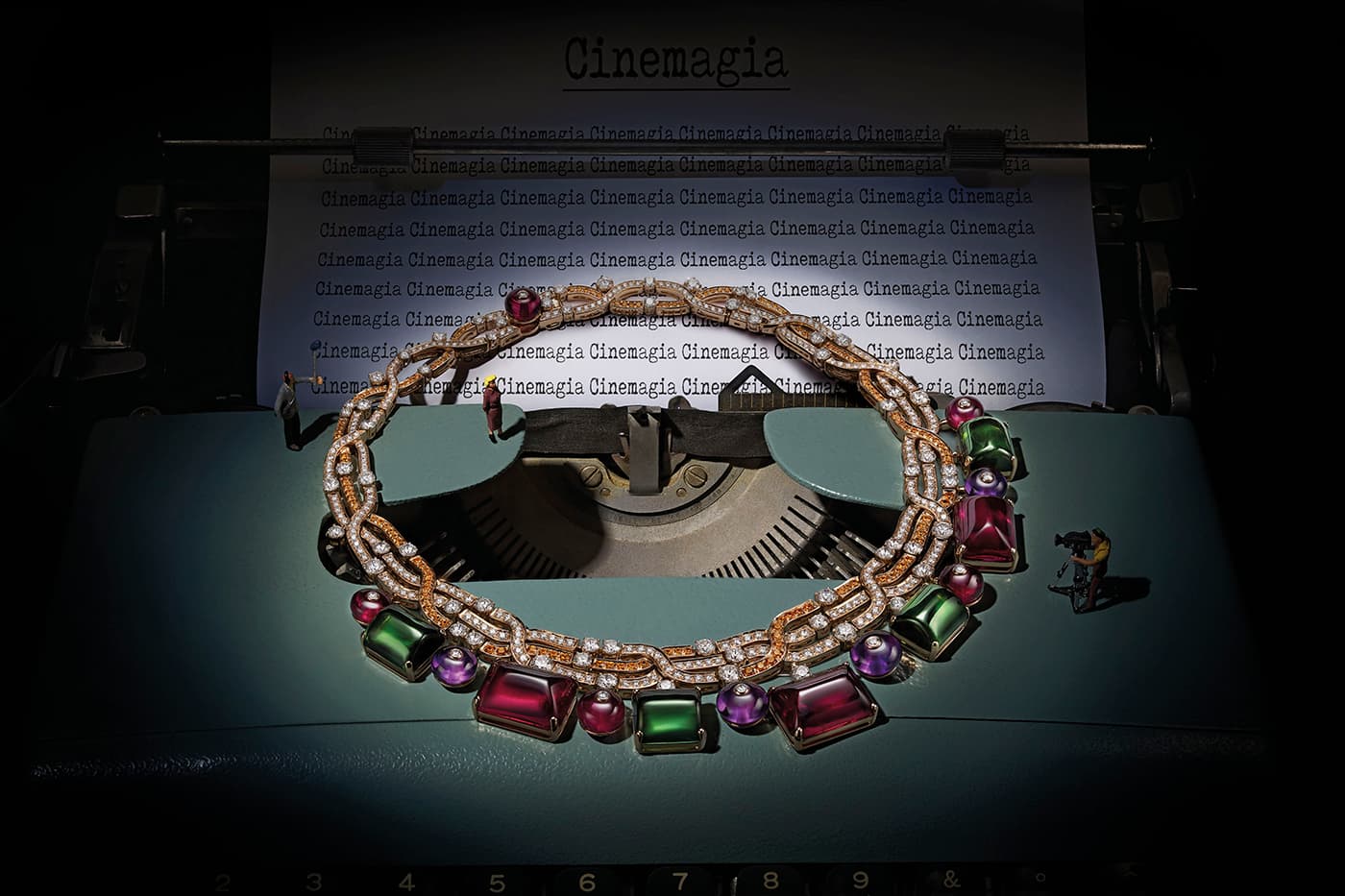 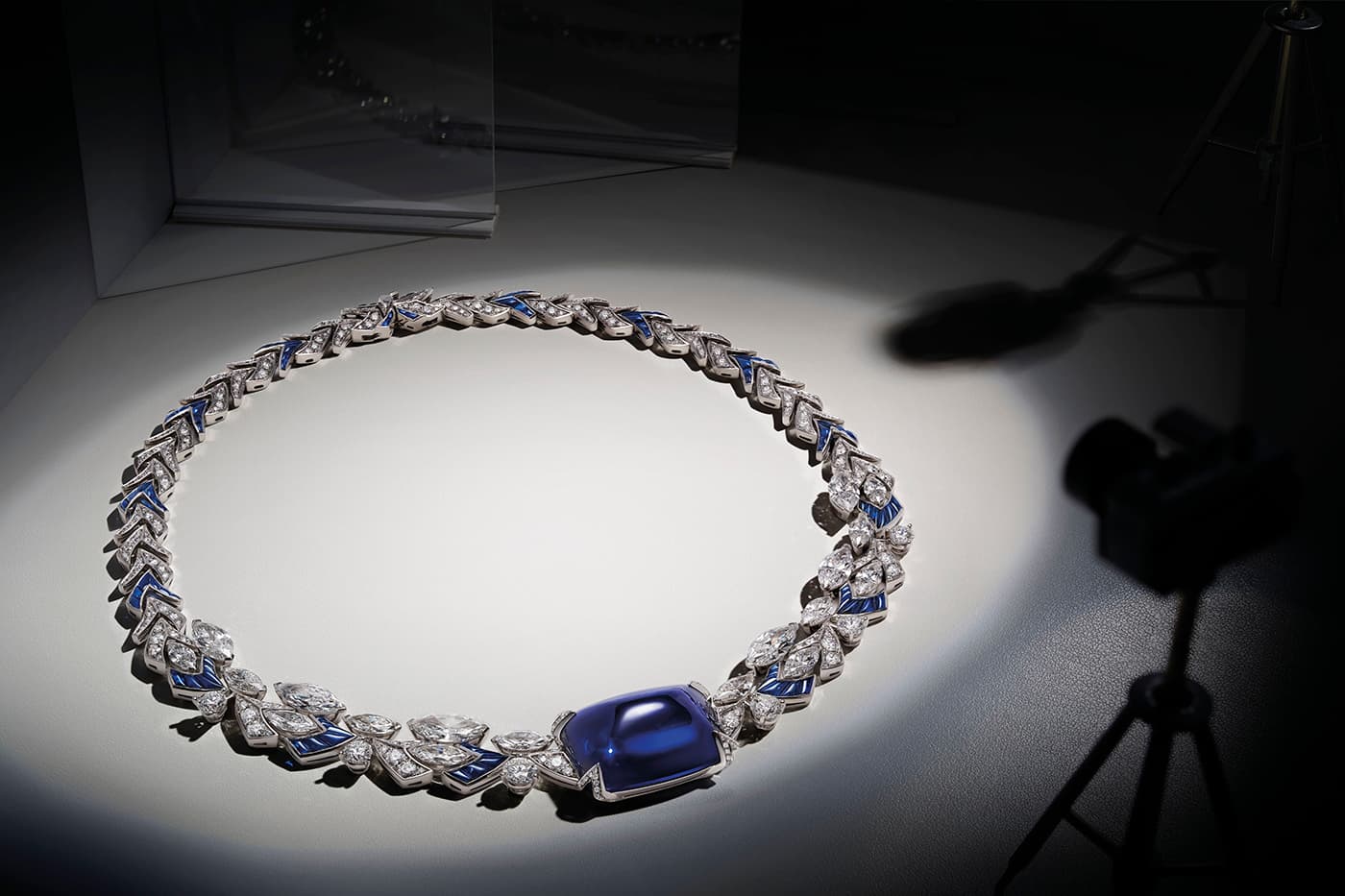 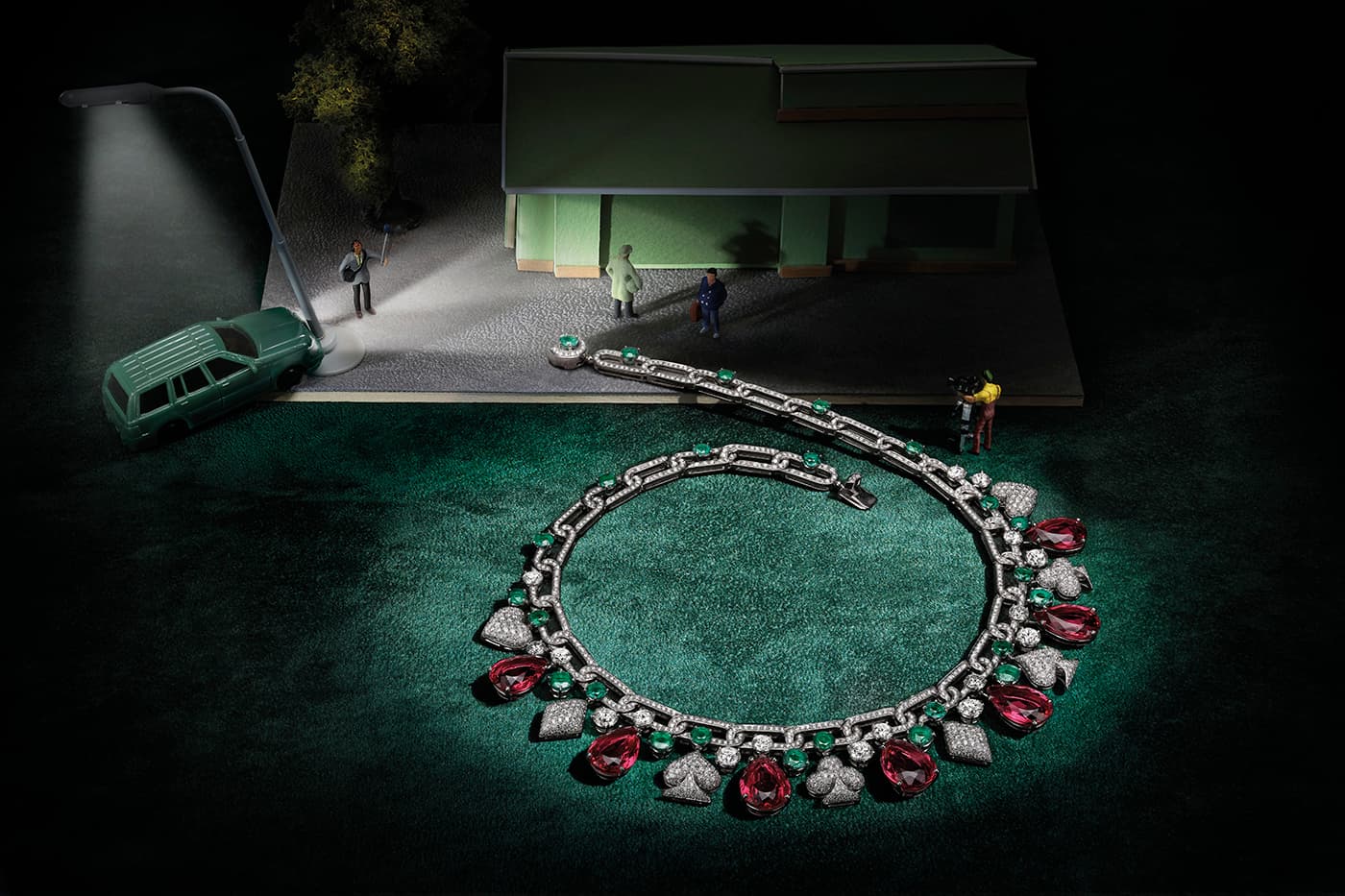 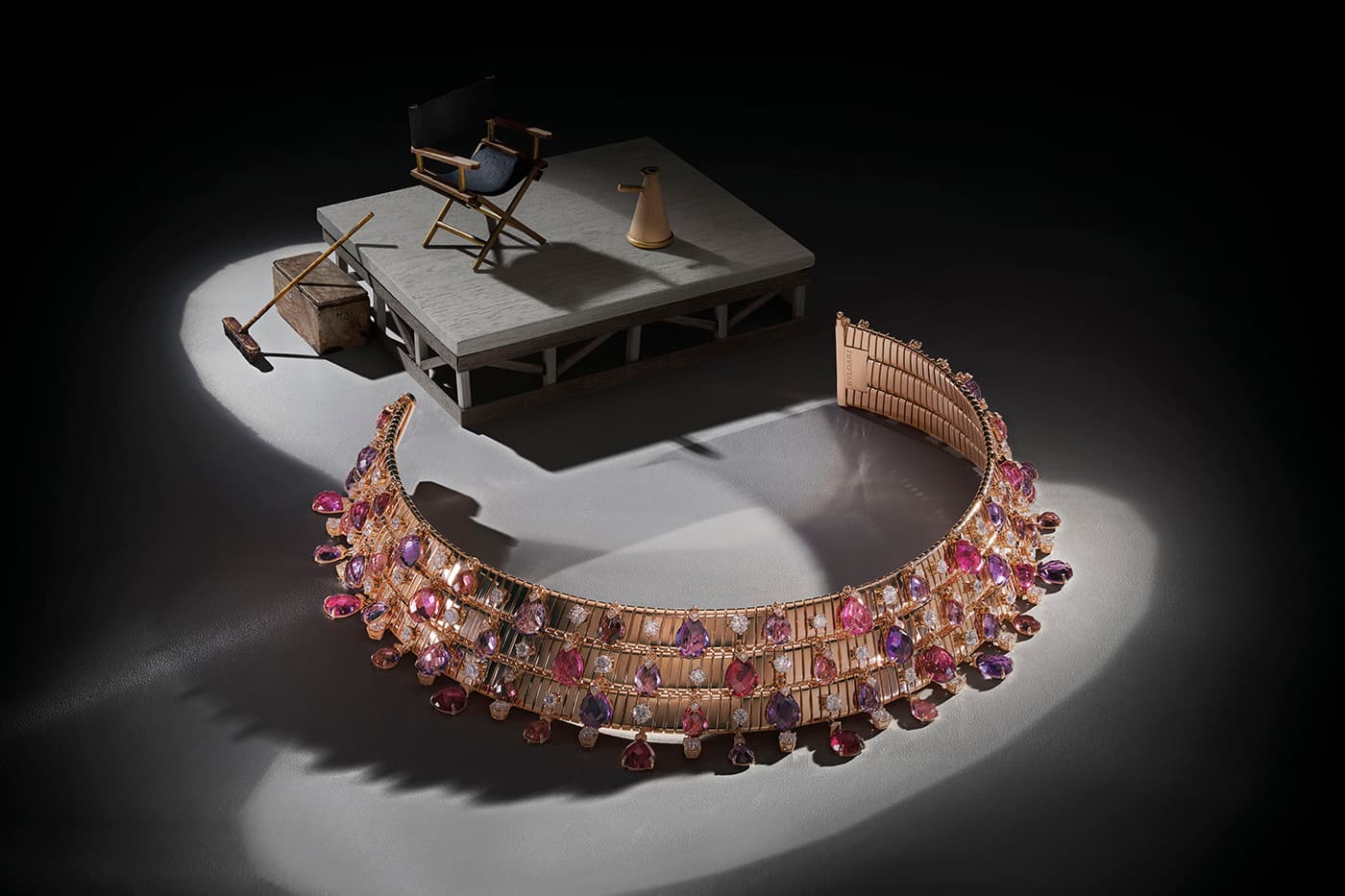 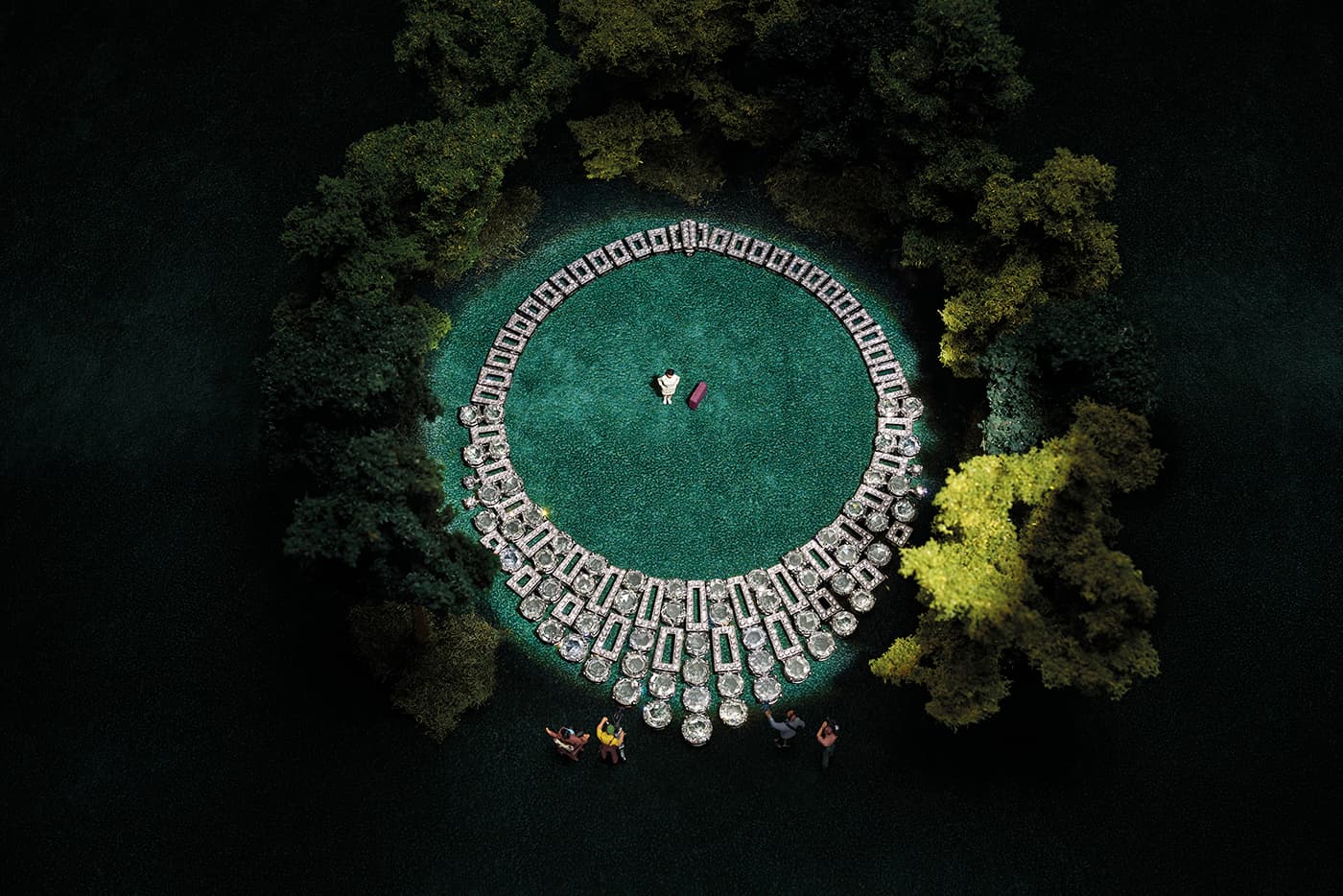 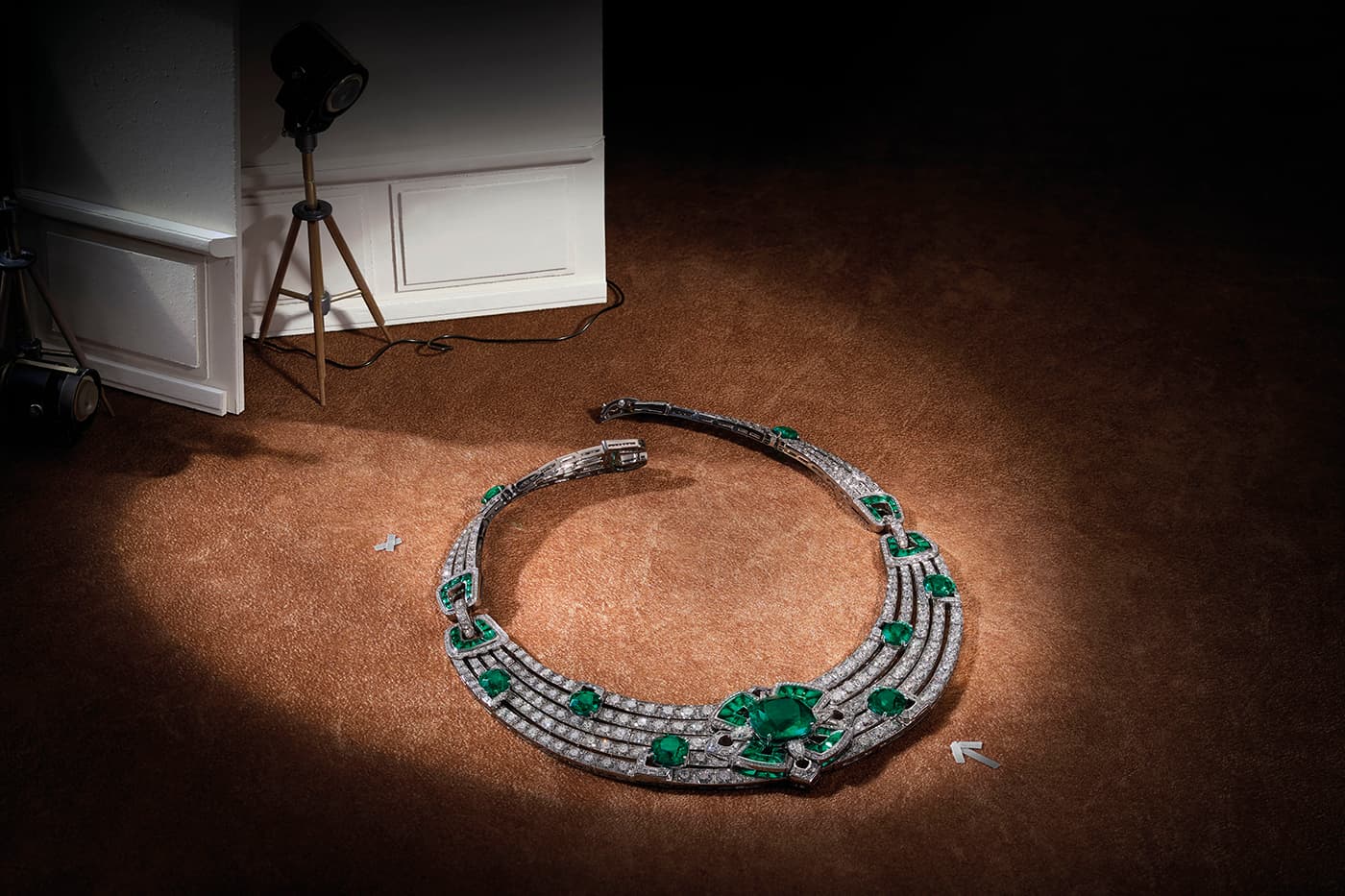 From an altruistic perspective, the Maison has been an avid supporter of the art of movie making across the globe. For example, Bvlgari is the official jeweller of the Tribeca Film Festival, and has collaborated with Tribeca Studios to produce an expansive short movie series, highlighting women who are breaking boundaries and shattering cultural norms. Bvlgari has also sponsored a range of festivals; including the Berlinale, the Cannes Film Festival, La Biennale di Venezia and, for the third year in a row, and the Shanghai International Film Festival. 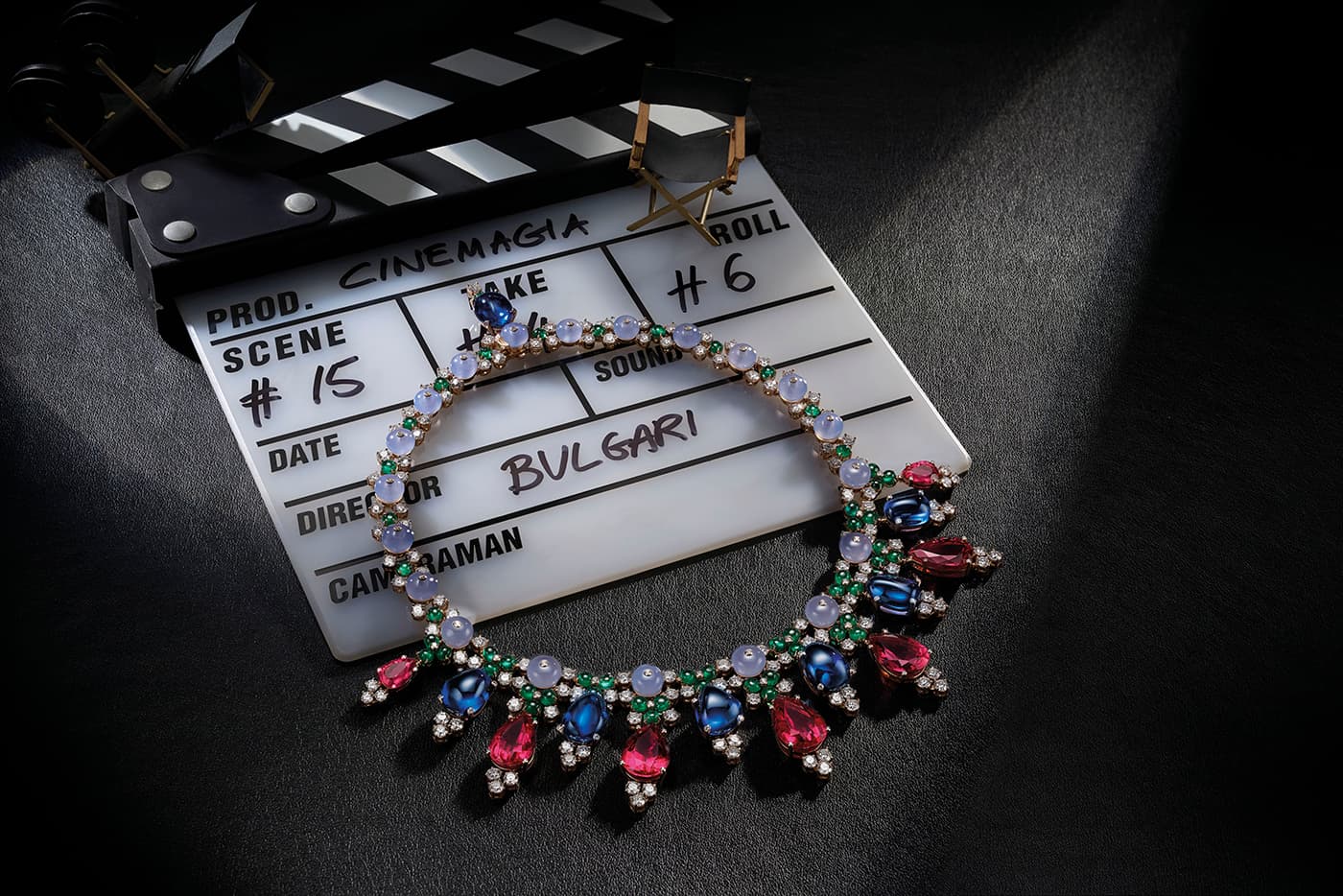 In its new ‘Cinemagia’ high jewellery collection, the Italian maison portrays the splendour of The Seventh Art through its usual dedication to exceptional coloured gemstones with impressive carat weight. The house is also known for revelling in colour play throughout its illustrious history, so the jewelled novelties continue this tradition. 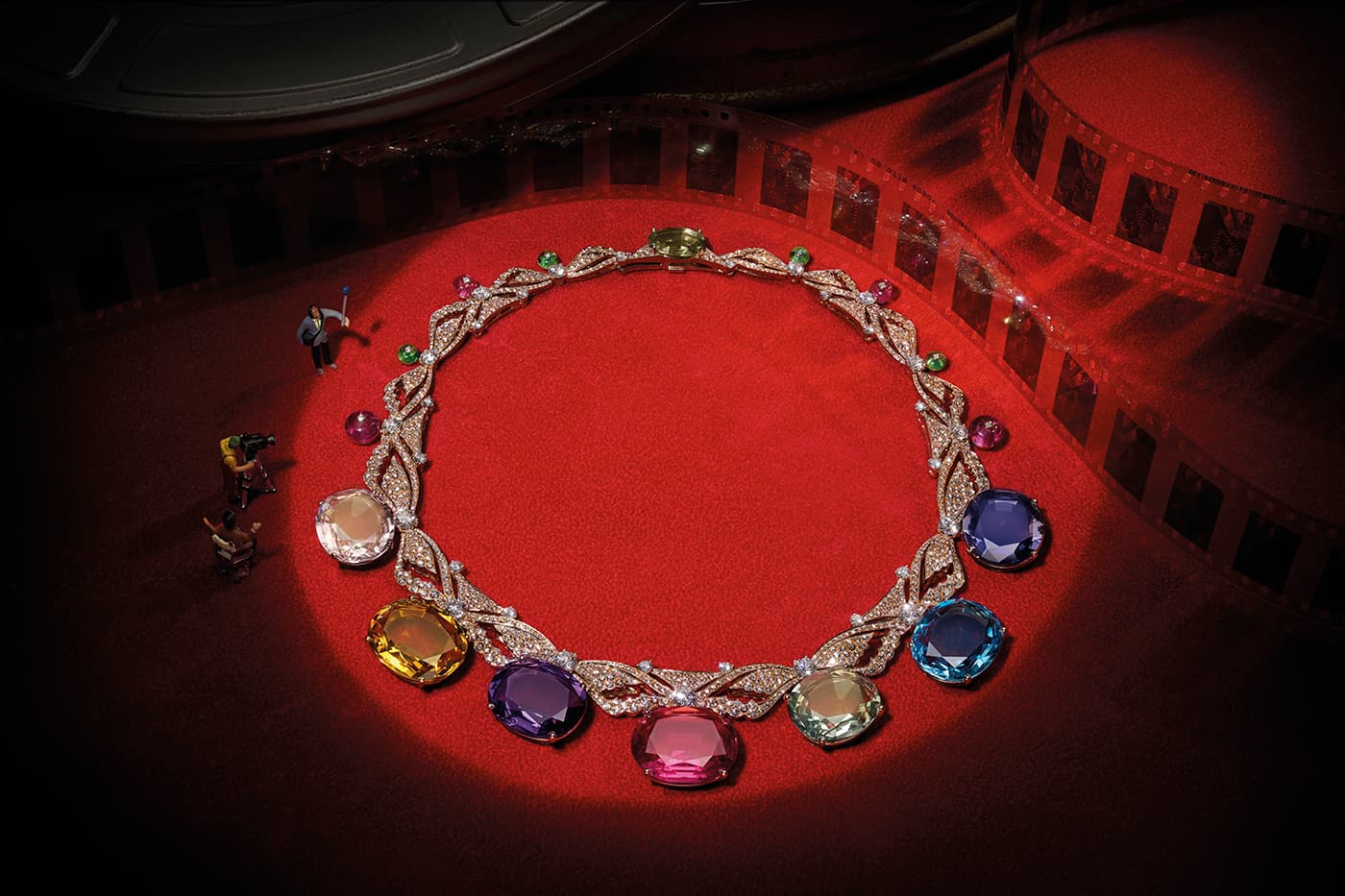 One of the most magnificent creations, the ‘Fairy Wings’ necklace, has become an ode to the fantasy - and seeming impossibility - of the cinema magic. Ideas of whimsy and beauty led the house to combine eight different gems showcasing nature's true wonder: a 27.28 carat topaz, a 22.98 carat rubellite, a 21.92 carat citrine, a 17.98 carat amethyst, a 16.71 carat morganite, a 16.09 carat iolite, a 14.83 carat green quartz, as well as a 5.21 carat apatite. 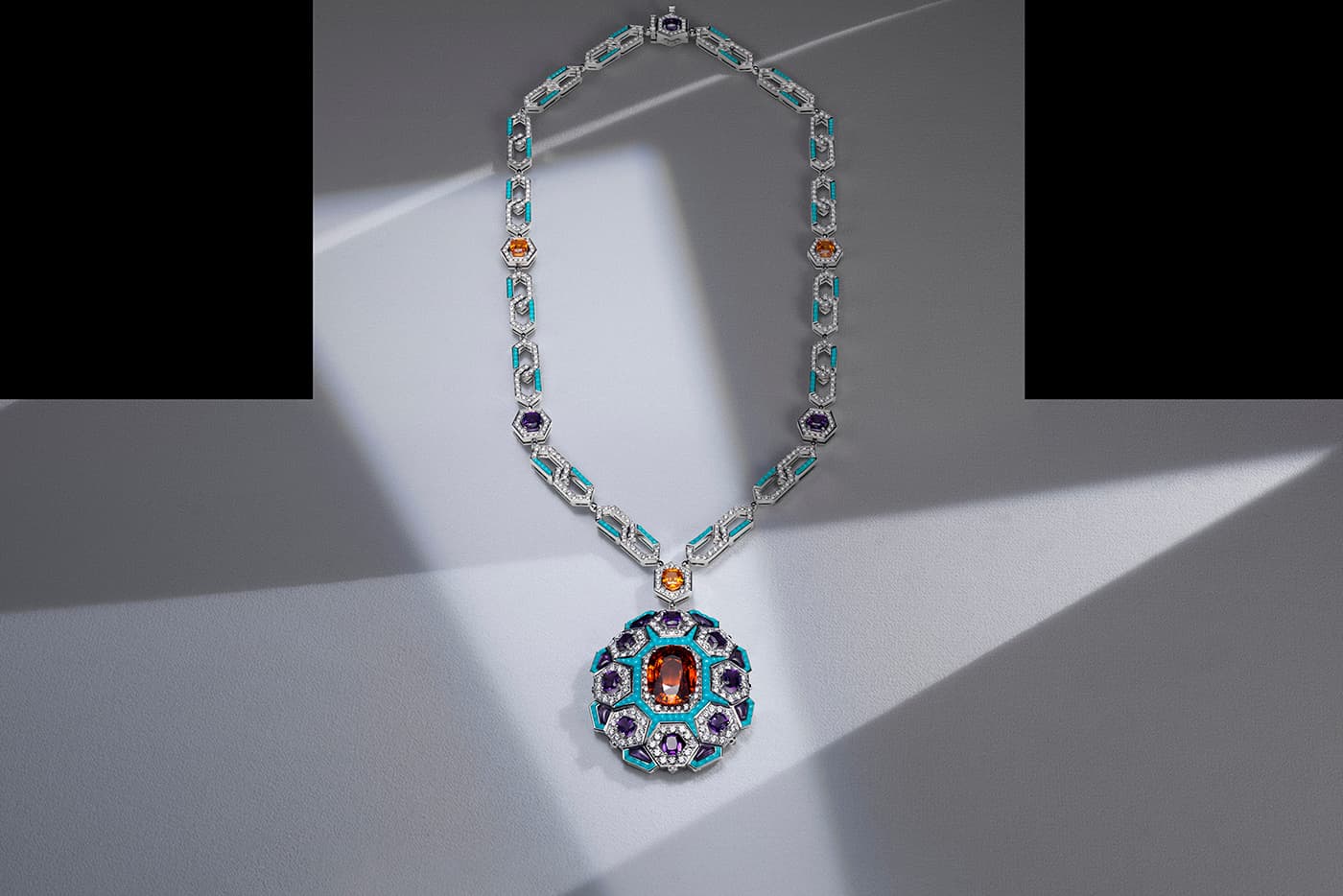 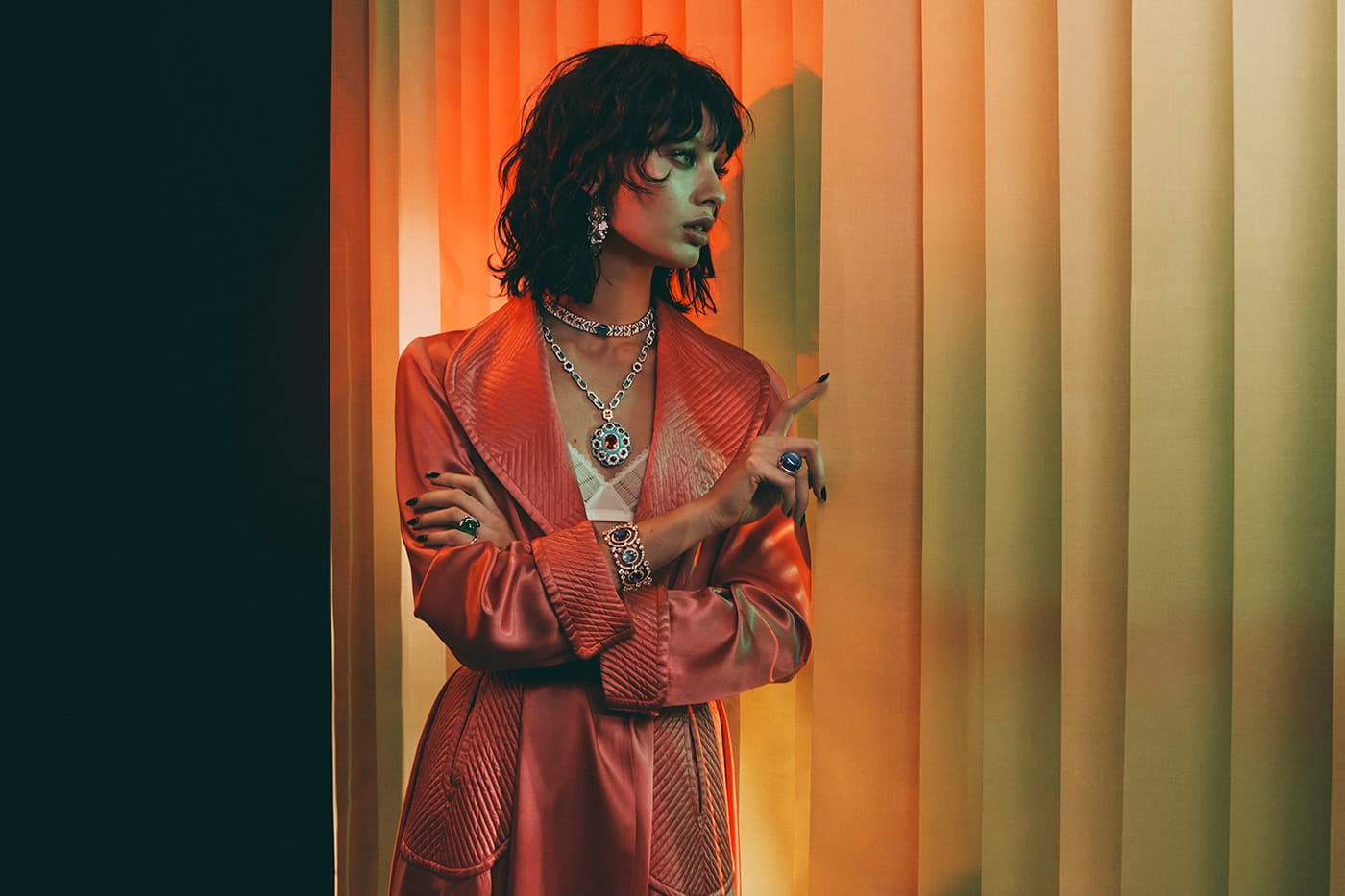 Conversely, another necklace titled ‘Night at the Casino’ has become a tribute to 1995’s epic Las Vegas crime drama ‘Casino,’ in which Bvlgari jewels starred. It is a rather modern rendition with a central 16.85ct Mandarin garnet, accented by contrasting turquoise, amethysts and diamonds in a design which is inspired by the iconic roulette wheel. 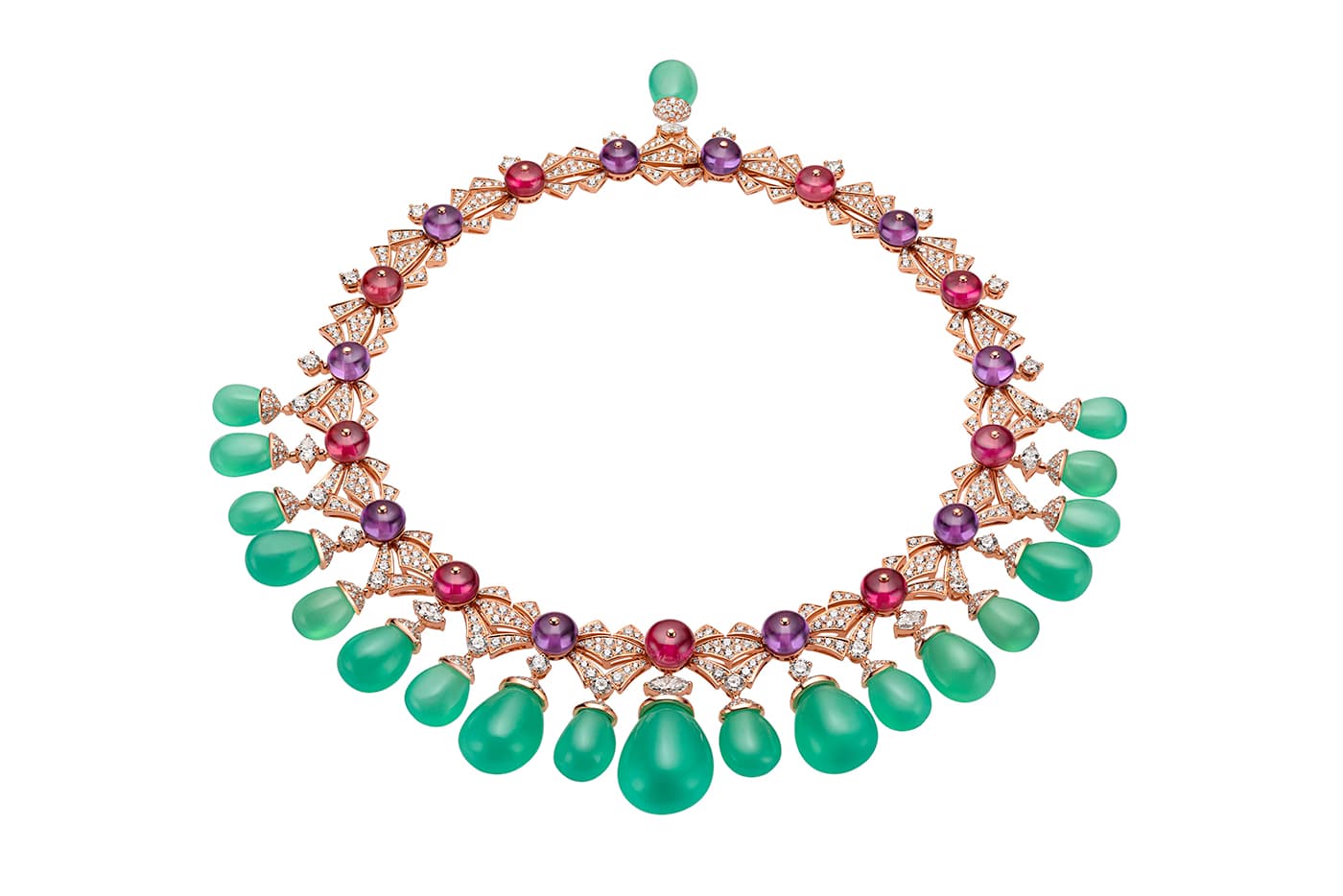 One of the pieces of the collection which is the epitome of quintessential Bvlgari design is the ‘Action!’ necklace, which celebrates the invention of celluloid film in 1885. The necklace itself has been imbued with its own innovation: the introduction of zirconium as a new metal in high jewellery design. The black-silver sheen perfectly mimics an old piece of film. The creation took over 800 hours of work by a single goldsmith, who embellished it with 32 carats of pavé diamonds. 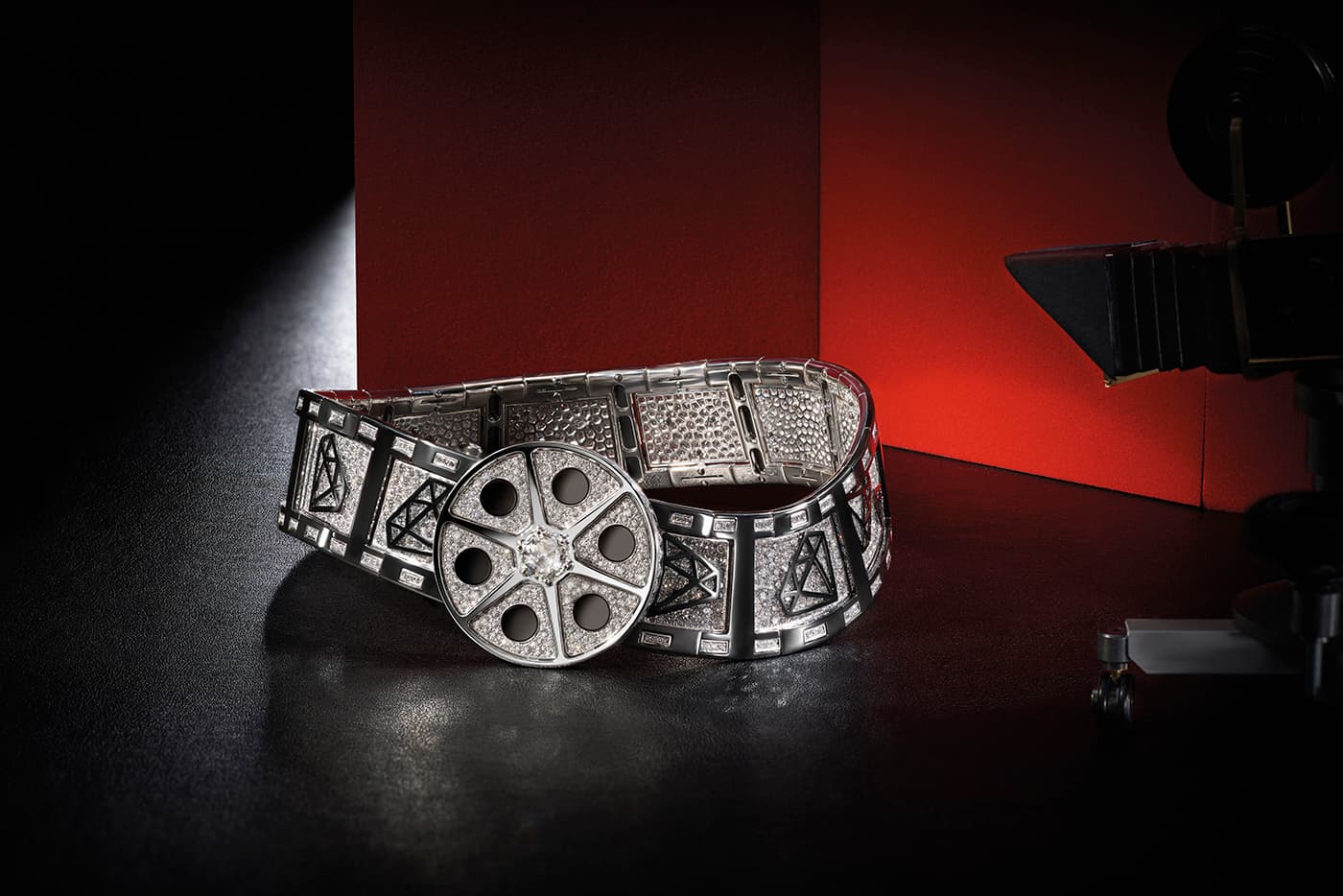 Not that necklaces are the only spectacular jewels of the ‘Cinemagia’ collection; Bvlgari’s iconic ‘Serpenti’ line has the most magnificent new addition imaginable in the form of the ‘Serpenti Misteriosi Romani’ watch. With this timepiece, Bvlgari introduces the world to the most expensive high-end timepiece ever made - costing almost €2,000,000. This is mainly due to the crowning with a 10 carat Sri Lankan sapphire, as well as a total of more than 60 carats of diamonds and 35 carats of sapphires which form the snake’s body and scales. 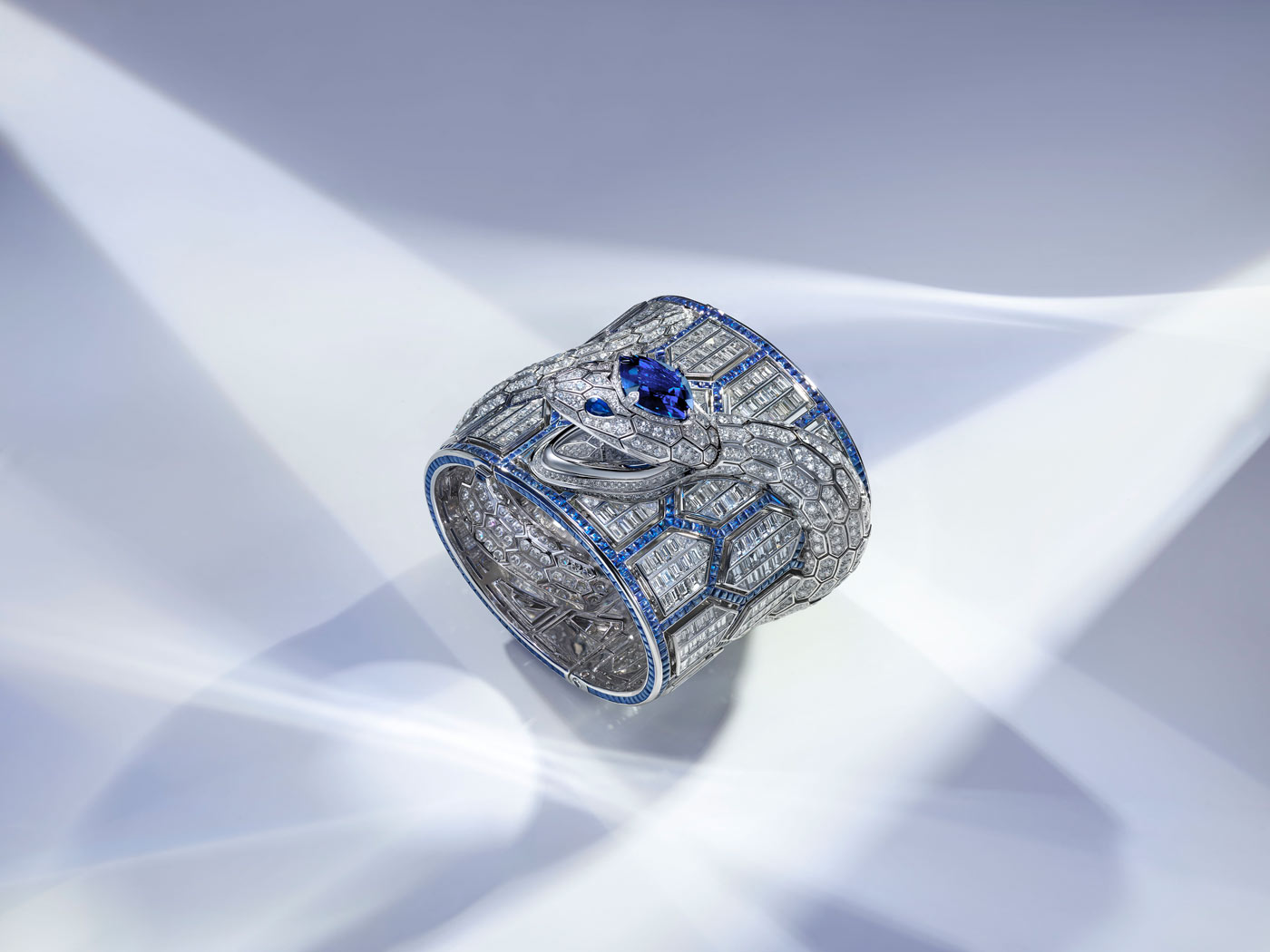 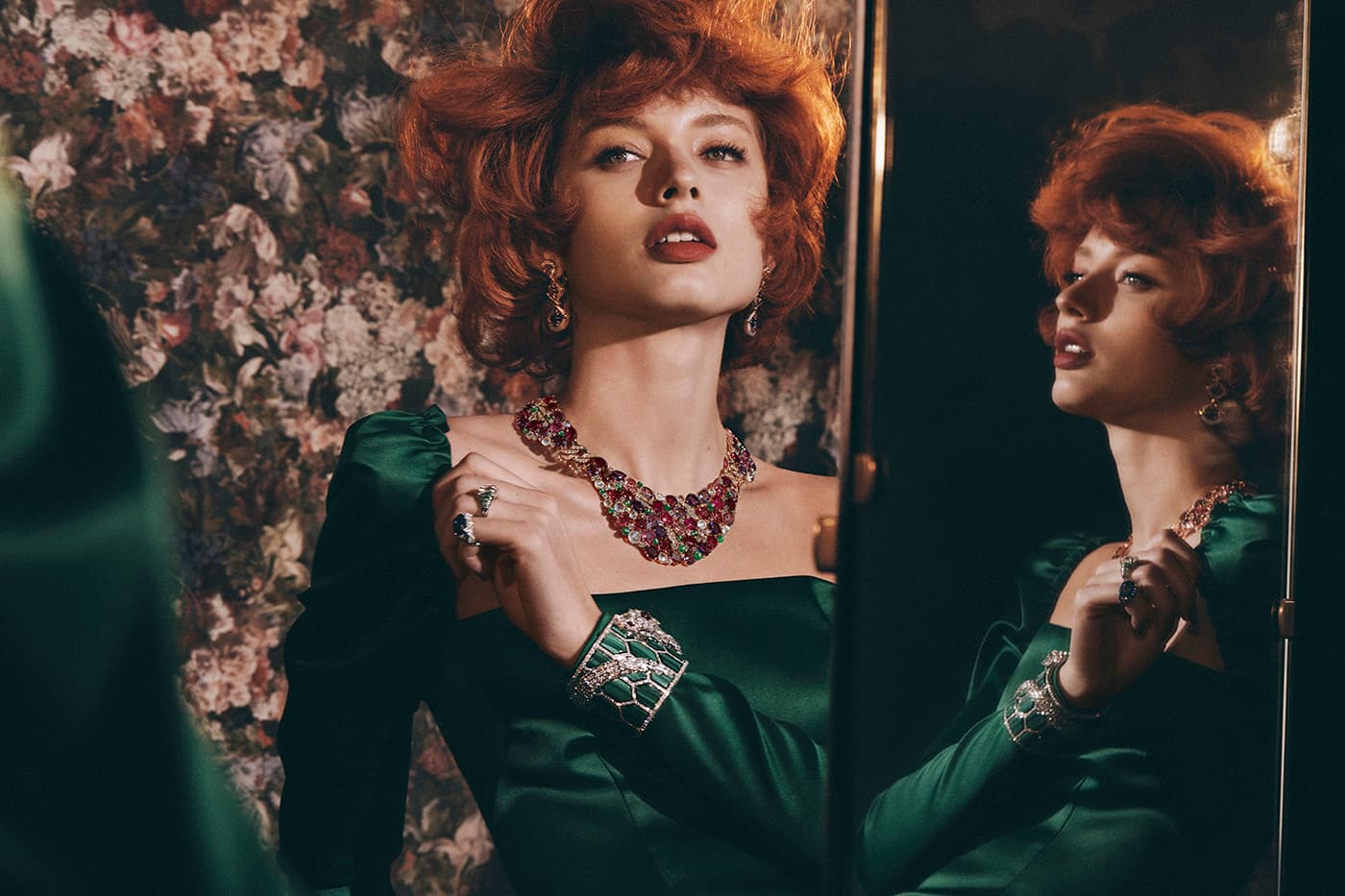 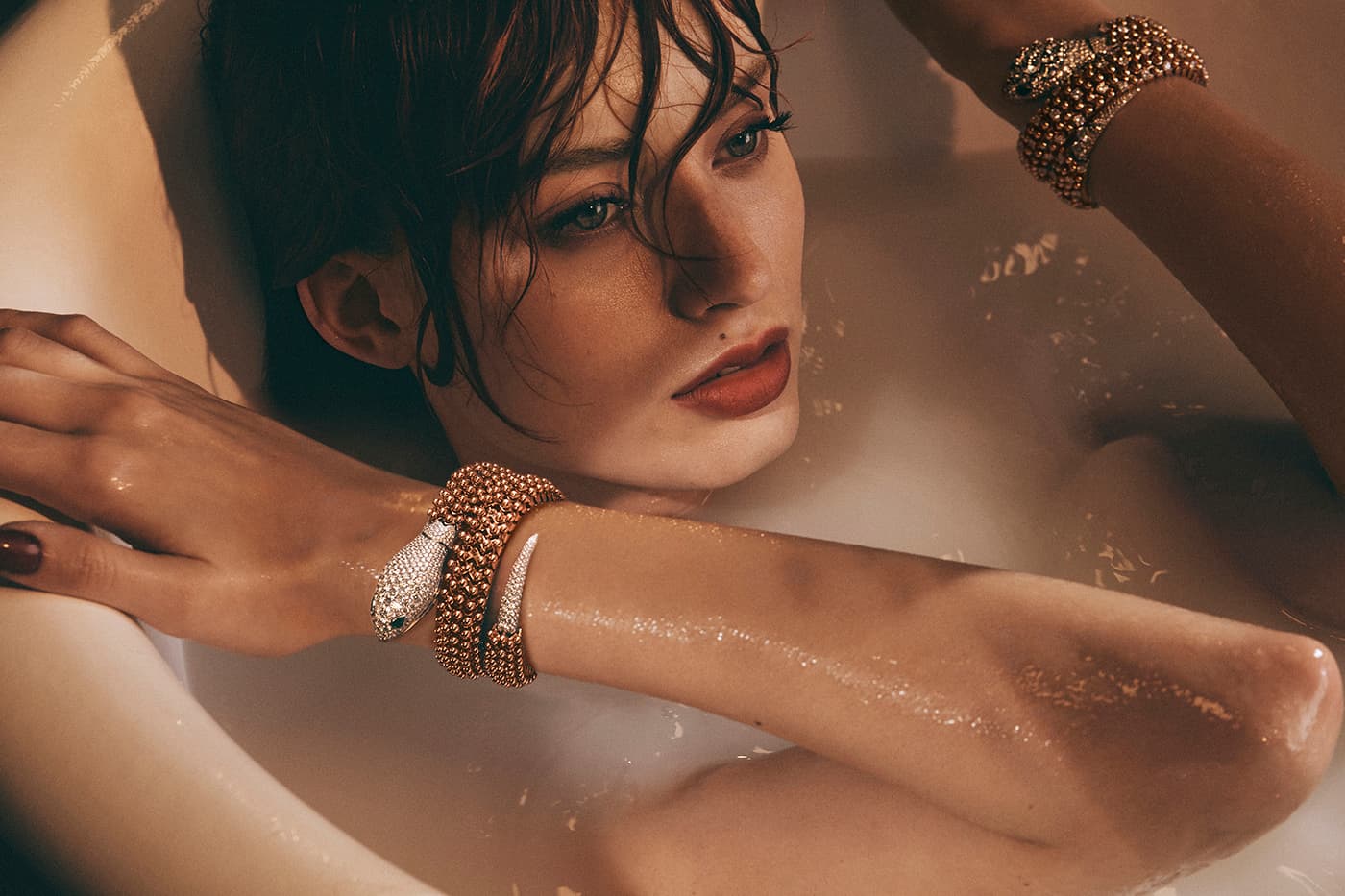 Of course, there are so many more pieces within the plethora of fine jewellery designs in Bvlgari’s ‘Cinemagia’ collection which cannot all be described in one article; but rest assured that each creation is a tribute to the excitement and magic of cinema, viewed through the kaleidoscope of high jewellery.