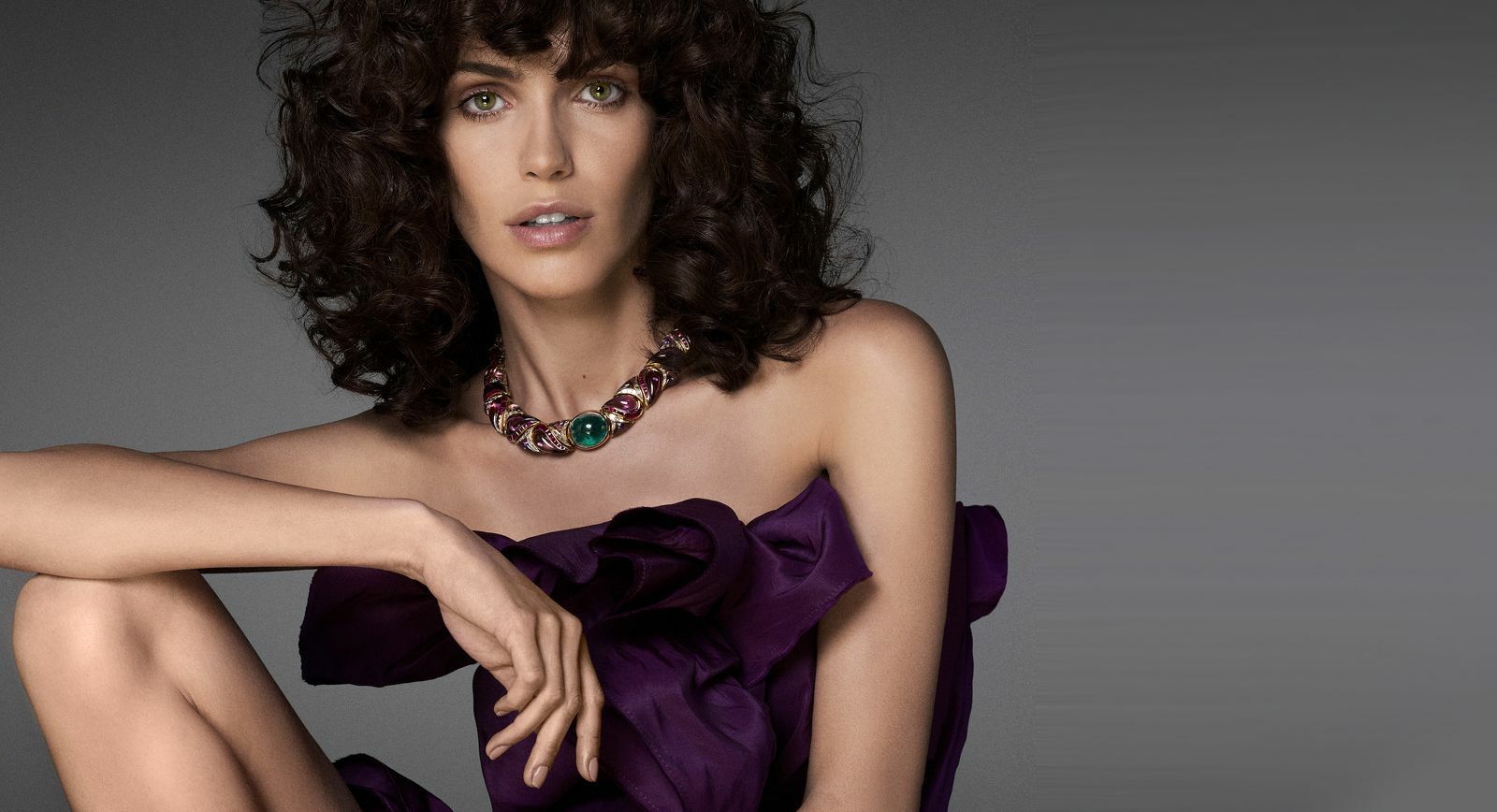 Bvlgari: Italian jeweller's masterpieces are on display in the Kremlin

September 7, 2018 - The Kremlin State Historical and Cultural Museum Reserve in Moscow opened its doors to connoisseurs of high art jewellery for a new retrospective ‘A Tribute to Femininity: Magnificent Roman Jewels’. The exhibition is devoted to the evolution of Bvlgari's style over more than 100 years - a progression which is illustrated by more than 500 works of jewellery created from the end of the 19th century to the 1990s. If you are interested in discovering more on the history of the Roman brand and details of its skilful craftsmanship, read this review.

Sotirio Bulgari’s first boutique opened in 1884 in Rome; initially, his eclectic collection included silverware, antiques and elegant oriental furnishings. It was only in 1915 that Sotirio Bulgari began to focus on high art jewellery. 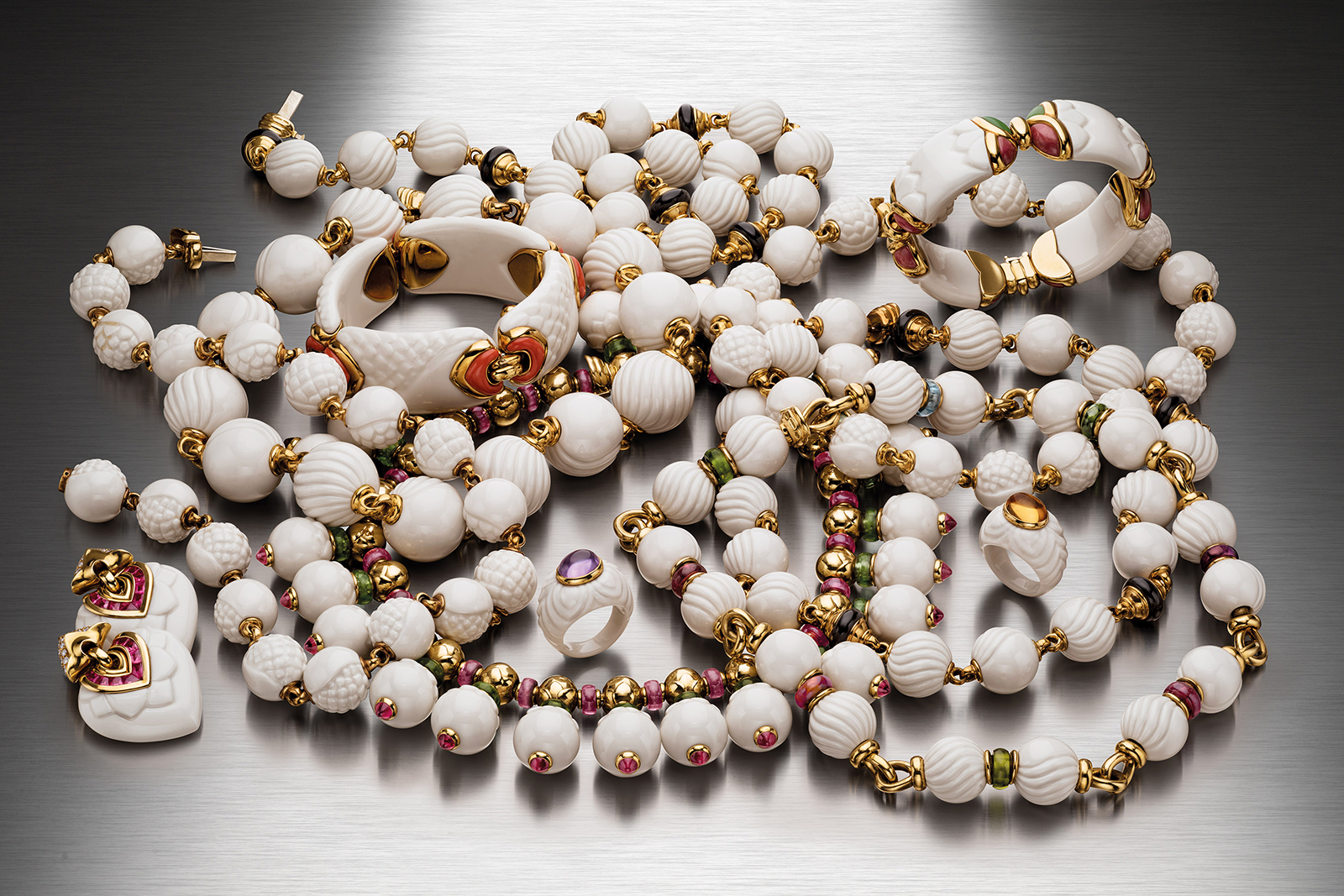 The first jewellery released under the Bvlgari brand combined elements of both the Byzantine and Islamic tradition. Beginning in the 1950s, Bvlgari’s range began to feature work with a polychromatic palette which utilised a variety of gemstones and a cabochon cut – this unexpected new direction in design usurped the monotony of earlier jewellery. By the 1970s, angular shapes, rich colours, oval cabochon elements, gold-set diamonds and gold chains began to dominate the Bvlgari design. In the 80s and 90s, Bvlgari's signature style achieved its final form: gold, precious and semi-precious stones, clear lines, masterful proportions and stylized decorative motifs. With the beginning of the new millennium, the brand’s designers began to cast their eyes back into history, paying tribute to the chrome metals of their own heritage - which could be found preserved in great abundance within their archives. 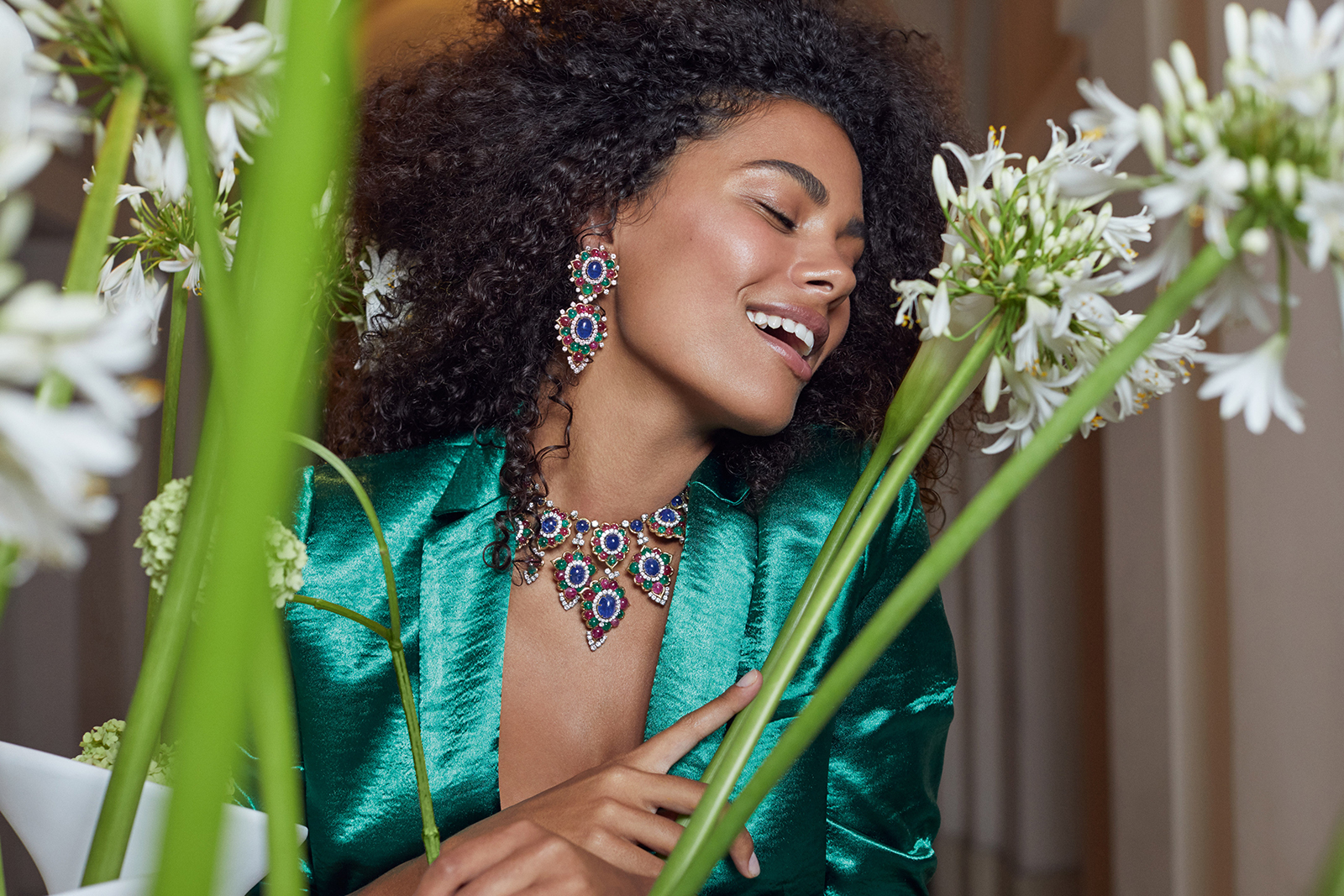 The work presented in the Kremlin will cover the entire, multi-faceted history of Bvlgari. The deeply impressive collection includes items that have never been exhibited before; such as an amazing tiara from the 1930s which features a unique pattern of diamonds and aquamarines, and was worn by Infanta Beatrice of Spain on her wedding day. To emphasize the vibrant originality of Bvlgari’s jewellery, the exhibition shall be accompanied by the work of master photographers of the last several decades, all of whom have captured in images the charm of women in their endless diversity. The first female name that is inextricably tied to the Bvlgari brand is – of course – Elizabeth Taylor! 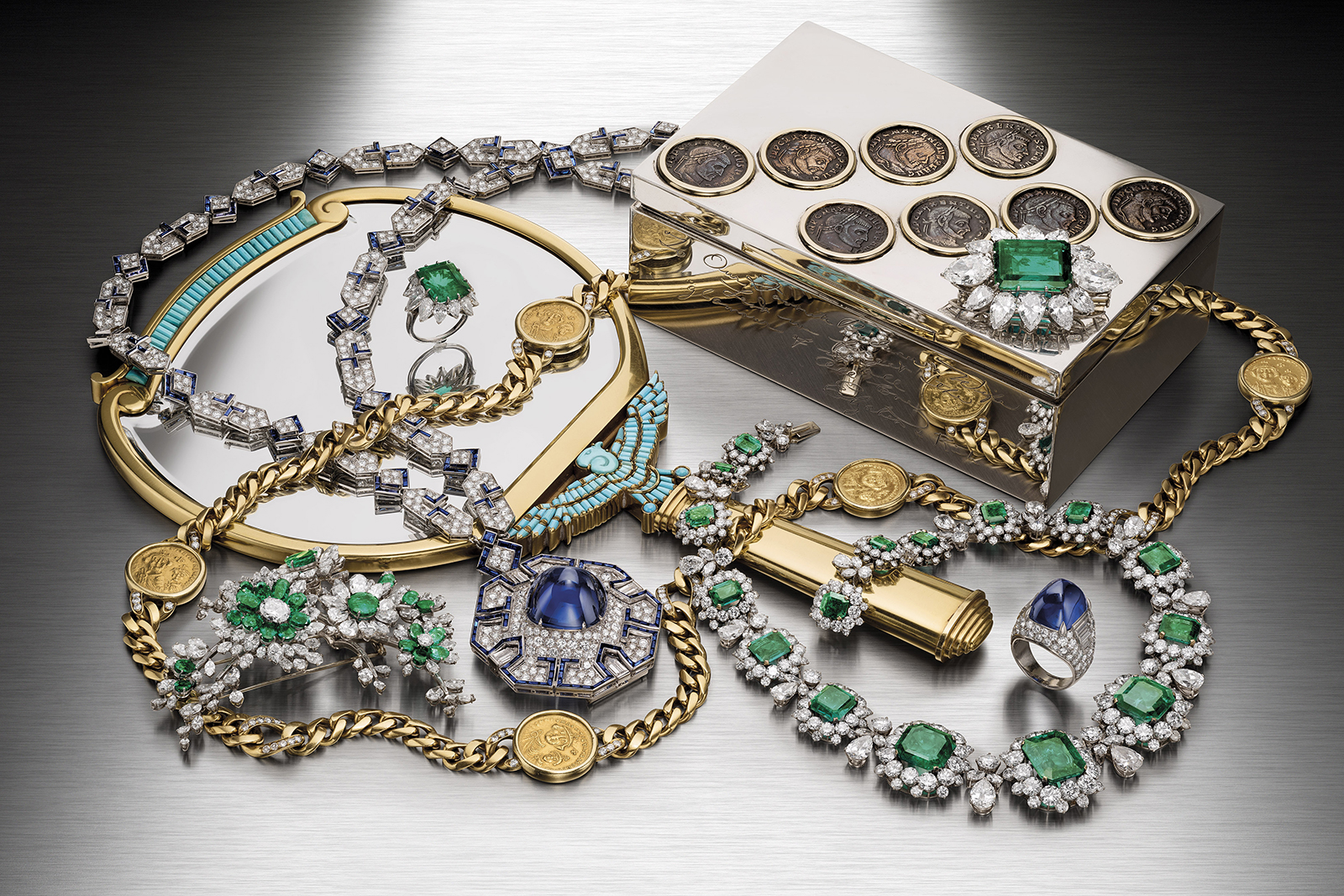 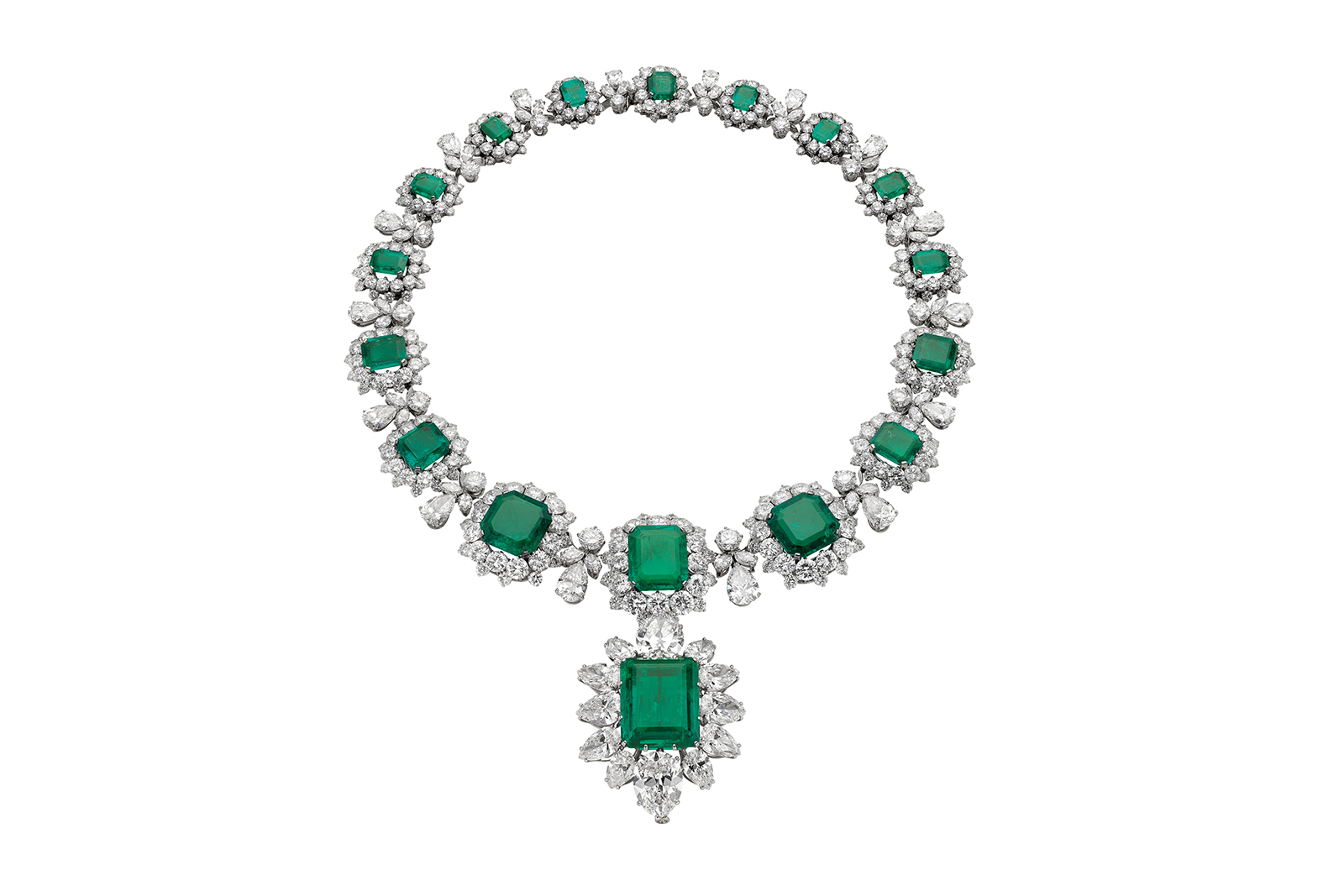 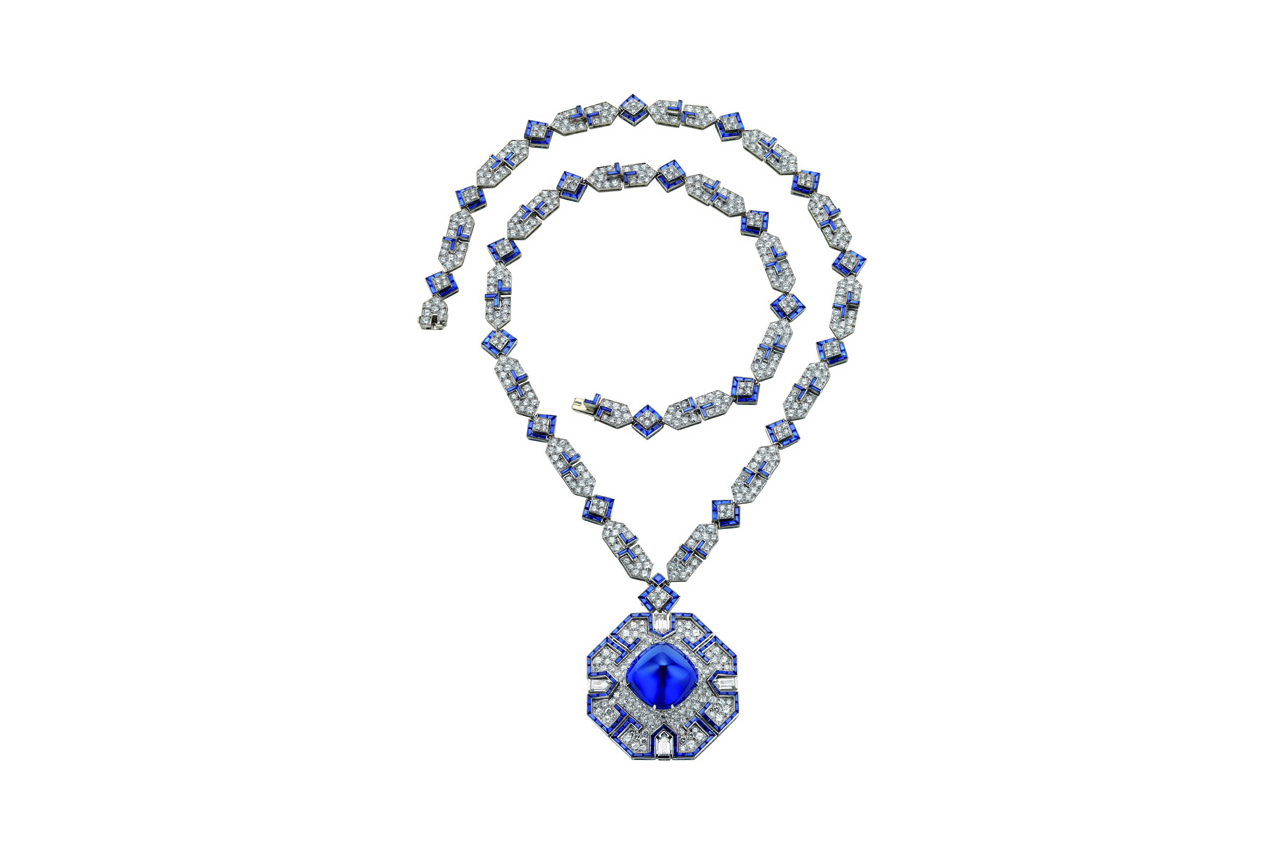 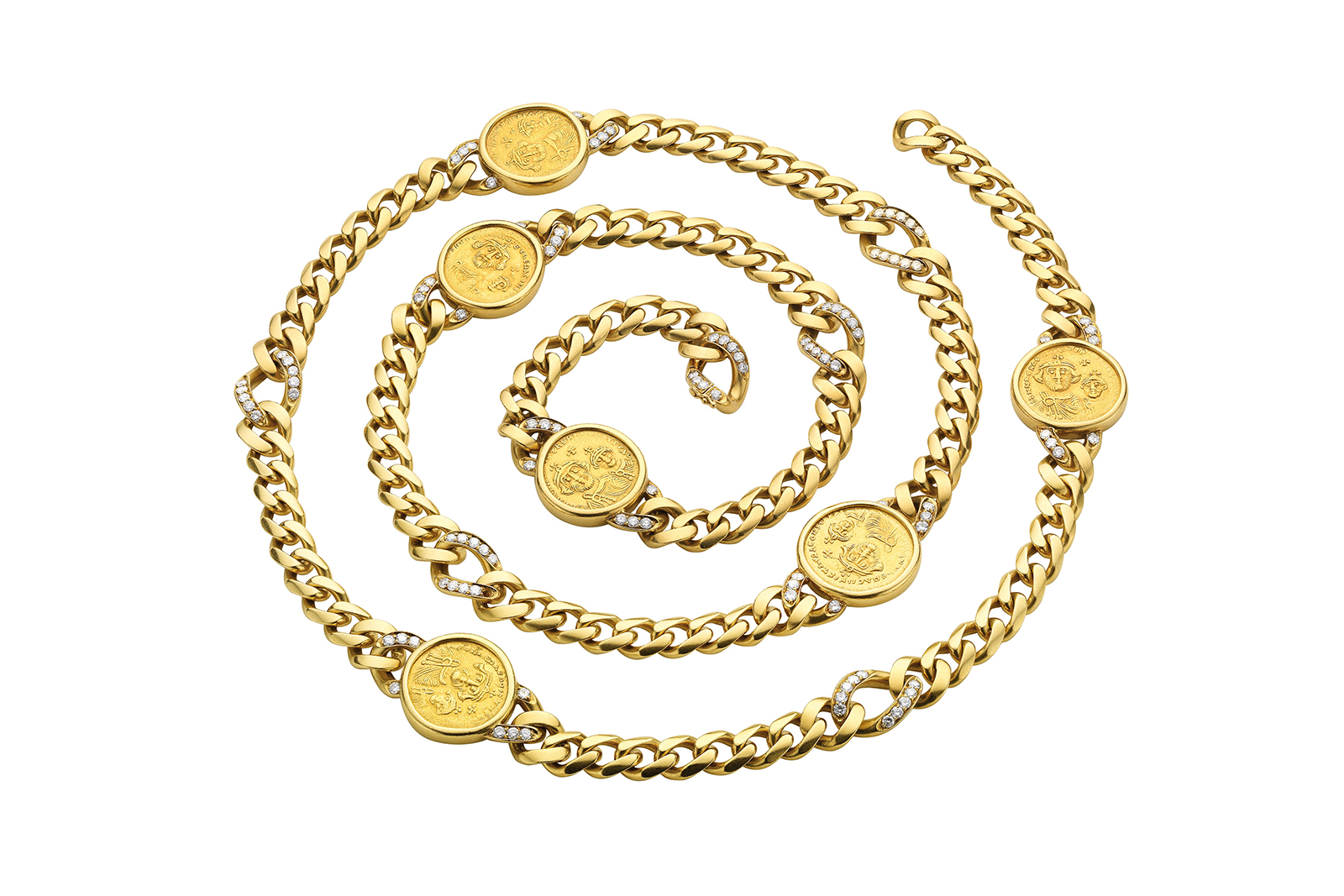 Jewels belonging to this Hollywood great – all of which testify to her refined taste – will be presented to visitors. Taylor’s collection will include a complete set of Bvlgari Heritage jewellery, an incredibly beautiful necklace featuring 17 Colombian emeralds and a sautoir with a bewitching cone-shaped sapphire weighing over 60 carats. Jewellery from the collection of Italian actress Anna Magnani will also be presented; including a Trombino ring with a sparkling diamond weighing over 25 carats, as well as platinum earrings with emerald pendants that belonged to Jean Lollobrigida. 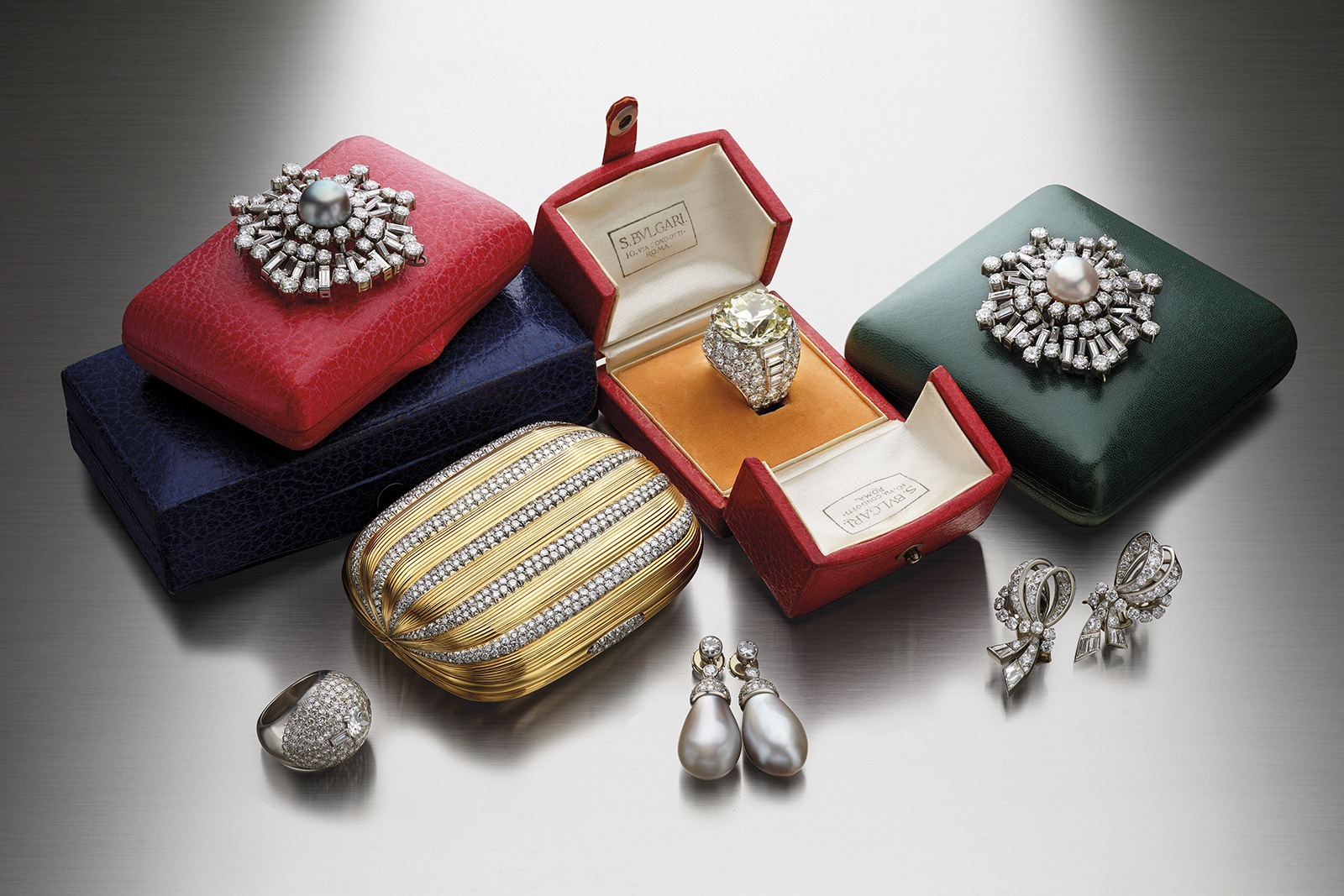 During the exhibition there will also be an abundance of jewellery featuring the cabochon gemstones that embody the cheerful character of the Italian jewellery house. The pieces emphasise the spirit of fun which Bvlgari holds dear, and will allude to the pop art and exotic trends of the 70s: showcasing such designs as playing cards, elephants, pharaohs and artistic 'optical' jewellery – ideal for women who love to be the centre of attention. 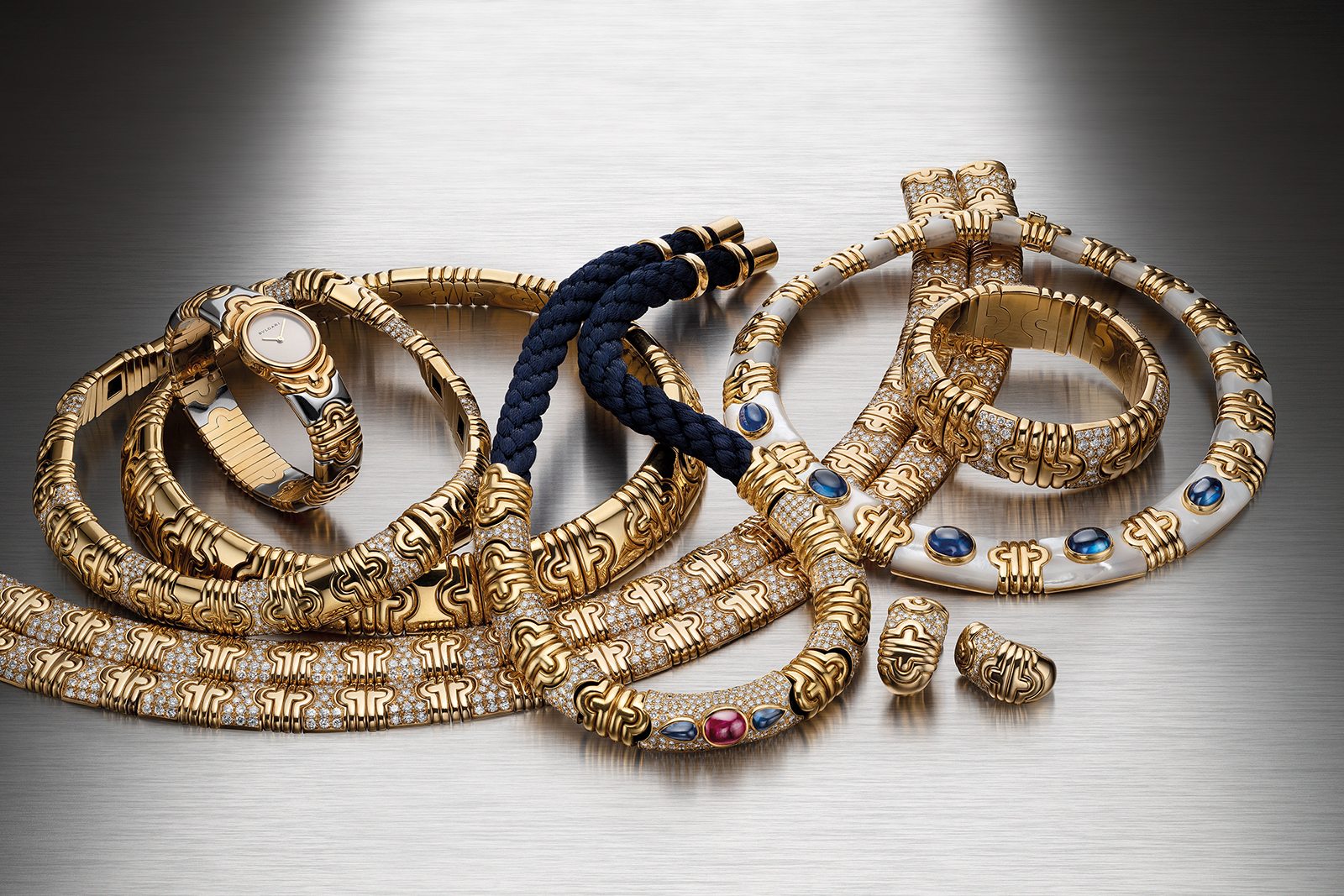 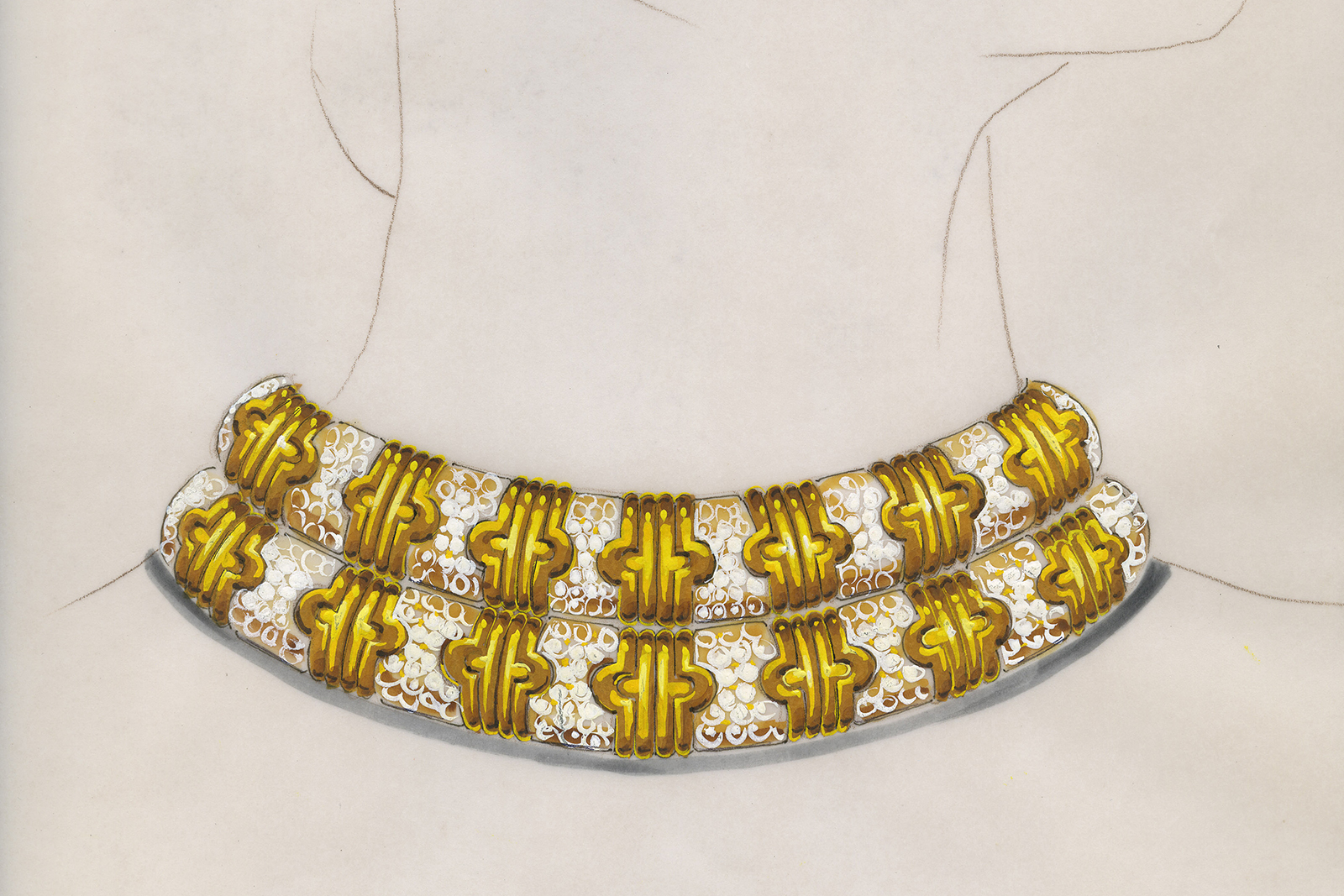 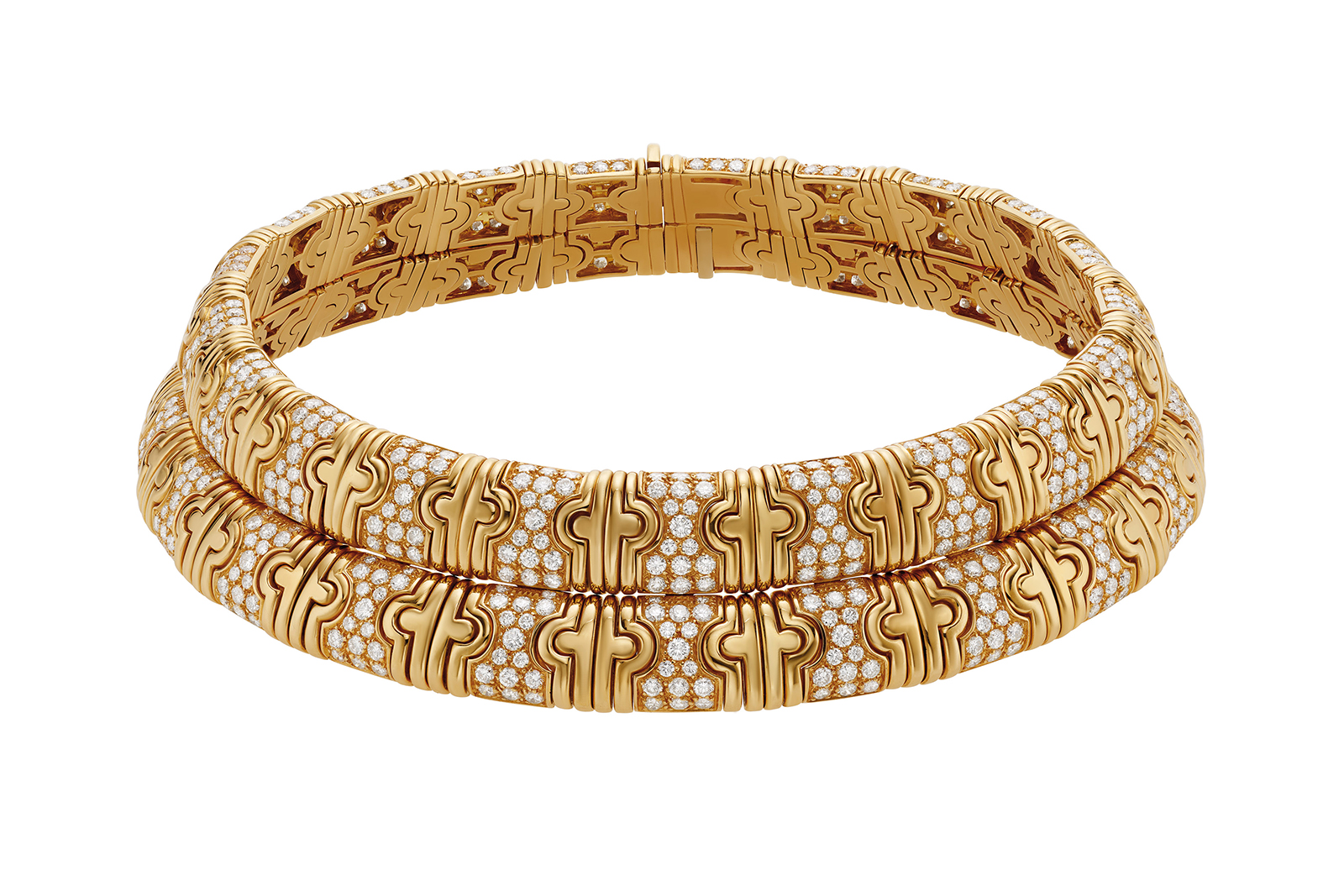 An entire section of the exhibition shall be devoted to the legendary motifs and innovative techniques of Bvlgari. Parentesi – the first collection of modular Bvlgari jewellery – demonstrated the ability of the jewellery house to fashion a single spectacular element that could be repeated a multitude of times using different materials. Flexible Tubogas ribbons turned out to be just as applicable: gold and steel modules marked the beginning of a series of bold experiments with materials that led to the creation of truly revolutionary jewellery in which precious stones and gold elements were attached by removable silk cords. This brilliant decision allowed women to adapt their own jewellery to match their personal style. The same talent in anticipating future trends led to the release in 1970 of the Bvlgari watch - which became the first portent of the logo-mania that would dominate the fashion industry throughout the 1990s. 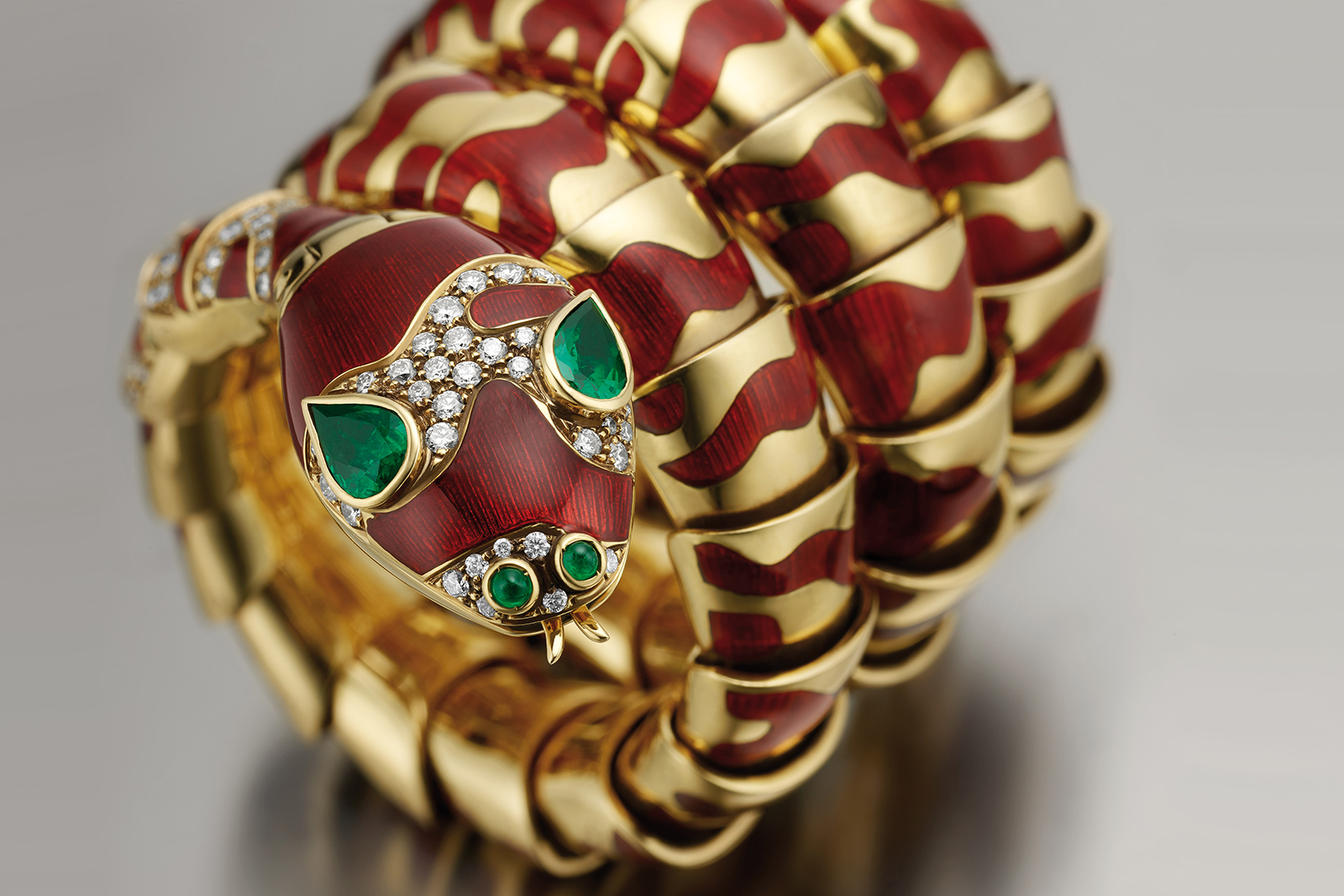 Bvlgari’s triumphant return to their Roman roots and respect for heritage are embodied in their avant-garde lines using ancient coins. And, finally, the bright kaleidoscope of waved lines from the Serpenti collection - which includes work from more than four decades - confirms the constant evolution of the jewellery house: true to its roots, but always looking to the future and ultimately a perennially reliable companion for a woman who wants to be herself under any circumstances. 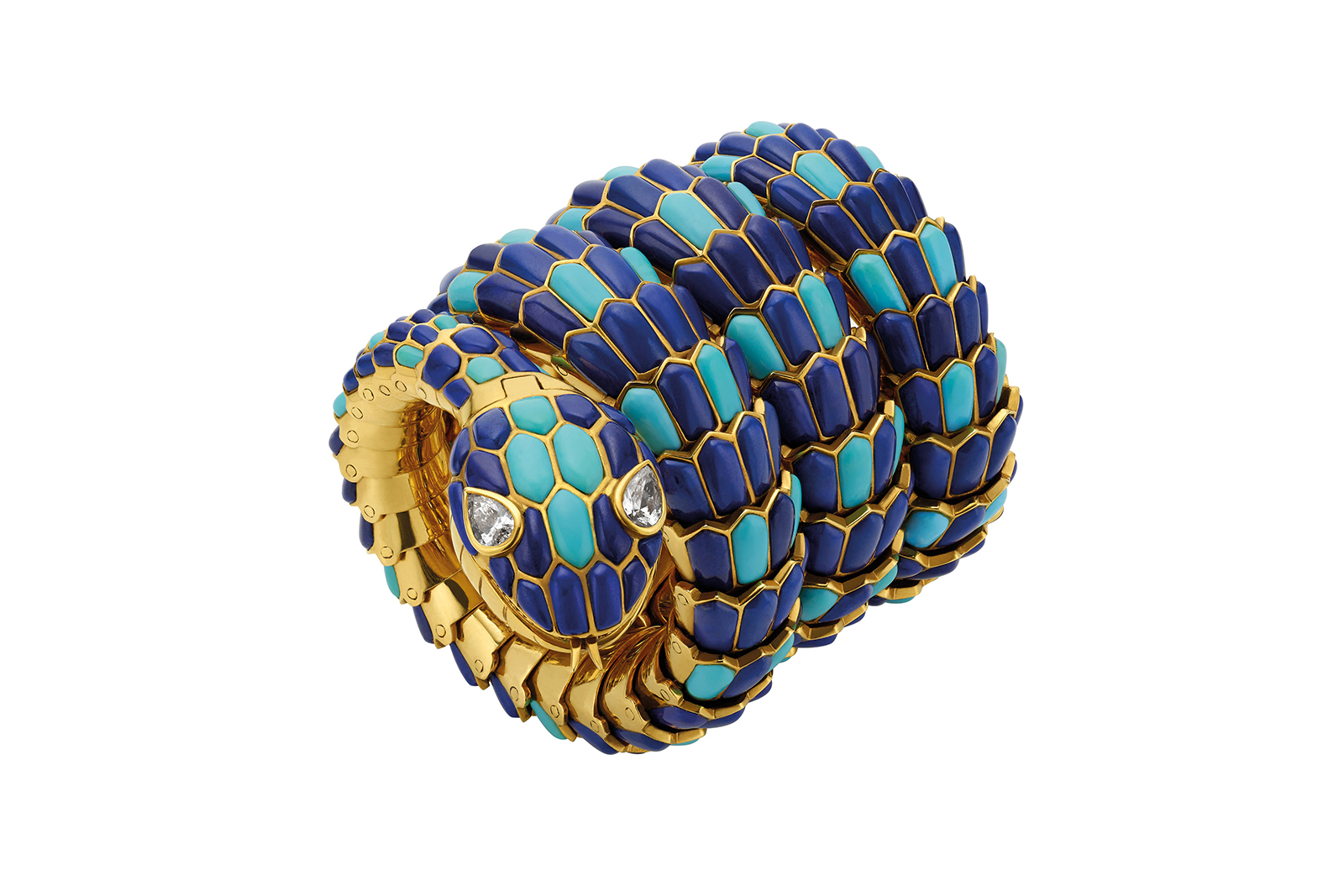 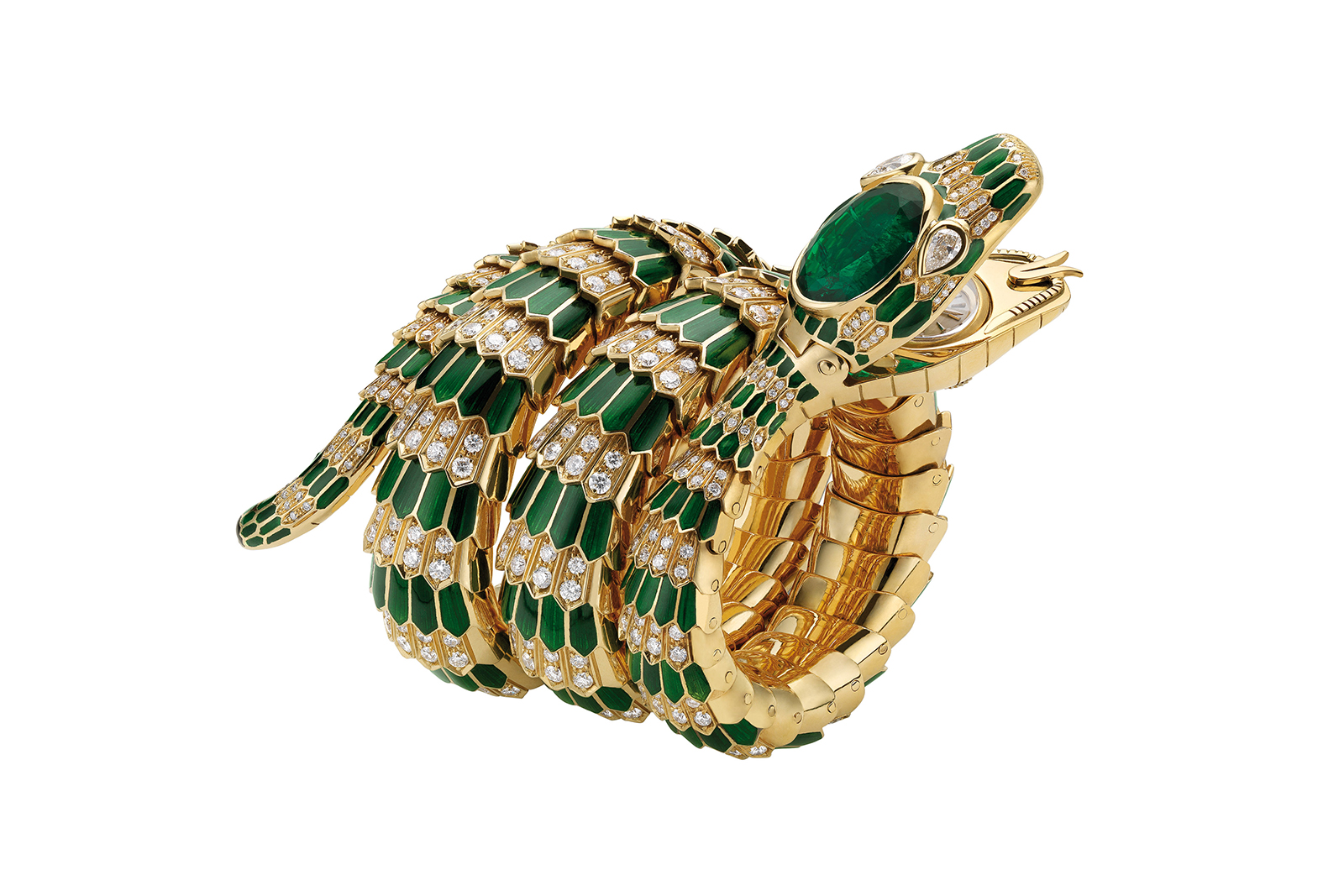 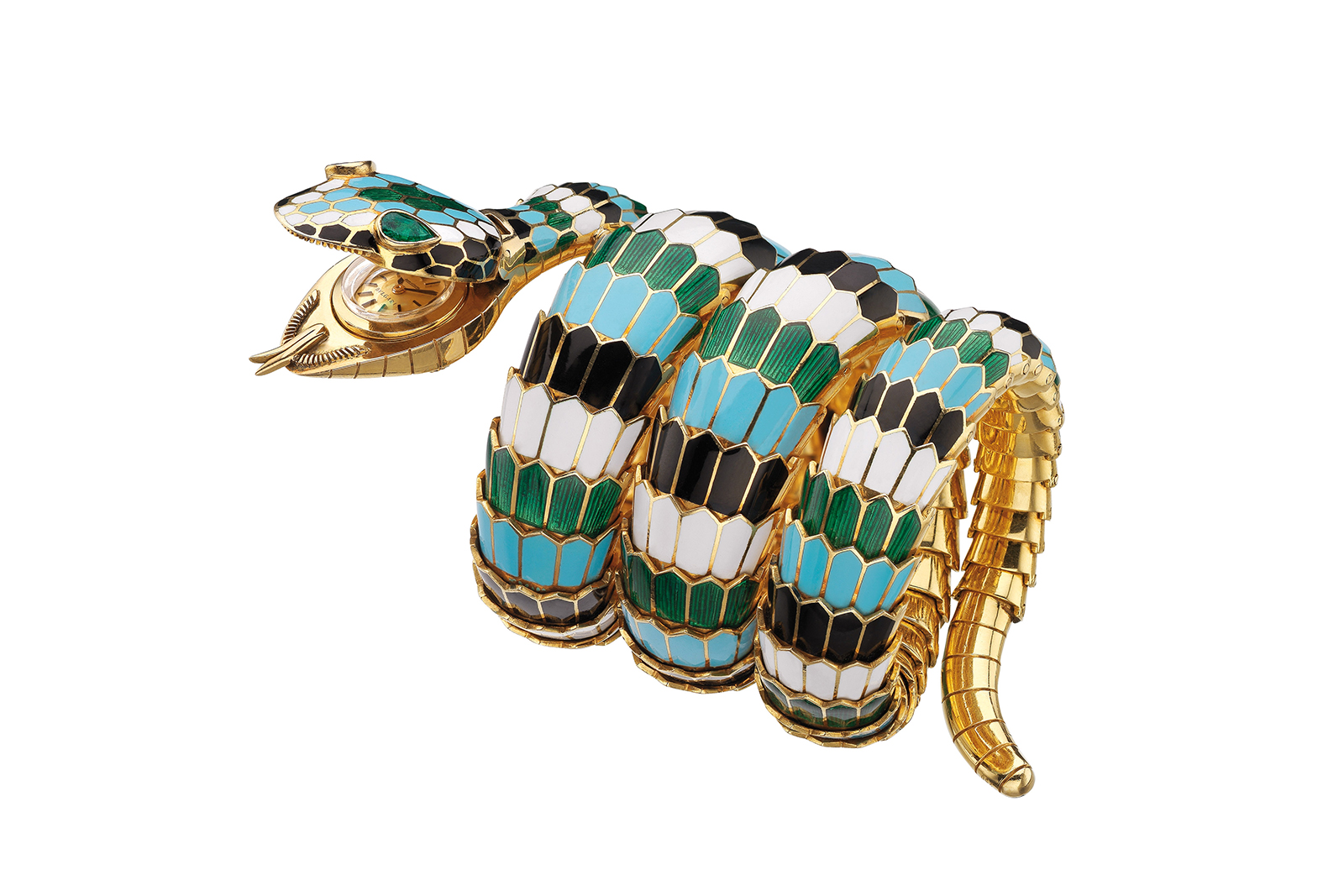 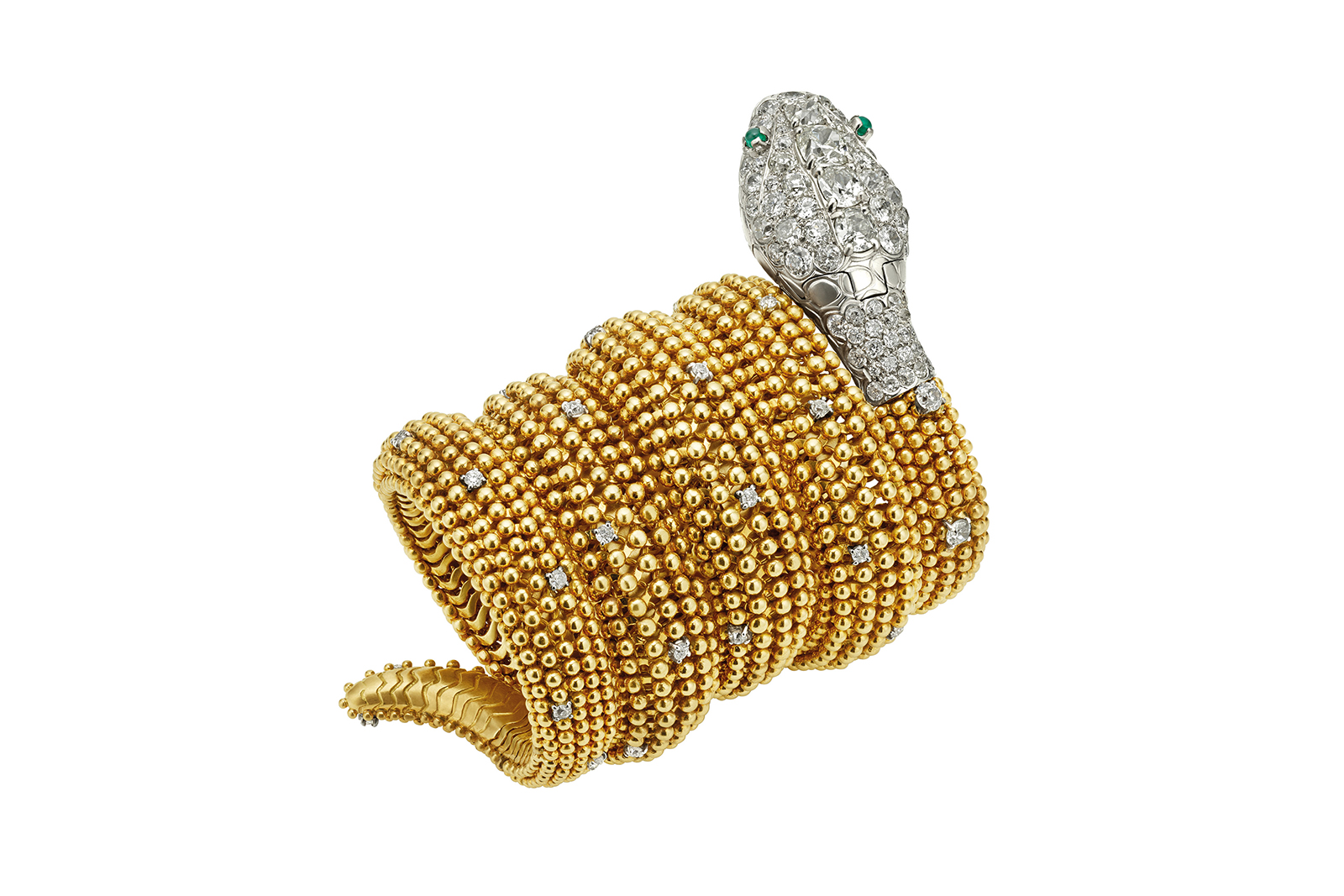 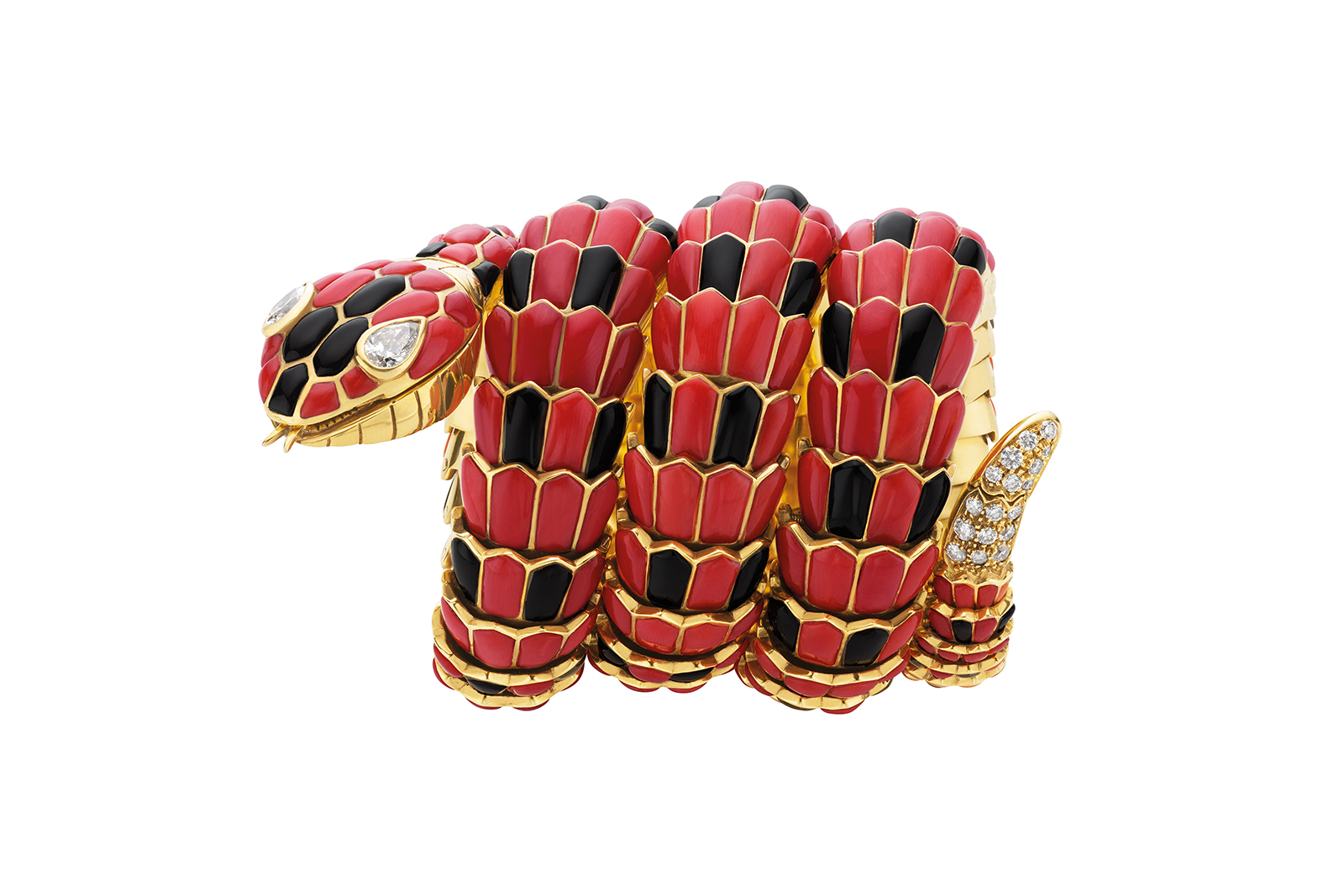 The exhibition ‘Tribute to Femininity: Magnificent Roman Jewels’ will be open until January 13, 2019.