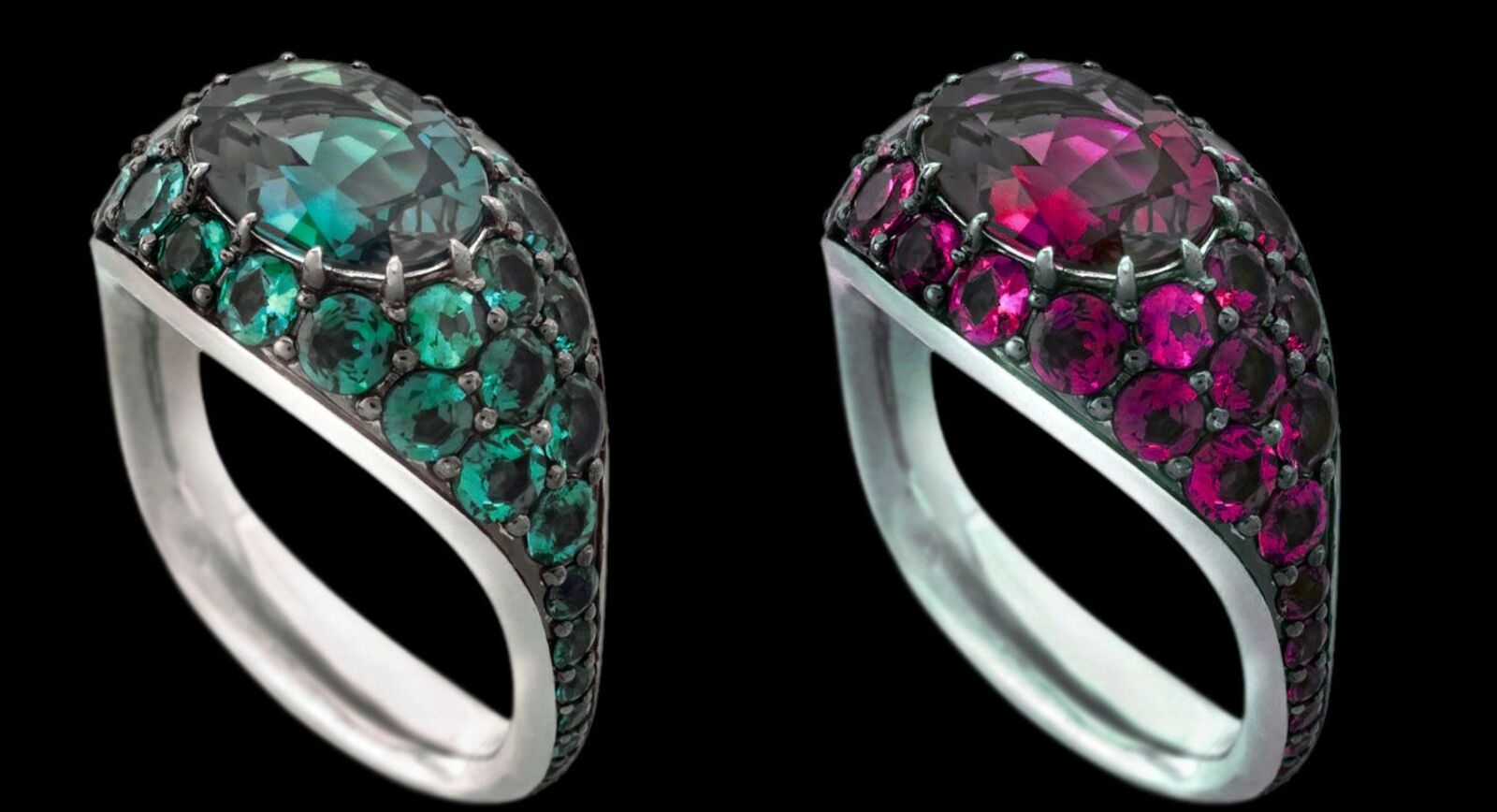 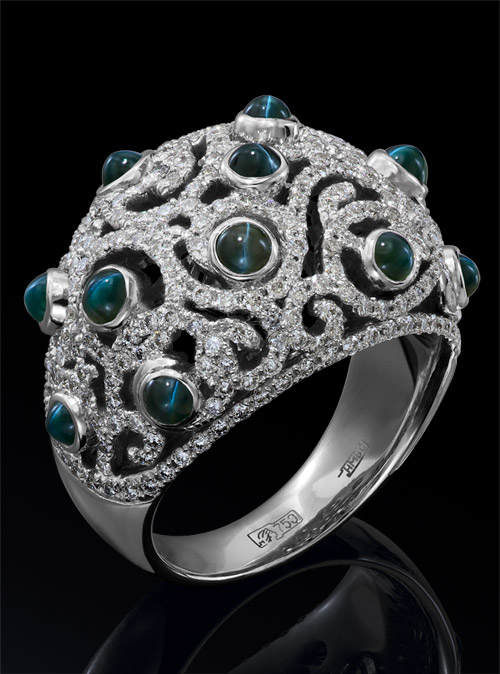 I think it is time to continue the theme of collector’s stones, which I began with black opal and tanzanite, let’s talk about the June birthstone alexandrite.

It is a precious coloured gemstone, a chameleon that changes its colour depending on the light source. You can see with the naked eye how, after being emerald green in daylight, alexandrite turns crimson red in artificial light. This occurs due to its selective absorption of light: in sunlight, its green and blue tones are more apparent, but in artificial dim light it is rich with red hues. Decorated with chrome and iron, alexandrite looks particularly intense soaked with rays of red and green light.

Writing about alexandrite, the Russian author N.S. Leskov wrote: “It embodies the green morning and the bloody red evening… It is the fate, the fate of the noble Tsar Alexander!” Having received its name on the day when the Russian ruler reached his lawful age on 17th April 1834, the gemstone in a way foretold the destiny of Alexander II, who died of blood loss after being injured by a terrorist bomb attack.

There are a lot of legends surrounding alexandrite due to its unusual ability to change colour. In Europe, for example, it has become a symbol of both love and jealousy but in Sri Lanka it is considered to be a stone that signifies longevity and prosperity. It is also thought that alexandrite can help you adapt to a new environment, understand unusual ways of life and find a common language with whoever you like. This is why alexandrite is the stone of travellers.

Since the 19th century, right up to the present day, this “chameleon” gemstone has been valued most for its remarkable rarity. When valuing the quality of this stone, collectors and jewellers look above all else at the way it changes colour. The most thought-after stones change from a reddish magenta to a dark verdant blue without a hint of brown. The more intense the colour, the more valuable the stone but the clarity and quality of the cut are also factors which are by no means insignificant. 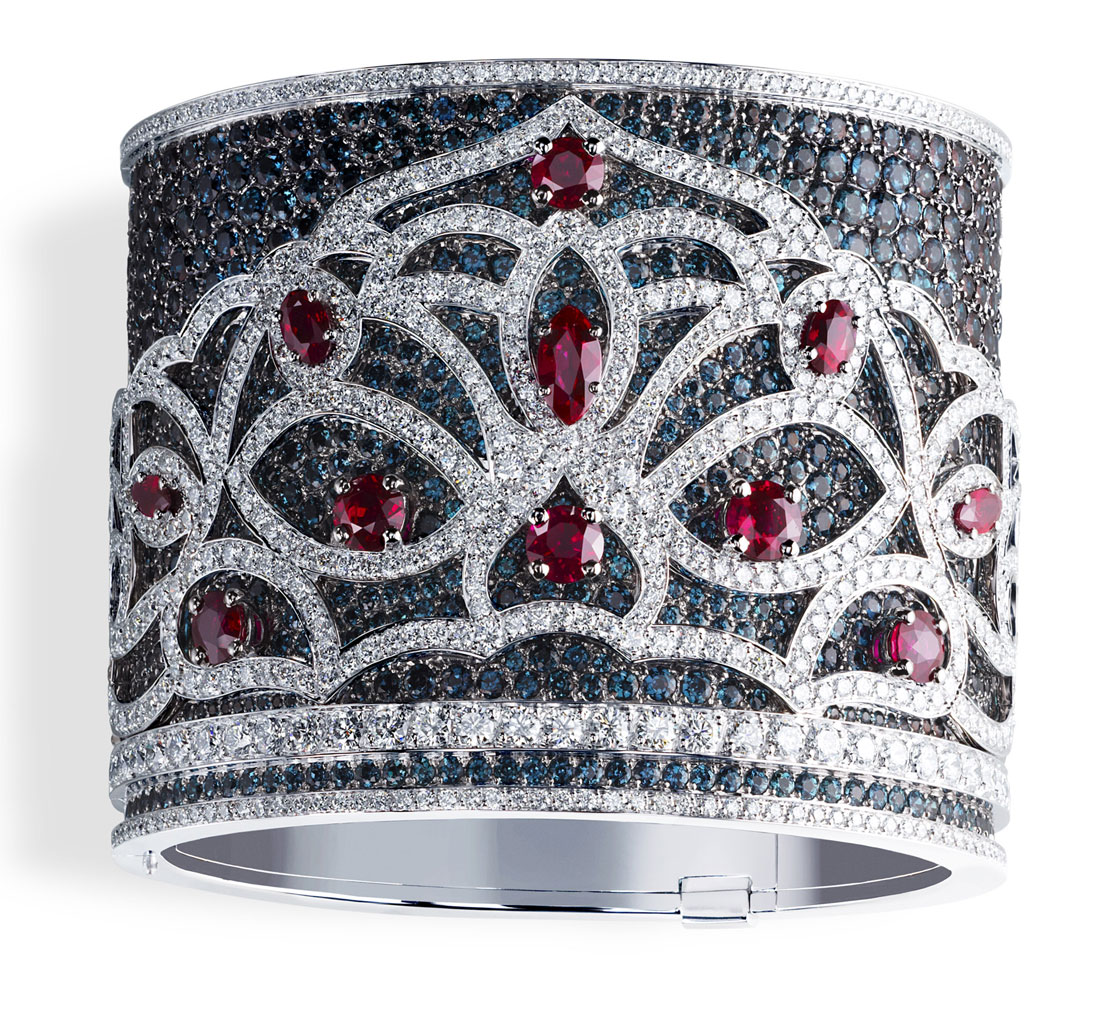 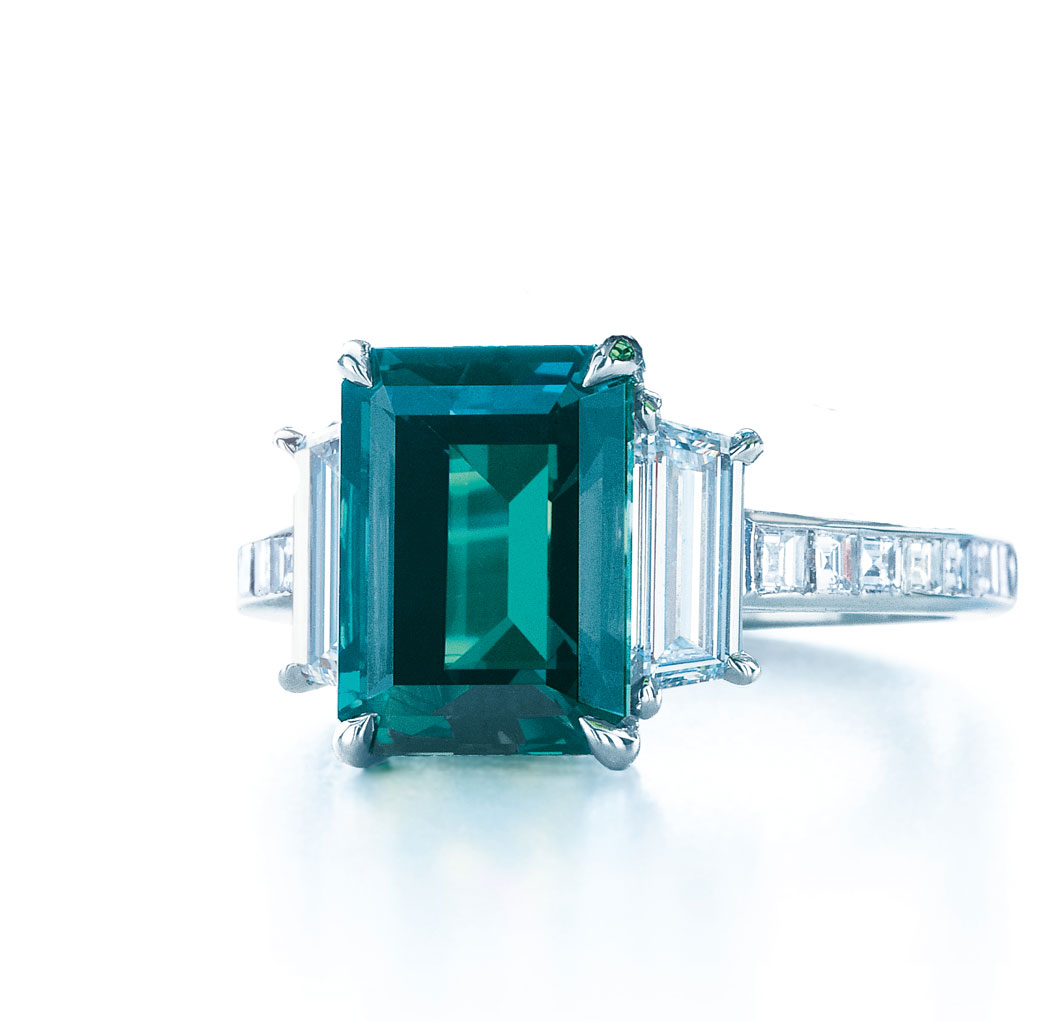 Unfortunately, natural alexandrites of a high quality are not often found in jewellery pieces as they end up in the hands of gemstone collectors rather quickly. There are a variety of imitations such as synthetic corundum or spinel rubies with alexandrite-like properties. There are even synthetic forms of alexandrite itself. These are often more “clean” than natural forms of the stone and change colour from a reddish violet under artificial light to a blue violet in the sunlight.

Now that we have covered the colour, we must not forget about other important factors such as the size of the stone. The largest faceted alexandrite of the 21st century weighs 66 carats and belongs to the Smithsonian Institute in Washington. Alexandrite crystals are usually quite small in size; faceted stones hardly ever reach the 1 carat bracket.

For this reason, alexandrite gems larger than 1 carat are priced and valued more highly than rubies, sapphires and emeralds. Even synthetic alexandrite is worth no less than $500 for per carat. So if you find that your grandmother happens to have a jewellery piece with gems that resemble alexandrite, take the stones to be checked in a laboratory. It could be that you’ve made something of a find with a value equal to many thousands of dollars. KP 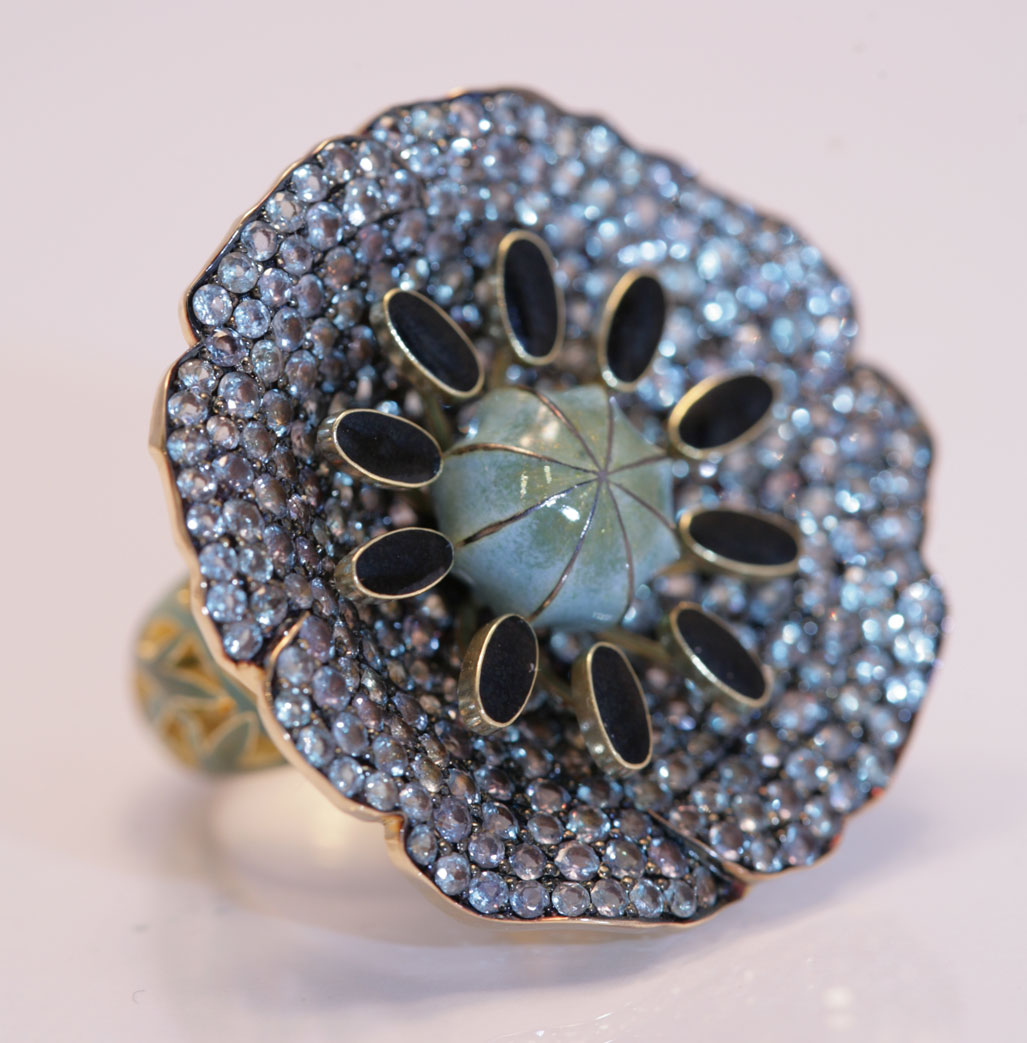