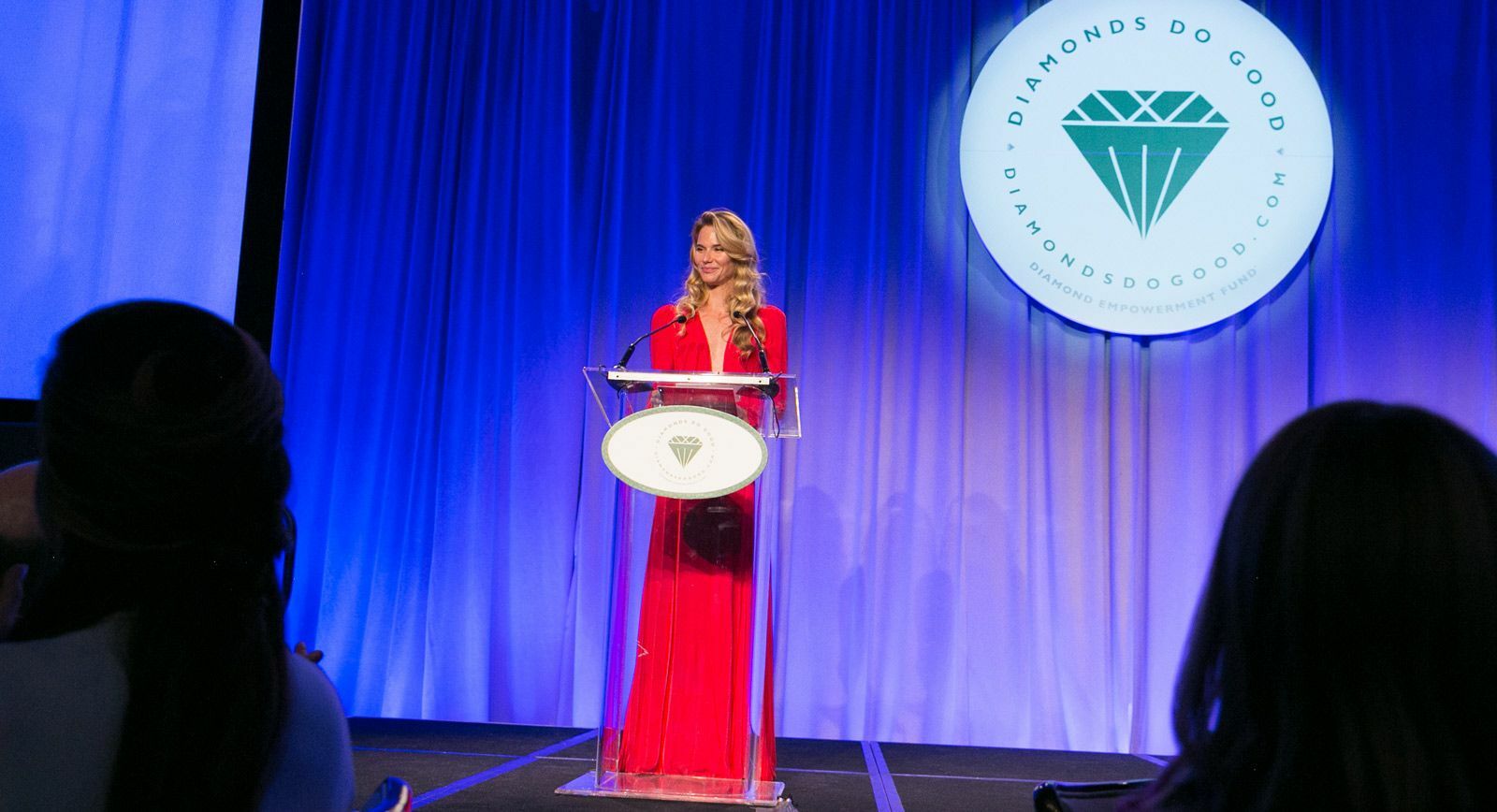 Diamonds Do Good: how diamonds improve the lives of hundreds of thousands of people

I would go so far as to say that diamonds are the most sought after stones in the world. However, they serve as more than just means of self-adornment or savvy investments. They provide the means for education, economic sustainability, and healthcare for thousands of diamond communities around the world.

On 4 June, as part of the JCK jewellery exhibition, the non-profit Diamond Empowerment Fund (D.E.F), which is supported by the International Diamond Industry, hosted the Diamonds Do Good awards ceremony and a charity dinner for industry leaders and influencers. More than 450 guests flew to Las Vegas from China, Russia, France, Belgium, South Africa, Kenya, Uganda, the United Kingdom, Canada and elsewhere. Over the course of the gala, more than 1 million dollars was raised to help pay for scholarships and provide assistance to young people from diamond communities around the world who wish to receive a higher education and improve not only their quality of life, but the quality of life for their community.

“This gala, more than any event, reveals the consistent passion and love of the diamond industry to help improve the quality of life of millions of people internationally,” stressed Dr Benjamin Chavis, the co-founder of D.E.F. 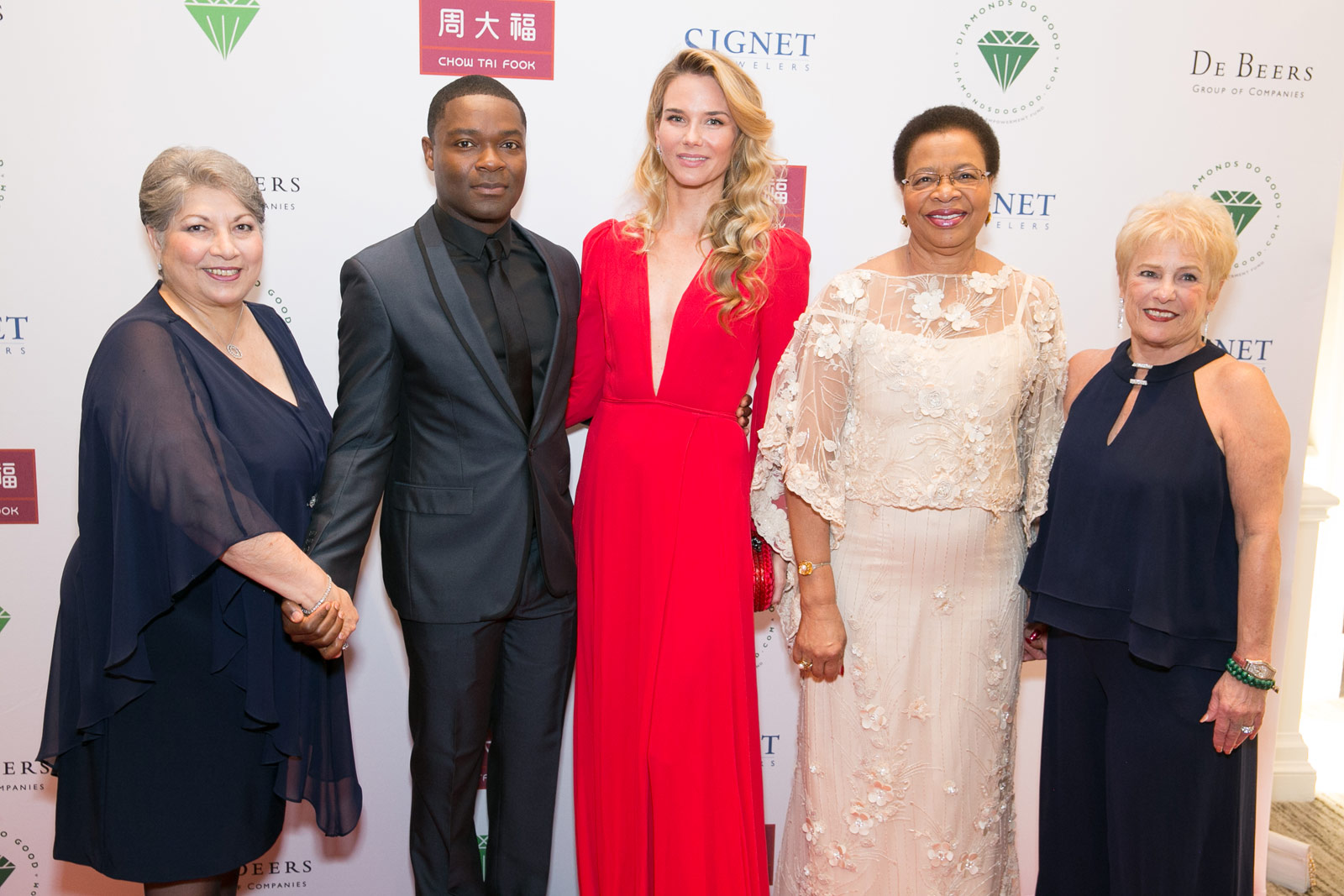 It is true to say that, throughout the lifespan of Diamonds Do Good as a platform that promotes the positive aspects of the diamond industry, quite a few inspiring stories have been accumulated over the years. One of these, as an example, tells of the children from the Lagundi diamond mining community in Congo, who (thanks to the support of the community) could go to the temporary Brilliant Mobile School. Whilst their parents worked at the mines, the children received an education and the simultaneous opportunity to build a brighter future for themselves.

In Siberia, in the town of Mirny, the Russian diamond mining company ALROSA has built an eponymous sports and culture complex for the children of its workers, as well as several schools. The Chinese jewellery giant Chow Tai Fook, meanwhile, has joined forces with UNICEF to provide essential support and welfare to women and children in rural China. These three stories are just a handful of examples of many described on the diamondsdogood.com website. 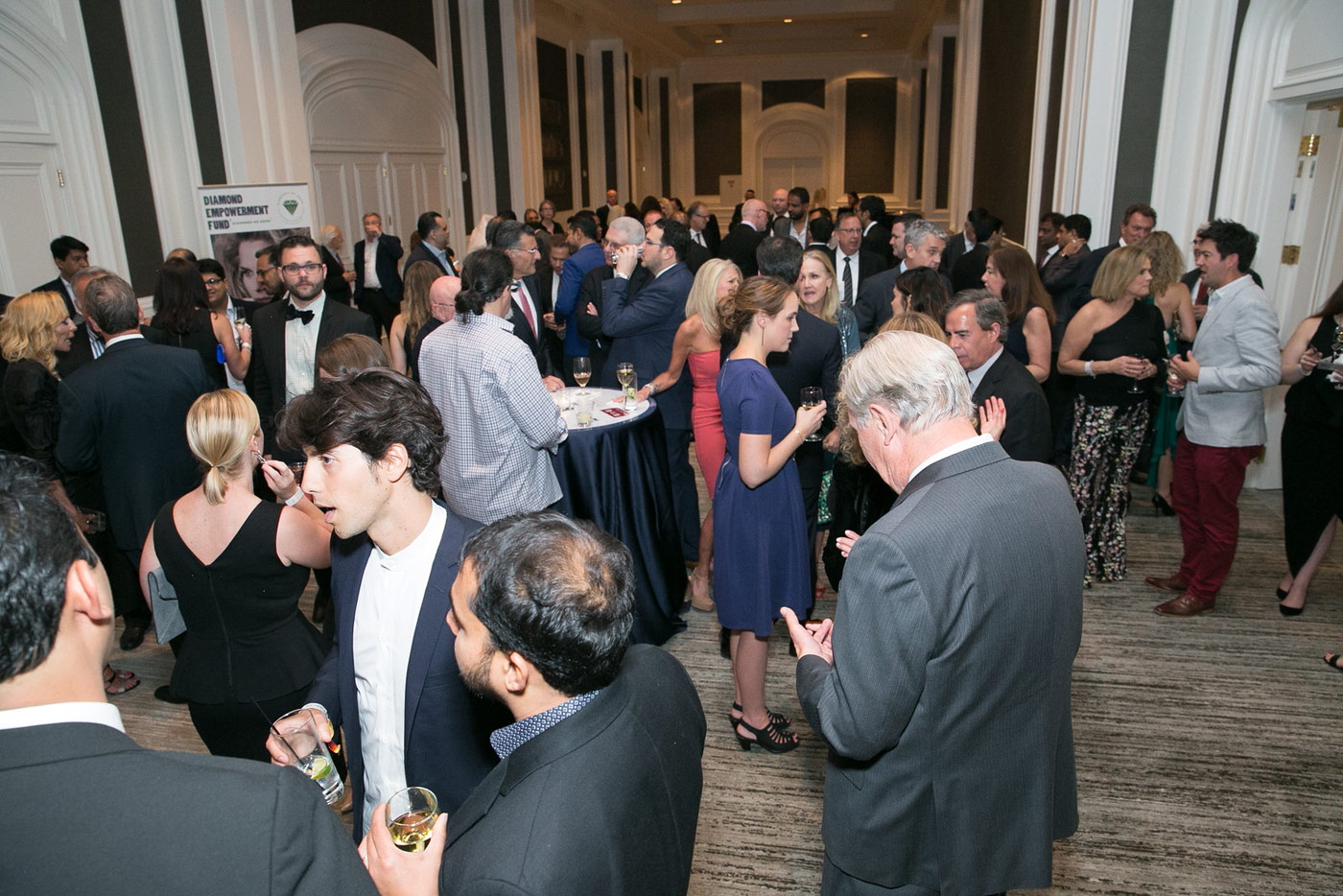 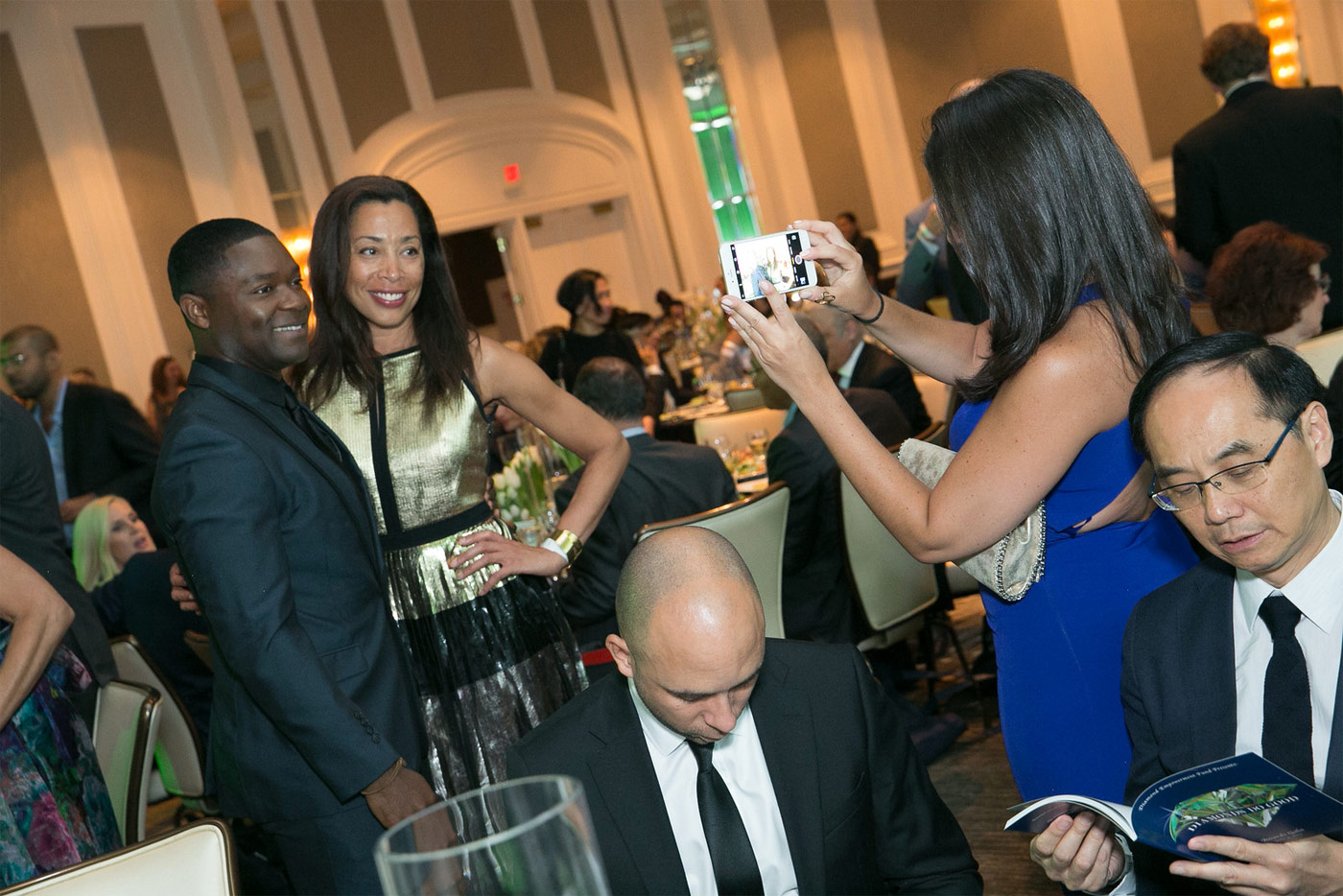 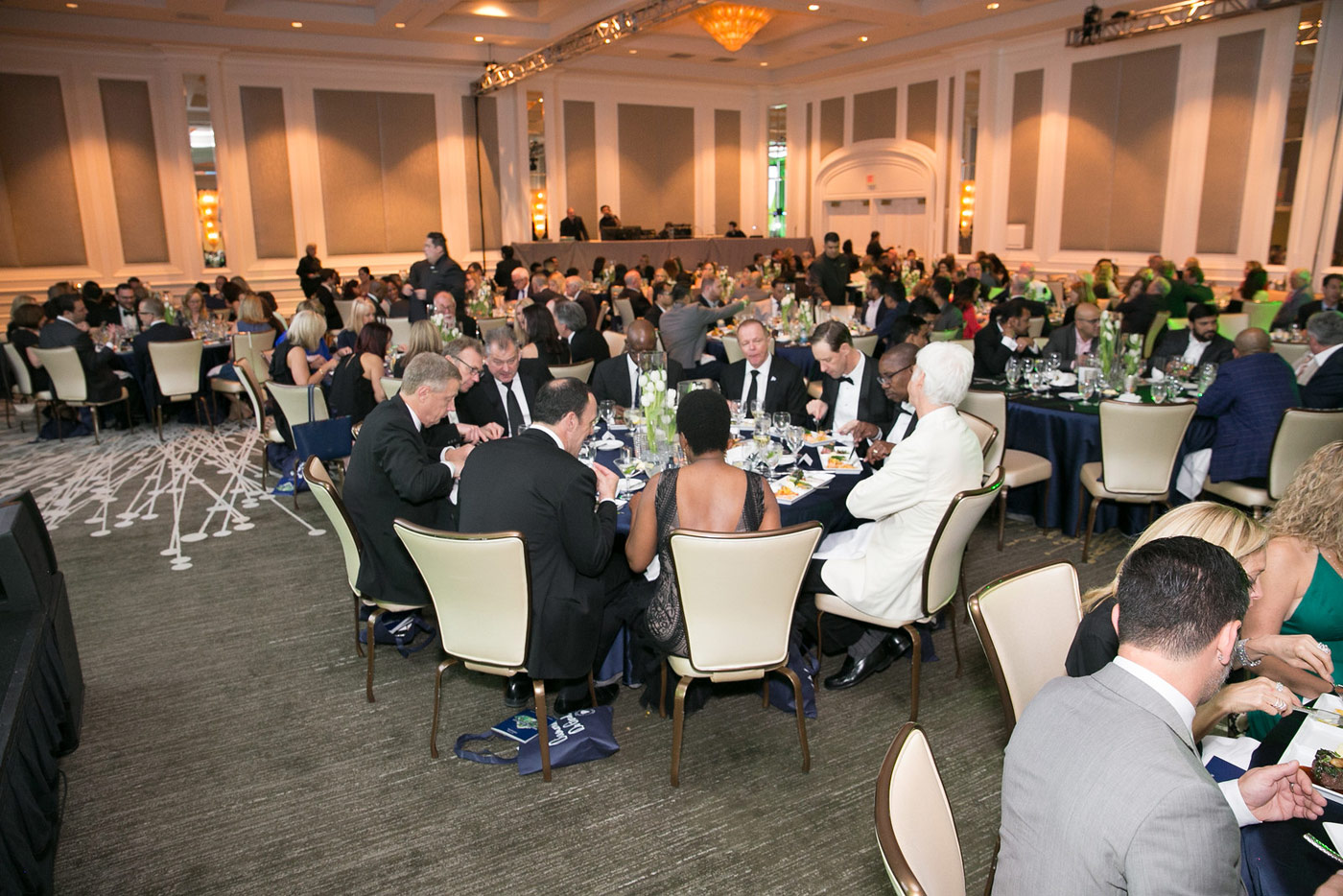 The Diamonds Empowerment Fund had very interesting beginnings. As long ago as 2006, the South African president himself, Nelson Mandela, inspired D.E.F.’s co-founders, hip-hop entrepreneur Russell Simmons and social rights advocate Dr. Ben Chavis, to “tell the whole world about the positive influence of diamonds”. To this day, these two men continue their mission, to show how diamonds can “educate” and “empower” the next generation of leaders. To ensure the more people know about the organisation and its important message, Russell Simmons and Ben Chavis have attracted several international celebrities to their cause, including the singer Beyoncé, Kim Kardashian, the actress Rachel Bilson and several others.

But let’s return to the June awards ceremony Diamonds Do Good. This year, its honoured guests included the actor David Oyelowo, who has starred in Selma and A United Kingdom, former First Lady of Mozambique and subsequently South Africa – the esteemed Graça Machel. The two participants received recognition for their support of women living in Africa. David received the Diamonds Do Good Vanguard Award, whilst Graça was given the Diamonds Do Good Global Humanitarian Award. 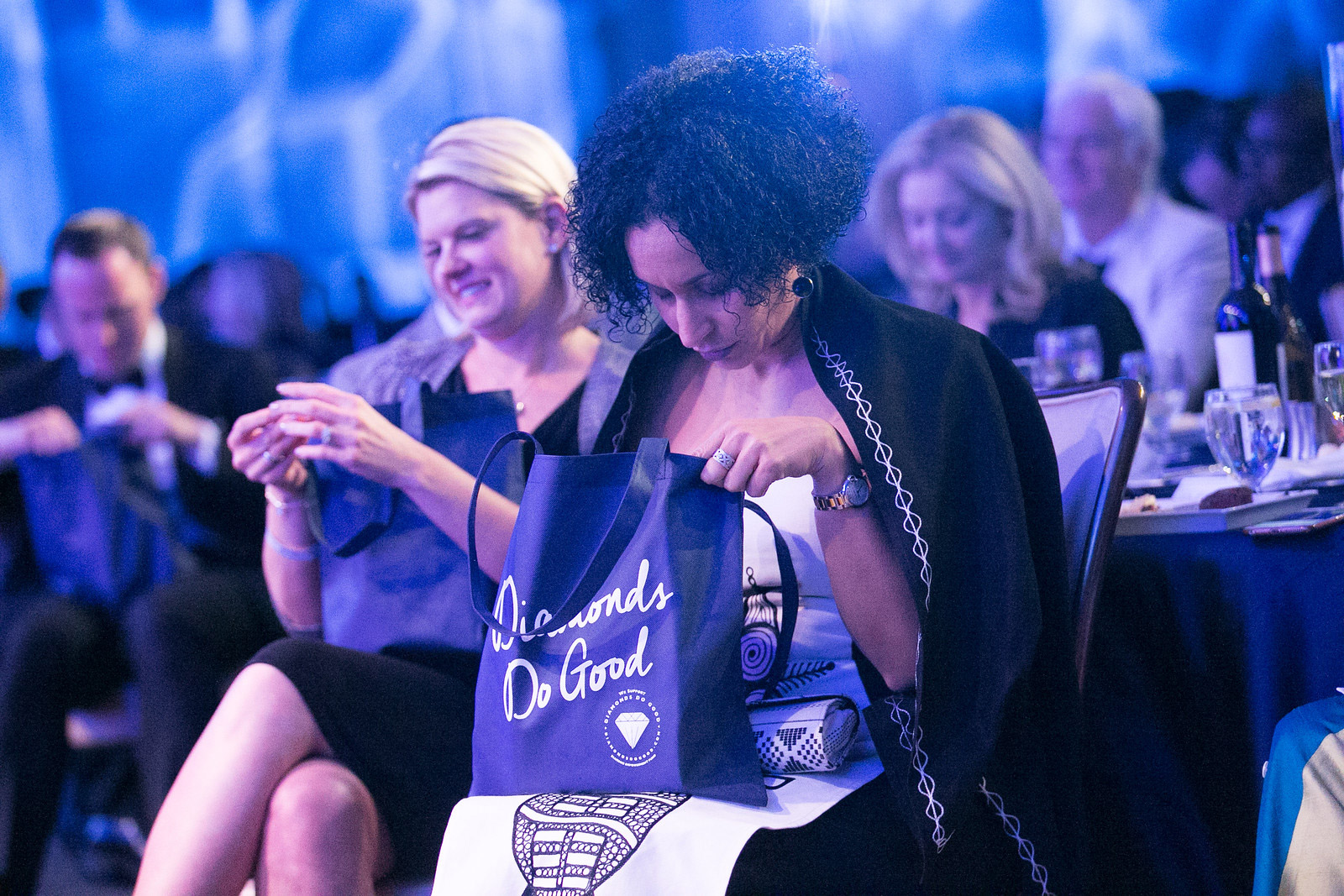 Amongst the actor’s philanthropic activities is a fund he founded that pays for the school fees of girls in Nigeria who have been the victims of terrorism or sexism: the David Oyelowo Leadership Scholarship for Girls. The widow of Nelson Mandela founded The Graça Machel Trust which allows her to provide financial aid to women and children in Africa. “I am incredibly humbled to represent the millions of minds, hearts and hands that have sown seeds over the years to empower Africa’s women and children. I graciously receive this Global Humanitarian Award from the Diamond Empowerment Fund on behalf of those who have worked tirelessly with me to accelerate social change,” said Graça Machel. 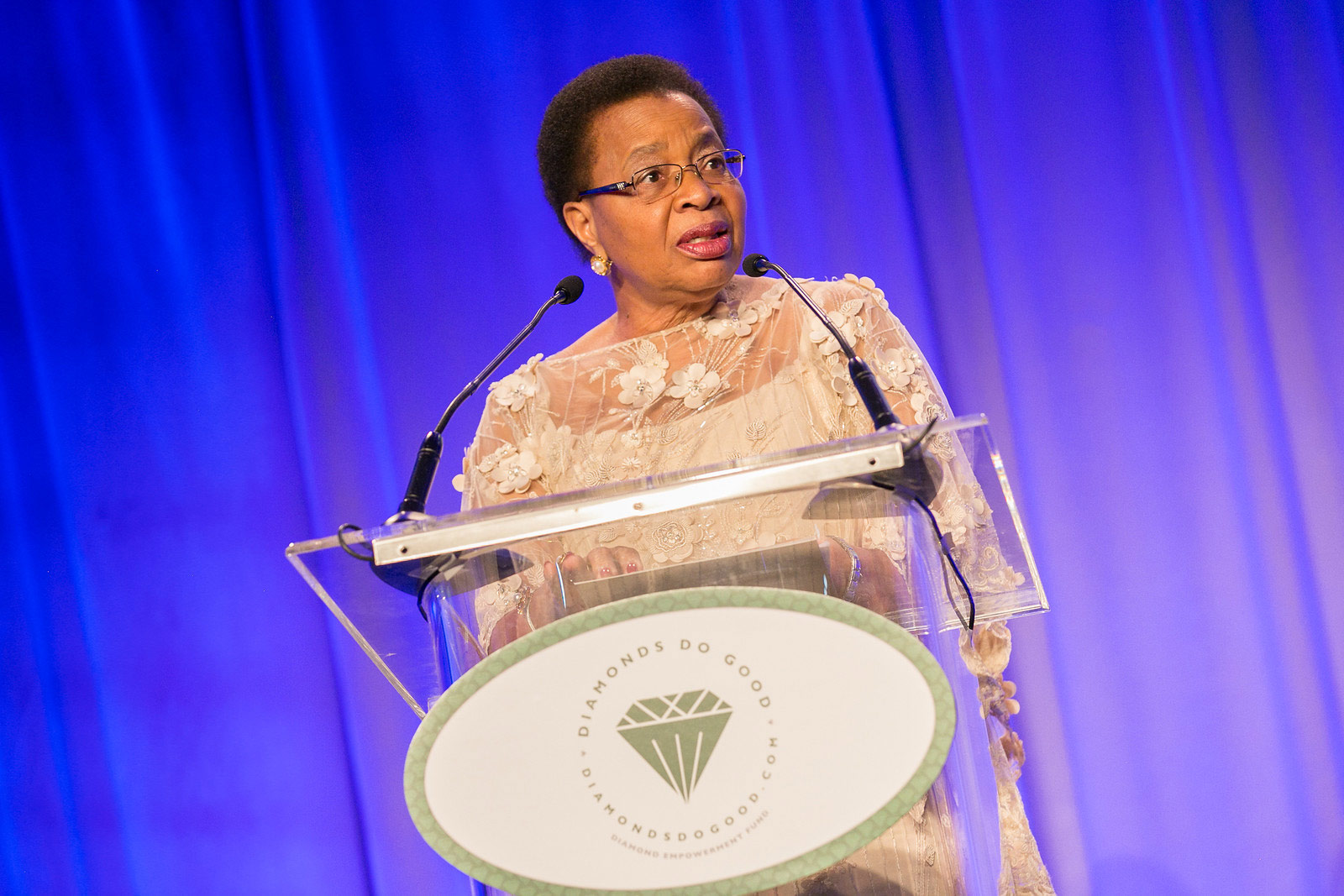 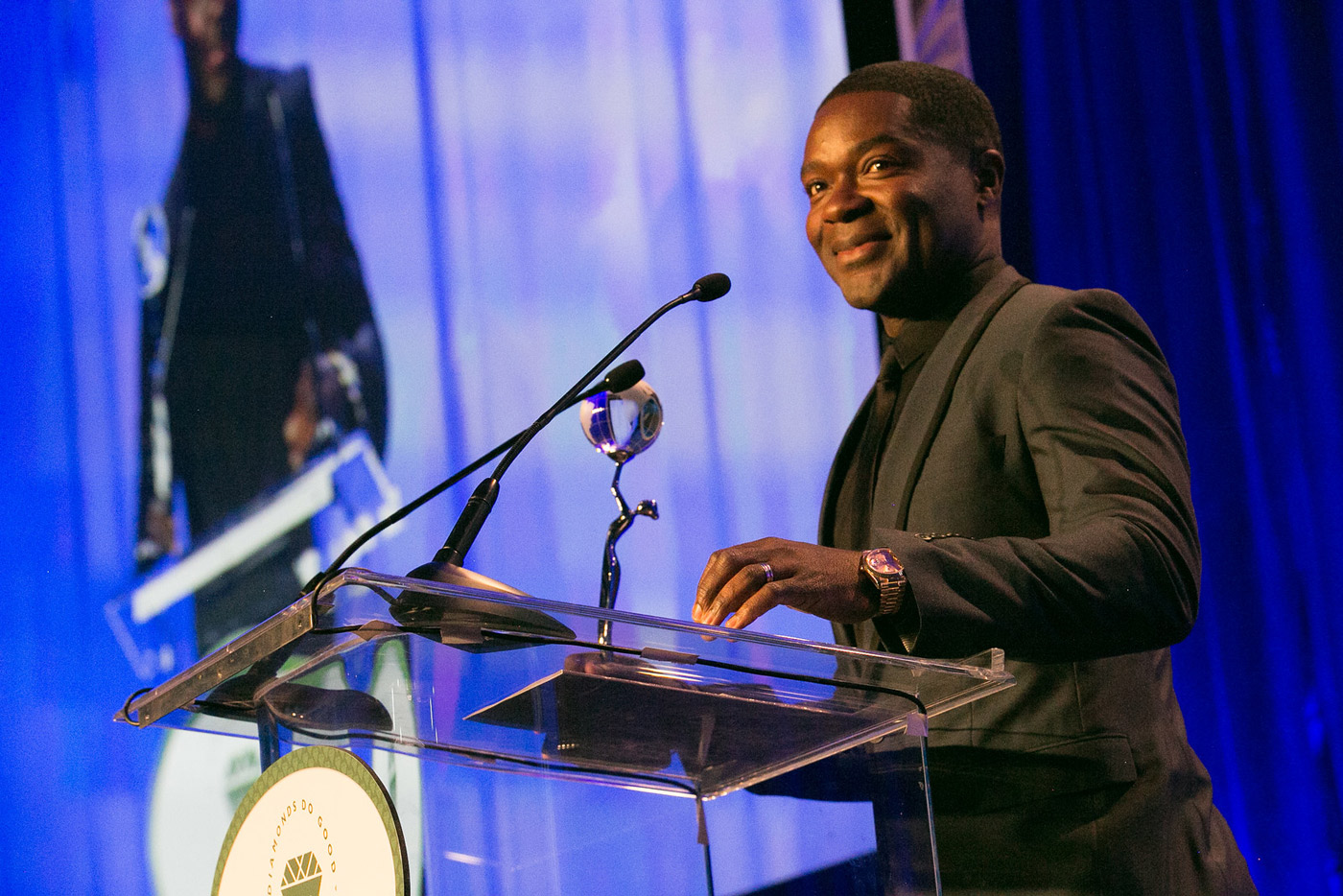 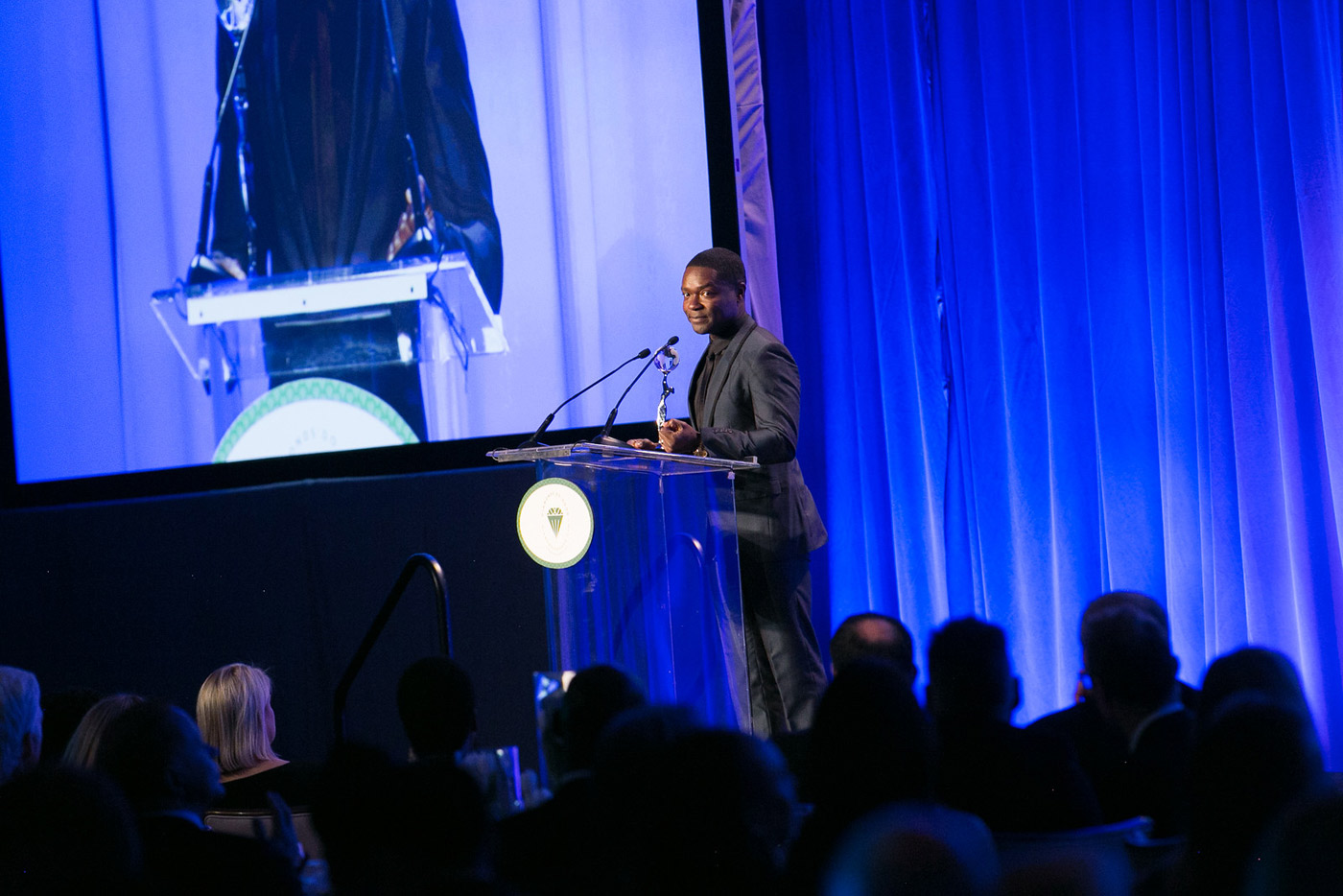 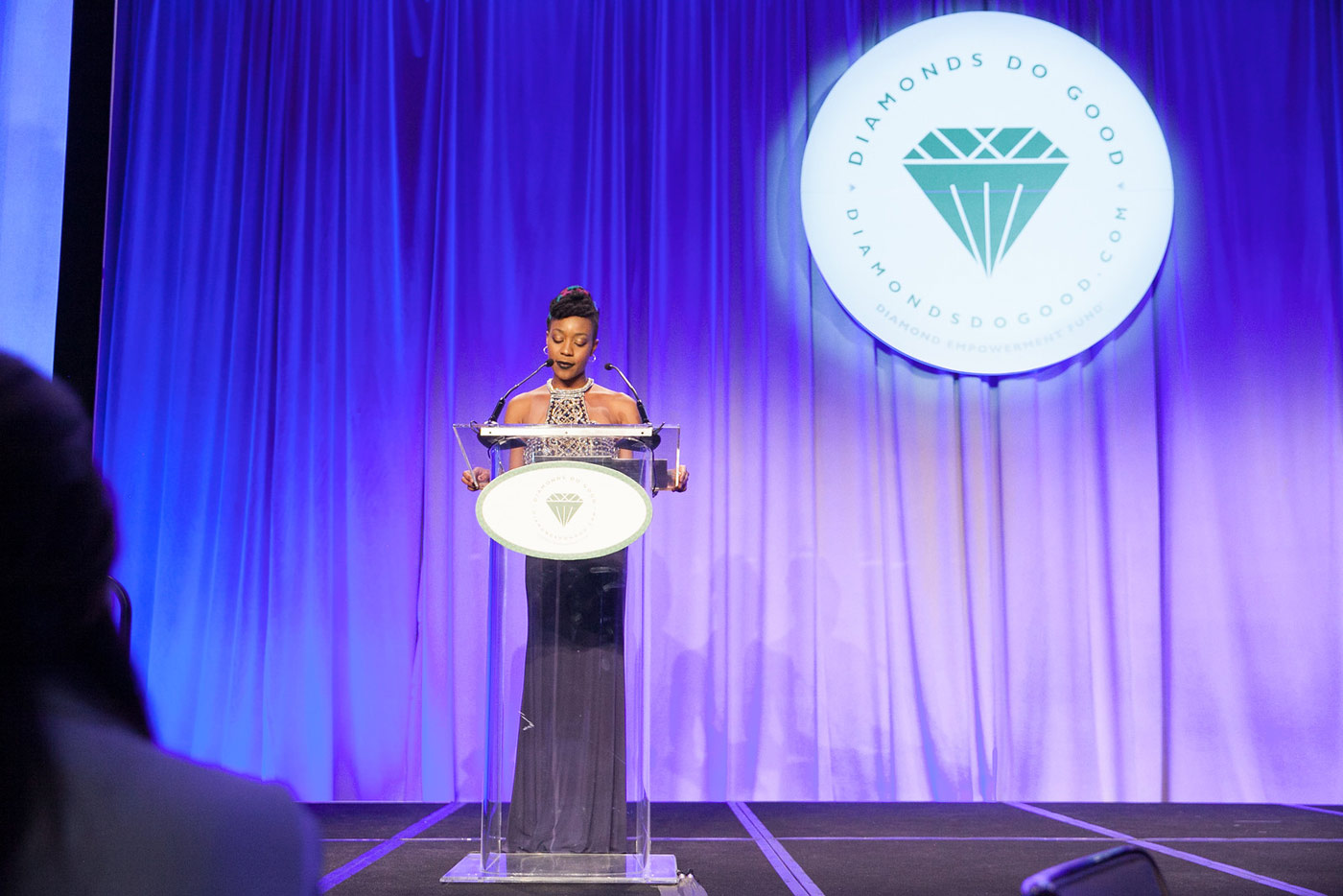 A further award was presented at the gala event: the Diamonds Do Good Corporate Legacy of Philanthropy Award. It was given to Helzberg Diamonds, a jewellery retailer hailing from Kansas City, Missouri, for its invaluable investment in strengthening philanthropic consortia in the United States. CEO Beryl Raff said that Helzberg Diamonds would continue to help spread the love throughout the entire nation.

The charity gala Diamonds Do Good would not have been possible without its leading sponsors, the companies Chow Tai Fook, De Beers Group, Le Vian, Rosy Blue and Signet Jewelers, which include Kays Jewelers, Jared the Galleria of Jewelry and Zales Jewelers. 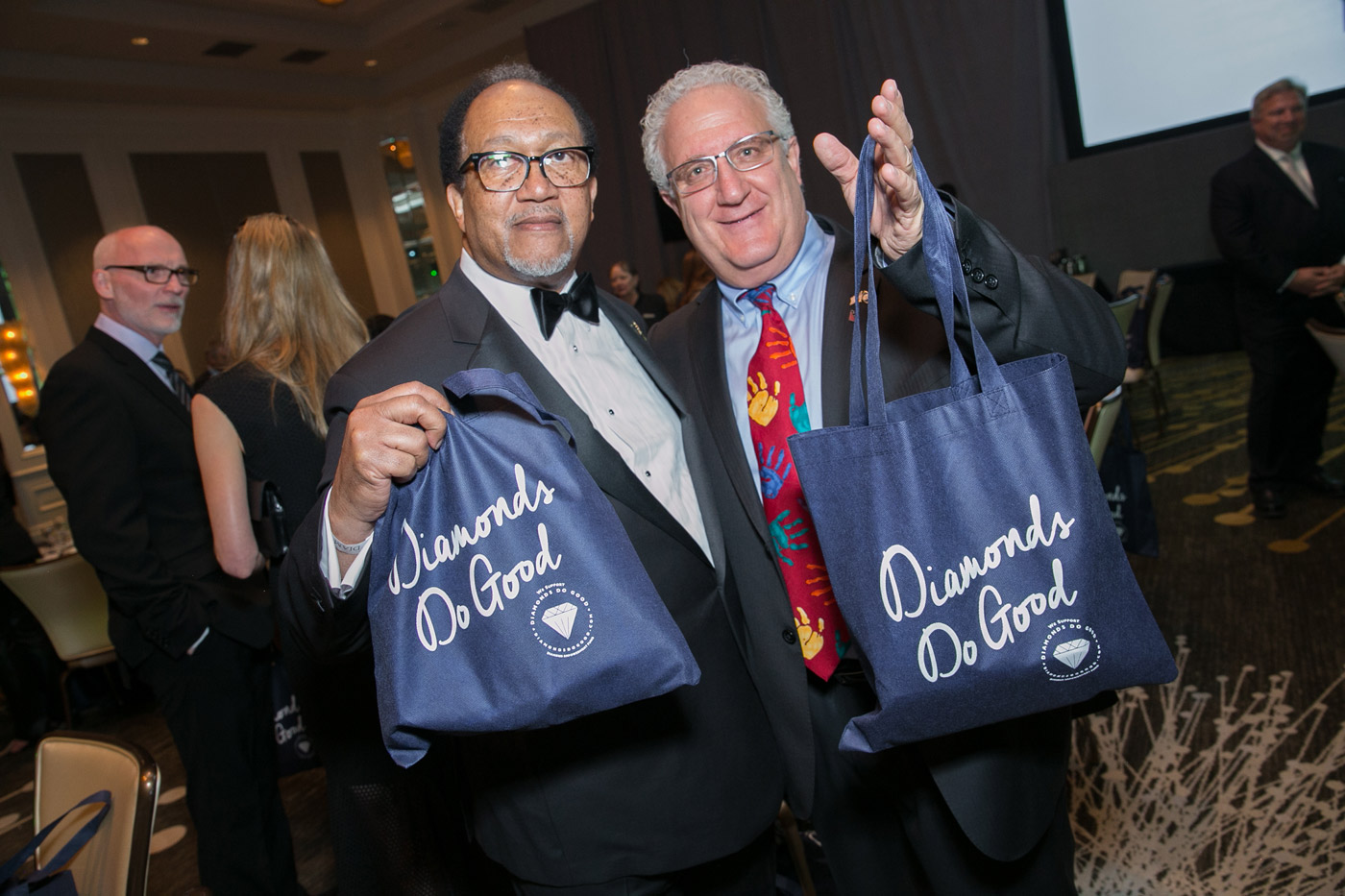