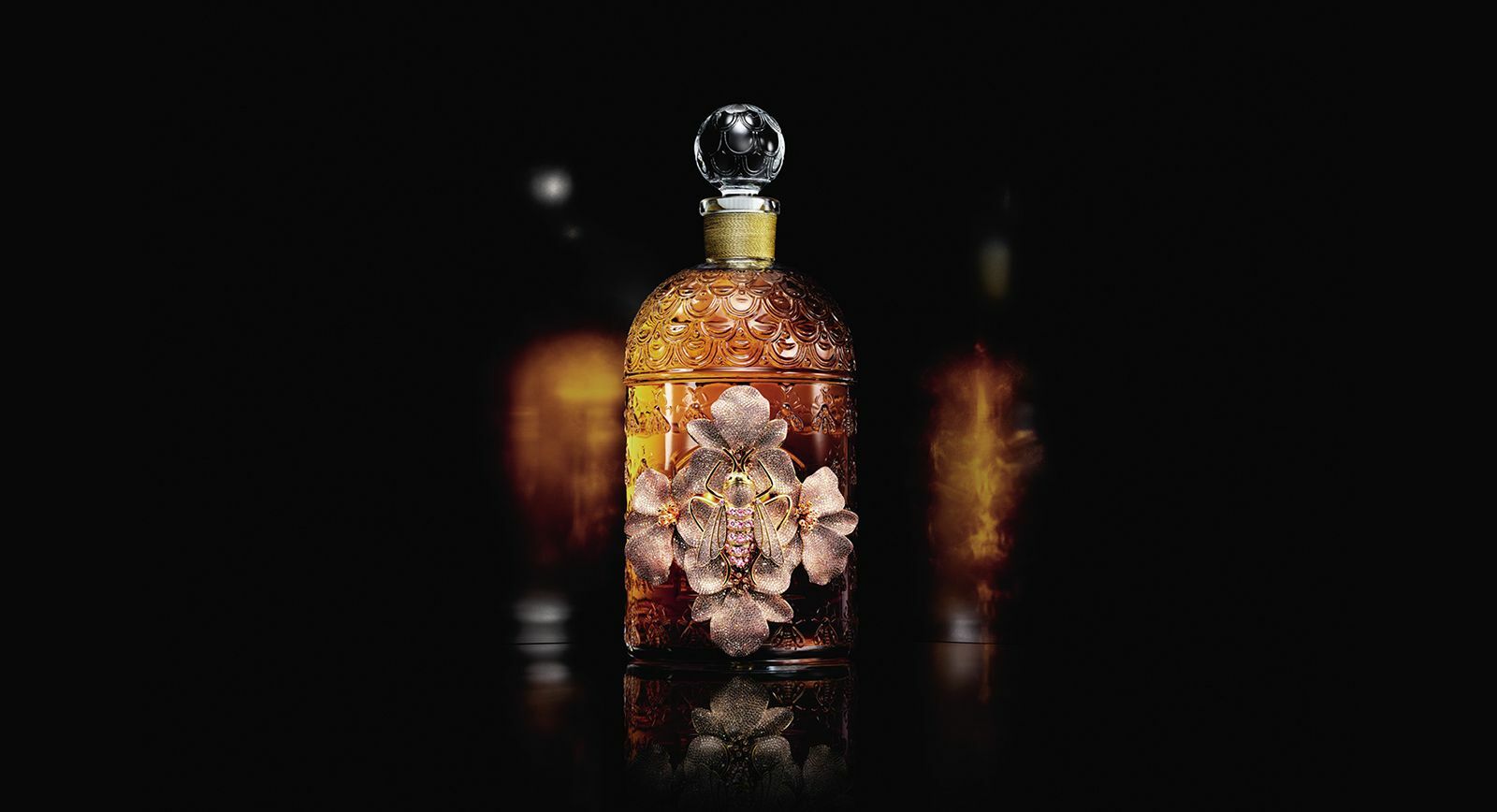 Precious Scent: A Collaboration Between Guerlain and Begüm Khan

Creative fusions of East and West have, in the case of many collaborations, become a source of fresh and unexpected ideas which would almost certainly never arise otherwise. Consequently, I am always on the lookout for diverse projects so that I can share what they yield with you. Today, I want to tell you about a new exclusive perfume called Le Songe de la Reine, a scent that was developed by the French perfume maison Guerlain, issued in a bottle by Turkish designer Begüm Khan.

The French perfume house Guerlain, founded in 1828 by Pierre François Pascal Guerlain, is one of the oldest and most famous in the world, regarded as a legend in its field. A bottle of Guerlain perfume is even one of the exhibits at the Luxes luxury goods exhibition at the Musée des Arts Décoratifs in Paris, which is on until 18th July this year. 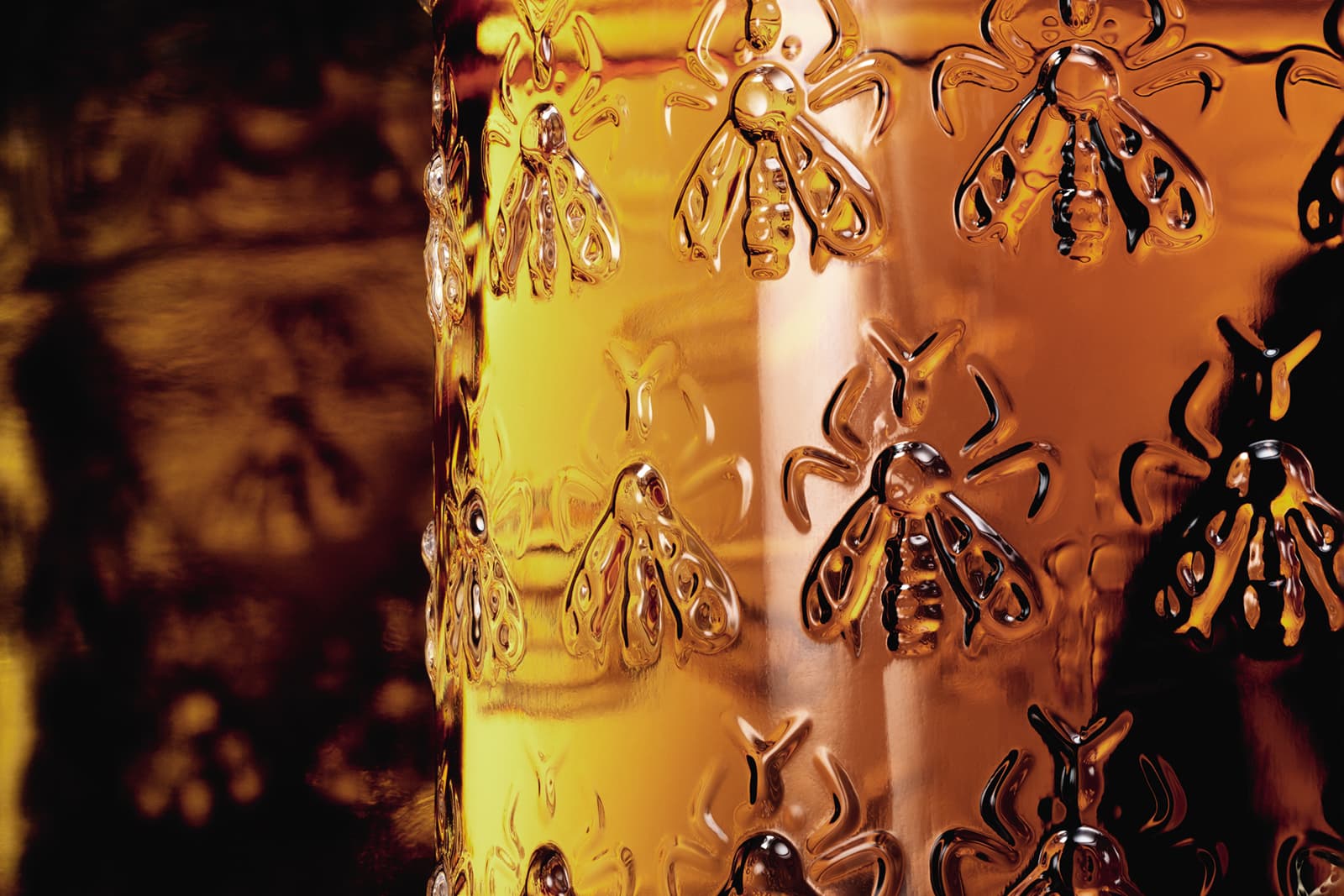 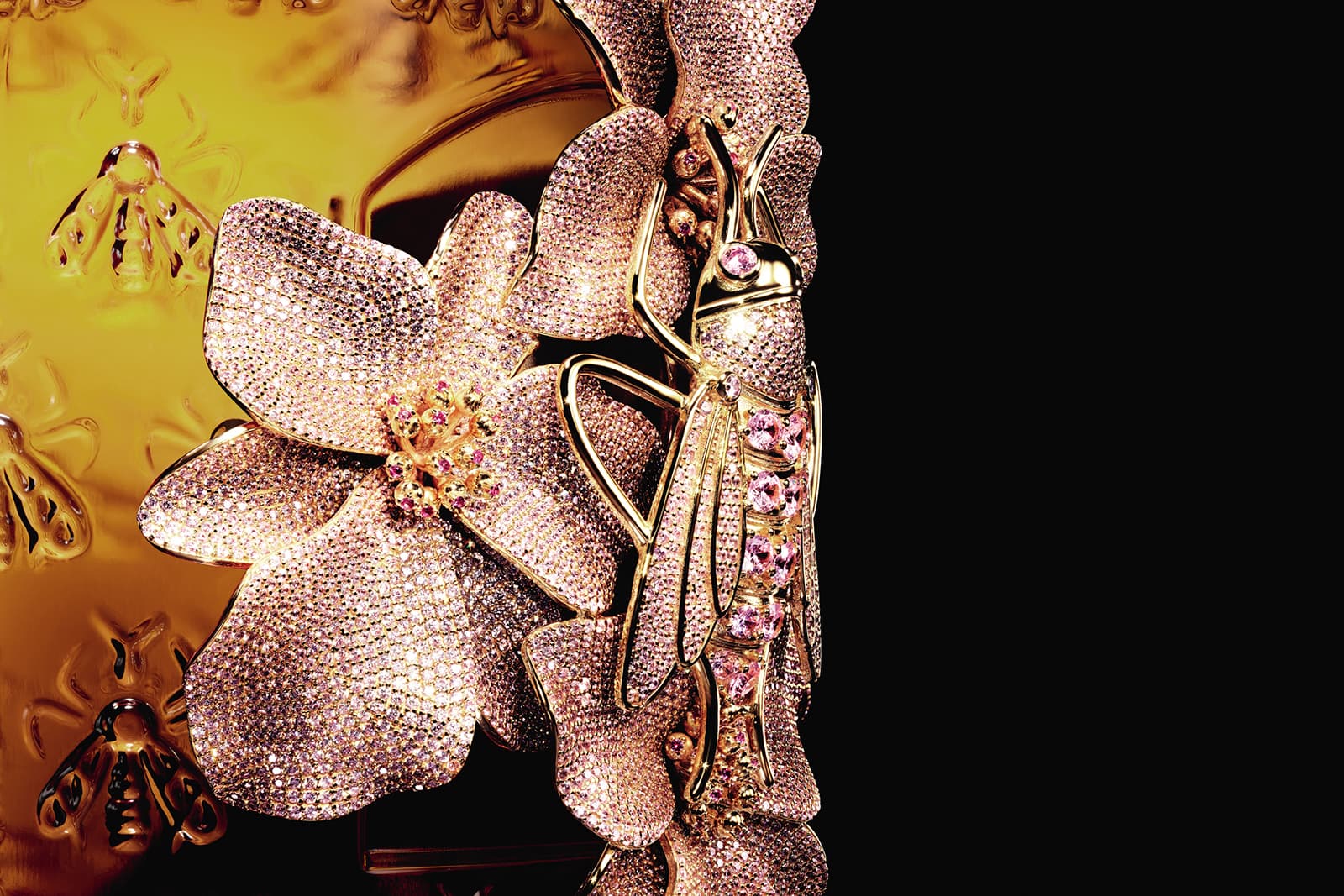 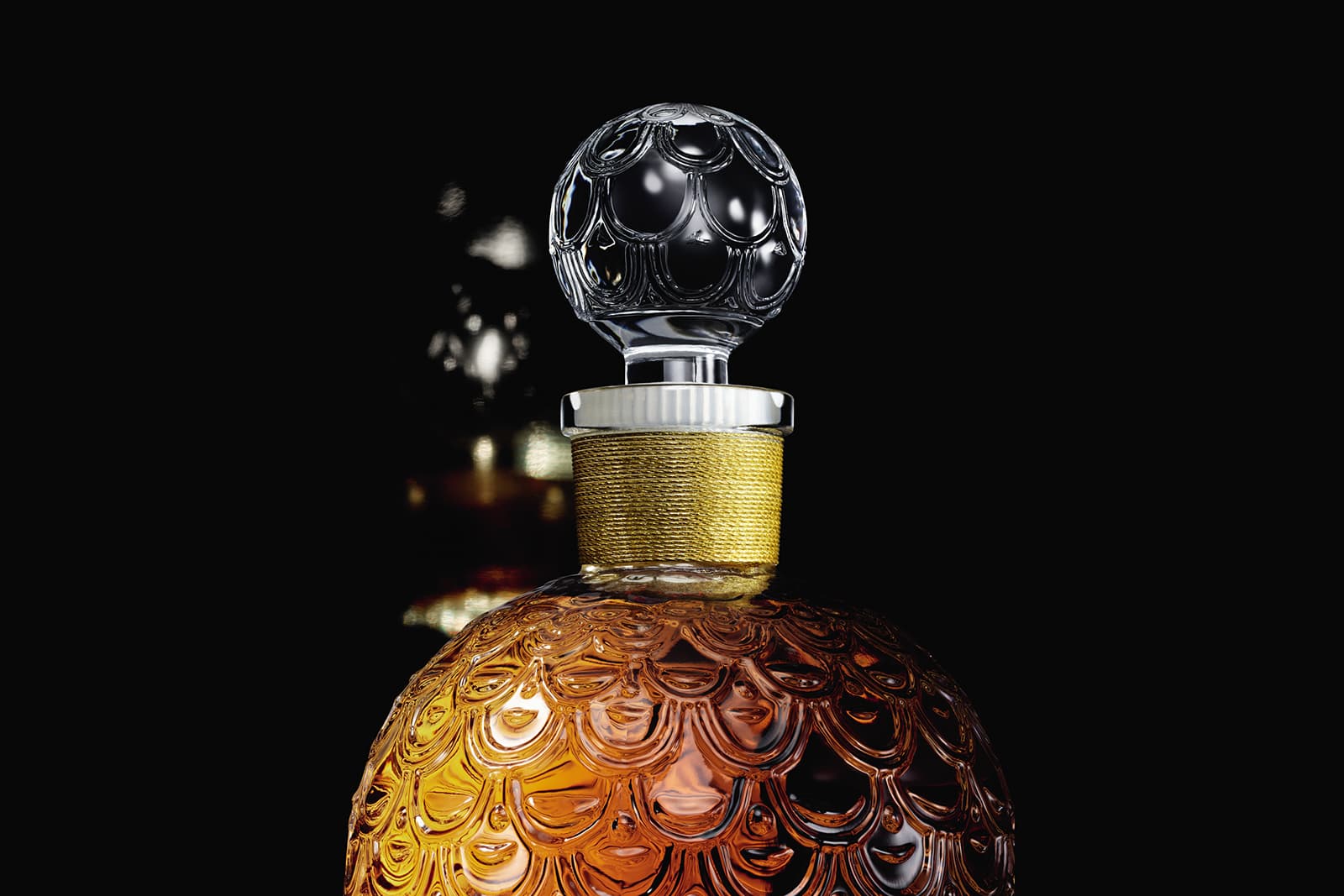 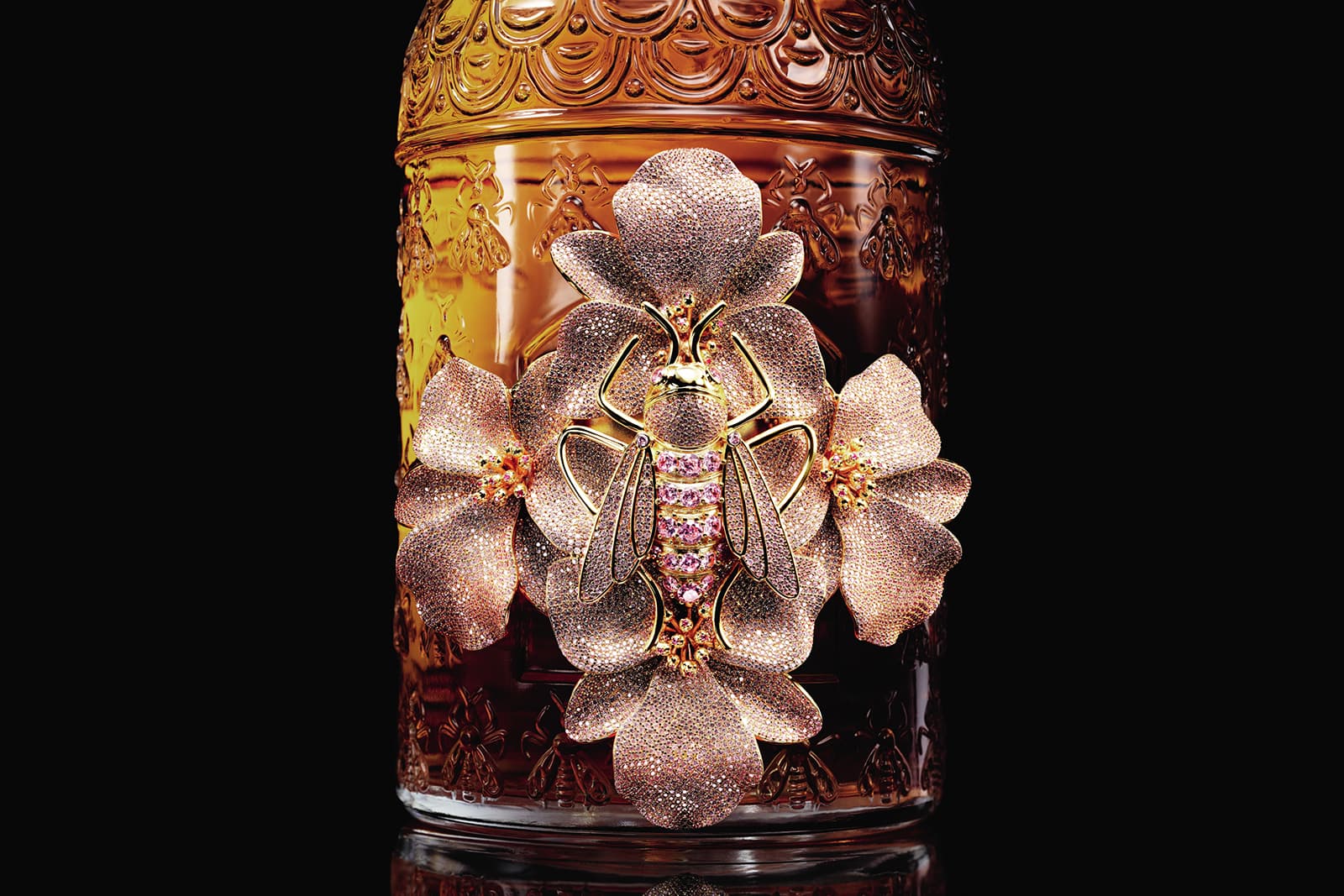 In 1853, the perfume Eau de Cologne Imperial, created as a wedding gift for Napoleon III and the Spanish Princess Eugenie, was presented in a gift bottle made of dark crystal, tinted with gold and covered with embossed bees in honour of the Bonaparte family coat of arms. This was the beginning of an era for Guerlain, with bees and honeycombs subsequently becoming the perfume producer’s trademark. 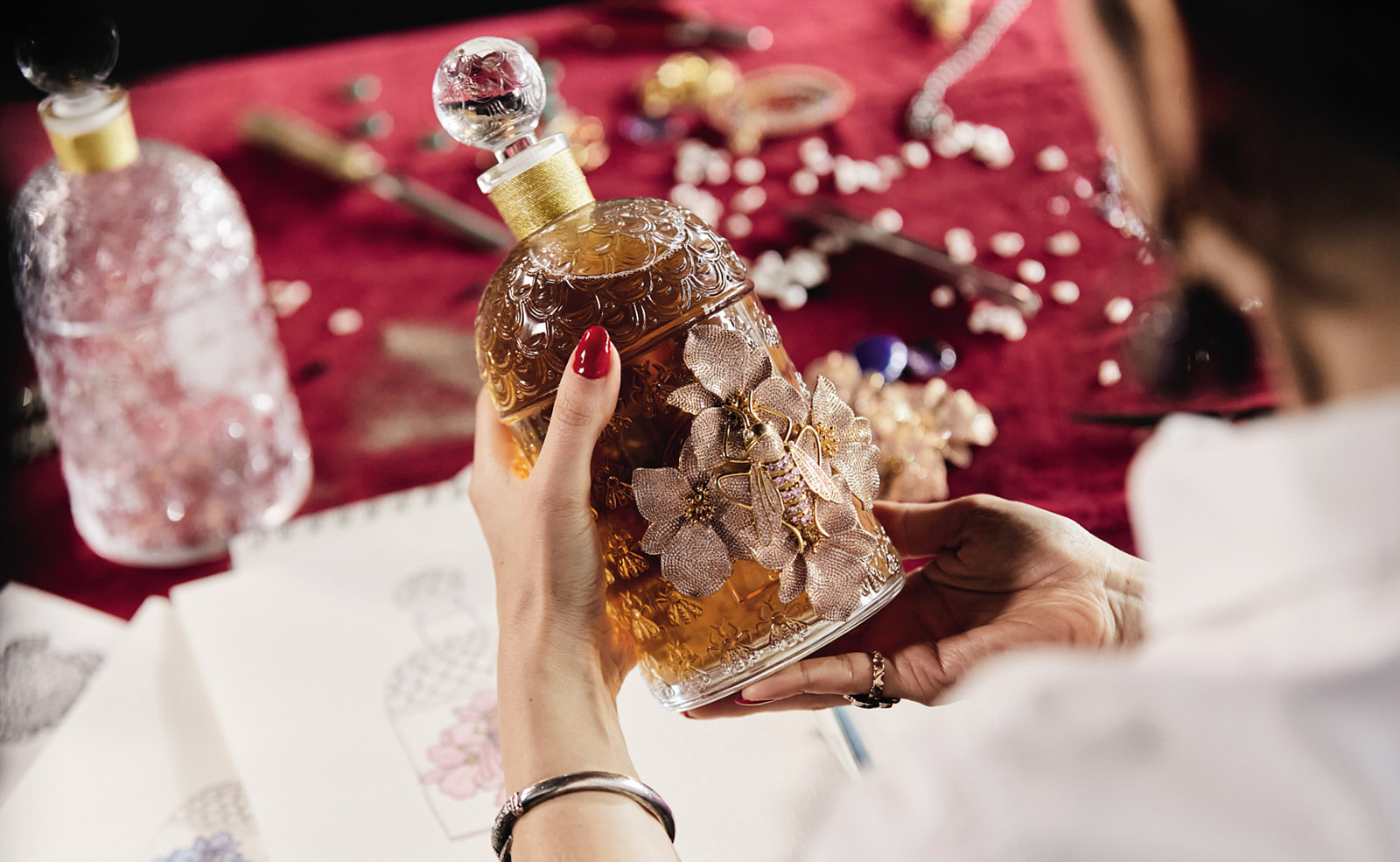 The tradition of making special creations for special people has also endured. For example, Queen Victoria of the United Kingdom, Queen Isabella of Spain, and the Württemberg and Romanov dynasties all received exclusive Guerlain fragrances as a gift. Today Guerlain is expanding its scope, inviting each of us to feel like that very special person thanks to the new Le Songe de la Reine by Thierry Wasser. Starting with a fresh accord of mandarin, bergamot and pink pepper, it opens with the scent of green milky figs, complemented by notes of sandalwood and cedar.

Begüm Khan, artistic director and founder of the eponymous Turkish jewellery Maison, was invited to collaborate on the creation of the iconic Bee Bottle. Taking inspiration from the East and Ottoman art, the designer decided to create a real piece of jewellery that also echoes the West and the world of Guerlain. Begüm was inspired and fascinated by the dichotomy of fragility and strength exhibited by these striped creatures that have played such an important role in the company’s history. They thus became the main decorative element featured on the bottle. 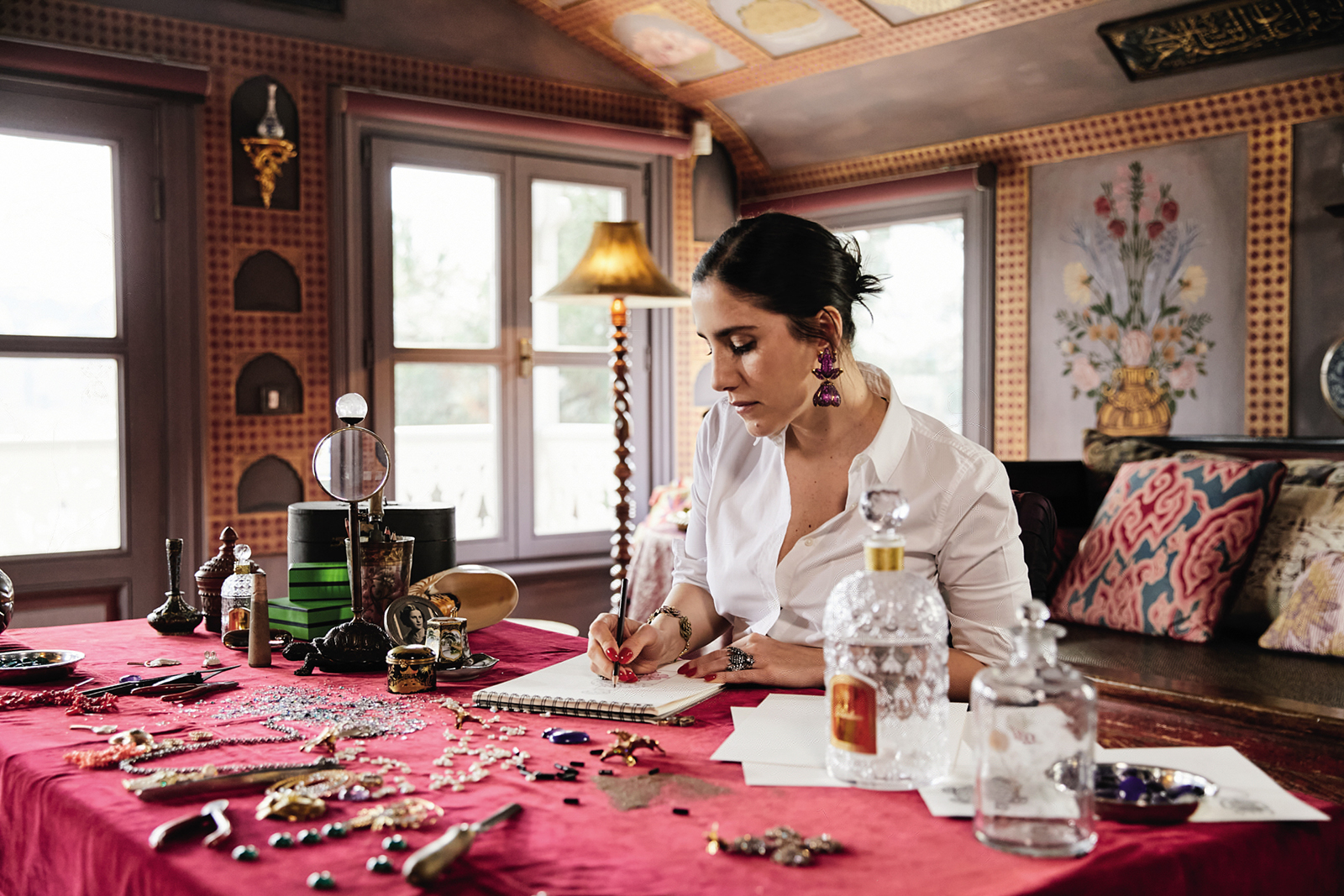 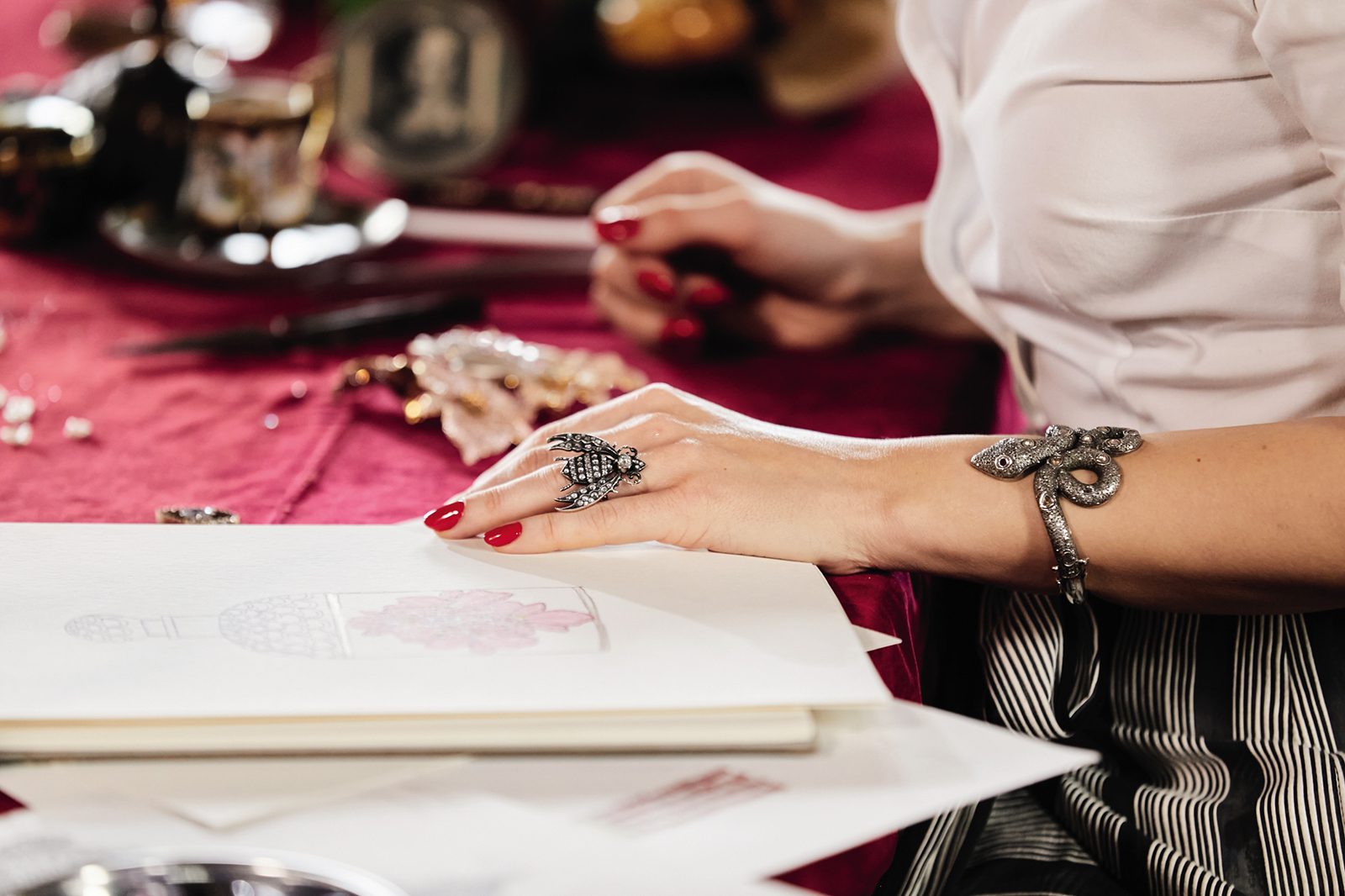 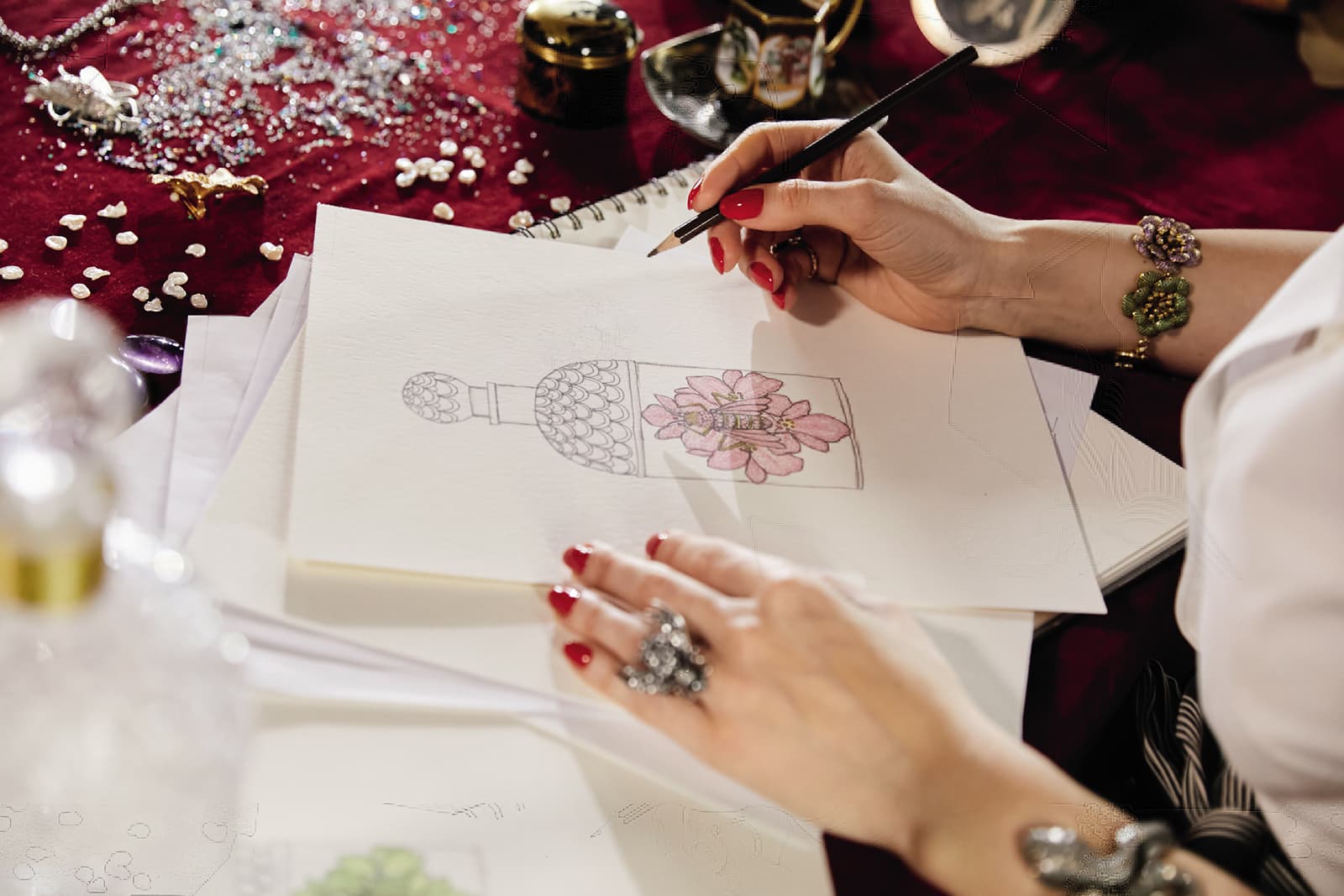 While designing the Bee Bottle, Begüm’s imagination painted colourful pictures: “As the scent of oriental sandalwood mixed with the bergamot of the Mediterranean, a fairy tale began to form in my mind. Enticed by the legends of the ancient Ottoman capital, the imperial bee flies to Istanbul to feast on pink Turkish delights and sweet sorbets. Adorned with sparkling jewels and filled with romantic memories, the bee returns to Paris and sits on the petals of four exquisite orchids.” 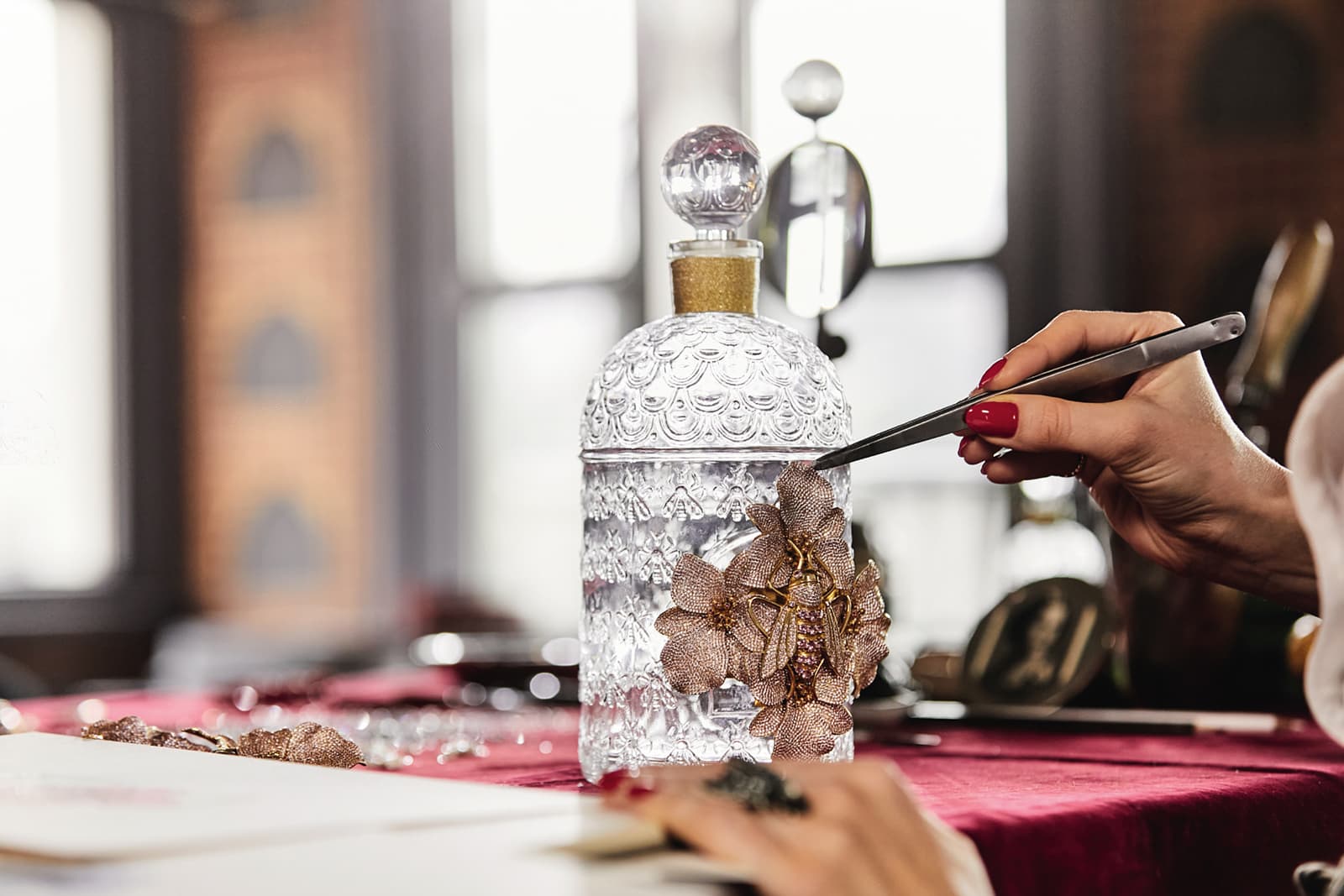 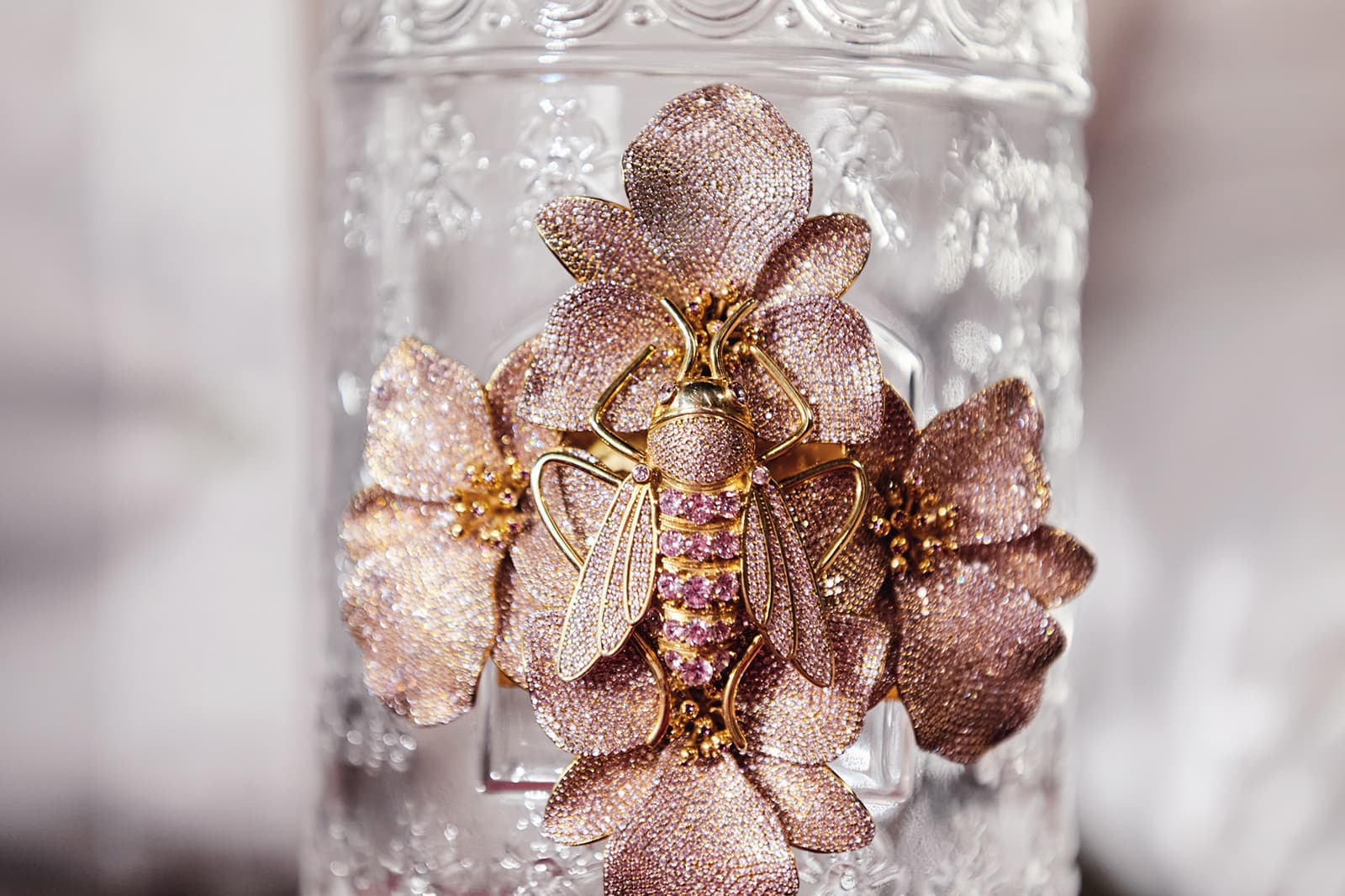 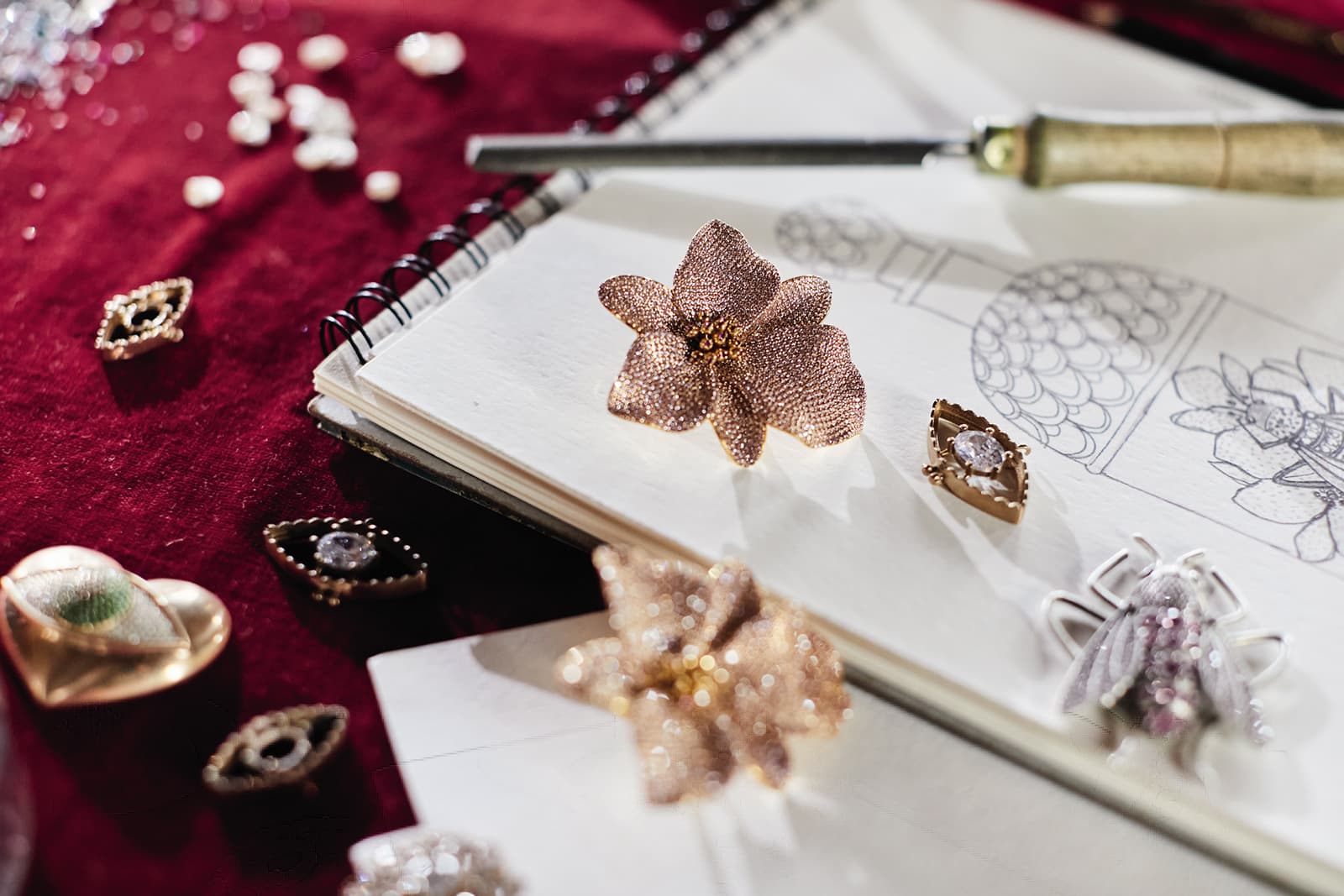 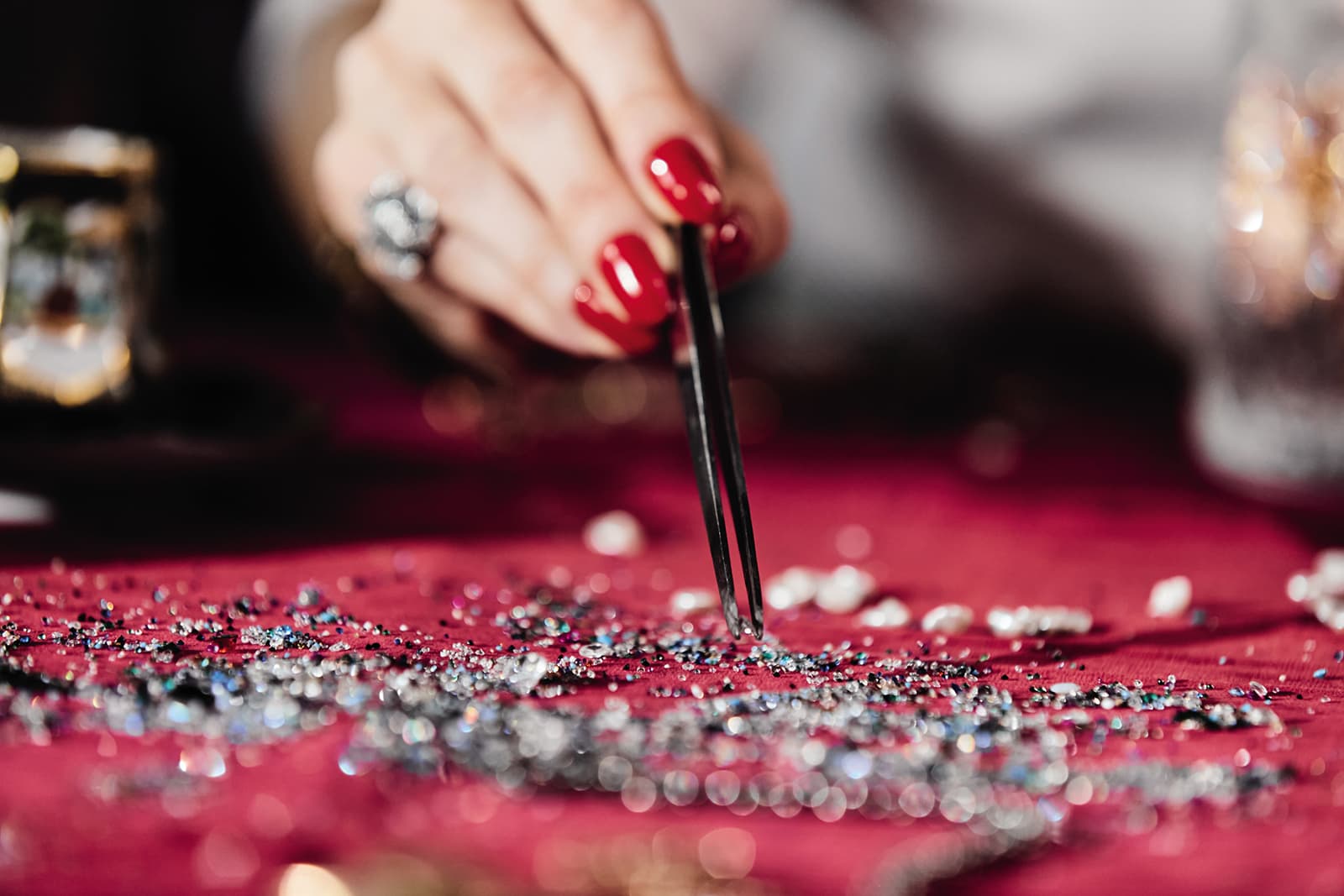 Although this original project was the first bottle design collaboration in the world of Haute Parfumerie, Begüm has managed to create a real work of art in the form of a bee sitting on a flower in gilded bronze, inlaid with a pavé of 6,500 zirconia stones. Just imagine: it takes more than fifty working hours to create a miniature composition for just one Bee Bottle. 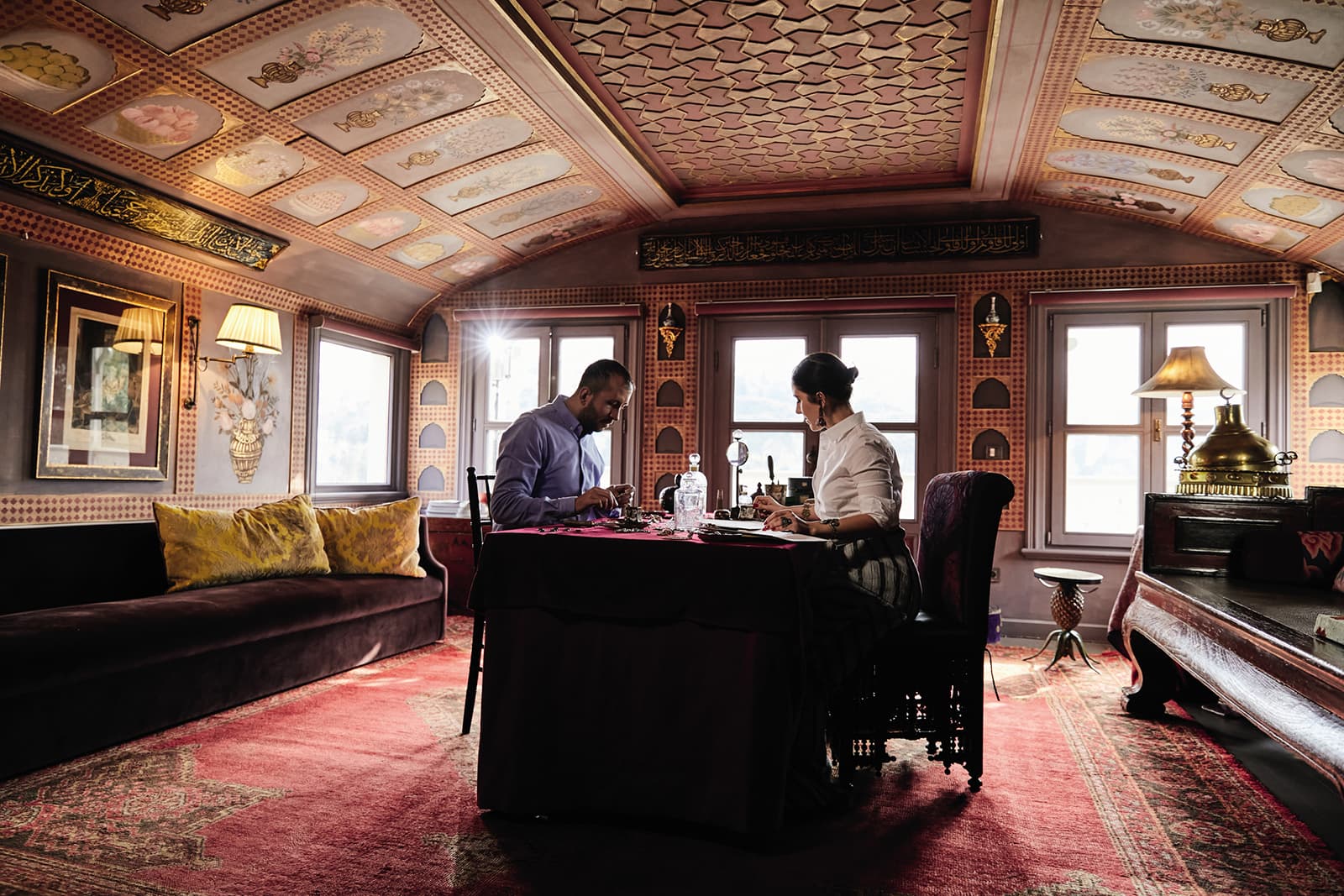 I think you now understand why the collector’s edition of Le Songe de la Reine by Begüm Khan (Eau de Parfum) is limited to 13 1 litre bottles, and the cost of each of them is €10,000.