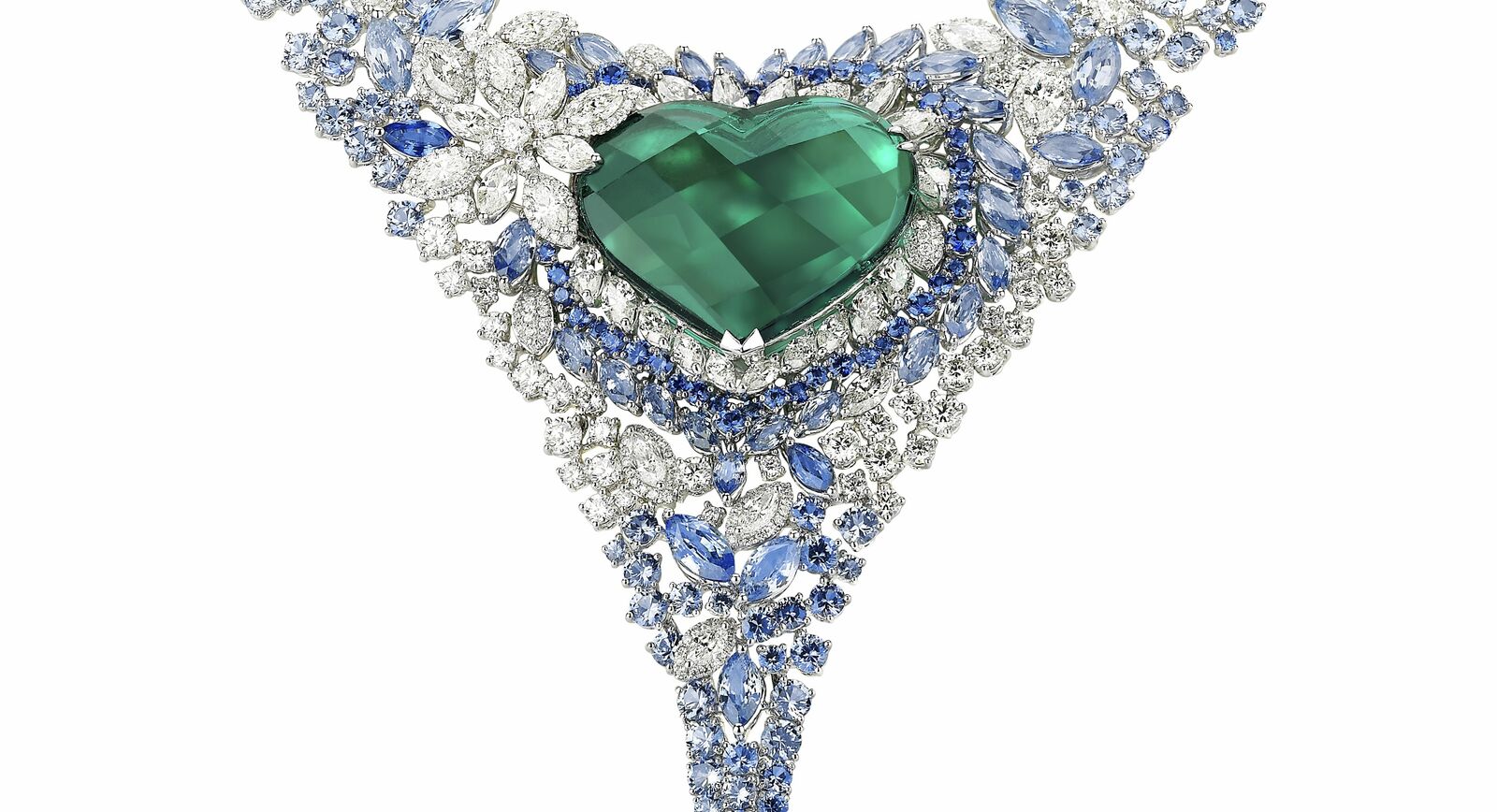 With emerald green having been declared the colour of 2013 by Pantone colour experts, the internationally renown couture jeweller Avakian made the green beryl the perfect accent to some of his stunning jewels.

However, among all the glitz and sparkle of Cannes jewellery, one necklace especially stood out thanks to its unprecedented beauty emphasized by a luscious emerald resting on a bed of blue sapphires and snow-white diamonds.

Chosen by the Italian actress Ornella Muti to be worn at the amfAR fundraising gala dinner,the necklace was a real show-stopper.

The heart-shaped emerald originates from Columbia and weighs 40cts. Complemented by 70cts of blue sapphires and 35cts of white diamonds, the jewel can be perfectly described with just one simple word – a treasure. 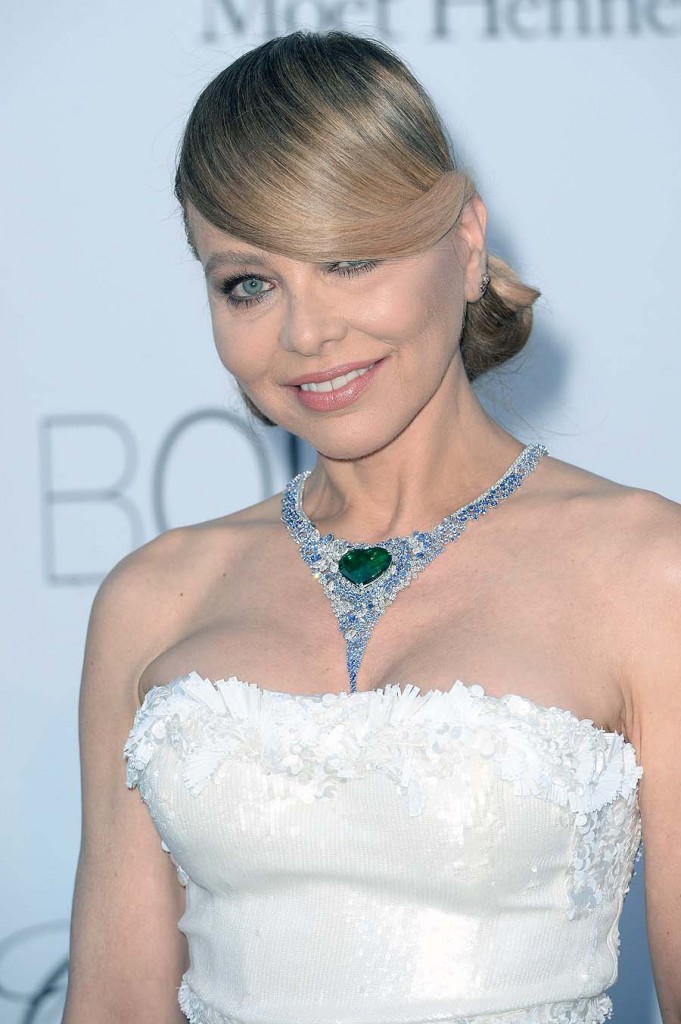