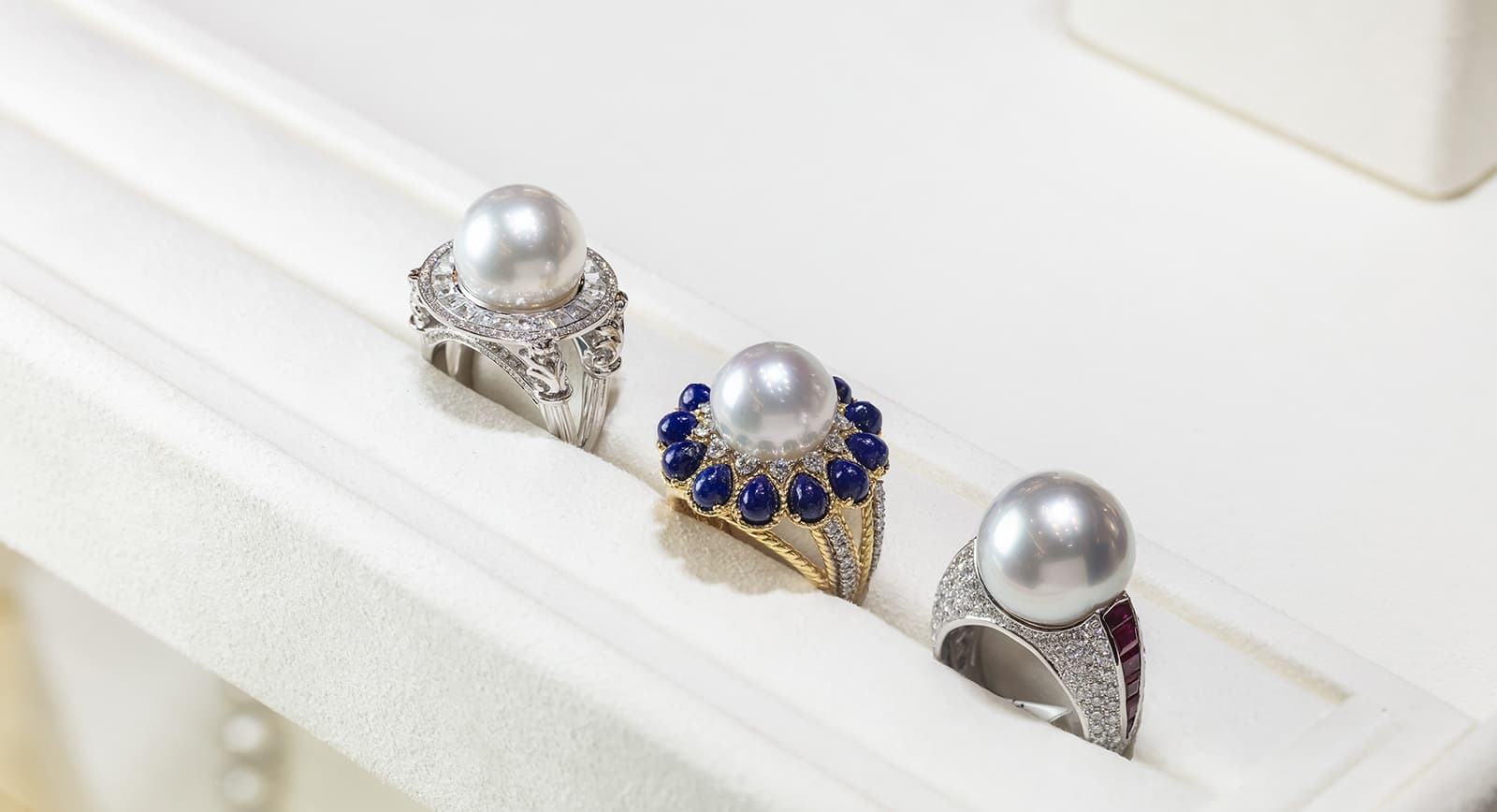 Autore: The new ‘Mediterranean’ collection is a journey to its namesake locale

Autore’s Founder Rosario Autore is a world leader in the production of pearl jewellery, and challenging the traditional concepts of pearl design, with more than 30 years experience within the pearling industry. Apart from the conventional Autore pearl strings and classic studs, pendants and bracelets; you will also find many creations whose design was dictated by a concept, and not by the hero material of the pearl itself. For example: in September 2019, the company will present a new eclectic collection that challenges our perception of pearl jewellery: ‘Mediterranean’.

This new collection combines approximately 30 designs of necklaces, earrings and bracelets, and pieces designed in several pearl shade variations. The pearl exploration does not stop there: by the time of the official debut, further new pieces will be added to the collection - owing to the fact that the inspiration for this project is unusually extensive and interesting. The ‘Mediterranean’ collection is a tribute to various aspects of history, architecture and nature; whilst also redefining the shapes, styles and design motifs in modern jewellery. Each year, Autore releases collections inspired by either architecture or nature - but in 2019 - for the first time the decision was made to combine both elements in the ‘Mediterranean’ collection. 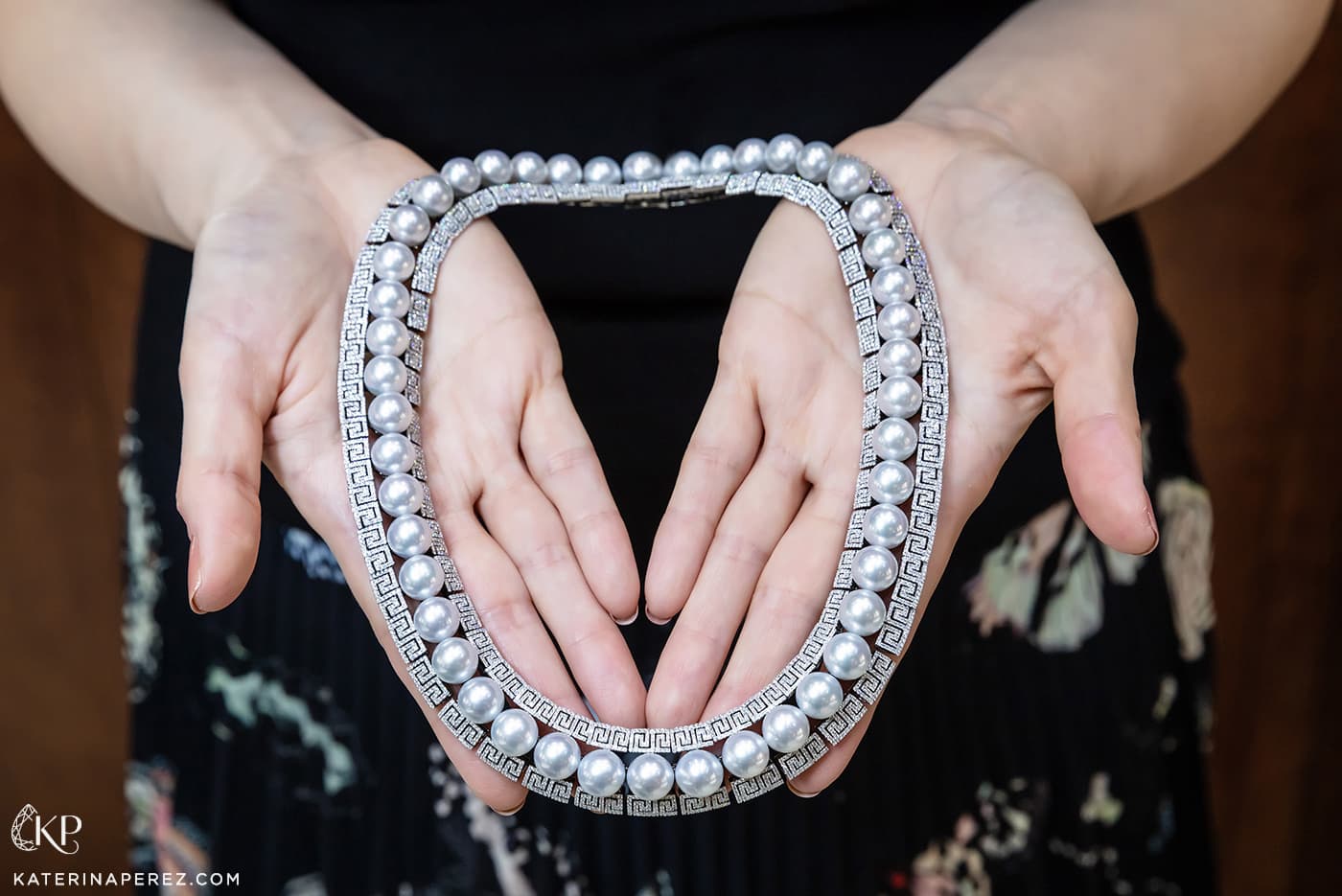 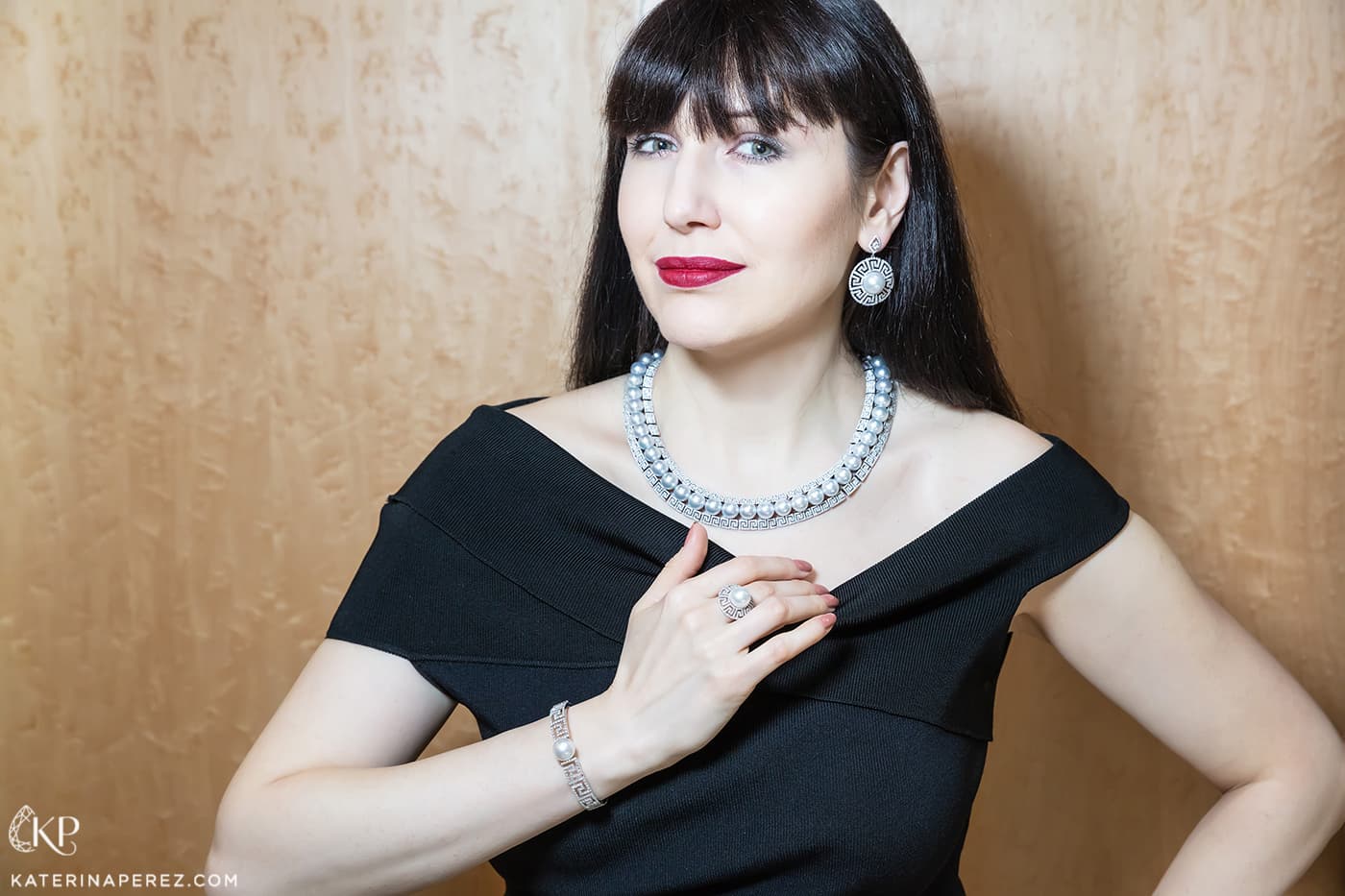 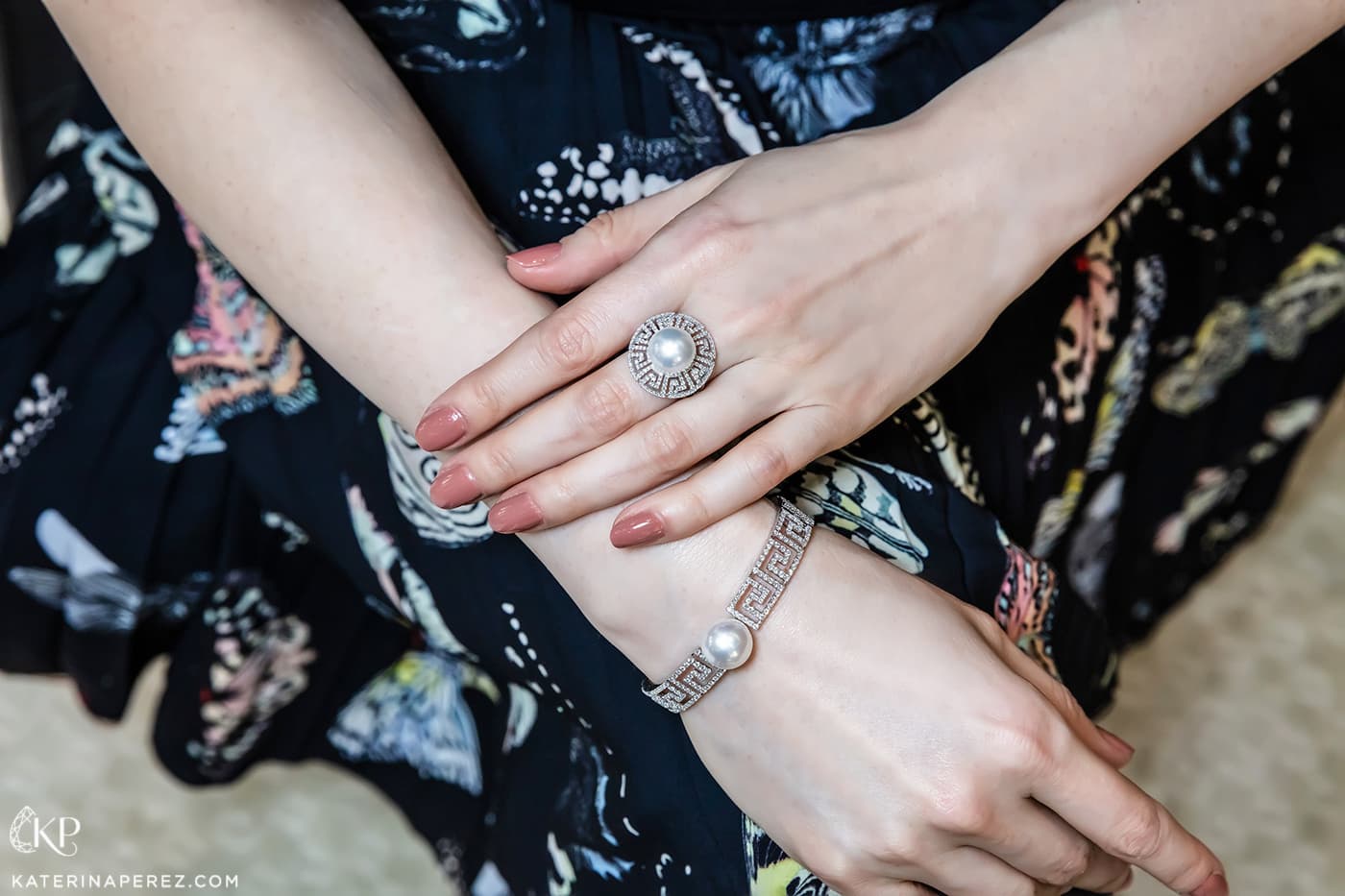 In order to realise such a large-scale idea, the design team had to do a tremendous amount of work – in fact, the collection was in development for 12 months! First of all, the team had to study various aspects of the wildlife that lives in the Tyrrhenian Sea, a part of the Mediterranean Sea off the west coast of Italy, as well as the bold colours of Capri, an Italian island in the Gulf of Naples. 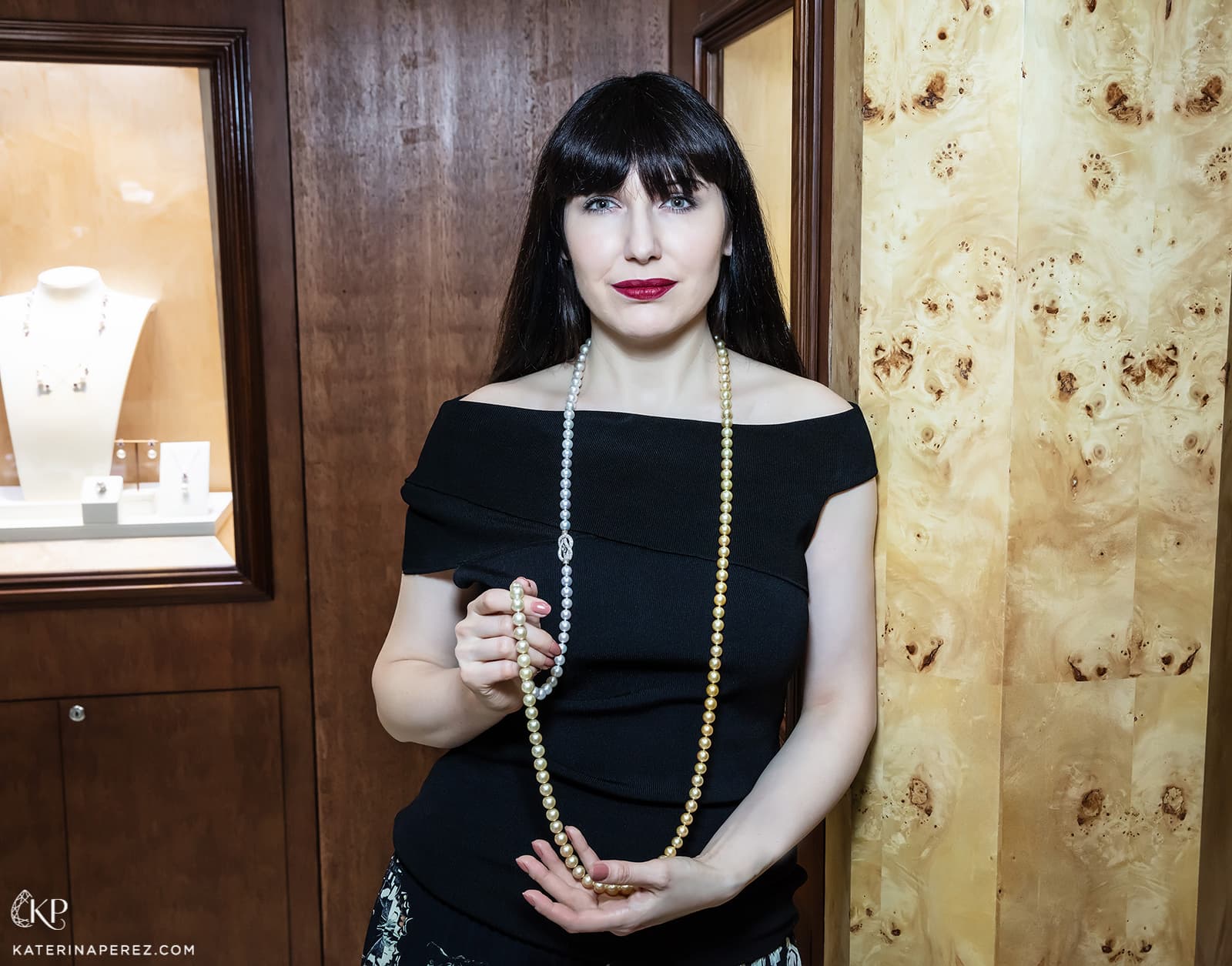 Much attention was also paid to ancient architecture, techniques and symbols of the Roman Empire. Examples of this are the Roman coin - symbolic of wealth - and represented in the collection as earrings, as a pendant, and as a necklace; whereas the bee is a symbol of the underworld, fertility, the mediation between the divine and mortal worlds, good and evil; the Hercules knot is a symbol of love and marriage - which is often seen in jewellery and has become a part of wedding attire. The architecture of the Pantheon - the ancient temple of all the ancient Roman gods and the embodiment of the immensity of the Roman Empire - had a strong influence on the design direction of Autore’s latest jewellery line. 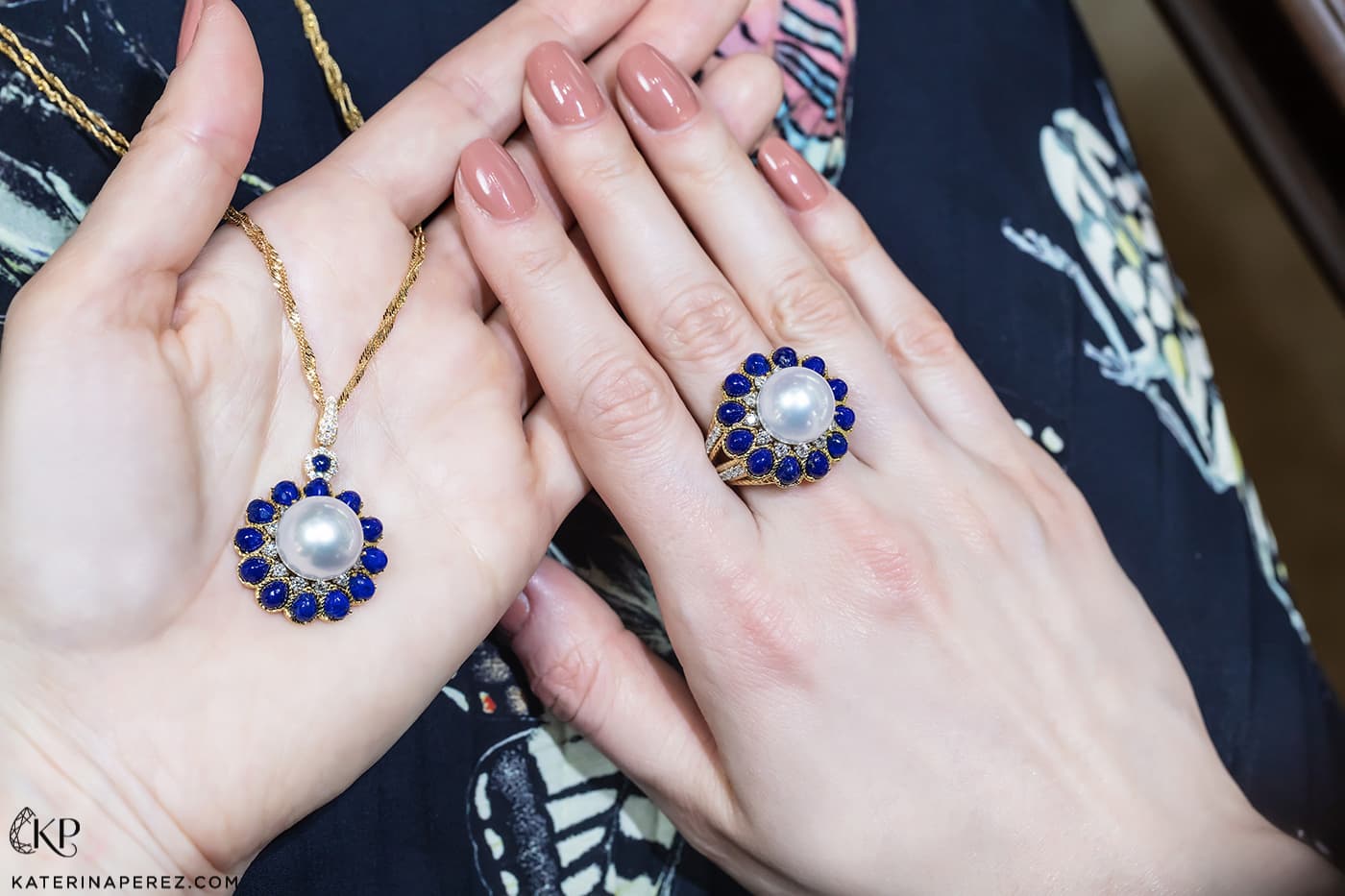 The choice of materials for the collection is also deeply symbolic: the main component is - of course - the pearl: personifying perfection, wisdom, purity, loyalty and modesty, wealth and prestige. In ancient Rome, the pearl was a symbol of nobility and high standing in society, because only nobles were allowed to wear them. Currently, Autore owns and operates 10 pearl farms in Australia and Indonesia, meaning that only the best specimens of pearls are included in the collection. The most impressive pearl - measuring 19mm - will be presented on a necklace which is still in production. 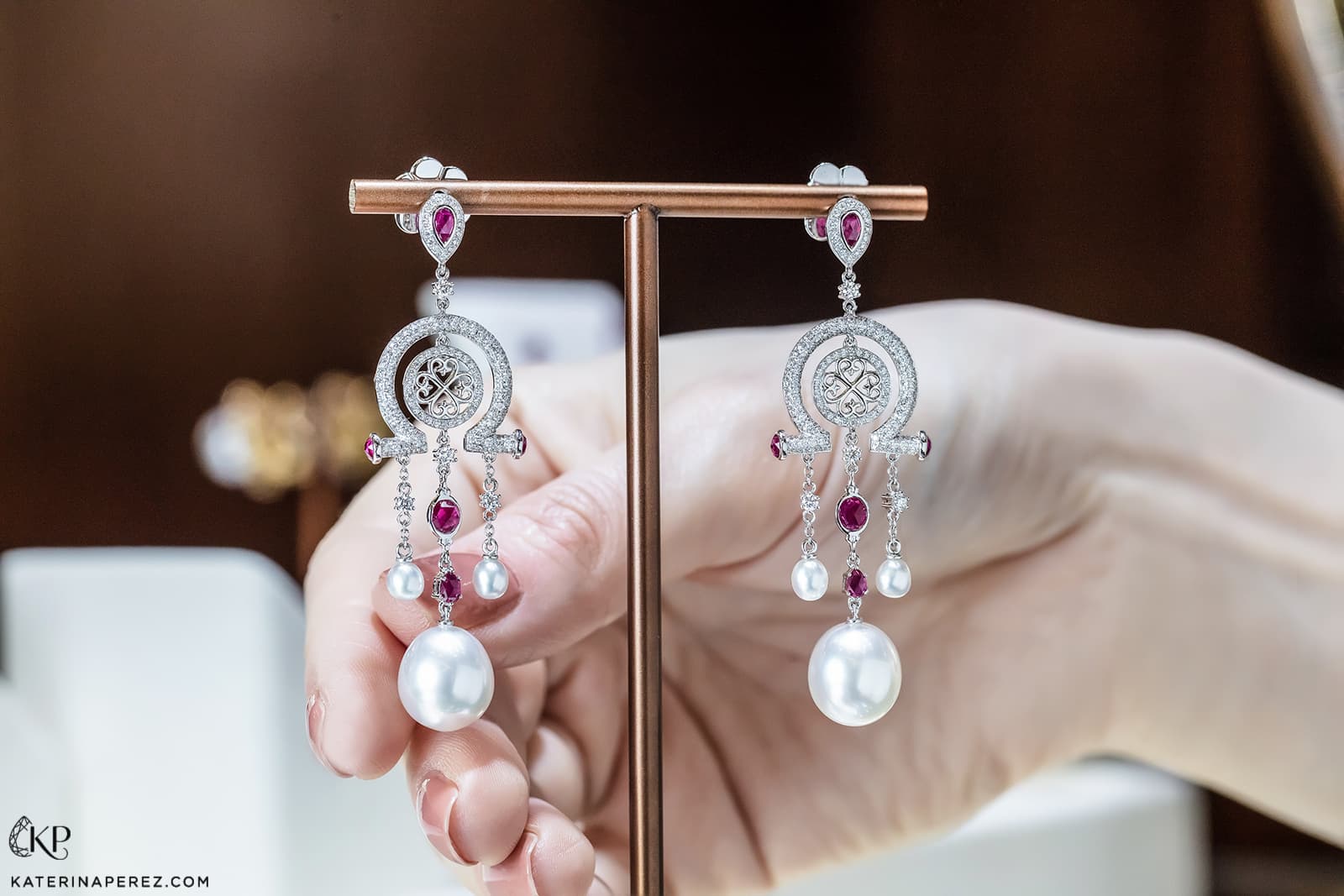 “The most complicated item in the collection to make was a necklace with a mosaic motif comprising 46 South Sea pearls. It was incredibly difficult to create, as all the pearls had to match in shape, size, colour, variety and shade, which also takes a lot of time,” explains Marketing Director Ruby Autore, daughter of the company’s Founder Rosario Autore.

To complement the enigmatic lustre of the pearl, precious stones are dappled throughout the collection - again with an eye to their symbolism. It has long been believed that emeralds protect against infidelity and danger, improve memory and intelligence; diamonds are stones of victors; turquoise heals, bringing happiness and good luck; lapis lazuli is characterised by cleansing and healing properties, and also contributes to enlightenment. 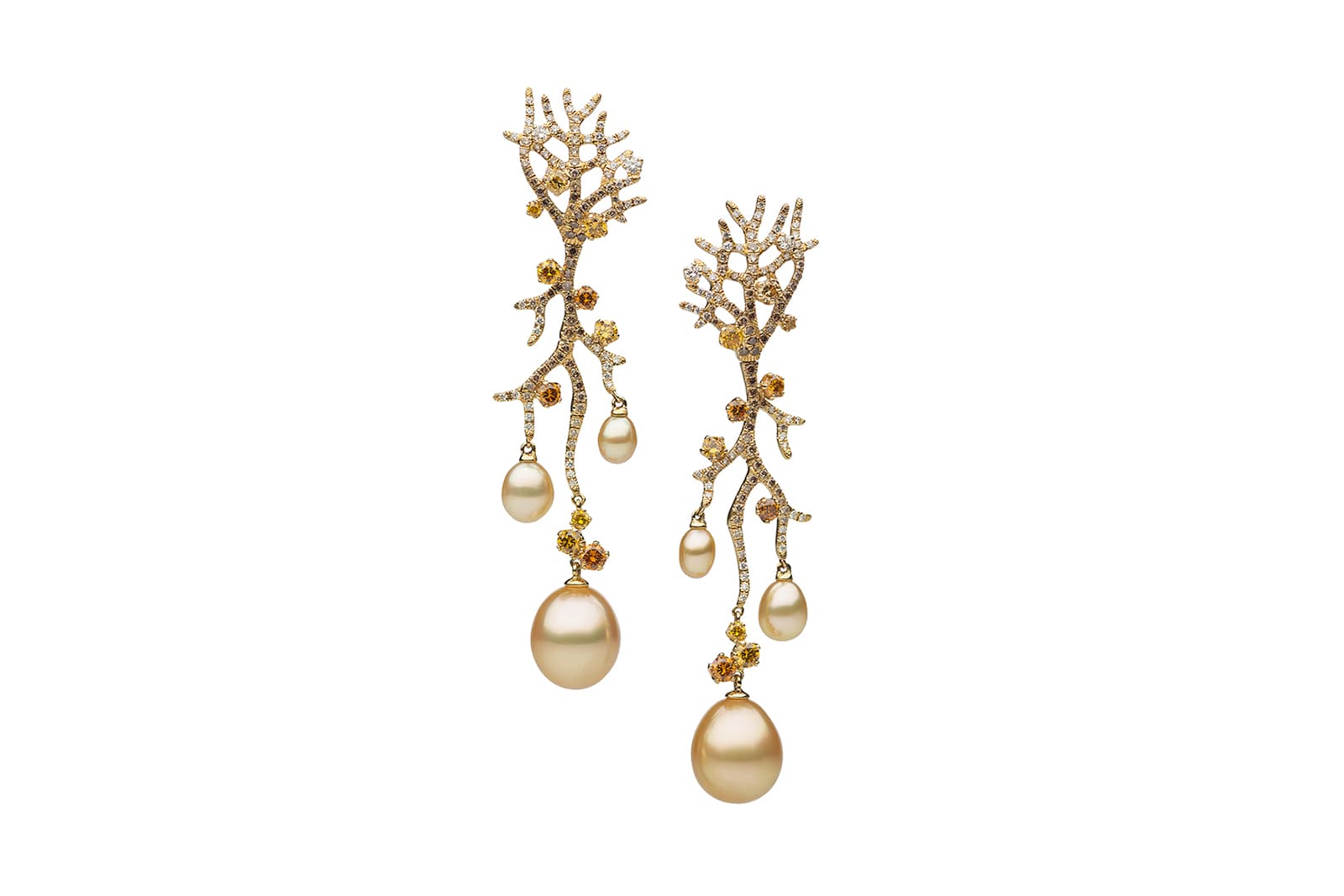 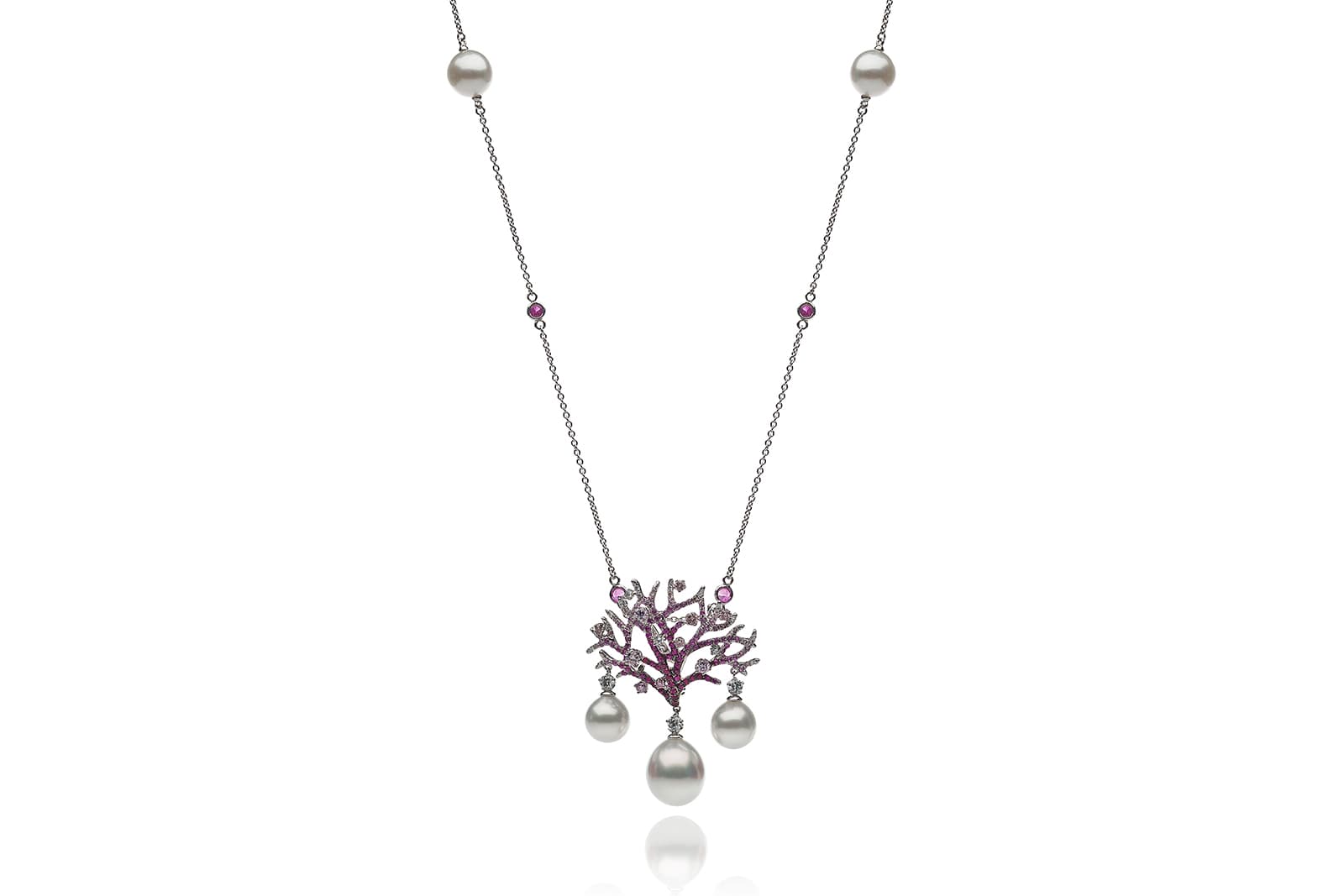 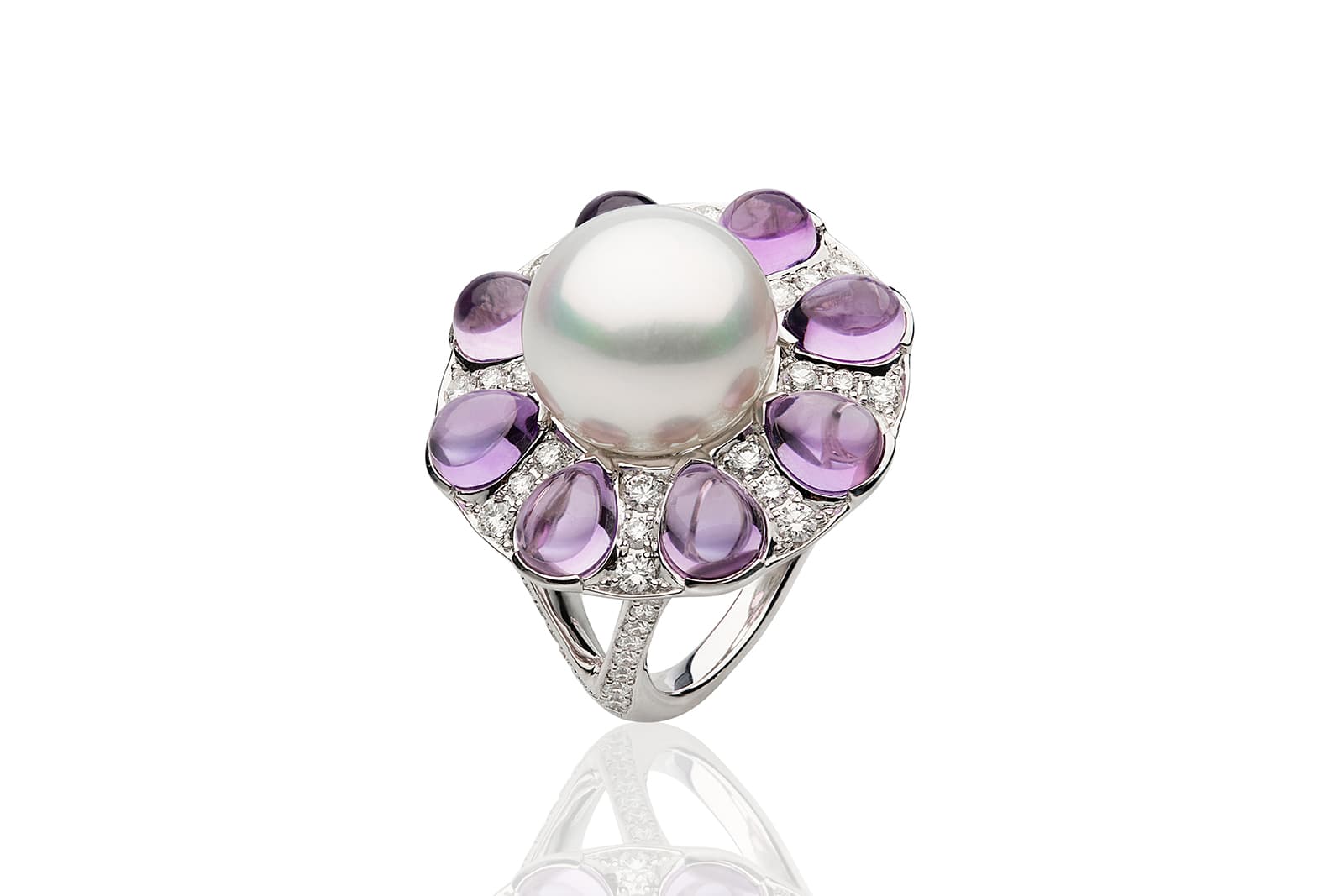 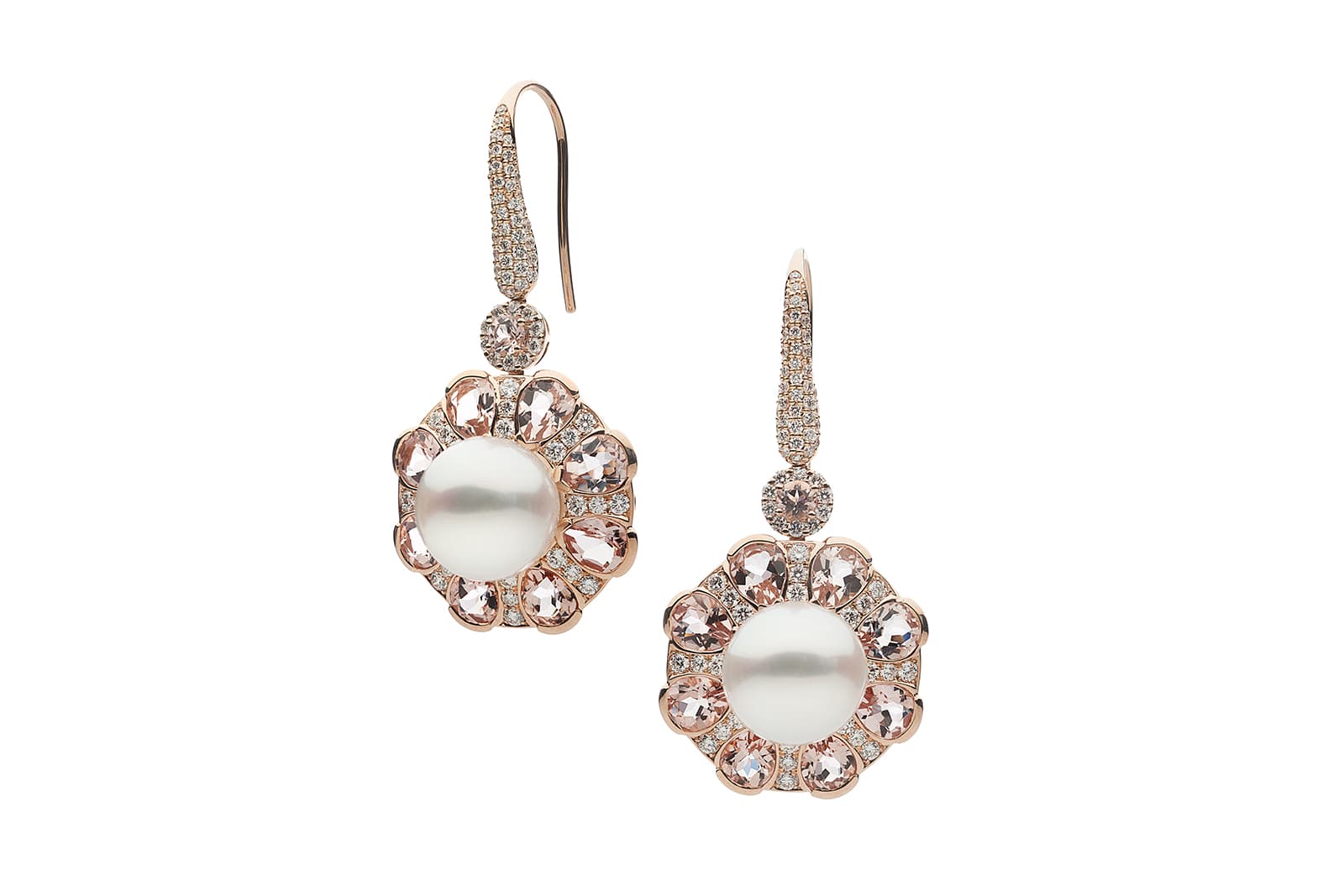 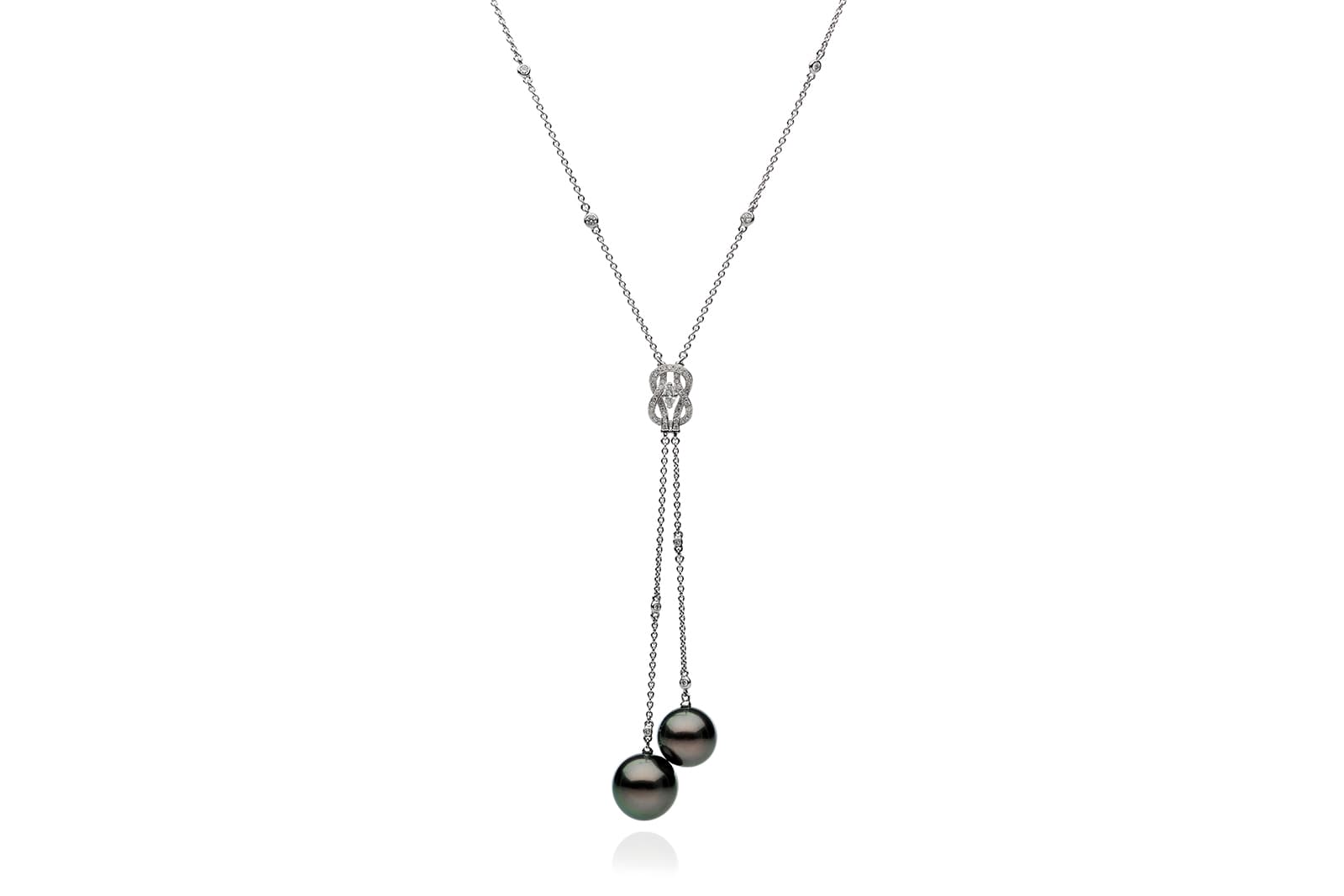 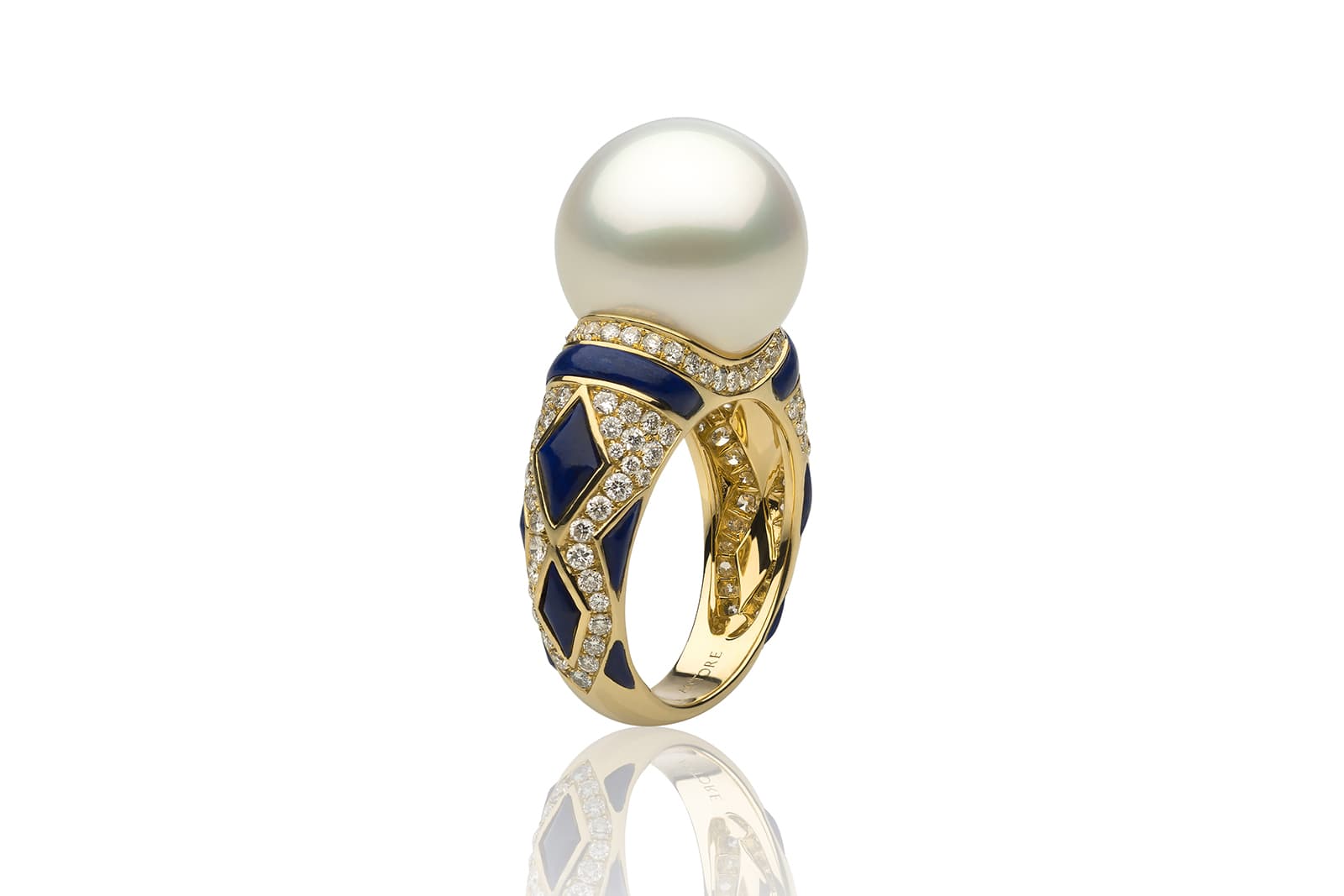 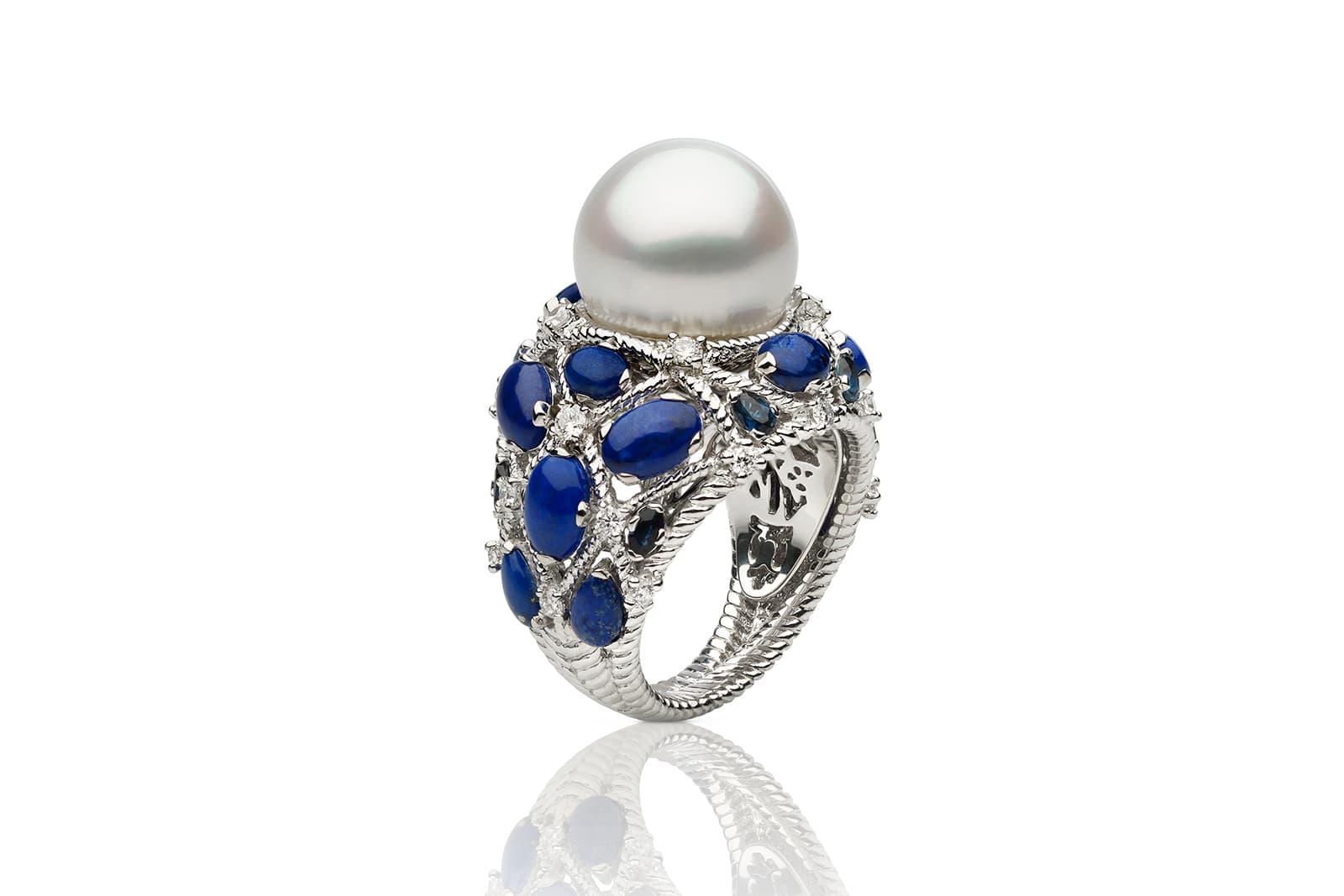 The jewellery showcased in this article is only part of the extensive collection - I decided to talk about these now so that you can excitedly anticipate the official presentation of the collection in September 2019. Autore is also preparing several high jewellery pieces specially for this presentation, which I will share with you in the upcoming months.

SPECIAL THANKS: AUTORE FOR SPONSORING THIS ARTICLE