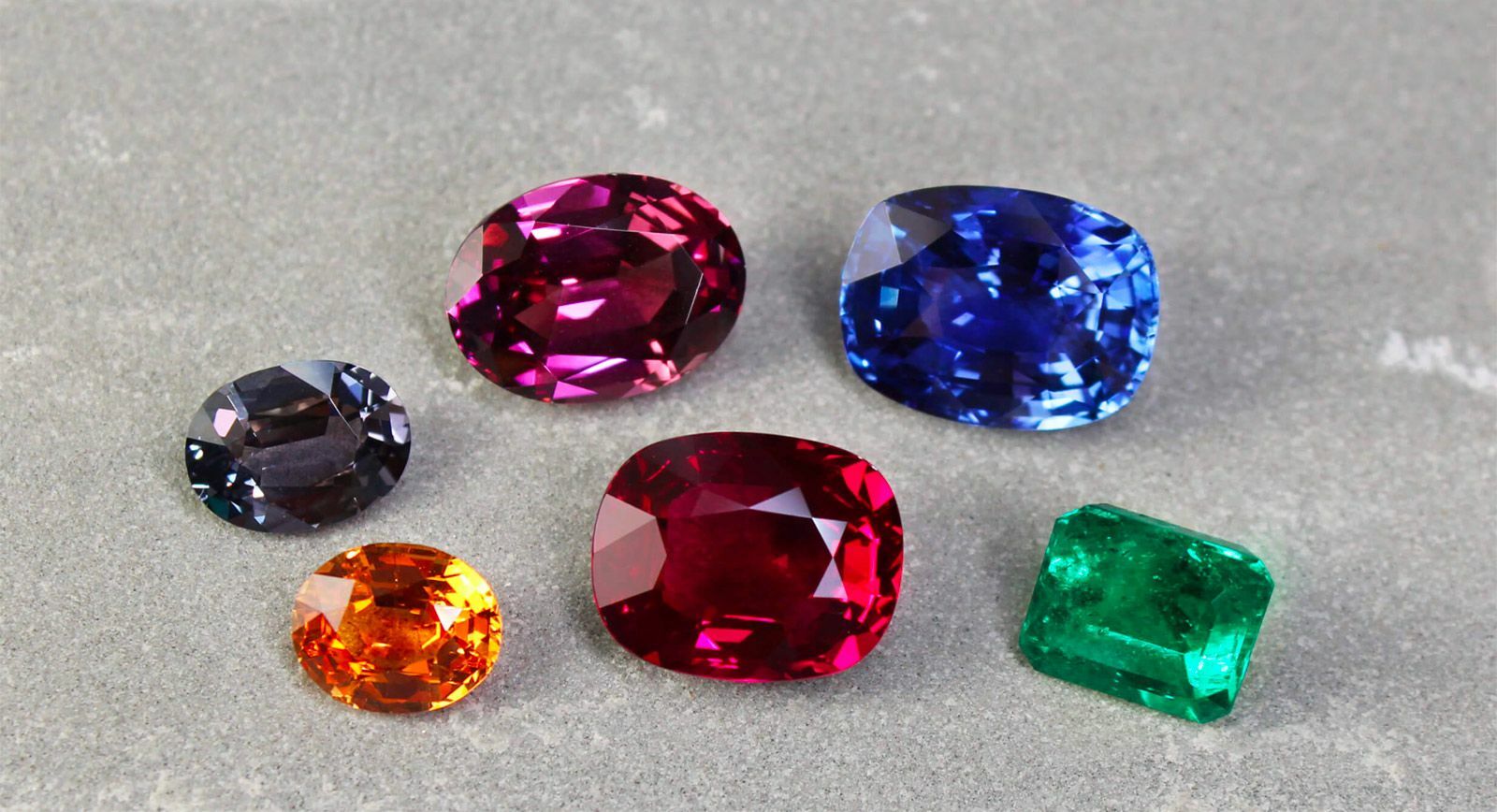 Red, yellow pink and green, orange and purple and grey – it looked as though all the colours of the rainbow had been assembled in the display by Haruni Fine Gems at the GemGenève exhibition. It was May 2018 in Geneva where I first discovered this treasure trove belonging to Richard Haruni - and encountered a rich palette of sapphires that stretched far beyond the boundaries of the dark blue hue which we are all used to. Returning to London, I visited Haruni Fine Gems in their Hatton Garden office to speak to Richard about the significance of coloured gemstones in jewellery art.

“For a long time now, whenever jewellers have wanted to show off their skills they’ve used colour; whenever they have wanted to focus on the price tag, or show off the size of a stone, they’ve gone for diamonds. Diamonds make a numbers headline, but coloured stones make a statement; reserved for when jewellers want to express their creativity and attract attention,” says Richard, as I cast my eyes over the gemstones displayed in his office. 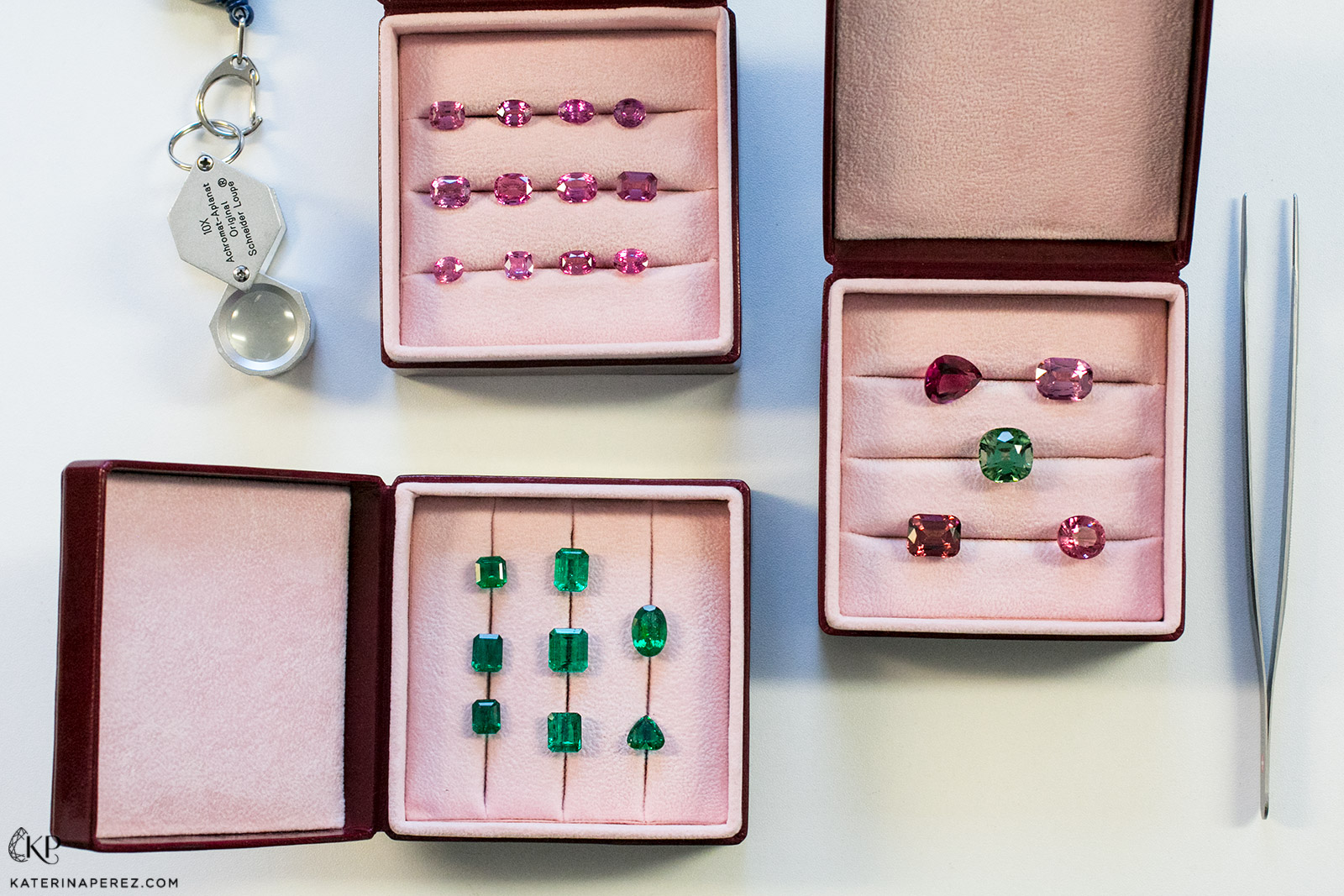 Haruni Fine Gems specialises in sapphires and rubies, which jewellers and designers purchase from this second generation of the Haruni Fine Gems family. “My uncle Elie started the business and got my father Mat involved. Initially from Persia, my family moved to India and eventually to England as my uncle understood that there was a business in bringing coloured stones from their original source to the jewellers here. Eventually, he and my father started to bring gems to Europe from Bangkok in the sixties, and worked with renowned maisons such as Van Cleef&Arpels and David Morris,” explains Richard Haruni, as he places boxes bursting with precious stones in front of me. 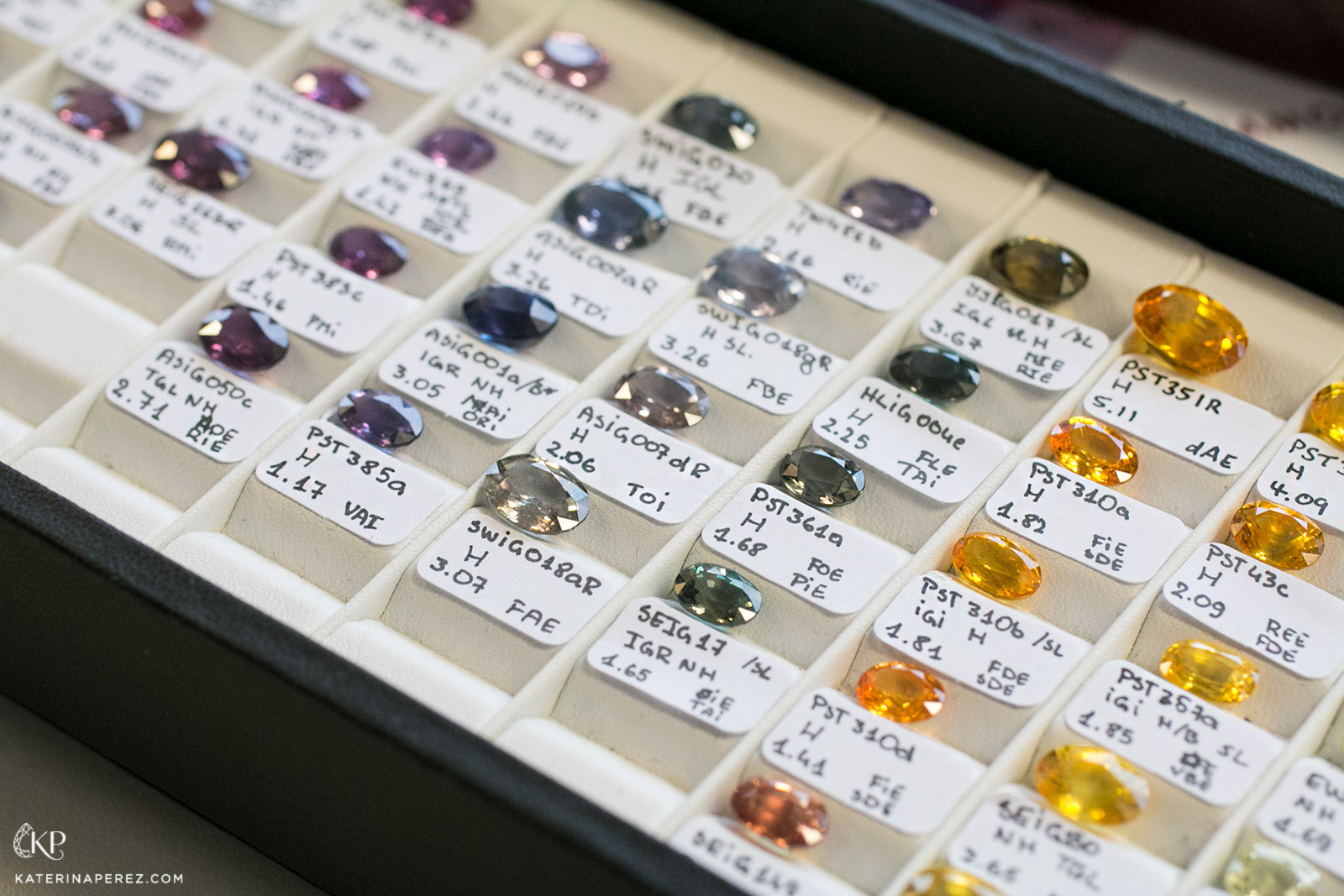 To begin with, I was shown a collection of abstract layouts comprised of dainty fancy coloured sapphires. The few dozen stones in each selection were sorted by colour, smoothly transitioning from one to another: from brick red to peel orange and lemon yellow, from plum purple to rose pink and silver grey, from raspberry red to pinkish and beige. Next, I was introduced to a set of more significant corundums, which displayed an enormous spectrum of different colours before I turned my attention to a collection juicy rubies in various carat weights and cuts. 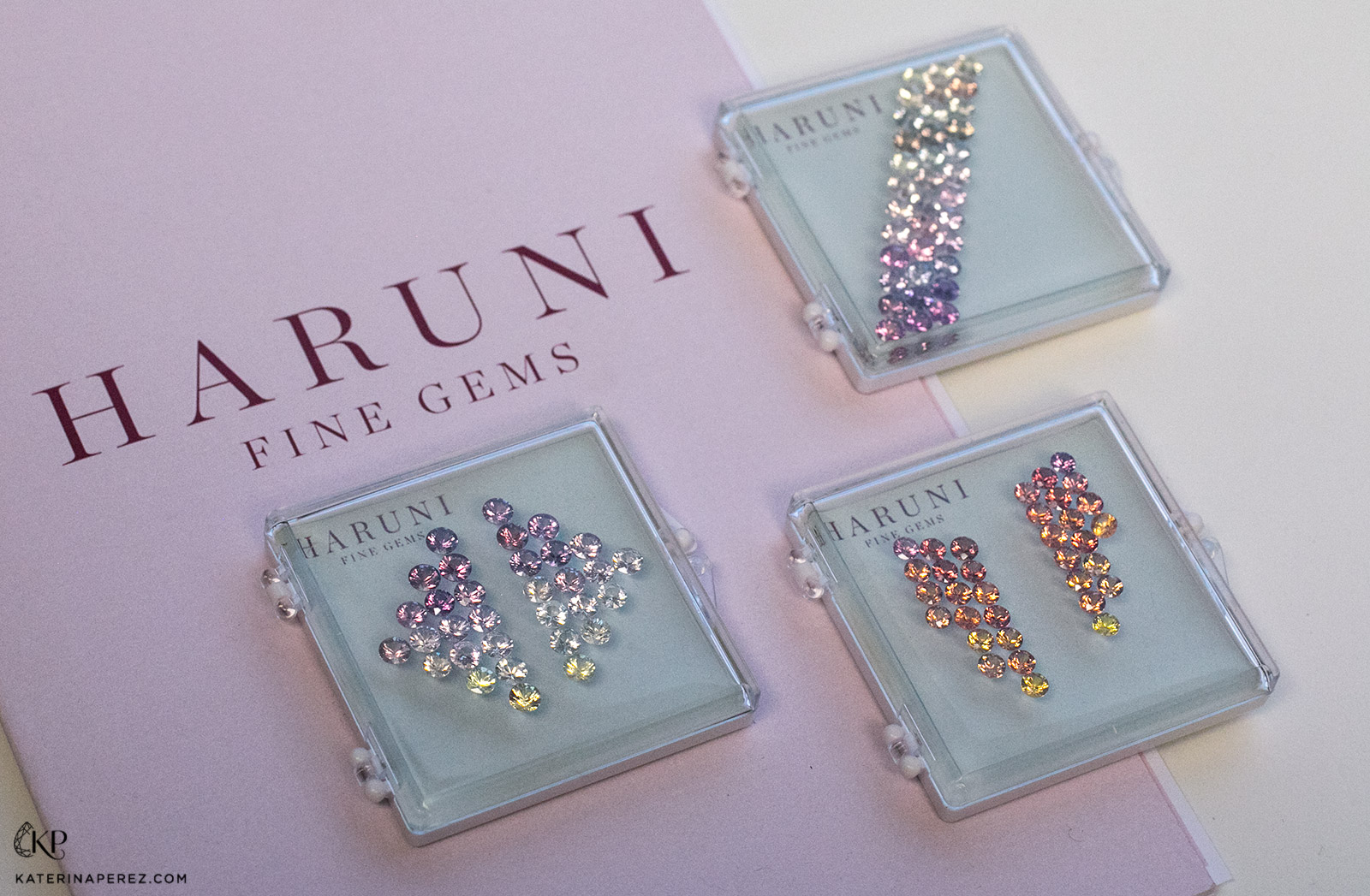 These glittering jewels garner a lot of attention, due to their commotion of colours and enticing sparkle. Observing how I examined the gemstones with fascination, Richard commented: “when you think of bling, you think of big colourless diamonds – that is what this word is associated with. Diamonds have benefitted from an enormously successful marketing strategy by de Beers throughout the last century, while coloured stones remain a much more artisan business - with small producers - favoured by small associations, and appreciated by small groups of people; they are almost nomadic and transient, without a single body that can actually oversee them all. Only Gemfields is trying to create a similar campaign for the coloured gemstones industry - meaning that it’s up to the brands themselves to promote colour and increase the desirability of stones other than diamonds - which is a tough ask.” 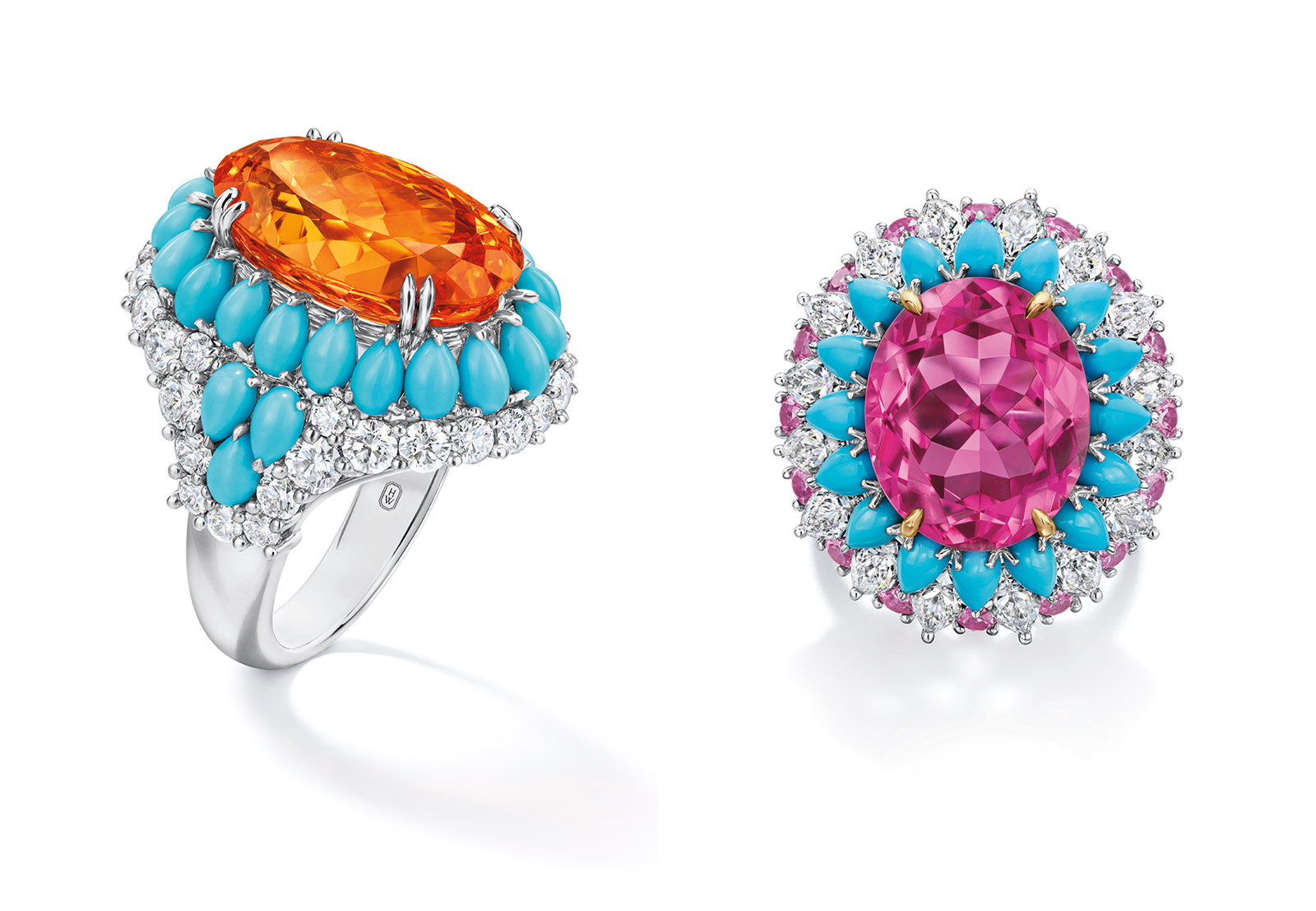 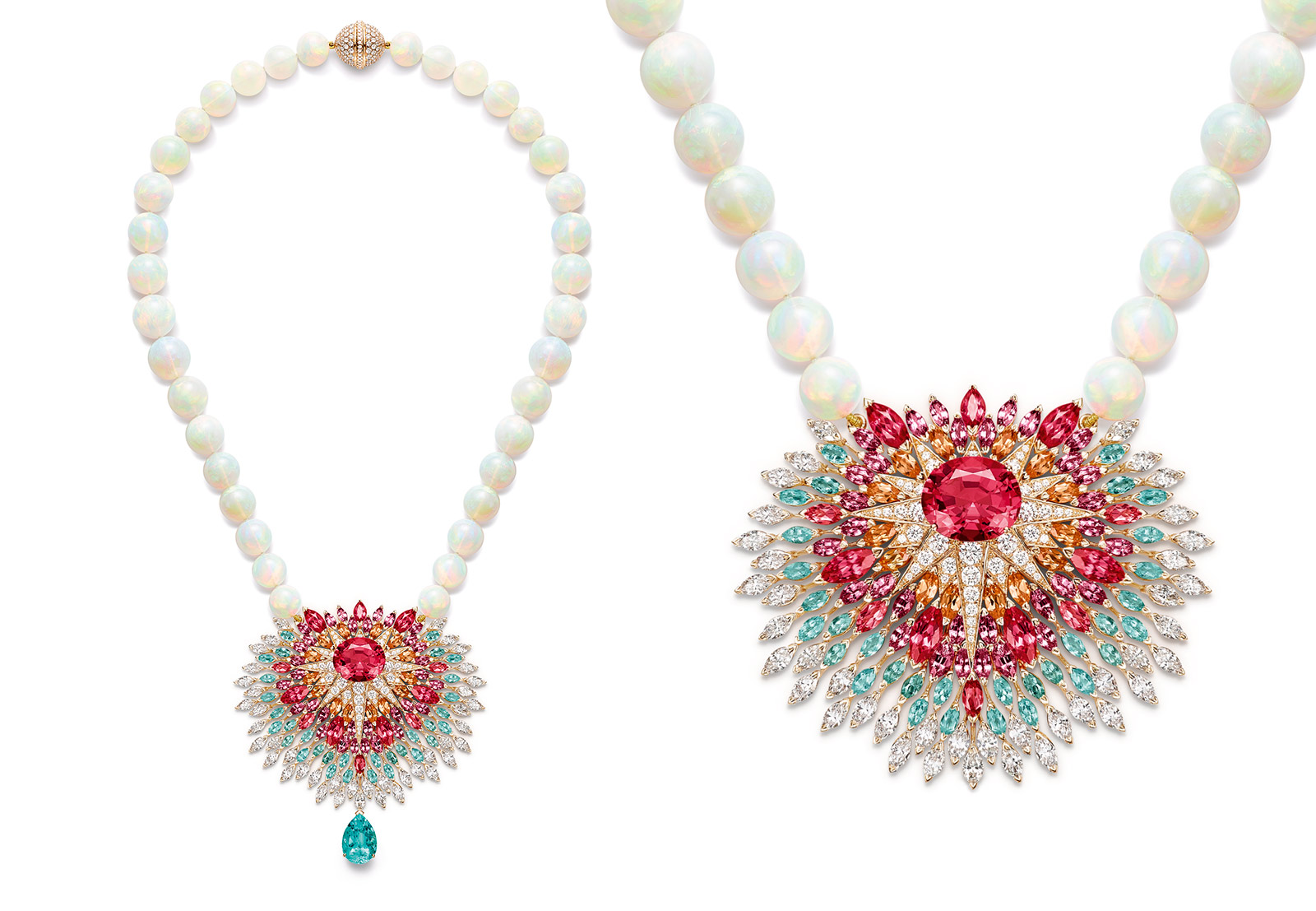 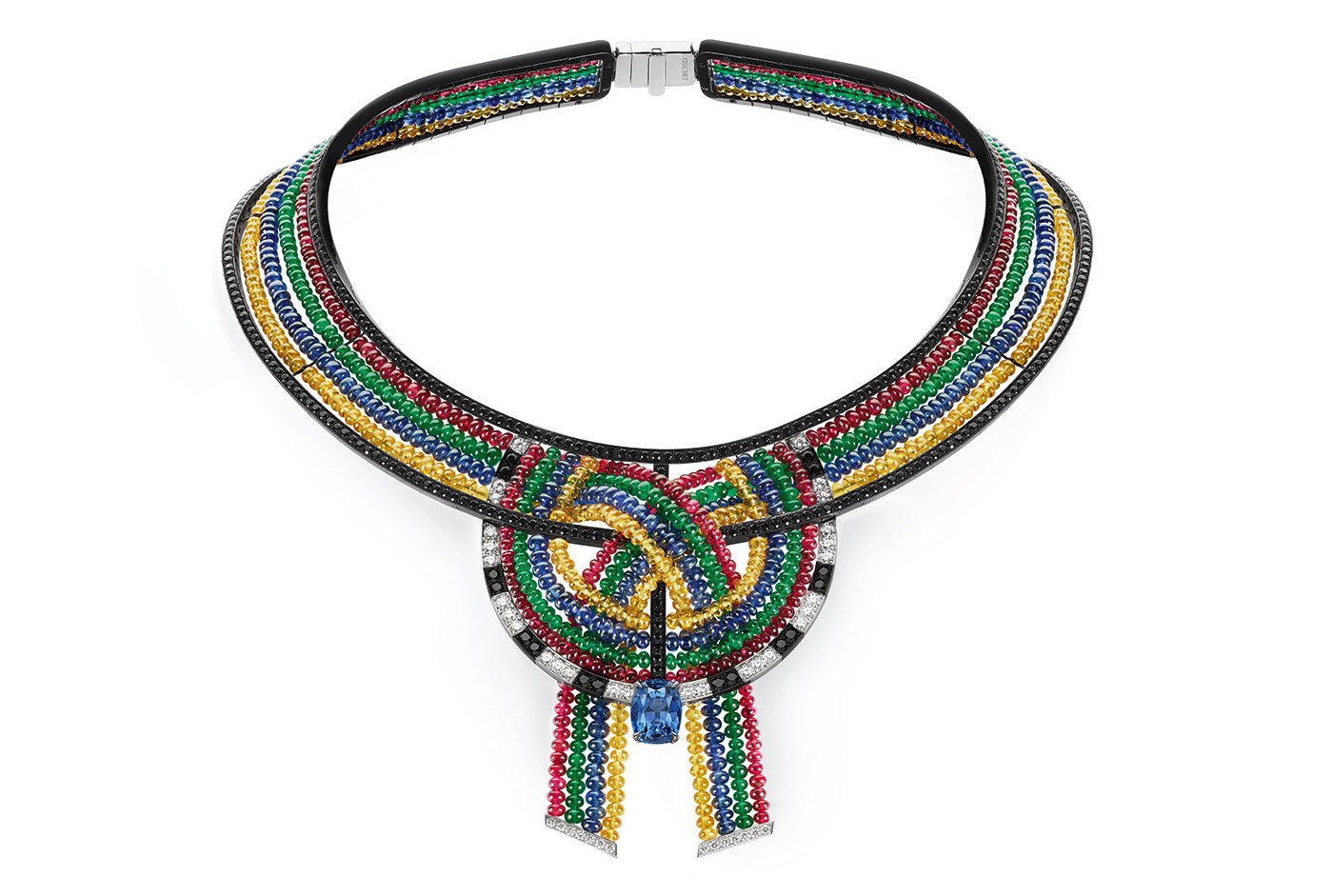 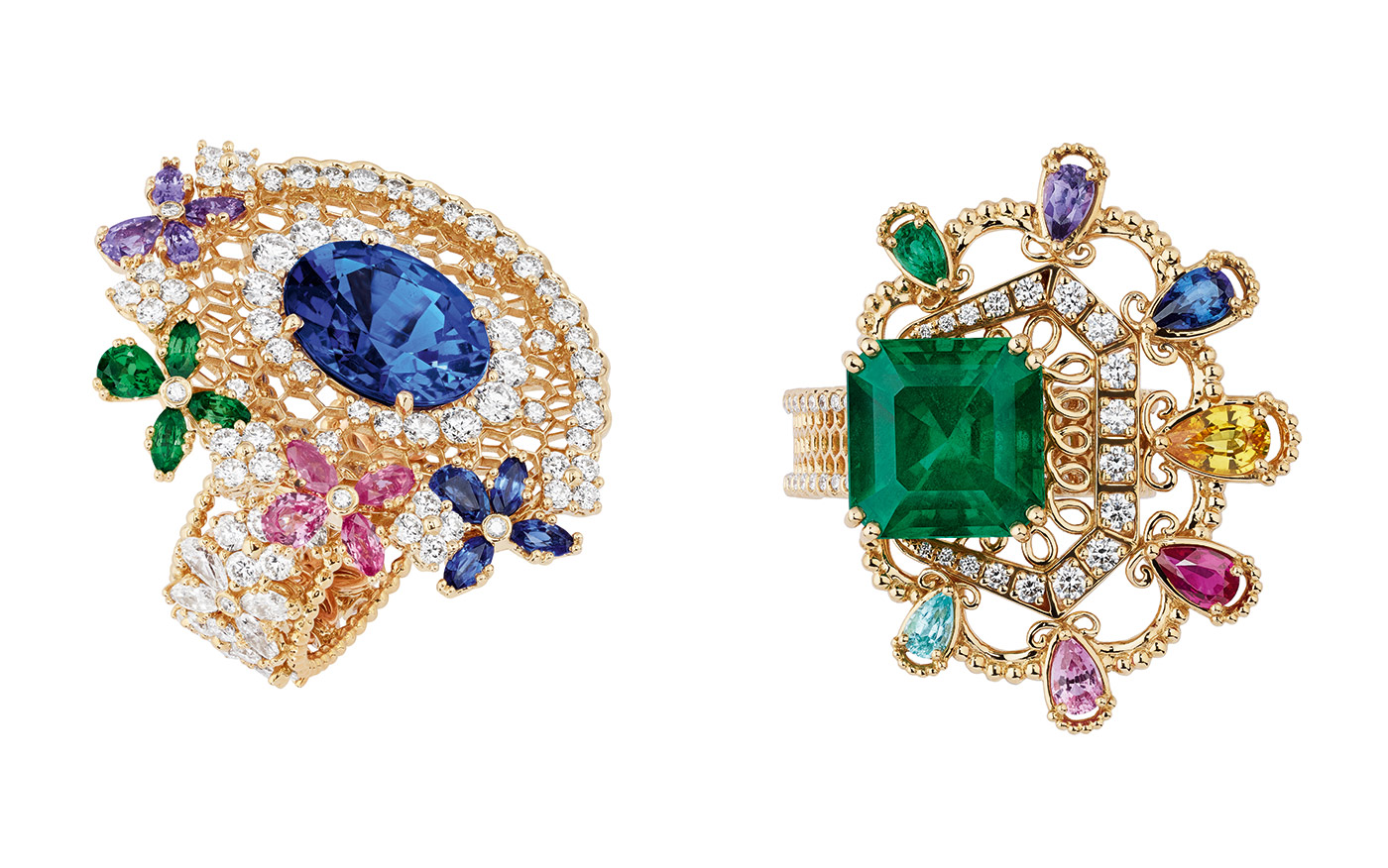 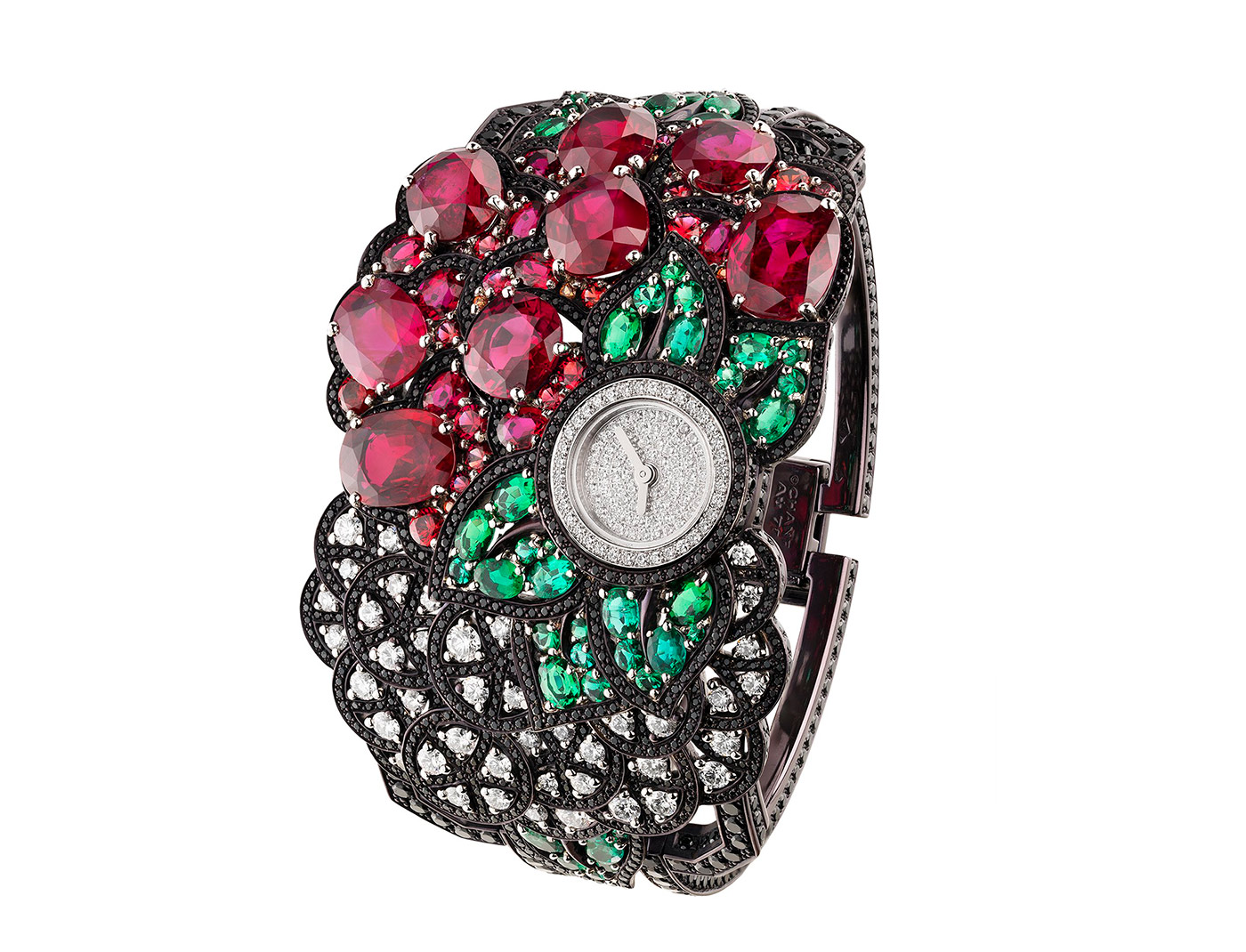 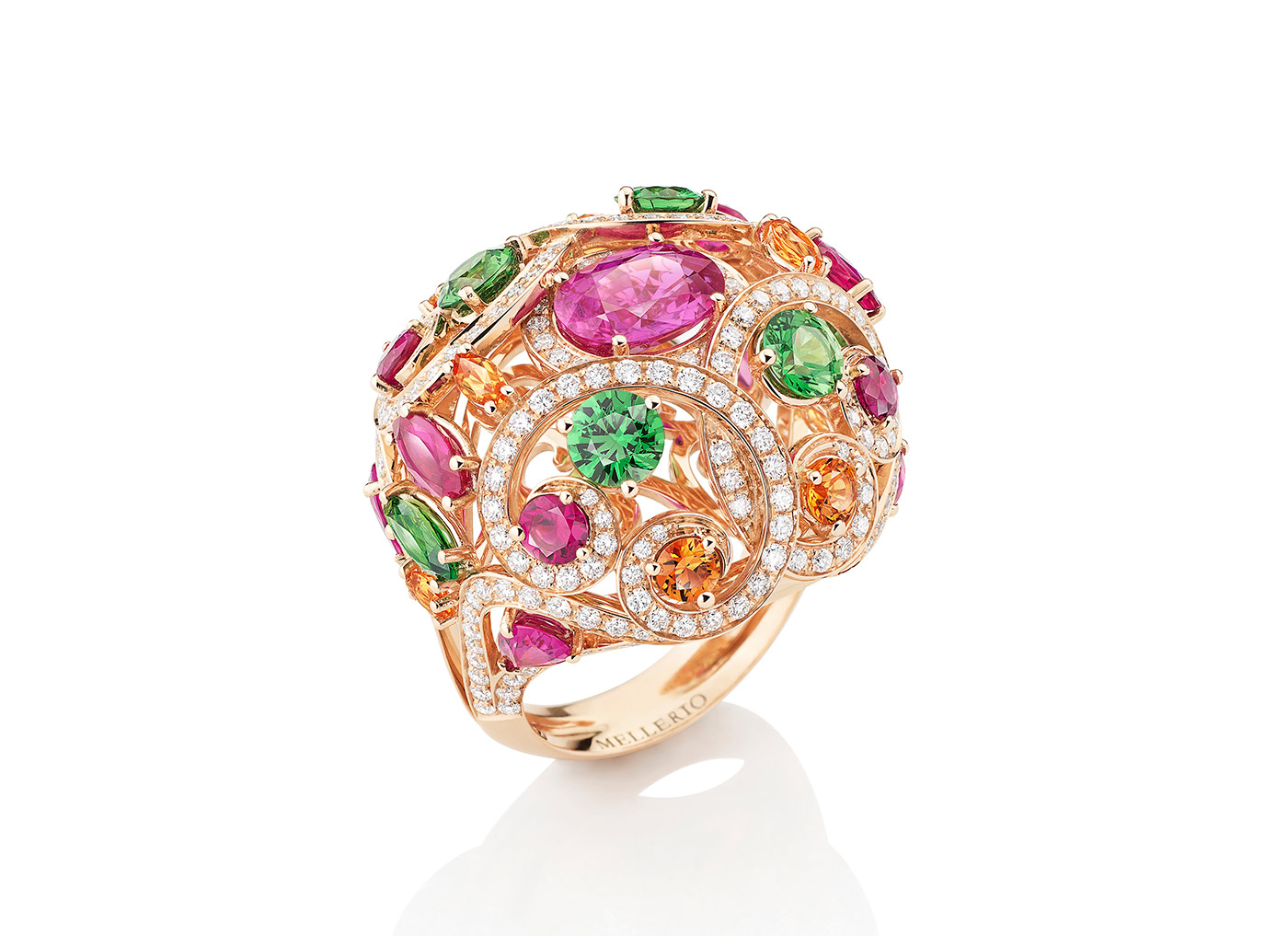 That said, demand for coloured gemstones has steadily grown; especially considering the increasing popularisation of spinels, garnets and tourmalines of all hues. Three years ago, I was asked to name a jewellery trend with longevity and I replied: the use of a rich palette of precious stones. The collections of prominent jewellery maisons Piaget, Van Cleef&Arpels, Chopard and many others had started to shimmer with stones that could at one time only be found lingering in the shadows of more well-established classics: sapphires, emeralds and rubies. 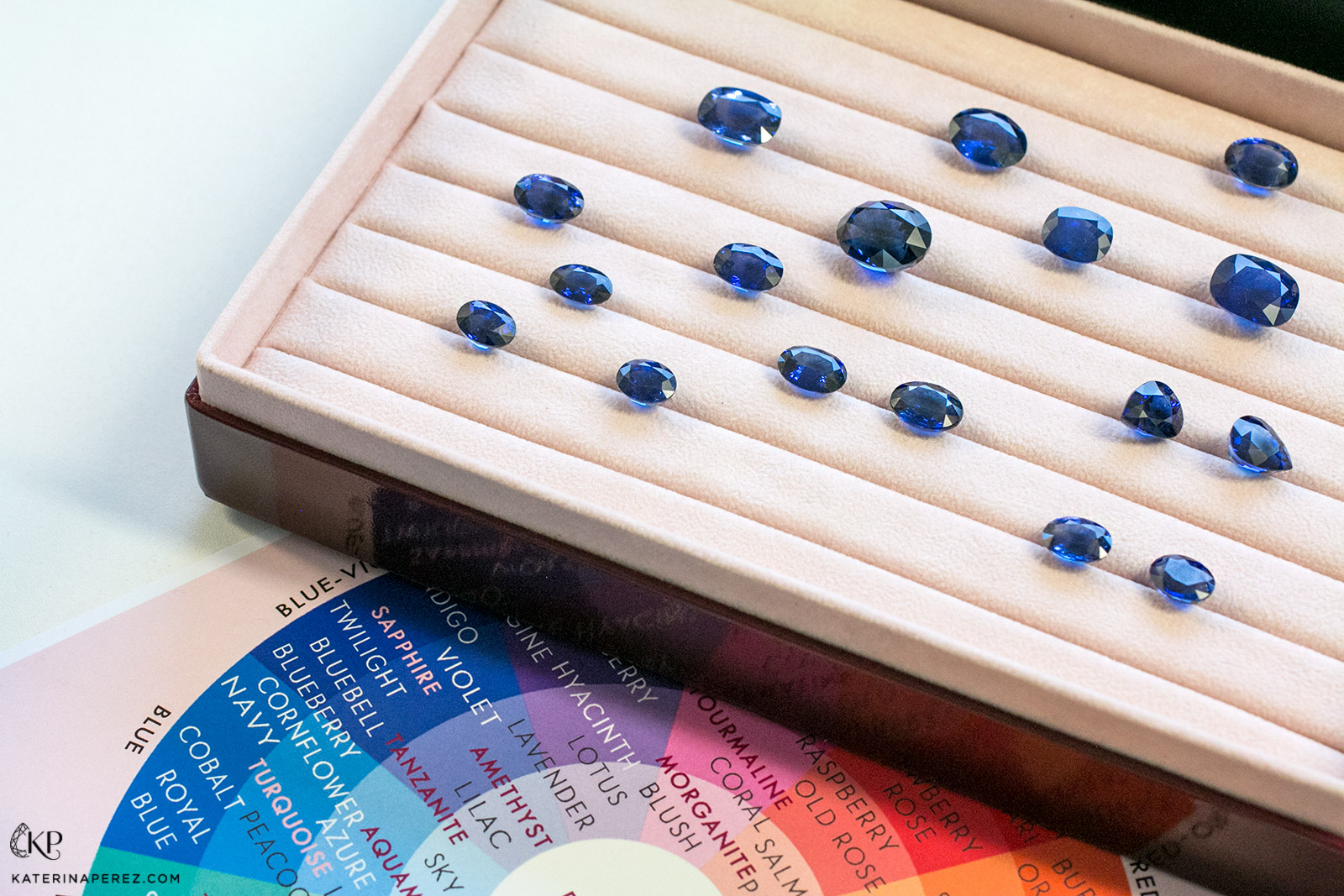 “A lot of French and Swiss brands inject colour into their jewellery to make a statement,” said Richard, supporting my three-year-old prediction. “But now, they need to work on endearing coloured gems to their clients. There are so many ways of celebrating colour, but sales people might feel that they are not equipped to do it.” It’s undeniable that when the average person is looking to make a fine jewellery purchase - except in very rare cases – they are not going to be au fait with the professional terms ‘fancy vivid’ or ‘fancy intense’; used by the workshops, certifiers and designers that describe the stones. It is difficult for a buyer to understand all the intricacies of this jargon; descriptive words such as, ‘lemon’, ‘saffron’ or ‘canary’ convey true gemstone colours in a much simpler and more efficient way. 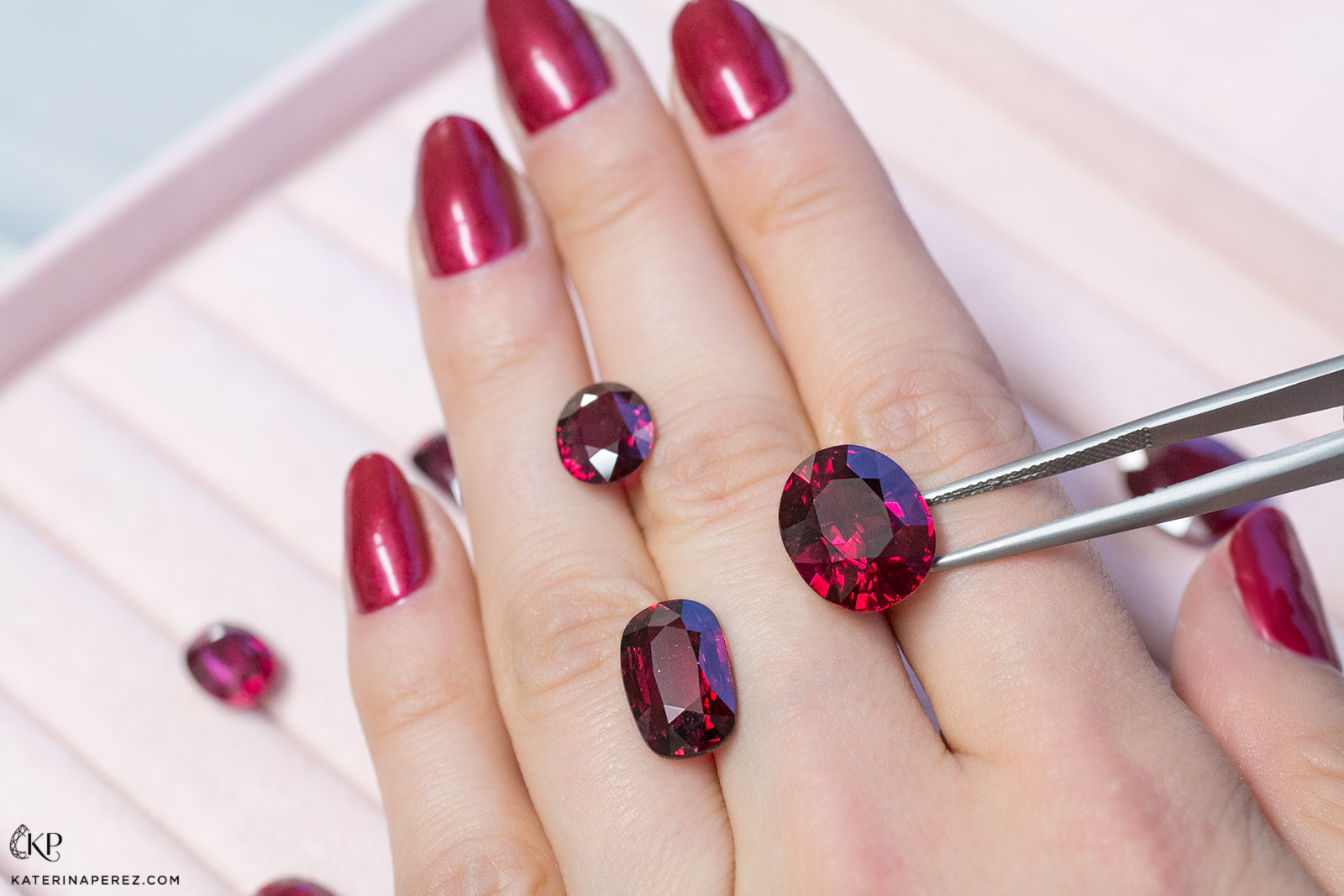 “If I say to you that a gemstone is lemon yellow, sunflower, lagoon or peach, I think you would immediately comprehend the colour which I’m talking about. What consumers are often looking for are these real colours - as these examples communicate the idea of sunny places, warmth and enjoyment, as opposed to just the technicalities,” says Richard Haruni. 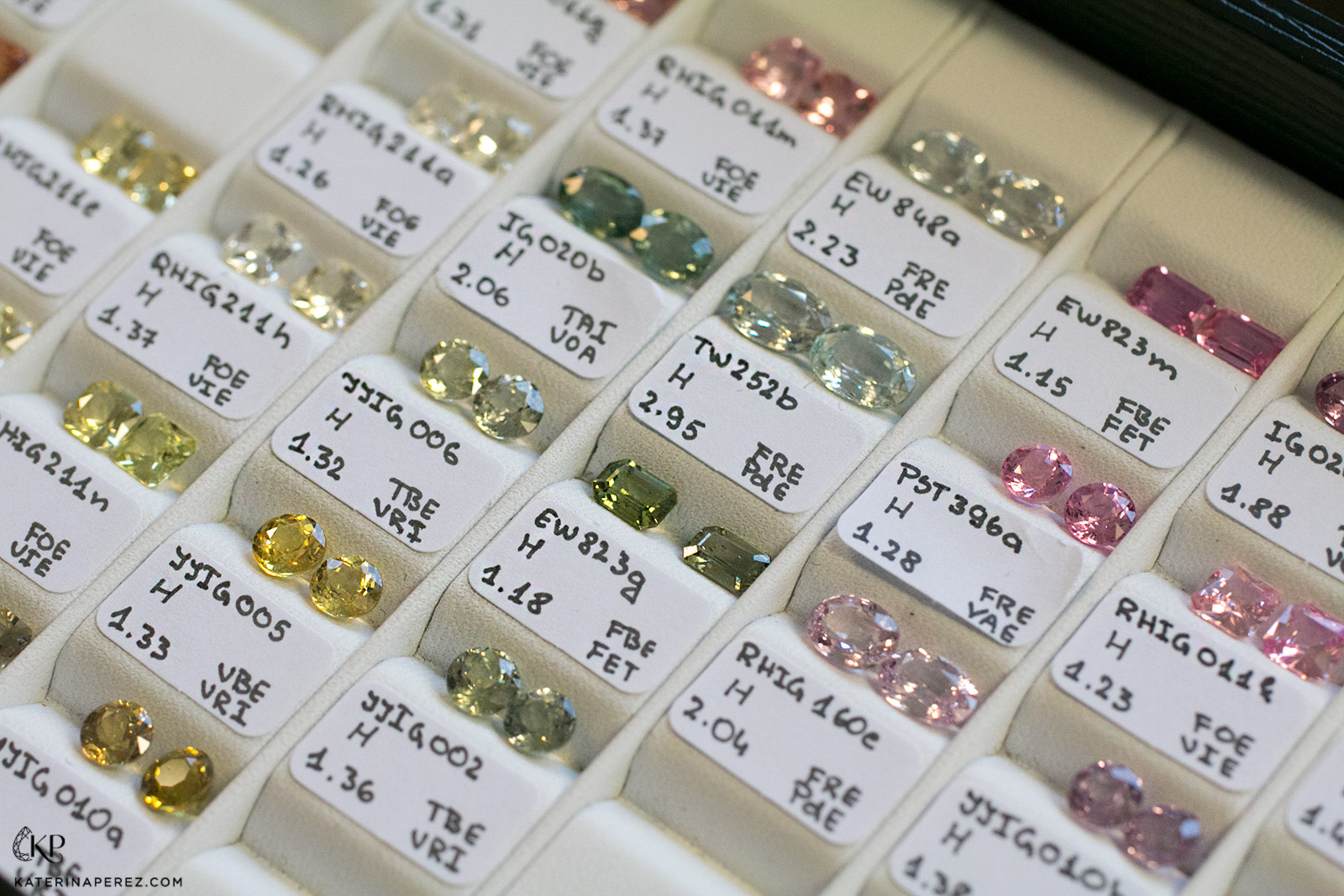 To help salesmen find a common language with their customers, he has invented a colour wheel specifically for gemstones and a ‘Master Card’: a case filled with gradating specimens of basic gemstone shades. This means that if a client wants to buy something with an orange stone, he can look at the colour wheel and understand that there is a choice of topazes, fire opals, sapphires or garnets. “It gives a jeweller the opportunity to fill in some of the knowledge gaps that the client might have, and to show them other options that they may not have thought of. They can have that conversation in an organic way, and our goal is to equip brands to sell colour.” 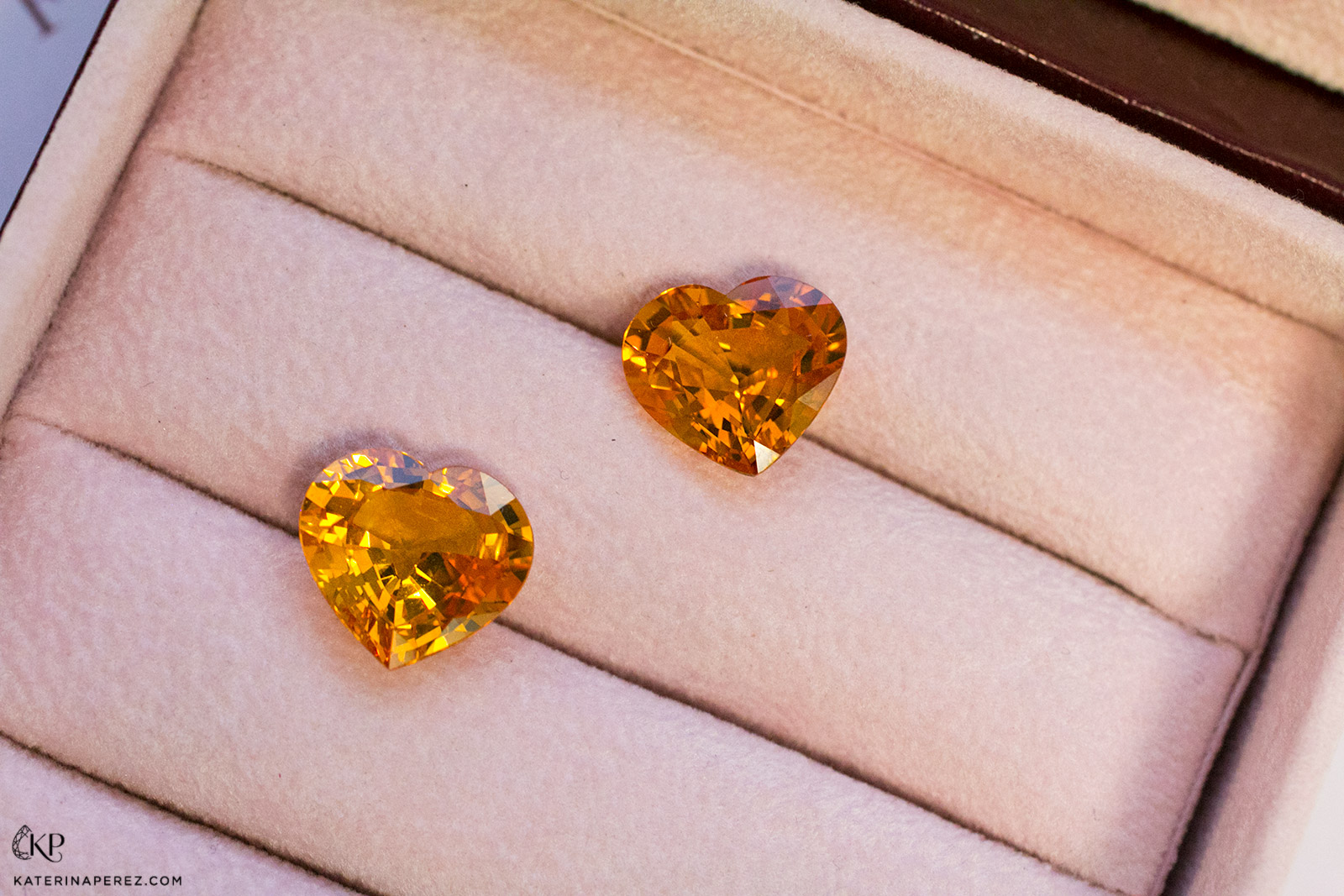 The time when gemstones were split into precious and semi-precious, and when and diamonds were considered the only truly profitable investment in jewels has passed. Moving forward from preconceived ideas and to paying attention to the beauty of each individual stone in its own right is the future of the gemstone industry. This way; we can appreciate that the carat weight is far from the most important factor when it comes to choosing precious stones - and that as well as sapphires, rubies and emeralds - there is an enormous wealth of gems that are worthy of our attention.

SPECIAL THANKS: HARUNI FOR SPONSORING THIS ARTICLE