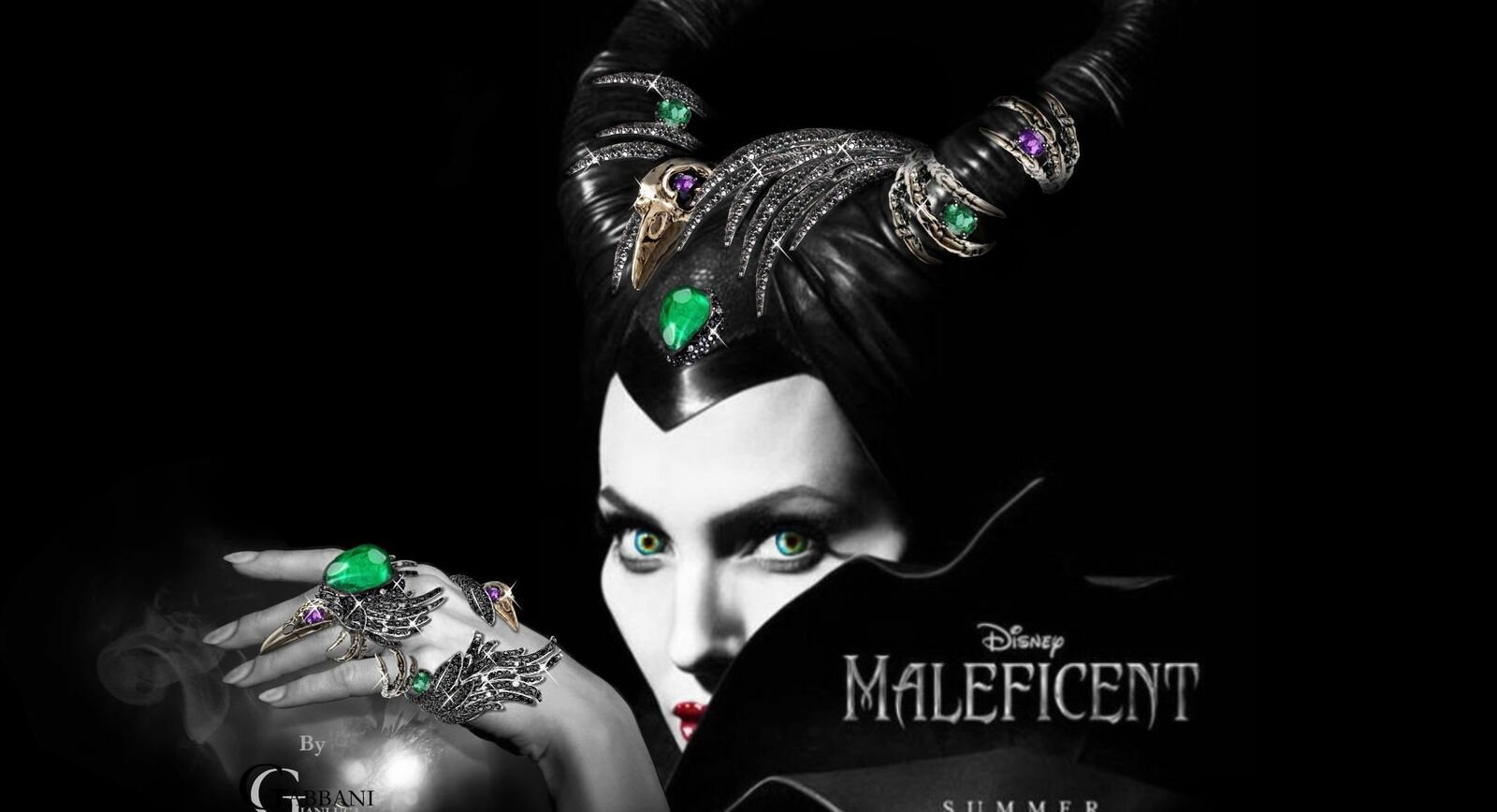 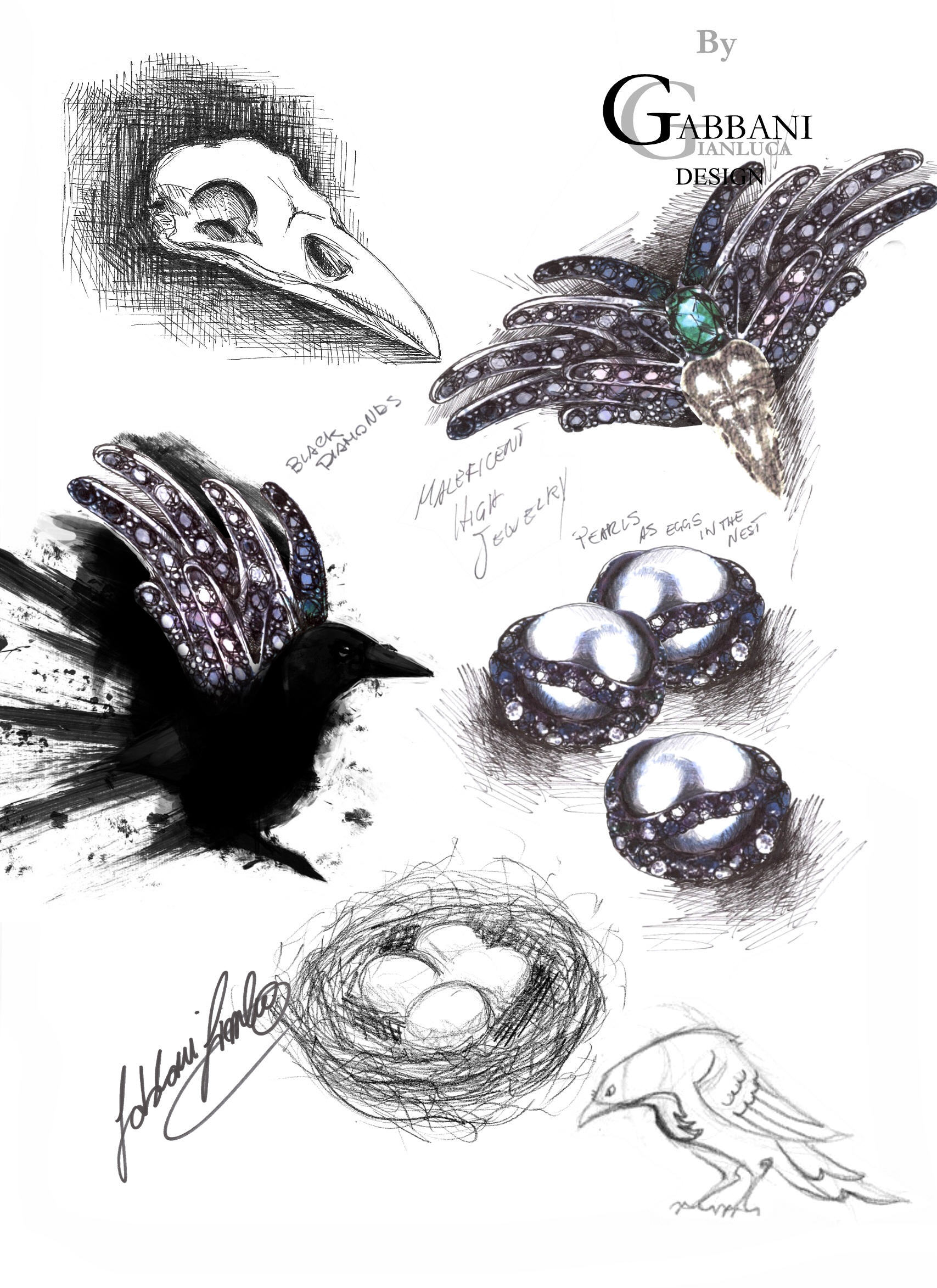 The film Maleficent, which stars Angelina Jolie in the leading role, opened in cinemas today. The blockbuster is based on the fairy tale Sleeping Beauty and Jolie plays the role of the evil sorceress.

The actress’ beauty coupled with Maleficent’s sly nature makes for a character that is as beguiling as it is terrifying. She’s certainly powerful enough to have bewitched Italian jewellery designer and the winner of the Gold Talents Gianluca Gabbani, inspiring him to create a ring bracelet and a headpiece that looks like crows frozen mid-flight with their wings stretched out. Wearing these, Jolie would, I think, look even more powerful.

“Maleficent is a fascinating figure,” says Gabbani. “I would prefer to see her wearing jewels that resemble her character. She is a true queen, even if she is an evil one.”

For his design, Gabbani has chosen contrasting colour palettes of black and white tones that have been mixed with a poisonous looking green and a bright violet. Emerald cabochons on the spine and in the raven’s claws match Malificent’s eyes, whilst violet amethysts and black diamonds are to go with her attire.

Gabbani justifies his desire to create jewels for the devious villain rather than the sweet princess Aurora by saying that baddies are not necessarily less attractive than goodies.

“I am not a bad guy, but good characters can sometimes be boring,” comments the designer. You can’t really disagree with him. KP

P.S. What do you think of the design? 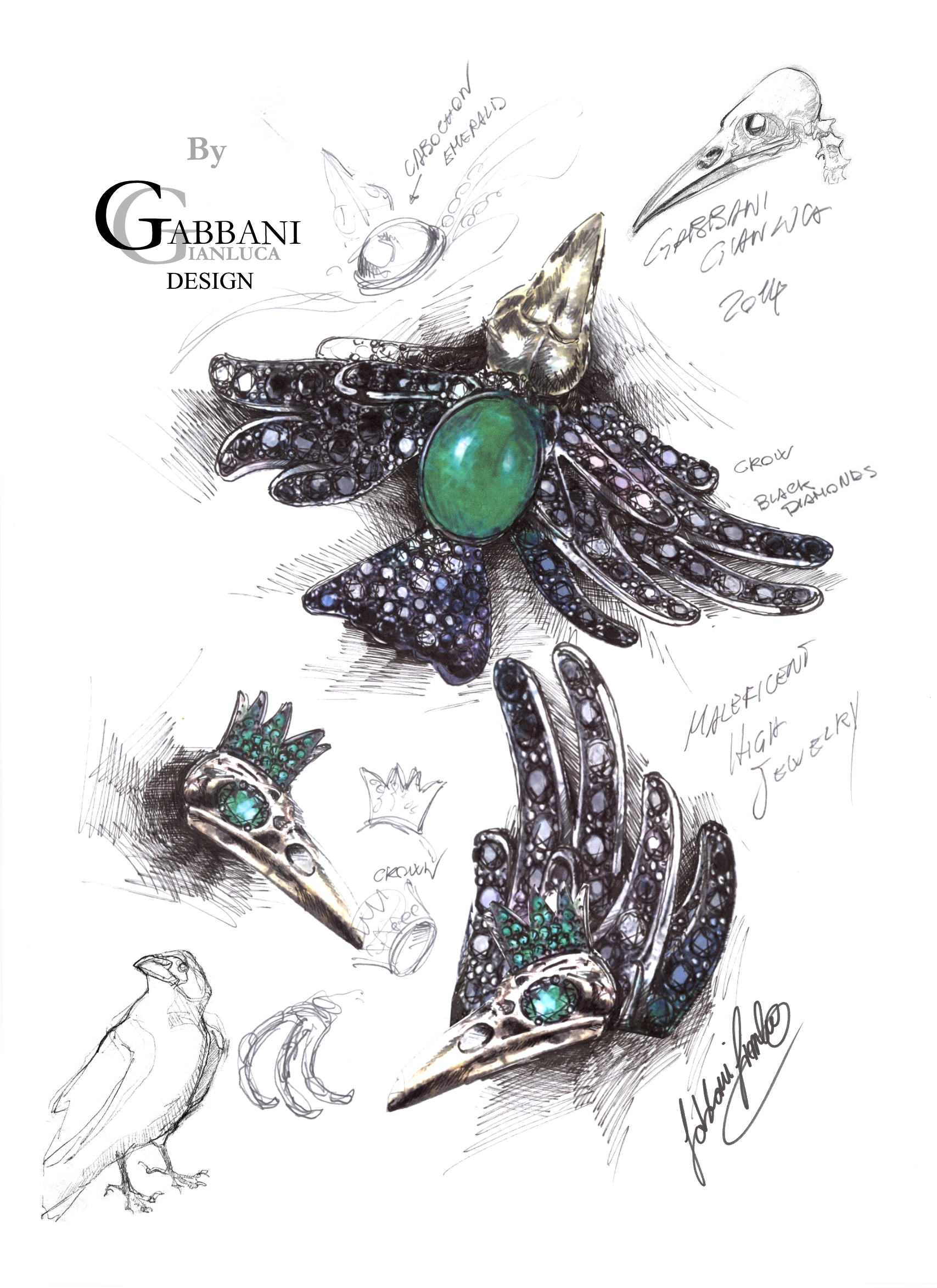 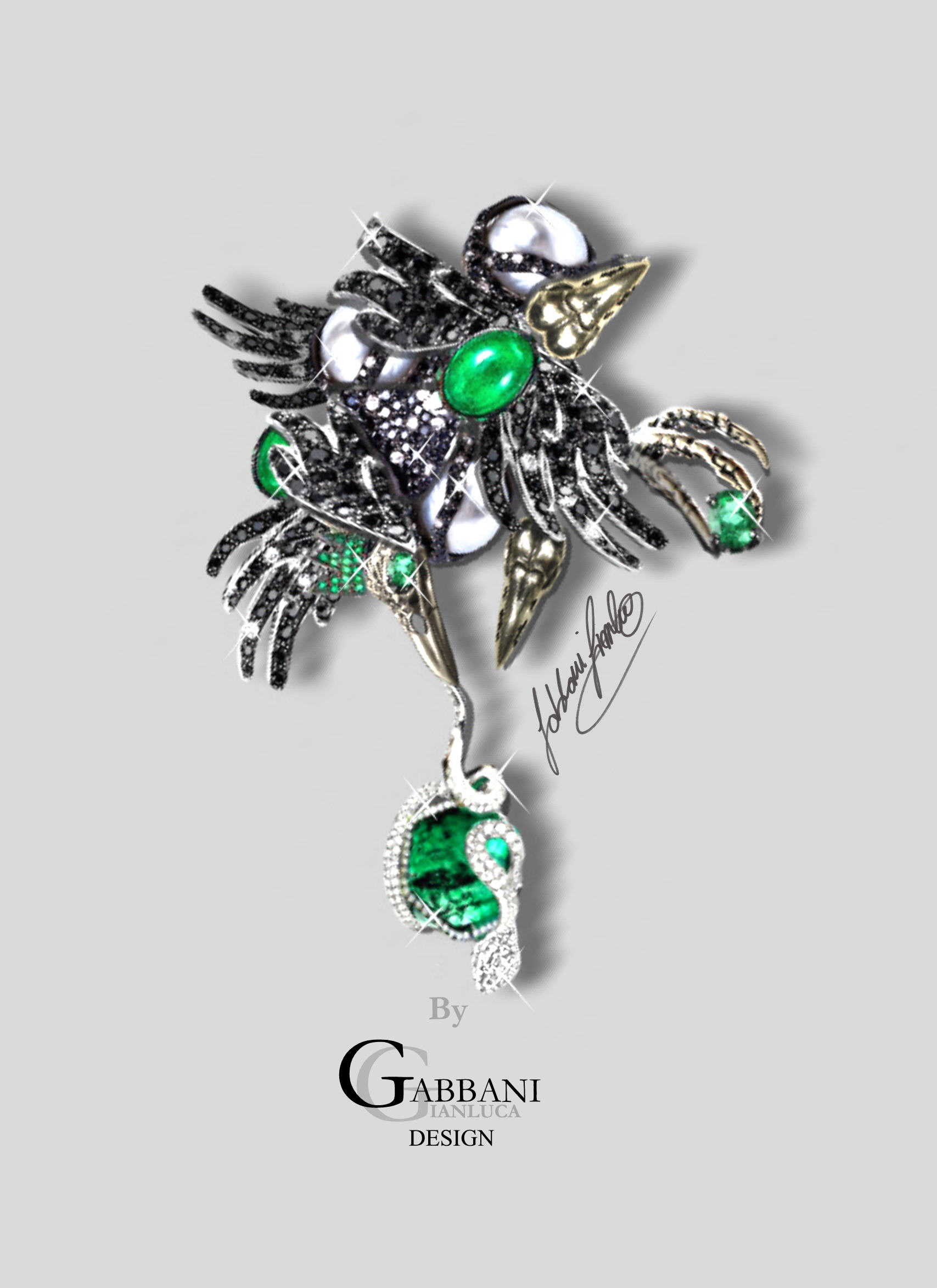