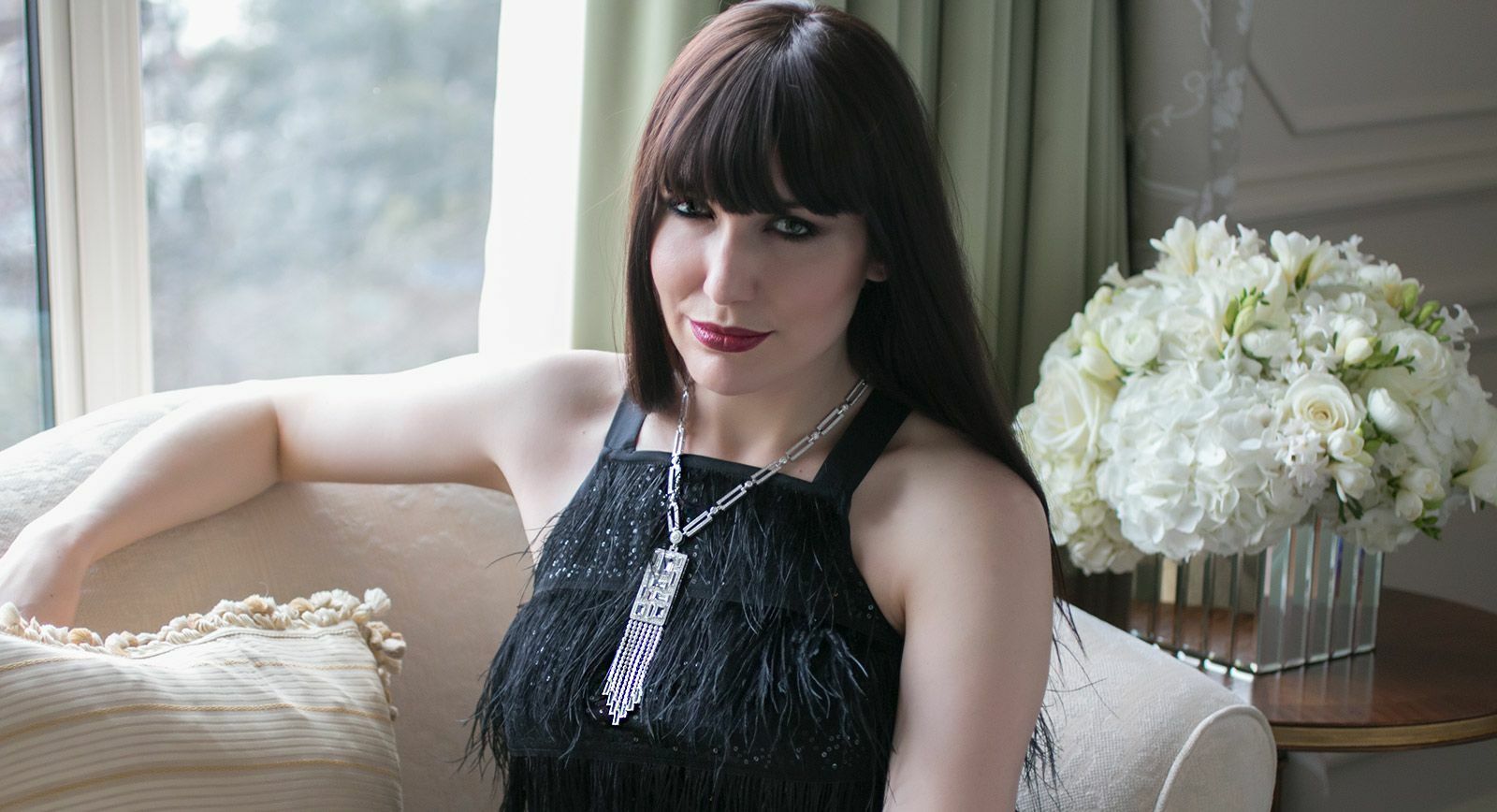 At the beginning of January, Atelier Swarovski invited me to live one day in the life of a film star on the evening of the BAFTA awards ceremony. Did I know then that one month later I’d be on the same red carpet as Angelina Jolie, Margot Robbie, Rachel Weisz and other silver screen stars? I’ll tell you how it all happened.

For three years now, Atelier Swarovski has been the official jewellery sponsor of the British Academy of Film and Television Arts. This year, influencers from various facets of social media were invited to join the nominees - but only after they had visited Paul Edmonds pop up salon to have their hair styled, been treat to a makeover in the Lancôme suite, and been wined and dined in a fine restaurant, knowing they would be spending the night in a luxurious room of the Savoy. These chosen influencers would be made to feel like Hollywood stars at the BAFTAs. 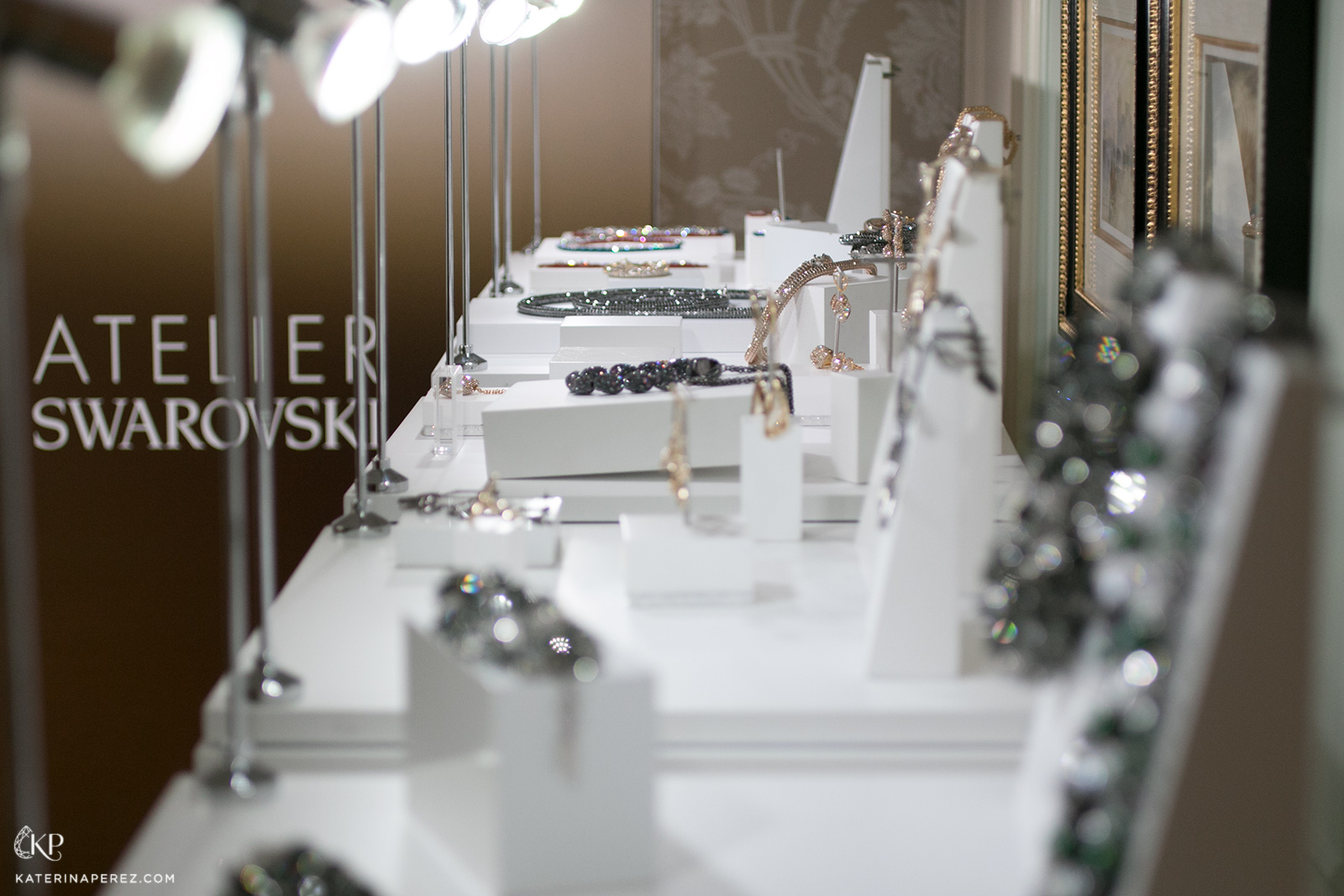 But back to the BAFTAs: while I was considering and discussing the jewellery with the Atelier Swarovski PR team, quite unexpectedly they suggested that I go out onto the red carpet wearing one of their fine jewellery sets. This turn of events was completely unforeseen and very pleasant indeed - who amongst us hasn’t dreamed of being surrounded by stars and experiencing the electric atmosphere of a red carpet and award ceremony whilst dripping in jewels? 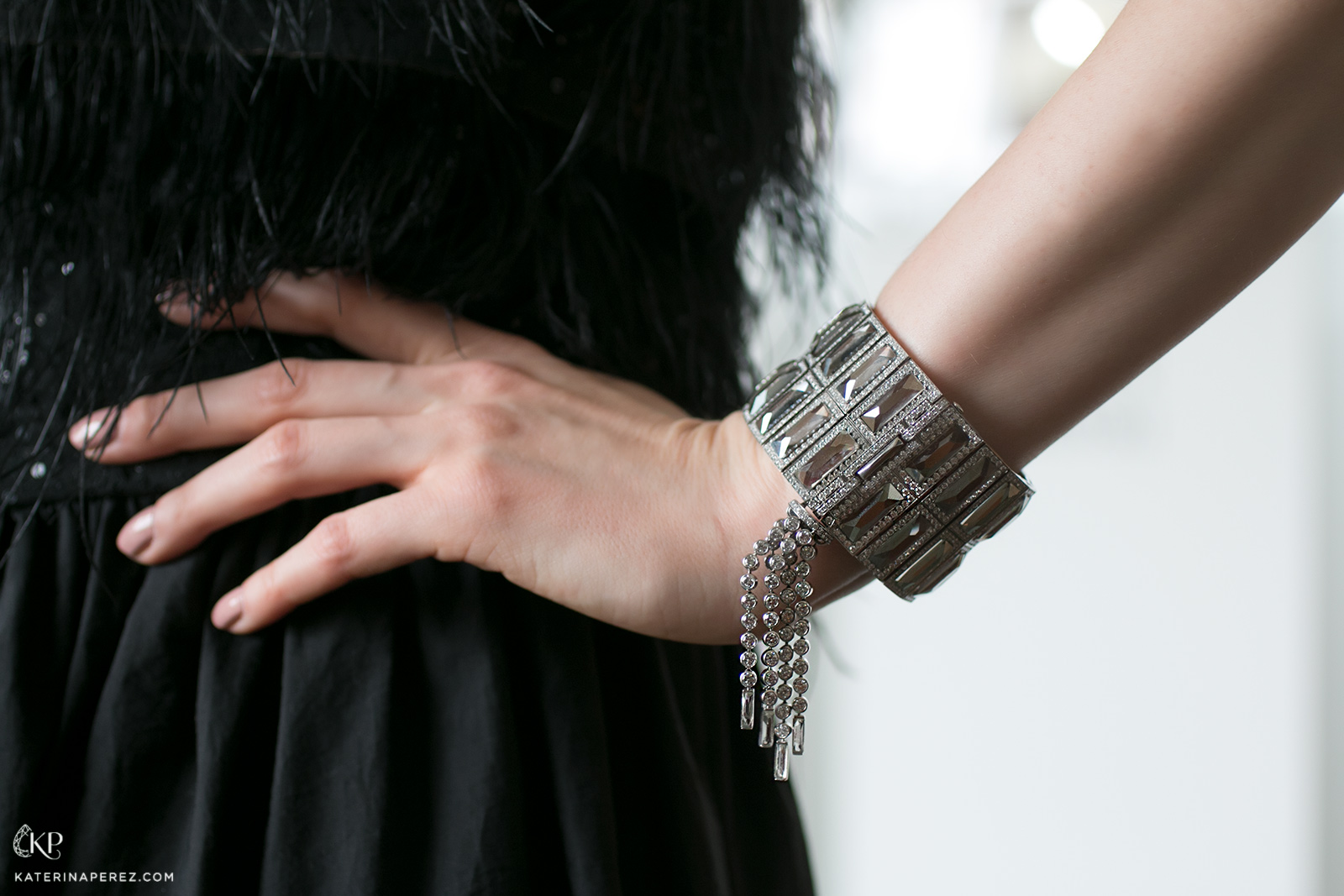 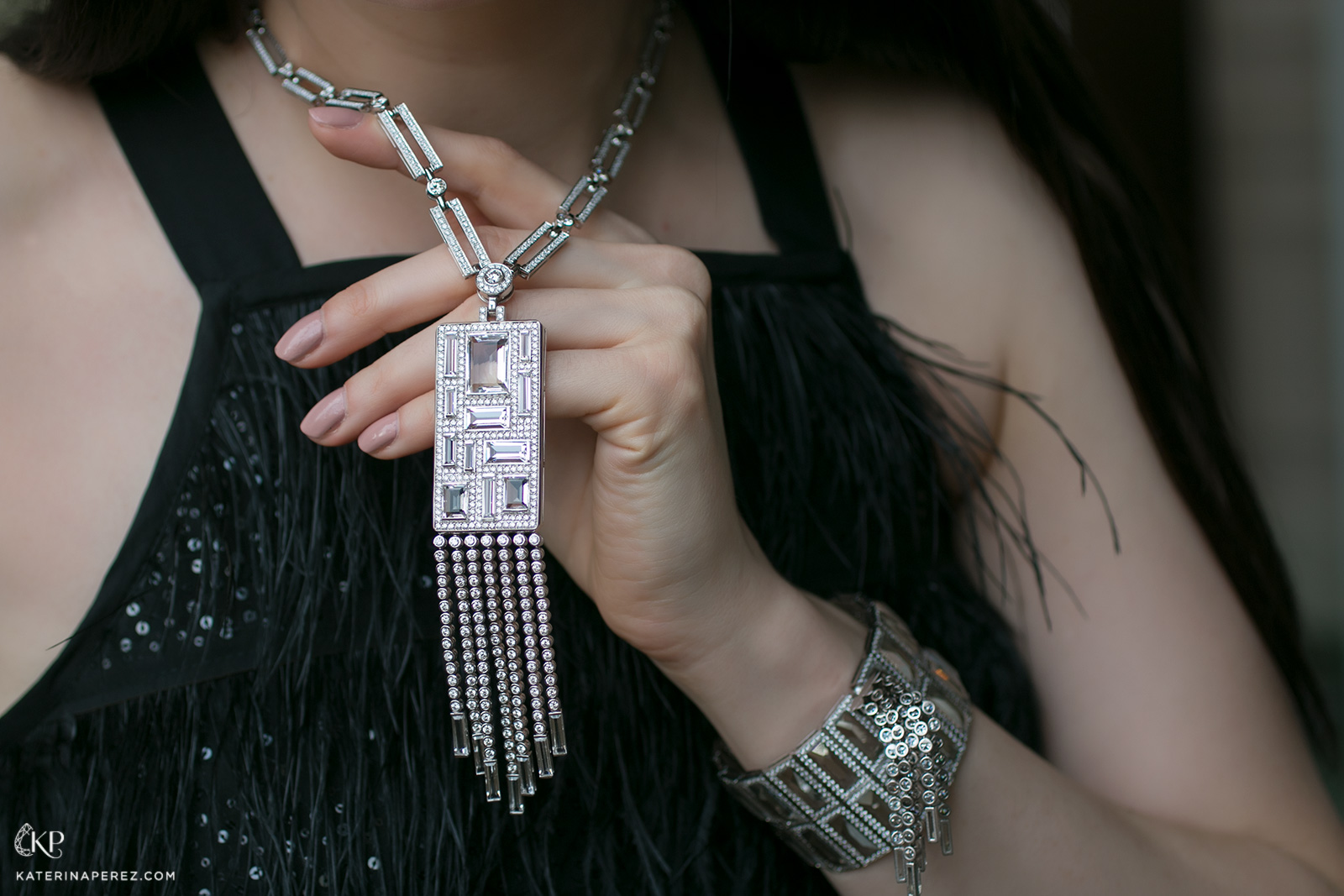 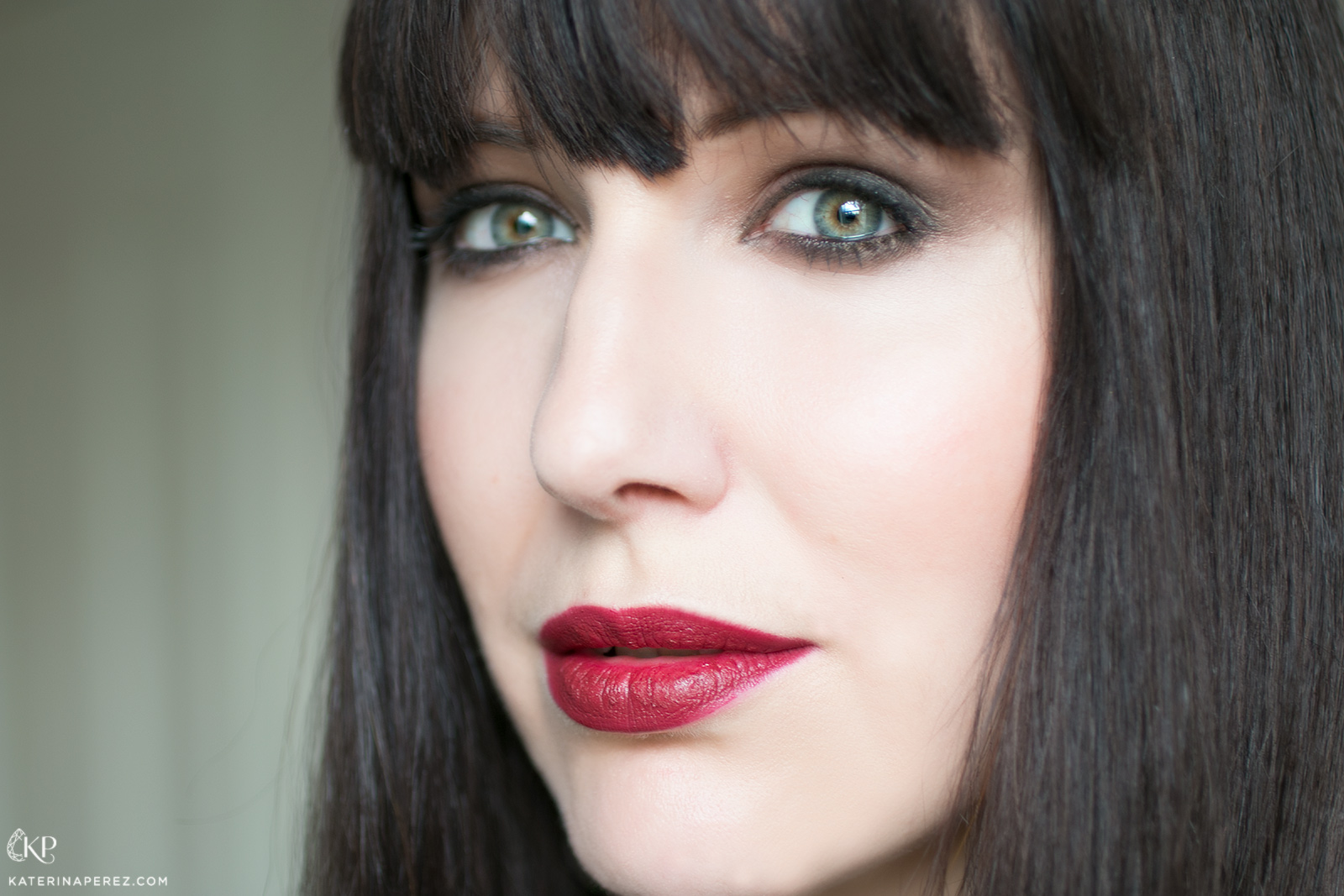 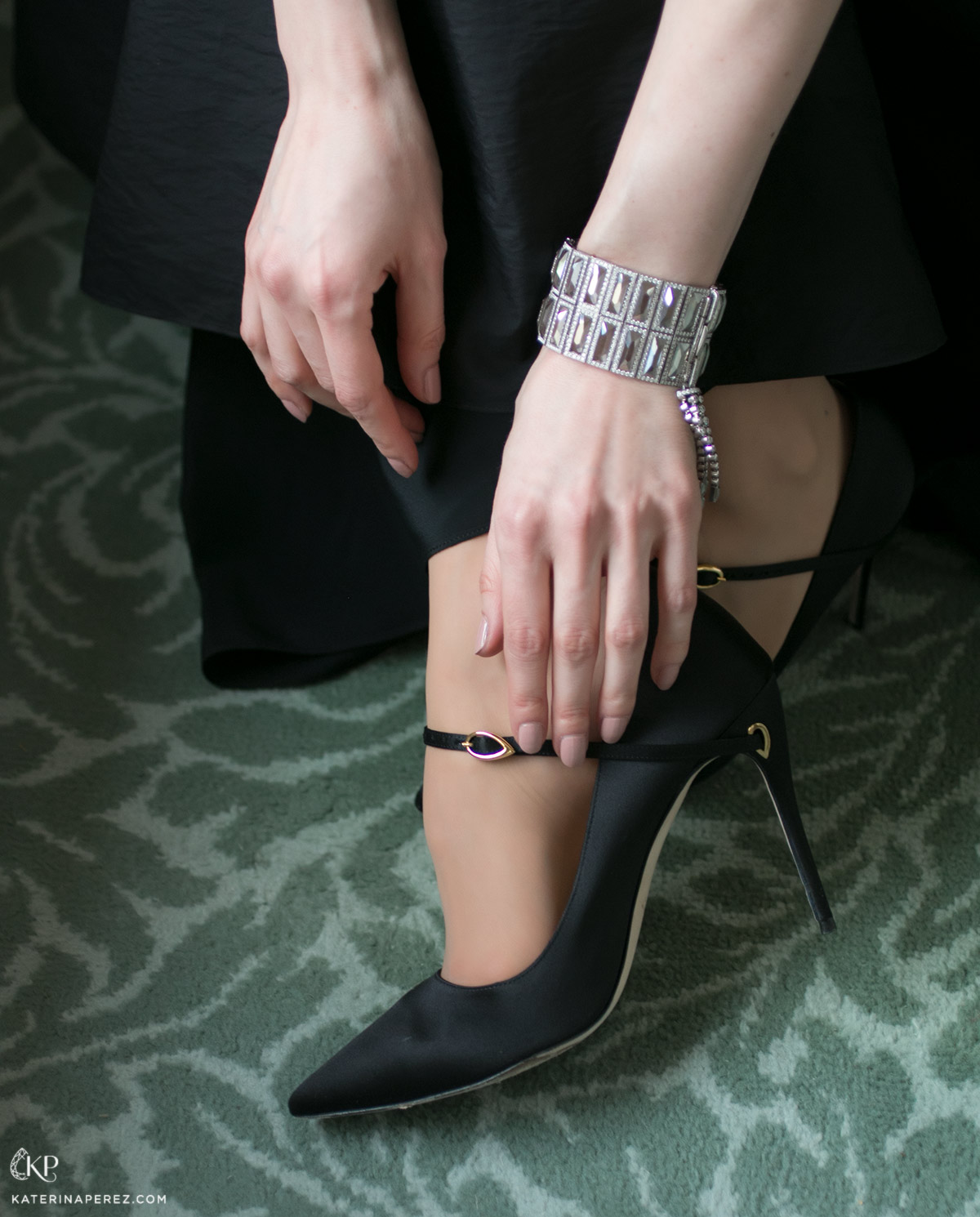 The saying ‘people meet through the clothes they wear’ made me think seriously when choosing a dress for occasion. Fortunately, a month before the BAFTAs I met stylist Vladi Villa at Paris Fashion Week, who – after hearing the plea of every woman in this situation - “I have nothing to wear” – offered suggestions for several designer dresses that could be hired. However, I wanted to wear something by brands I am already very familiar with.

Several companies responded immediately to my request and were ready to provide me a dress for the BAFTAs, but there was a catch: it could only be chosen from the standard sample size. So as for my dream of breaking out onto the red carpet in Christian Dior? The proposed dress, sewn to fit the model, wasn’t the right size. Literally a week before the BAFTAs, I turned to my friend Mariana Wehbe – owner of a PR agency in Lebanon – who organised the delivery of several extravagant full-length dresses by fashion designer Hussein Bazaza. However, BAFTA decided upon a black dress code in support of the Time’s Up campaign to protest sexual harassment and gender inequality, and I was unable to wear the colourful dresses that had been provided. 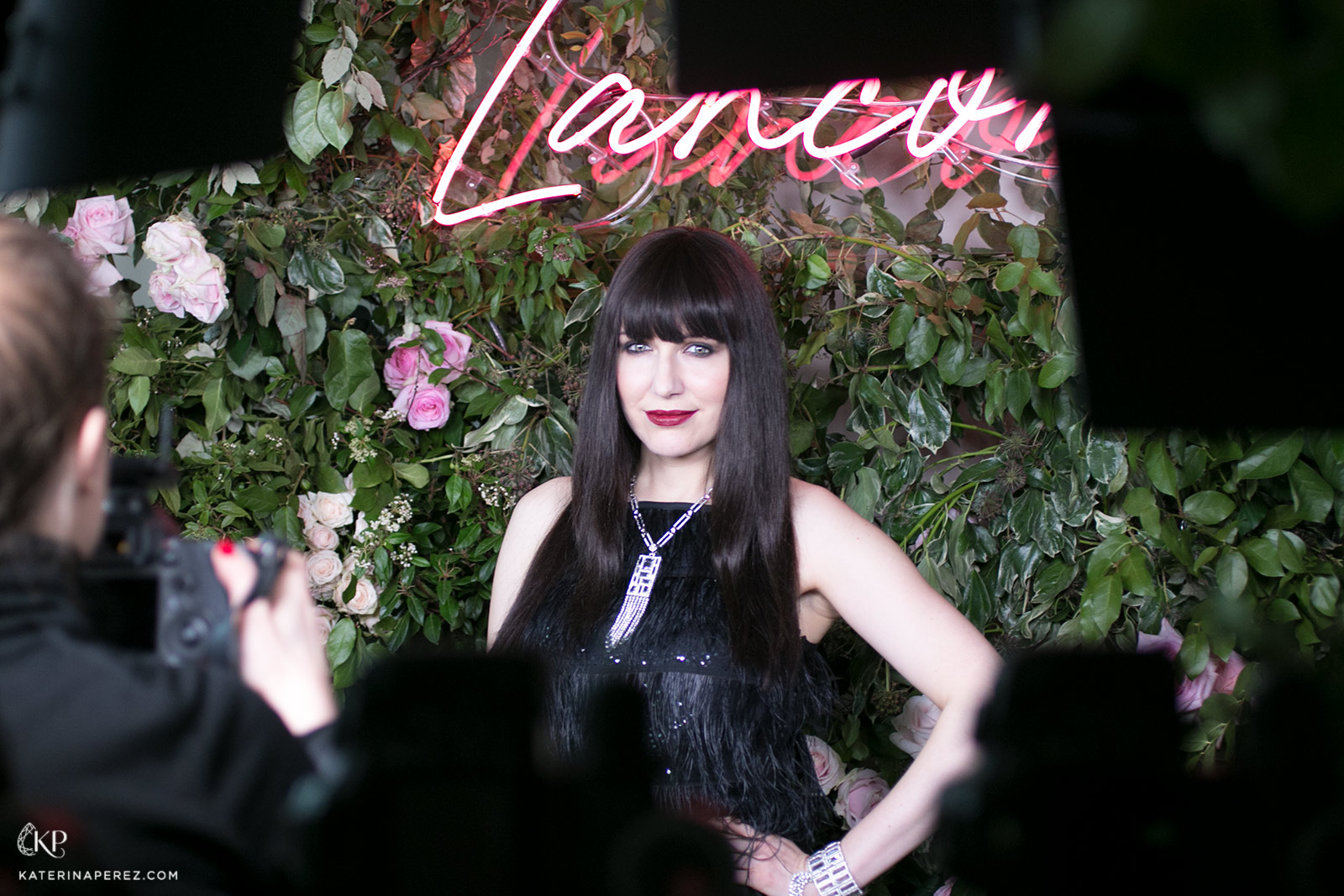 Finally, I was saved by the Italian brand Brunello Cucunelli, who allowed me to borrow a stylish black floor length dress, decorated to the waist with ostrich feathers and paillettes. His style was perfectly combined with the simple geometry of the Atelier Swarovski jewellery, elegant satin shoes by Jennifer Chamandi and a Bottega Veneta clutch.

Now, on to the jewellery. On the day of the BAFTAs, I arrived at the Savoy, where Atelier Swarovski held a styling suite in order for stars to complete their look for the evening ceremony.  On display were styles from the SS18 fashion collections - including Mary Katrantzou, Jason Wu and John Nollet - as well as their first Fine jewellery collection, which is comprised of ‘Art Deco’, ‘Mosaic’ and ‘Concentric styles. The design of the necklaces, choker, earrings, bracelet and rings from the collections of fine jewellery was built on the principle of simple geometry. Oblong crystals and emerald-toned crystals were alternated with created round-cut diamonds, producing a striking pattern. I chose a wide ‘Art Deco’ cuff bracelet with a playful tassel that could be detached if desired, and a large ‘Mosaic’ necklace whose length could be changed by unfastening part of the chain. 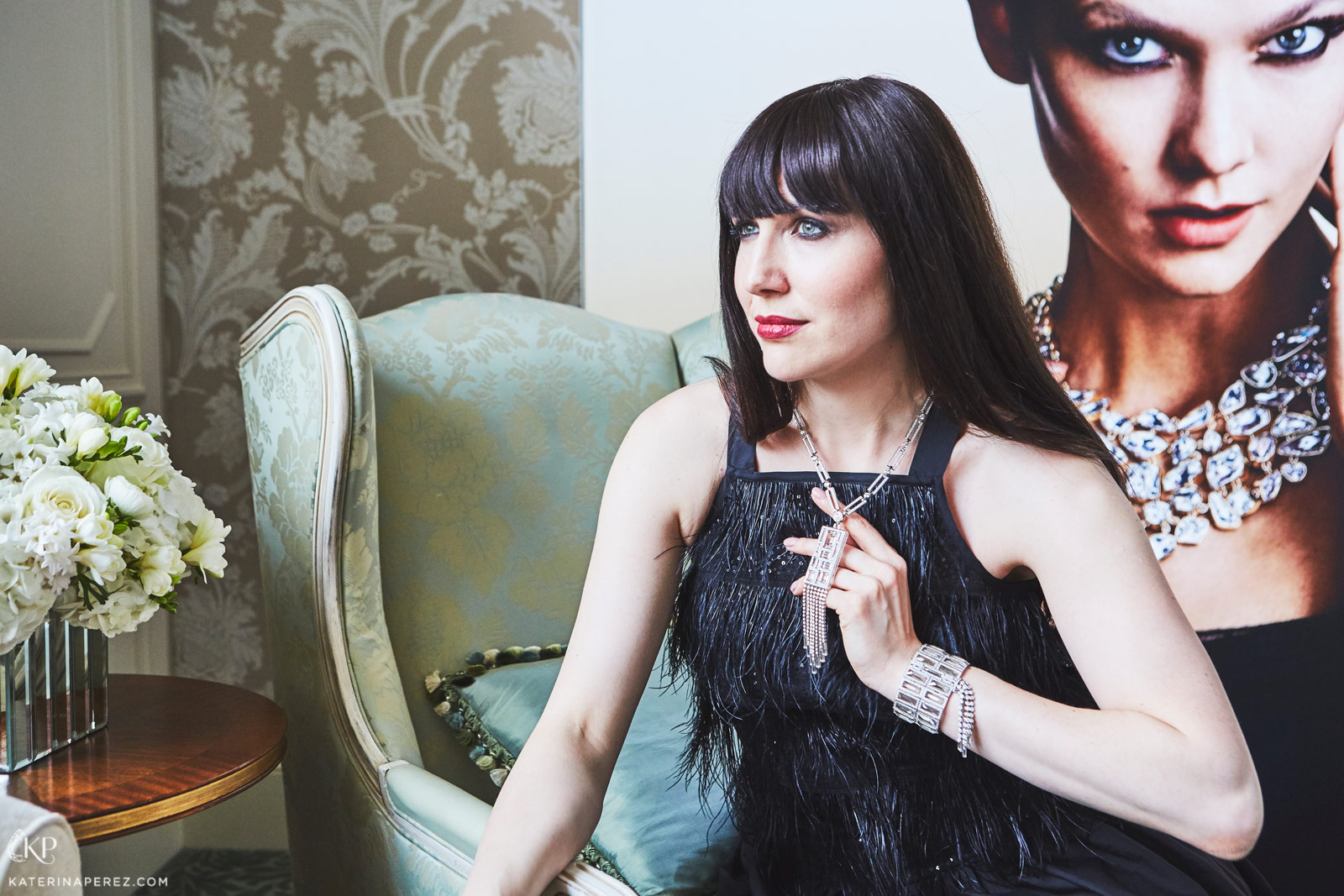 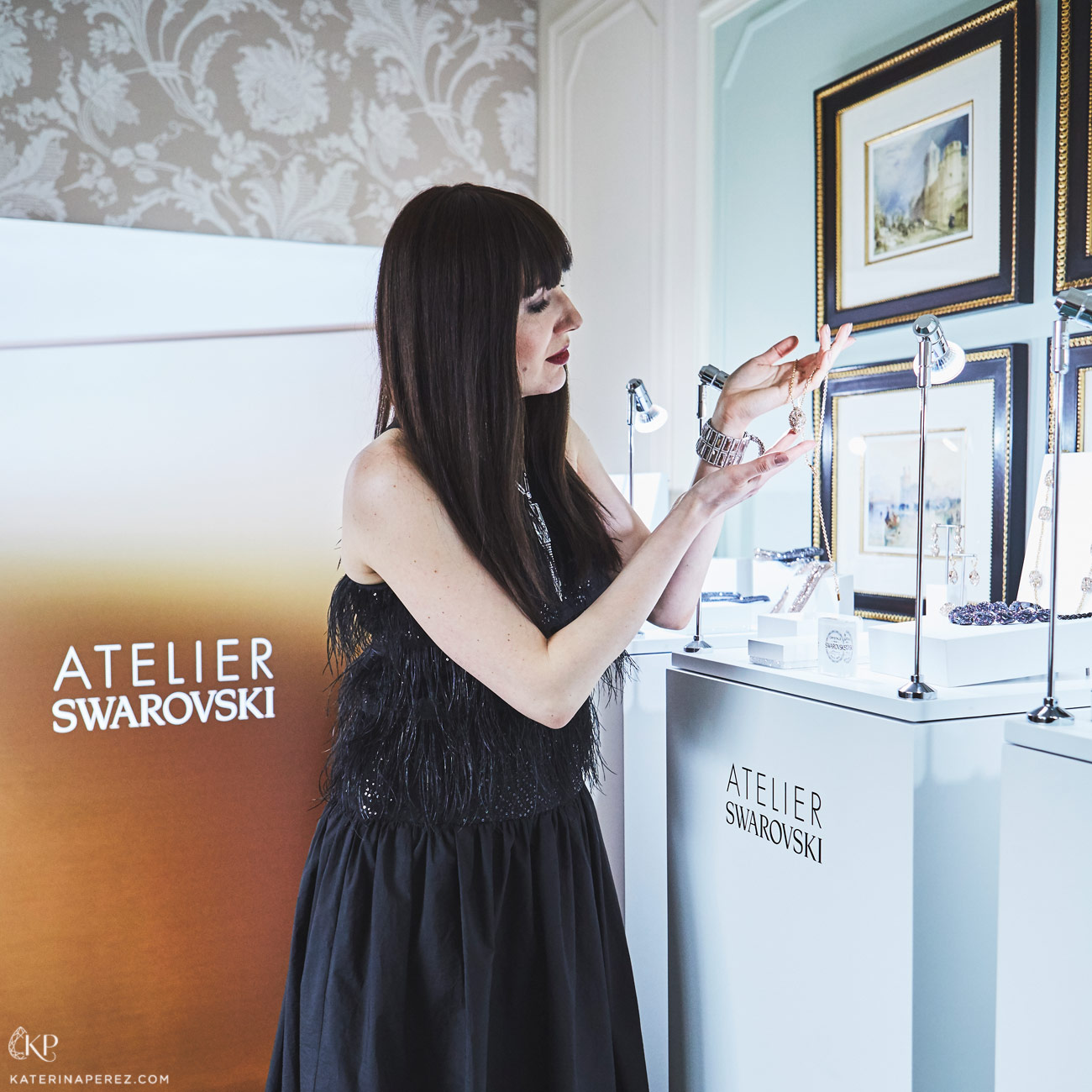 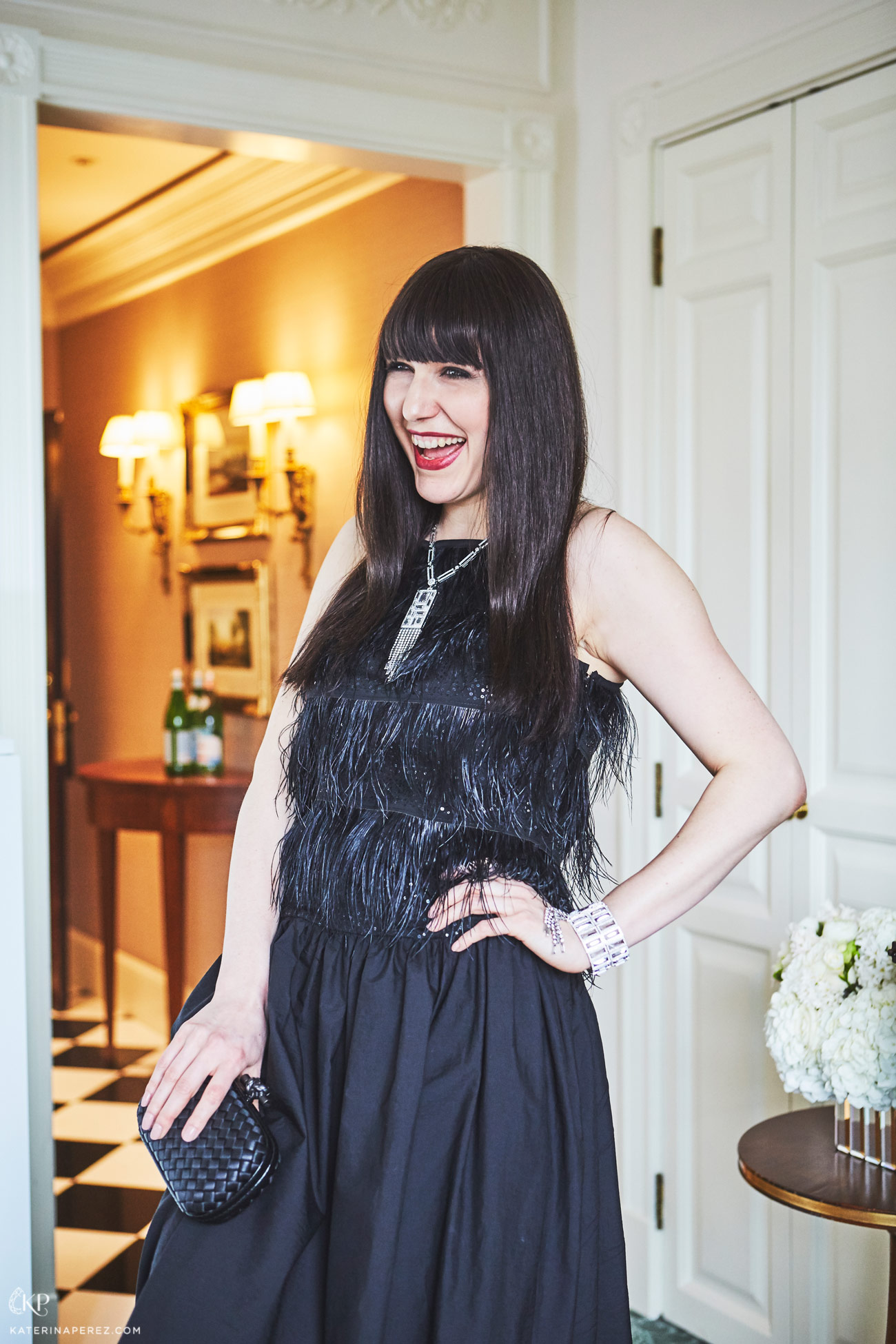 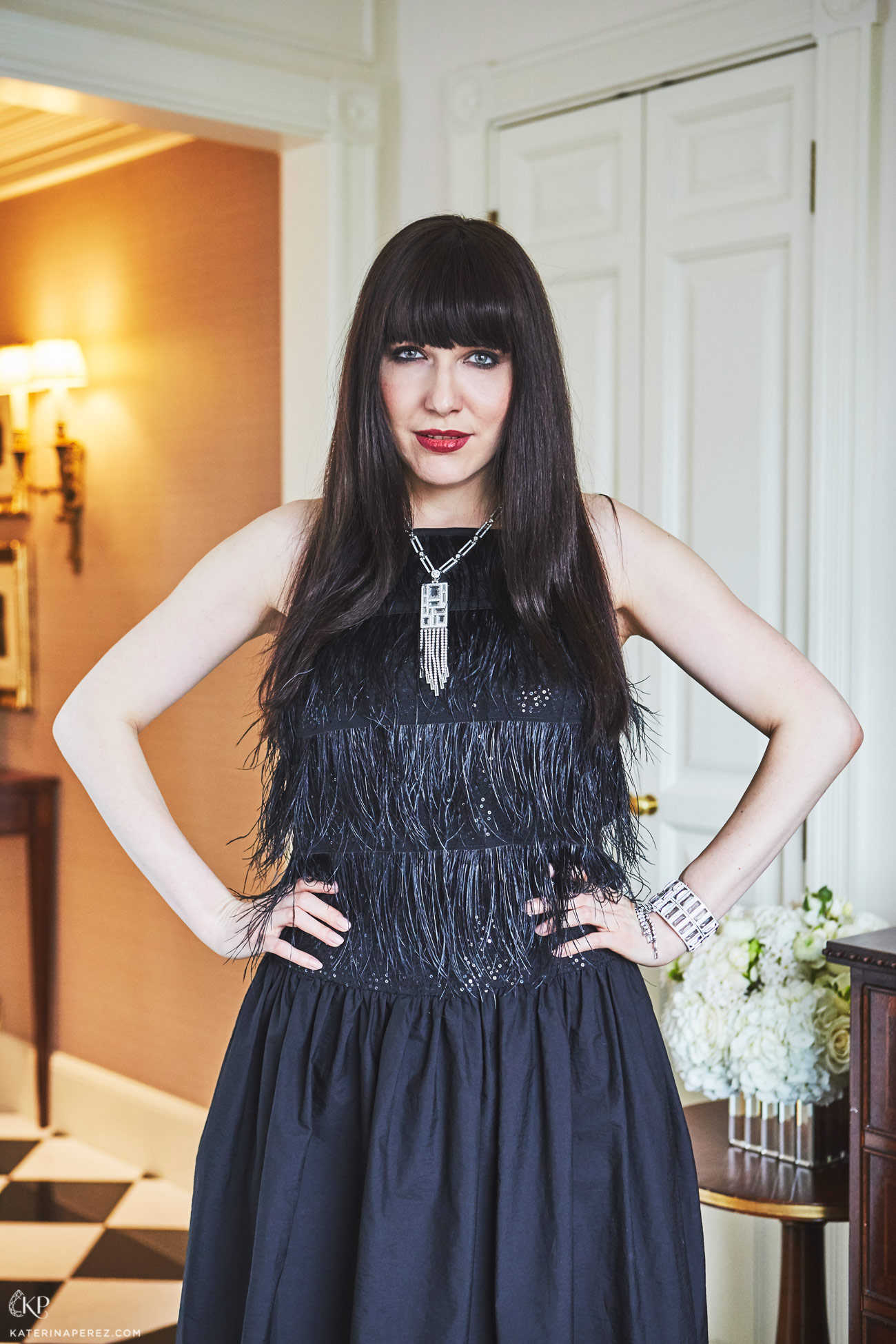 Of course, the most exciting moment was stepping onto the red carpet at the Royal Albert Hall, where I would be photographed by dozens of cameras. Just imagine; for several years now I have been covering the jewellery at the Oscars, the Cannes Film Festival, the Golden Globes and, of course, the BAFTAs, and I look at the Hollywood stars on the screen of my Mac and imagine how it all happens at the awards ceremony. And then I myself had to be surrounded by celebrities and pose, just like they do, on the red carpet. To say I was burning with anticipation is an understatement!

Once you’re on the red carpet, the bank of photographers is eagerly waiting to capture the very best images of you possible. You are shown the positions to stand in as you step in front of the cameras, but my main focus was to display the beautiful jewellery and outfit which had been kindly loaned for this special occasion. For every red-carpet attendee, the press demand “Look right! Look left!” – knowing the best angle for their coverage instinctively. 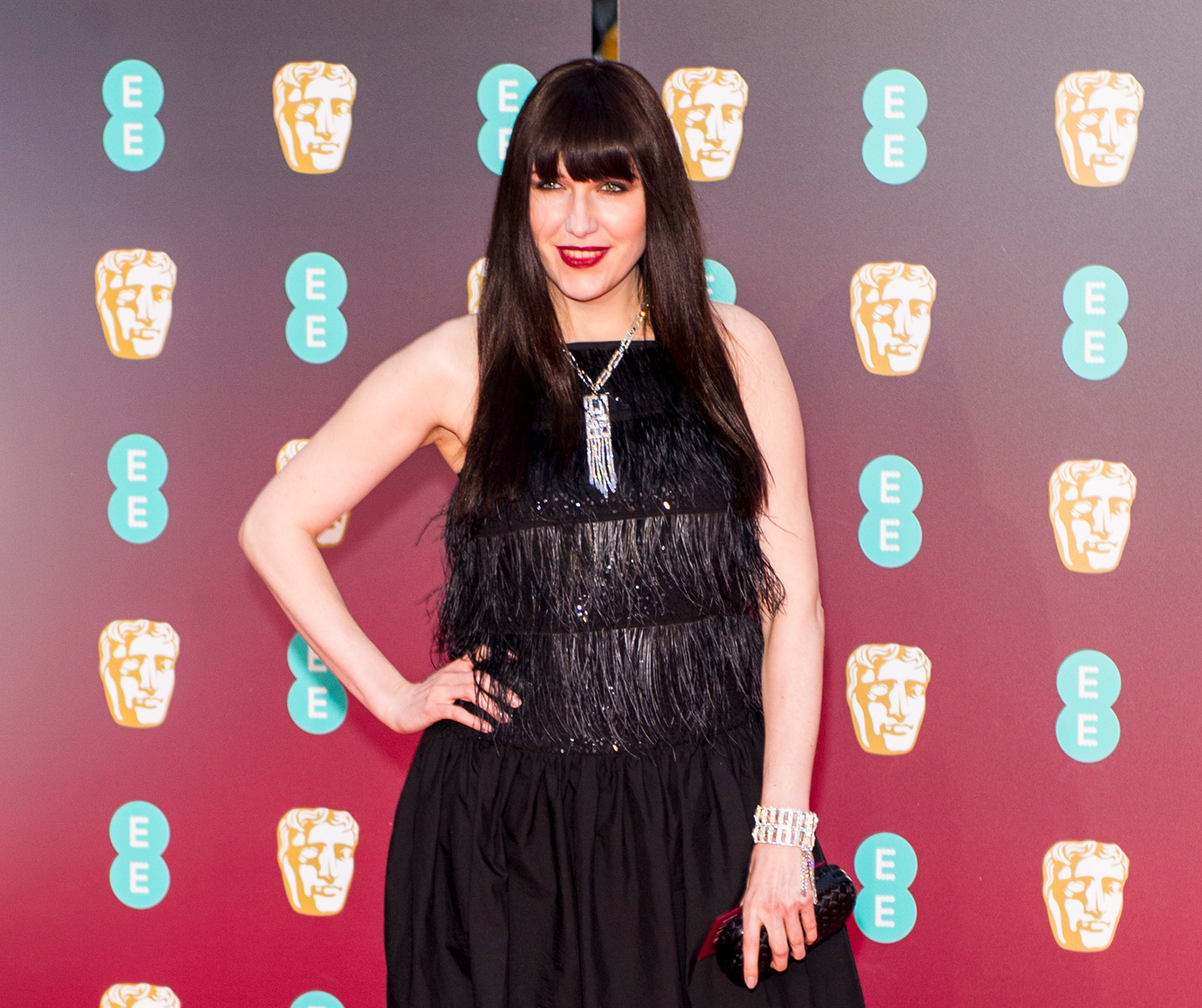 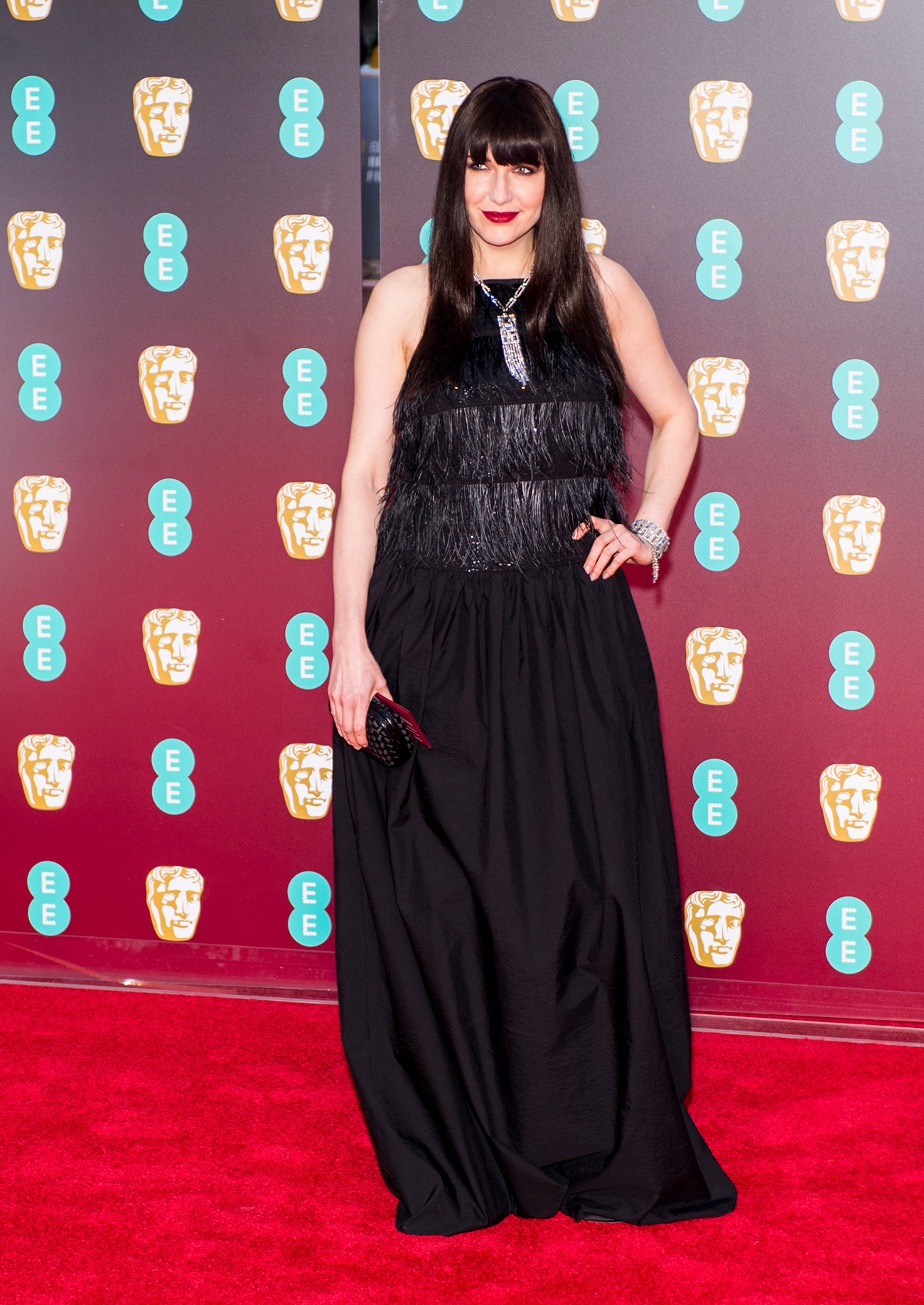 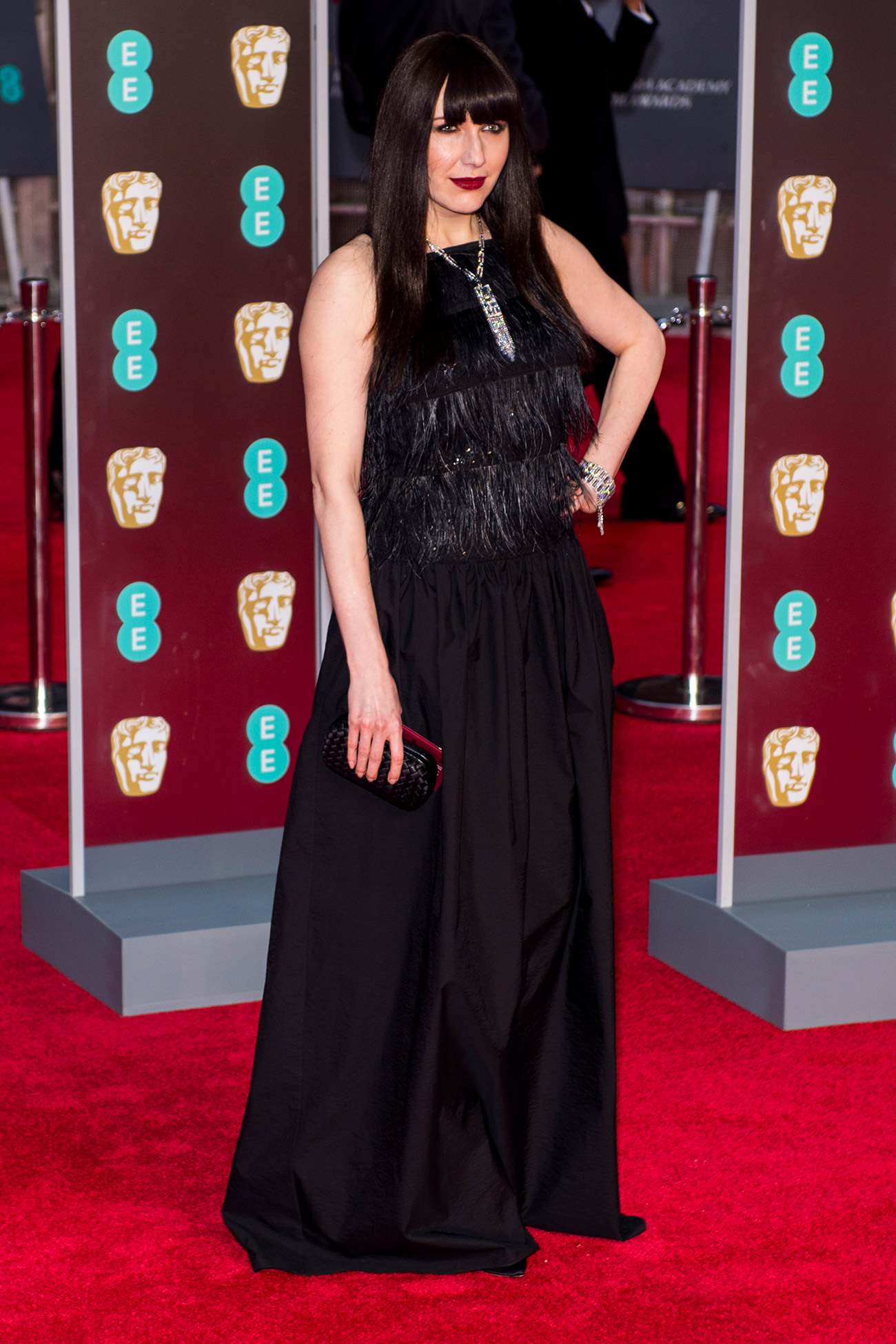 During the ceremony and at dinner afterwards, I couldn’t take my eyes off the diamonds and glittering jewellery on the attending film stars. This year there were many pieces which were not only interesting in style, but also in the materials used. Especially noticeable was the jewellery trend for combining costume and high end jewellery; such as the ‘Hunger Games’ actress Natalie Dormer wearing earrings with black cotton tassels, and Sophie Cookson of ‘Kingsman: The Secret Service’ appearing with the crystal ring and earrings from Atelier Swarovski. I’ve observed a trend in red carpet events for simultaneously wearing fine jewellery and trend jewellery recently, for example when the Austrian brand dressed Penelope Cruz, Thandie Newton and some other well-known celebrities in their jewels.