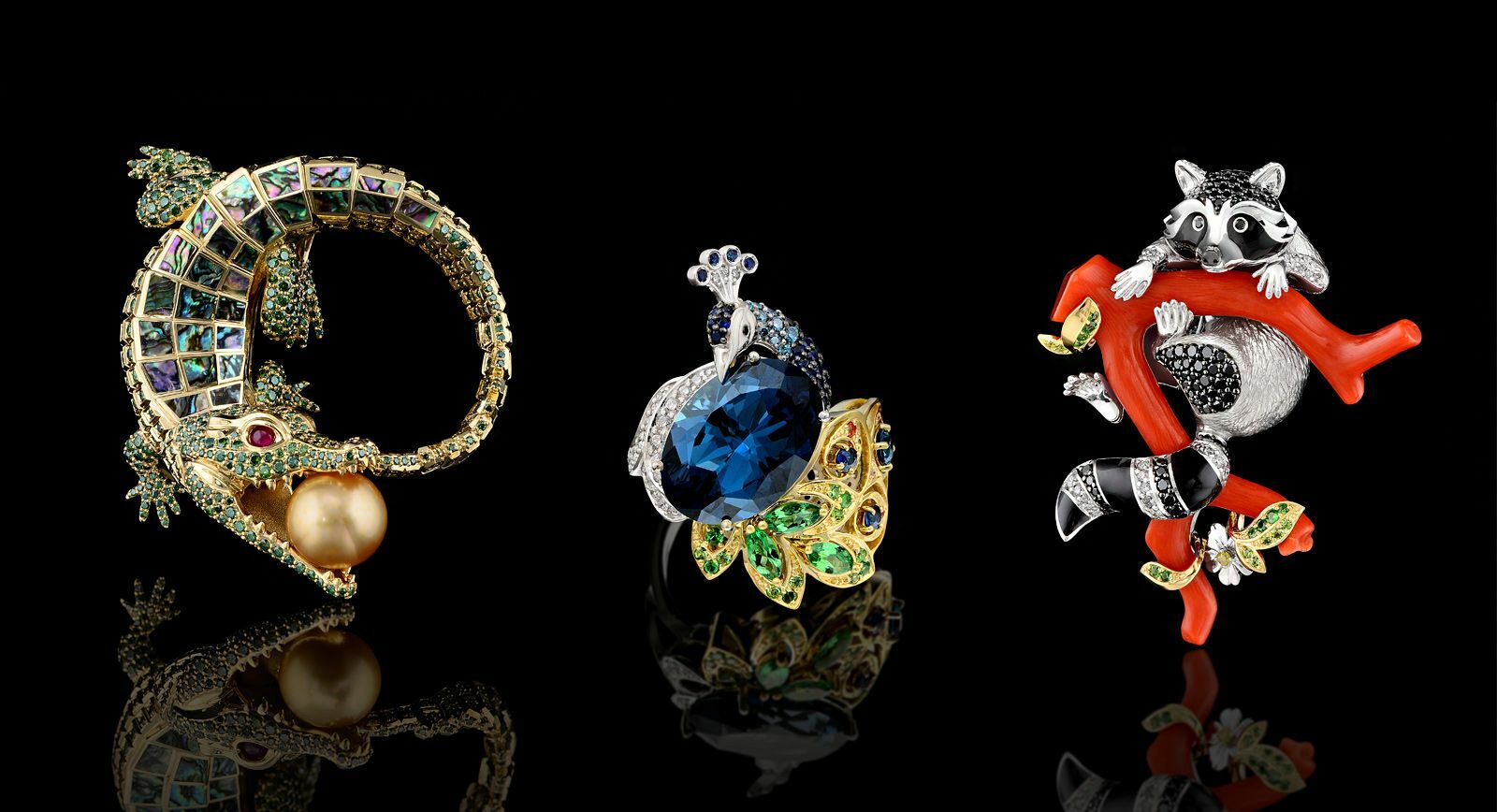 Nature is not only the most talent artist, but it is also the best inspiration for any creative individual. Flora and fauna have been reflected in jewellery since the time when people wore tiger teeth or an animal paw around their necks to absorb the animal’s agility or courage. Jewellers continue to come up with interpretations of the world around them right up to this day, and at the Russian company Master Exclusive designers have brought the theme of nature to the fore.

When was the last time you took a moment to observe the movements of a stream of sunlight or an elusive shadow? Or stopped and stood still for a split second, catching the moment when a thread of light pierces a drop of dew to see the ensuing explosion of multicoloured sparks? The amazing beauties reflected in microcosmic elements of nature often go unnoticed, because we are so typically driven by the desire for high speed and large-scale projects nowadays. But it is in fleeting beauty that the Master Exclusive designers have found their inspiration for the collections “Birds of Paradise”, “Diamond Flowers”, “Animal World” and “Fruit and Berries”, among many other artistic lines with natural micro-phenomena.

Step by step, the designers of the brand led by Tatyana Sharonova are recreating their impressions of the world around us. “For me, it’s always fascinating to observe the variability and uniqueness of the world. The emotions stirred in the soul by what you see, that rouse your inner world – and then you strive to capture and translate the fleeting beauty of a moment into a piece of jewellery. And it’s with excitement that you pick the shades of the stones, you correct the line, to that they come to life: step by step, the piece is born. For me there is an inexplicable feeling of elation, an almost imperceptible source of inspiration,” says Tatyana. 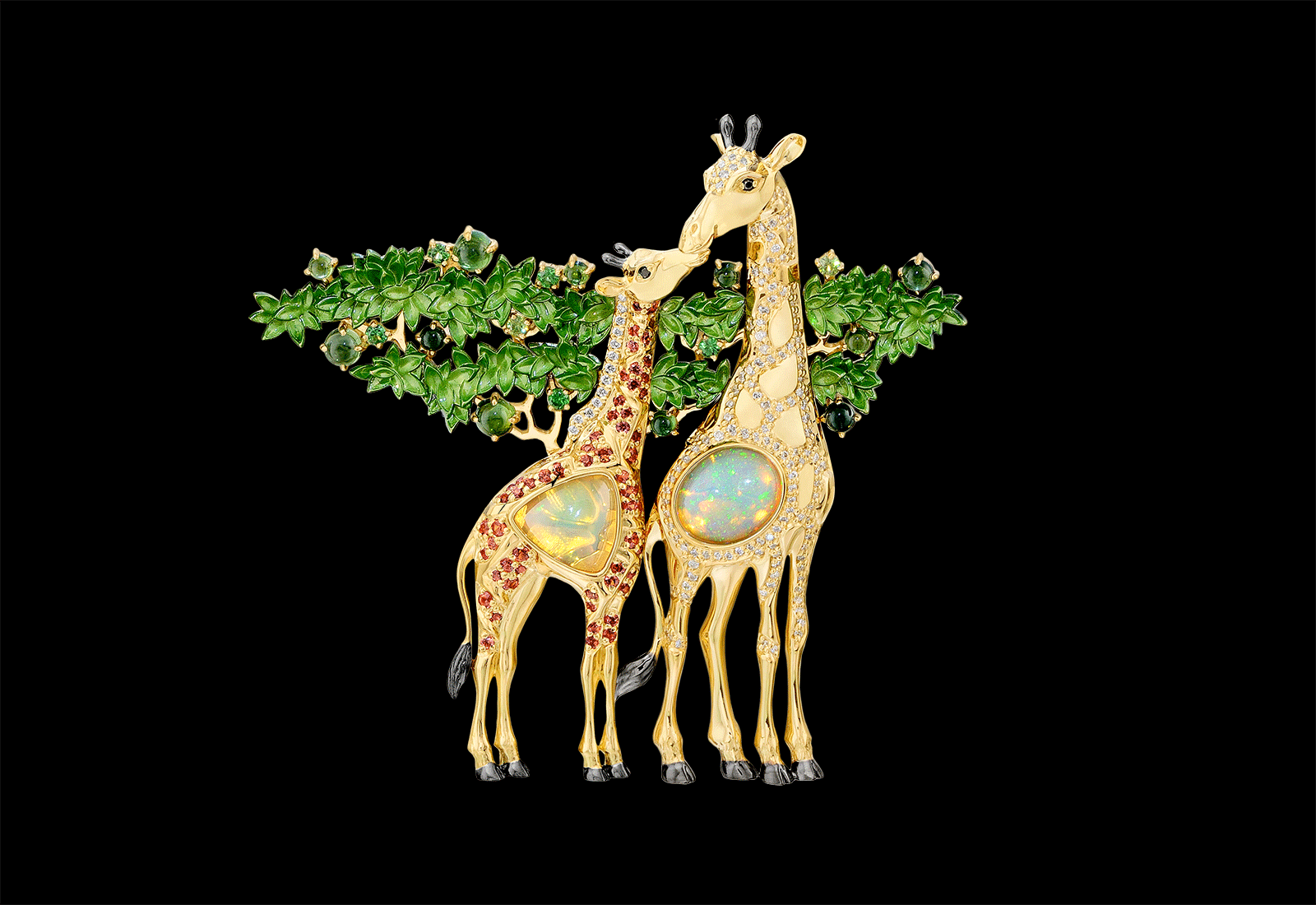 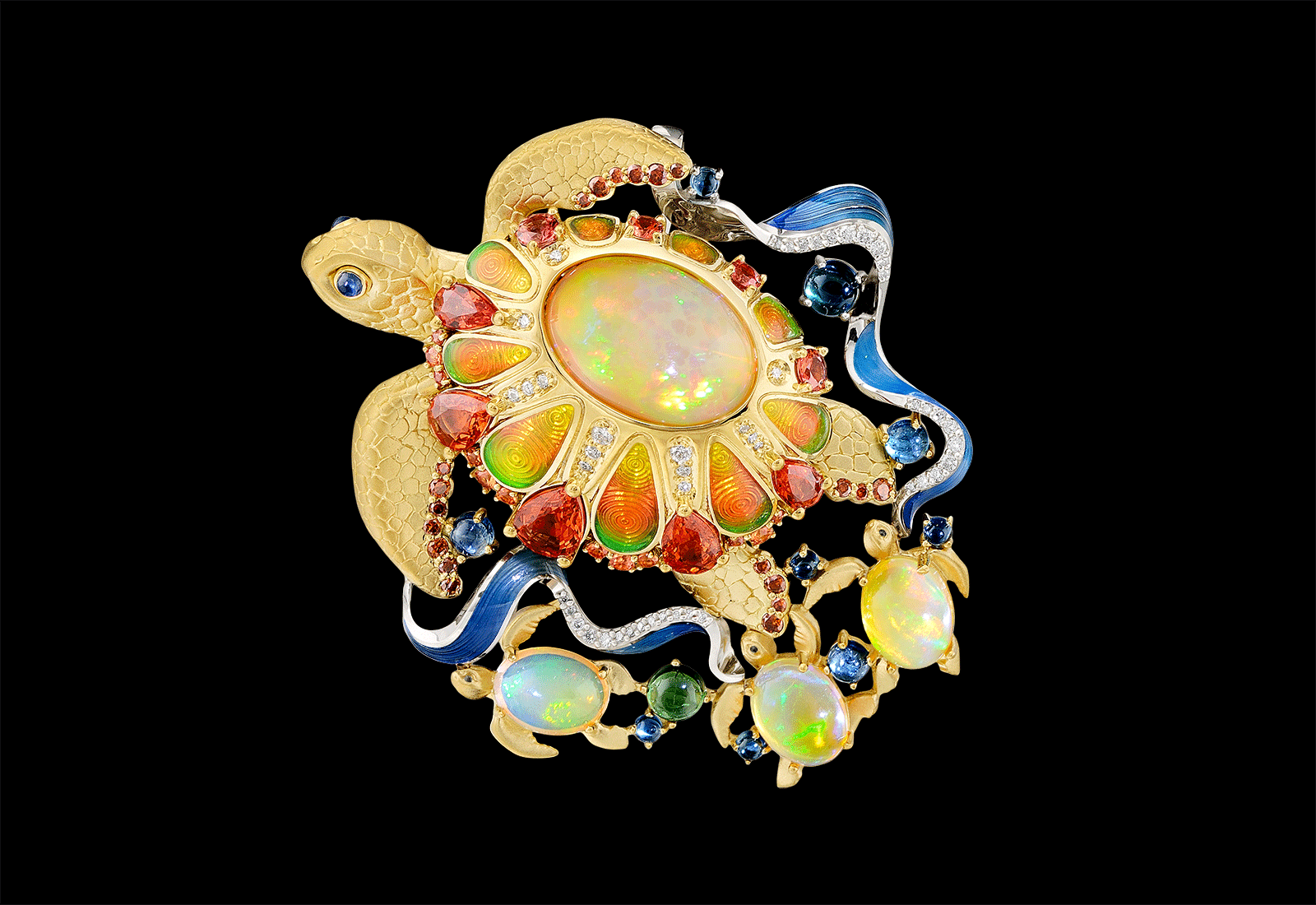 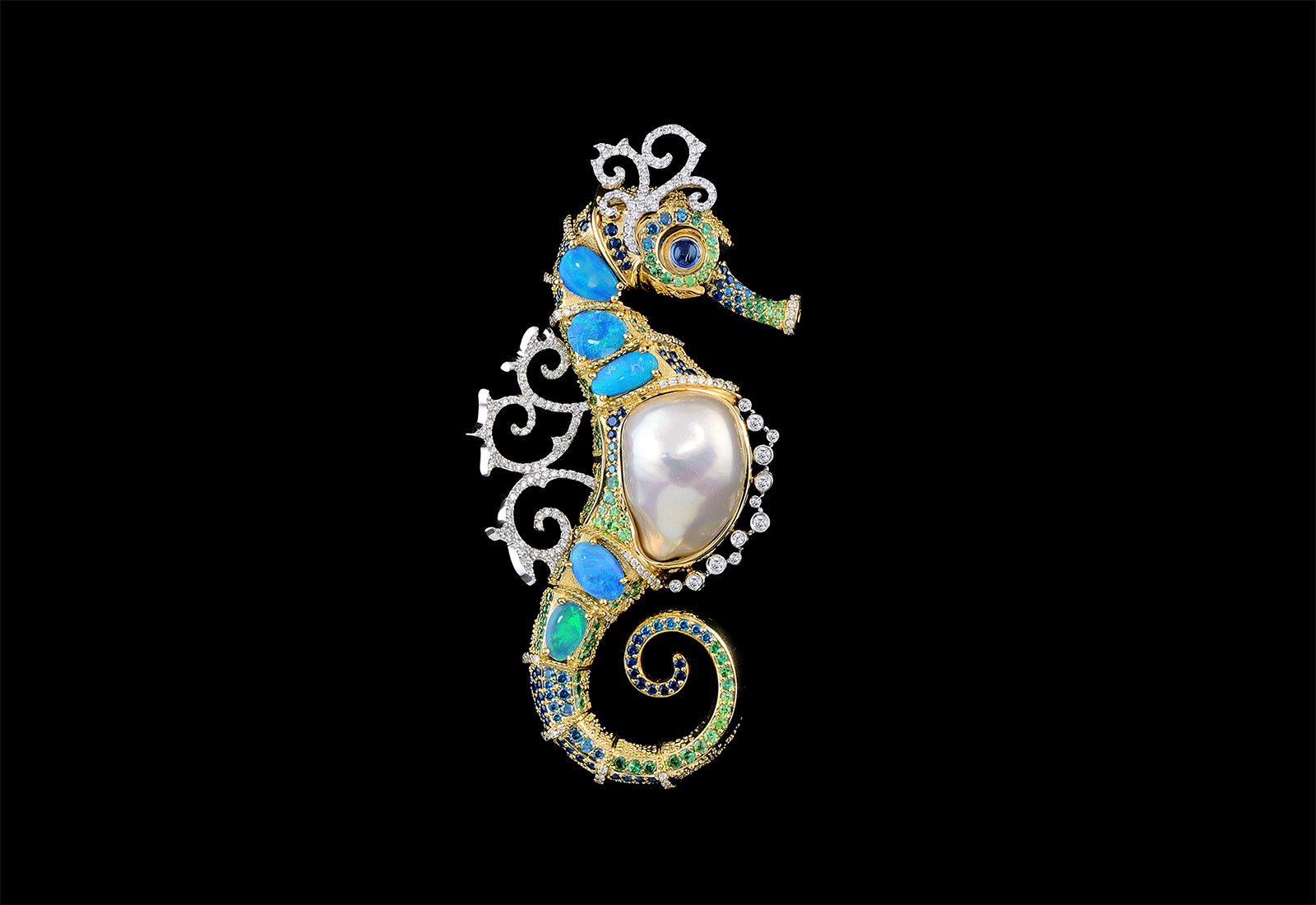 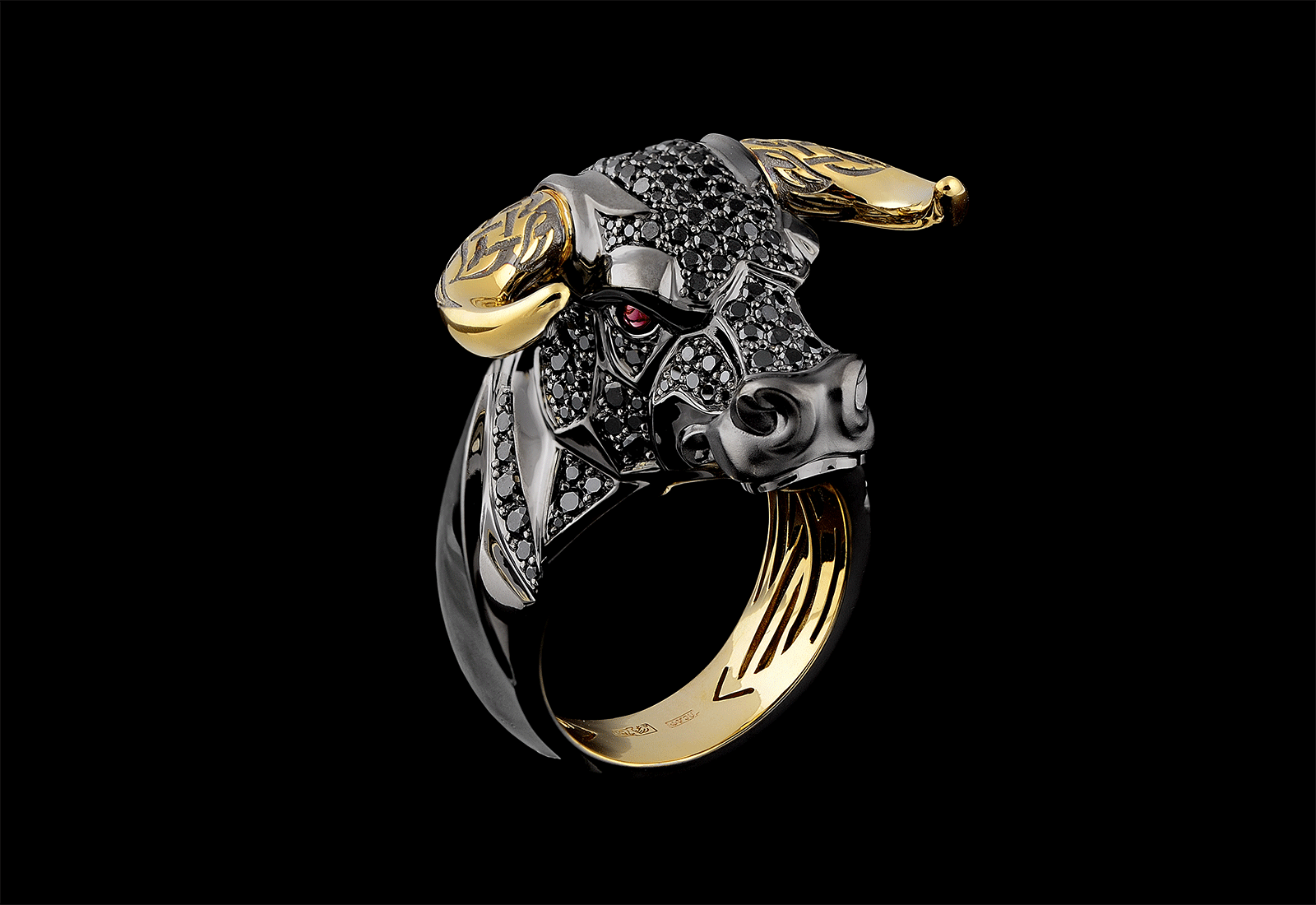 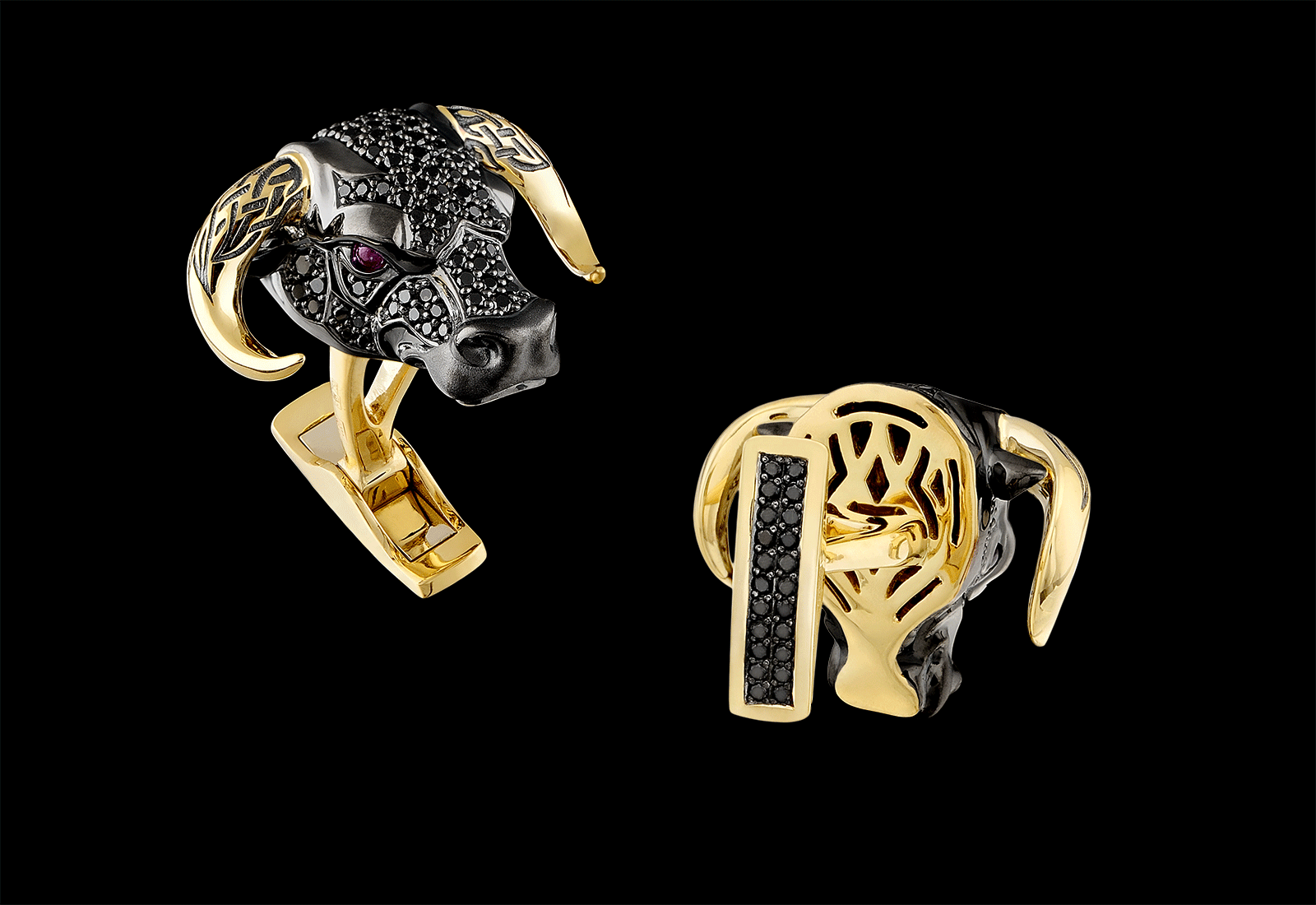 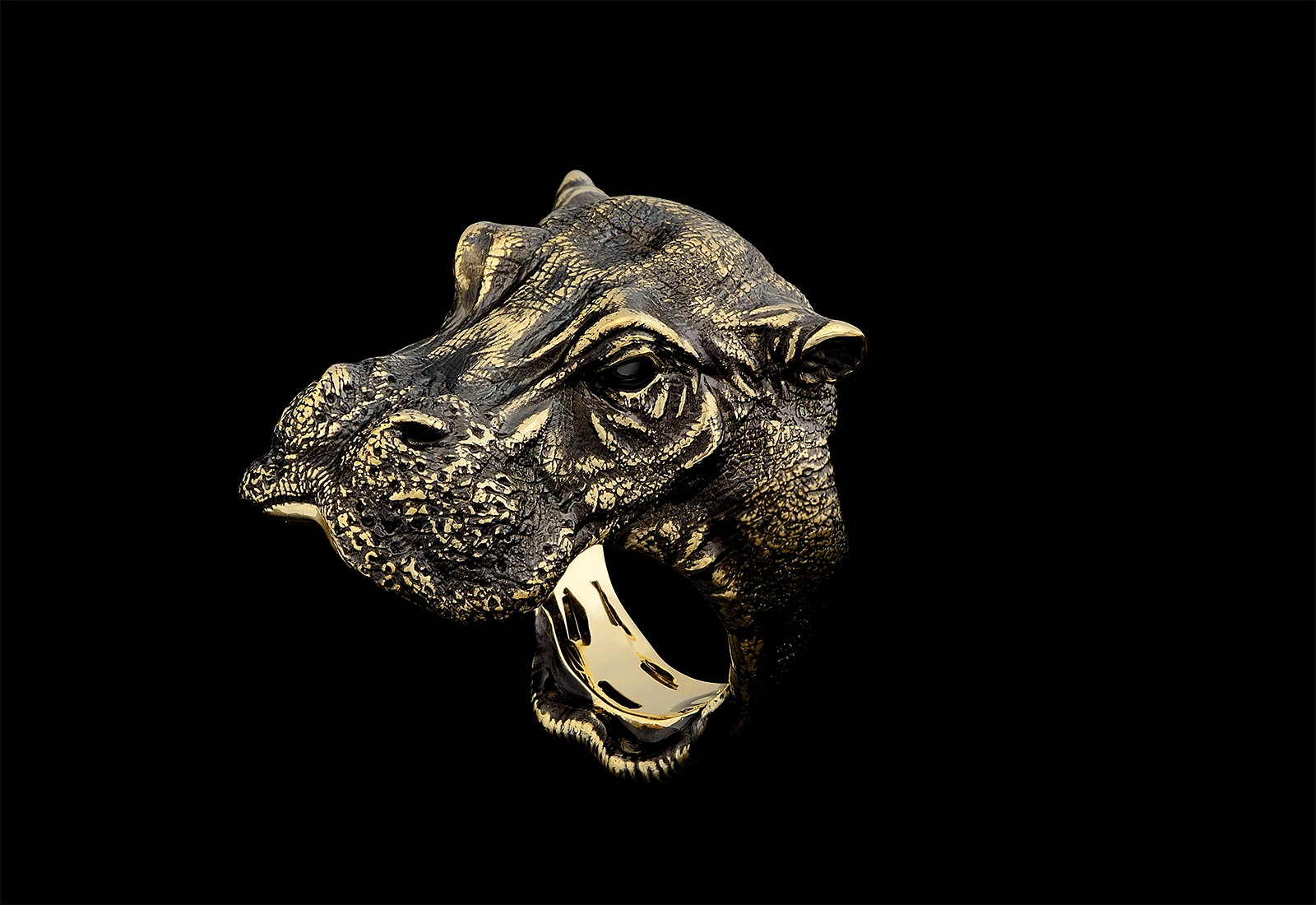 As is the case with all Master Exclusive jewellery, the process of creation is collective work, the initial stage being the selection of the sketched design. The artists, designers and master jewellers of the house decide together from the several options to select the image that best represents the idea or provocation. This includes where the gems will be place on the piece, what position or placements would be best – for every mineral has its own wonderful and unique inner world that must be revealed or shown in its best light.

The more unusual the stone, the more interesting it is to work with, because its “character” is already living its own special life. For example, you won’t find two identical fire opals: the game of colours, the way they align and combine cannot be repeated – even by nature! The bright orange hues of this stone are exactly what inspired the Master Exclusive designs to create the “Giraffe” brooches, where the animals are put in relief again an acacia background. The fire opal also takes centre stage in the “Sea Turtle” piece, alongside green, yellow and orange enamel, sapphires and tourmalines. The bright modulations that play on the surface of the opal together with its rich hue involuntarily created a link with the hot tropical sun for the designers, prompting them to make this the subject and mood of the product.

Precious pieces in the form of an octopus, fish, stingrays and other sea creatures can be found in the collection “Secrets of the Ocean”. In it you will find the gifts from the sea: baroque pearls, sometimes taking a central position in the jewellery’s design. Everyone probably remembers the simple child’s play of watching clouds sail past as we tried to find the familiar contours of animals or objects in the sky above. The game is very similar to the one used to create this jewellery with baroque pearls: to find two identical pearls I think you’d have to go to the bottom of the seas and oceans of world, and you’d have to go more than once. Precisely because of their uniqueness, every piece of jewellery with baroque pearls is a one-off.

One of the most popular pieces of jewellery by the brand (and my favourite) is the “Seahorse”, decorated with baroque pearl and soft pearlescent. It was this mineral that inspired Tatyana to create the jewellery with blue opal, coloured diamonds and coloured sapphires.

“The seahorse is an amazing fish that can change its appearance, its colour, even the shape of its body. We tried using the multicoloured gemstones to show the beauty and grace of this wonderful creation from deep in the sea”, says the designer.

The Master Exclusive team often do very courageous experiments in the work, giving free rein to the imagination and creating fictitious, mystical creatures: dragons, pegasi, birds of paradise. Striking men’s jewellery in the form of a buffalo head, or that of a hippo or bear among other animals has entered into the nature-inspired variety on offer by the Russian brand, inspirations admired for the surprise and delight they bring – a unique working method for the Master Exclusive brand.