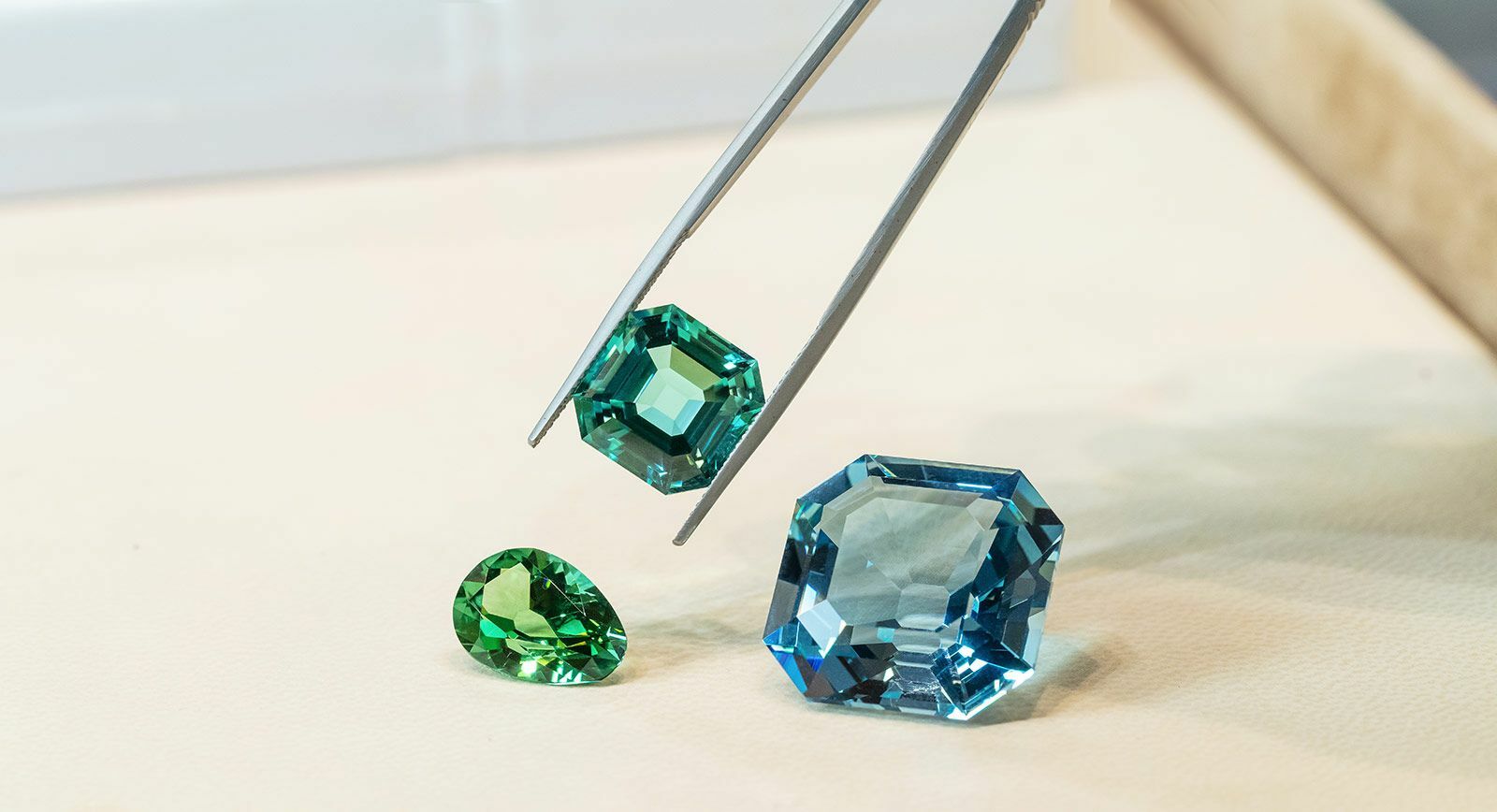 Nomad’s: Learn what affects the beauty of a gem from the world’s outstanding stone cutters

Colour, clarity, carat weight, origin, polish and cut - these are a set of factors that determine the quality of coloured gemstones and directly affect not only their beauty but also their value. When buying a gemstone, we, as a rule, first pay attention to its colour and size, and, in fact, it is the cut that determines how favourably these two parameters are presented. To discover more about the various ways to facet gemstones and about what jewellers should look at when buying stones, I talked to Nomad’s master stonecutters.

The roots to the Nomad’s story are first found shortly after the collapse of the Soviet Union. In Ukraine, where the young men who started Nomad’s grew up, the government mined optical grade quartz during the Soviet period. Many beryl and topaz crystals were found during the tunneling but were of no interest to the mine. Seeing the beauty of these unwanted crystals, some of the staff geologists collected them as mineralogical specimens. 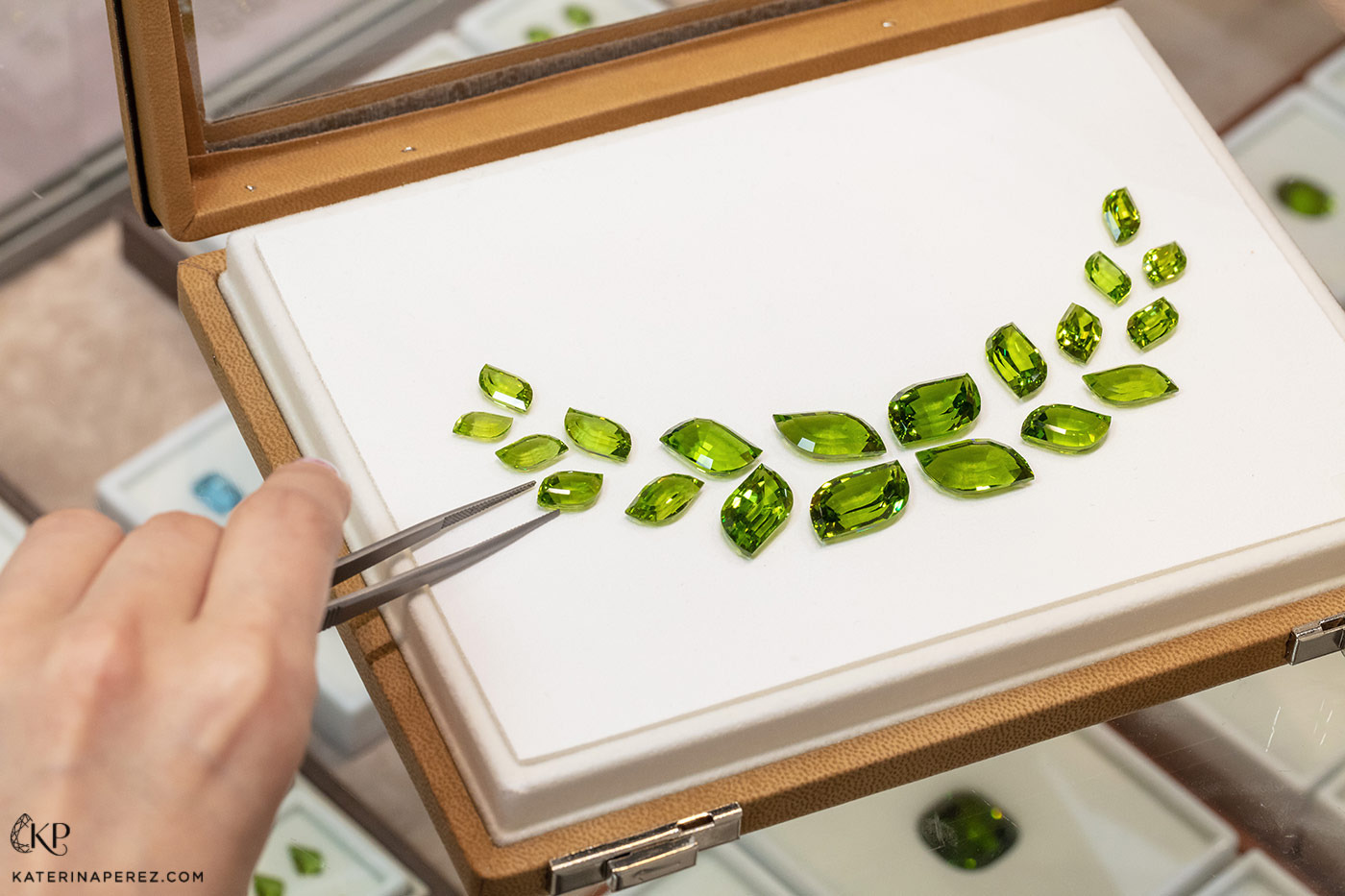 After the fall of the Soviet Union, Mikola Kukharuk and several other young men worked in a company that realized the undiscovered potential and purchased these crystals for faceting. There they read all available books on the topic, studied gem cutting and learned the business. Later, after that company closed, 4 friends (Mikola, Slavik, Max, & Olli) established a new company in Bangkok with the idea of trying their hand at a broader range of materials and exploring the exciting world of the international gem trade. It was called Nomad’s as a metaphor of the lifestyle involved: venturing from mine to mine seeking quality rough and faceting it before setting out again on sales trips to the jewelry houses around the world as well as a metaphor for personal transformation and travel within: an exploration in knowledge, artistry, and aesthetics. 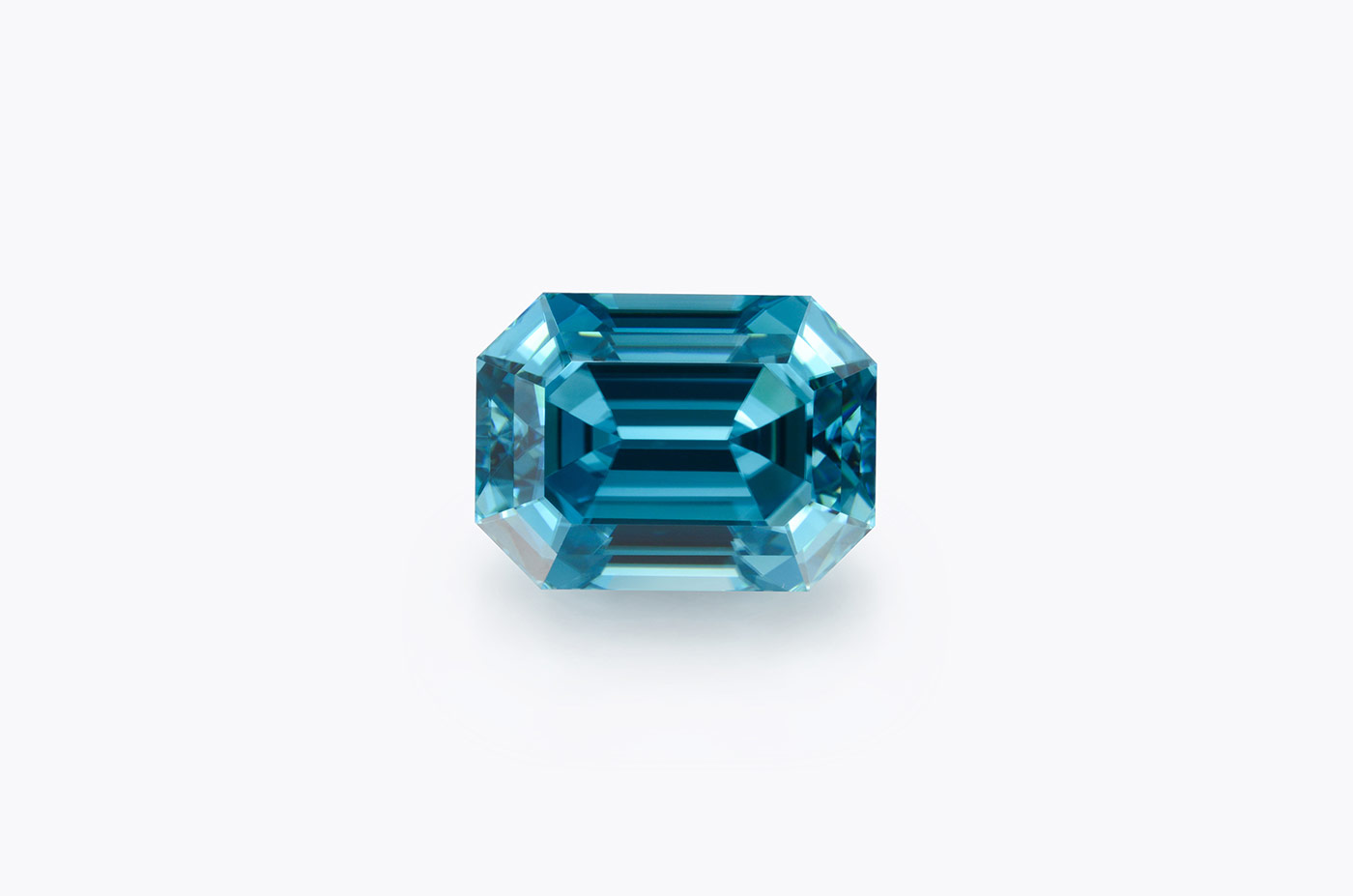 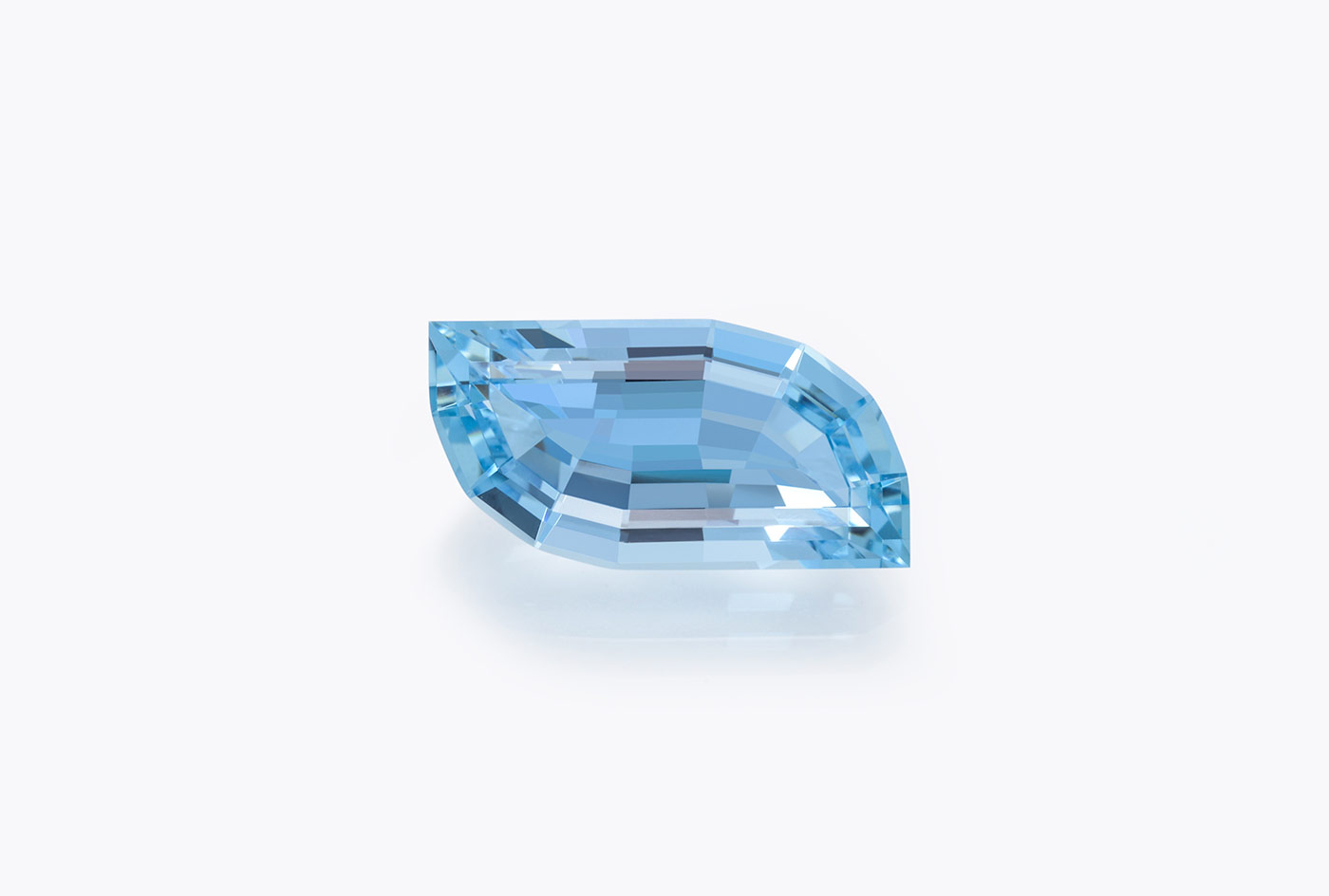 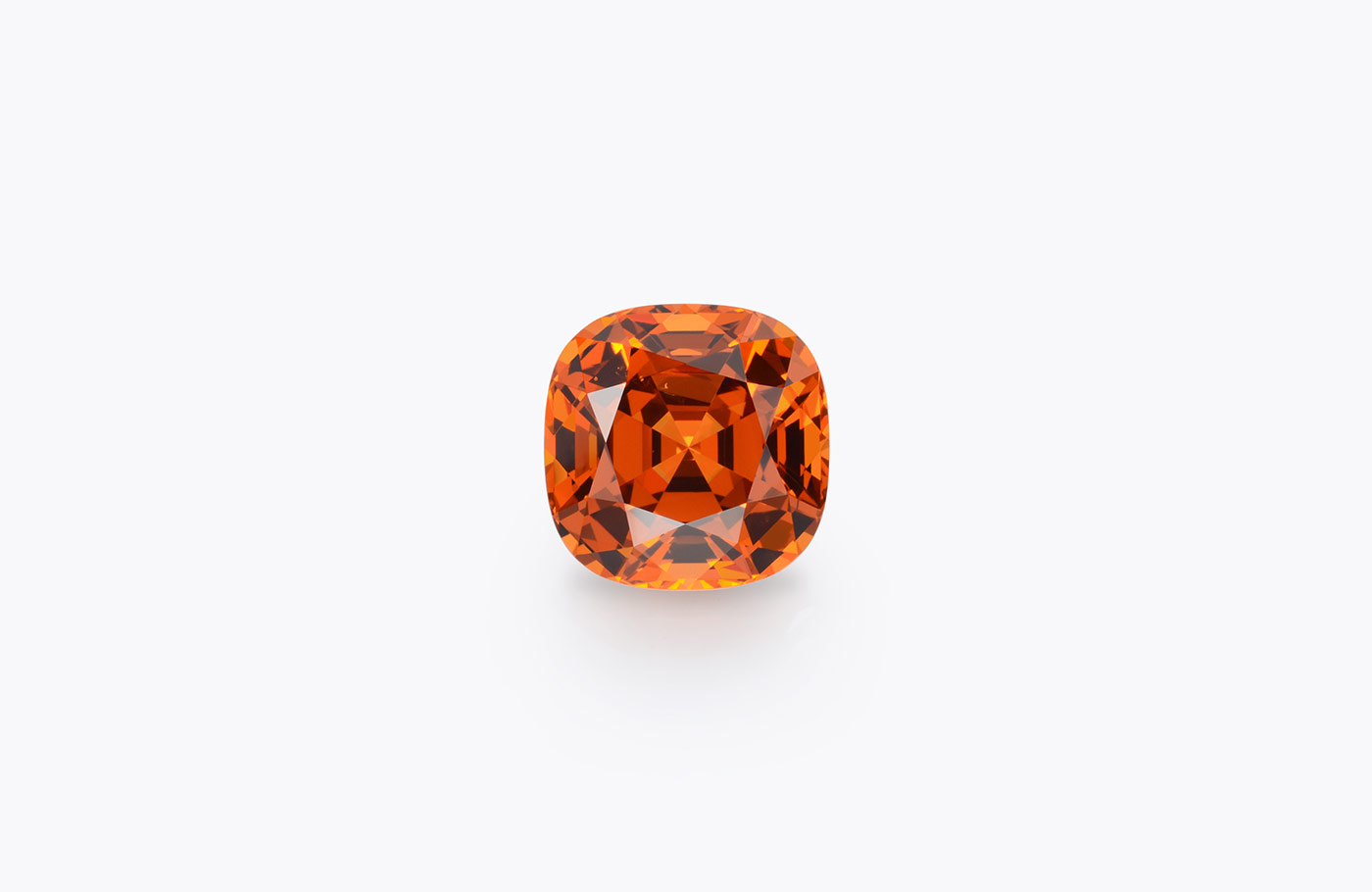 Now, 20 years later, Nomad’s is one of the largest specialist lapidary companies offering jewellers a wide range of gems for purchase. In the beginning, its craftsmen worked predominantly with beryls and topazes. Now they skilfully facet a wide variety of minerals including spinels, garnets, aquamarines, peridots, and sapphires. At Nomad’s, they not only know their job well but know how to capture and channel the light inside the stone in the desired direction in order to present mineral’s best possible colour as well as create the most attractive shape – one which is sometimes completely unusual – that can accentuate advantages and hide flaws. 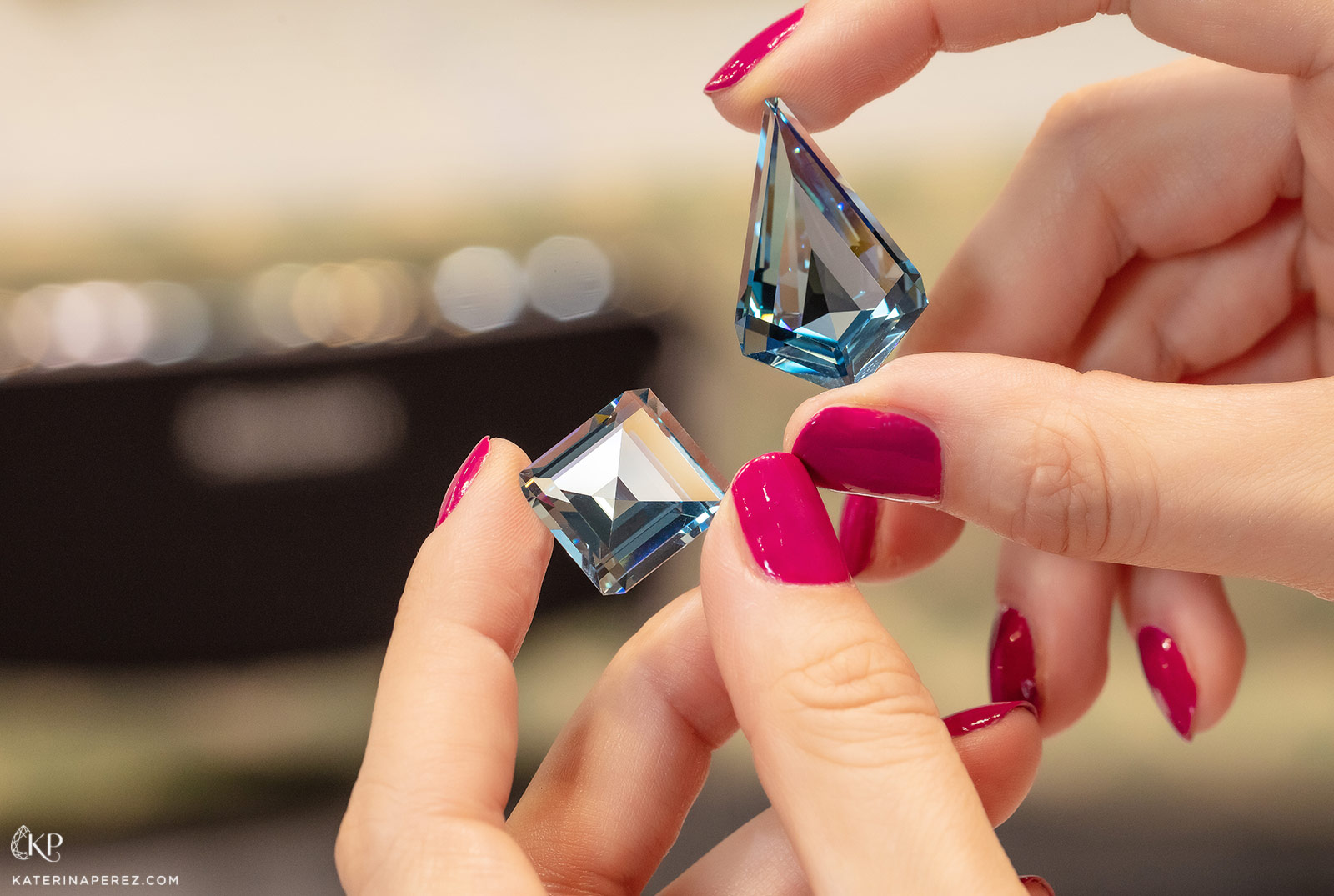 During the Hong Kong fair, I was personally acquainted with Nomad’s fancy cut stones as well as some very well executed classical styles that convey unfading beauty. I noticed that the company cutters create such interesting, experimental shapes that there are not even official names for them. Due to their transparency, rich natural shine and affordable price, various types of beryls, topazes and tourmalines are best suited for experimental cuts while investment-grade stones are reserved for classic shapes. 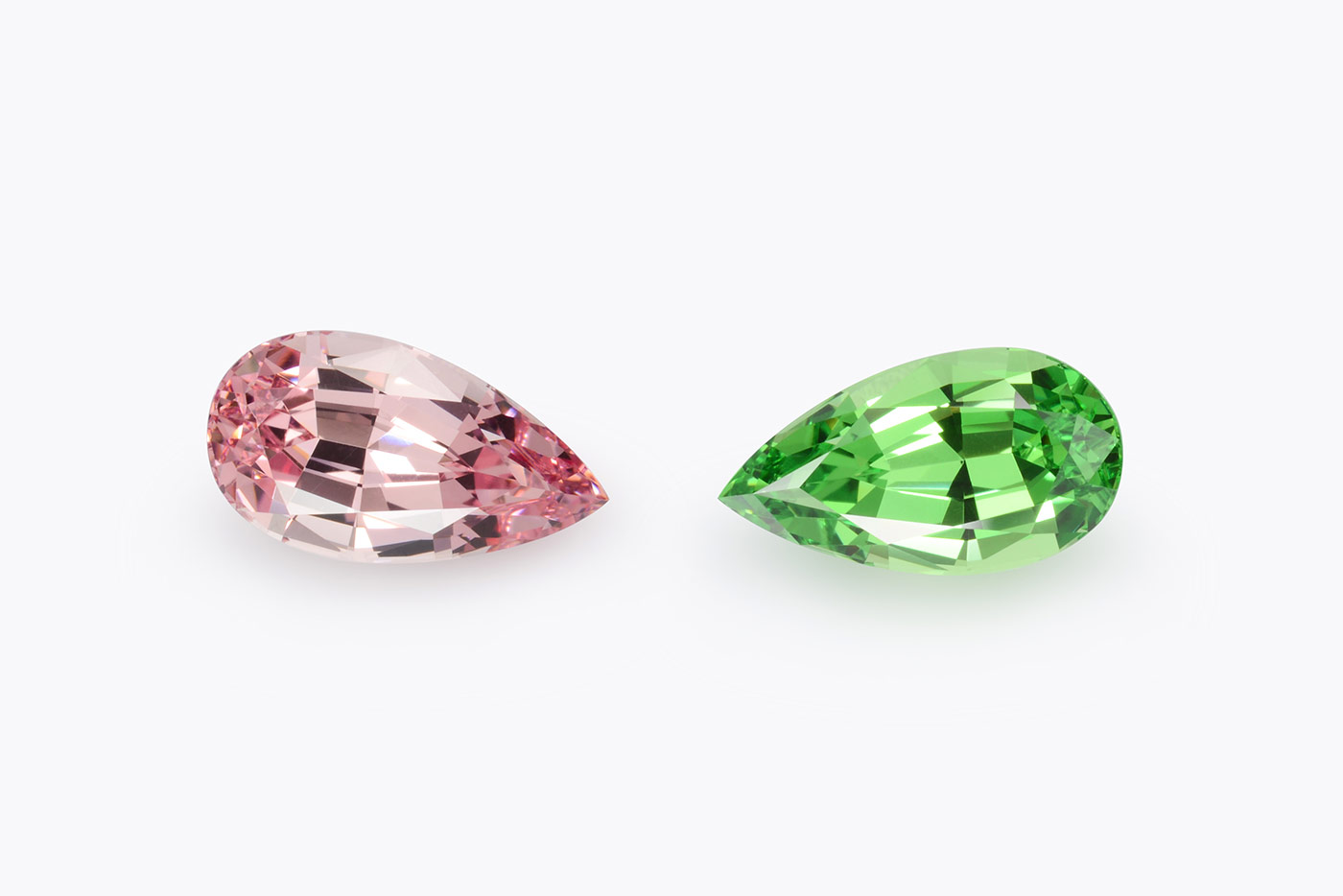 When working on a mineral, Nomad’s cutters always consider what these stones will look like in a piece of jewellery. “Rough crystal dictates the final look as well as the gem-cutting process itself: sometimes when you slice a mineral, you may see something that wasn’t obvious before, so the cutter makes the decision on how to proceed themselves. If a gemstone is very expensive, we discuss what to do next altogether. Although our goal is to get the best yield from the rough, we always prioritise beauty and keep it in mind when working on a stone,” Mikola explains. 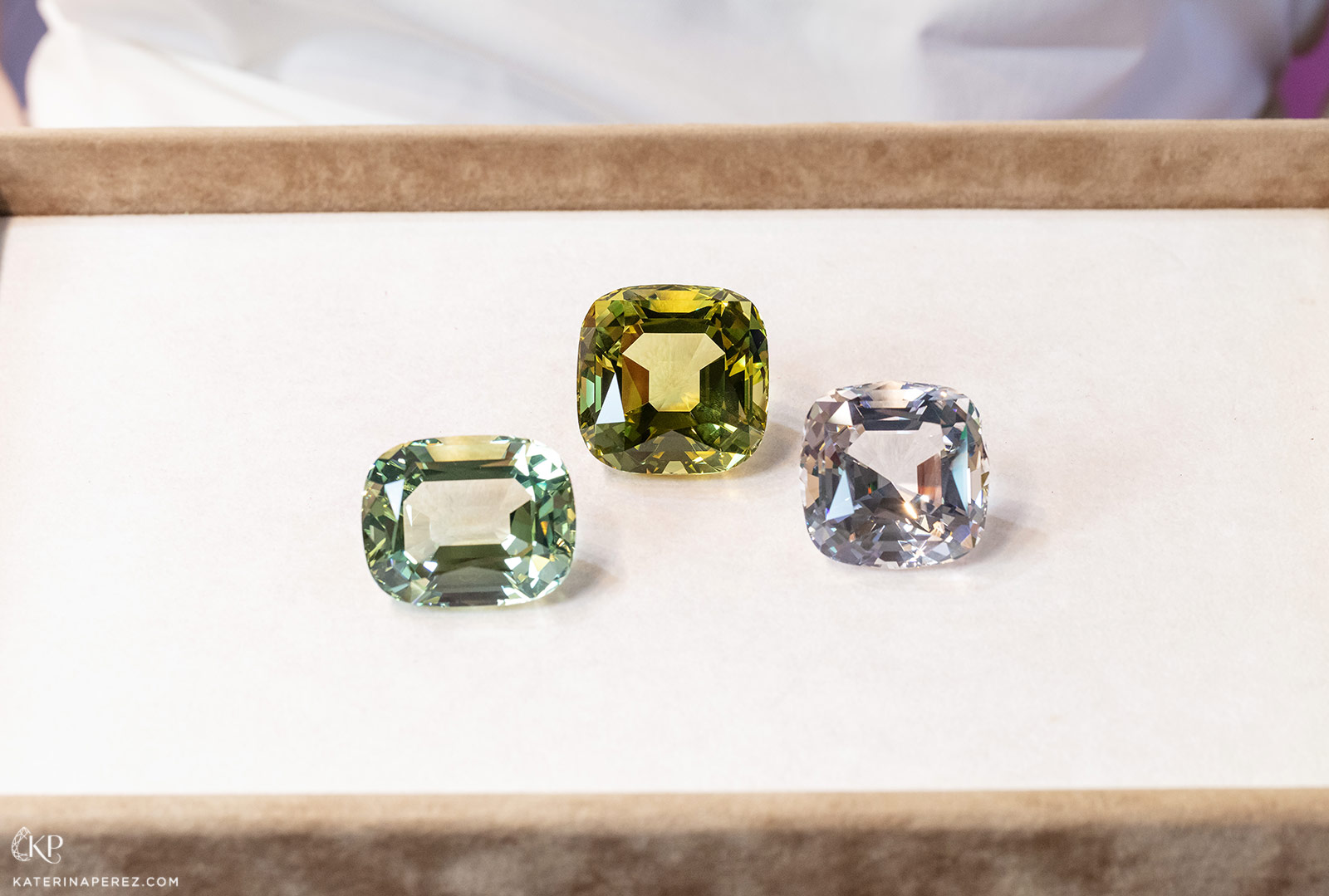 Few people understand that cutting is not just a clearly calculated technical process, but an interaction between stone and man. As a result of this union, either a masterpiece is born, or a stone will need to be cut again in the future (and this is not as rare as you might think in the jewellery world!). So, when considering the cut of a stone, Nomad’s masters immediately take into account several factors: the most advantageous shape for the mineral, its proportions and the ornament of facets. The first one reveals a gem’s potential and unveils its beauty, the second one dictates if the stone will be more modern, classical or old-mine in its look, and the last one determines the size and the number of facets. 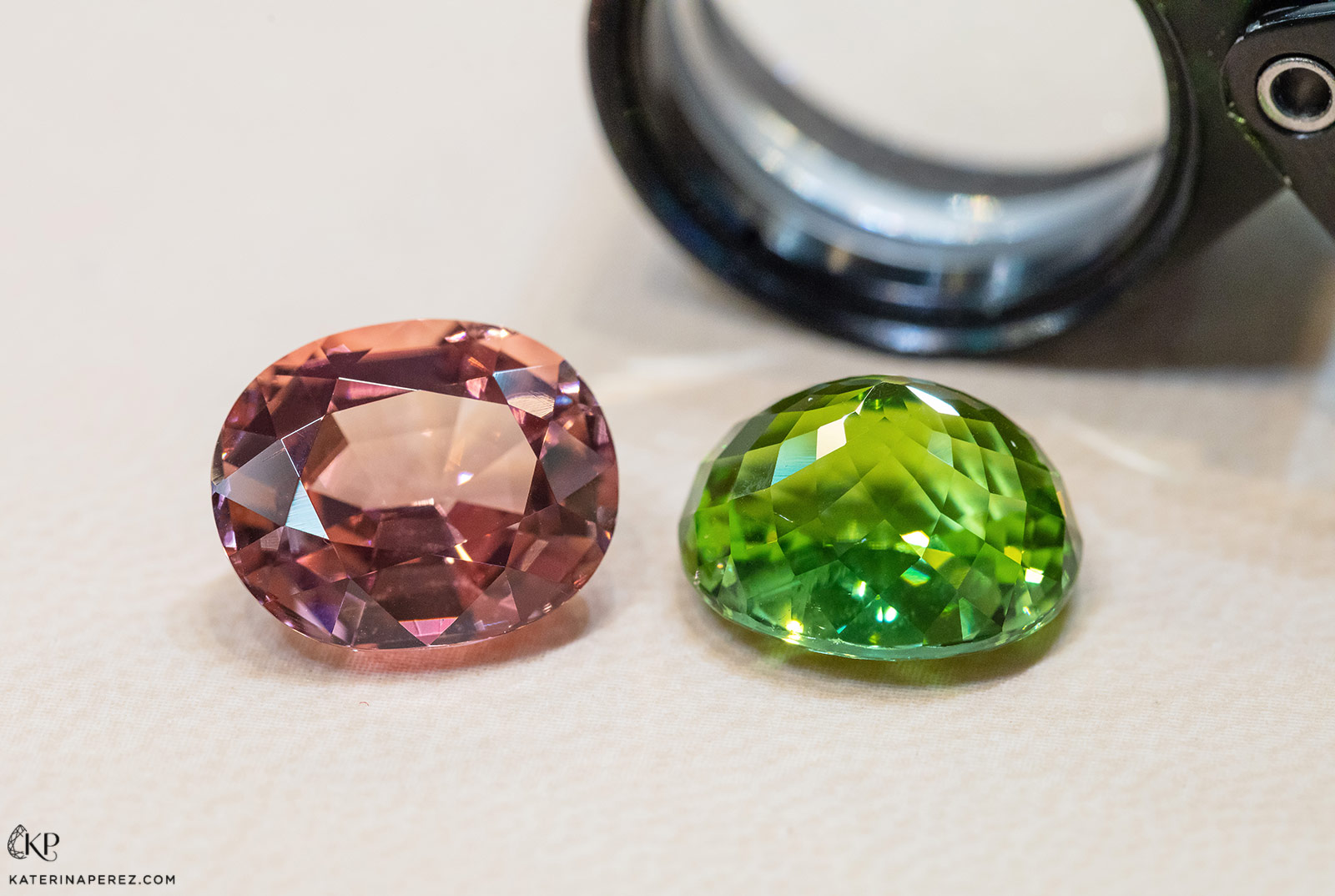 From Nomad’s team I learned that a jeweller buying a gemstone is recommended to scrutinise the facet pattern and judge how it fits the overall shape of the stone as well as the design of the future jewel. Some facet patterns can look awkward to the shape, whereas others blend harmoniously.

“Meet-points (all of the facets coming to a junction should meet at one point and not overlap), flat facets where you can see the whole surface of them reflecting light (bad equipment can make them slightly curved) and sharp edges (the sharper they are, the more brilliance you get) allow for a fantastic sparkle in a gem that is pleasing to the eye. I recommend that jewellers pay attention to these factors more often and that they should not just be satisfied with the absence of a ‘window’, a dull, often see-through part in the centre of the stone,” Mikola tells me. 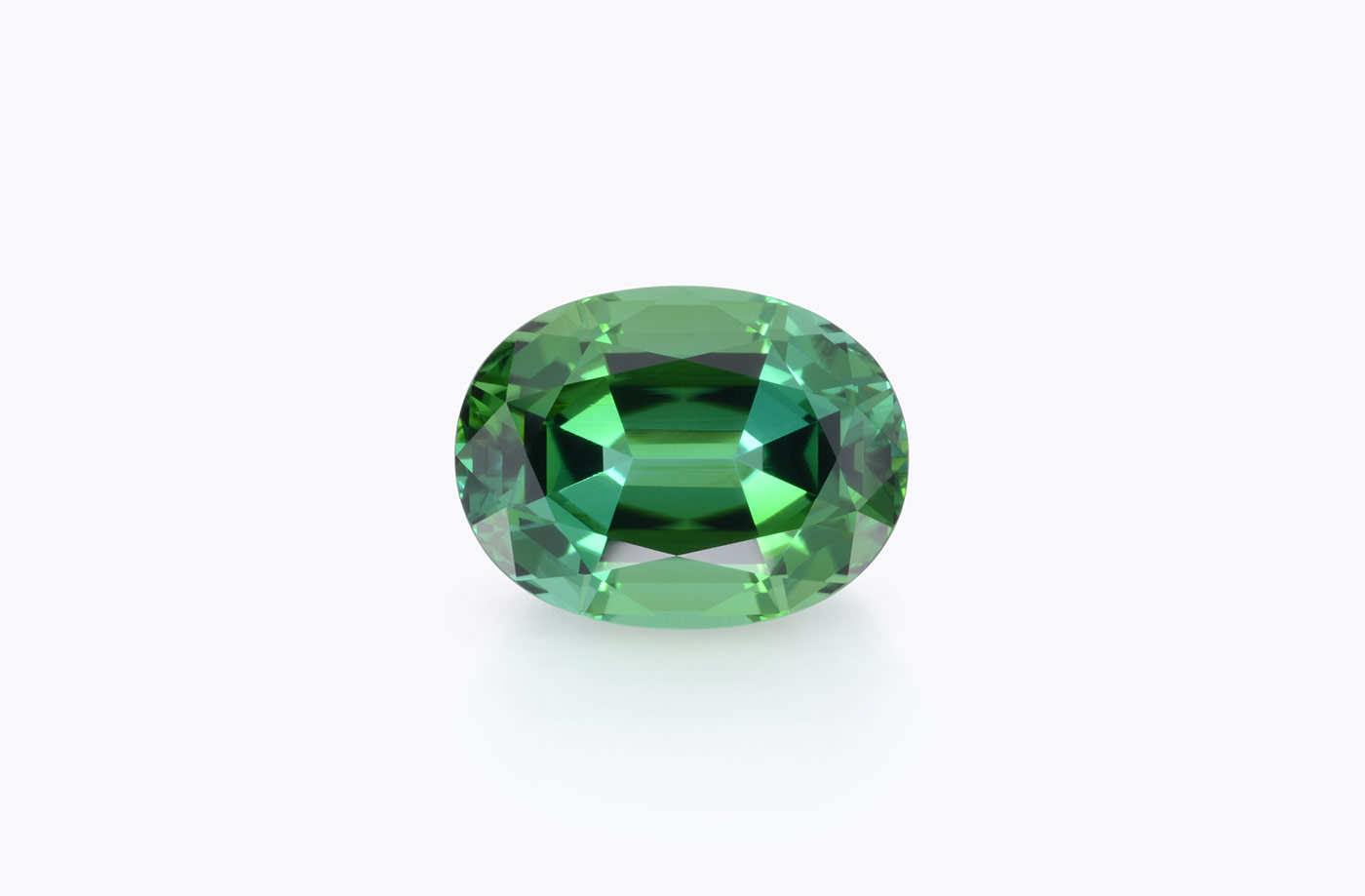 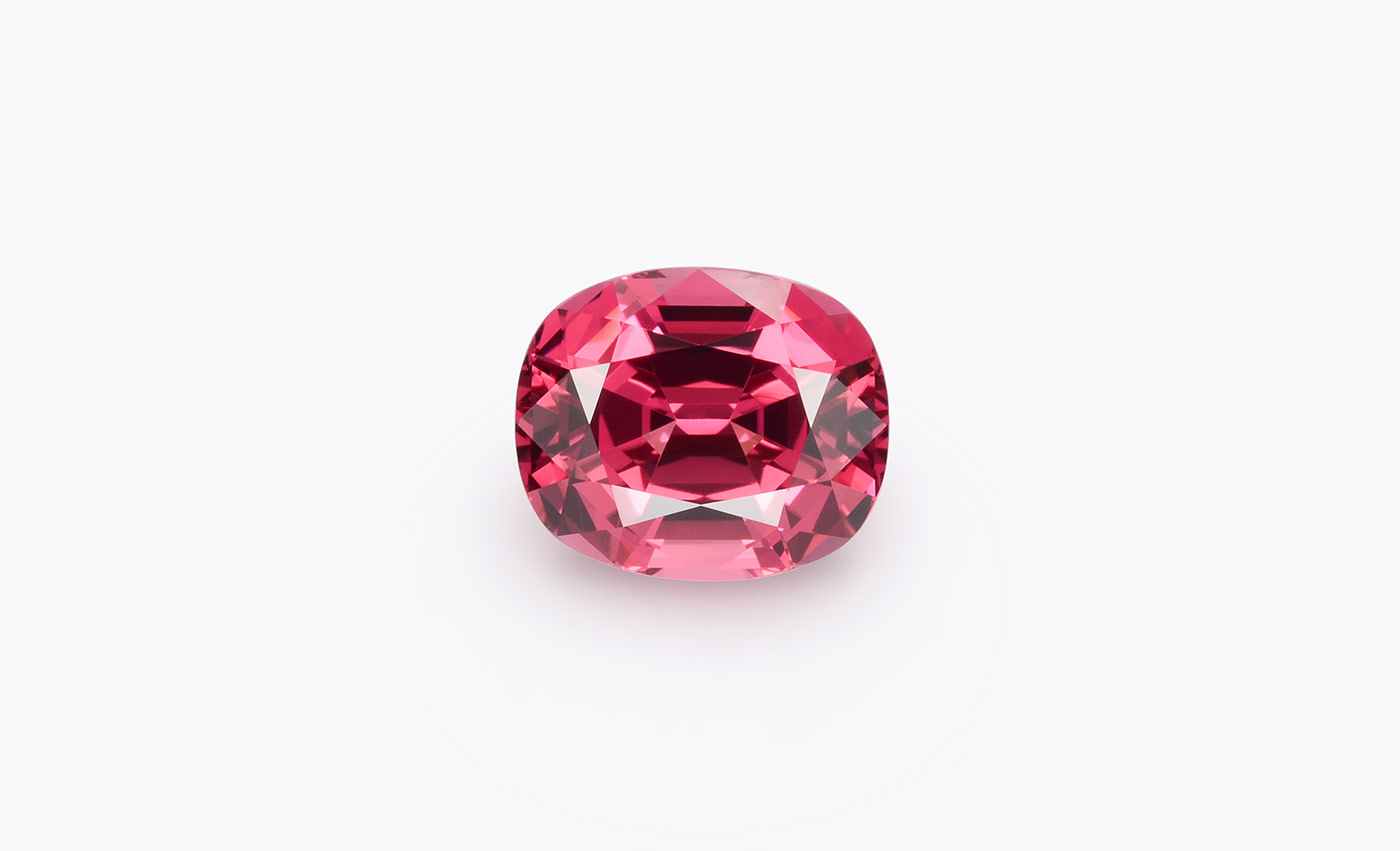 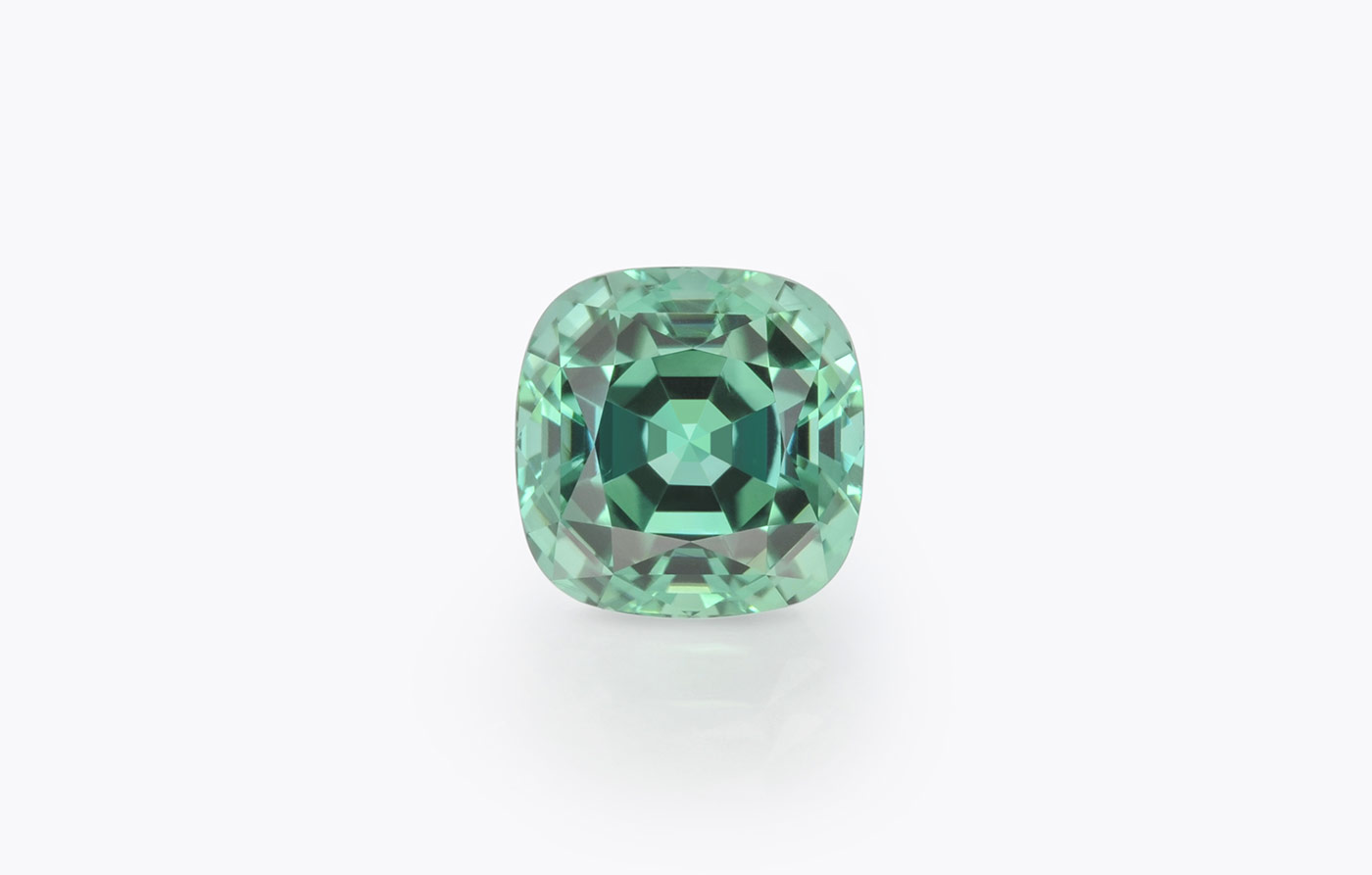 At the end of our conversation, one of the founders emphasised that harmony and beauty are the best criteria for choosing a gem. If you are a jeweller, you can gain special access to a closed section of the Nomad’s website ( click here ) where you can look at the company’s work and buy the very gem that will perfectly match your conception of beauty. Available exclusively for members of the jewellery trade.

SPECIAL THANKS: NOMAD'S FOR SPONSORING THIS ARTICLE