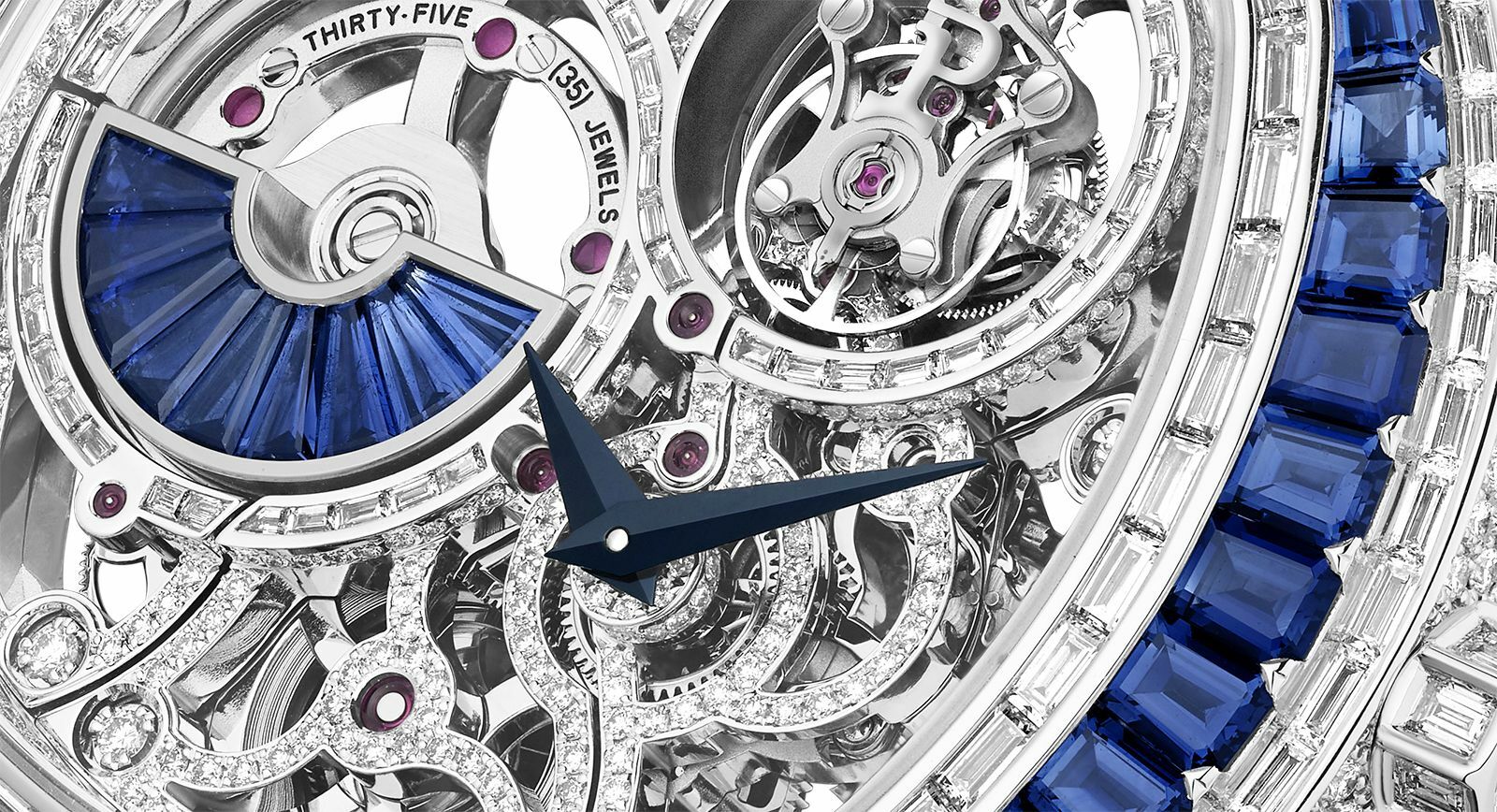 Piaget: “The sky’s the limit” or the story of five new Polo Emperador Exceptional watches

Throughout the summer, brands have spoiled us with delightful new timepieces that combine the best traditions of watchmaking with those of jewellery art and, with the onset of autumn, the release of new models continues. Here, we take a closer look at the Swiss brand Piaget’s five new Piaget Polo Emperador Exceptional watches, which take the arts of Haute Horlogerie and Haute Joaillerie to a whole new level of complexity and artistry.

For more than 60 years, Piaget has been known for its prowess in watchmaking as well as jewellery making, with two workshops dedicated to the craft. One, in La Côte-au-Feu, specialises in the design and assembly of watches, while at Piaget’s Ateliers de l’Extraordinaire in Geneva, designers are focussed on creating only the most unexpected and extraordinary timepieces. 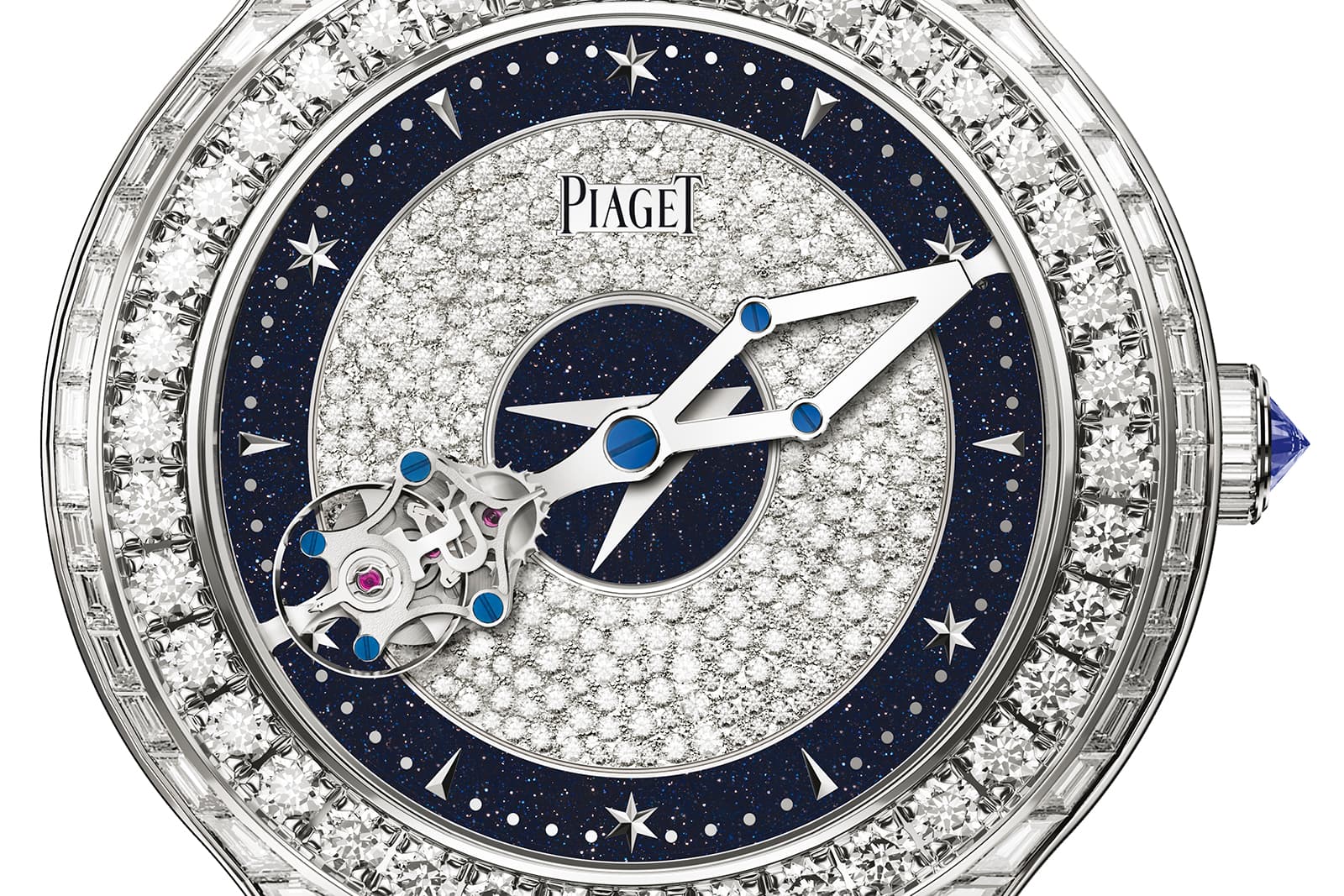 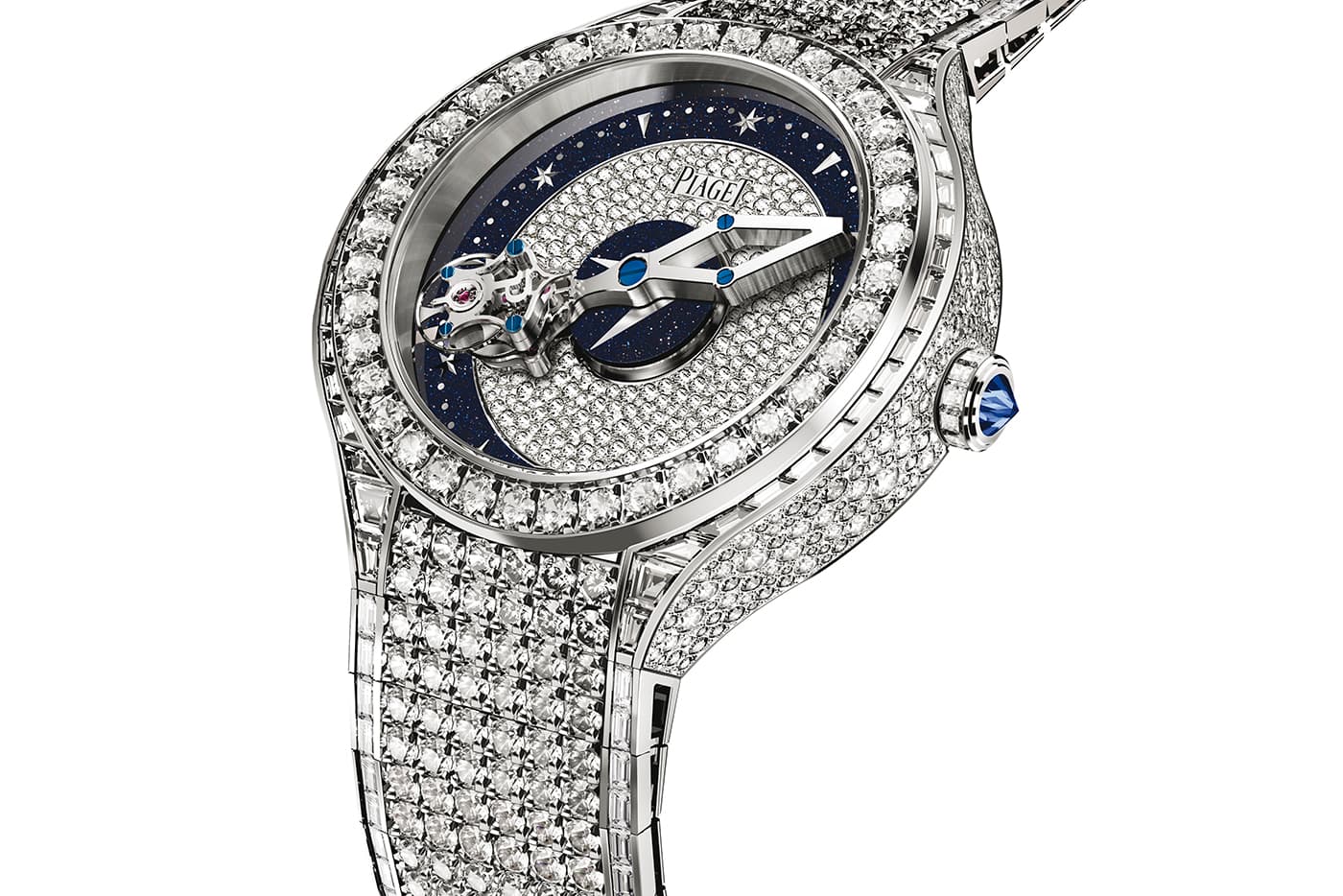 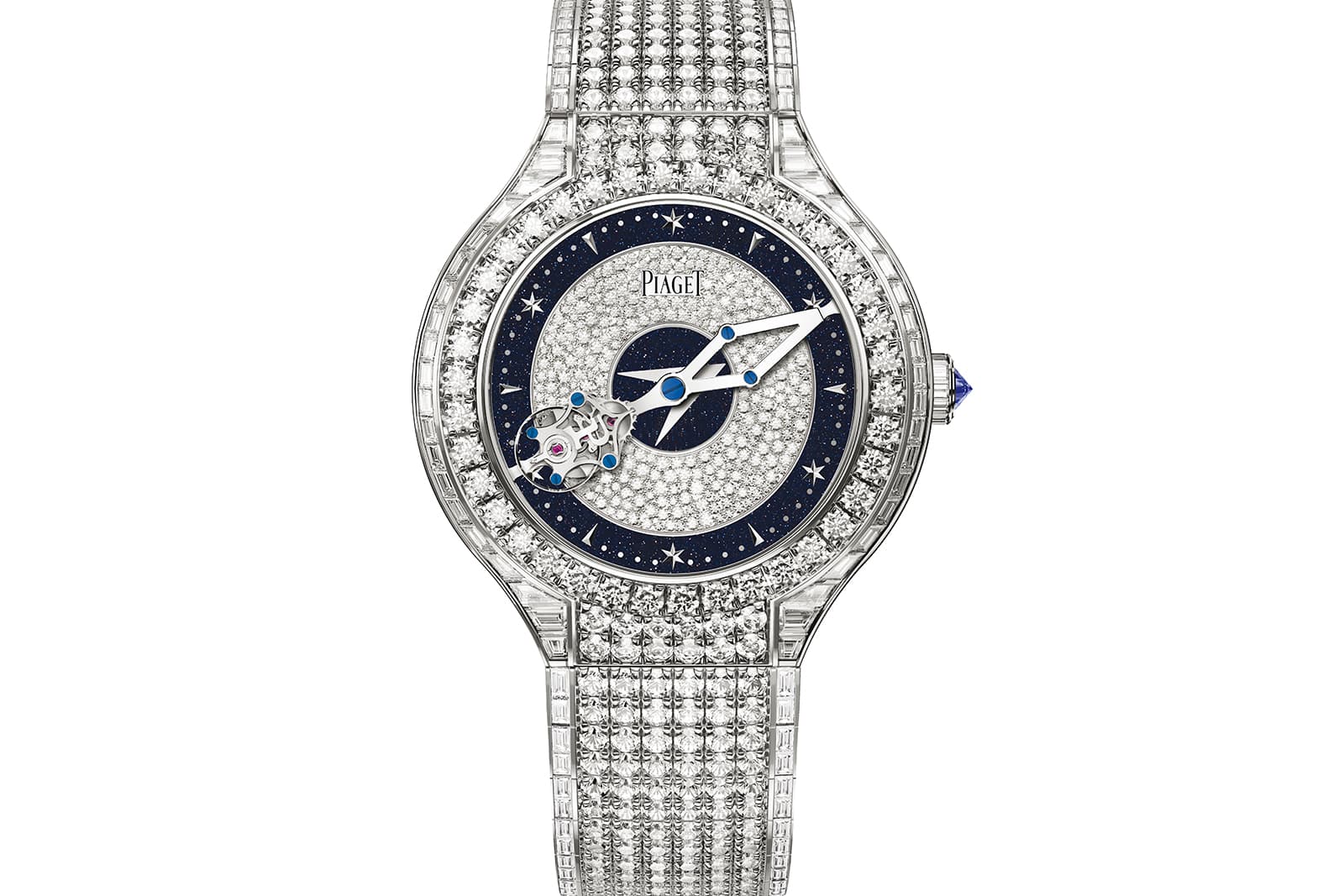 Let’s begin with the Piaget Polo Tourbillon Relatif model. Its most distinctive feature is the positioning of the watch’s “heart” – the Maison’s 608P hand-wounder Tourbillon Relatif movement, placed on the same axis as the minute hand, which rotates directly above an aventurine dial illuminated with diamonds and white gold stars. Designed to track the passing of the hours and recreate the magic of a starry night sky, to complete the watch’s luxurious appearance, the Piaget Polo Tourbillon Relatif bracelet is entirely set with diamonds and the crown adorned with a sapphire set culet up. 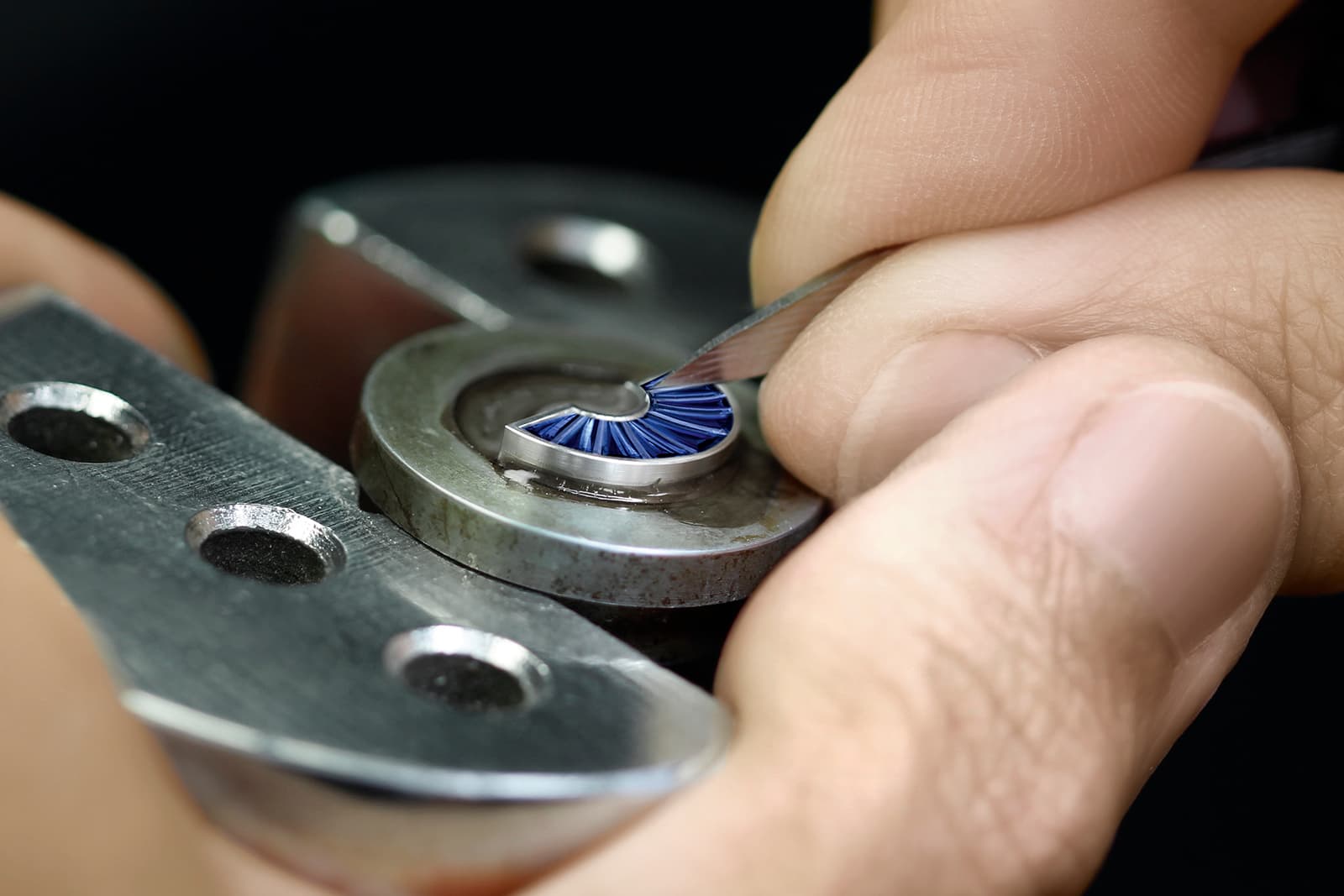 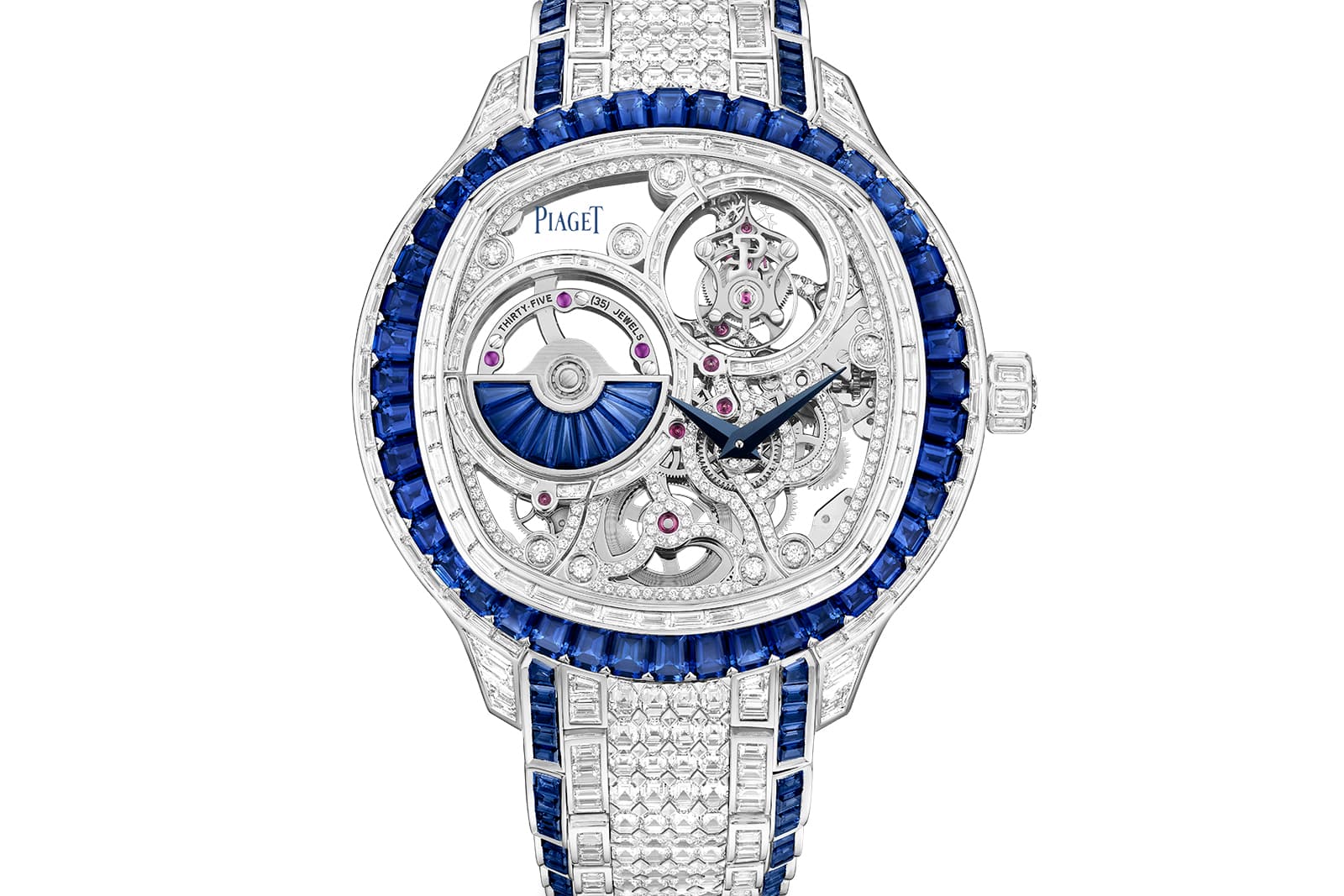 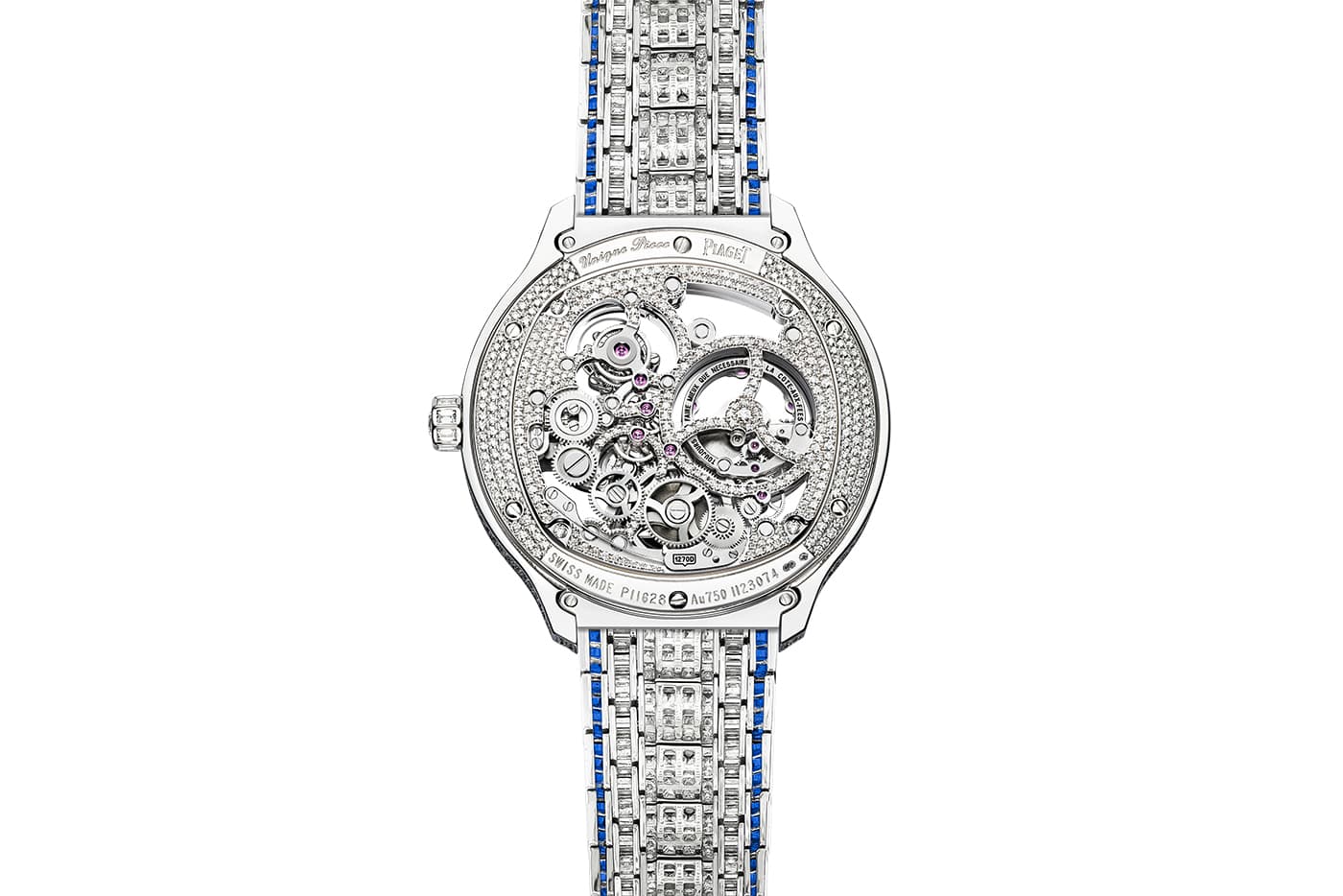 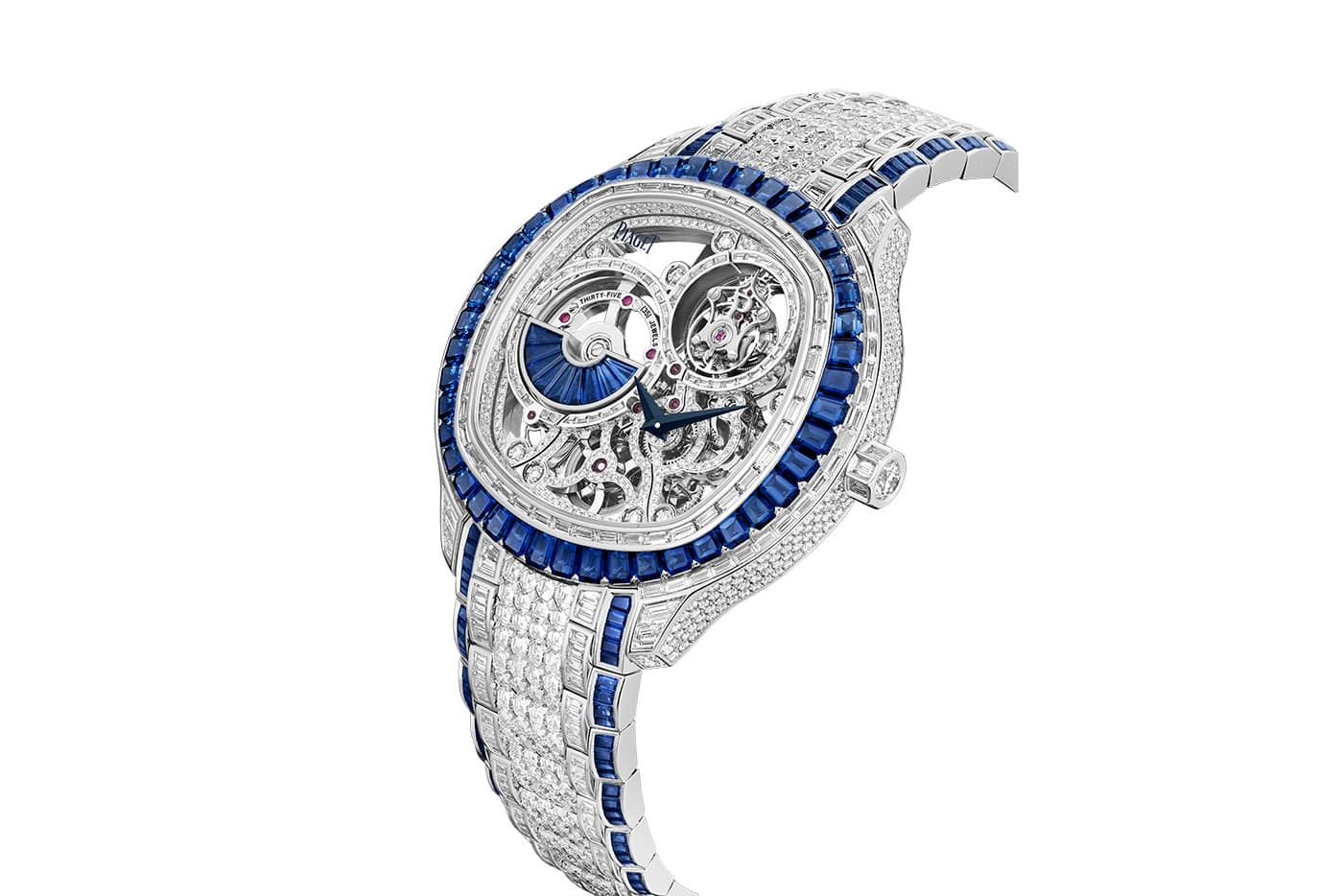 The pavéd bracelet on the one-of-a-kind Piaget Polo Emperador High Jewellery timepiece is encrusted with 29.49 carats of diamonds and almost 21 carats of blue sapphires. Piaget selects only colourless stones of the D, E and F grades, with a clarity of VVS or higher. Diamonds of this quality are testament to Piaget’s commitment to creating timepieces with no limit with regard to quality or beauty. 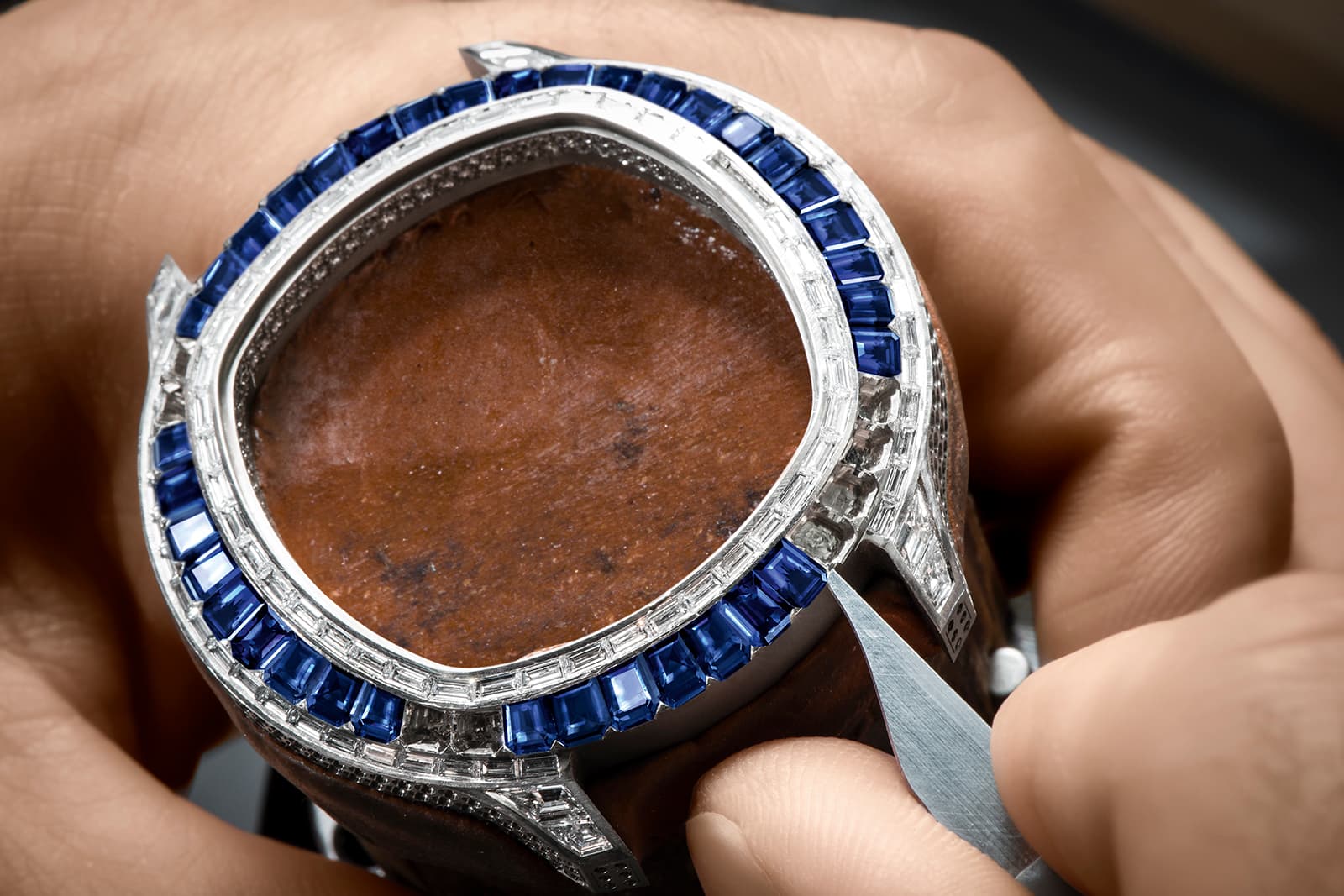 The remaining three models feature alligator straps in various colours and are limited edition pieces as well as works of art imbued with captivating secrets and symbols. 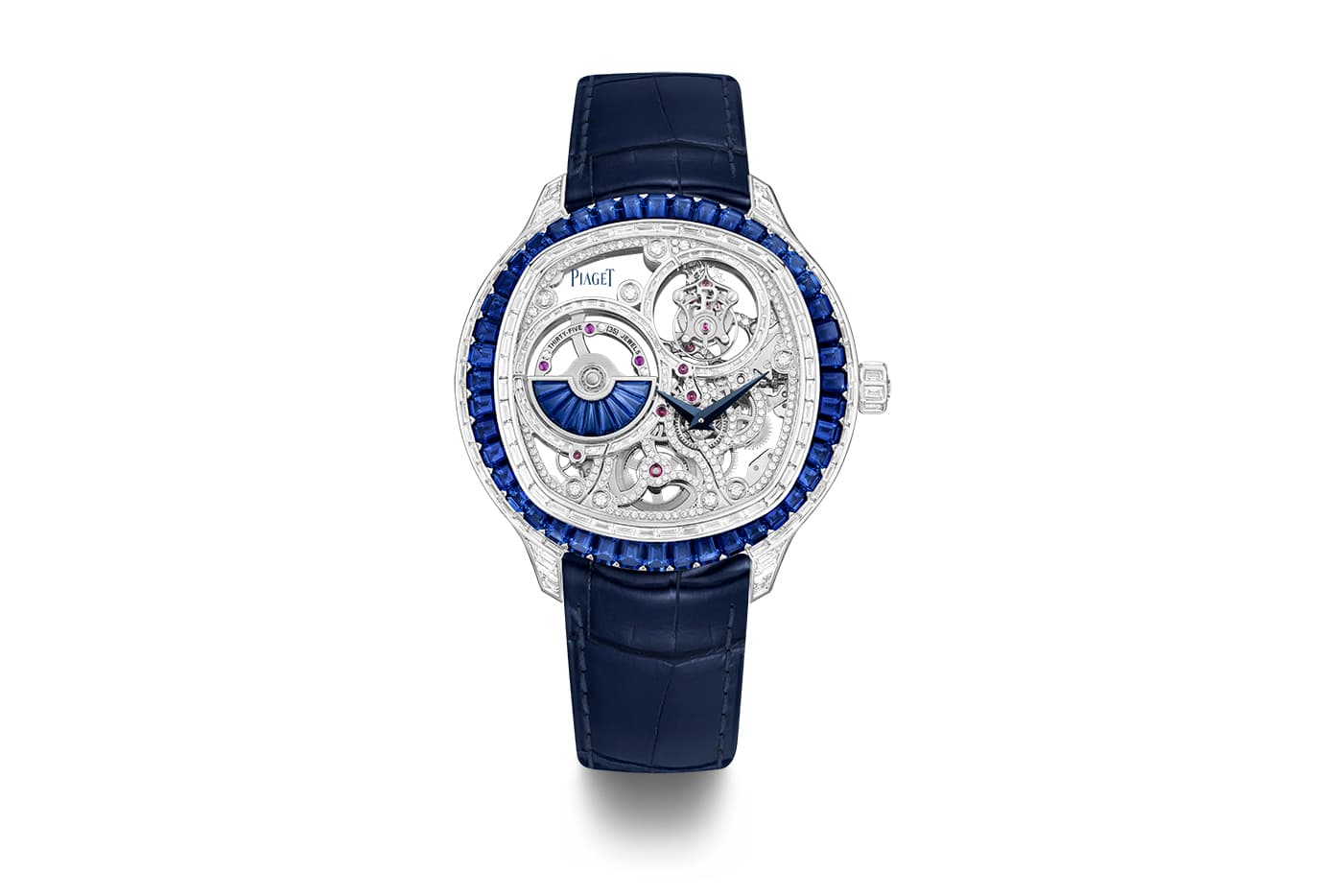 For the assembly of Piaget’s Polo Emperador Exceptional watches, only the most experienced Piaget watchmakers were involved – masters who have undergone four years of training in their specialty before embarking on further training at Piaget, which itself takes more than a year. Only the very best students are invited to join the Maison’s fine watchmaking workshops, where they continue to learn from the House watchmaking experts. Only then are they ready to independently create the most complex, razor-thin Piaget movements. 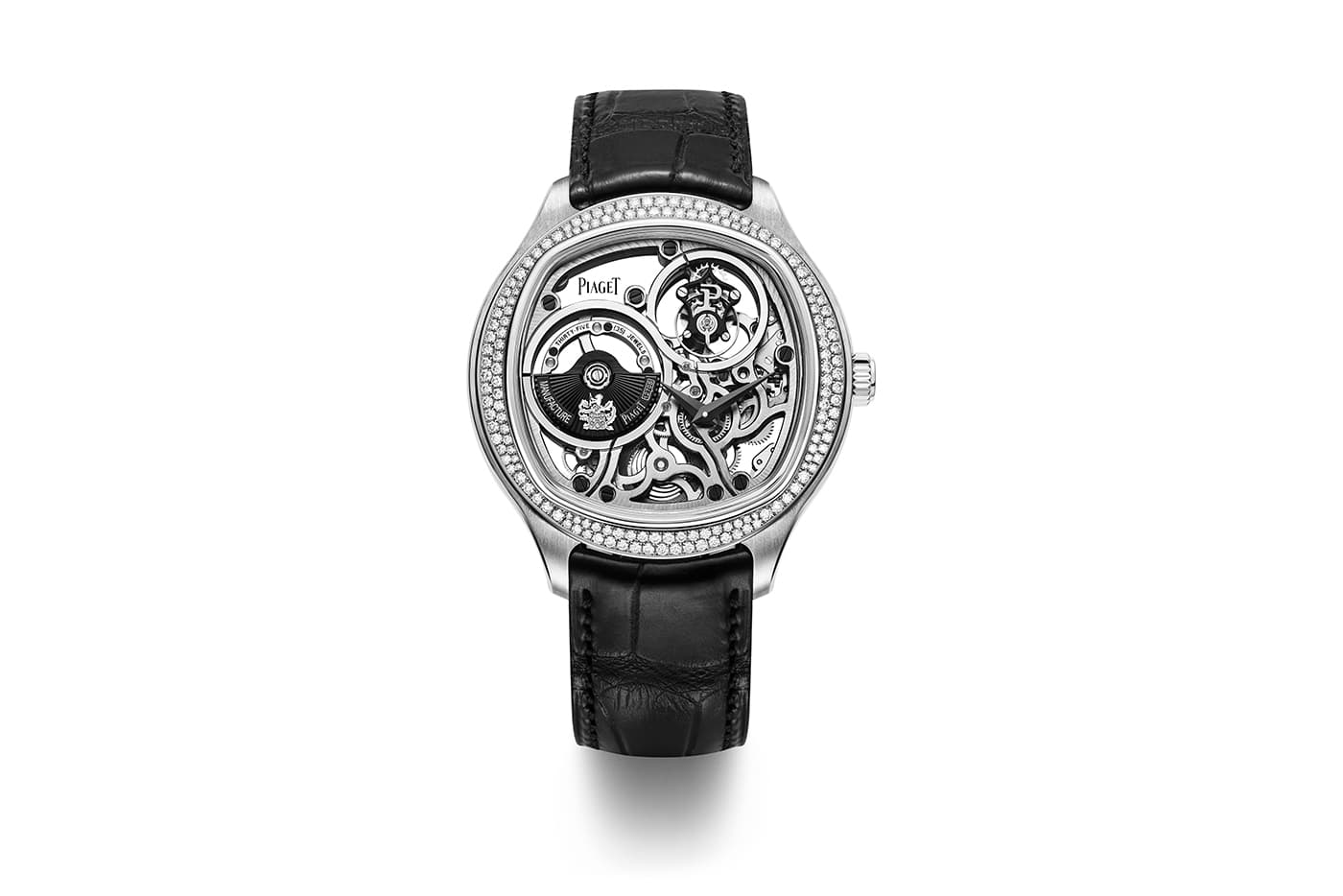 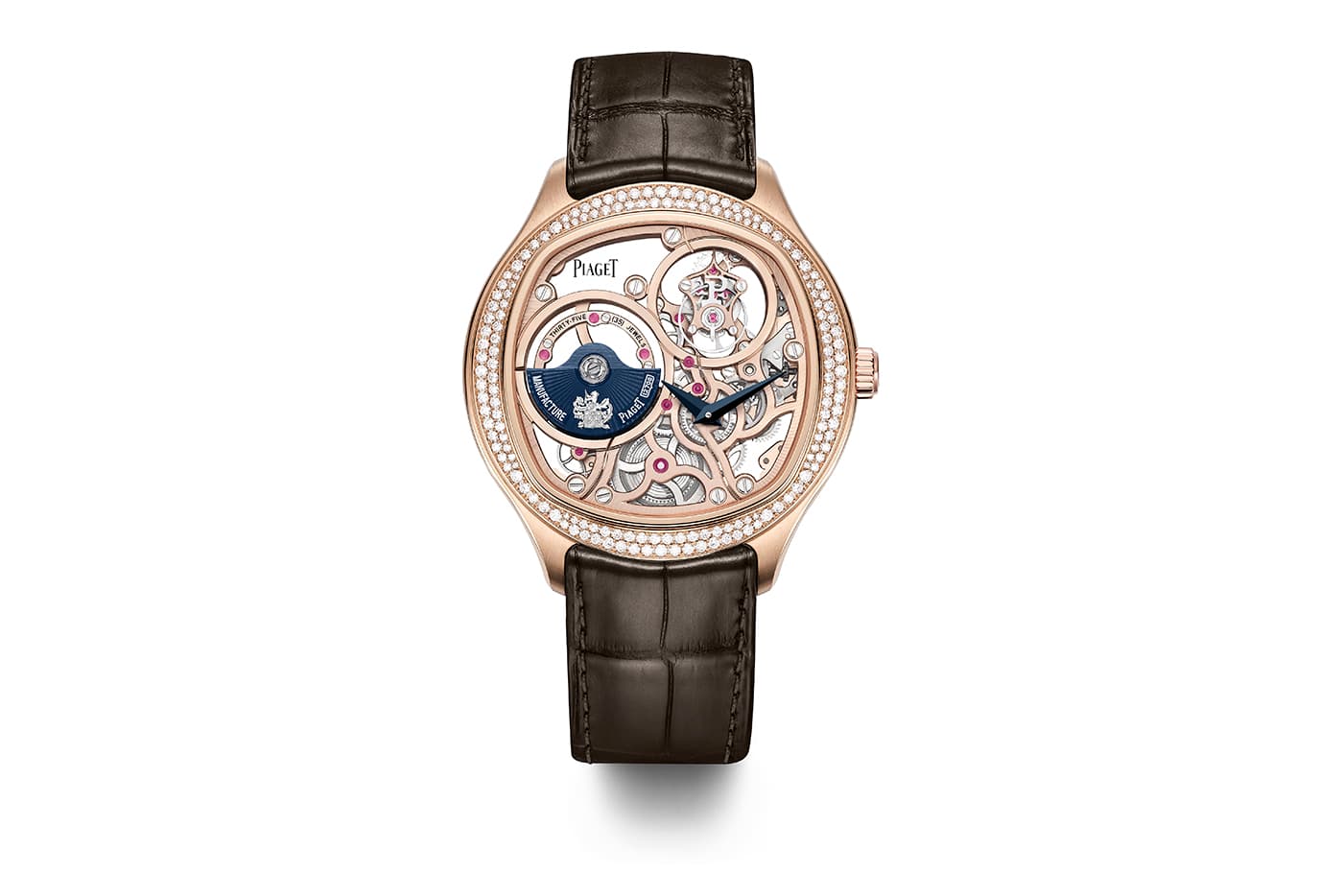 The five Piaget Polo Emperador Exceptional watches celebrate the art of movement, light and colour. The expression “the sky’s the limit” is perfectly encapsulated by these watches, which showcase Piaget’s love of pushing the boundaries of creativity and craft, design and technology, goldsmithing and gem-setting.