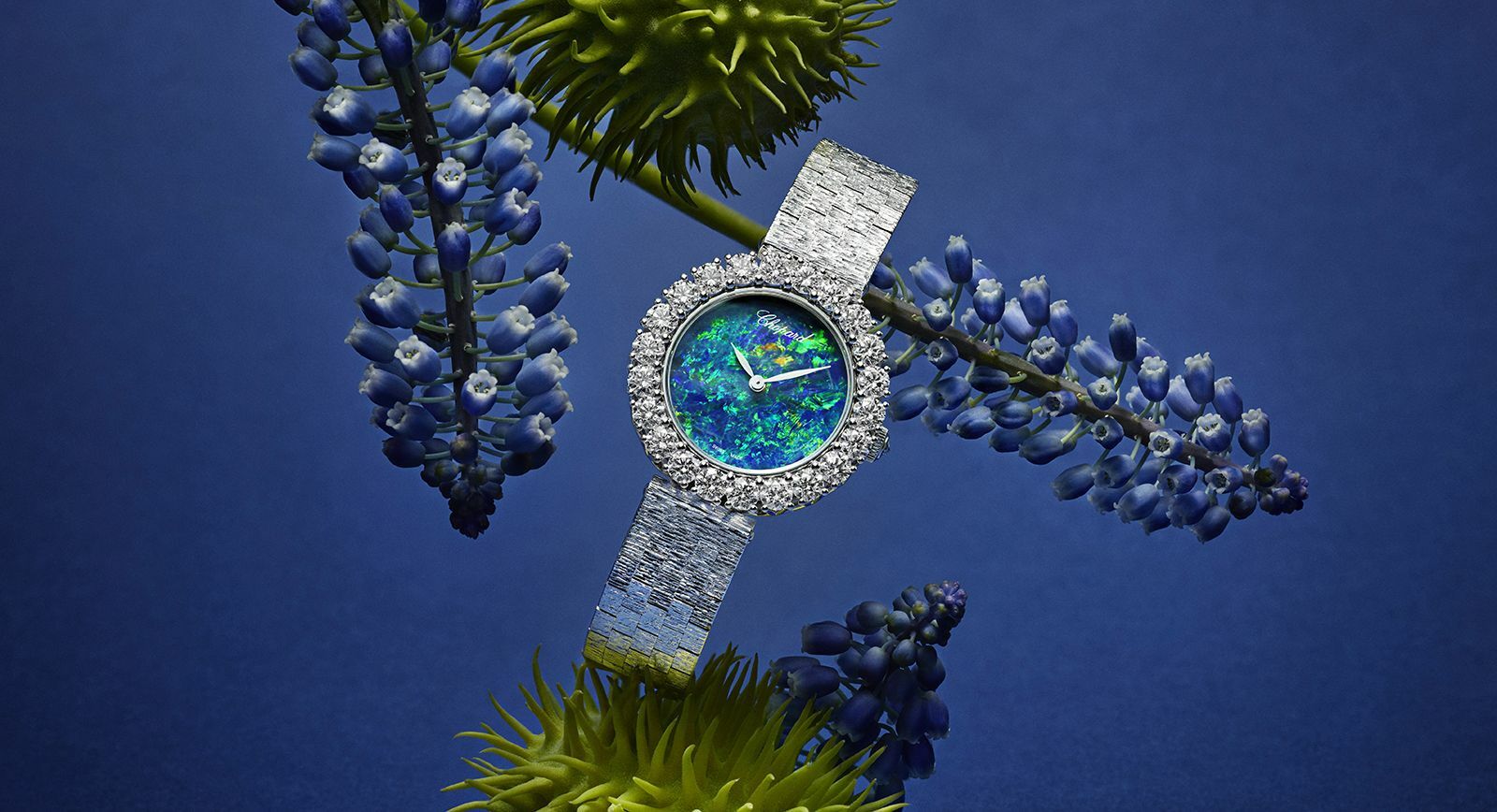 What do you imagine when you look at an opal? Colourful fireworks? A reflection of the galaxy? This gemstone incites everyone’s imagination in different ways. It feels impossible to stop gazing at opals, and so they return again and again, not just to Haute Joaillerie but to the dials of timepieces as well.

Swiss manufacturers have been using this enigmatic gem to decorate watch dials for over five decades, emphasising the beauty of opal with a halo of diamonds set on the bezel or a diamond bracelet. Cocktail watches made with opals were particularly popular in the 1970s and came back into fashion in the 1990s - something which explains the regular appearance of previously owned models by Piaget, Longines, Audemars Piguet and Vacheron Constantin at auction. Recently, there has been a resurgence in the popularity of watches made with this enchanting mineral, so I have selected five of the most attractive for you. 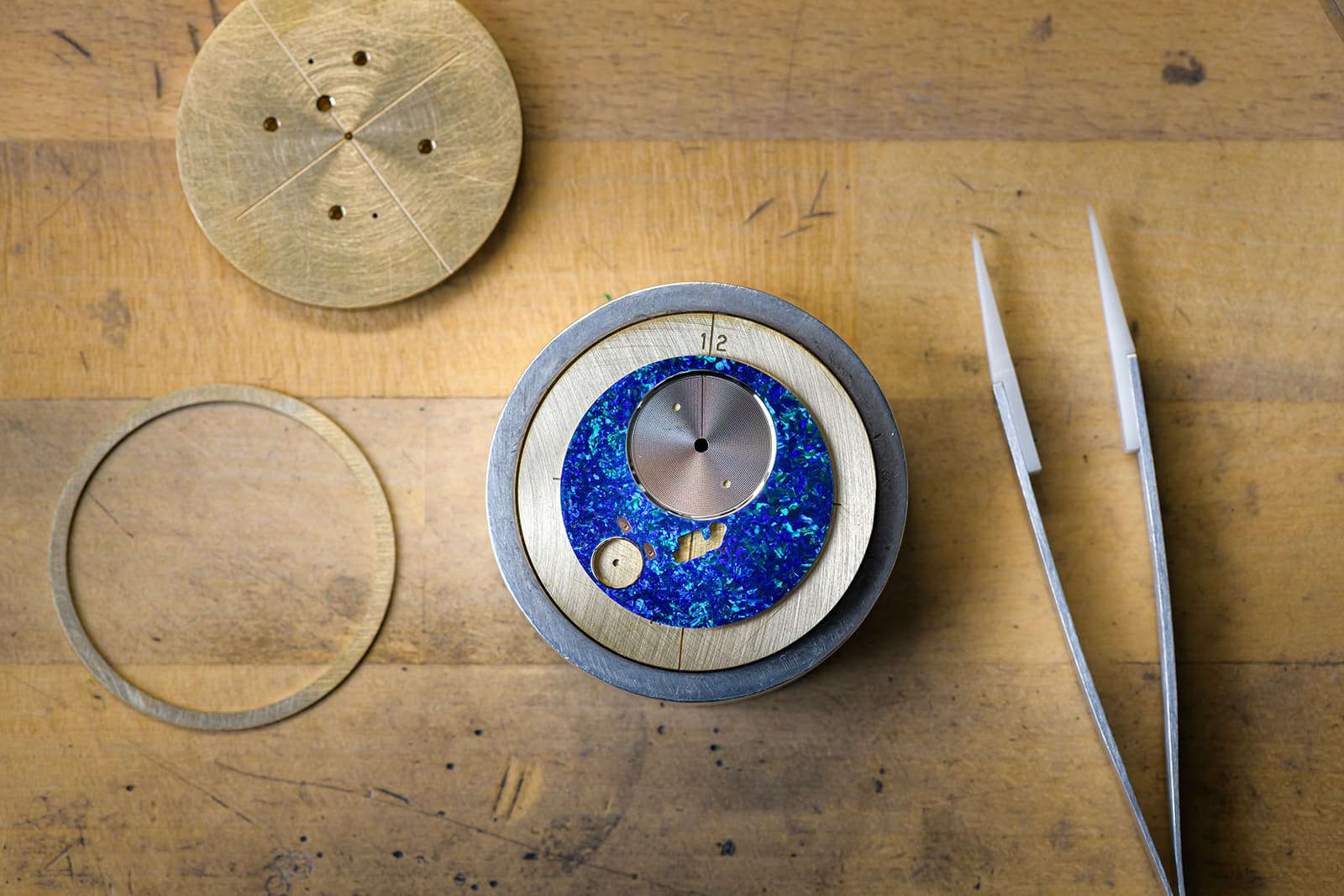 The Swiss brand has expanded its iconic L’Heure du Diamant collection by introducing three new cocktail watches with round or oval dials that are decorated with black Australian opal. In keeping with tradition, the bezel is embellished with brilliant cut colourless diamonds, creating an attractive contrast between the precious stones. The design pays tribute to the 1970s, so it could be said that the L’Heure du Diamant novelties echo the time when women adorned their wrists with delicate bejewelled time-telling ornaments. Of the three new Chopard additions, there is one particularly impressive - a watch with colourless stones set on the bracelet and two large diamonds placed on the bezel, one at 12 o’clock and the other at 6 o’clock. 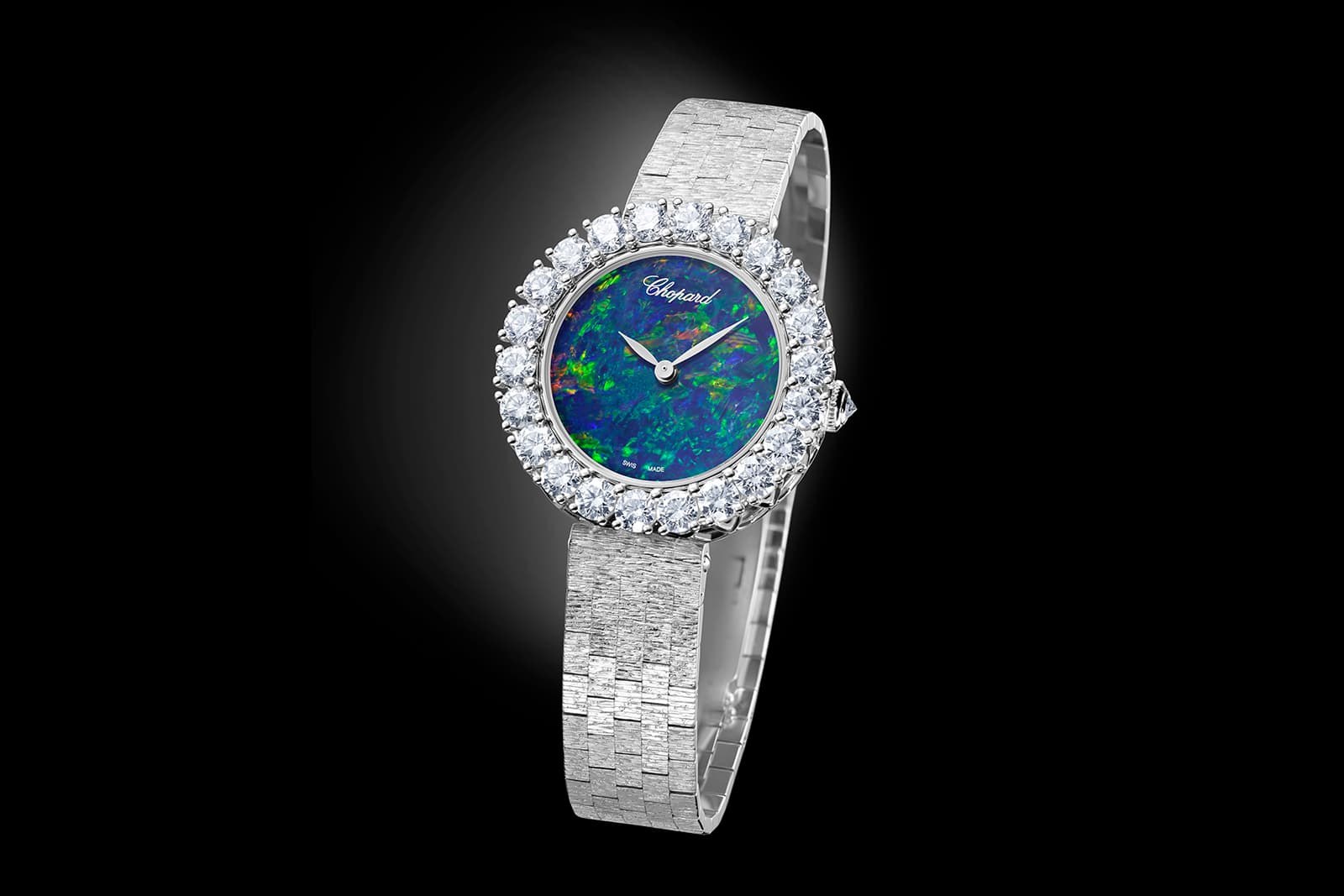 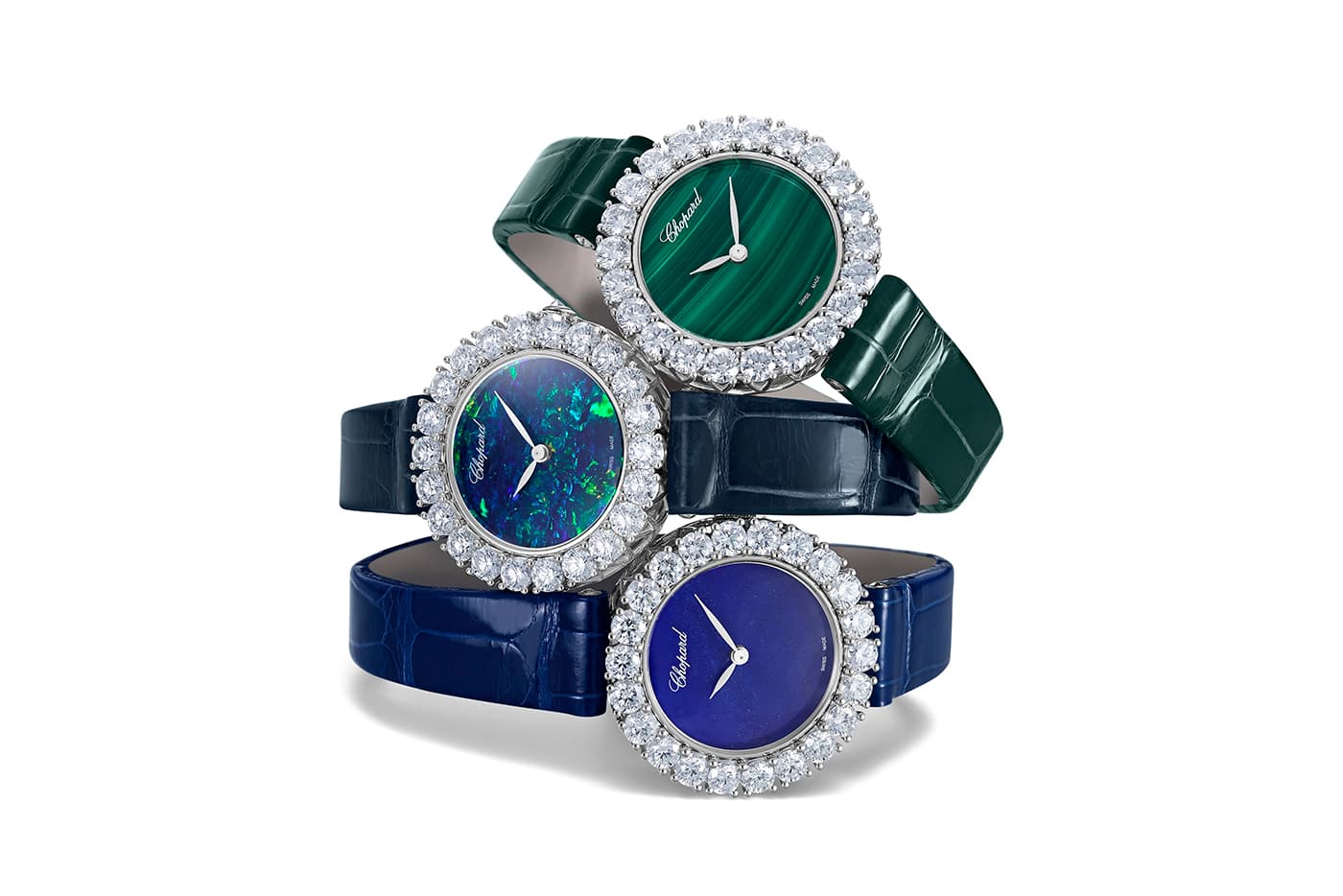 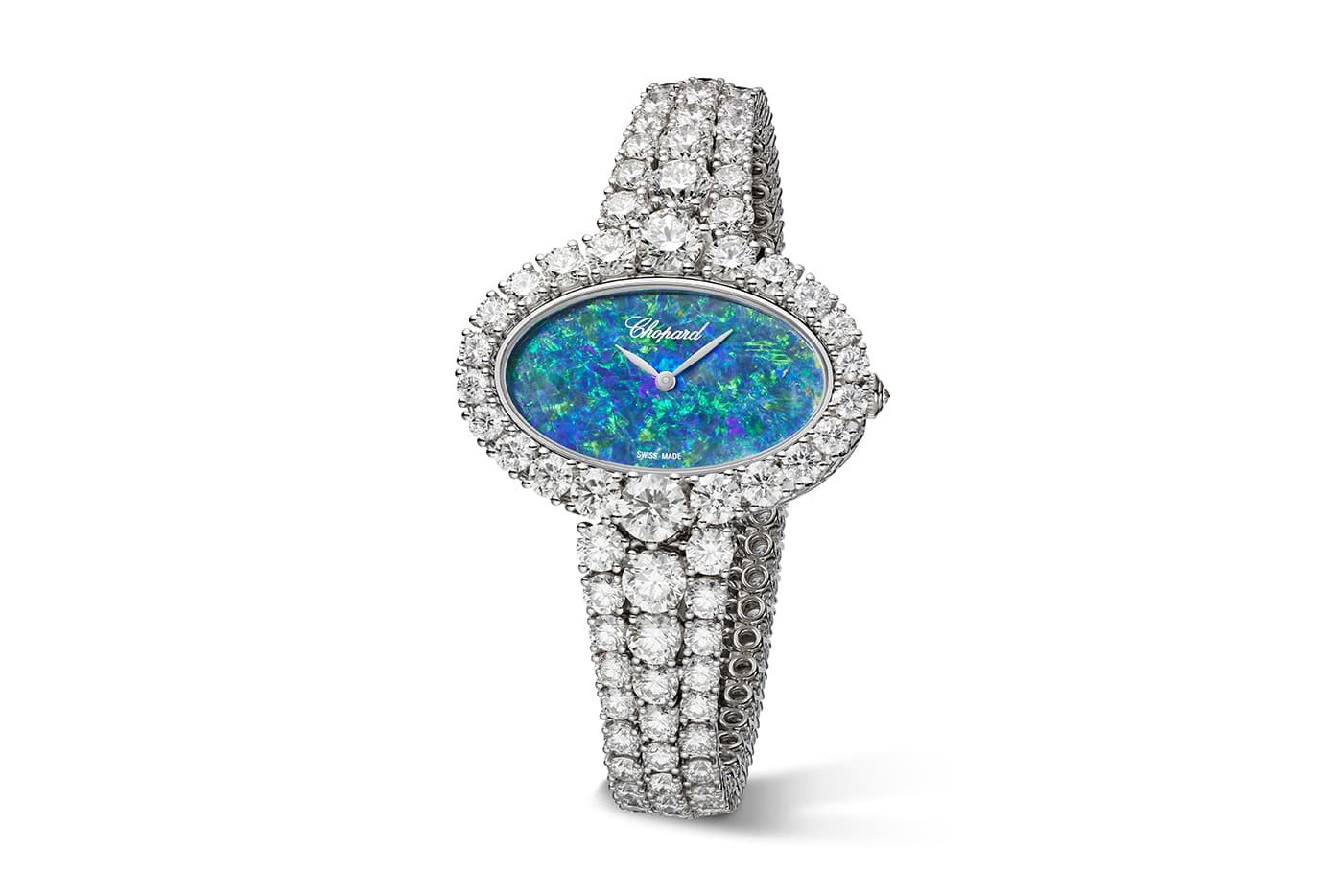 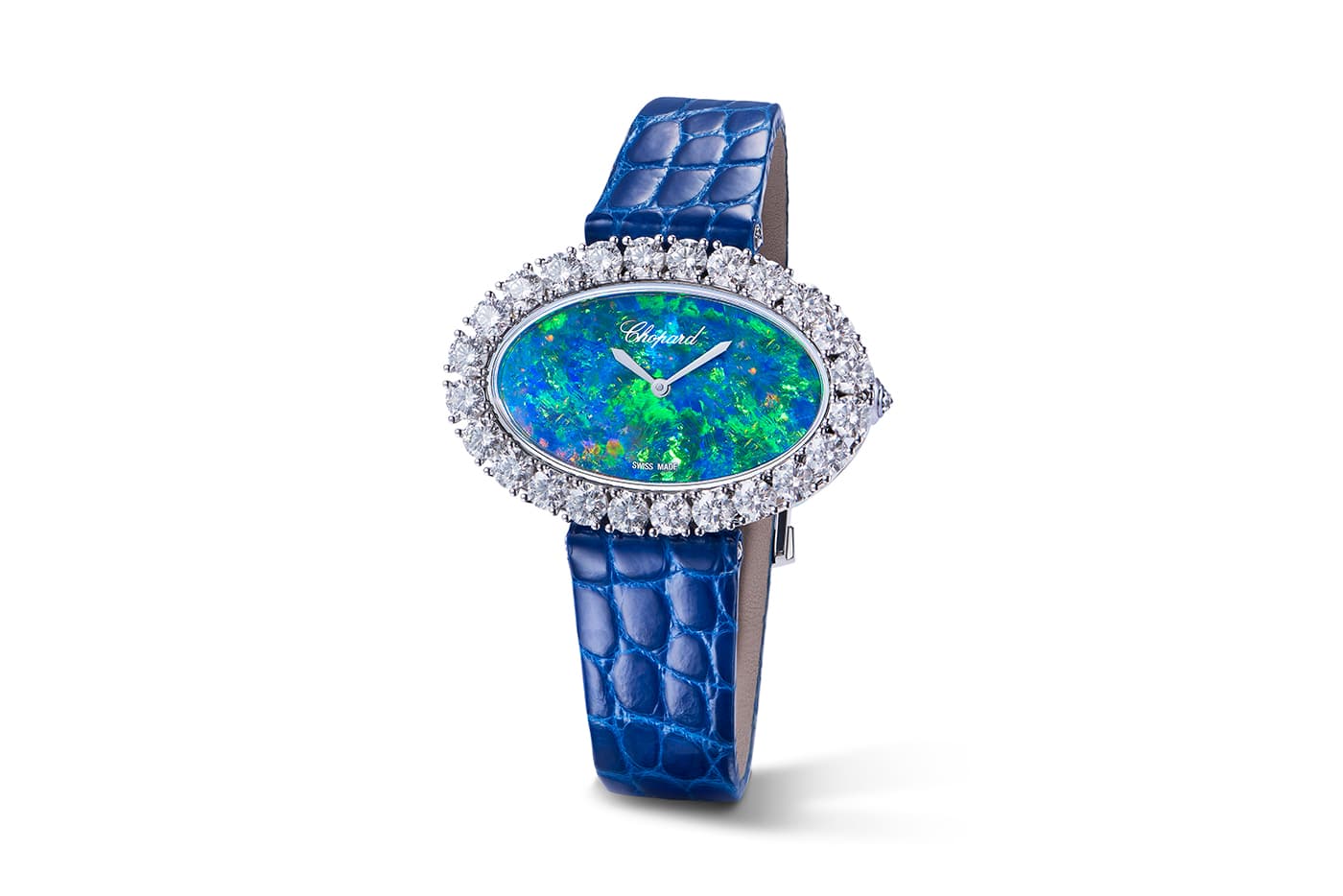 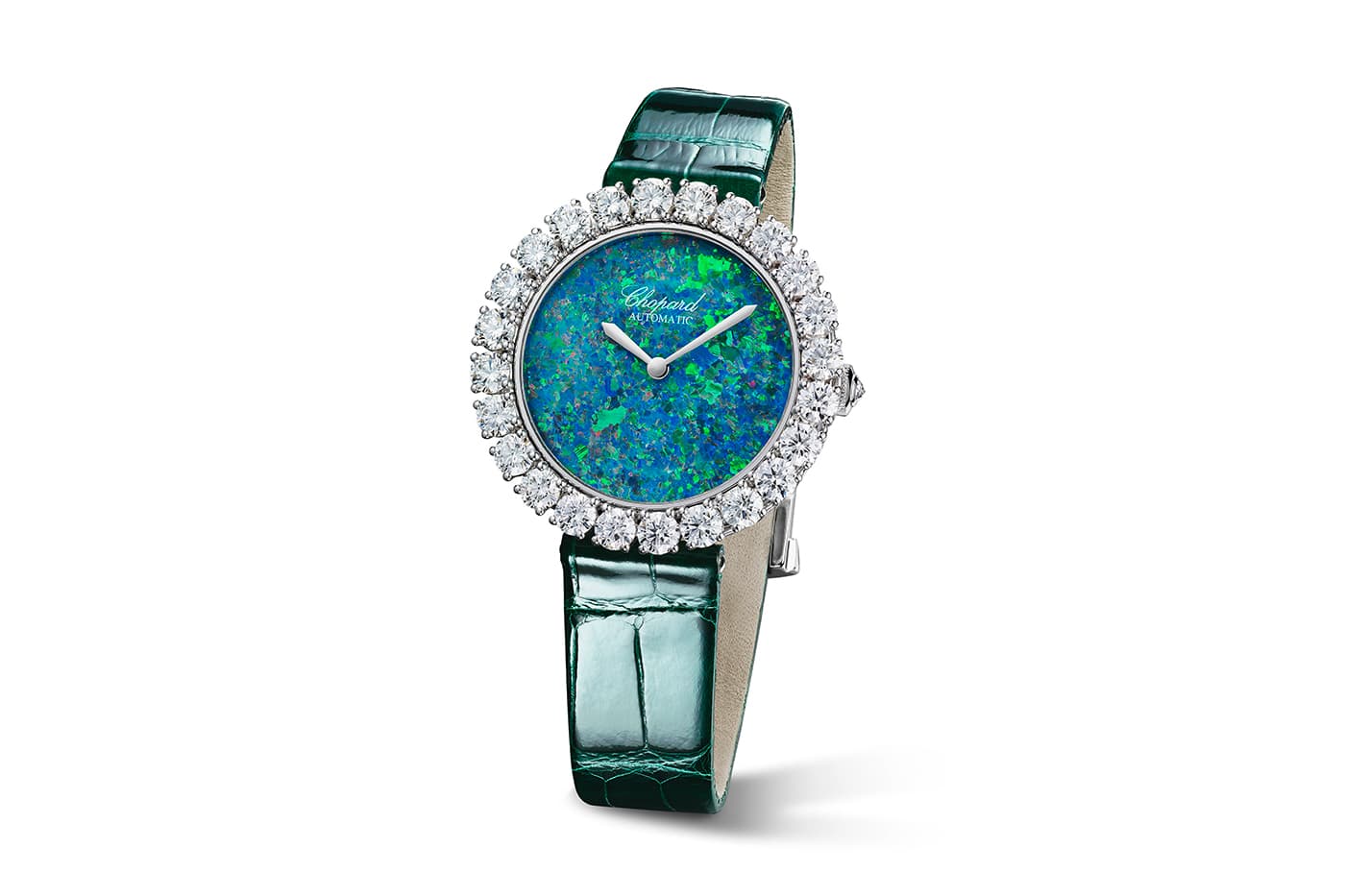 As part of its Premier collection, which debuted in 1989, the jewellery maison Harry Winston introduced the amazing Premier Hypnotic Opal Mosaic Automatic 36mm timepiece. Its case is made of 18 karat white gold, and the dial exhibits an incredible opal mosaic that is simply mesmerising. The watch is covered in an abundance of baguette cut diamonds weighing almost 10 carats and similarly faceted bright blue sapphires which cause the light to dissipate at a specific angle, creating the illusion of a watch face that has come to life. It is a limited-edition watch: only 8 were made, and  I struggle to imagine how the watchmakers managed to recreate this complex design several times. I think it's yet another secret of Harry Winston. 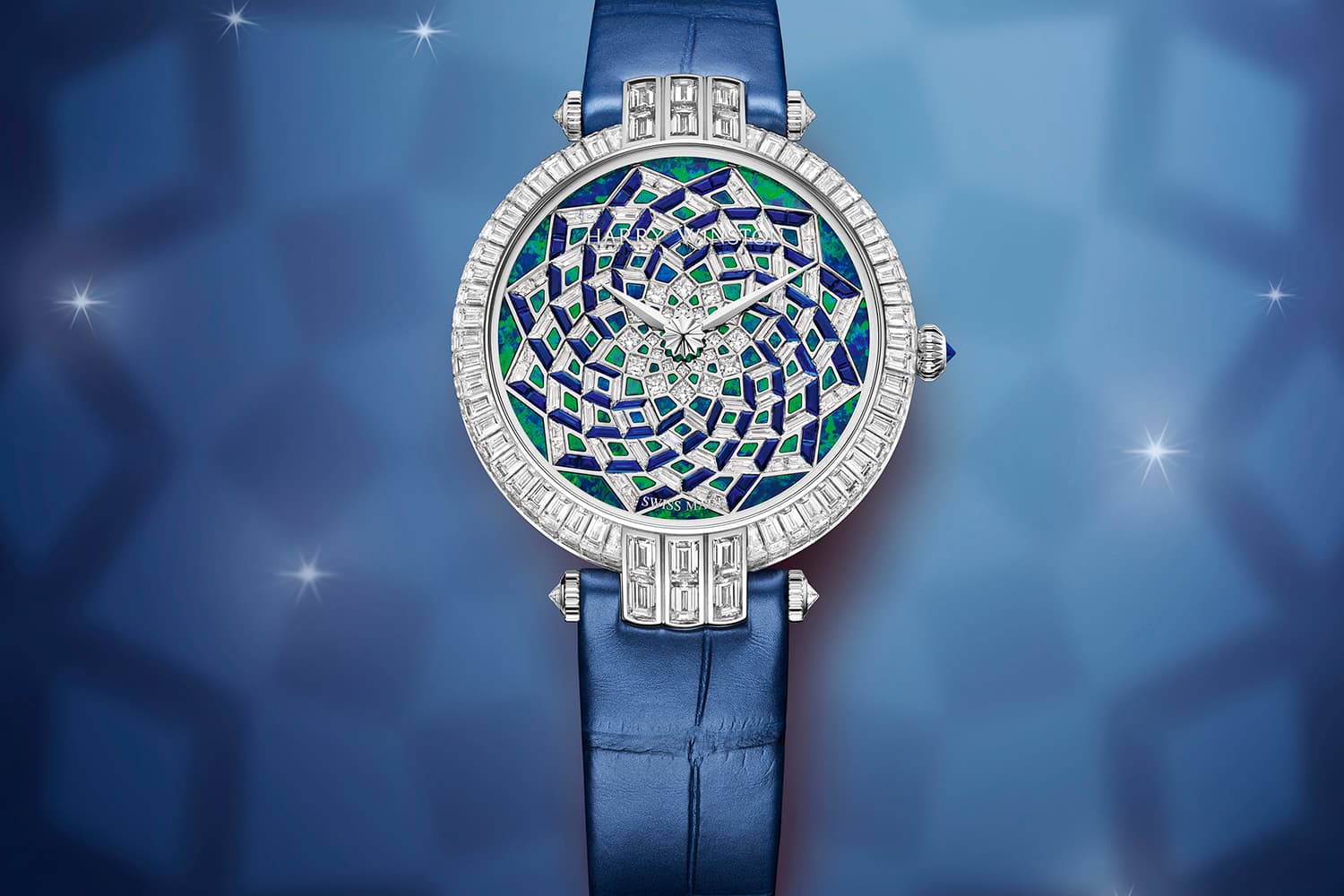 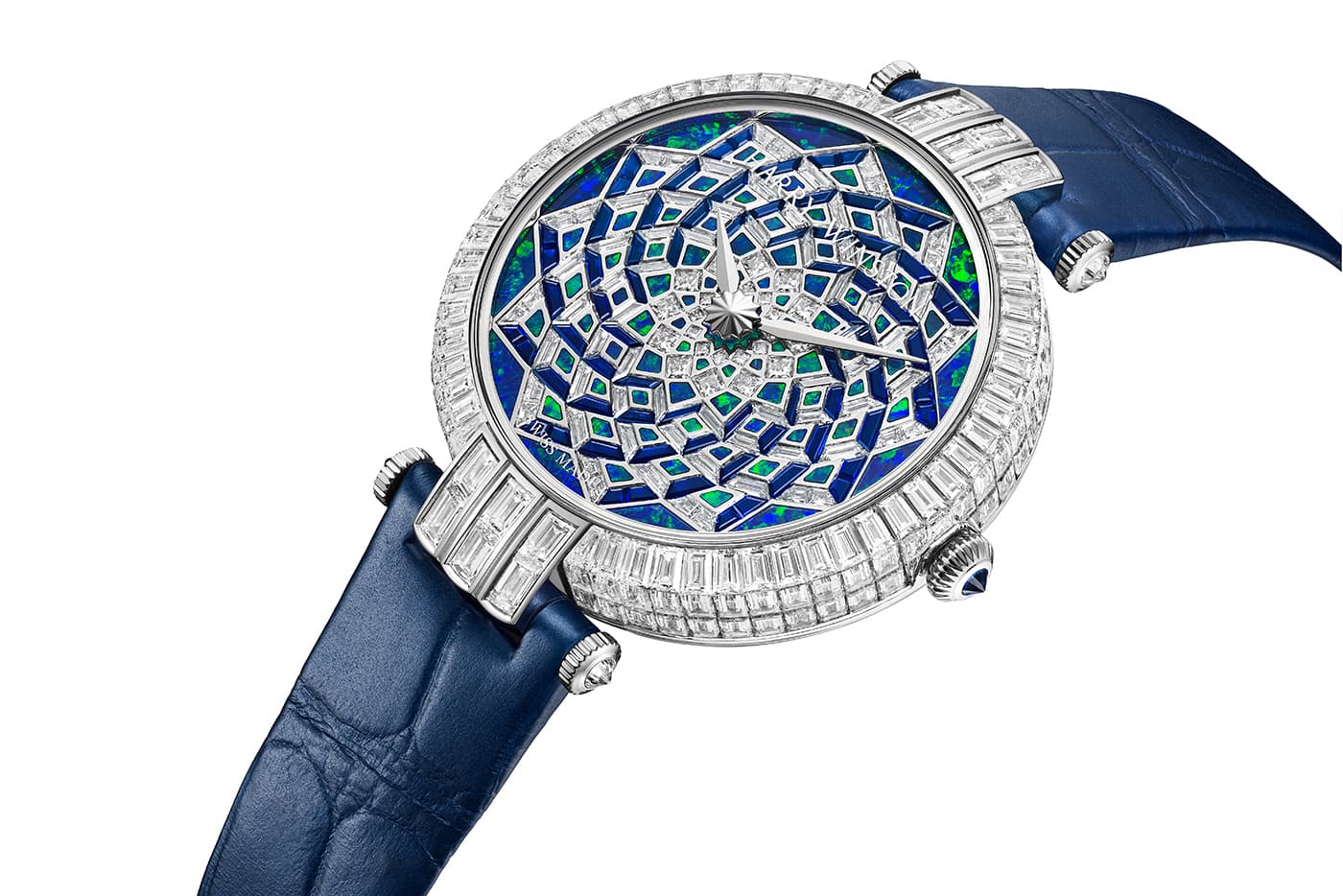 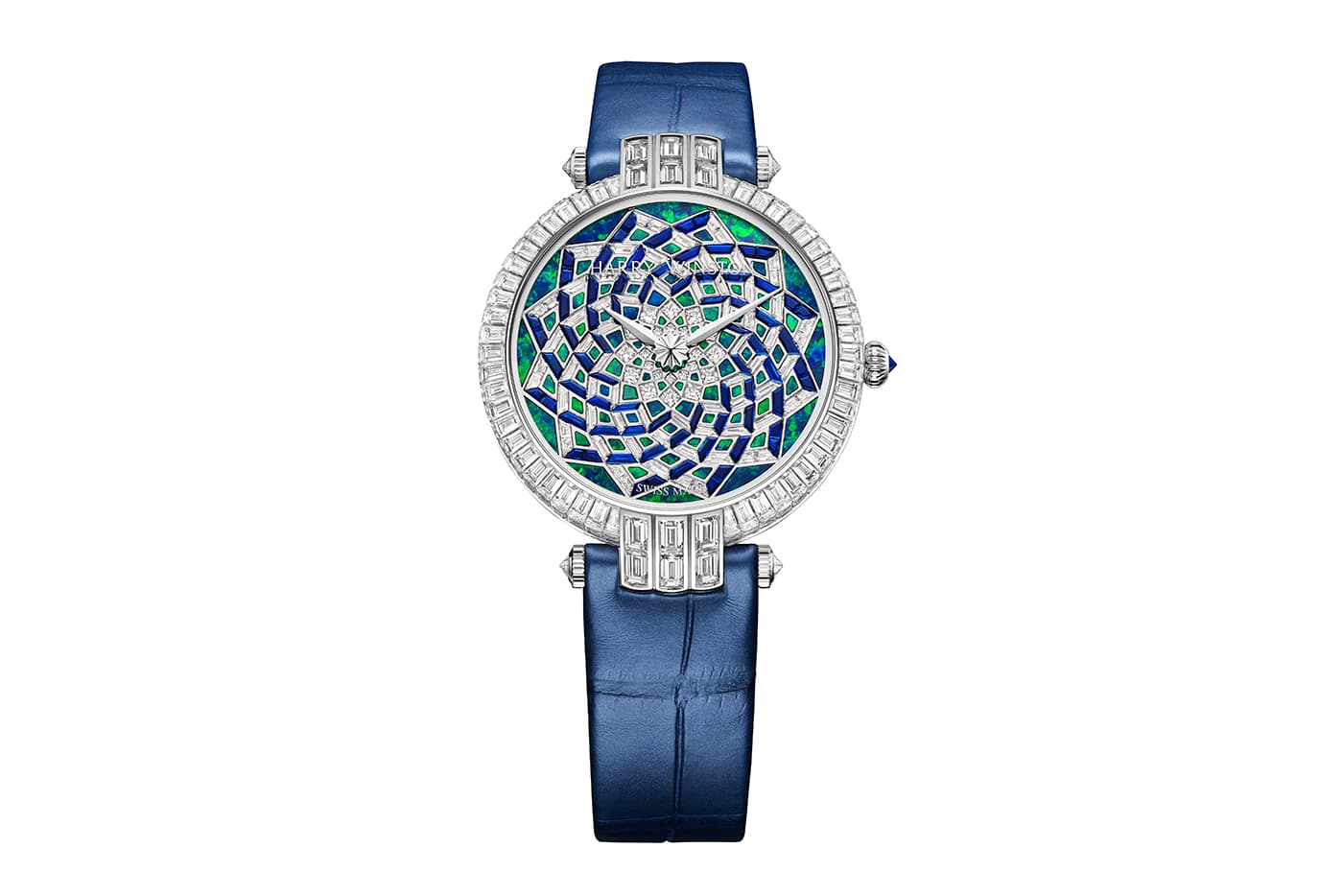 The extensive watch collection Limelight Gala - inspired by the design elements of the magnificent Piaget jewellery watches of the late 1960s and 70s - is the embodiment of the glamour that typified that time in history. The outlines of the round dial and the two asymmetric 'rays of light' extending from it are the distinguishing characteristics of this collection. The Piaget craftsmen constantly reinvent the materials used to create the case, dial and strap: models that have a dial made from a scattering of diamonds, mother of pearl, malachite, aventurine and enamel have already seen the light. Now the time has come for opal to have its turn. The jewellery maison has so far only announced their imminent appearance and illustrated this with a sketch of the watch that is to come. Well, we cannot wait to see what this new timepiece looks like! 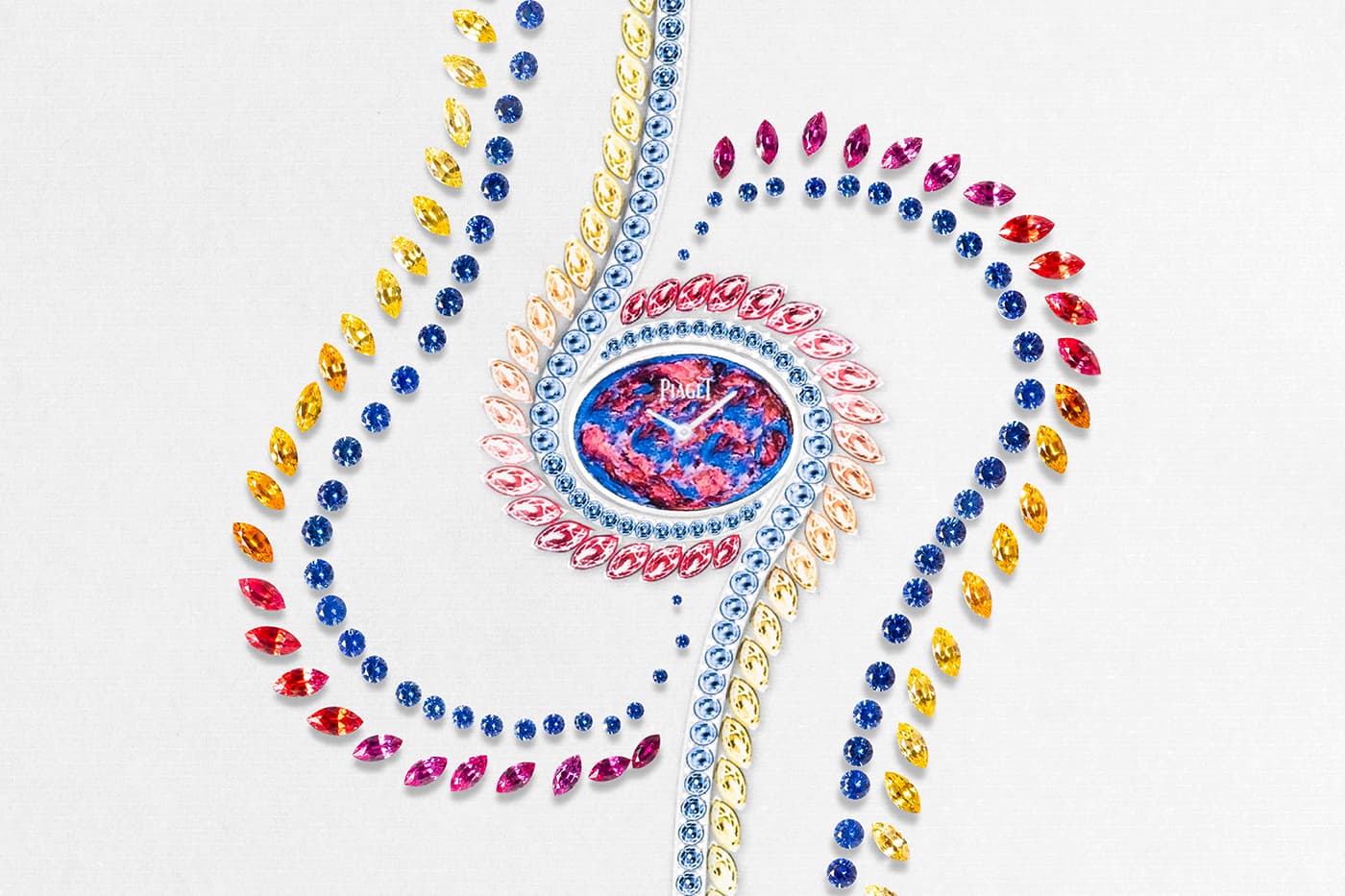 Two exclusive watches, one for men and the other one for women, called Loving Butterfly Automaton Opale were released as unique pieces in March 2020. As the name suggests, their dials are decorated with the most striking example of black opal. After polishing the precious surface, the watchmakers adorned it with a 'scene' composed of sculptured gold that unfolds on the dial: a wagon carrying a Cherubim drawn by a butterfly is riding through the forest! This motif is inspired by a design called Le Papillon Conduit Par L’Amour (“Butterfly Driven by Love”) which was painted in 1774 by Henry Louis Jacques-Droz. 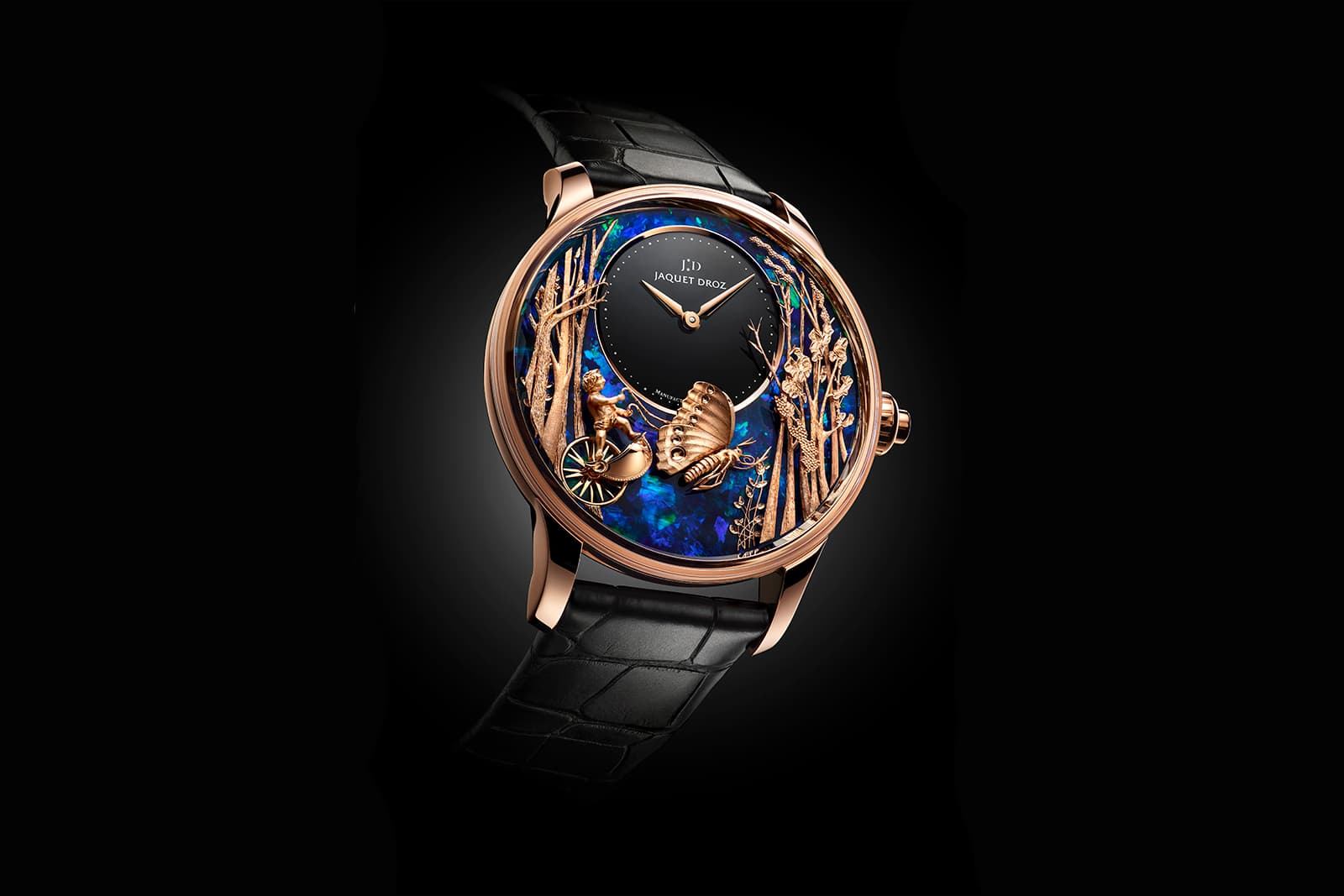 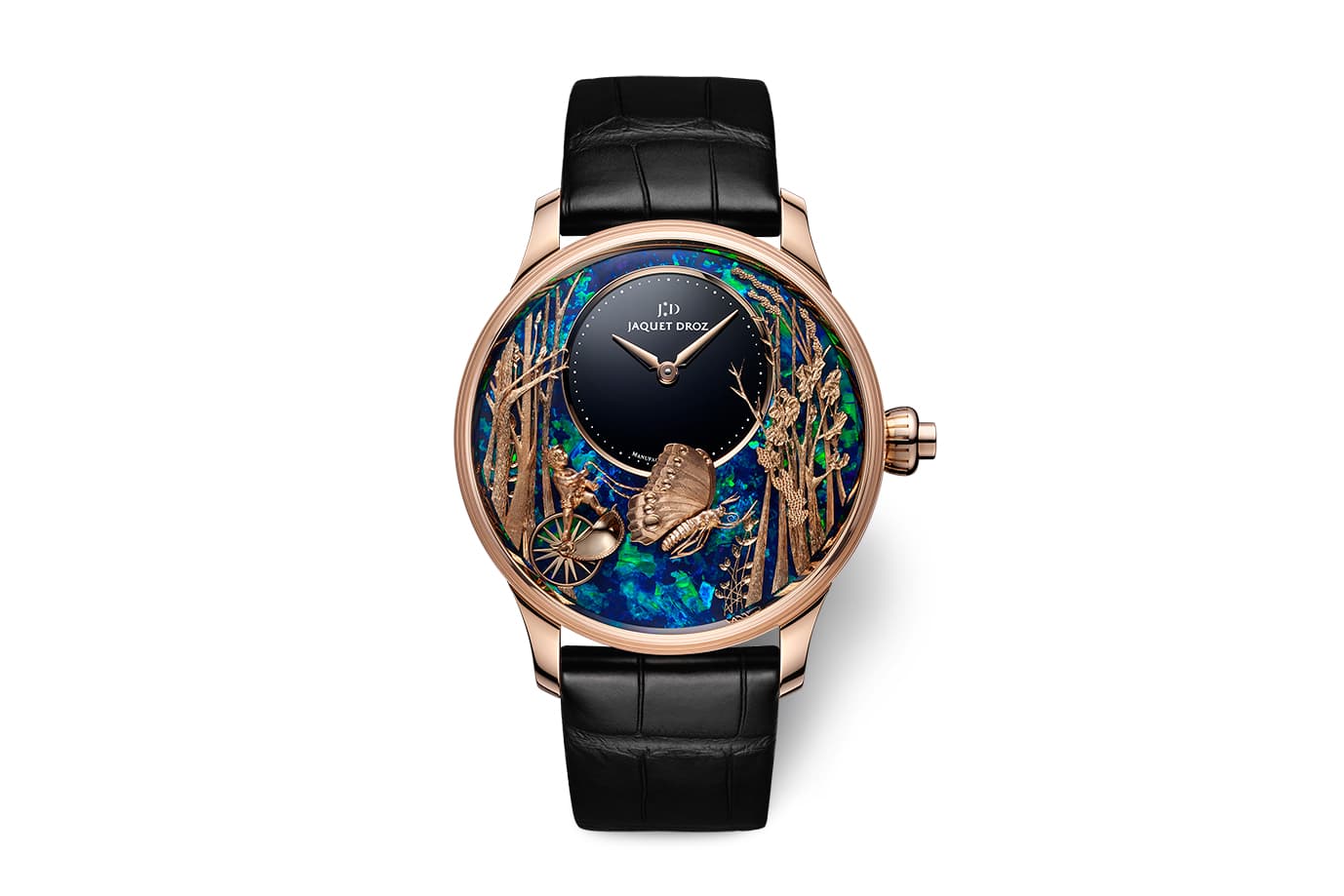 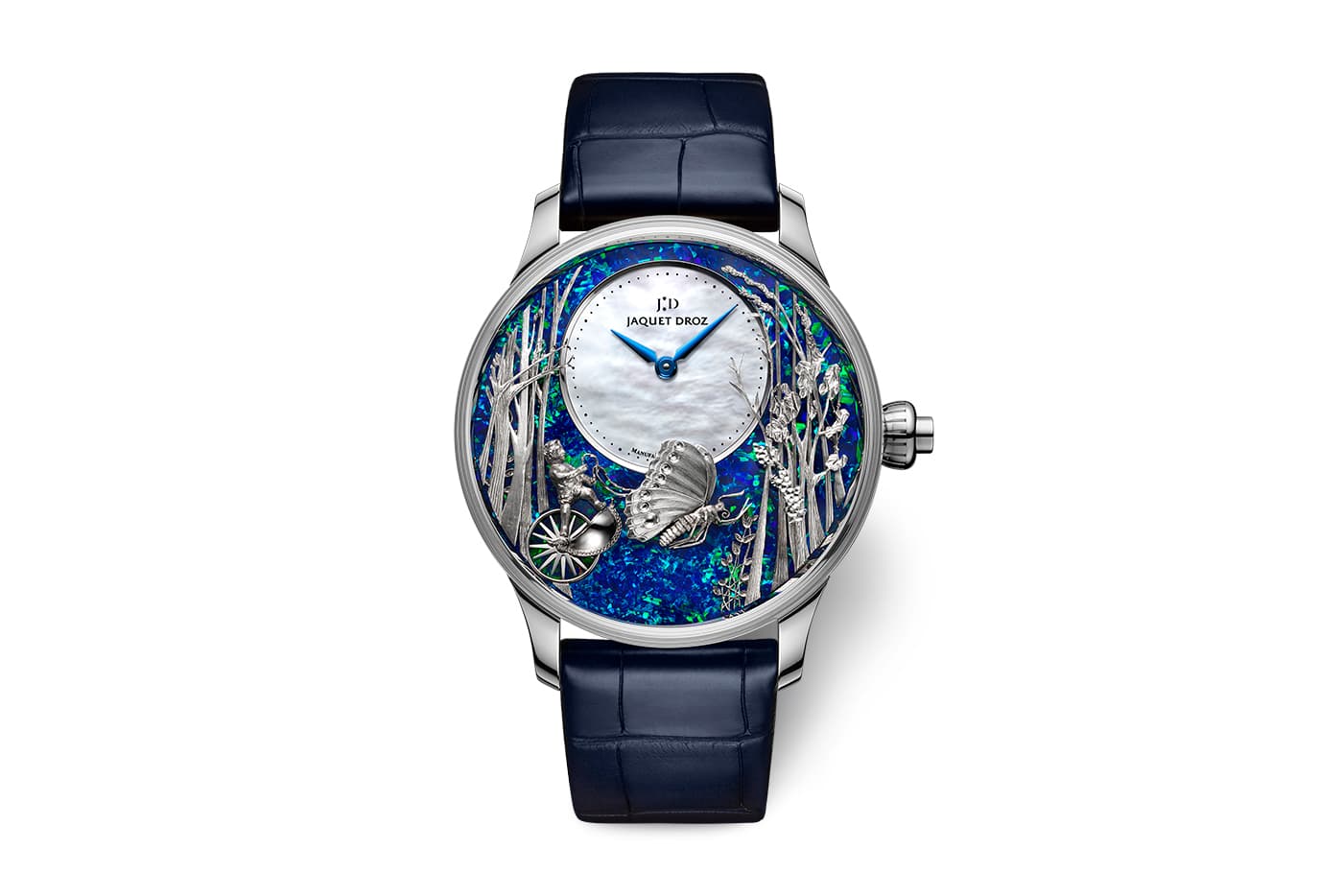 The Reverso collection by Jaeger LeCoultre includes a special example of Haute Horlogerie: the Reverso One Duetto timepiece designed exclusively for women. It’s elegant and sleek dial of elongated shape is inspired by early 1930s Reverso models. The features of the case are accentuated by the brilliance of the diamonds set in three rows above the 12 and the 6 on the dial, as well as the rays emanating in different directions on the dial. This simple geometry is a reference to the art deco style which is continued to the crown of the Reverso One Duetto. It resembles a small gemstone made of gold with facets cut out to reflect the light. The Balinese mother-of-pearl flickers on the face of the dial, and on the back of the watch the black opal resists the mysterious glare of all shades of blue, green and indigo. The watch’s colour scheme is complemented by a dark blue silk strap. 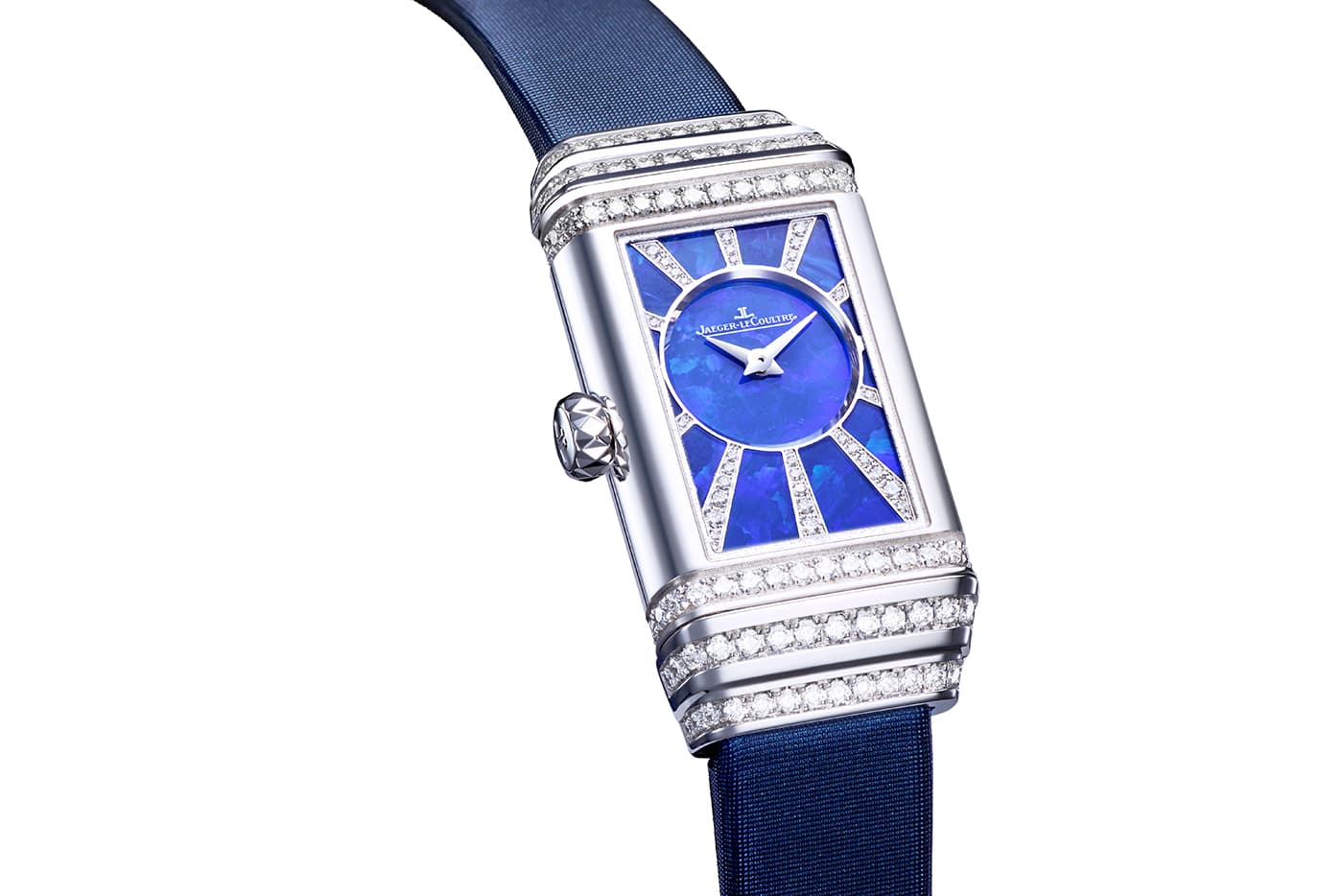 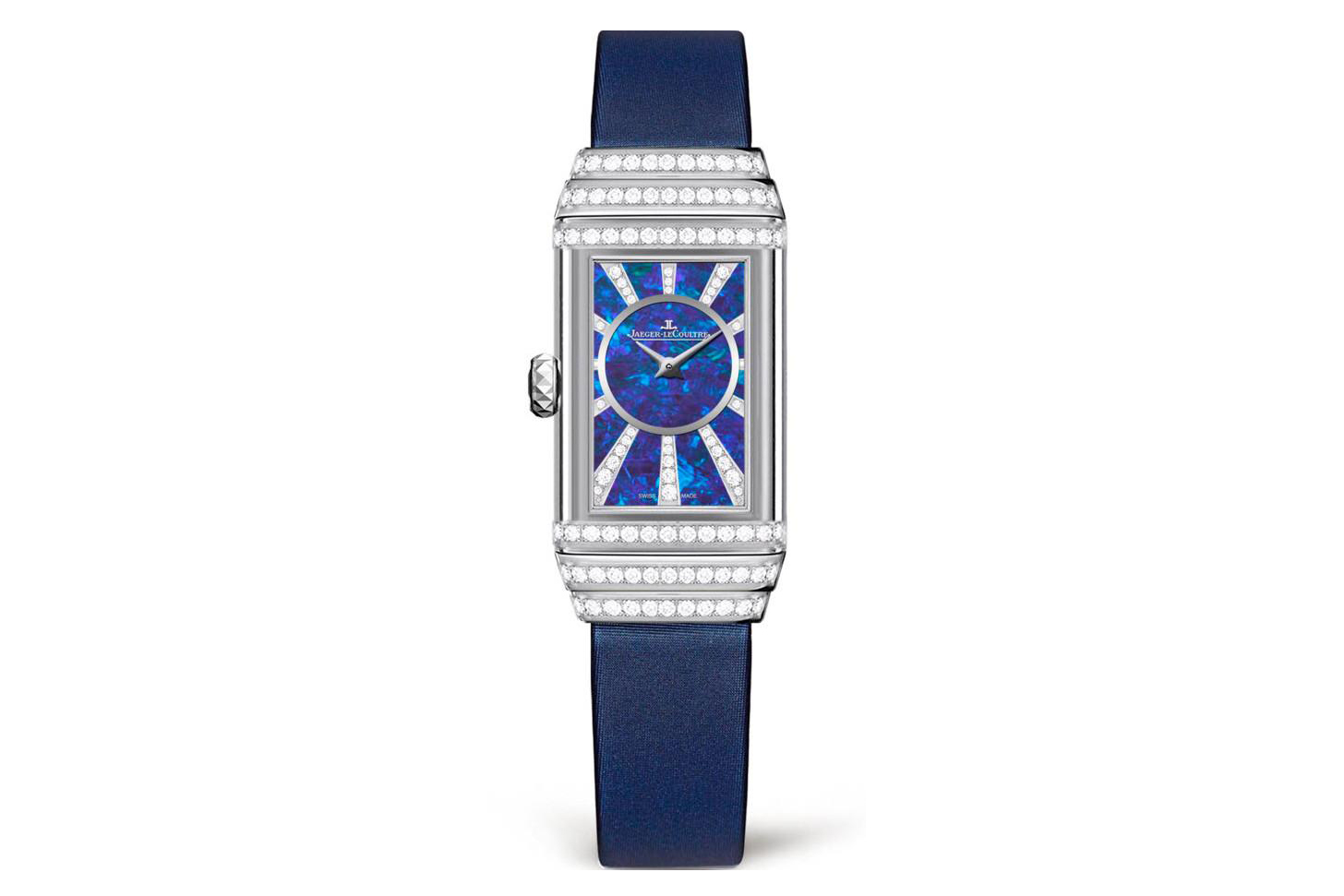 As you can see, opal has become a true favourite of watch designers. It is impossible for its unique play of colour to leave anyone feeling indifferent, so it is safe to say that this gem will keep appearing on the dials of Haute Horlogerie watches in the many years to come!