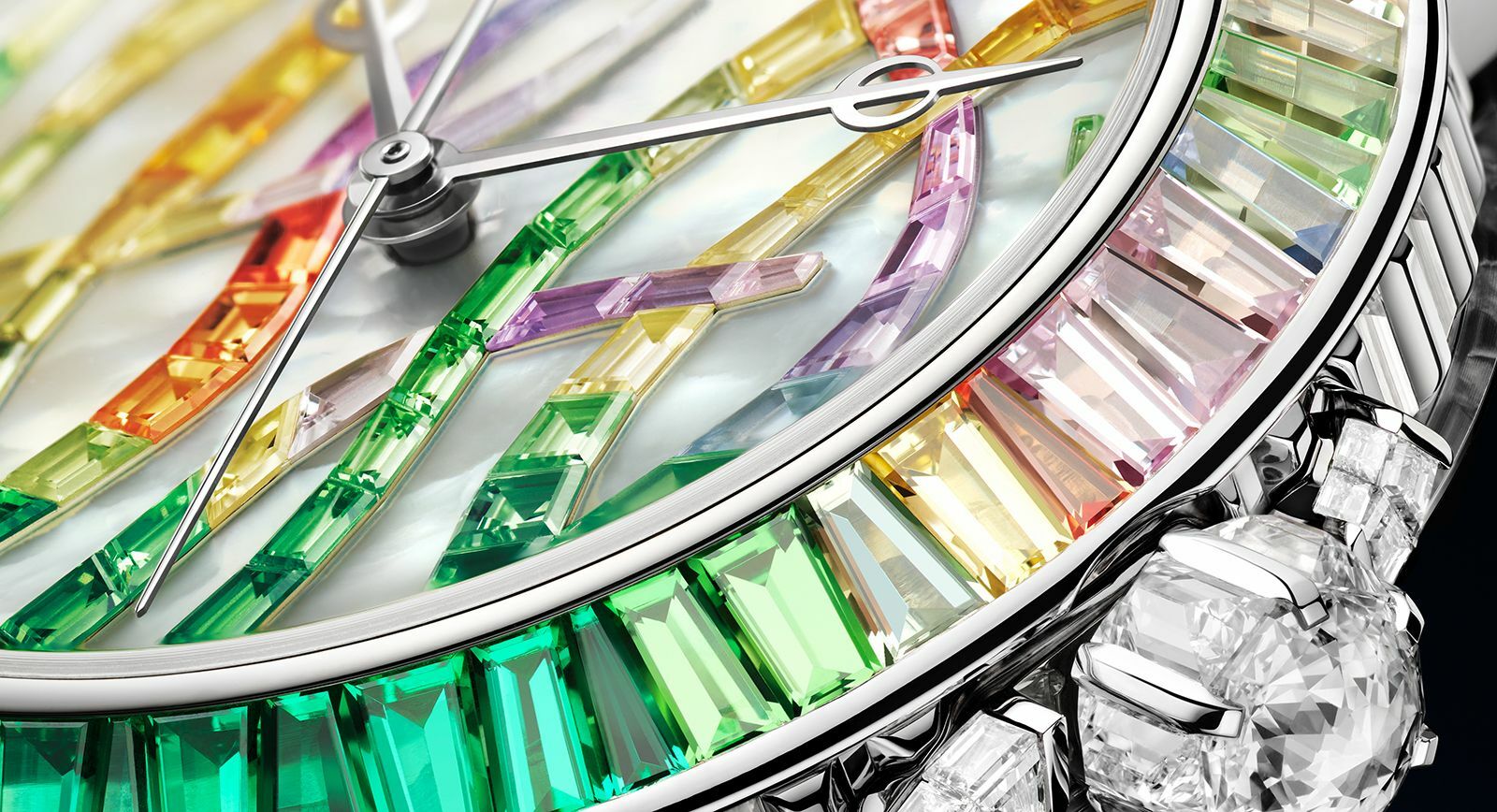 The ultimate fusion of fine craftsmanship and watchmaking prowess, the latest high jewellery watches for 2020 are a colourful window into this rarefied niche of watchmaking. The most precious timepieces a brand will create each year, it is always fascinating to see what designers and watchmakers might dream up next. This year, everything from bugs to wild beasts, sea life to subterranean swimming pools has been captured in these beautiful time-telling jewels.

Cartier’s Panthere Tropicale timepiece, part of the [SUR]NATUREL high jewellery collection, is a beautiful abstraction of time that merges several of the Maison’s design codes in a single, sensational watch. Set with four vibrant green-blue gems – two emerald cut aquamarines and two tourmalines – the style is that of a high jewellery cuff, with the space that would feature a fifth gem if it were a jewel replaced by a miniature diamond-set dial. Cartier’s iconic panther, a long-standing emblem of the Maison, is interpreted in black onyx spots set among pavé diamonds, contrasted with the vibrant orange-red hue of hand-carved coral. This combination of colours and textures, gemstones and hard stones, animal and mineral, is a pretty wild mix, but it works, and wonderfully, because this is Cartier, the king of jewellers. 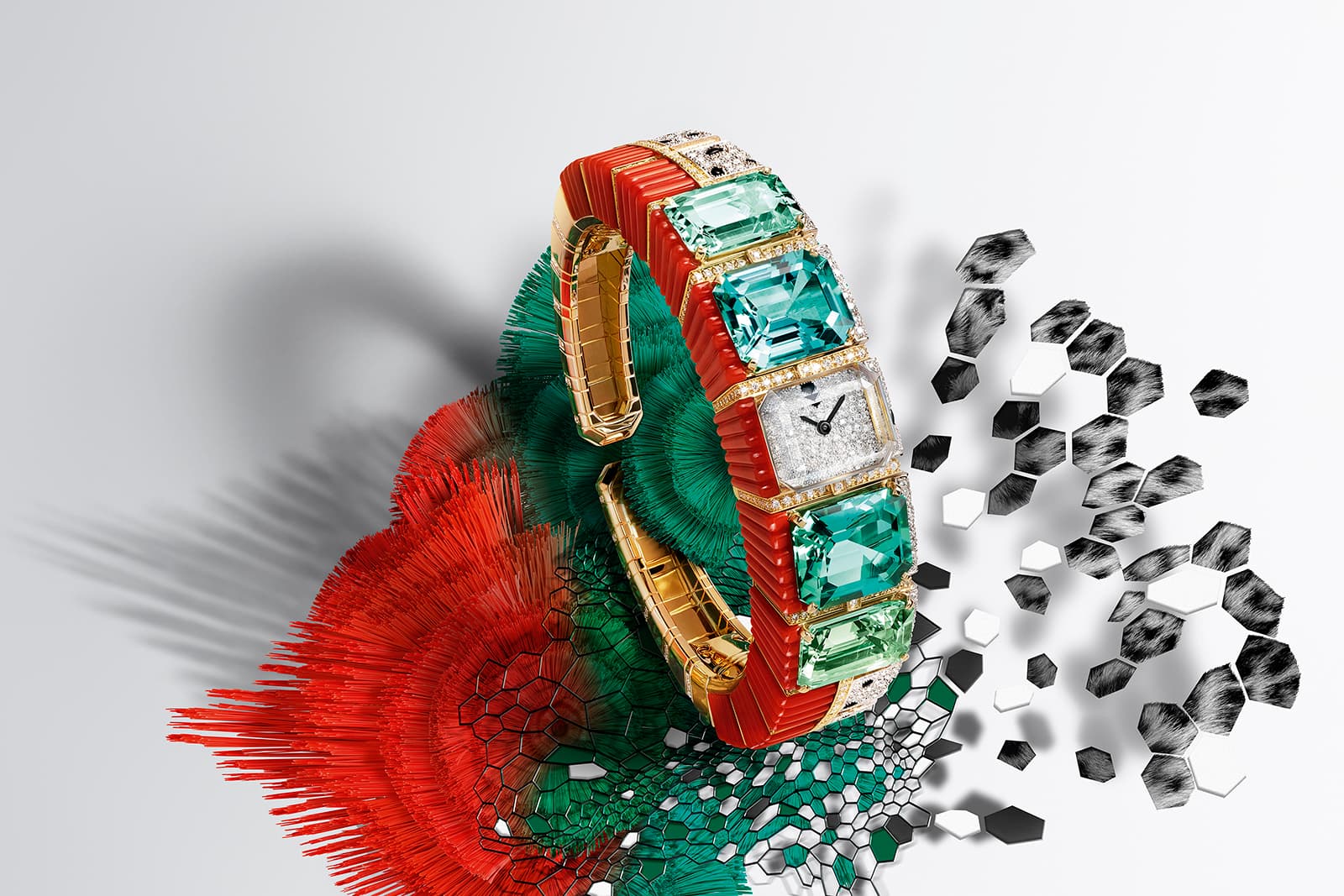 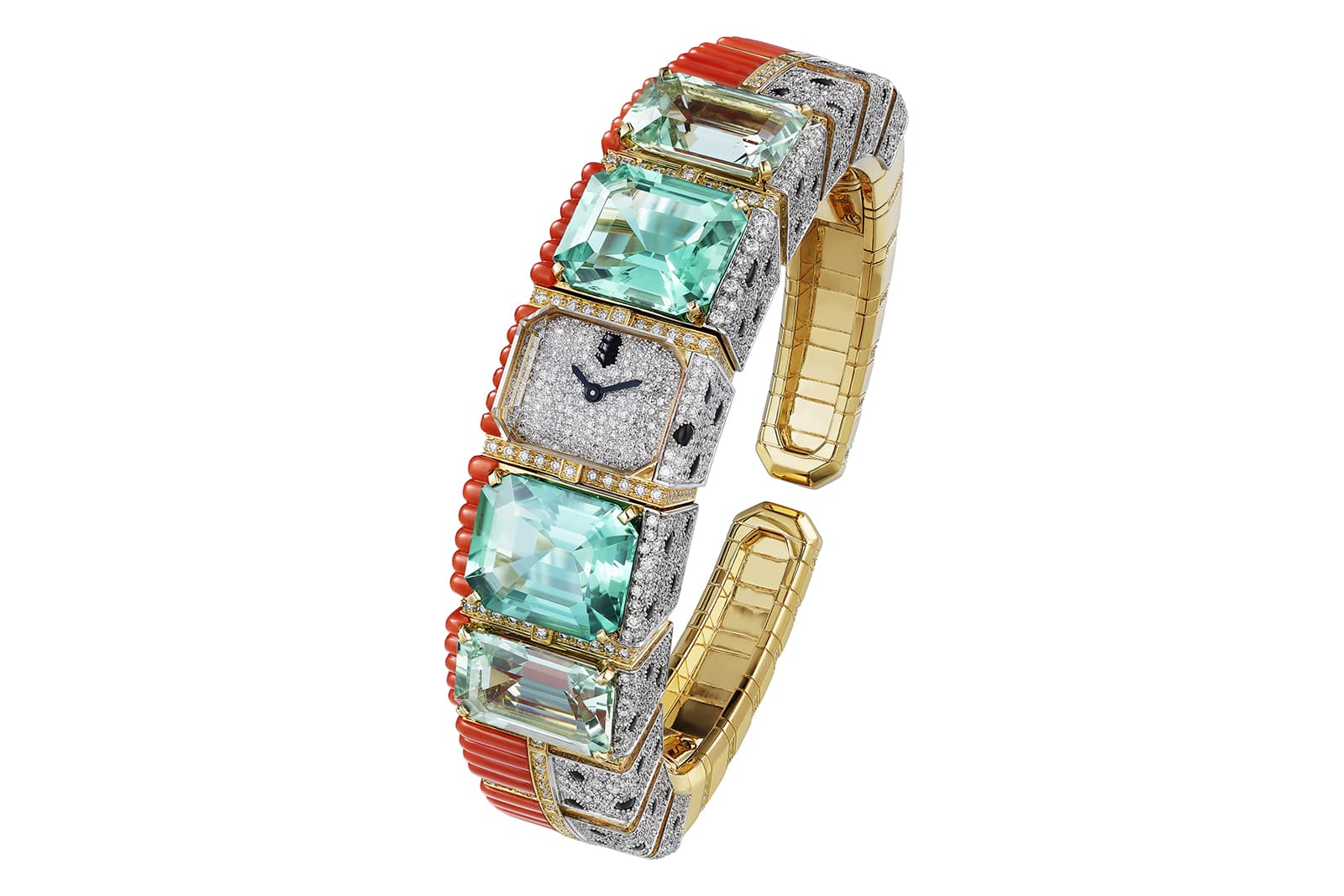 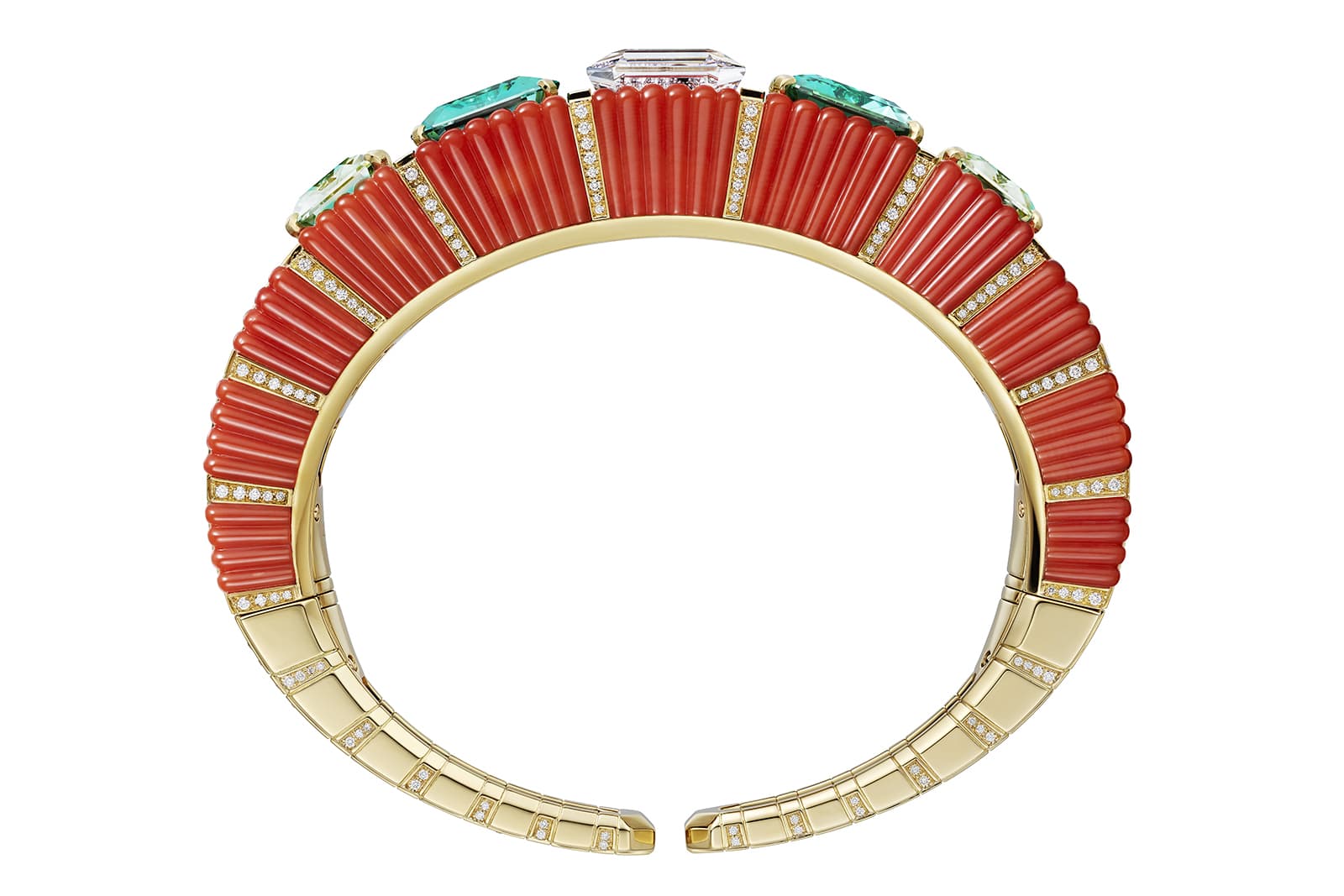 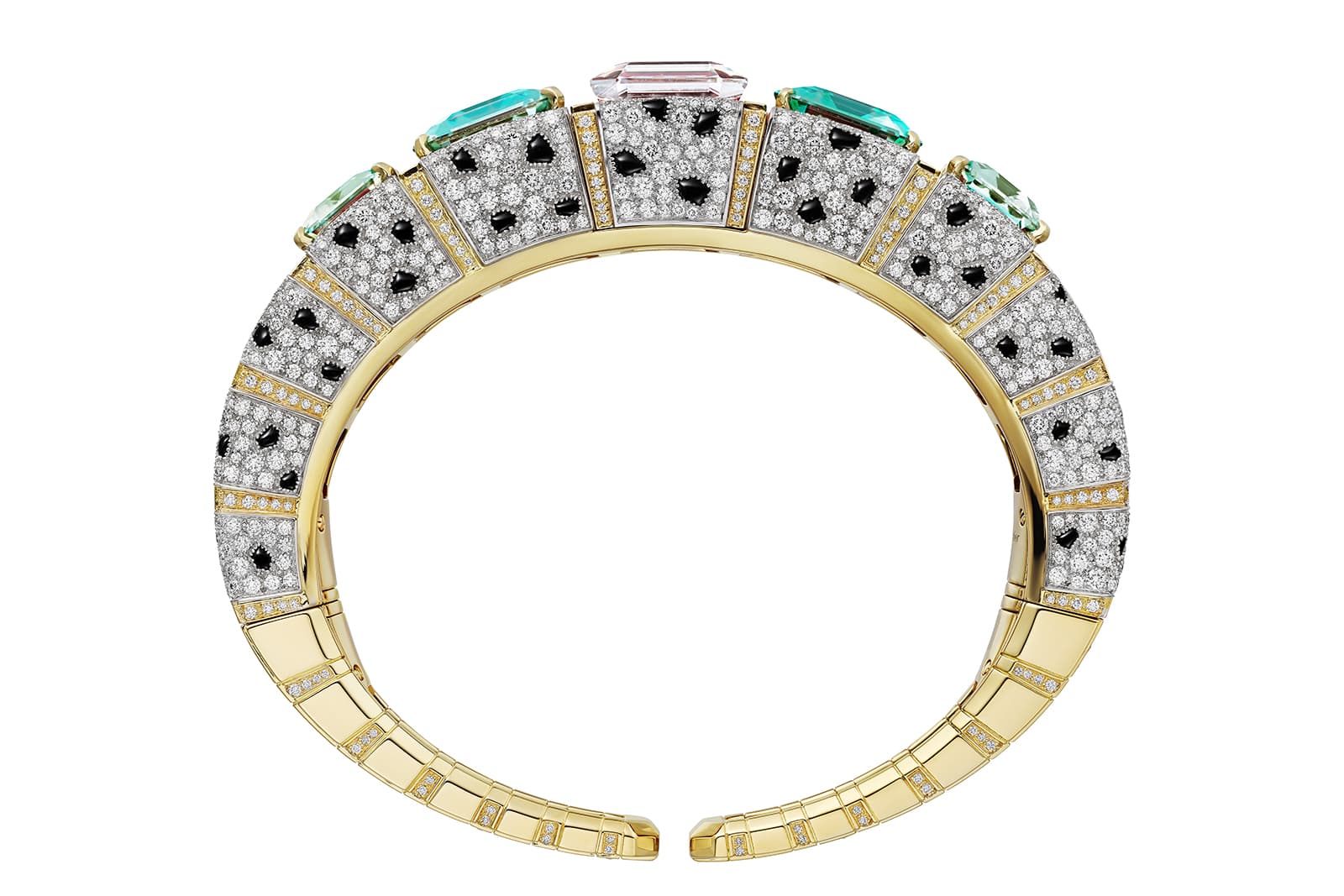 At Dior, the bee is translated into the most charming adornment with which to decorate the dials of its Grand Soir timepieces. Called Queen Bee, the collection consists of eight unique watches, with the bee’s stripes recreated in emeralds, sapphires, rubies, amethysts and tsavorite garnets, and its wings set with diamonds, colourful hard stones and even feathers. Every inch of the dial and the lugs is snow set with diamonds, with the miniature watch hands discretely positioned between the bee’s antennae, creating a glittering backdrop to this adorable creature, which has been so beautifully animated that it seems like a smile might break out on its face at any moment. 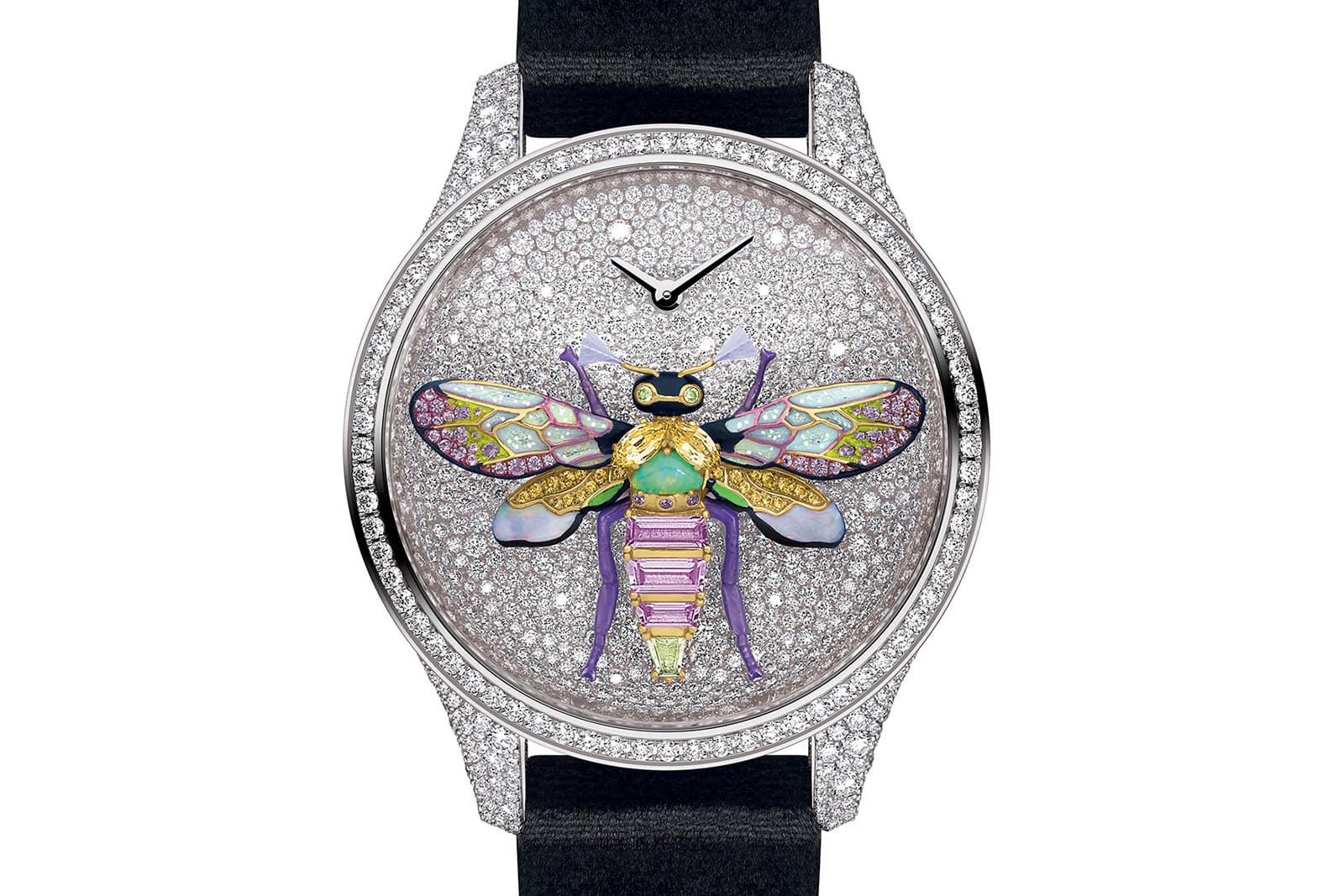 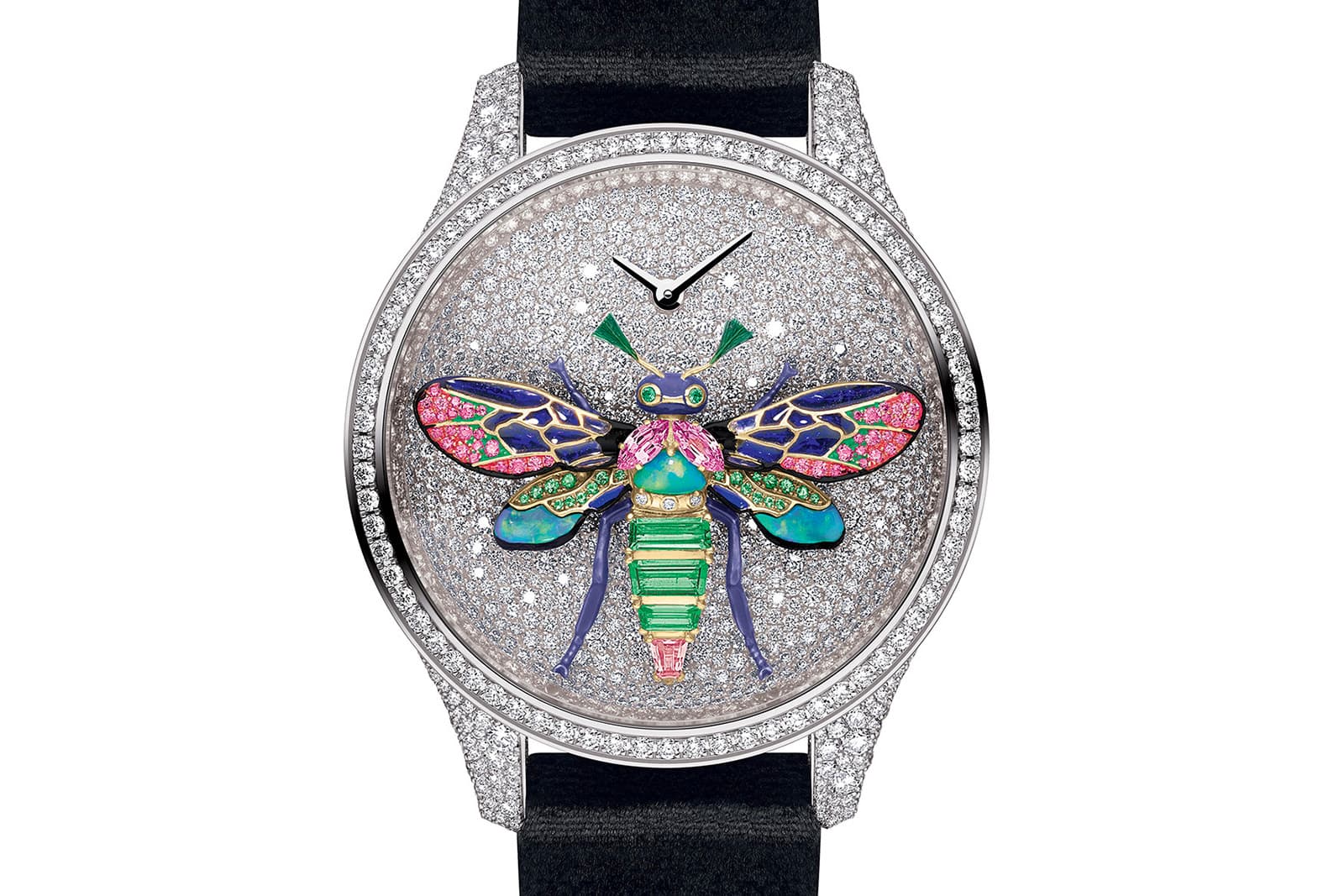 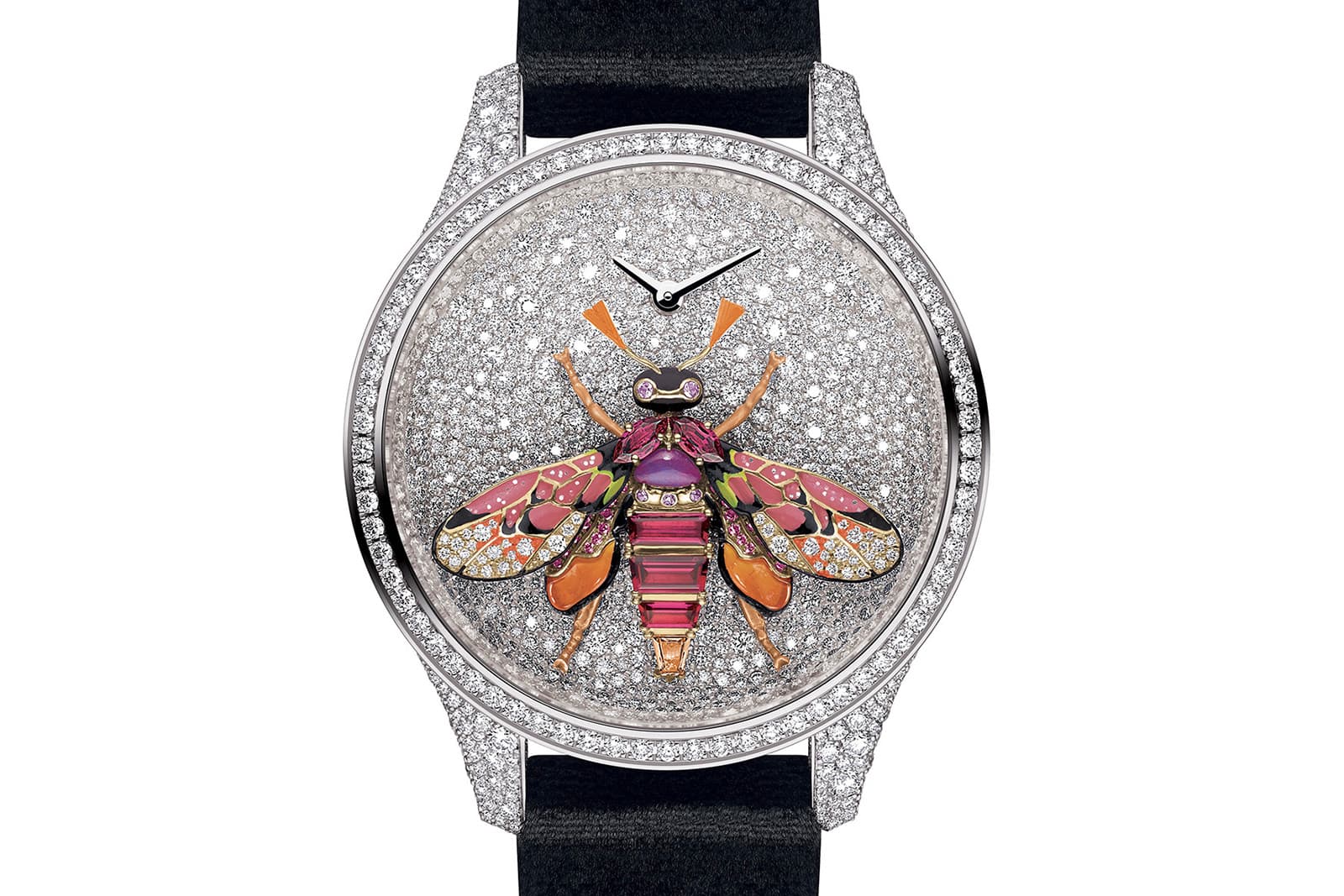 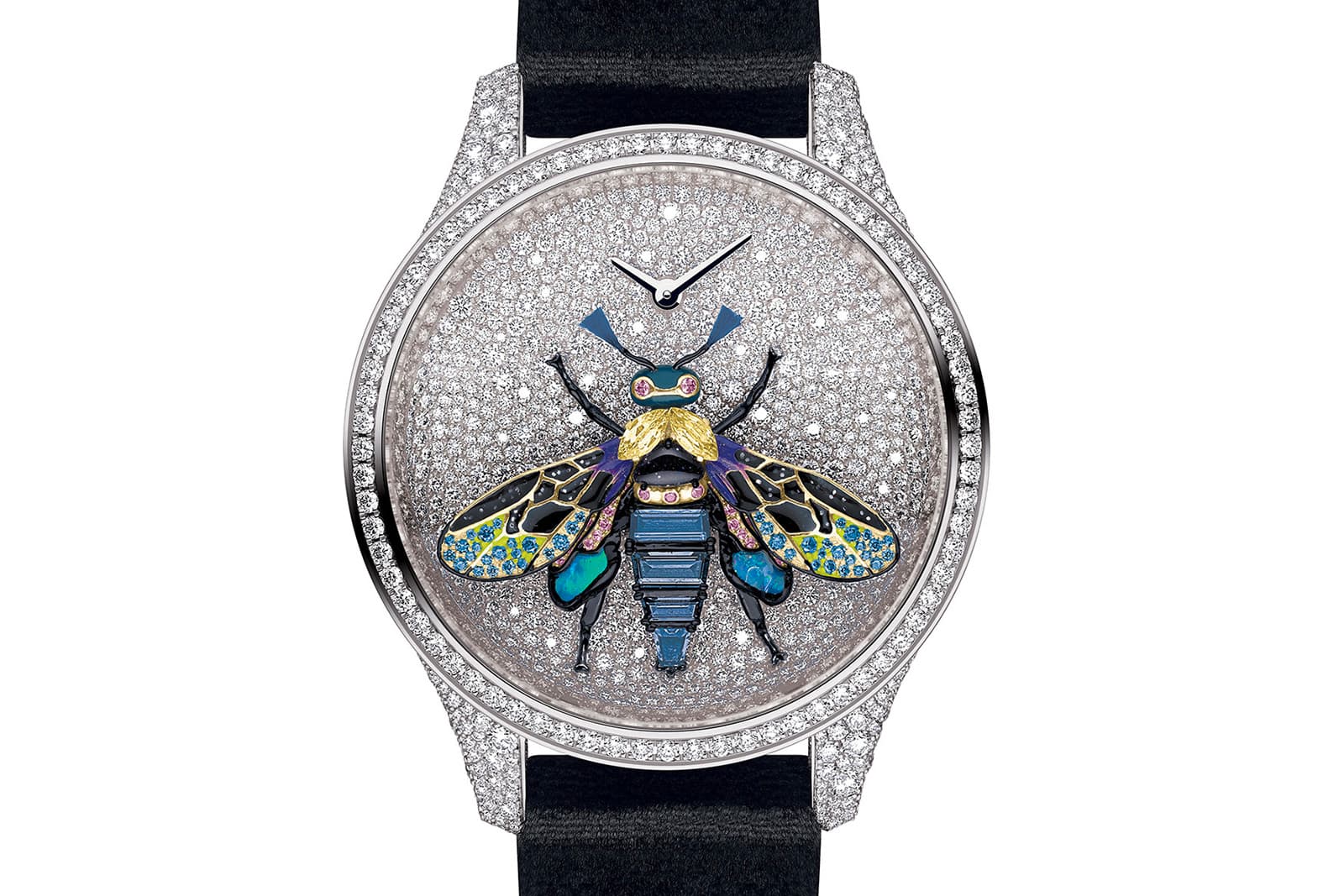 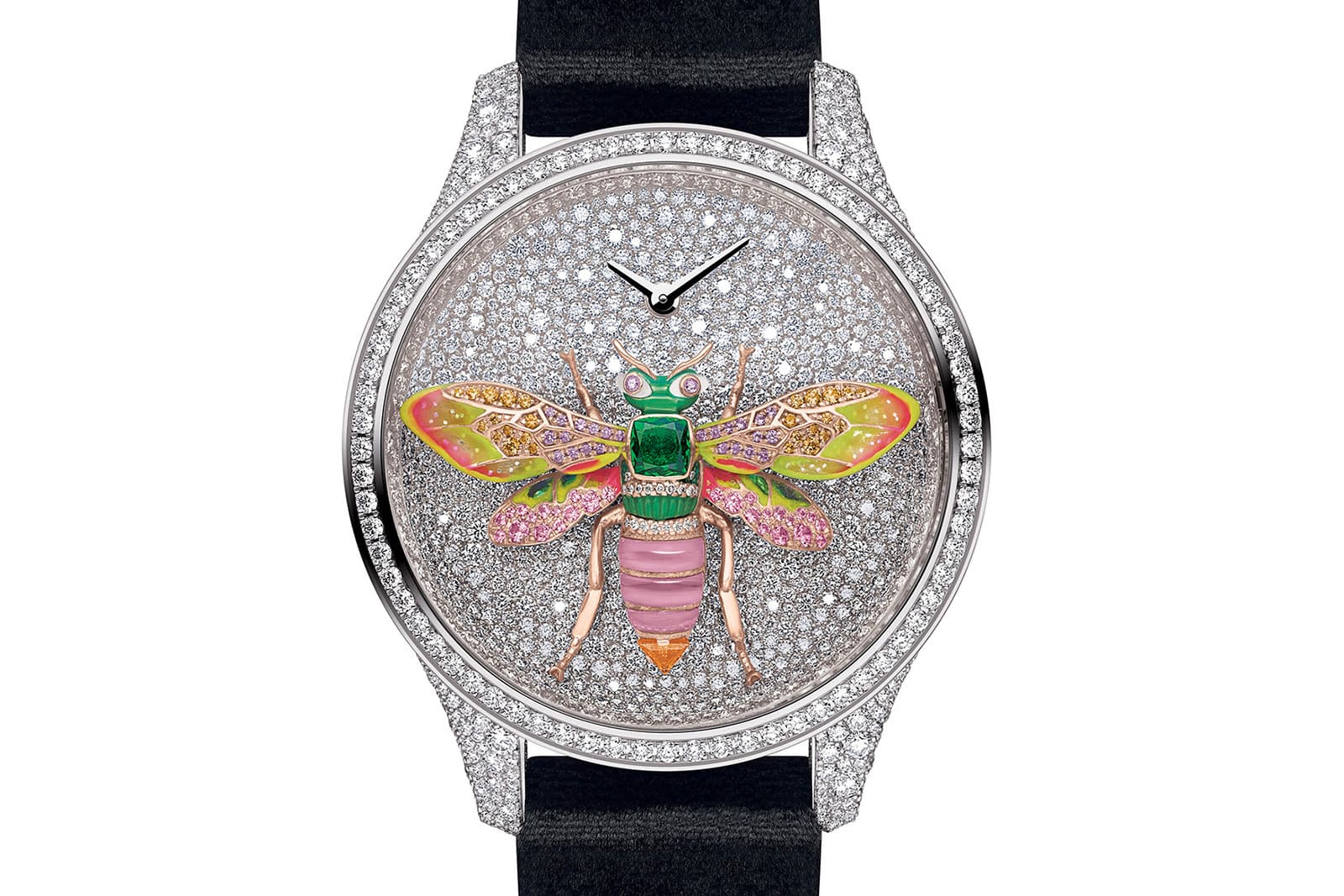 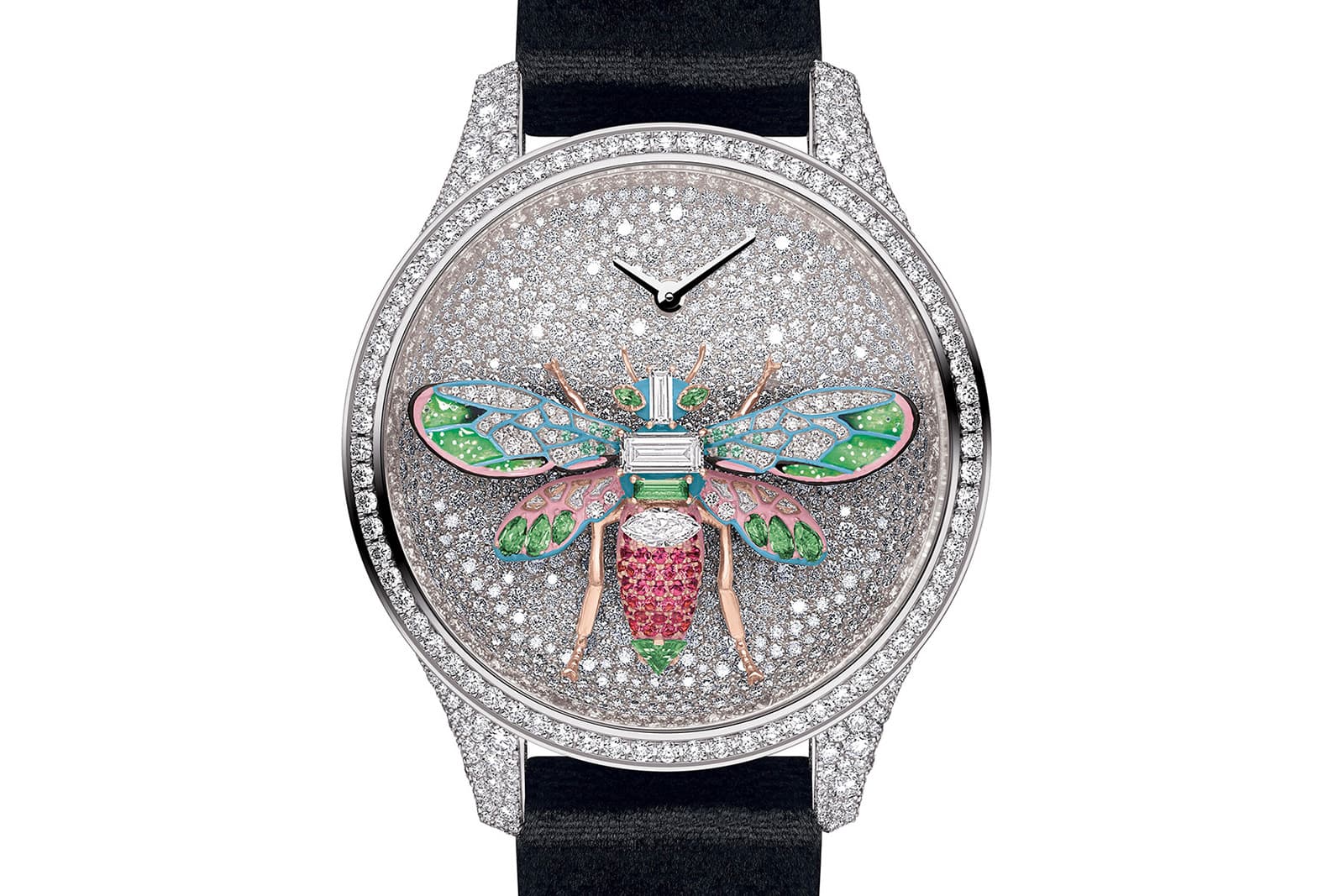 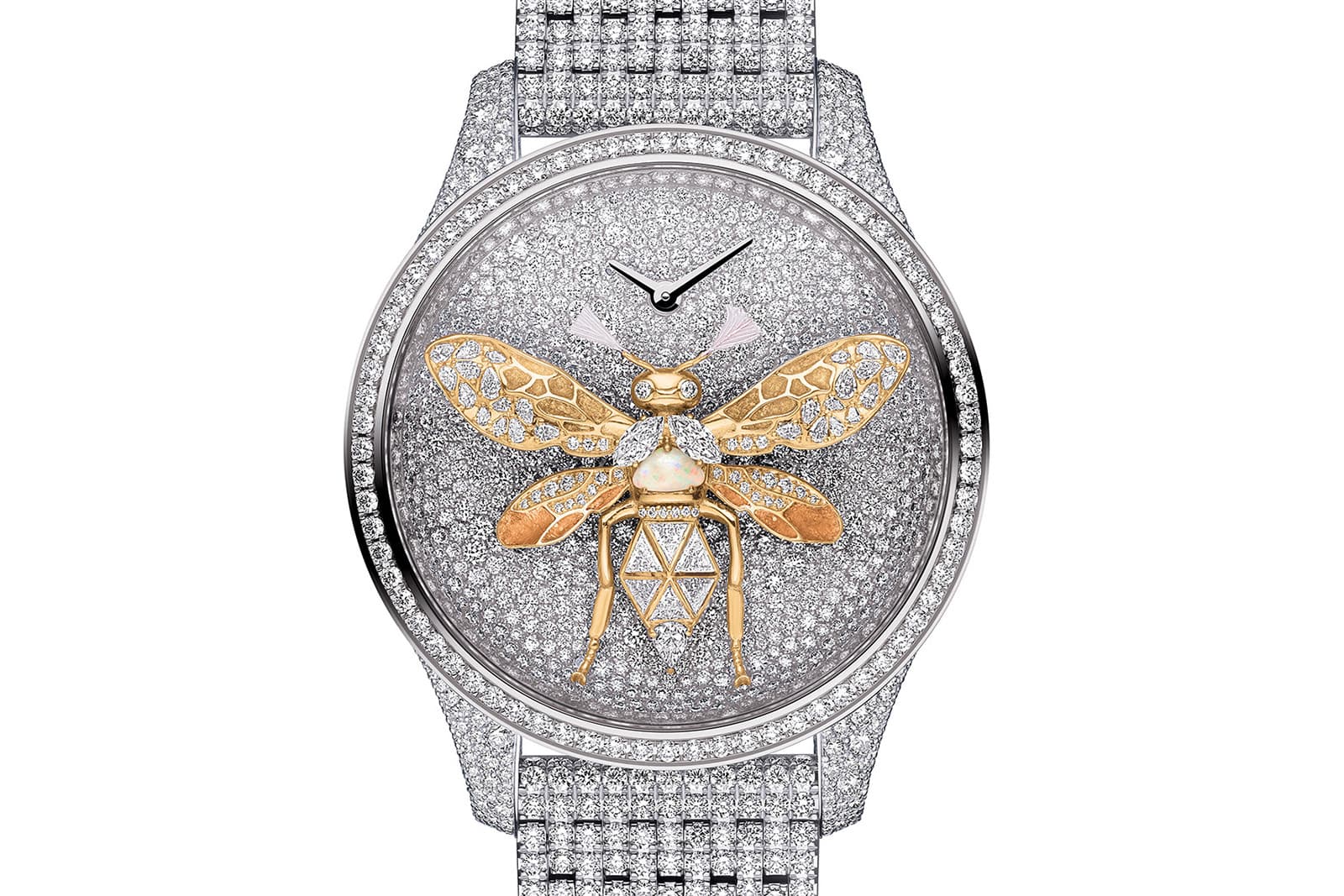 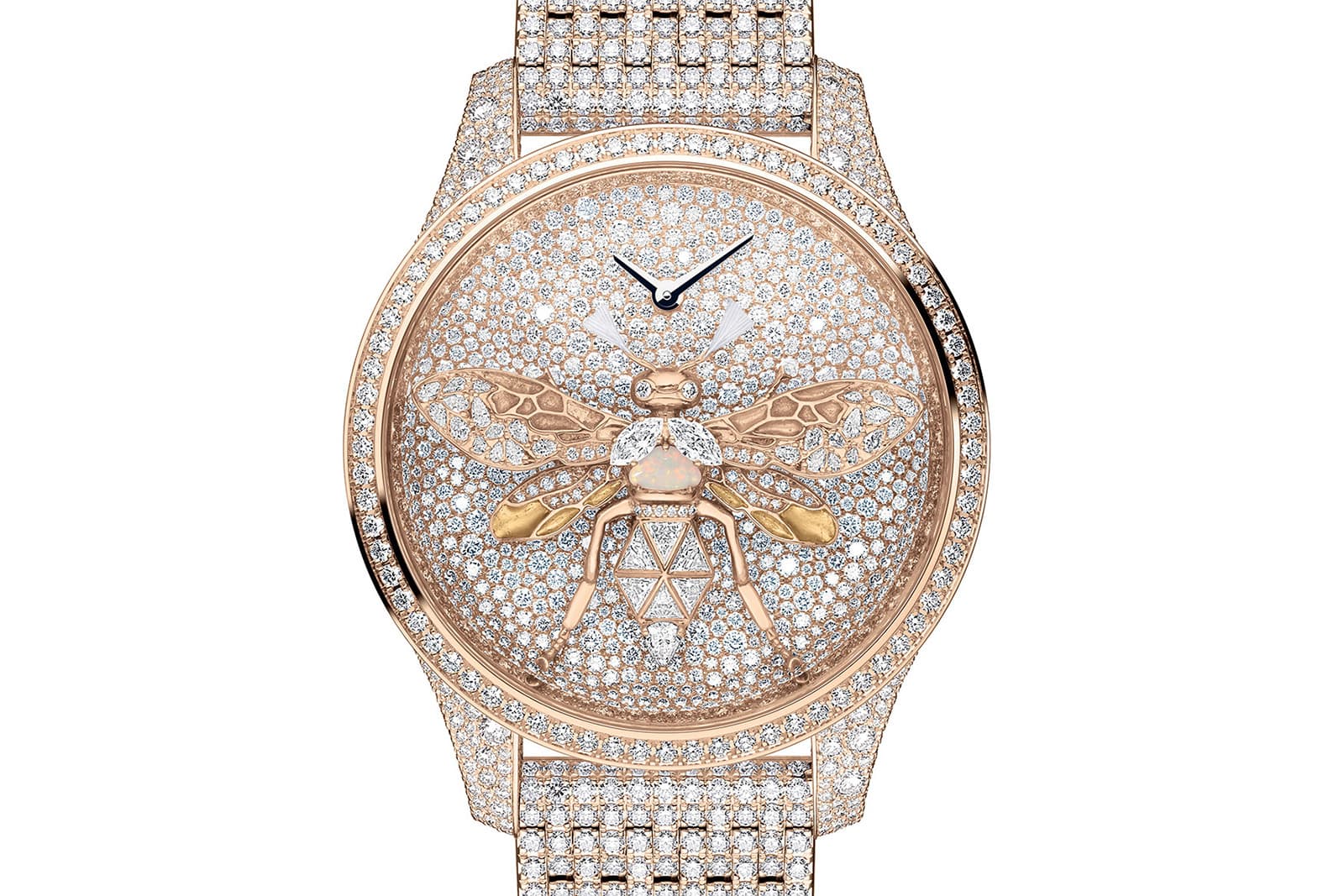 Piaget has specialised in the creation of high jewellery watches since the 1950s. Back then, Piaget’s designers were encouraged to “do what has never been done before”, a motto that continues to play out today in the Swiss Maison’s watchmaking division. Like Cartier, Piaget is a brand that really understands what women want from a jewellery watch – not merely a timepiece decorated with gems, but a jewel that happens to tell the time. This summer, Piaget launched the Wings of Light high jewellery collection, which, as is tradition, also includes a selection of very precious timepieces. Inspired by the natural subterranean swimming chambers found in Mexico’s Yucatan Peninsula, an exceptional high jewellery cuff joins the Secret Cenote suite of jewels. This alluring timepiece swims with watery colours, with rows of different coloured stones flowing up the wrist – blue-green Australian opals, sapphires in light and dark shades of blue and sparkling droplets of round diamonds – punctuated by a rectangular opal dial. 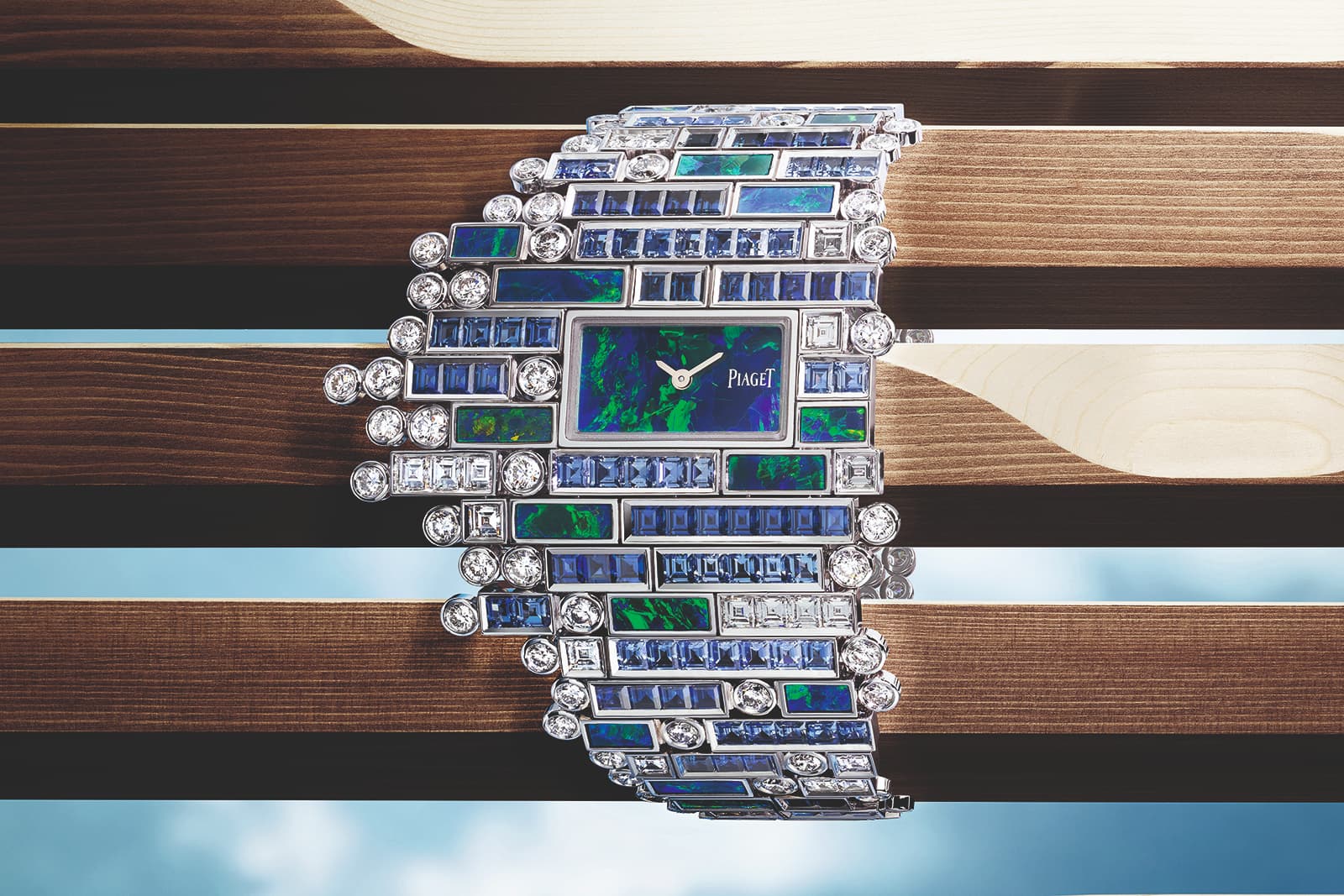 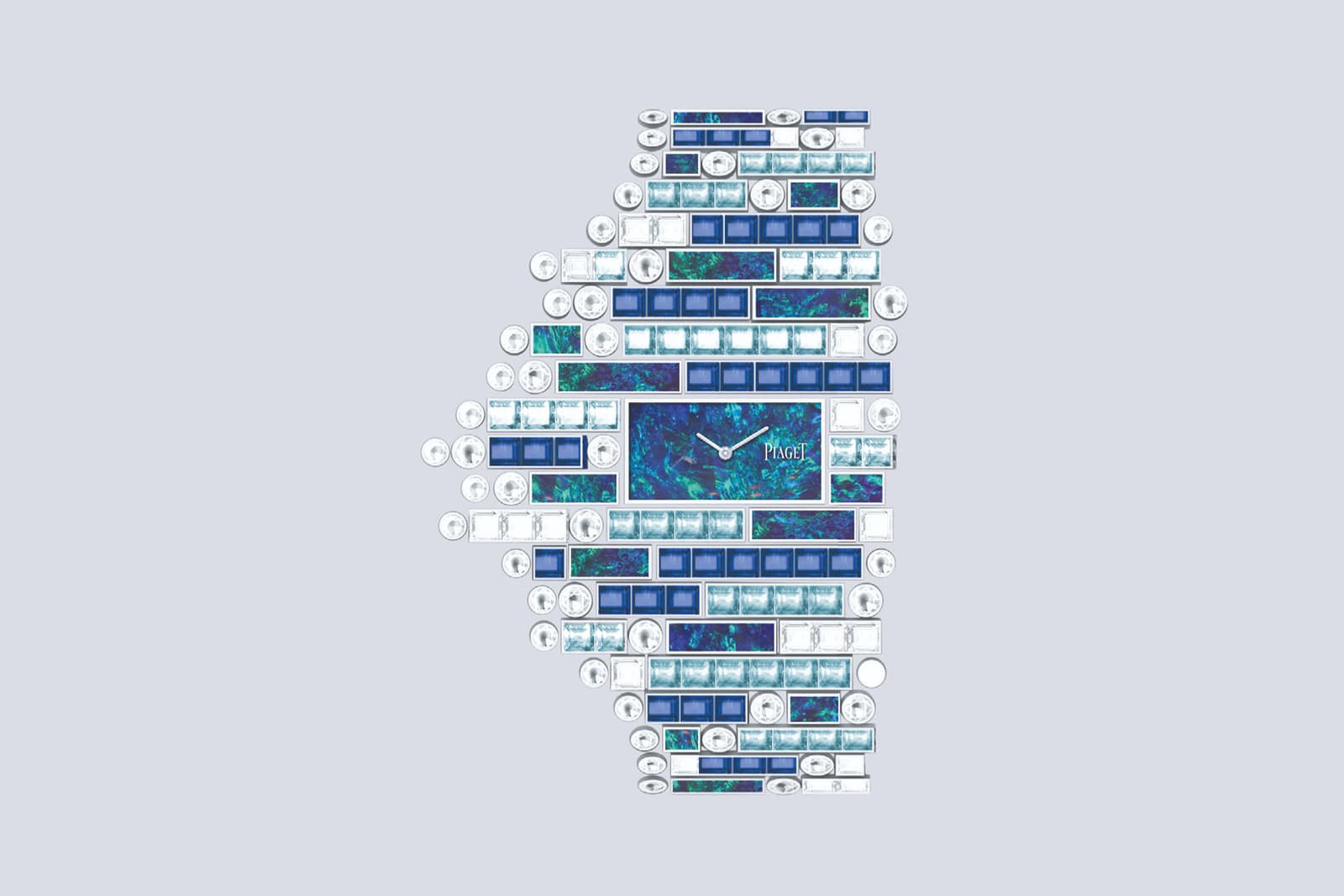 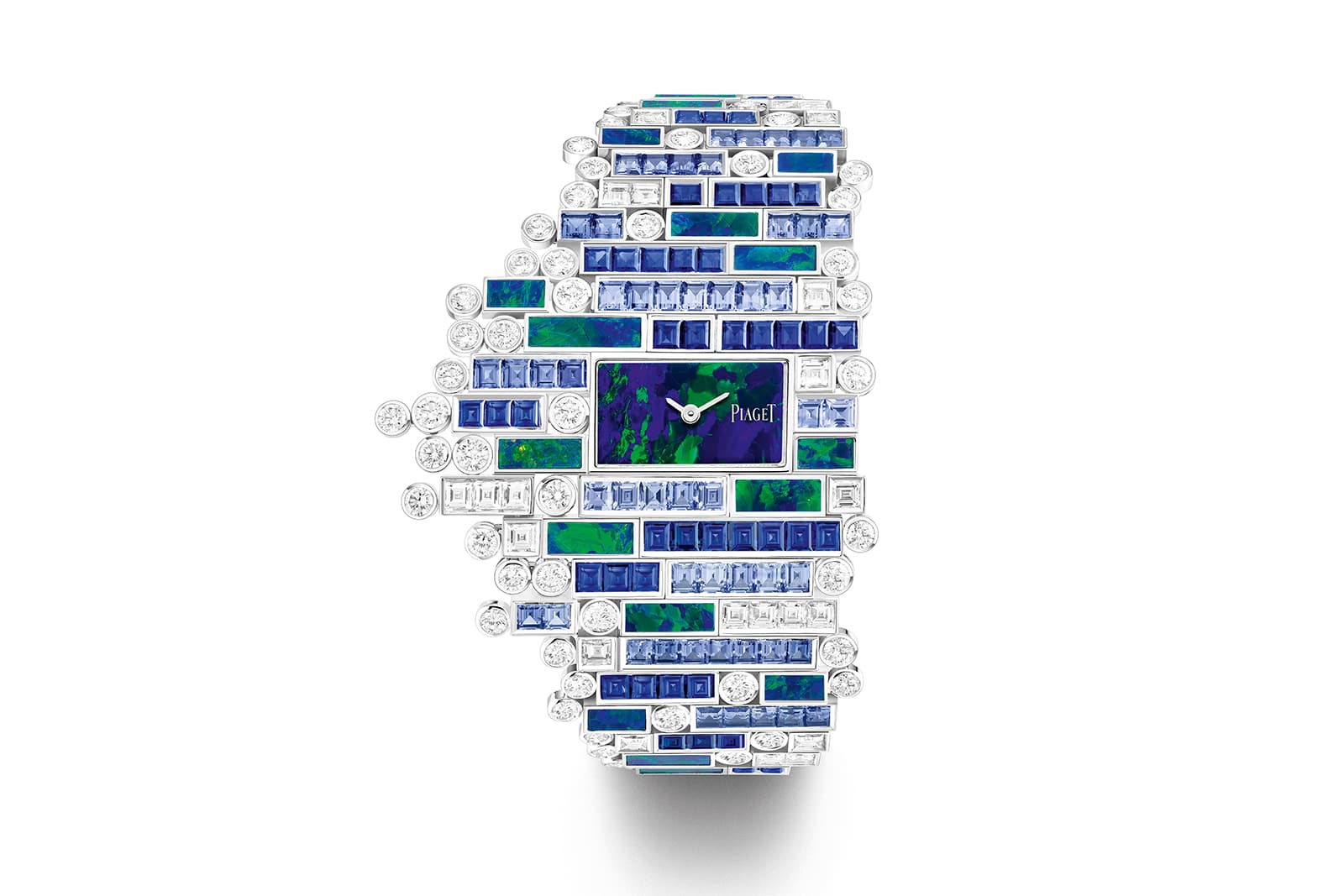 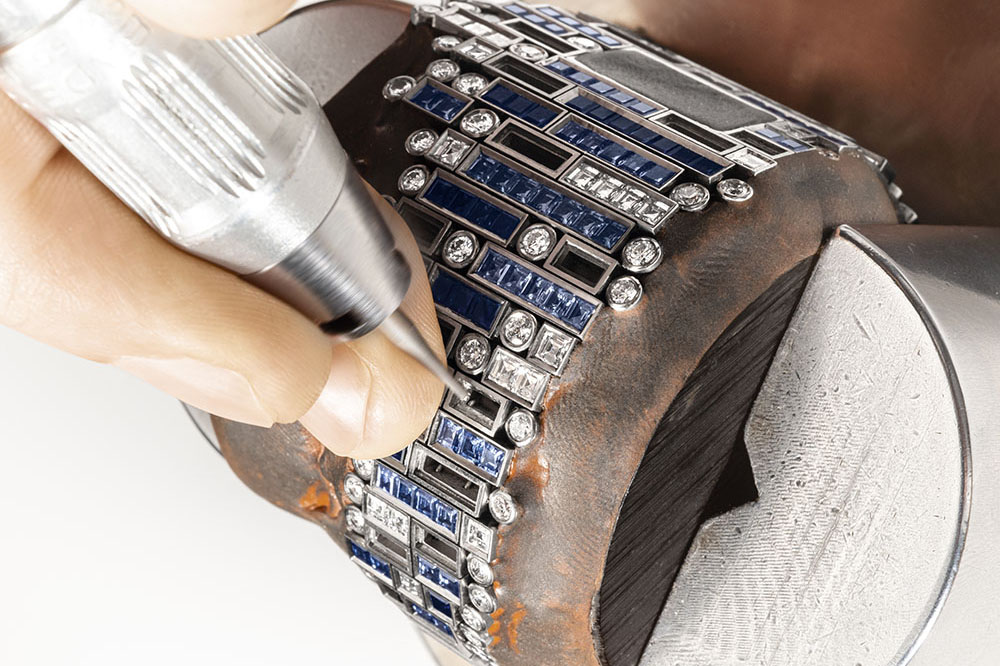 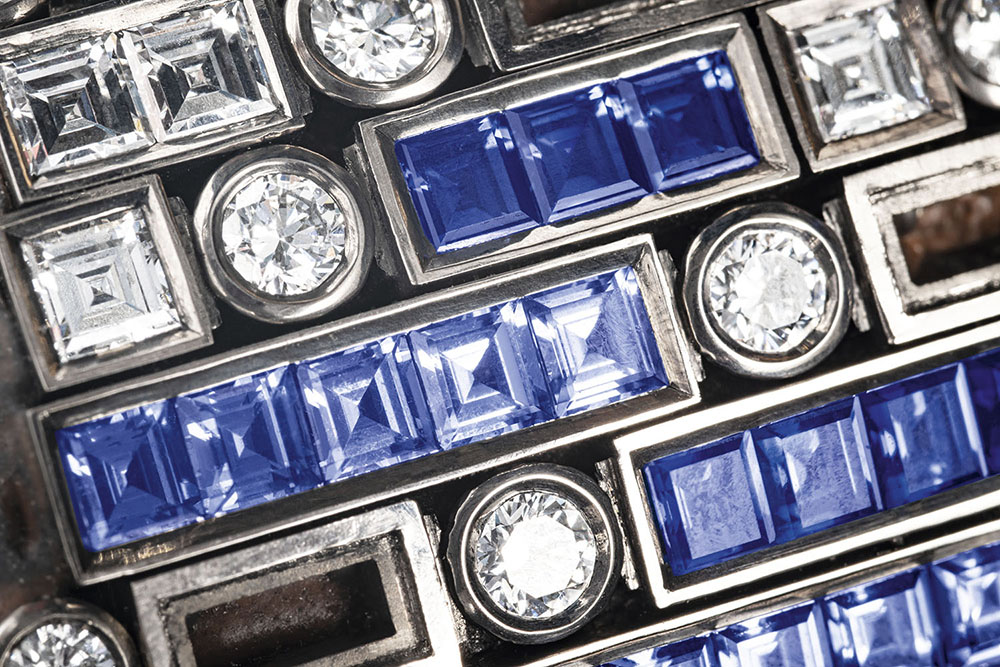 For inspiration for its new Marine Poseidonia high jewellery watches, Breguet descended to the floor of the Mediterranean Sea, home to the aquatic Posidonia Oceanica plant. To recreate the plant’s distinctive ribbon-like leaves, which wave in time to the sea’s currents, Breguet’s craftspeople invisibly set diamonds and gemstones in sinuous rows, with mother of pearl marquetry adding flashes of iridescence between the gems. Four versions of the Marine Poseidonia have been released – an all-diamond model alongside three colourful interpretations that feature graduated coloured stones that fade from one hue to the next. My favourite is the ruby model, which contrasts shades of red, pink and purple with splashes of orange and yellow. Unlike all the other watches featured here, which are powered by quartz movements, beneath the spectacular façade of the Marine Poseidonia timepiece lies a complicated mechanical heart: Breguet’s calibre 591C, an extra-thin self-winding manufacture movement that is visible through the sapphire crystal case back. 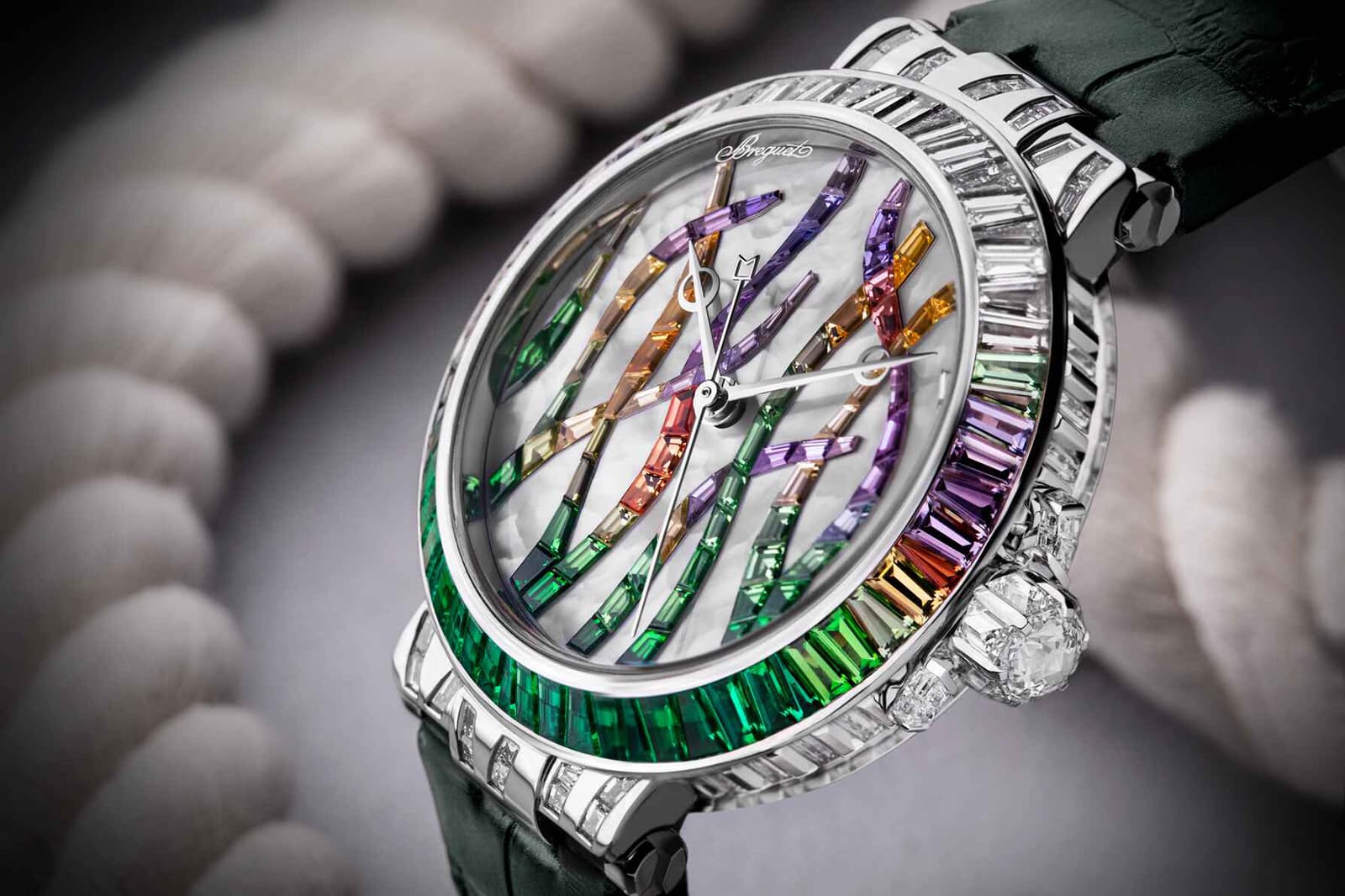 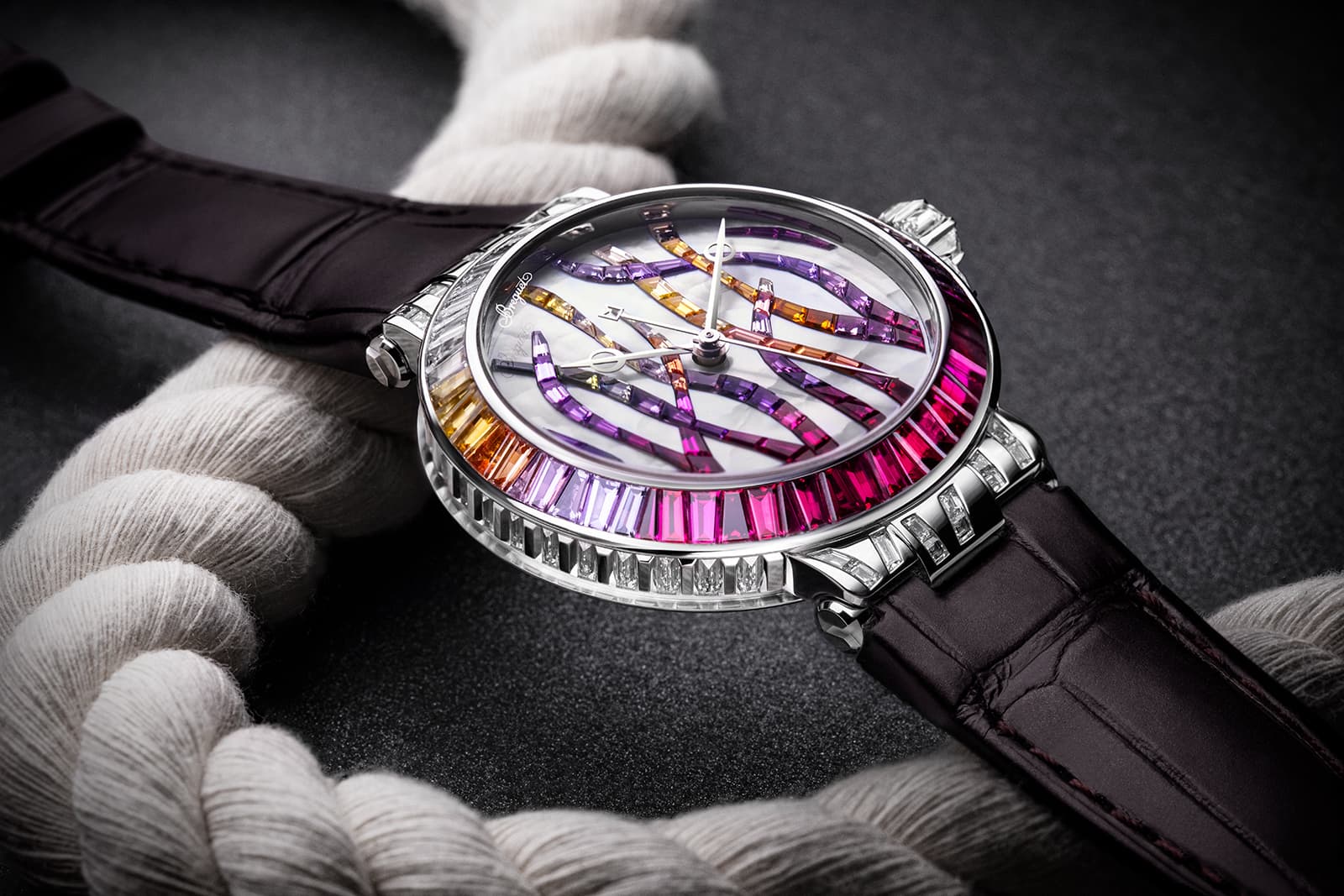 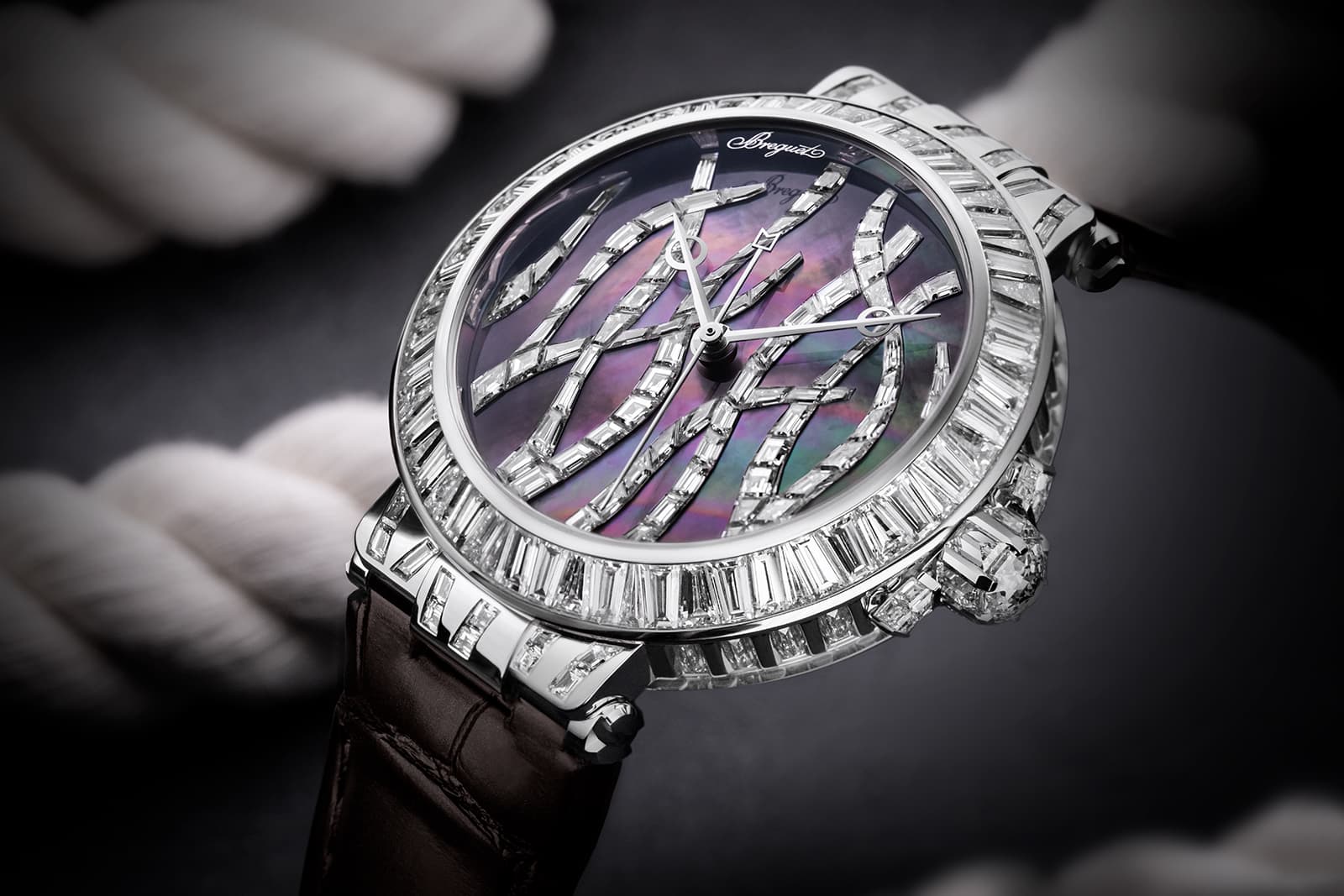 Using the whole rainbow of coloured gemstones and some serious gem-setting expertise, the beauty of the natural world is joyfully captured in these new high jewellery watches for 2020.