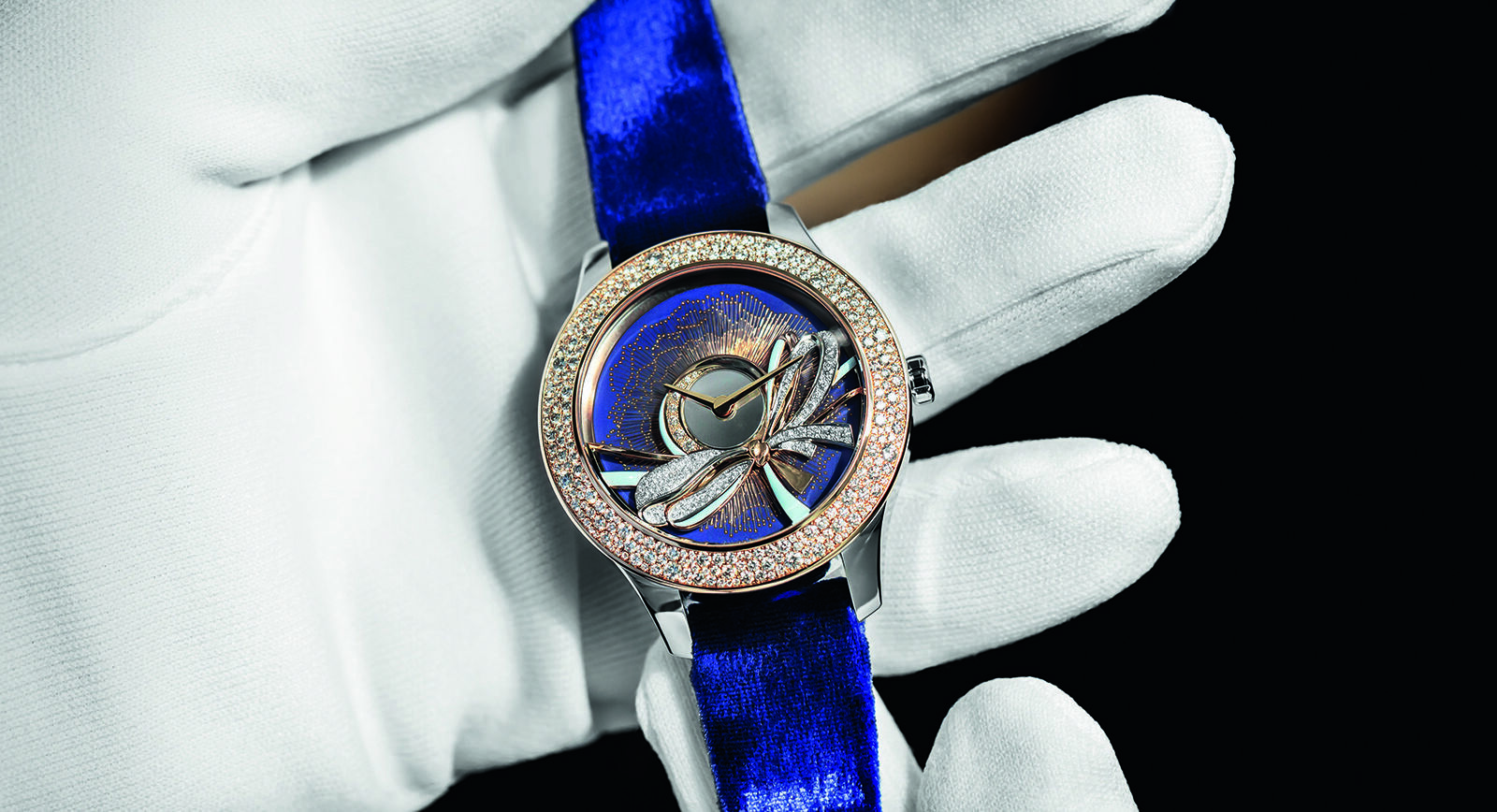 Dior: Getting Up Close and Personal with the New Pieces from the Grand Bal 2020 Collection

In Dior Joaillerie, exquisite timepieces become either part of high jewellery collections, or have separate lines dedicated solely to them. Over the past few months, a number of separate capsule collections have been released, each of which can be considered a work of art in their own right. Dior Grand Bal Masqué, Dior Grand Bal Ruban and Dior Grand Bal Opera work to masterfully combine the art of watchmaking with jewellery. It is therefore only appropriate that we describe these works as precious jewels that also show the time, and not simply as watches.

Dior Grand Bal is a collection of luxury watches, which is enriched with new models several times a year. Their unity lies in a common feature: all of the pieces have a rotating decorative feature on the dial. Here is how Dior describes these models on their website: “The collection swirls like a ball gown to the rhythm of the ‘Dior Inversé’ calibre and functional oscillating weight, which is placed on top of the dial and drives the timepiece. The result of strict aesthetic rules, this watch design echoes Monsieur Dior’s own work." Let's see just what it is that makes the latest models so unique... 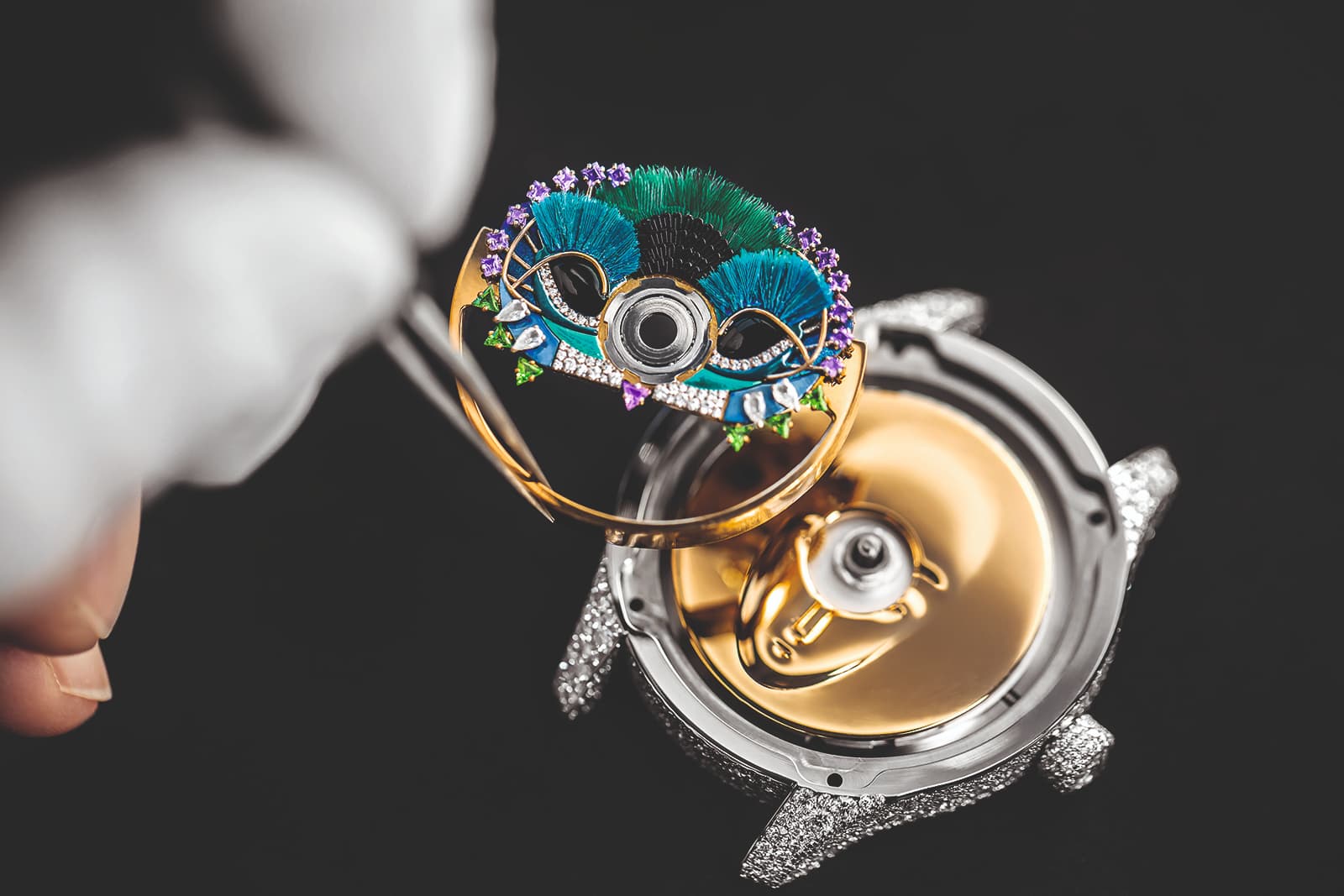 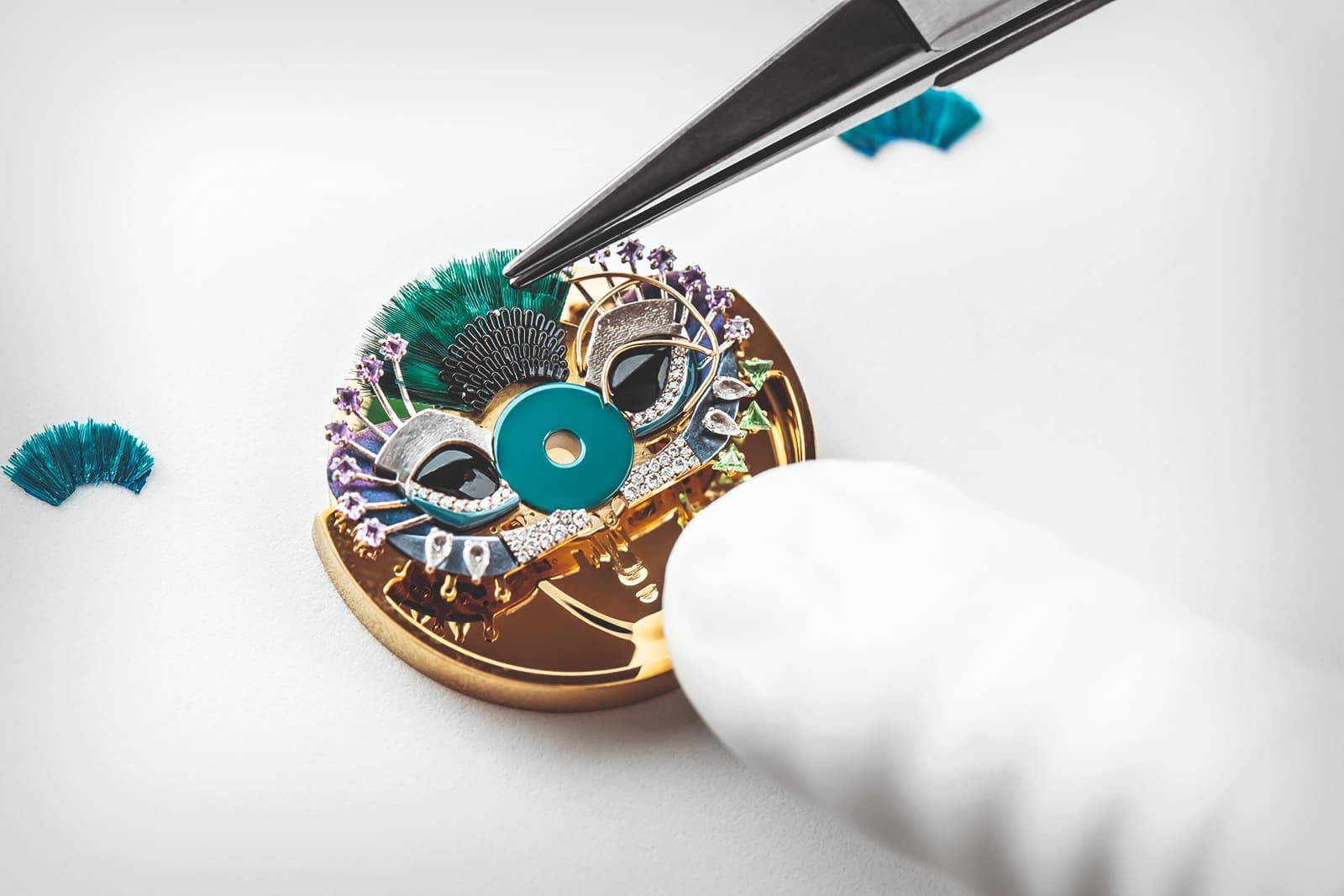 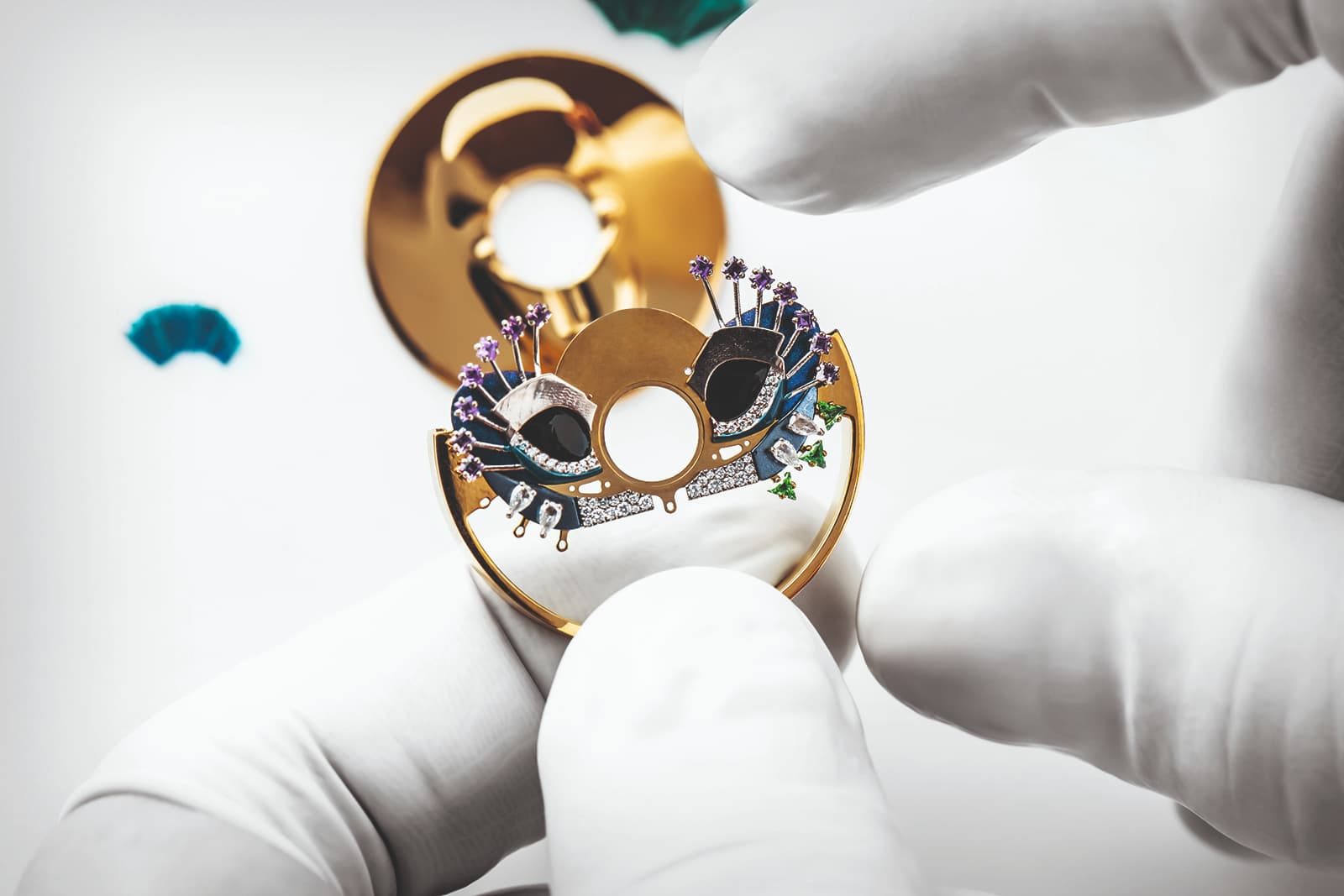 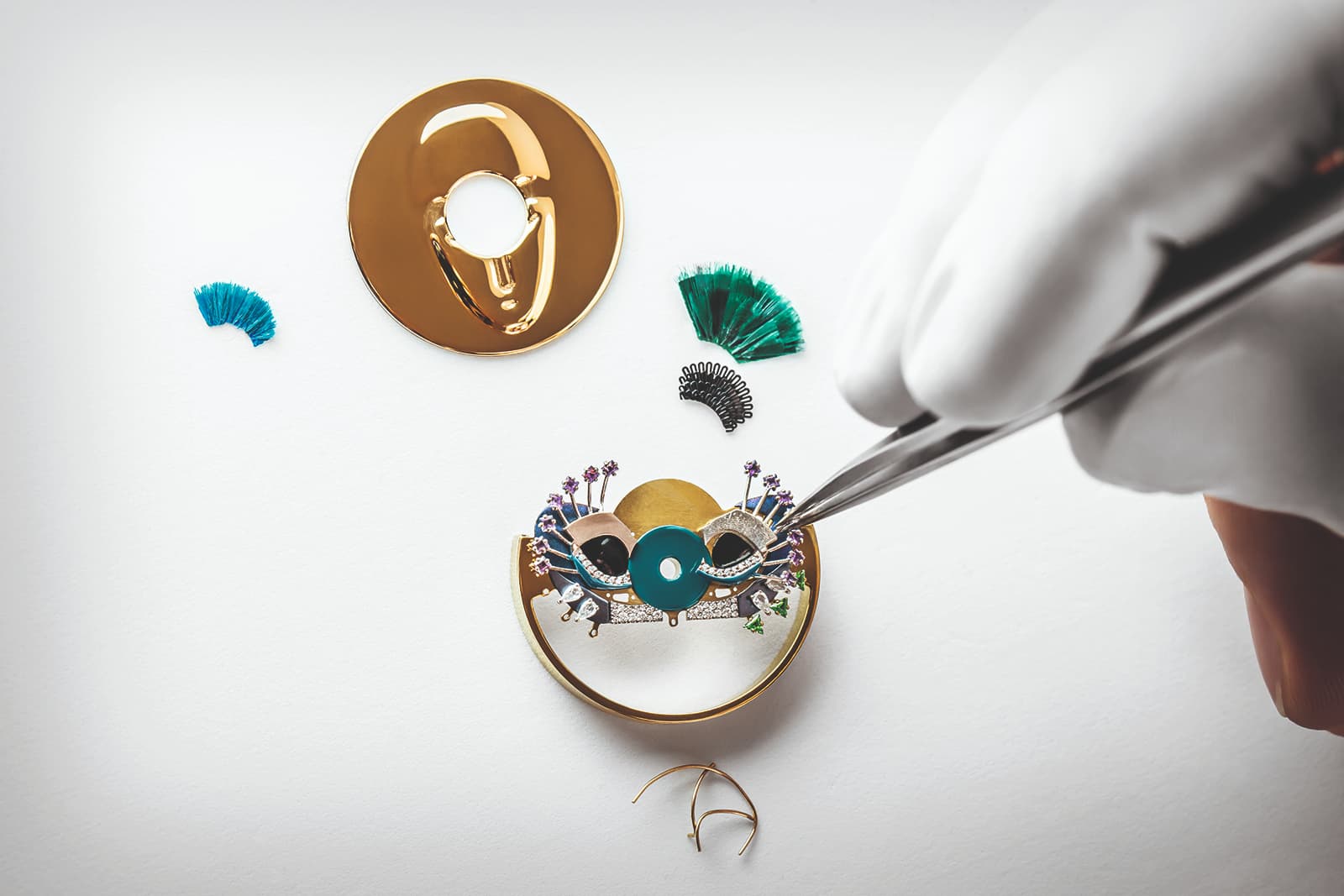 The 12 unique Dior Grand Bal Masqué variations are inspired, as the name suggests, by a masquerade ball. The famous ‘Ball of the Century’, held by Charles de Beistegui in 1951 at the Palazzo Labia in Venice, was the most extravagant event of its time. It is not surprising that it made a lasting impression on Monsieur Dior – known already for his fondness for an extravagant party. In his memoirs, he noted that "it was the most beautiful ball I have ever seen." The famous couturier designed several lavish costumes especially for this social occasion – an event that has come to symbolise courage, elegance and excessiveness. Today, this unique party is revived once more beneath the glass of the Dior Grand Bal watch, where the watches’ dancing masks act as a timely ode to the joys of life. 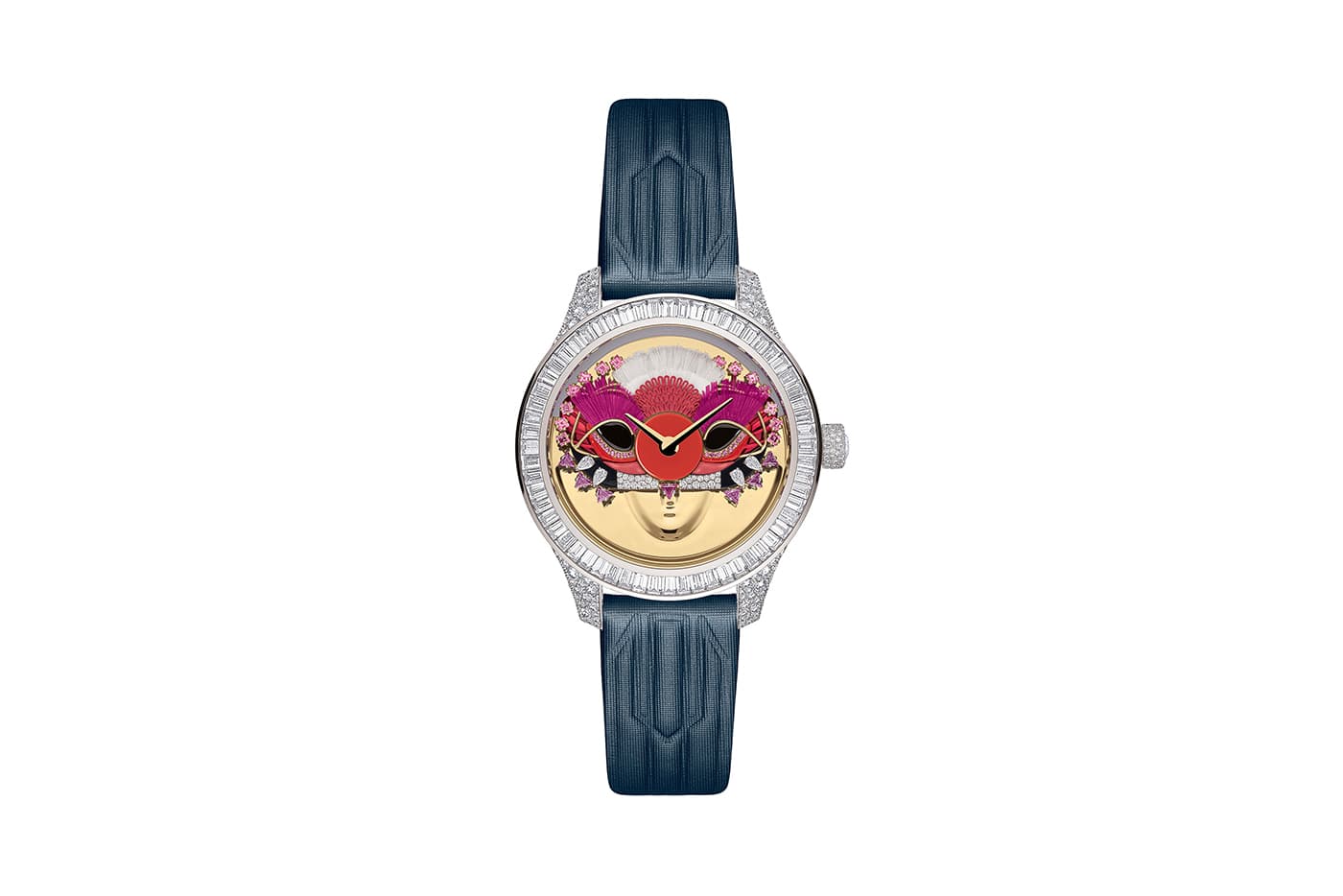 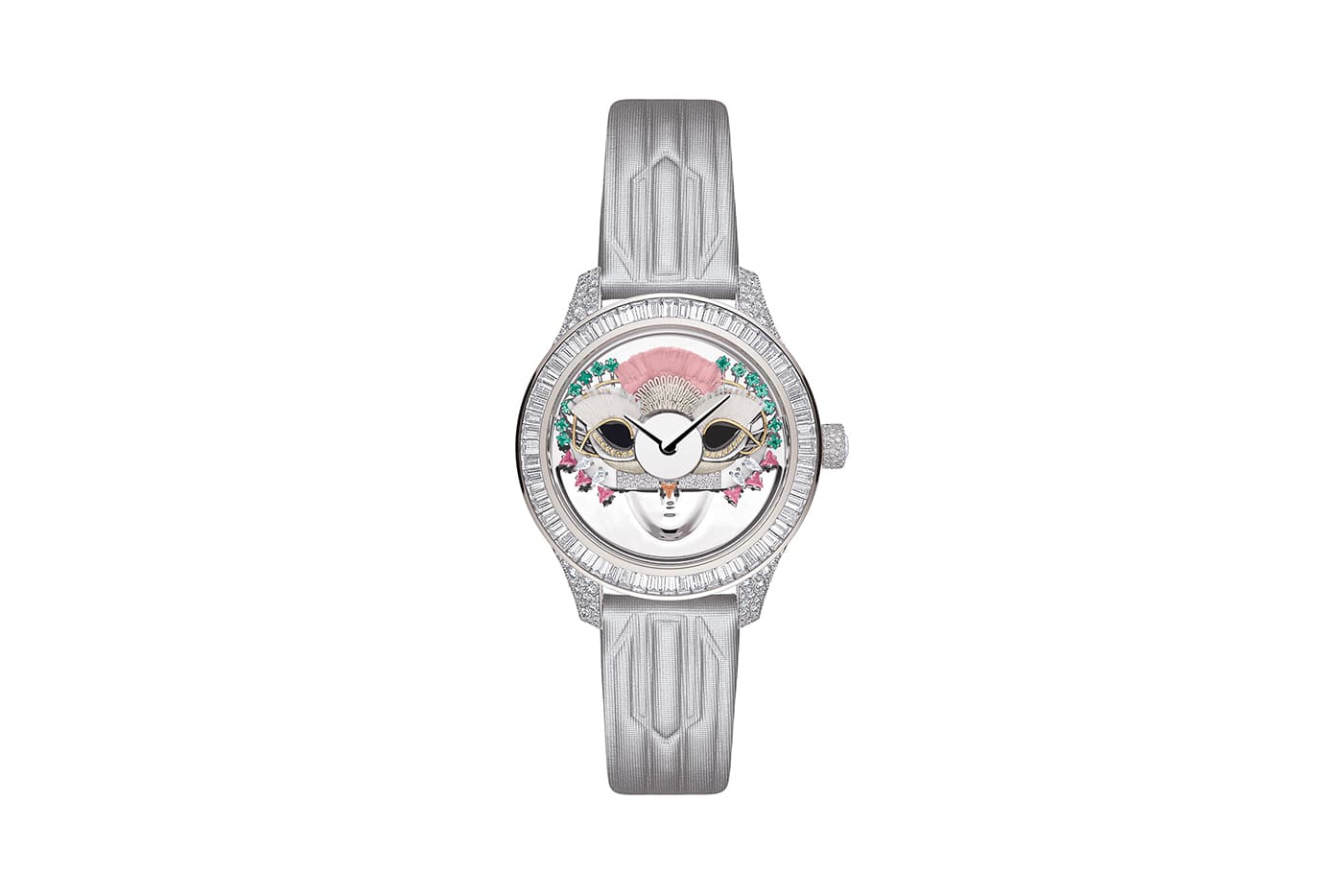 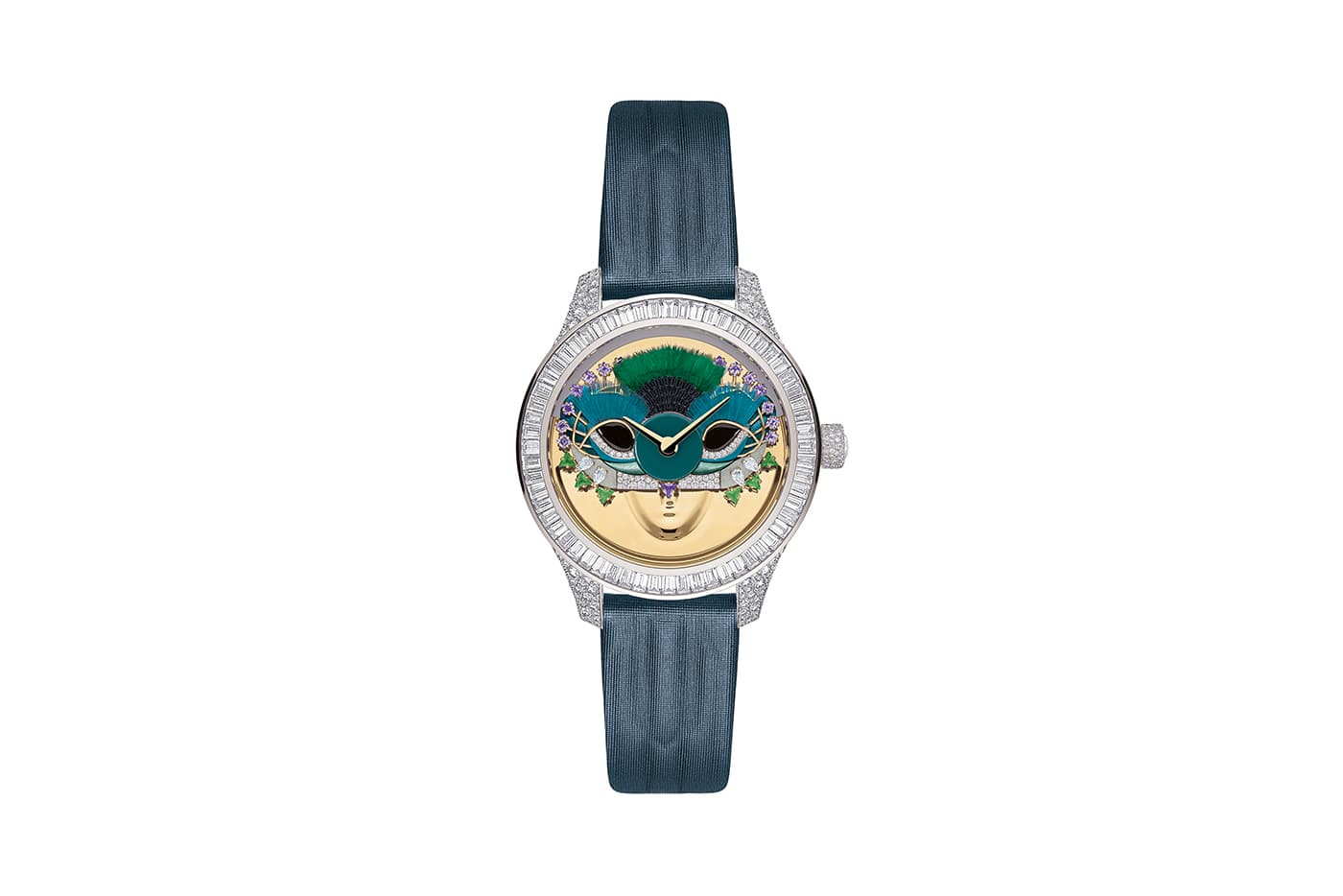 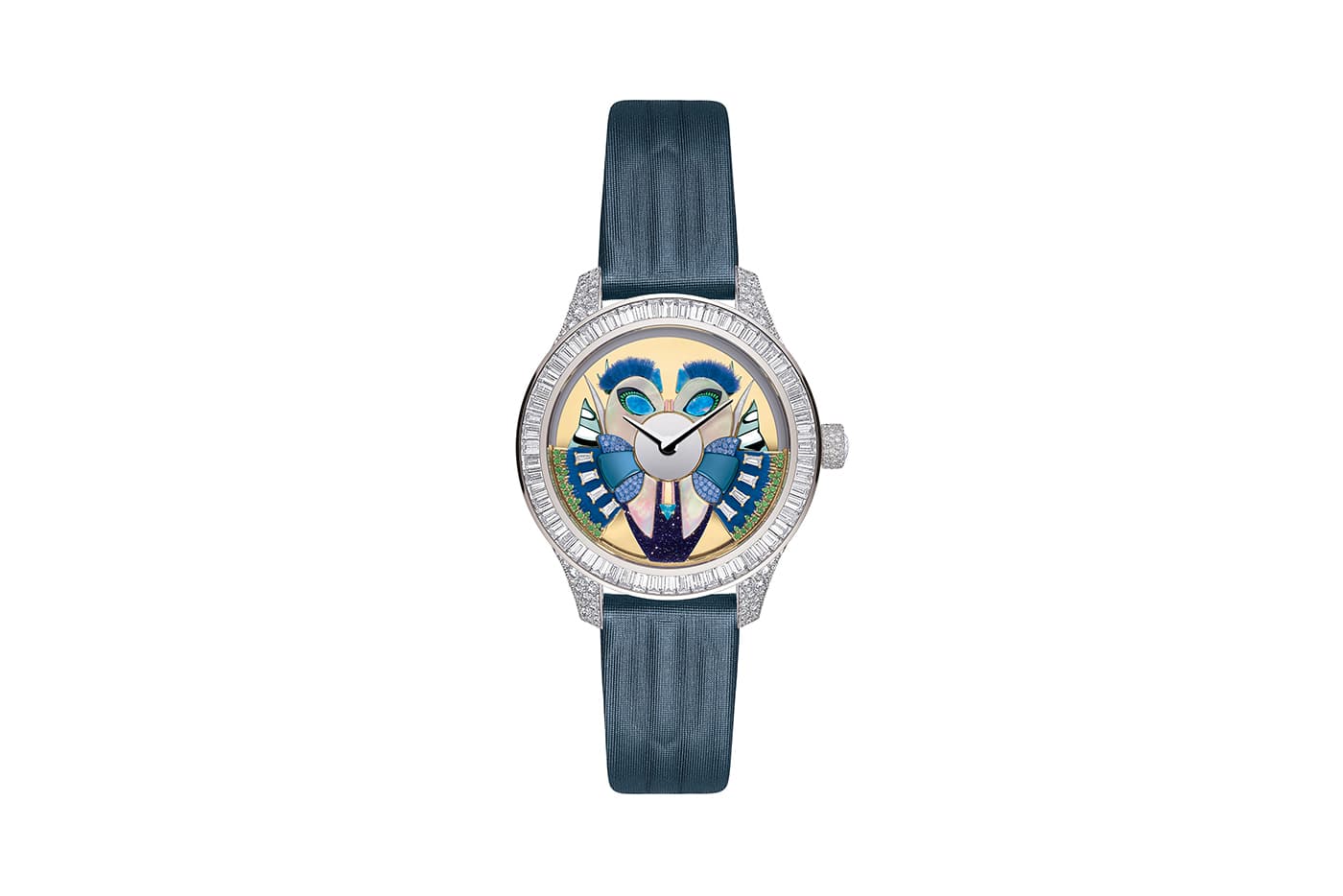 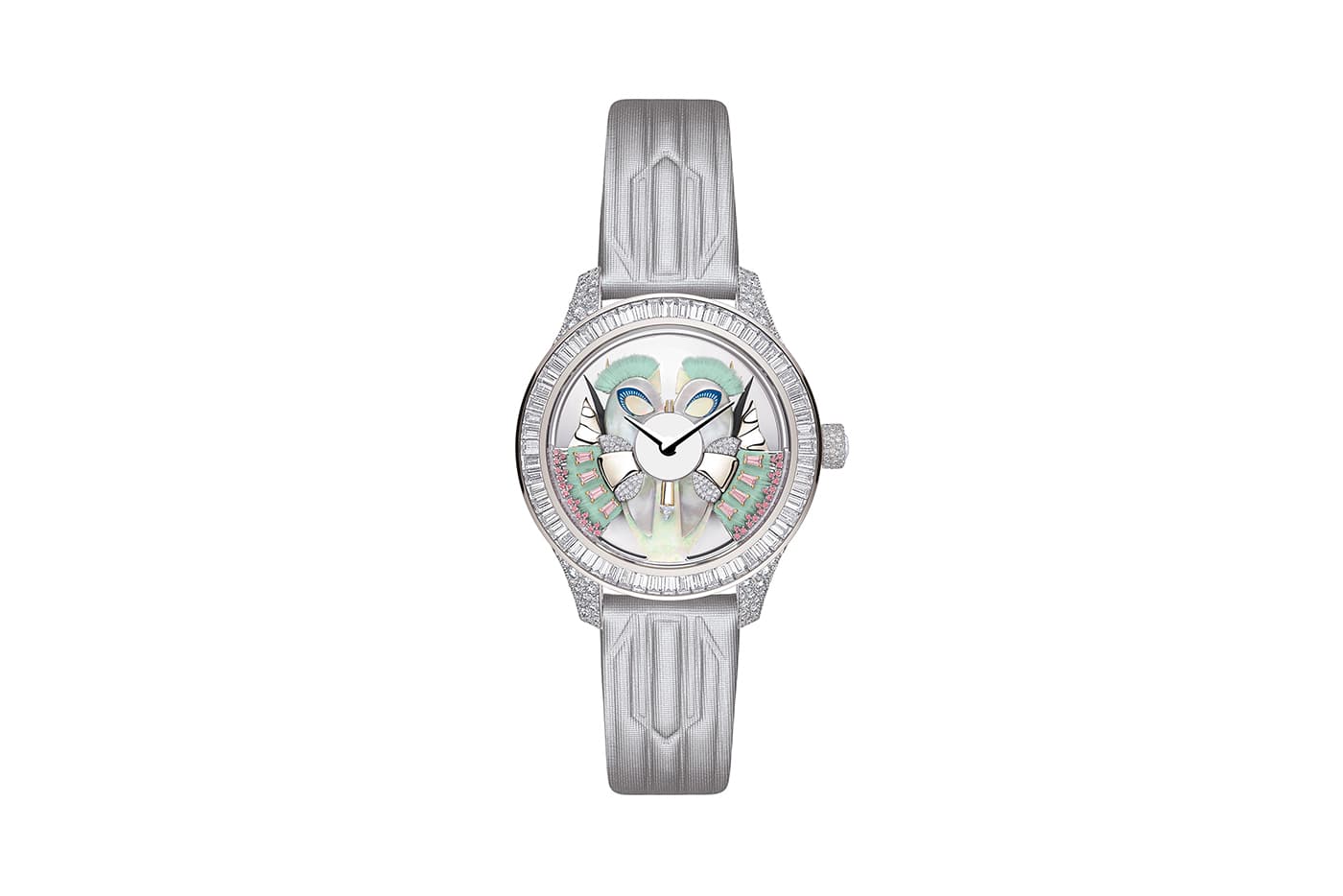 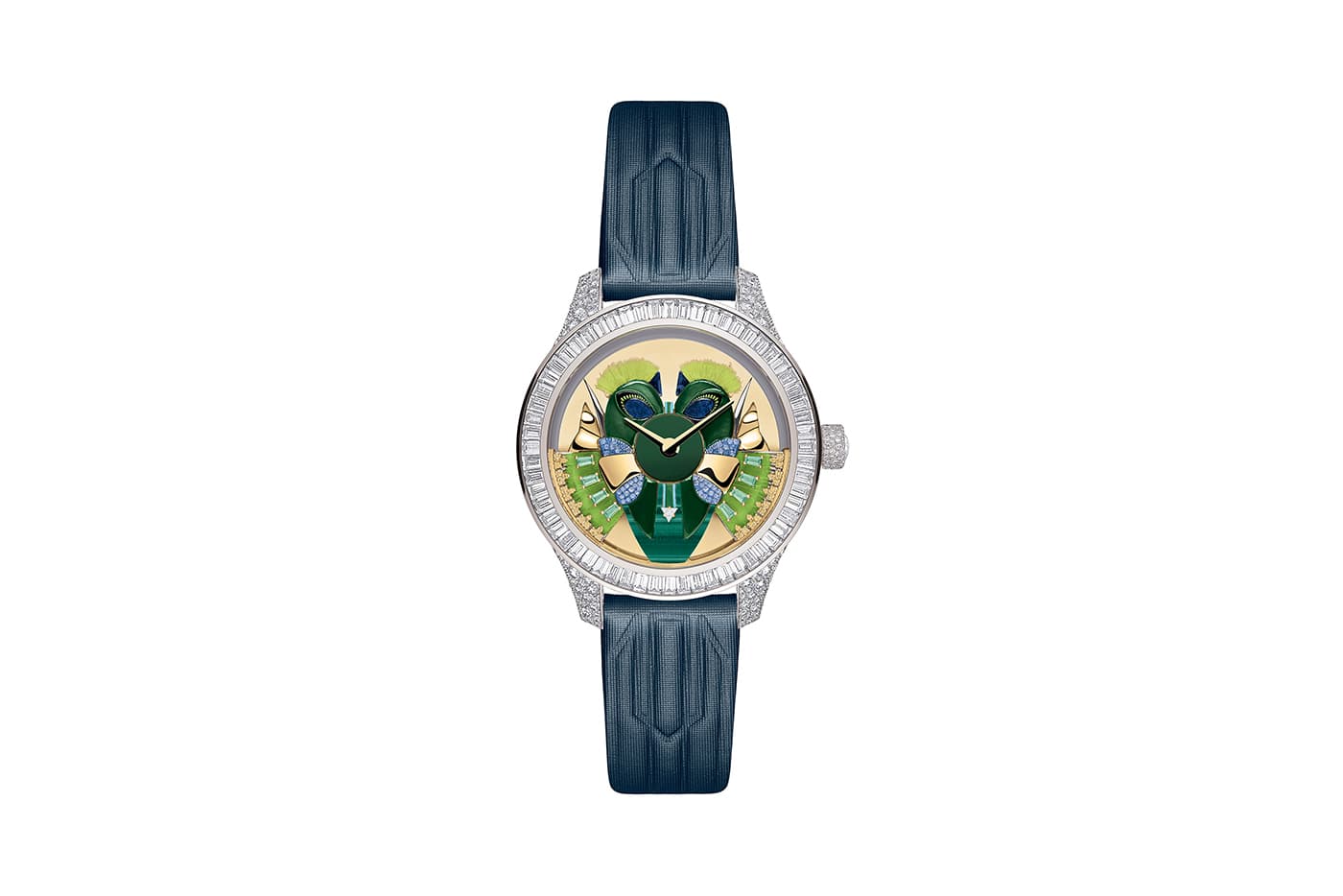 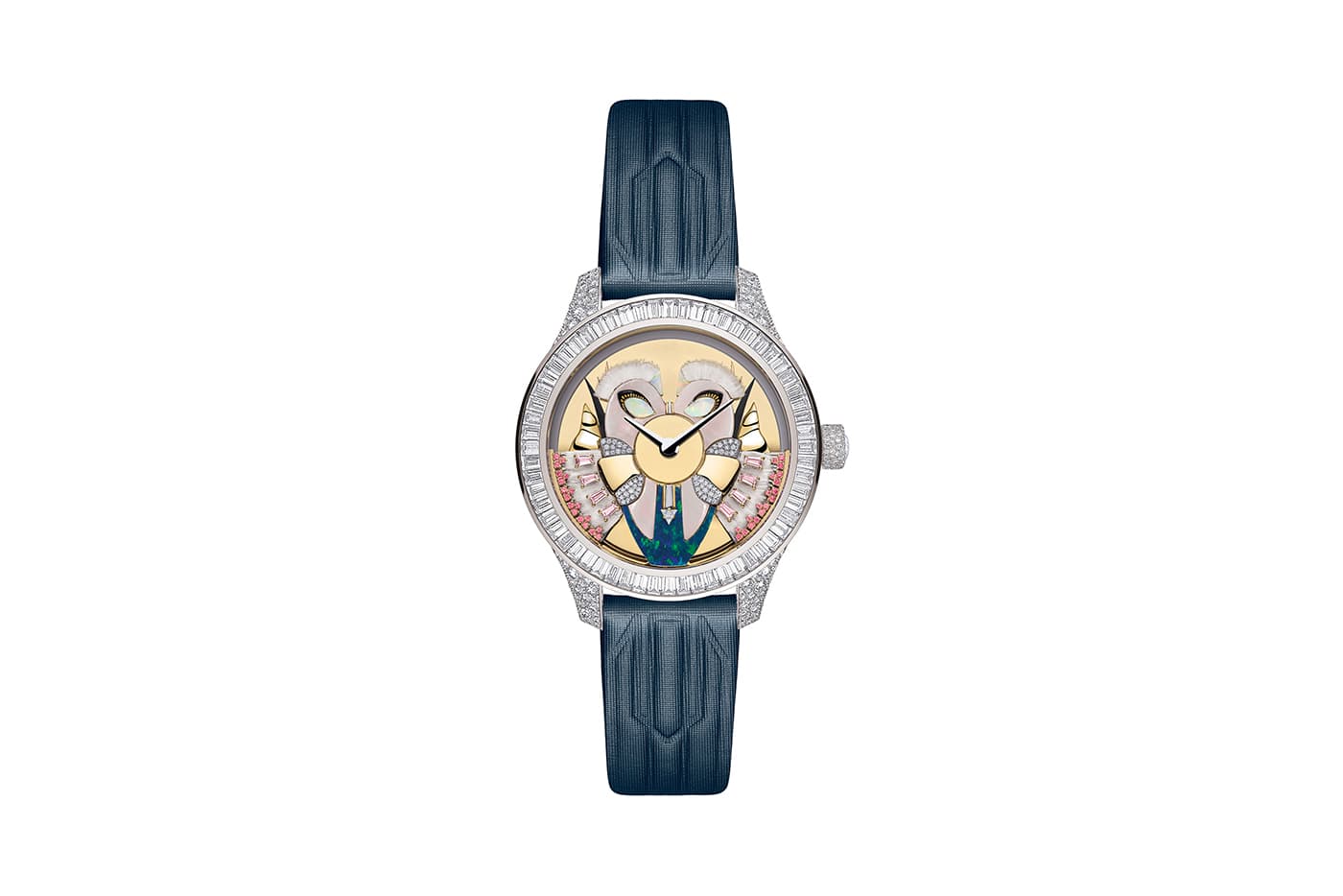 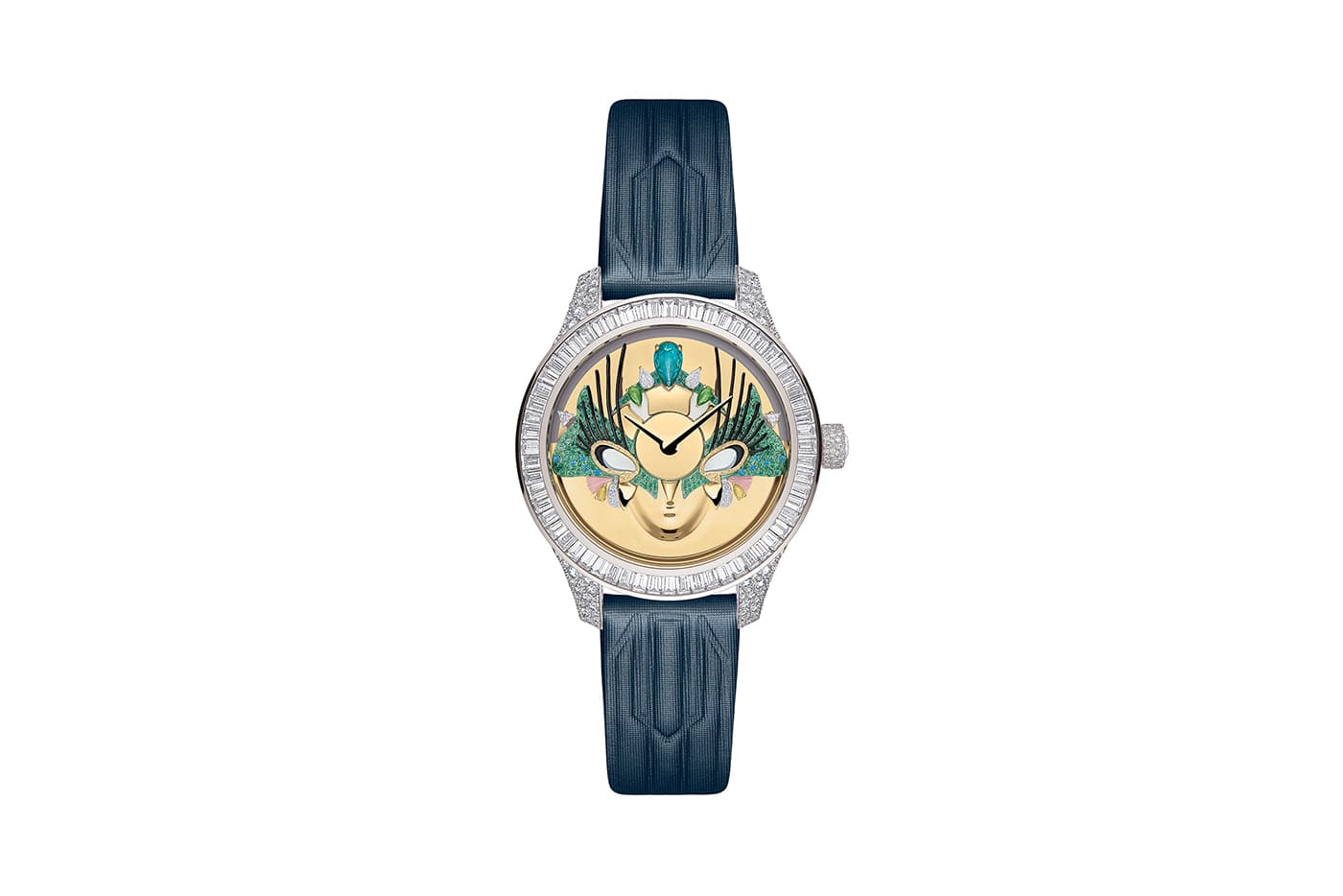 All Dior Grand Bal Masqué watches are equipped with an automatic ‘Dior Inversé 11 1/2 Caliber’ movement, and – as is tradition – the House’s designers have transformed the watches’ dials into stunning works of art. Sapphires emphasize the eyes on a golden face, eyelashes are decorated with silky, colourful feathers, while cheeks – blushed with excitement during dancing – are conveyed by pink quartz, spinel, sapphires and scarlet rubies. Over 60 baguette cut diamonds surround the dial with a sparkling halo, giving the watch an even more luxurious appearance. 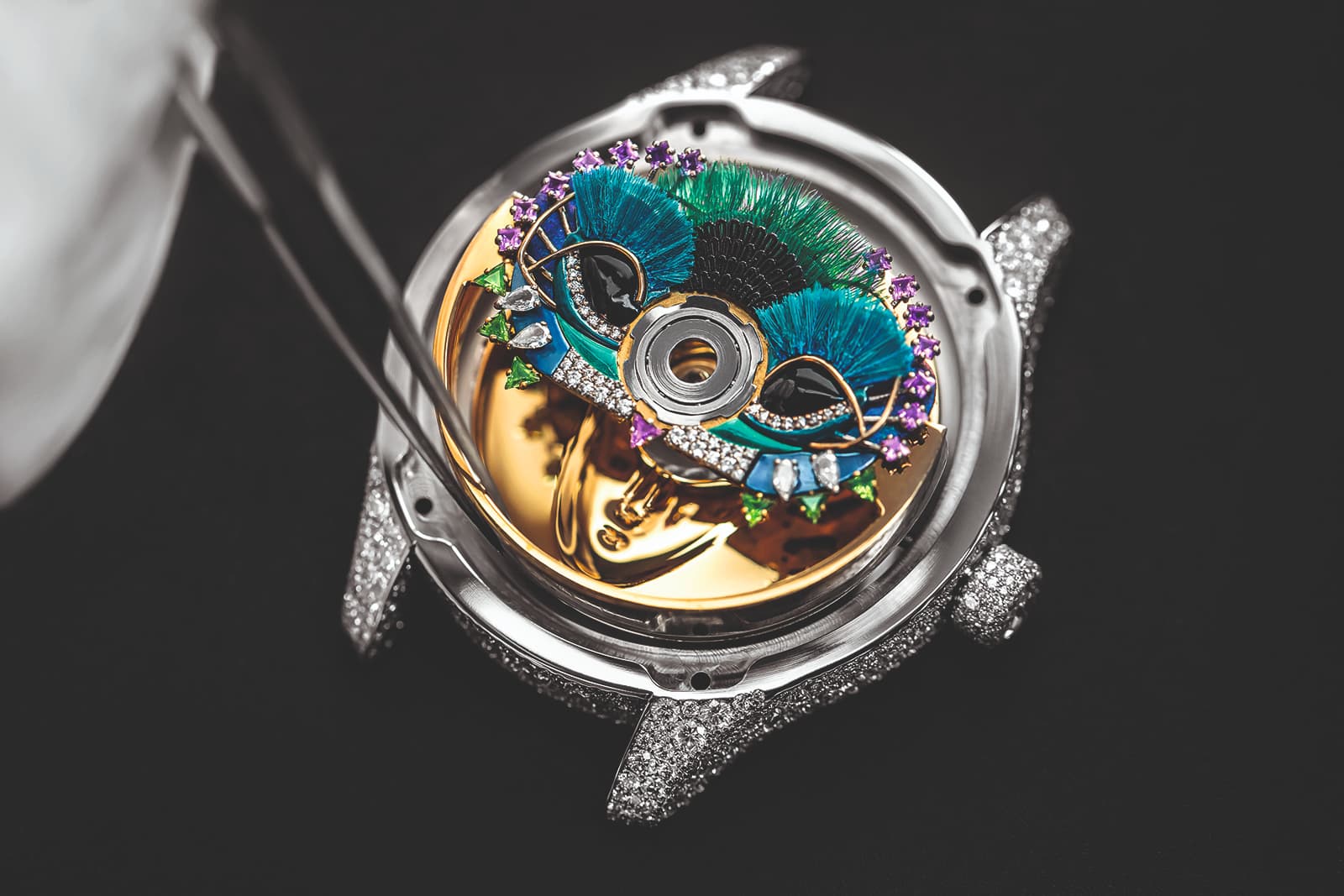 Another novelty in the Dior Grand Bal collection is the Dior Grand Bal Ruban ladies watches which, are also equipped with the 'Dior Inversé 11 1/2 caliber' movement. The oscillating weight is decorated with a bow that 'dances' with every movement, resembling the rhythmic waving of a ball gown to a musical beat. Brilliant cut diamonds, baguettes, and snow set pavé – composed of diamonds with different diameters – are used to decorate the watch case. The cases are steel, and the dials are made of pink and white gold – a perfect embodiment of the simple luxury that is characteristic of the Dior House. 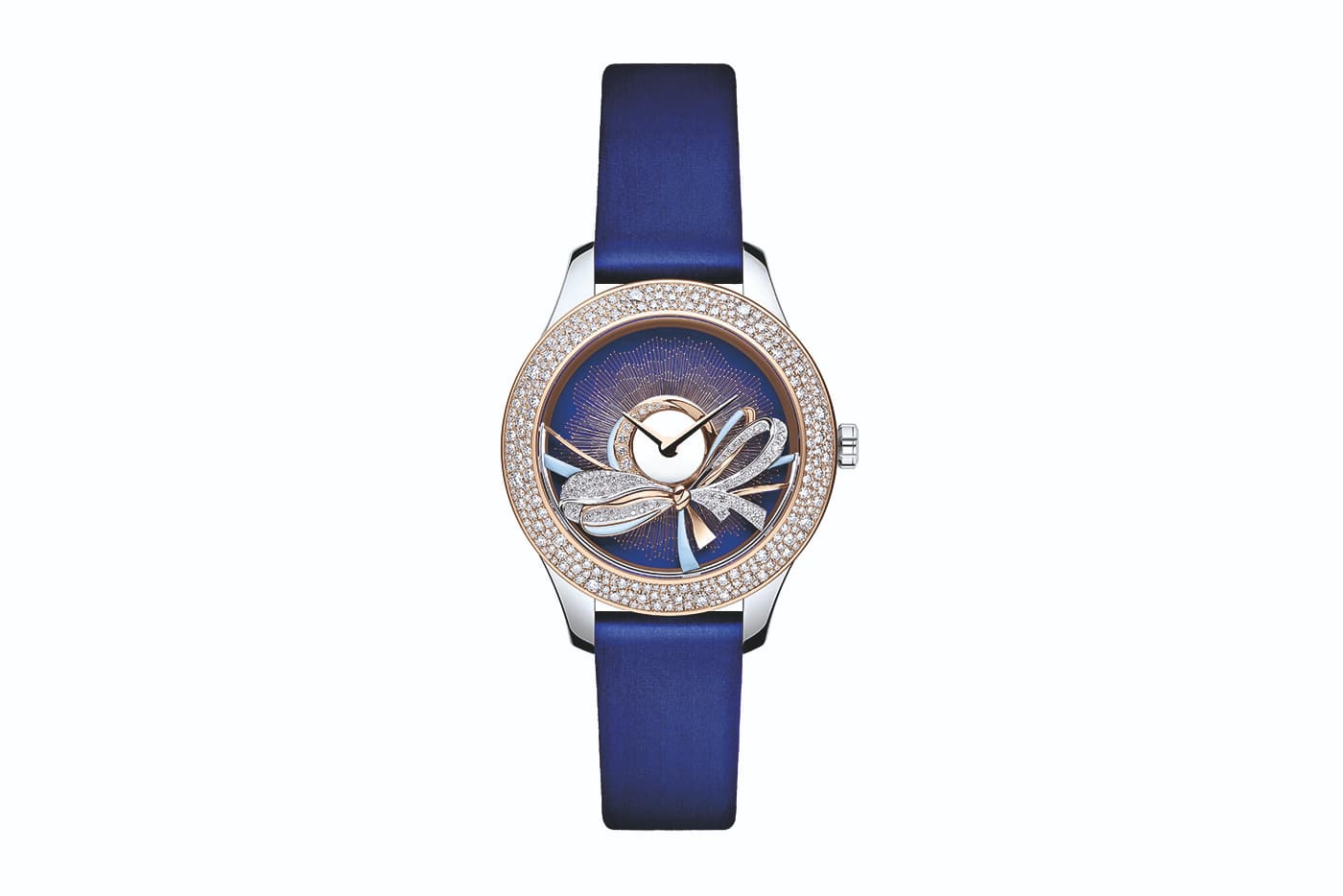 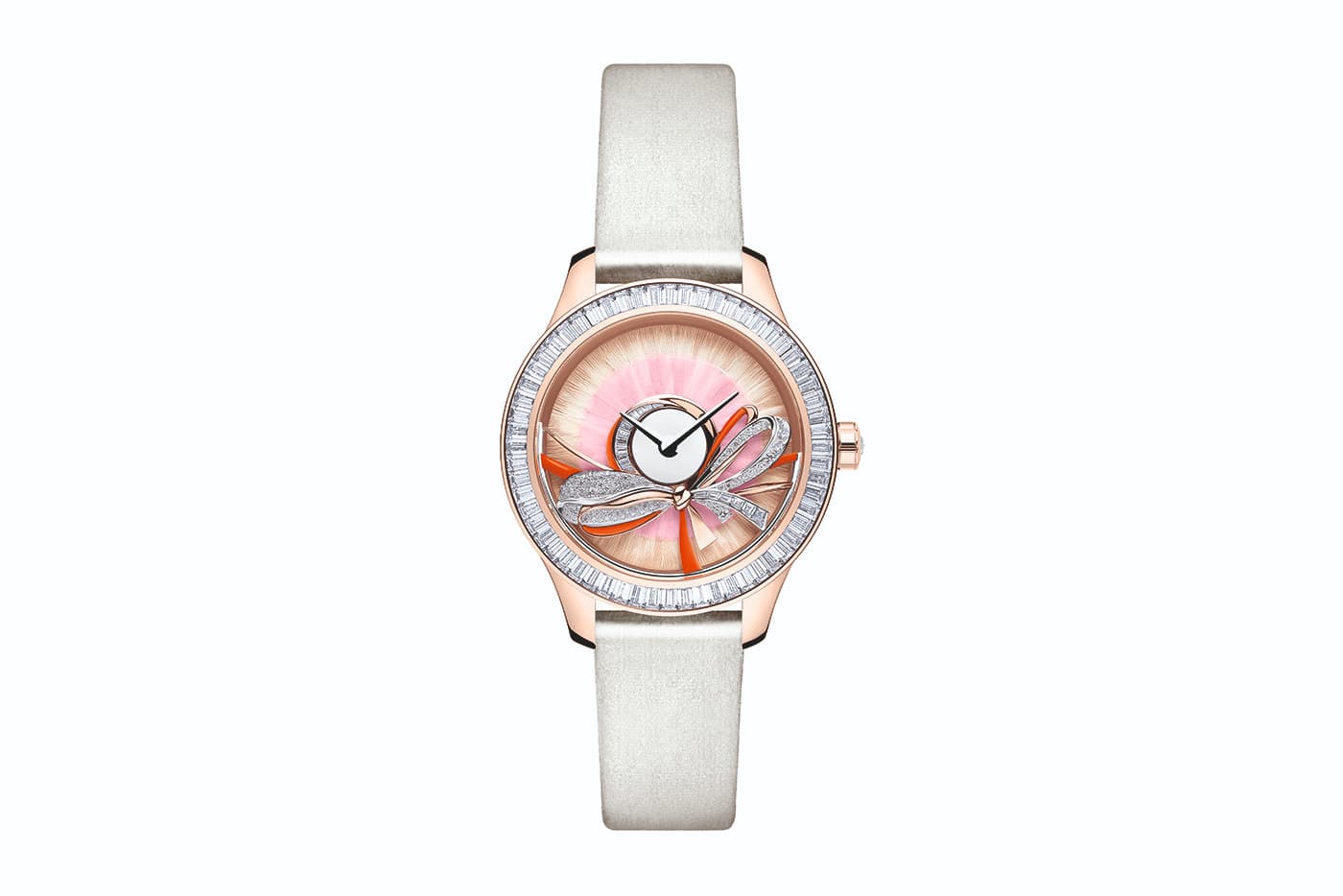 This model is available in two colours in a limited edition: 88 of these are in blue, while only 18 are in pink. Each chronometer comes with a velvet strap, the lining of which, much like the reverse side of the case, contains an exciting secret that will be revealed only to the wearer. 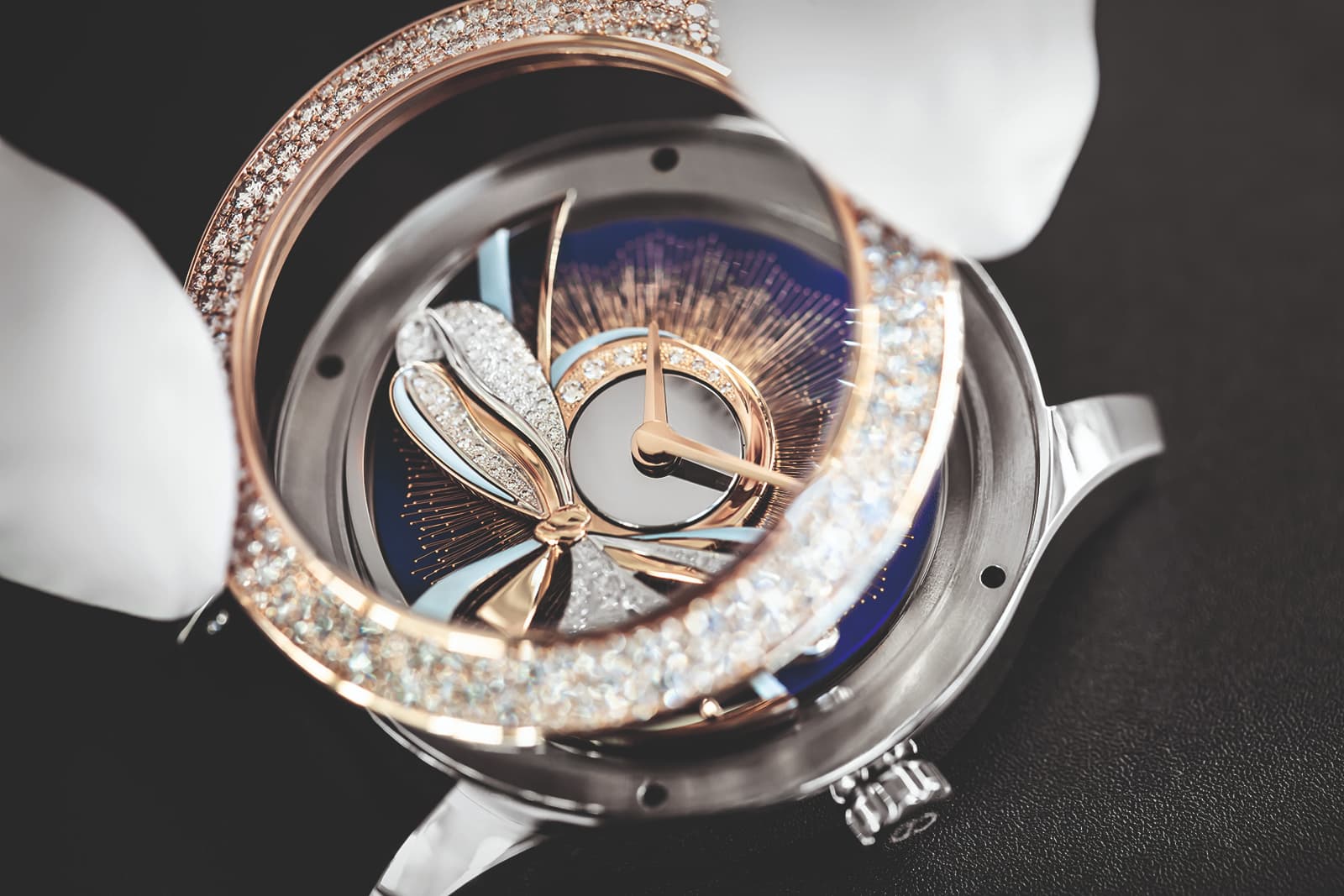 Finally, let us turn our attention to the new Dior Grand Bal Opera, also included in the Dior Grand Bal collection, but differing from other models in its shape. Ten pieces of watchmaking art – each possessing a square case – are released in a single edition. The pieces are inspired, as the name suggests, by the baroque architecture of the Opéra Garnier in Paris. On the dial of pink, yellow or white gold, one finds an engraving of an intricate pattern (on some models it is made on a mother of pearl background,) and this pattern continues onto the rotating part of the watch. Openwork elements are composed of gold granules, which are either left in their natural form or coated with a layer of lacquer. 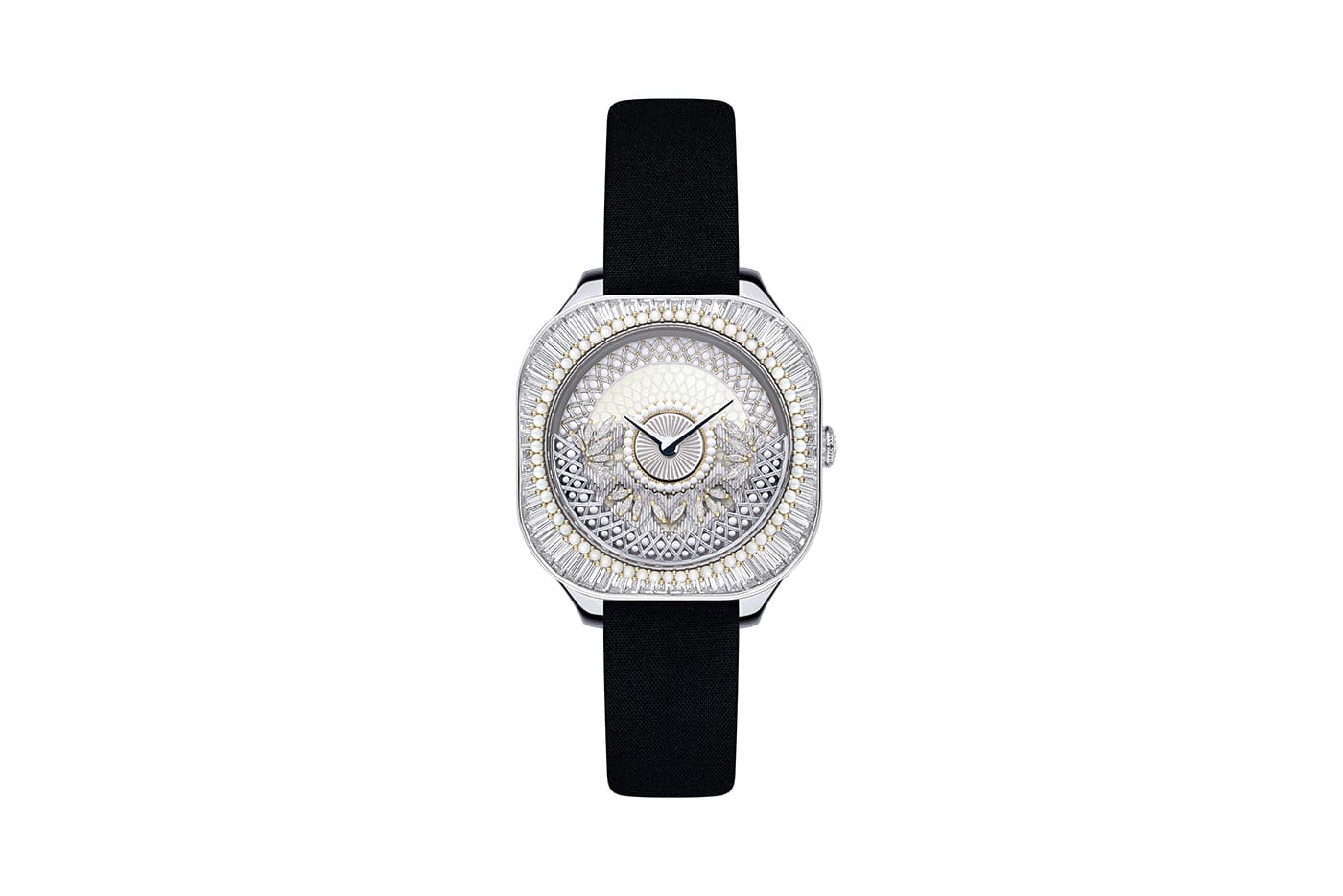 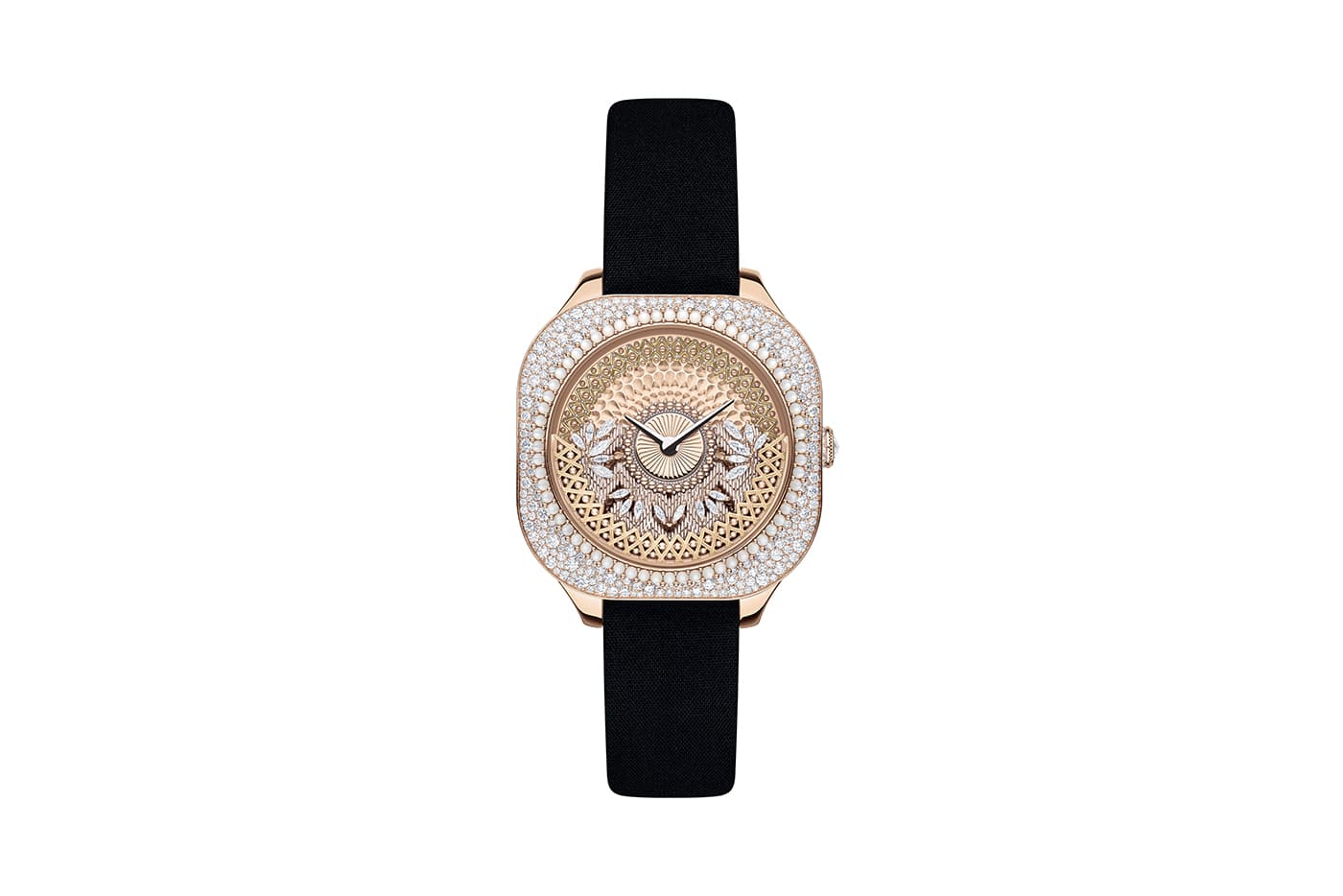 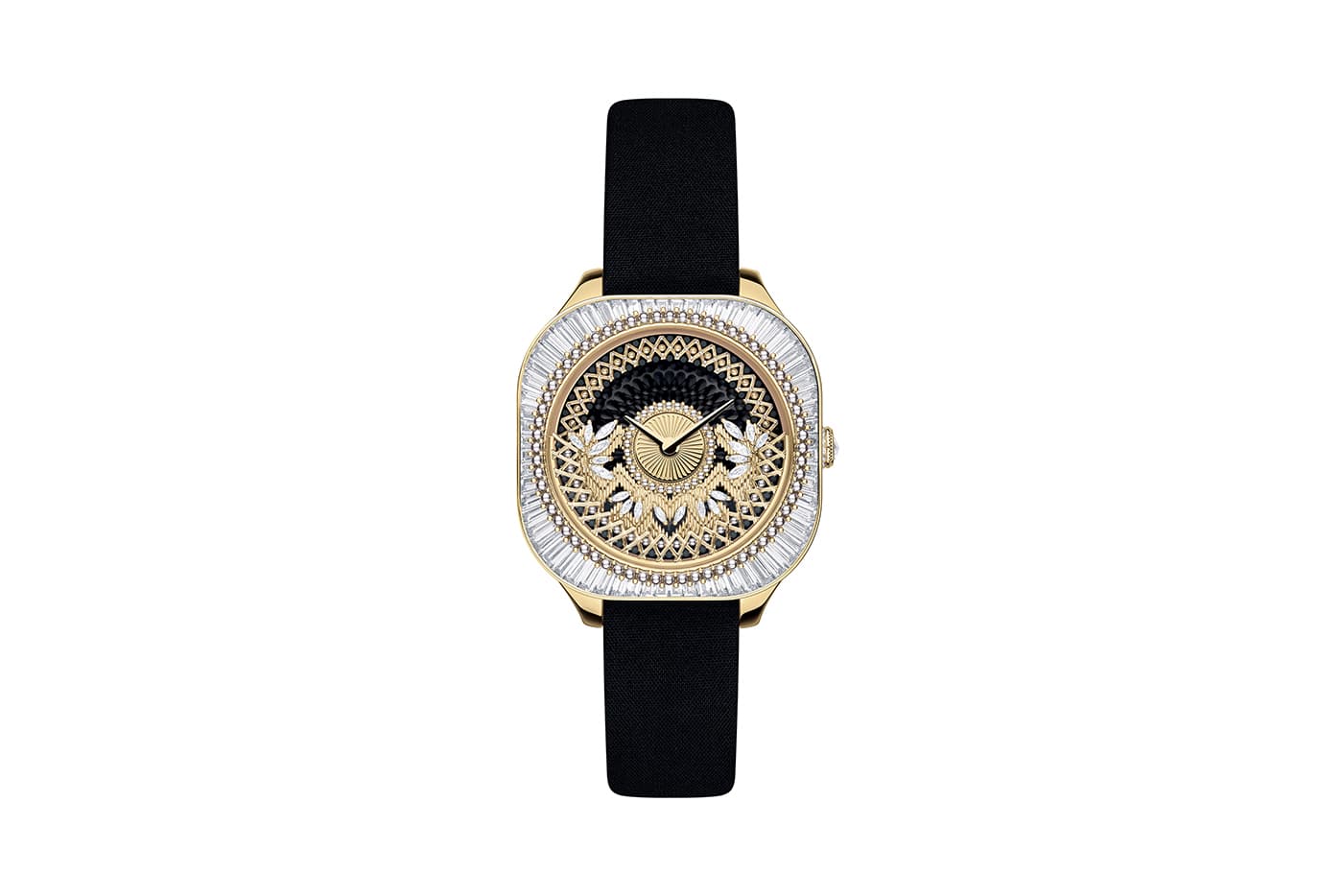 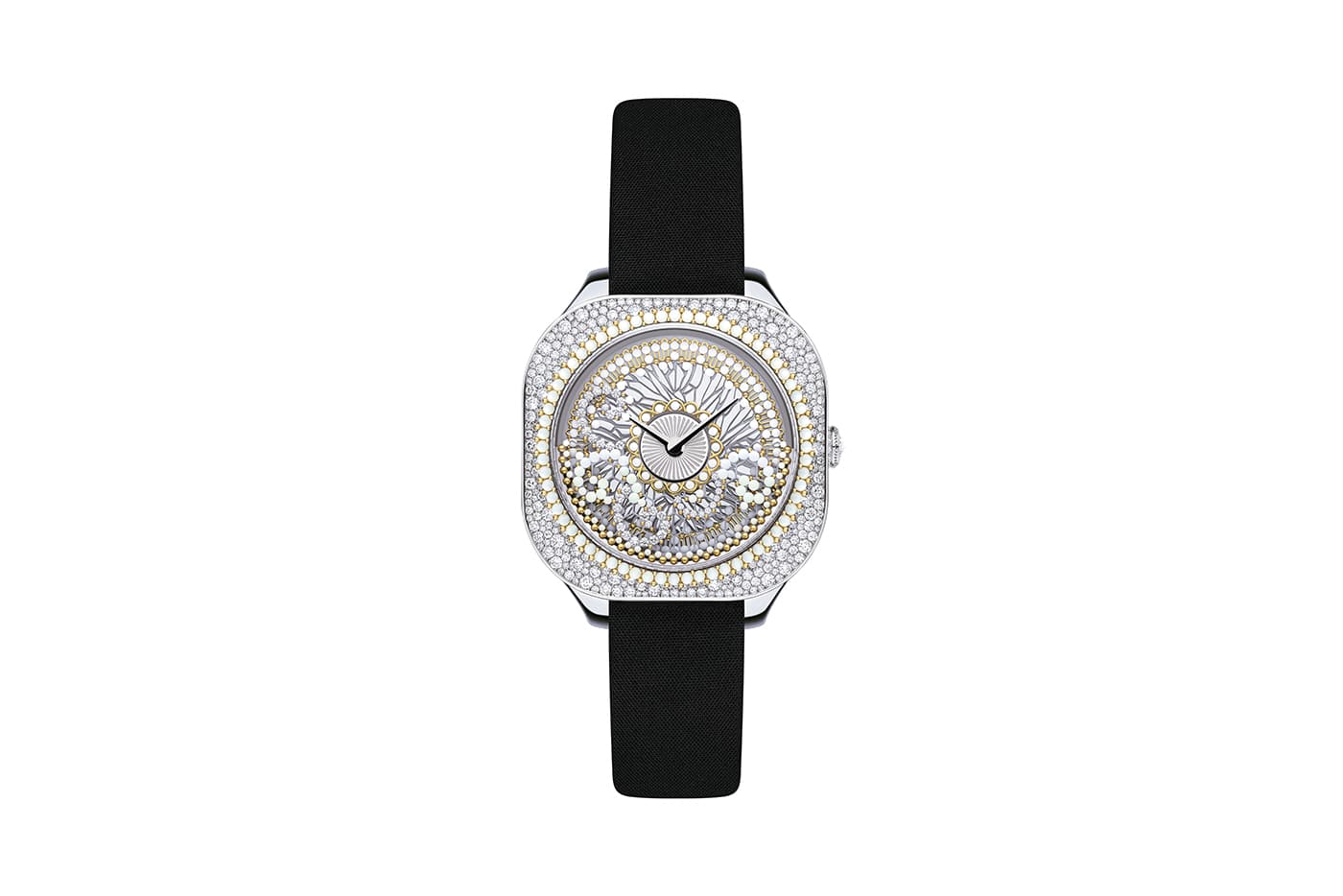 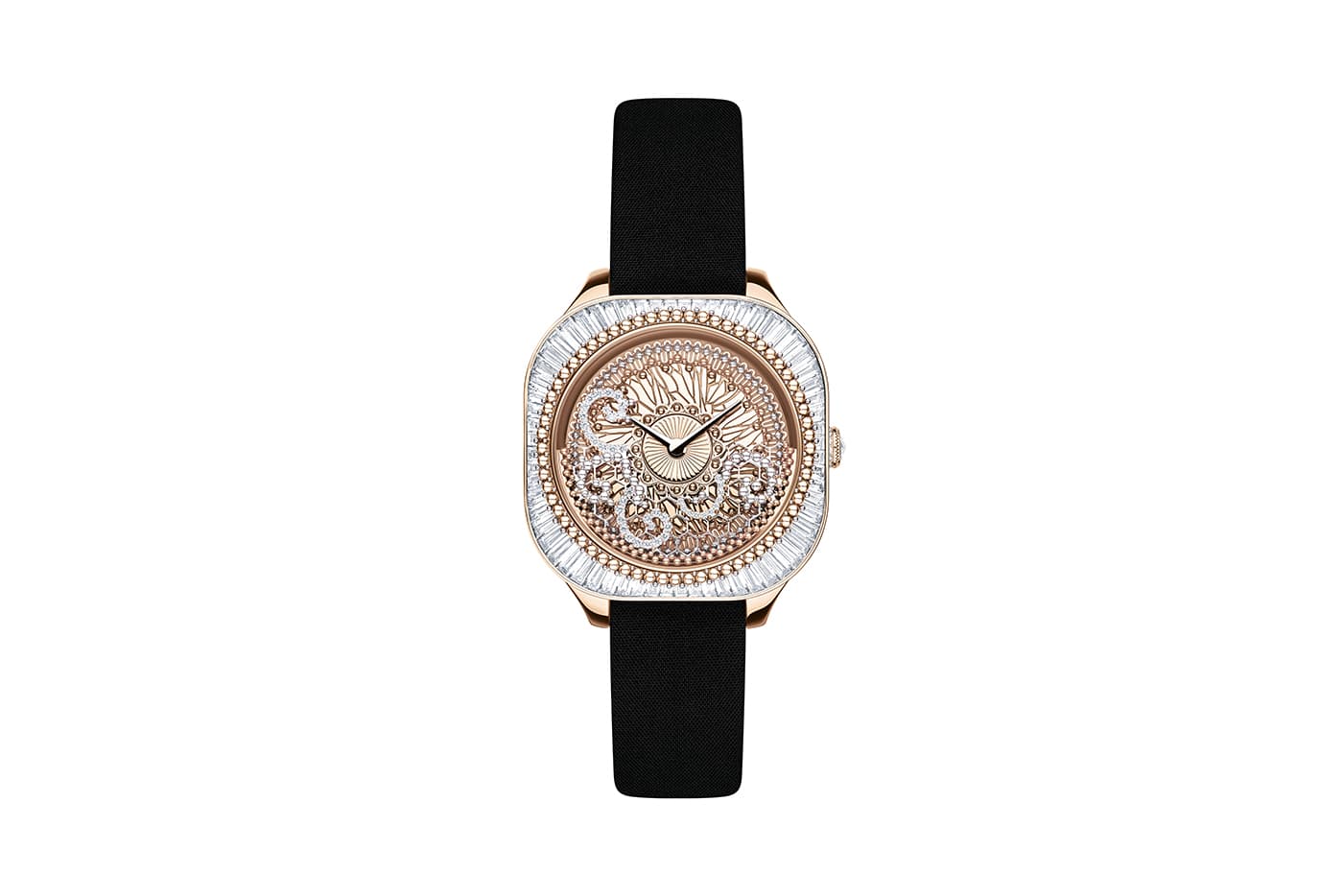 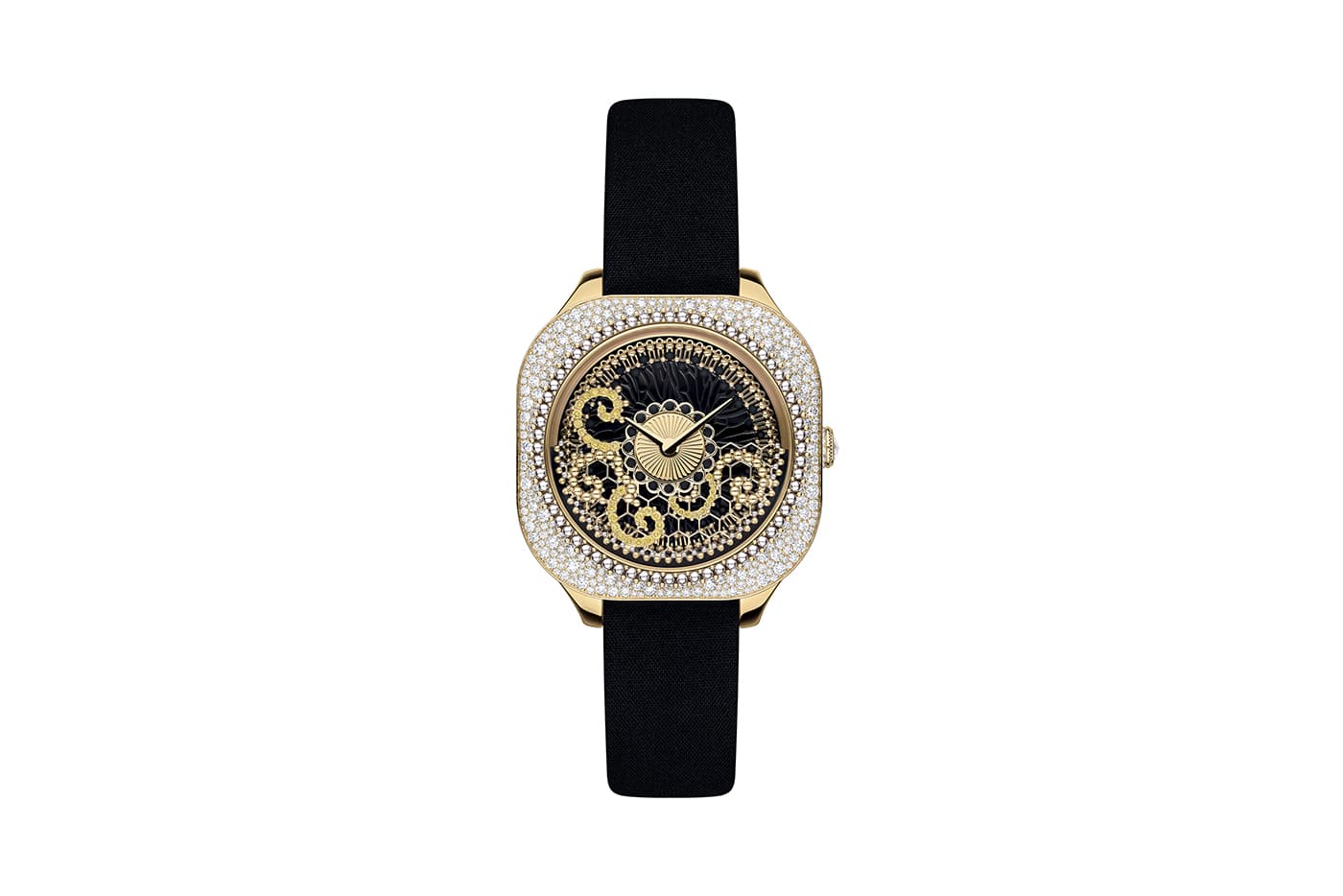 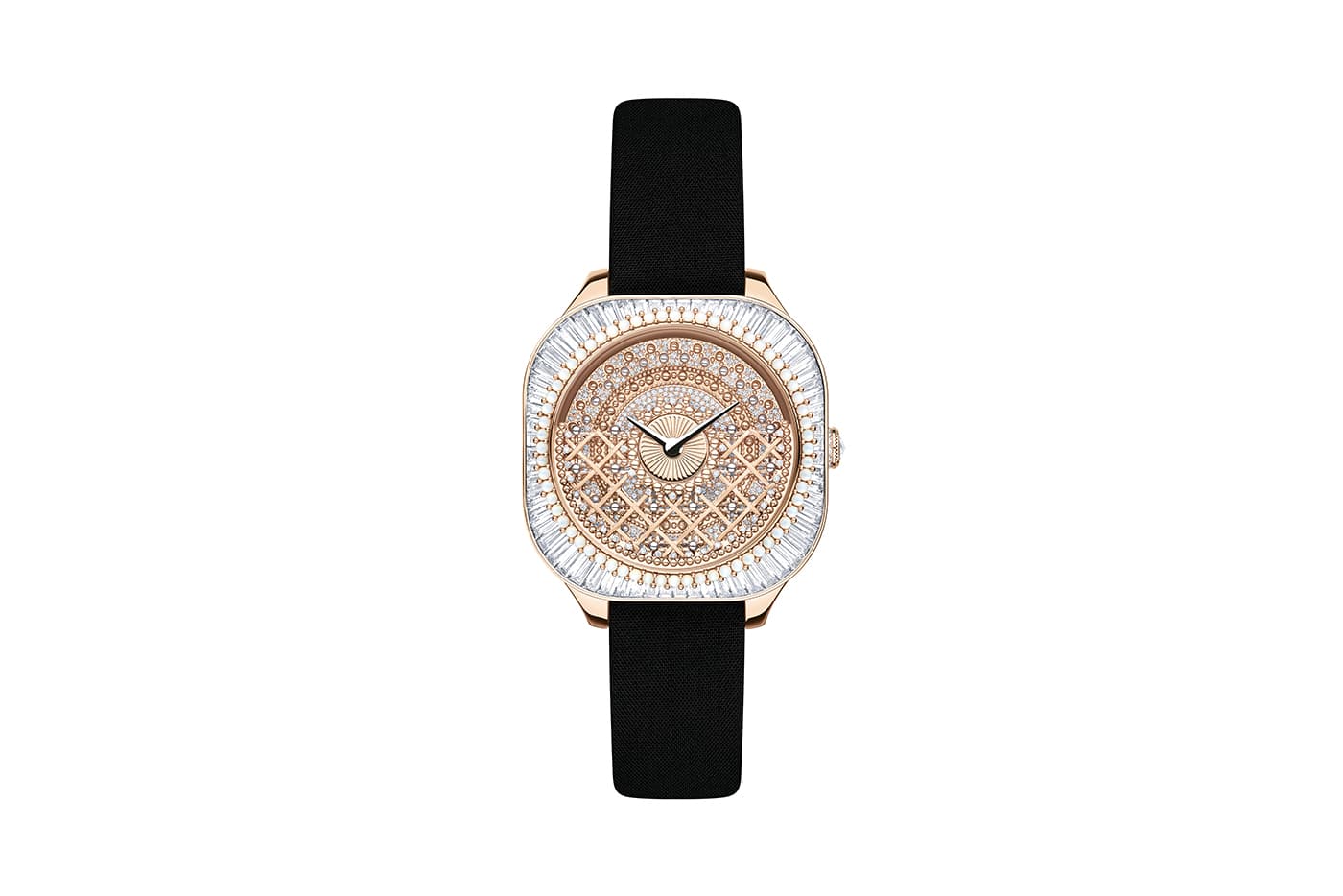 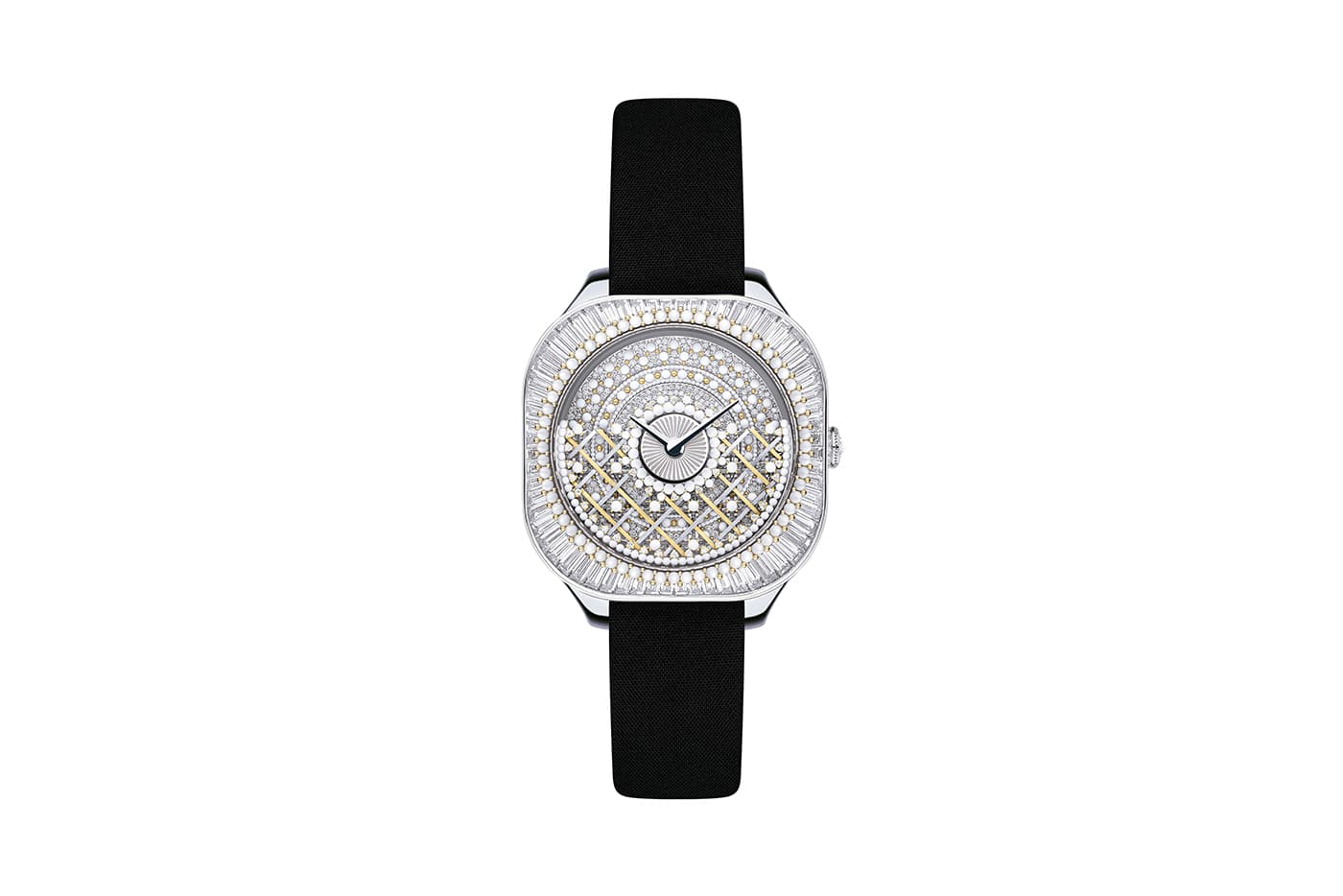 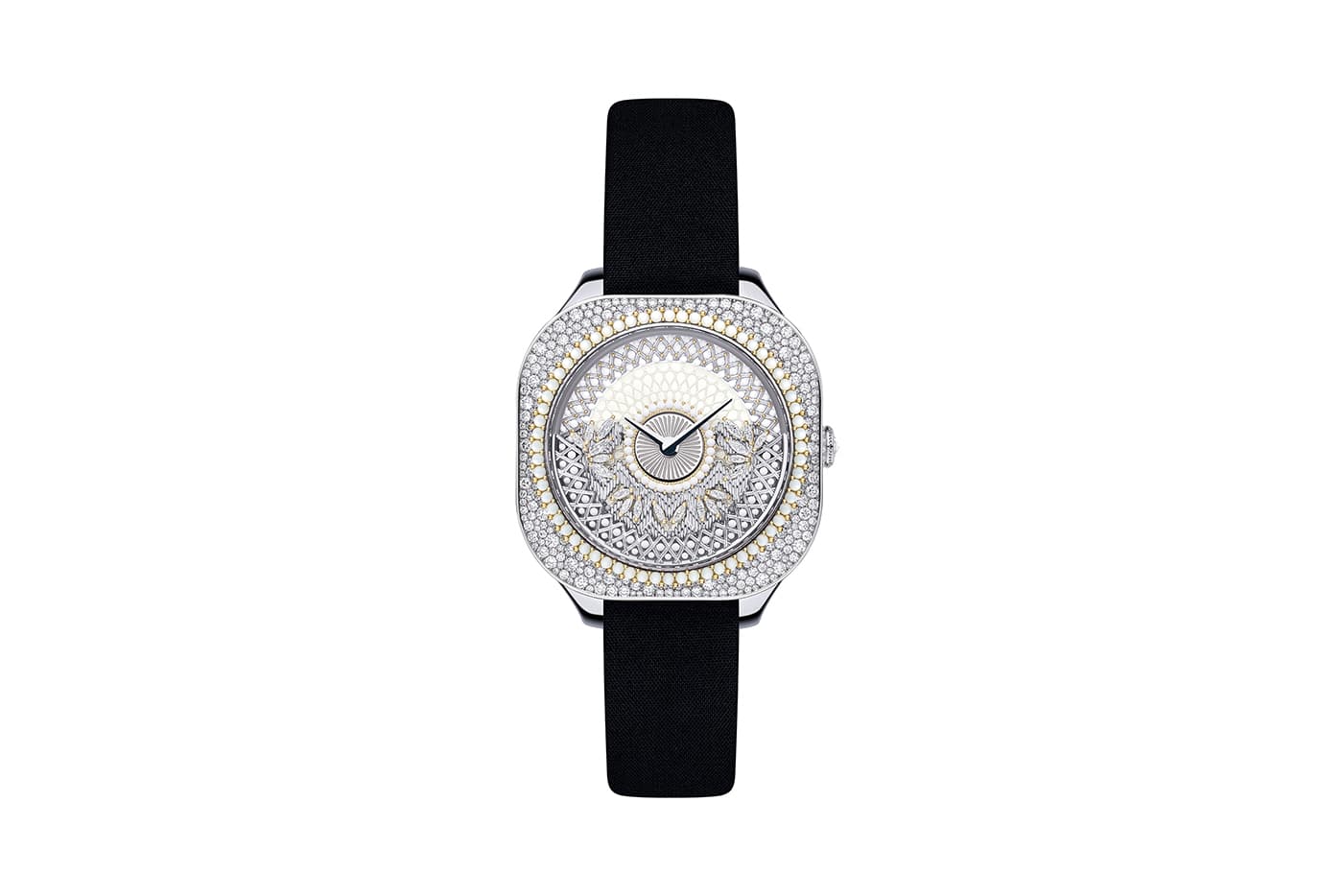 Amazingly, every Dior Grand Bal model is able to withstand immersion of 50 meters and yet remain in pristine working condition. These are true masterpieces of both art and engineering for the mercurial Dior woman!