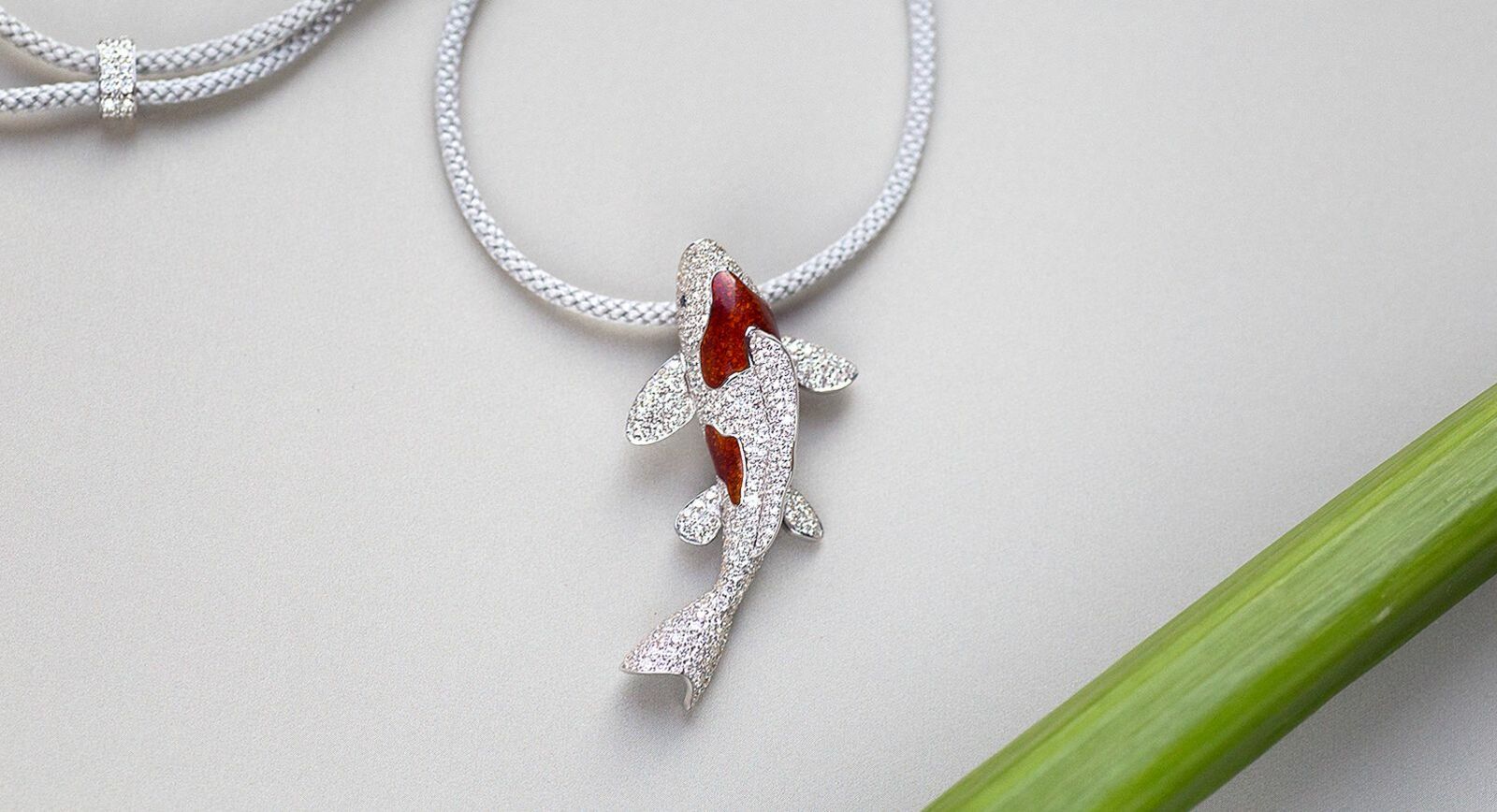 From 4 to 7 October 2019, Hong Kong will host the Fine Art Asia exhibition, the leading exhibition of Asian fine art. It is here that the famous Russian jeweller Ilgiz Fazulzyanov will present his unique collection Mysterious China, each piece of which is a one-of-a-kind work of art.

The Mysterious China collection will not go on sale in Russia where Ilgiz resides so for most connoisseurs of the King of Enamel’s work it could go unnoticed, something which would be extremely unfair, as the collection’s value is unsurpassed. Why? To begin with, I would like to dwell on the subject of the inspiration for the 20 pieces of jewellery included in Mysterious China. As the name implies, they all embody the rich cultural heritage of the Celestial Empire. 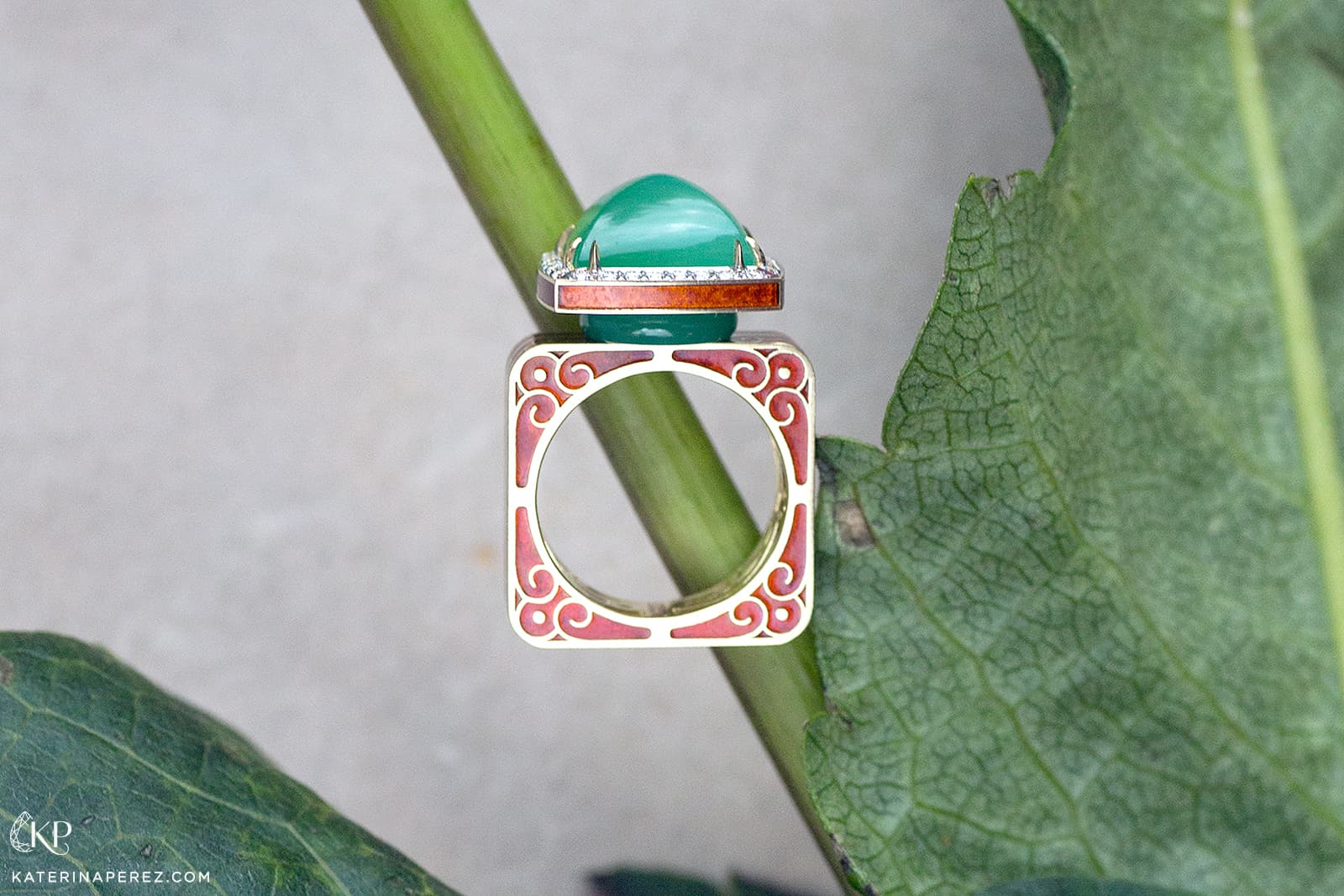 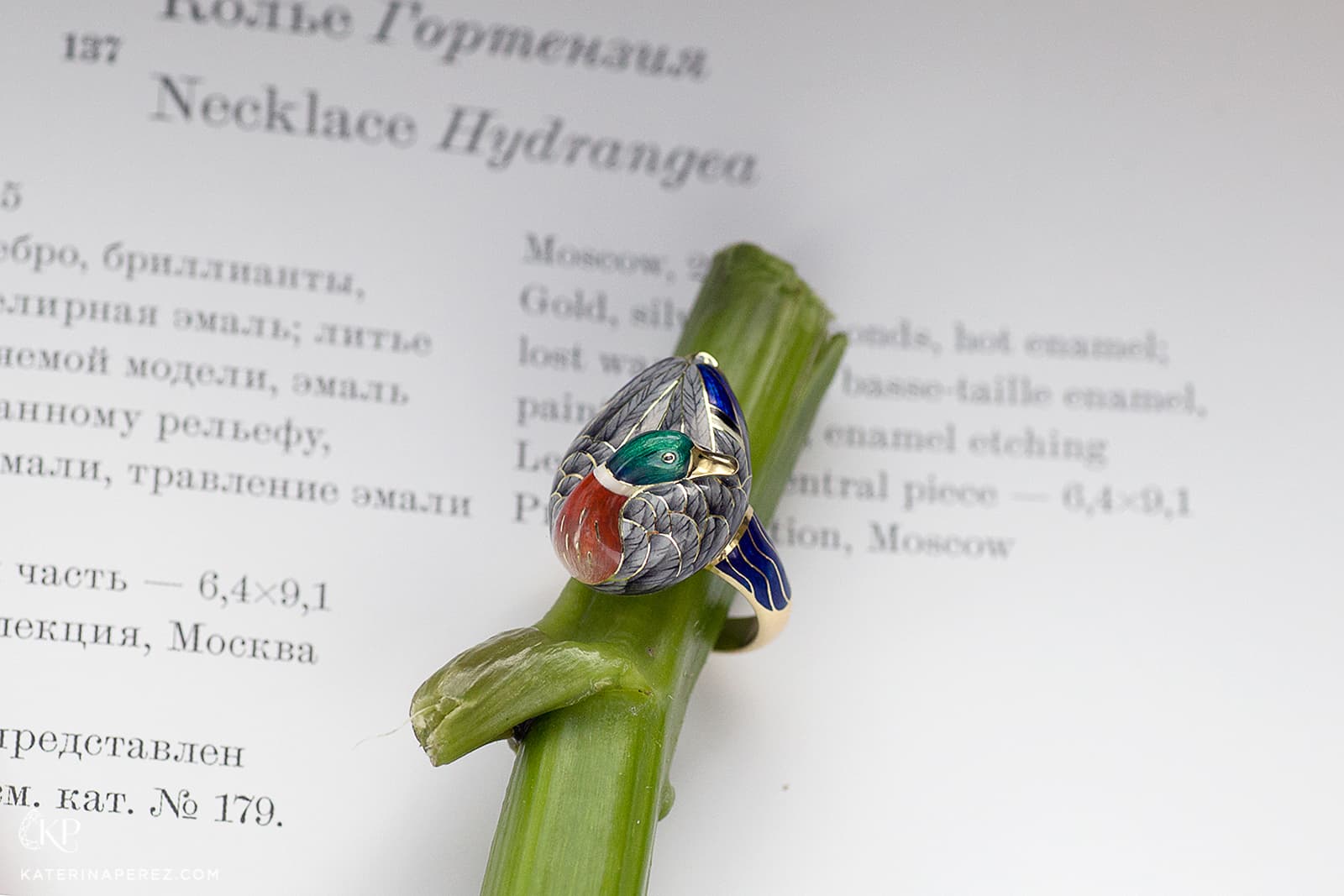 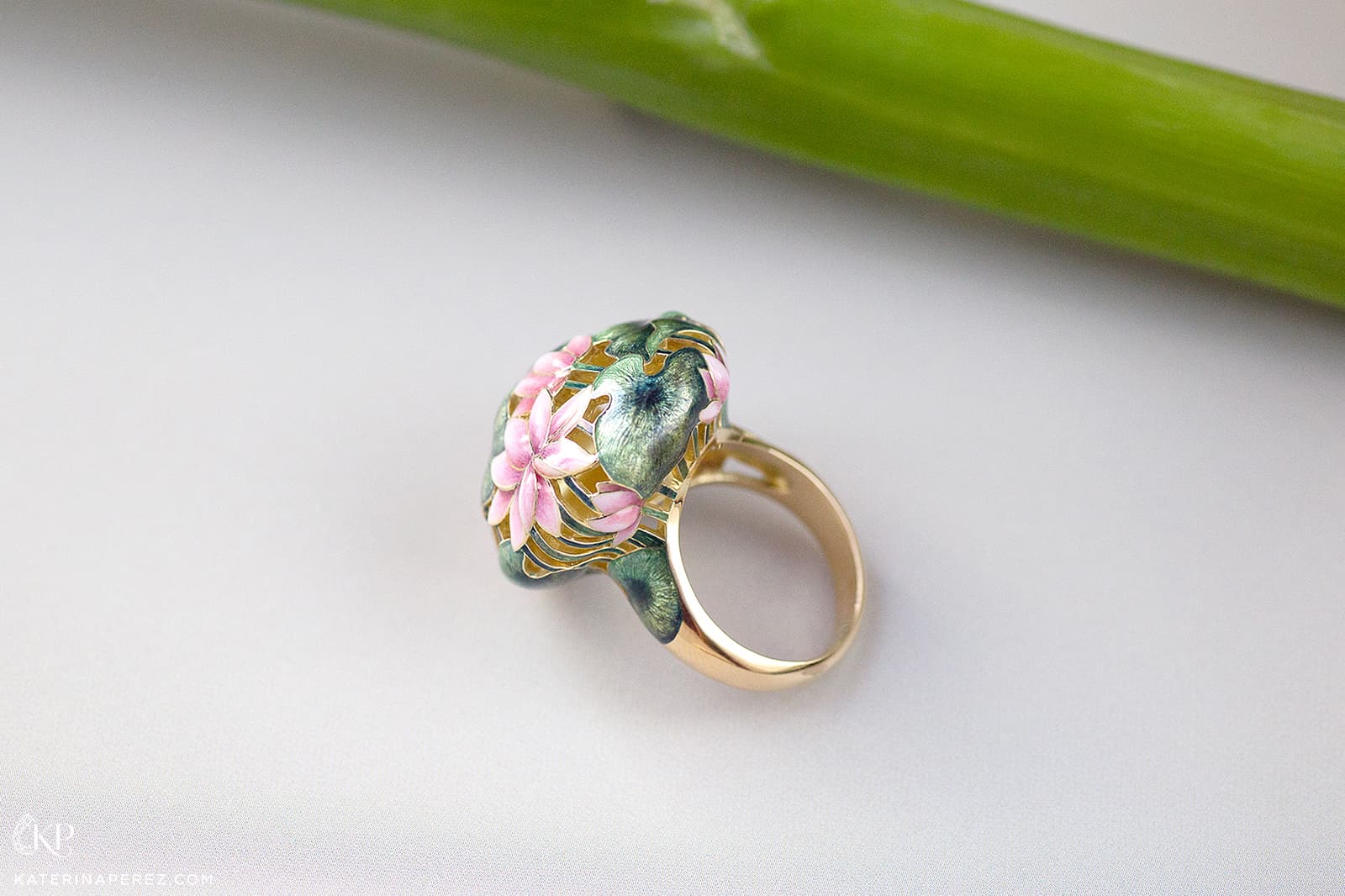 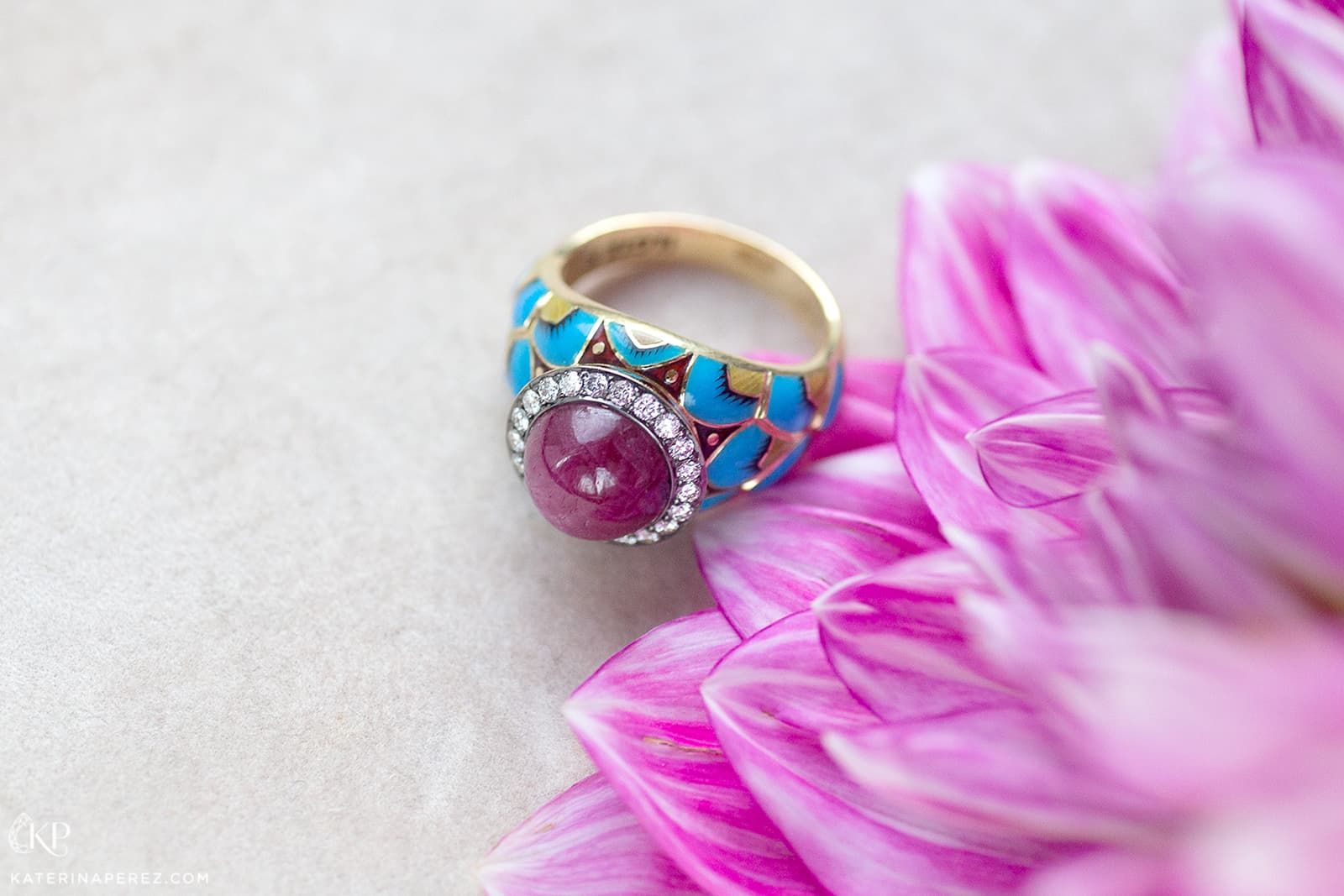 Why such a craving for Asian culture, you ask. Ilgiz presented his work at Fine Art Asia in Hong Kong for the first time last year and, as a creative, curious person whose imagination is constantly looking for recharge, he became very interested in this exotic country. Given that China is radically different from Russia, and since there are so many distinctive creative directions, how could one not be fascinated by it all? 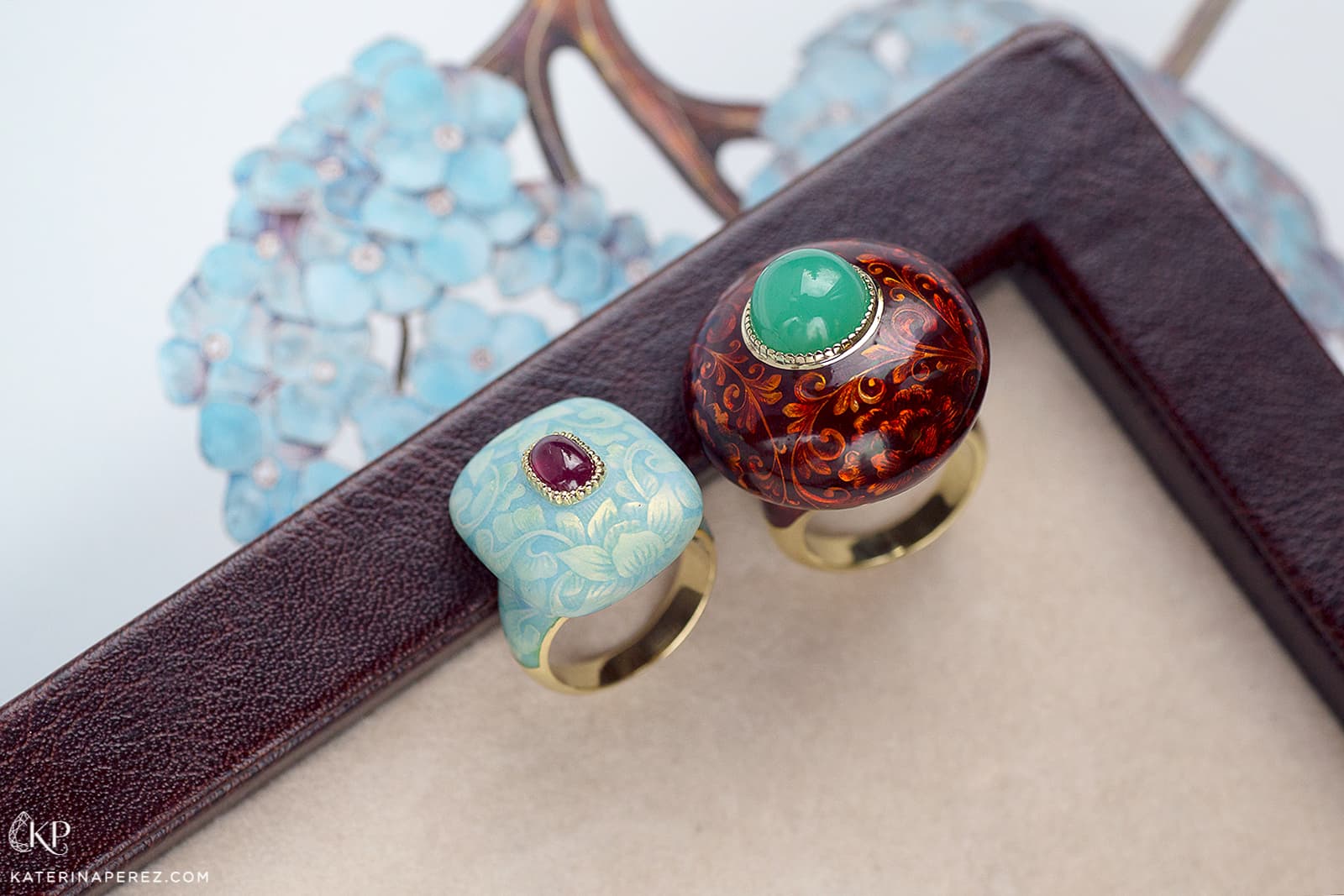 “Mysterious China constantly excites my imagination when I study the variety of crafts of Chinese masters. But to study only the technology was not enough to achieve a deeper understanding of the whole culture of these people. To create these works, I had to study and channel the architecture, graphics, colour palette, Chinese jade carving techniques, enamel coating techniques as well as many other nuances of the richest, cultural heritage country. As a result, I created some designs that even I find fascinating. I am pleased that my perception of this amazing country and people was so accurately reflected in the jewels,” the master himself comments on the new collection. 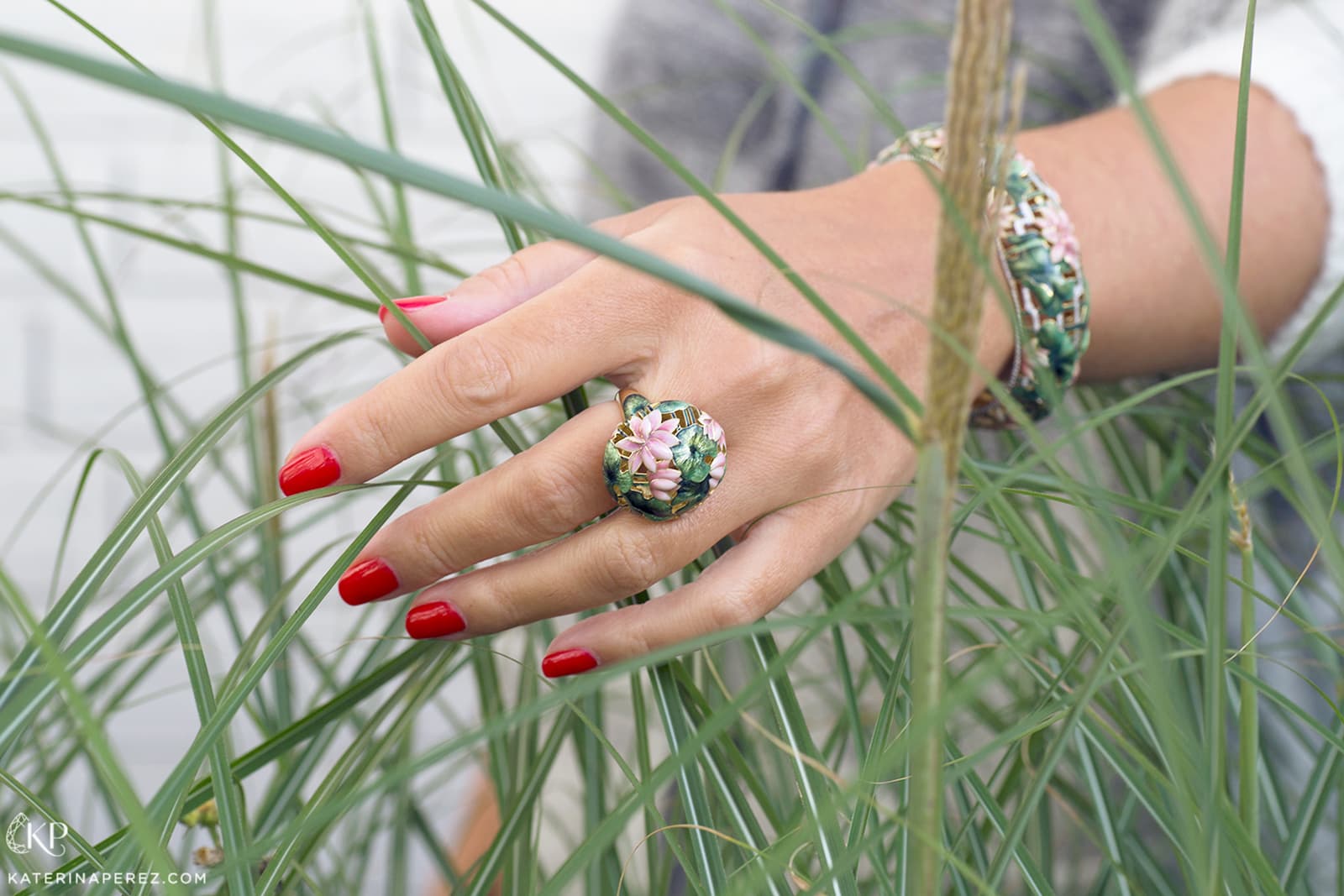 He also admits that the idea and the creation of all the jewellery was completed quite quickly as opposed to the preparation and development of the technical side which took a relatively long time. For 10 months, the enamel master studied all the techniques and technologies that have ever existed in China and form the basis of Chinese culture - applying paint to porcelain, jade and wood carvings, lacquer miniatures, and so on. Then he tried to apply each of these techniques, entirely unrelated to gold and gems, to the manufacture of his pieces, by not just reproducing them in a traditional way, but through the media of precious materials. 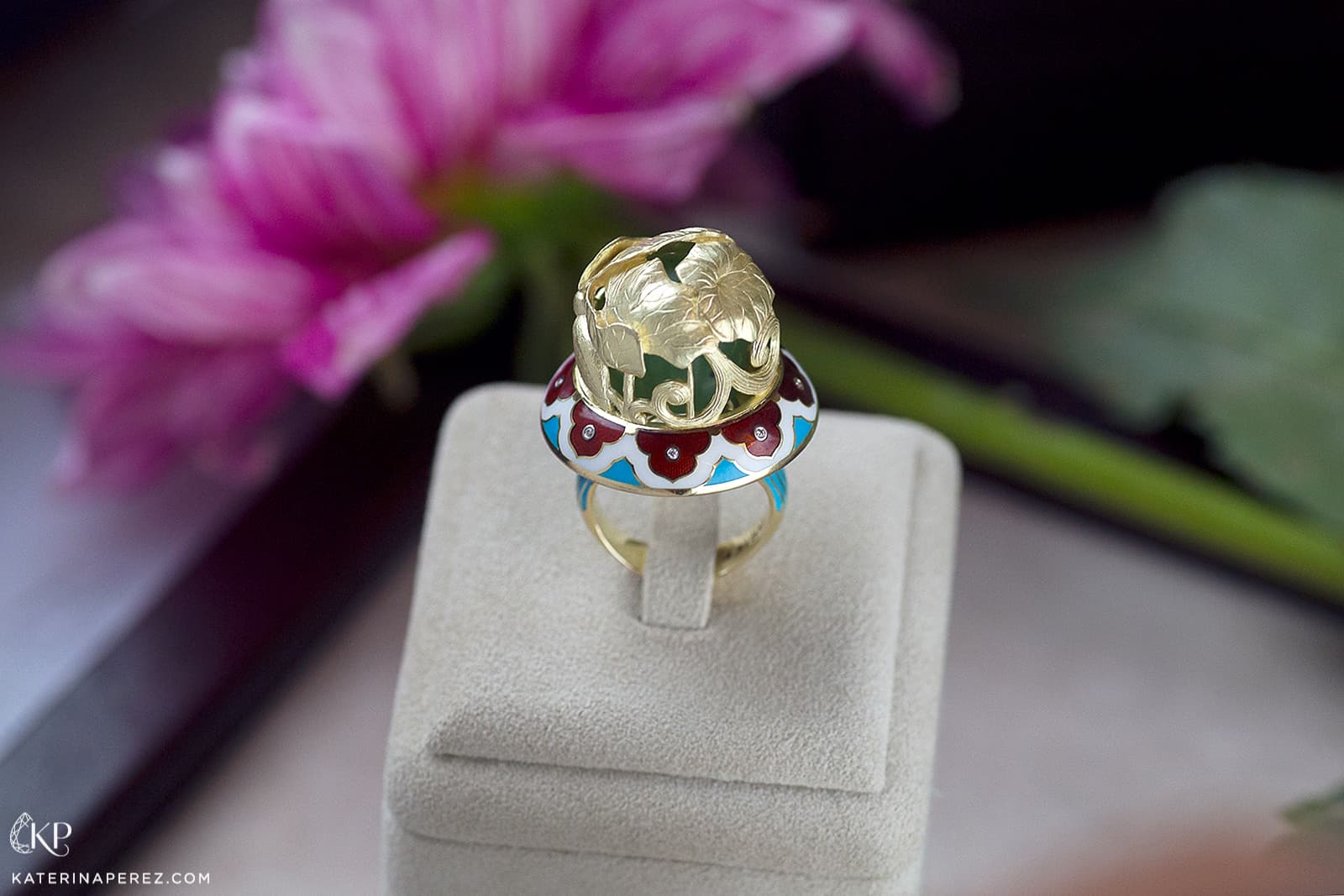 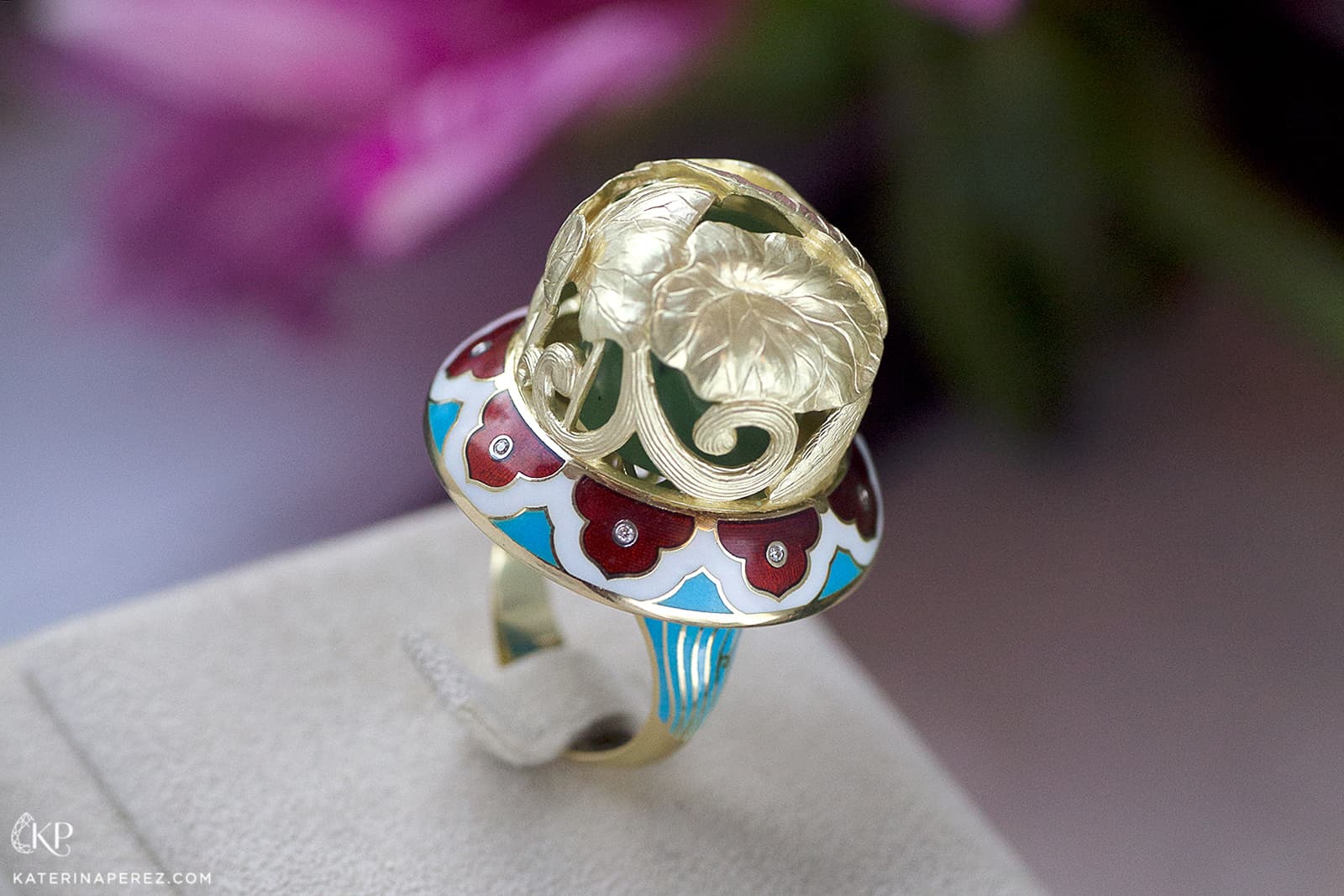 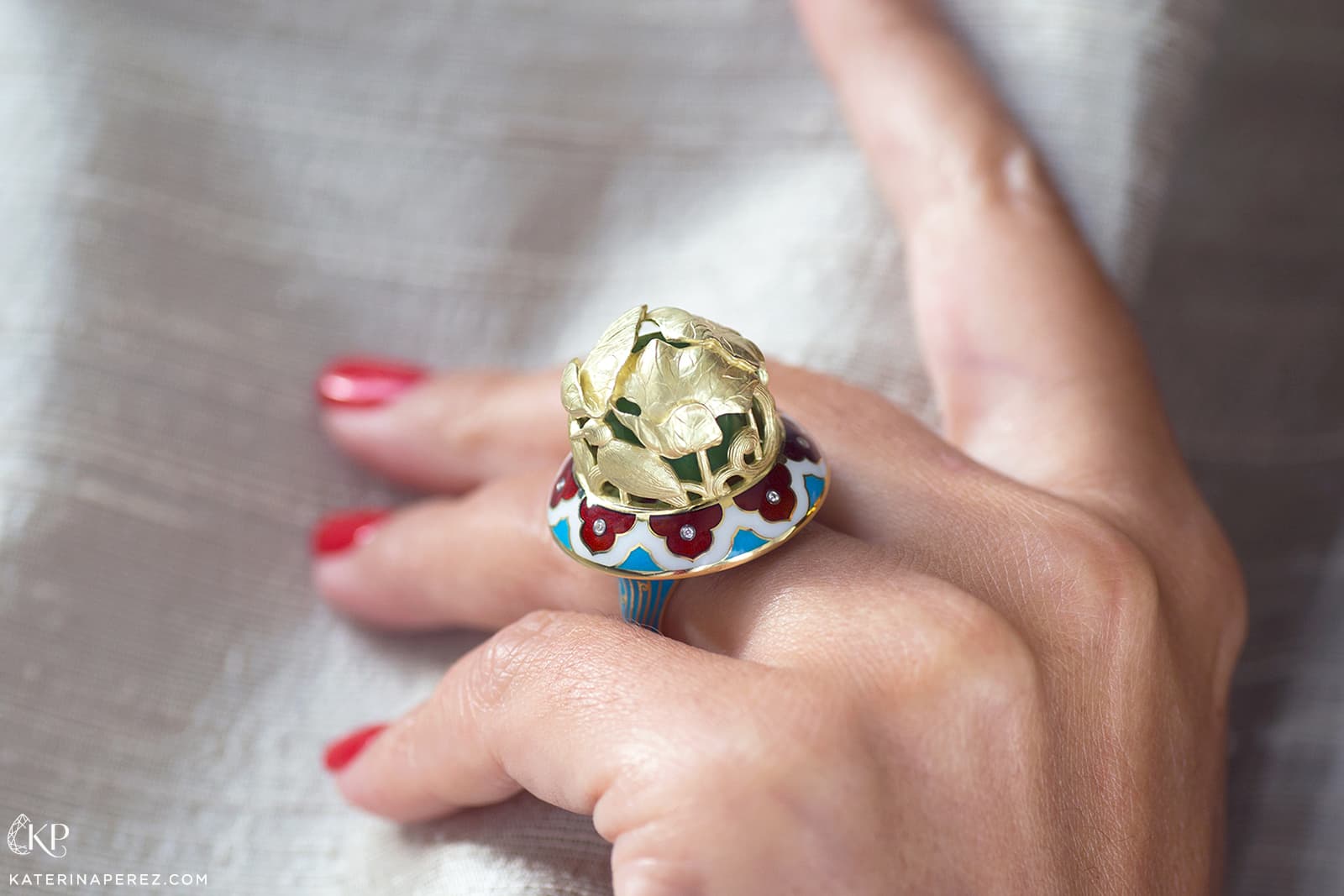 For example, in the ‘Headdress of the Emperor’ ring, the jade carving technique was applied to gold with a convex pattern, and a jade ball placed inside the jewellery became a reference to this precious gem. Incidentally, this ring is technically the most complex creation in the collection precisely because of the time spent on developing the idea. The jade itself also embellished several pieces, either as a polished surface or with decorative carvings, as in the case of the cloud earrings. Among the traditional Asian symbols, you will also find the already recognizable Koi carp as a pendant, which is associated with luck and brings happiness, and a drake ring. 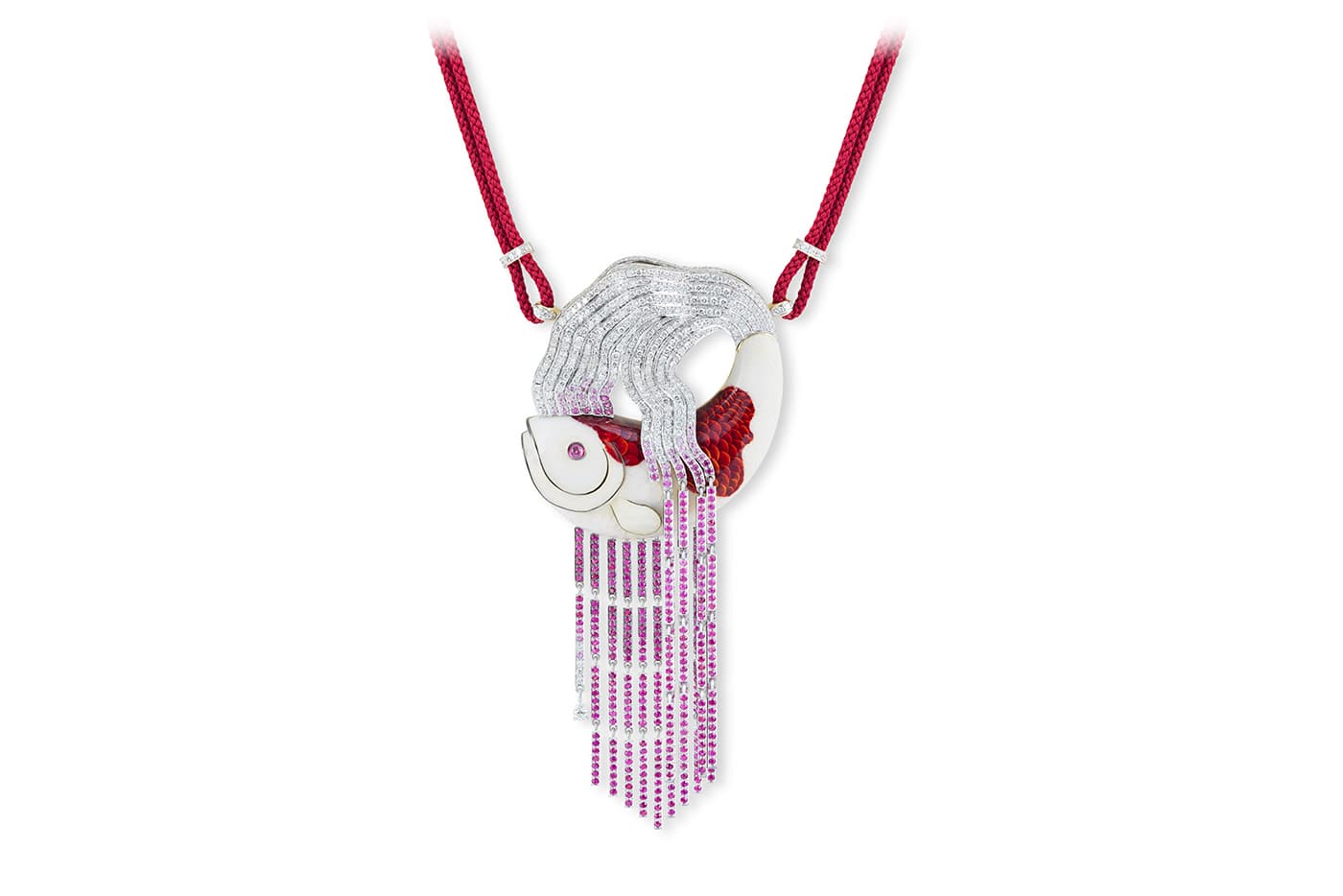 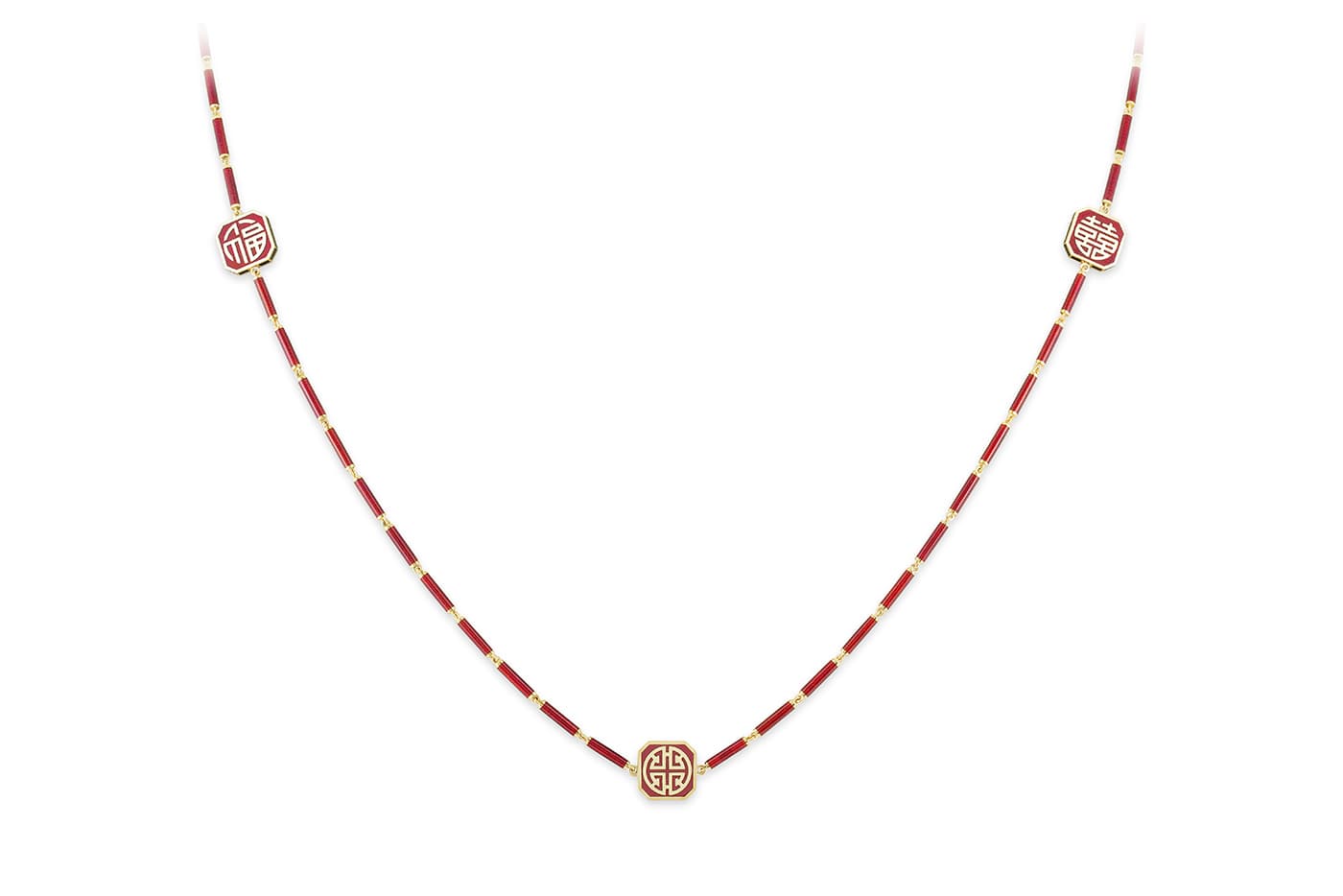 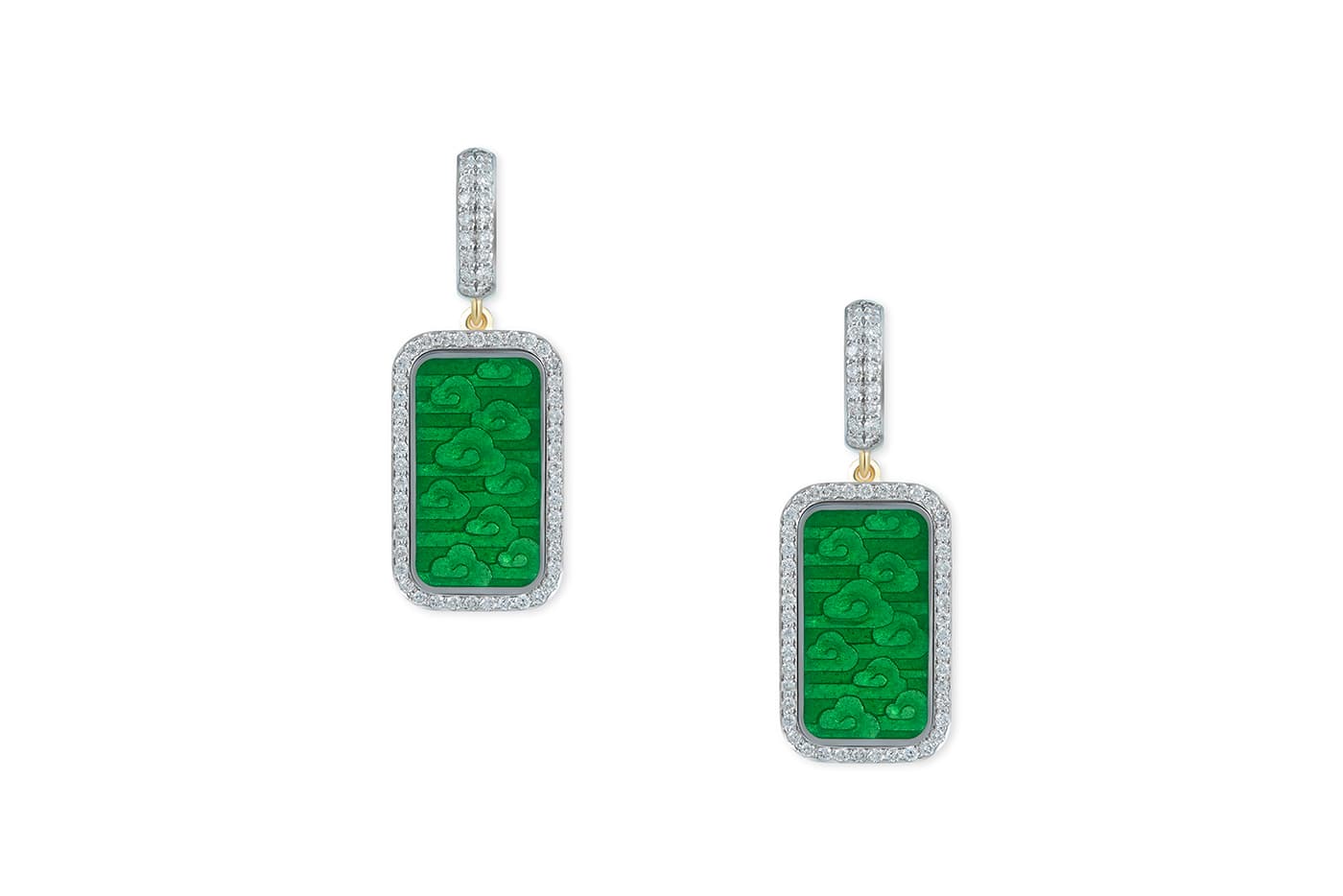 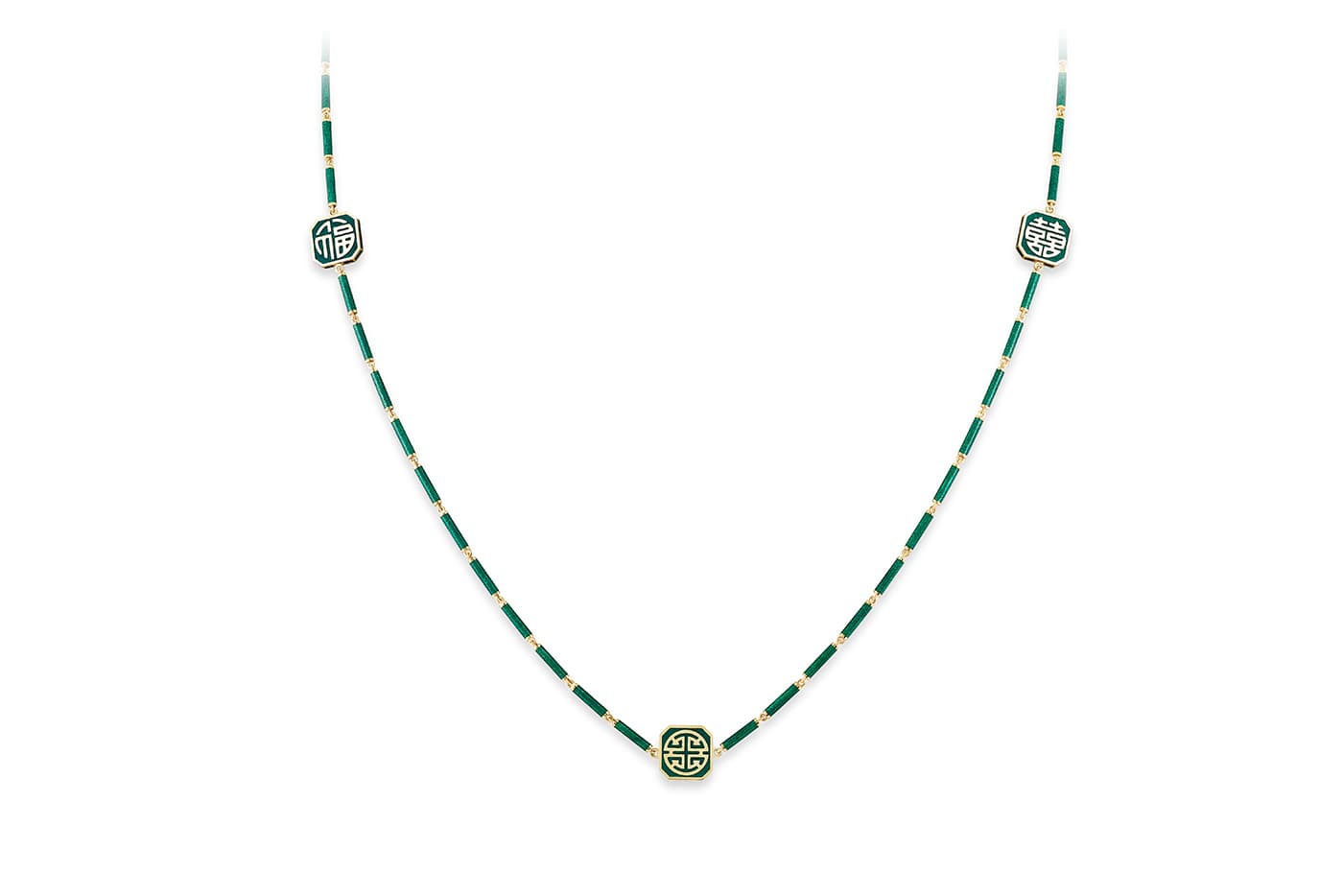 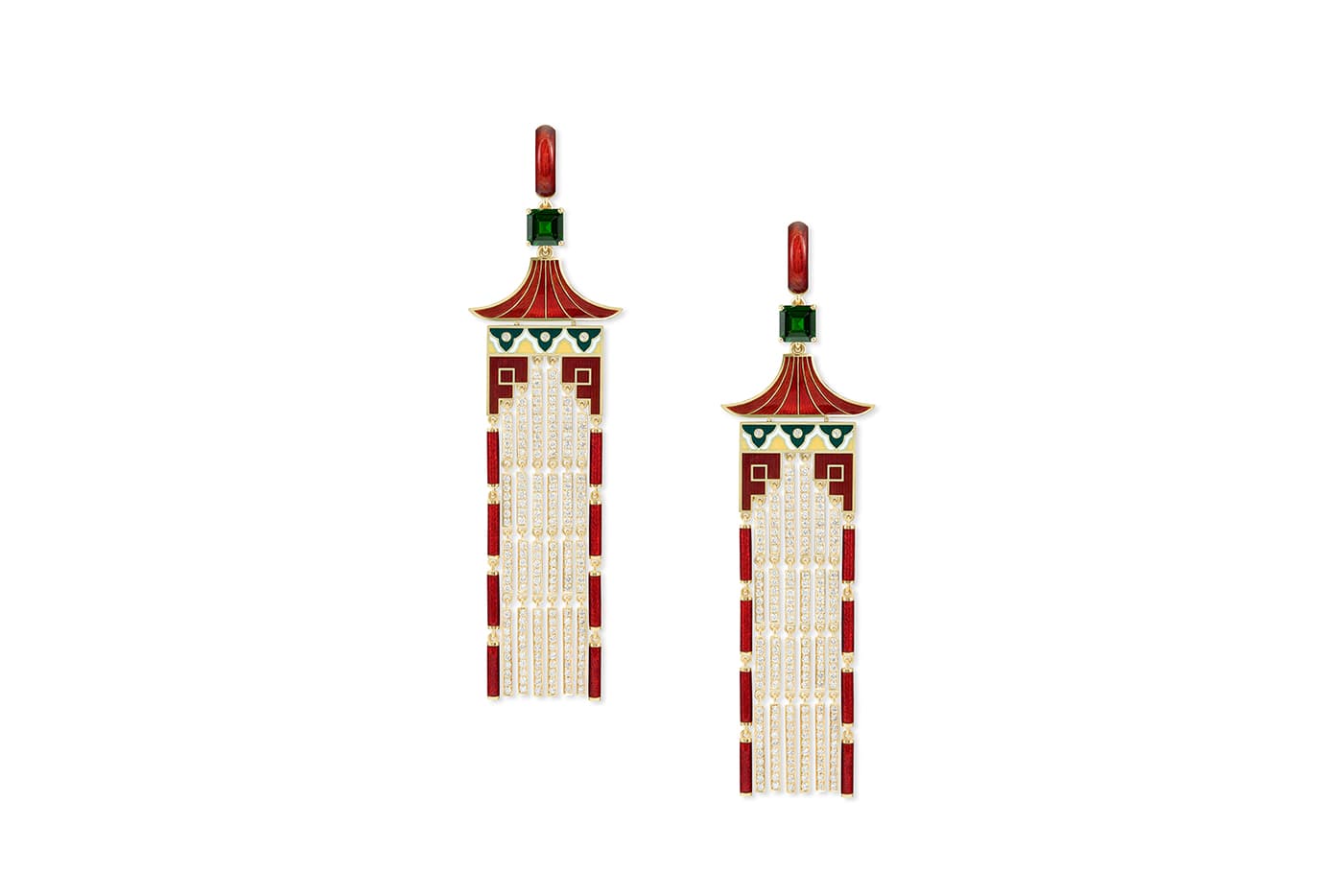 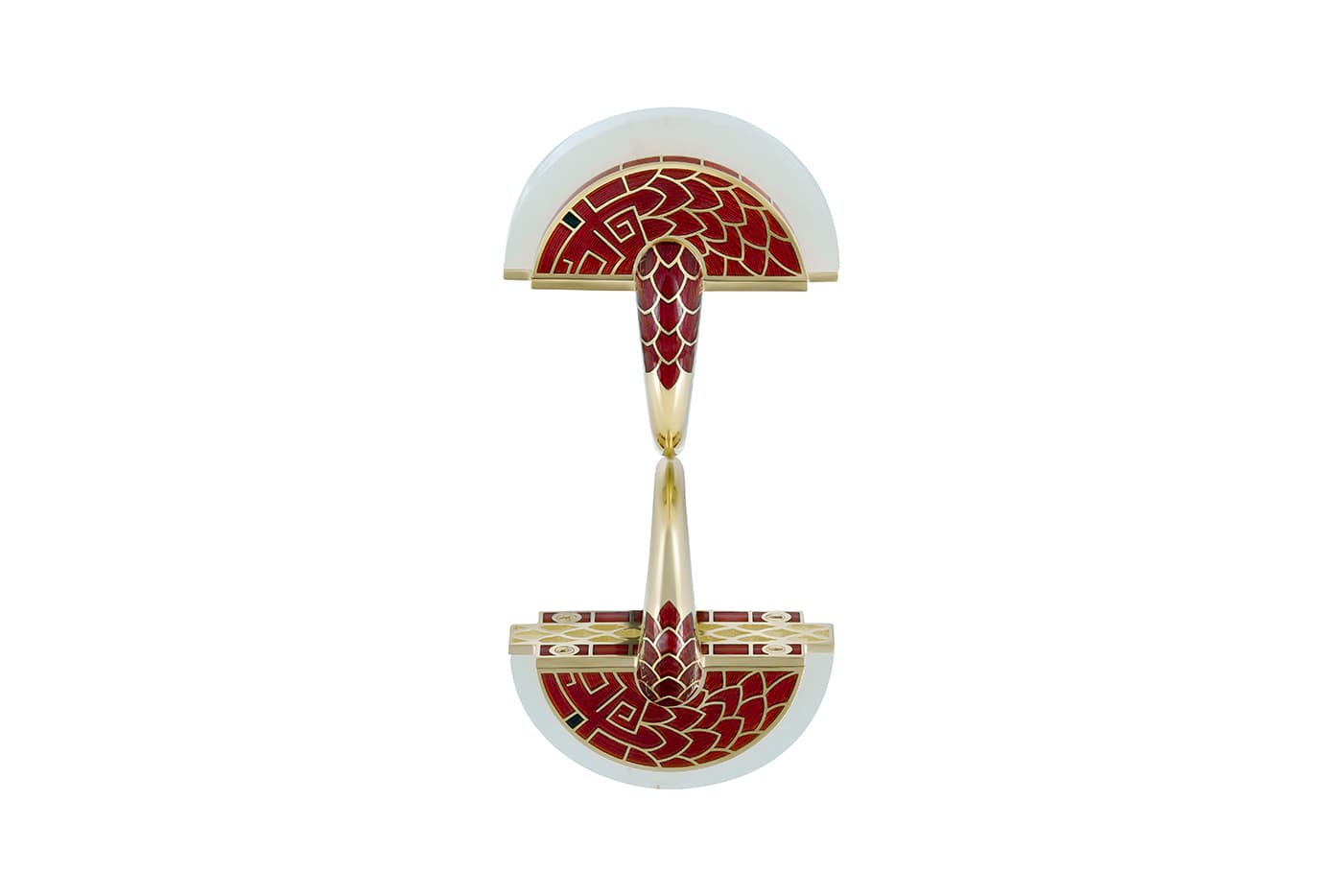 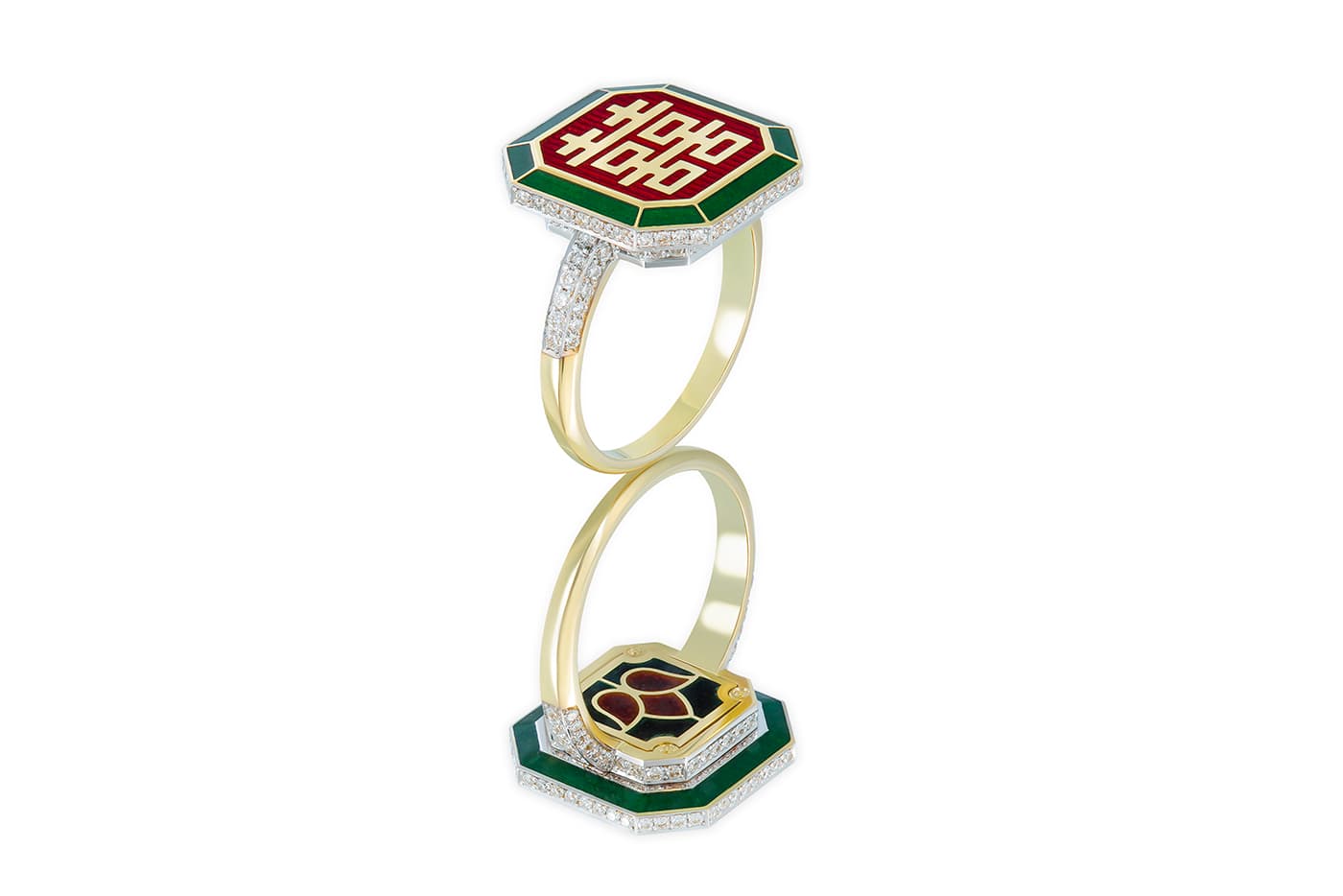 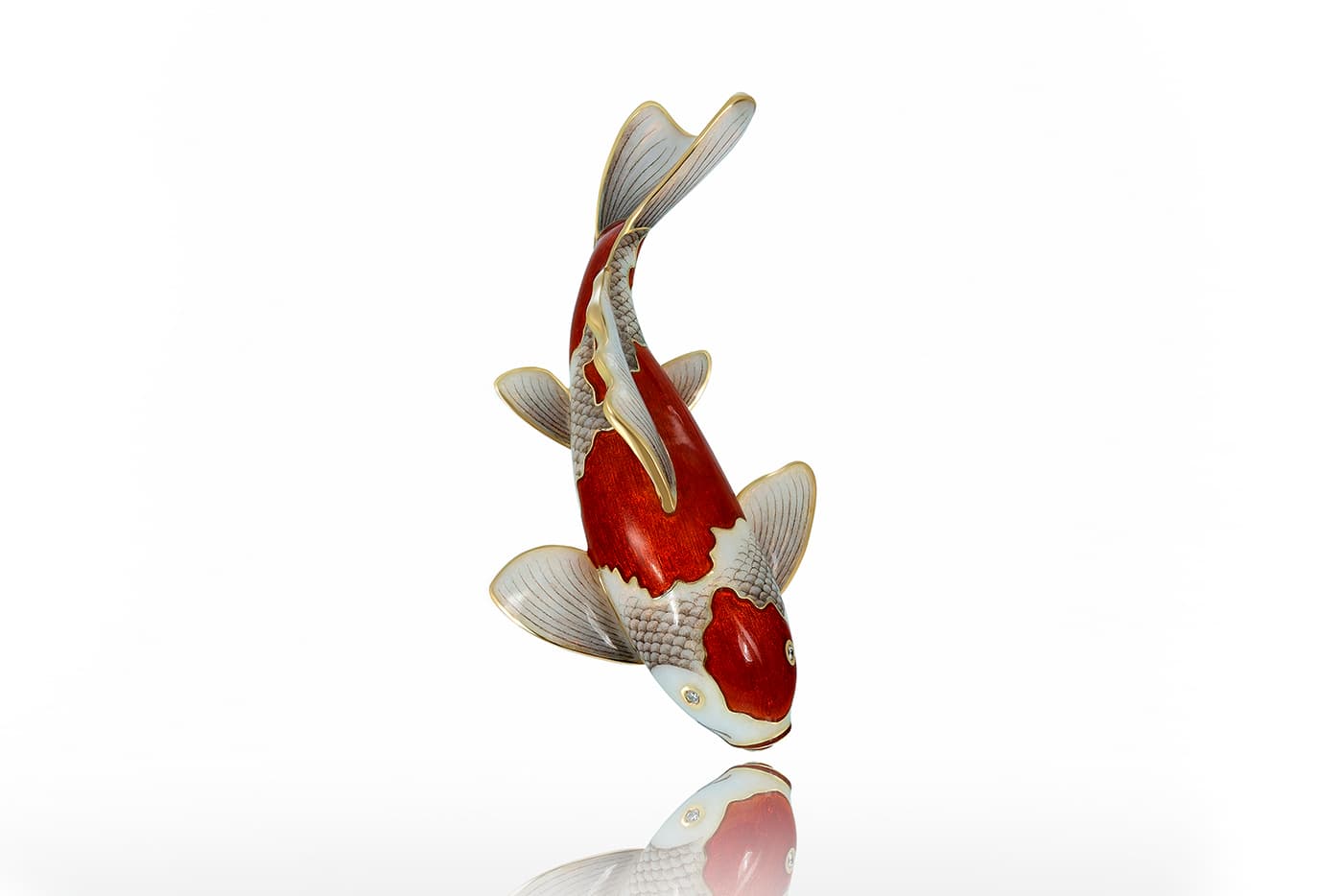 The artistry of Mysterious China is as significant as the comfort of wearing each jewel. For example, when creating the collection, Ilgiz strove to not only make it visually understandable to Asian clientele, but also to “speak” with them in the same language. This was reflected in the colour and size range making jewels both rather dynamic in their colour and quite miniature on the body, as is often admired in Asia. 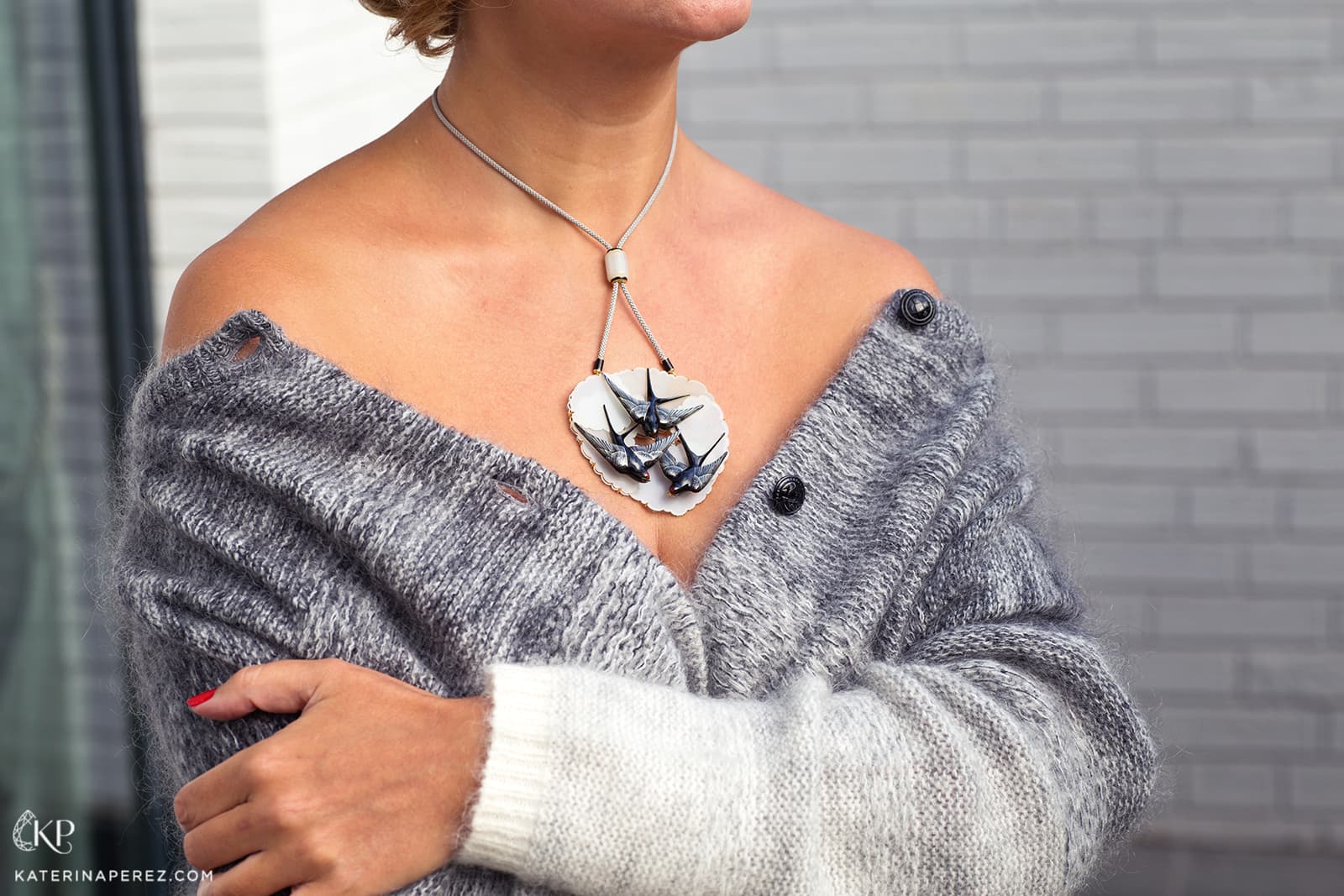 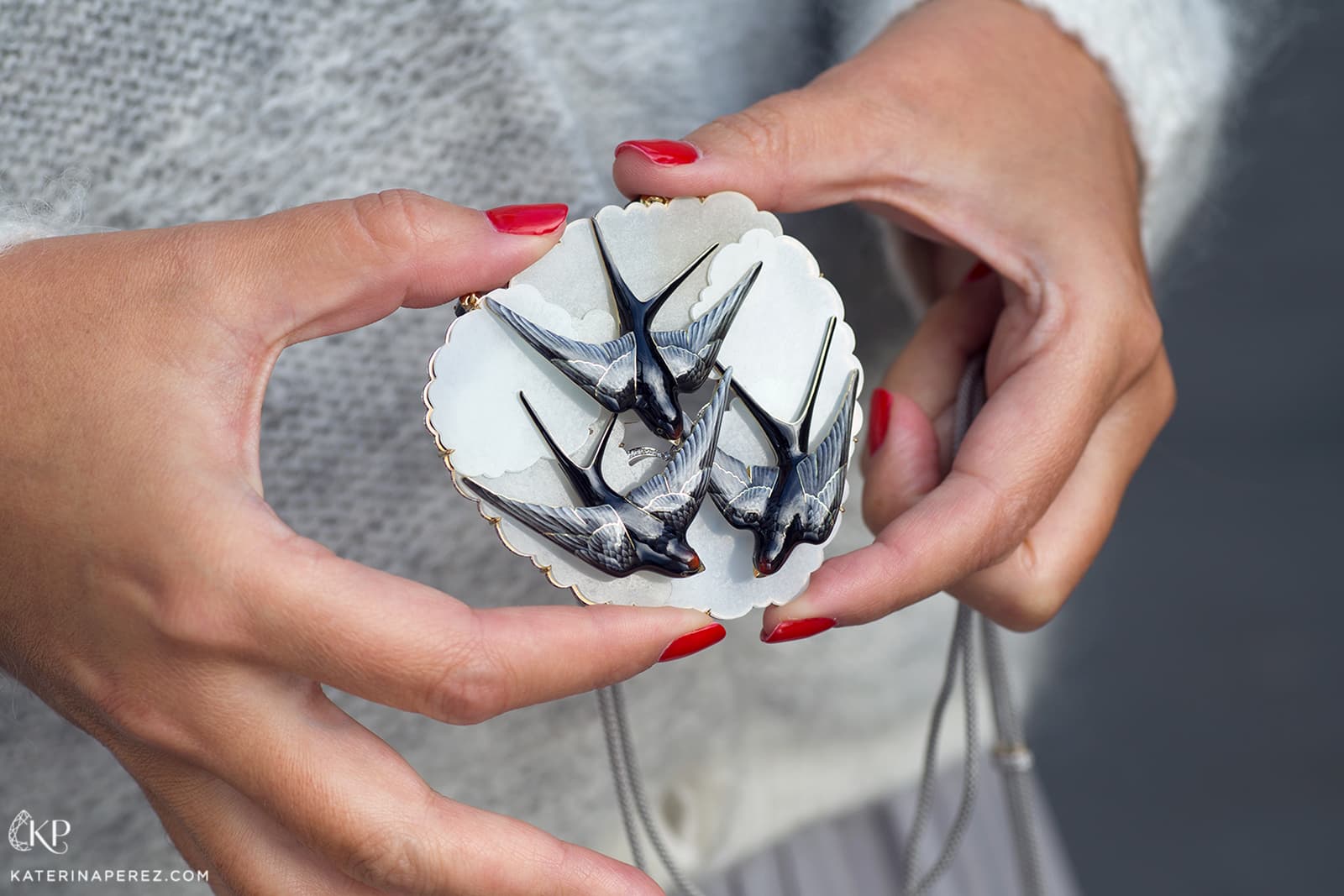 Of course, Ilgiz's signature technique – the use of enamel - was also employed in the collection. It is not a technique that is common in modern Chinese jewellery but the Chinese relate to it with deep reverence because they know that enamel was widely used by their ancestors to make ancient luxury objects. And now, jewellers and connoisseurs of Chinese jewellery art respectfully acknowledge that Ilgiz demonstrates a level of mastery with enamel that they are unable to replicate. 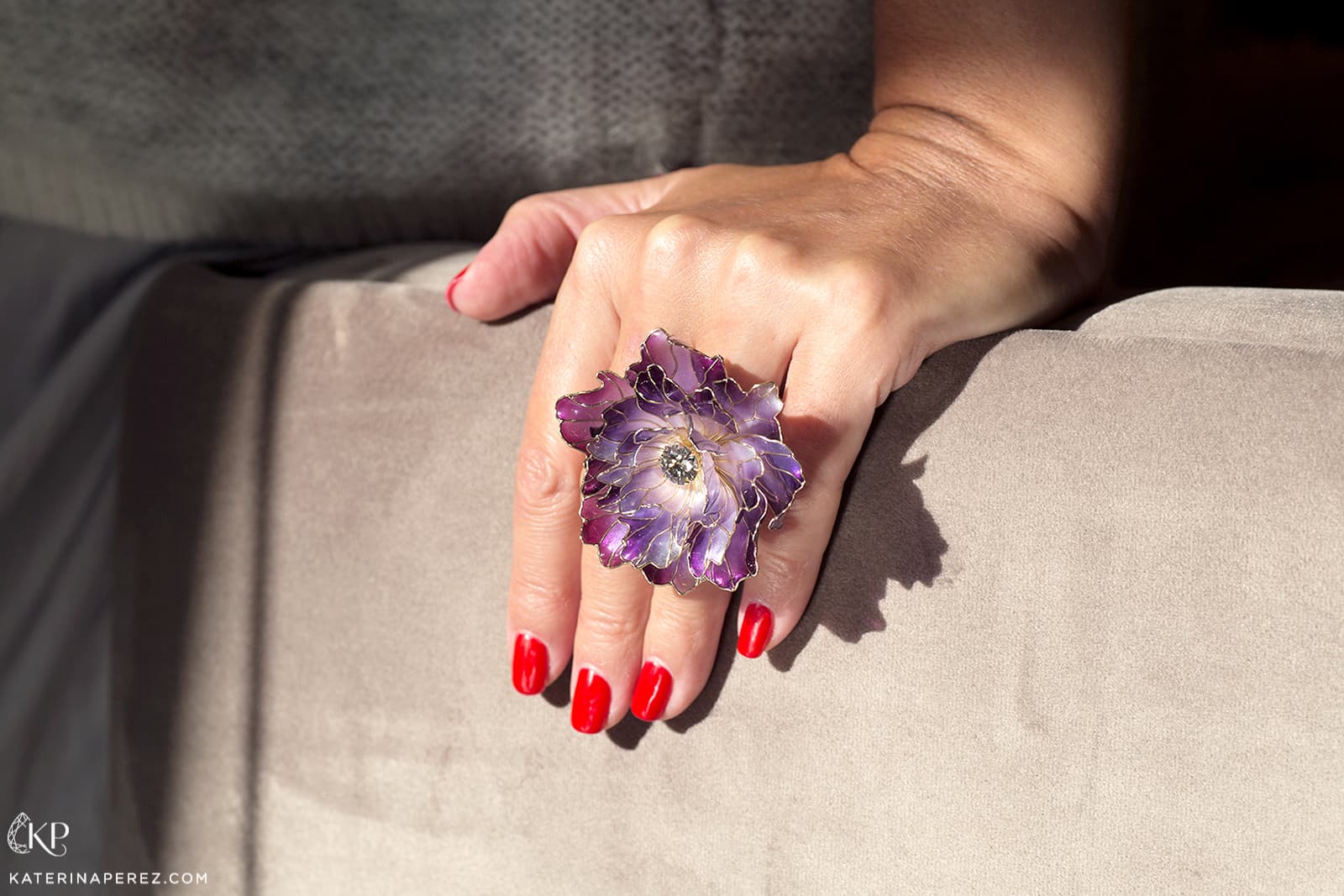 Well, then - very little time is left, and we will soon find out how the audience of the Fine Art Asia exhibition will view Ilgiz’s new collection dedicated to China. Something tells me that it will enjoy a thundering success!