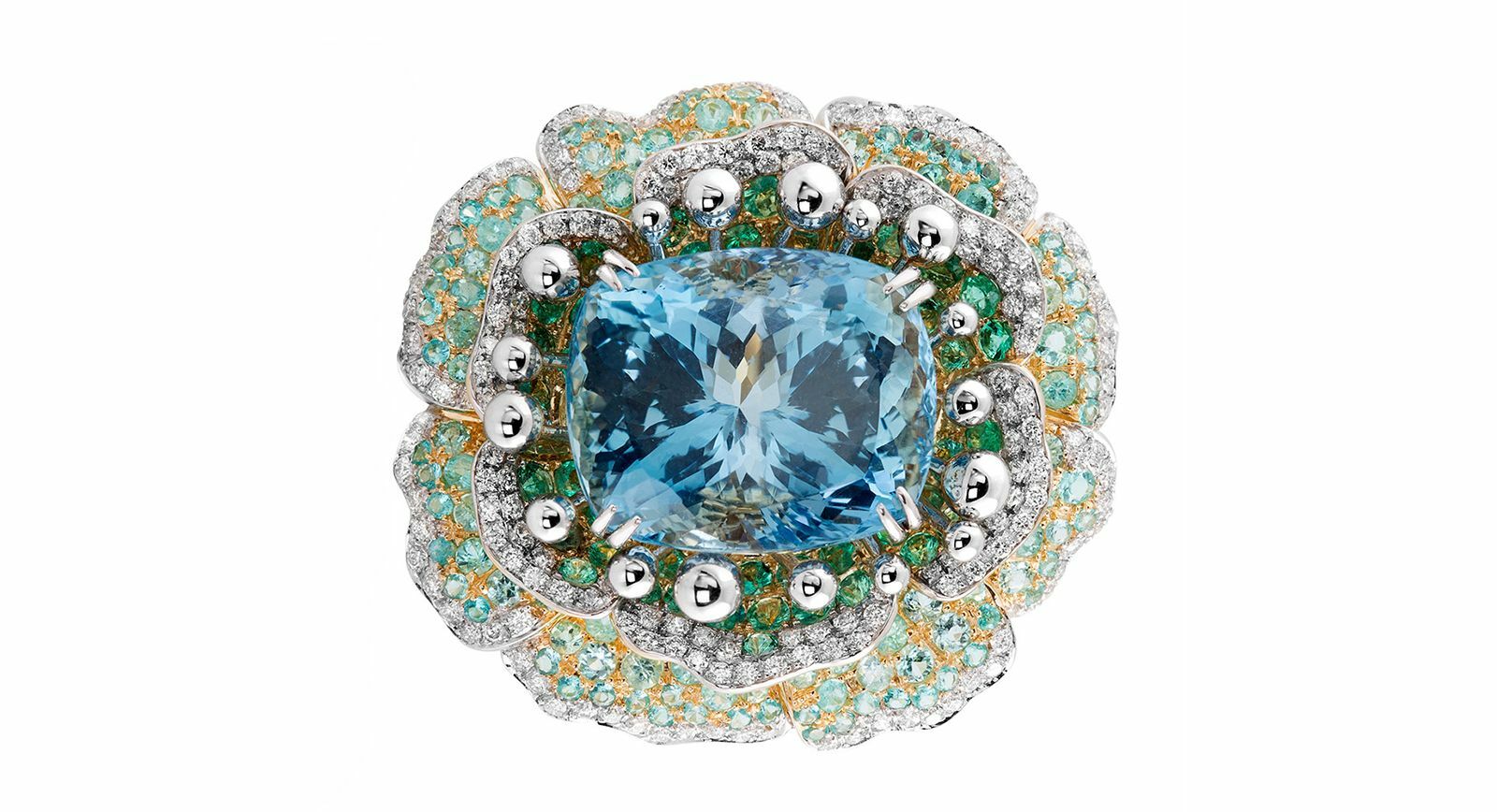 Some Interesting Facts About Aquamarine

Aquamarine, the birthstone for March and a ‘member’ of beryl family consist of silicon, beryllium and aluminium. The colour of this precious stone depends on the level of iron impurities contained within, ranging from pale green, bright green and turquoise to pale blue, dark blue and navy.

In addition to the chemical makeup, the weather and the owner’s mood can also be dictated by the colour of the gemstone. It is this property that meant the stone was used as an alternative barometer in the ancient world: if it turned cloudy and green this was an unmistakeable sign that a storm or a gale was on the way, and if the stone turned the colour of blue skies, it meant the owner was in a bad mood.

Aquamarine is not uncommon as precious stones go, and large specimens are often found. There are deposits in India, the USA, South Africa and the Urals, but the biggest piece of aquamarine, weighing more than 100kg, was found in Brazil. The biggest example of faceted aquamarine is an oval stone weighing in at a massive 2594 carats! It is worth noting that, considering how hard the stone is (7.5-8 on the Mohs scale) aquamarine is known for being light and fragile. Even though fragility can hardly be regarded as the gem’s advantage, aquamarine’s lightness makes for striking and impressive pieces of individual jewellery which can be not only exhibited but also worn. 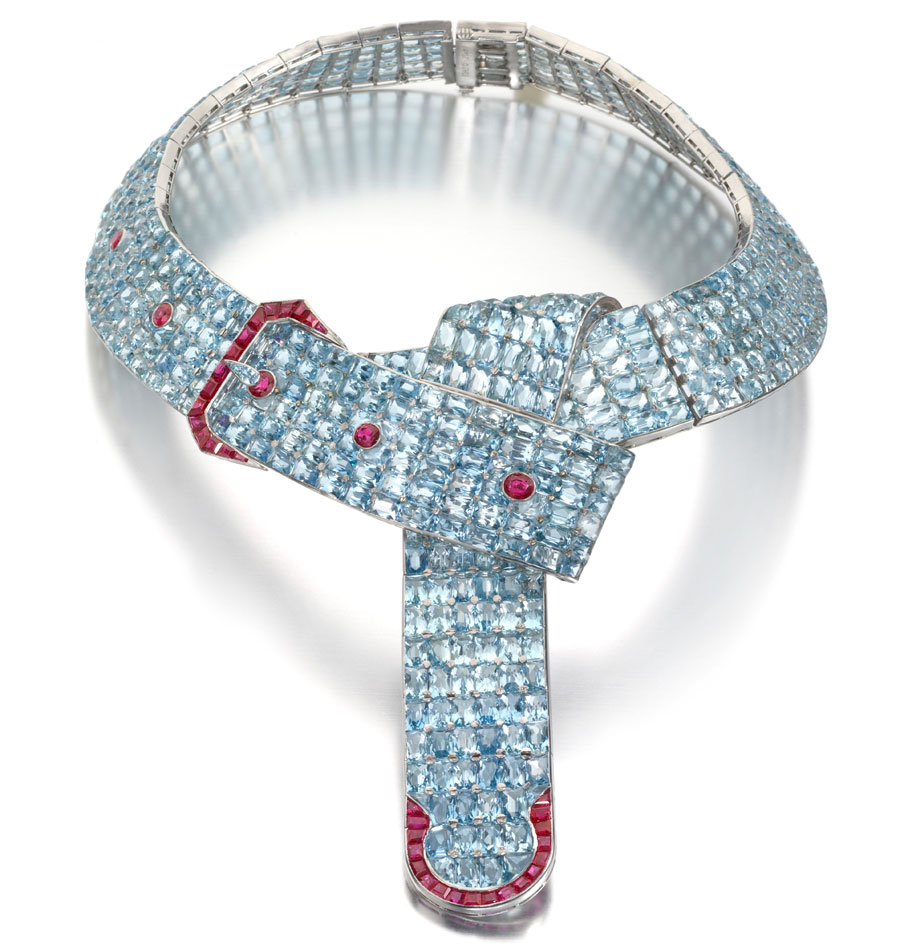 The most famous example of aquamarine is without doubt the 920 – carat stone which adorns the crown of the British Isles, whose value is not only material, but deeply symbolic. The word aquamarine comes from two separate Latin words, ‘aqua’ and ‘marina’, meaning ‘water of the sea’. ‘Britannia rules the waves’ was for many years the rallying cry of Great Britain – is it a coincidence that of all the precious stones they could have chosen for their crown, they went for semi-precious aquamarine? I think not.

Since ancient times aquamarine has been considered one of the most powerful magic stones, with the power to reveal any deception. Often, however, the deception is in the stone itself. Forgeries are not uncommon, made from synthetic spinel, corundum and quartz, or it is simply confused for topaz, starlite, kyanite, tourmaline and euclase. But if you are the lucky owner of aquamarine itself you can be sure that it is genuine because there is no such thing as synthetic aquamarine. Artificial processes (heating) can only change the colour of the stone. 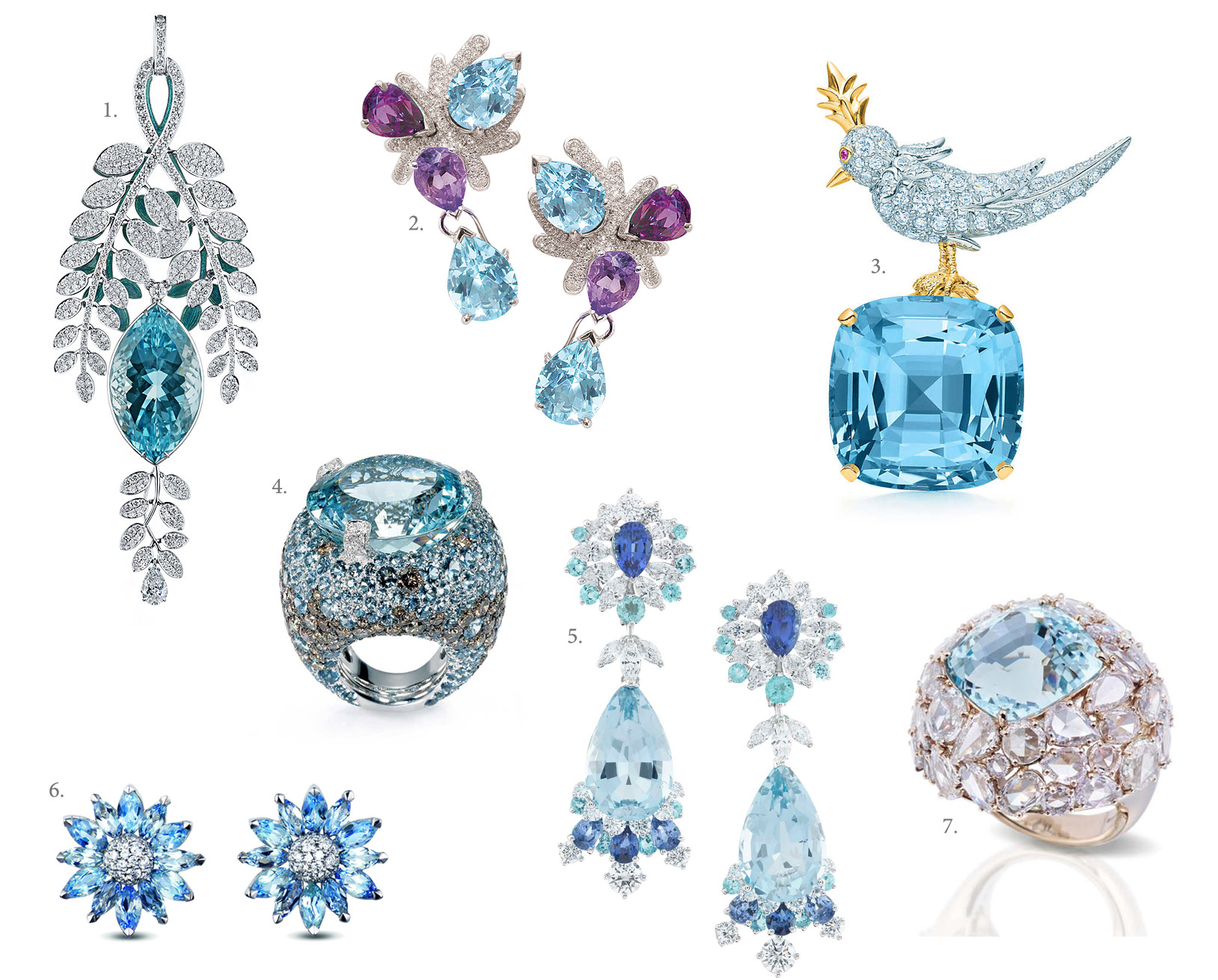