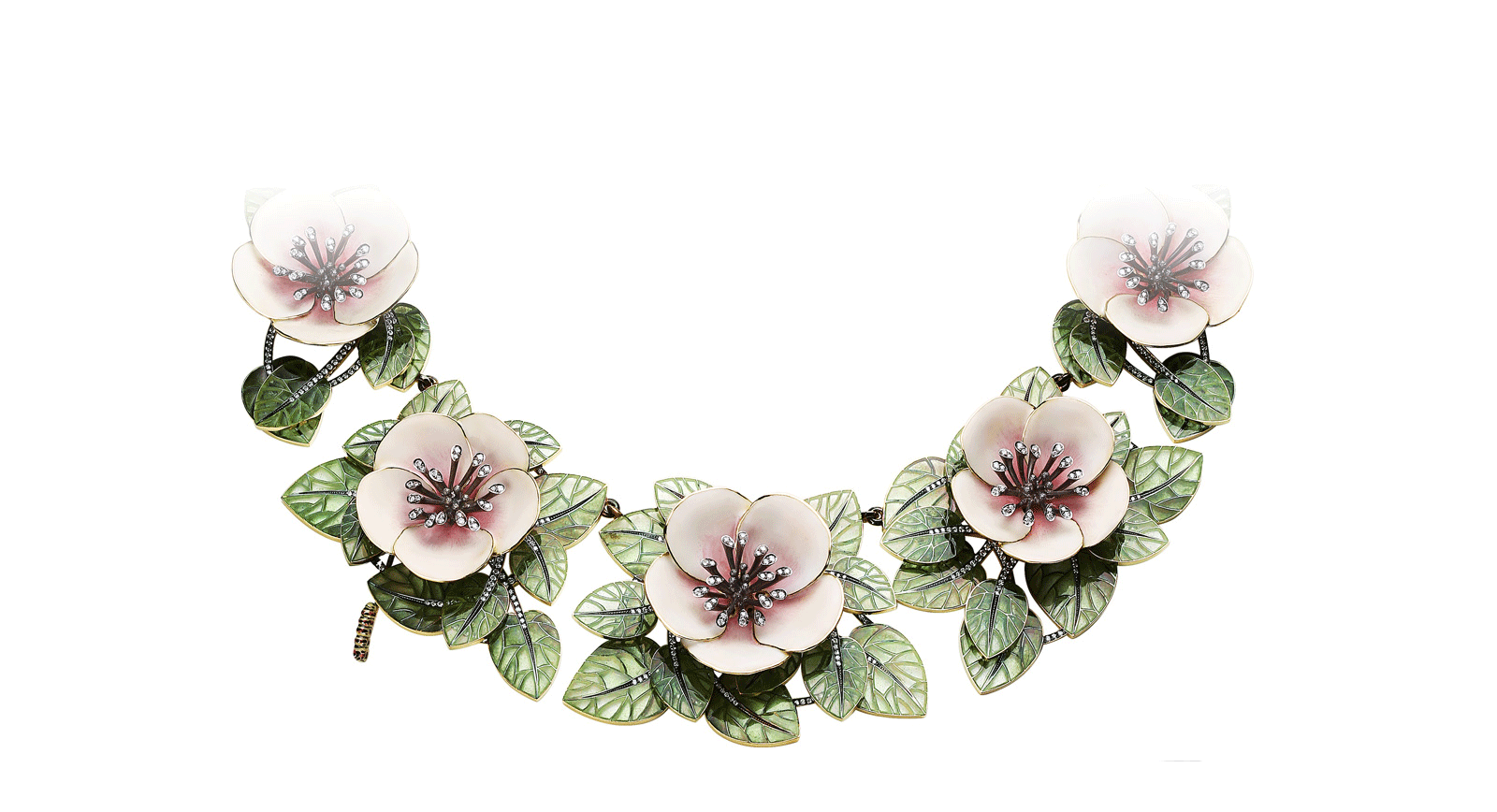 Today, the Assumption Belfry of the Moscow Kremlin opened its doors to the attendees of the exhibition that showcases magnificent works of the enamel virtuoso Ilgiz Fazulzyanov. He is the first modern Russian jeweller who has the privilege to hold a solo-artist exposition of his jewellery at Kremlin, the only other jeweller having been Carl Fabergé, who exhibited at the same museum.

I have previously written about ‘Jewels, Inspired by Nature - Ilgiz F.’ retrospective. So, this time, I wish to present the most recent creations of the Russian master and enameller. At the same time, I would like to draw your attention to Ilgiz’s high level of craftsmanship achieved throughout the 25 years of working with hot enamel and emphasise his recognisable artistic style.

It is very likely that you immediately identified that the style of Ilgiz Fazulzyanov‘s jewellery style is influenced by two very important art movements, which were popular in the beginning of the 20th century – Art Nouveau and Art Deco. The first one, formed in the late 19th century, is clearly reflected in the designer’s jewels with organic, ‘natural’ curves and motifs such as the Drake enamel brooch or the Coral necklace with a Tahitian pearl. The second art movement, Art Deco, conceived during the International Exhibition of Modern Decorative and Industrial Arts in 1925, transpires through the geometric lines of the Tree pendant with diamonds and aquamarine cabochons.

Nature has always been dominant in Ilgiz Fazulzyanov’s artistic jewellery since he is a sensual and subtle man, who often spends time outside the busy city of Moscow. Walking through the woods, observing the flora and fauna around him and following the changes of seasons have always been the main sources of inspiration for Ilgiz. The jewellery artist sees the world around him in bright colours, which he invariably draws upon for the rings, earrings, bracelets and necklaces that take shapes of colourful birds, vibrant flowers and graphic insects. Jewellery created at his workshop radiates an aura of youth and joyful perception of the world around us and together they make collectors come back for more jewels by the enamel genius. 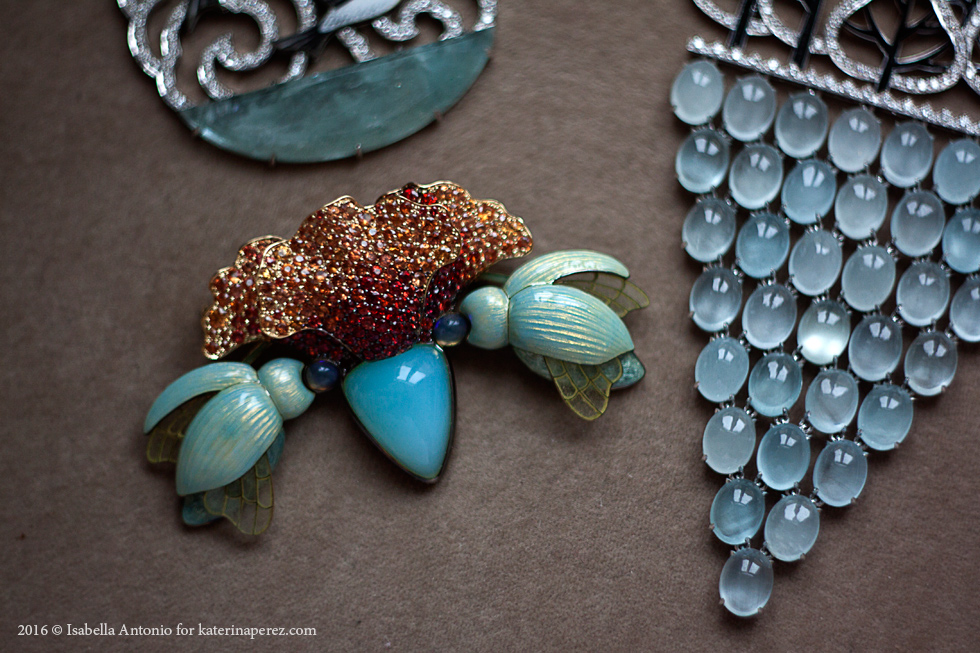 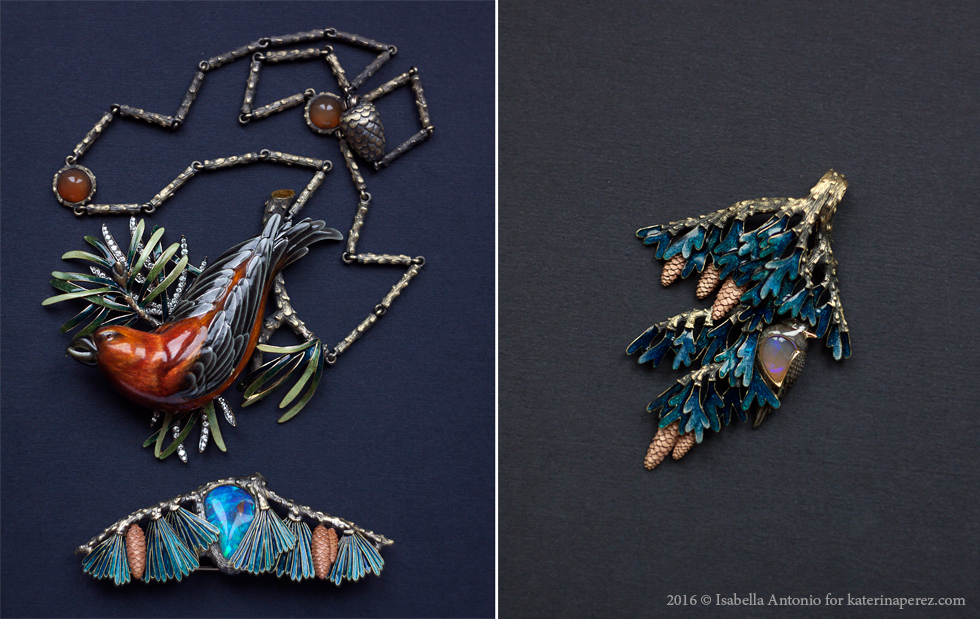 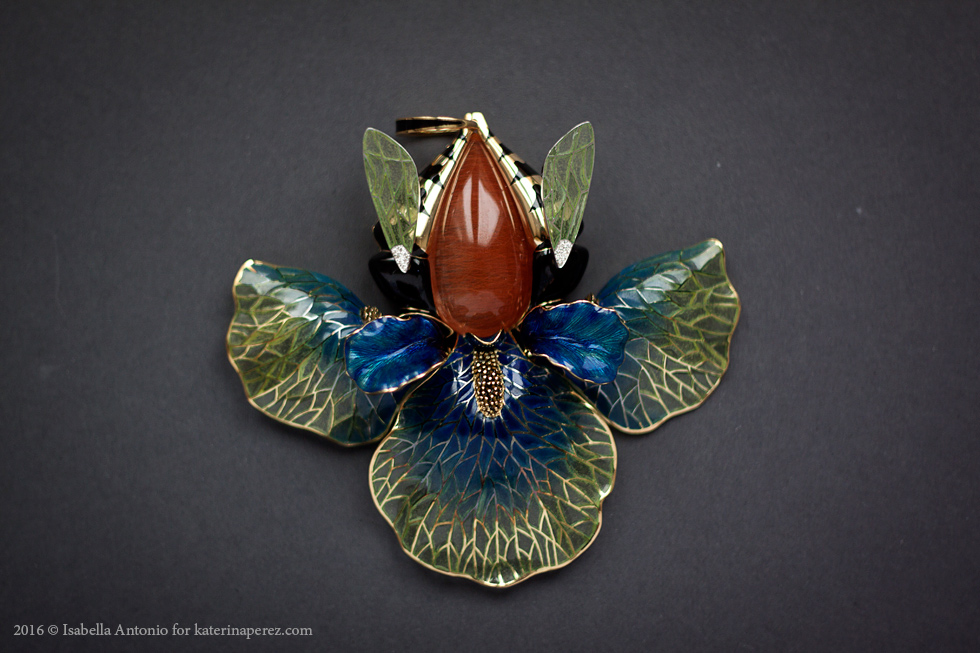 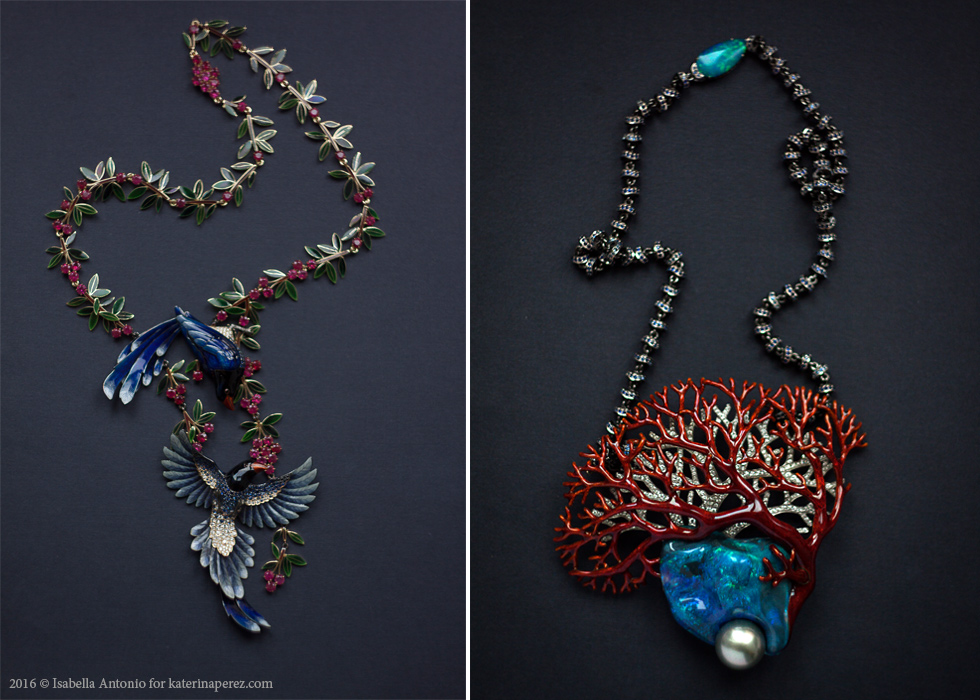 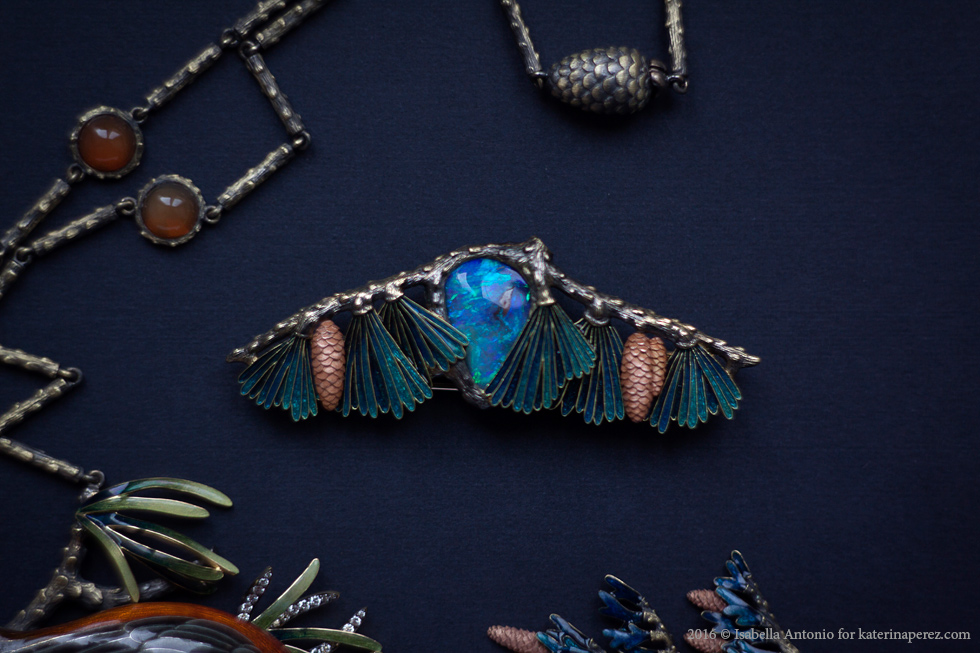