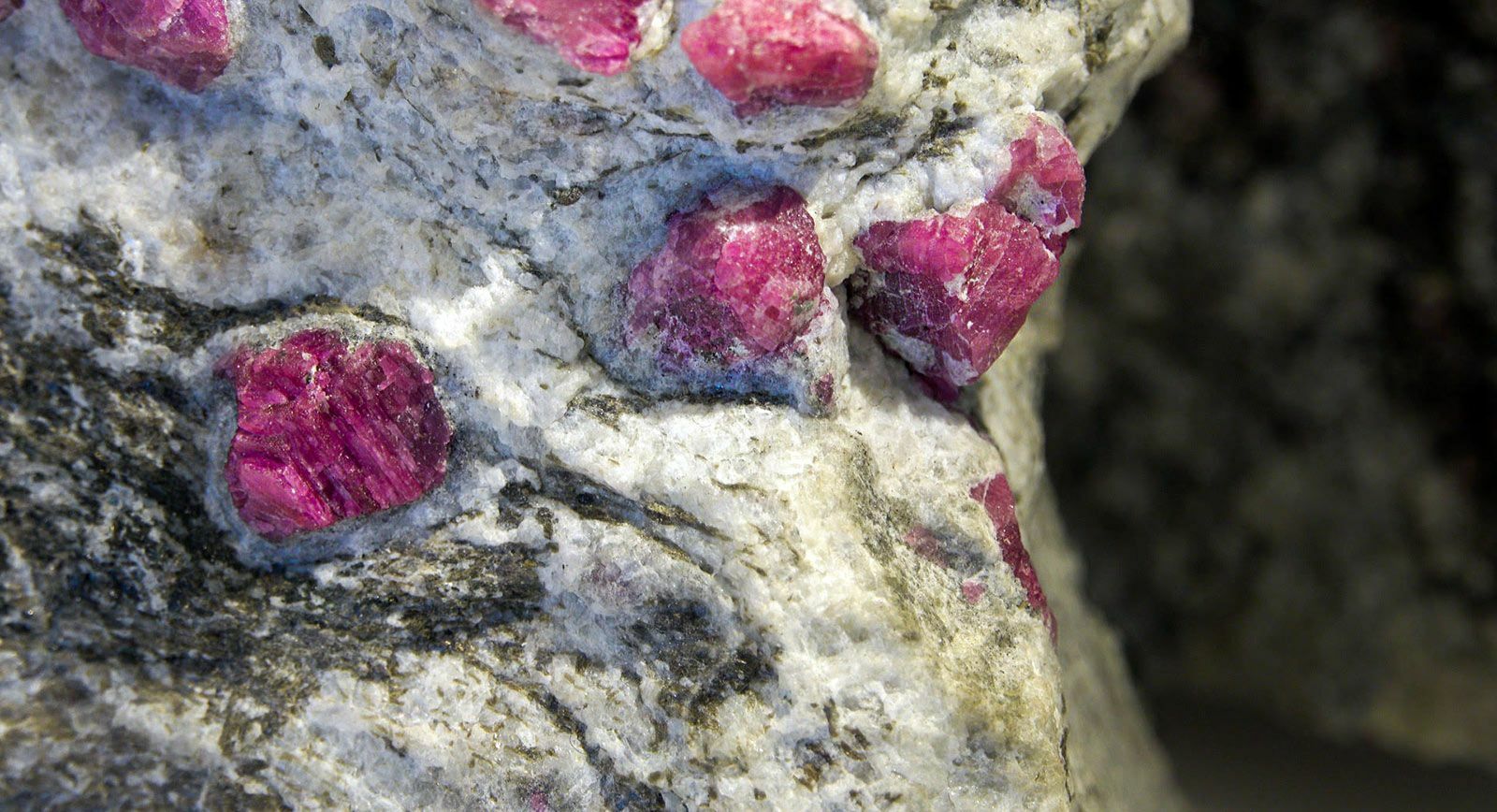 Greenland Ruby: A brand new corundum that will soon be globally recognised

How often do you hear about the discovery of a new ruby source? This only happens once every few decades, or even only every few hundred years. Today, the main exporters of these particularly valuable gemstones are Myanmar, Mozambique, Thailand, and Sri Lanka. But last year, a recently discovered deposit of the rare red gem that has been hidden by mother nature for billions of years was unearthed in Greenland.

The ruby crystals found there were formed in strata covered by ice between 2.9 to 3.1 billion years ago. It would - therefore - be fair to say that these are the most ancient gemstones on earth. Members of the local population first came across these rubies several centuries ago, while hunting deer in the mountains. 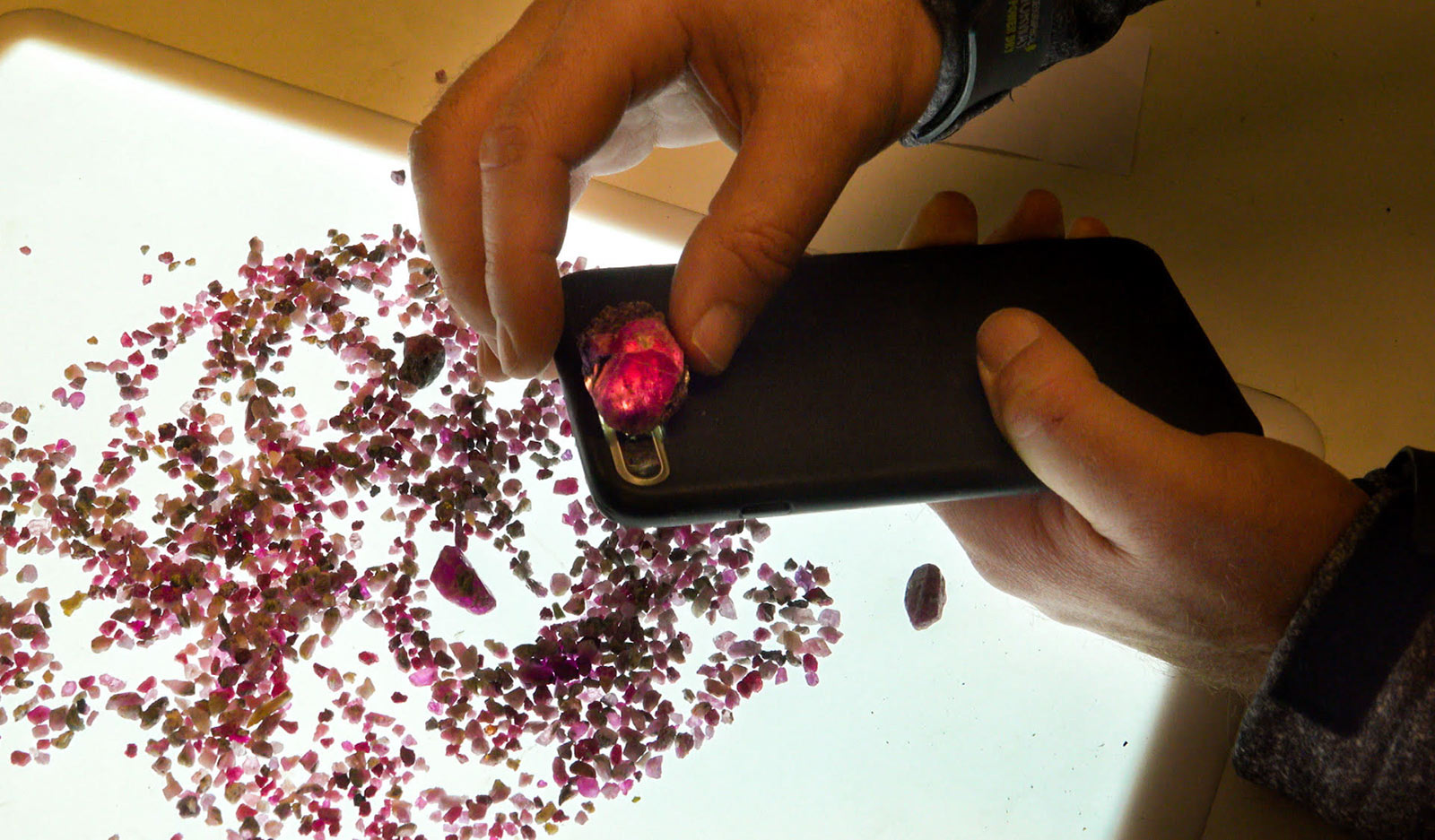 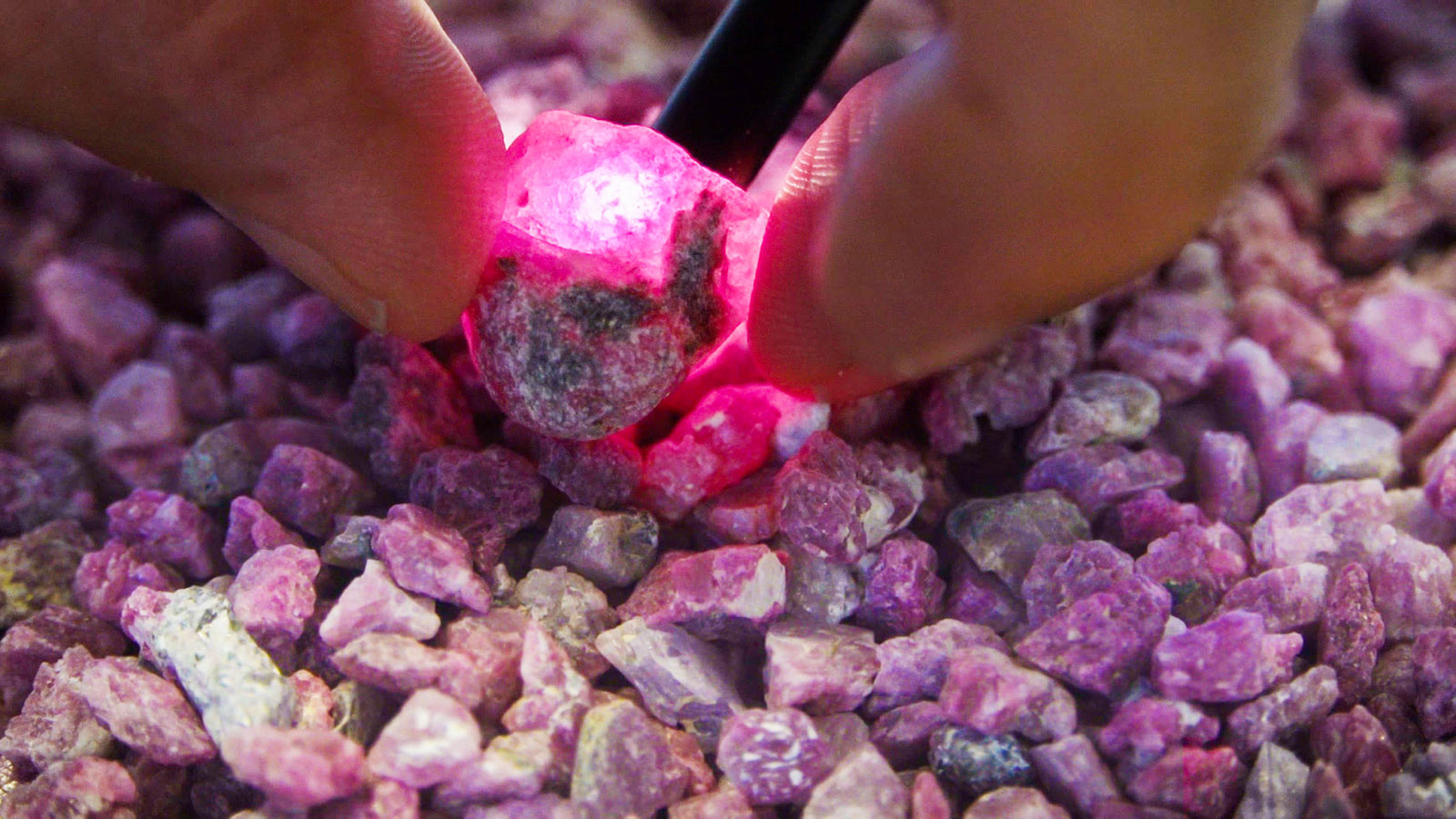 Extraction began last year in the southwest part of Greenland under the supervision of two companies: LNS of Norway’s Rana Gruber (92%), and Greenland Venture (8%). Natives have given a special name to this place - Aappaluttoq (pronounced “Aa-puh-lu-tok”) which translates as “red”. Needless to say, mining for the gemstones is carried out in an exclusively responsible manner, making this new source of red corundum even more attractive.

“Best-practice mining, environmental and human resources, as well as state-of-the-art processing will ensure that Greenland rubies have the best reputation, devoid of the negative press that rubies of other origins might have suffered in the past. Because the discovery is recent, minerals are currently being mined and new owners can be assured that their gems have come straight out of the ground after being buried under ice and snow for literally billions of years. It’s pretty cool!” says Hayley Henning, VP Sales and Marketing at Greenland Ruby. 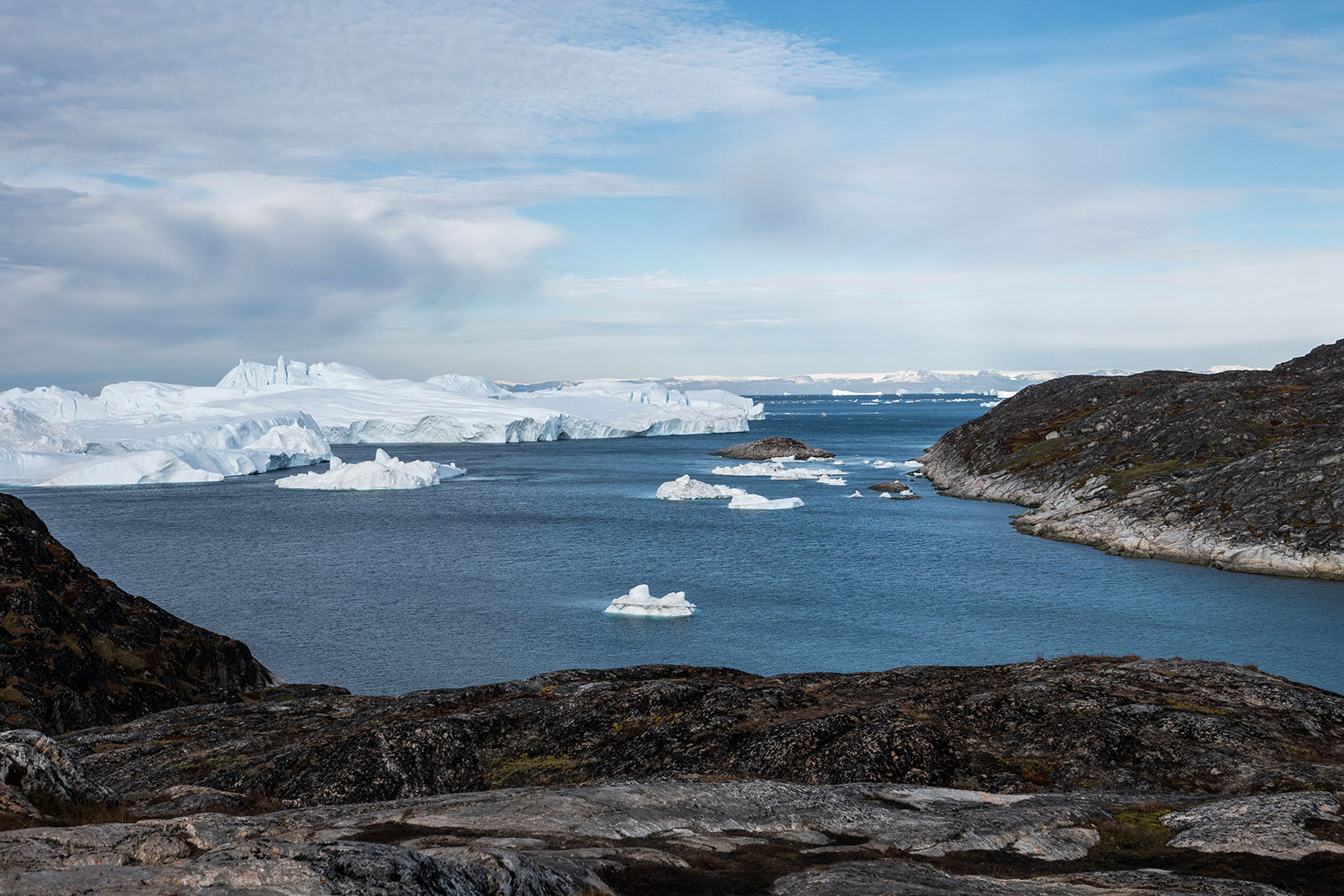 I have known Hayley for a few years now, and I remember last year she told me about this new ruby mine. Even then, I was intrigued to find out what properties these Greenlandic gems possessed, as well as what distinguished them from other rubies already available on the market. The first thing I focused on was the colour, which is obviously fundamental when it comes to precious stones. As it turns out, rubies from the Aappaluttoq mine range from light pink to burgundy and dark red, although the lightest specimens are regarded as pink sapphires.

“The incredible colour of Greenland rubies is similar to that of the Burmese varieties: deep red, purplish and pinkish reds. Some of the laboratory certificates that have already been issued include the sought-after ‘pigeon blood red’ classification which is considered one of the most highly prized colour descriptions of a ruby,” Hayley tells me. Incidentally, the team at Greenland Ruby has already considered the introduction of its own colour classification system for red corundum, and plans to call the most precious red hues ‘Viking red’. 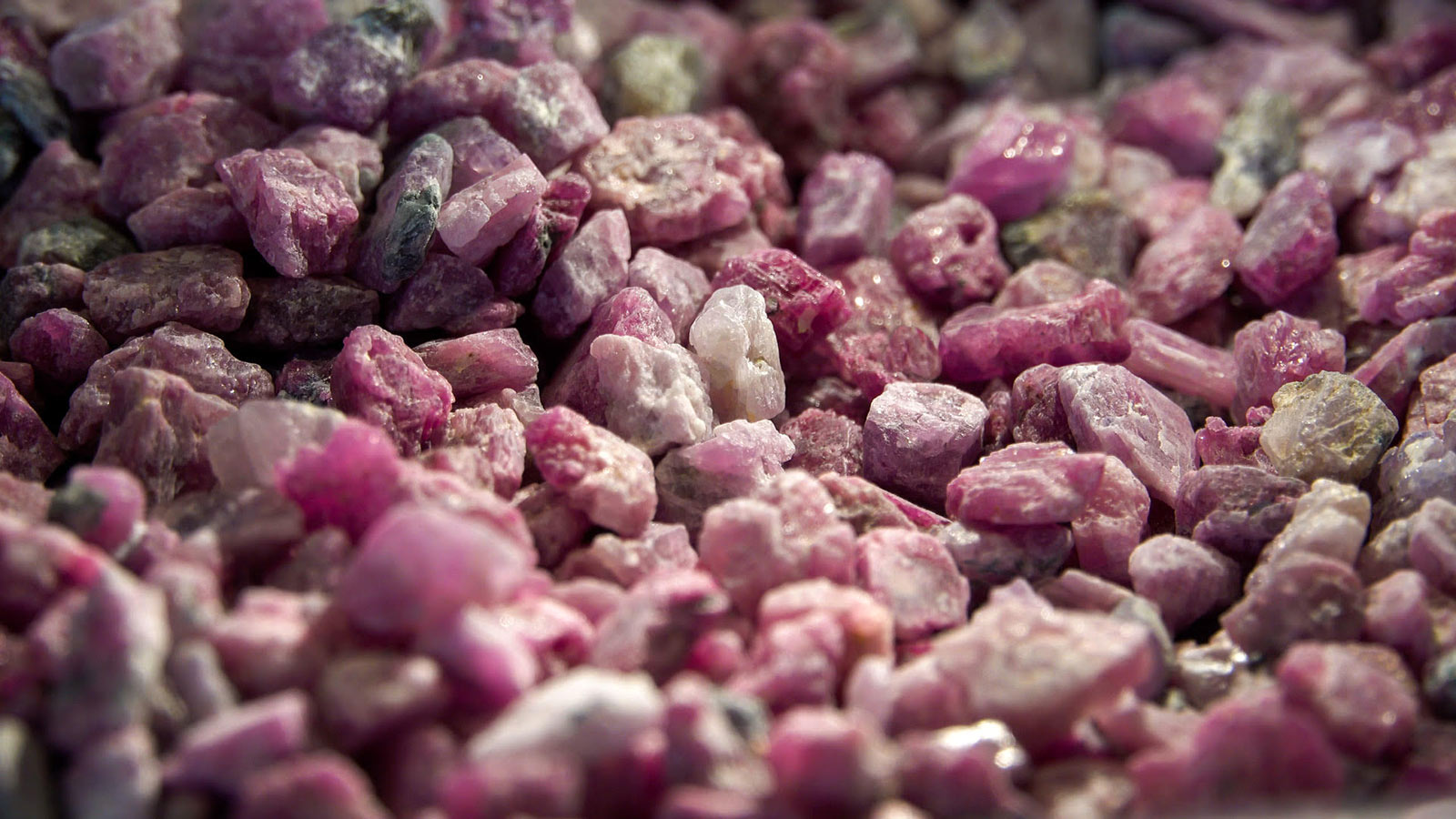 Rubies mined in Greenland partly owe their beauty to Borax, a flux that helps to enhance gemstones by healing small fissures and fractures. It does not in any way affect the colour of rubies, but makes them more durable and prevents them from flaking apart, making it easier to cut larger specimens which would have not been made possible if it was not for treatment. Borax enhancement is a part of the process done in Thailand that includes cleaning, cutting and polishing gems. According to Hayley, “it is an acceptable way of treating rubies and pink sapphires as long as it is honestly disclosed”. 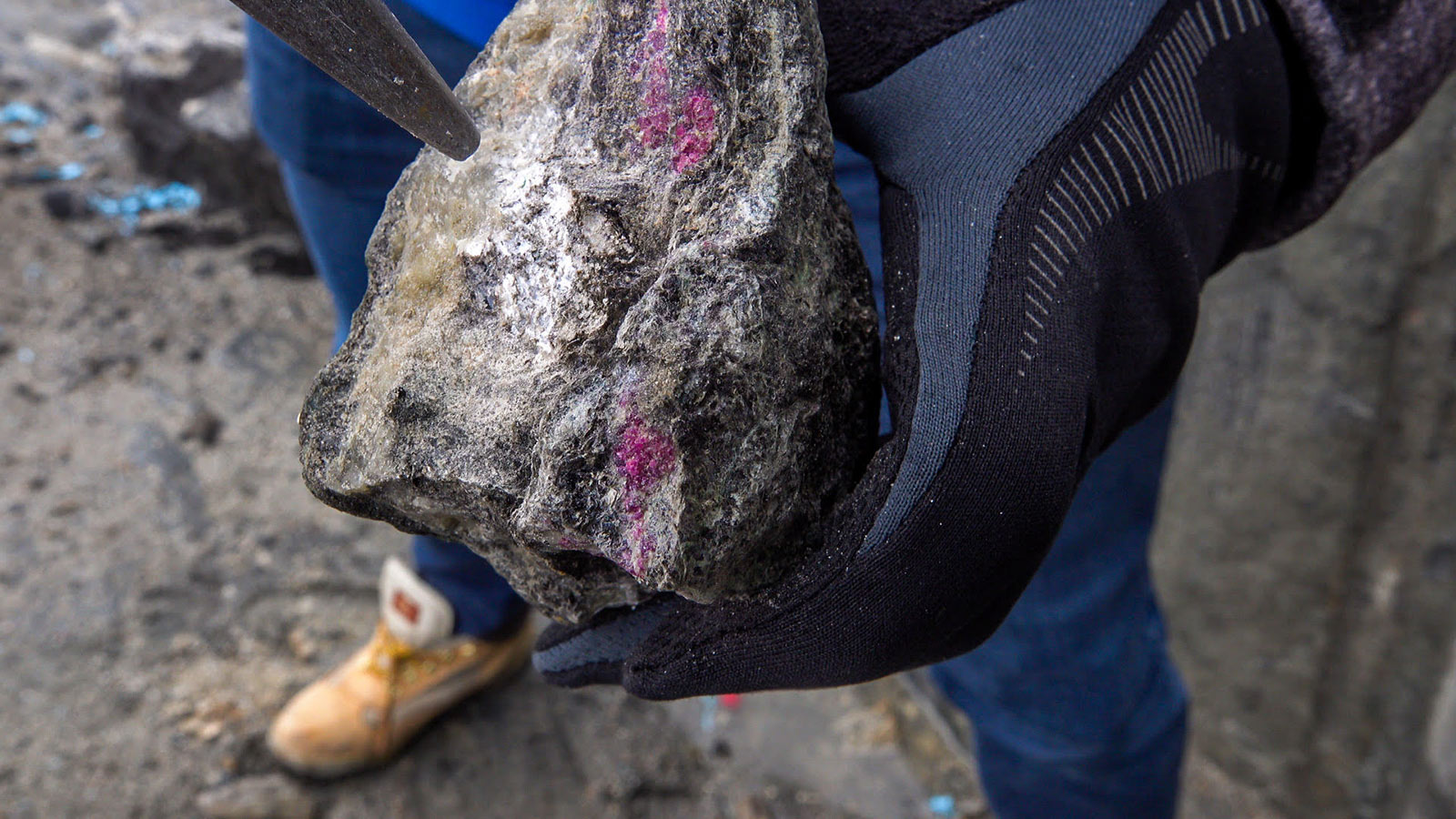 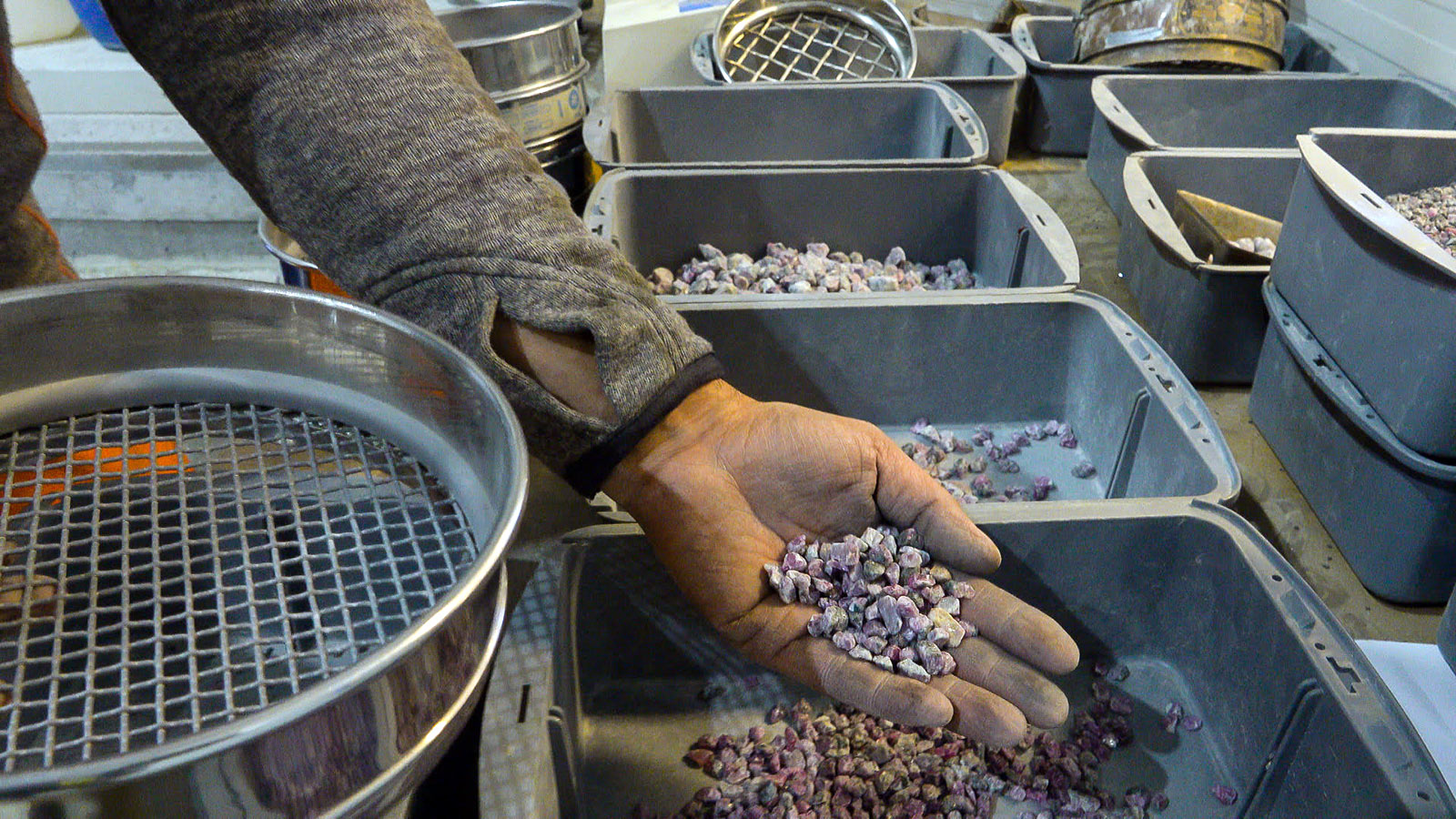 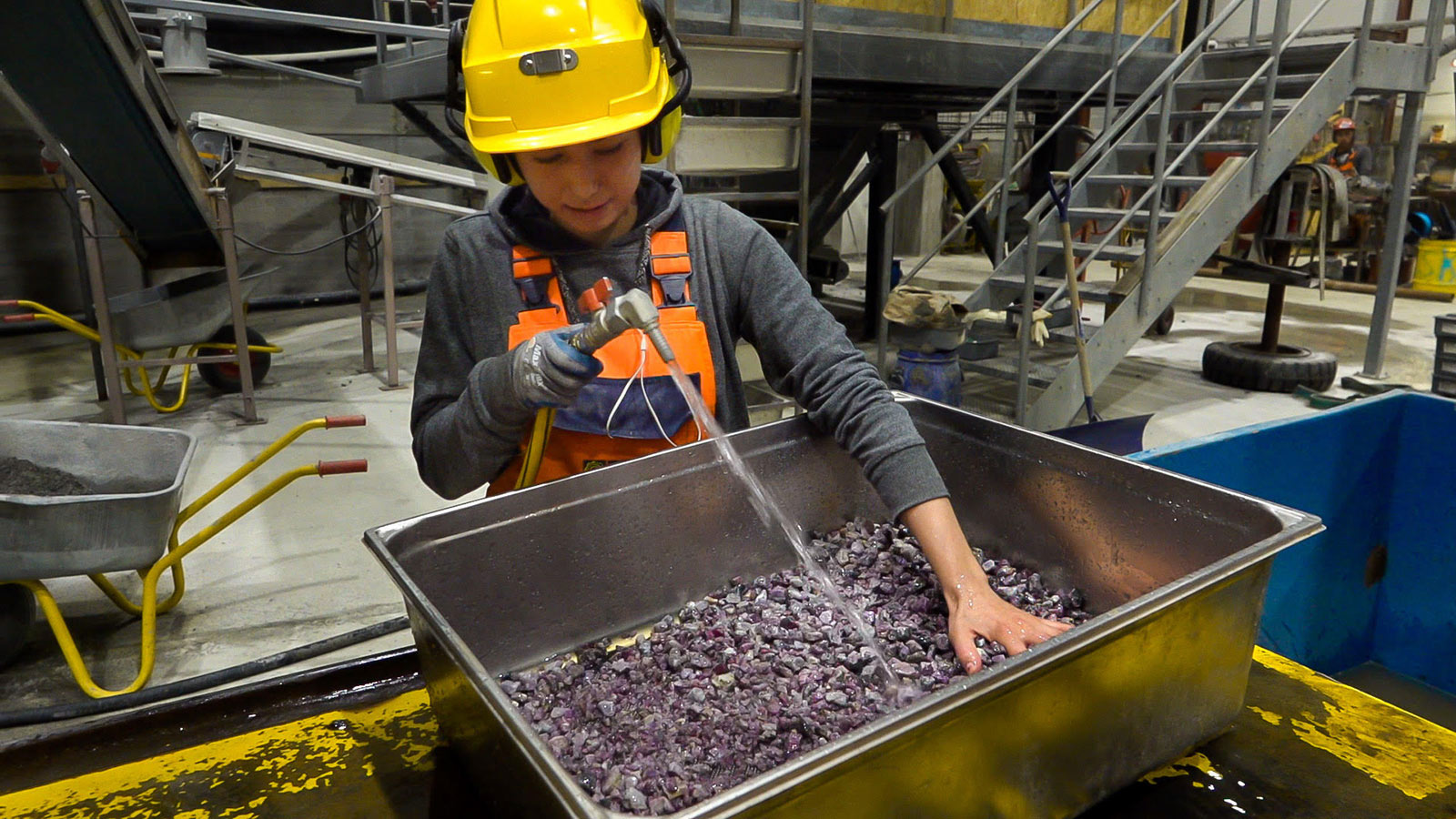 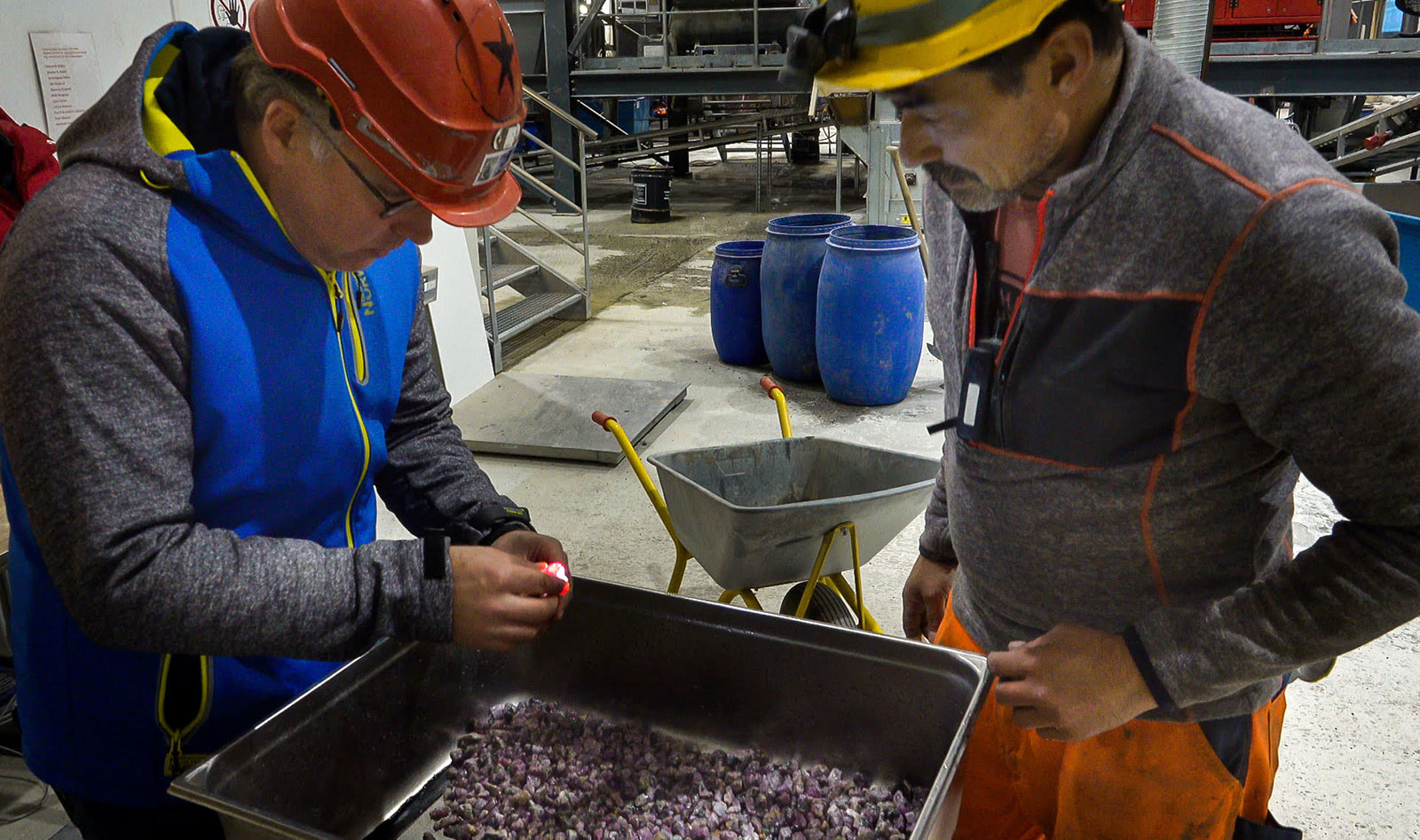 Several gemmology labs have already run tests on the new rubies and documented a series of intrinsic characteristics. I personally cannot wait to discover the inner world of these stones and get to know their idiosyncratic features, formed millions of years ago! It also should not be forgotten that Greenland rubies are not mined in alluvial deposits or river beds where crystals are found through filtration, but chiselled from hard rock. You can imagine rubies being some sort of inclusions in giant rocks that need to be split open in order to obtain the treasure inside. 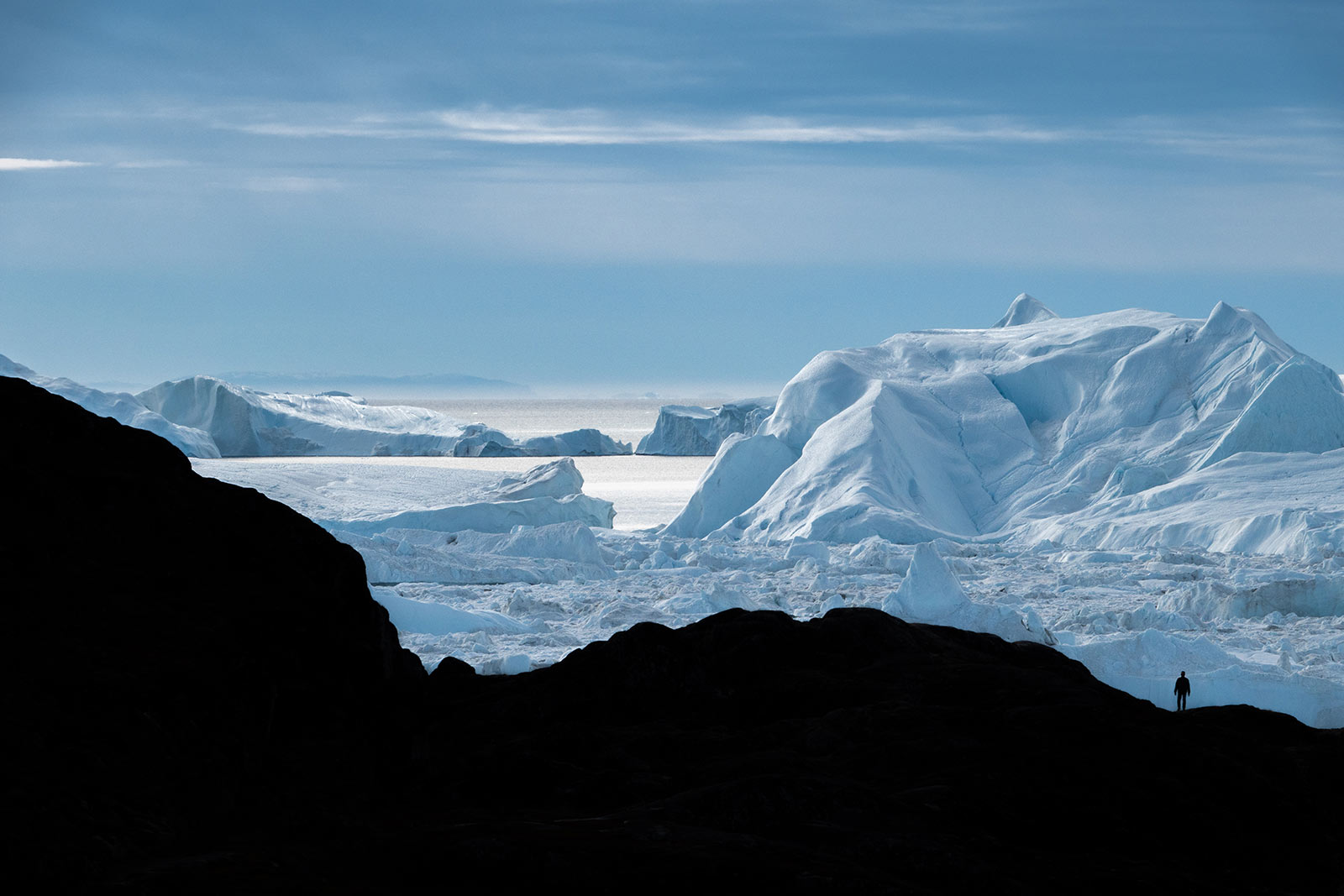 So after a number of years of research, geology, feasibility studies, bulk-sampling and millions of dollars of investment, a new mine for some of the rarest and most sought-after gemstones in the world finally started functioning last year. What effect, if any, has this had on the jewellery industry? Here is what Hayley thinks: “The introduction of a new and responsible source of the rarest and more precious of all the gems will have a profound effect on the market. The industry will now be able to enjoy a consistent supply of rubies and pink sapphires from a new reliable and responsible source. This means that jewellery manufacturers will be able to plan their collections and campaigns in advance, making ruby and pink sapphire pieces suitable for their clients in all price categories. The fact that these gems come in good sizes at affordable prices will encourage new and young buyers to own something they may never have dreamed of having. Not to mention being able to own something so unique and unusual.” 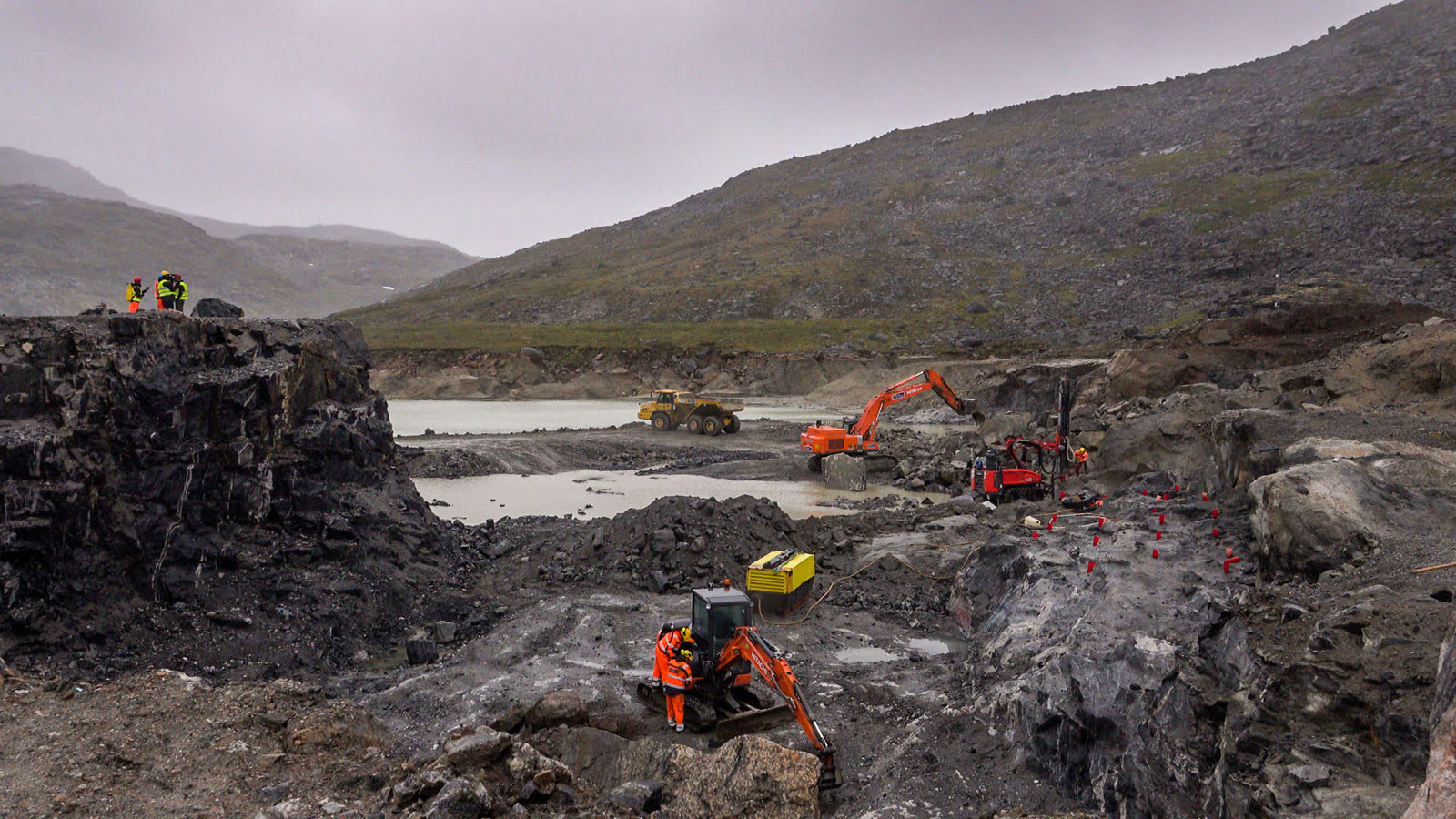 The very first collection to include Greenlandic rubies has already been released and is available exclusively at the boutique of renowned Copenhagen retailer Hartmann’s. Do you want to know what this collection has to offer? Well, this is something I will cover in a separate article very soon.

SPECIAL THANKS: GREENLAND RUBY FOR SPONSORING THIS ARTICLE