How The Russian Brand RINGO Impressed Visitors At Baselworld

The Russian brand RINGO is well-known to connoisseurs and admirers of exclusive jewellery all over the world. The brand has been participating in the prestigious Baselworld exhibition for several years already. This year, wanting to outdo themselves, RINGO brought some truly unique pieces of High Jewellery to Basel.

The artistic searches and technological experiments of the brand’s designers never cease to amaze and surprise with their limitlessness. The style of RINGO’s jewellery is not a fixed concept that has been decided once and for all but a constantly changing palette of hues that has an invariably unique mood and unending variety. Each piece of jewellery is self-sufficient, each having its own character and original history.

RINGO’s craftsmen manage to combine both the traditions of the past and innovations of the future in their jewellery. It has become established practice for the brand’s designers to use only the very best precious stones in their work, however they have also developed a special love for minerals mined on the territory of Russia. Every mineral deposit has been influenced by a multitude of geological processes and is therefore unique. There is nothing quite like the Ural emeralds from the Malyshevsky mine field. Now they adorn pieces made by RINGO, and some may become world-leading examples of the pinnacle of jewellery making. 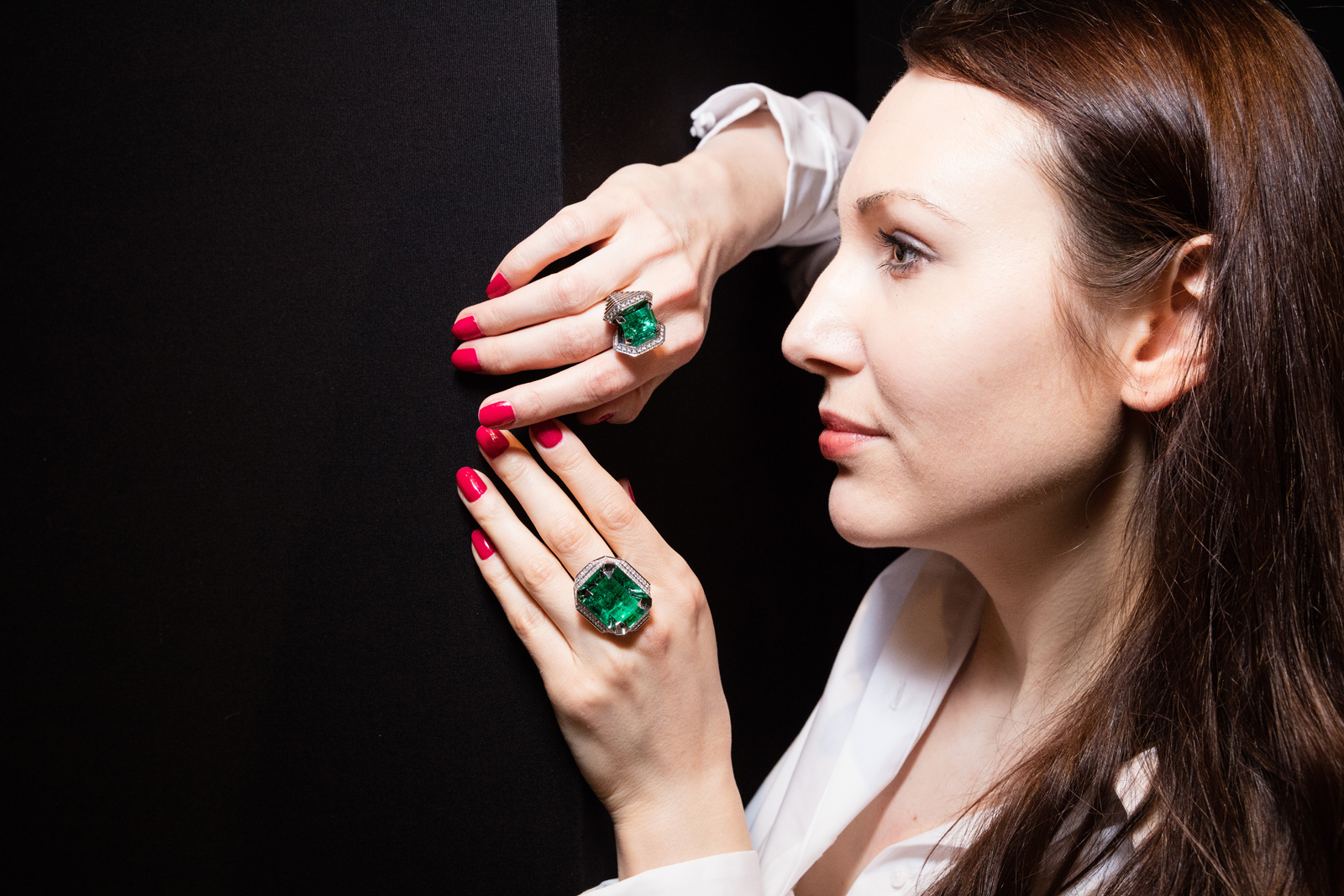 The Urals are home to the only emerald deposit on the territory of Russia, a deposit which happens to be one of the best in the world. Since the 1830s when the mine field was first discovered, minerals have regularly been found which surpass foreign specimens in hardness and colour. Chrome and iron impurities give the stones a rich green hue, thanks to which the Ural emeralds are considered to be amongst the best in the world. This was once again confirmed in 2015 in Bogota, Colombia, at the first international symposium on emeralds.

Stones have been mined at the Malyshevsky deposit since the era of Nicholas I to the present day. It was precisely in the Urals that an incredibly special emerald weighing 105 carats was found in the middle of the 20th century. The gemstone combines both a pure transparent section and an opaque part with liquid-gas inclusions that are characteristic of emeralds. They form a unique pattern, created by nature itself that calls to mind transparent cubes of ice or frozen droplets of morning dew. The transition from the bright green, highly transparent, part of the stone to the milky pale-green part with its unique pattern is considered extremely rare. The chances of finding something similar are negligibly small. 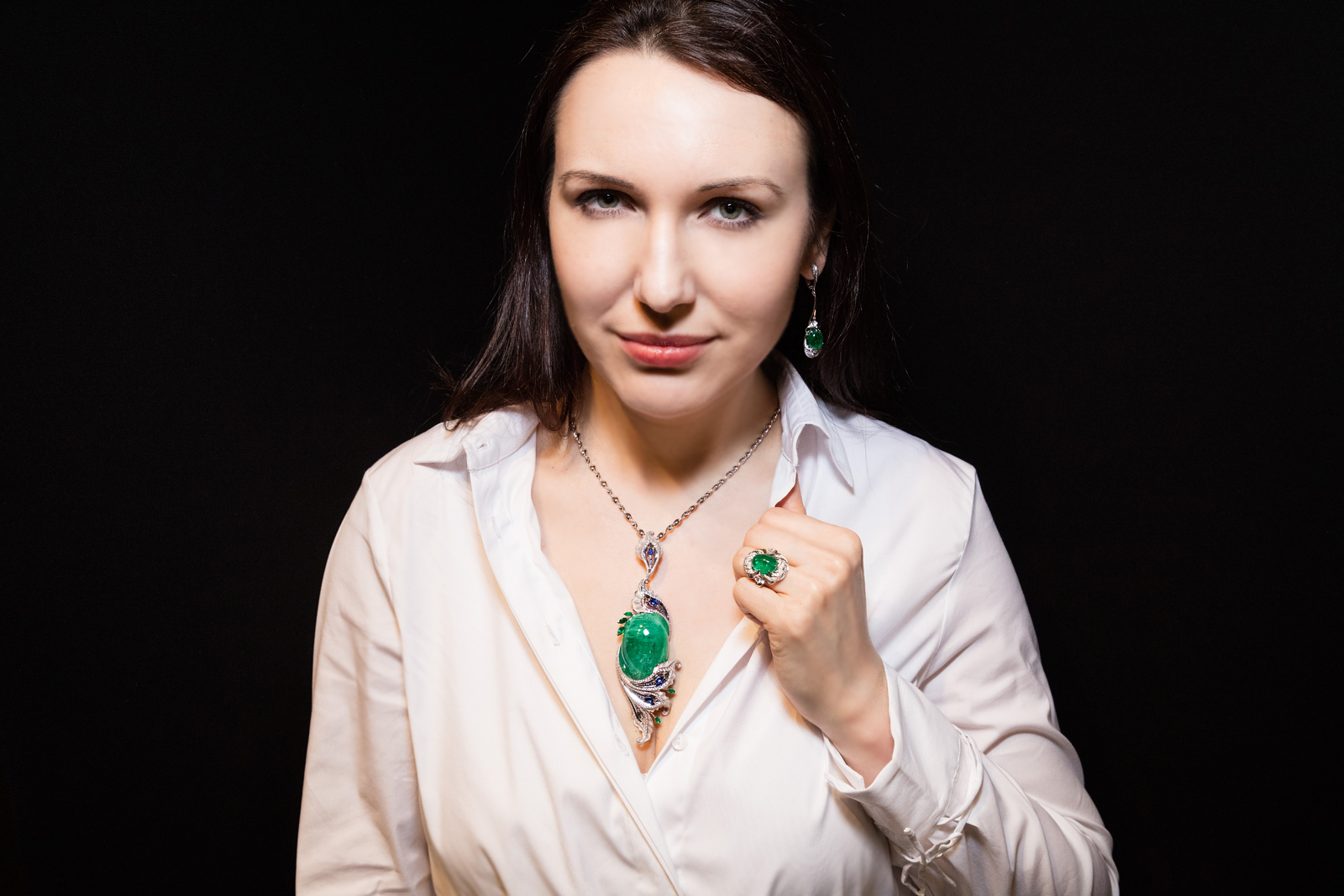 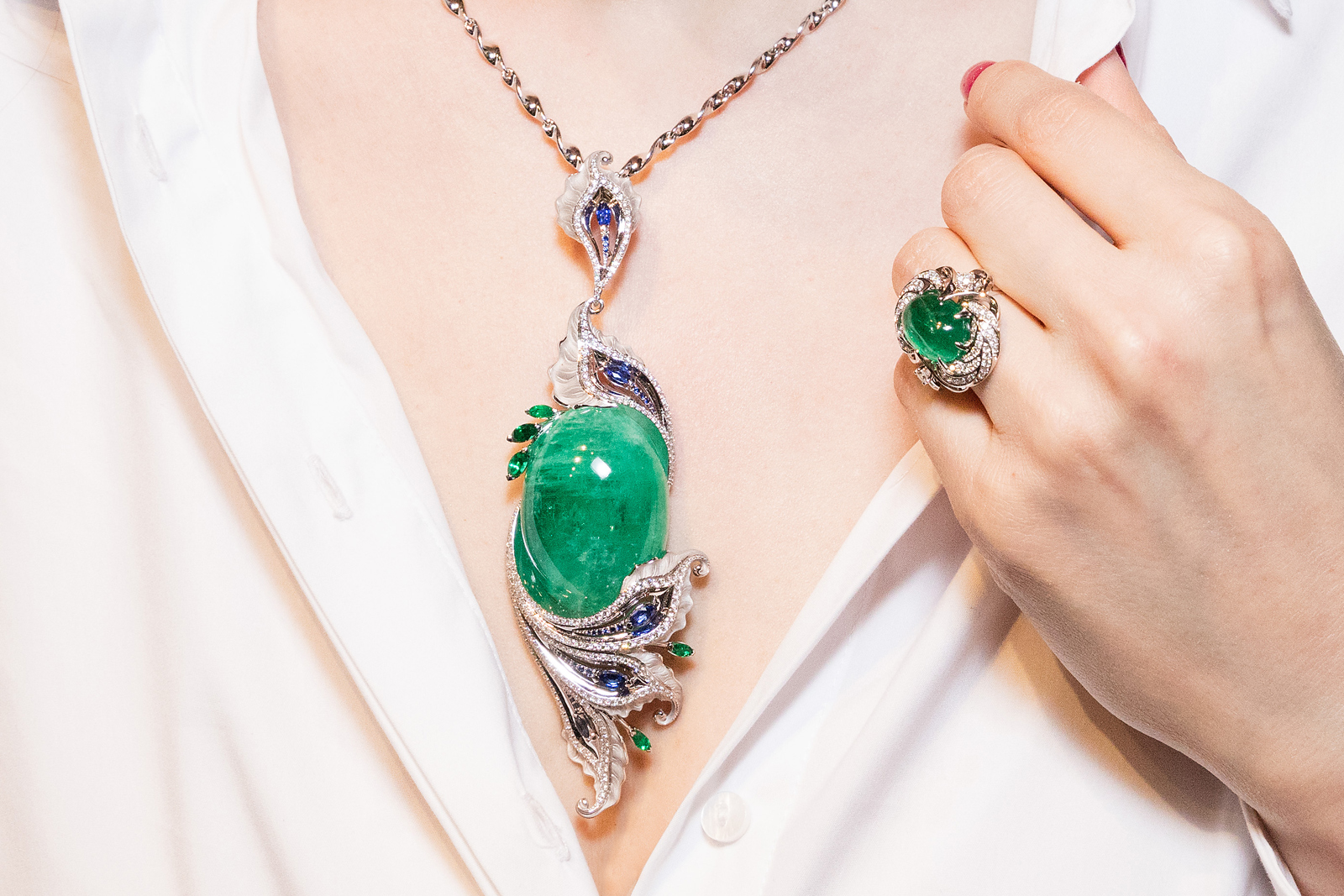 The unique mineral was bought by representatives of RINGO, and it was cut by the firm’s craftsmen. From the very beginning a decision was made not to facet the stone, but to turn it into a cabochon, to emphasize its individuality. The emerald became the central element of the brooch-pendant “Heart of the Urals” which is made from white gold and a scattering of diamonds, sapphires and emeralds, and formed part of the “Russian Princess” collection – that’s why the fabulous decorative ensemble around the central stone was made to match.

Ural emeralds of a smaller size adorn a number of cocktail rings from the “Ego” collection. This word, which means “I” in Latin, is reflected in the jewellery of the collection, which is aimed at allowing the owner to emphasize their own “I”, to stand out amongst others. The jewellery from the “Ego” collection’s design is based on an interesting method: white gold around the central stone is polished to such an extent that it reflects an image just like a mirror. Due to a carefully chosen angle, the metal visually enlarges the central stone, making it seem much bigger than its original size. So in the “Hope” ring, the square Malyshevksy emerald weighs 7.52 carats but looks about 15 carats.

RINGO also debuted several permanent collections at Baselworld, amongst which were “Crystal” and “Secession” – I’ll leave it until next time to tell you more about these.

Ringo Heart of the Urals necklace with 105-carat emerald, sapphires and diamonds