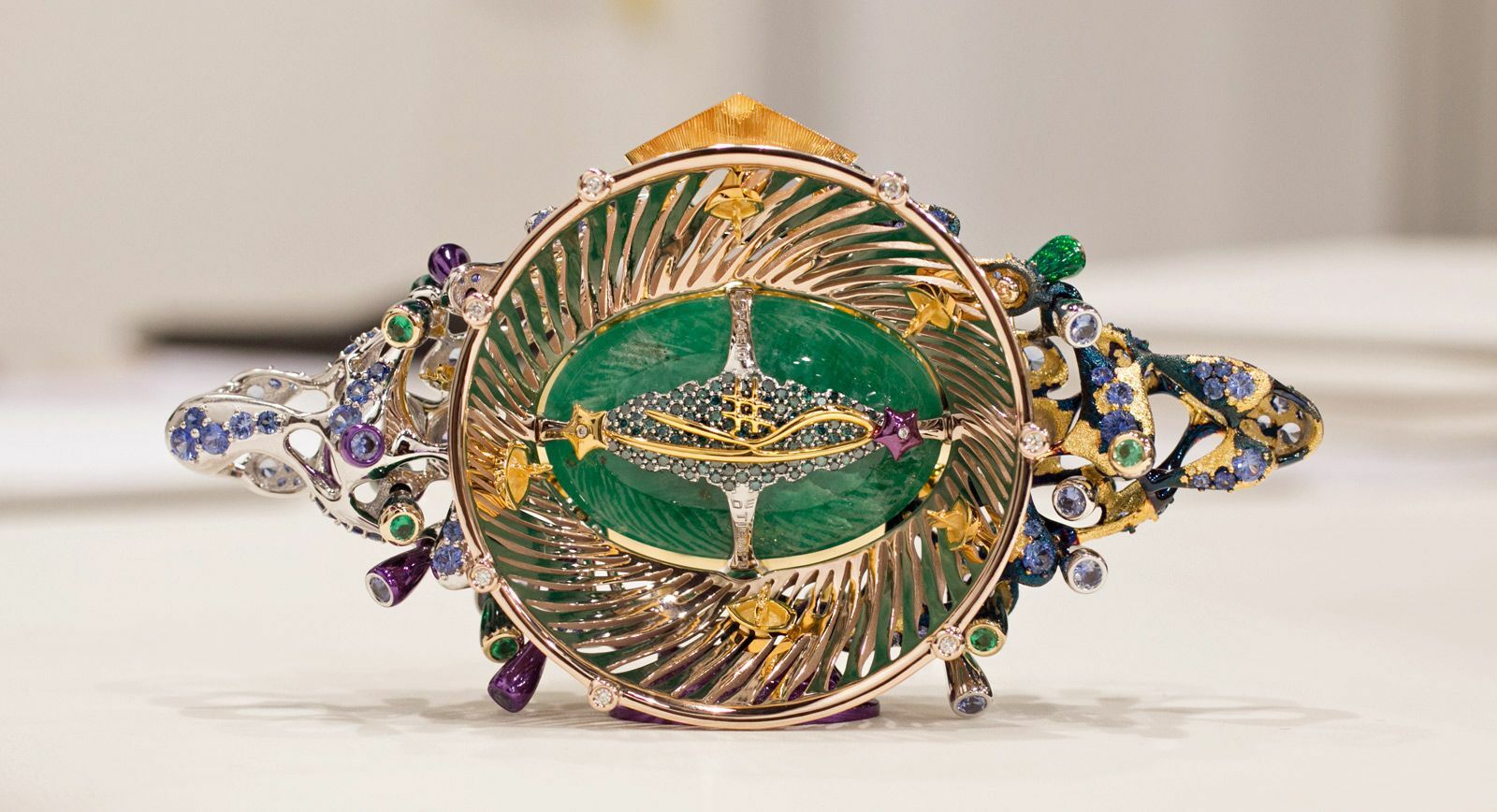 “There is no time in the soul, no space in the heart.” Milorad Pavic

When a writer thinks about the eternal, a book appears; for the artist, a picture; the musician, a melody. The contemplations of Sergei Korolev, leading jewellery artist at RINGO, led to the appearance of the unique object of art that is Espacio de Tiempo. His work was first presented to the public at the “JUNWEX Moscow” exhibition on 27 September 2017.

Time has a dual nature: on the one hand, it is ordered and structured, on the other hand it is chaotic, uncontrollable and beyond comprehension. So, when looking at a clock, we see a manifestation of the first variant, and this is most familiar to us. But the second, more mysterious element, cannot be understood by everyone. 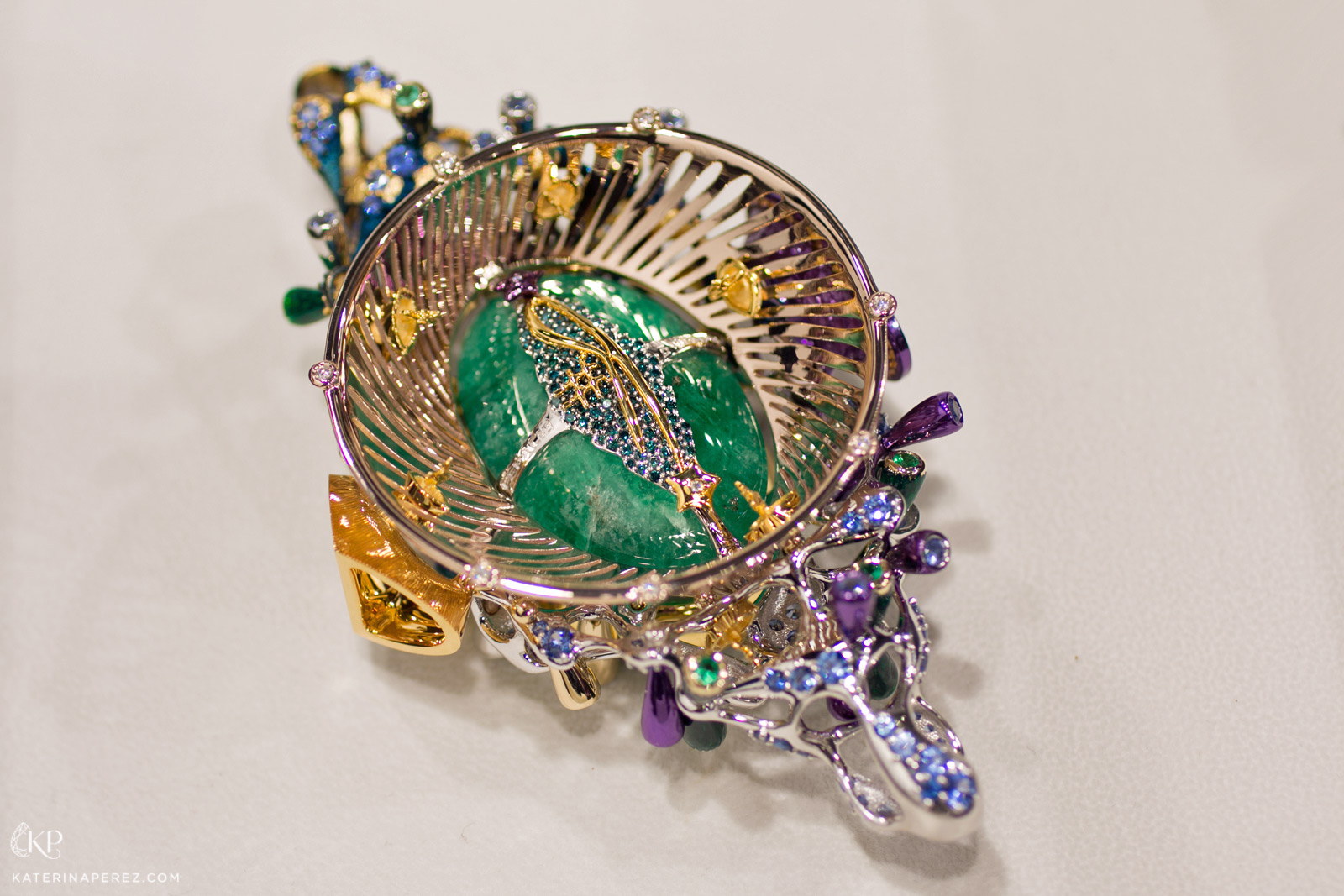 You must have noticed that sometimes time runs on endlessly and then, if it stops at all, it freezes, only to fly by unnoticed a few moments later. At such moments, personal feelings are in discordance with the hands on the dial, and it becomes obvious that time not only had length, but width and depth as well. That is why in different situations and for different people who are at different points in space, time goes in different directions.

The ancient sages loved to say that there is no time other than the “here and now”, that we cannot return to the past, and that the future is unknown. So they called for the appreciation of the present, to fully feel it, because it is also impossible to measure it. Each of us has a unique point of reference, but if you are an artist in your soul, your personal universe can become a world for all people. 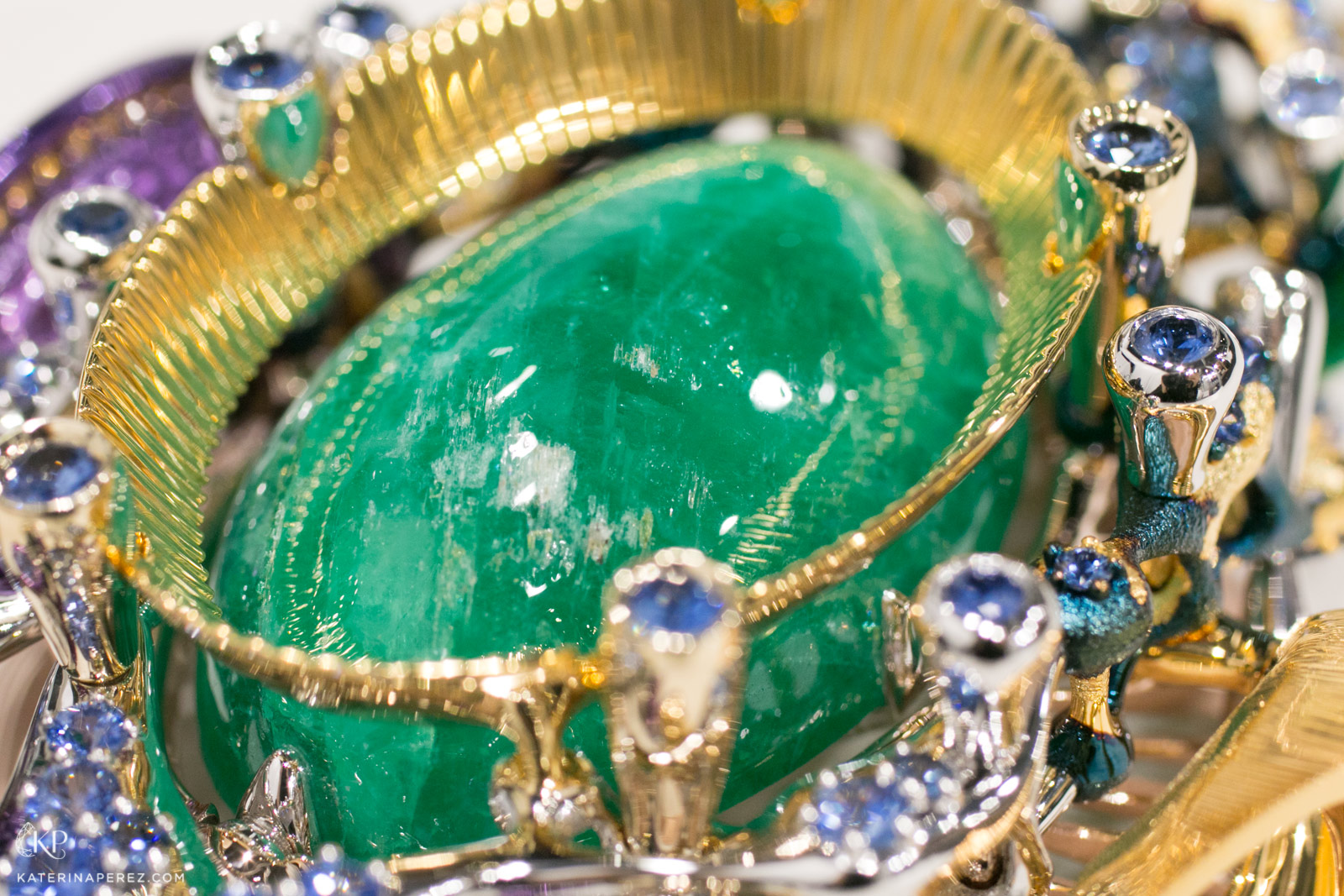 These contemplations pushed Sergei to the idea of creating jewellry that lives immediately in the future and in the past, moving every second between the creation of the world and the world’s end. It simultaneously unites and refutes all laws of terrestrial space, exploding with drops of weightlessness. What is it? Amulet? Clock? Compass? Gyroscope? Time machine? Pendant? Spinner? All of them! No matter how you decide to use this object – to decorate your home or yourself – it will transform everything around. Imagine: as a pendant it can be worn ten different ways! Its possibilities are almost as infinite as time and space! 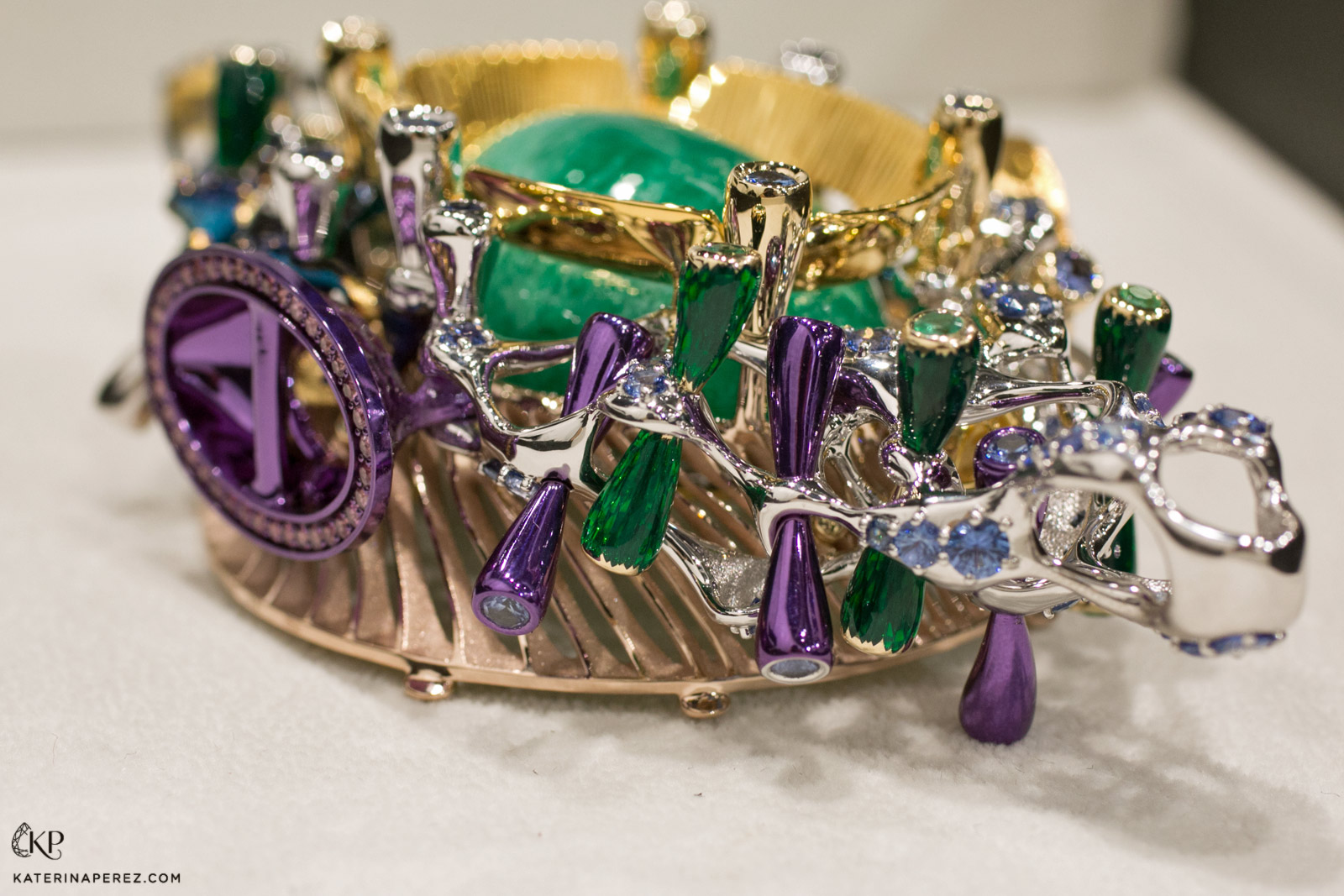 At the “JUNWEX Moscow” exhibition I was able to examine the piece and speak with its originator. It turns out it was made using various metals, starting with yellow, white, and rose gold of 14K, and ending with sterling silver. To implement the extremely complex design, more than 100 parts were combined, and in the middle there is the incredible “Legend of the Urals” emerald, weighing 177.72 carats. The emerald is set in such a way that it can be turned either to reveal the sloping part of the cabochon cut to the viewer or onto the decorated side, upon which “I” is written, in gold. 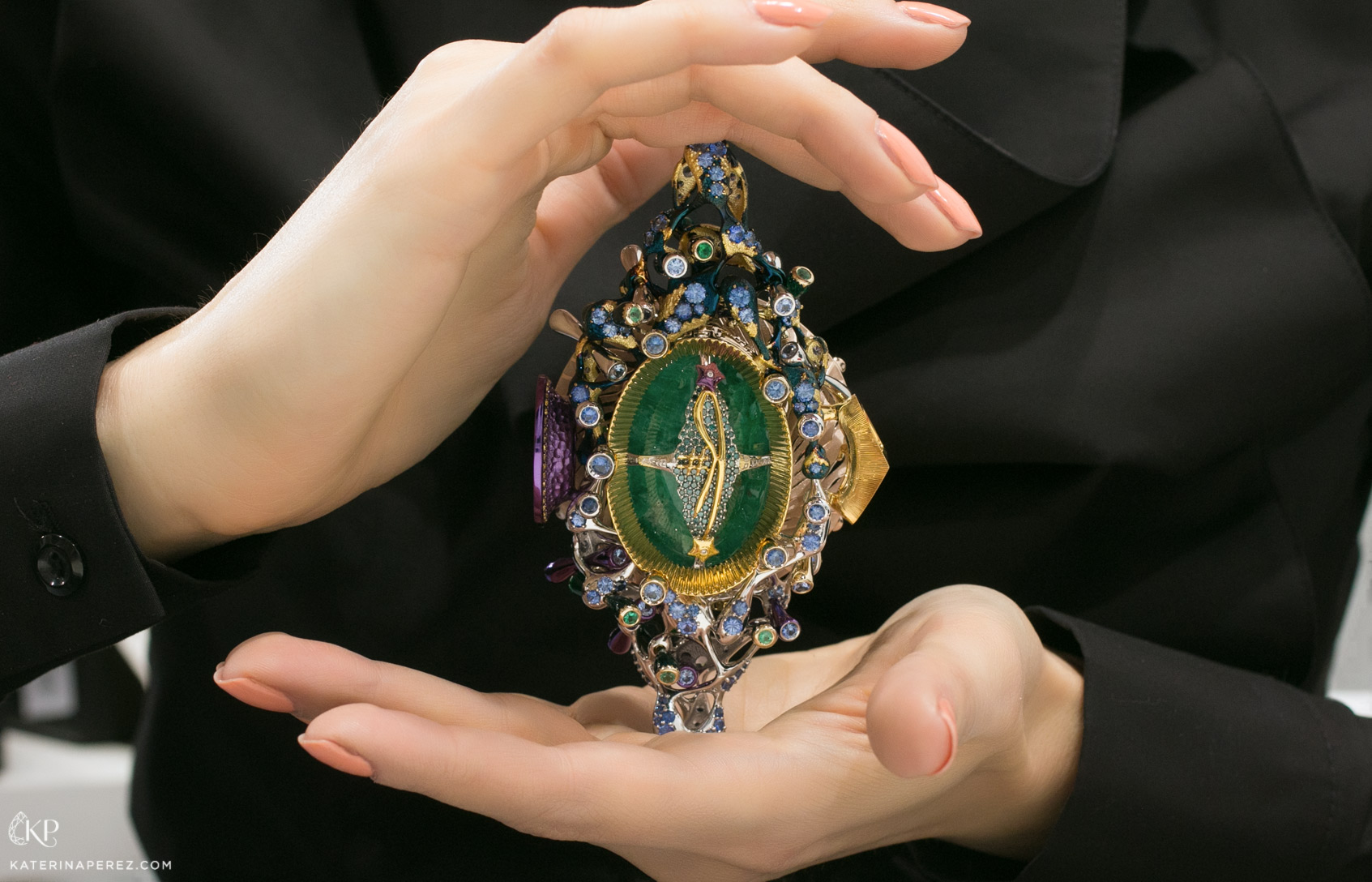 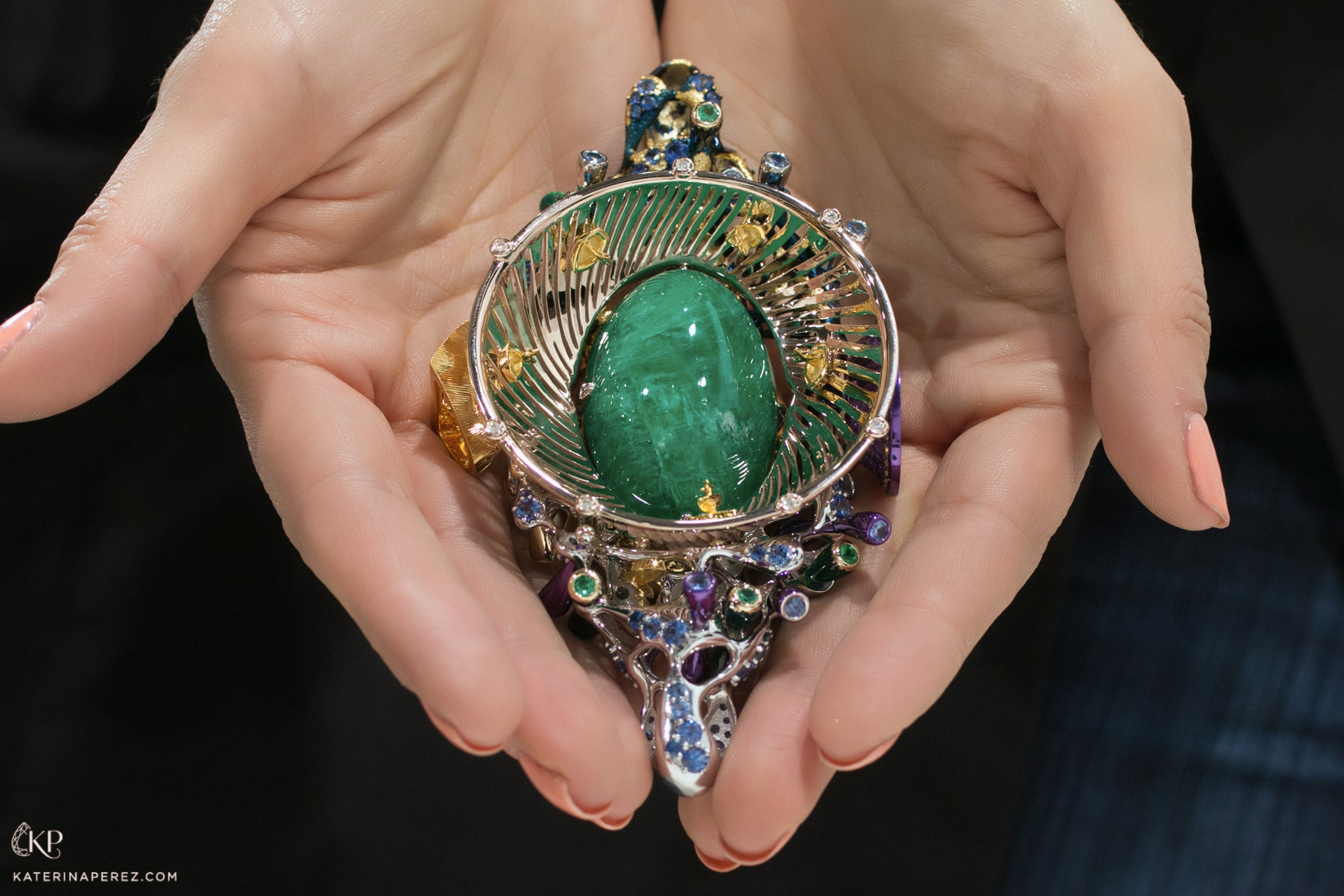 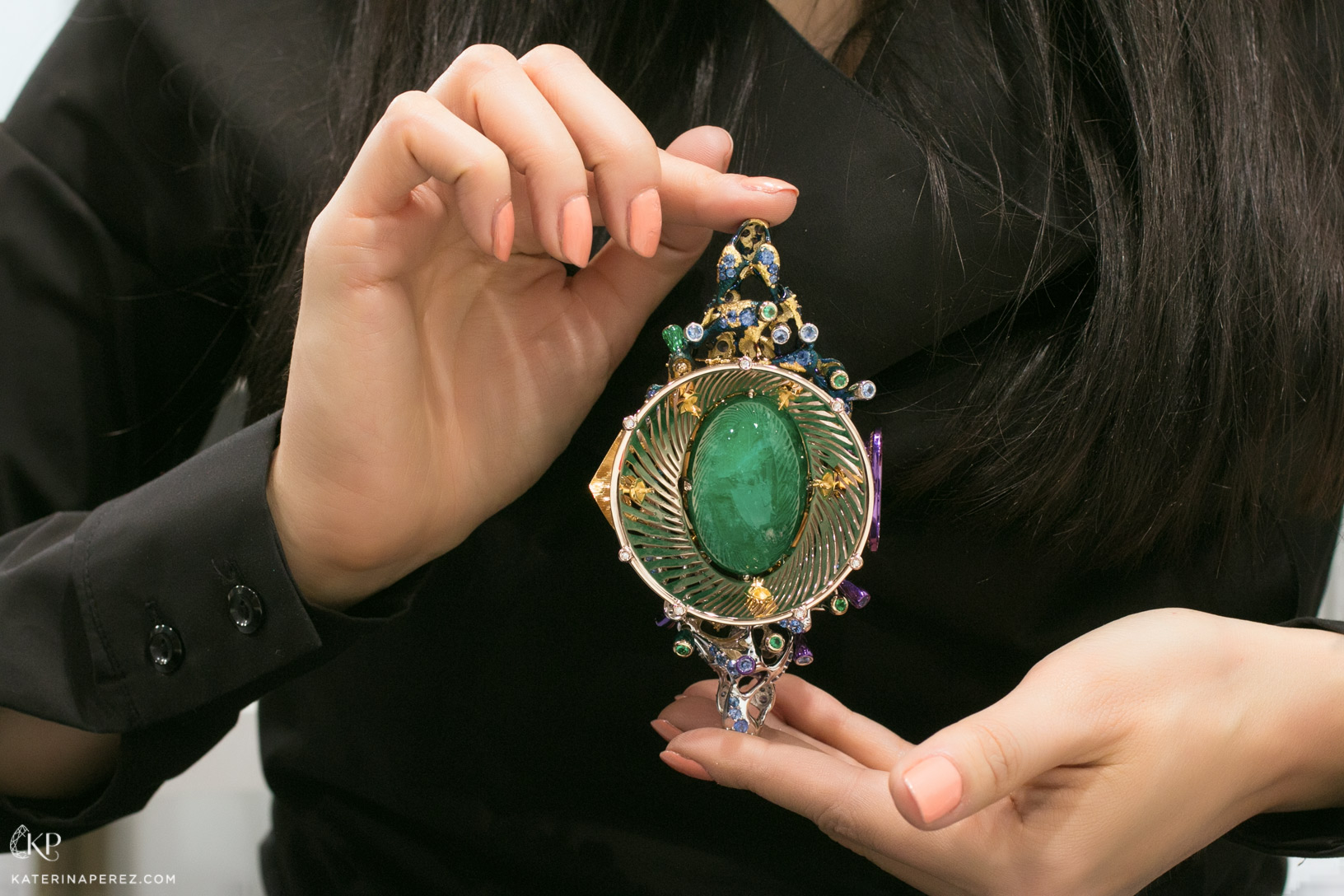 An incredible amount of decorative detail is gathered around the central stone. For example, oblong metal elements symbolising running seconds decorated with guilloché green enamel, sapphires, rubies, and colourless, black and green diamonds. A large circle with faces inside represents the dial, inside of which is the man himself (hence the “I” on the emerald). The oval on the other side reminds us of chaos,m and the purple and yellow elements on the sides symbolise the compass. And only the most attentive can find a gyroscope: take a closer look, in the depths of the pension there is a plane and a ship, hiding.

Every year RINGO presents a very special jewel, which is talked about for a long time after the “JUNWEX Moscow” exhibition, and the “Espacio de tiempo” pendant is no exception.