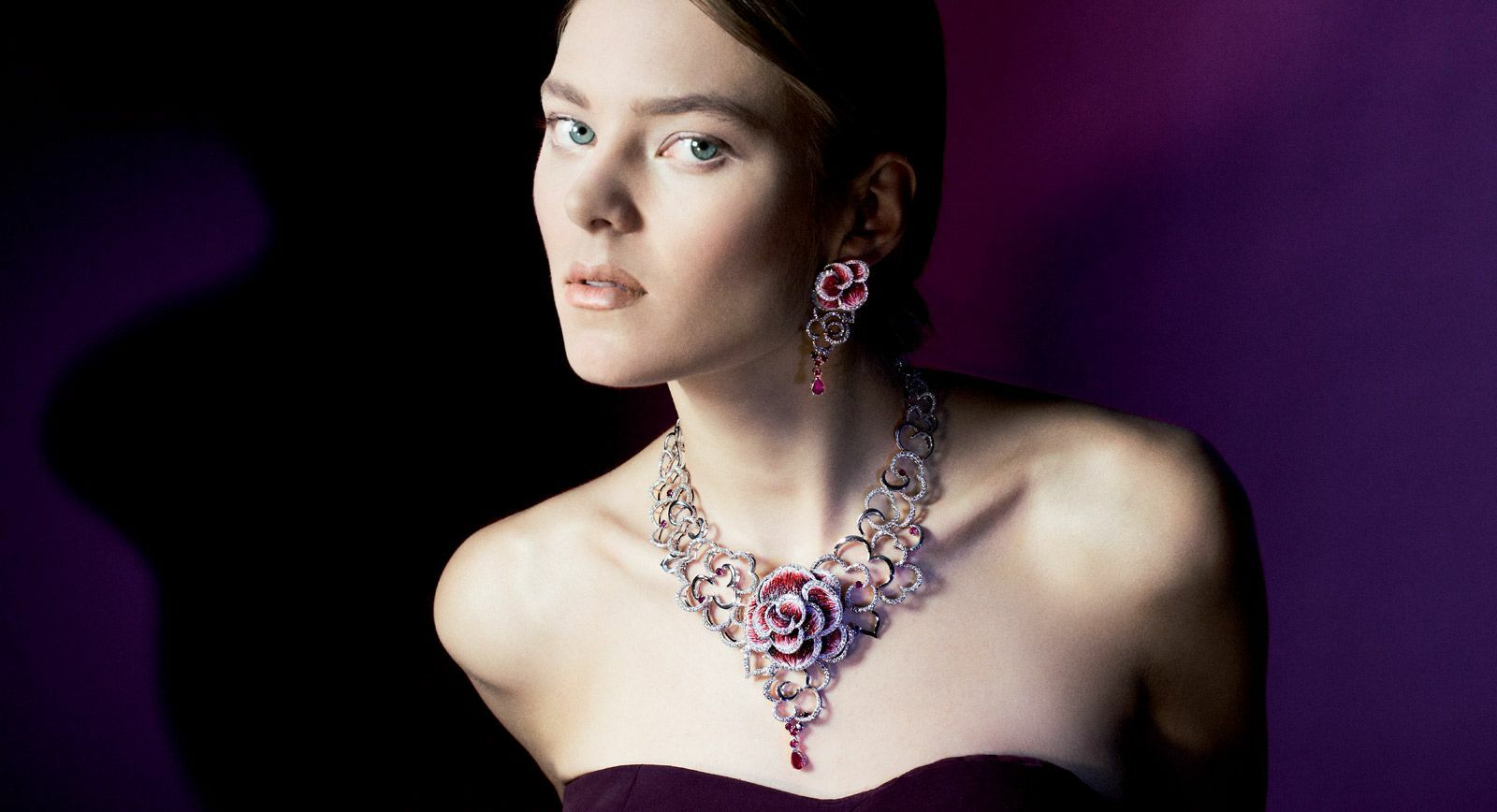 My last business trip of 2017 was on 13th December to visit a fascinating SICIS micro mosaic art exhibition. The exhibition was held in the small Italian town of Ravenna, the very place where this tradition of creating images on the walls with small pieces of glass and marble was born. This form of decorative art has also been practised by jewellers, granting SICIS jewellery and watches a separate room as part of the exhibition.

In honour of their 30th anniversary, the Italian company converted the Palazzo Rasponi Delle Teste into a Mecca for micro mosaic masterpieces. Constructed in the 15th century, the white marble rooms with their high ceilings were perfectly suited to realising the ideas of the exhibition’s organisers, creating a space in which the animated mosaic images designed by SICIS could be projected onto the walls for varying periods of time. 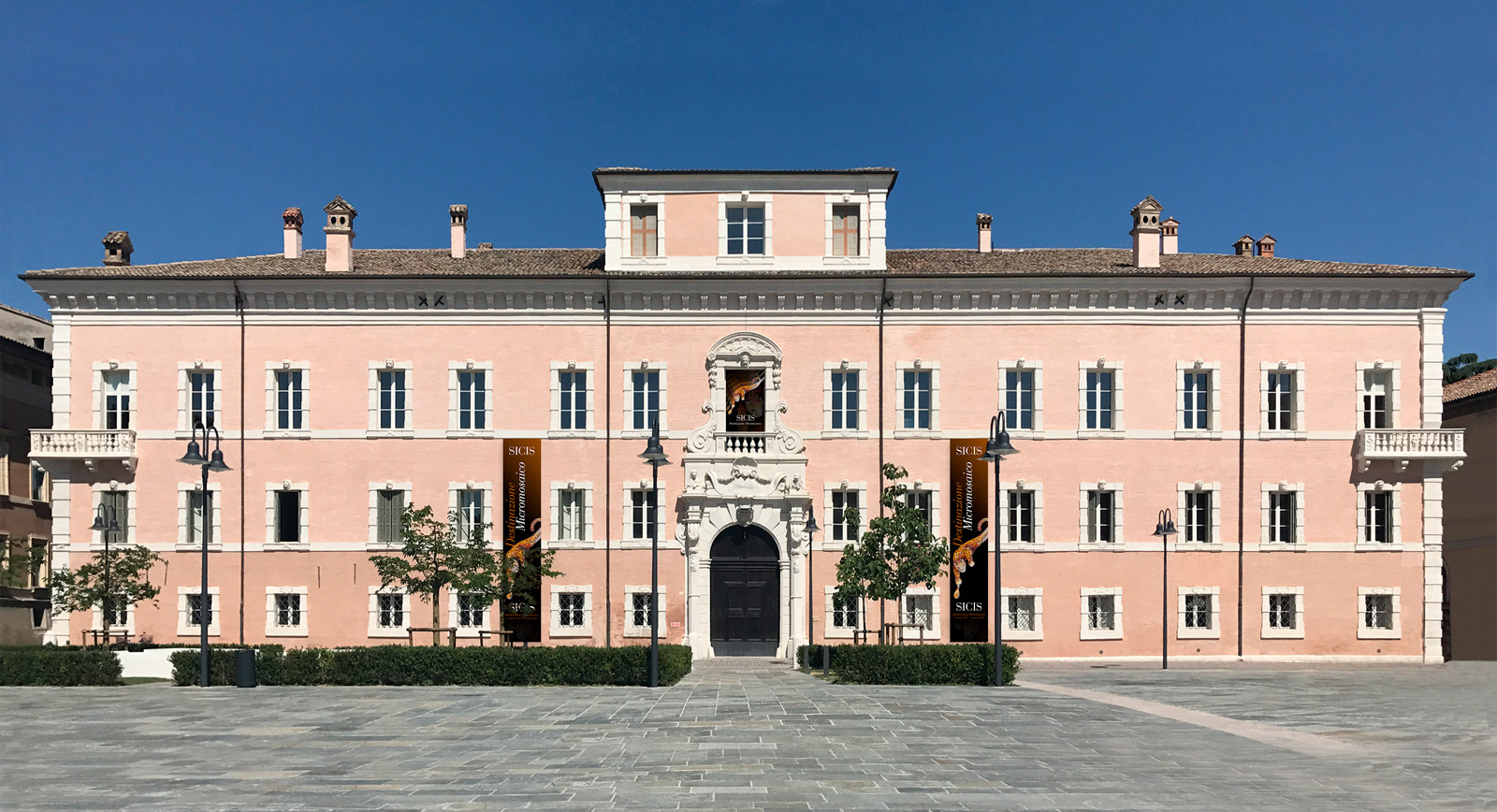 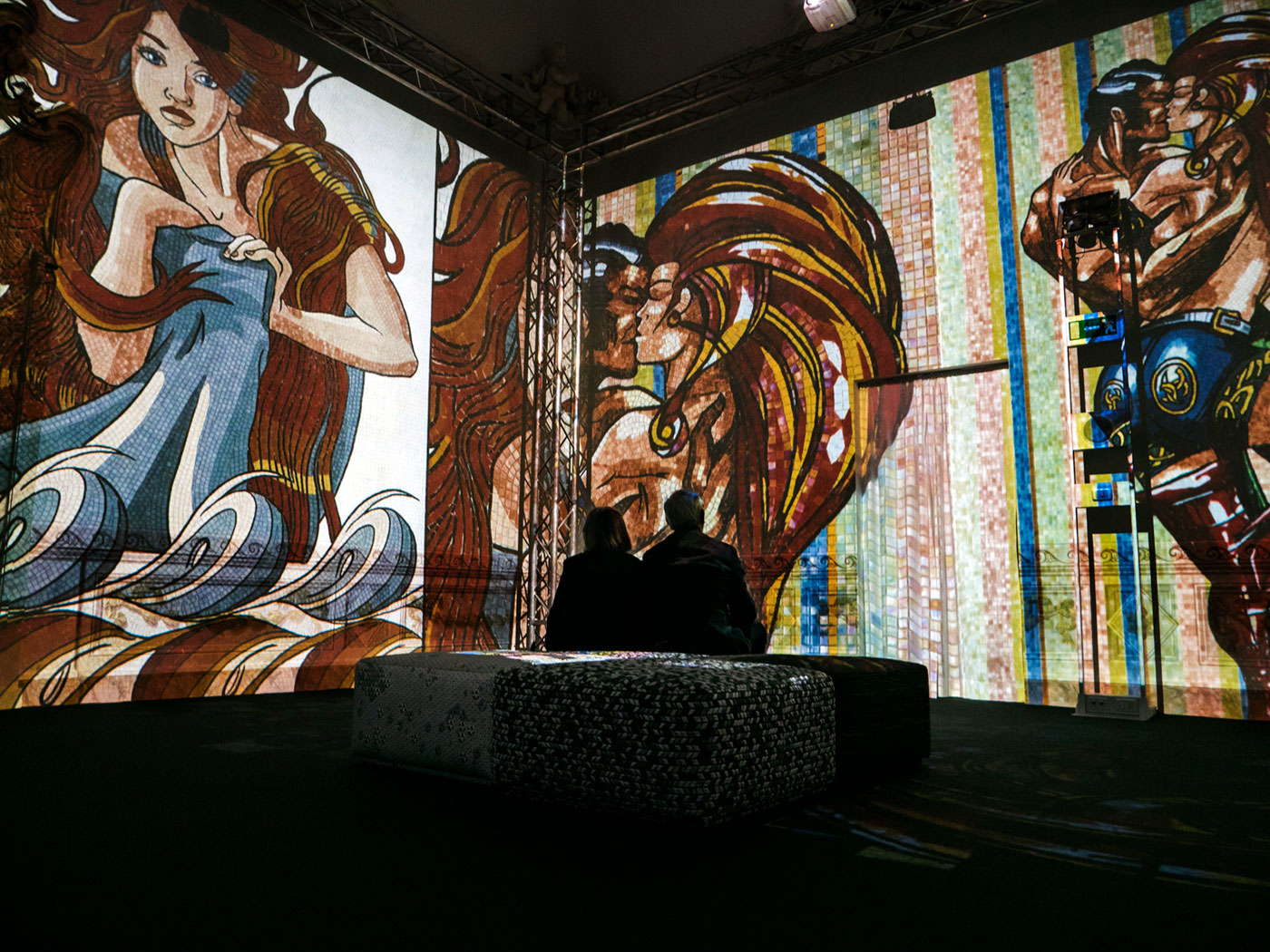 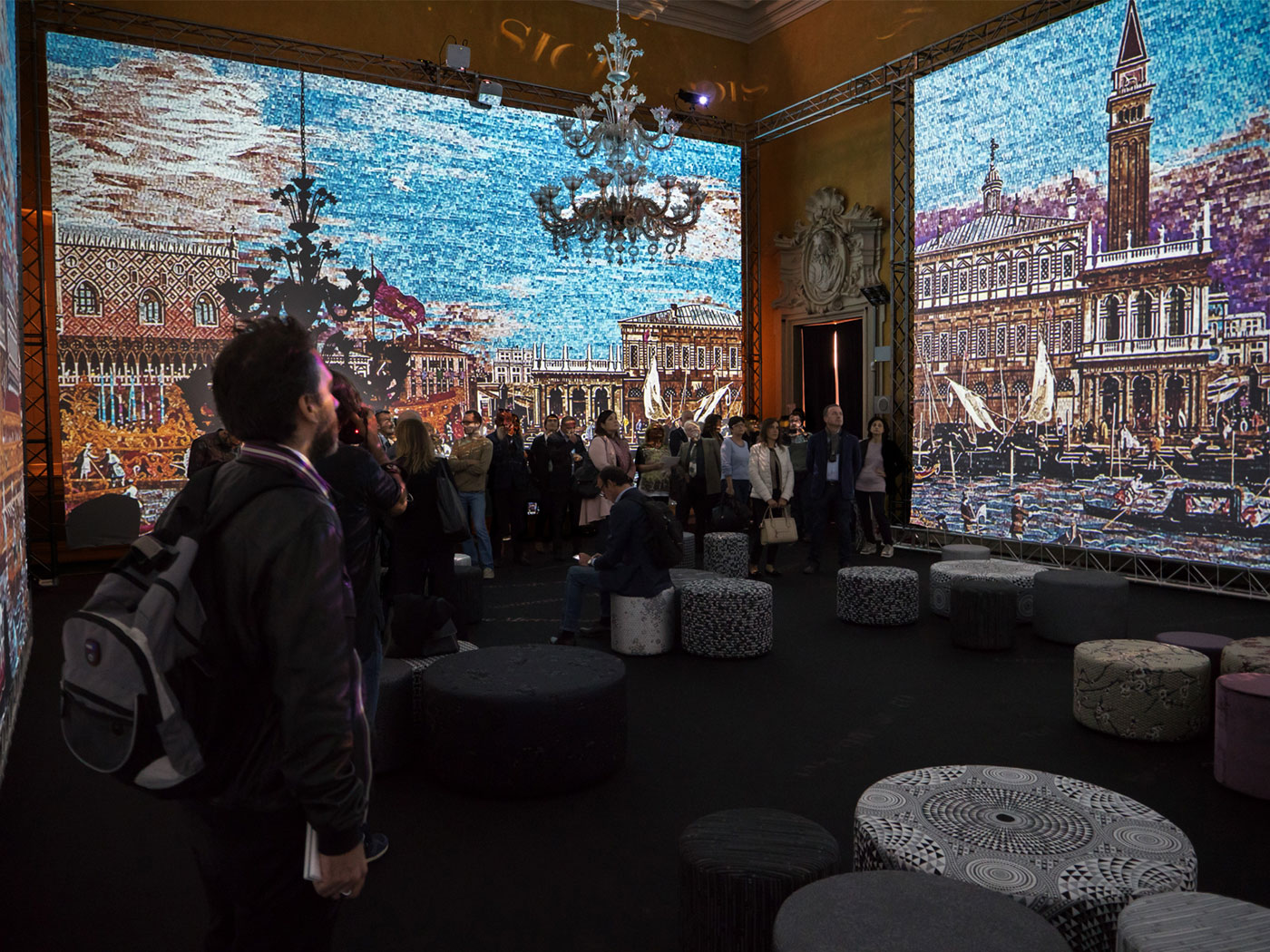 At the entrance to the Palazzo, I was greeted by a statue - a figure which appeared to be hidden beneath the cover of a golden  mosaic. It seemed to indicate the way to the grand staircase which had to be climbed to reach the main exhibition rooms. The high walls around the staircase and the ceiling were covered in digital frescos that shifted from one image to the next. With each step, I witnessed representations of famous faces from different eras – this was the first stage of my immersion into the captivating world of SICIS. 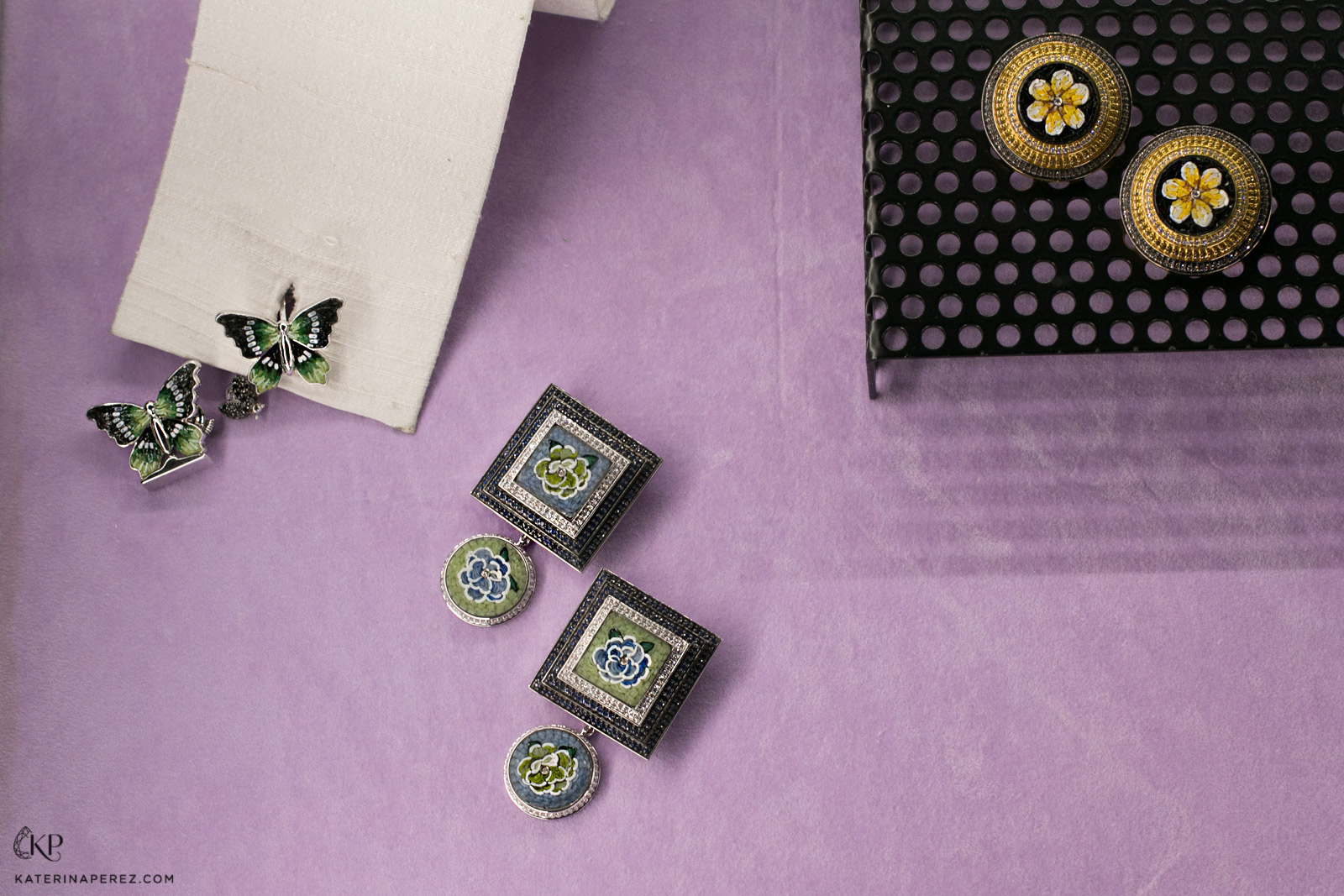 The entire exhibition was split into 8 sections. The Origin, The Material, The Mosaic Master, The Heritage, The Innovation, The Micro Mosaic, The Room of Beauty, The Mosaic Sea and The Library. In the first room, I was surrounded on all sides by television screens which ran footage from different points in the development of SICIS, documenting the processes behind creating micro mosaics. In the second room, you could get to know the craftsmen of the Italian company through a series of interviews and by watching them at work. Roughly 75 people create mosaic masterpieces by hand on a daily basis in the Ravenna headquarters. The workplace of those who affix the mosaics - which can be several metres long - is an extensive two storey hall. To see the results of their work, the artists have to go up to the second floor and study what they have done so far from above. 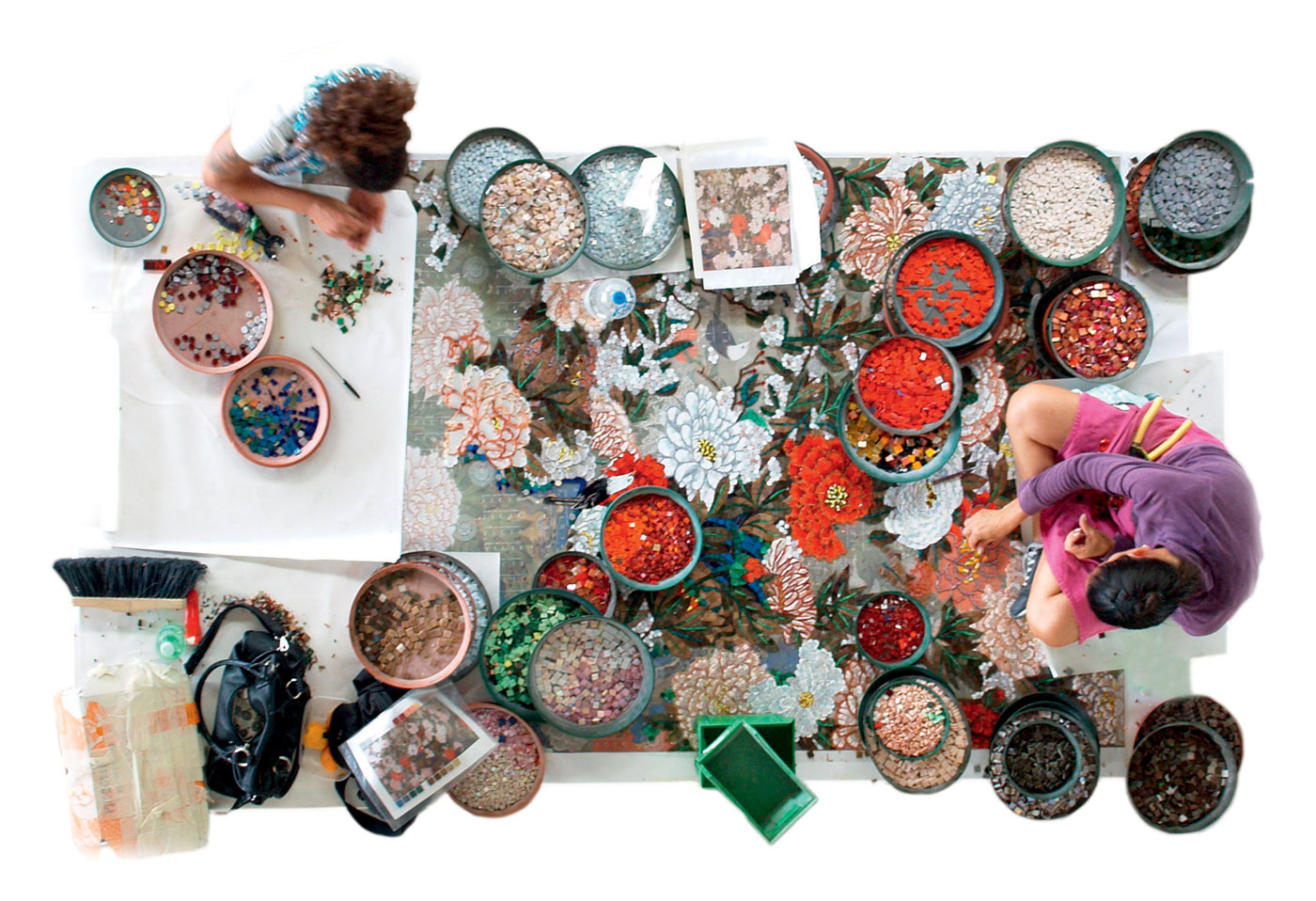 I think that the question every visitor of this exhibition must ask themselves is: why create a mosaic? The answer to that can be found in the third room, where there are vessels made of different materials: marble, glass and steel. It is from these that the craftsmen cut square-shaped pieces that will then become the building blocks of the mosaic picture. Using these, you can create practically any image you want. For this reason, during the company’s lifetime, the artists at SICIS have fashioned ancient Greek and Roman imagery (which can be viewed in the fourth room) as frequently as they have developed modern artistic variations: comic books, pin-up pictures, pop art and avant-garde works (to which the fifth room is dedicated). 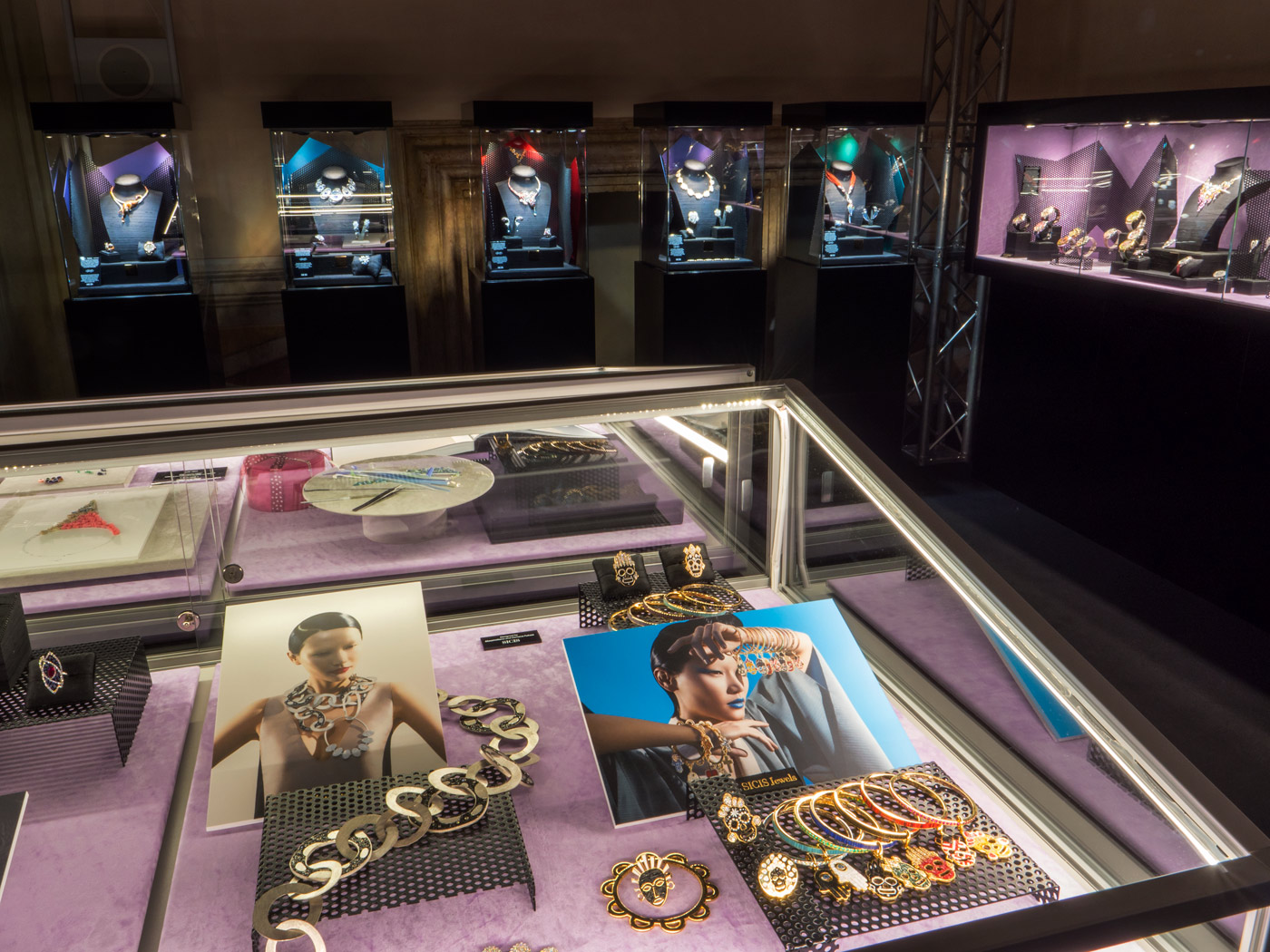 I spent the majority of my time in the sixth room, which exhibited work that reflects a relatively new direction for SICIS: jewellery and watches. The company only started to develop this workstream around 7 years ago, and the jewellery made by the Italian brand is already famous all over the world thanks to its distinctive nature. Every jewel is a miniature work of art that can be worn on the ears, neck or hand. Repetition is something which is not in the SICIS vocabulary, and they could never do it because, by nature of creating everything by hand, it is impossible for the artists to make pieces that are identical. 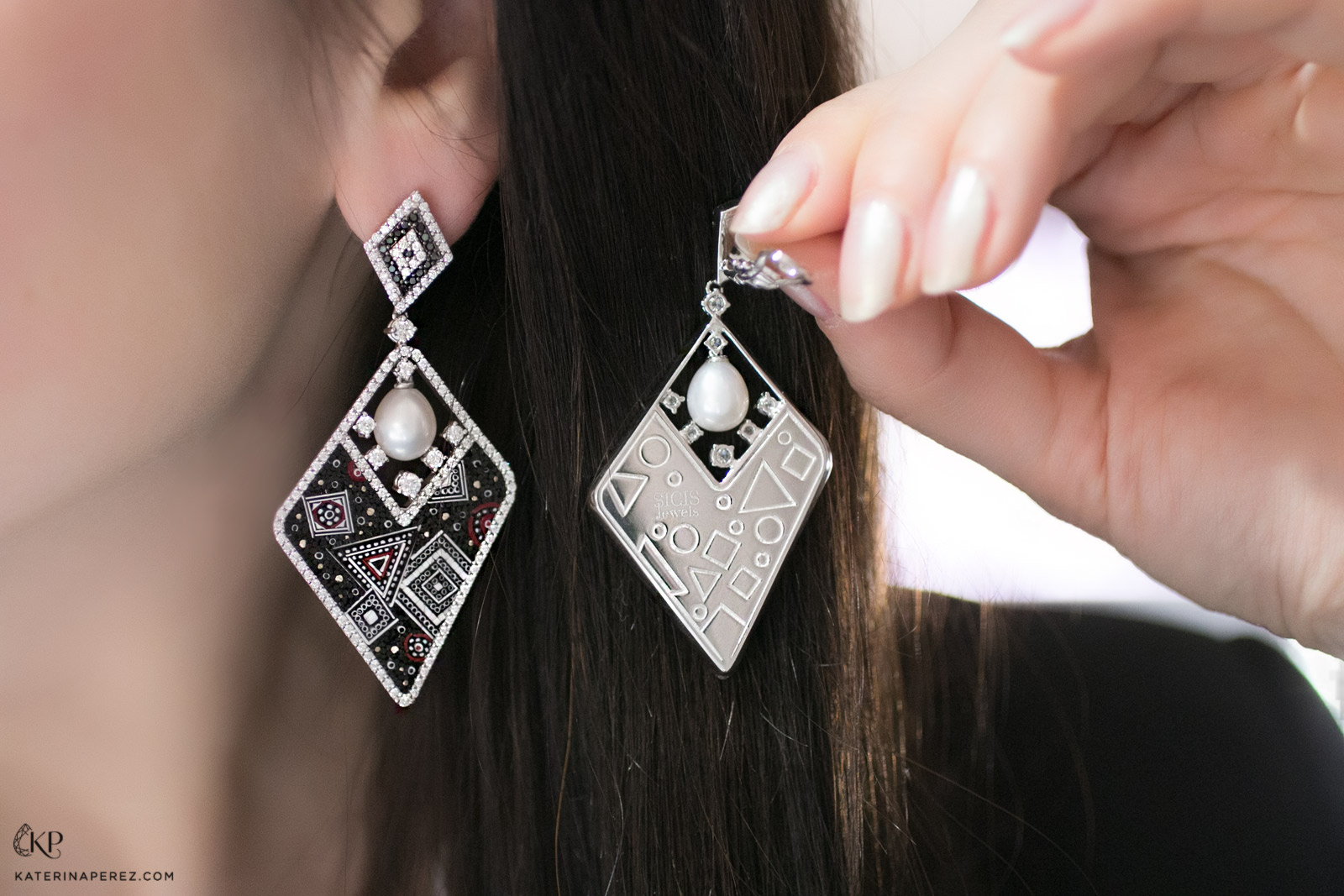 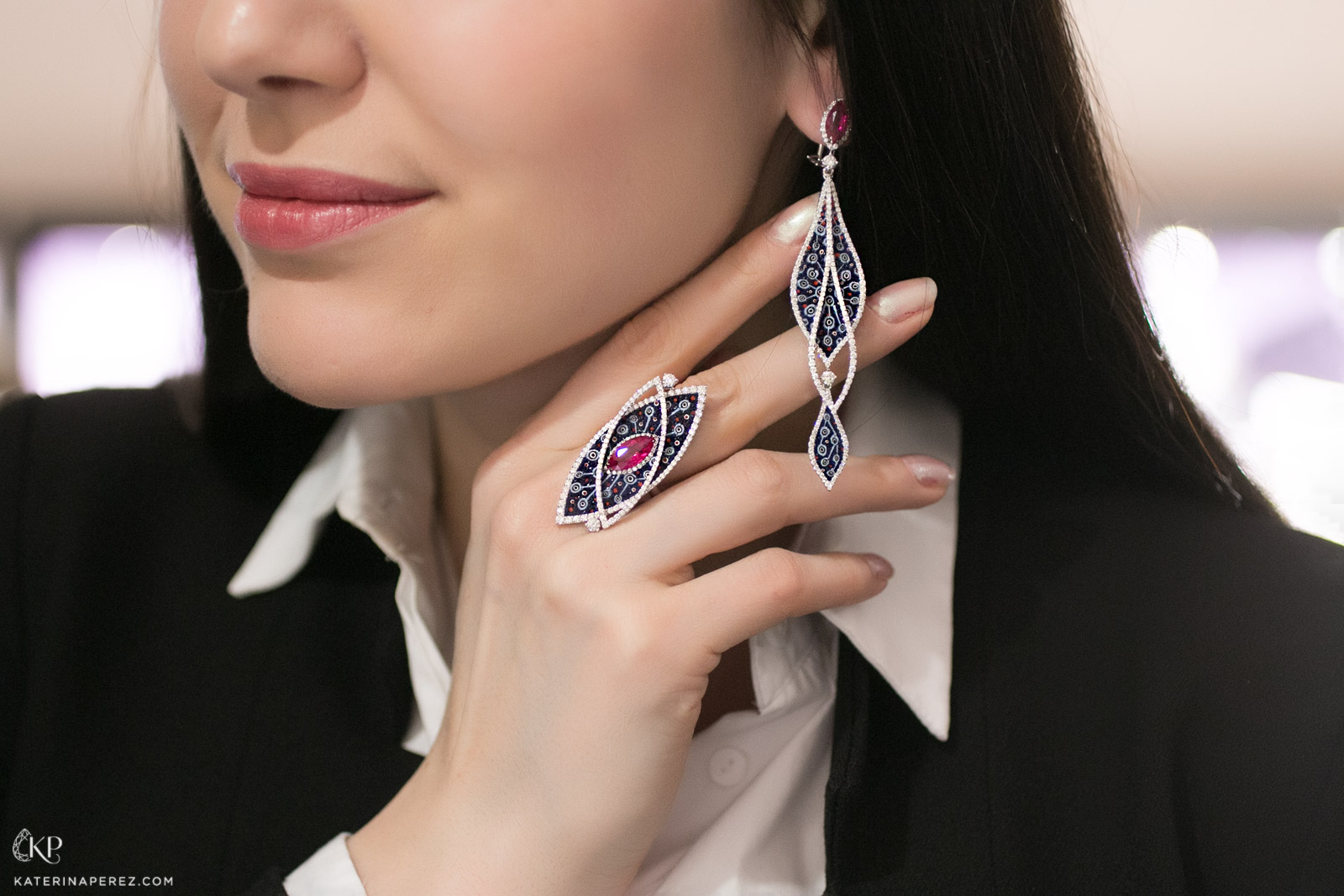 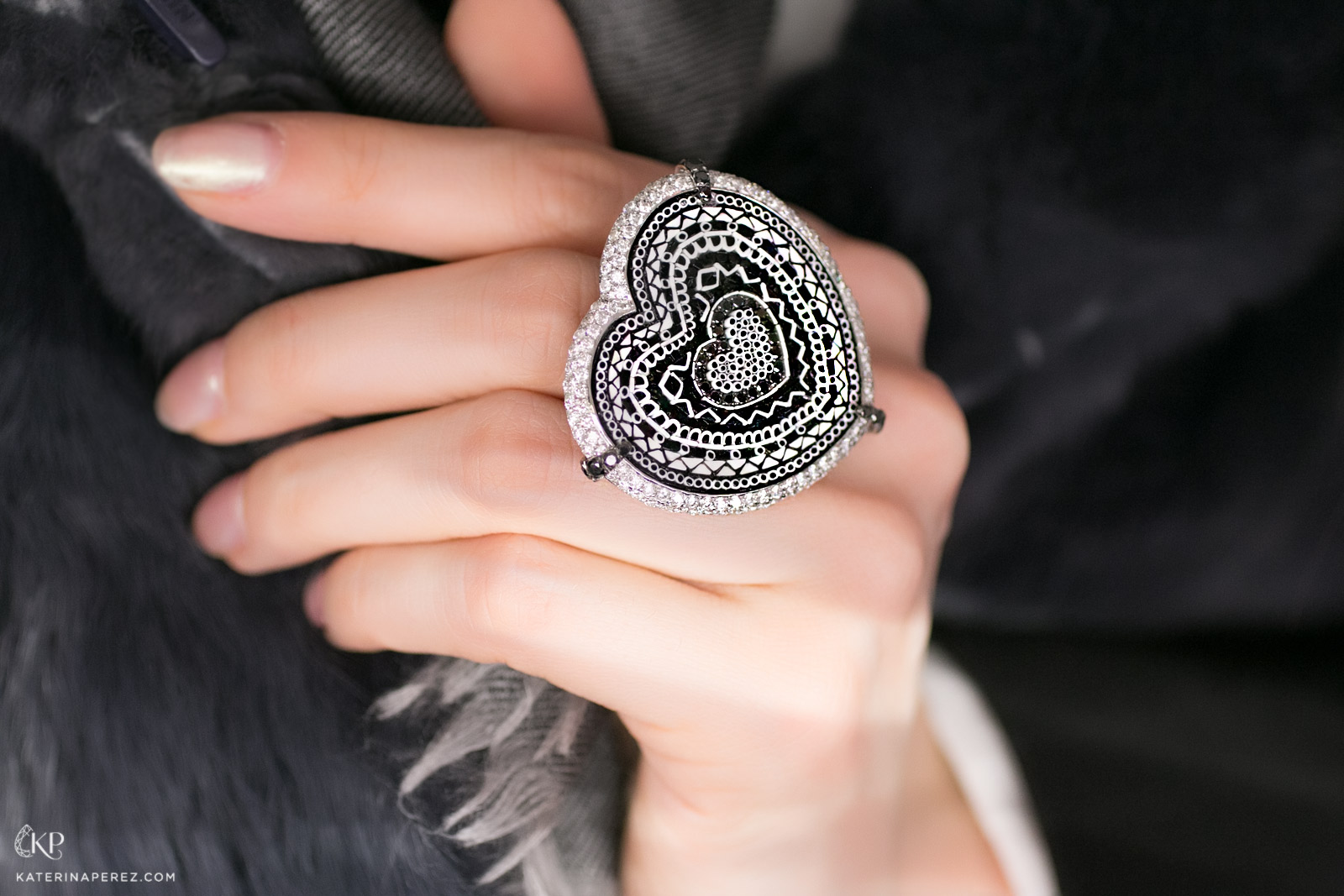 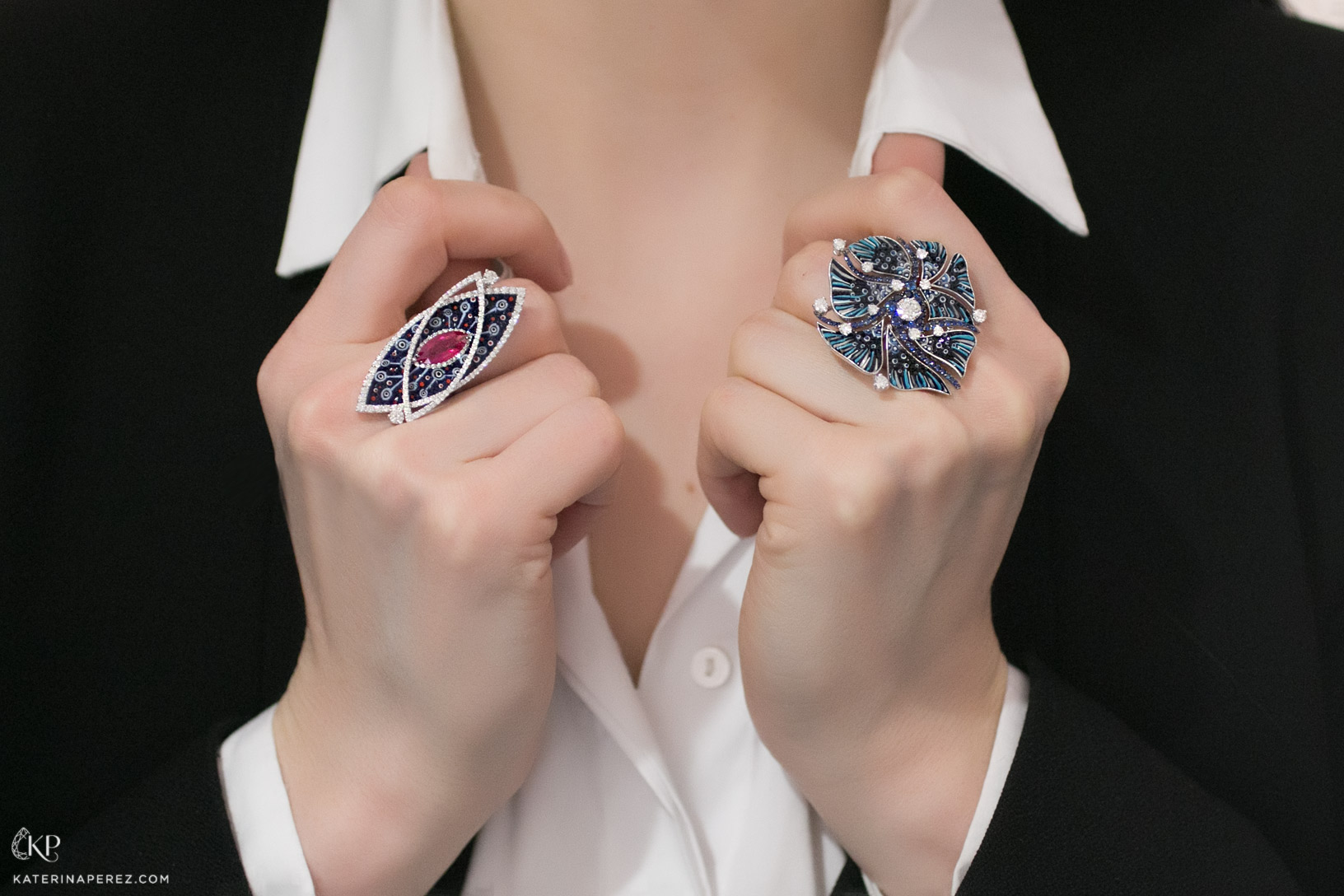 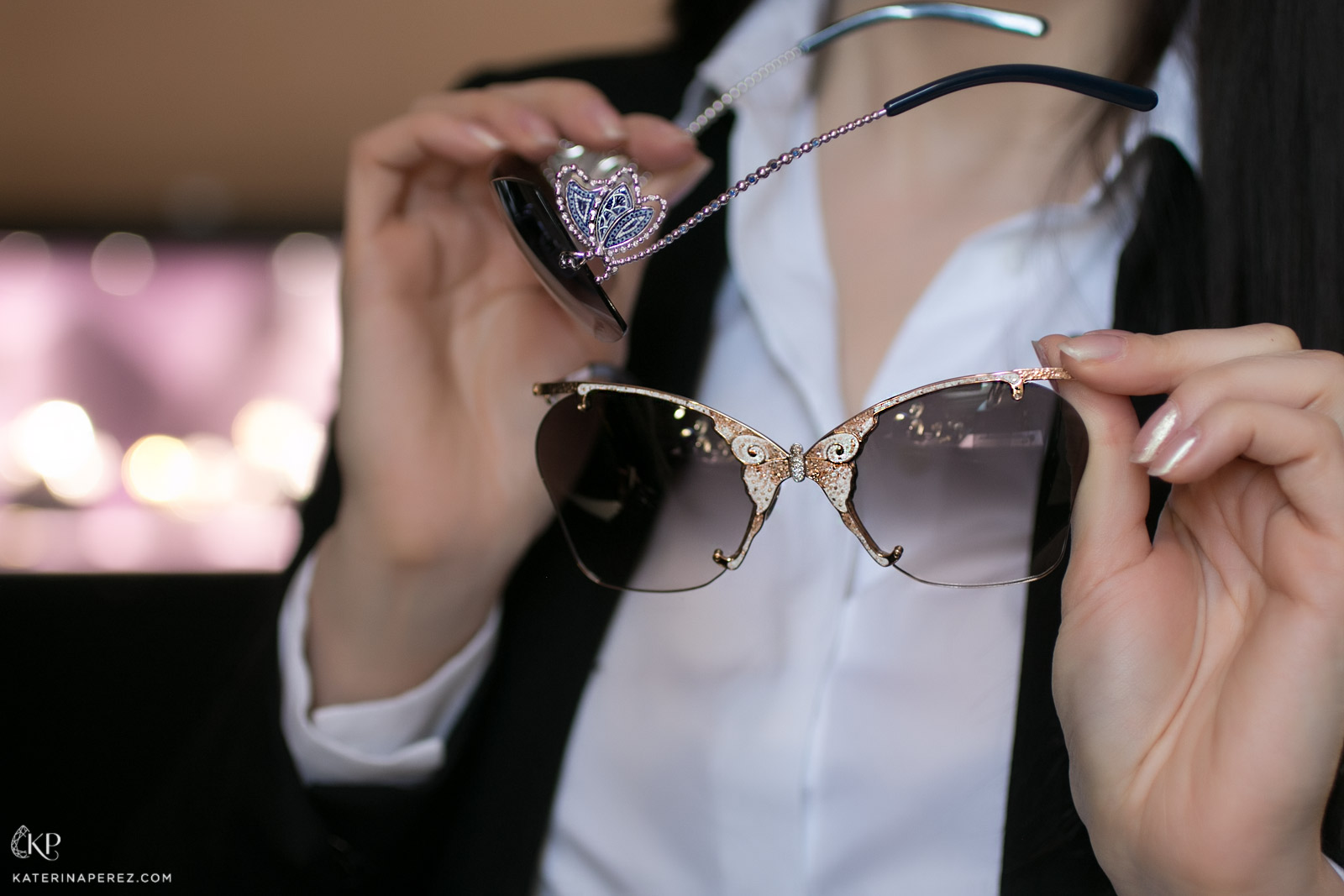 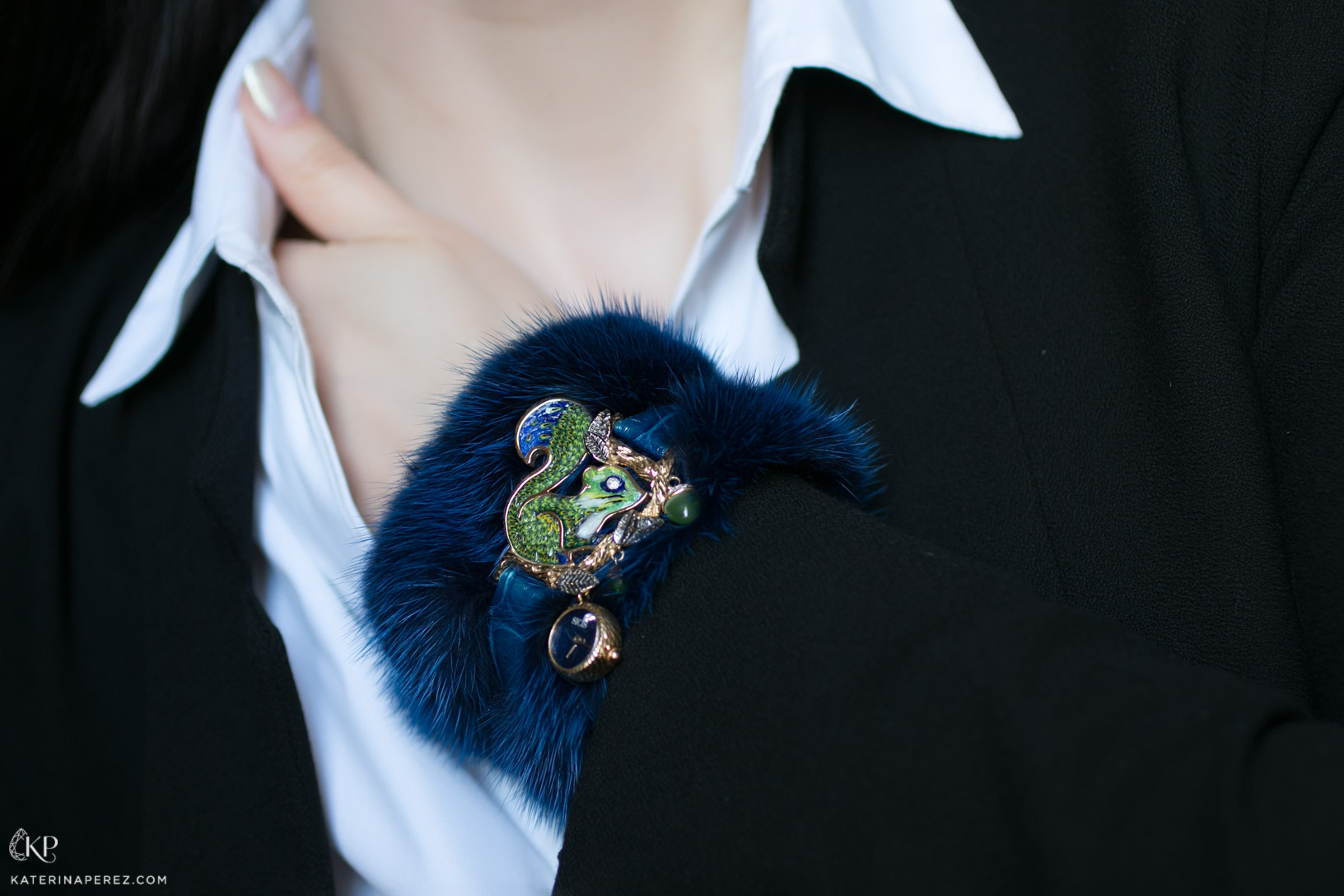 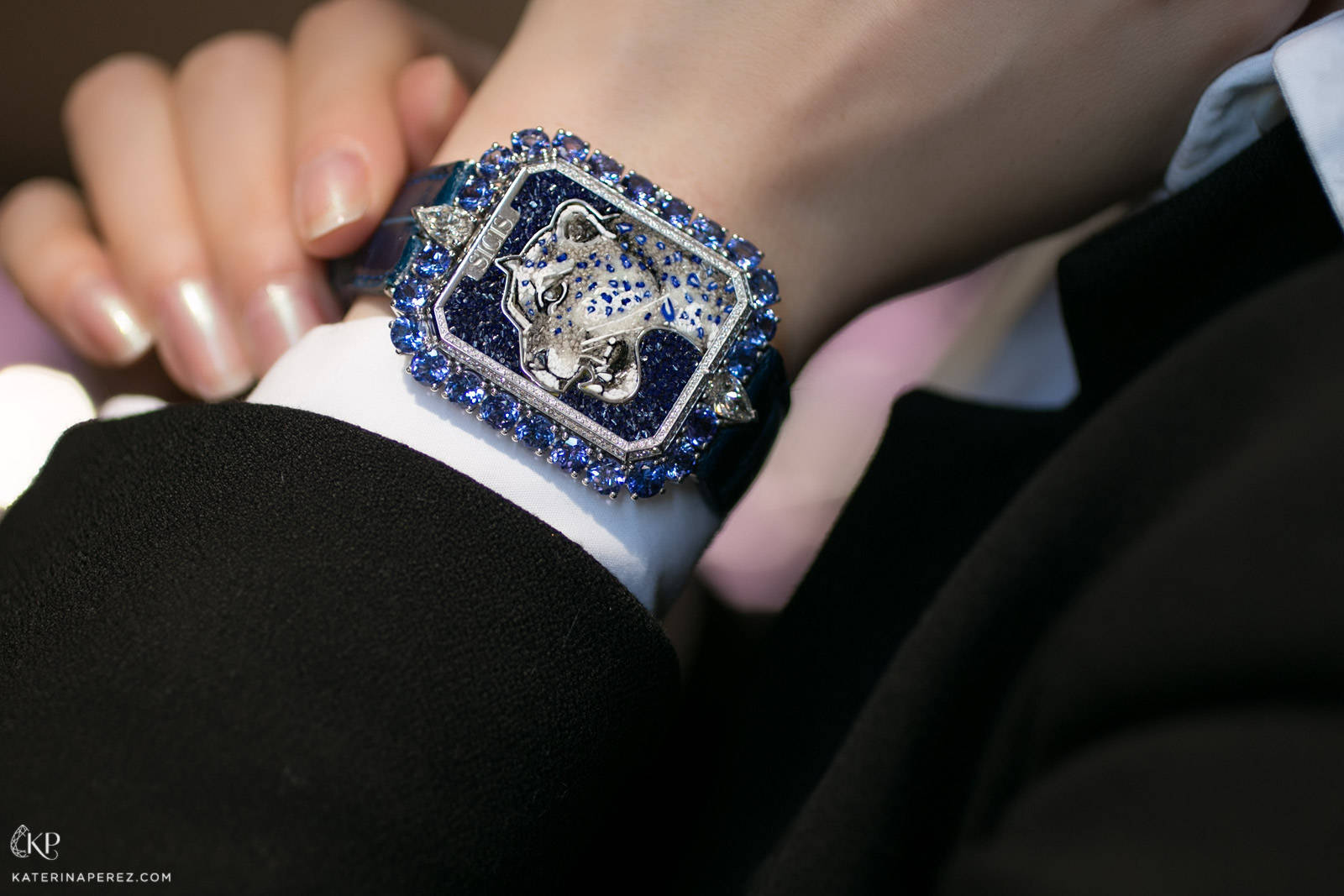 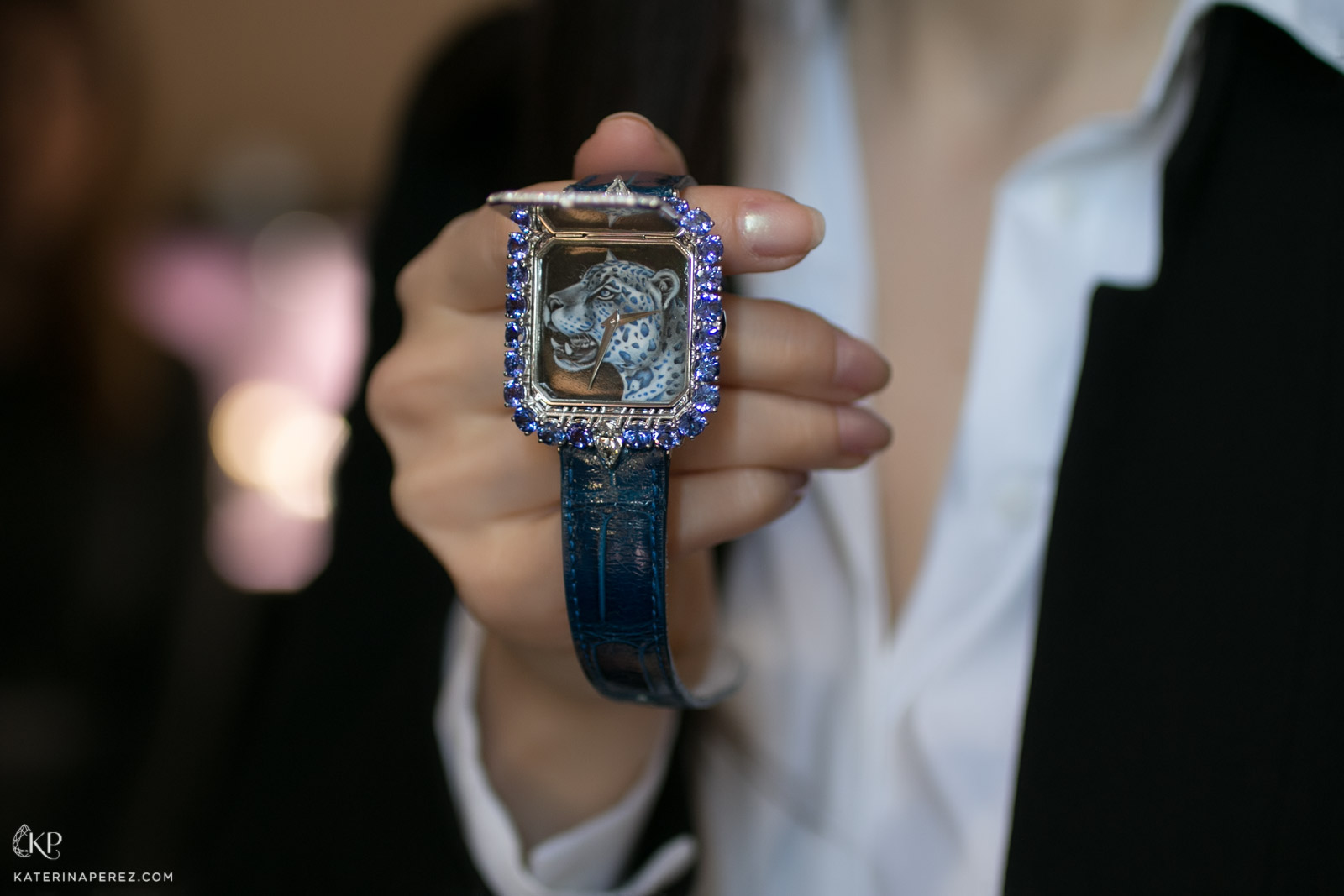 So how do they make the jewellery? The curators of the exhibition displayed this by taking the Bluebells Fall necklace as an example, exhibiting it behind glass along with a set of jeweller’s tools. At first, delicate shanks - both elongated and round in shape - are extracted from various shades of glass which are then carefully cut into tiny pieces. These are then placed, one after the other, into gold 'pockets’ of different shapes; in the case of the Bluebells necklace – small flower buds. 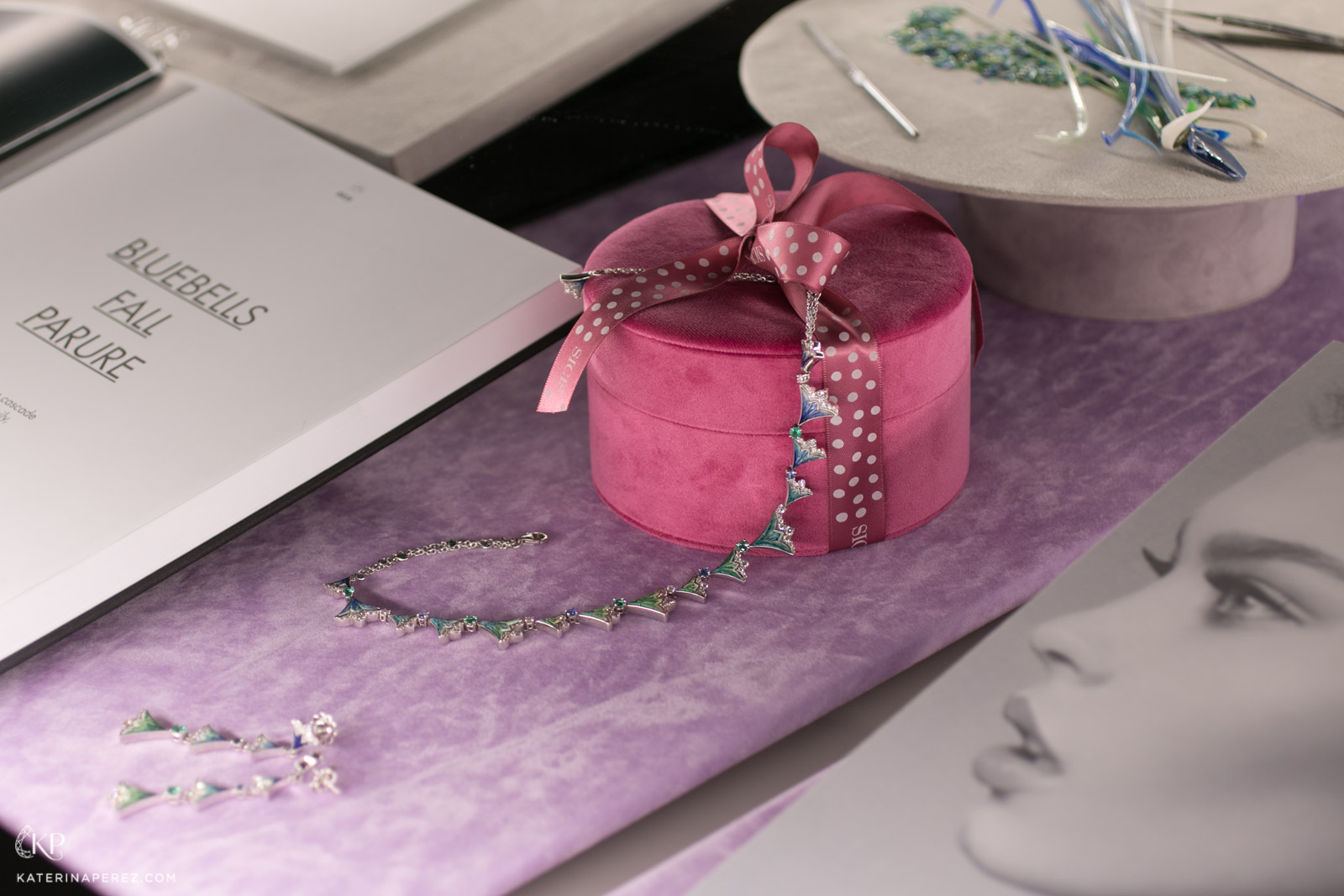 Beyond the room containing jewellery and watches were a further three, where visitors could plunge into a virtual swimming pool and look into the SICIS archives. You still have time to see all of this with your own eyes whilst the exhibition is open, until 7 January 2018.