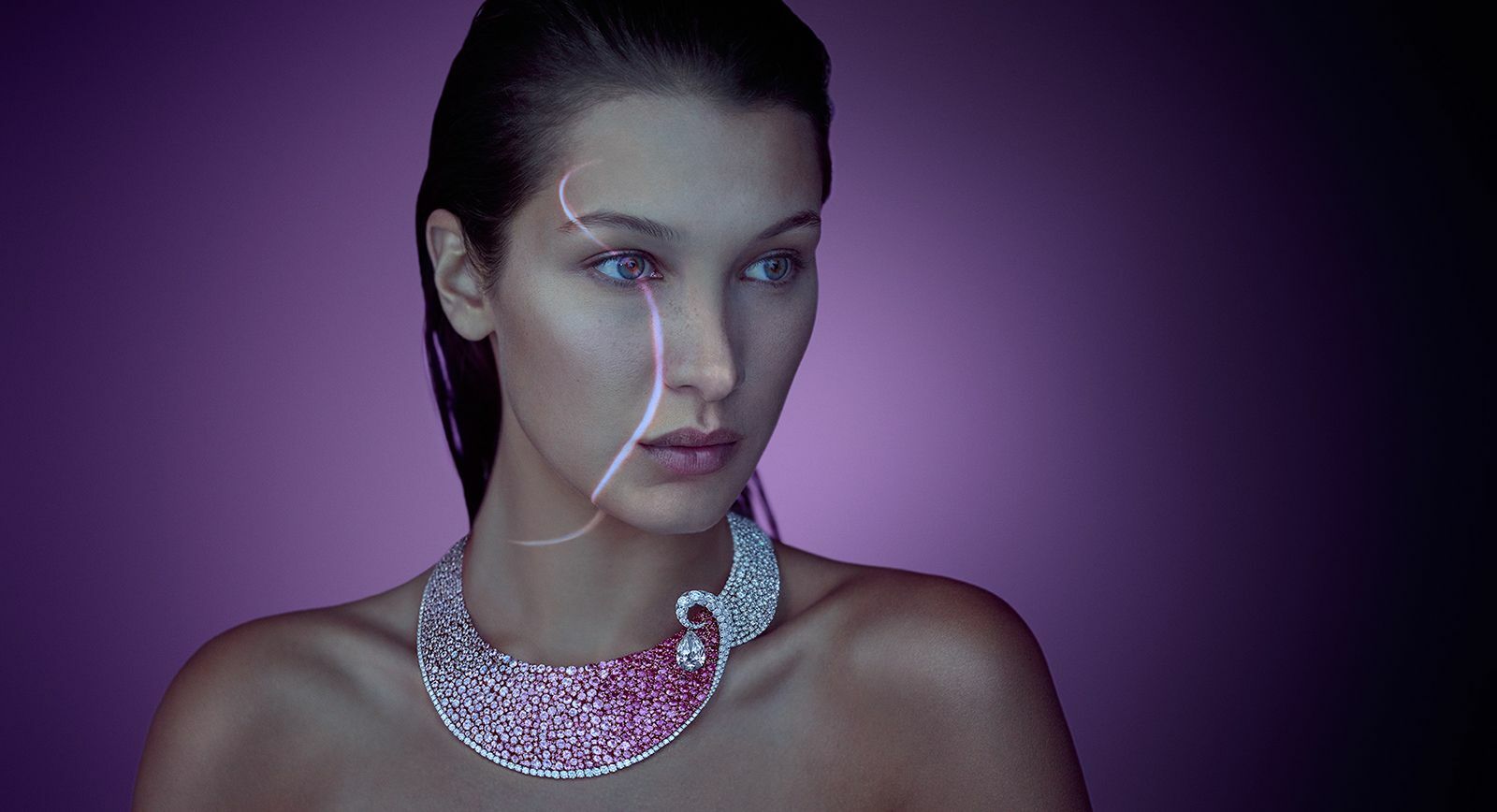 The name of the Swiss fine jewellery house Boghossian is synonymous with audacious and artistic designs. It was established in 2007 by Albert Boghossian, a man with a unique creative vision who seeks inspiration in diverse cultures and timeless art.

Albert and three other members of the Boghossian family established Boghossian (former BOGH-ART) as a brand with the aim of becoming more than “just another jeweller”. They divided their collections into “three angles of Boghossian” which include the finest and rarest gemstones, ‘Art of Inlay’ jewellery, and visually intriguing pieces fashioned with new materials. 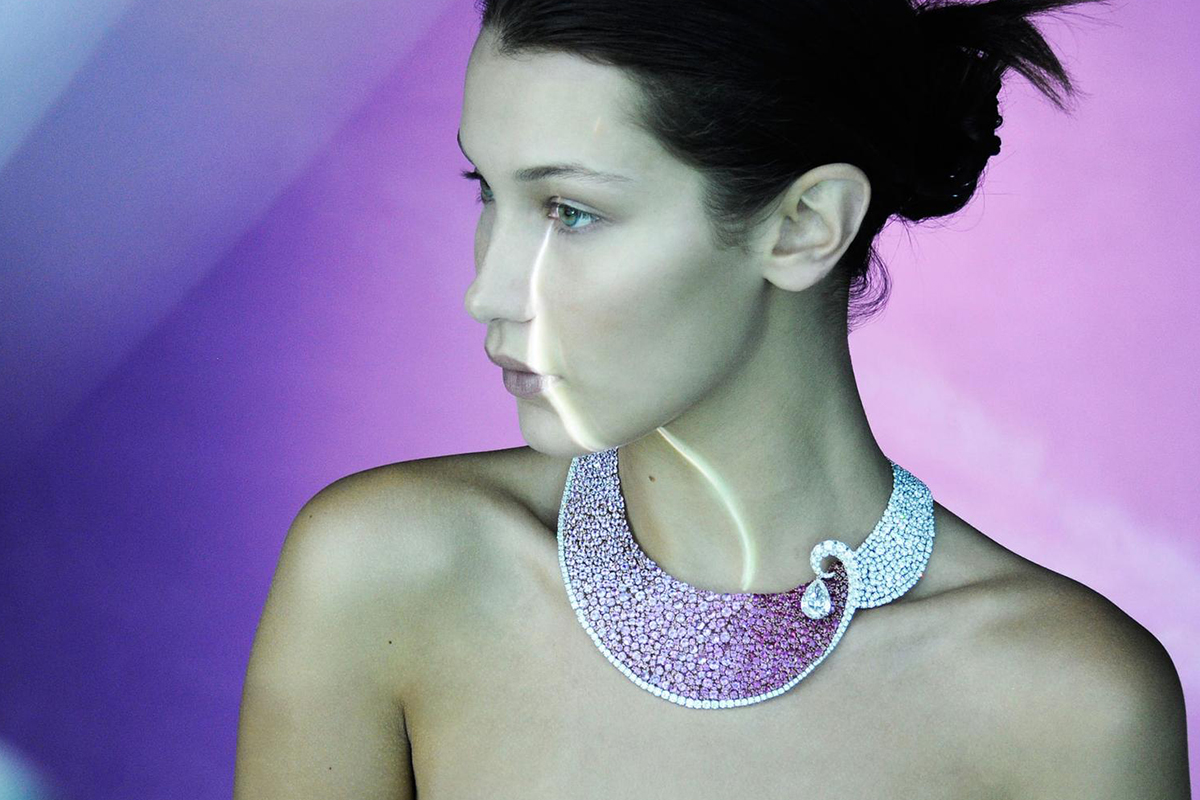 The founder’s nephew, Roberto Boghossian, is based in London where a Boghossian boutique opened in November 2013. He talks to me about the heritage of Boghossian and its intricate jewellery techniques that set the maison apart from every other designer.

“The origins of my family history date back to the early twentieth century, starting with the life of Ohannes Boghossian who escaped the Syrian dessert and settled as a goldsmith in Aleppo, Syria’s largest city. By the late 50s, he was the owner of his own workshop and soon expanded this family enterprise with two more jewellery shops in the thriving economy of Beirut,” recounts Roberto Boghossian, talking about the roots of the Boghossian as we know it today. 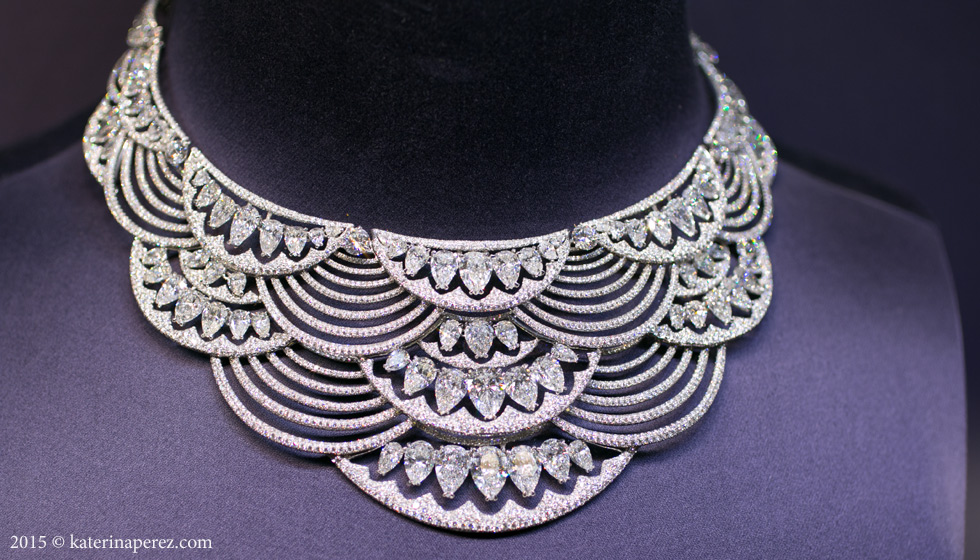 Ohannes became one of the biggest traders in large diamonds and pieces of jewellery sourced from Middle Eastern and Asian kingdoms. His son Robert and grandson Jean carried on his legacy. “In 1970, Jean decided to take the business in a new direction and after numerous travels throughout India, Thailand and Colombia he became a pioneer in introducing coloured stones to the Middle Eastern markets,” continues Roberto. “He became one of the largest purveyors of stones to the most famous jewellers of Tehran and the Gulf.”

In 1975, the family company opened their first European office in Antwerp, the world’s diamond centre and two years later Albert, Jean’s younger brother, joined him. “He [Albert] brought a new dimension to the family business through the creation of high-end jewellery specially designed for the prestigious European jewellery houses and private collectors,” says Roberto, as if to emphasise the time when Boghossian’s DNA was formed. 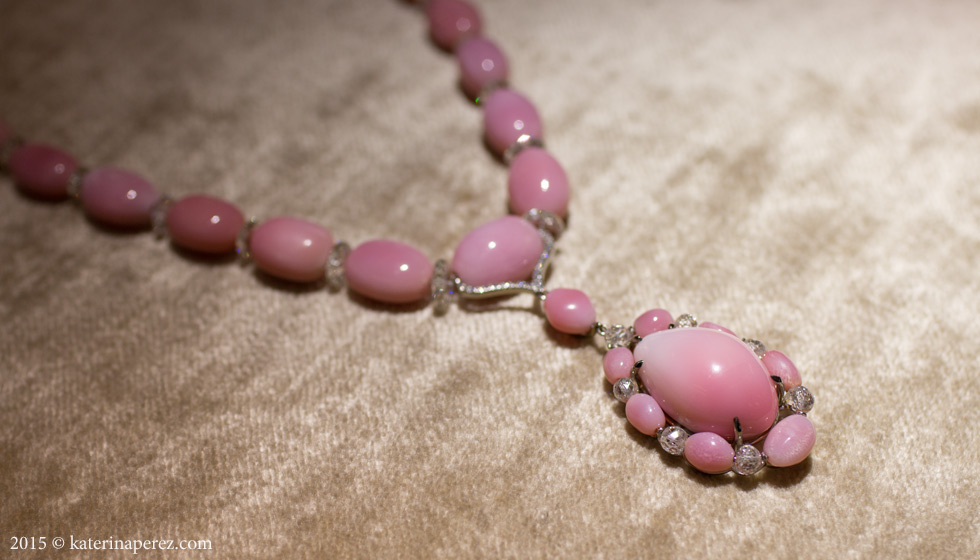 It was not until 2007 that the launch of Boghossian (BOGH-ART then) as a brand took place after Roberto and his brother Ralph came on board. They “felt that it was the right time to stop working behind the scenes crafting pieces for other jewellers and private collectors. Throughout the years we had formed our own style based on “three angles of Boghossian” as we call it. We were ready to share our creations with a wider audience, those who were seeking exquisite, refined, yet unconventional jewellery”.

This is exactly how Boghossian jewellery can be defined. Rooted in tradition but looking to the future with new materials and new techniques that will do justice to the beauty of the gems they use, Boghossian creates wearable works of art. “The inspiration behind the designs is a merger of East and West, where arabesque styles and oriental motifs are blended with European aesthetics for a contemporary feel,” says Roberto describing the jewellery. “We are breathing life into traditions lost, making the ‘Art of Inlay’ the house’s signature style.” 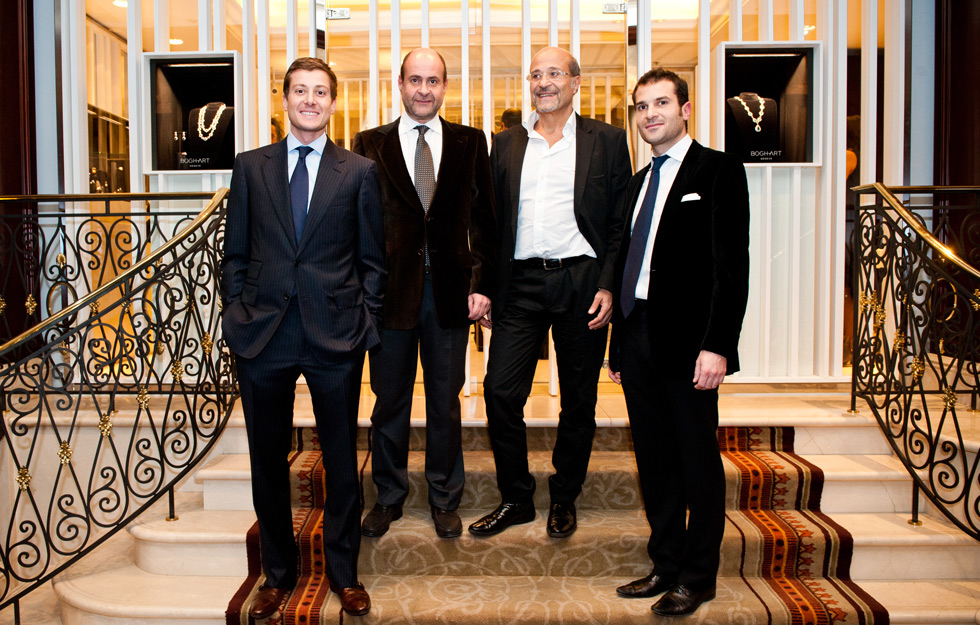 So what is the ‘Art of Inlay’? It is a way of working with precious or decorative materials by inserting contrasting elements into each other to create a visually intriguing design. This technique originated in Ancient Egypt under the Pharaohs and was mostly used in architecture with the finest example being the Taj Mahal. This architectural masterpiece is widely recognised as “the jewel” of Muslim art in India and it has inspired numerous Boghossian pieces.

“Taking the same concept used for the embellishment of Mughal’s Taj Mahal, we introduced materials that are more precious and more delicate to manipulate. After we have selected the gems and decided on the colours to use, each stone is meticulously carved and shaped, then set directly into the next one to create an alluring contrast and colour,” explains Roberto illustrating this intricate technique. Despite its ancient roots, the ‘Art of Inlay’ requires a precision comparable to the finest watch-making. In order to show off the beauty of their gems, jewellers minimise the amount of metal they use, truly allowing them to reveal the gems’ tonality and brilliance and to create the illusion of a single body. 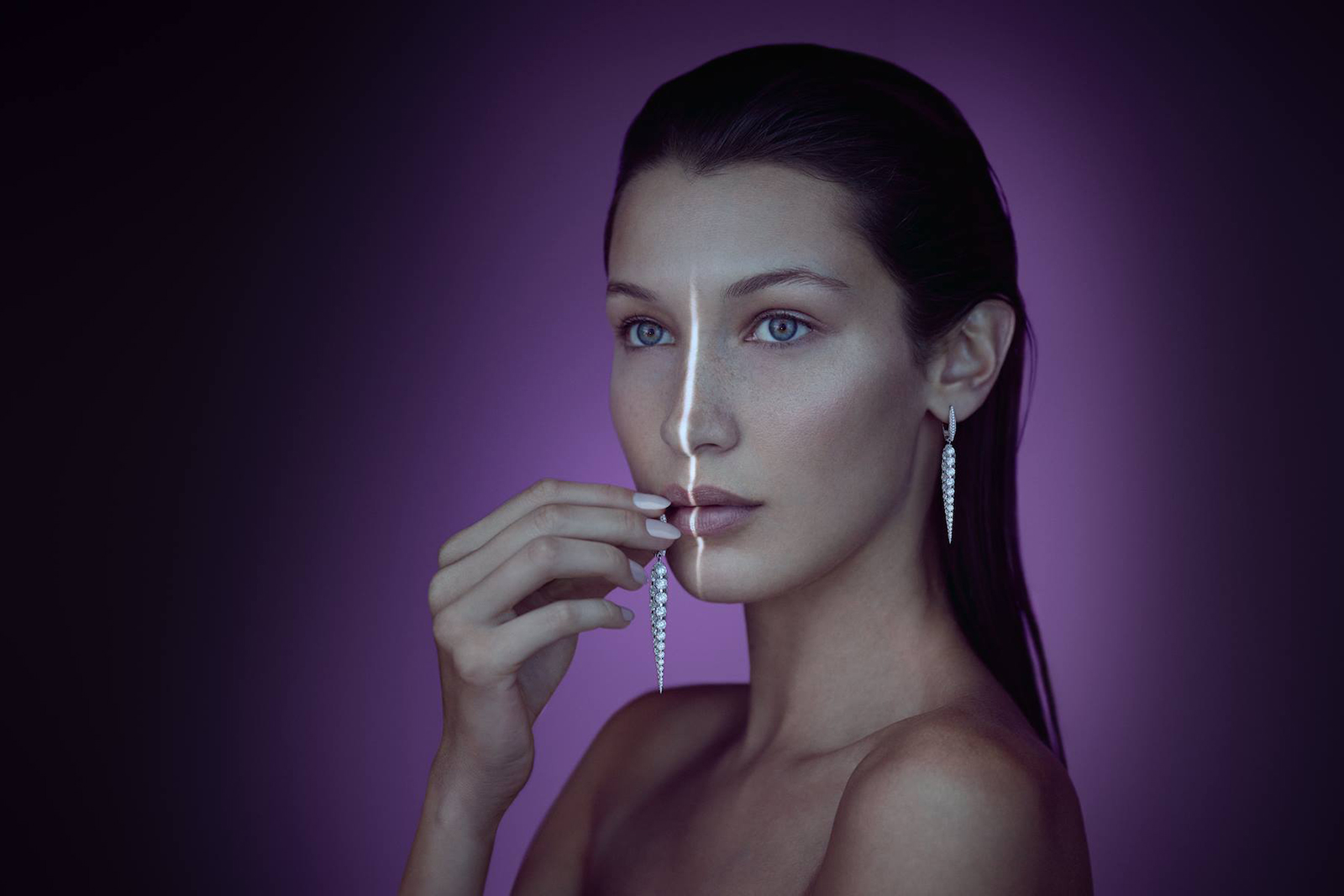 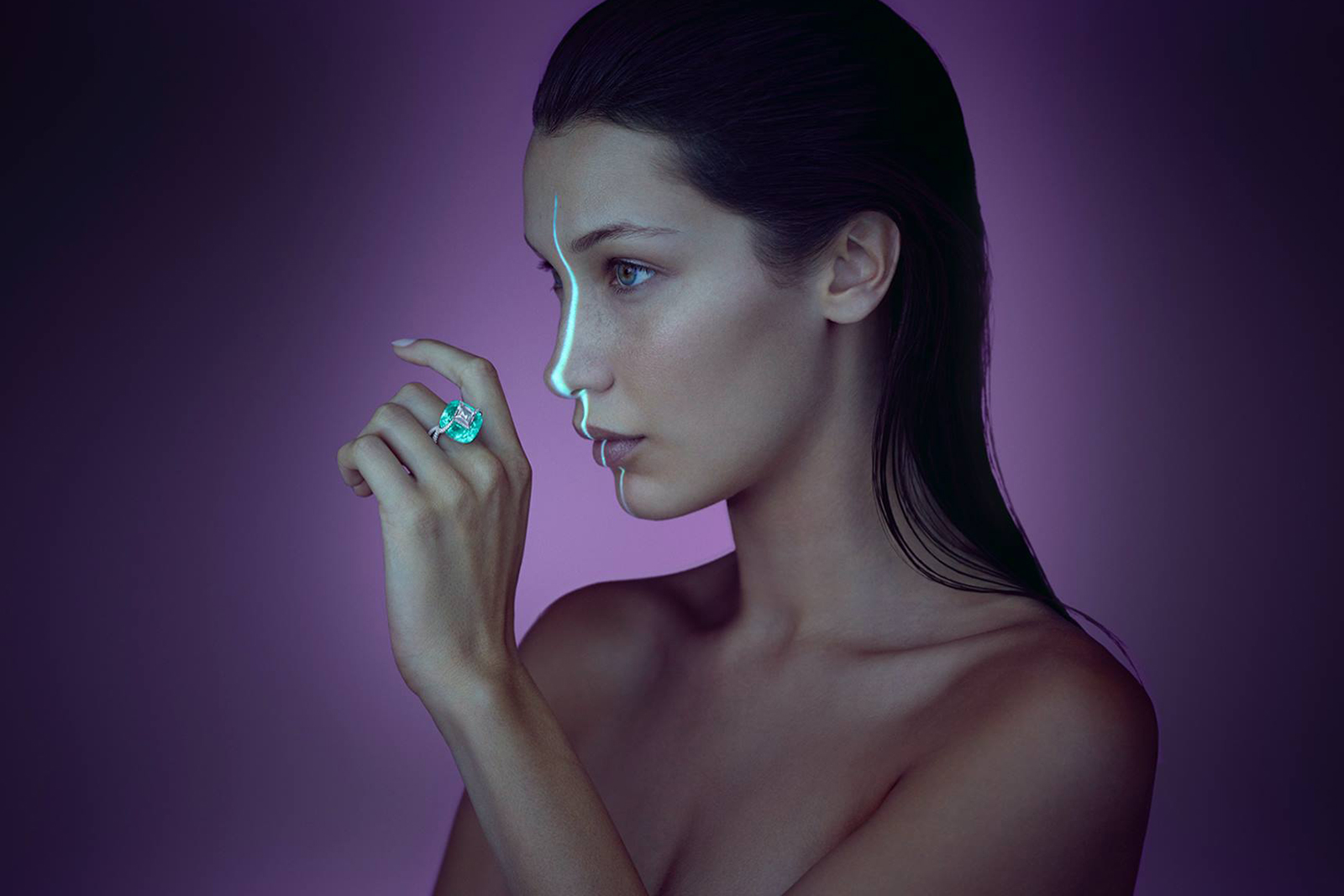 It took Boghossian a few years to master this complex technique and several gemstones were cracked or broken during either the cutting or polishing processes. However, all the efforts paid off and the jewellers mastered the technique to perfection. But they did not stop there: ‘Art of Inlay’ pieces branched out into another line called the ‘Kissing Diamonds. “We pioneered a new and unconventional way of setting gemstones. Rather than using the traditional approach of supporting a gem with a gold mount, we use a diamond or another gem as the base of earrings or a ring”.

Always striving for innovation, a few years ago BOGH-ART introduced a never-seen before collection of jewellery that included butterflies, dragonflies and flowers, whose wings and petals were fashioned from a layer of titanium fibre. “This ground-breaking new material is created using a unique method of compacting ultrafine titanium “threads” with optical fibre at a designated temperature and pressure,” says Roberto explaining the process. “Glistening with a steely sparkle, the ultra-light titanium fibre has an enthralling visual effect of flickering twinkles that dazzle on an ordinary-looking mount”.

Even after seeing BOGH-ART collections just the once, you will become instantly enchanted with the fine and rare gems, the alchemy of audacious and refined designs, the technical know-how in the execution and a subtle yet magic blend of colours. “Our creations spring from the marriage of contrasts. We are searching for a deeper connection with our clientele; we want to see their eyes smile when they wear one of our designs,” concludes Roberto Boghossian. 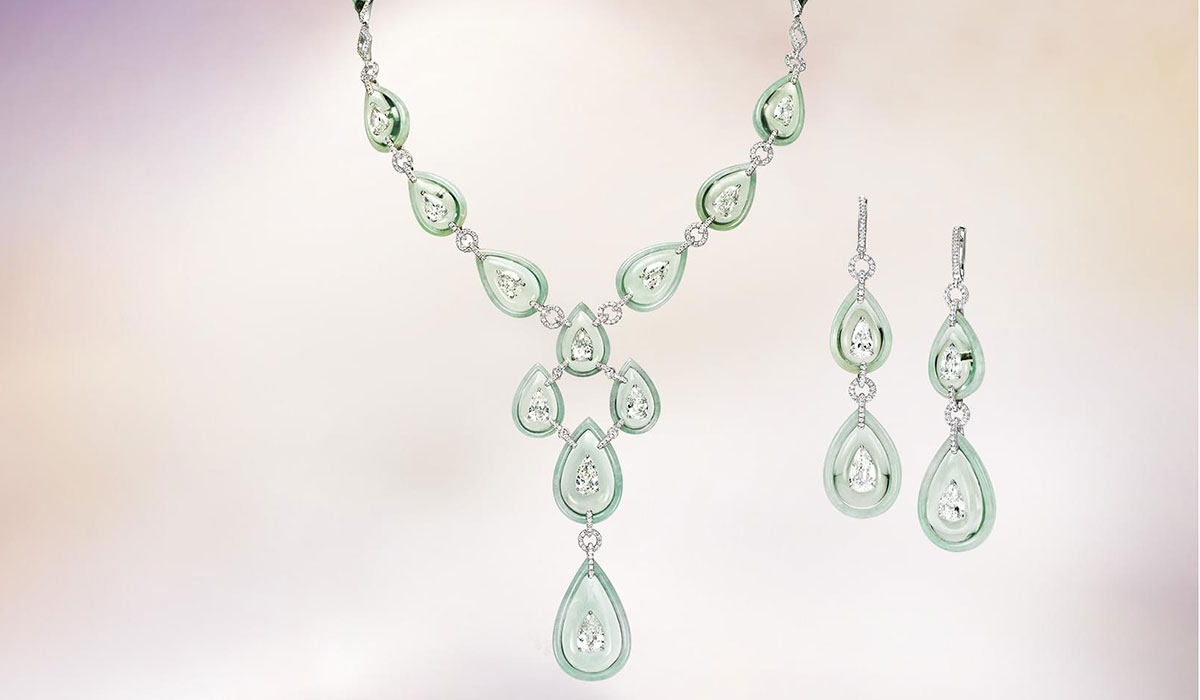 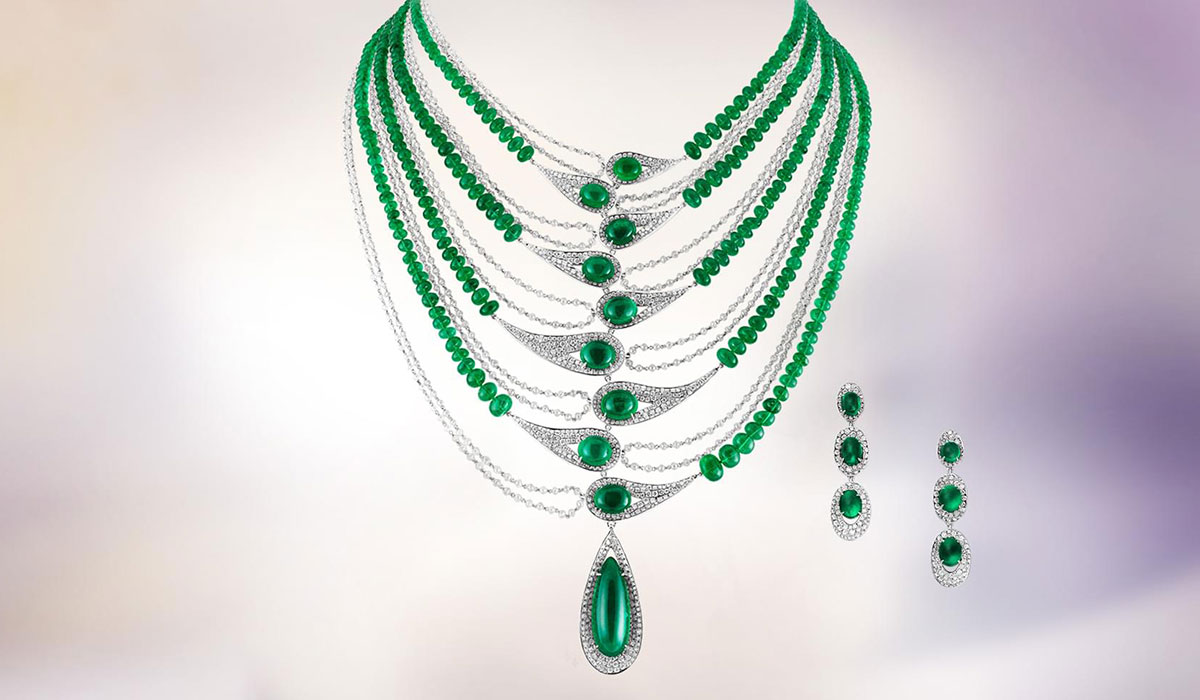