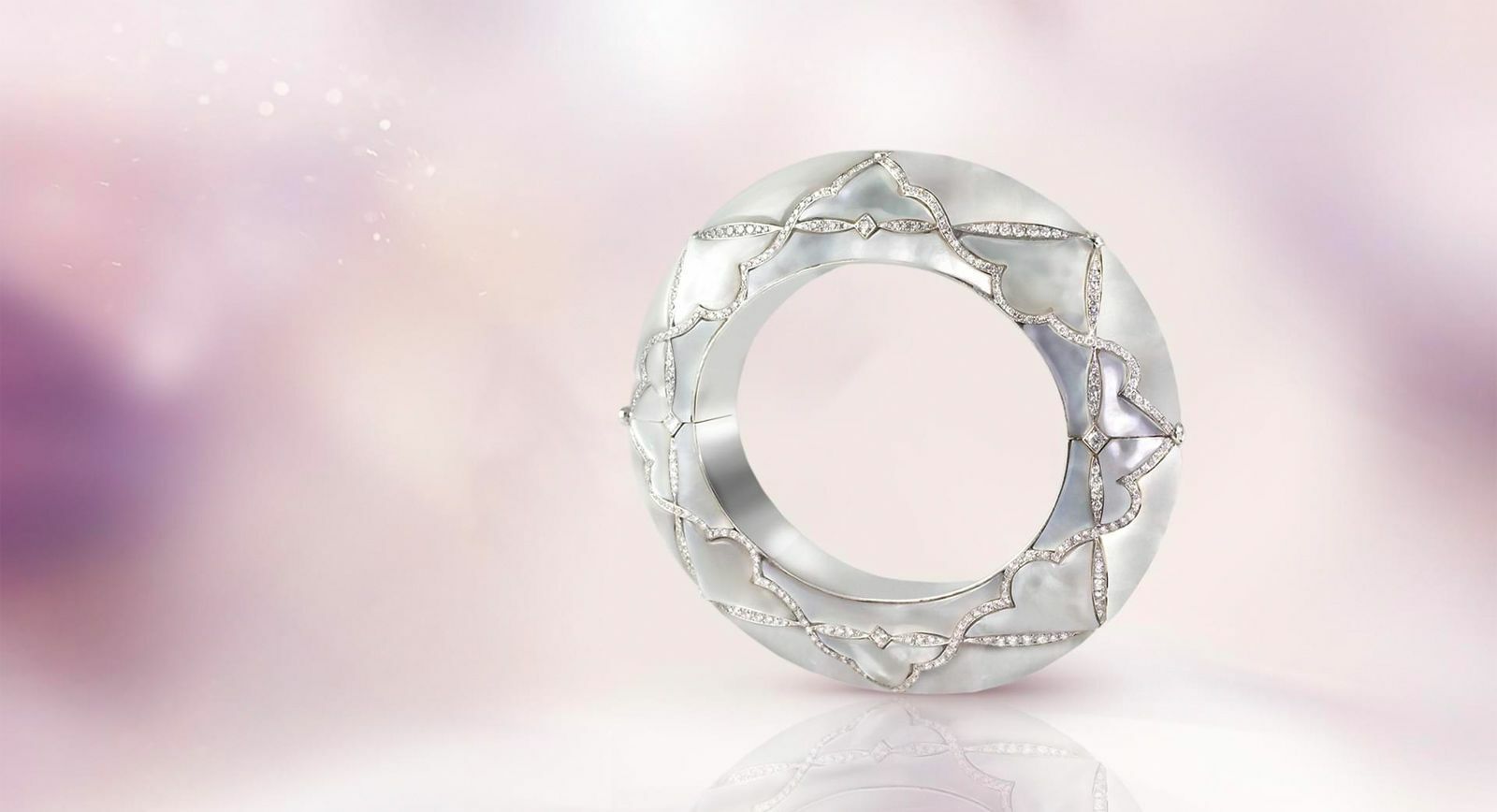 Boghossian: Fusion of Western and Eastern Cultures in Jewellery

The American journalist Arthur Baer once said: “you can take the boy out of the country, but you can’t take the country out of the boy.” Nowadays we substitute the word ‘country’ to something ever more specific about where we come from, and it shows that no matter what your origins are, you never lose touch with your roots. And the world of jewellery art is no exception – especially where the fine jewellery house Boghossian is concerned.

The company’s first iterations were based in Mardin in the middle of the 19th Century - now part of the UNESCO heritage site of the famous Silk Road – with the Boghossian family settling themselves in Europe, Belgium and Switzerland 45 years ago. Though the Boghossian's headquarters are now in Switzerland, the ancestors of the family absorbed the traditions of different countries, and this is reflected in the jewellery which Boghossian creates, which features multicultural characteristics of both Eastern and Western worlds. 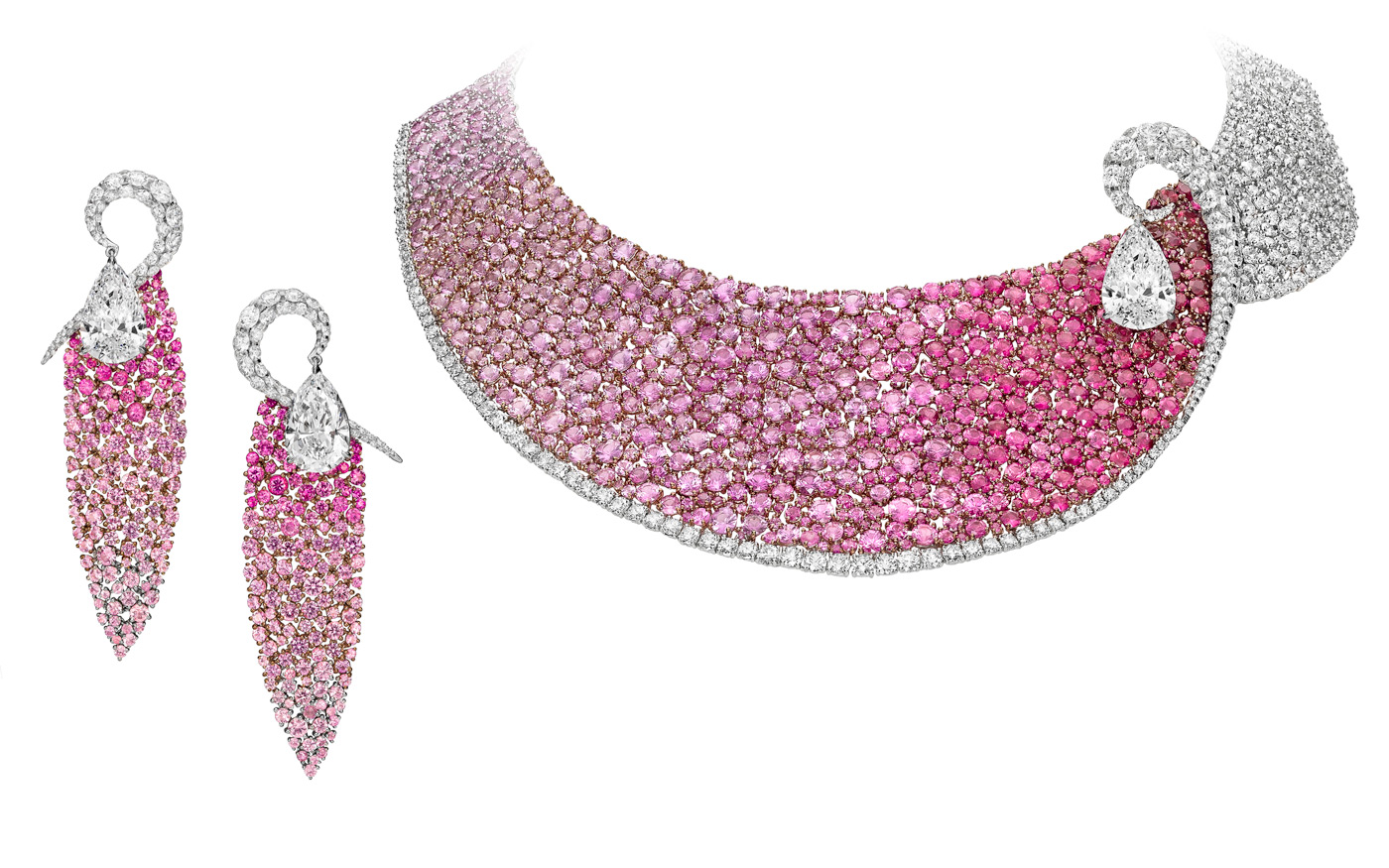 “We have an inheritance unique to us starting from our Armenian roots,” says CEO of the brand Albert Boghossian, who draws inspiration for his high jewellery pieces from architecture, national costumes and works of art native to Armenia, as well as from countries in the territory of the ancient empires Persia and Byzantium. Immersed in the culture of the East during early travels, Albert was given the impetus to try his hand in the unique gem setting technique, known as ‘inlay’. Once used to decorate the world-famous Taj Mahal in India, the technique can be seen in the stone patterns lining its walls and is also reflected in many of the pieces by the Swiss jewellery house. 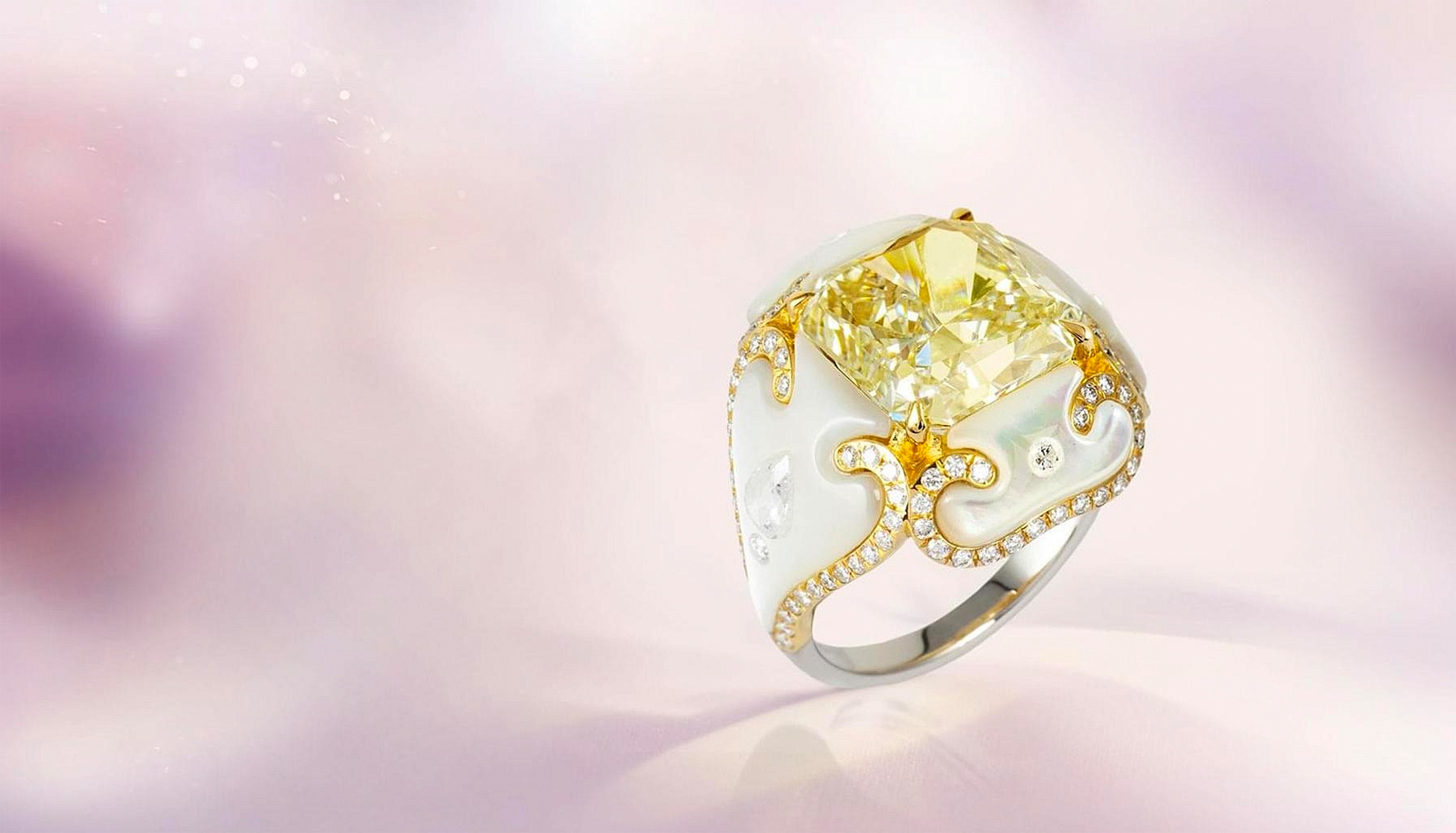 Boghossian has become known for their distinguishing ‘stone within a stone’ technique, which sees diamonds and precious gemstones inlaid within one another. The ‘Art of the Inlay’ and ‘Kissing Gems’ lines of jewellery feature unique settings which have become the signature of the brand, with one of the most vivid examples being the fancy colour diamond bracelet, on which the diamonds make up a floral motif on the mother of pearl surface. Another example is the luxurious diamond and sapphire necklace with a flowery pattern, which wraps around the neck and is woven into a single 60 carat sapphire. 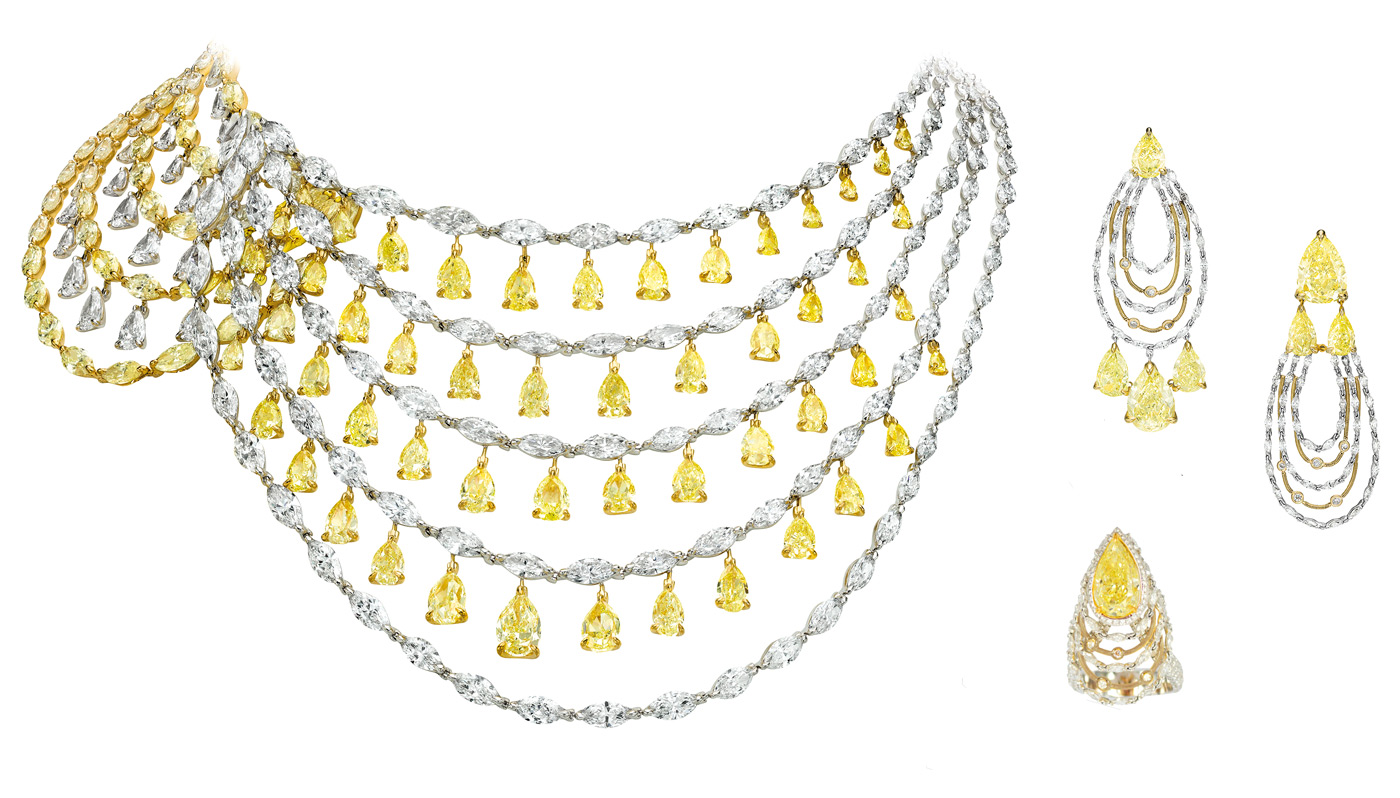 As can be seen in the current jewellery collections of the Geneva-based Maison, creating a piece with an Eastern “mood” doesn’t necessarily mean embellishing it with a complex floral pattern. Some Boghossian jewels are decorated with simple, individual elements of Eastern configurations. For example, the sapphire and natural sea pearls contrasting earrings are fringed with gold, and the gold extends and converges at one point from two opposite sides of the stone. The same design can be found on the domes or windows of oriental architecture around the world. 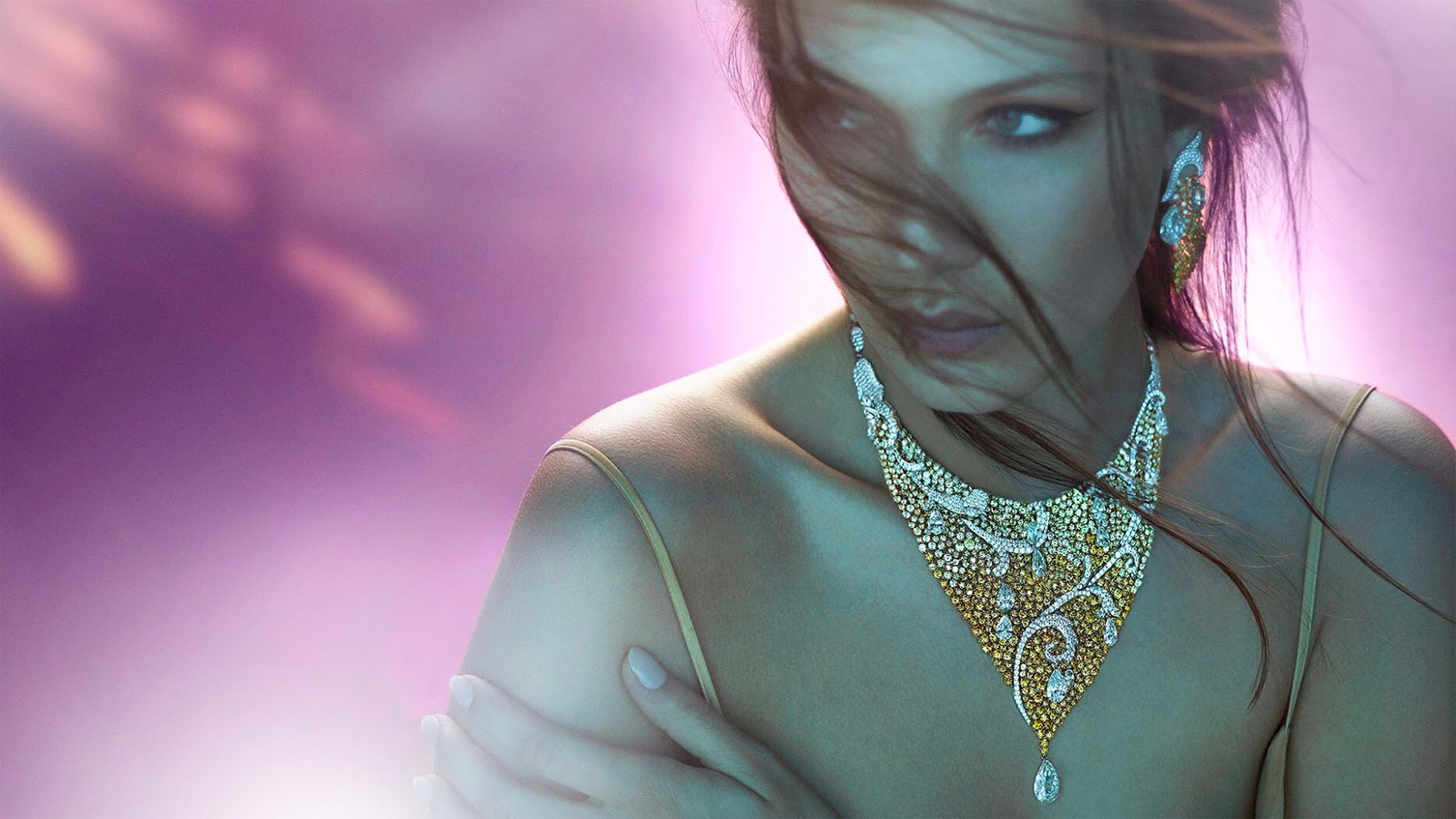 Wherever the inspiration comes from, the decorative patterns on Boghossian jewellery is always tasteful as far as Western aesthetics are concerned. Herein lies a basic characteristic of Boghossian who specialize in creating visually intriguing and perfectly balanced jewellery.

The blend of Western and Eastern culture is reflected not only in the design of the jewellery, but also in its colour palette, chosen by Albert Boghossian, the brand’s CEO, and Edmond Chin, Creative Director of the brand. If we refer to the traditional national dress of Armenia, the dominant red and white cannot be escaped, the colours stand out in squares and parallelograms on the clothing. Surely this served as inspiration for the two-drop earrings with rubies bordered with kite-shaped diamonds? 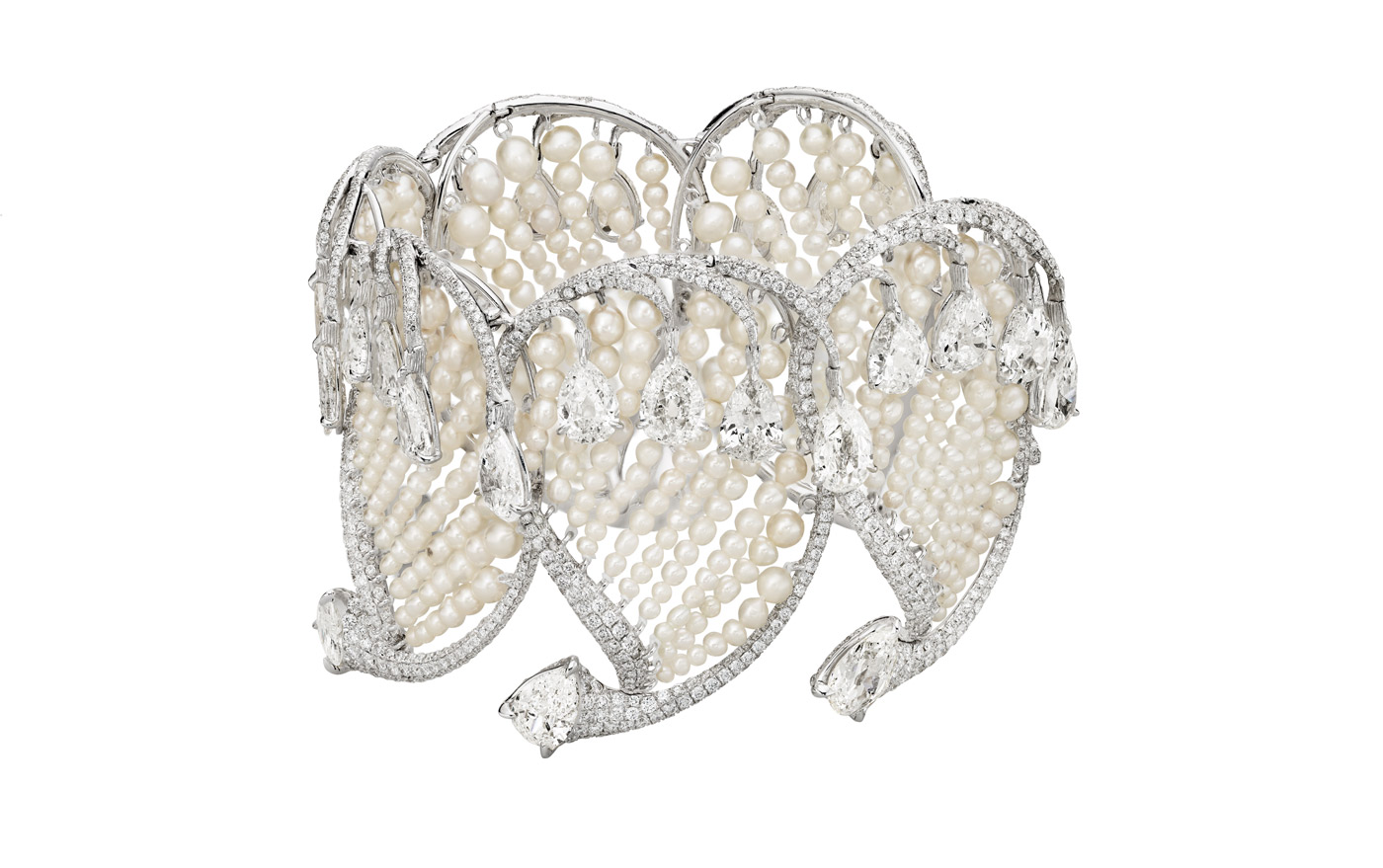 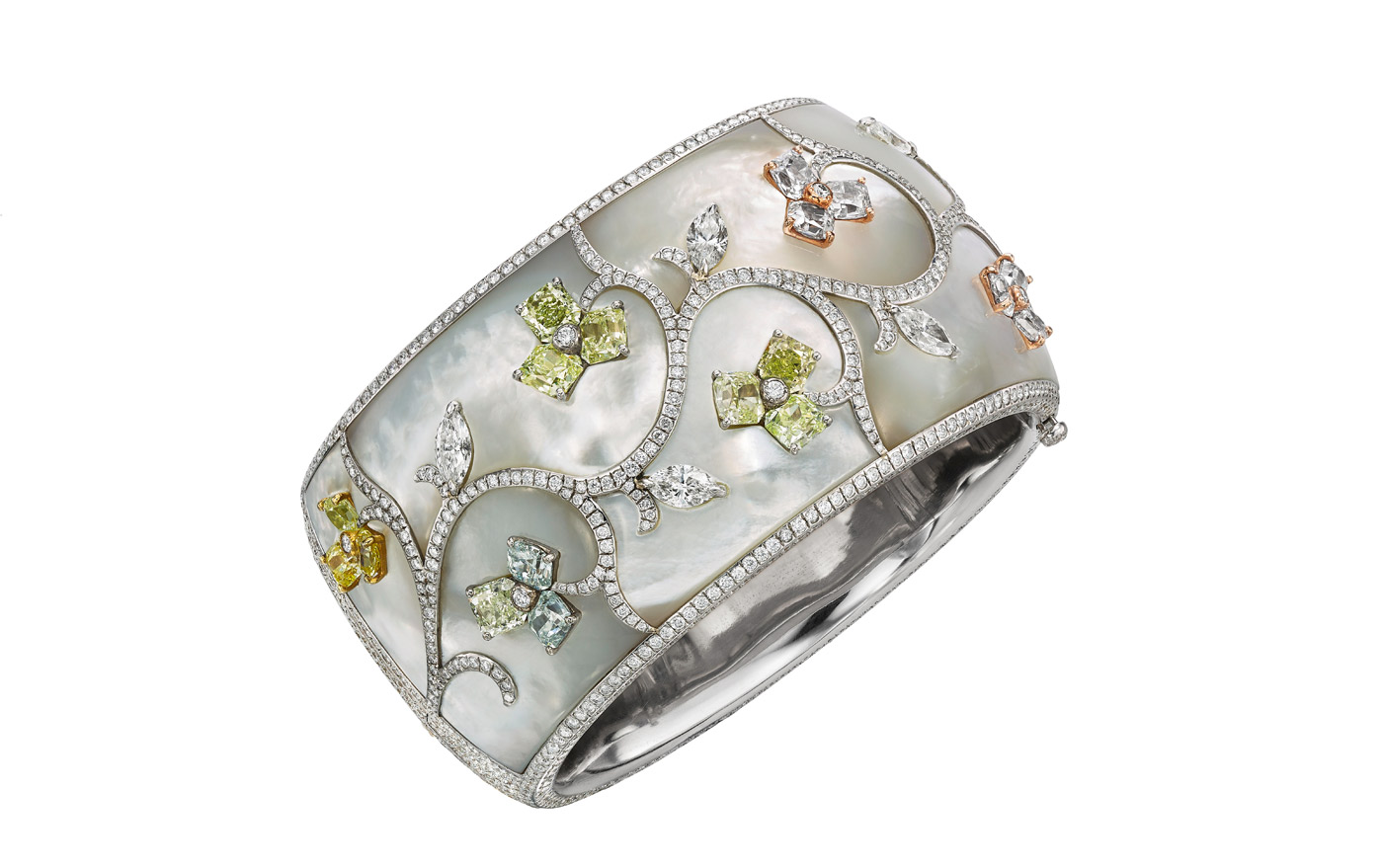 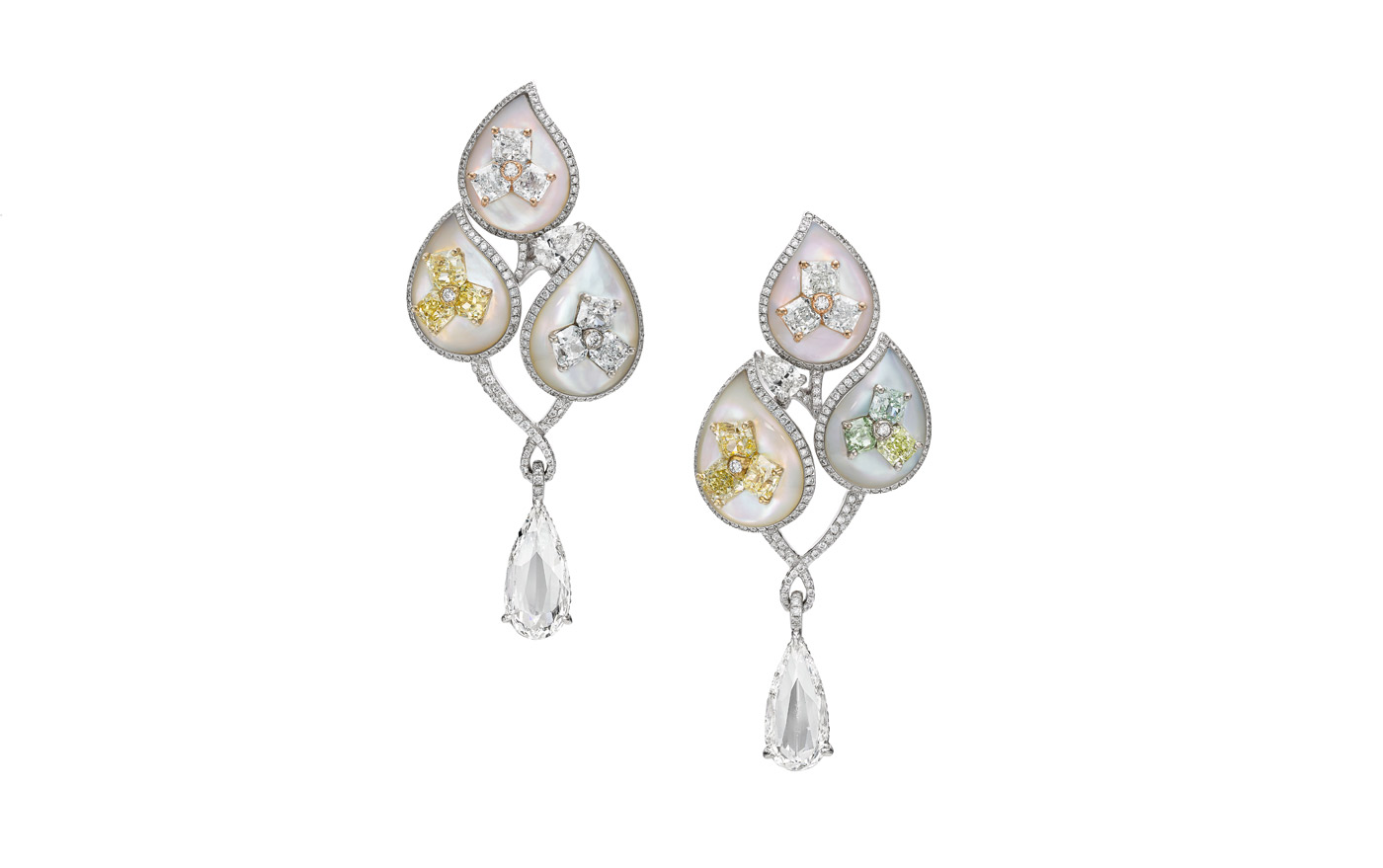 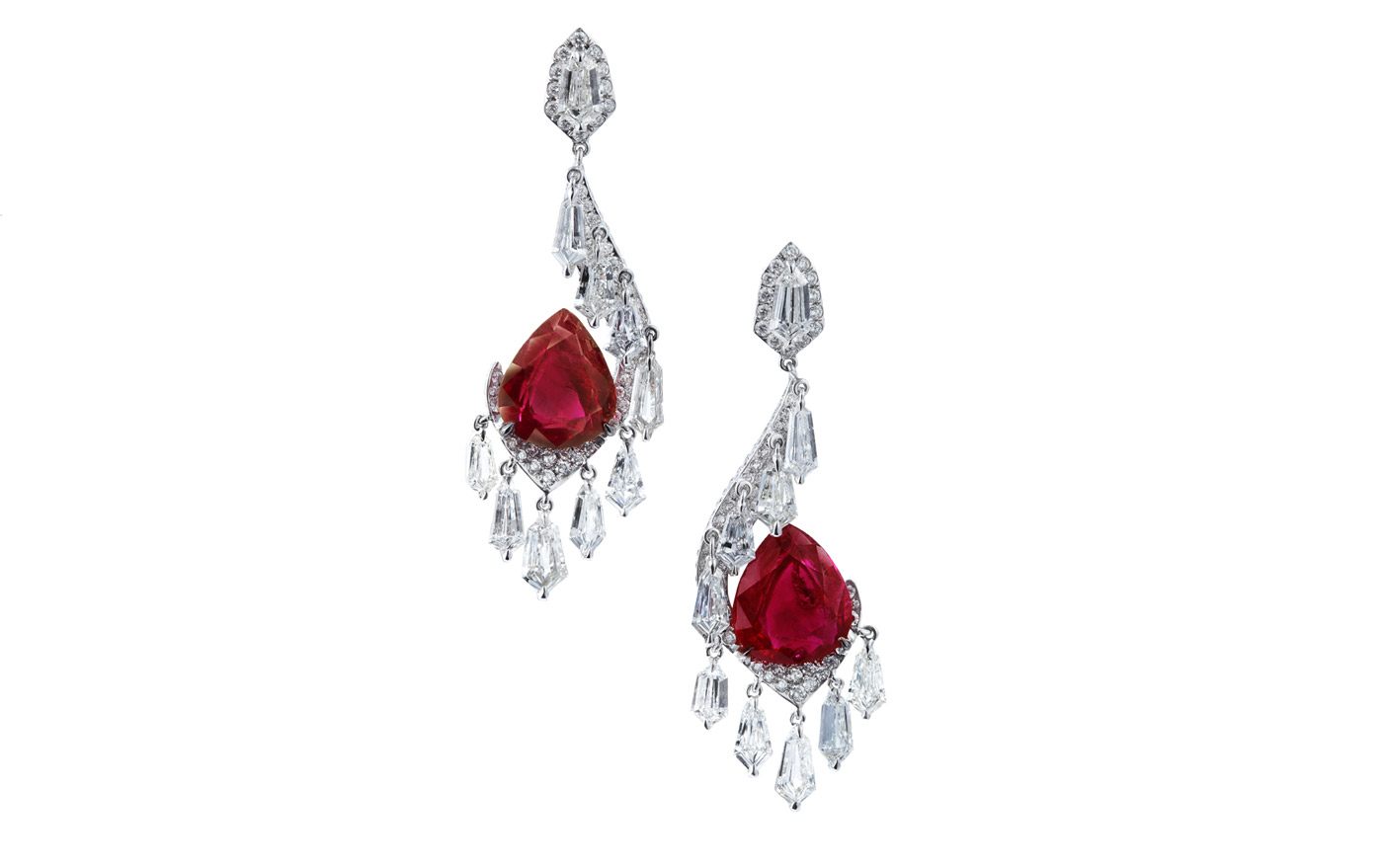 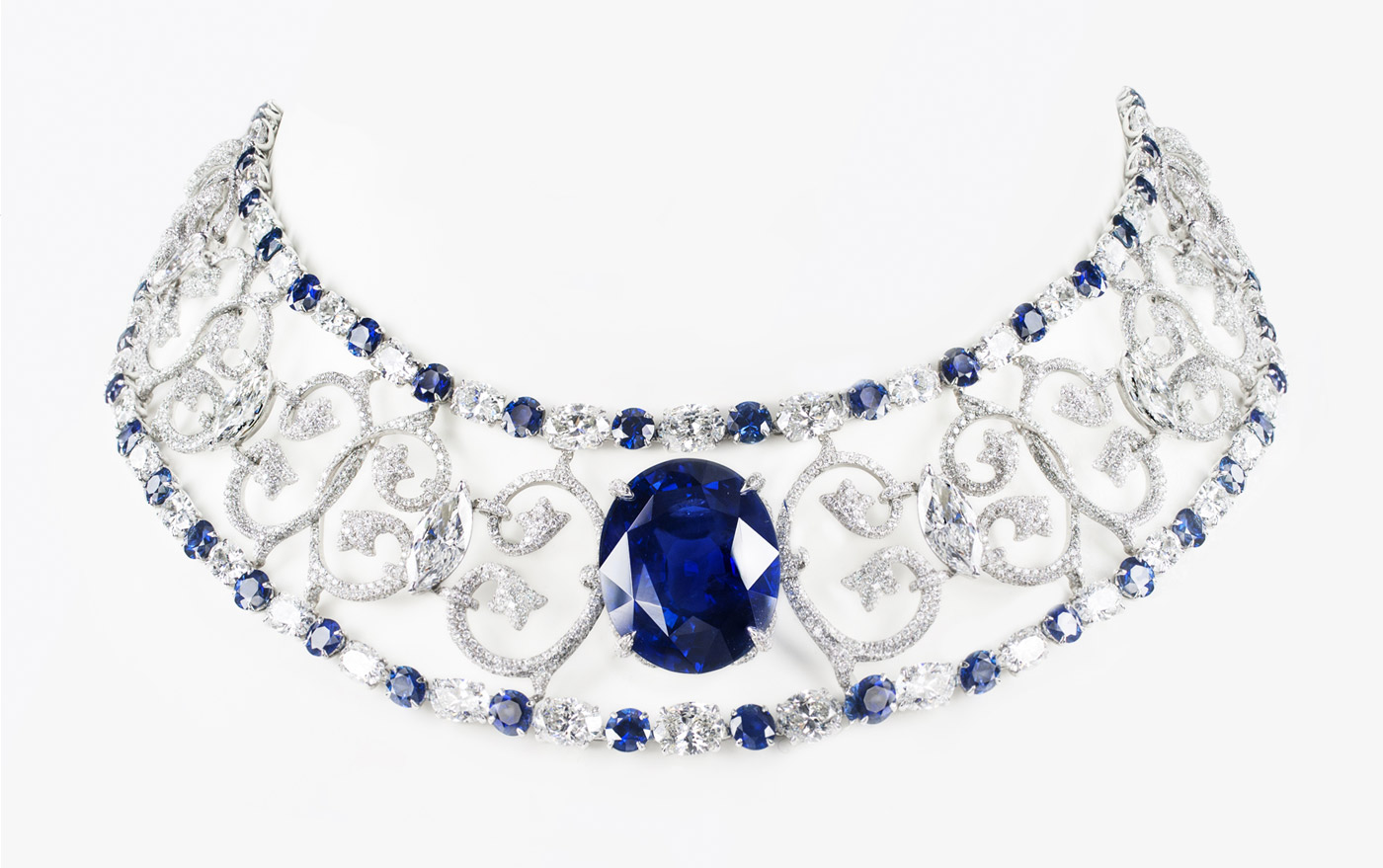 Practically every Boghossian piece has a sophisticated design with statement gems and a myriad of decorative features. However, it is the influence of the West on the creative style of Boghossian that brings forth the Eastern influence, so really they appeal to customers in any country worldwide. Boghossian jewellery is simply irresistible.