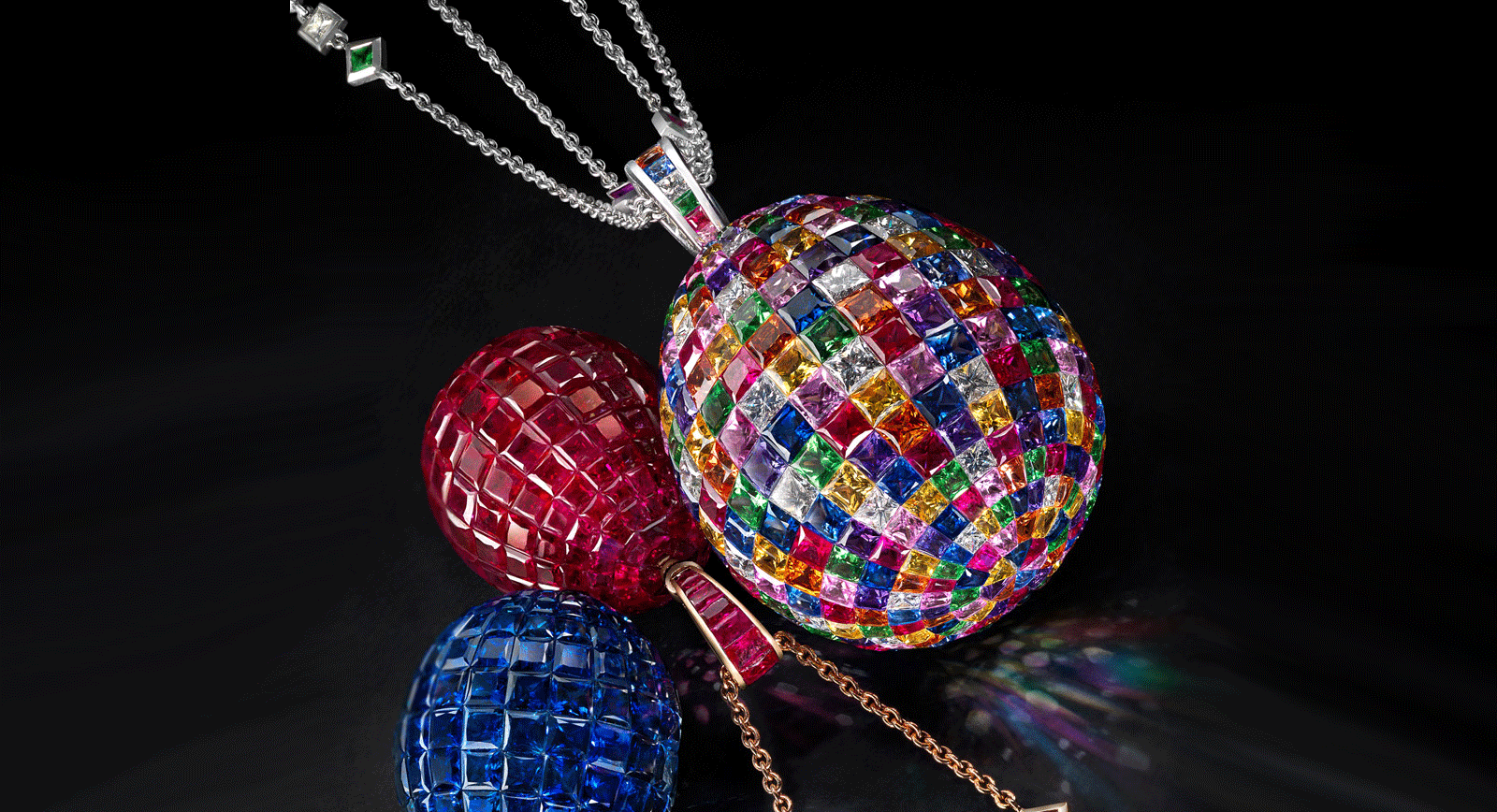 The 2016 Baselworld exhibition has already drawn to a close, but I keep returning to the collections on display and shining a spotlight on them for you. There was an abundance of new pieces from practically all brands at the exhibition. Besides watches, the Fabergé jewellery house debuted two new jewellery collections, each of which is worthy of attention. Let’s take a look at both of them individually.

To begin with I want to draw your attention to new items added to the Fabergé Imperial Collection, which is inspired by the splendour of the jewels of the Romanov court and recalls the rhythms of the Russian seasons. On the one hand this poetic collection explores the Russian world of the early 20th century, with its irresistible mix of nostalgia and joy, old Russian traditions, crafts and folk art; on the other hand the collection reflects the different periods in the year.

Each season is closely tied to its holidays and rituals, which have shaped the Russian way of life, of the idle luxury of country estates and of the sparkling magnificence of winter balls.  Upon closer inspection the jewellery reveals an intuitive interplay of rare coloured gem stones, diamonds and pearls with superb workmanship, which reflects the changing light, colour and atmosphere of each season.  The collection was designed using Belle Epoque elements such as garlands, monograms, tassels and ribbons. They endow the jewellery with a touch of refined luxury that opens the door into the captivating world of Fabergé, who connect the past, present and future. 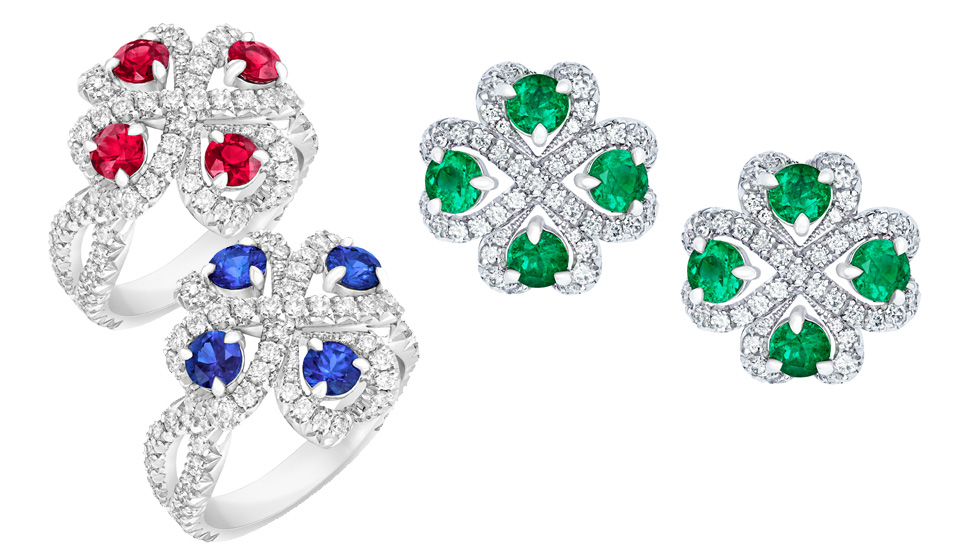 New additions to Fabergé Imperial Collection include diamond stud earrings, delicate pendants and small rings in several colour variations: green with emeralds, red with rubies and blue with sapphires. An intricate four-leaf clover features as the same decorative element on each piece.

Despite the noble design of the jewellery from the Faberge Imperial Collection, all eyes were glued to the fine jewellery Easter egg pendants of the Fabergé Treasure collection. These jewellery forms do not need any introduction, as they have long been part of our global heritage. In an effort to share their creativity with the world, the eponymous jewellery house regularly releases jewellery interpretations of eggs and the new pieces – “Mosaic pendants” pay homage to the famous Faberge Mosaic Easter egg of 1914.

Jewelled pendants were made in three versions – red with Mozambican rubies weighing 43.82 carats in total, blue with sapphires and multi-coloured with tsavorites, diamonds and coloured corundums, mounted in an invisible setting. Such a mounting was first used by the House of Fabergé at the beginning of the twentieth century and involves the setting of ideally sized, precisely cut stones in such a way that the metal between the stones is not noticeable. Such a method enabled the creation of a flawless mosaic surface.

The three pendants described above are all one-off versions and illustrate the high level of skill possessed by Fabergé’s modern day jewellers who work to maintain the finest traditions of the jewellery trade. Invisible setting is a difficult technique in its own right. The Fabergé stone setter’s task was made several times more difficult due to the fact that the gems had to be set on a curve. However, it is impossible not to admit that the House’s jewellers coped brilliantly, and thanks to this the world has been blessed with three new jewellery masterpieces worthy of attention. 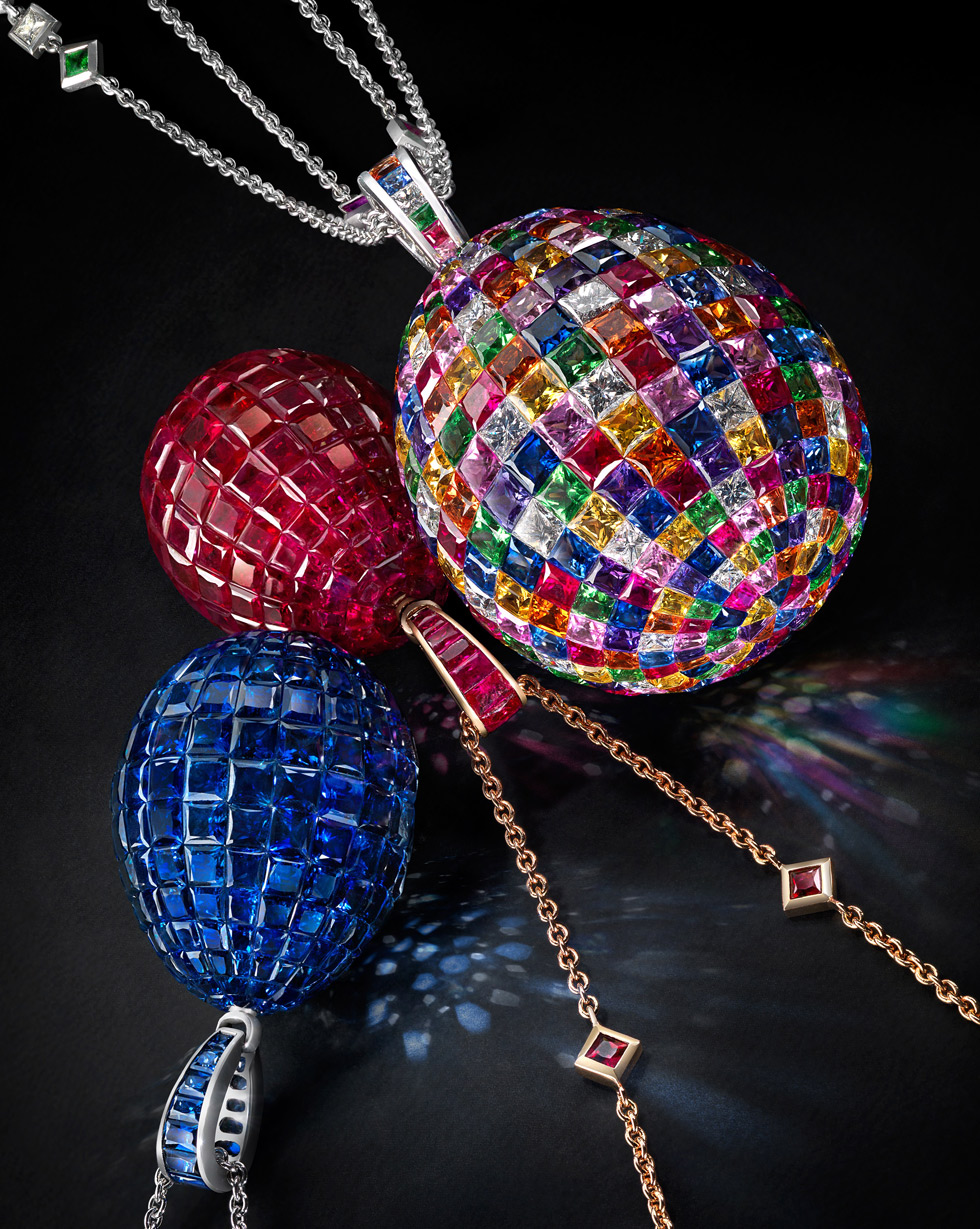