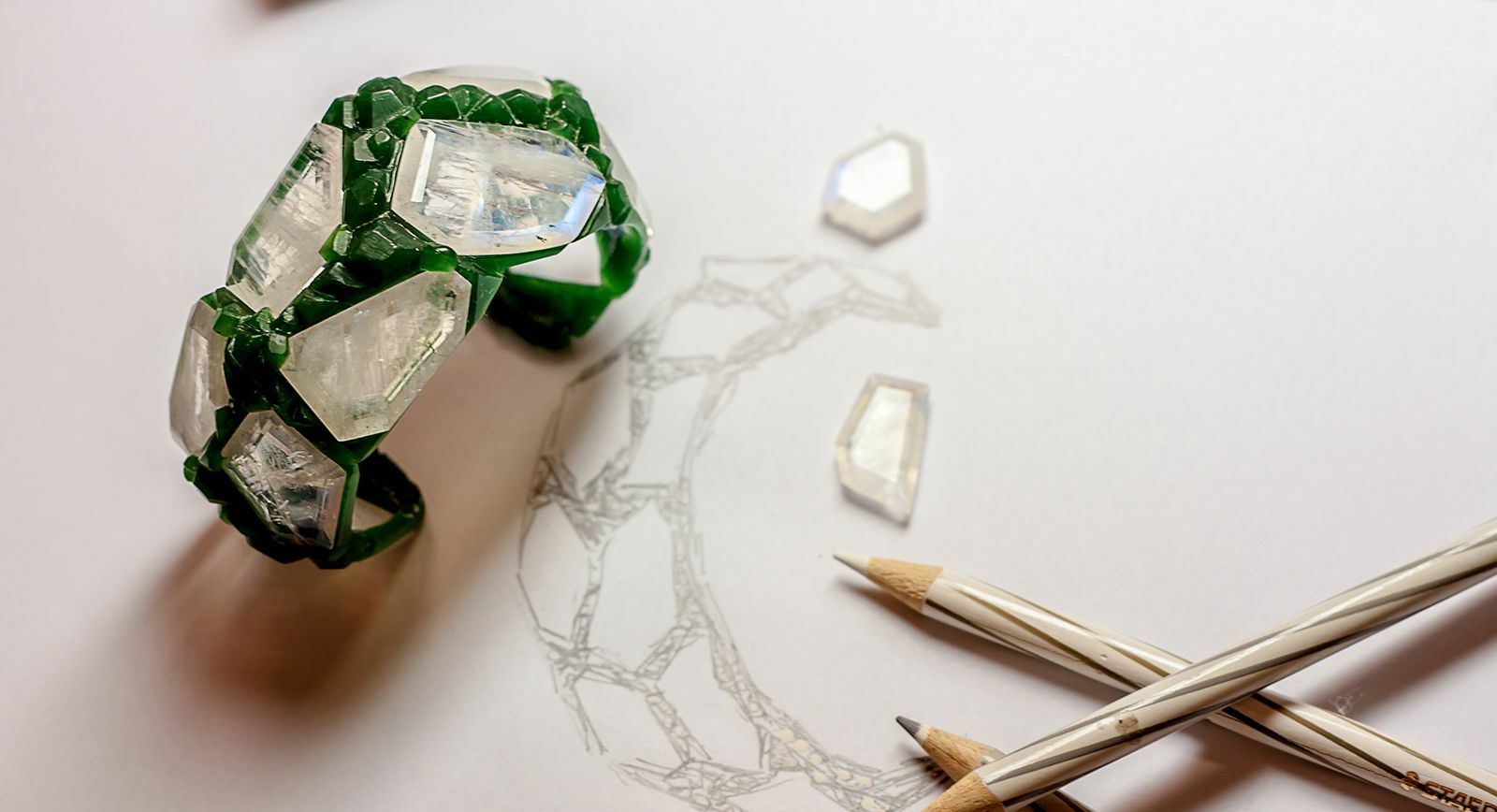 Neha Dani: The creative process behind her 'Glacier' collection

When I meet jewellery artist Neha Dani she is preparing for one of the most important fairs of the year - the Couture show in Las Vegas. Over 200 designers and brands will be exhibiting at the 2018 edition, so the competition to get noticed is high. Saying that, Neha’s designs have quite unique and distinctive aesthetic that makes her pieces stand out. The new jewels from the ‘Glacier’ collection are no exception, so let us take a closer look at these show-stoppers, which Neha has prepared especially for the Couture show.

“The initial inspiration behind this collection comes from my childhood family trips to Alaska and the Kashmir valley. Visiting those as a child – particularly a child from India who hardly sees snow – truly amazed me,” reflects Neha. She also had another reason for dedicating this collection to these natural wonders: “I wanted to produce something that spoke about the environmental concerns of losing these glaciers, losing the reserve of fresh water. They are so important and are in danger.” 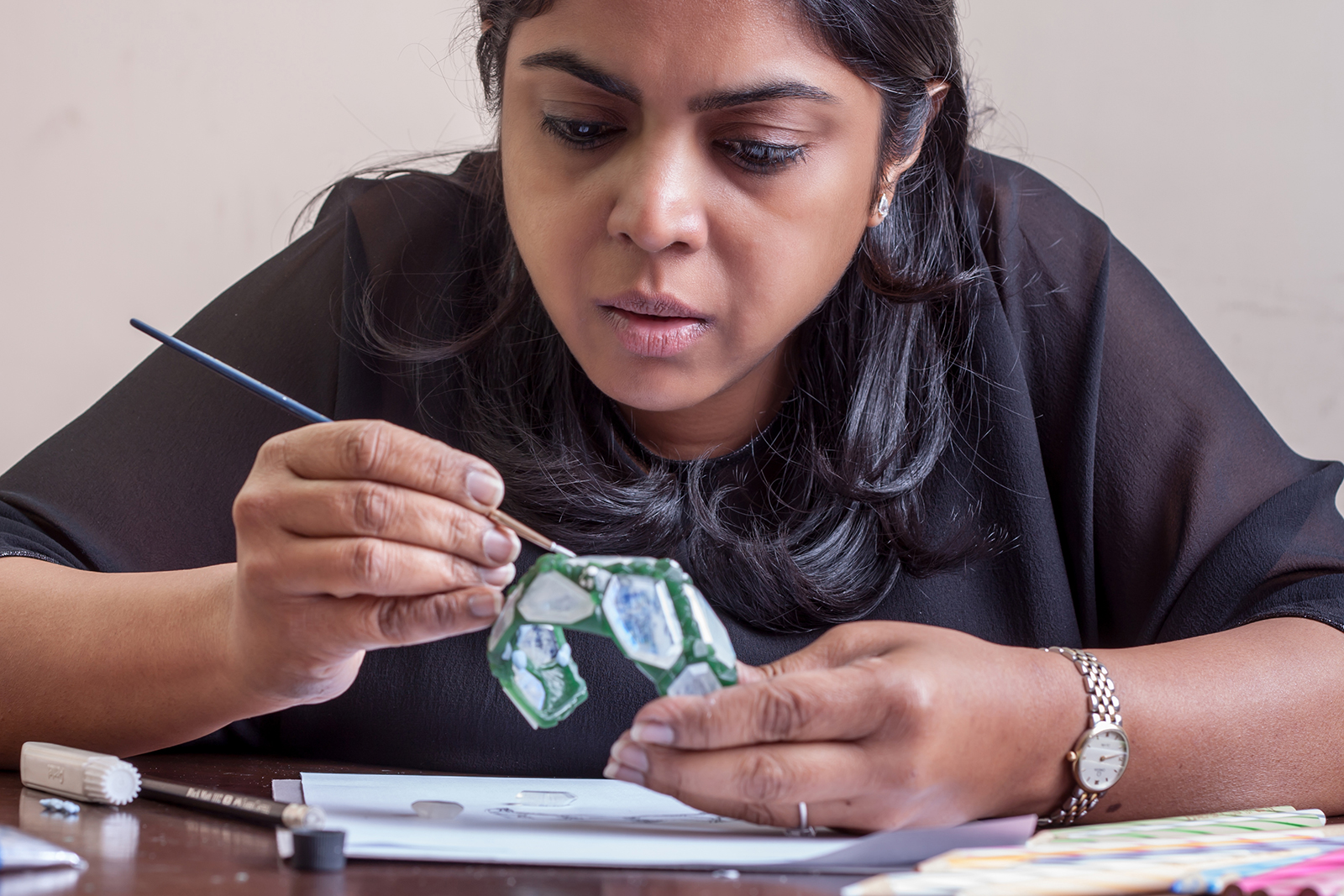 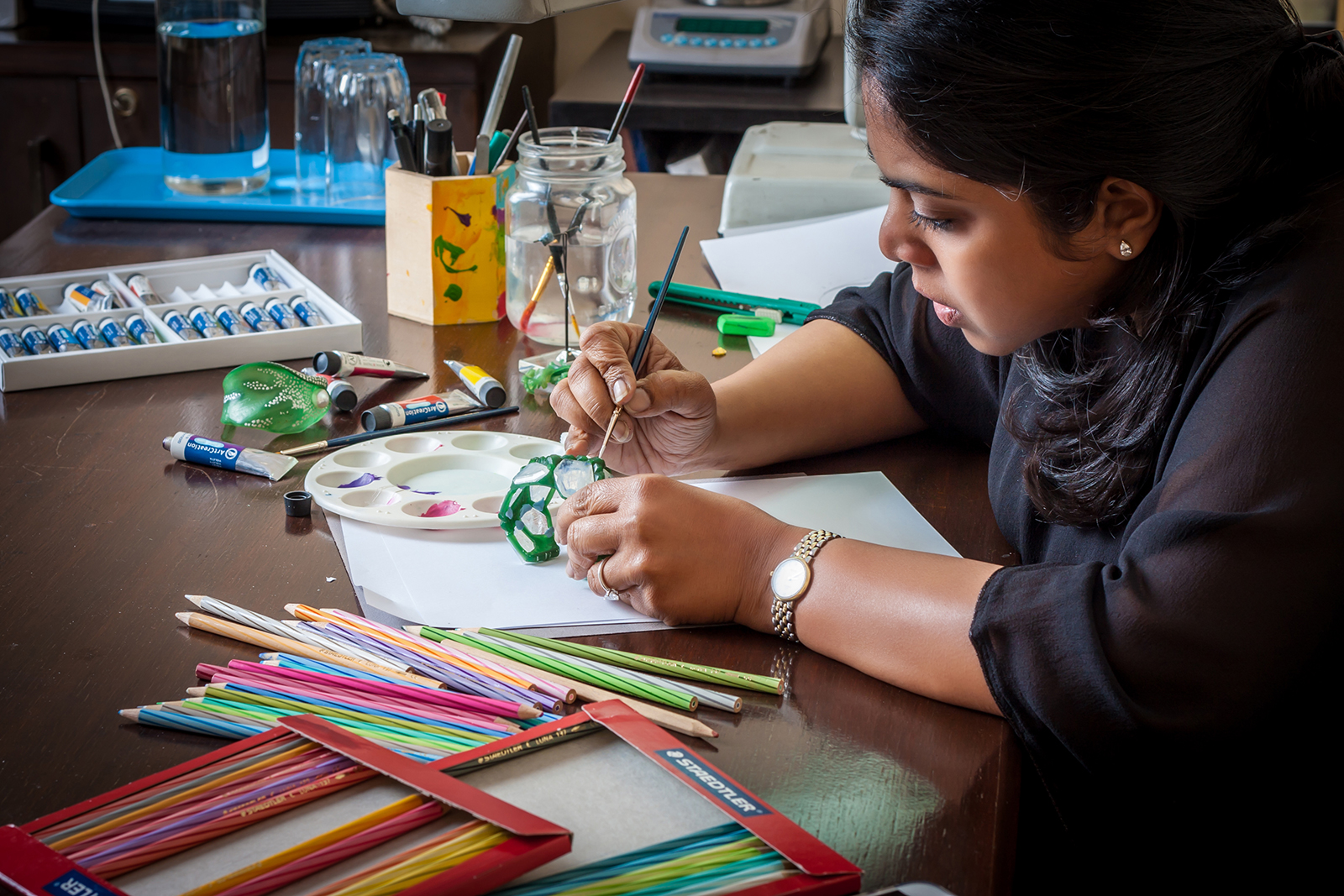 ‘Glacier' is a capsule collection comprised of six pieces, each of which is named after an important glacier: a statement cuff bracelet, a more delicate bangle, a ring, one pair of stud earrings and two pairs of drop earrings - all made in white gold and embellished with moonstones and diamonds. Not only are the moonstones the perfect stone to emulate the translucency of glaciers because of their colour and milky inclusions, they also possess the bluish play of colour which appears as a natural optical illusion in ice. To accentuate this visual effect in the best way possible, the faceting of the gems was done by hand in Jaipur - since this city is famed for its gem-cutting craftsmen. 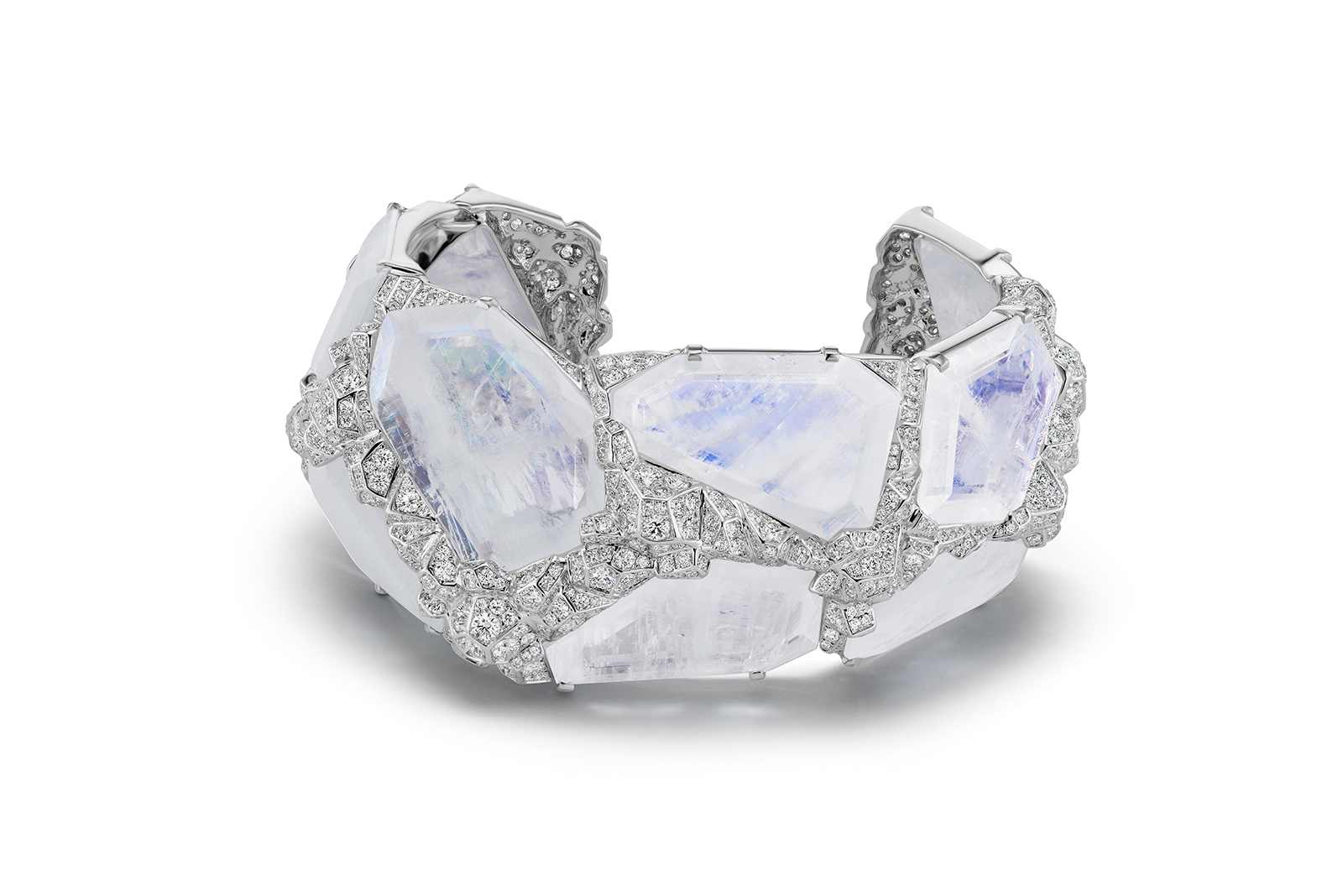 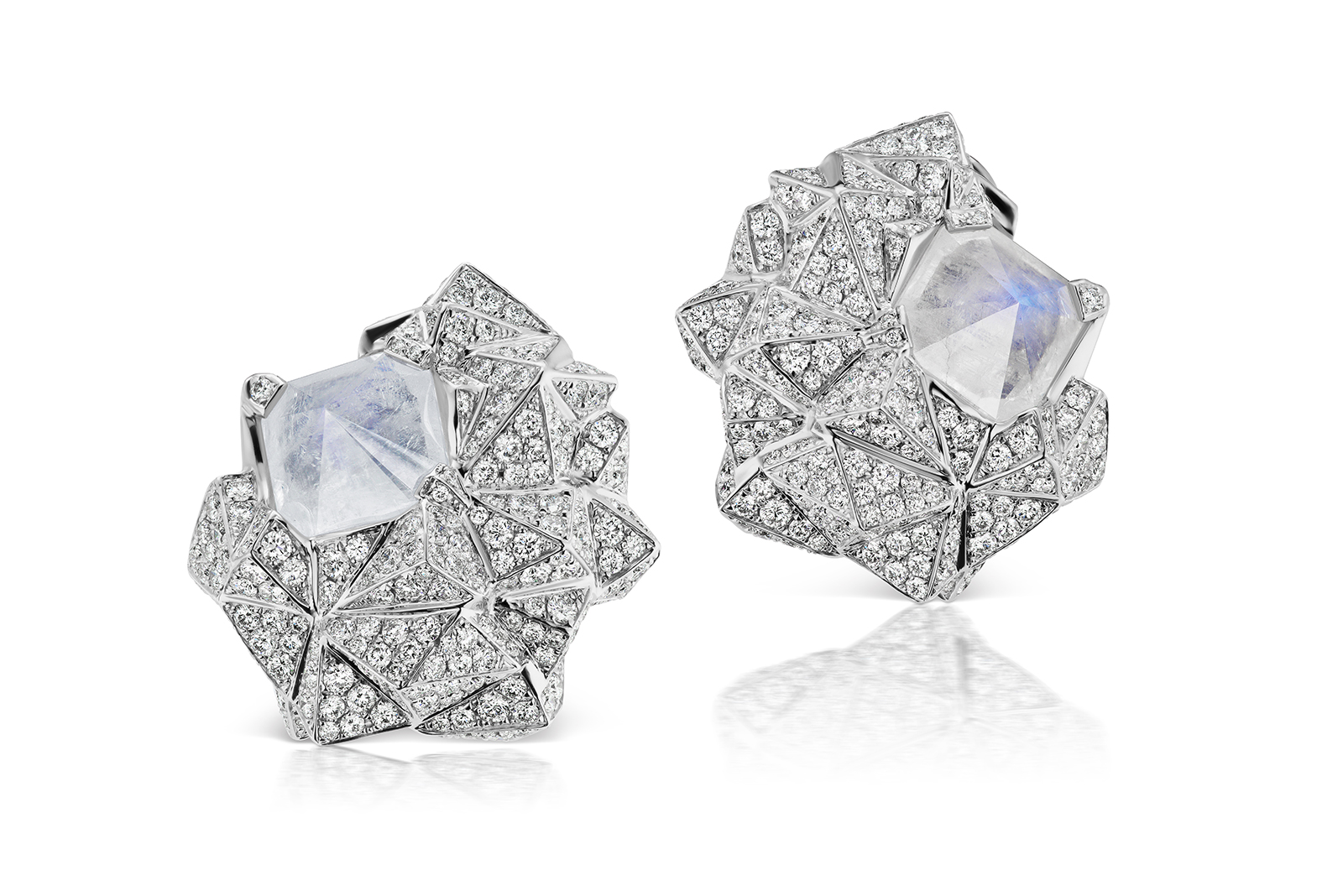 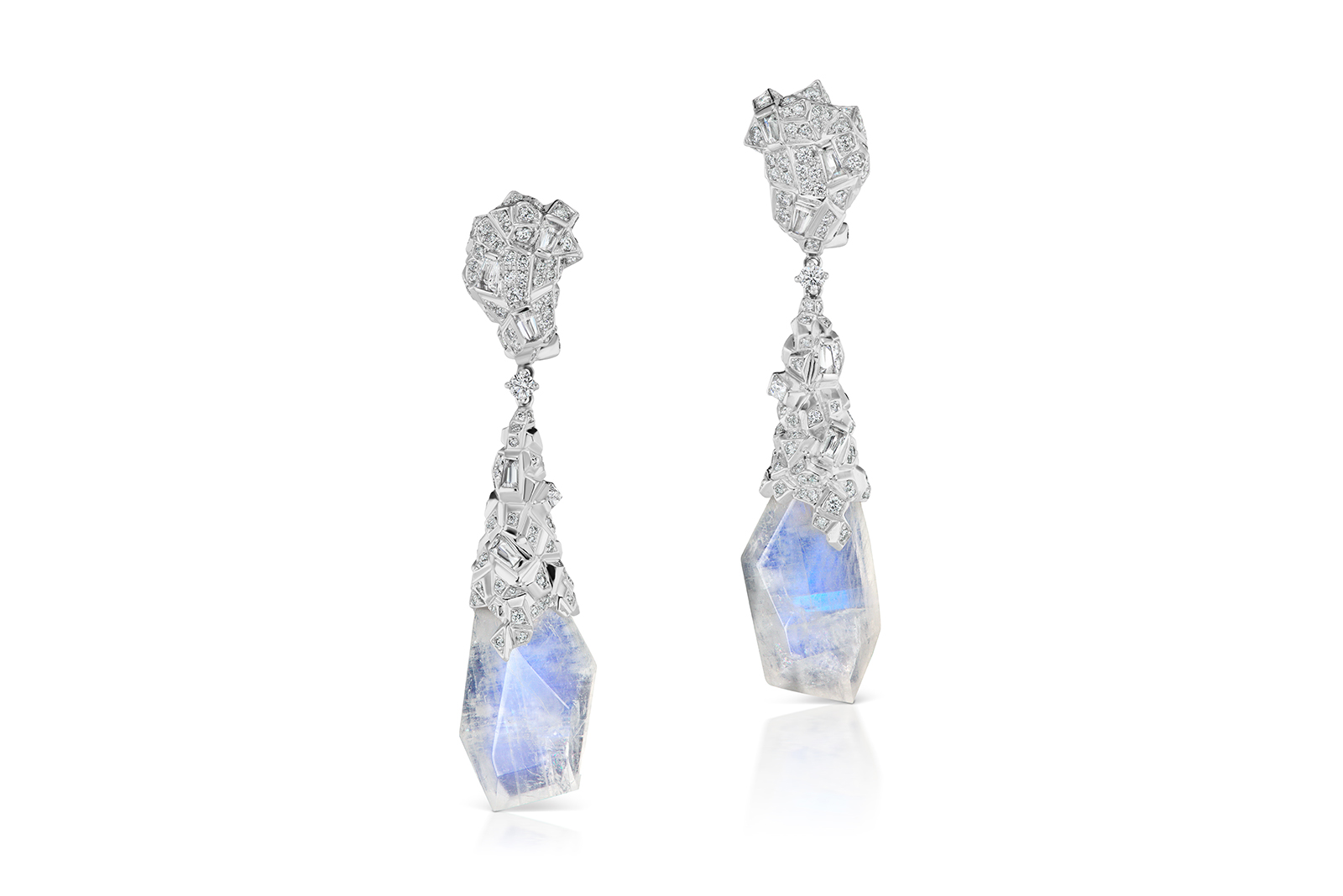 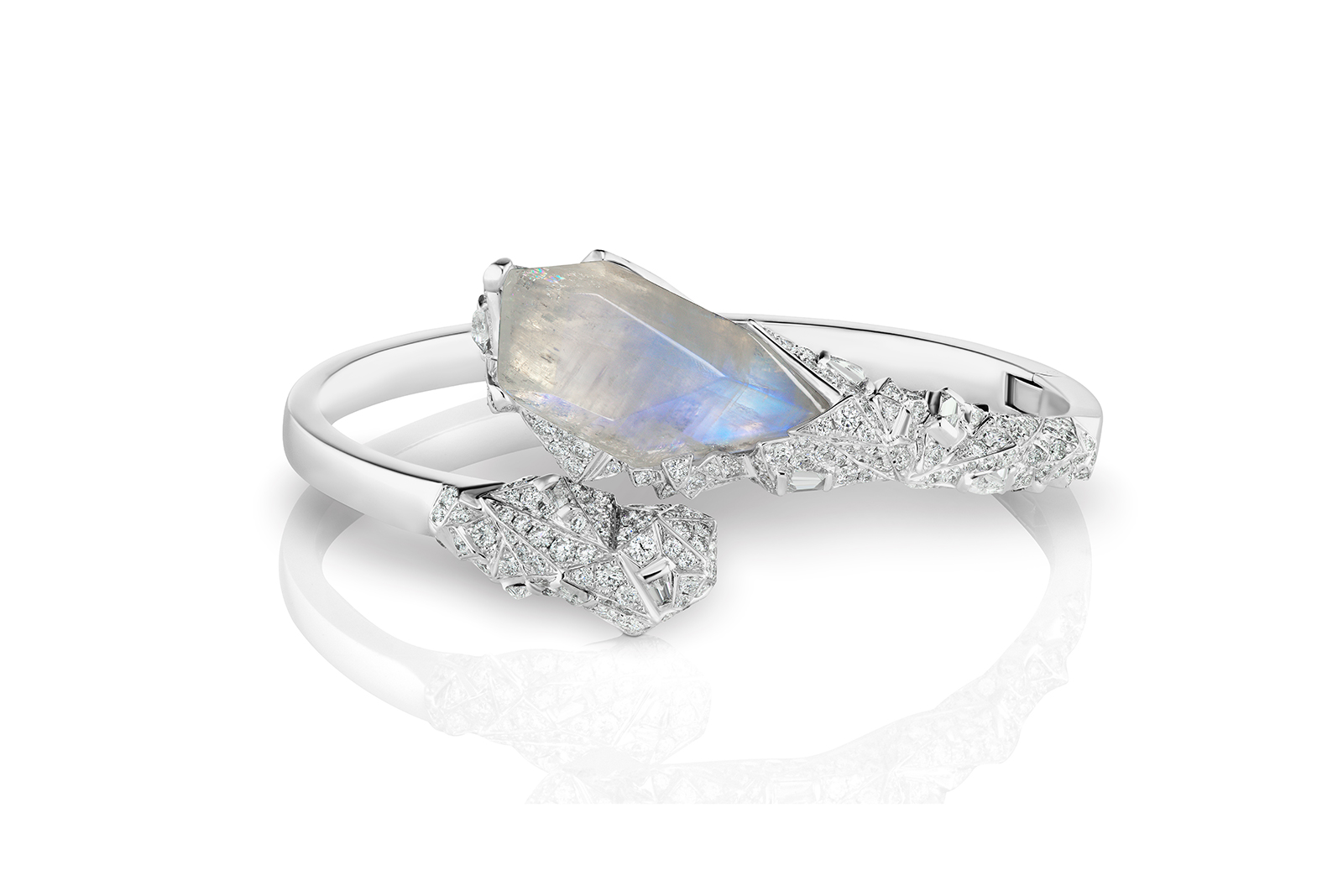 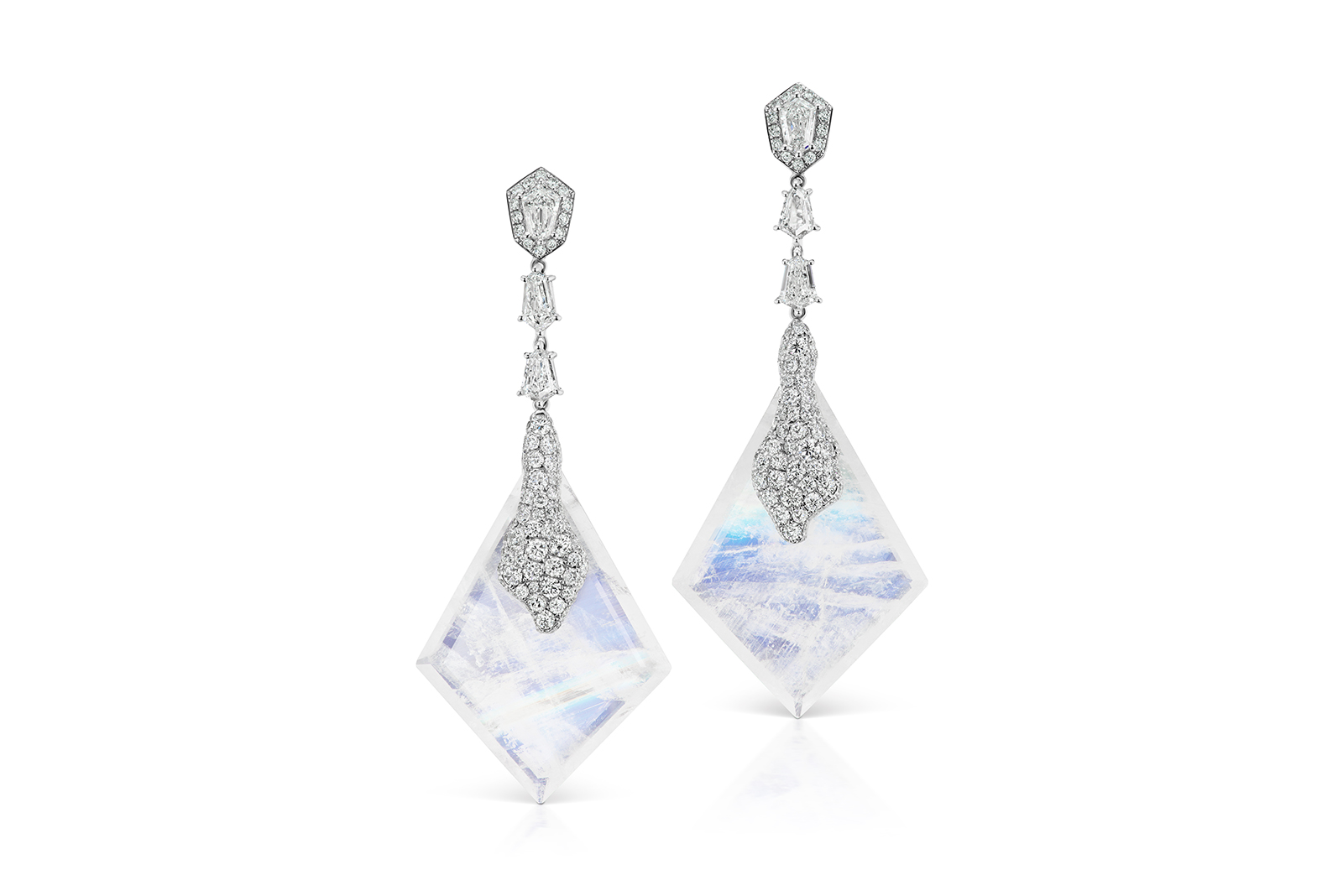 One of the distinguishing factors in Neha Dani’s designs is the labour-intensive nature of her production; she prefers to use wax carving to model her jewellery creations due to their intricacy. Furthermore, in order to produce her intricate pieces that meet the standards which Neha insists upon, she is required to work with very high end manufacturers who still opt for creating jewellery models by hand rather than on CAD. 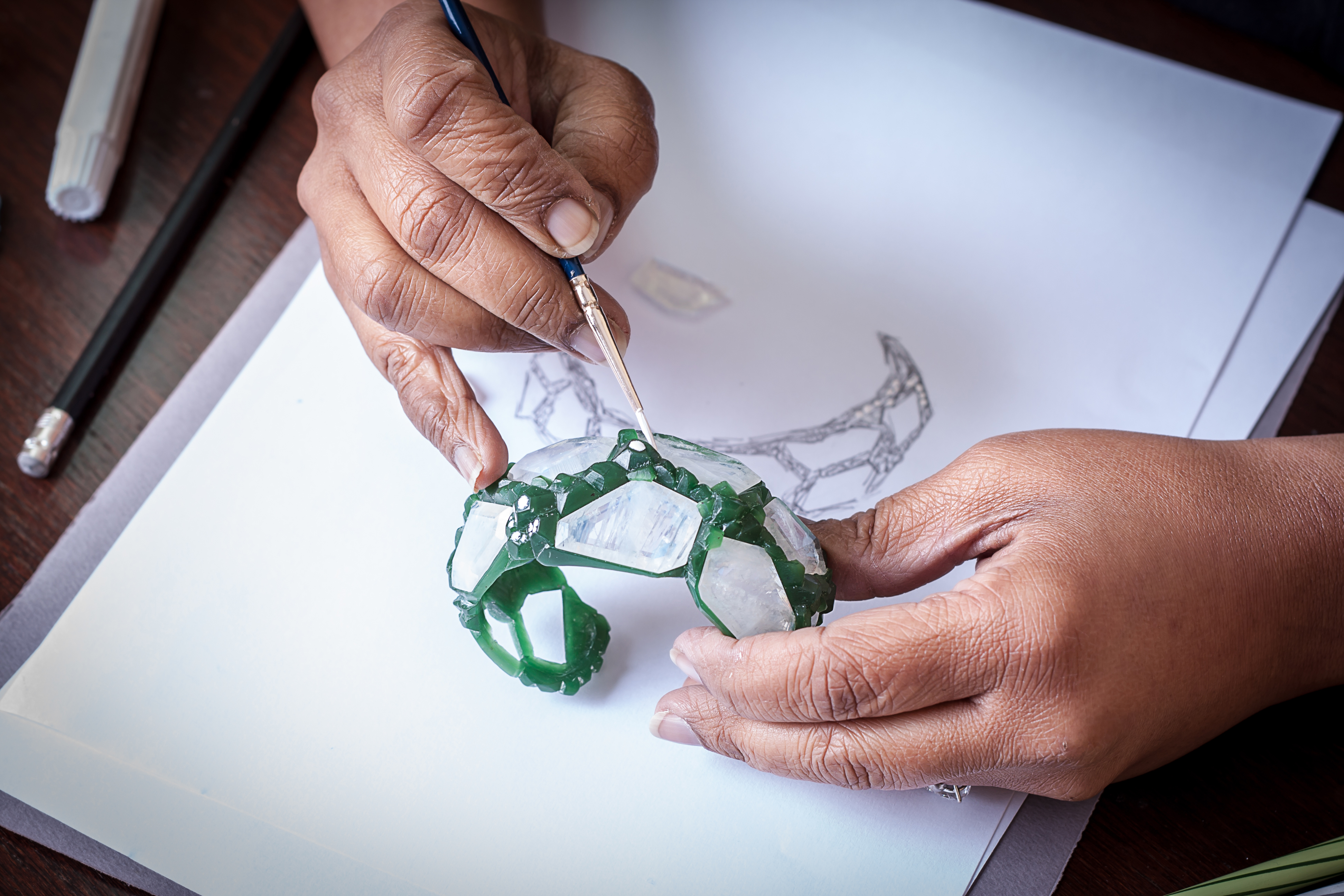 “For the ‘Aialik’ cuff I worked back and forth: I took my model to Jaipur where we re-designed the model to fit the centre stone, then we had to re-cut the complementing stones to fit the model. I realise that very few jewellers in the world still work like this. We have incorporated inwardly set baguettes in this piece, which not everyone would notice, but I believe the right person will appreciate the technique and skill which this requires. My customers look for and understand these very fine details,” asserts Neha. 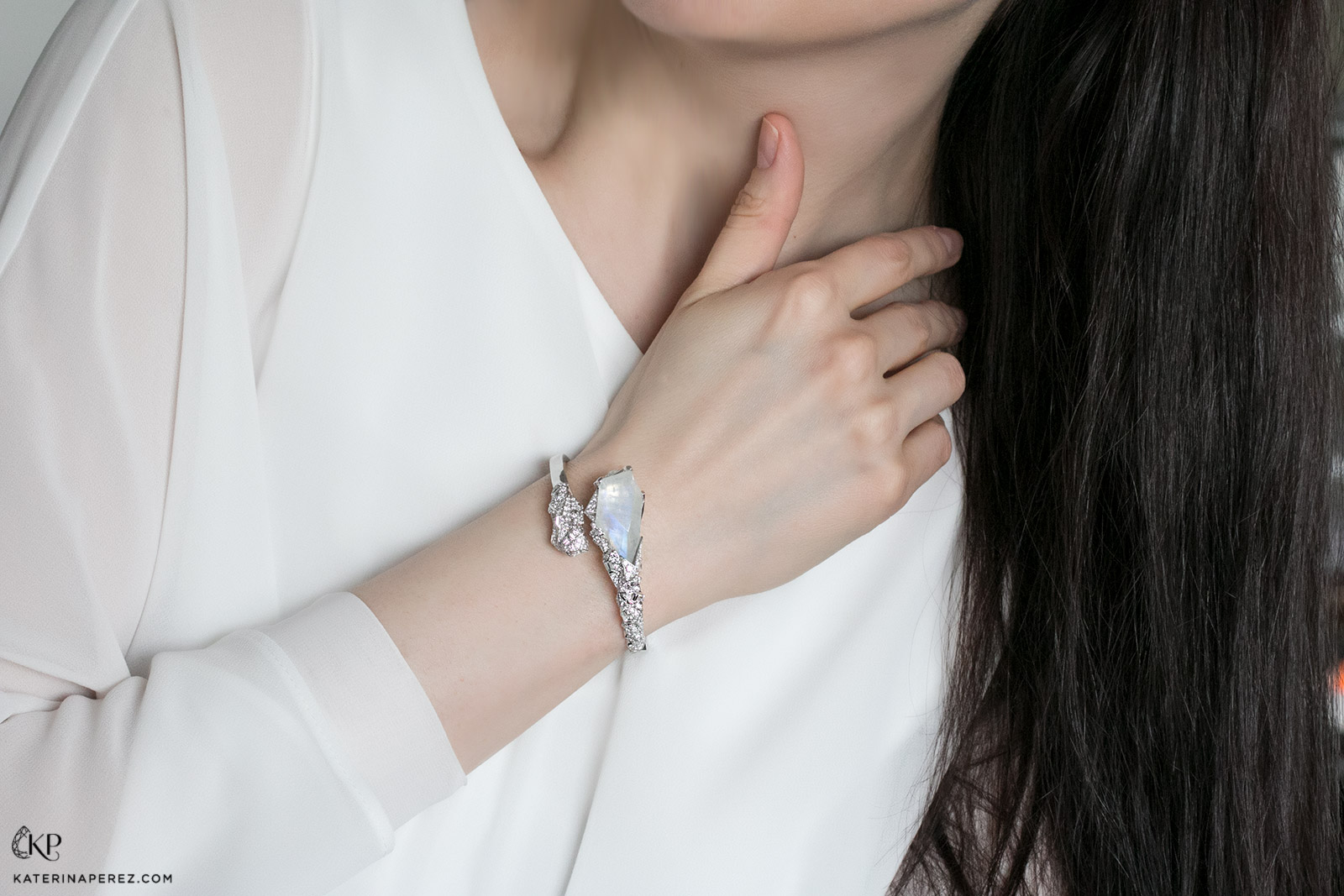 What is most interesting about Neha Dani’s creative process is that it is constantly evolving. The design process leads to many changes which can occur if something is not working or not 100% true to Neha’s vision. The re-making of a jewel starts with a new wax carving in order to give the piece the right form which, according to Neha, is dictated by the jewels themselves.

As a general rule, one of Neha’s pieces usually takes around 6 months to make, with the wax carving process alone taking up to 1 month. After the model is finalised, the setting, polishing and metal soldering come into place one after the other as most pieces are constructed from separate parts. Only after the connections between them are made invisible, the piece is ready and looks as though it appeared wholly formed. 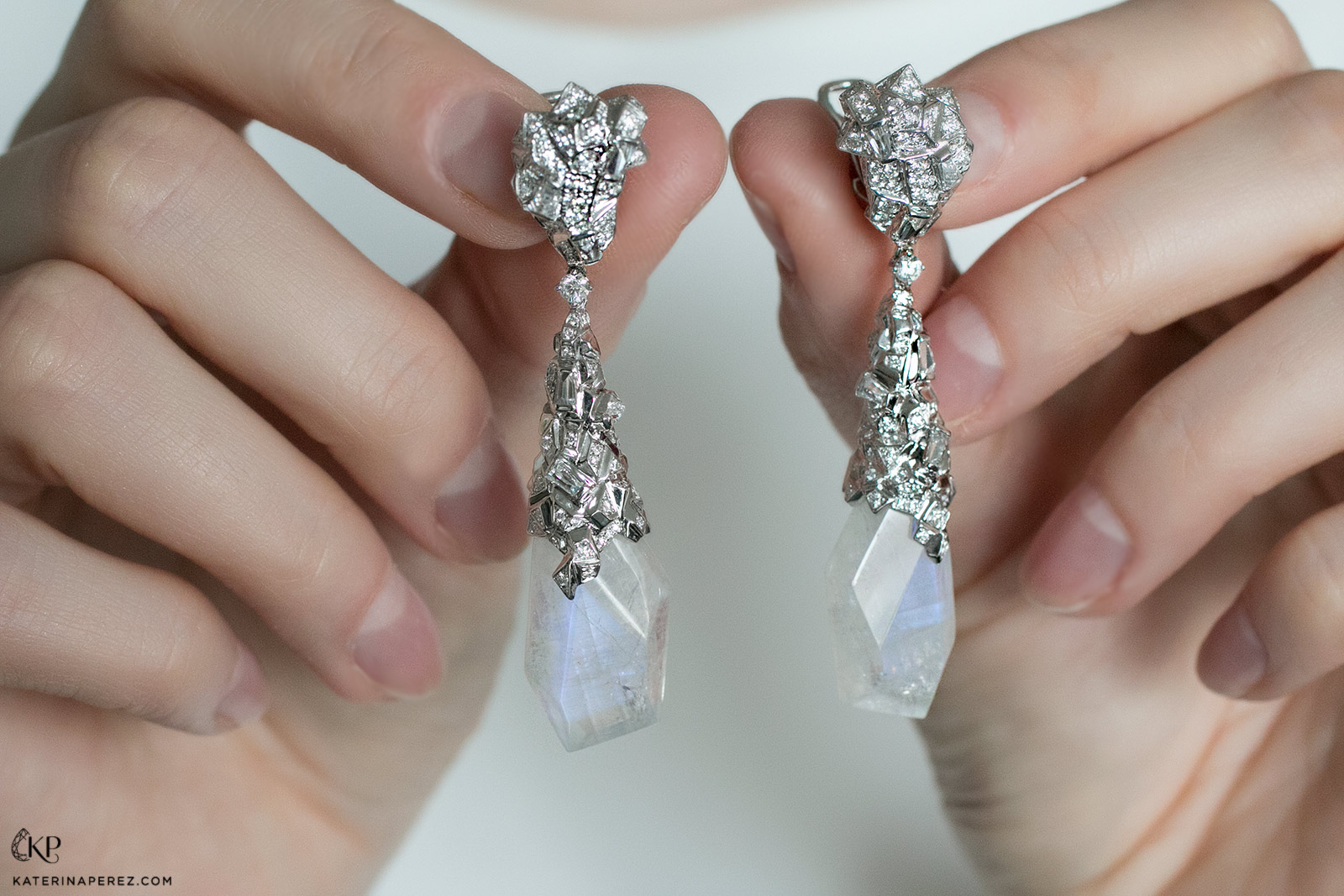 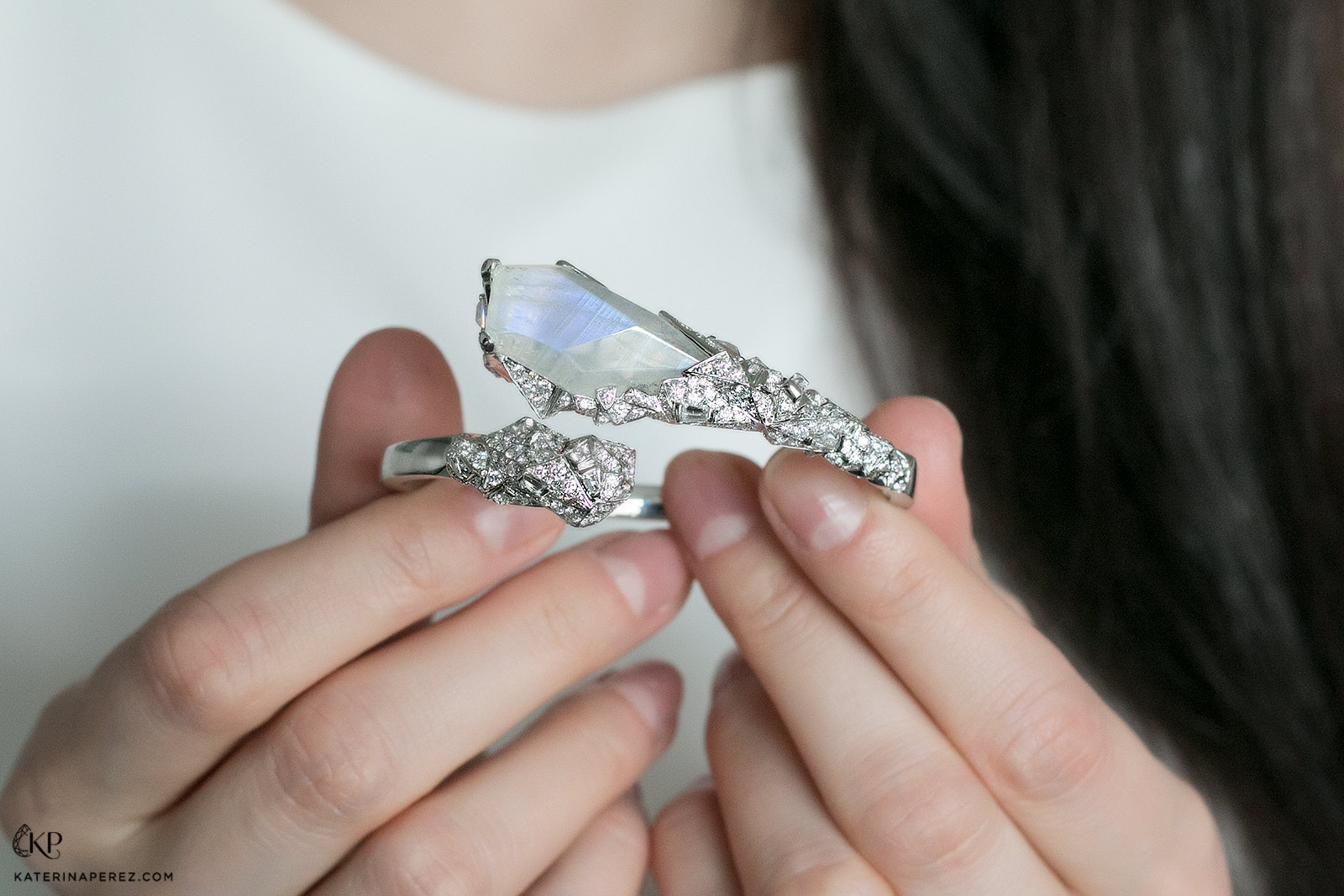 Therein lies the secret to truly spectacular fine jewellery: to those who understand and love the art form, the painstaking skill is inherent in the details of the piece. However, to those who simply love beautiful things, the jewellery appears to have arrived fully formed and perfect as if by some incomprehensible magic. Nevertheless, both types of people are equally filled with awe, and both can appreciate the artistry of Neha Dani’s jewellery.