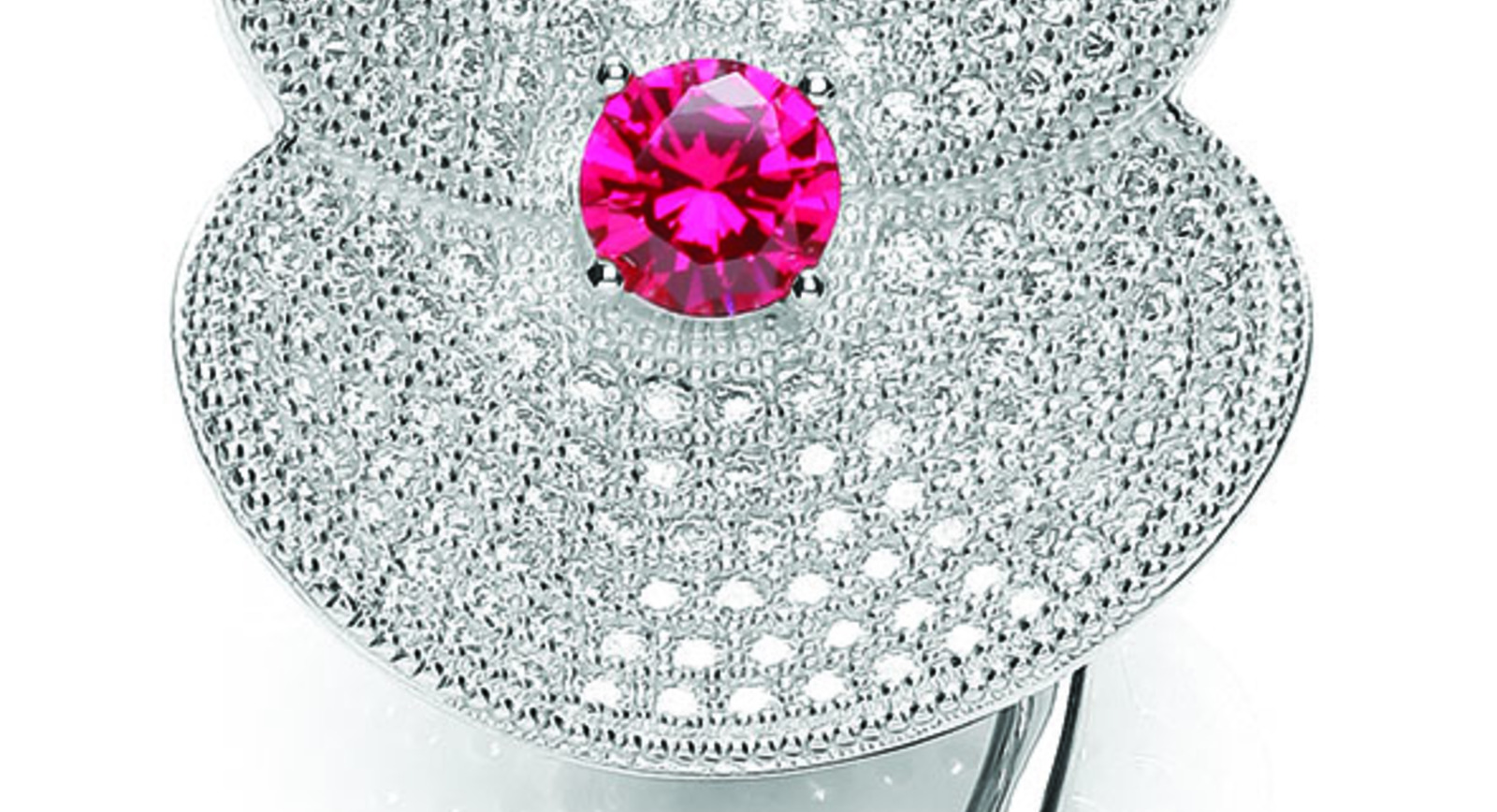 The remembrance poppy has been used since 1920 to commemorate soldiers who have died in war. Inspired by the World War I poem “In Flanders Fields”, they were first used by the American Legion to commemorate American soldiers who died in that war (1914–1918). They were then adopted by military veterans’ groups in some Commonwealth states: the United Kingdom, Canada, Australia and New Zealand.

Today, they are mainly used in the UK and Canada to commemorate their servicemen and women who have been killed since 1914. There, small artificial poppies are often worn on clothing on Remembrance Day/Armistice Day (11 November) and in the weeks before it.  – Wikipedia

To support the Royal British Legion this Remembrance Day, BOUTON, a premium sterling silver brand, has released a limited edition sterling silver jewel-encrusted poppy. The bejewelled flower is overlaid with BOUTON’s signature pavé setting and features a 1 carat flawlessly cut red simulated stone that resembles a ruby. Sparkly crystals that cover the beautiful poppy are set by hand using a special micro-pavé technique. Although time-consuming, the technique makes each BOUTON creation look as refined and expensive as a fine jewel.

Adrian Buckley, the founder of BOUTON jewellery, has been a long time supporter of the Royal British Legion. Buckley London, the costume jewellery company that also belongs to Adrian Buckley, launched their first poppy in 2010. Since then £2.5M has been raised for the good cause. Now, at least 30% of the £99 that the Jewelled BOUTON poppy retails at will be donated to The Royal British Legion. 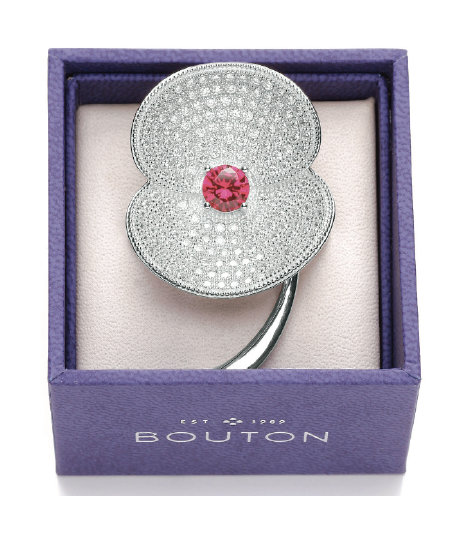